Woke up, had some tea with Nurzhan, and then I got on my way again. Nurzhan’s dad had been telling me about an uphill slope I was going to have to tackle. And he was right, it sucked.

But there was a reward at the end: 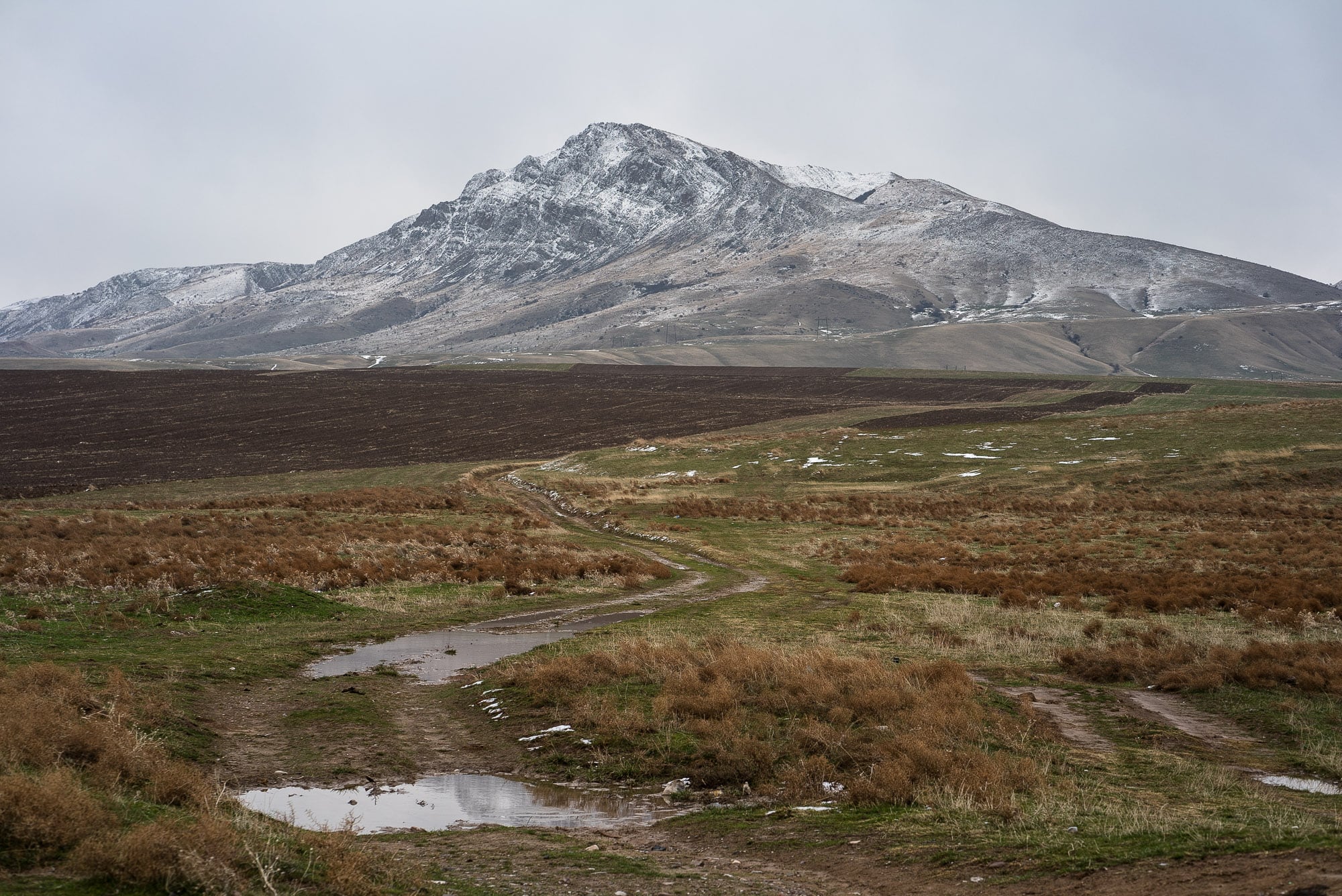 The Caboose liked it very much: 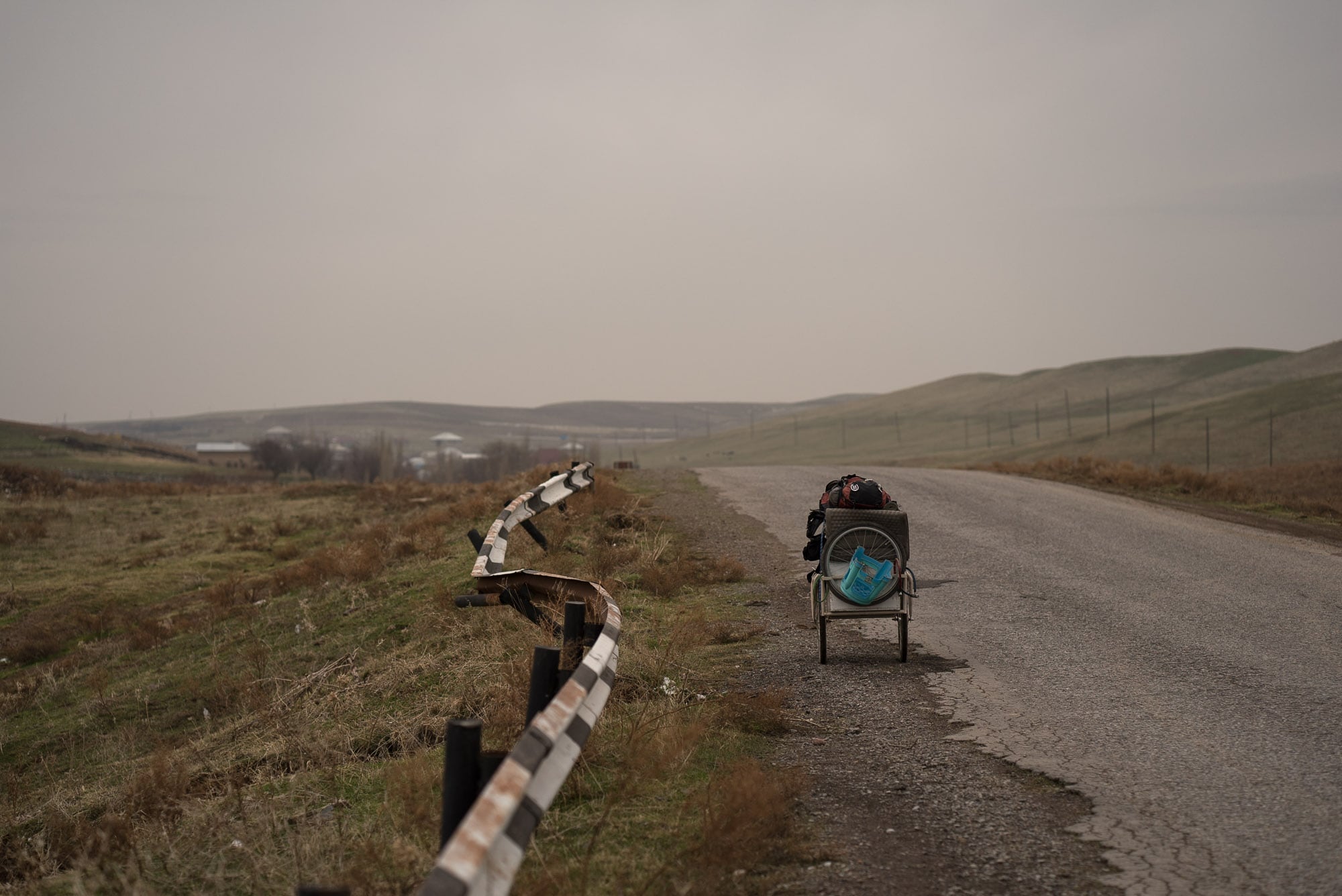 But I was still out of shape:

And then then rain came: 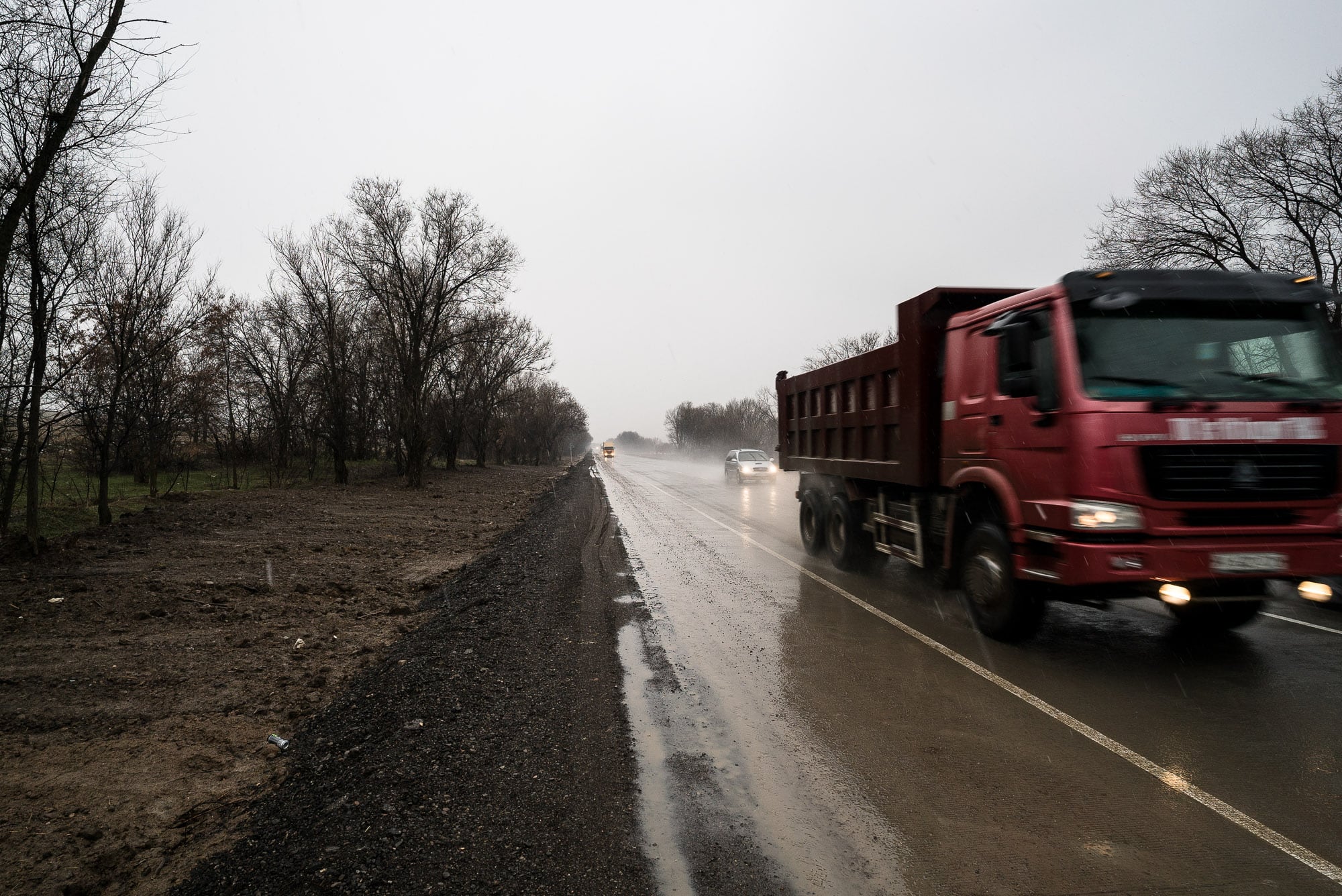 It sucked much more than the slope:

Rain is okay if it’s warm. Snow is okay if it’s cold. But this icy rain desperately wanted to become snow, only it wasn’t quite there yet. And it went on for hours. So I popped in some Cradle and stomped through the wet cold.

At one point I decided to do something that I probably should have done a long time ago: 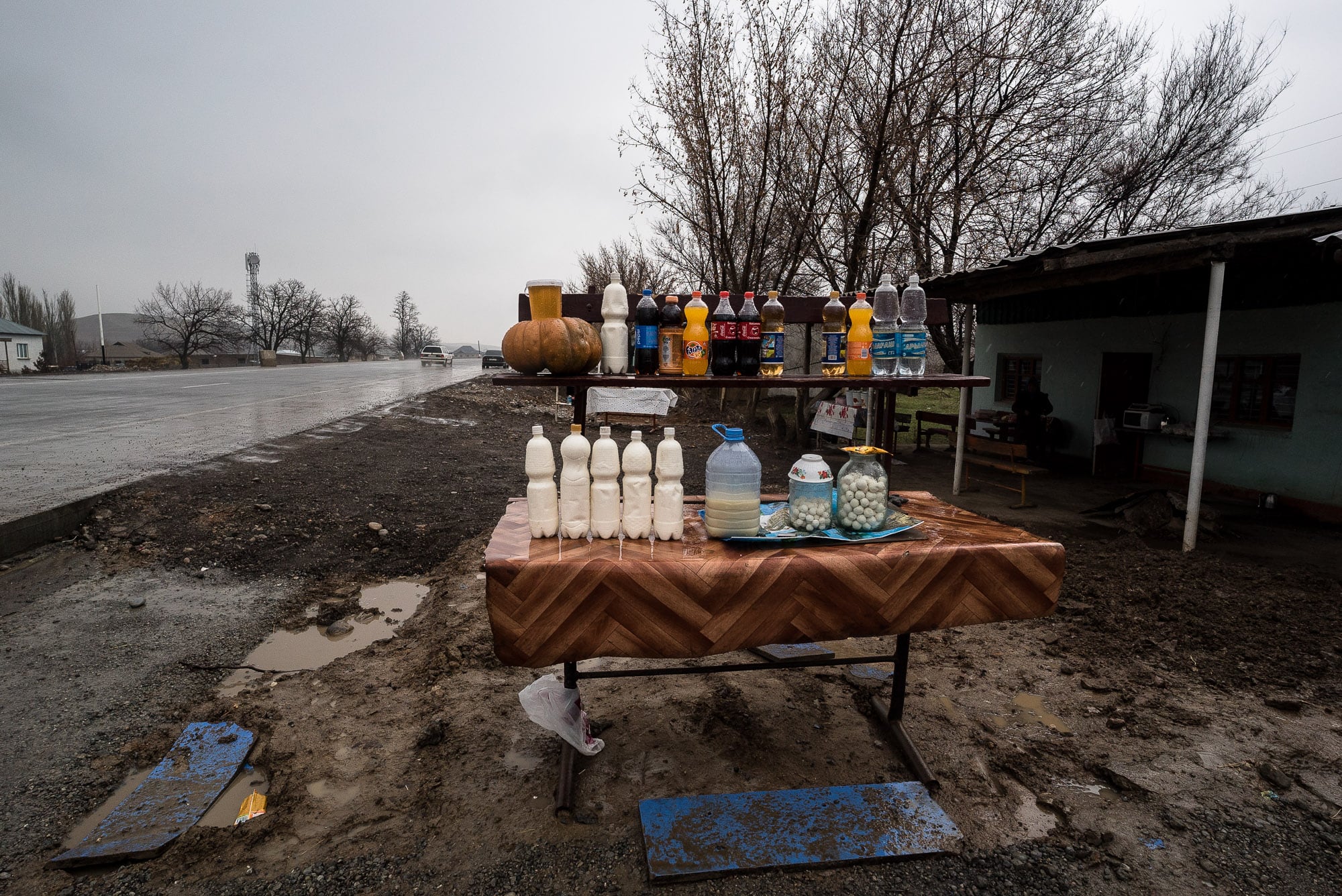 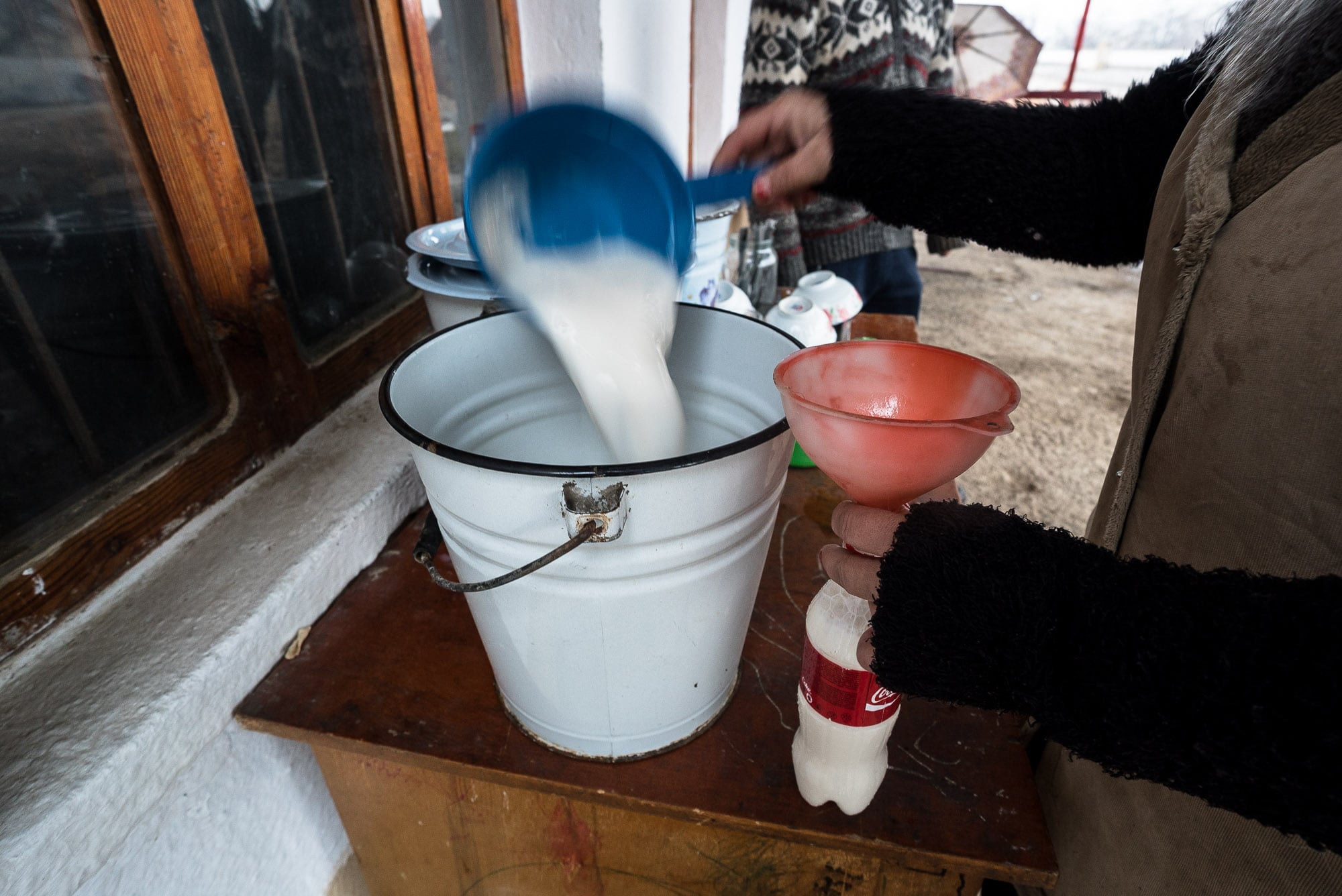 It didn’t exactly cheer me up.

But this guy did: 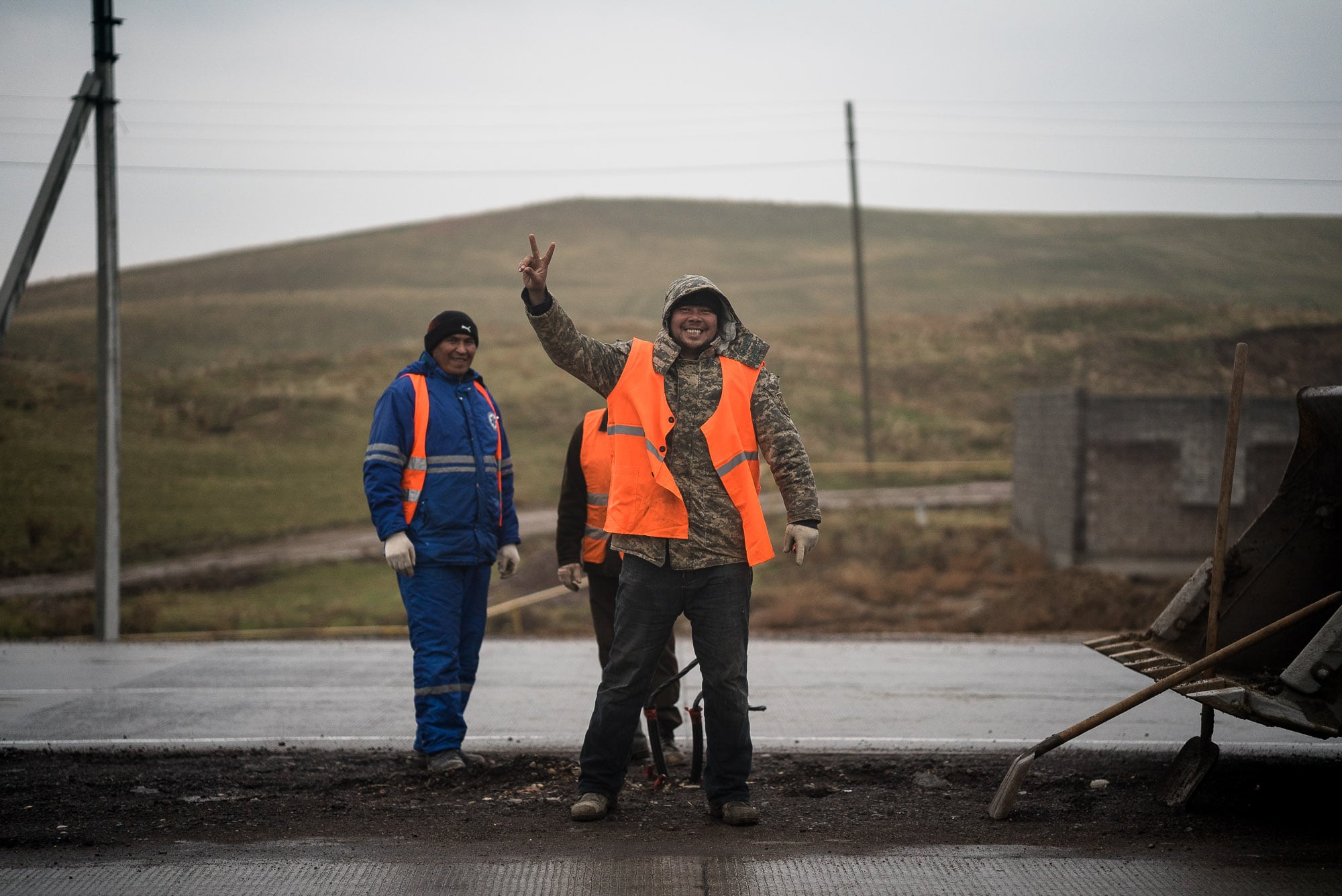 His name was Yerik, and he was one of those people that just radiate optimism: 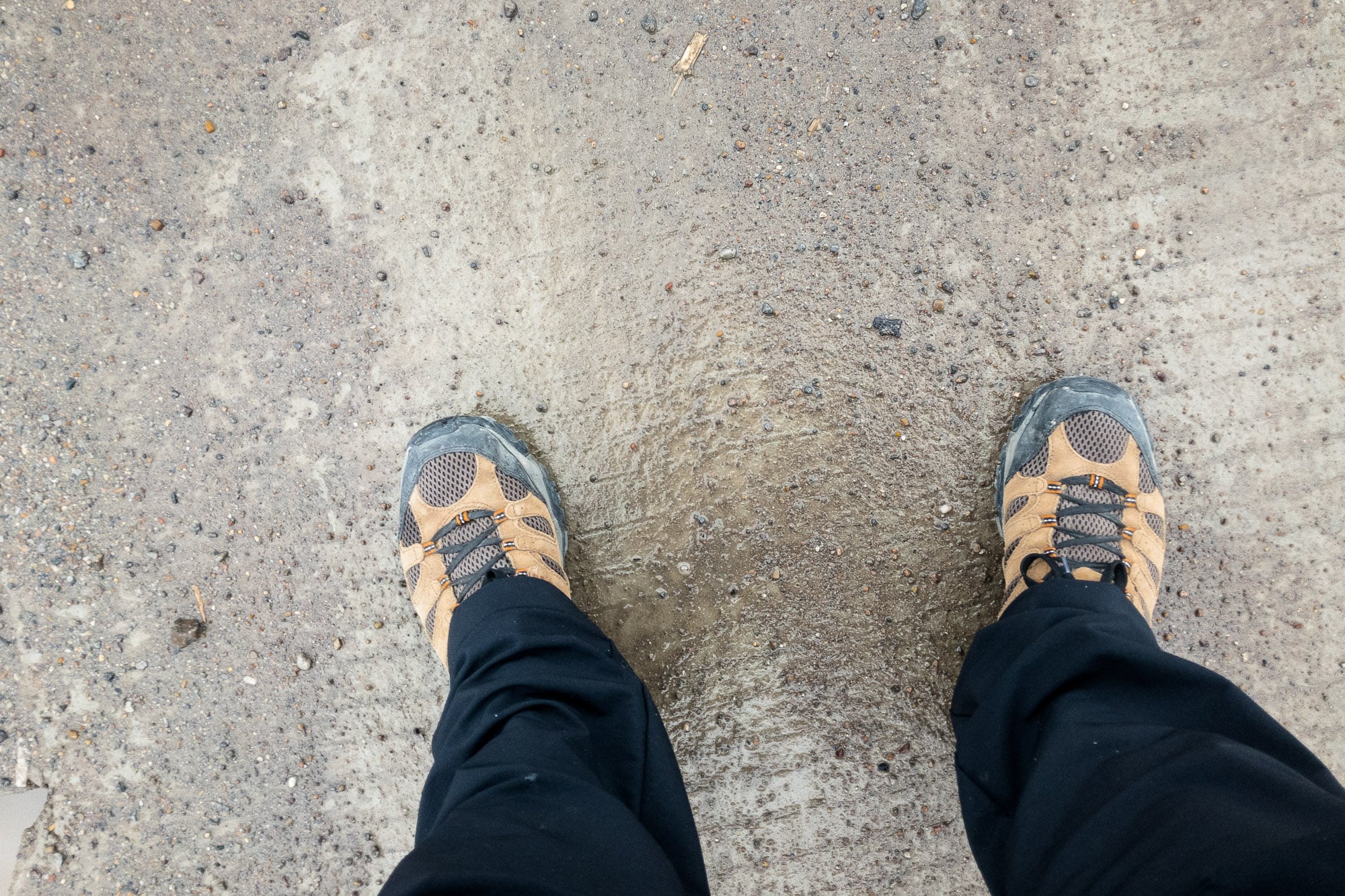 Once the rain had stopped, I decided to change out of my wet shoes. This is one of the many luxuries of having the Caboose: I can lug around two pairs of shoes. Or three, or four. It doesn’t really matter.

Walking was a bit easier after that, especially since I was staying on a newly built stretch of road that wasn’t yet open to traffic: 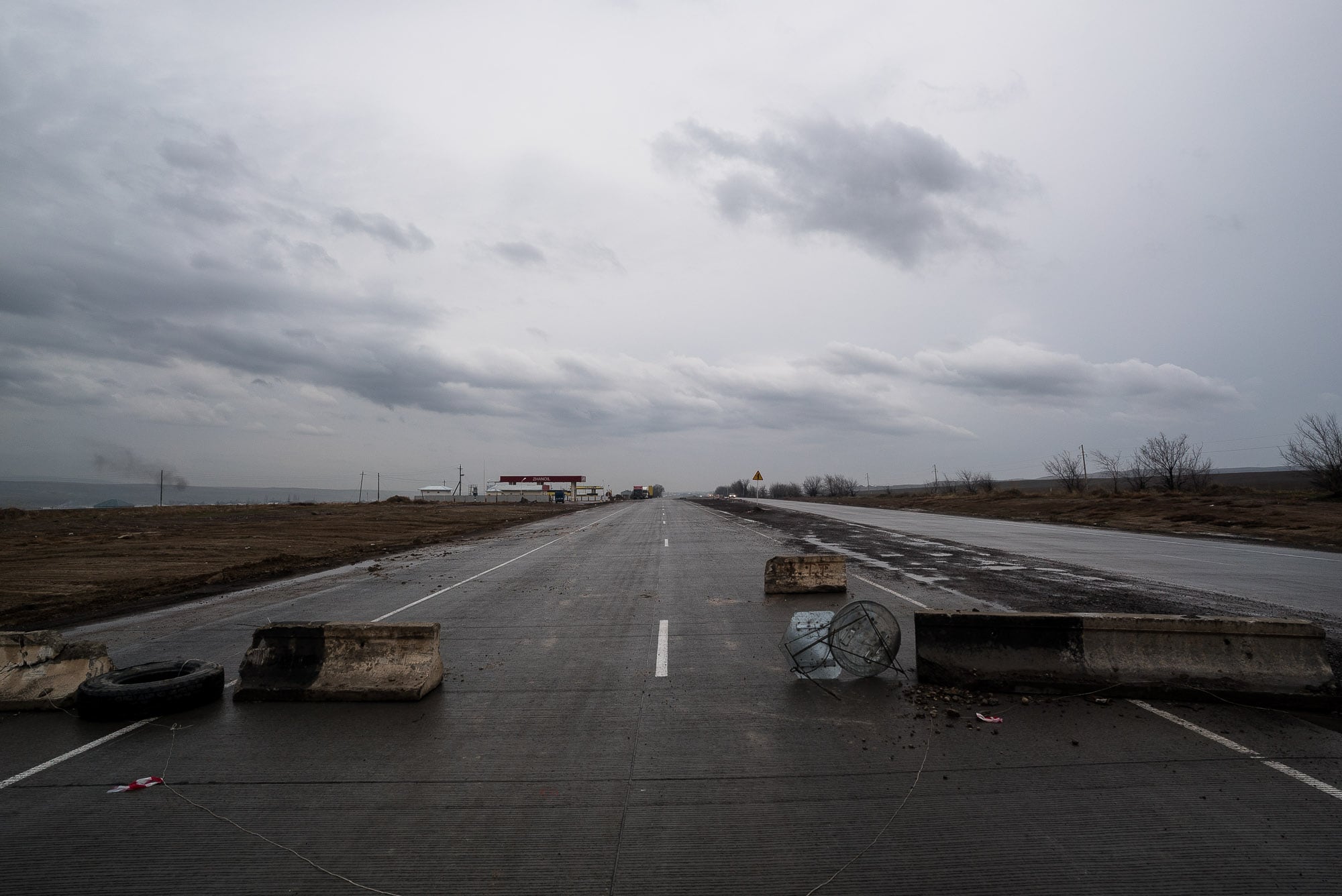 I eventually reached the regional center of Kazygurt: 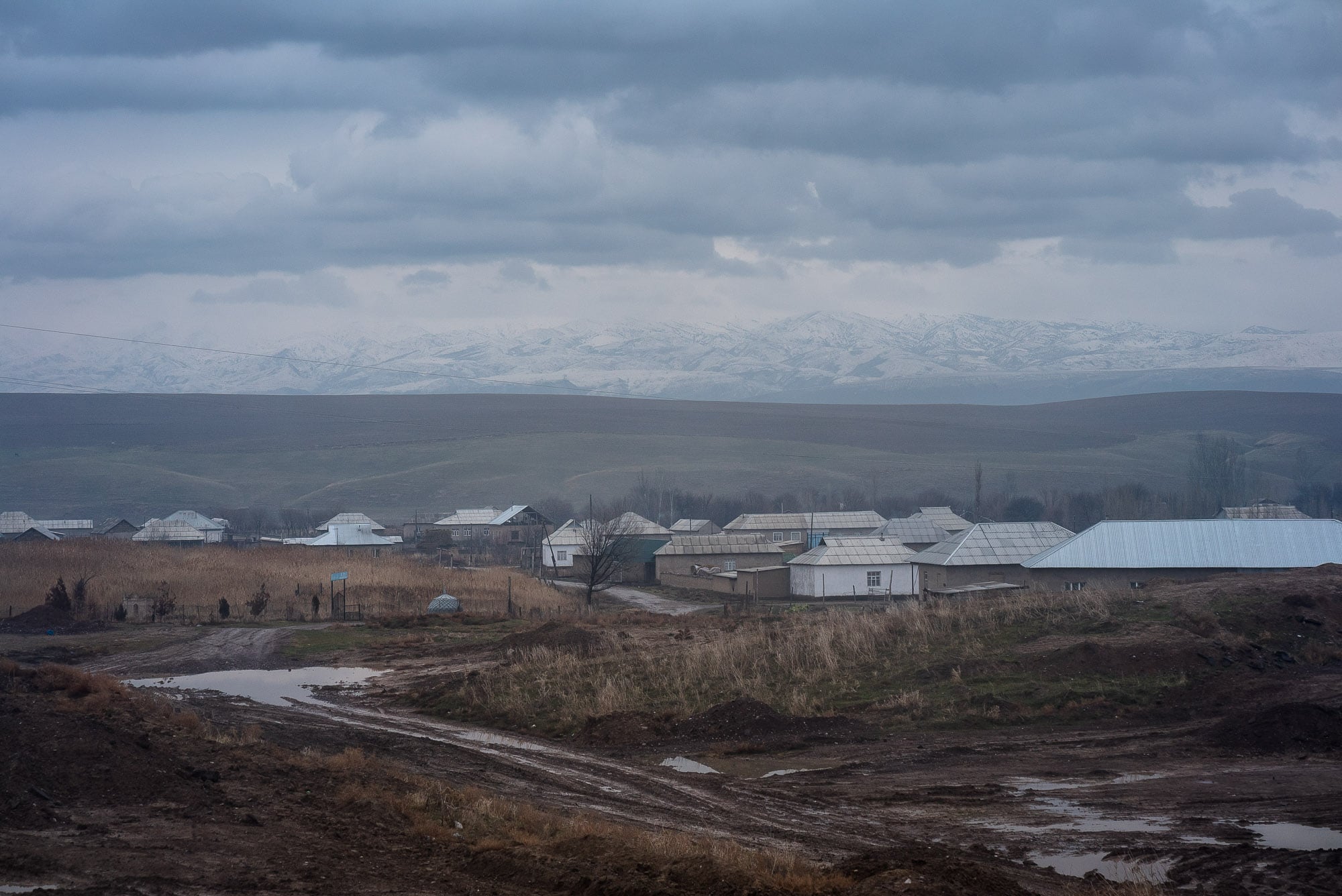 I had high hopes for this place. There was going to be a hotel, I was sure. And a burger place. Or at least a kebab house.

So I waltzed in on the sidewalk: 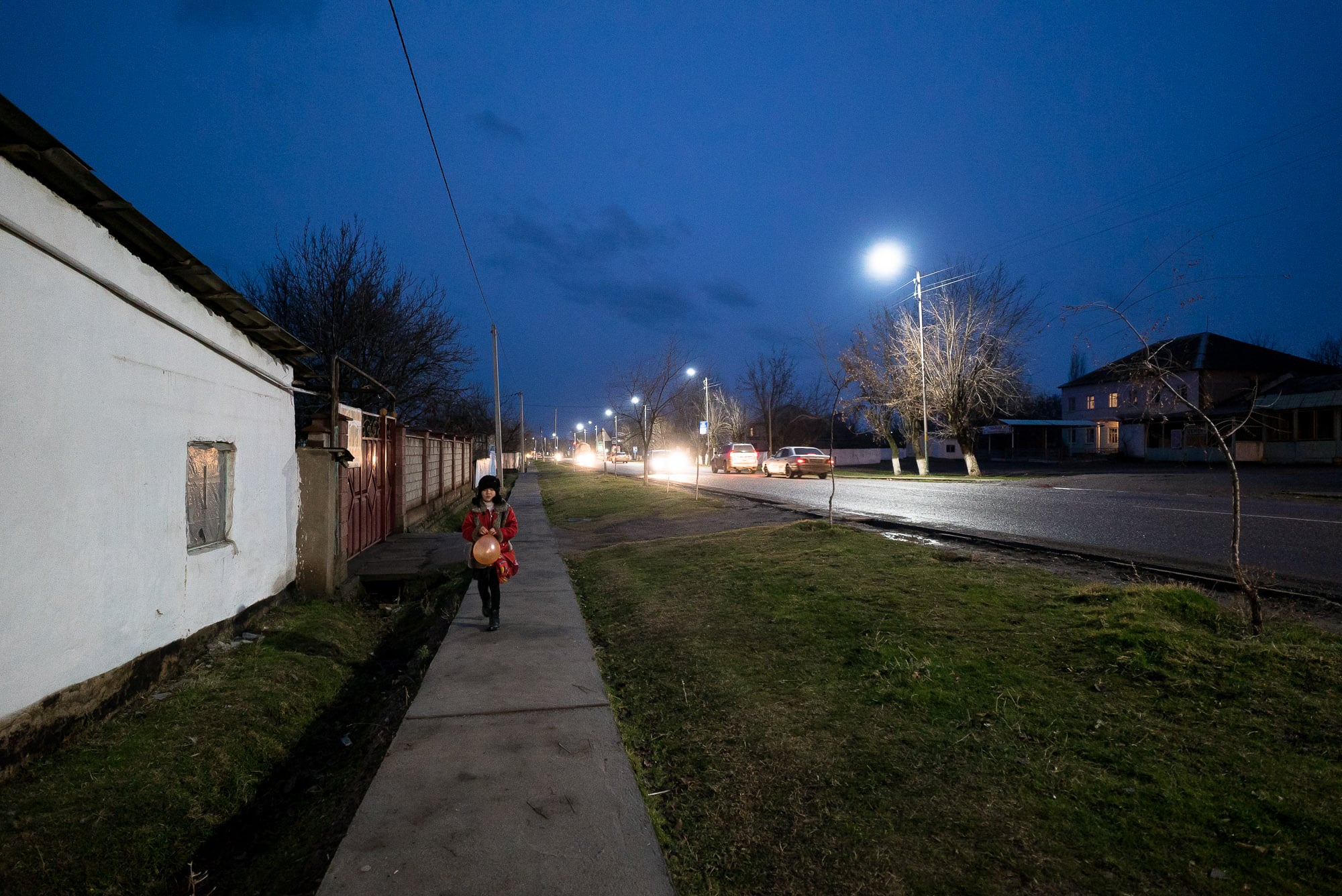 And stopped to marvel at what was obviously a discotheque: 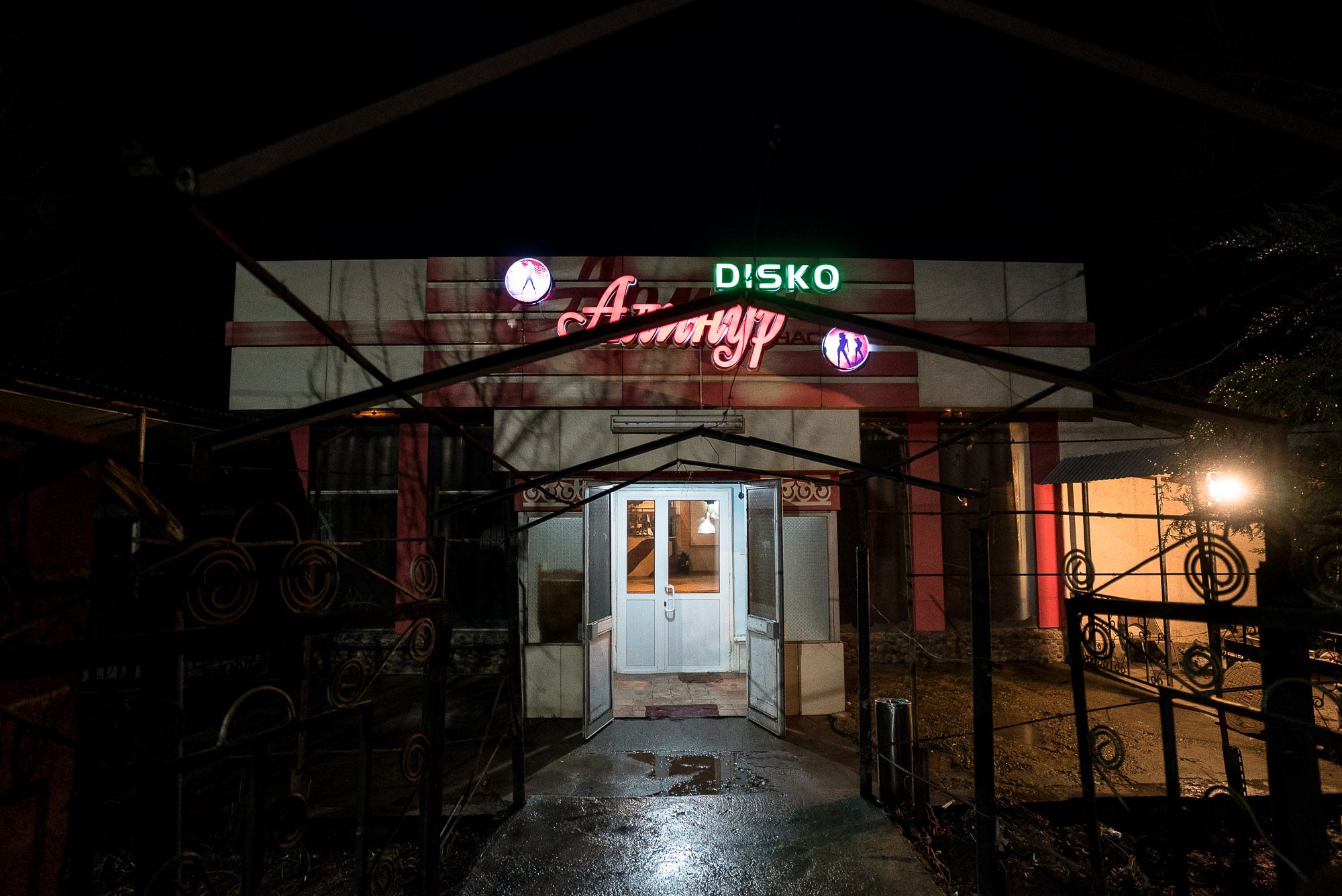 If this place has a disco, I thought, then it will surely have a hotel!

It was at this point that I felt a hand on my shoulder.

Yerik, the friendly construction worker, was on his way home from work and stopped to say hi. He told me that there was no hotel in Kazygurt. Then he left me his number in case I needed help.

I continued walking for a while, until I was in the center, next to the bazar: 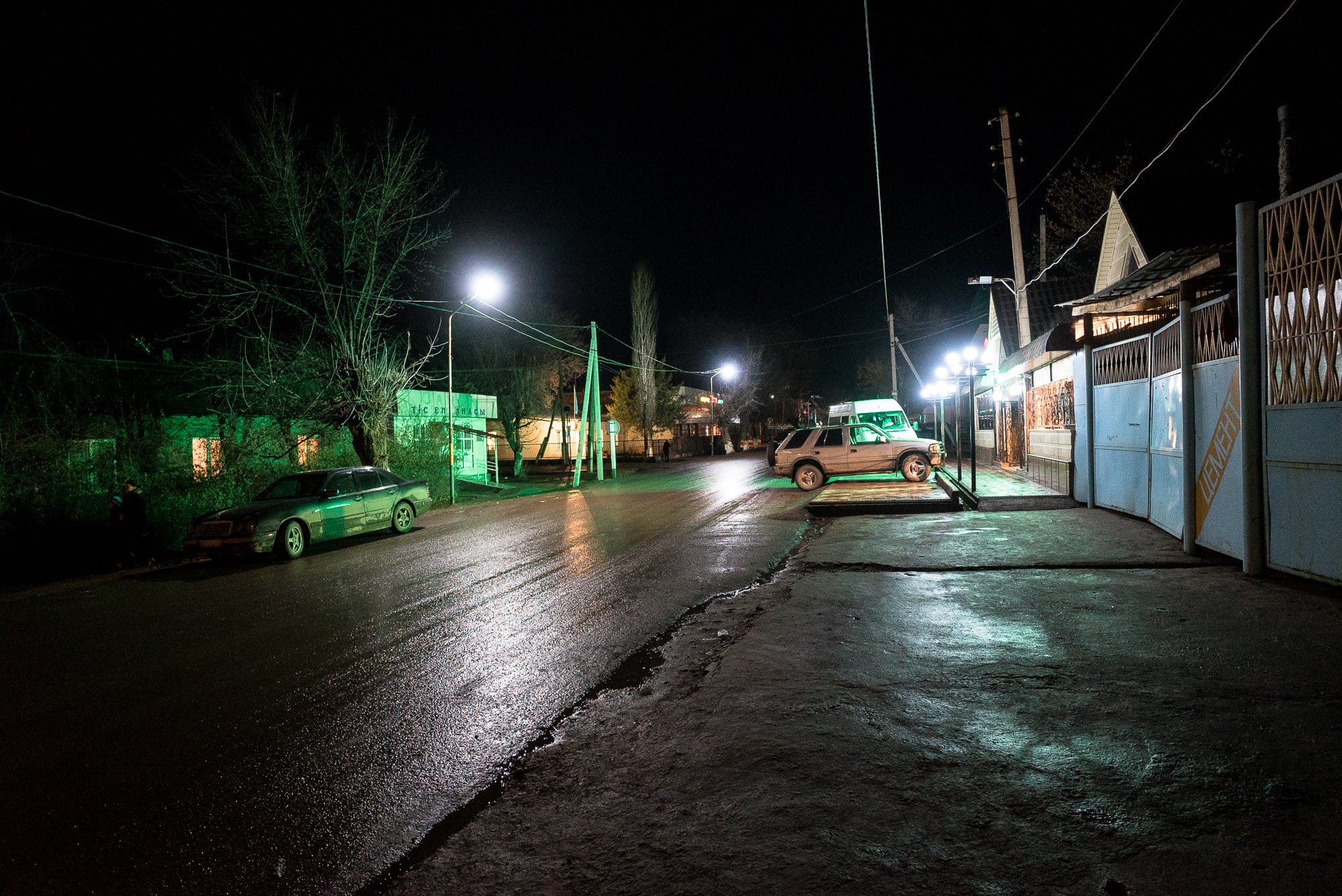 But there was no hotel.

So I called Yerik, and he came over right away and told me to follow his car through the dark: 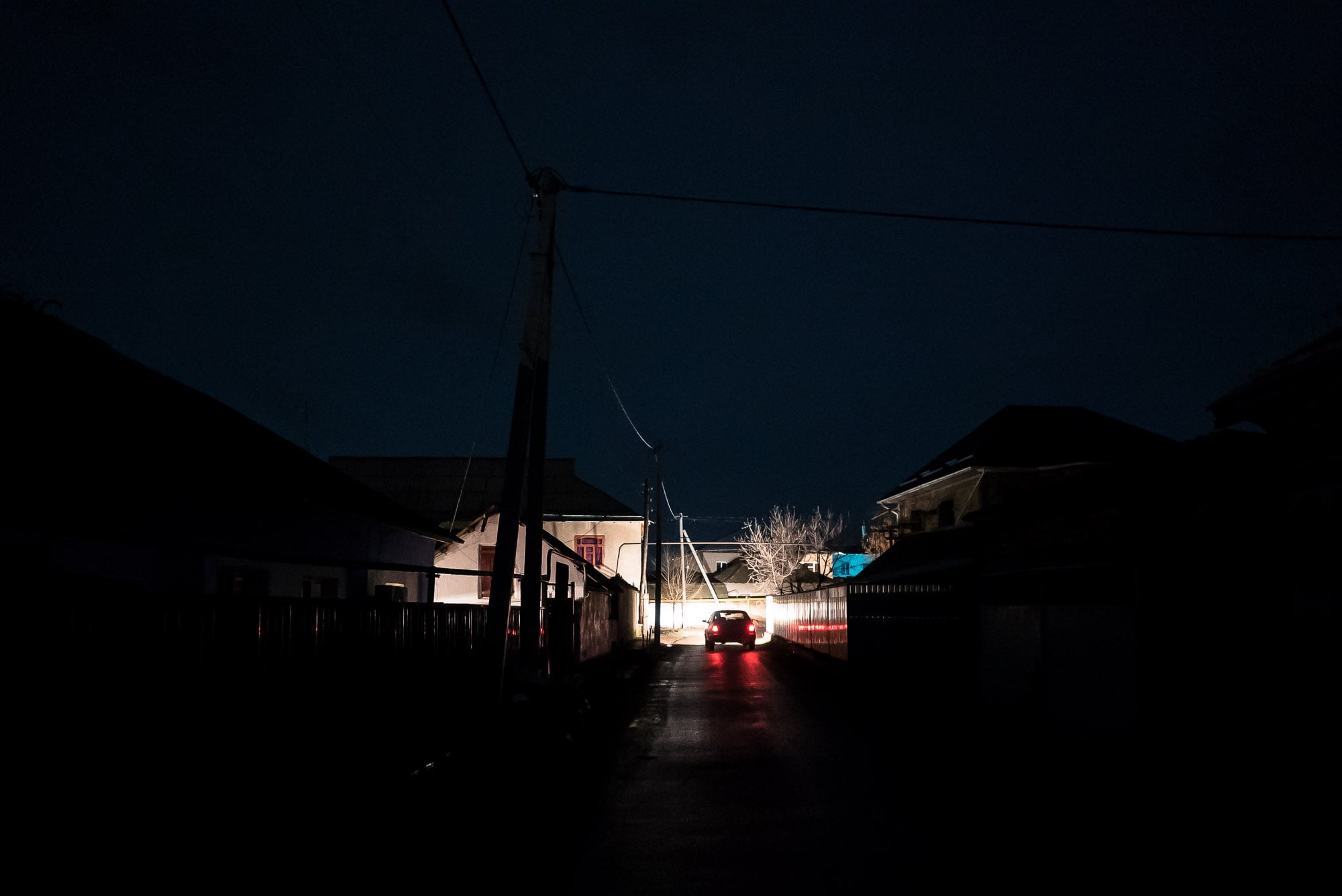 When we arrived at his place, I was welcomed by his family: 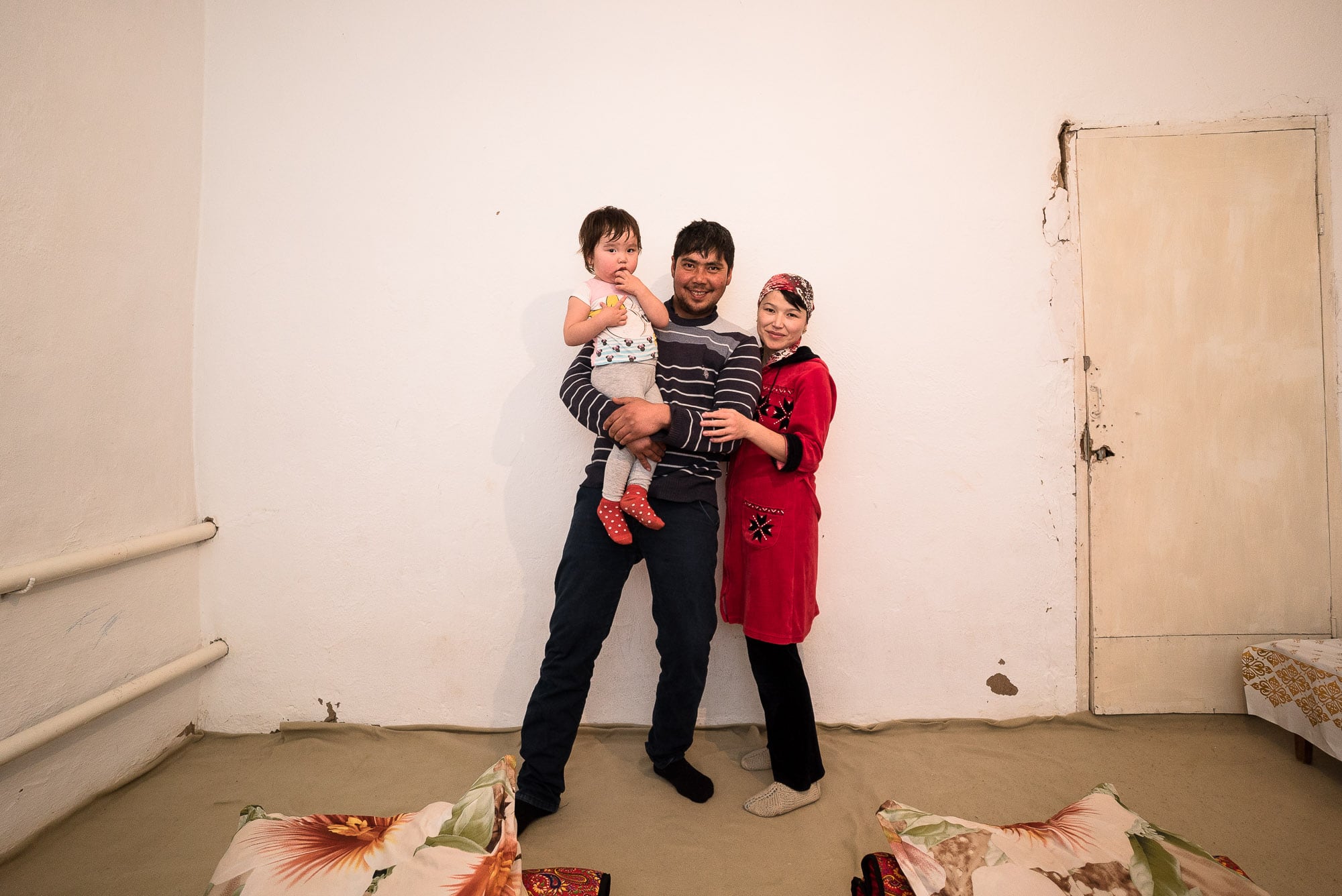 His wife, his kid, and his little brother: 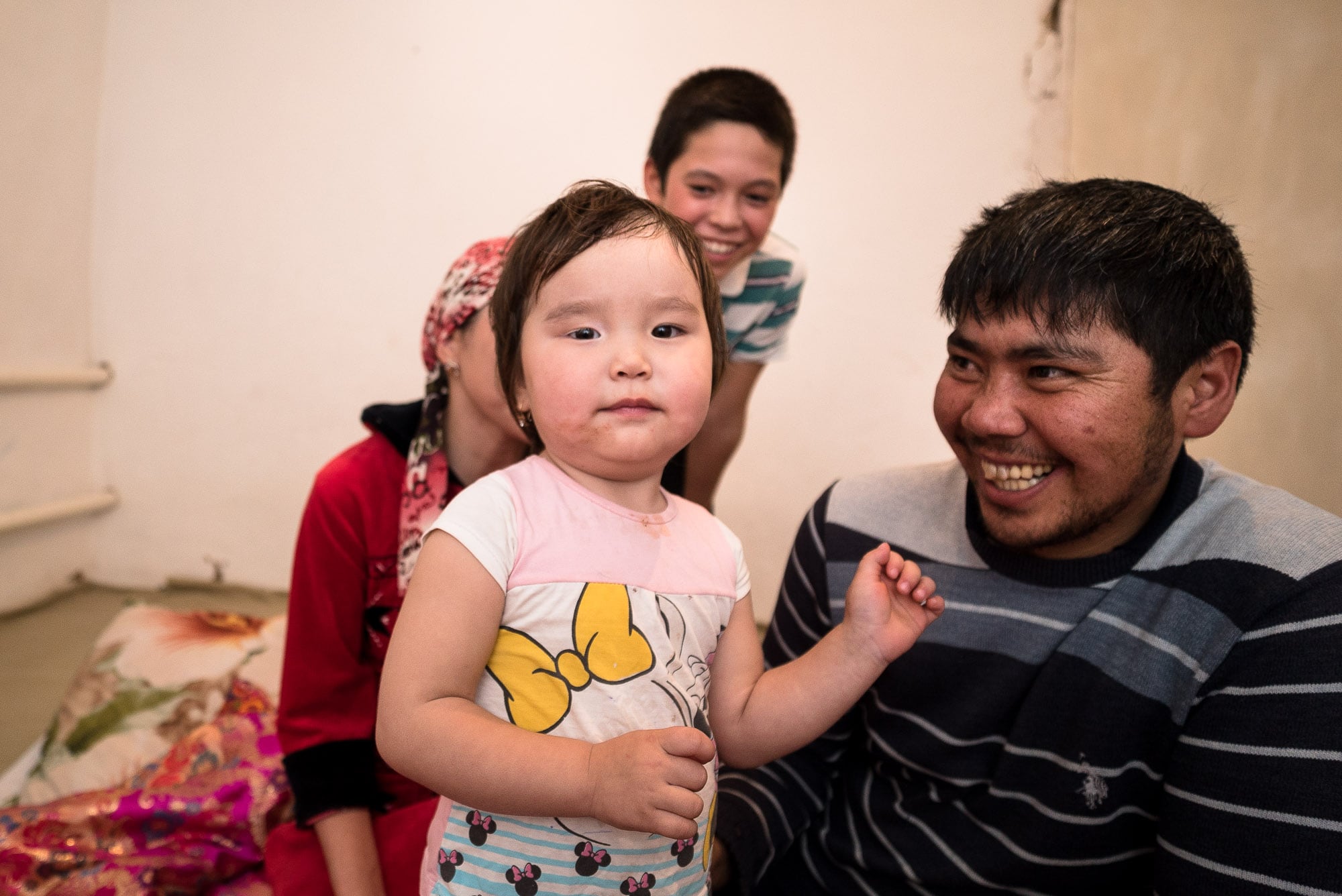 We had dinner, then we went to see his cousin who owned a car body shop and showed some of his German license plates: 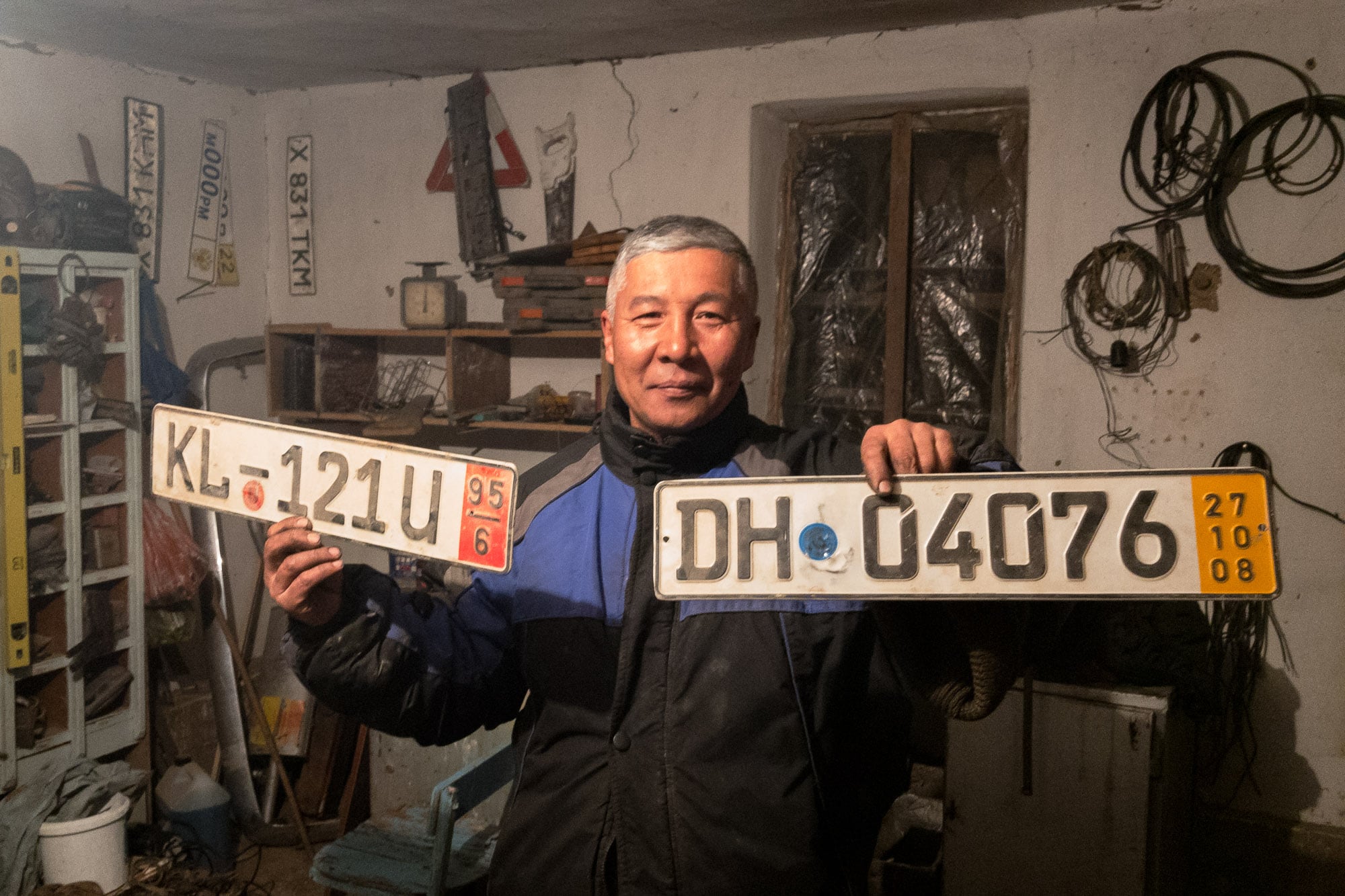 Then we called it a night.

Day 592
from Rabat to Kazygurt