I had to leave early in the morning, because it was going to be a long way today.

So I left the house of the friendly Azeri family at around eight: 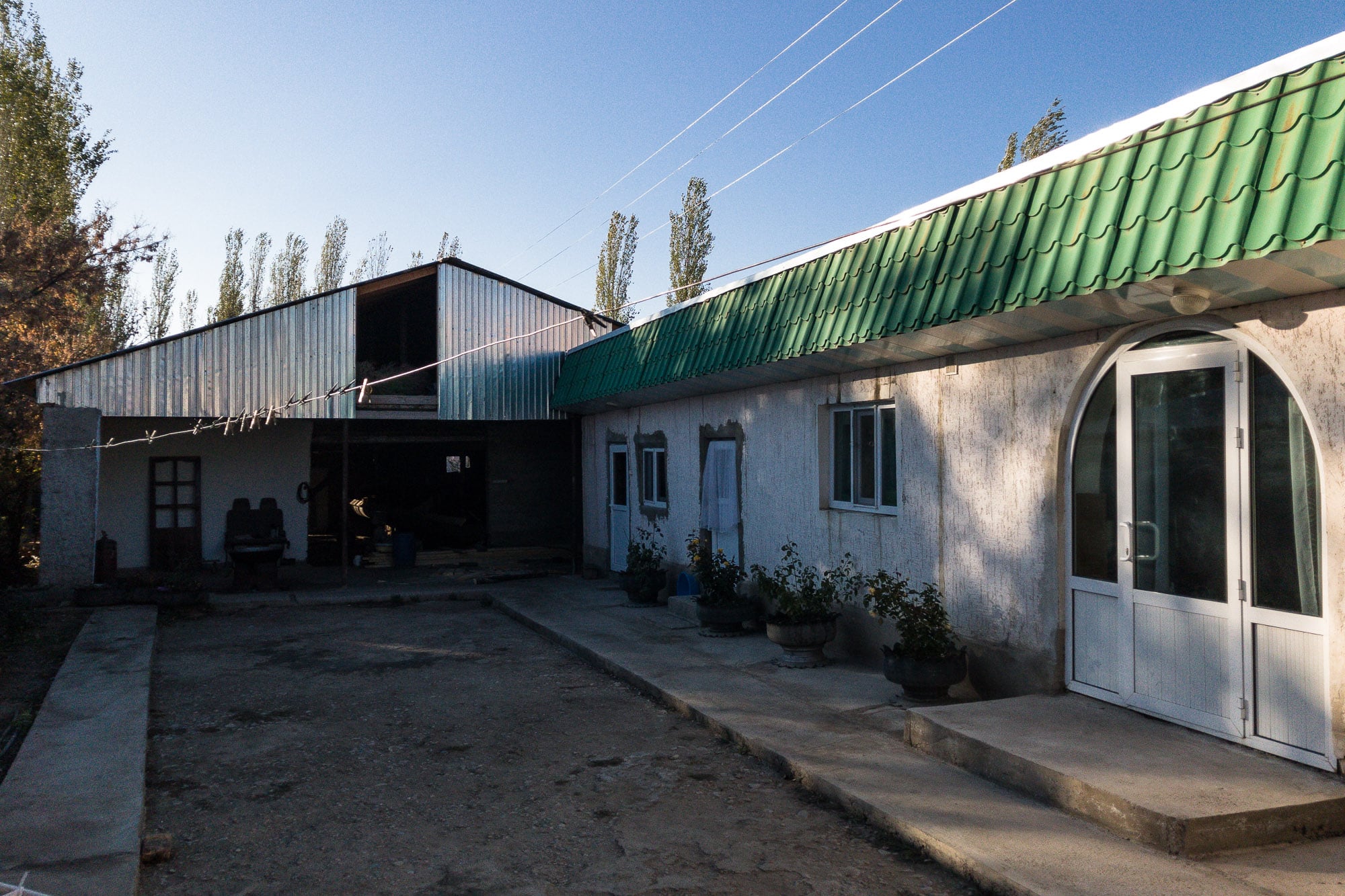 Walked past a little shop: 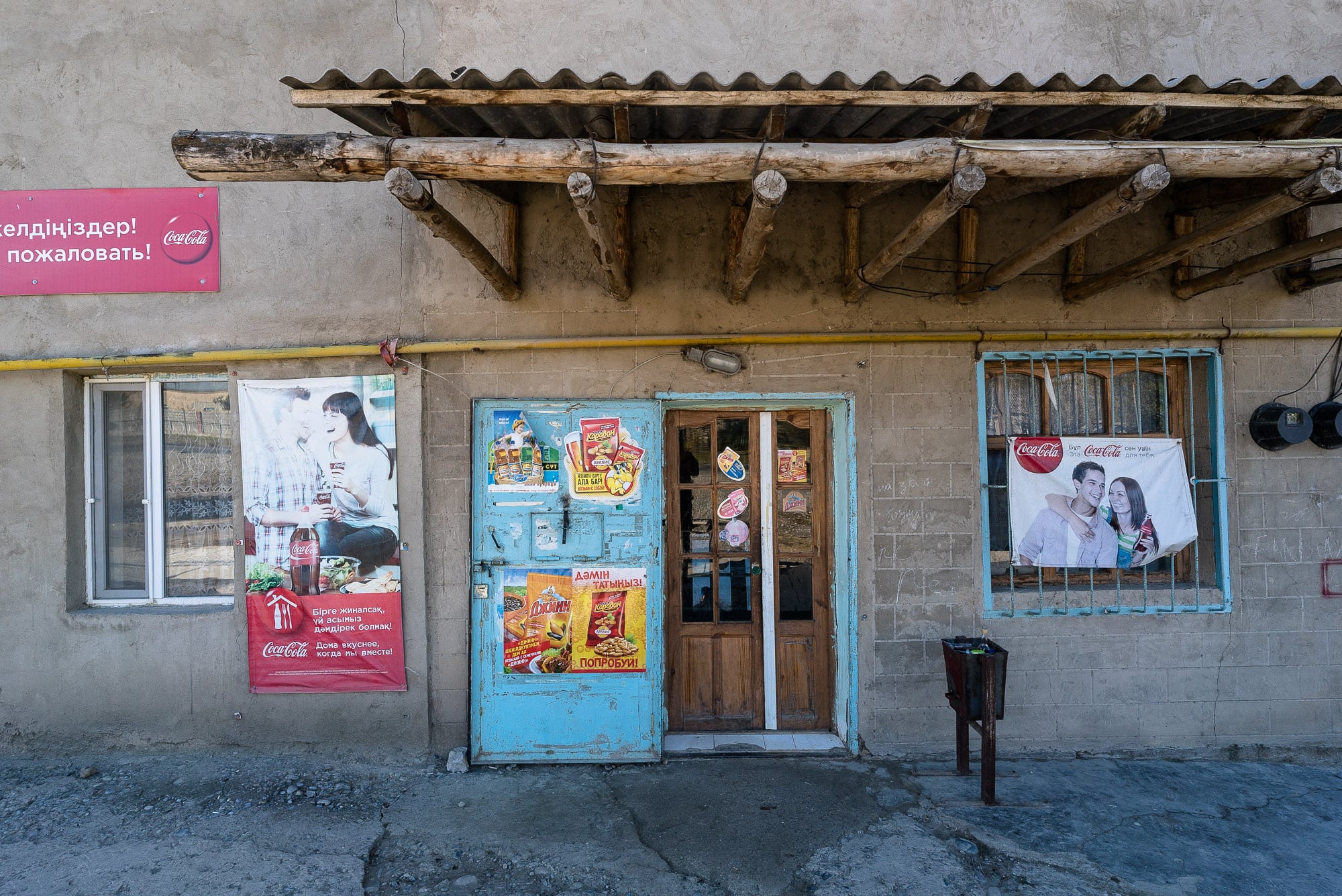 And then I was out on the highway again: 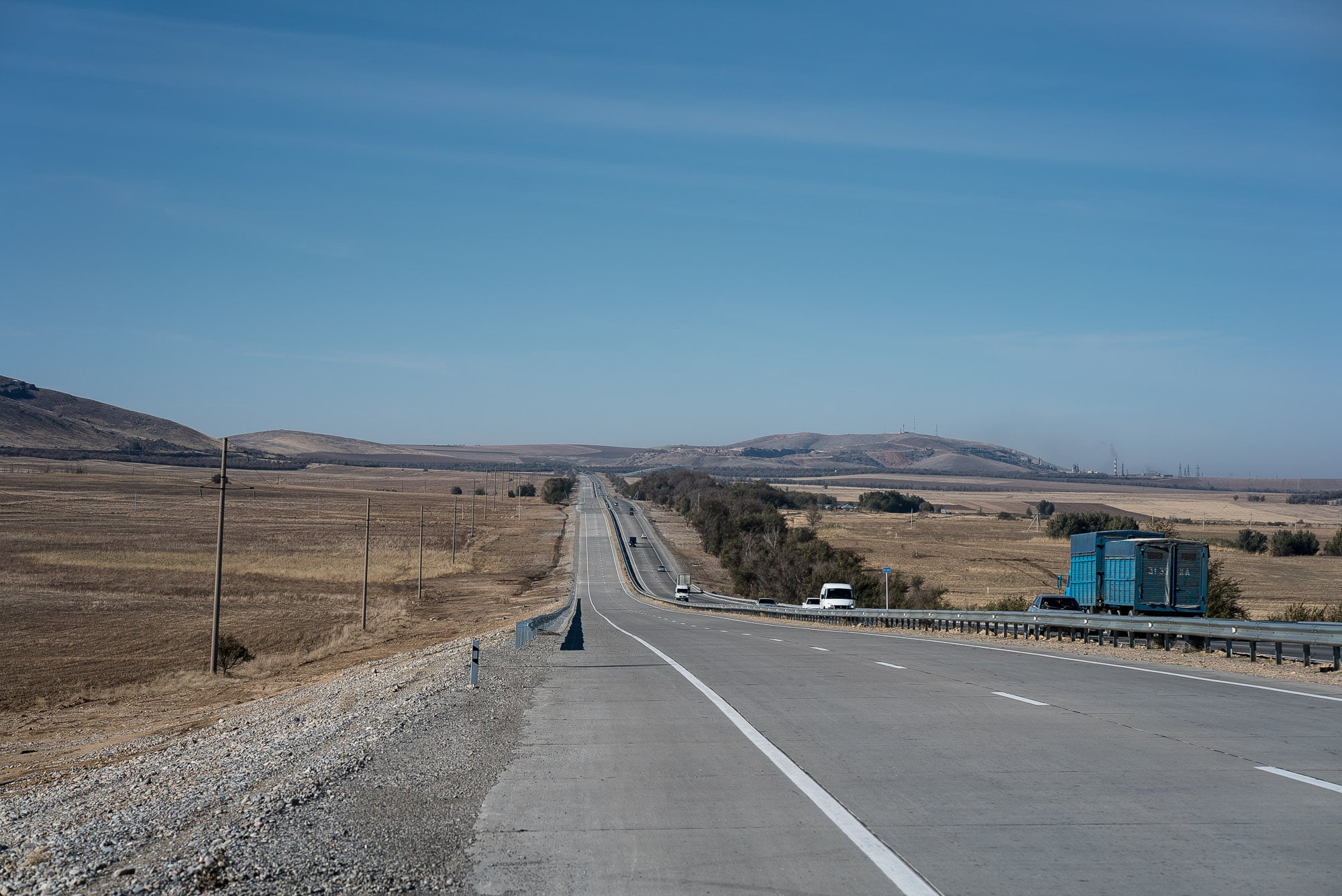 It turned out to be hills all day. Just up and down, down and up: 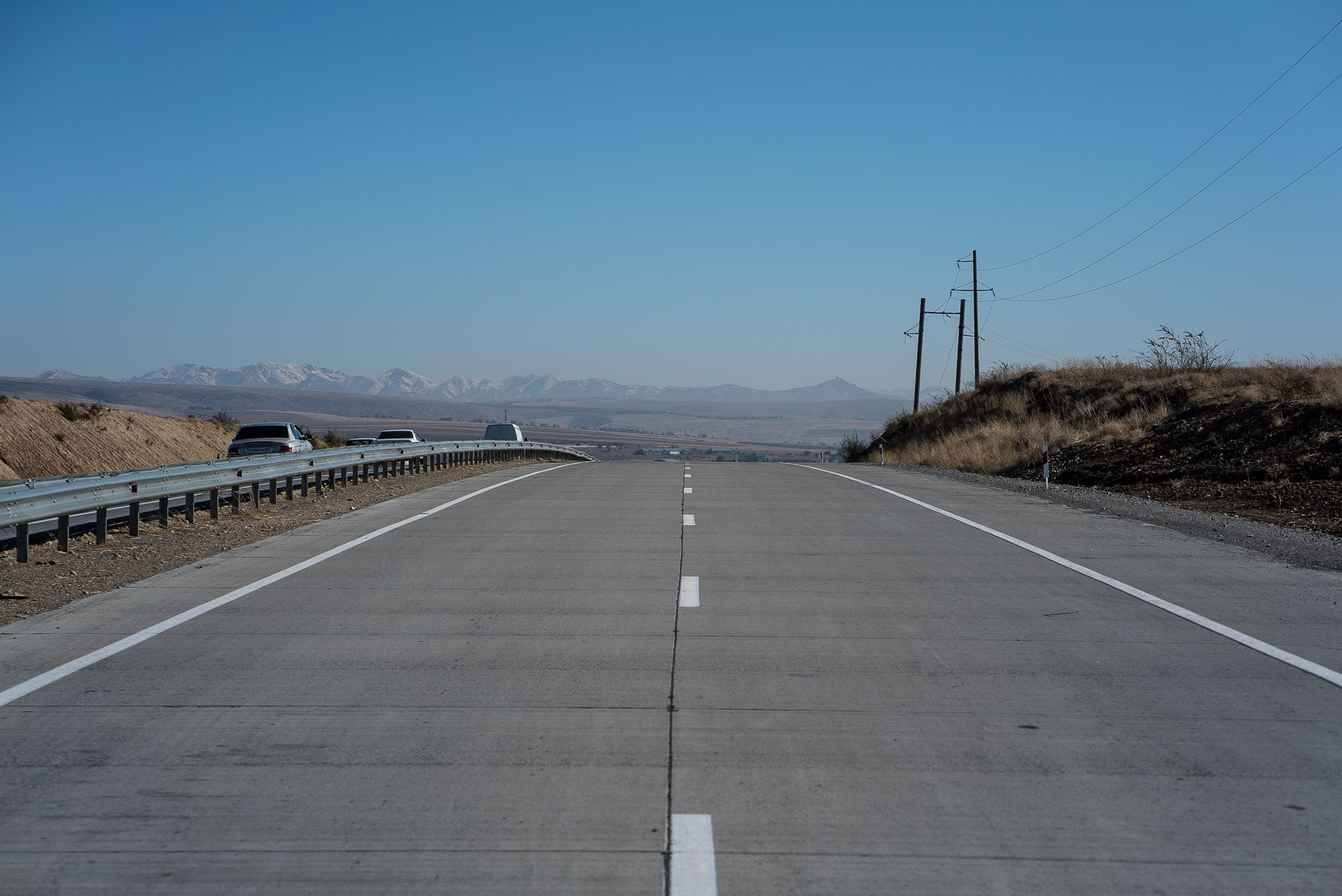 The Caboose liked it. She digs stuff like that: 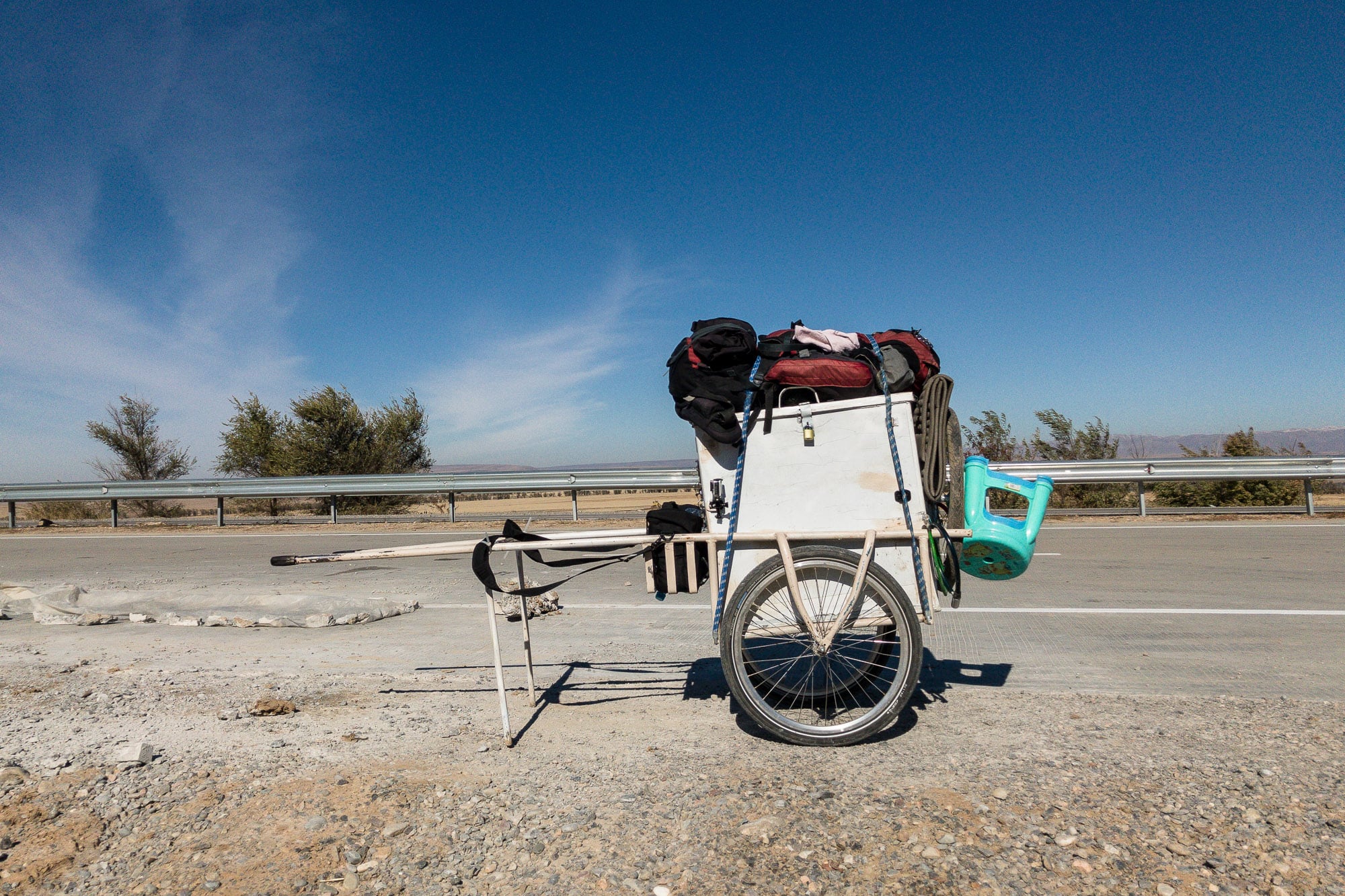 But I would have preferred a level road. 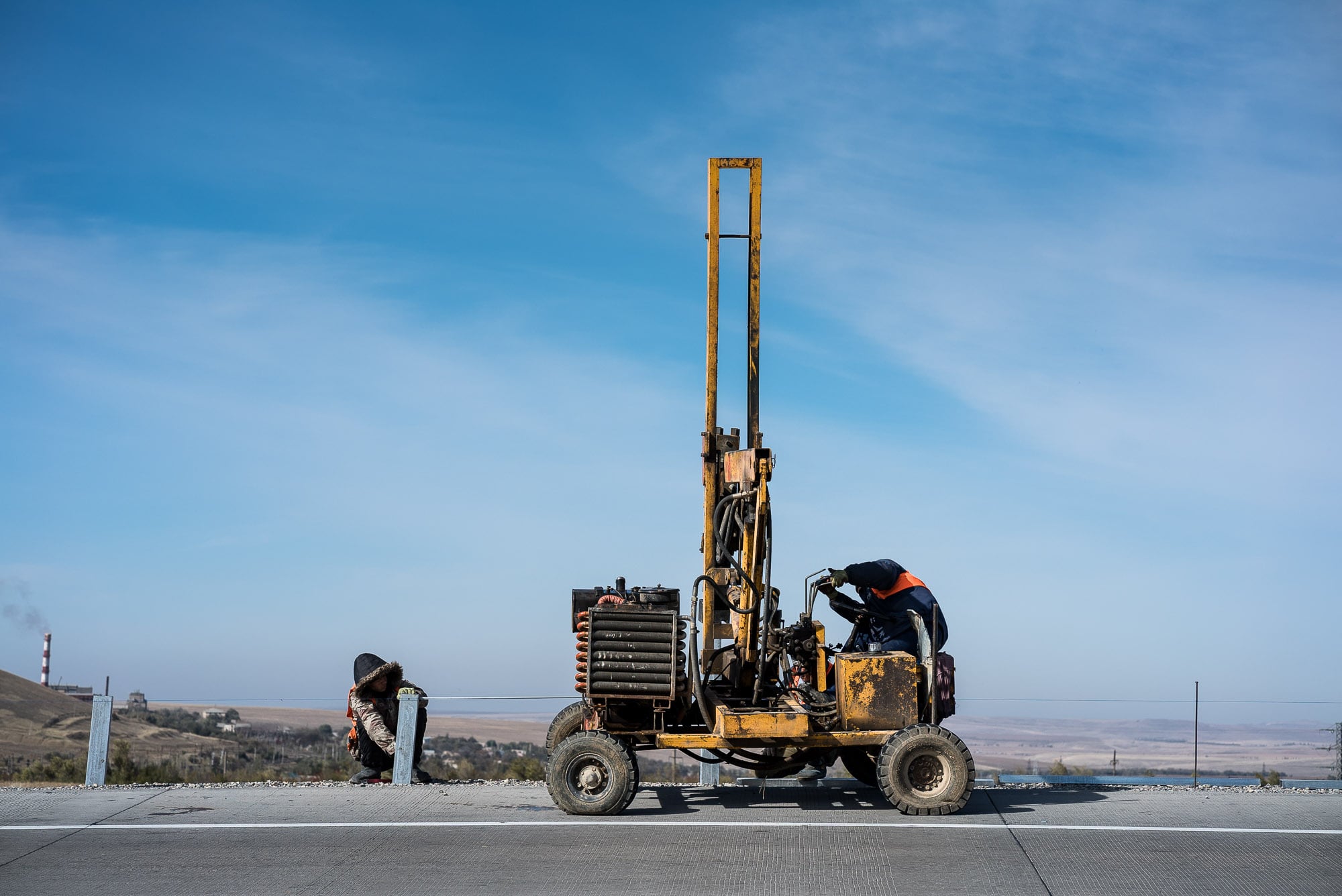 And one time I walked past a village that was nestled quite nicely between the mountains: 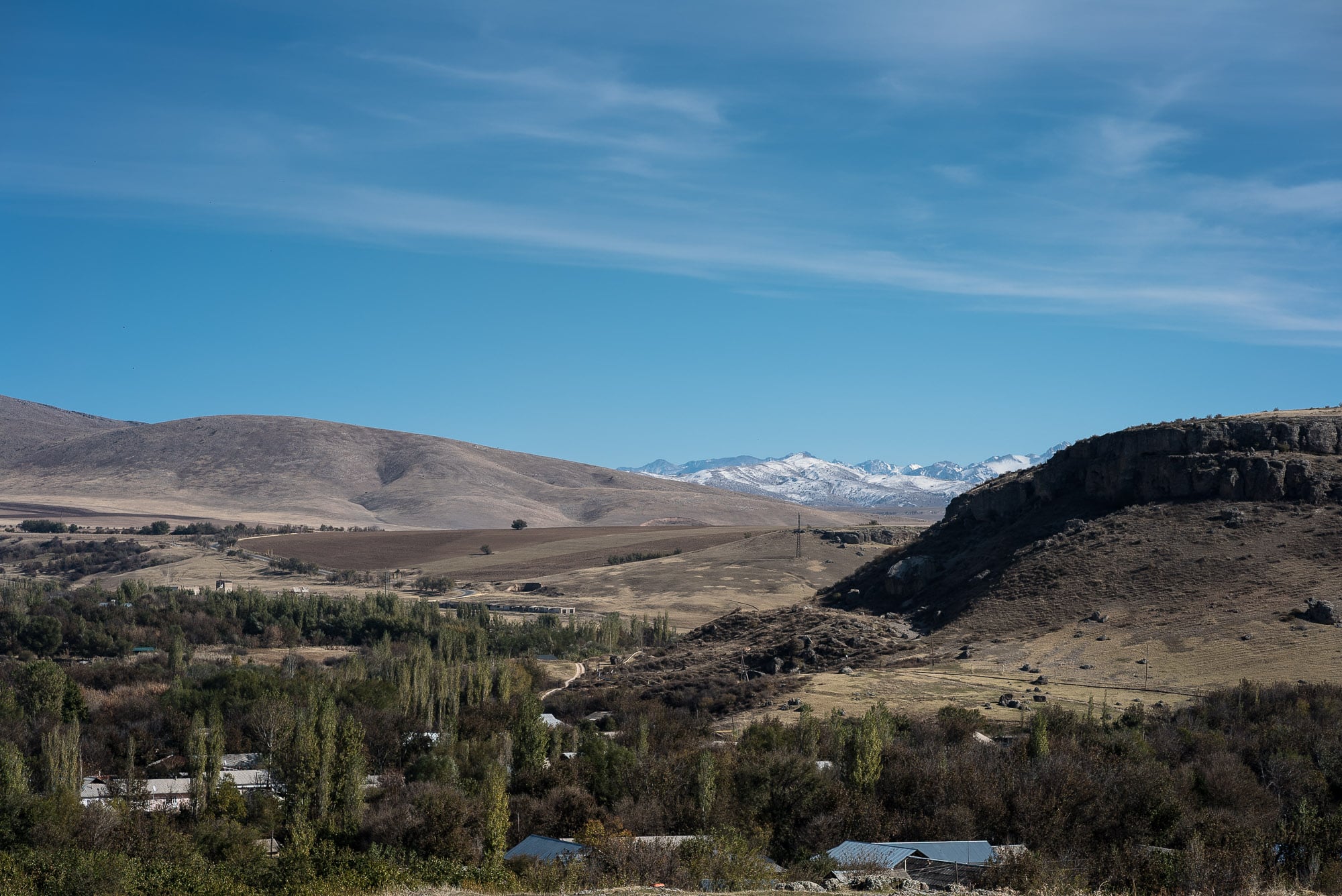 After a bunch of hills I sat down next to a field and had lunch: 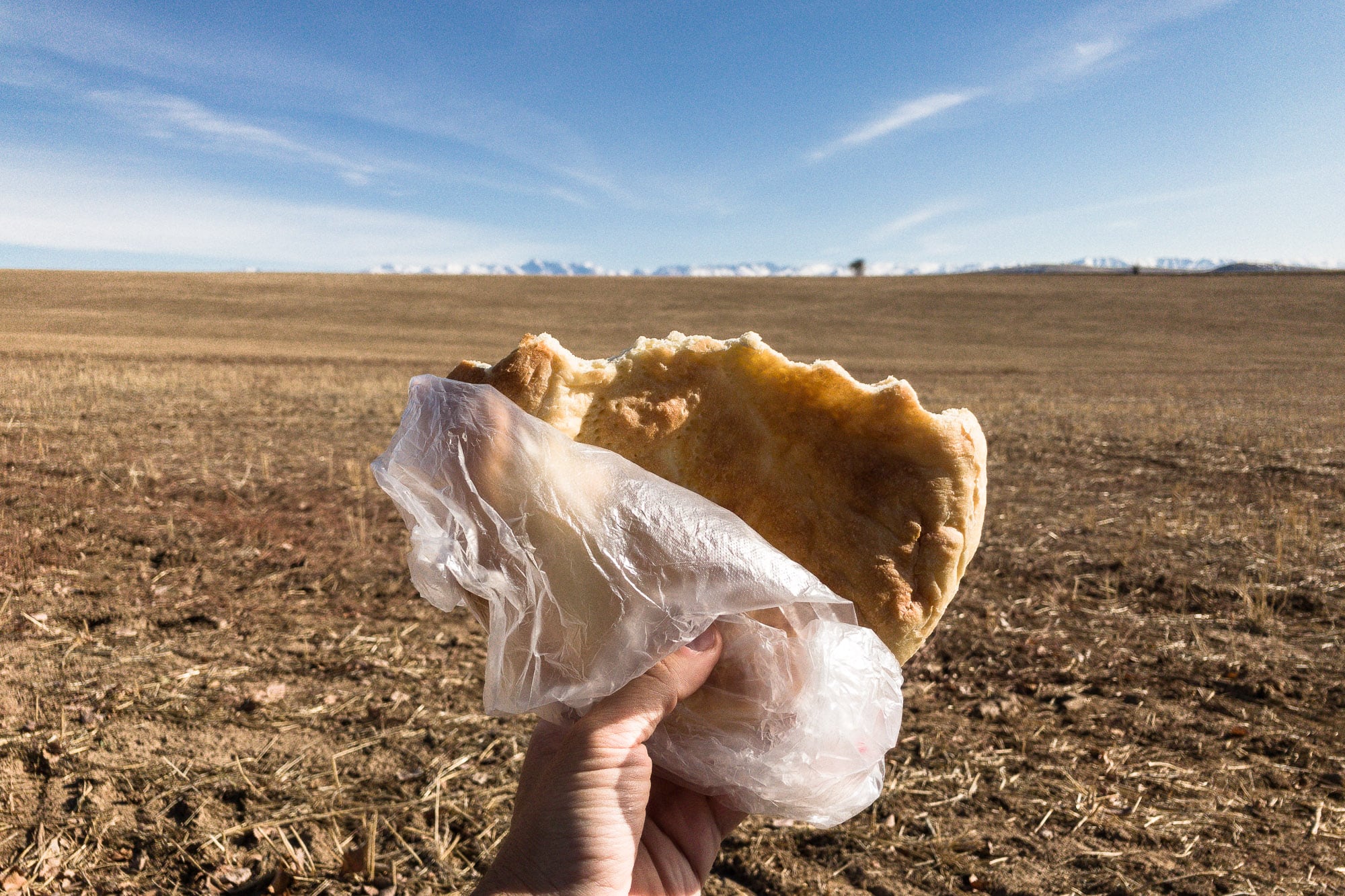 And when I saw a stray dog I gave him one of my cans of luncheon meat from China: 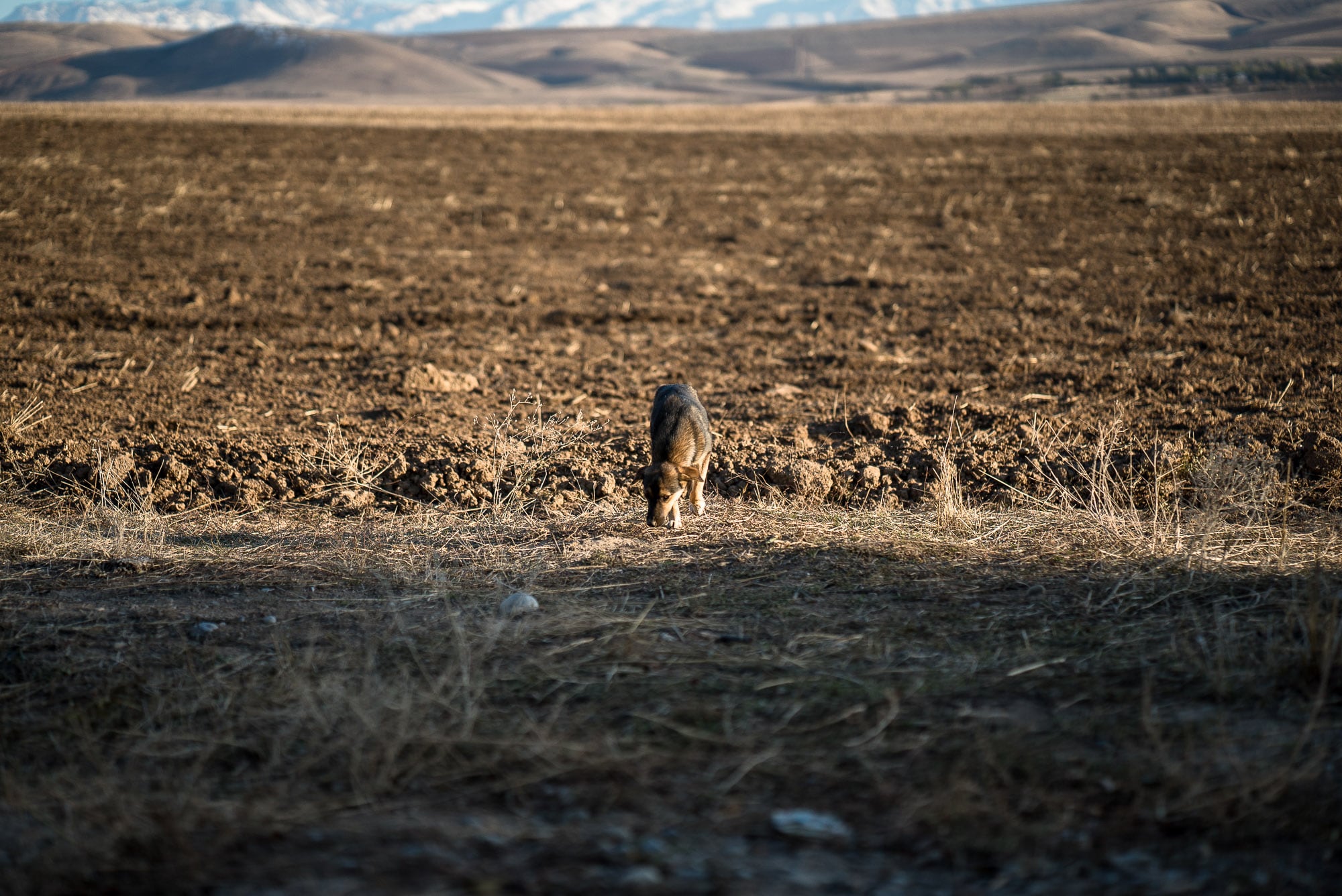 I hated that meat with a passion, but he apparently loved the hell out of it: 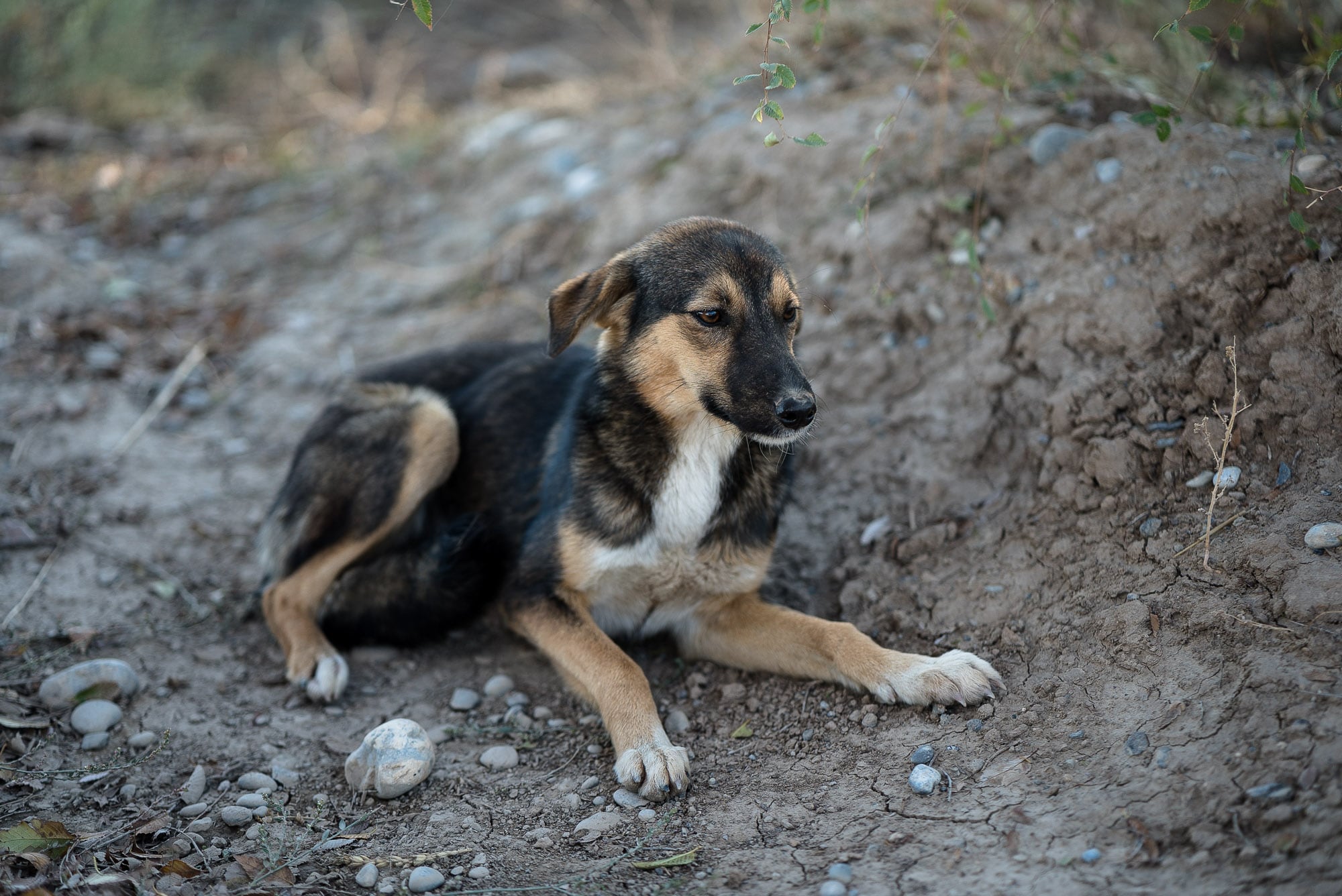 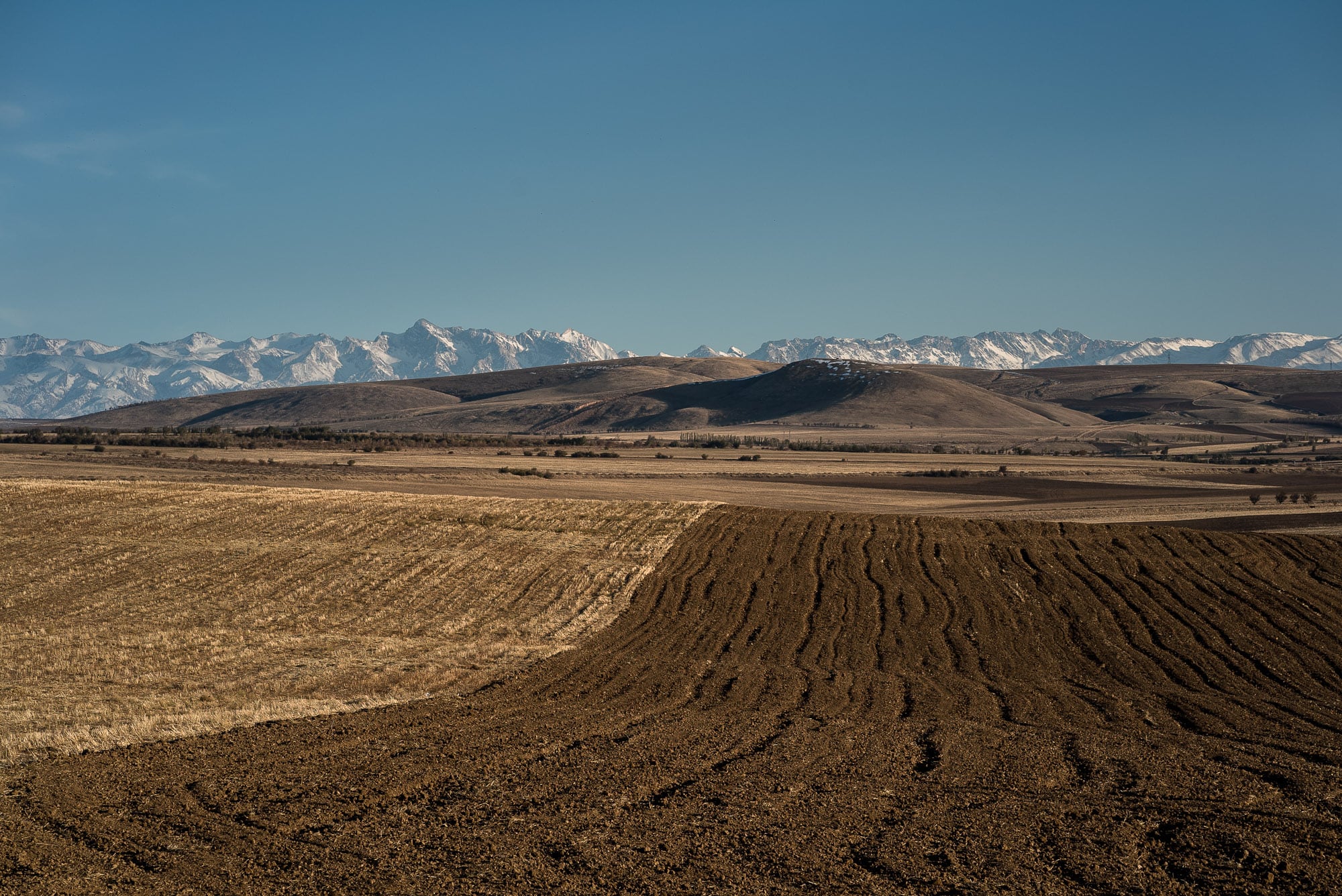 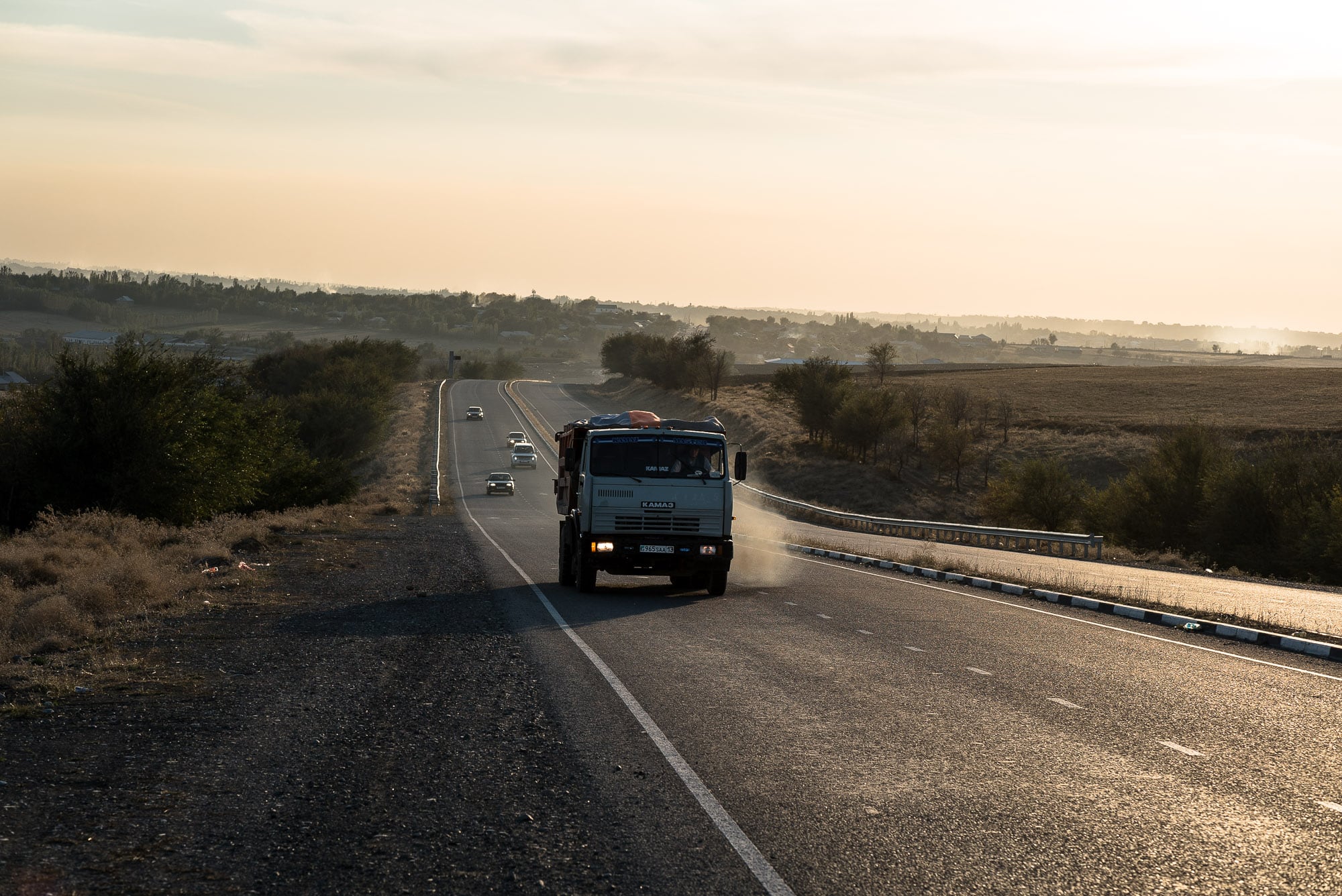 …and a sunset later…

…and I had arrived in Aksukent, a small town, which I was sure had a few different hotels to choose from: 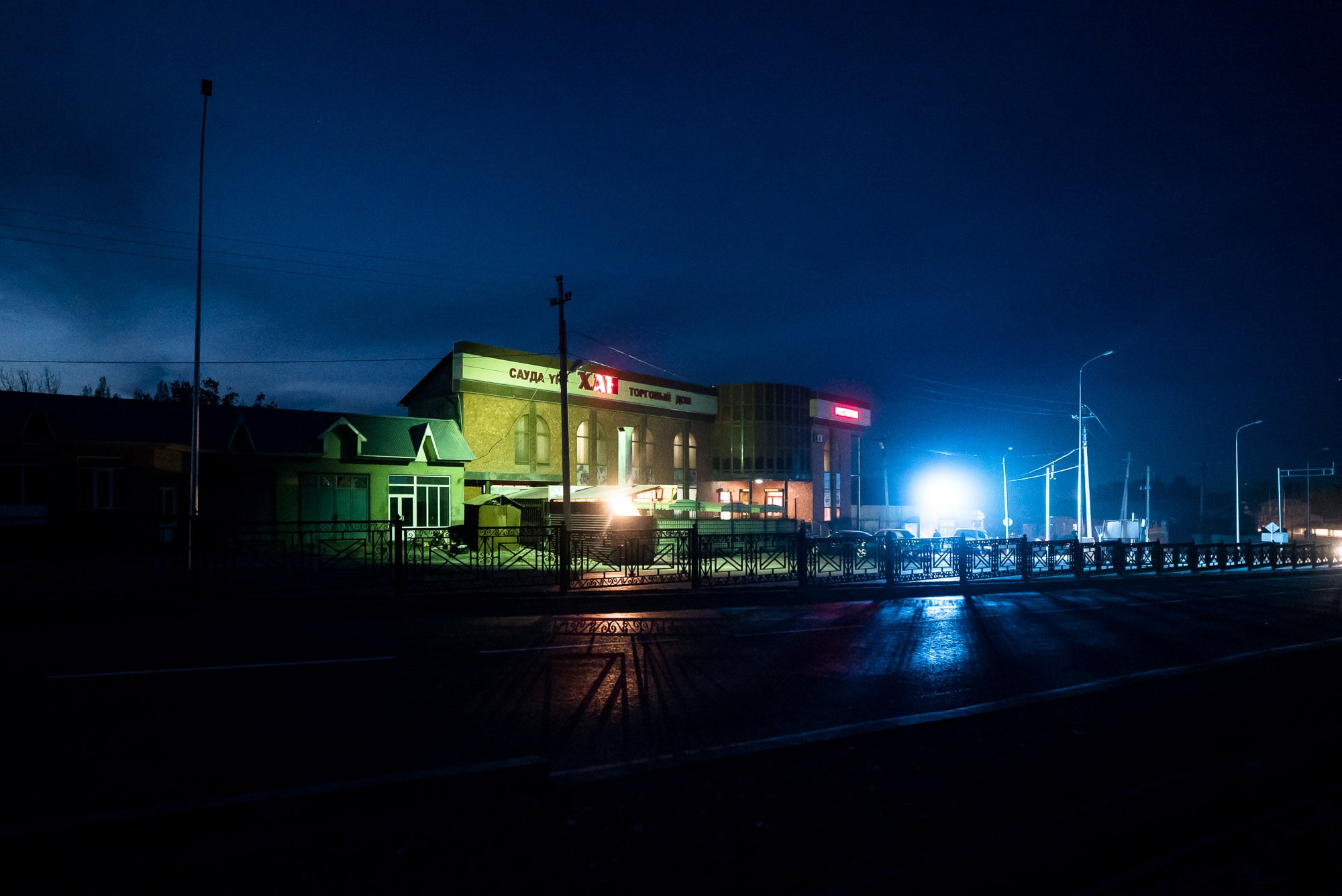 But I walked until it was dark: 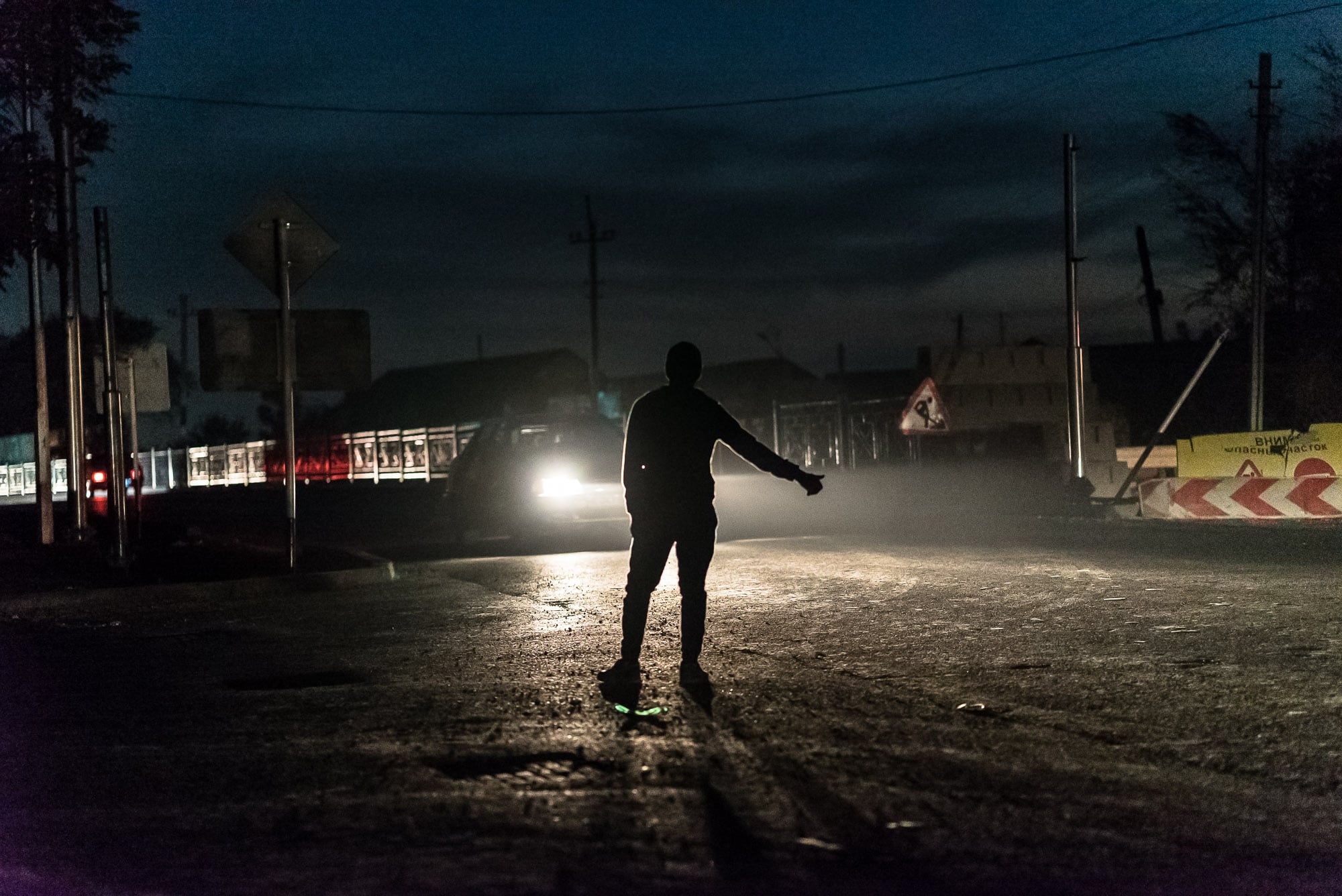 And I walked until Aksukent really began looking like a town: 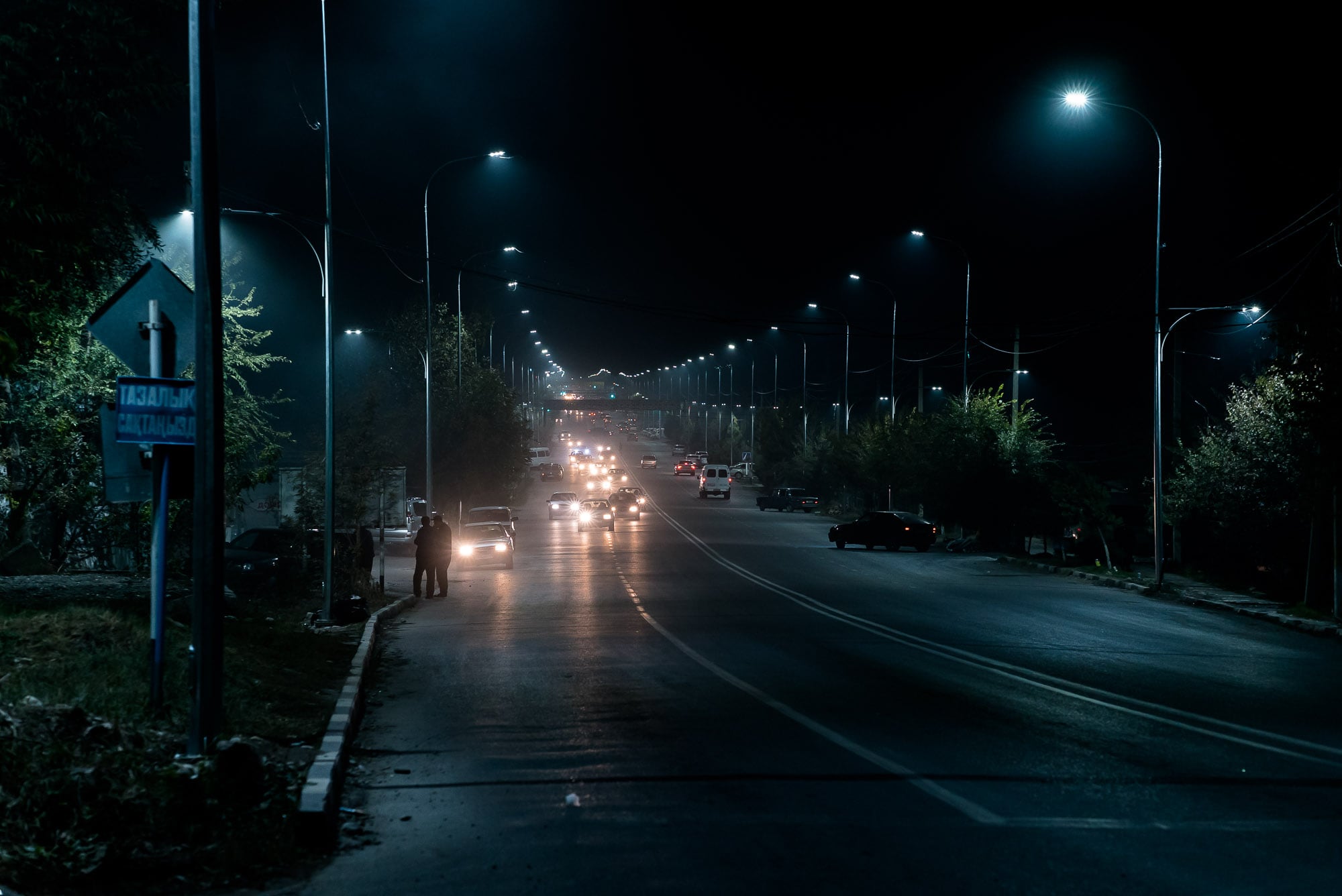 But there was no hotel.

Then a taxi driver pointed me to the train station, which was a bit north of my route. So I went in that direction, passing through dark roads and back alleys: 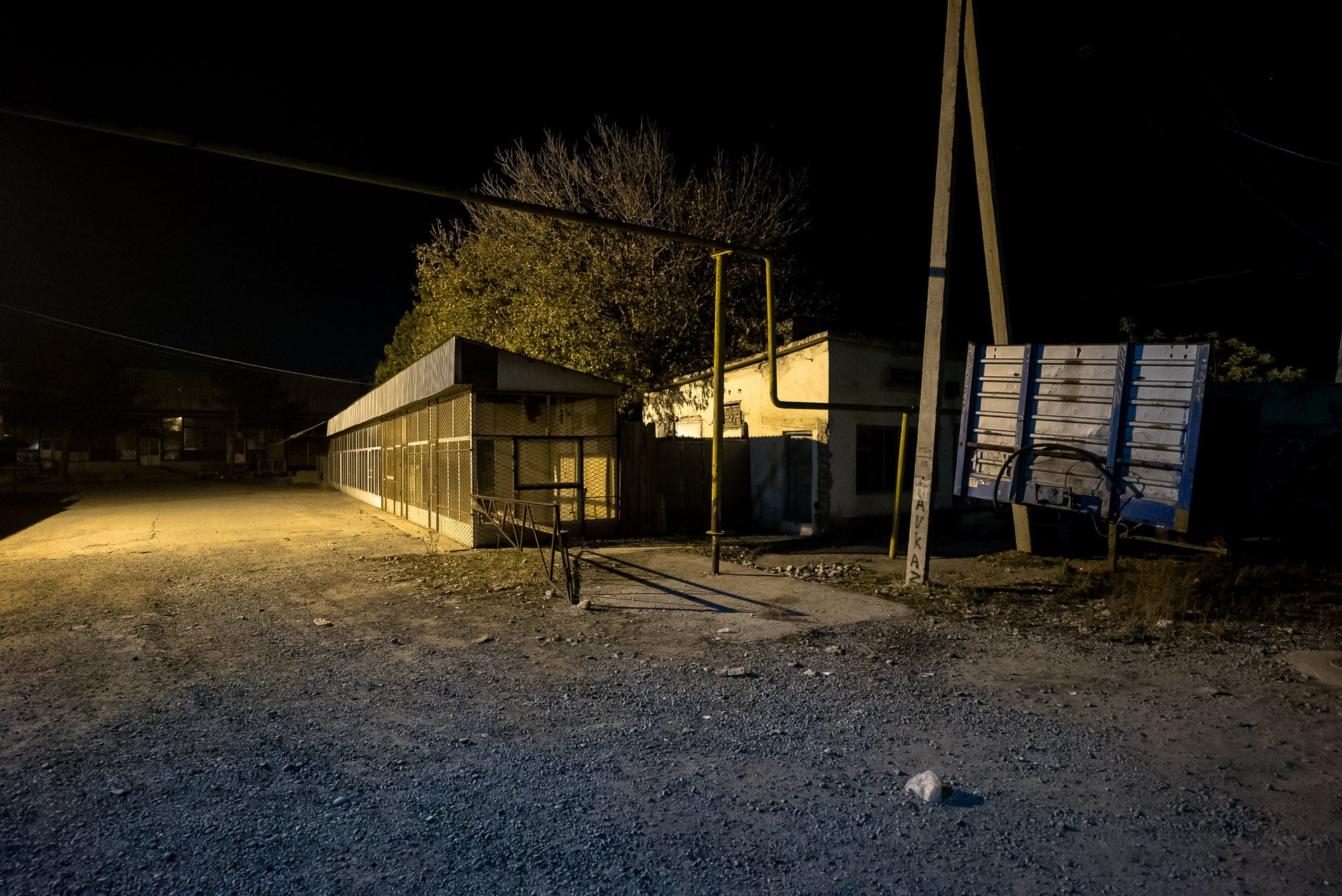 It was a bit spooky, but there was nothing I could do but keep walking. And picturing myself giving Mortal Kombat style uppercuts to people.

I eventually found the hotel.

Some dudes were standing around the front door, and when they saw me, they asked for a selfie together: 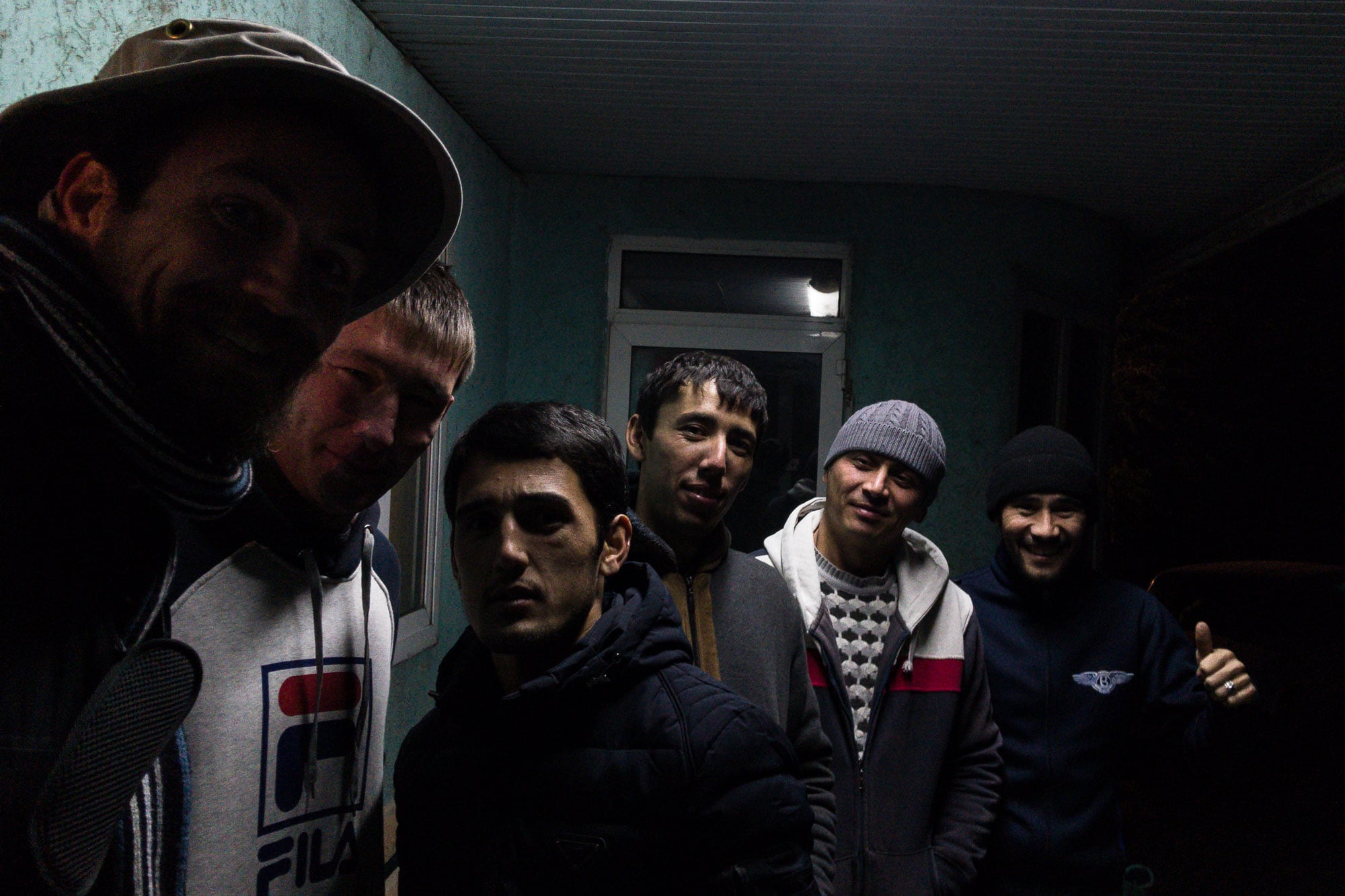 Because every time is selfie time, and because I was the highway-walking, dog-feeding, uppercut-giving king of the fucking hill.