When I woke up, my head hurt.

There had been a lot of noise in the hotel during the night, and with “noise” I mean the kind of noise prostitutes make when they want their clients to get it over with. 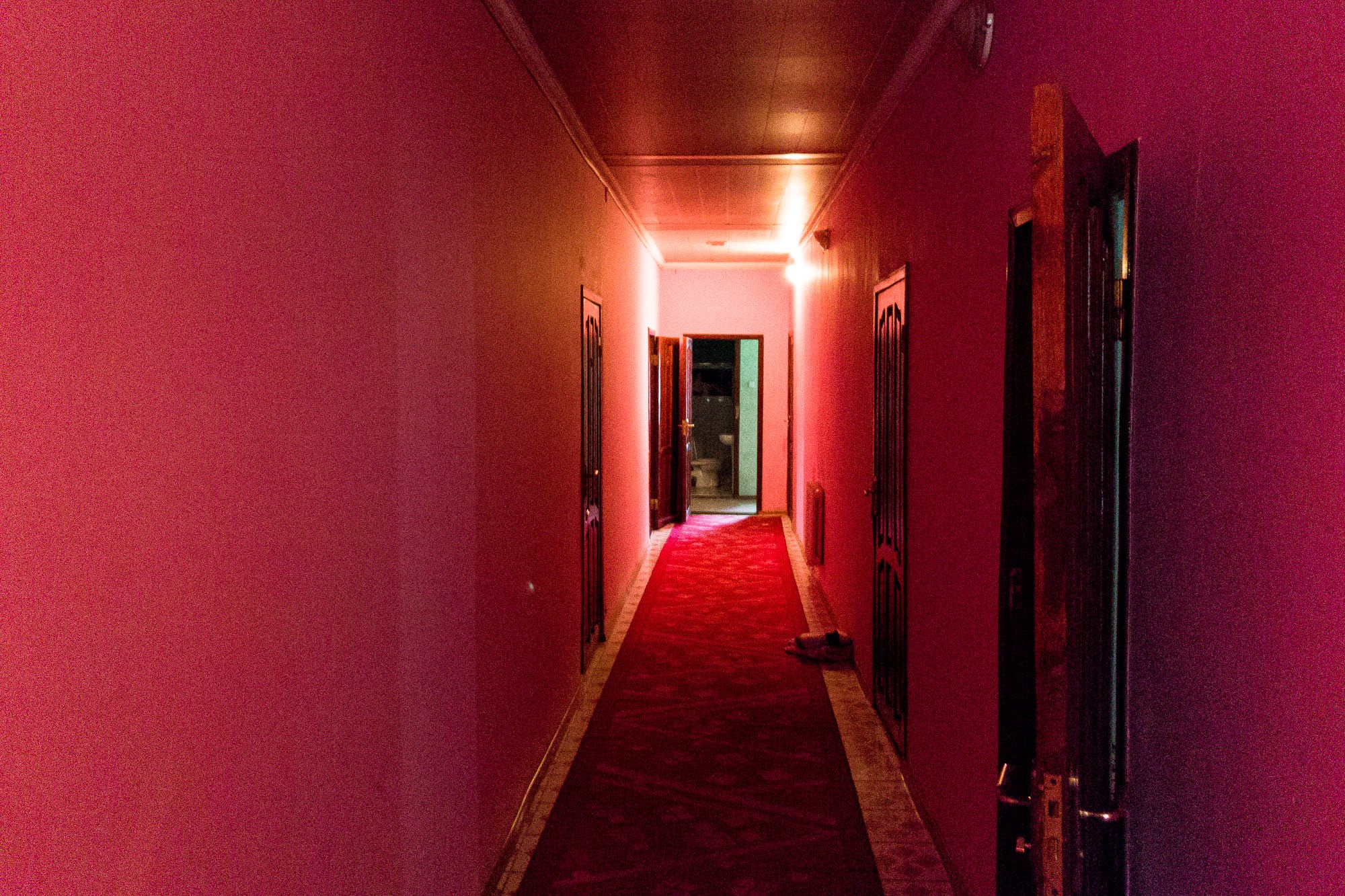 I left the hotel and pulled the Caboose through some back alleys: 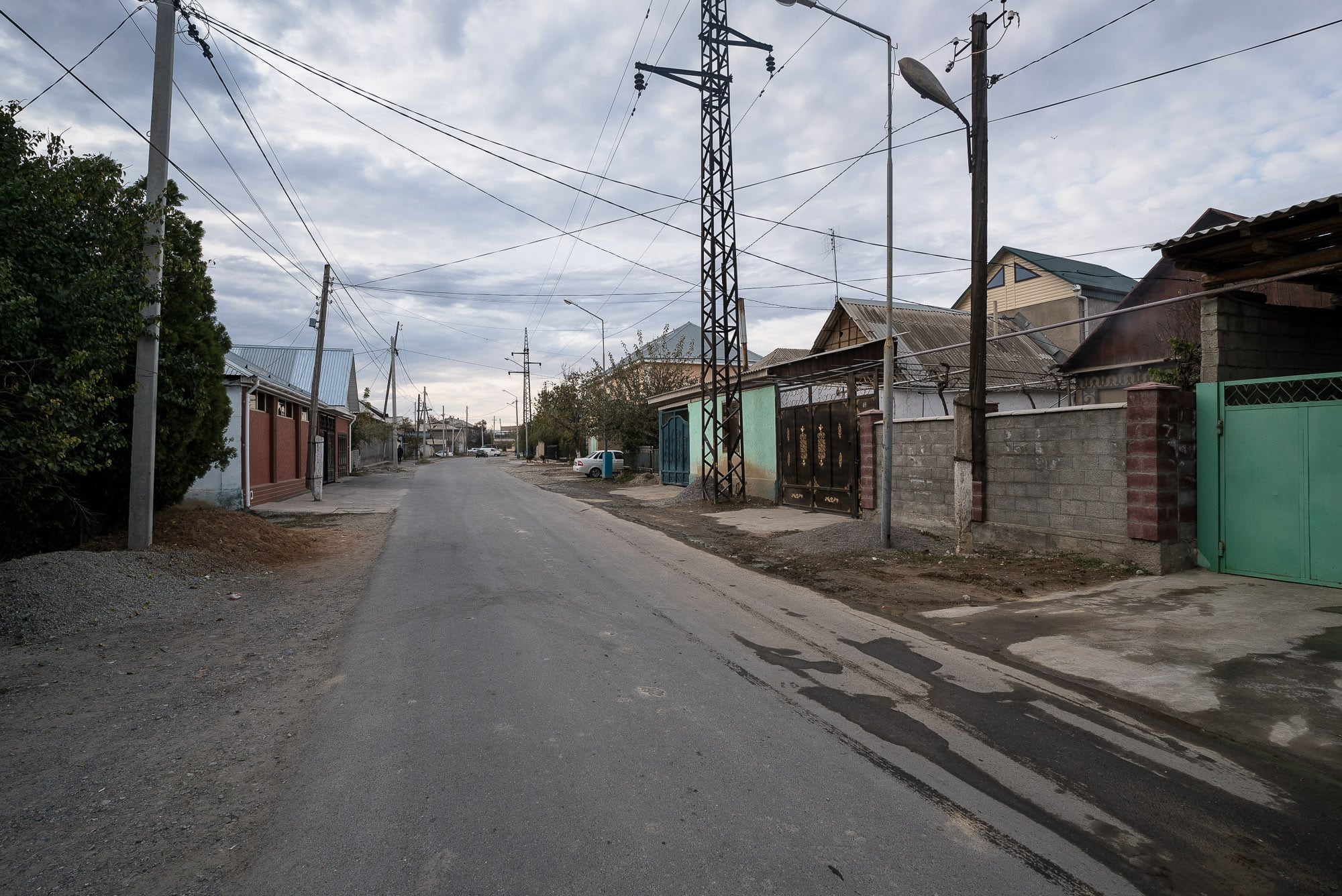 Then we crossed a river: 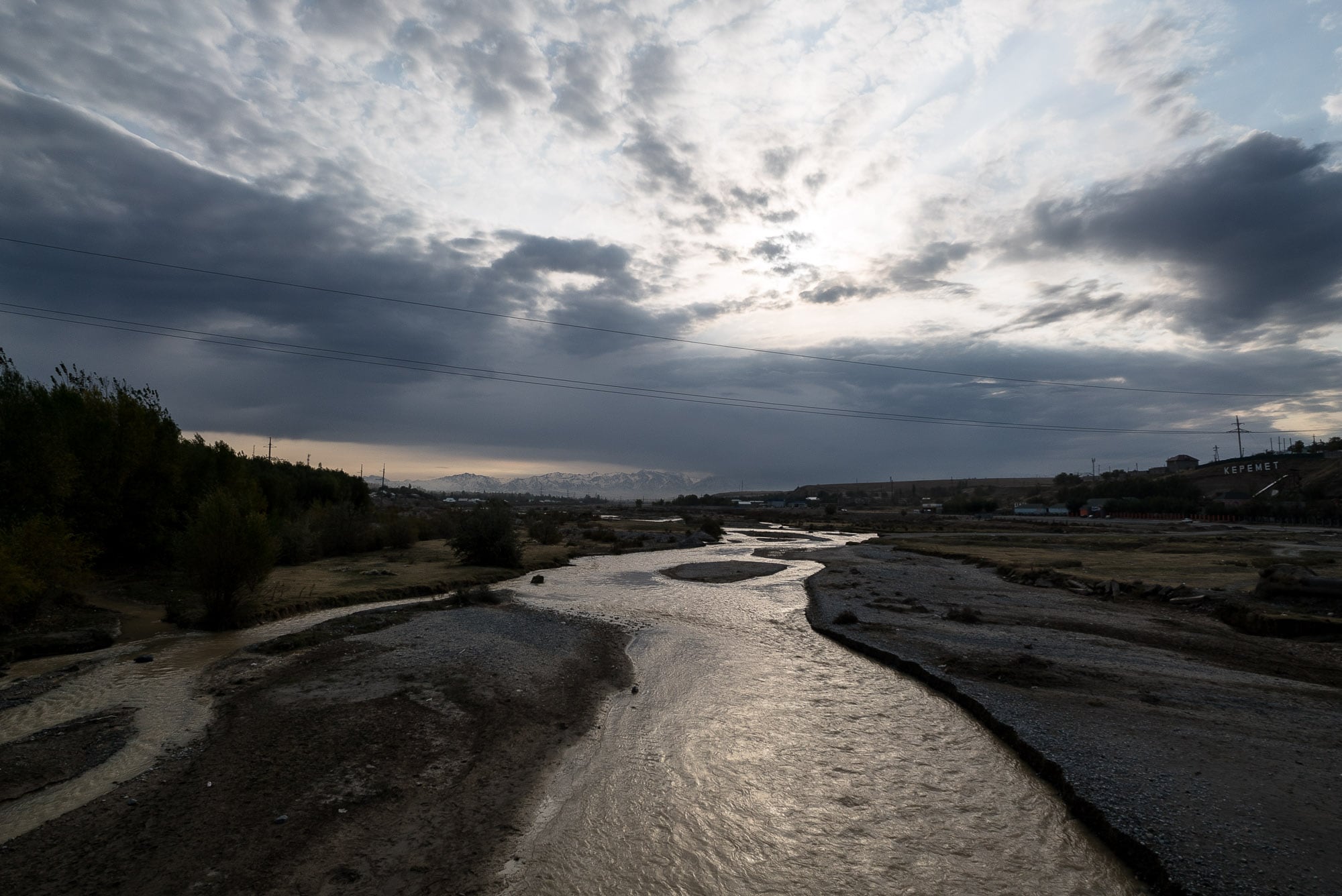 We ran into a super friendly dude who invited us to lunch: 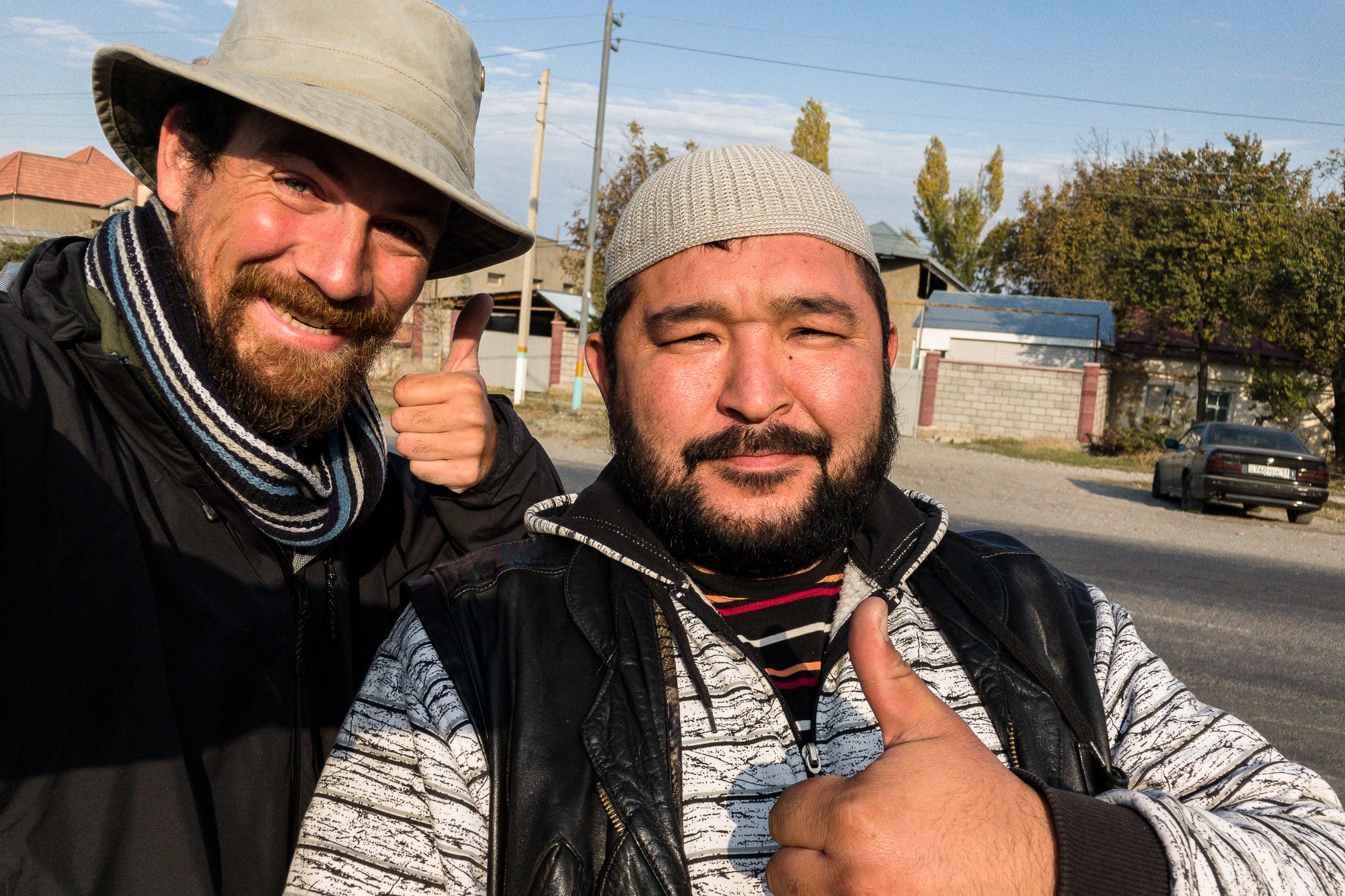 But I said no. Not because I didn’t want to have lunch with the guy. But because I figured that time was of the essence.

Then we ran into another dude who shoved a banknote into my hand, mumbled something and left: 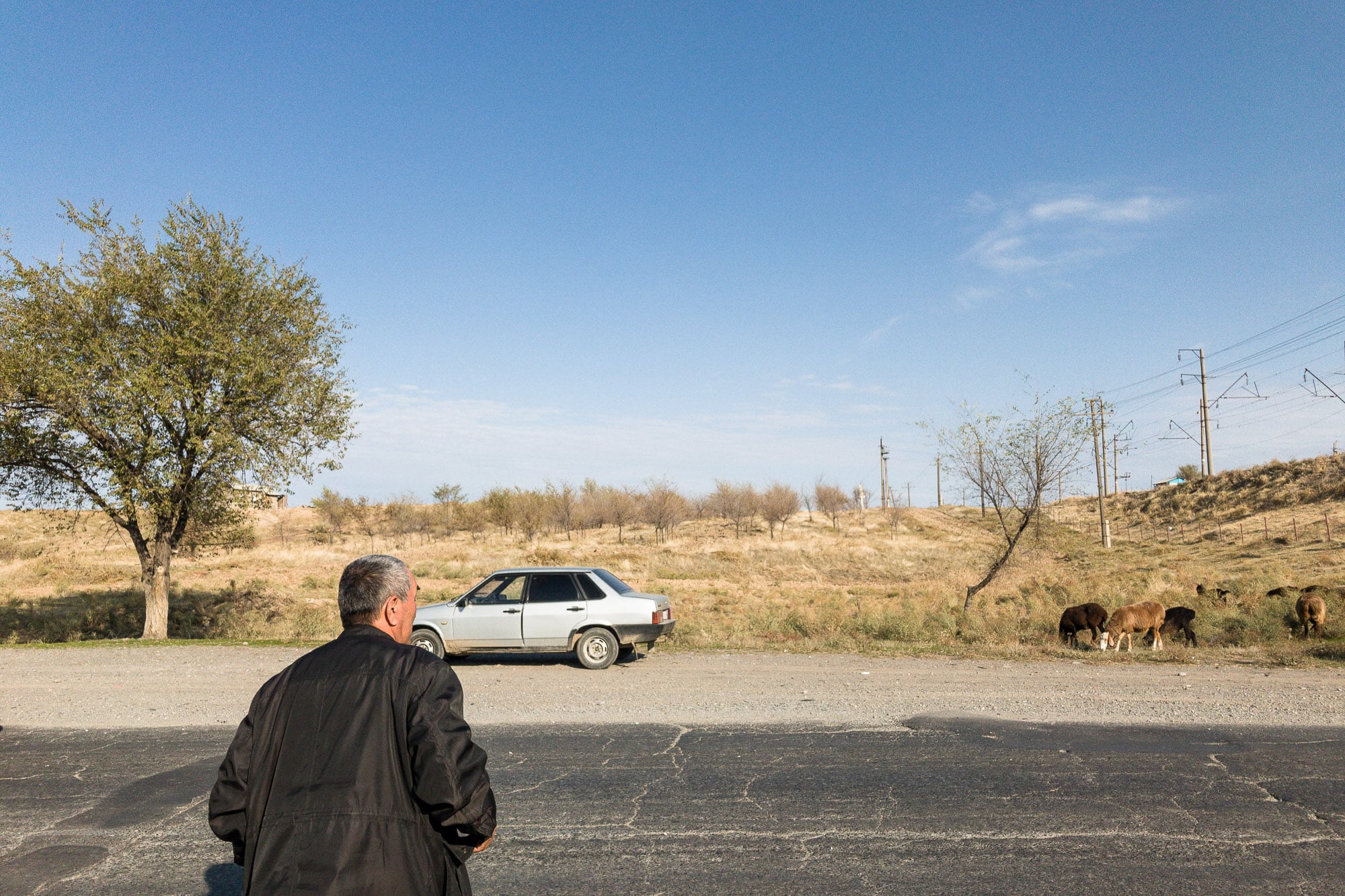 I didn’t know what to do with that money.

After a while I walked past a mosque, stopped, took out the banknote, added a little bit of my own money to it, and donated it right there: 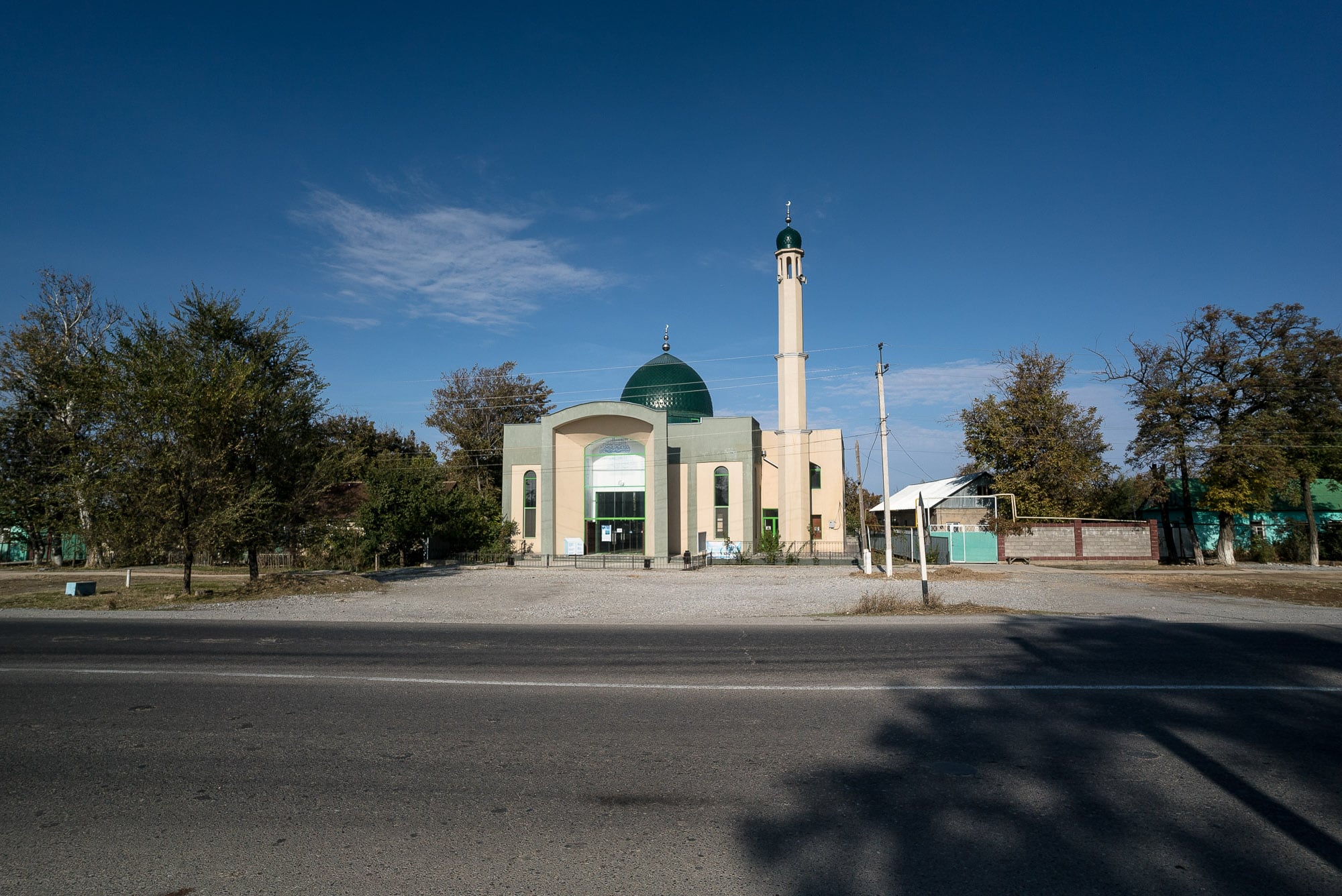 I felt better after that.

And now that I’ve done good and bragged about it, I feel good.

The road sucked though. There was construction virtually everywhere: 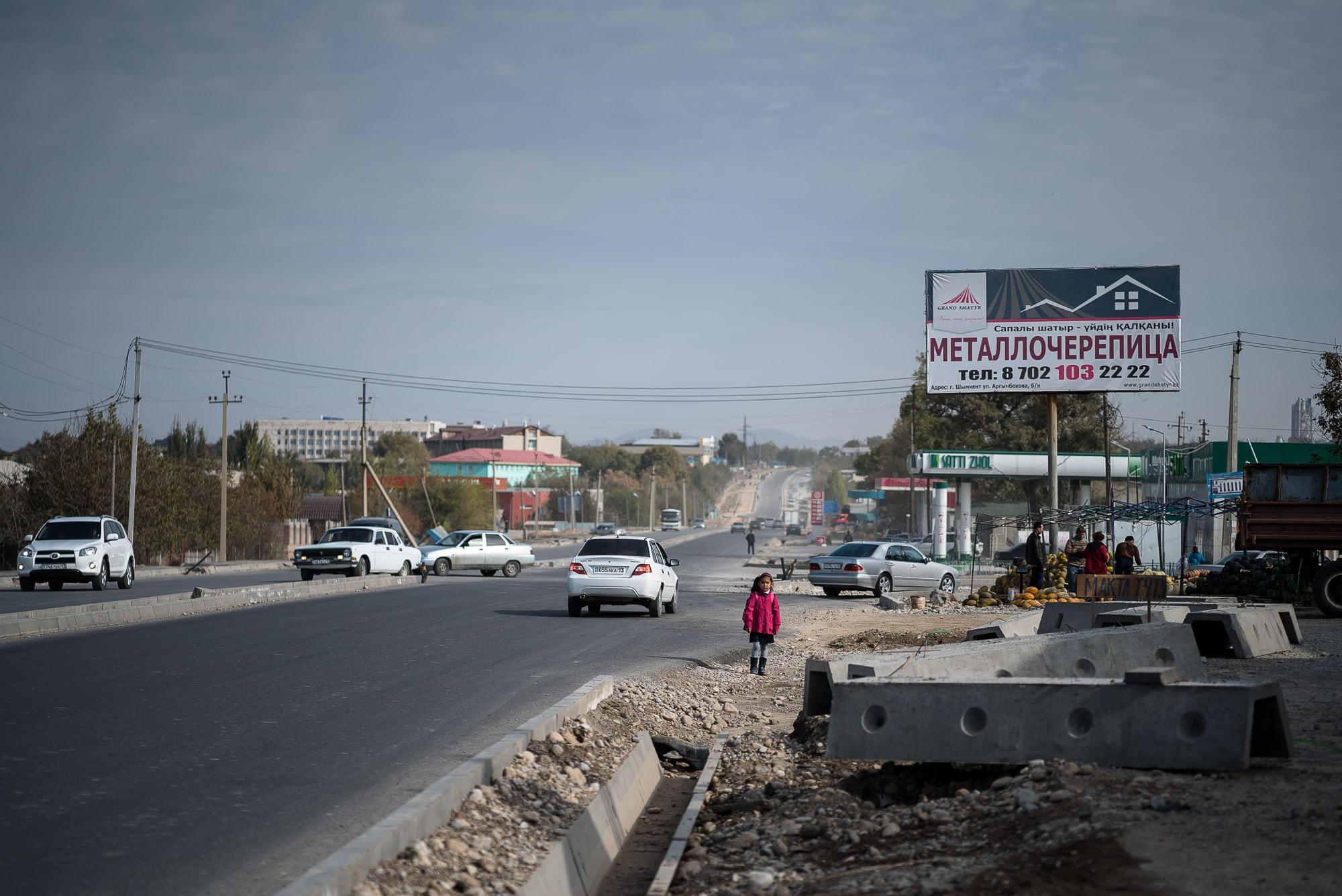 I walked until the early afternoon, then I had lunch in a very nice restaurant: 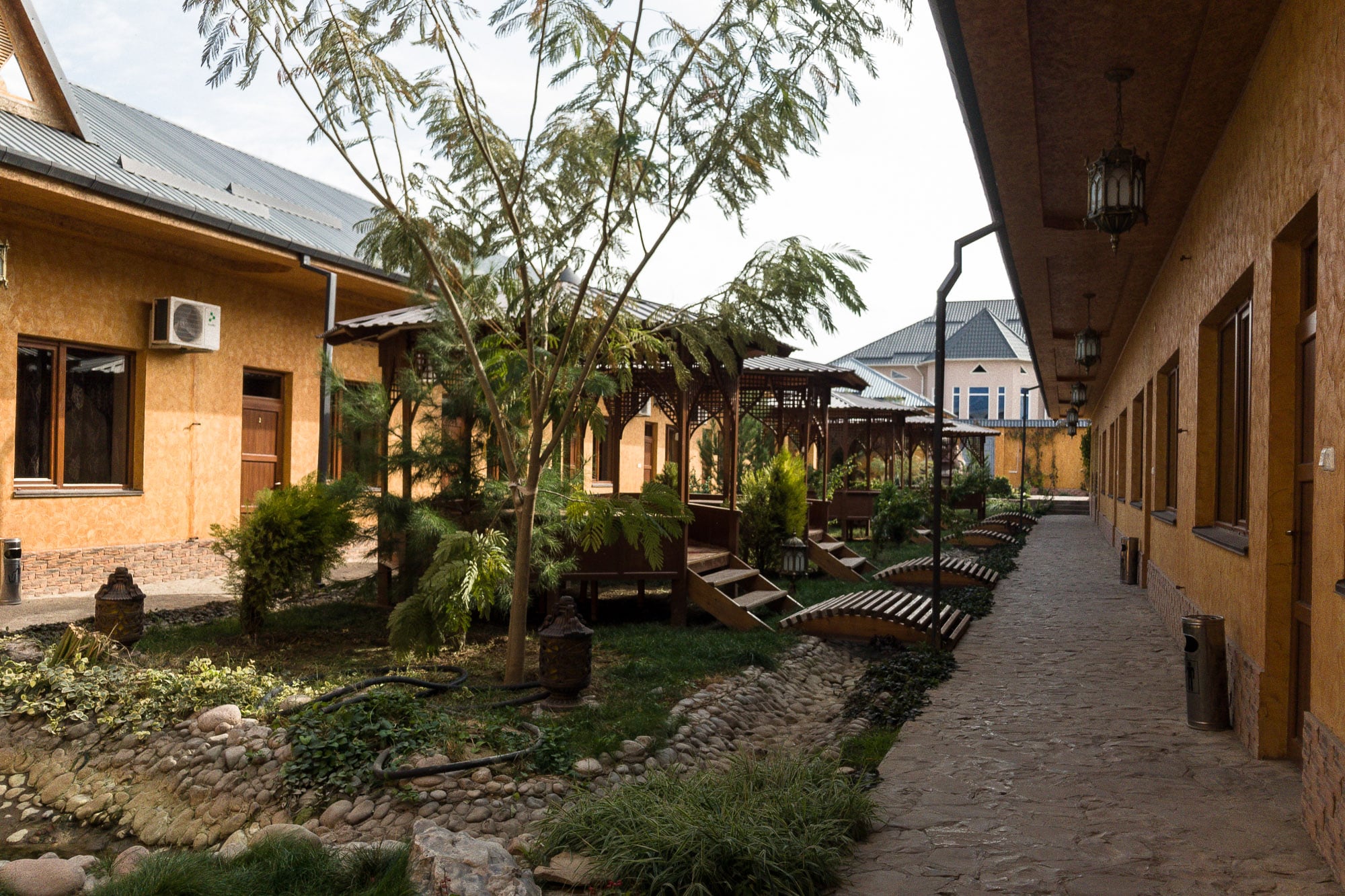 And when I was there, a dog came up to me, dragging an iron chain behind him:

I got the chain off, gave him some of my Chinese luncheon meat, and then he happily ran off.

Shortly after that, a dude appeared and said a lot of things to the owners of the restaurant. He seemed angry to me, but I didn’t understand anything he said, because he was speaking in Kazakh.

Maybe it was his dog, I thought. Maybe I had made a mistake by releasing the dog from his chain?

But what if I had left him with the chain dragging from his neck?

The sidewalk was pretty crappy: 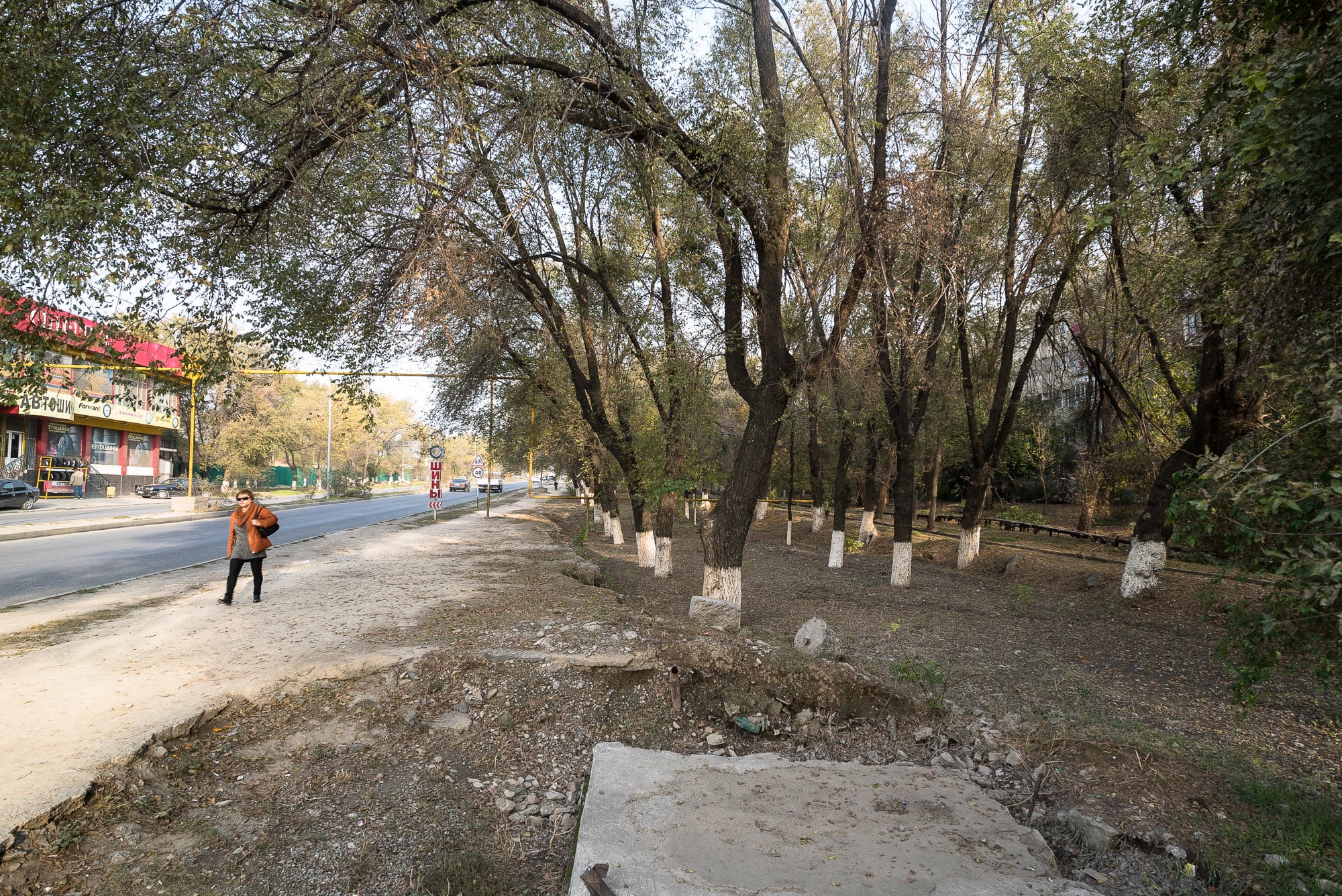 But I kept on:

One time there was a Soviet monument: 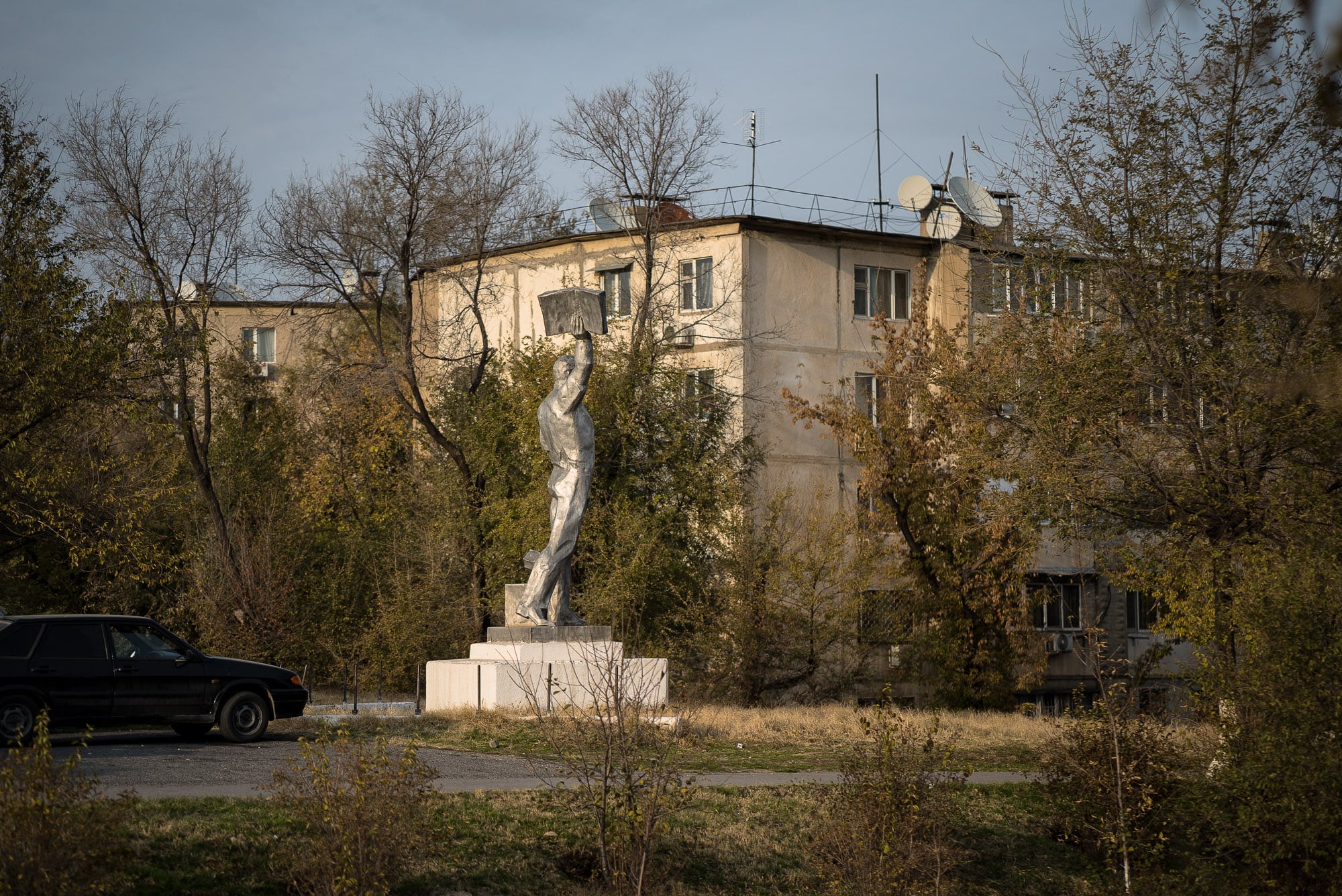 Another time there was a Kazakh monument: 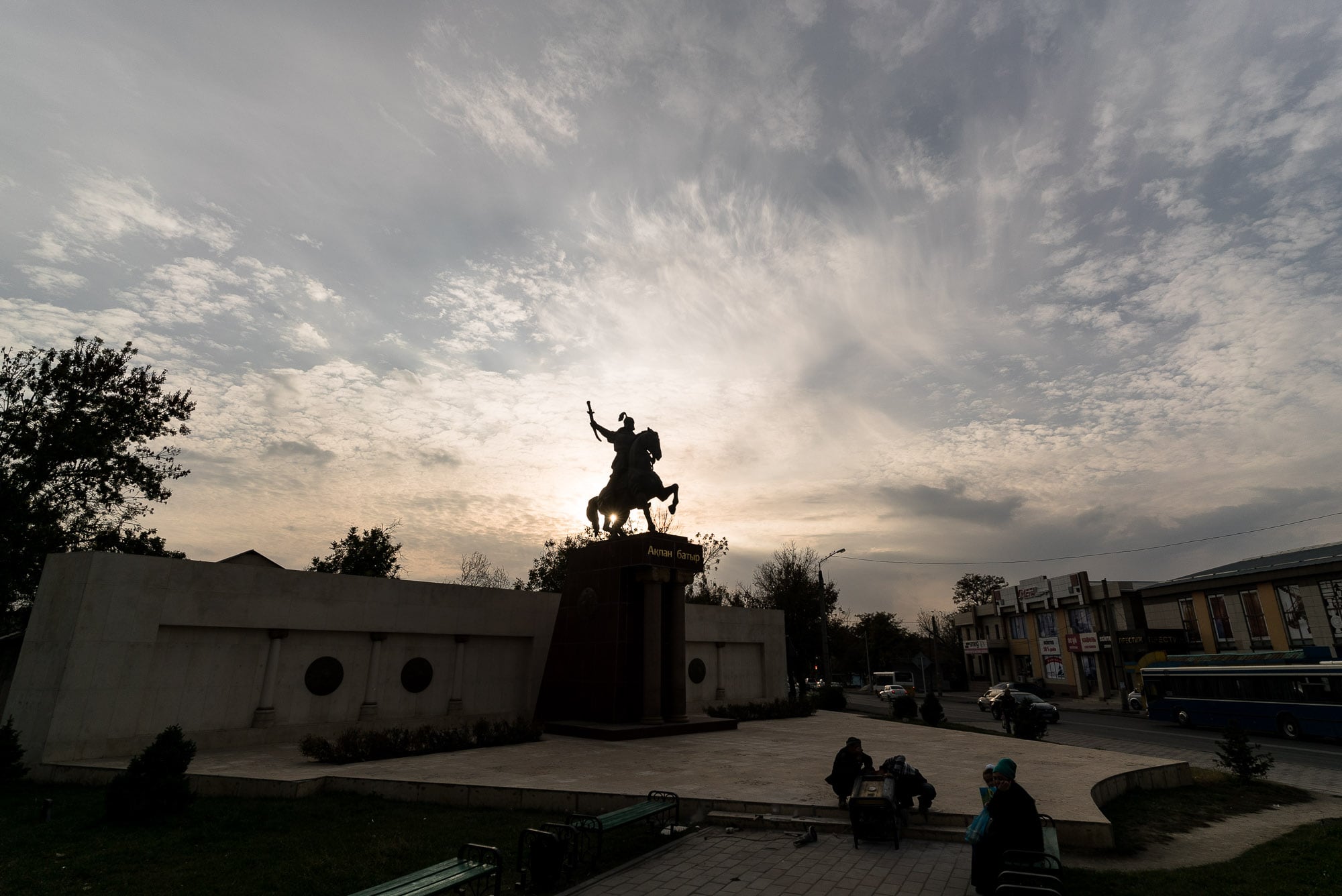 And one time there was a simple love note on a wall: 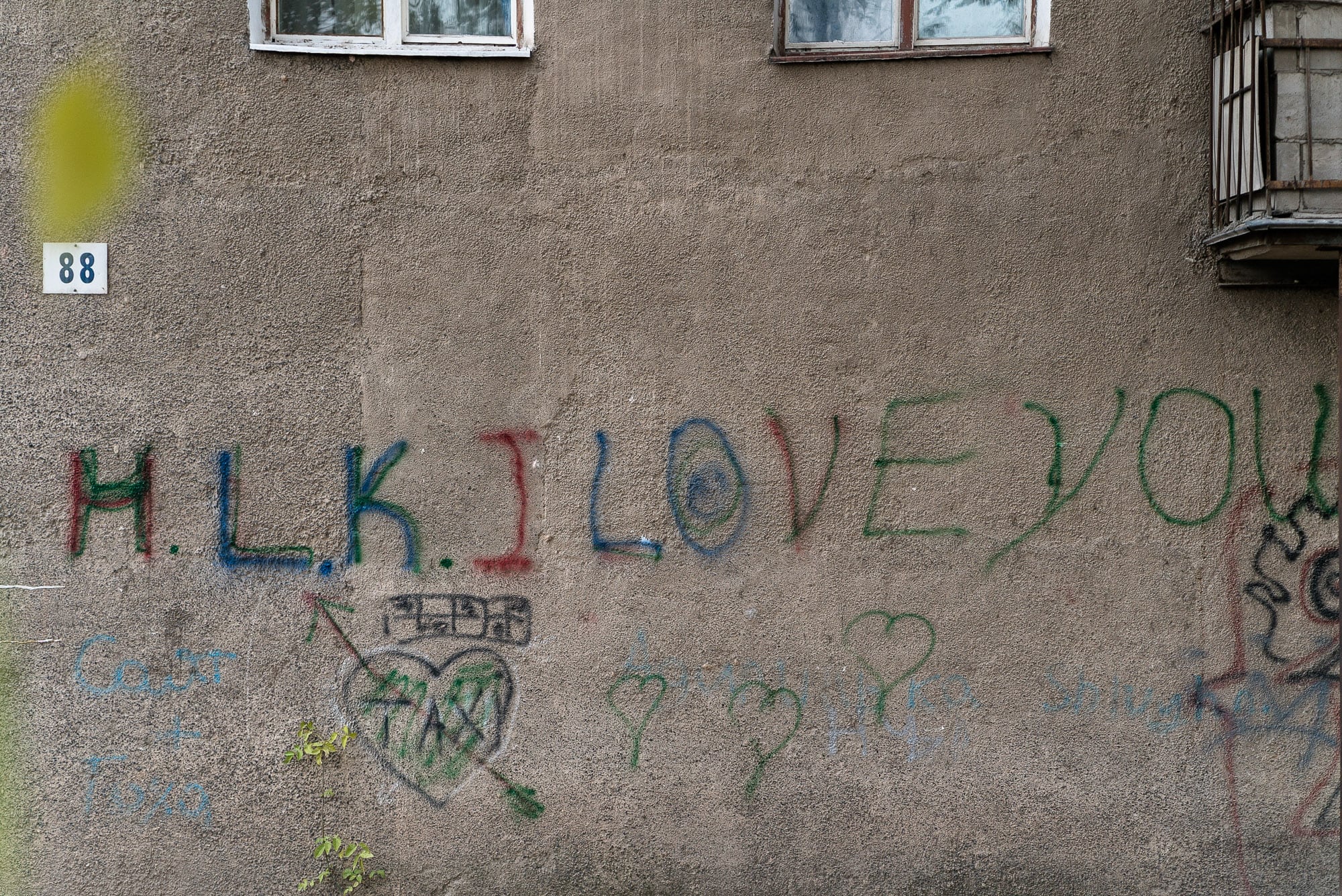 And then I arrived downtown. Shymkent felt a lot like Almaty or Bishkek in the way that it was a big city with some big fat building: 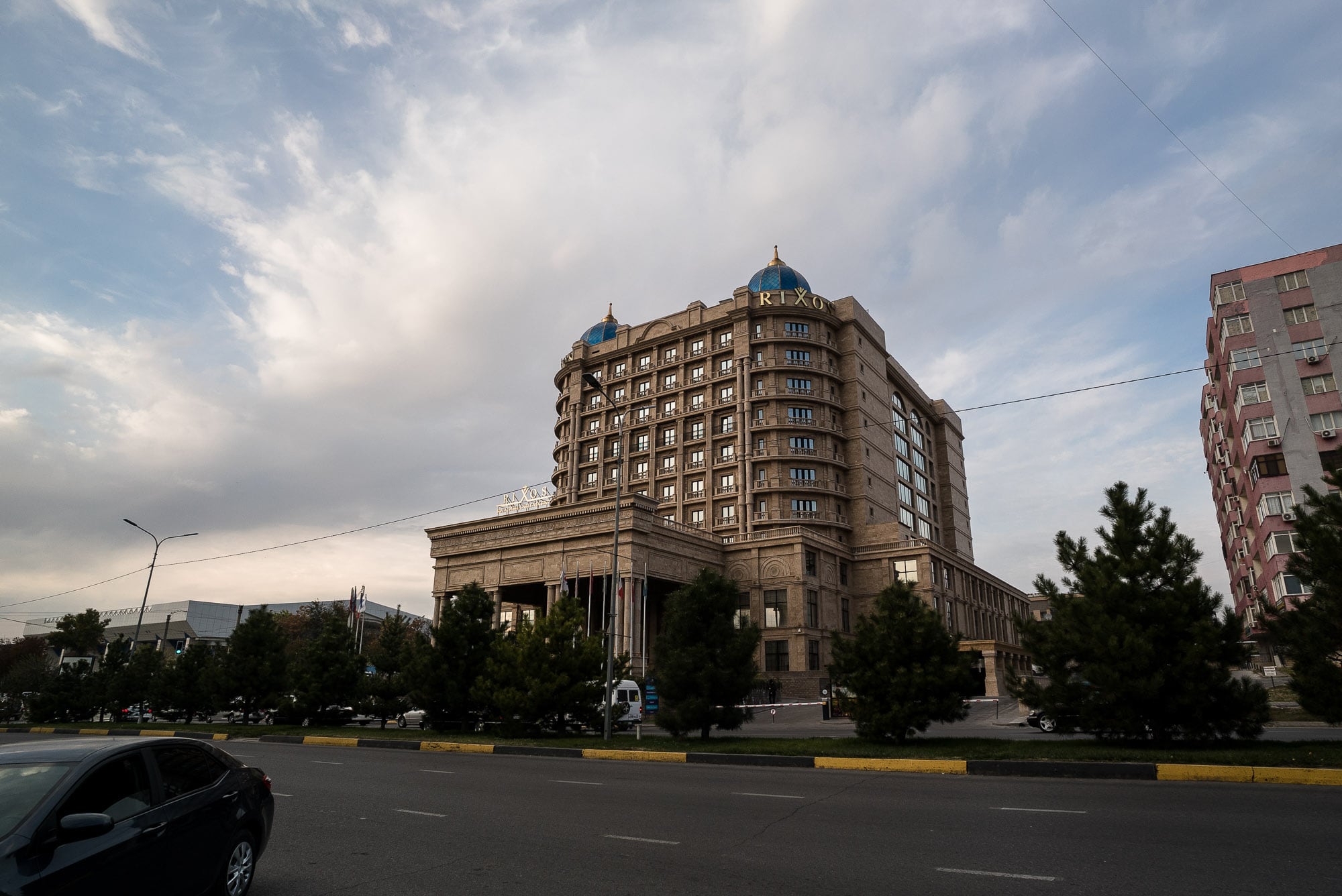 There was a German beer hall with an interesting mural: 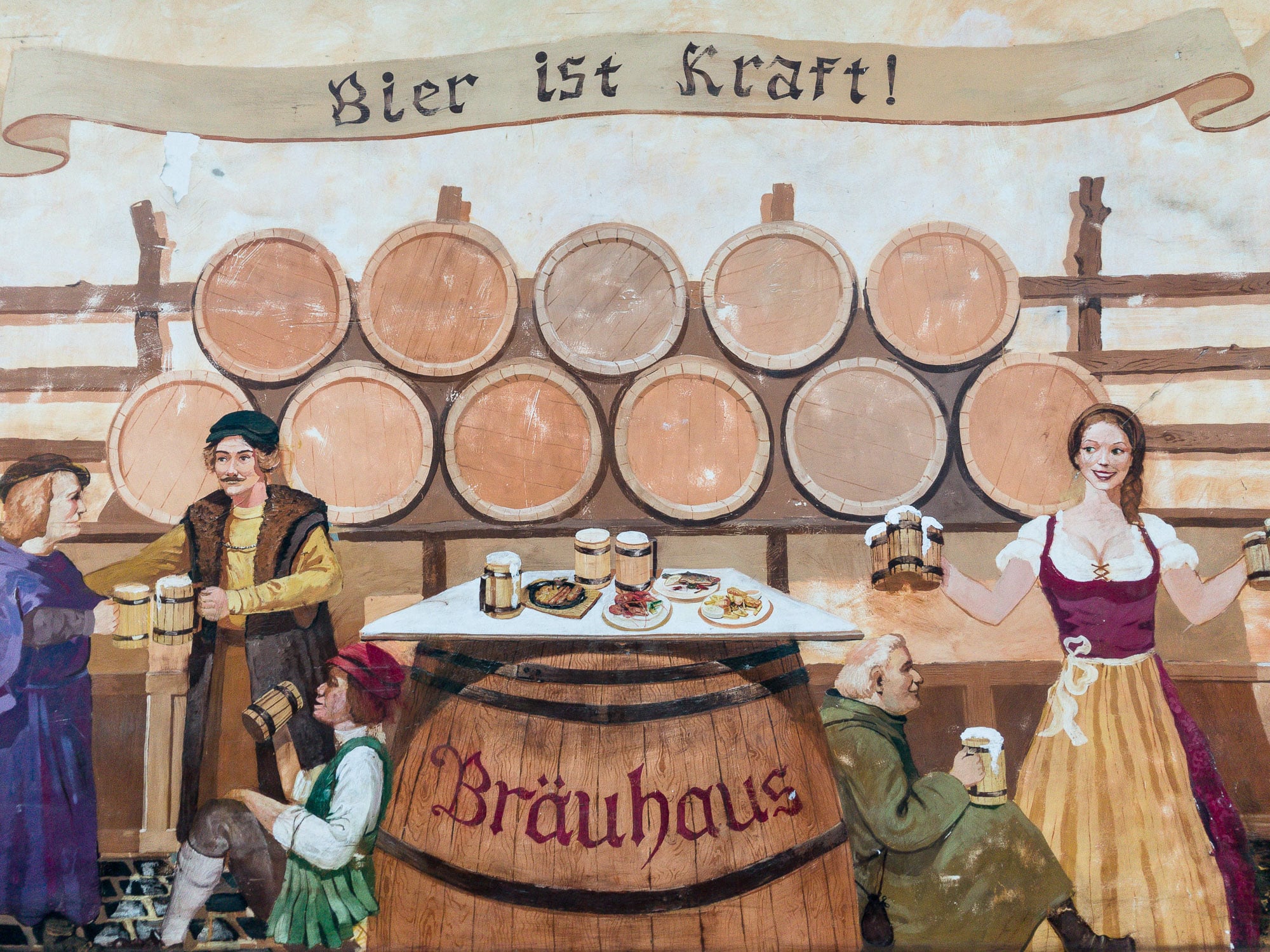 And there were some old, grey roads: 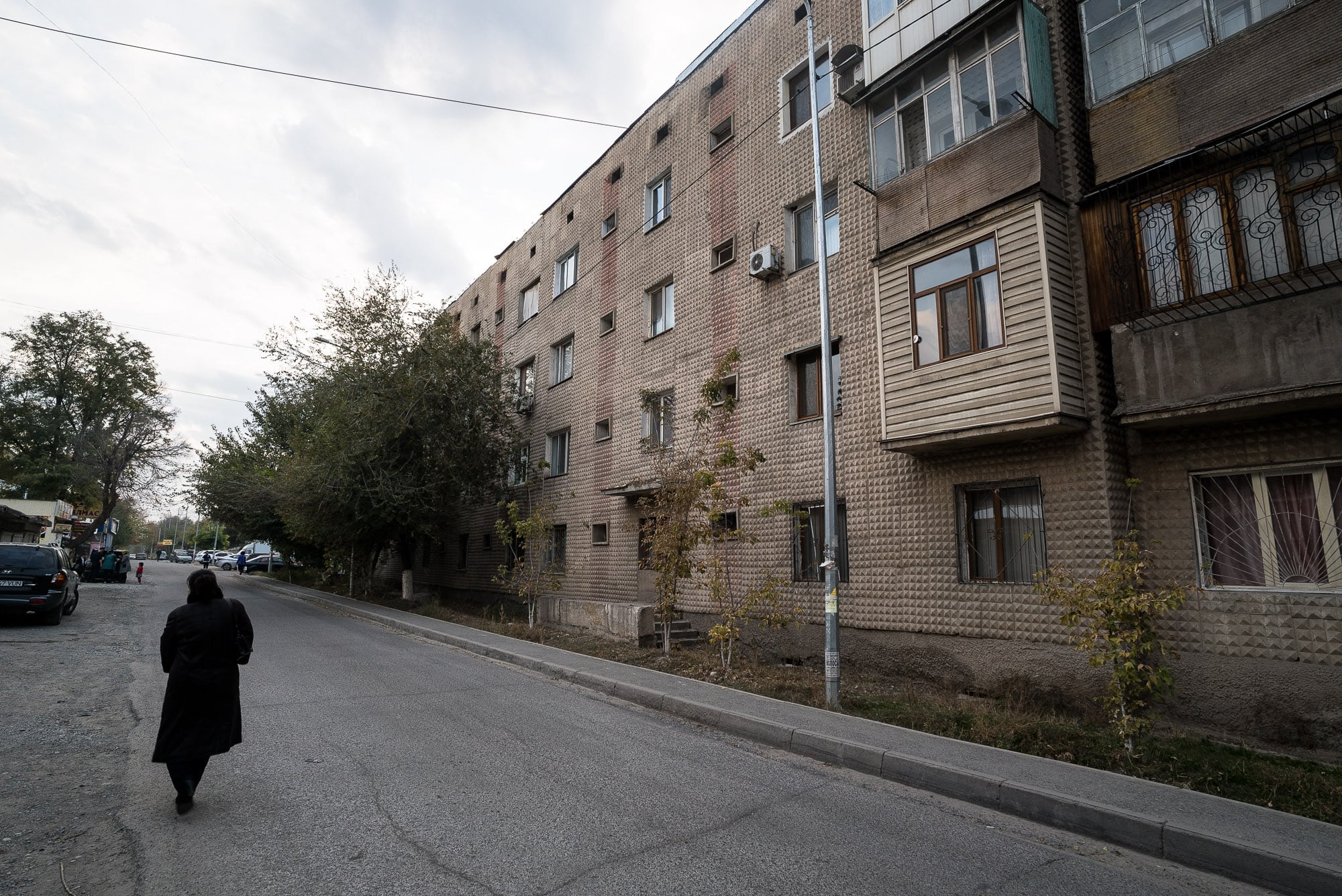 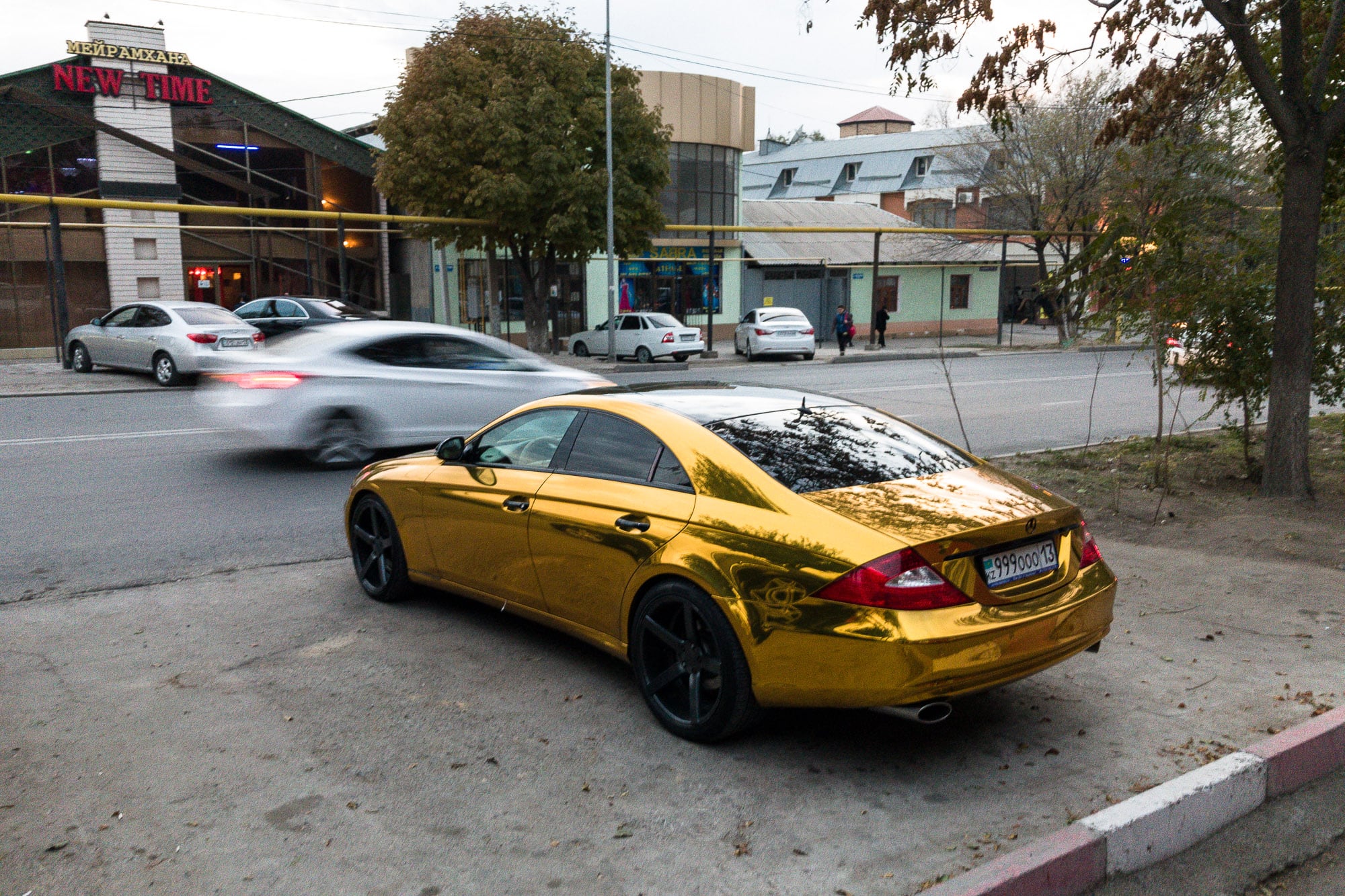 What was with this fetish for golden things? The election was near, and I felt worried as hell.

But then all one could do was wait and hope for the best.

I arrived at my hotel before it got dark.

And then did something I very rarely do: 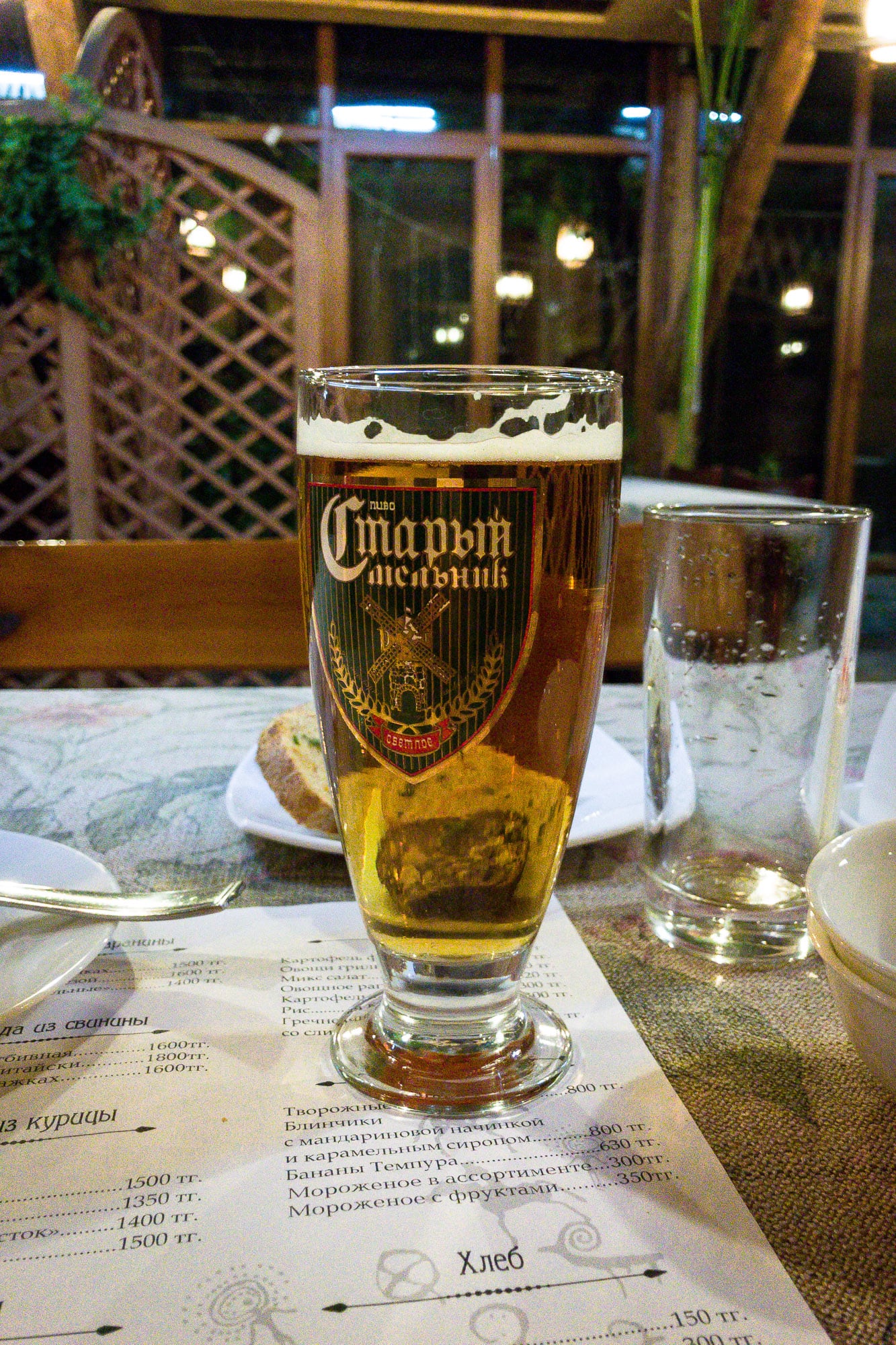 Day 547
from Aksukent to Shymkent