In the morning the dude who had told me the way to the hotel showed up: 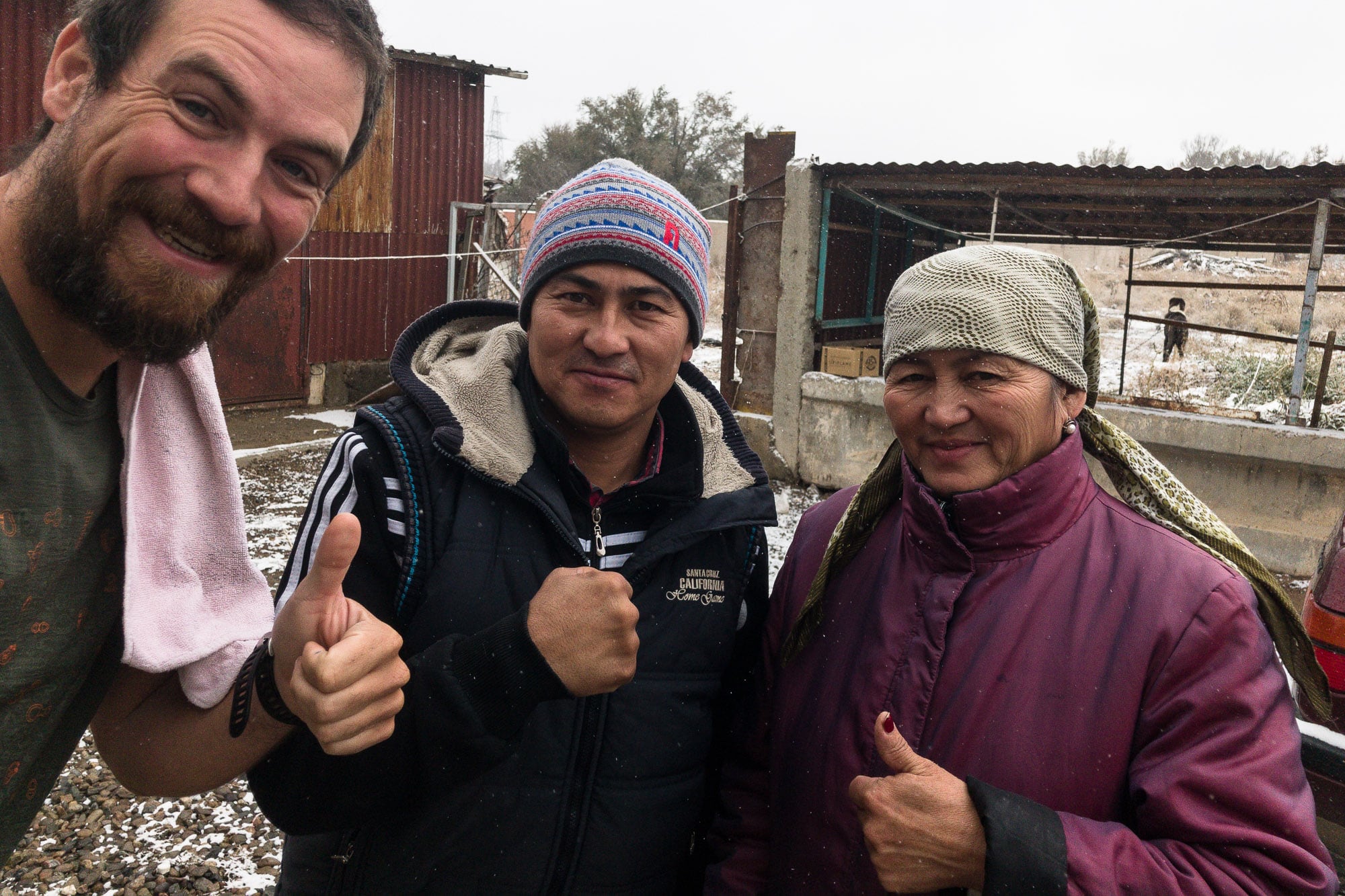 It was snowing outside, and I didn’t really feel like walking:

So I stayed in and took some selfies with Madina and Murka: 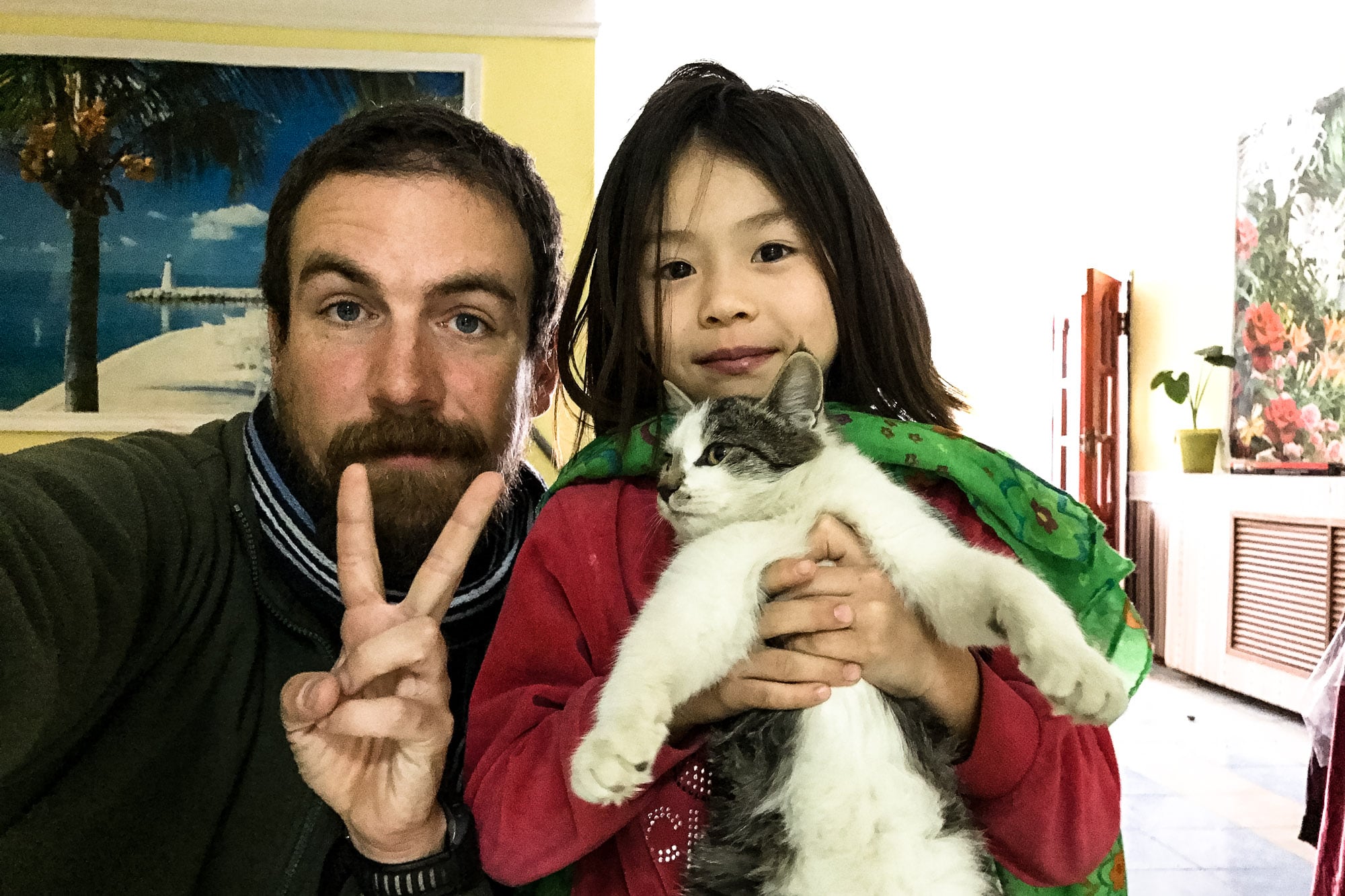 We were very serious about our selfie-taking: 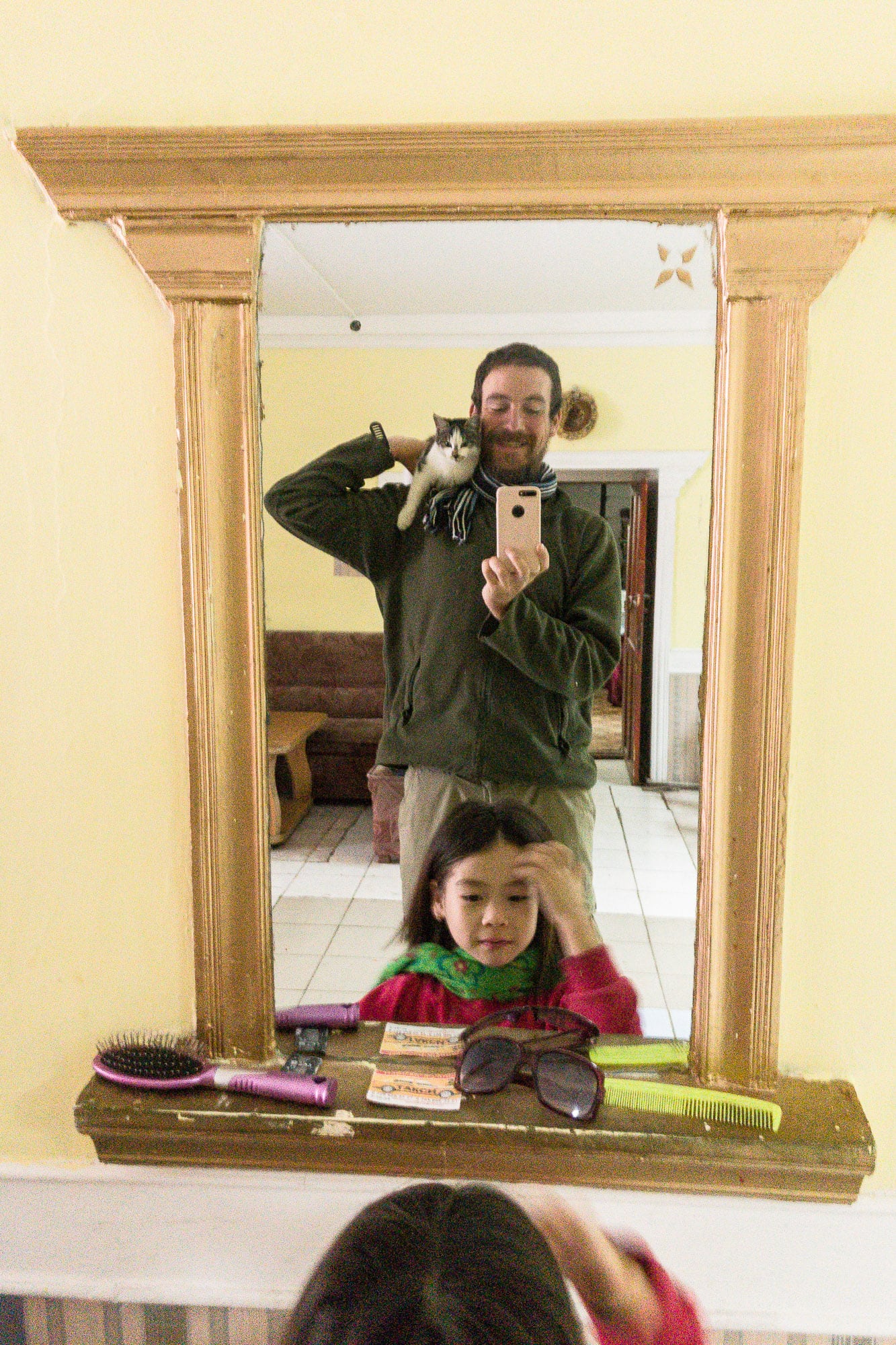 Only Murka seemed a bit tired: 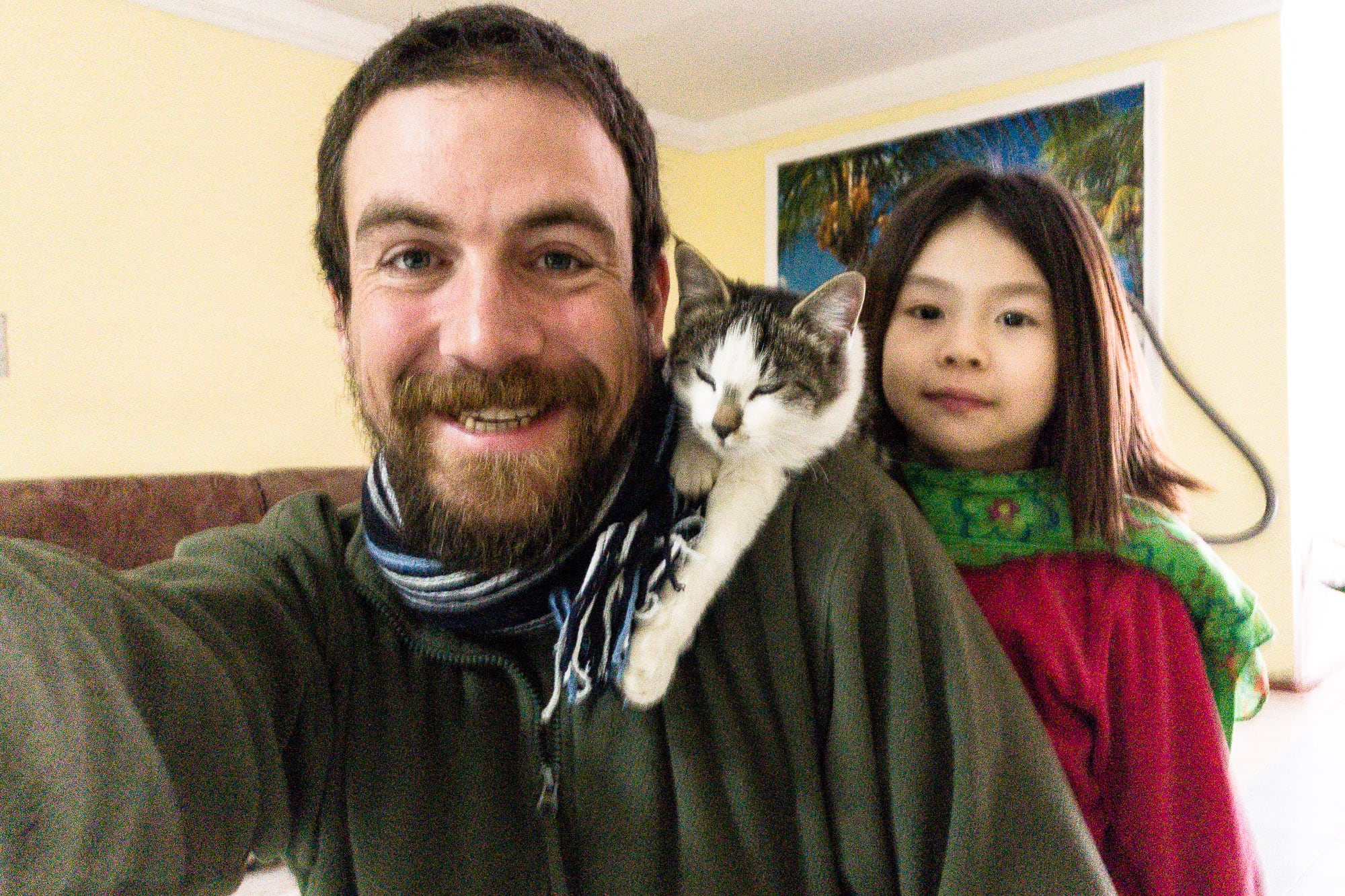 And then, when we were standing around in the kitchen, it hit me: 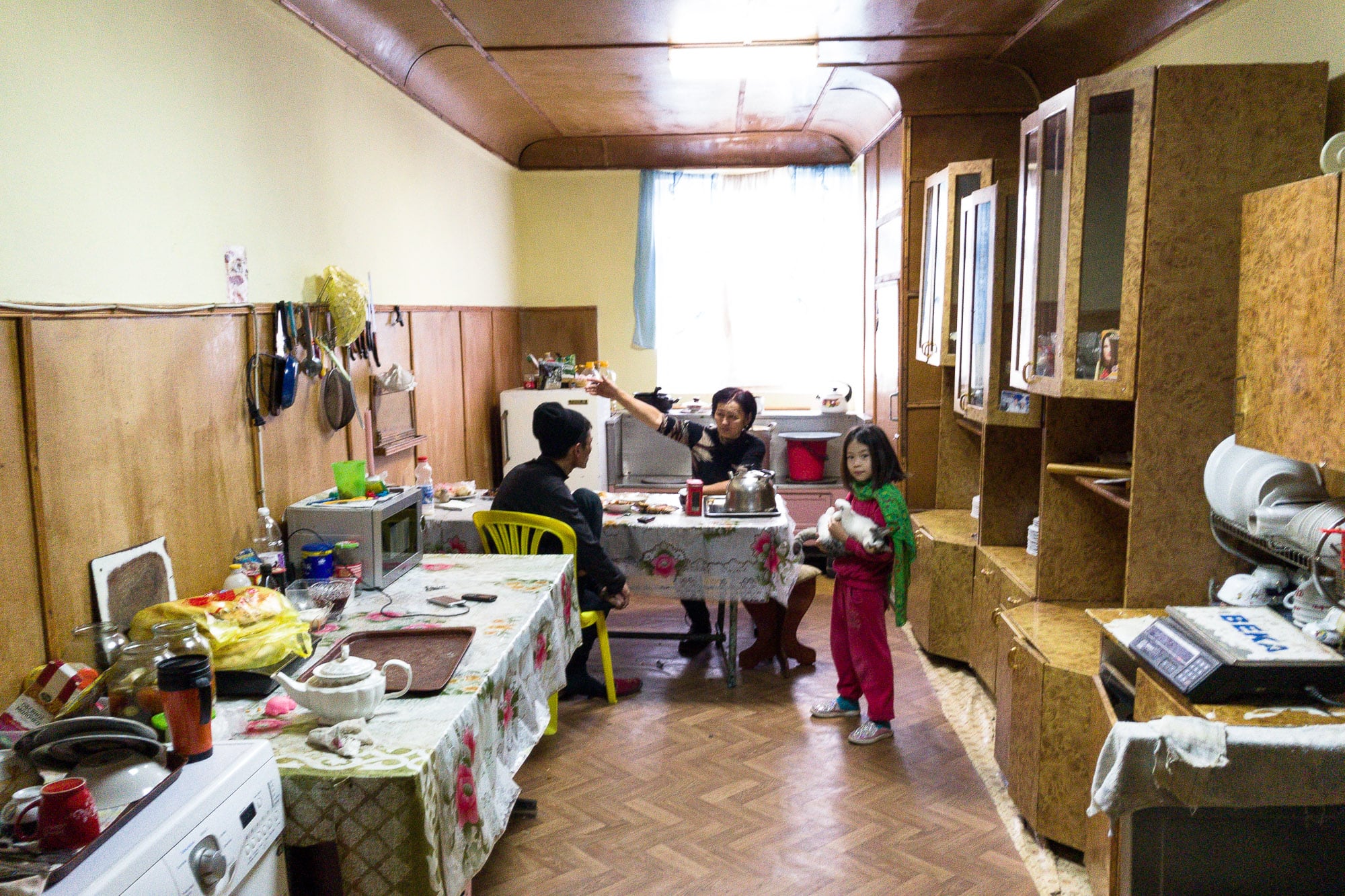 With her red outfit and her green scarf, Madina looked just like a super hero!

Sadly though, I couldn’t stay forever. So at some point I said my good-byes and stepped out into the snow: 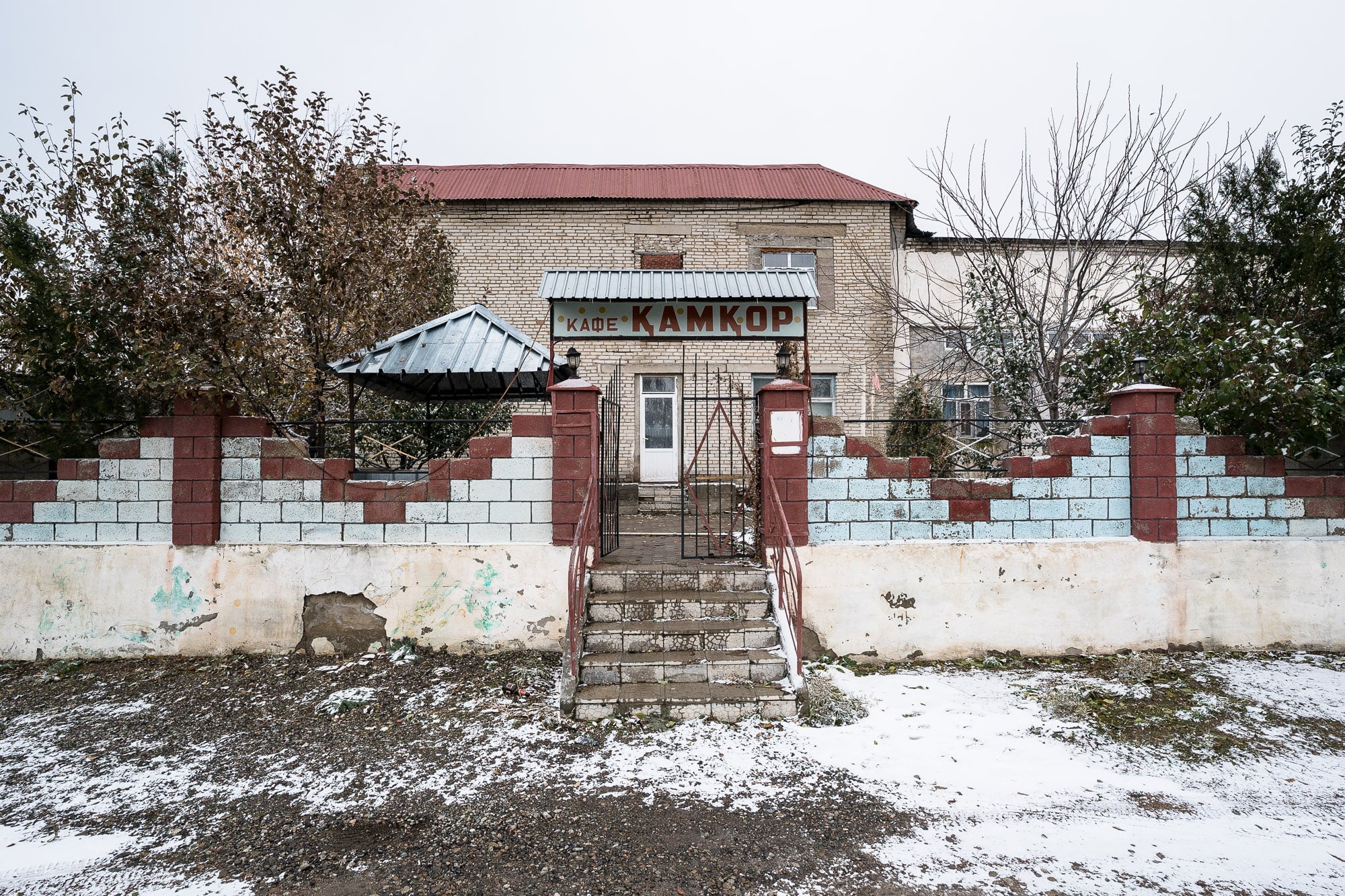 The road was tough that day: 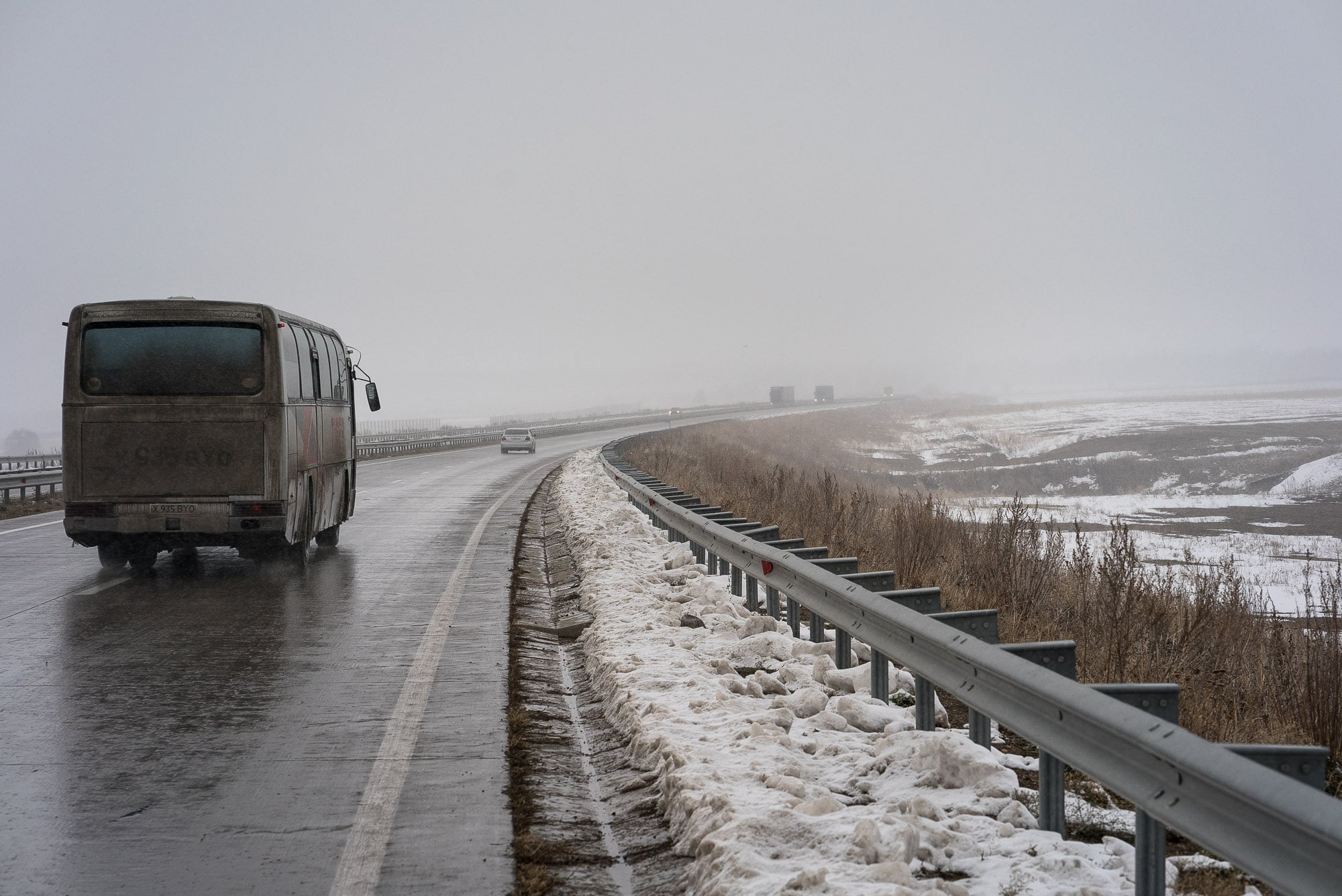 Though not quite as tough as I had expected it to be:

I reached a hotel in the afternoon: 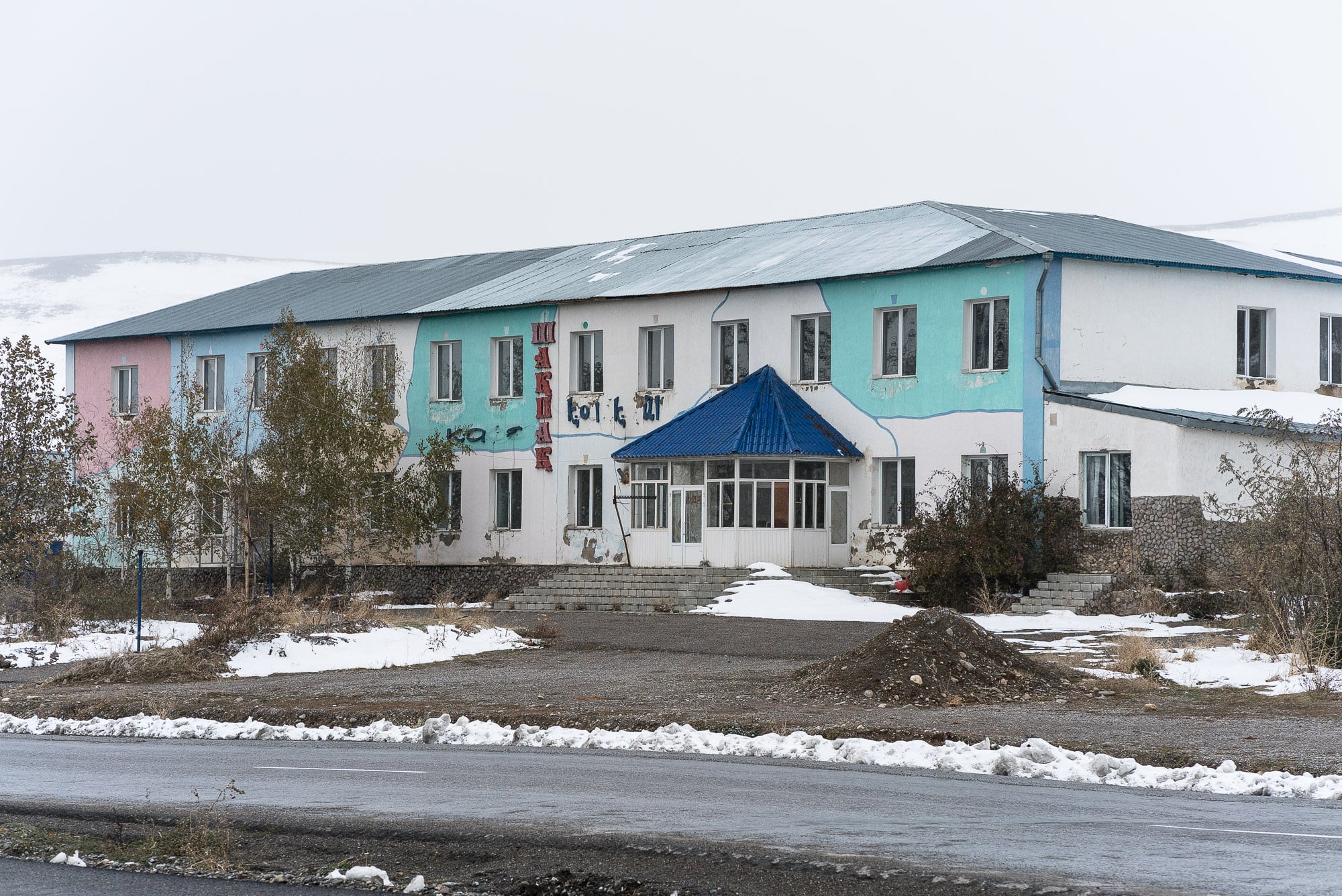 But it was closed.

So I kept on walking, even after the road turned into a mud slide: 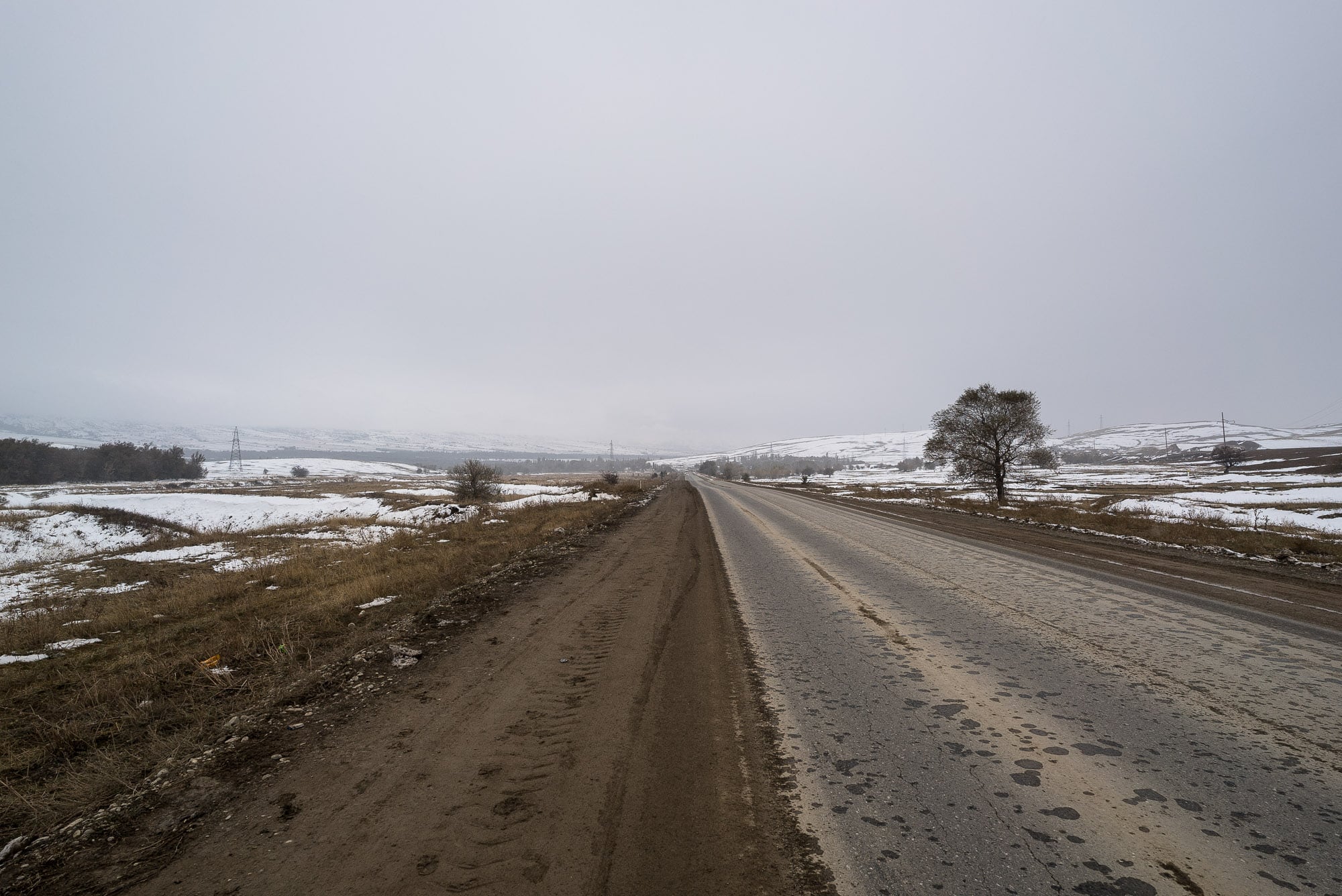 When I reached the village of Shakpak Baba, I found out that it had no hotel. And it didn’t have a restaurant either. But it had four shops, one of which was pretty big: 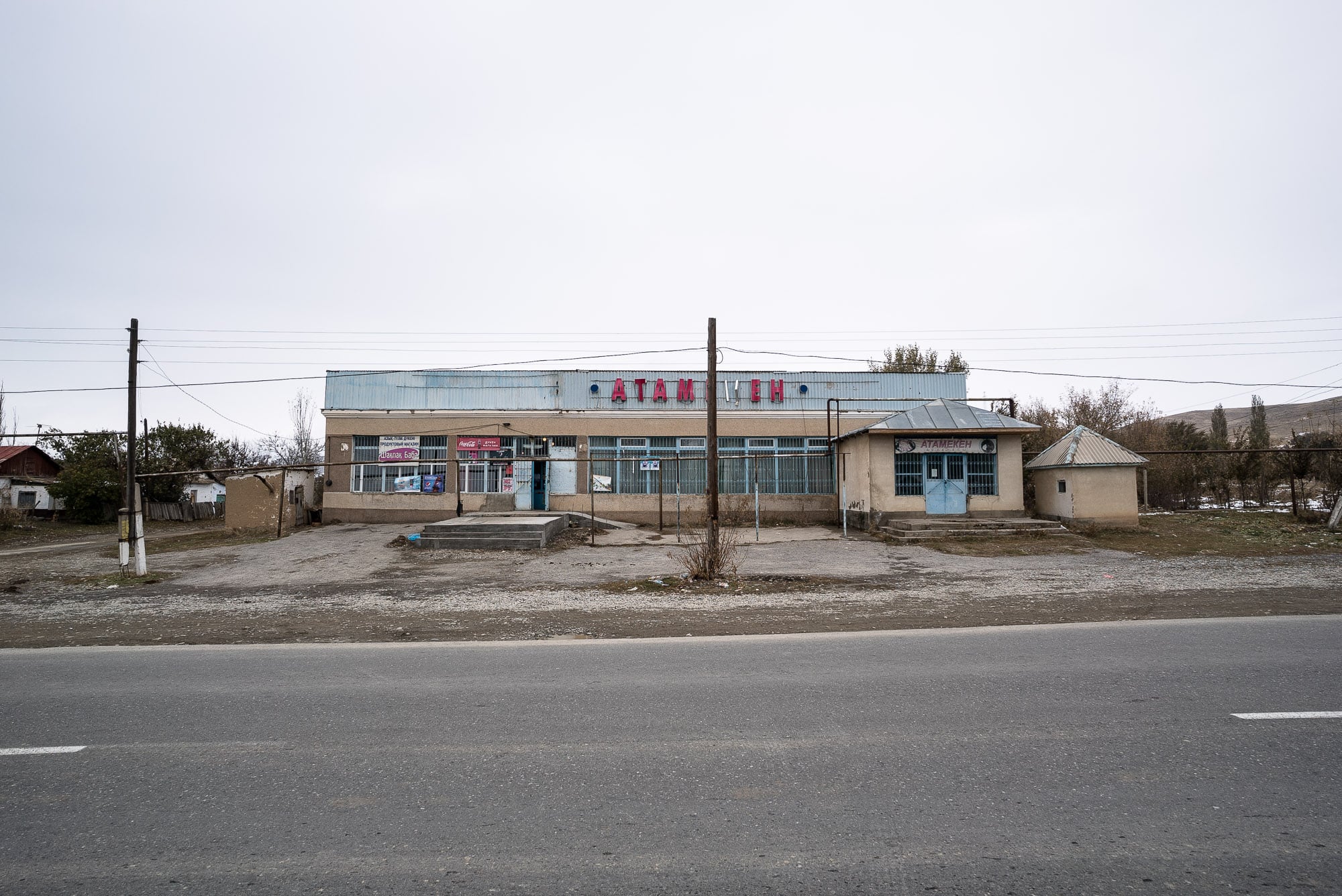 I asked in every shop if they knew anyone who could maybe take me in for the night, but to no avail. They just kept repeating the same word: no, no, no, no.

The problem was this, though: 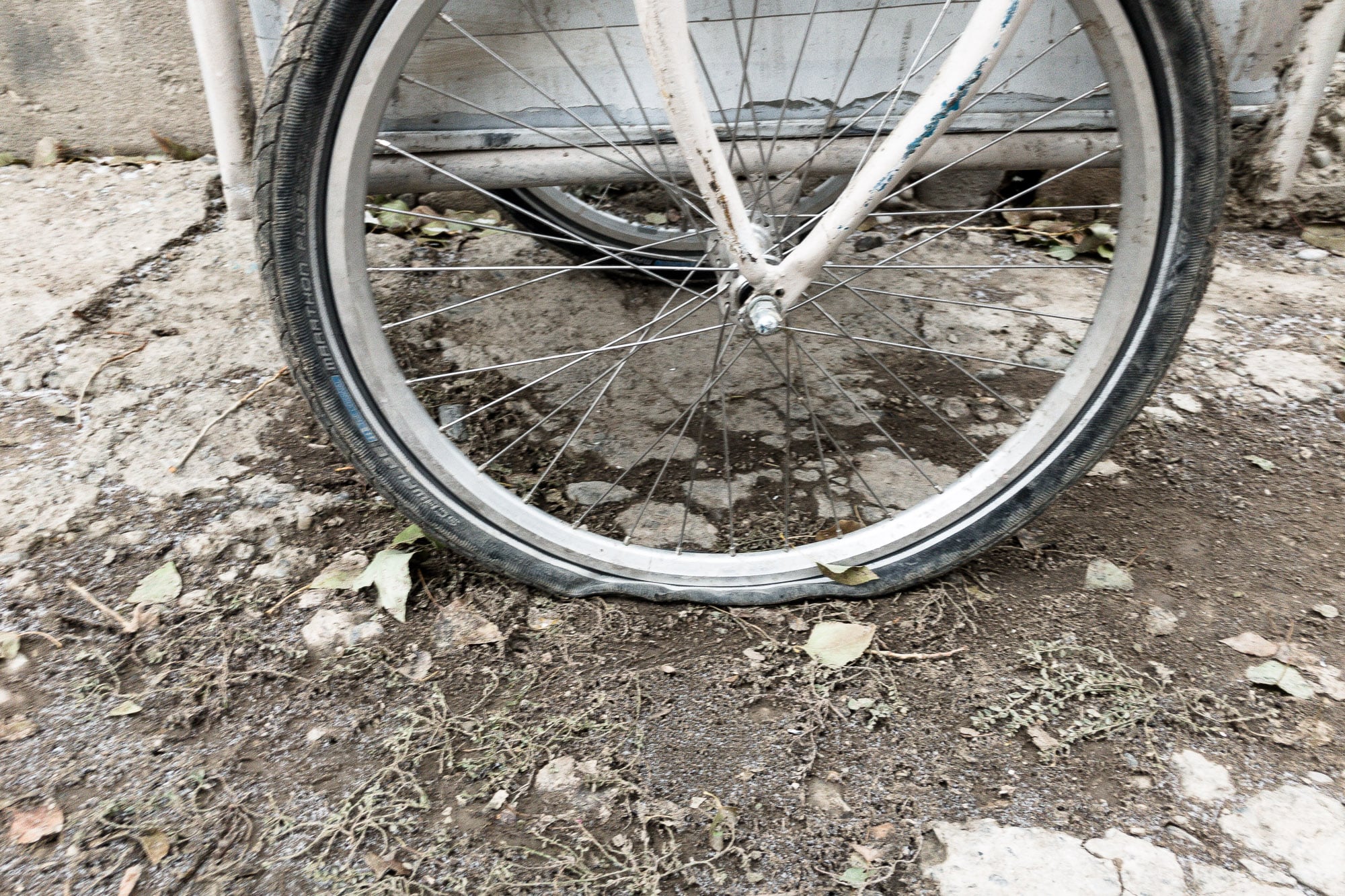 I had blown a tire.

So when this lady called Zoe saw me walking past her house, she asked me what I was doing and why I seemed to be so annoyed: 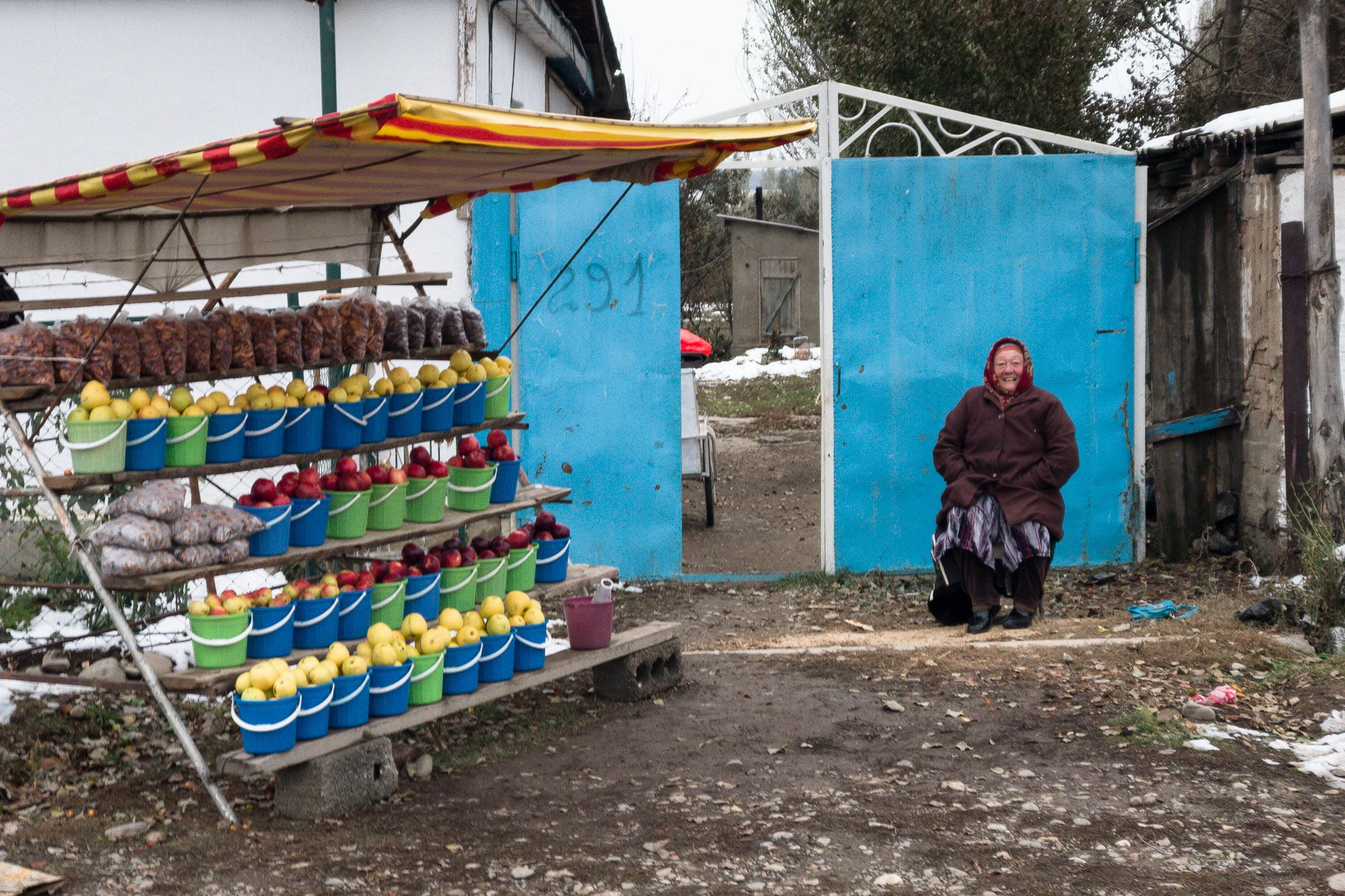 And after listening to my account of the events, she said I could just stay in her living room. 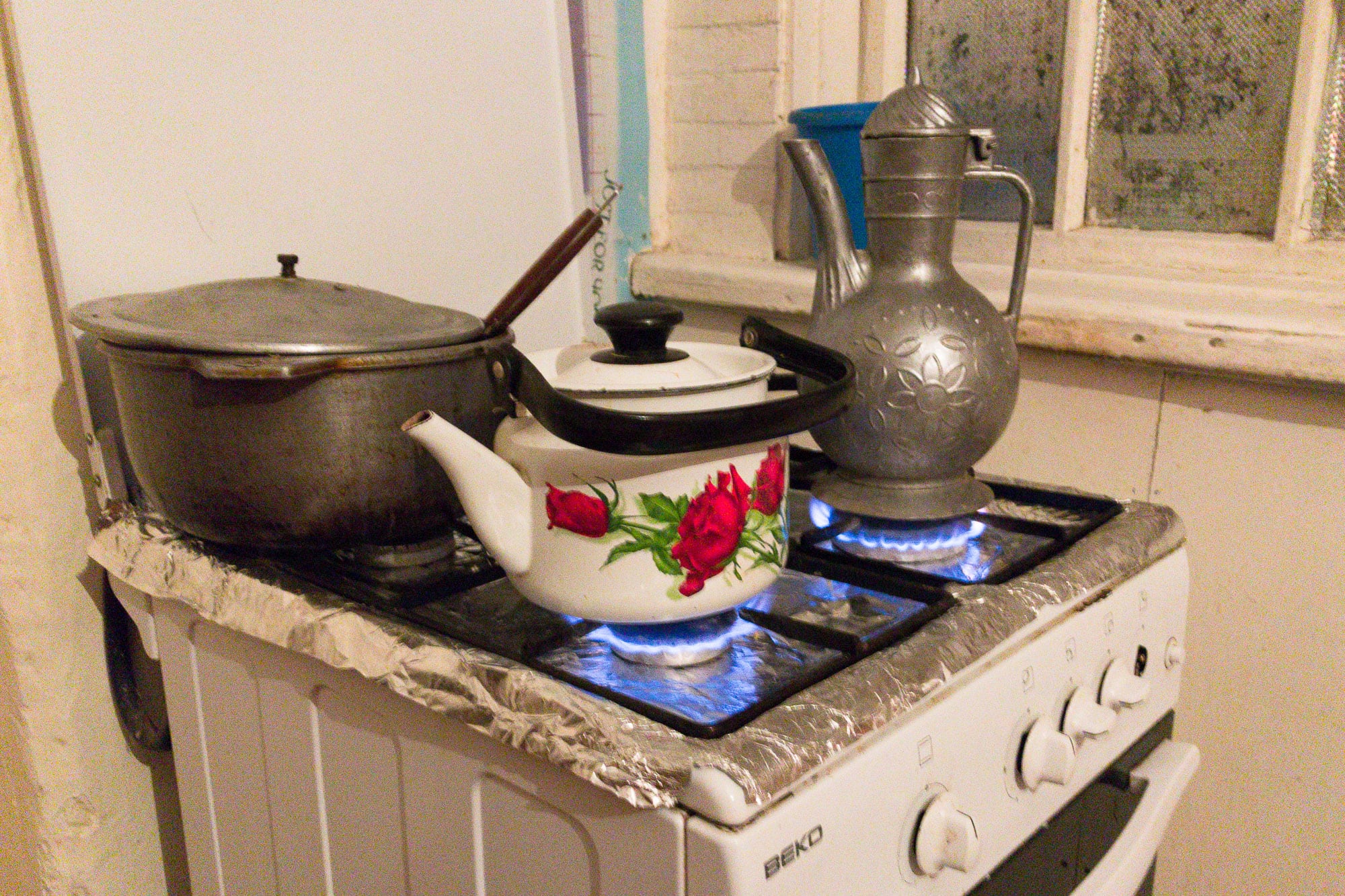 And she said it with such vigor that I just shut up and did as I had been told.