Woke up in Zoe’s living room: 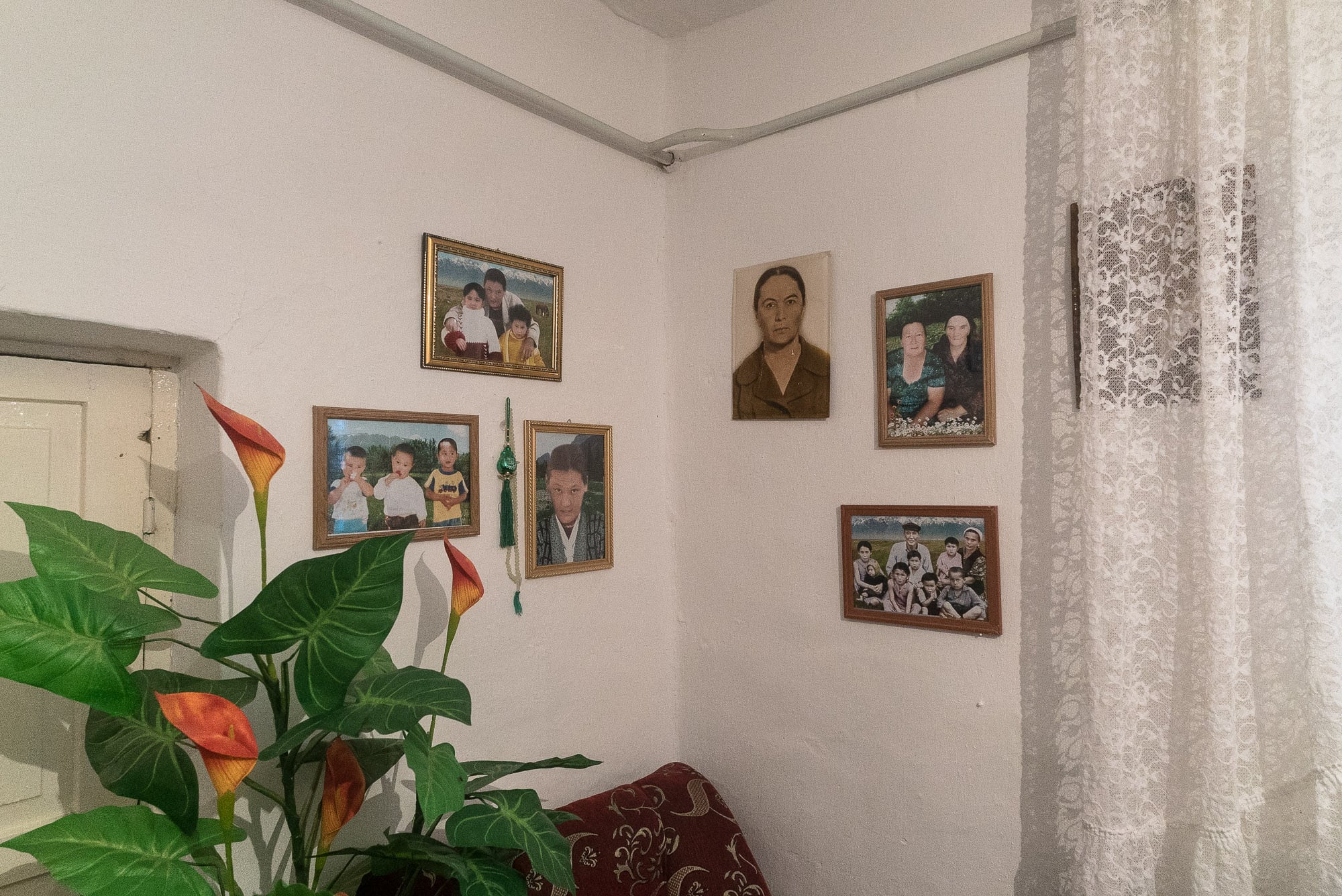 It had been a warm night under the Mecca poster next to the oven: 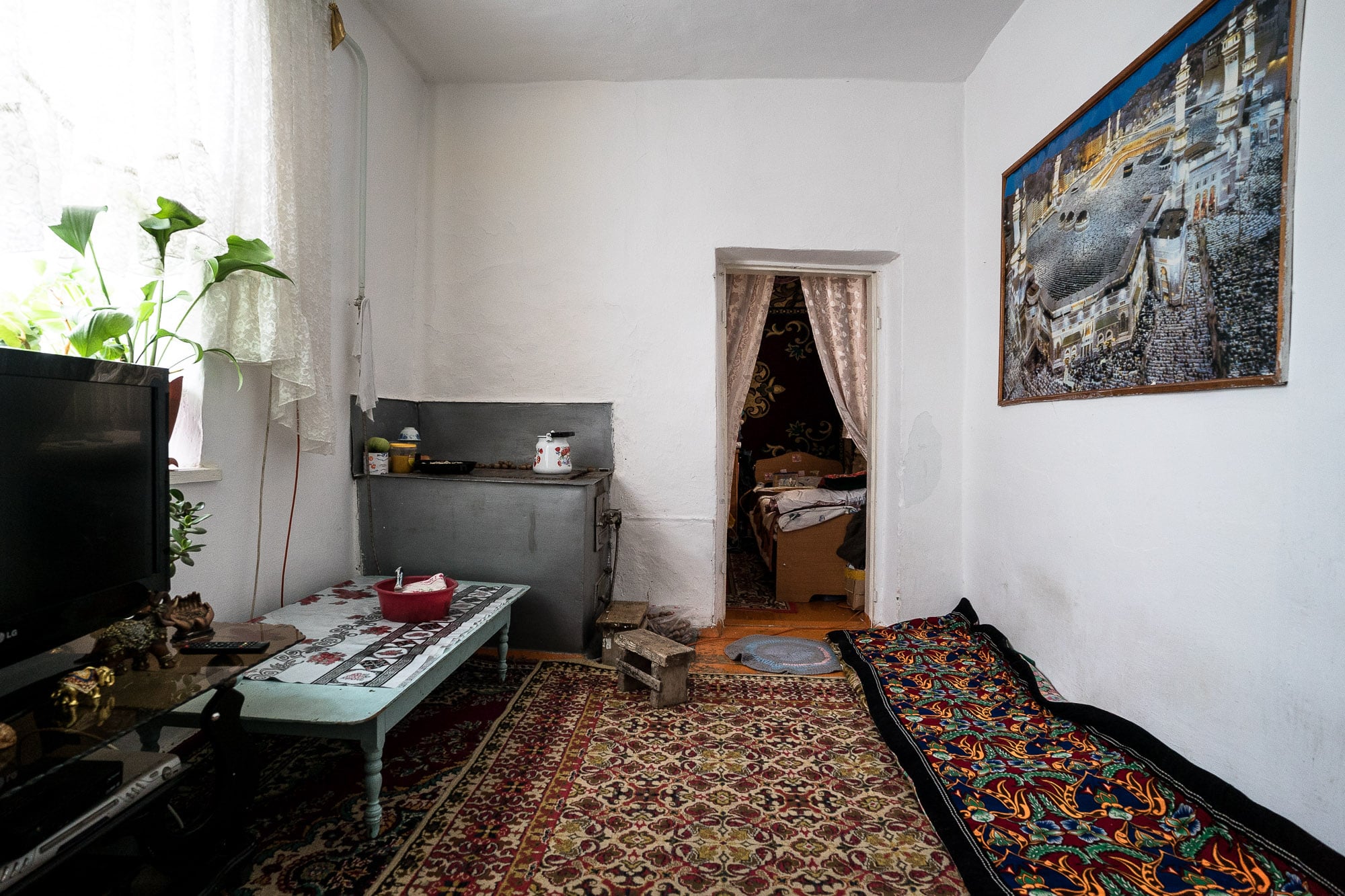 Zoe was in a great mood, and so was I: 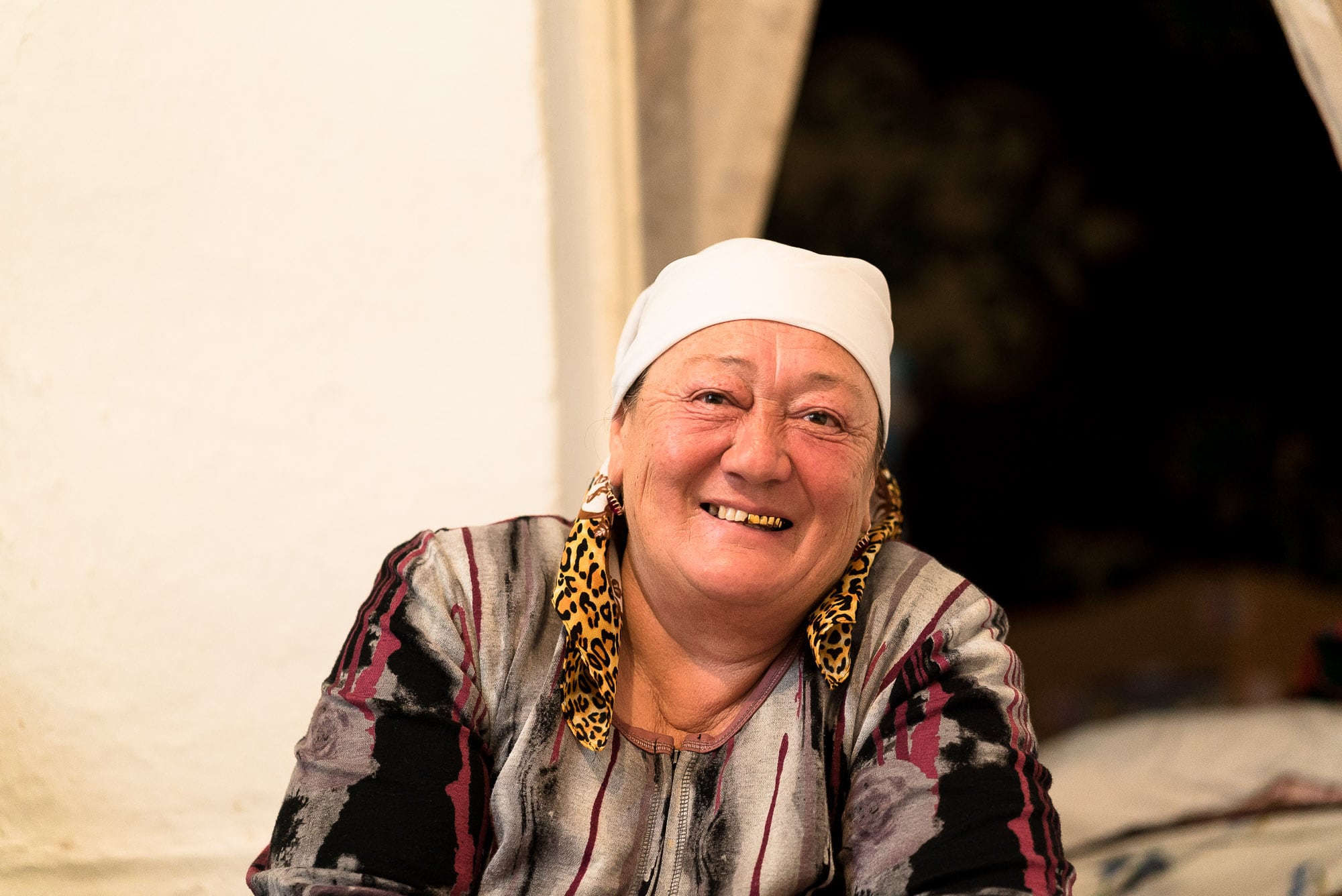 We hung out for a while, having tea and talking about the ways of the world, then at around noon I finally got on my way.

There were some dudes outside who had just come back from a game of Kokpar (“goat grabbing”, a form of polo if you will):

Then I was on the road: 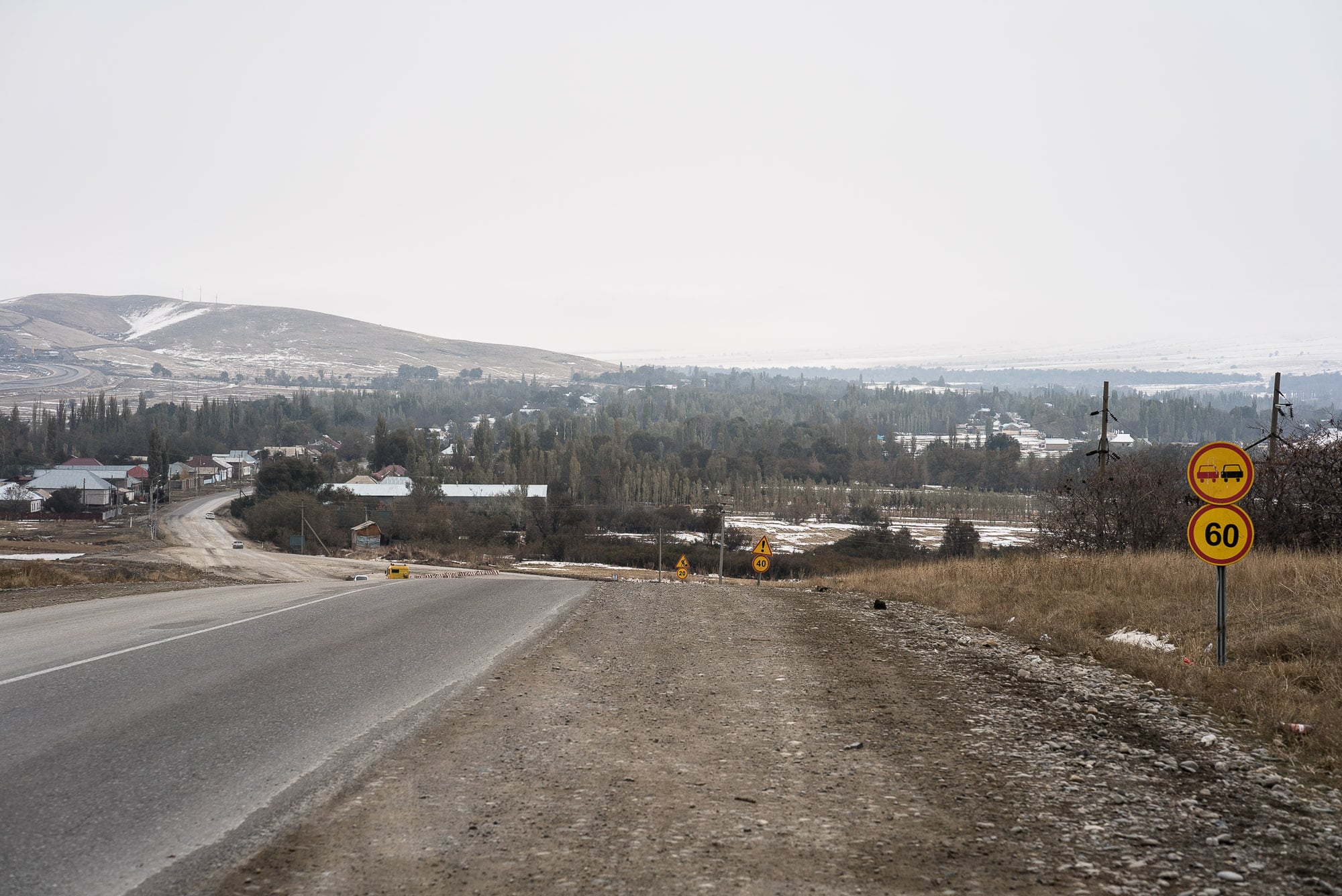 I was pretty relaxed about everything, because I knew the way ahead wasn’t going to be far.

There was still snow everywhere: 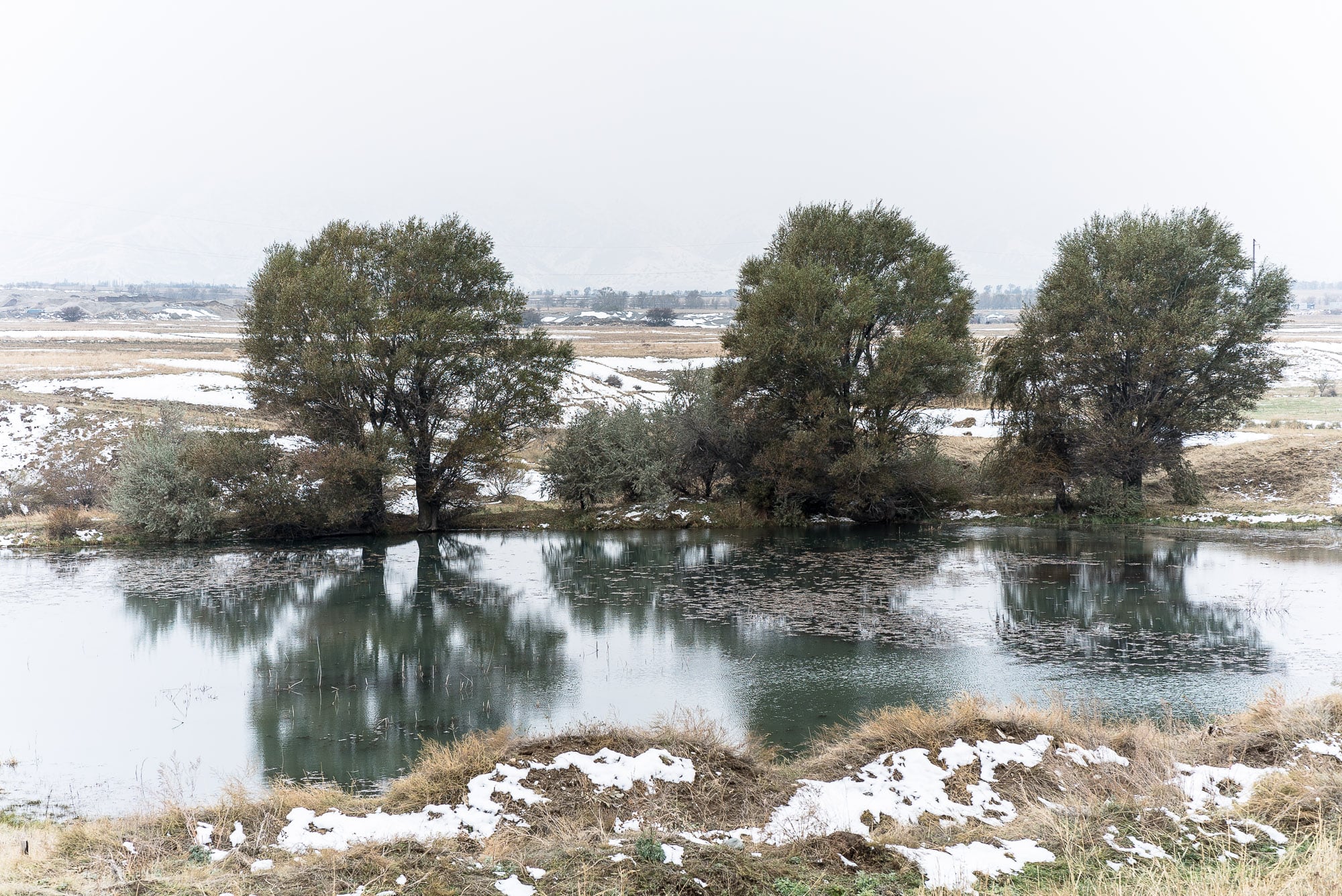 I came through small villages: 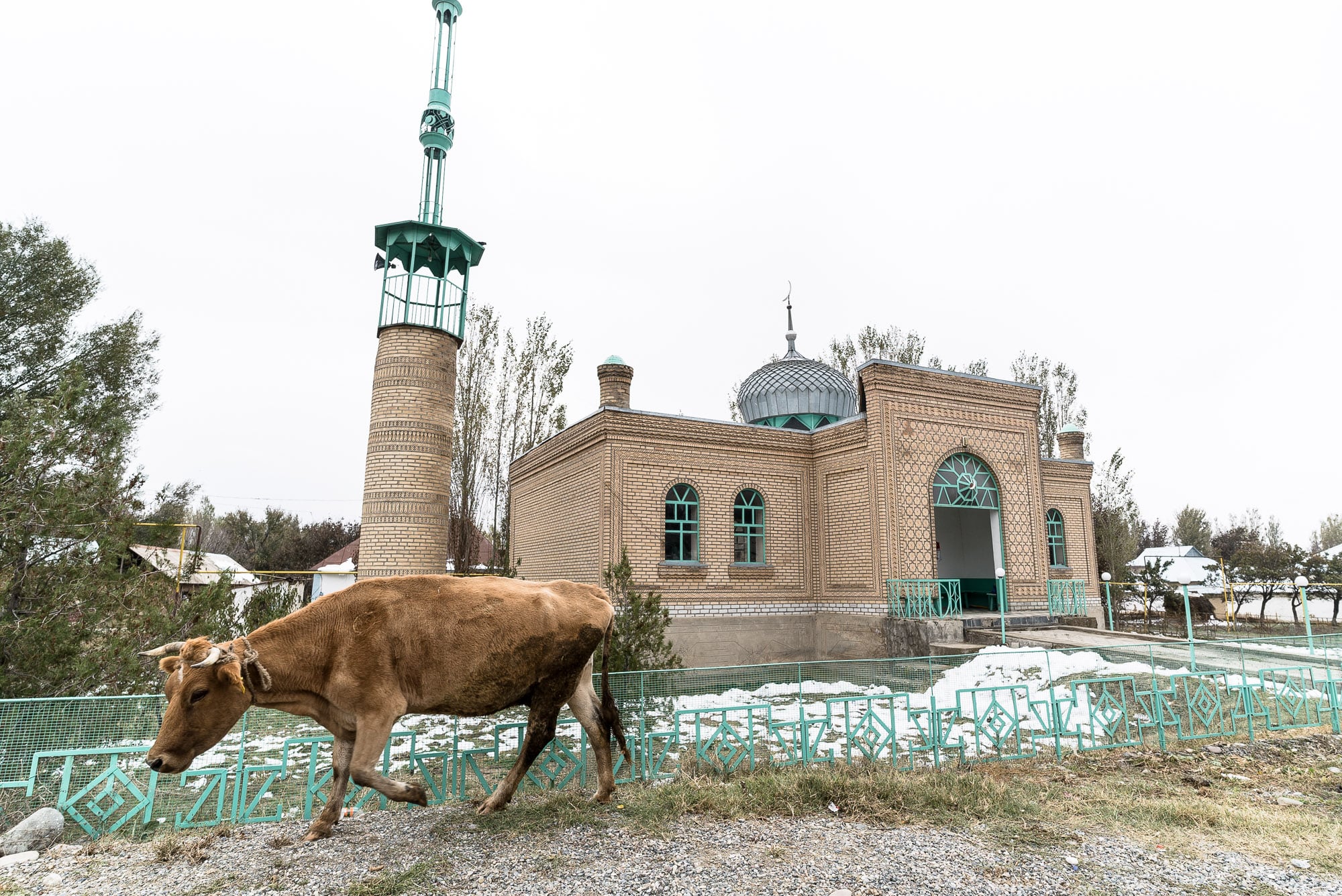 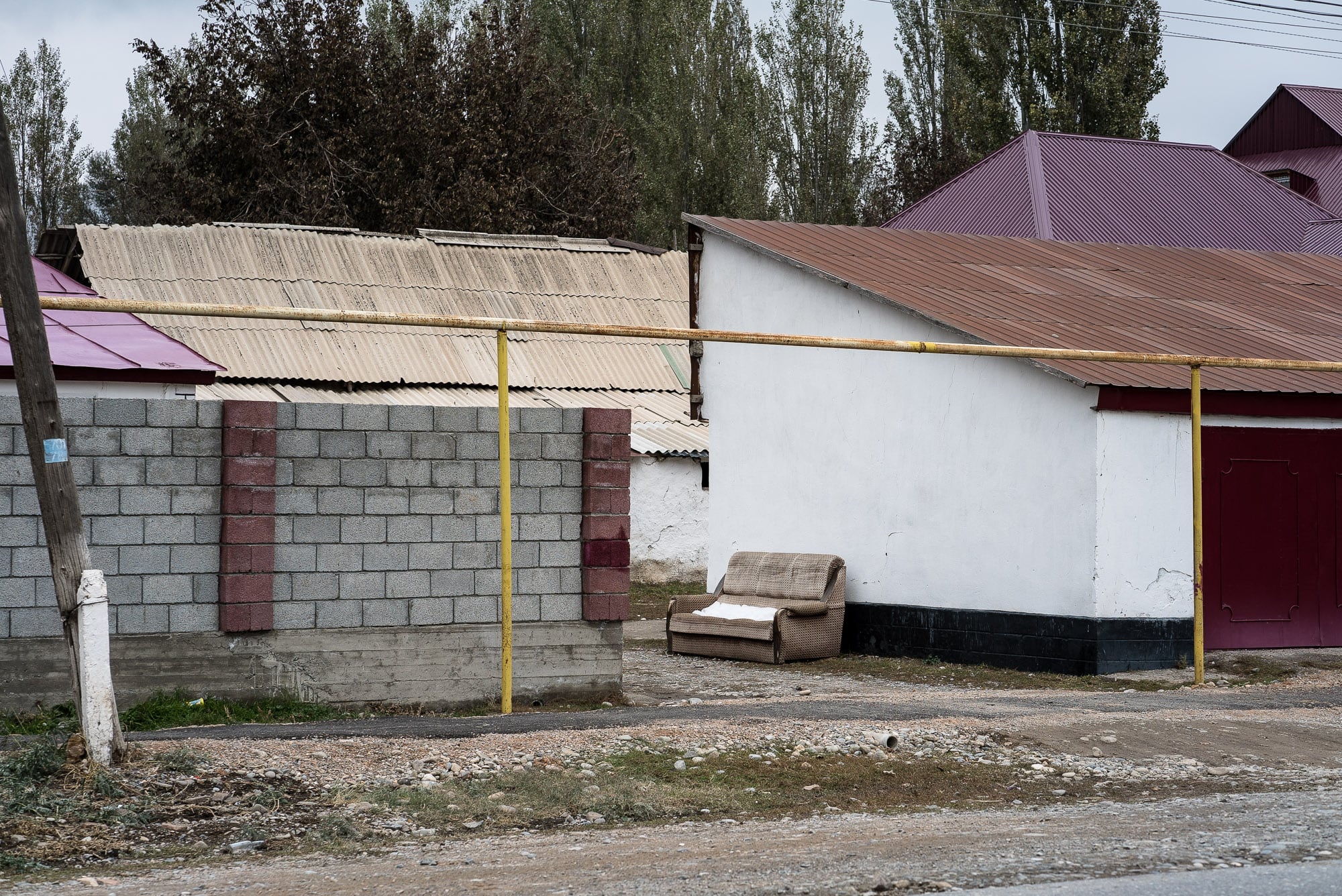 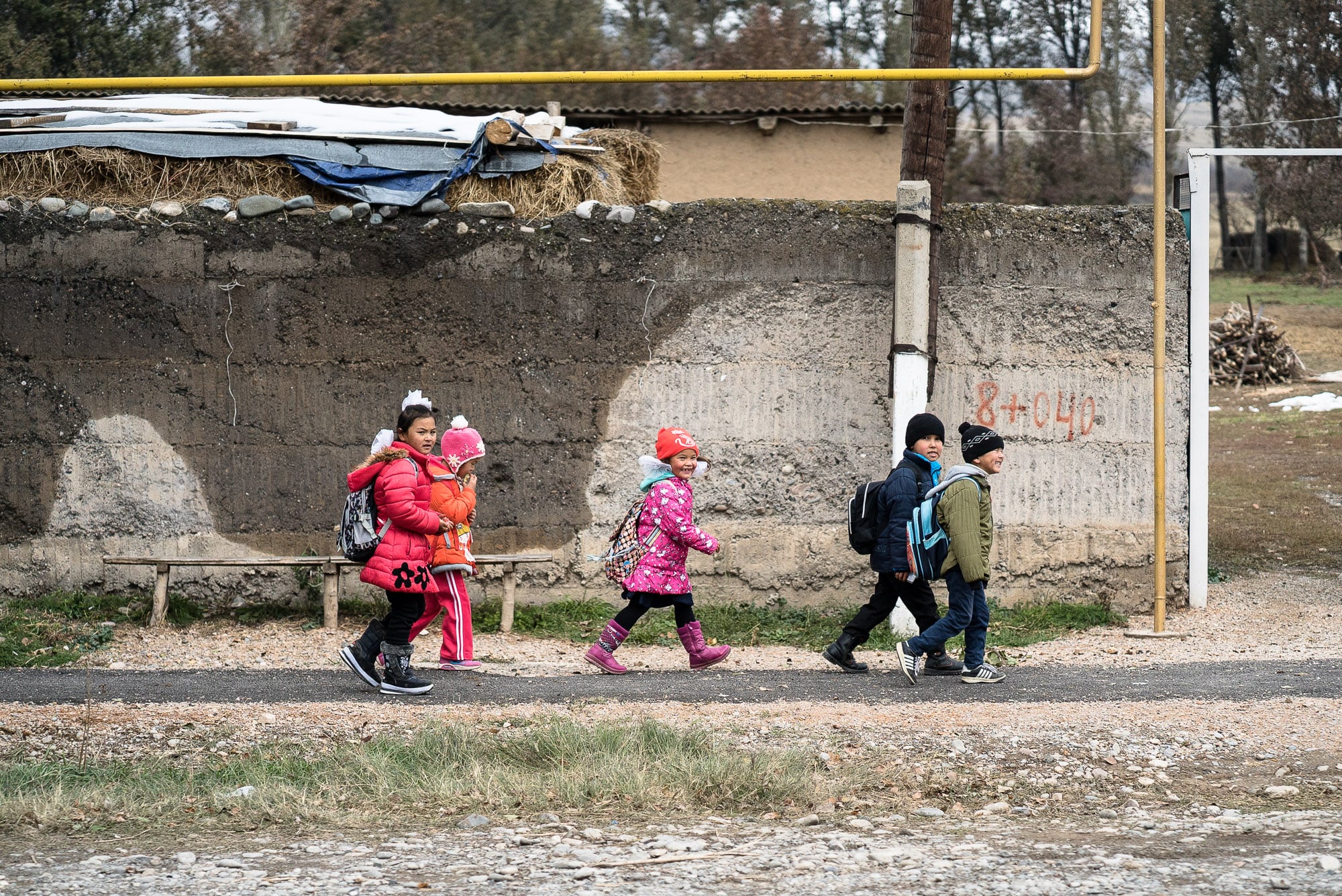 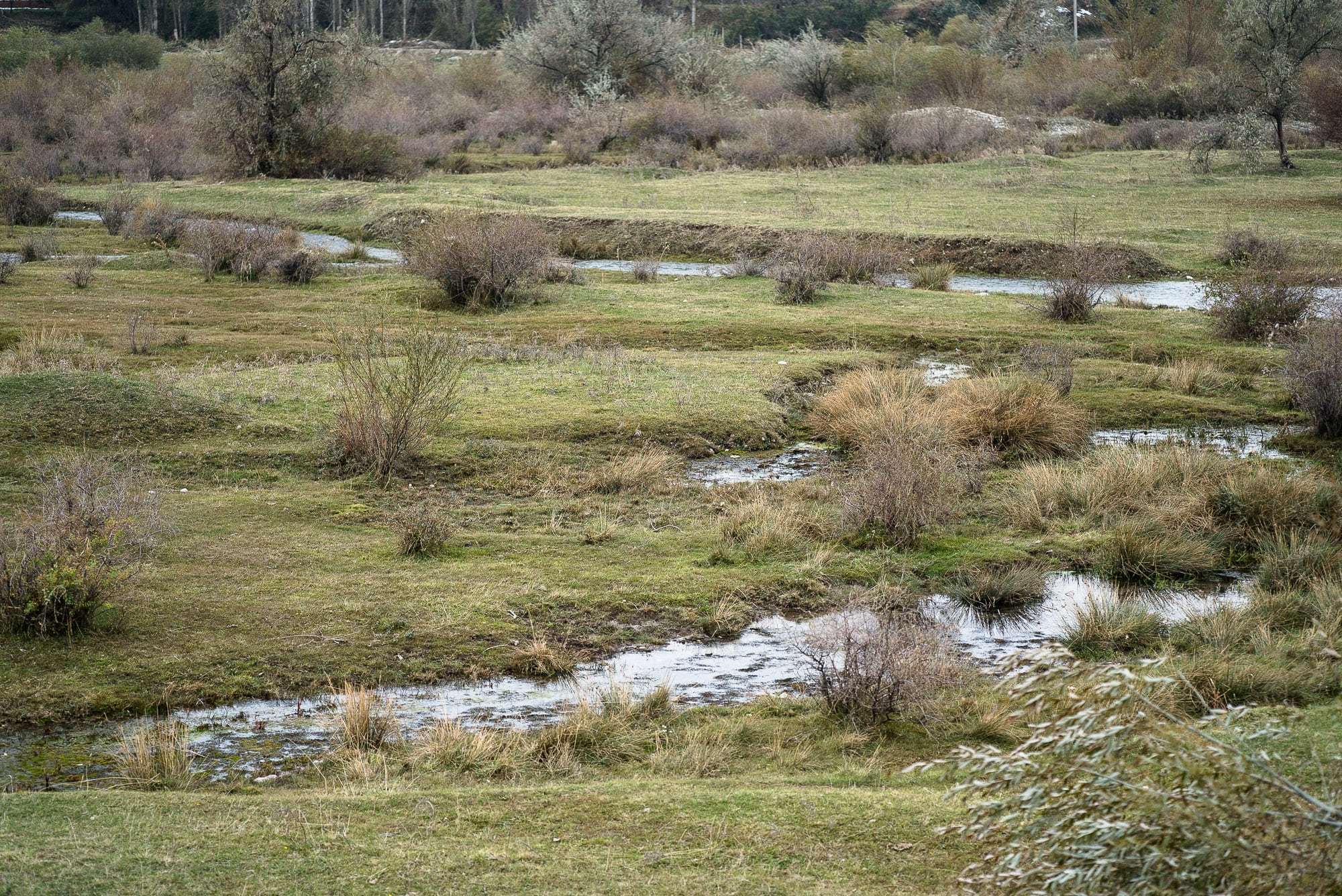 …that only revealed their flaws once you took a closer look: 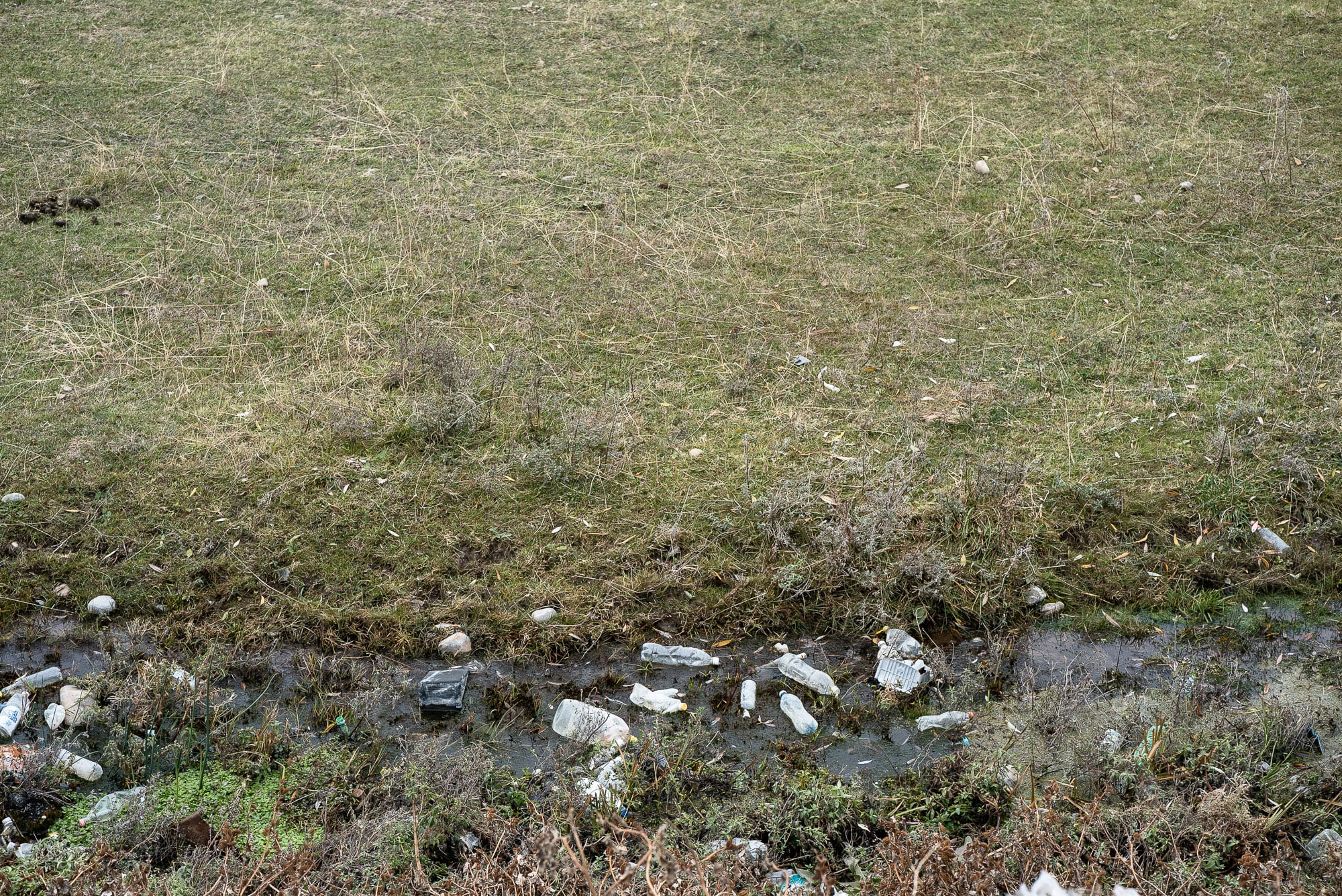 All in all, it was an easy walking day:

I arrived in the small town of Turar Ryskulov (also named after a Soviet hero) in the afternoon: 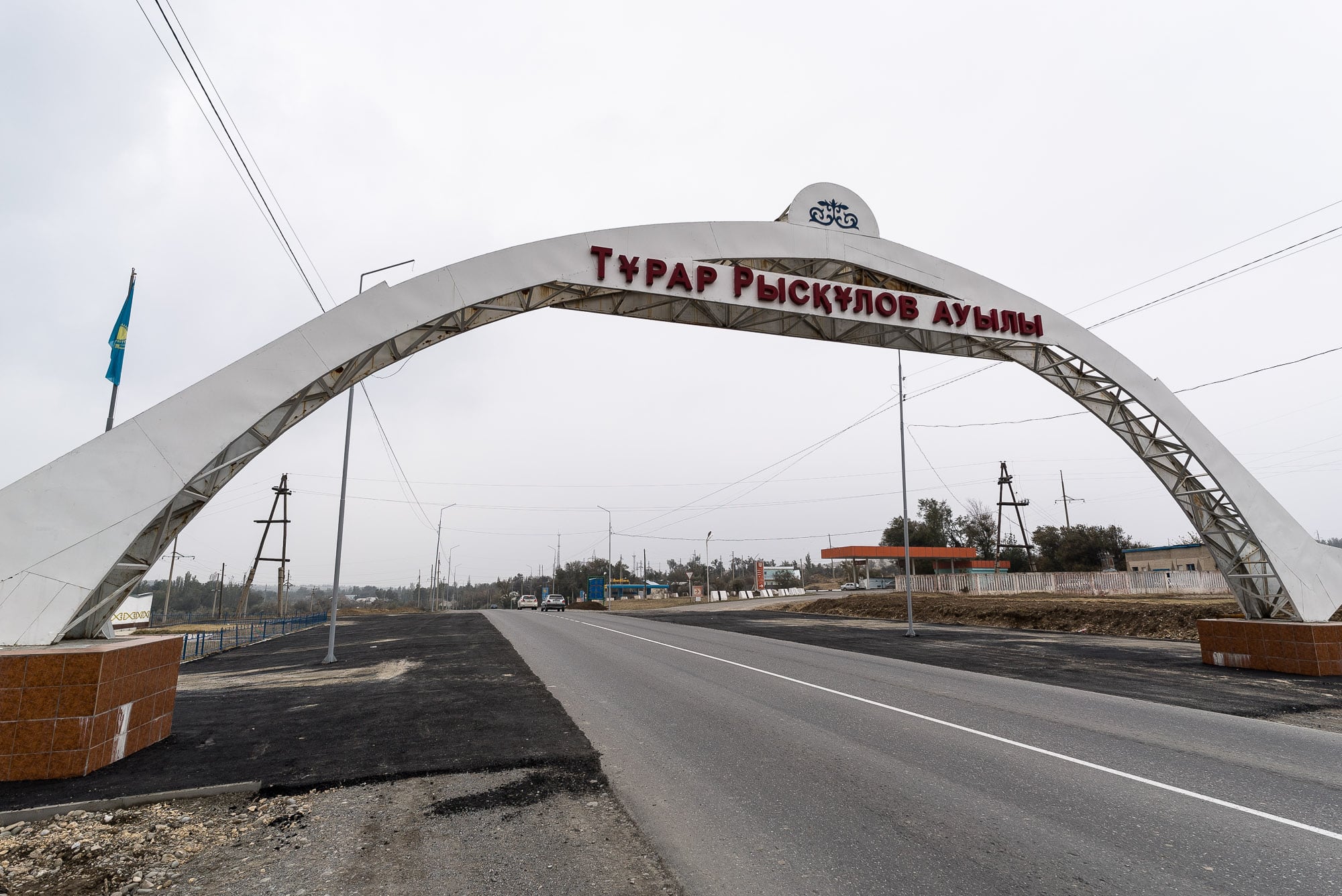 There was a monument to the first 25 years since the founding of the Republic of Kazakhstan, and before that monument, I found an empty vodka bottle: 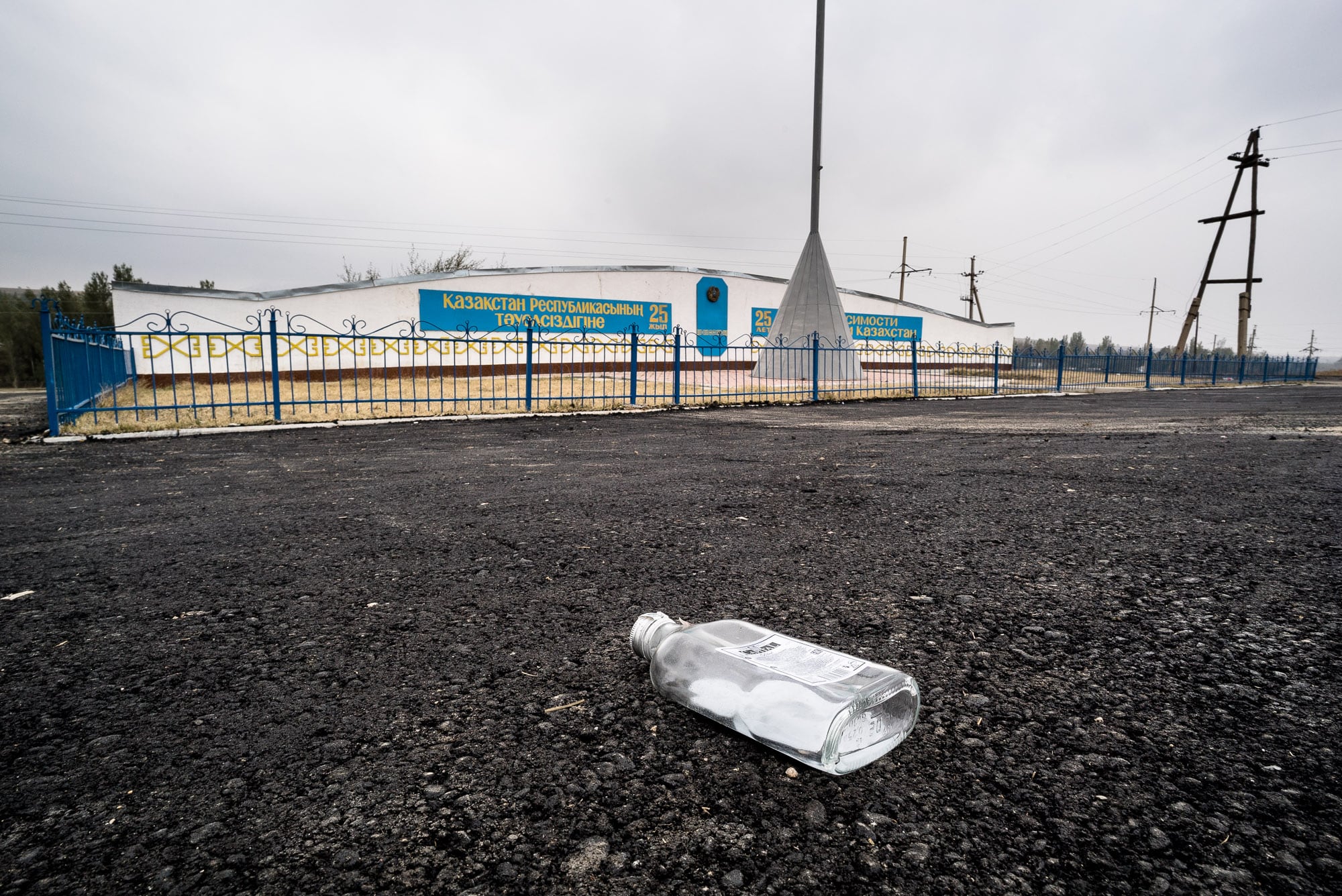 I know it’s cheesy and it’s not even good photography, but I liked it, so there!

Autum was still in full effect: 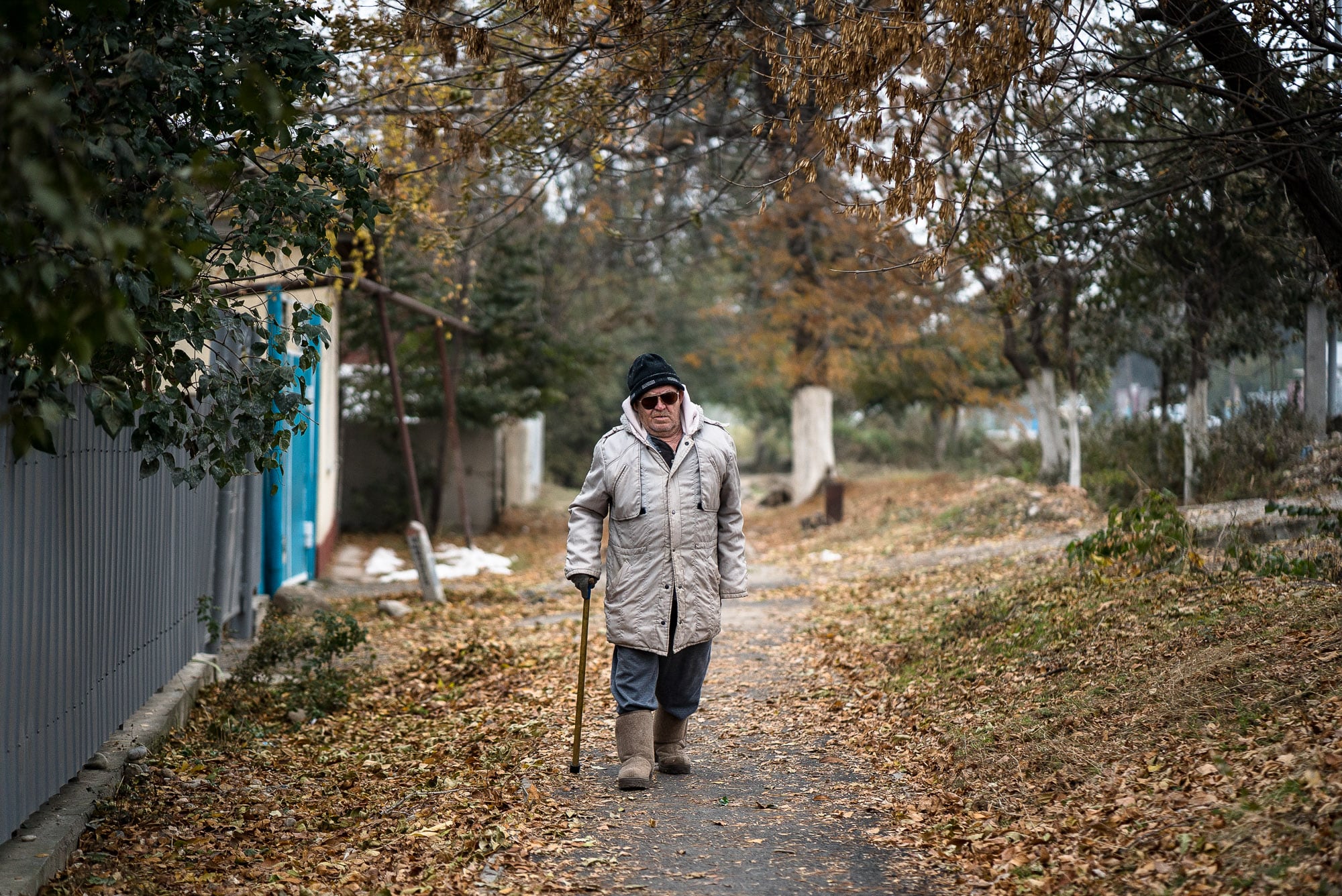 I took a picture of myself, which is pretty hard considering that I had to set up the tripod, set up the camera, focus on an area and then set a self-timer and run to the position that I had focused on: 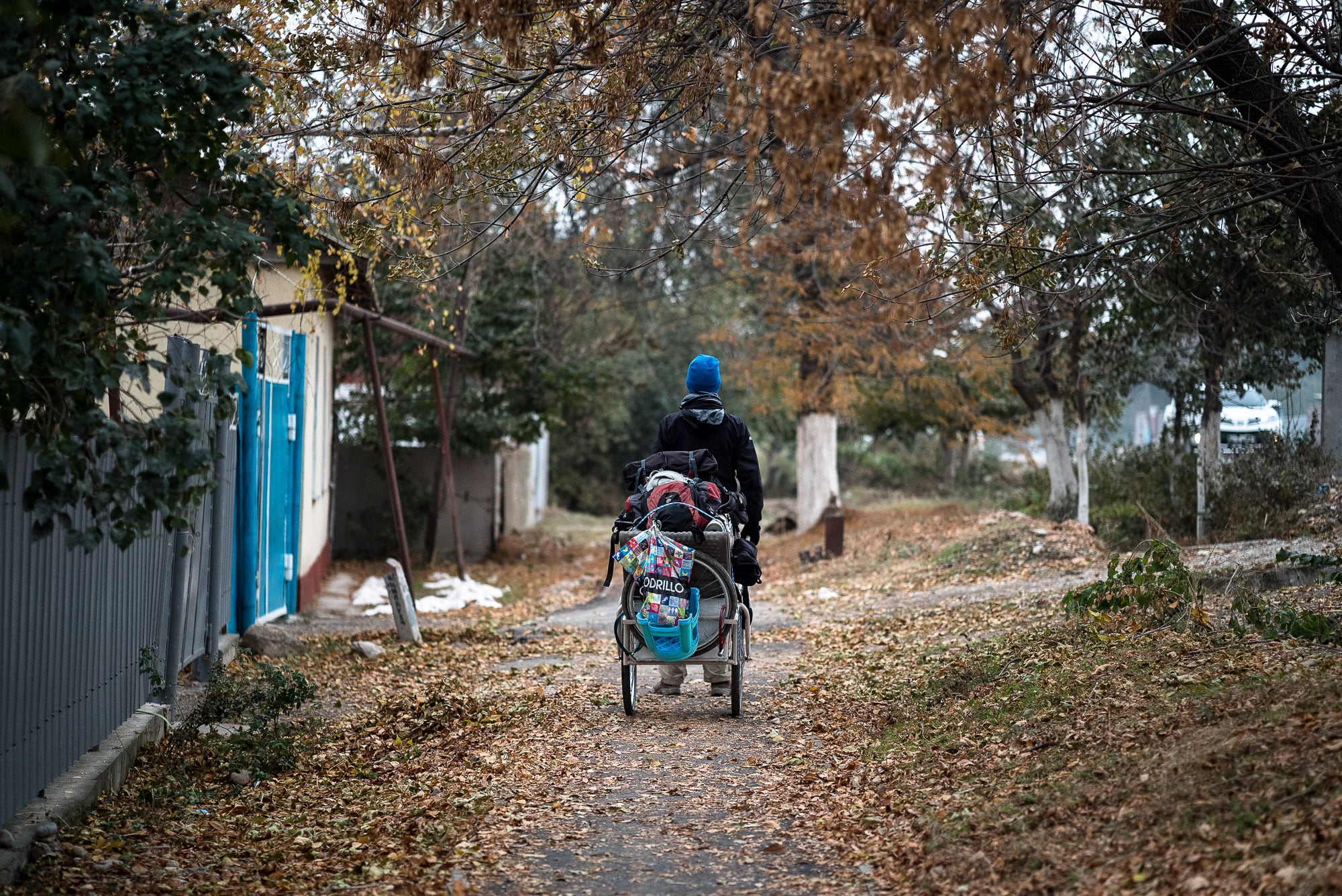 And then I arrived at the hotel: 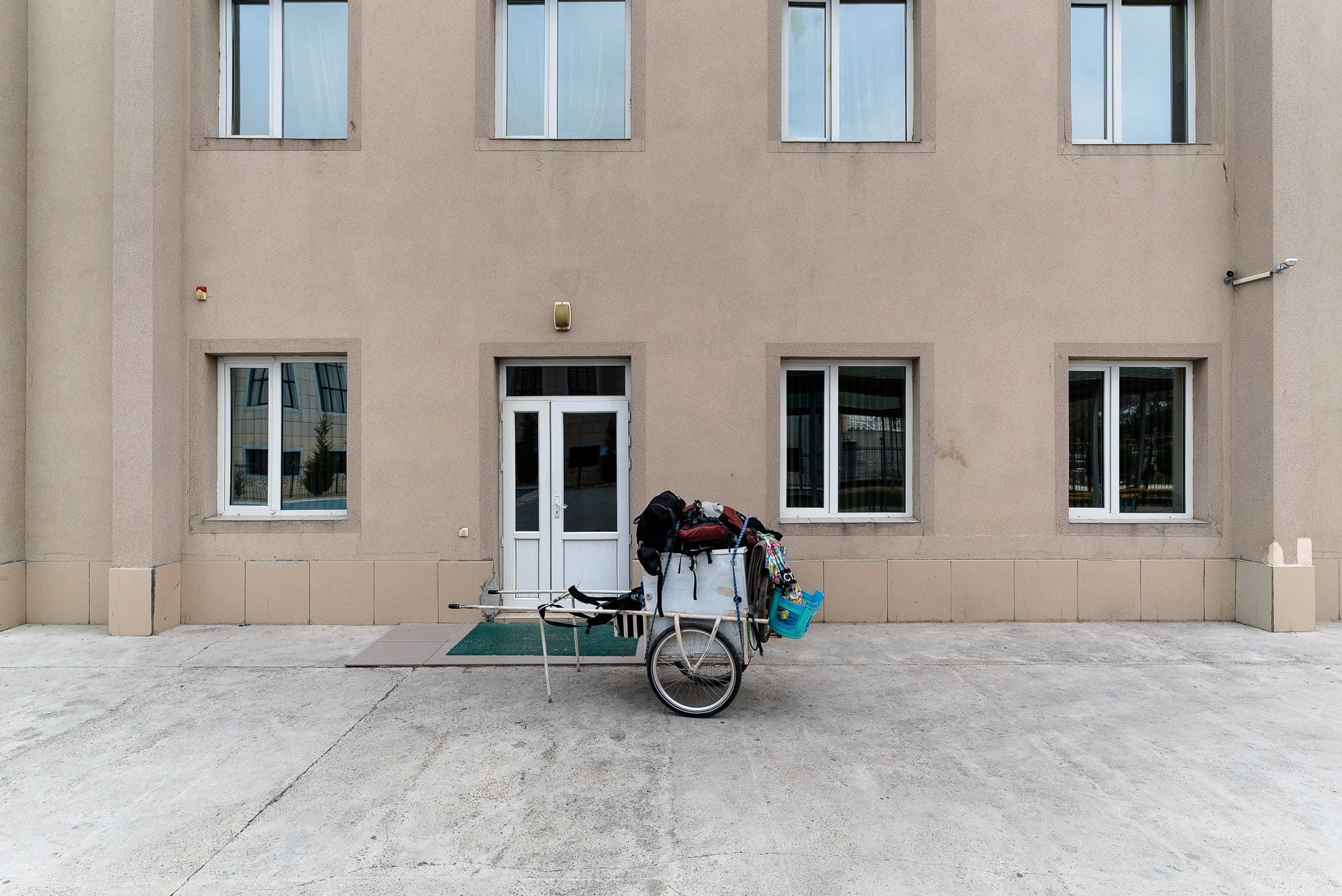 It was pretty big, and it even had a pool: 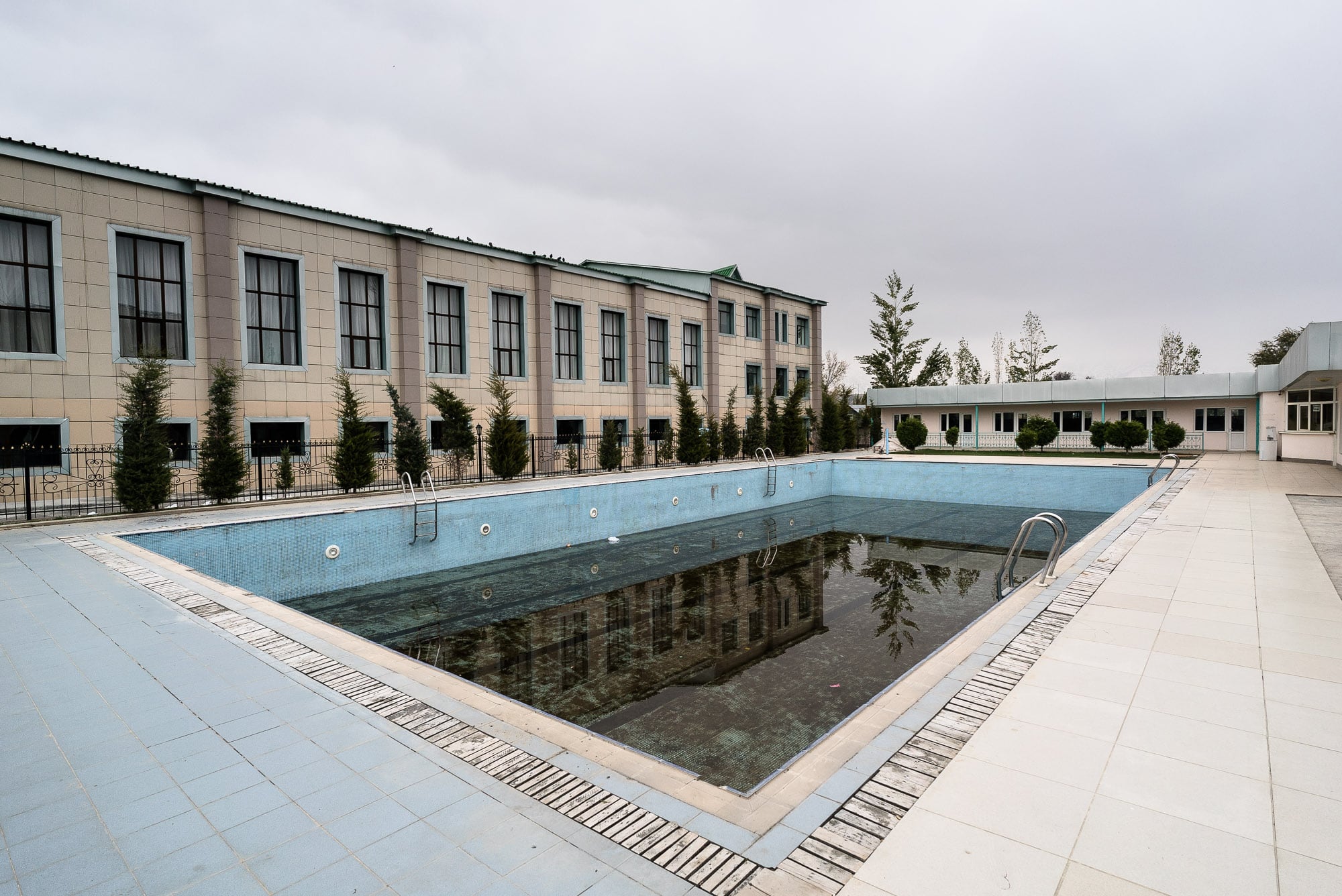 I chose not to go for a swim though, for various reasons.