When I woke up, the pilgrims had already left. So I said good-bye to Katya and her husband, the owners of the pilgrim guesthouse: 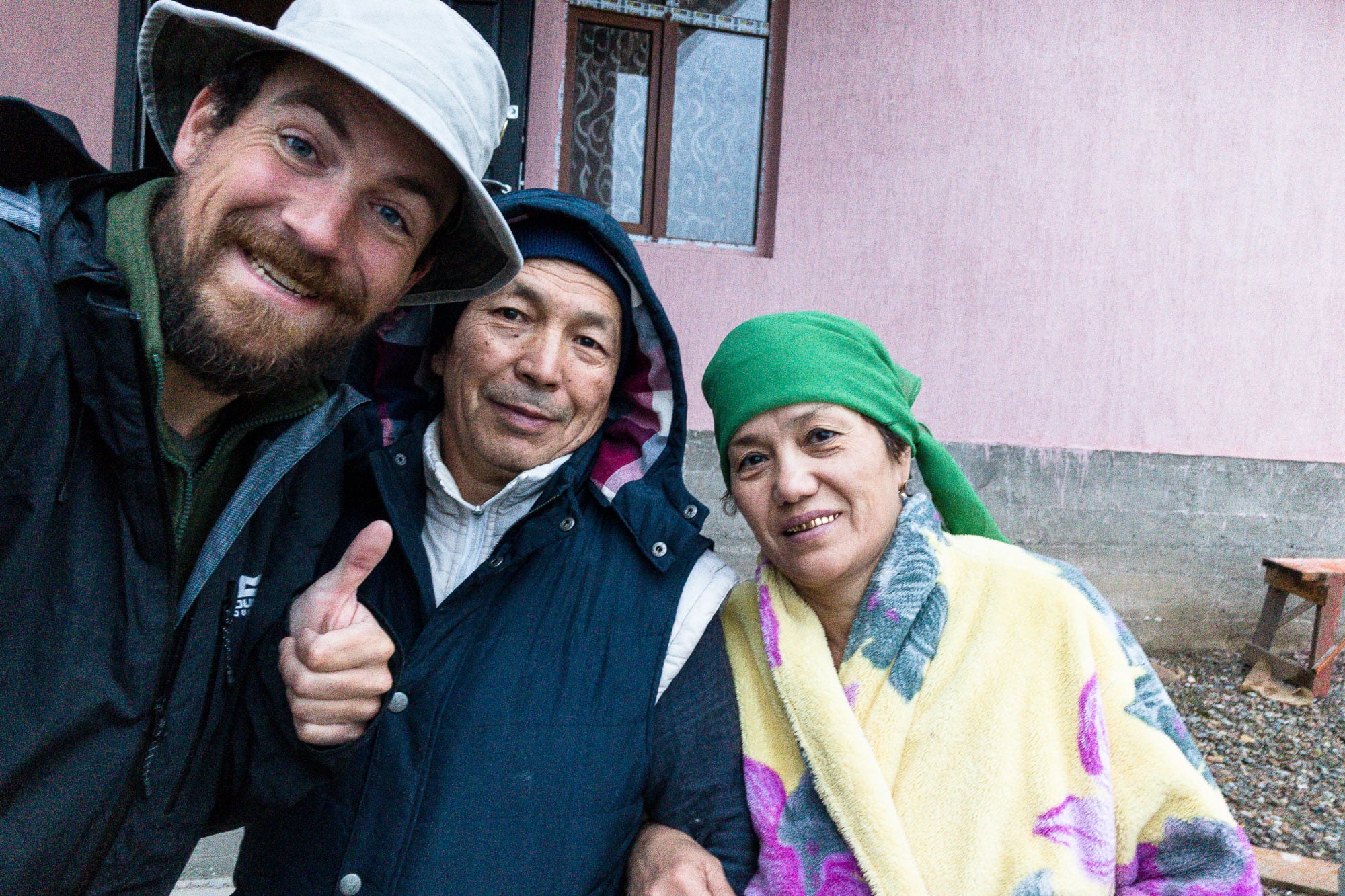 Then I left the village that was called Aisha Bibi after the mausoleum: 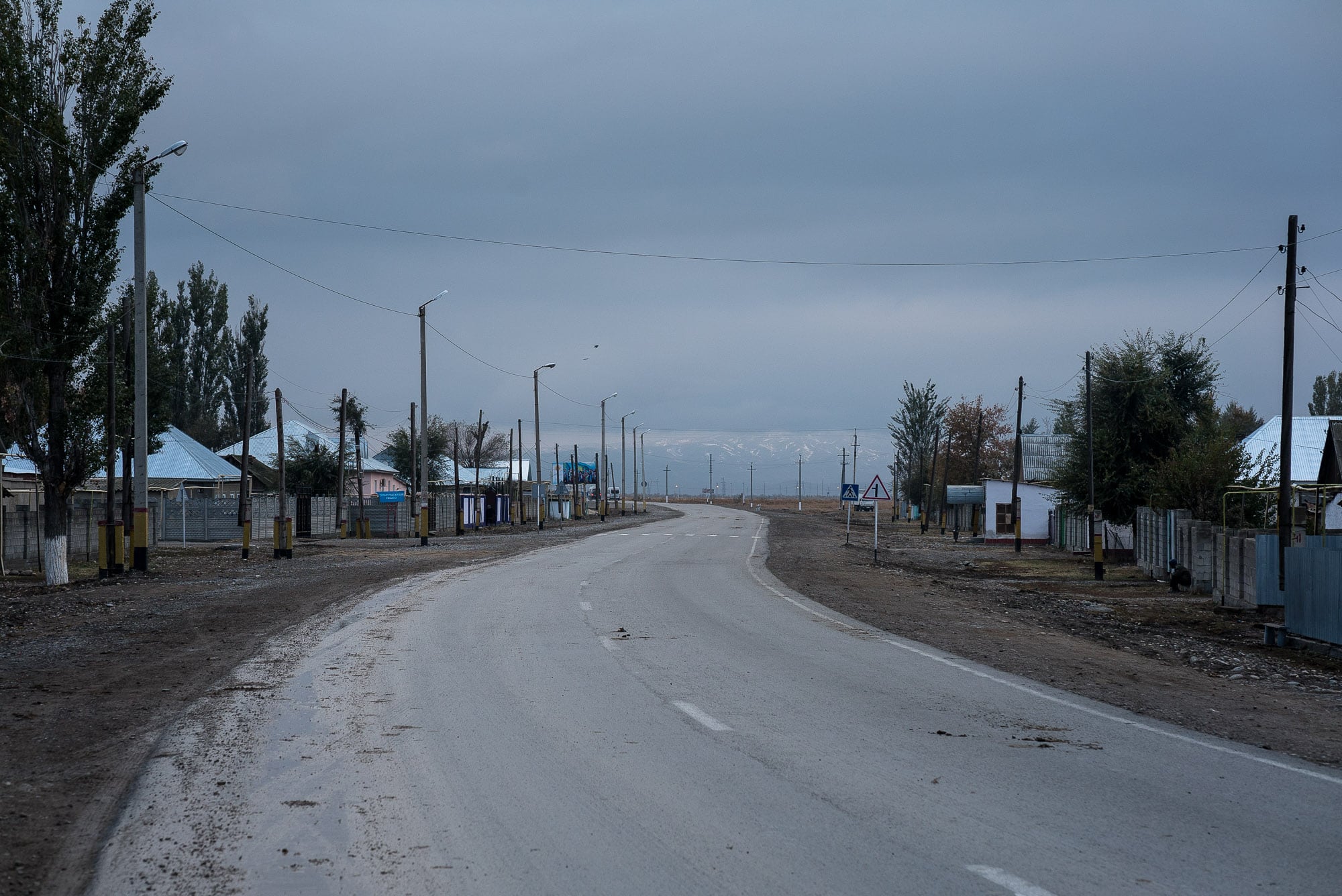 One time I saw a single dog on the road: 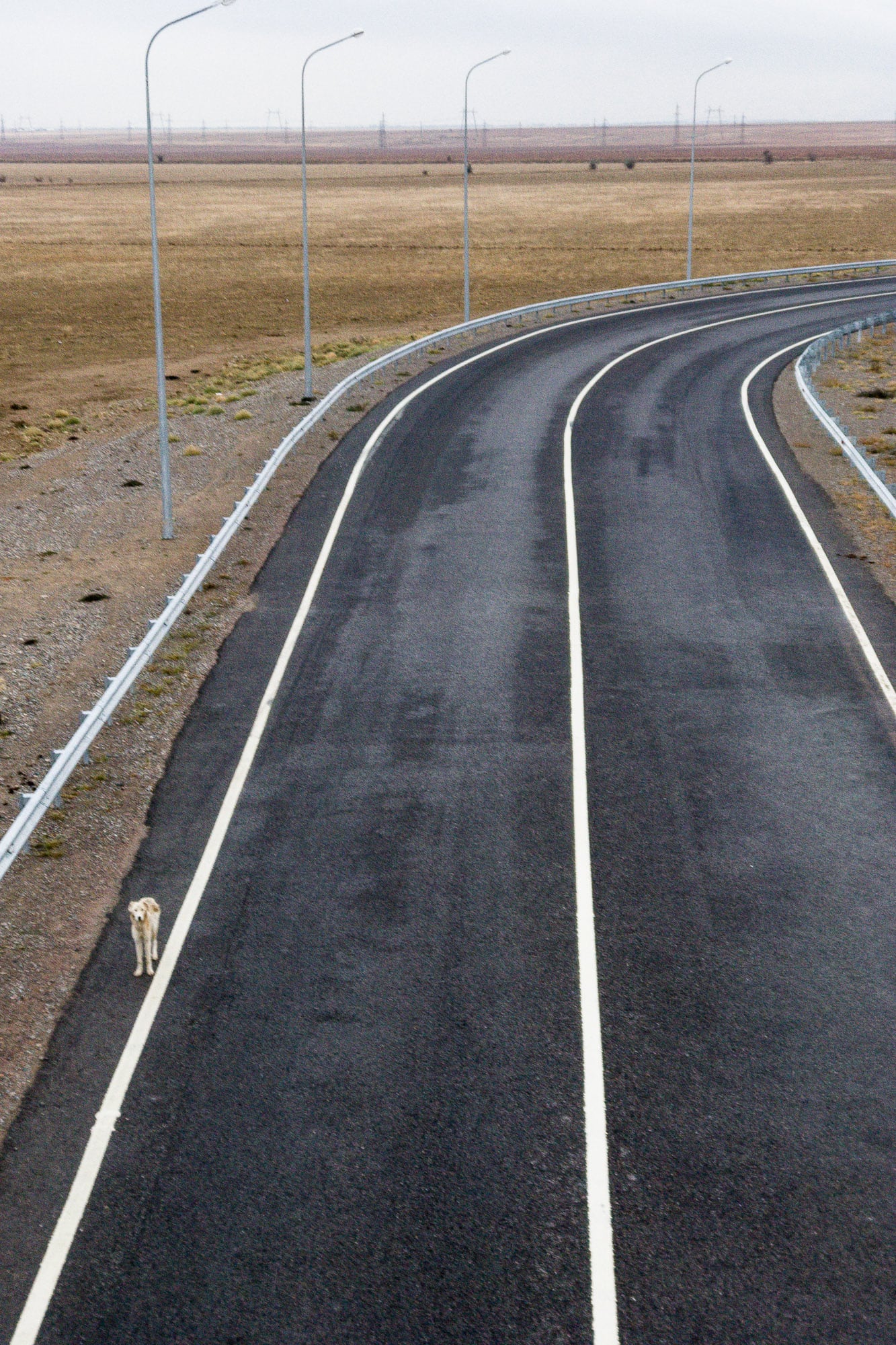 I still wonder where it was going.

Another time I ran into Shantosh from India: 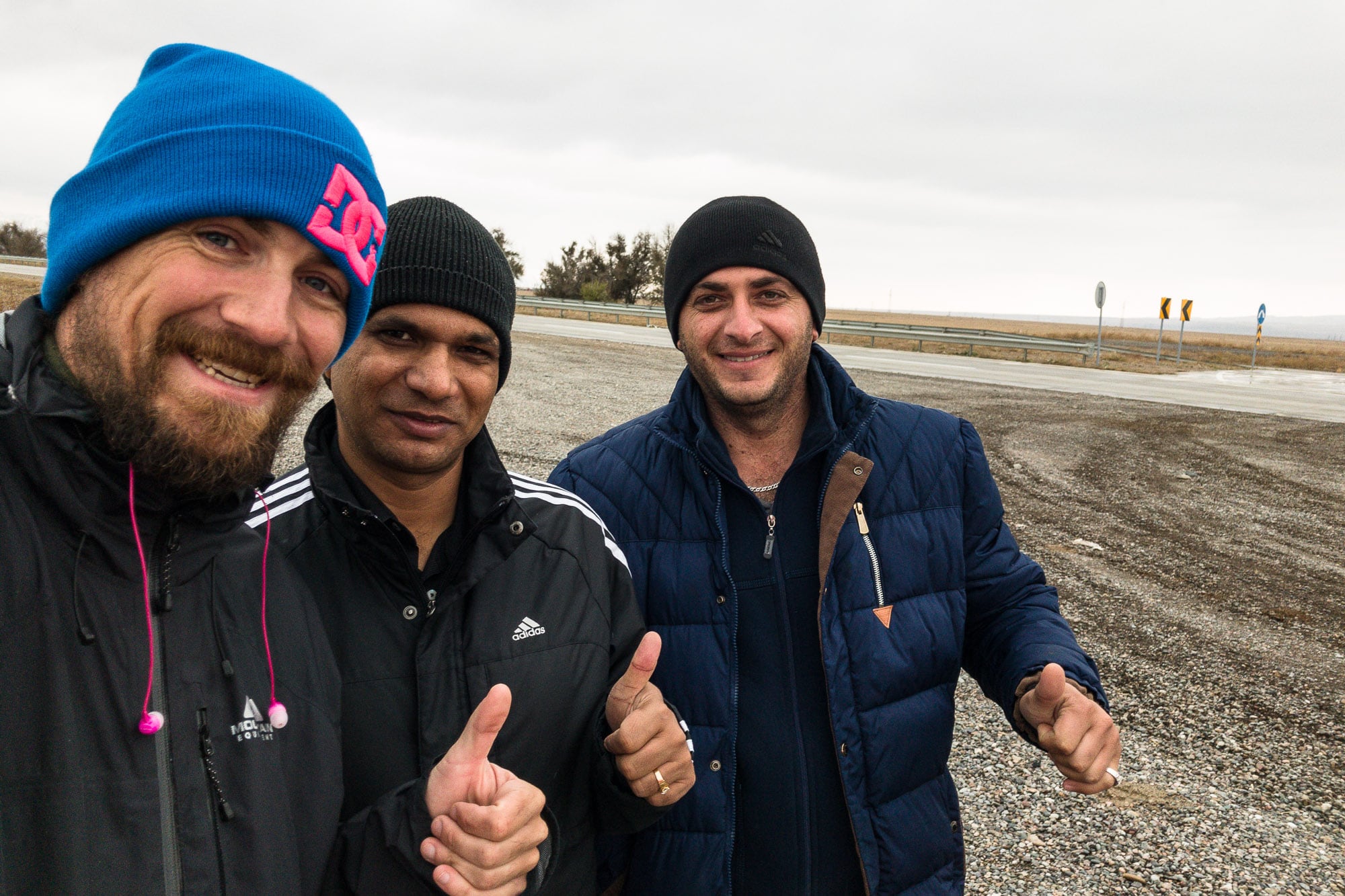 He and his buddy worked in a place nearby and stopped their car for a chat.

And then the sky started looking seriously weird: 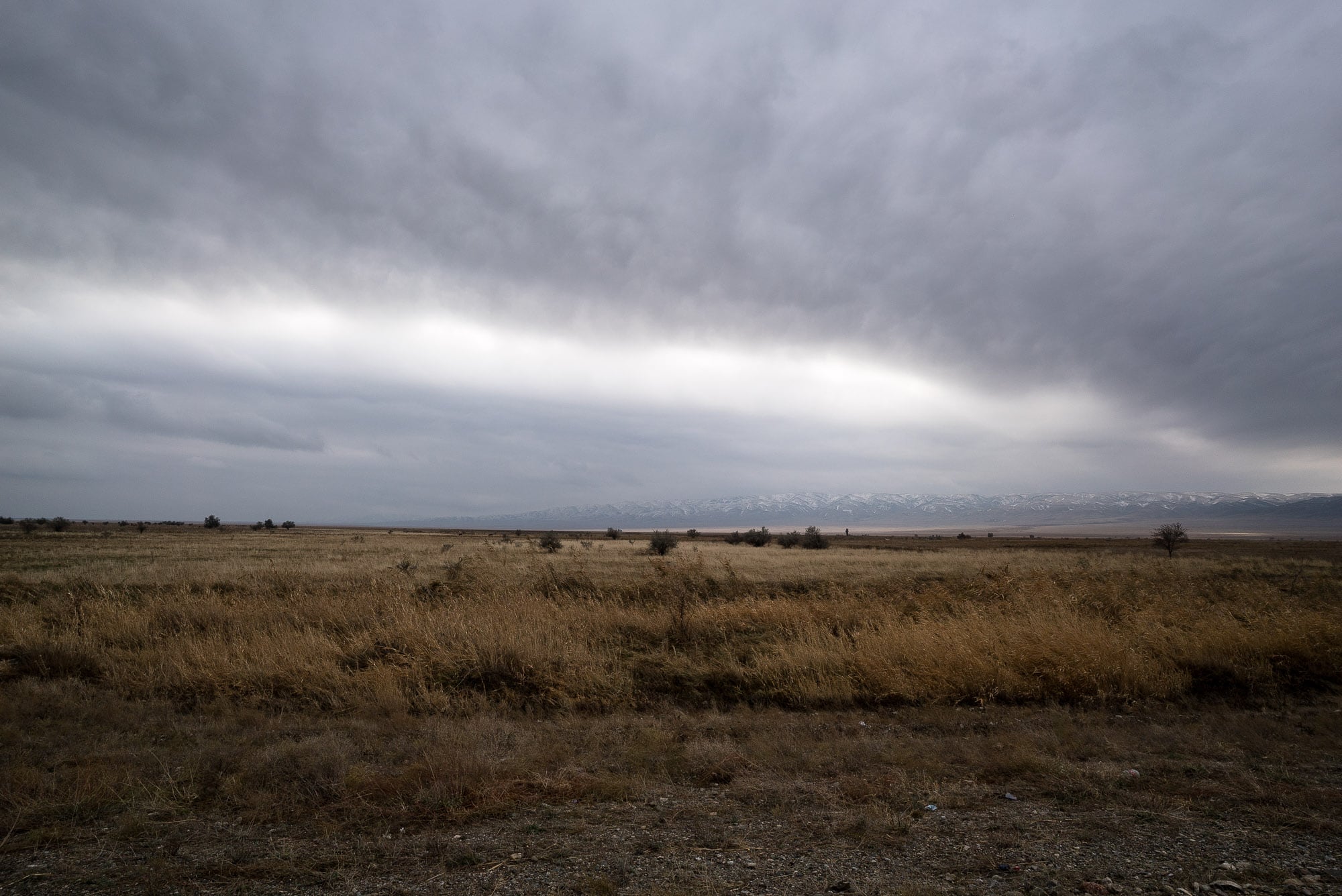 Sometimes there were singular rays of light piercing through the clouds: 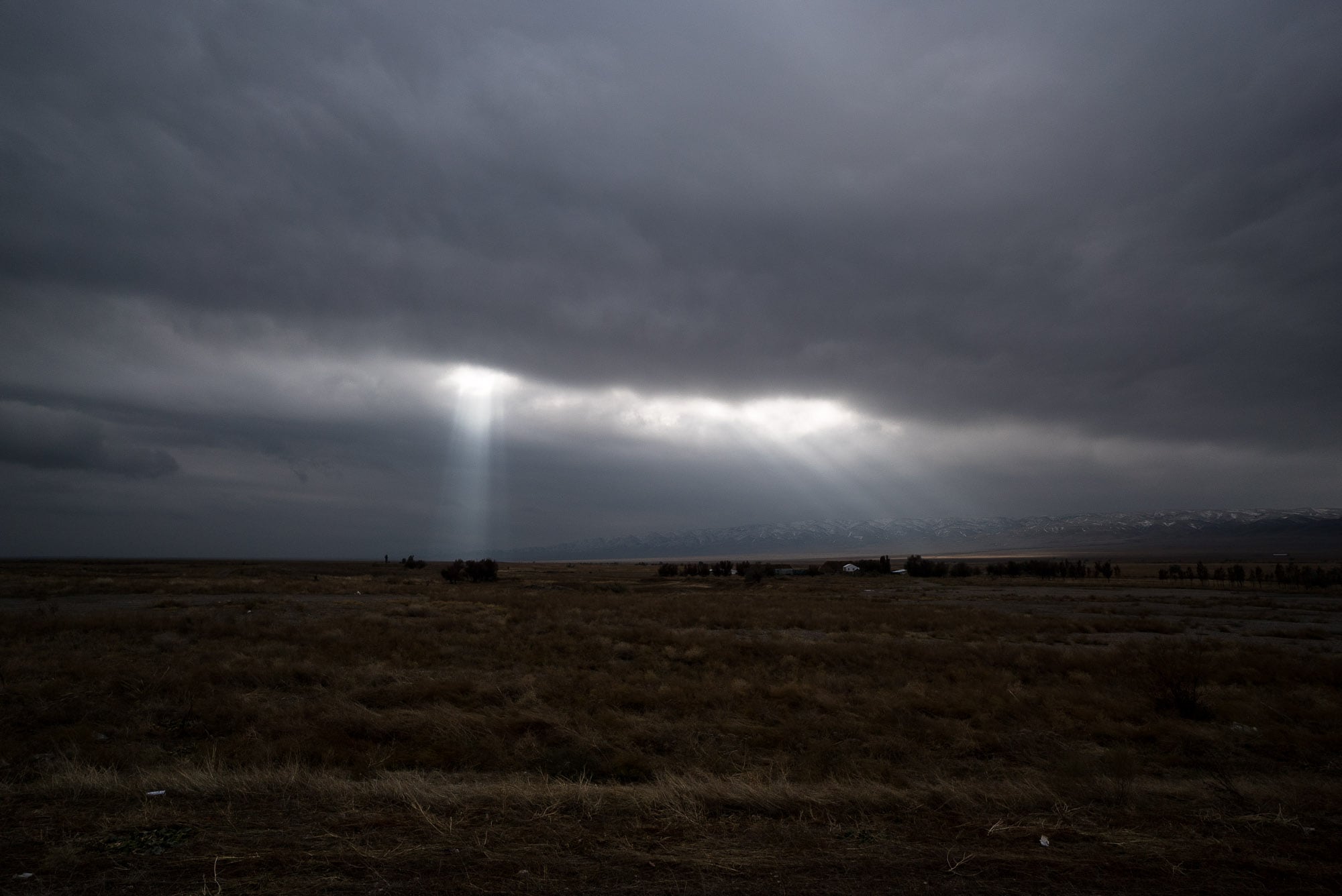 And sometimes there were holes in the sky: 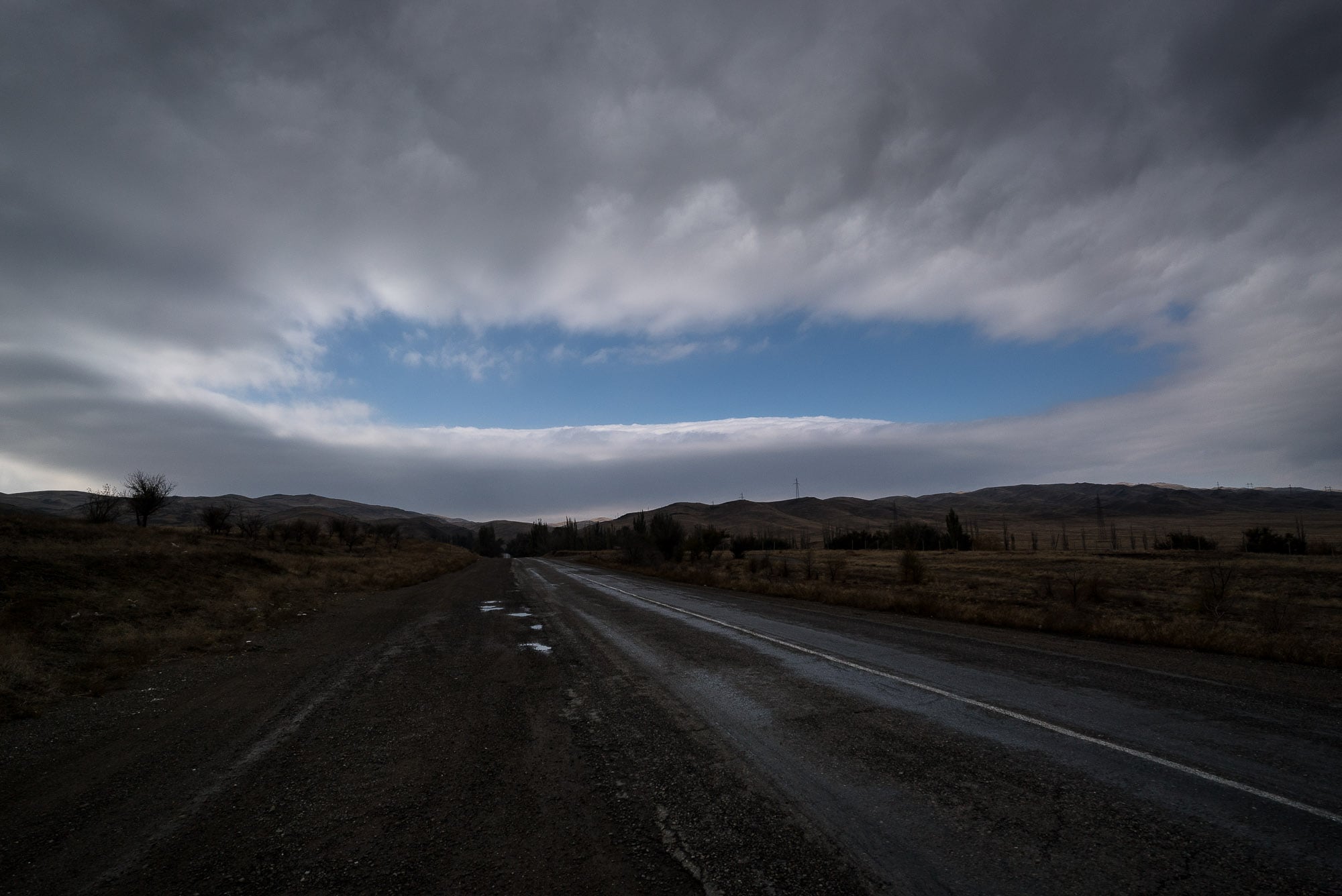 I didn’t have much time to look up though. It was an uphill day for me.

I had chosen an old road that went winding up the mountains rather than a new highway that conquered them in one long slope.

Most business along the old road had apparently long died: 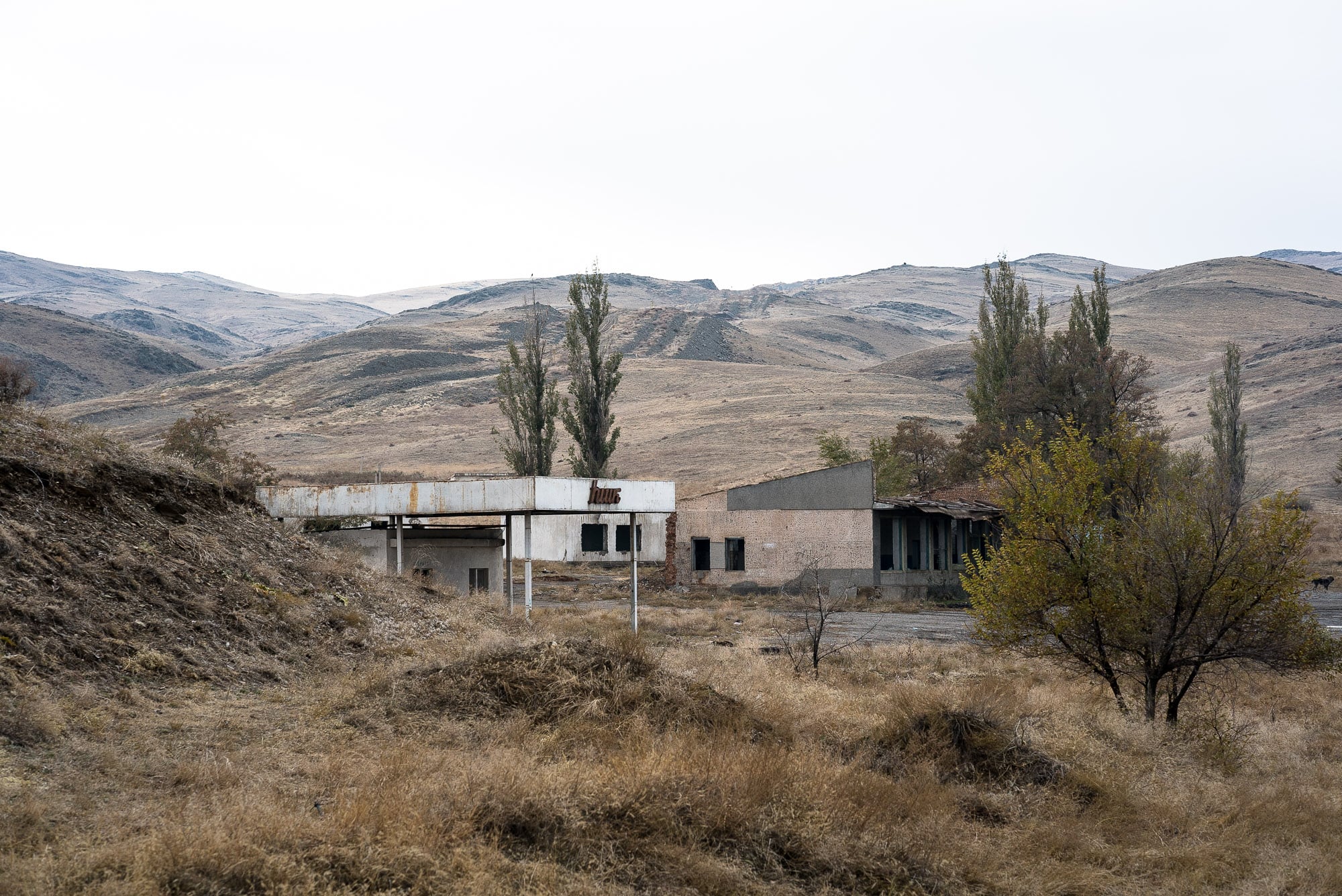 Since there was not much to see or to do, I just kept climbing up the slope, looking at the occasional Soviet monument next to the road: 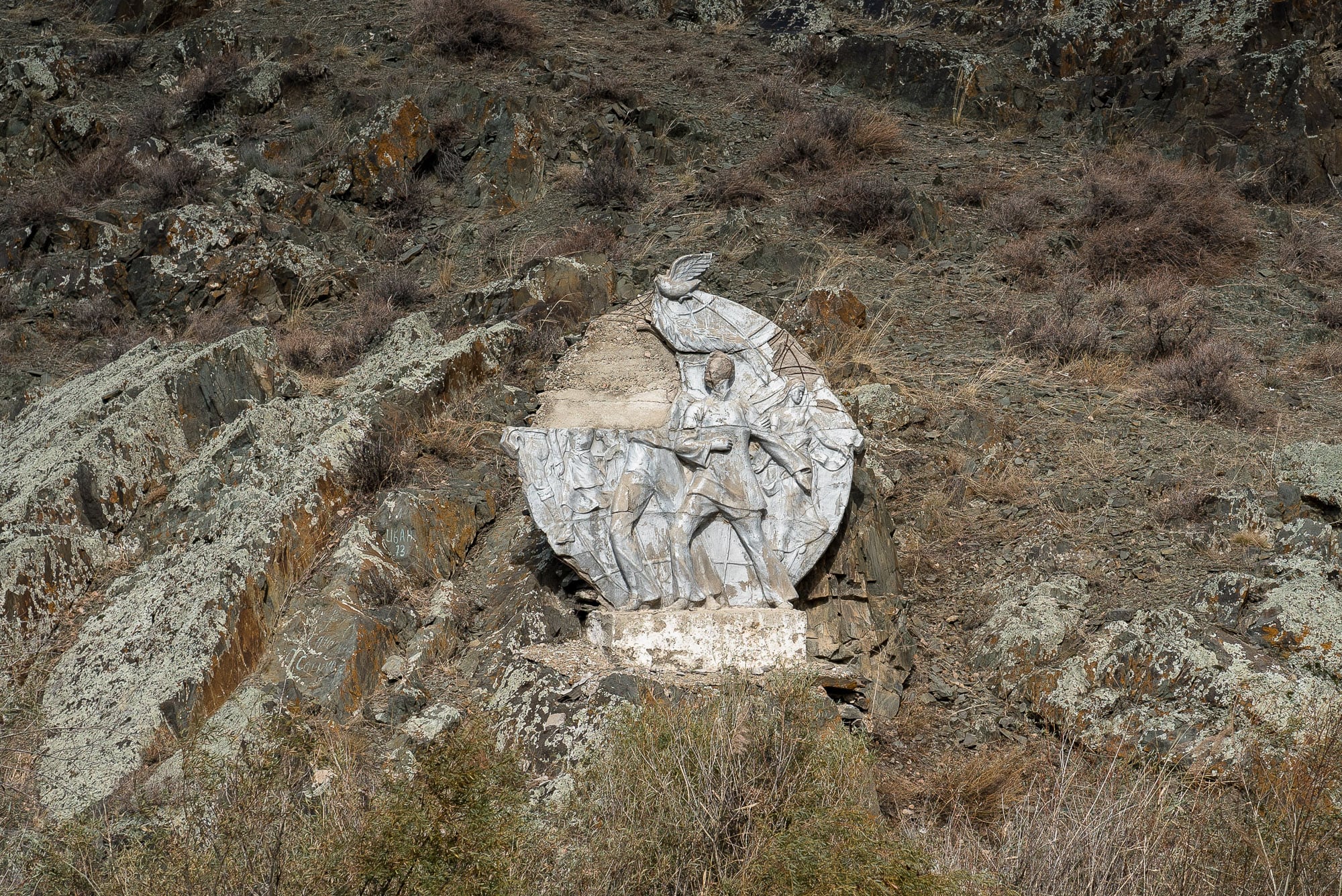 And that was about it: 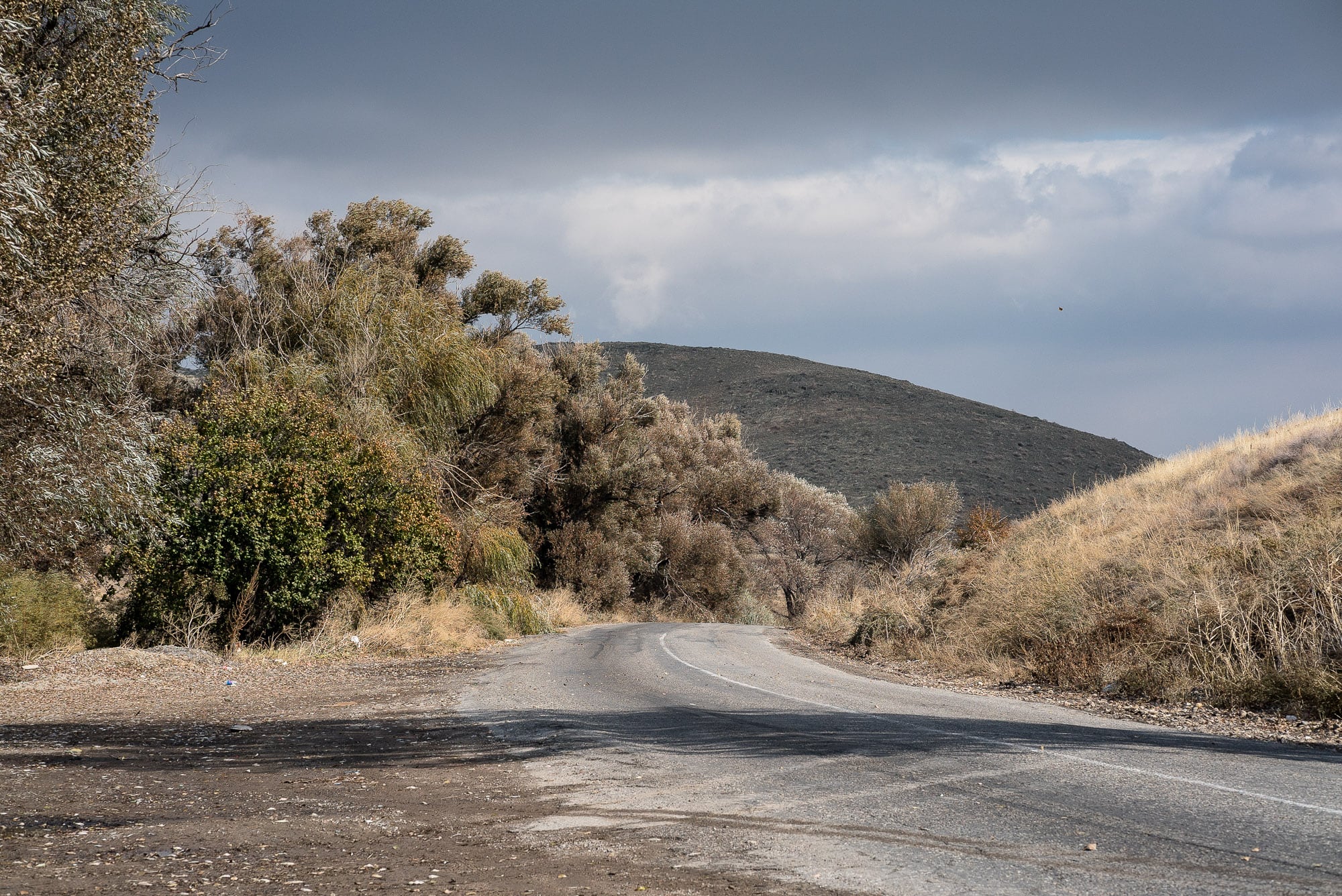 With the cold and the wind, the climb turned out to be tough:

Actually, it was pretty terrible.

When I finally arrived on a plateau, the sky there looked strange as well: 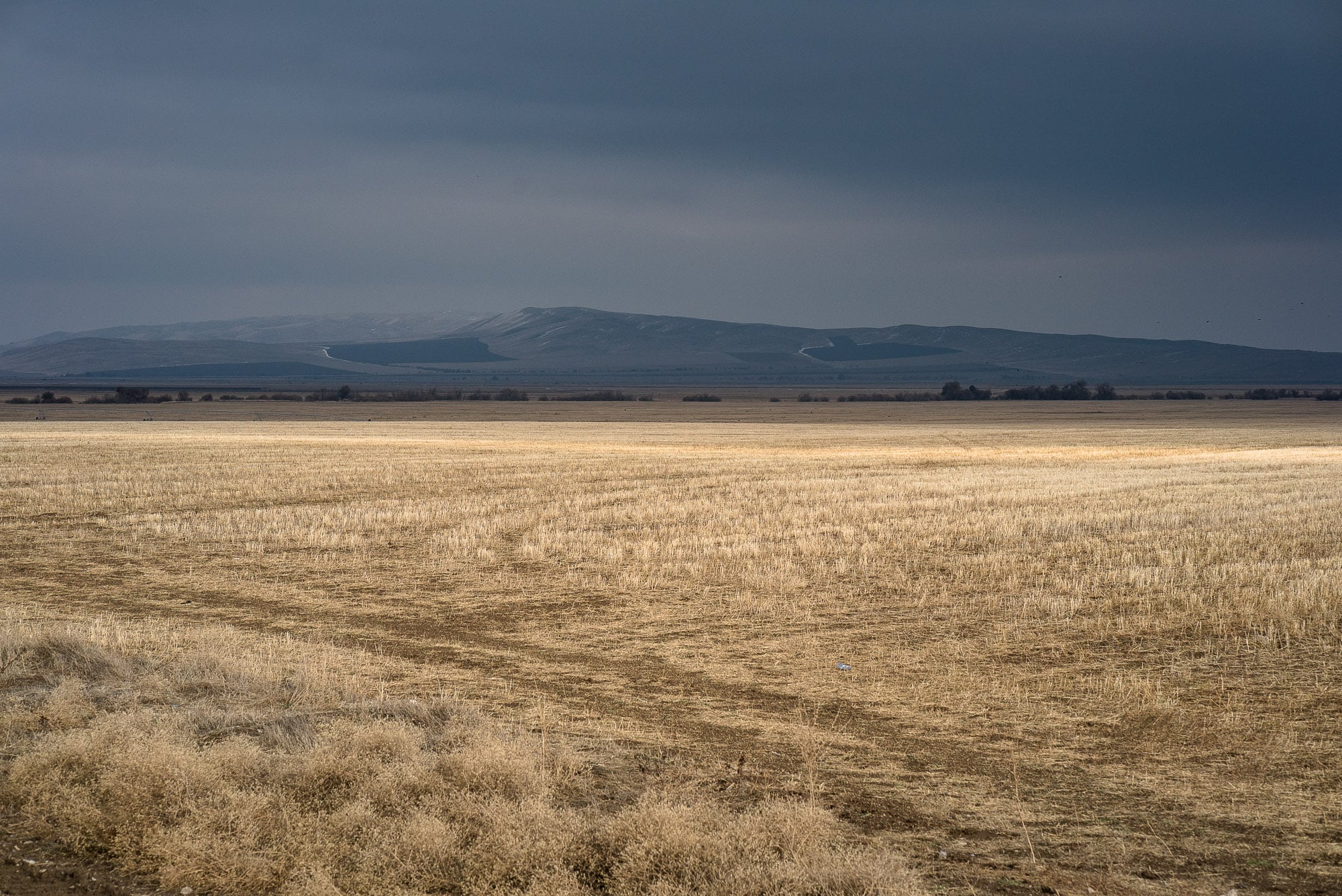 I entertained myself taking shadow selfies: 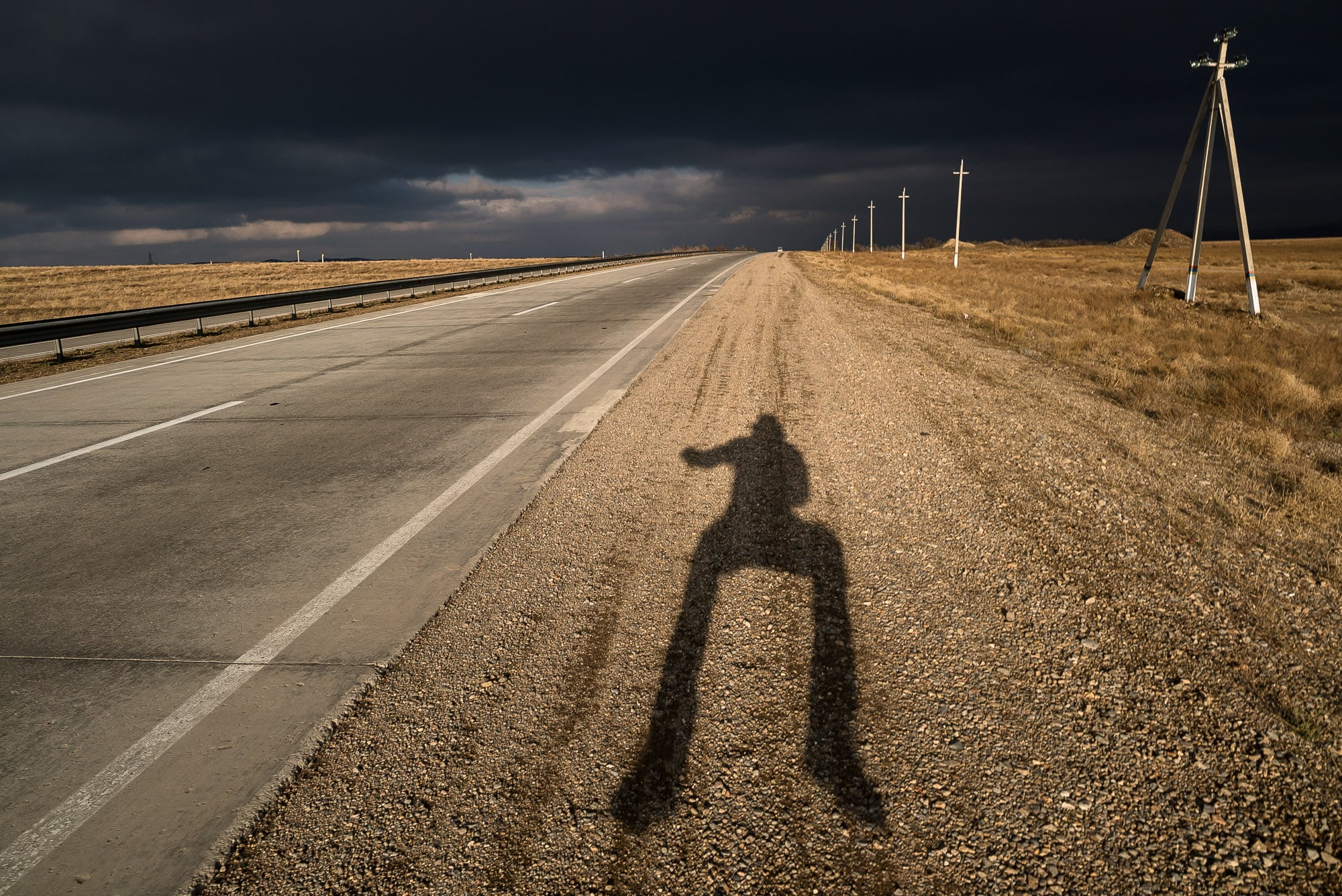 And then I reached a village: 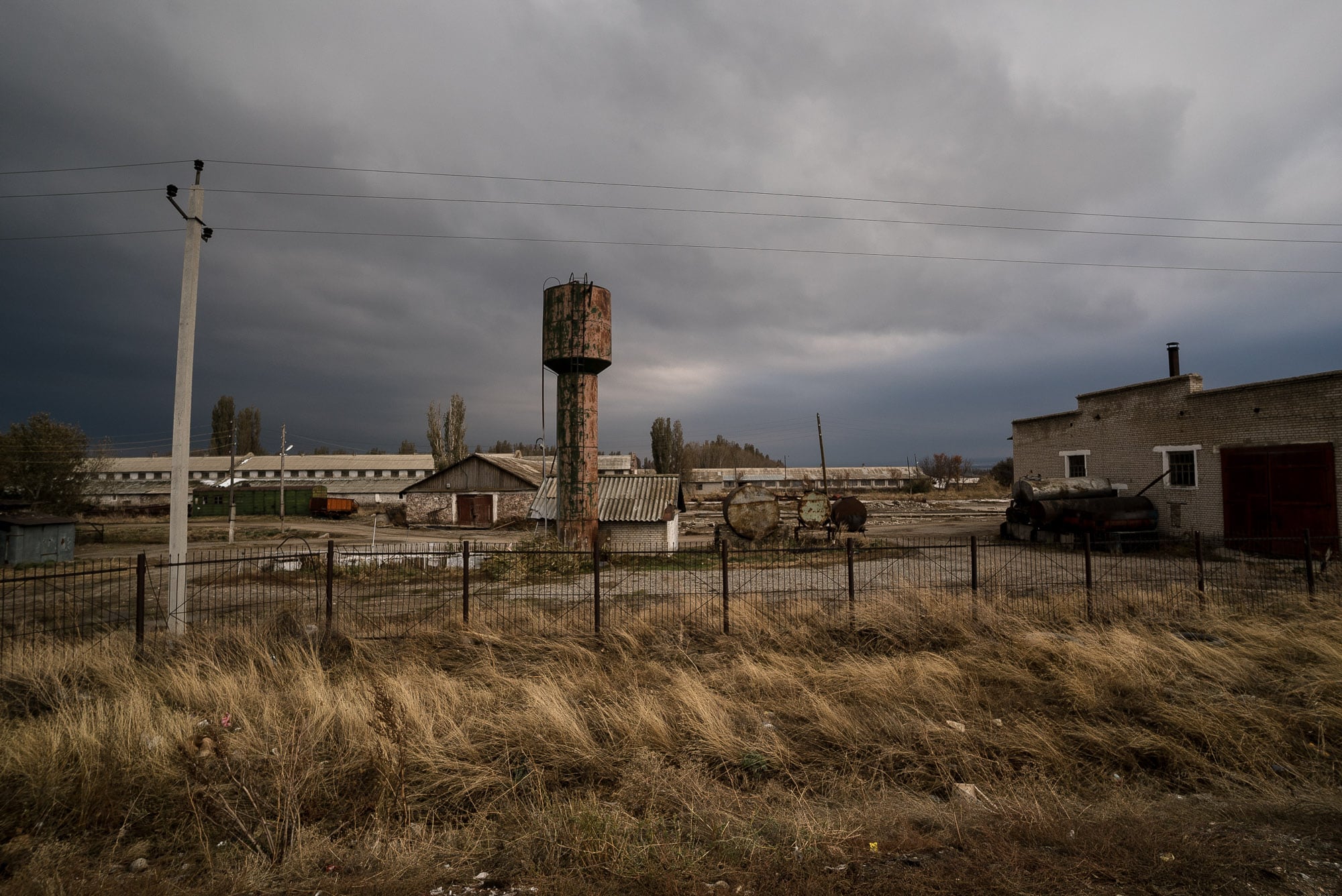 I figured that it might have a restaurant or a shop where I could ask for a place to sleep.

But as I started walking into it, it seemed awfully quiet: 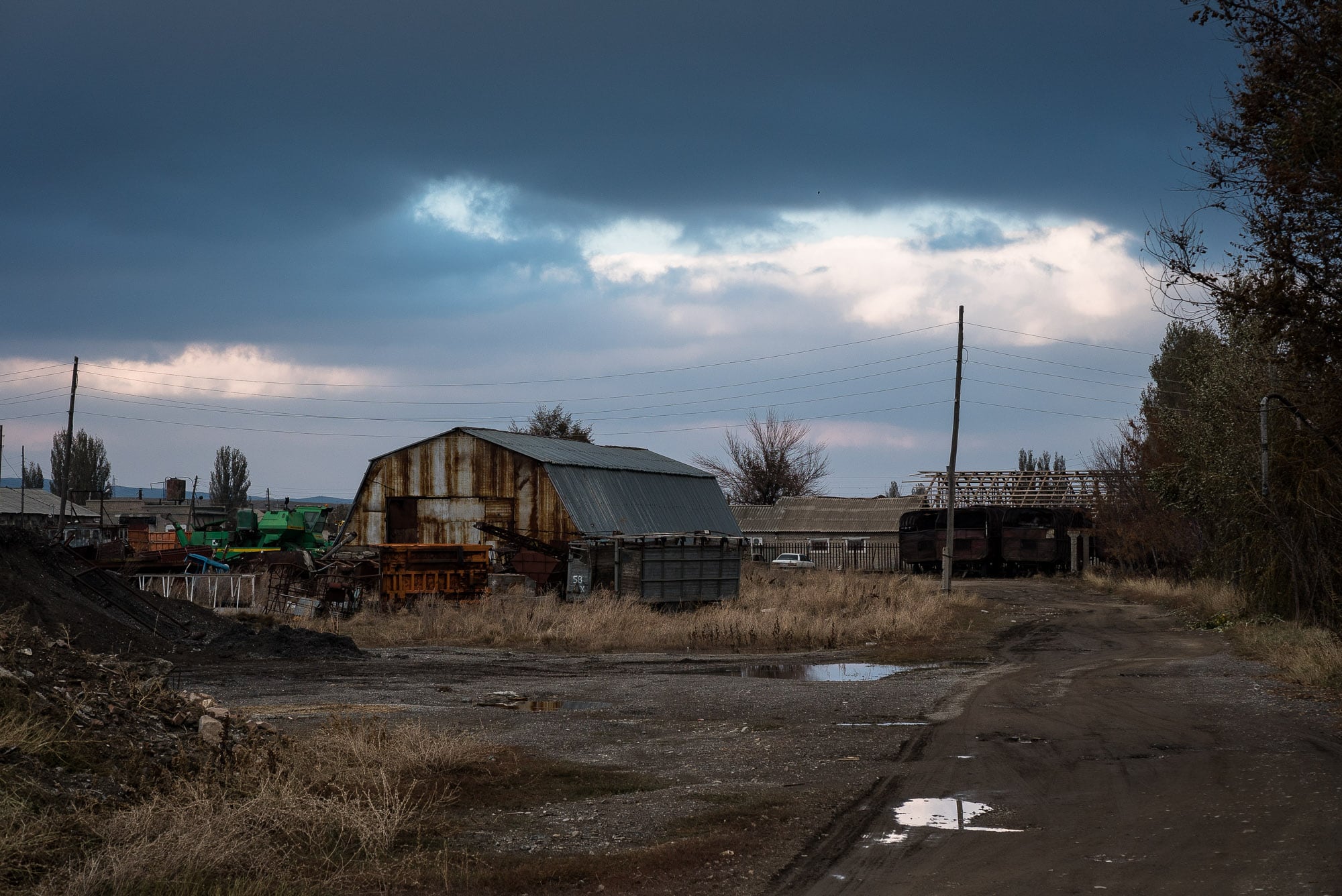 A lady appeared and told me there was nothing here. But only three kilometers down the main highway I would find a place with many restaurants and maybe even hotels.

So I walked along the highway: 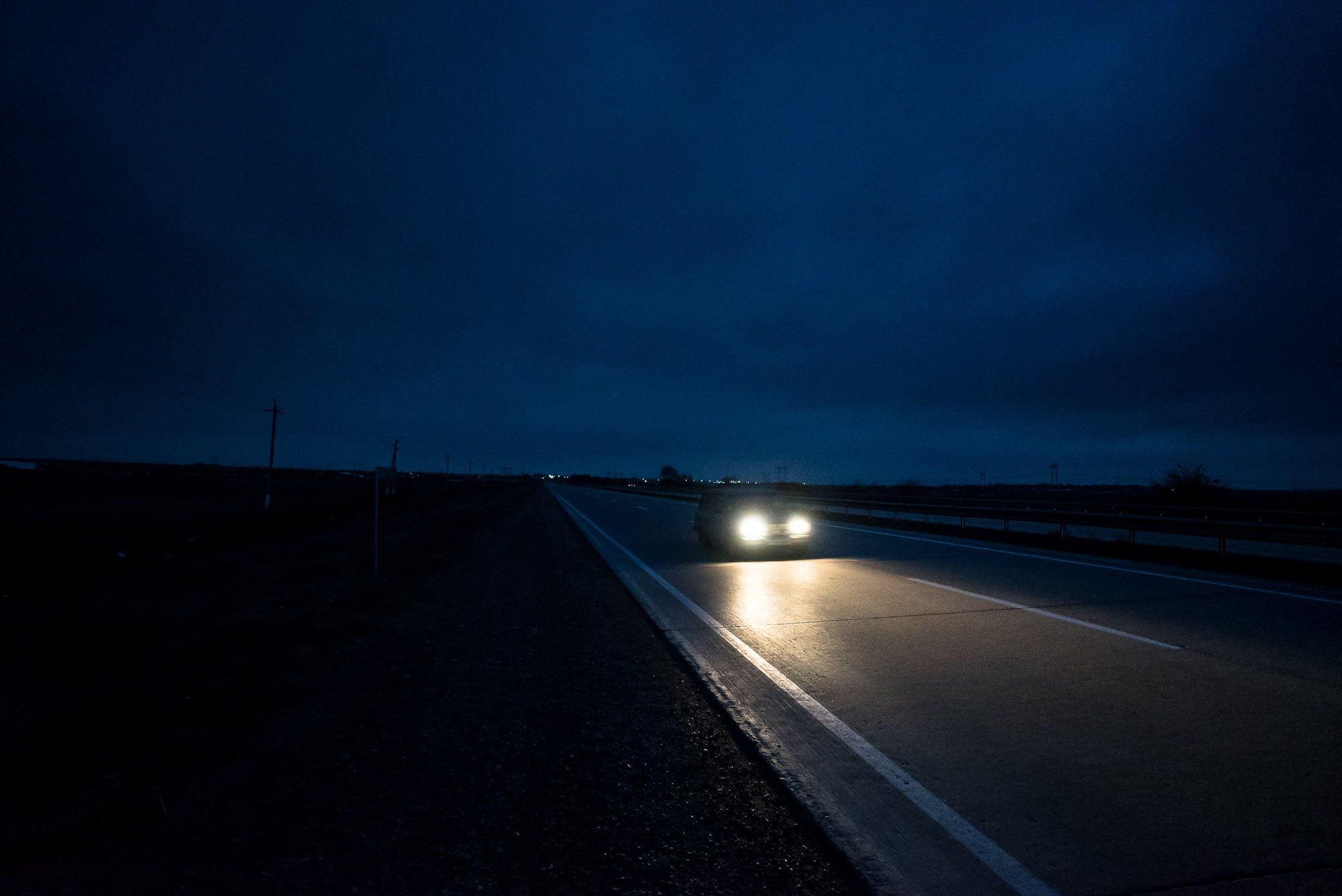 But it wasn’t exactly three kilometers.

It turned out to be more like ten kilometers. And then some.

So I popped in my earphones and blasted Cradle Of Filth, and the adrenaline carried me through the dark and the cold until I got to this place: 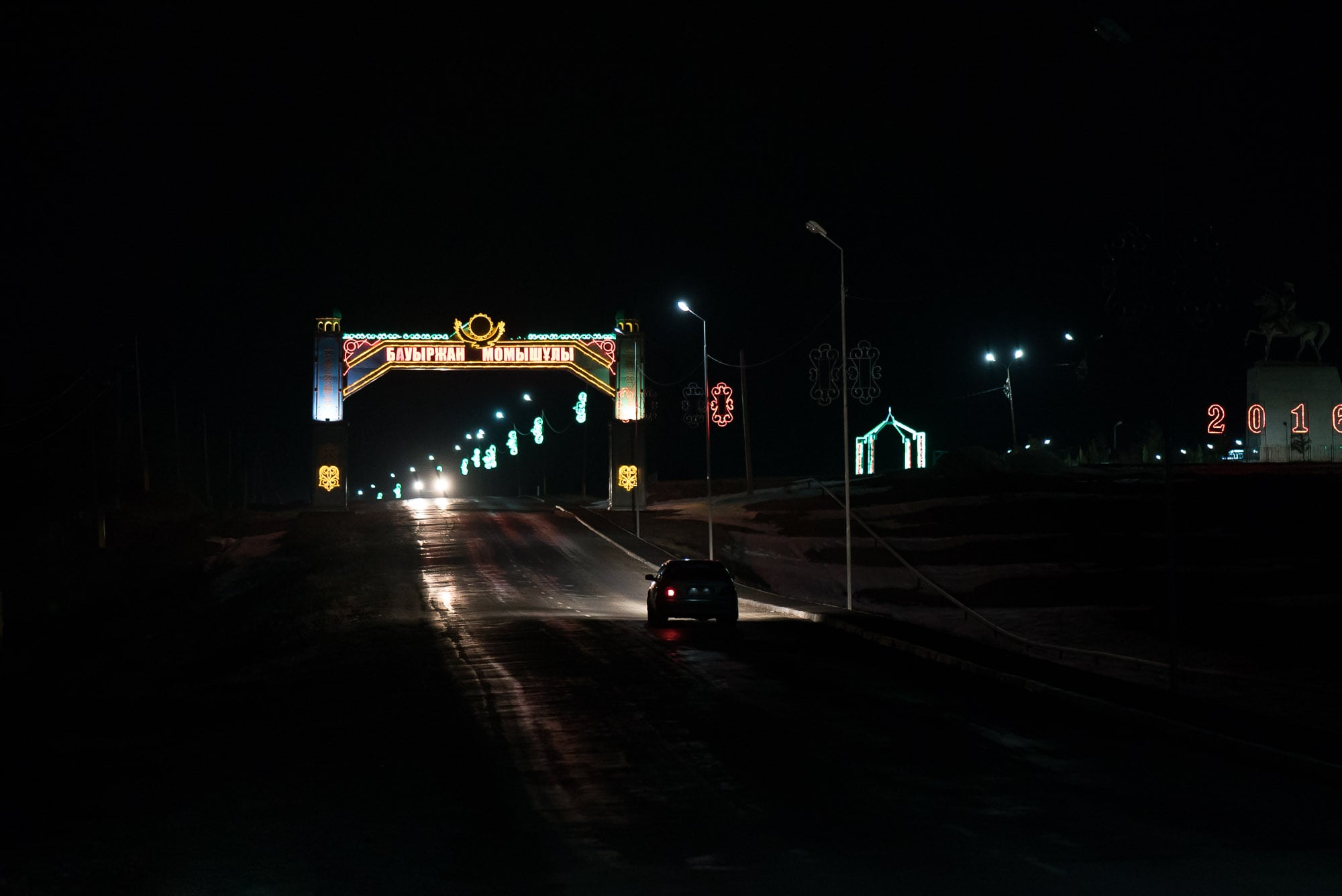 Bauyrzhan Momyshuly, a little town named after some Soviet hero.

I walked through the town gate, and then a dude appeared out of the dark and told me where I would find a hotel.

Okay, I said, and I kept walking according to his instructions: 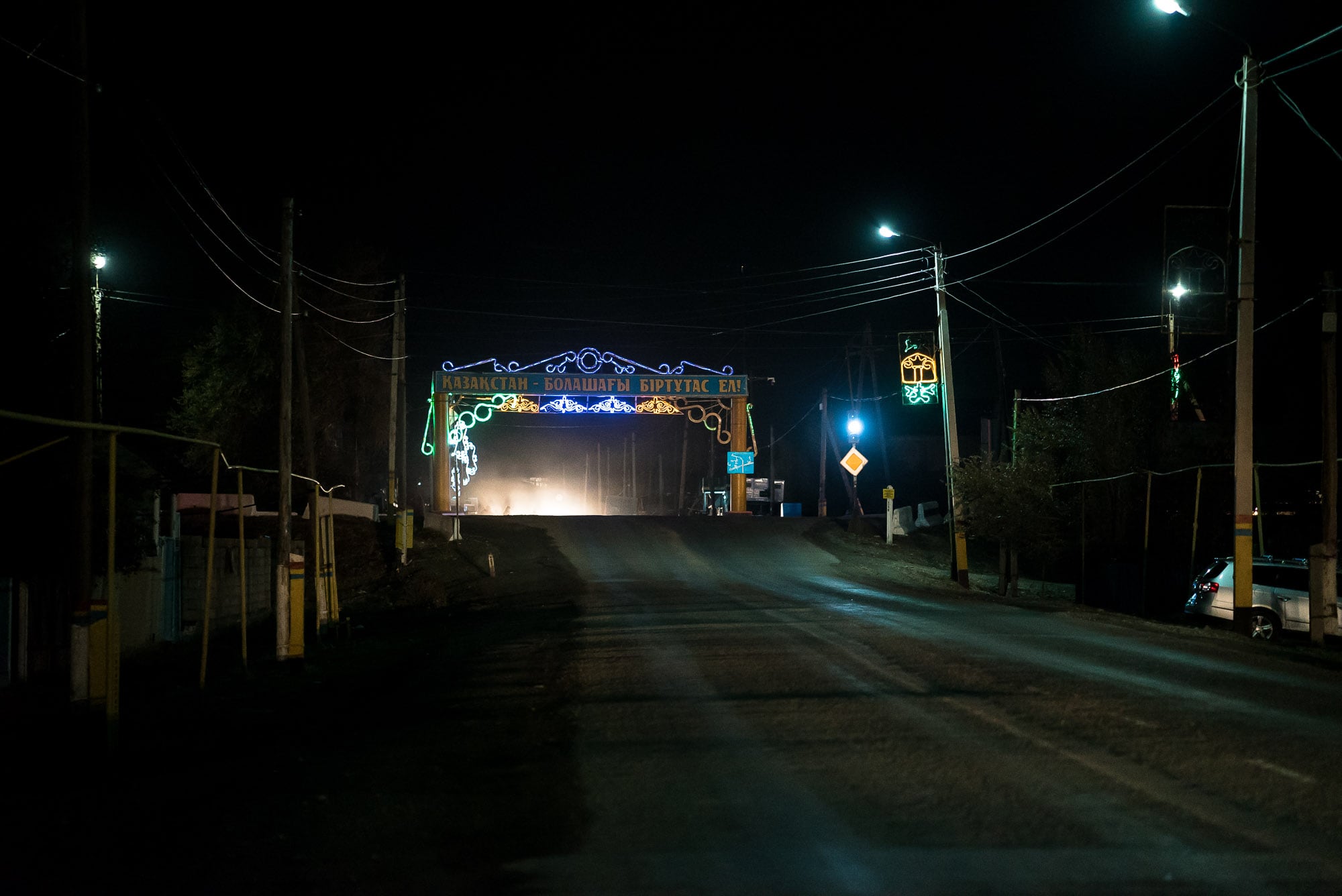 It turned out to be a long and dark road that led out of town: 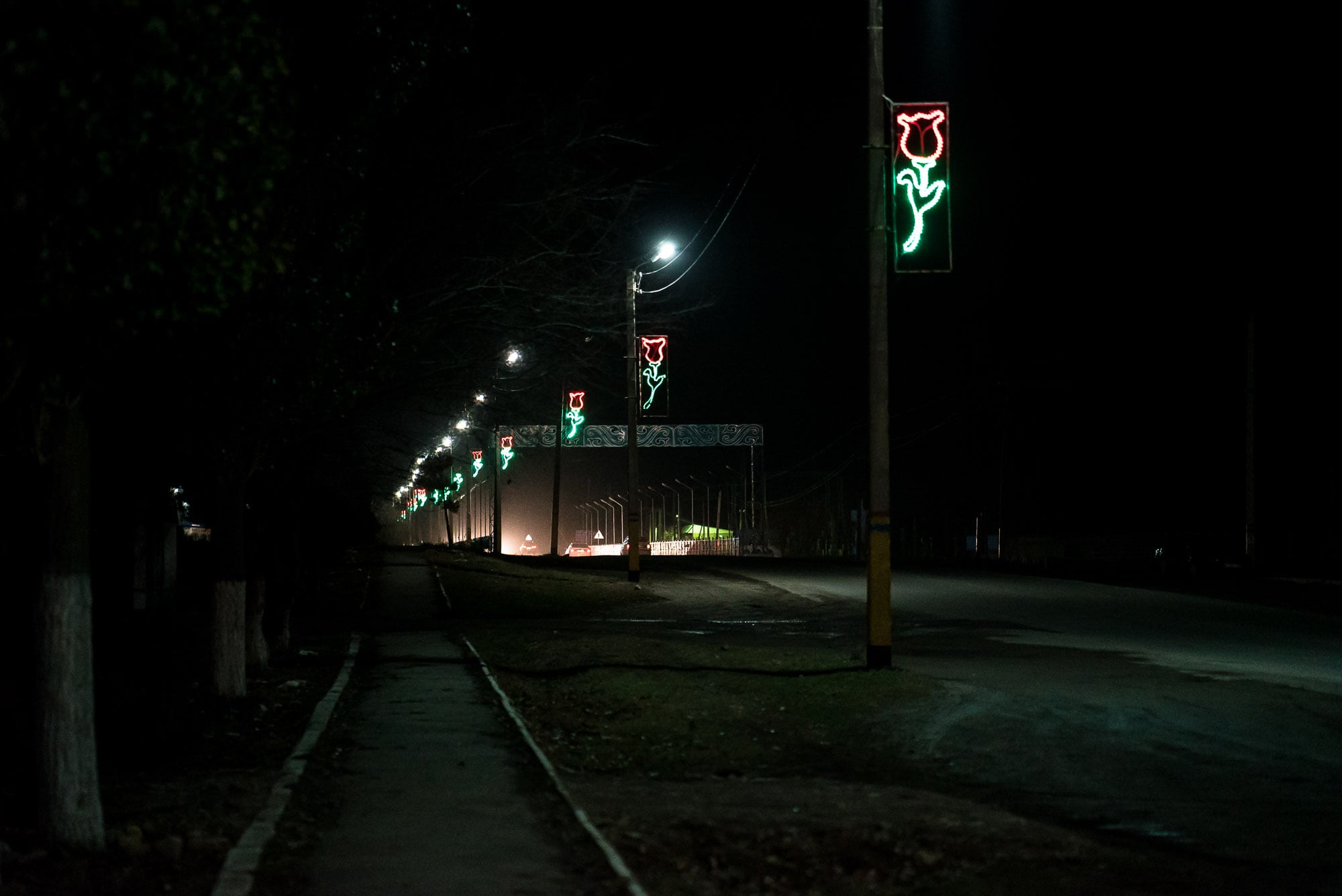 And just as I began to get a bit worried, I came to a building that looked like it might be a hotel. I went in, and the dude was already there.

“Dinner is ready”, he said, and I sat down at a table.

And everything was quiet for a moment. 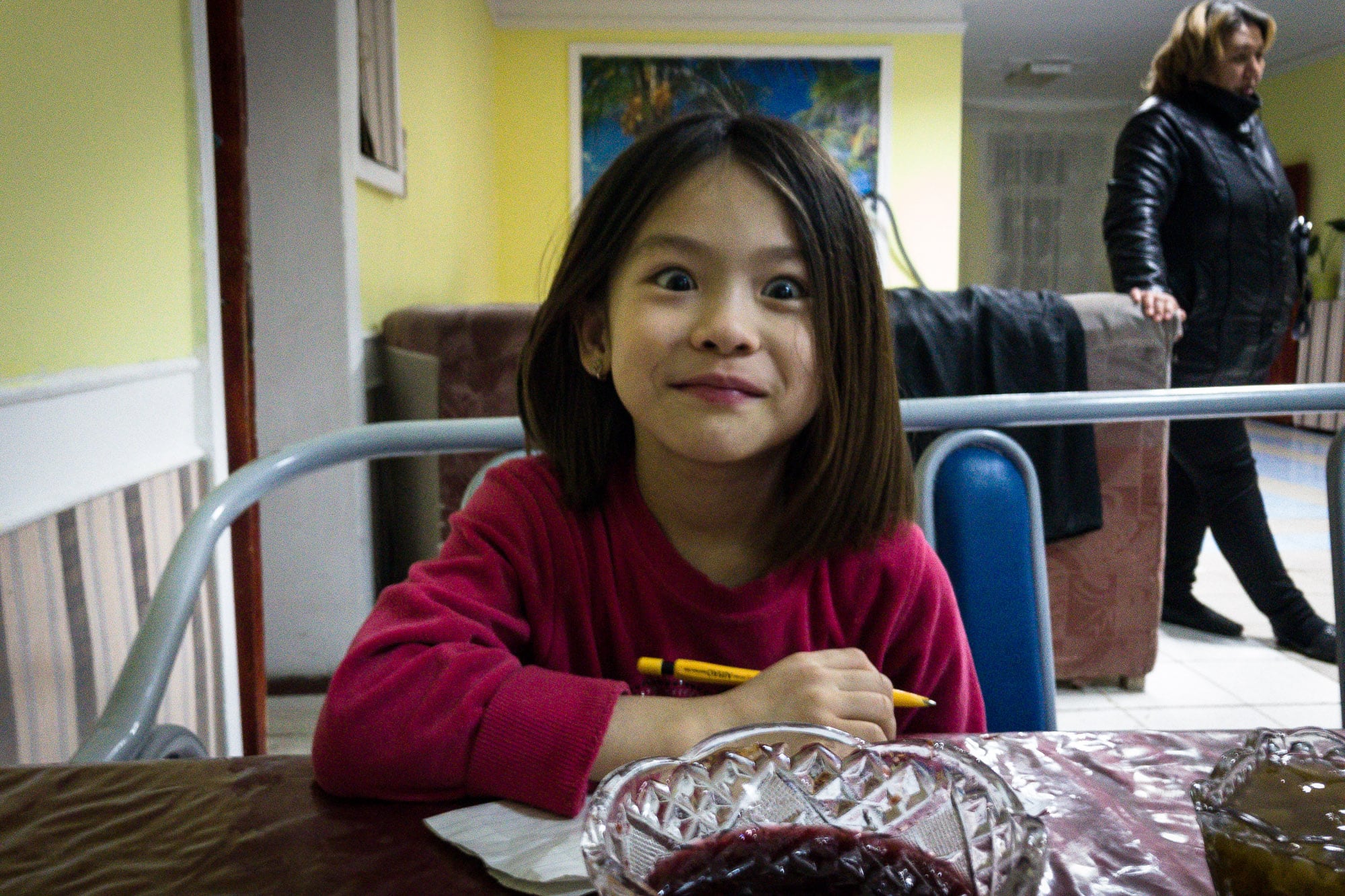