And what do you know, the city actually seemed a bit bigger now that I was walking through it.

There was a burger place: 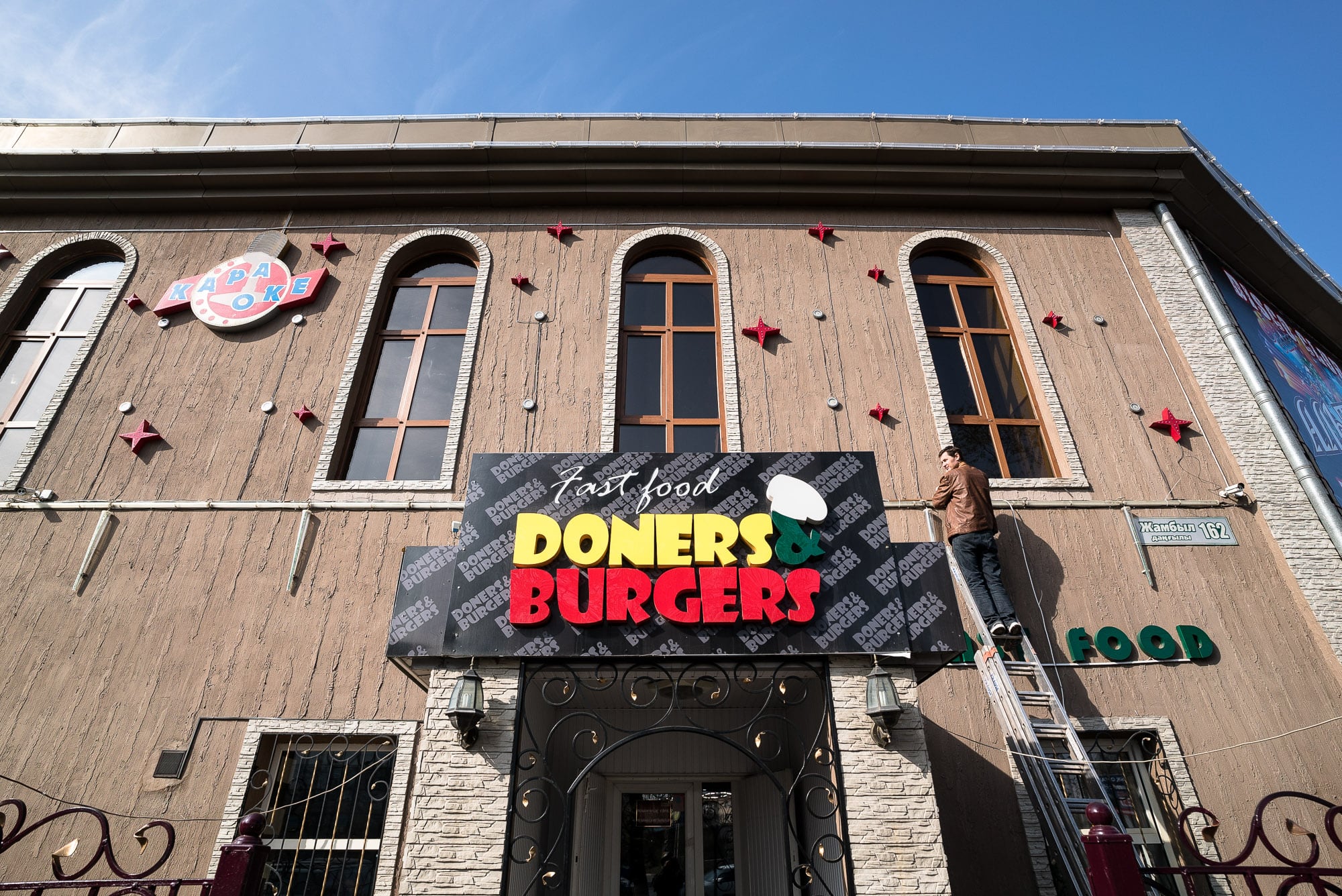 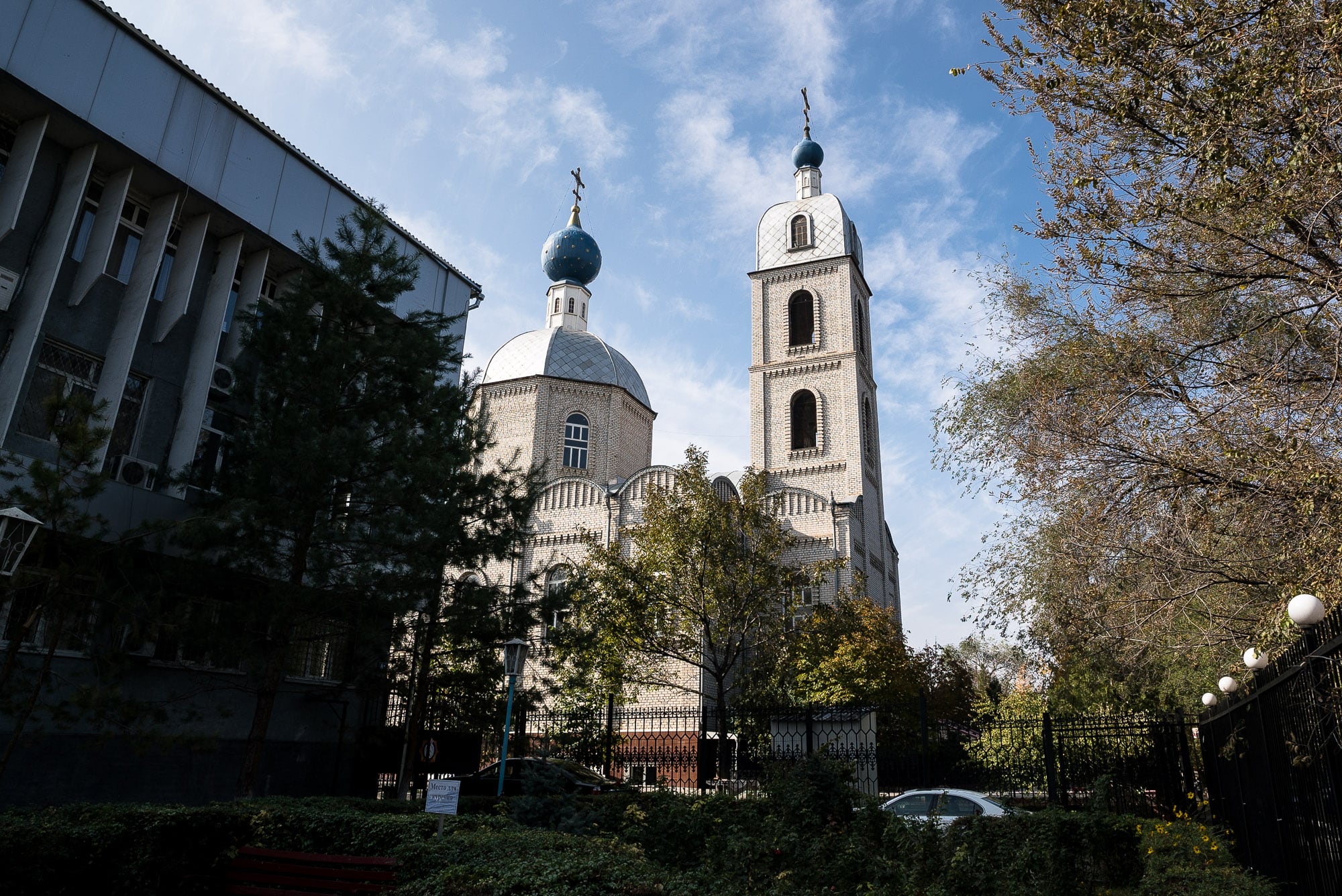 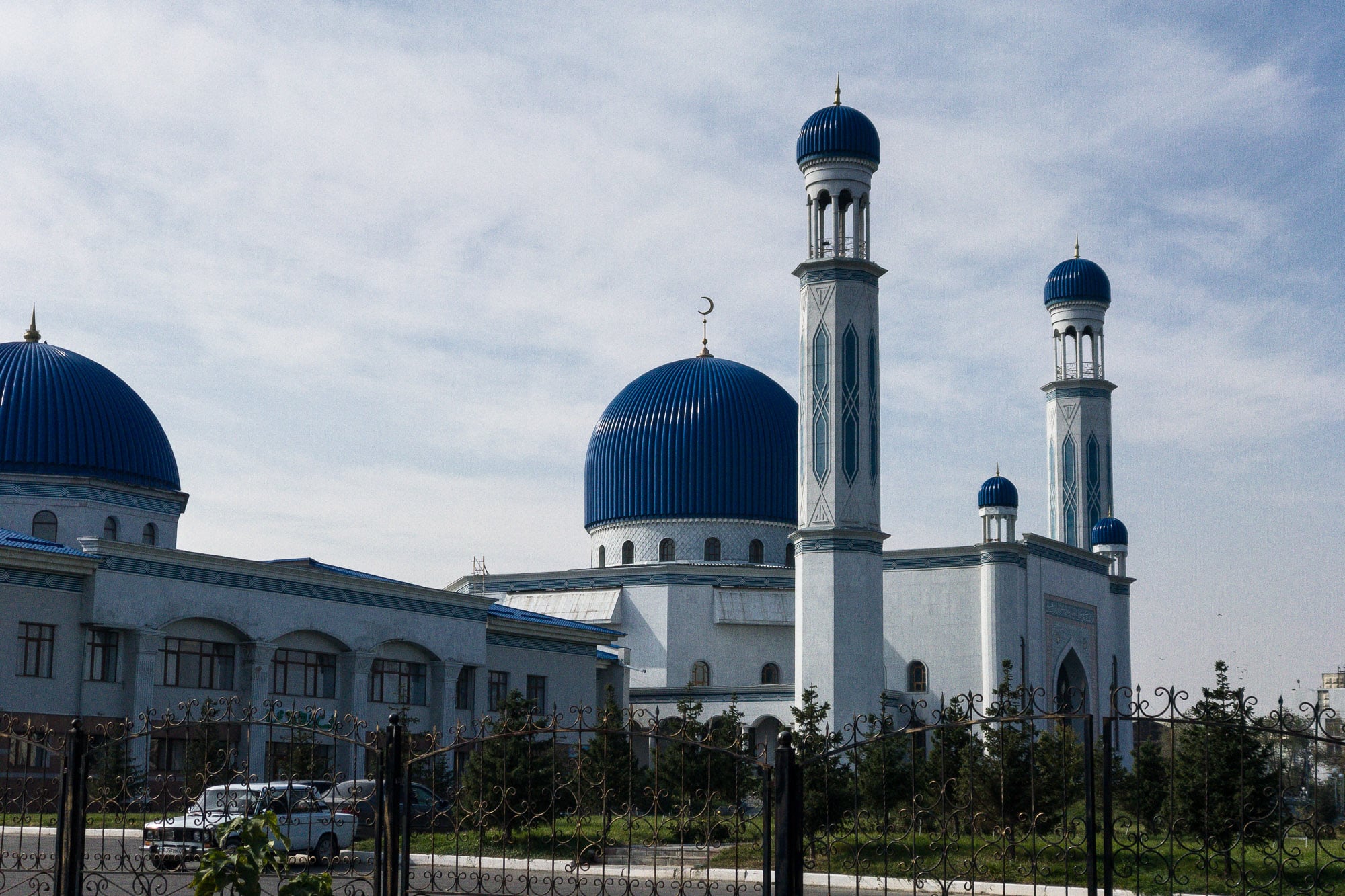 And an amusement park: 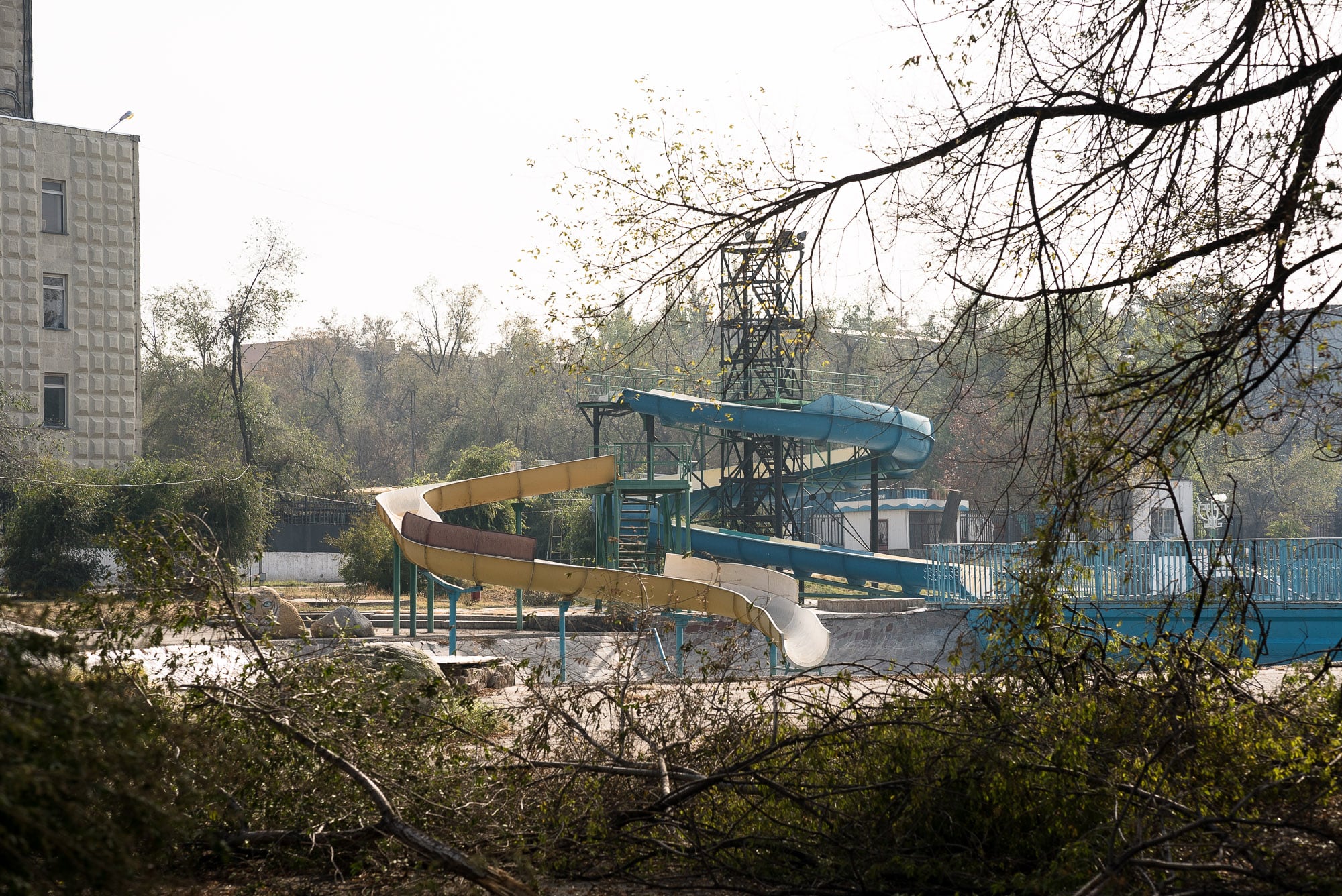 The snow had all but disappeared, and it felt like autumn again: 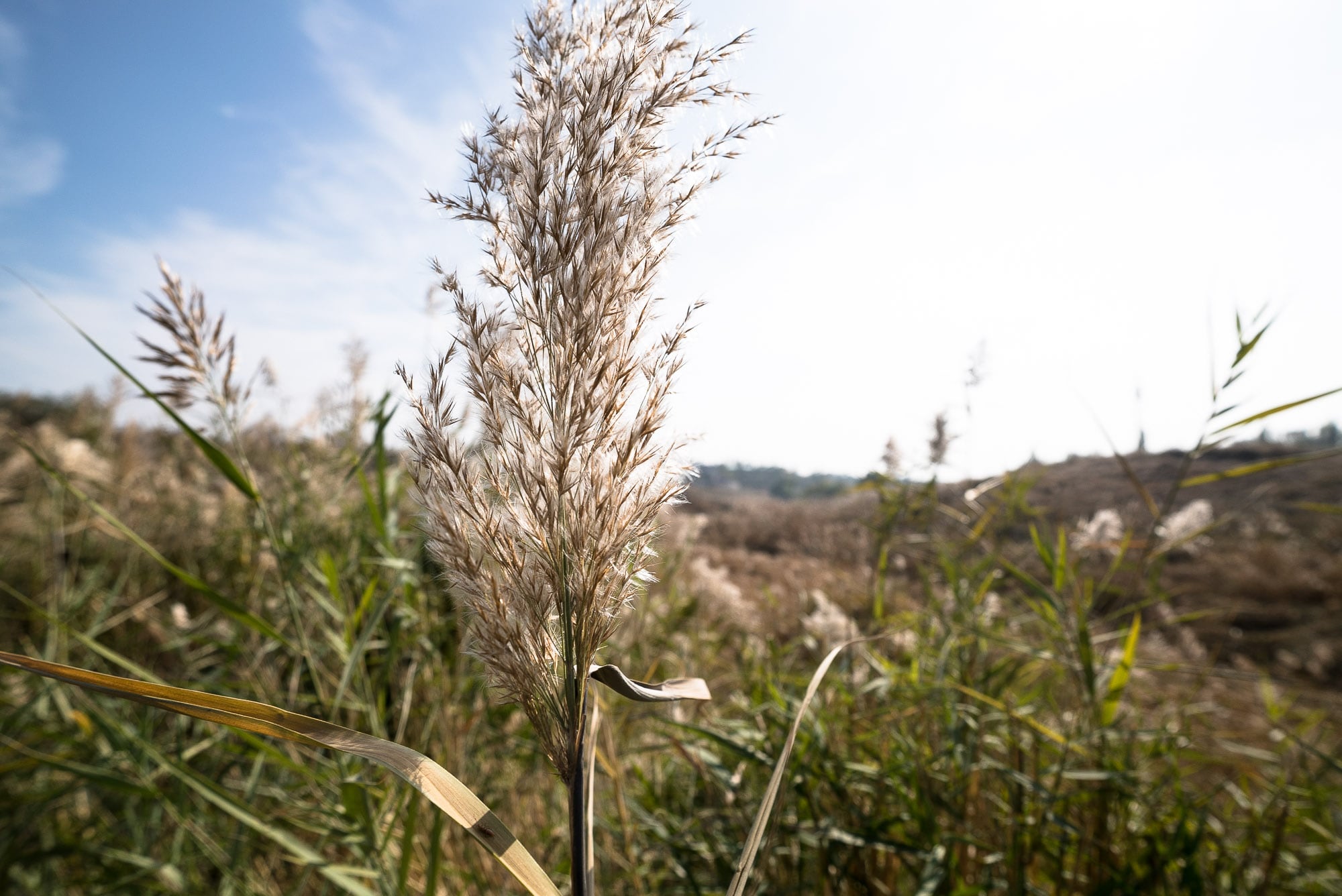 When I passed the western gate, I noticed that there was quite a lot of residential construction going on: 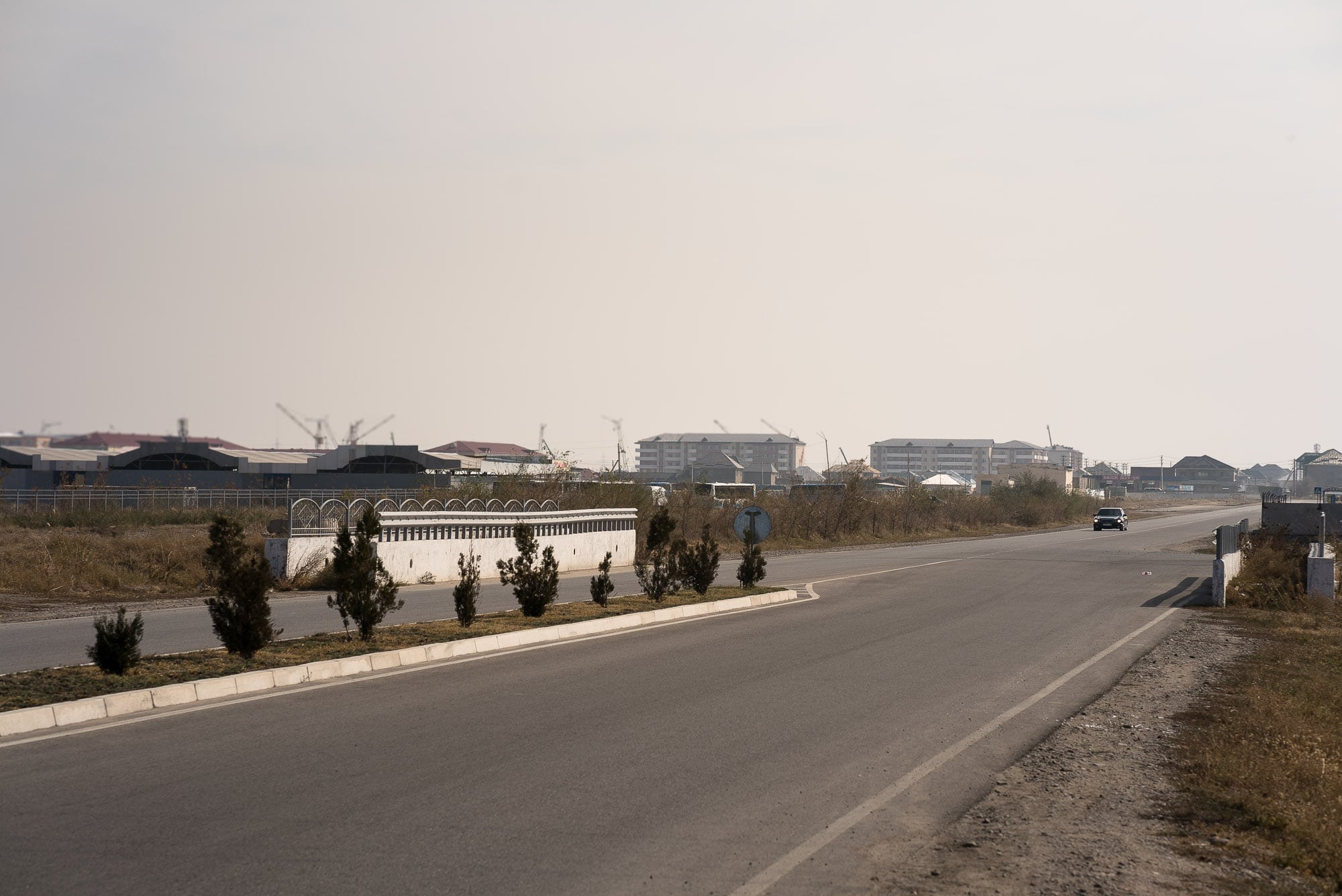 Reminded me of China.

Oh, and here is the gate: 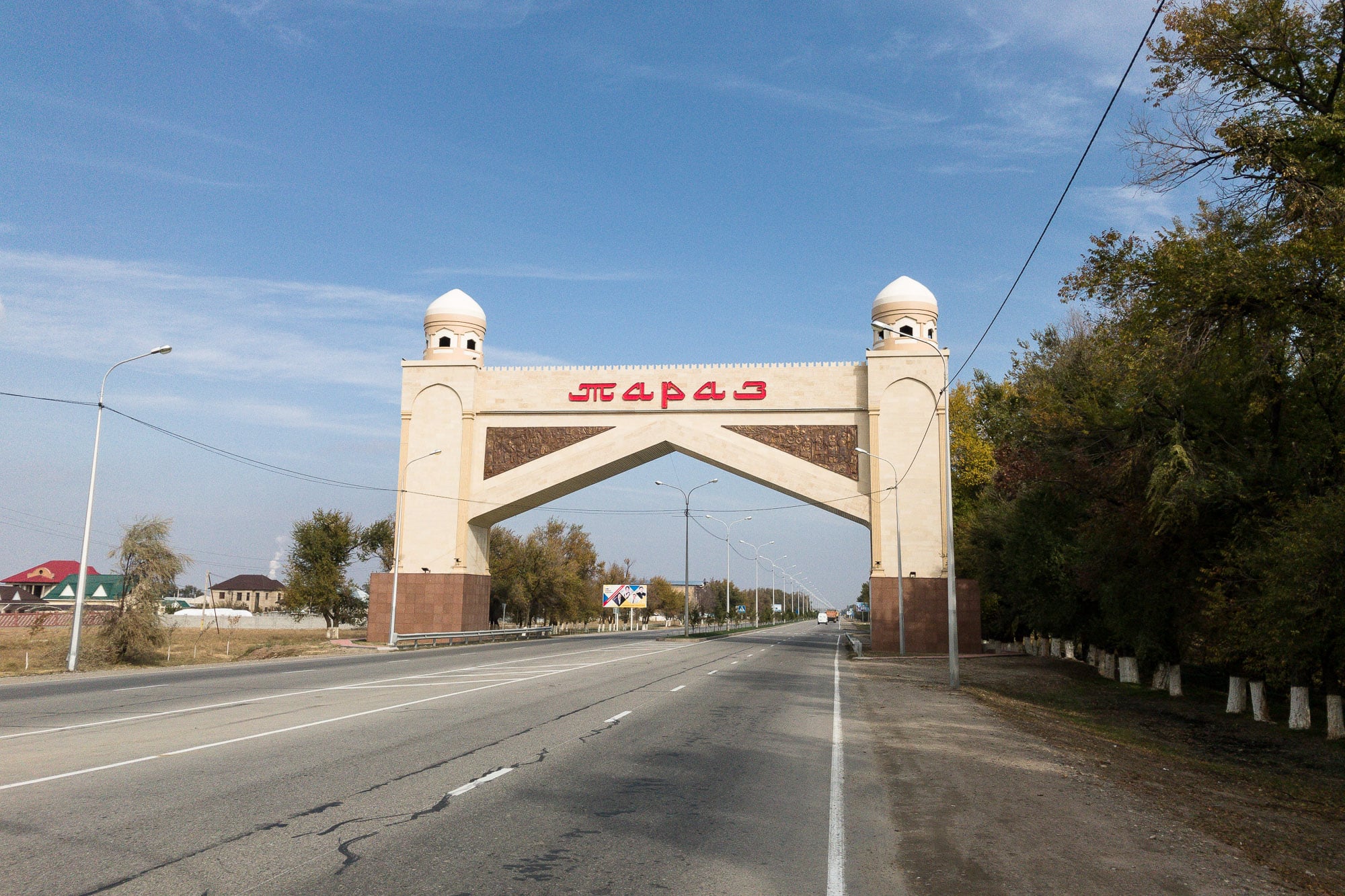 This guy stopped his car and showered me with cookies: 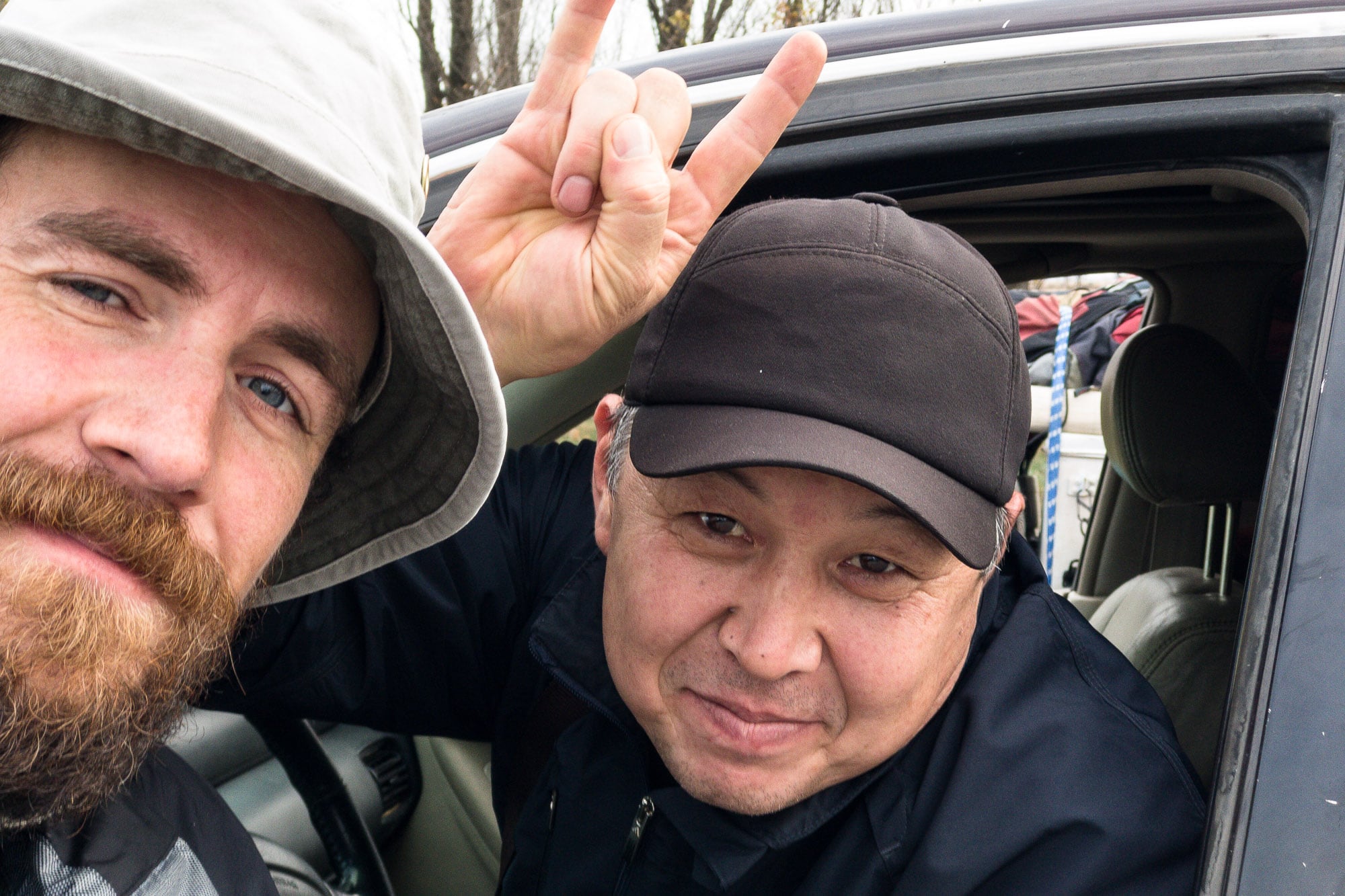 I obviously wasn’t in on the fact that we were metal heads, otherwise I would have totally gone along.

Saw this dove that had died in a most graceful position: 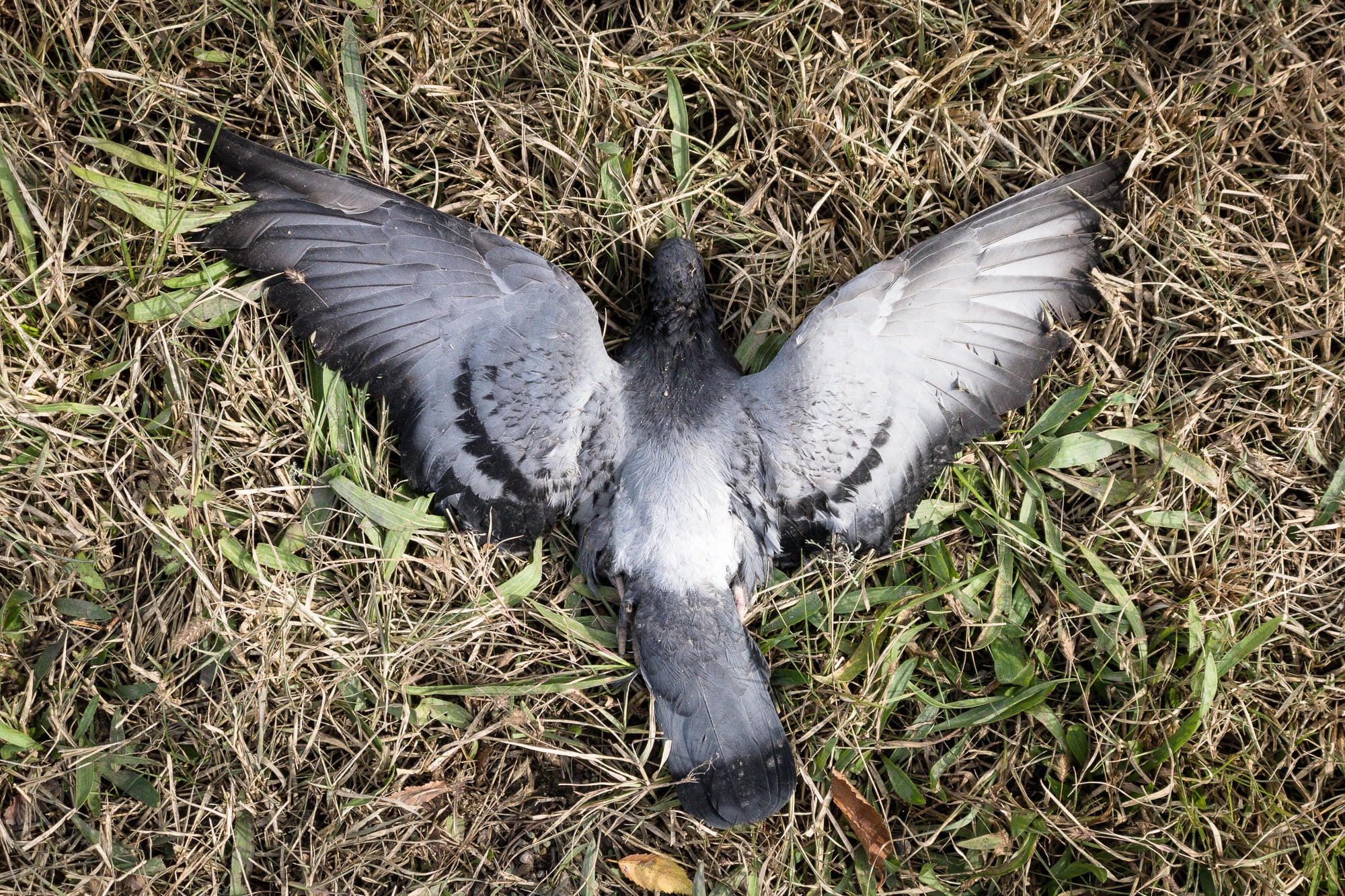 Well, there was not much to look at otherwise: 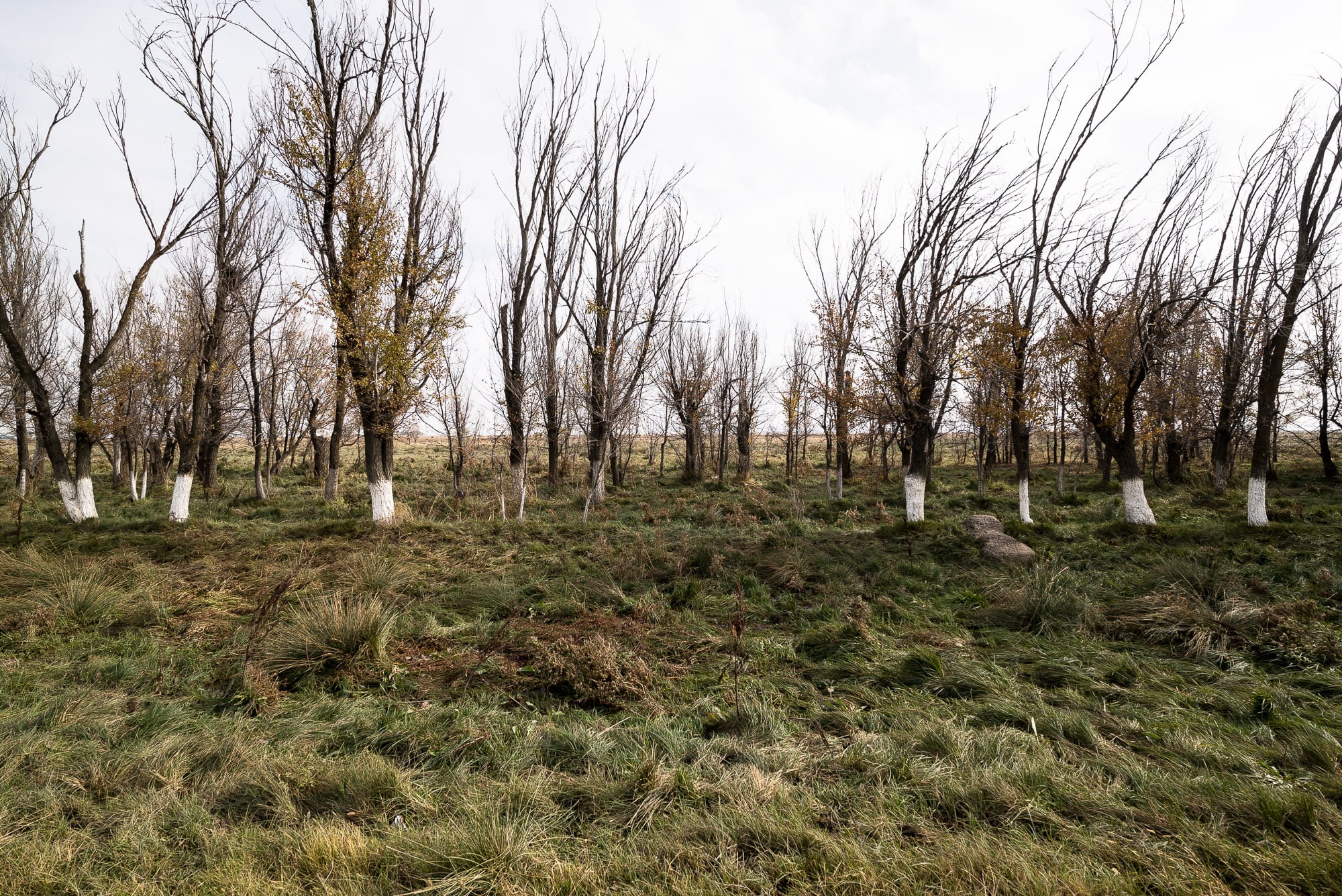 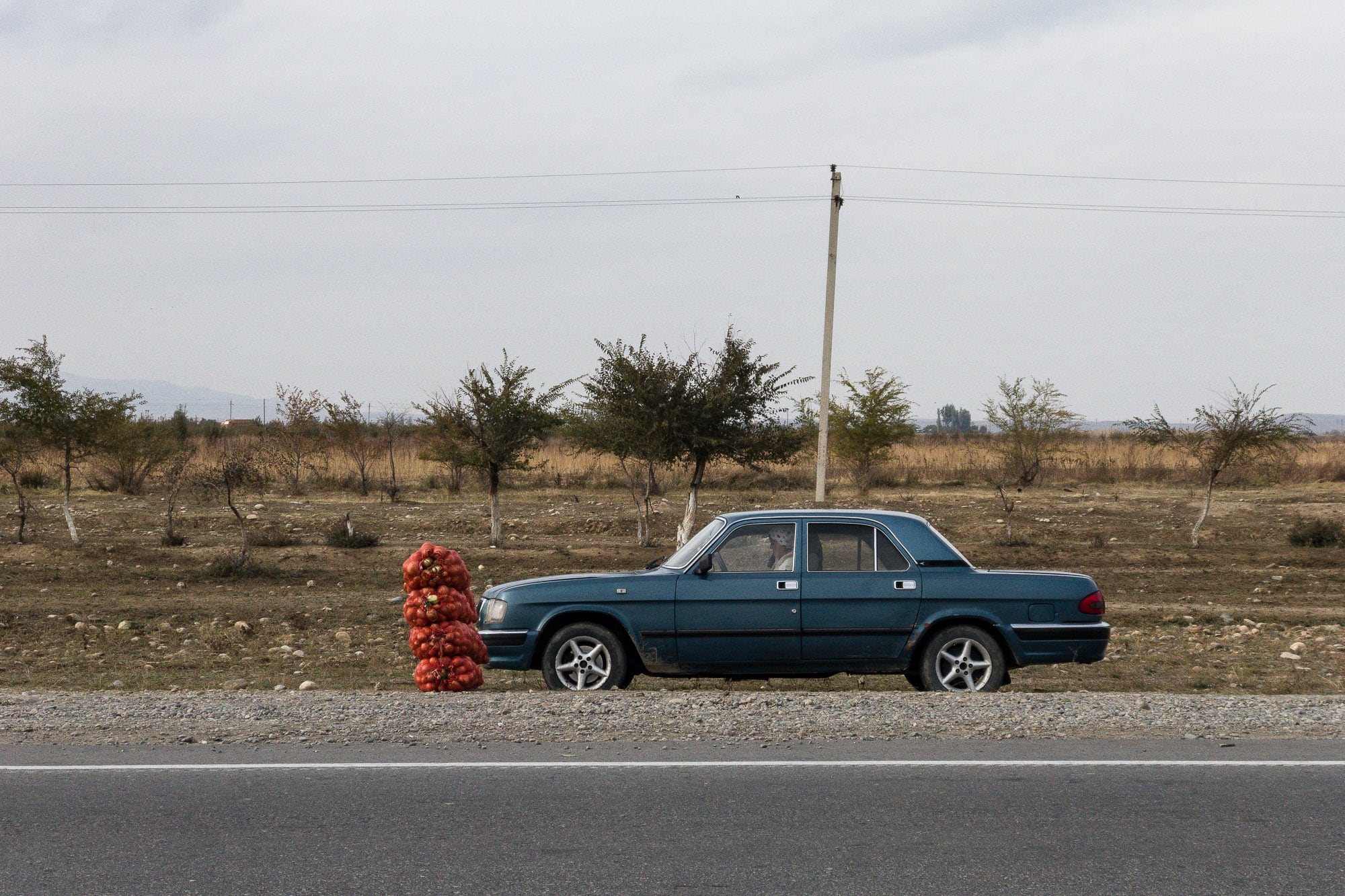 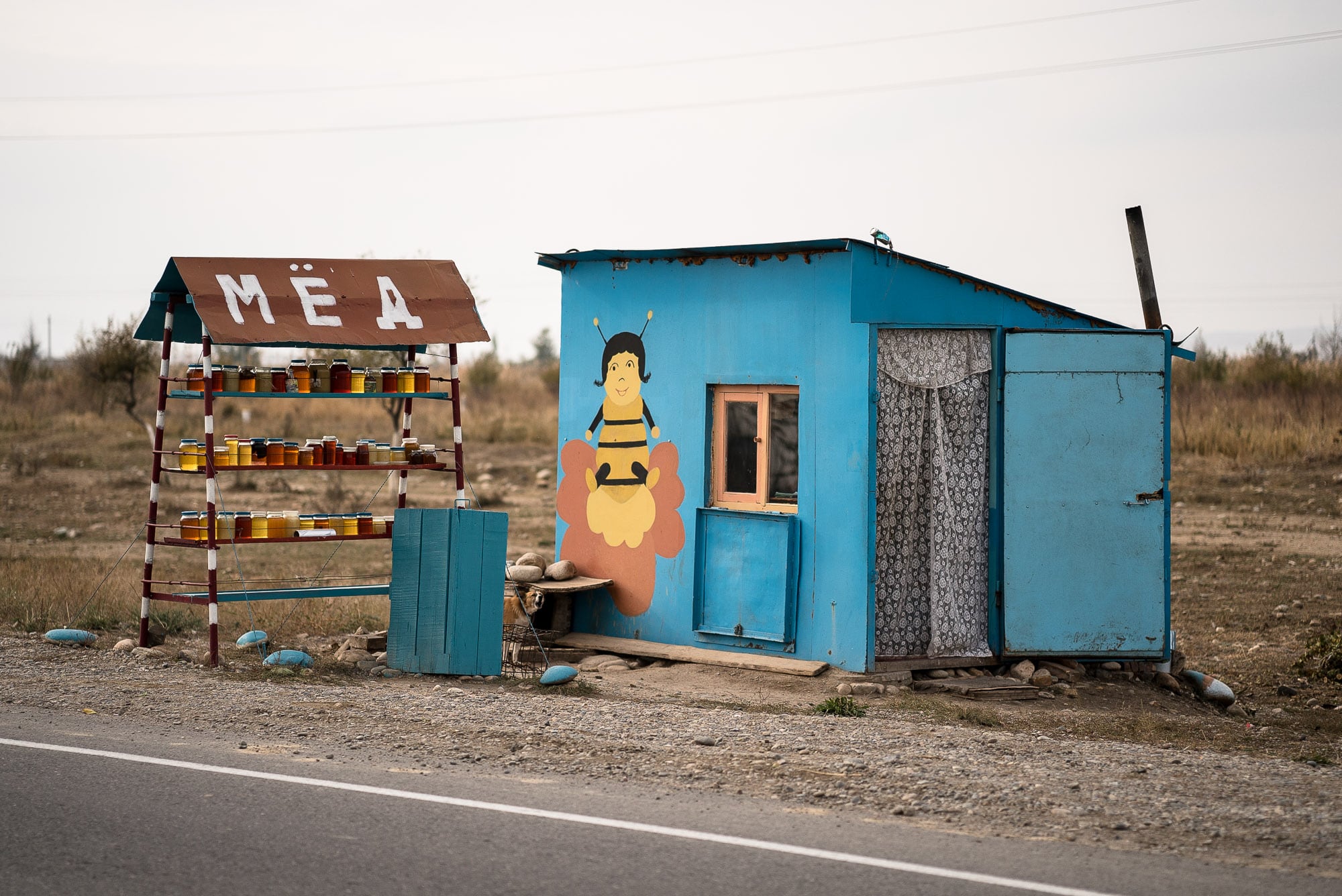 And then I reached Aisha Bibi, a 12th century mausoleum that had hence been restored: 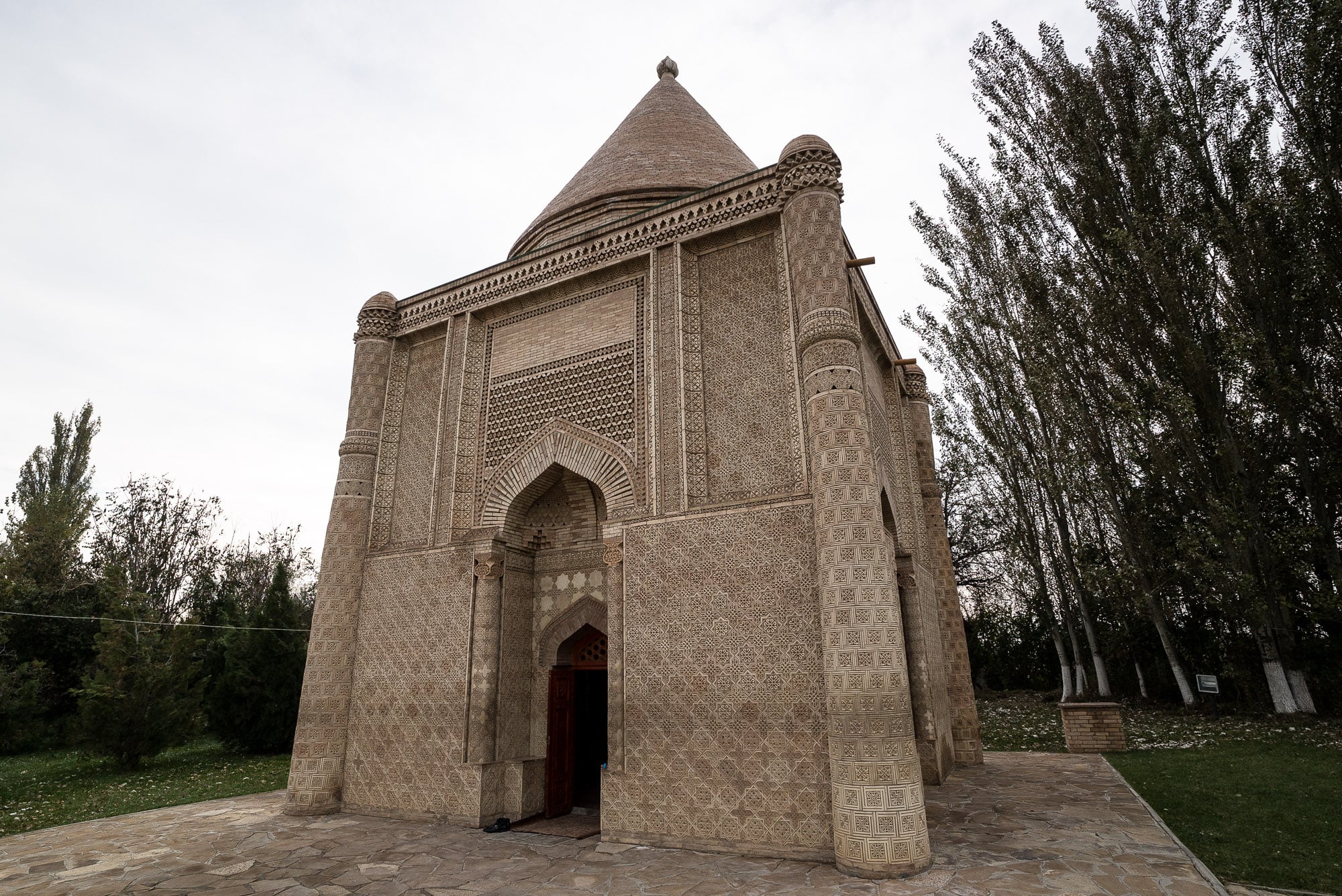 There was no hotel in the area, but someone pointed me to this place, which was supposed to be “not a hotel but a place like a hotel”: 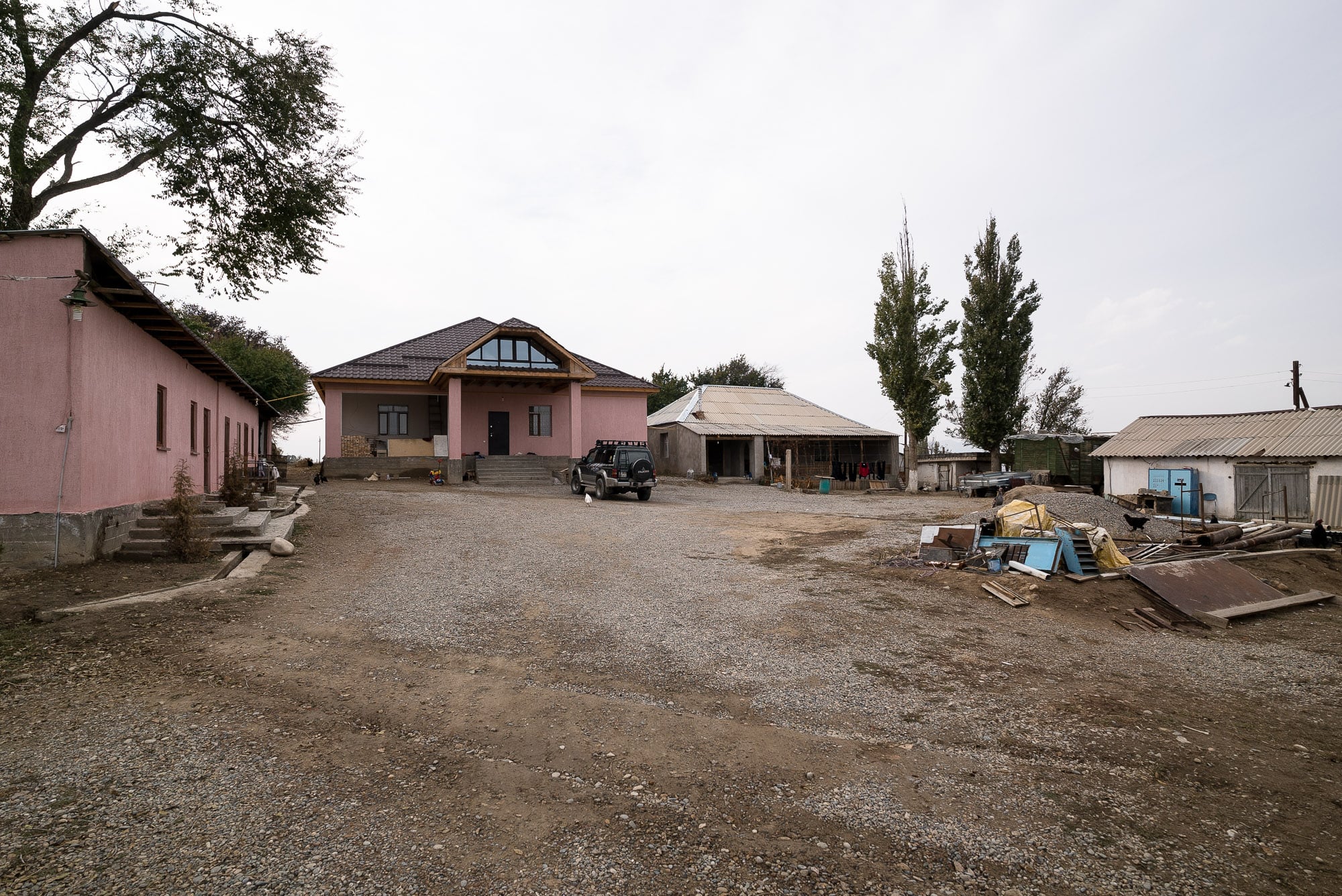 It took me a while before I understood that it was a pilgrim hostel.

I got a corner in a room, and I thought I was going to be all alone, but then two busloads of pilgrims appeared, and the place got crowded: 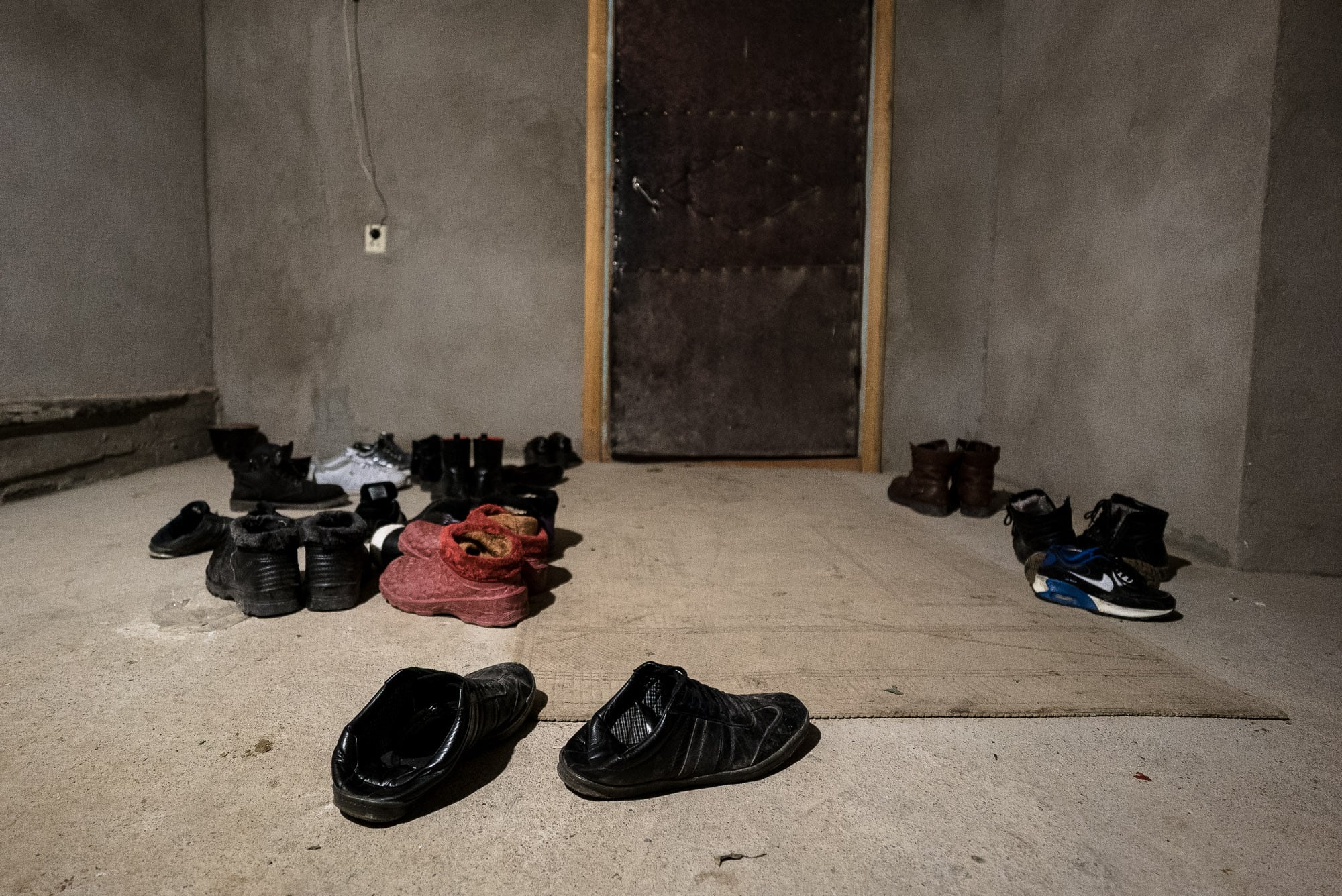 They were very nice. We had some tea together, then they said “let’s slaughter a sheep”, and we went and did that.

There was to be a prayer before: 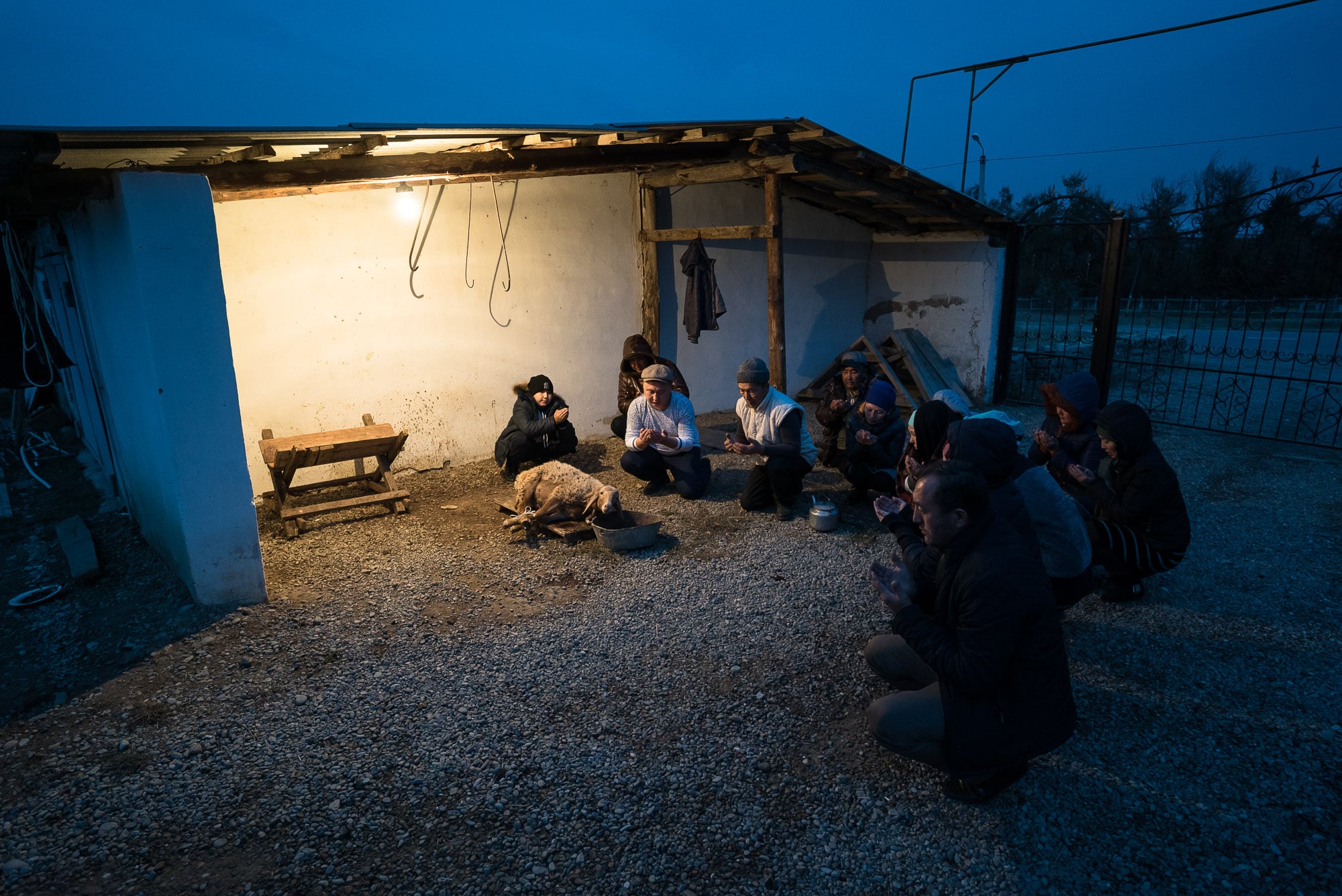 Then the sheep met its end: 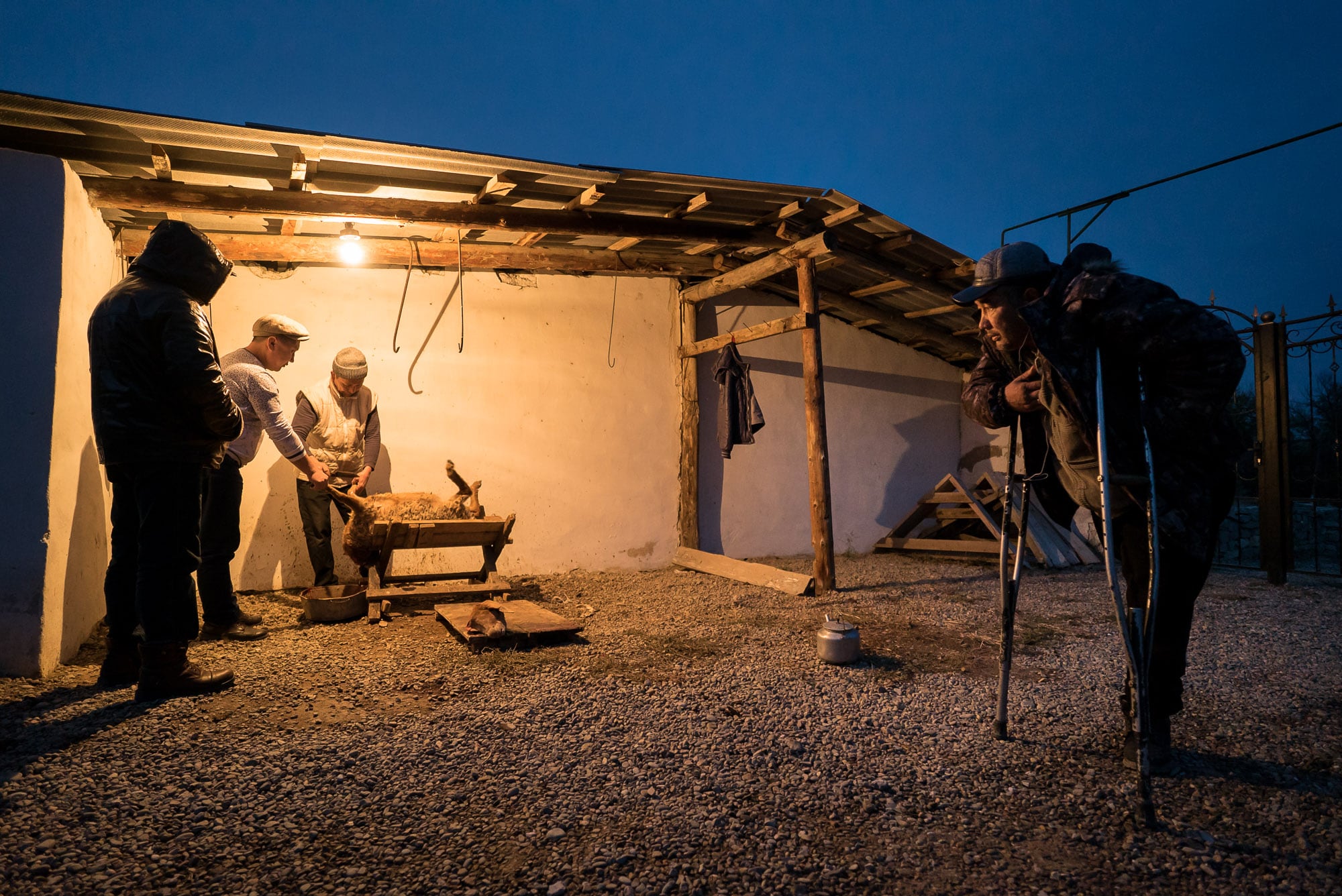 I went back to the mausoleum after this, and when I did I ran into a wedding: 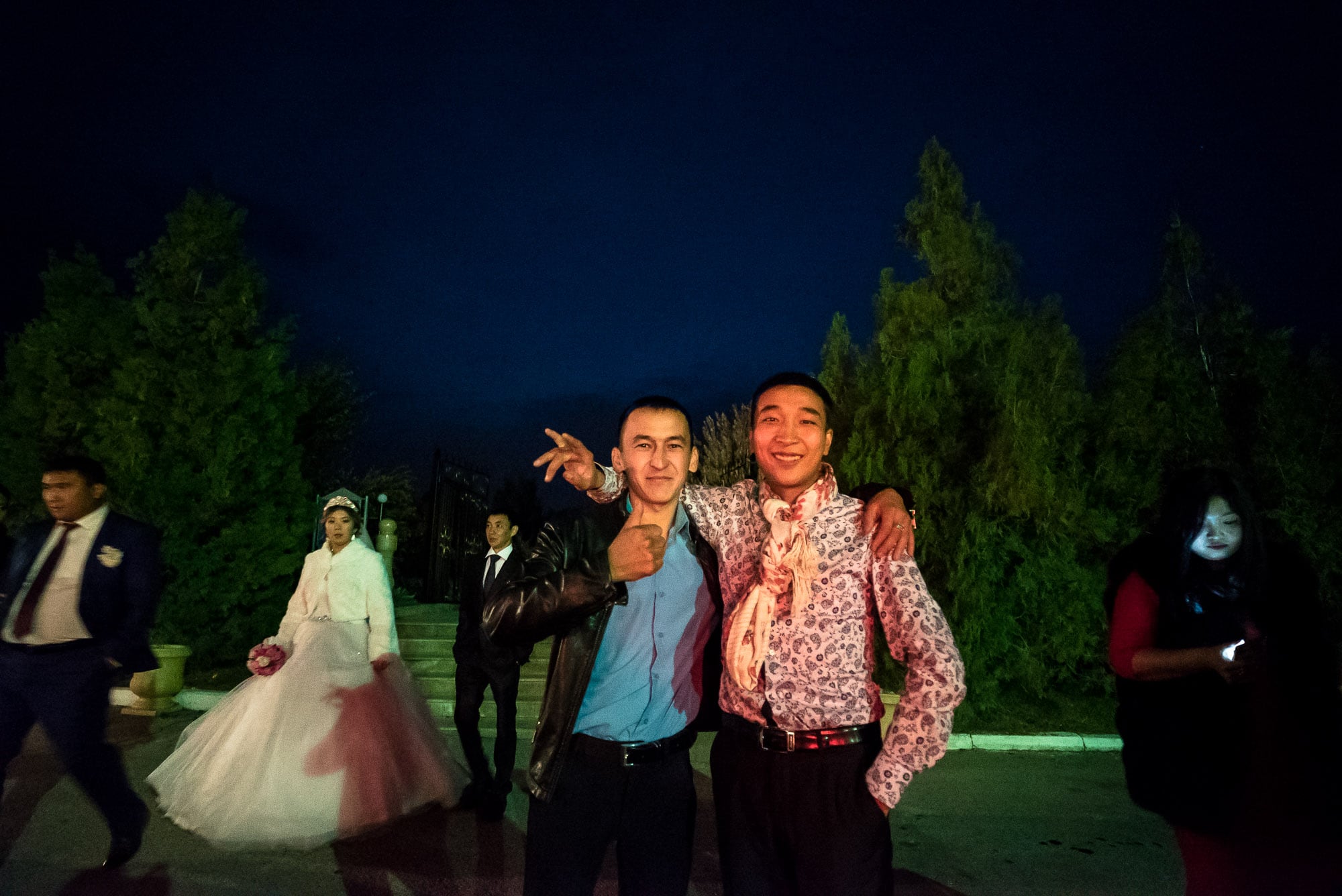 Or rather it was just the wedding party riding around in their stretch limousine taking pictures: 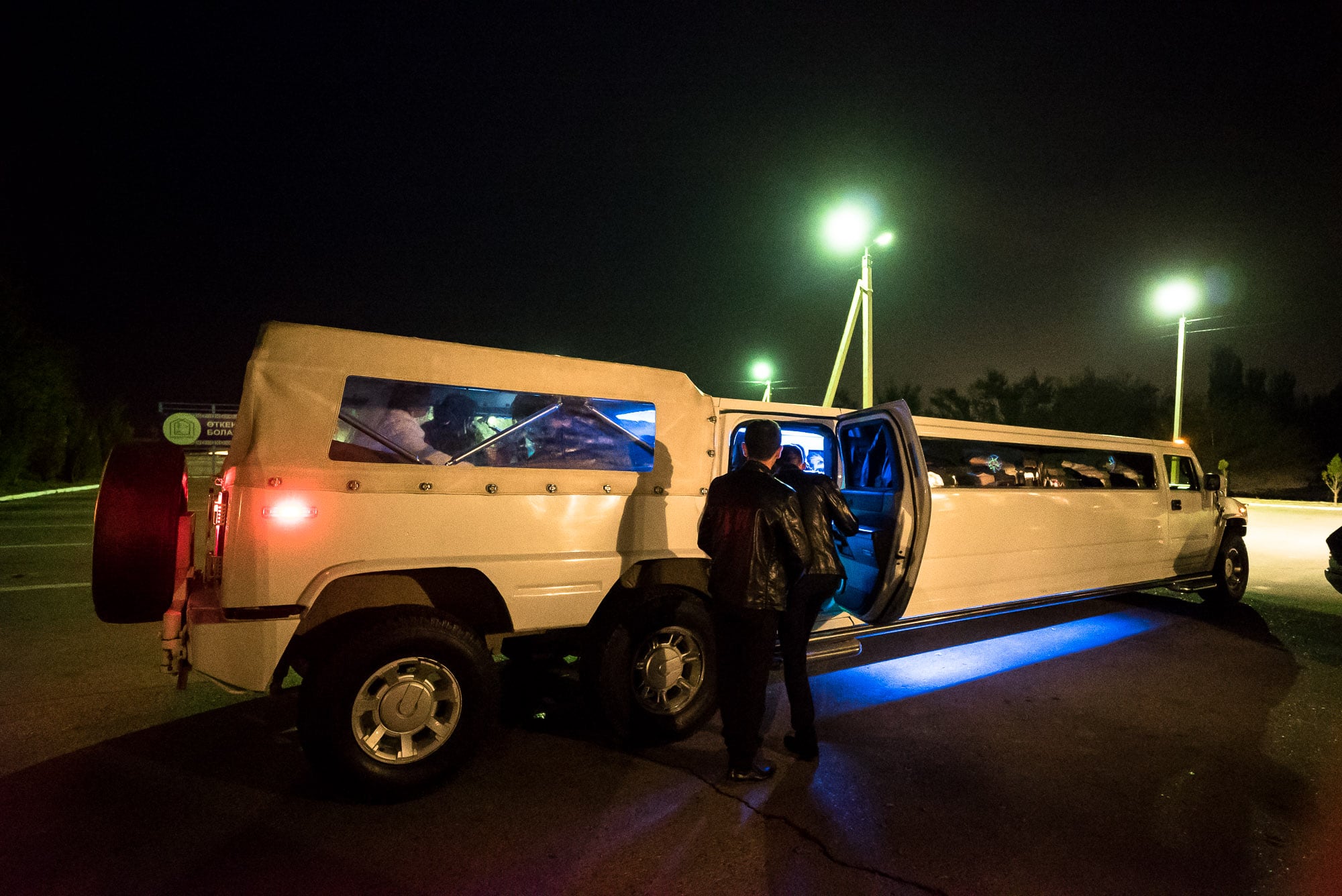 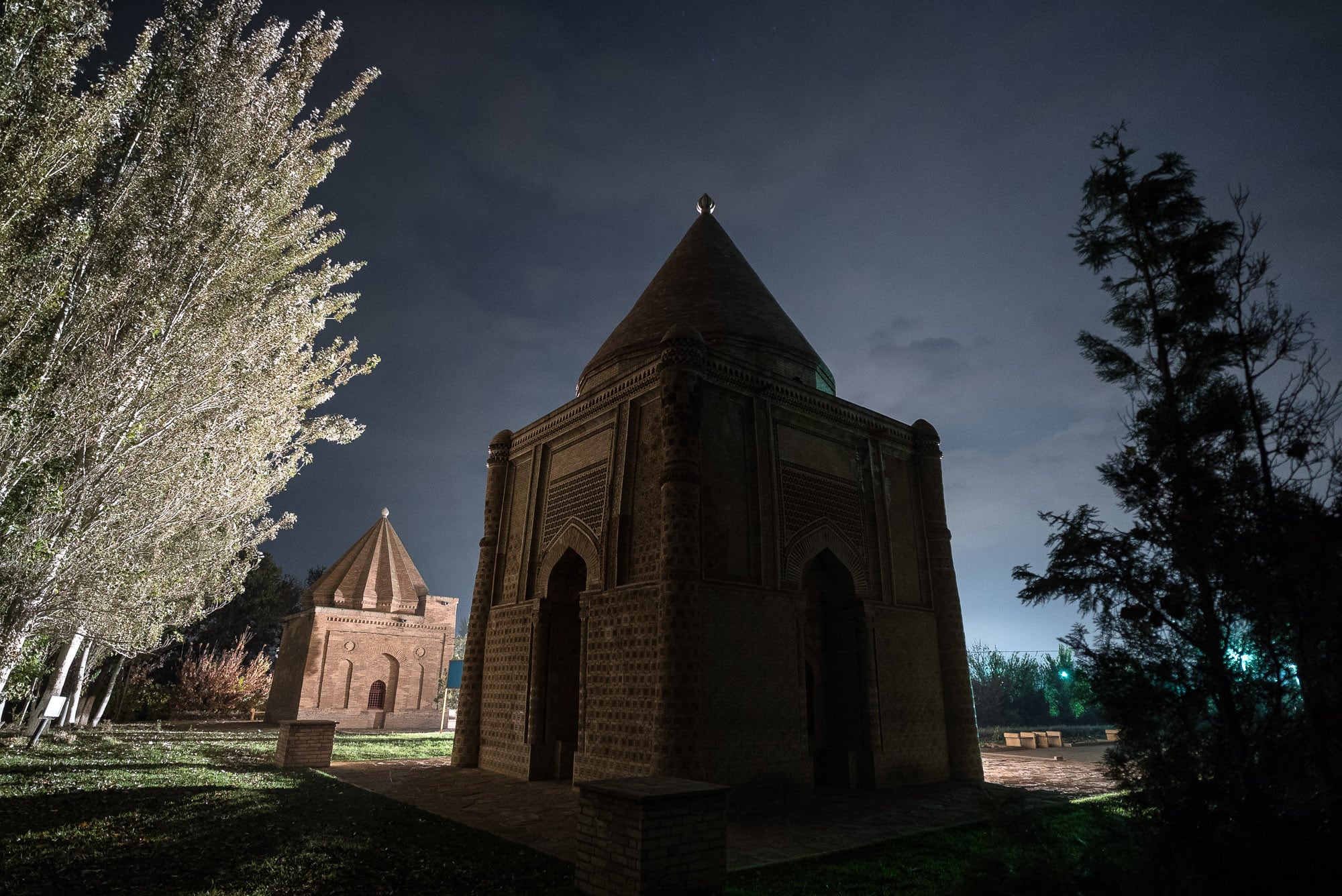 I stayed there for a while, then I went back to the pilgrim hostel.

The bus drivers told me about the trip the pilgrims were taking. It was a sort of “Kazakh Hajj” if you want to call it that. Pilgrims took a bus and covered 2000km in four days, seeing holy sites, bathing in holy water, and eating lots of mutton on the way. The bus drivers were very tired: 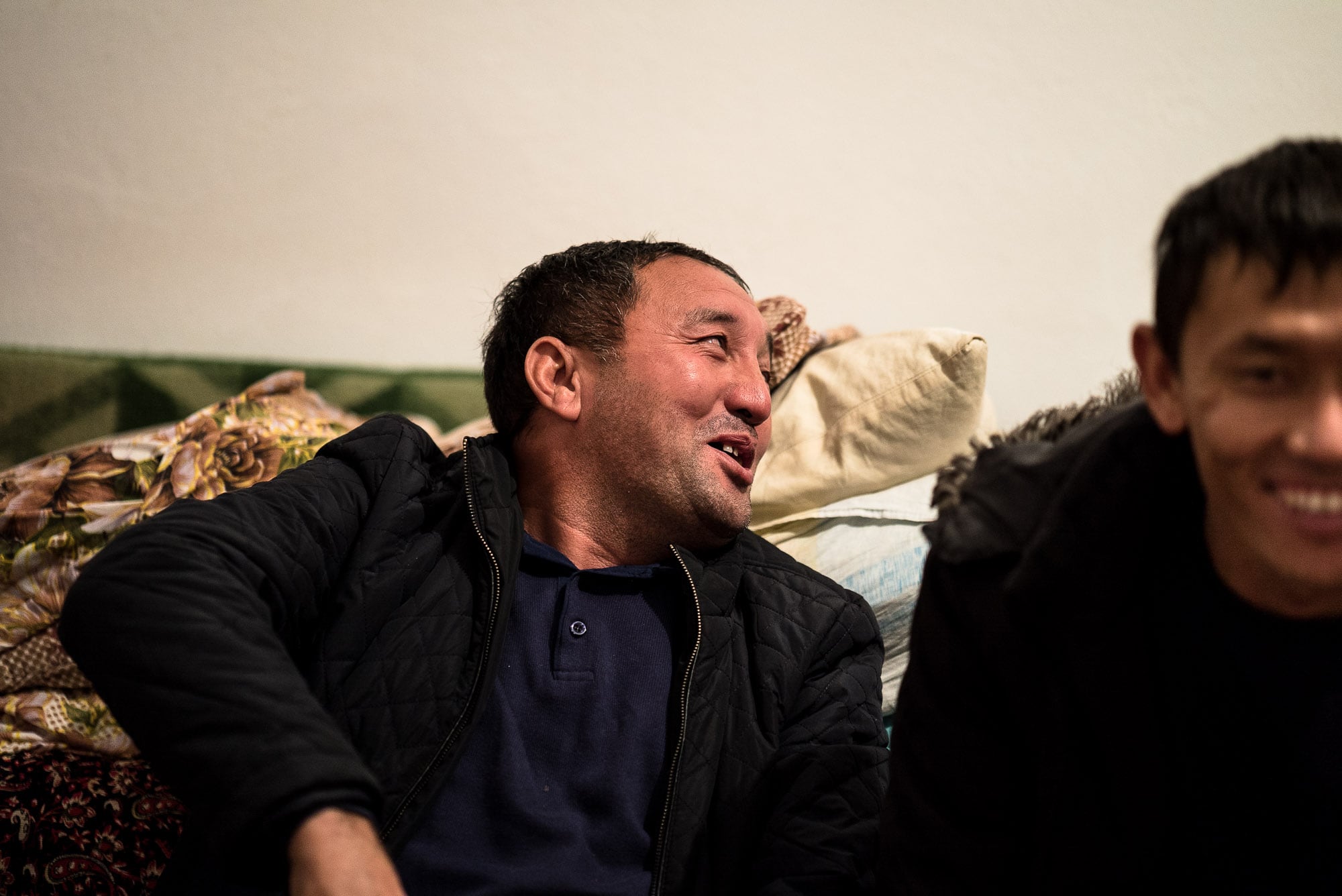 Then the pilgrims invited me to have dinner with them: 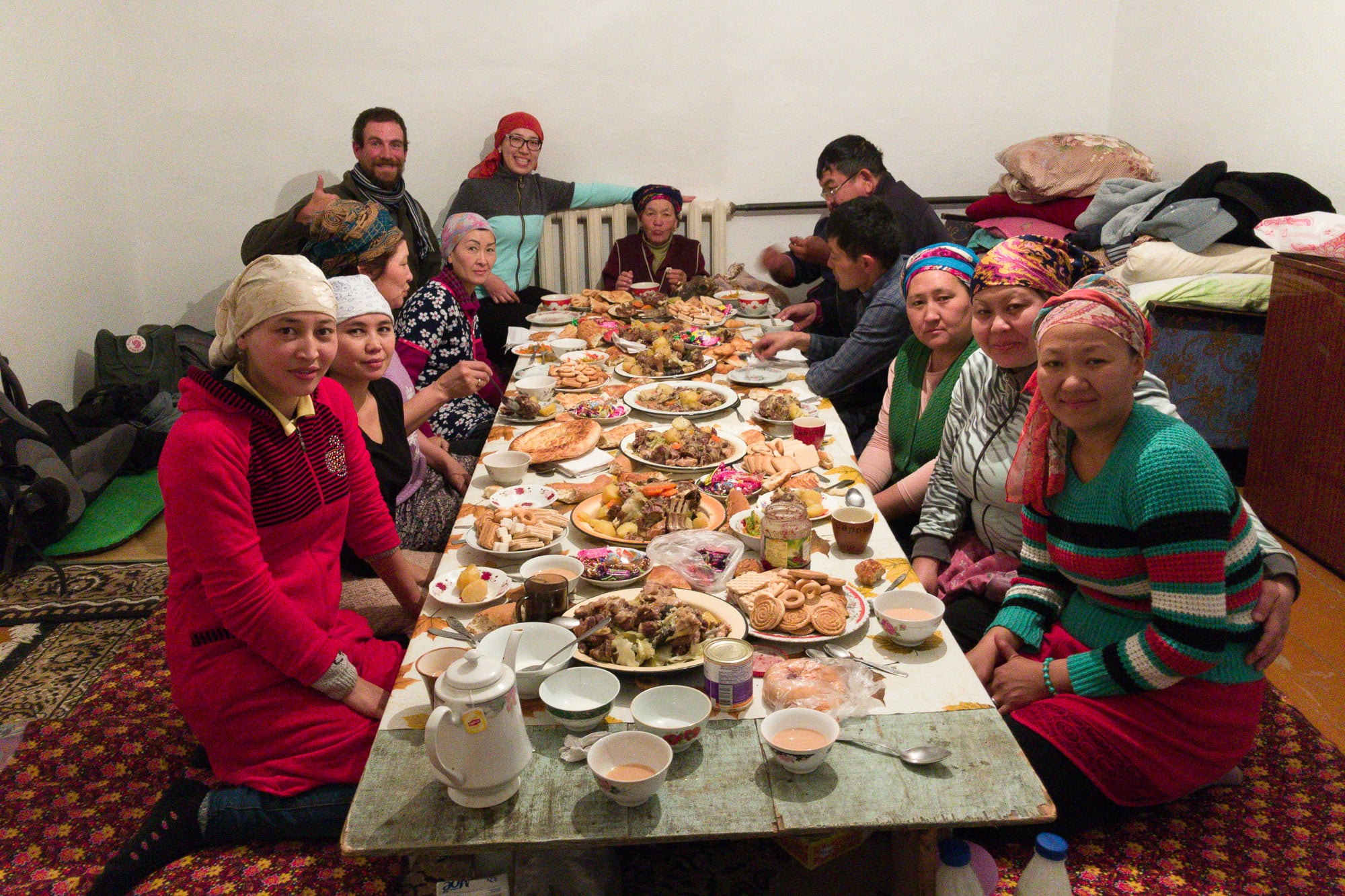 We had the sheep that had been slaughtered before: 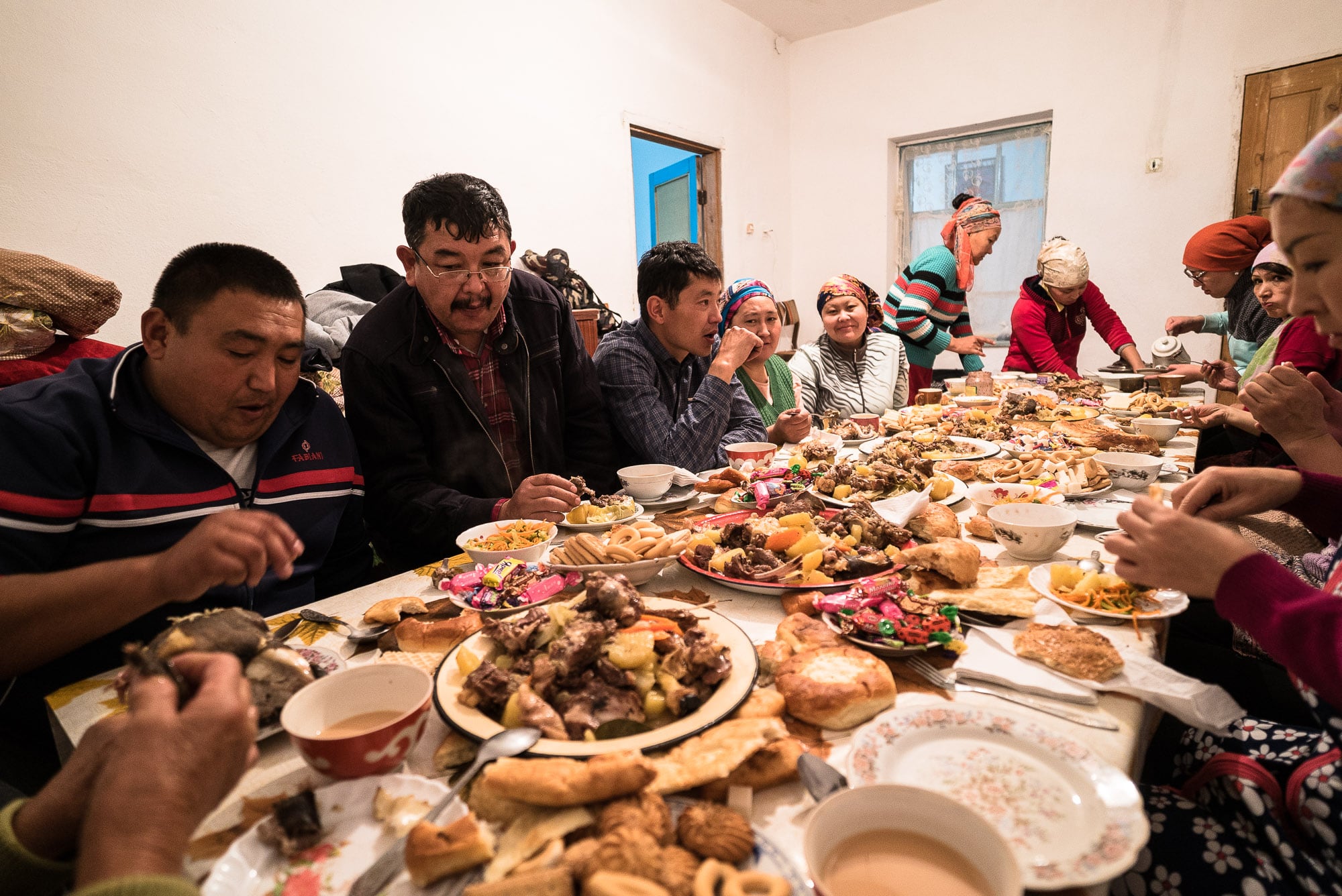 And if you want to see me really confused, here I am eating a sheep’s eyeball and some of its brains while the cook goes into a laughing fit about something I don’t understand:

Well, I wasn’t only confused.

There was also this feeling of happiness somewhere between the eyeball and the brain.

Day 540
from Taraz to Aisha Bibi