The sky was strange this morning: 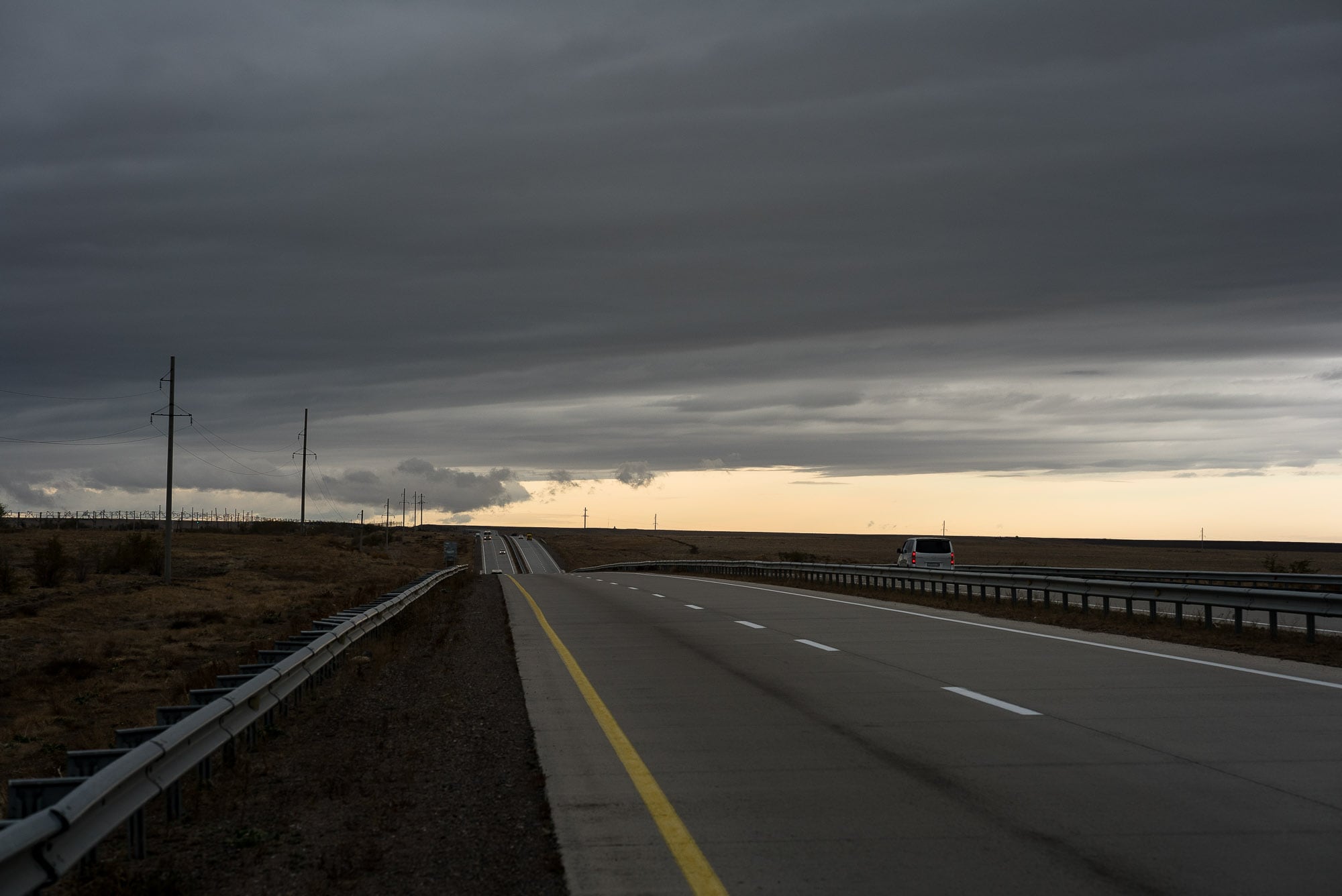 Made for an interesting time-lapse though:

(I wish I could turn this into an ever-looping gif.)

There was not much to see besides the clouds: 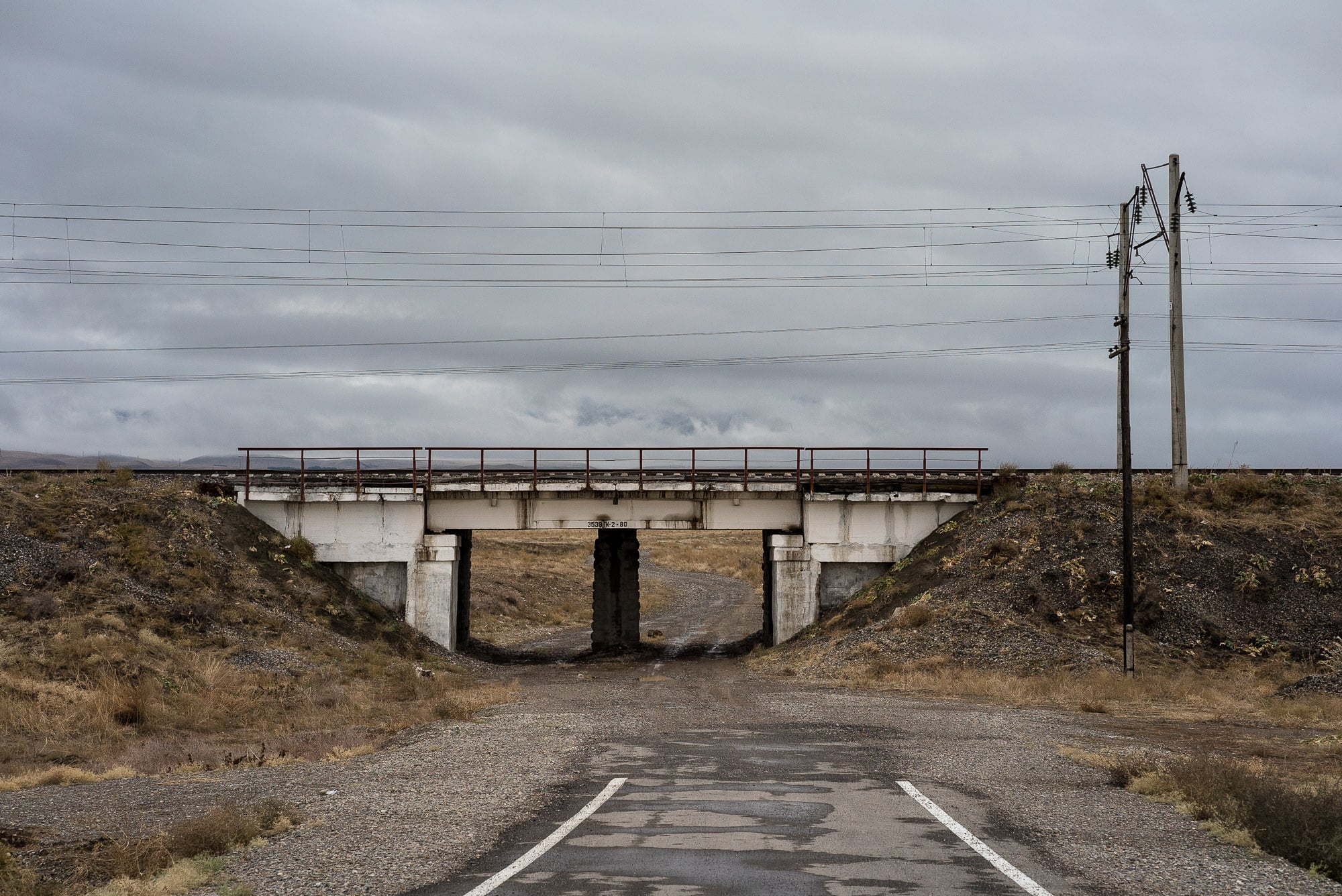 One time a sign that said Taraz appeared. It was made up of a bunch of stones on a hill: 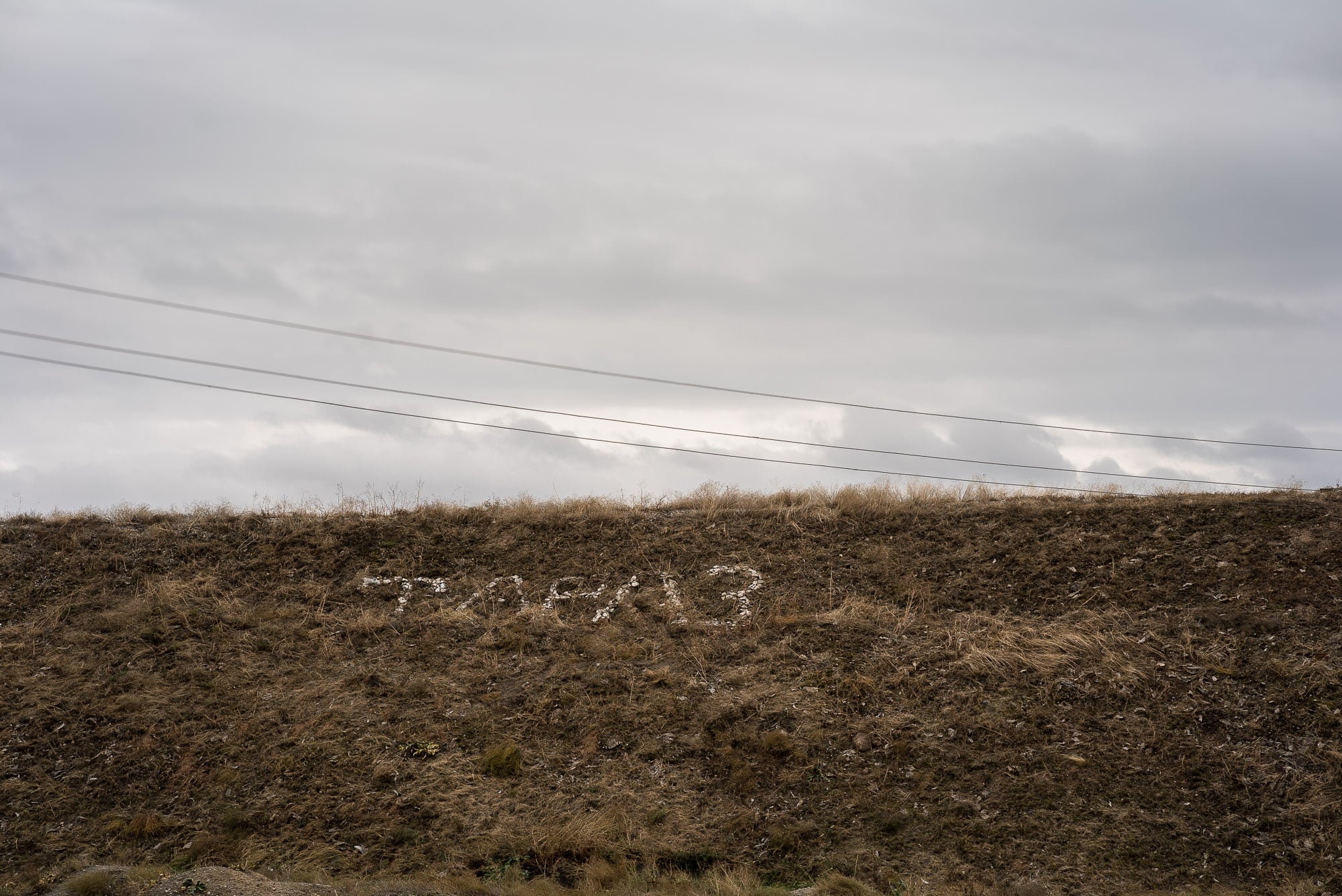 I had lunch in a restaurant next to the road: 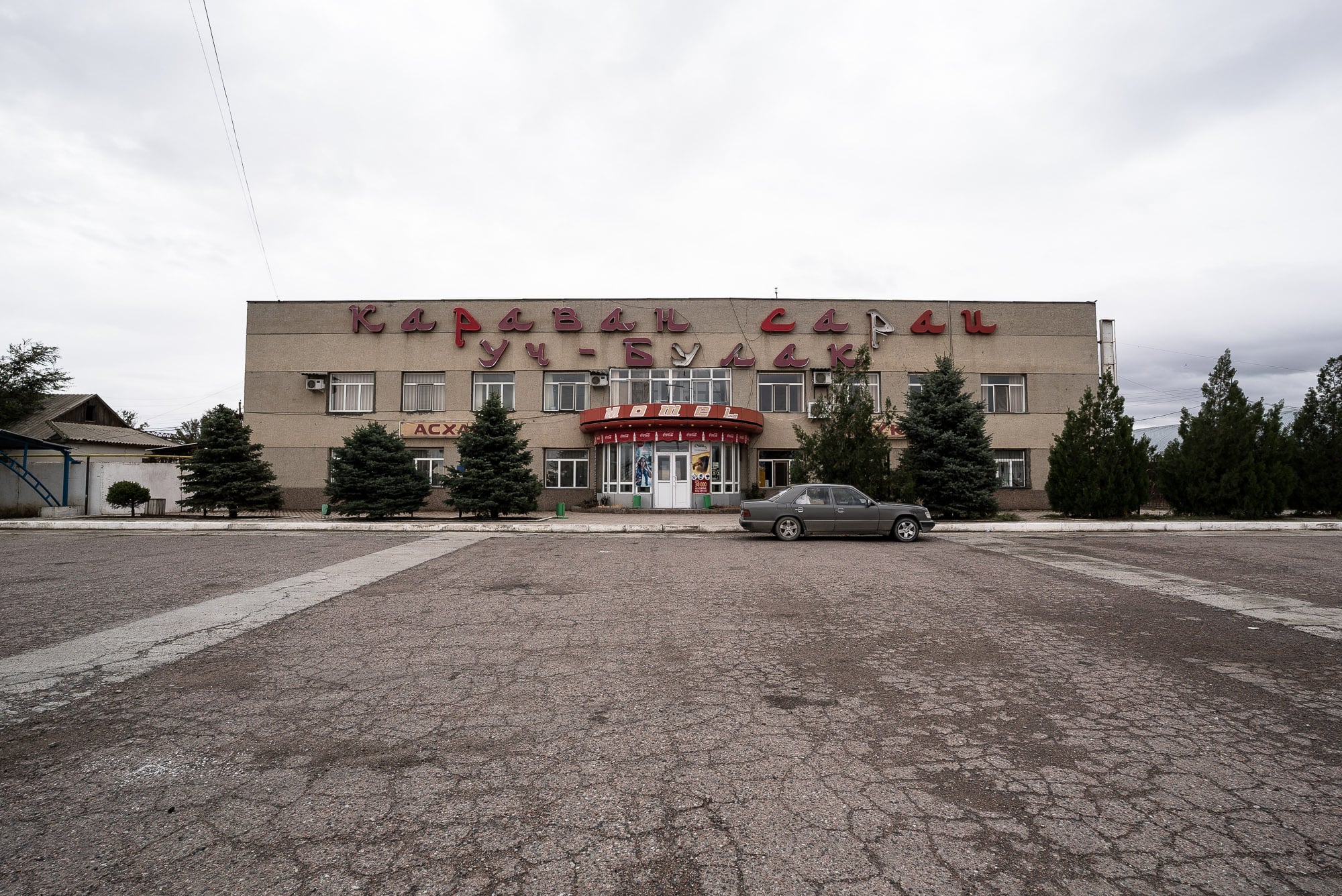 The business had been failing ever since the city had built a bypass that took traffic away from the road: 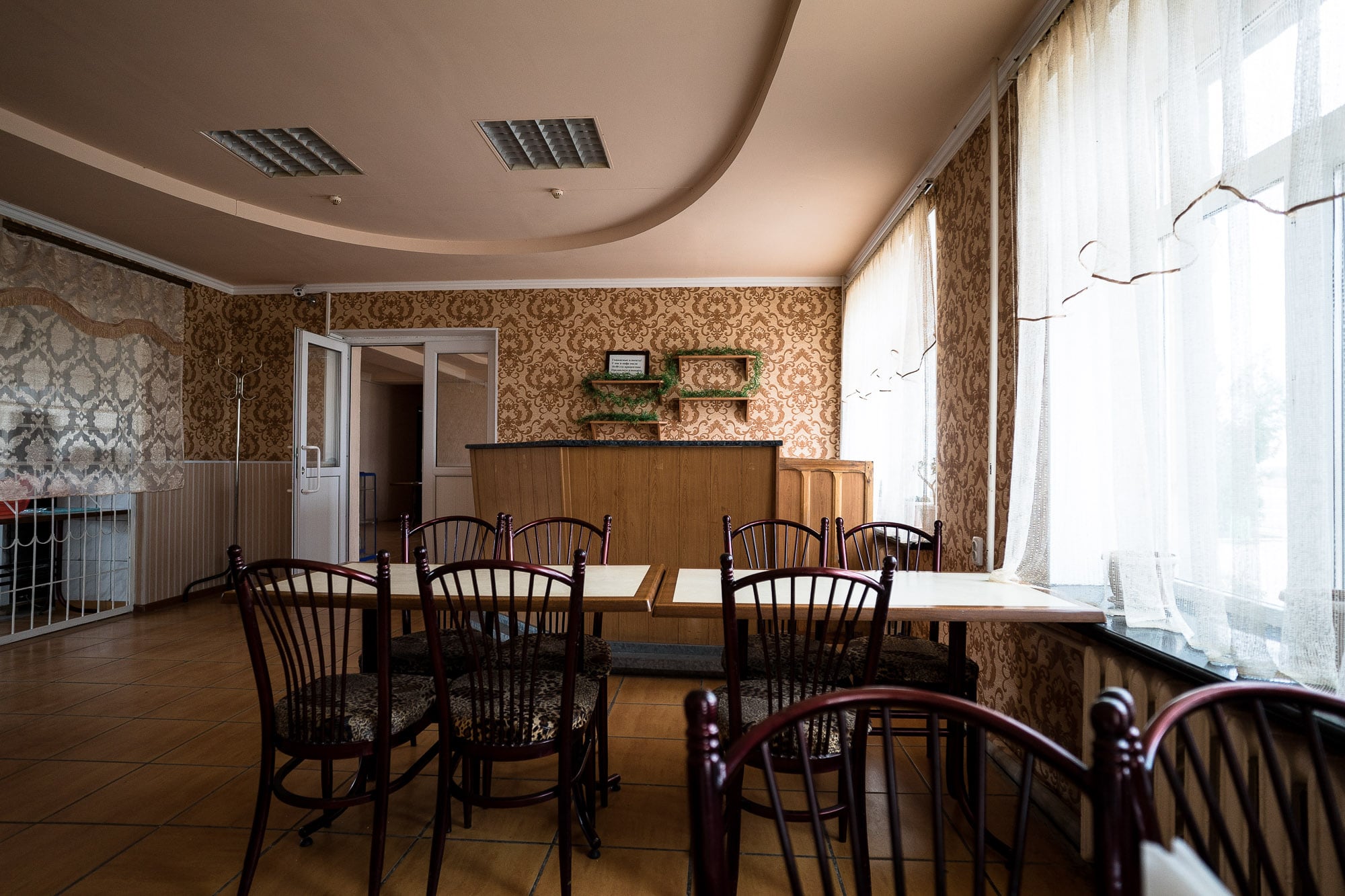 The owner was a bit sad about this, but he was very nice guy: 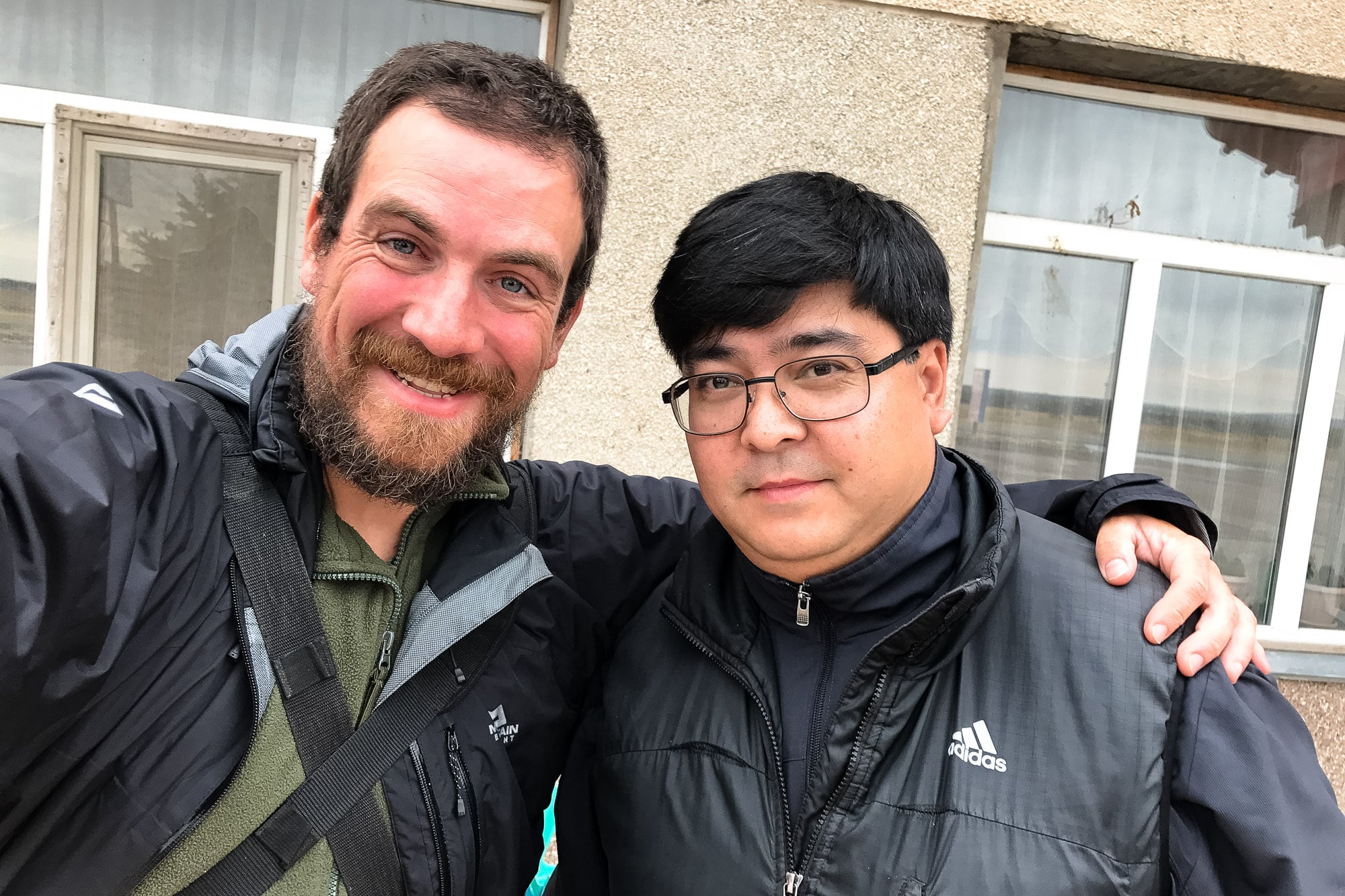 We talked about this and that, and then he treated me to lunch.

Little did I know I would screw up my stomach badly:

Luckily I managed to find a loo somewhere: 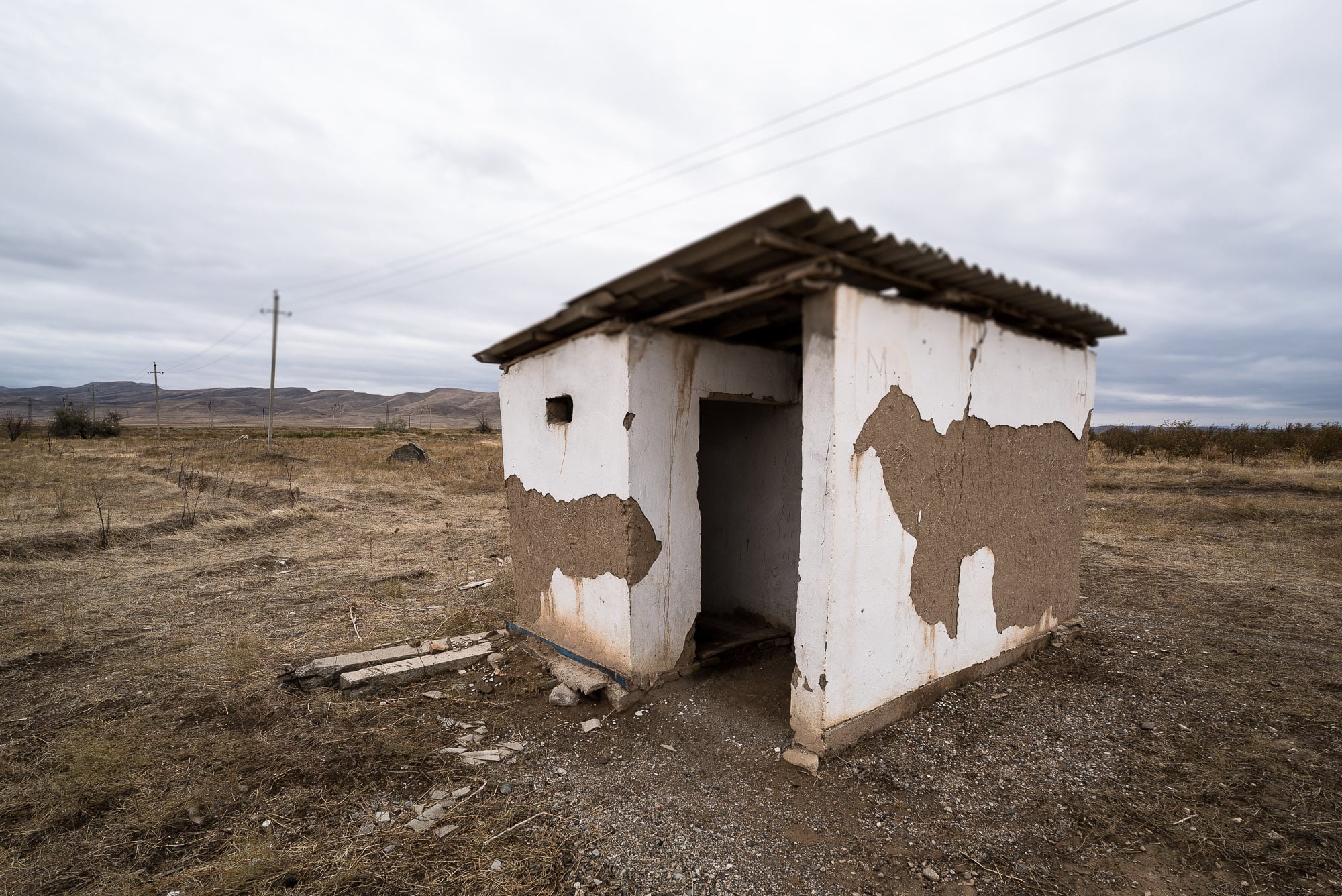 Took me a while after that to get to Taraz.

Sometimes the road would be blocked: 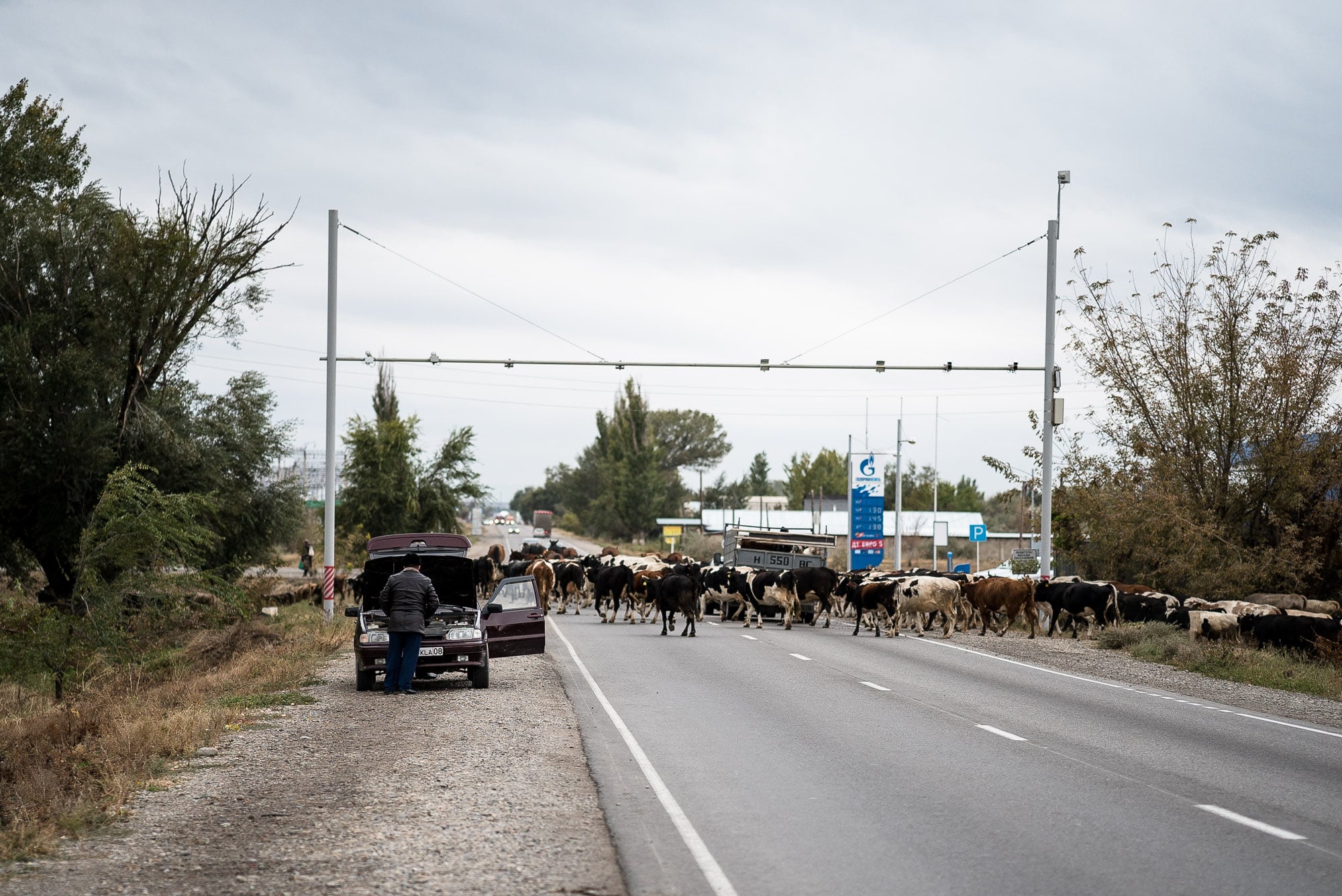 But I eventually did arrive under a nice big gate that said “Taraz”: 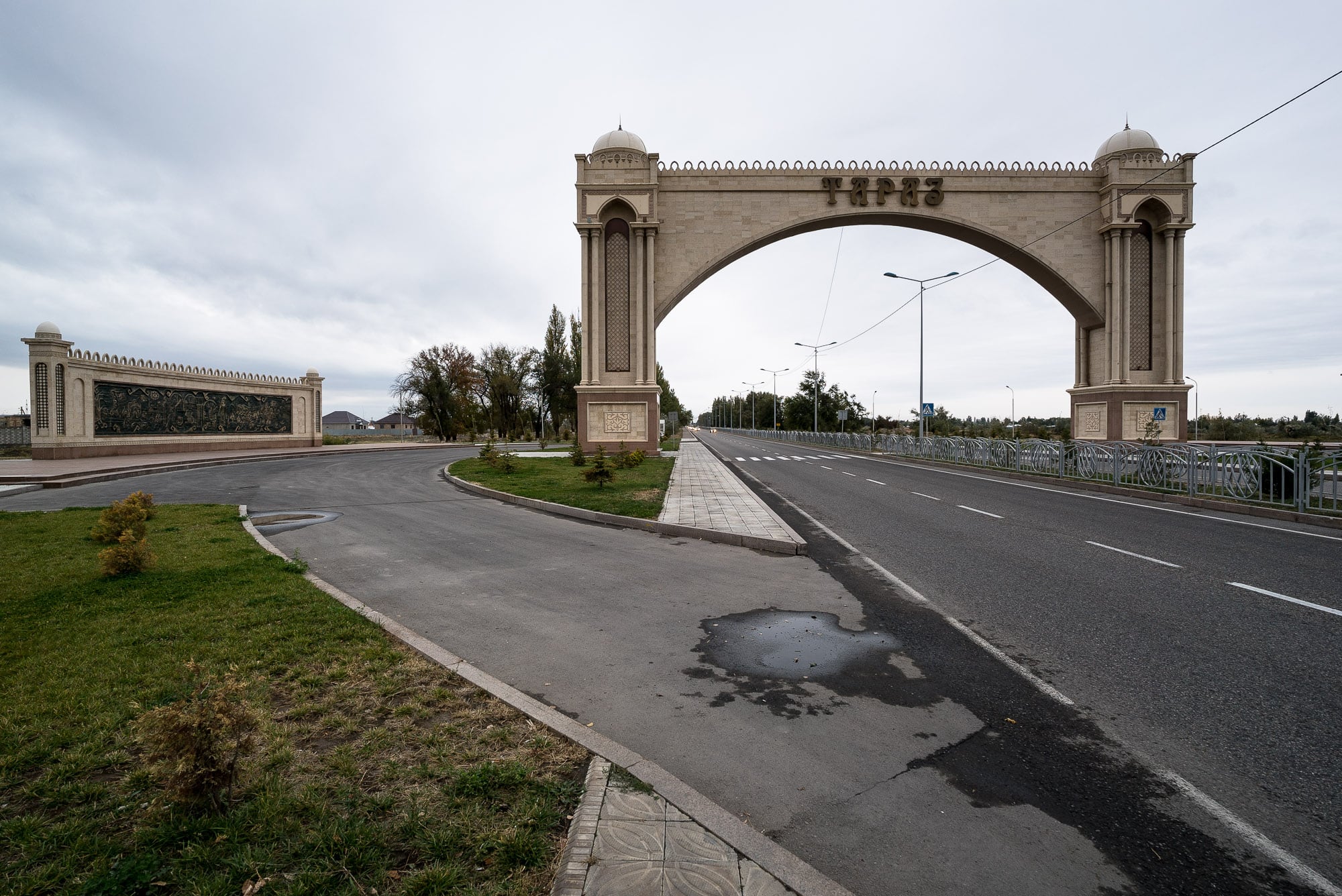 Still, I had a long way to go: 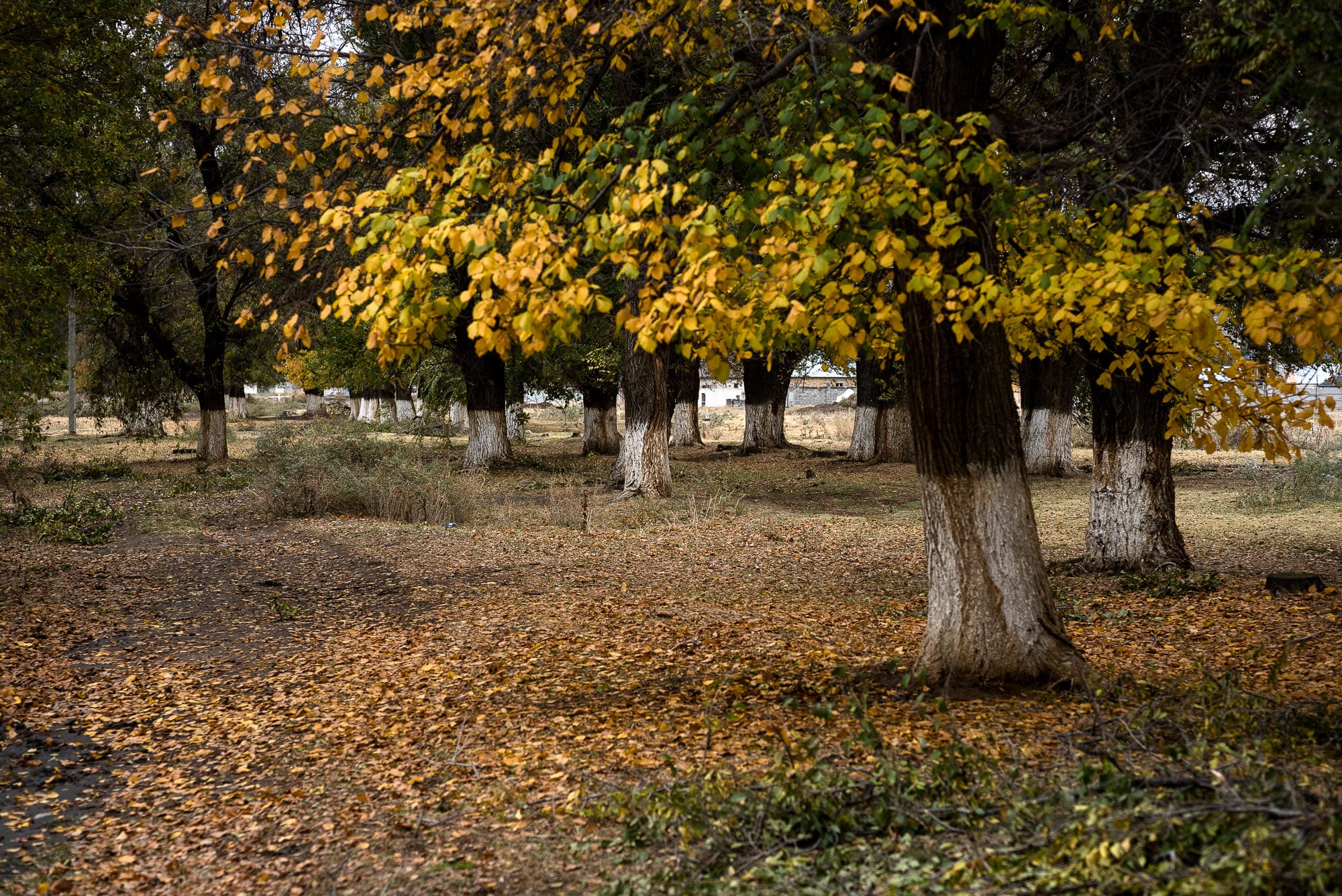 It was at about this time that the hotel I had booked cancelled on me. They just sent me an email and told me to go somewhere else.

Nice, I thought, just what I needed.

So I booked another one that looked like it wasn’t that far away.

And I kept walking. 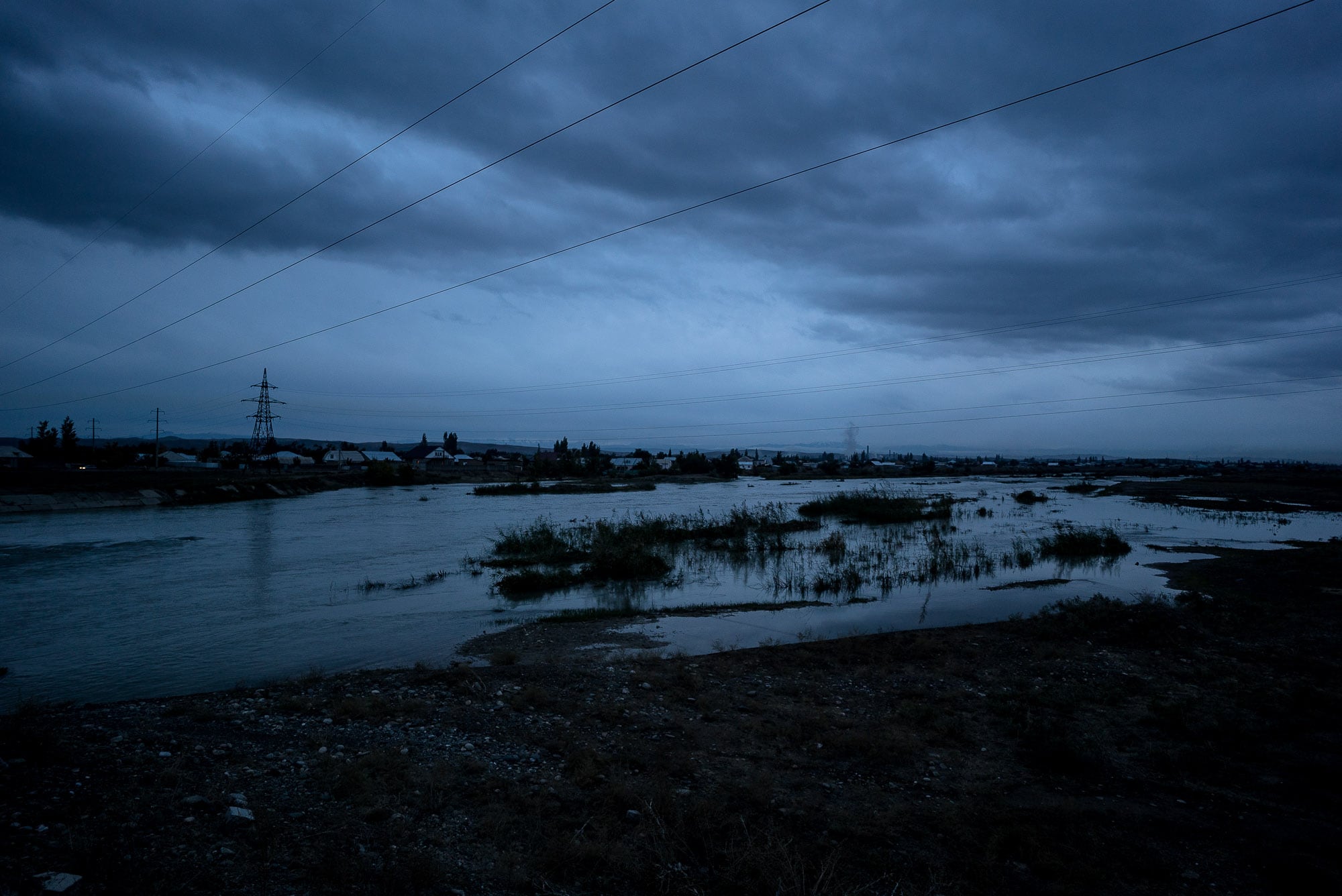 Did what people had been telling me NOT to do: 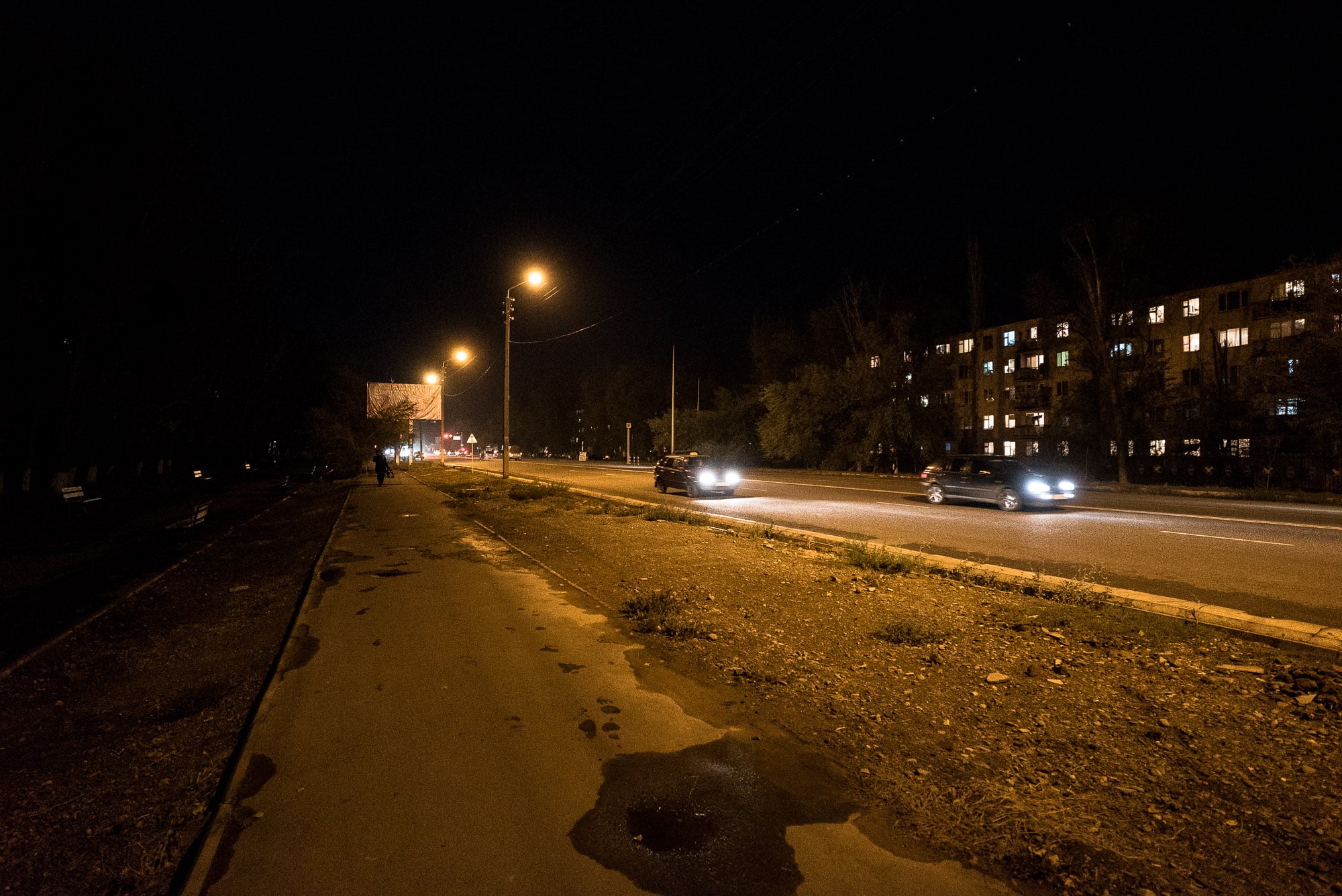 Walking around in Taraz in the darkness: 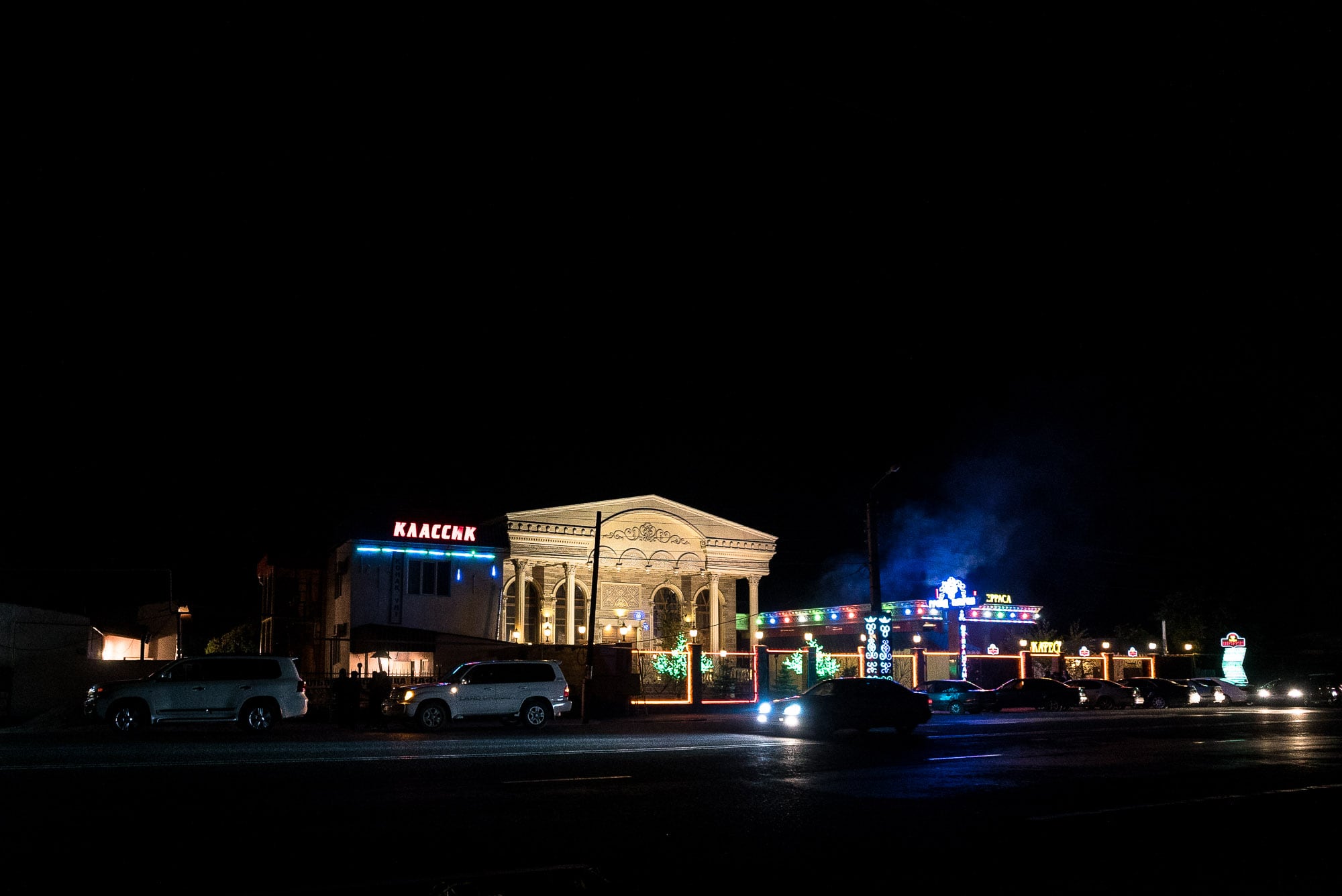 And then I found my hotel.

The people there were very friendly. They told me about a restaurant that I could go to if I wanted to have dinner.

It turned out that the restaurant was very nice, and it was also a popular place for disco dancing: 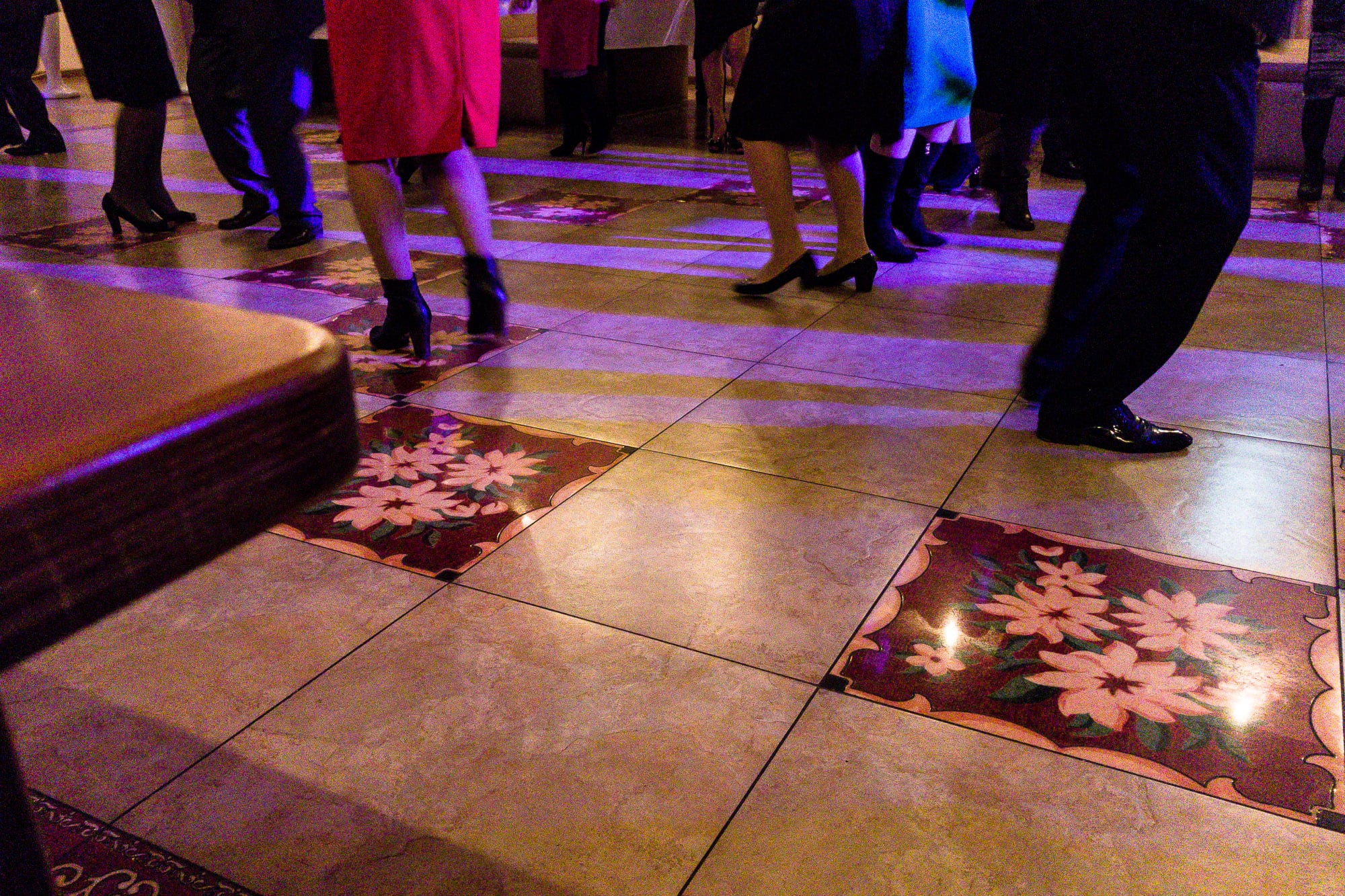 I had food and tea, and while I was sitting there I thought to myself: There are only a few things that could be more uplifting than watching Kazakh people dance.

Day 536
from Akchulak to Taraz