Had the best hotel room ever.

Well, it wasn’t exactly a room. It was more like an apartment: 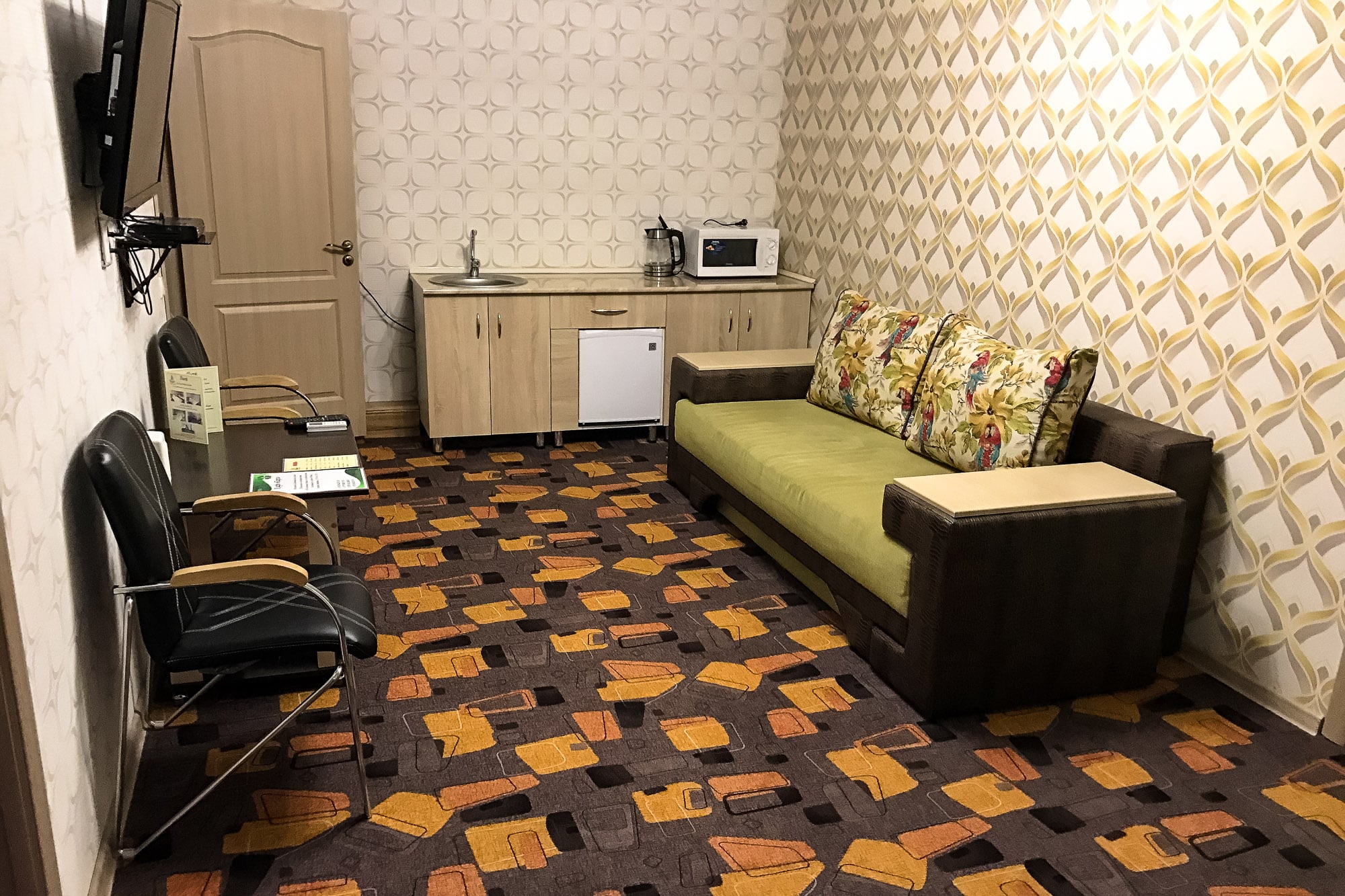 An apartment with a bedroom: 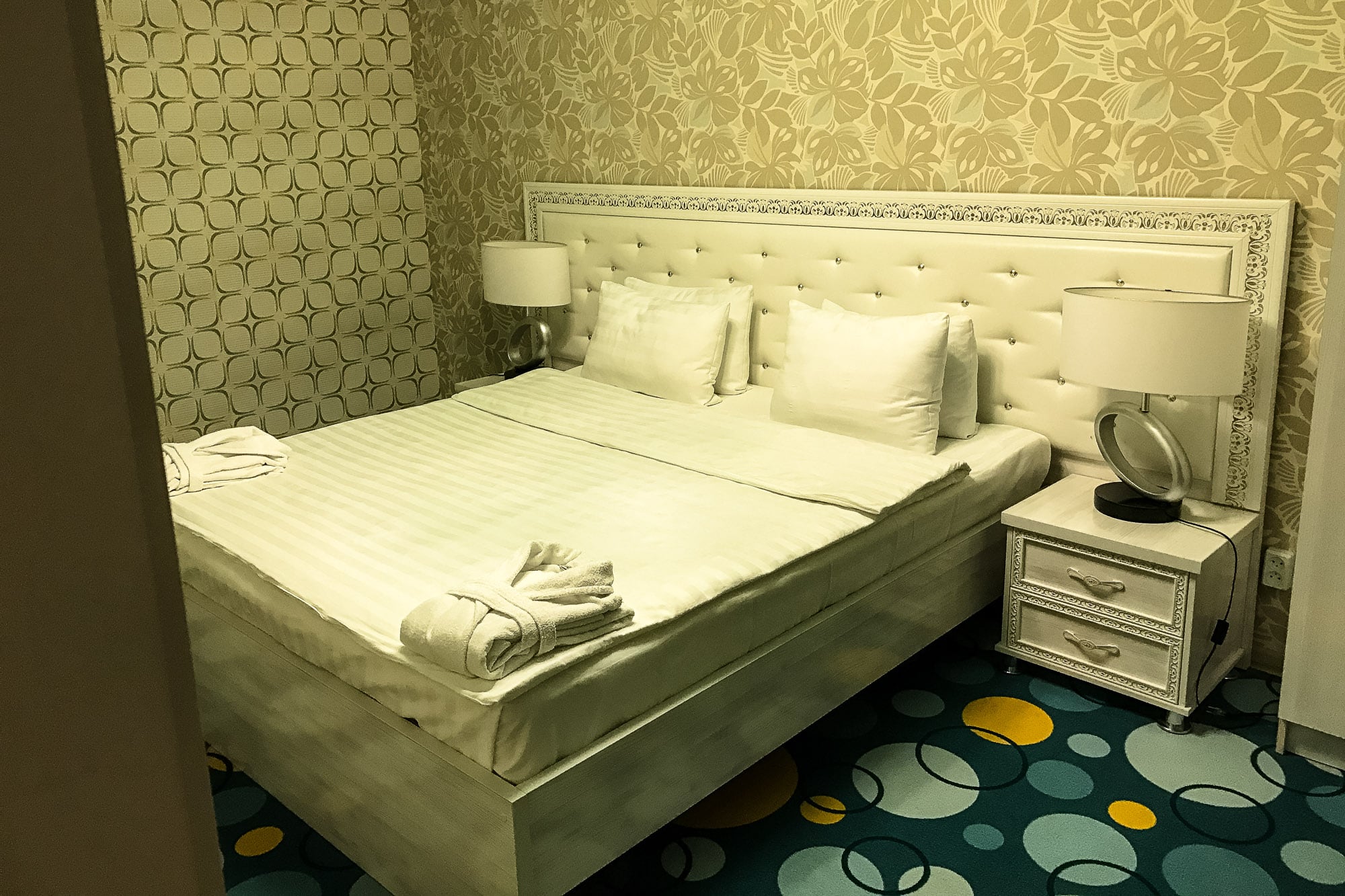 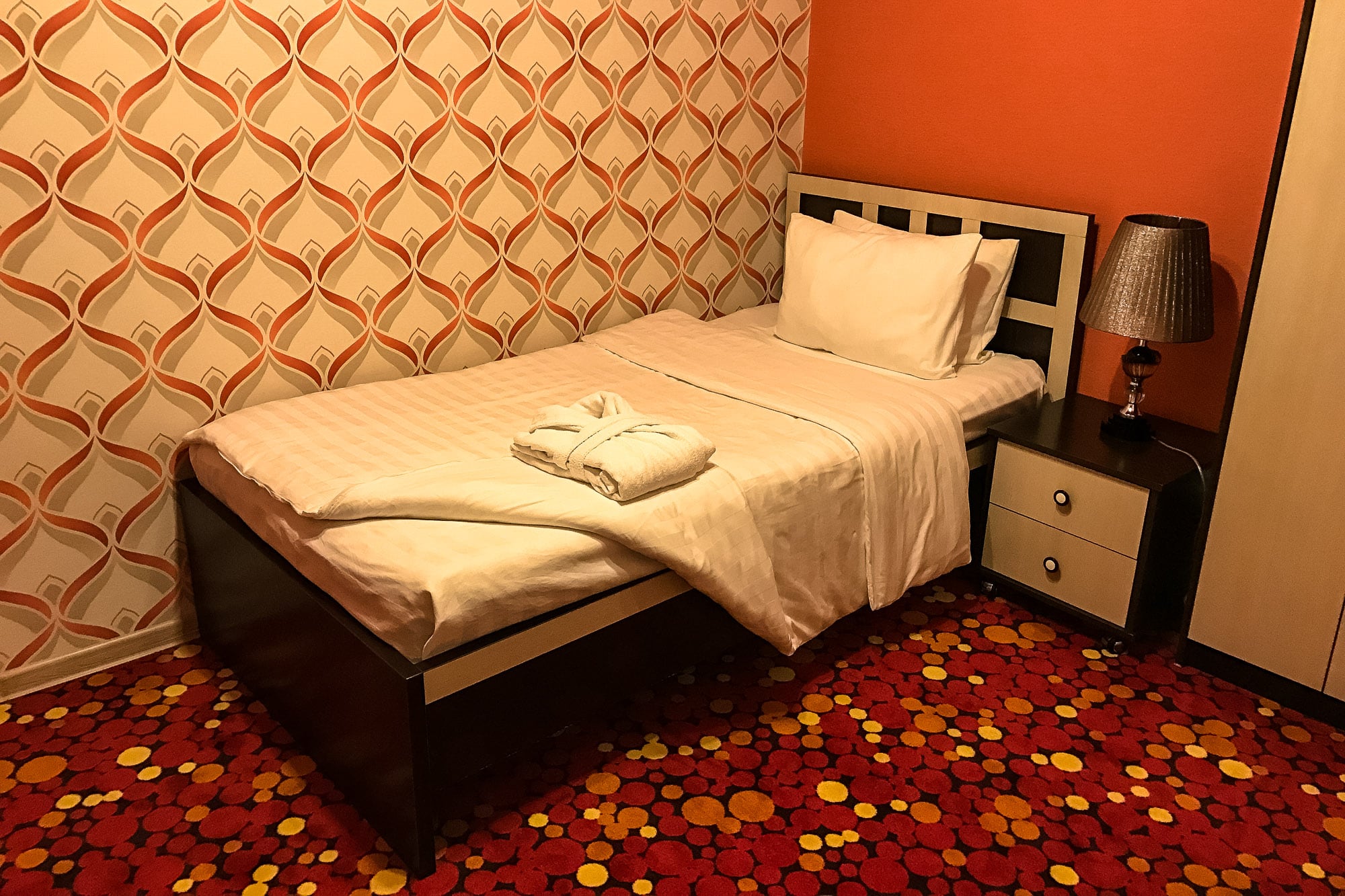 …and an awesome hot shower: 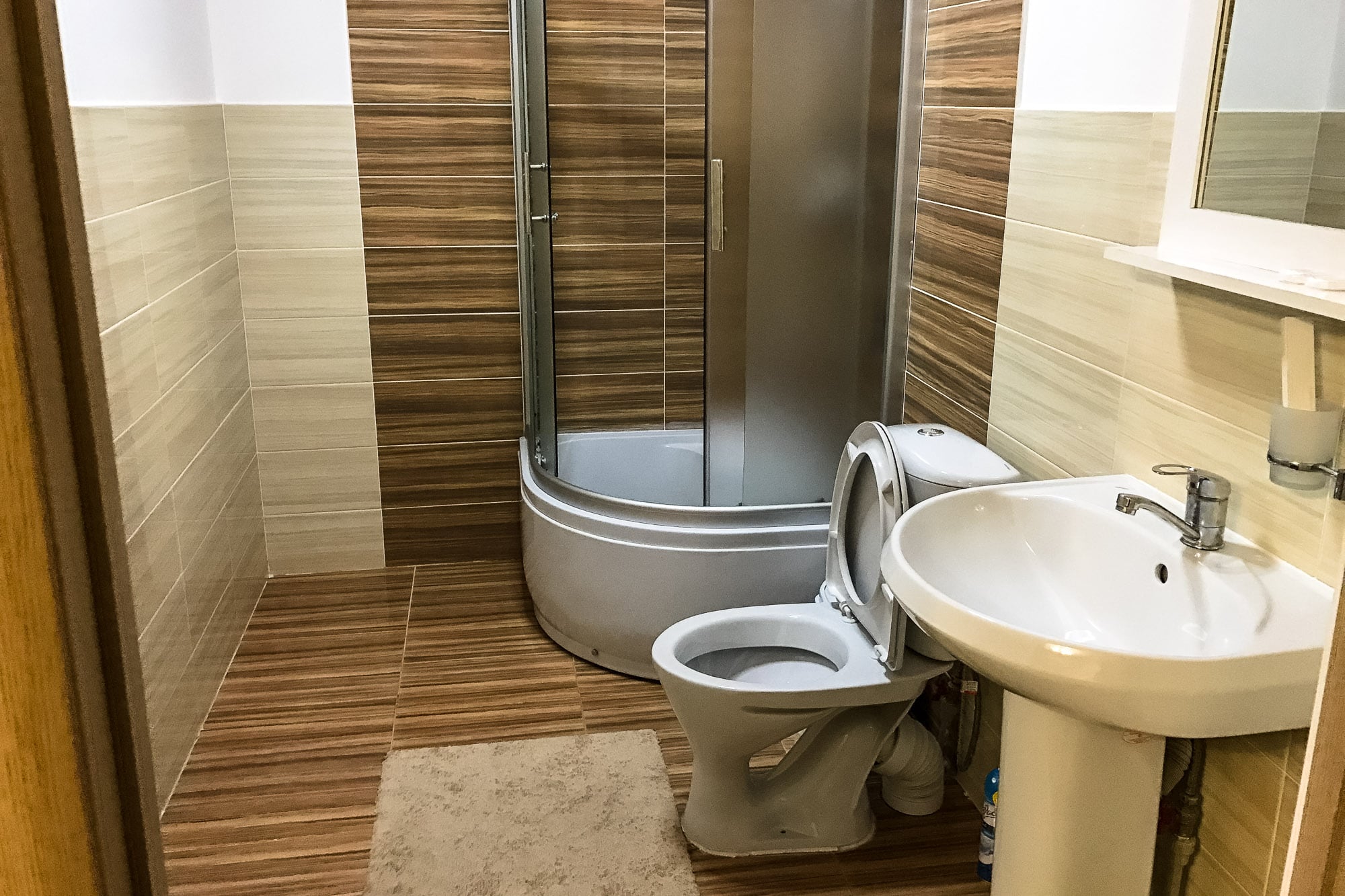 And for some reason the place was less expensive than the regular hotel that I had looked up before.

Oh, and it had the best WiFi ever. I mean ever ever.

When I was brushing my teeth I noticed that my eyes were not looking that good though: 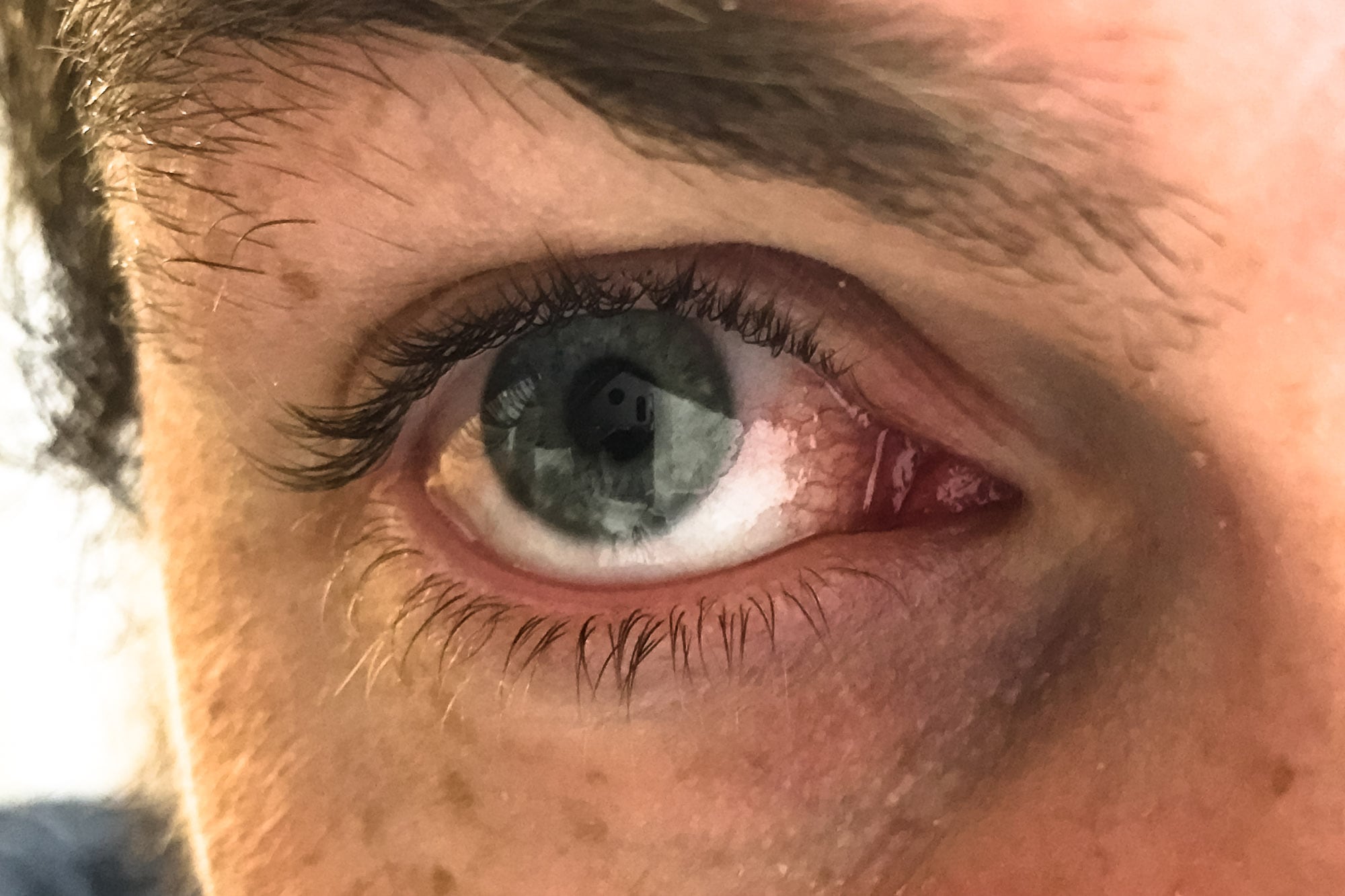 I was probably just tired.

Had a great time in my apartment though:

I had given almost all of my clothes to the hotel laundry, and then I figured it would be a good idea to go outside to buy some winter gear and get something to eat: 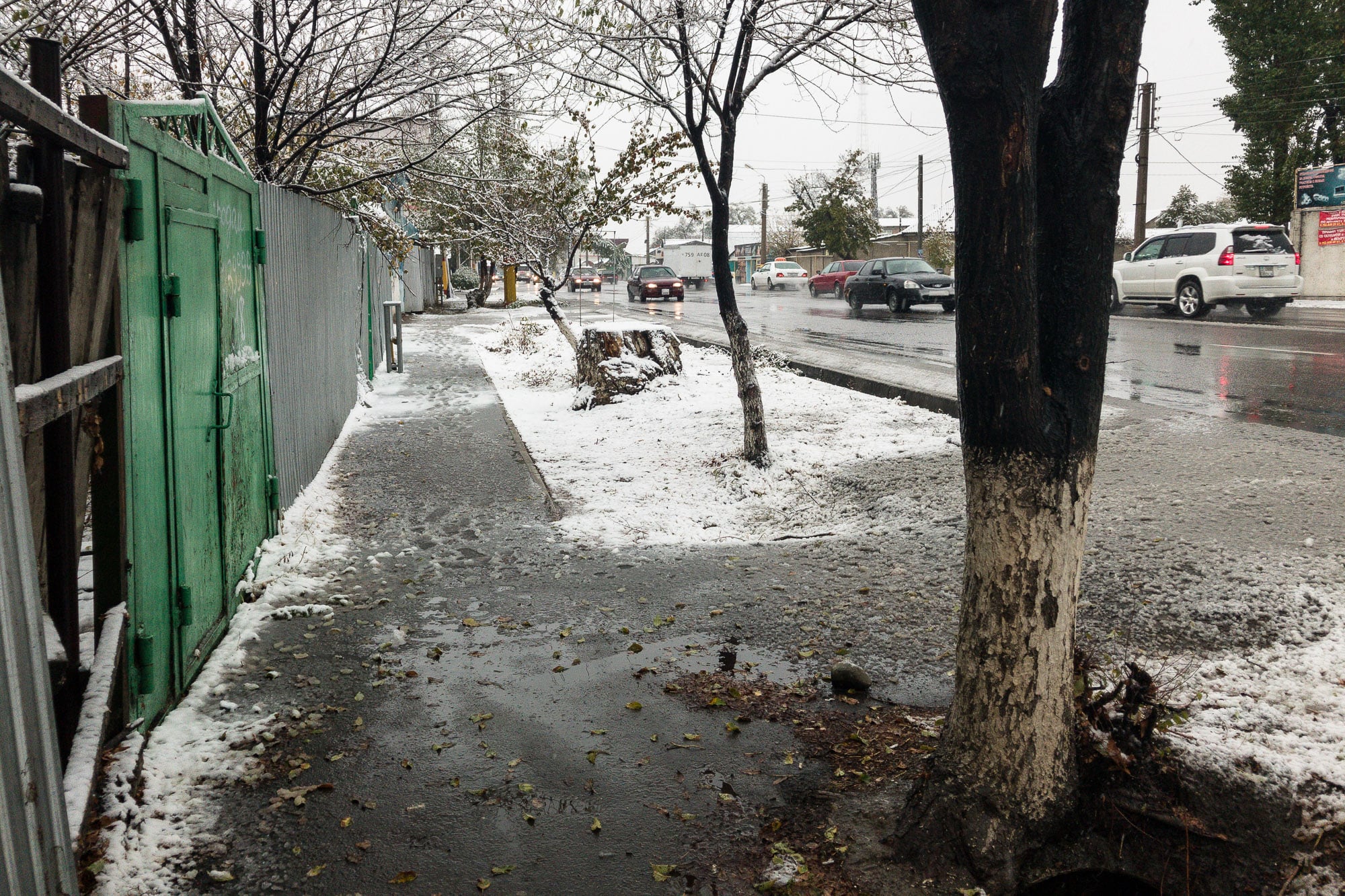 So I walked around in my summer shorts: 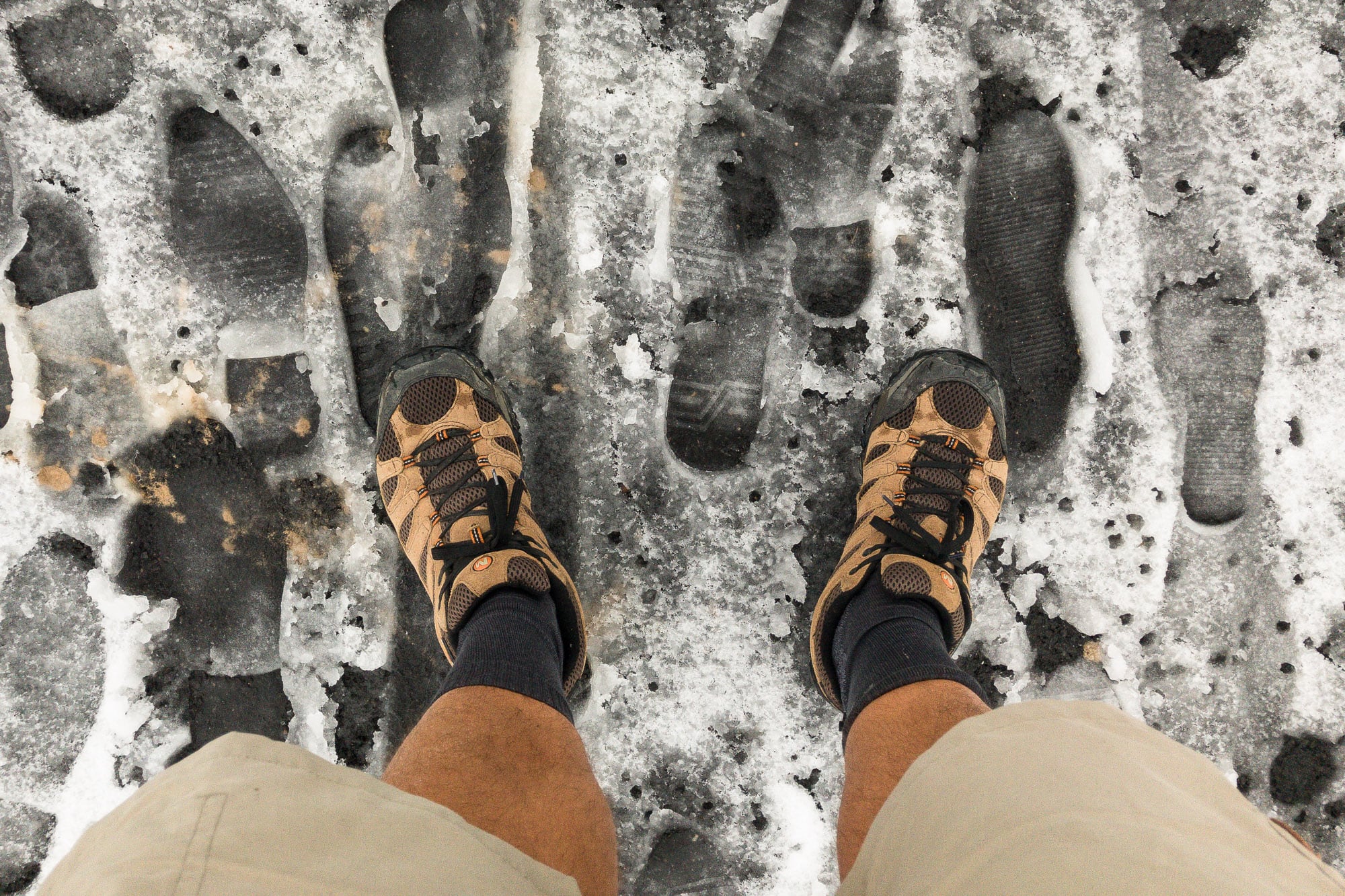 People on the street were pointing at me. Some were apparently giving me thumbs up for being a tough guy, but most of them did what I would have done: they had a laugh.

I did get my winter stuff though – a wool hat, a scarf and thick gloves.

Then I went back to the restaurant/discotheque and had dinner and some nice hot Tashkent Tea: 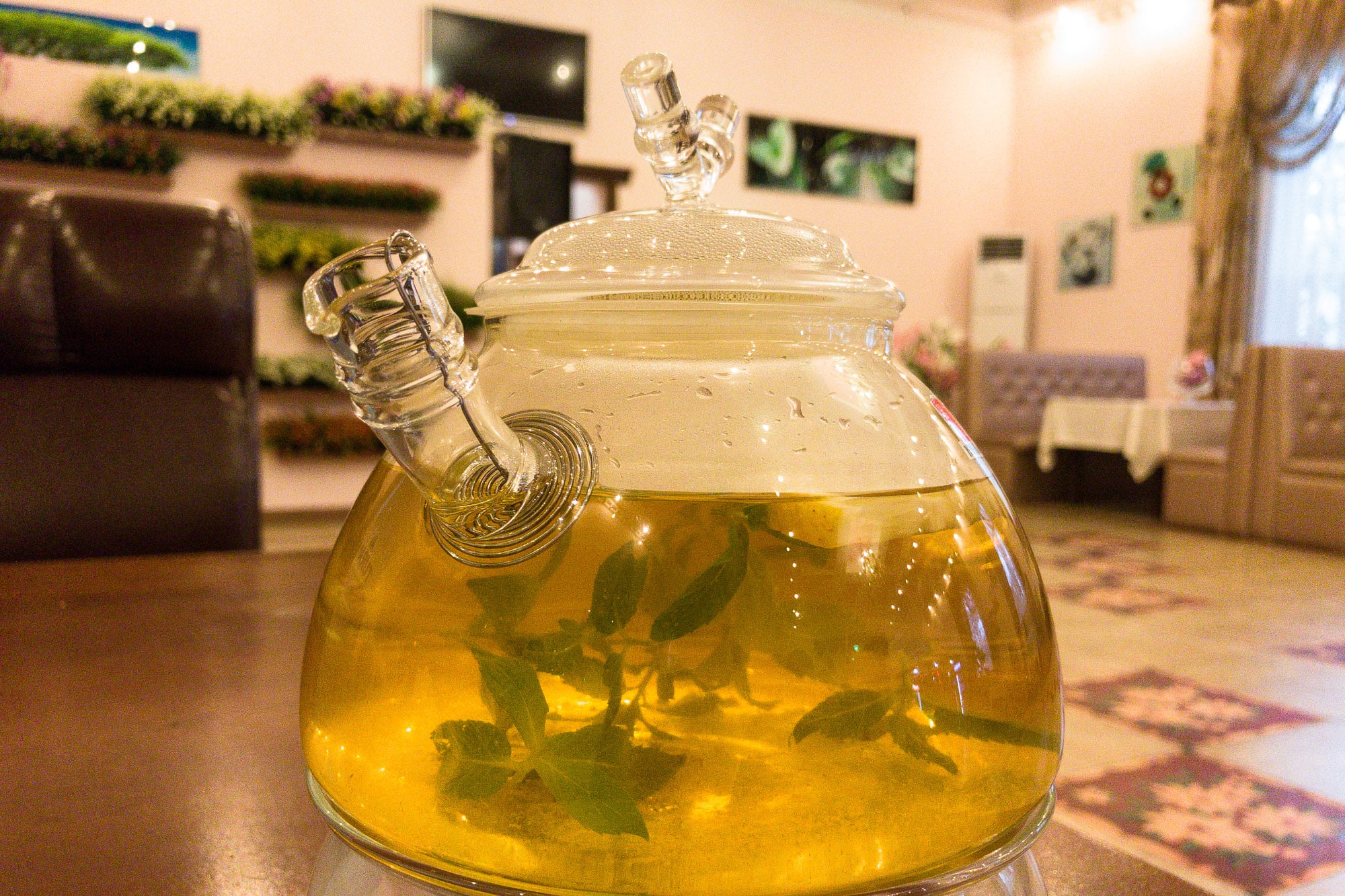 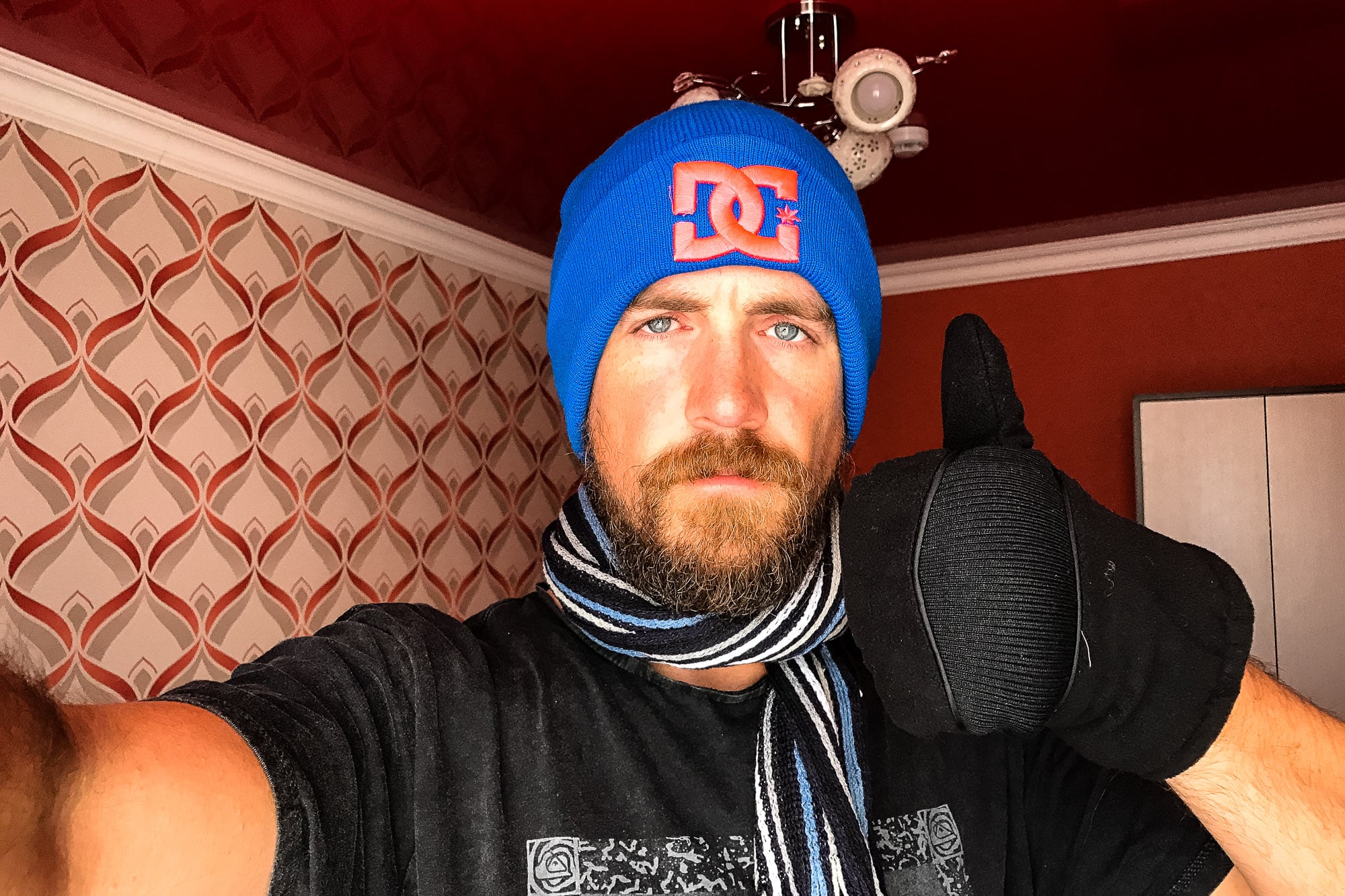