Got going in the early morning:

I was looking at white mountains in the distance: 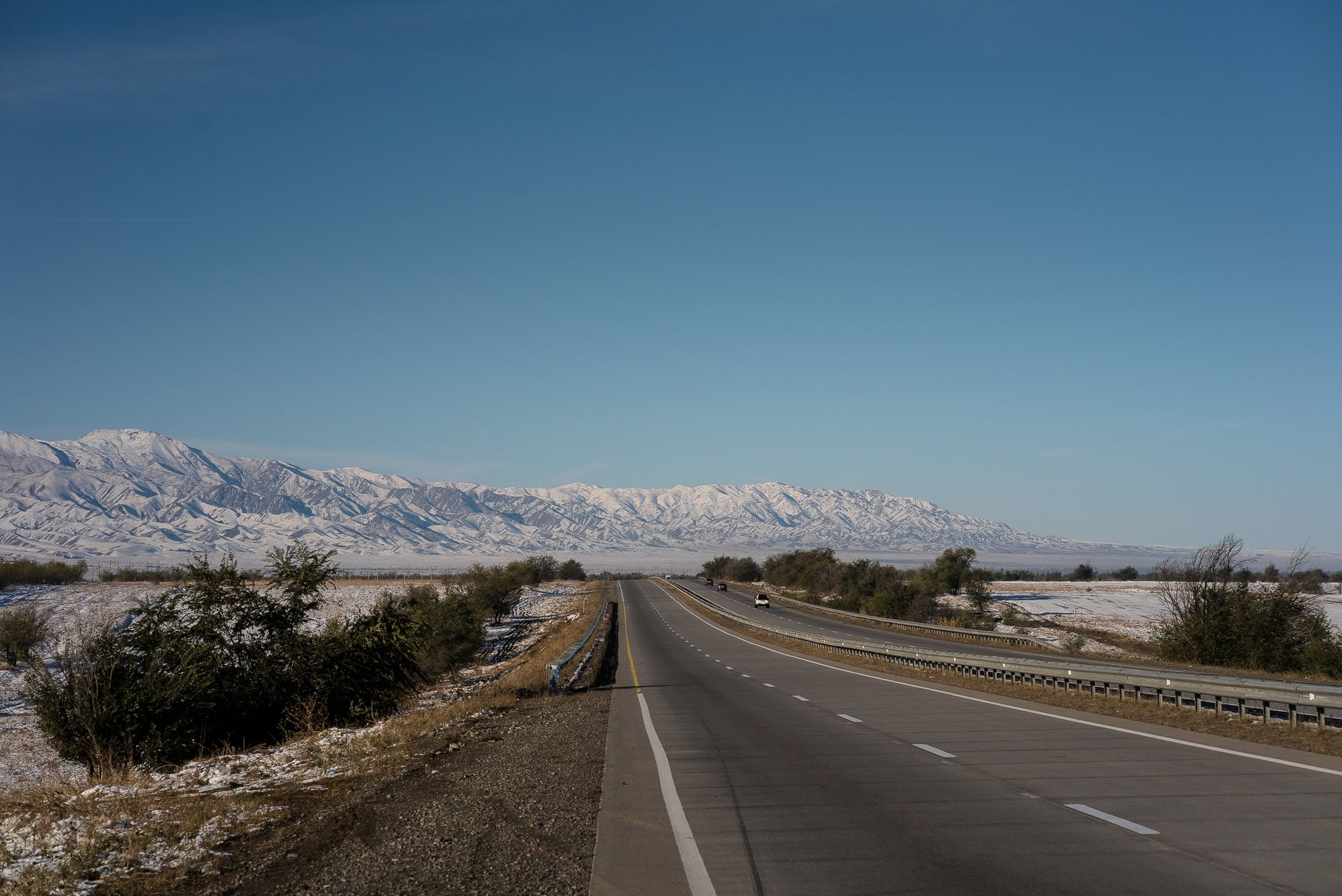 And at a snowy expanse at my side: 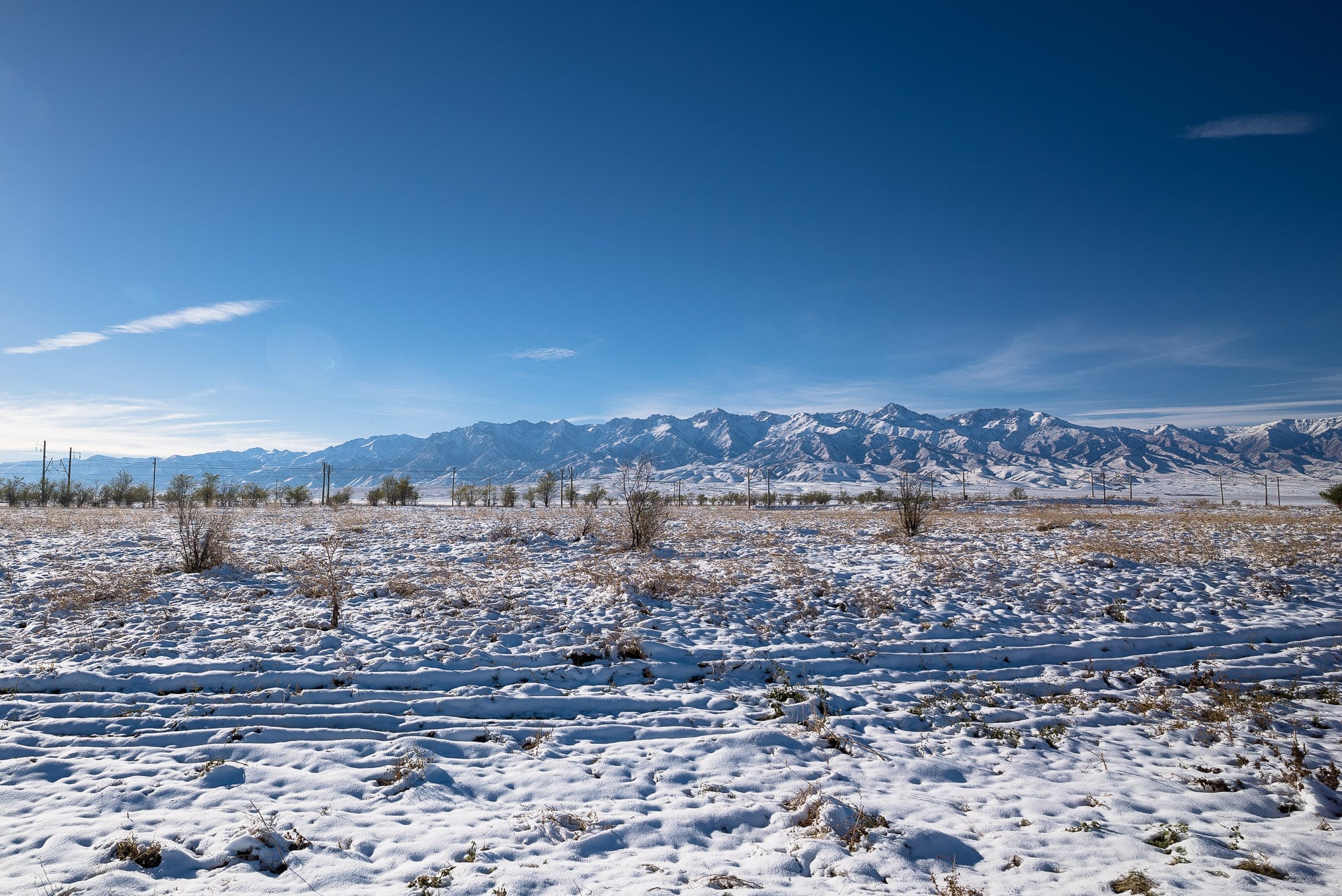 At one point, I ran into Chalymzhan, who was driving a herd of sheep next to the road: 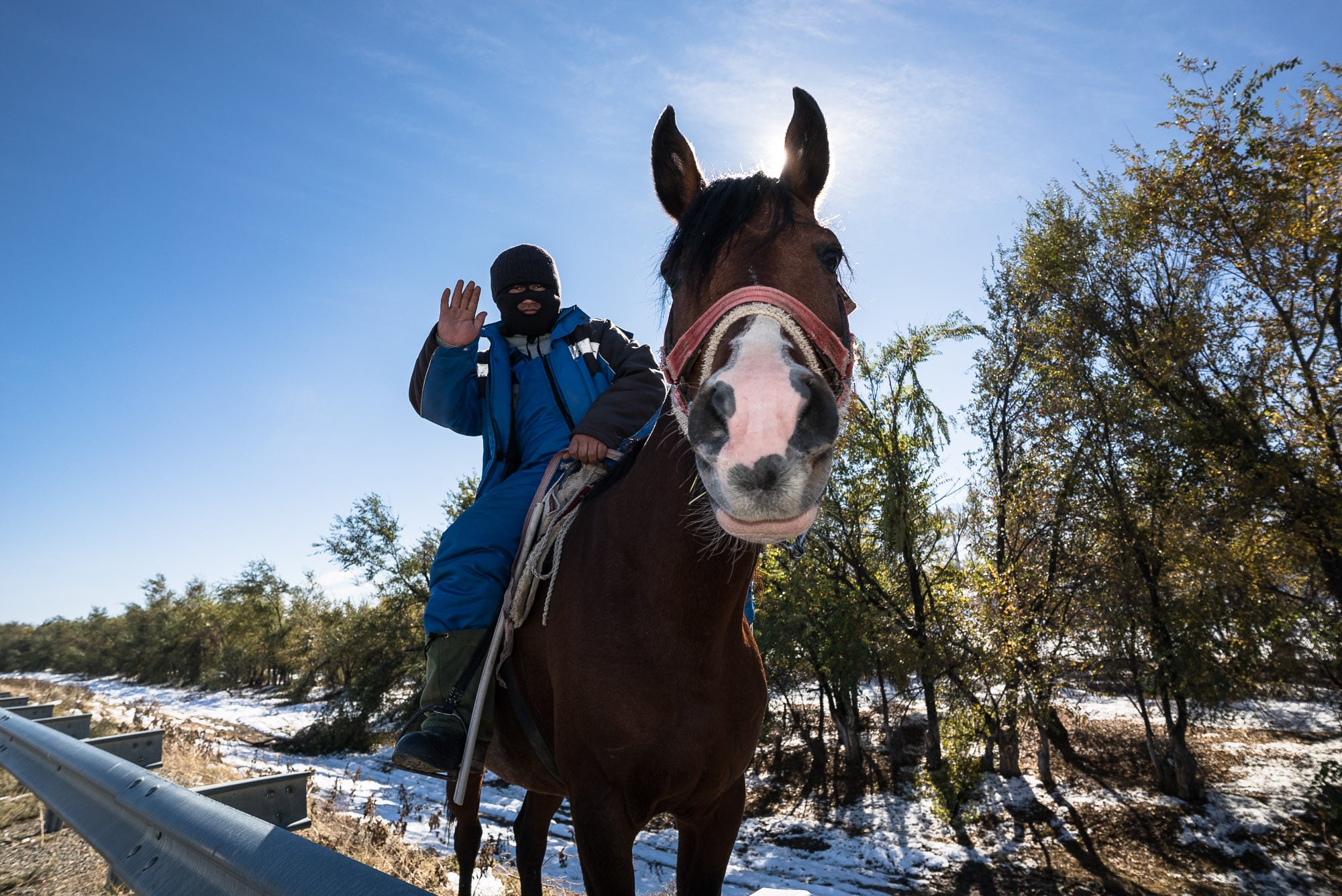 We took a photo together with his horse, a beautiful creature that was not scared of me or the camera: 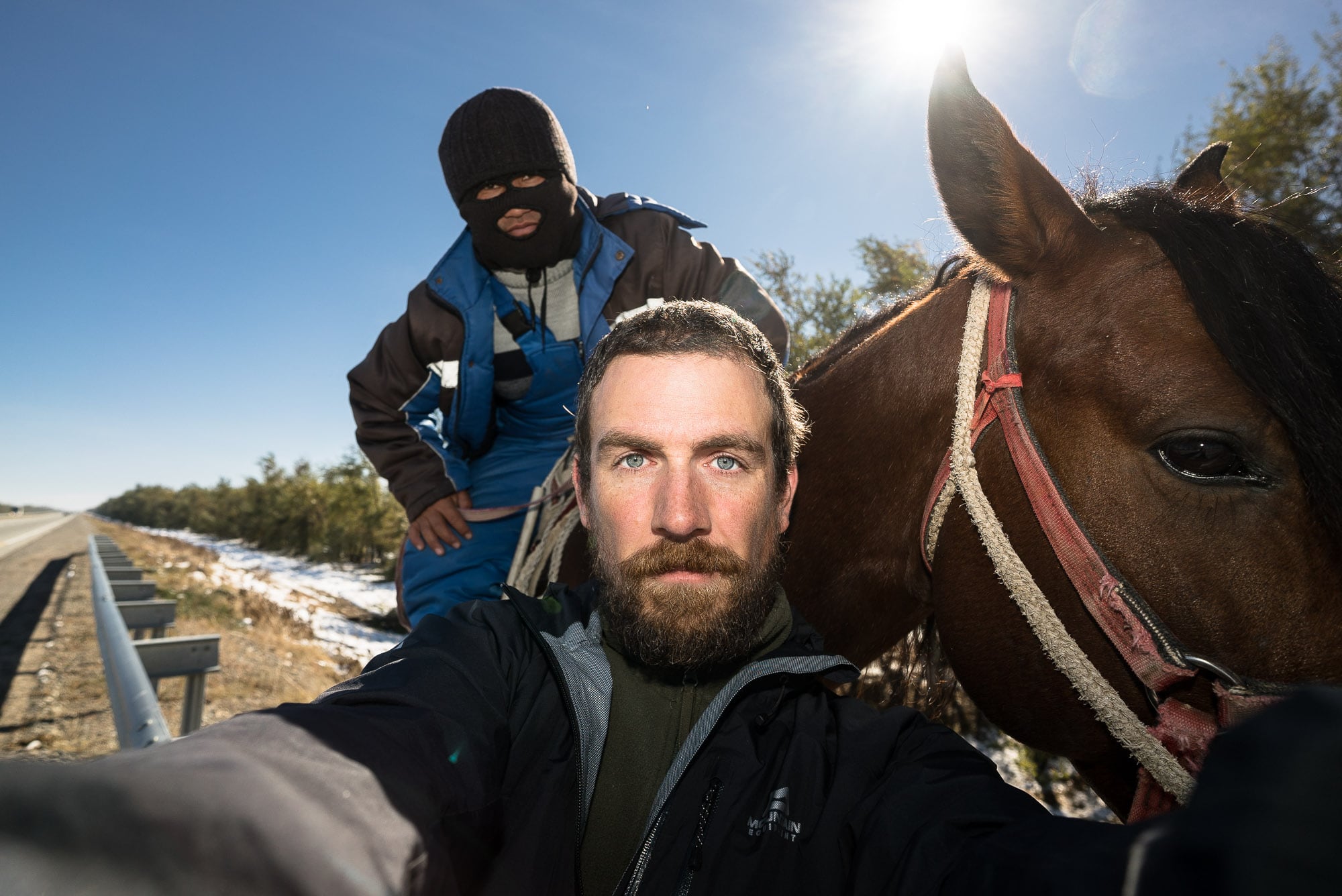 Chalymzhan told me he liked to take his horse out to play kokpar, a rough riding game where players try to get a goat carcass and place it in a goal.

You need a tough horse for that kind of sport.

I only had my Caboose.

I walked on the main highway for a long time, but I eventually got bored with it and left for this road as soon as I saw it: 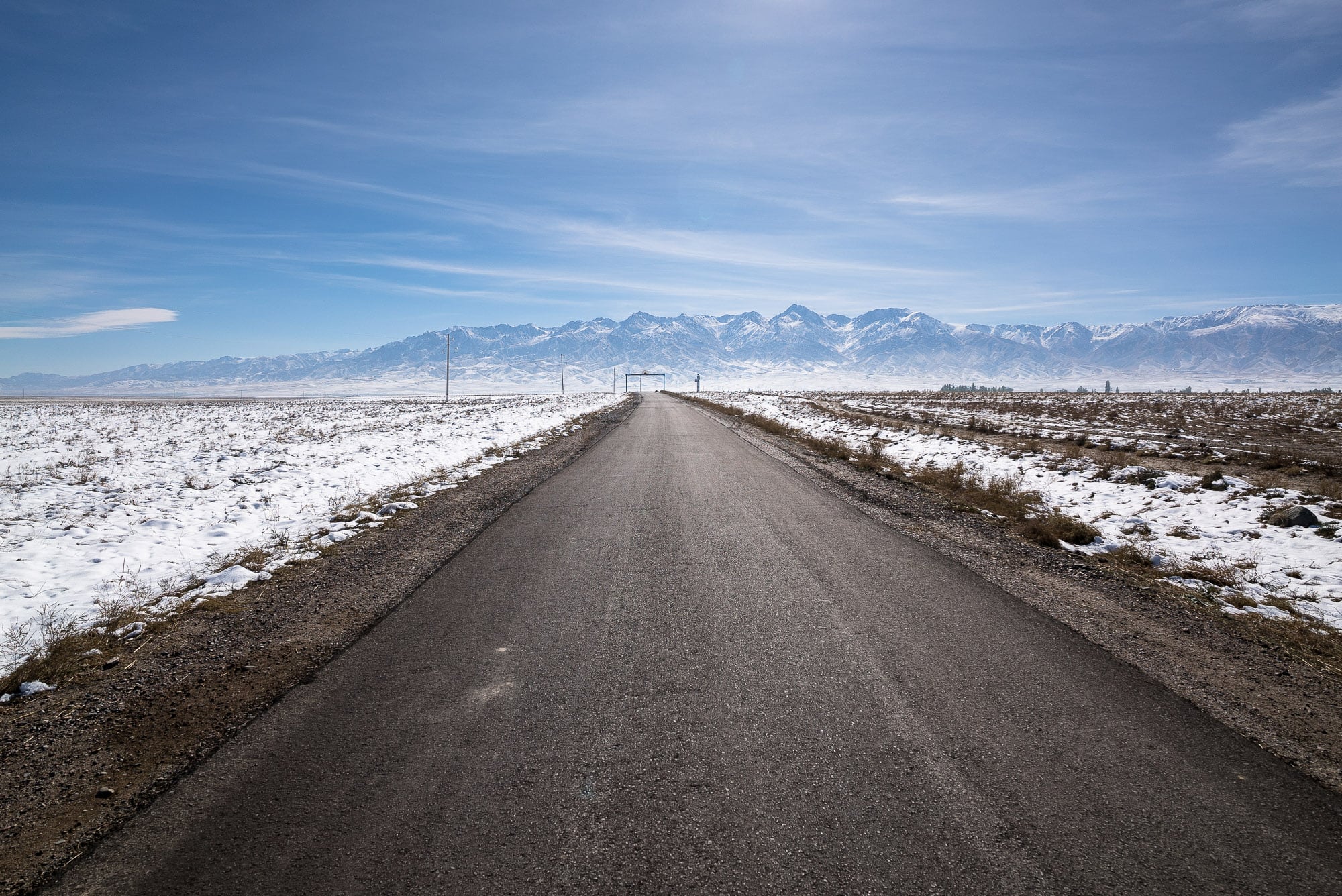 Took a picture there: 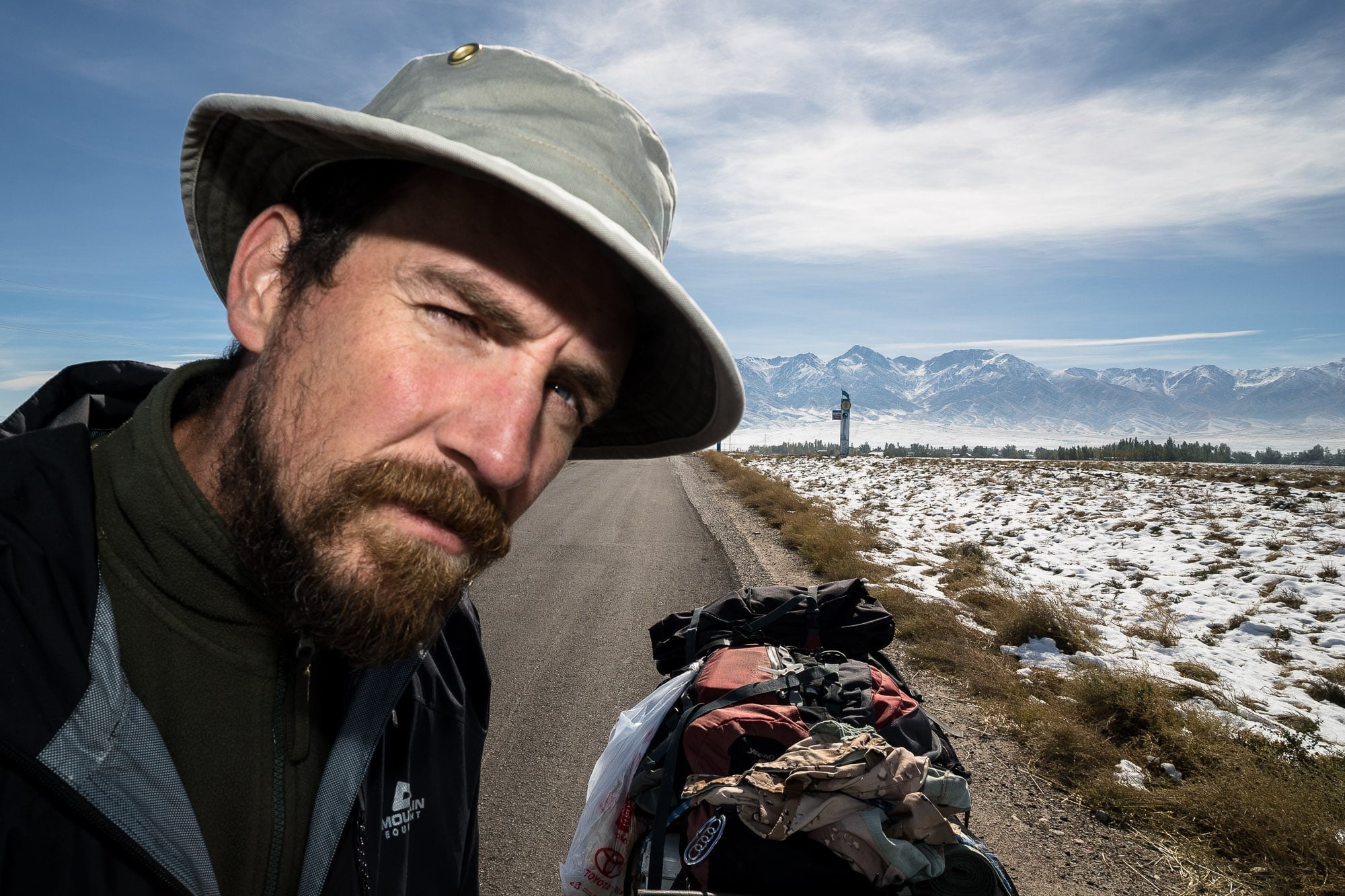 And found a place to sit down, have some cookies and wait for the cameras to shoot time-lapse videos of the place:

One of the videos turned out alright, too:

I took another Let’s Walk video after that, because I liked the quietness of the village road:

And here’s the beer bottle picture I was talking about in the video: 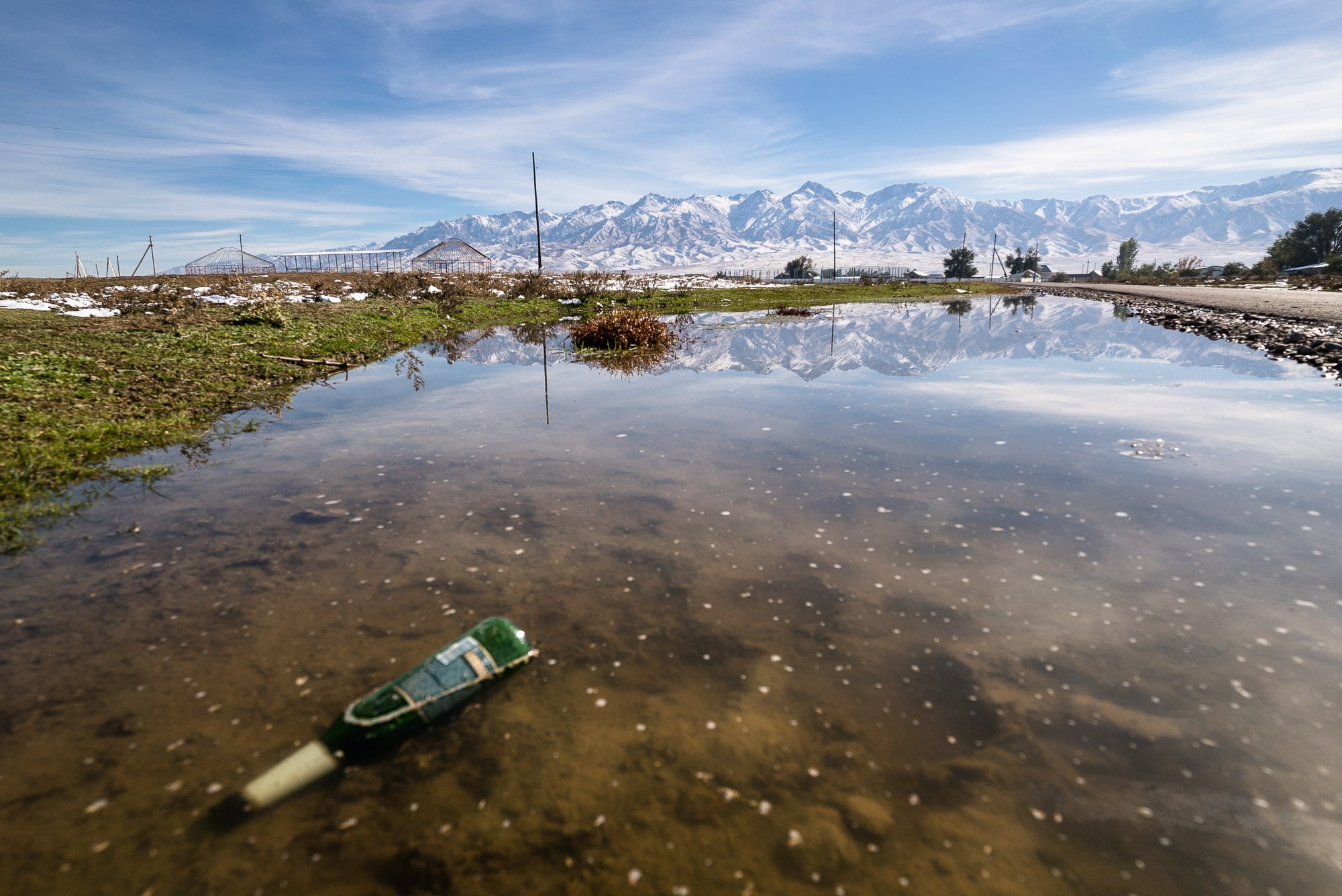 It goes to show you that you shouldn’t film and take photographs at the same time.

Walked past some graves that were rather beautiful: 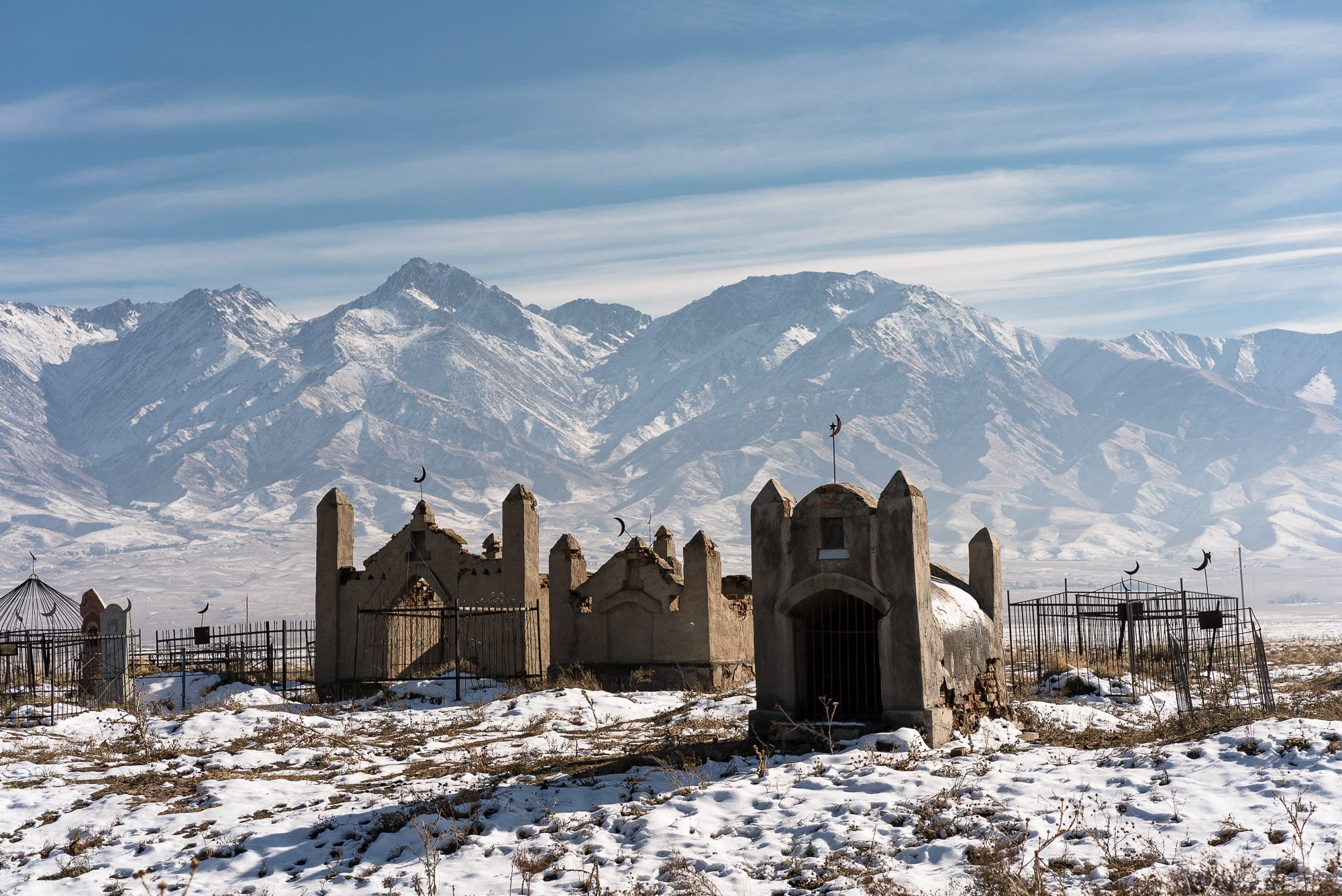 Some dudes appeared. They seemed drunk and happy: 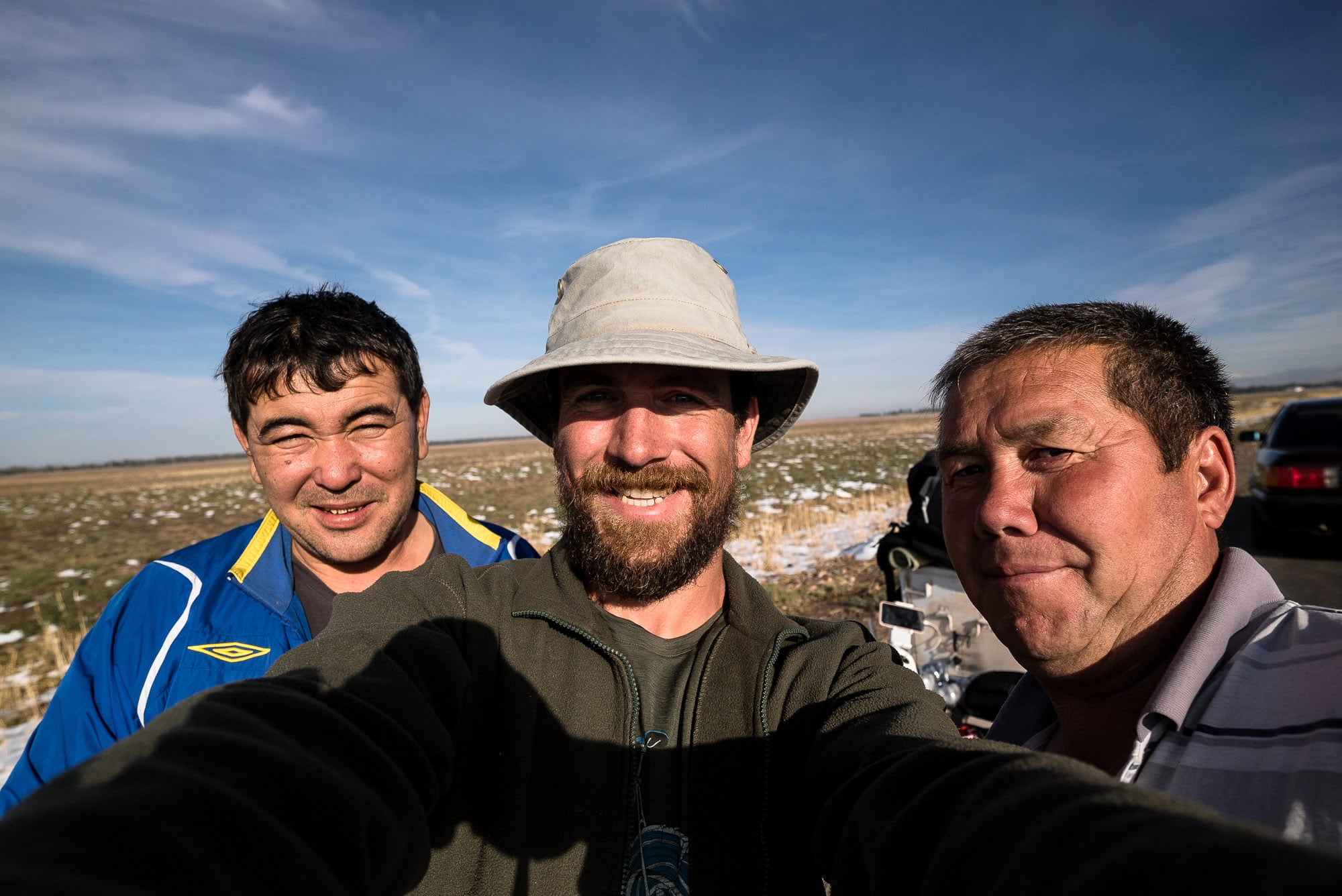 And then this other dude came running along and became my walking partner for a kilometer or so: 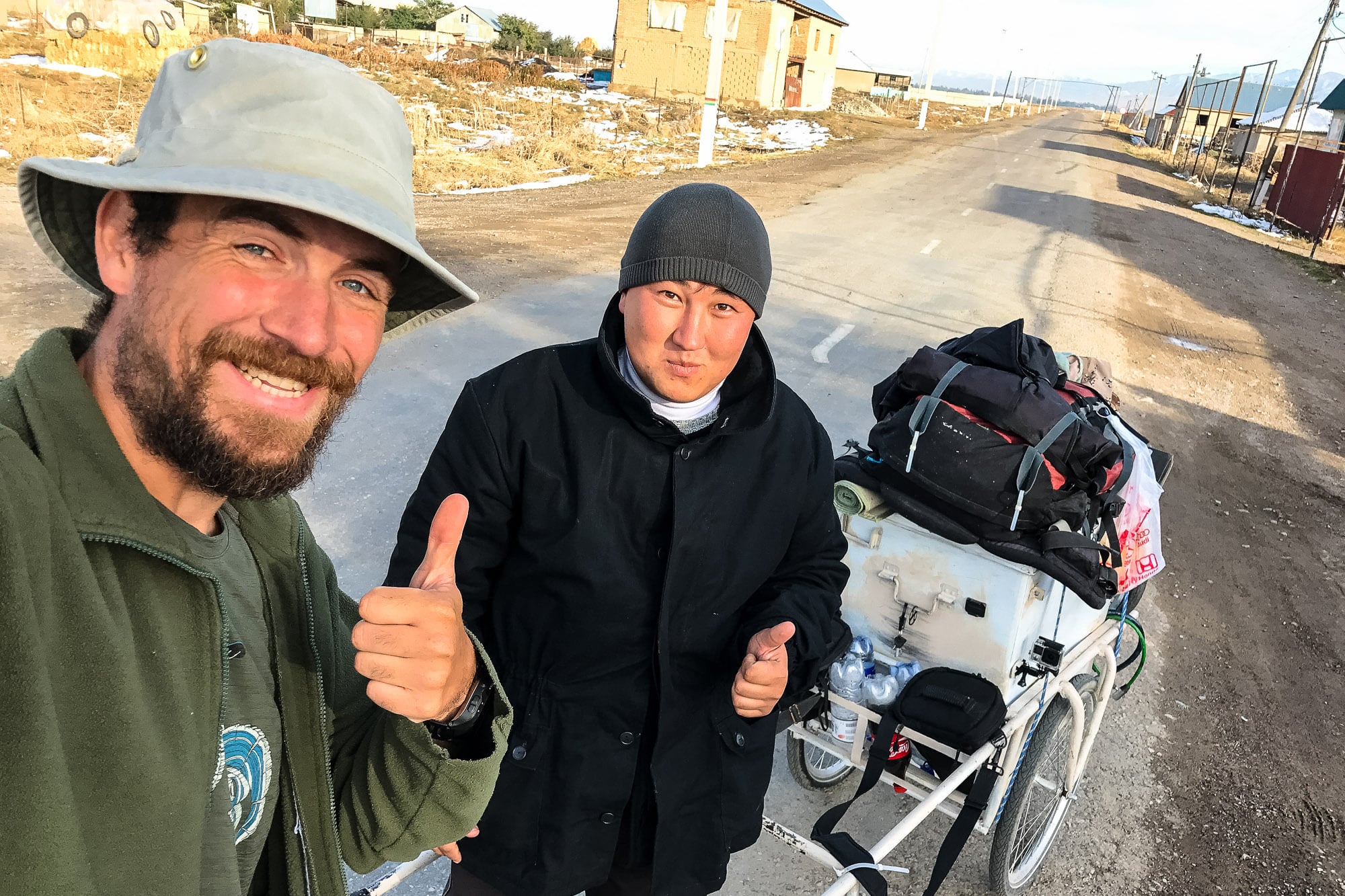 Then I reached the village of Akyrtobe: 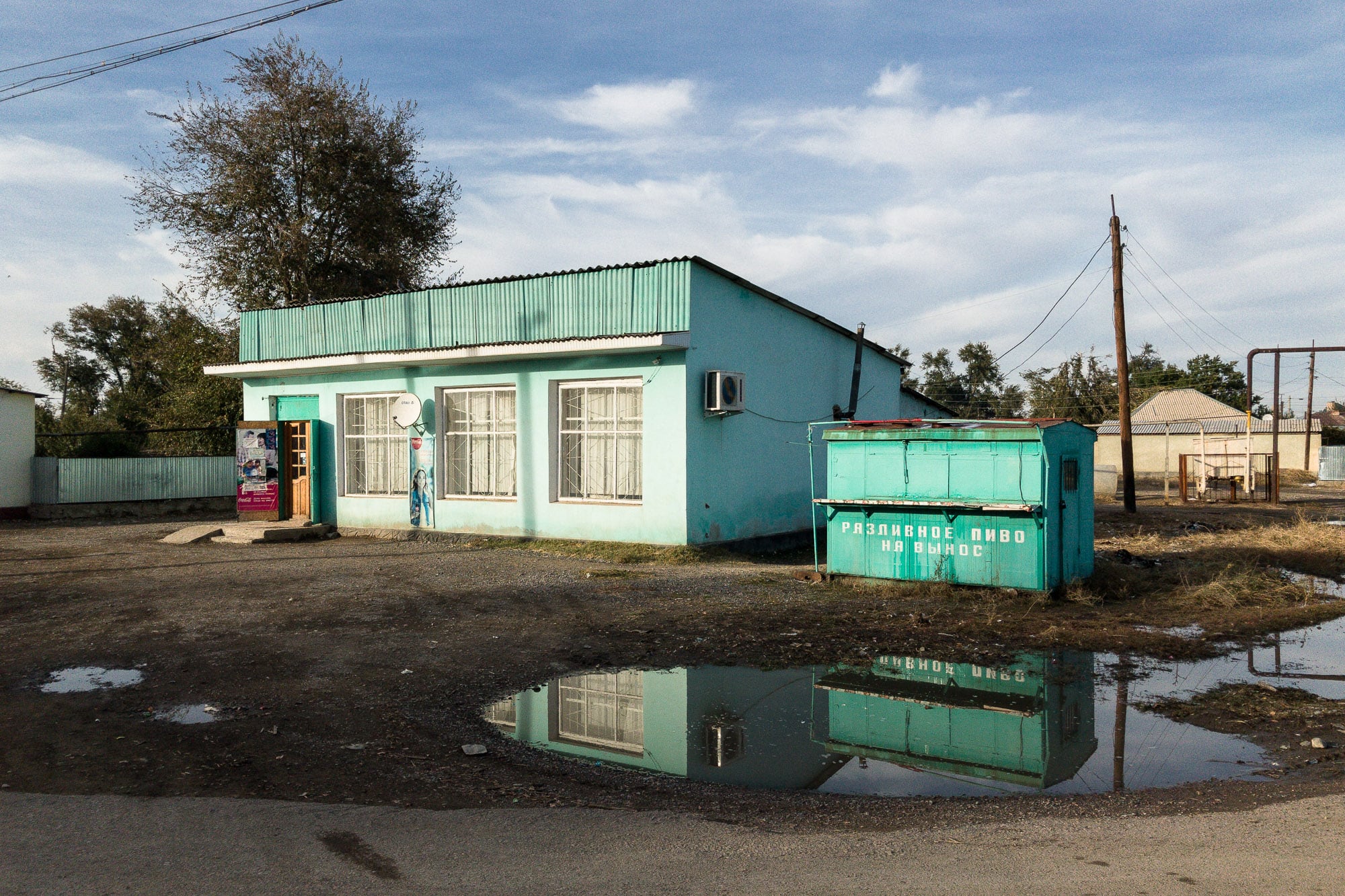 This guy drove his car next to me for about twenty minutes to show me the way back up to the main road, where the restaurants and shops were: 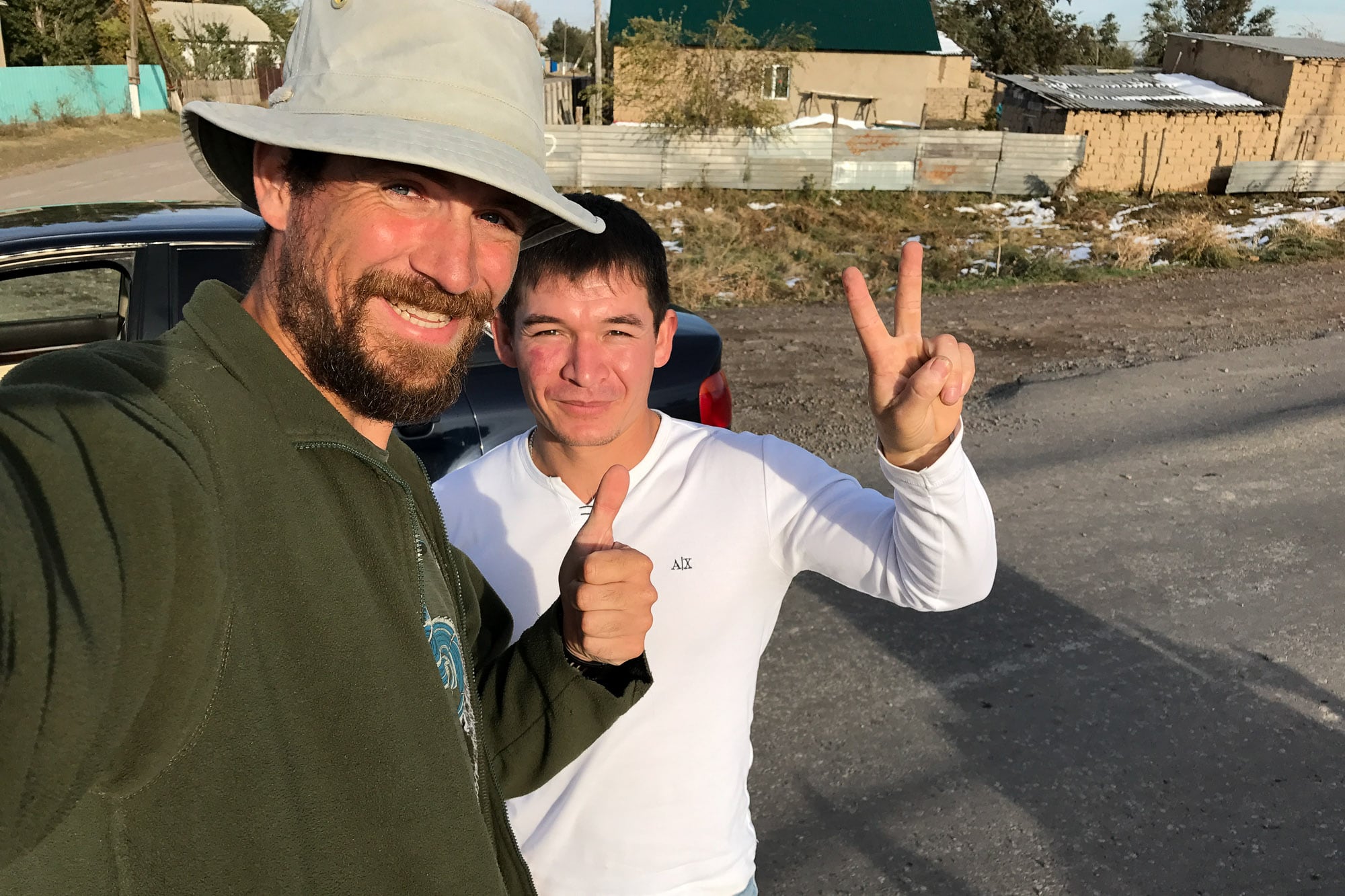 And eventually I found them:

I stayed at this restaurant: 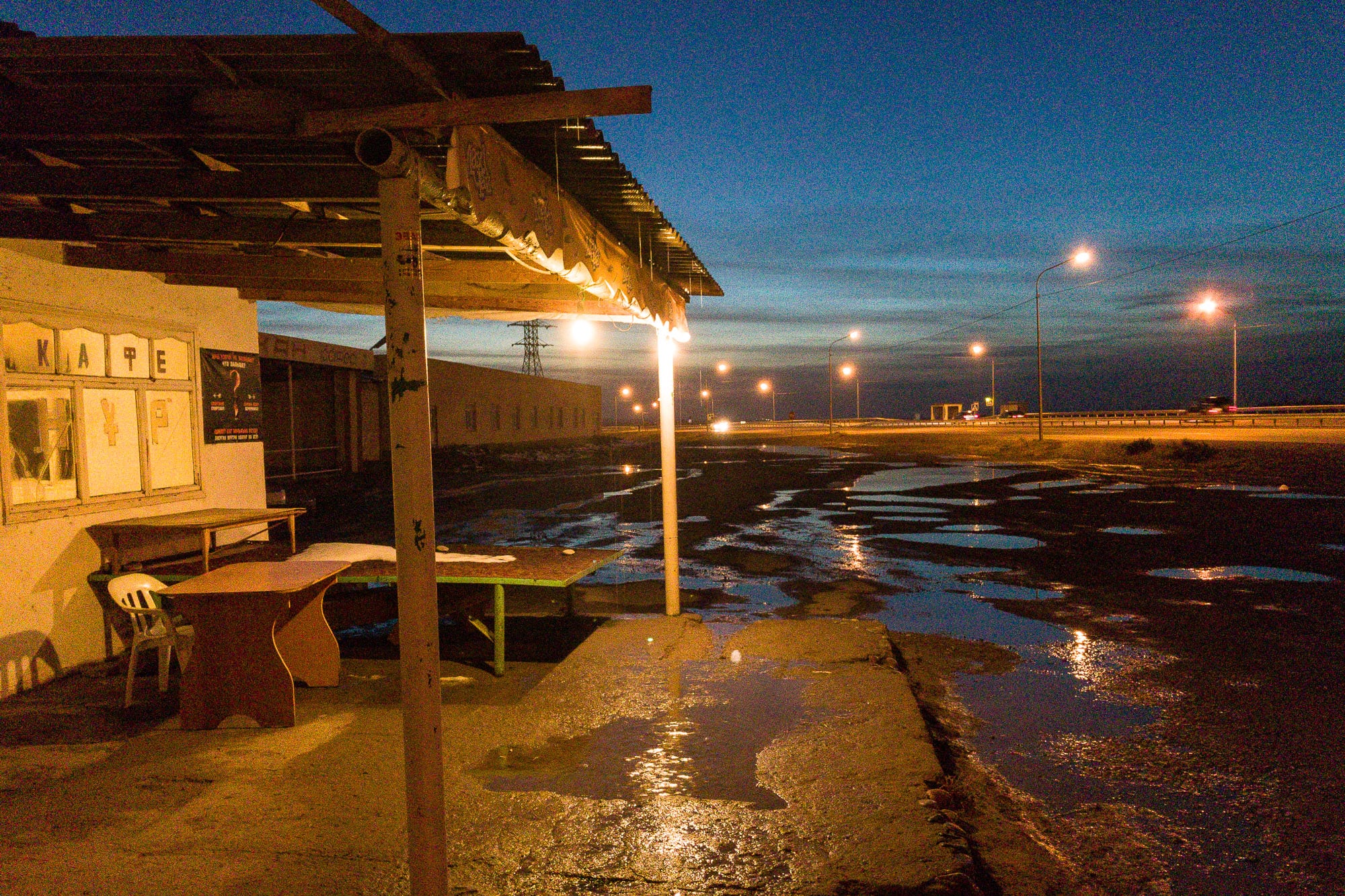 Though it wasn’t exactly in this restaurant, but in another one right next to it, one that had apparently been abandoned (though the lights still worked and there was a dude staying in there who took me in): 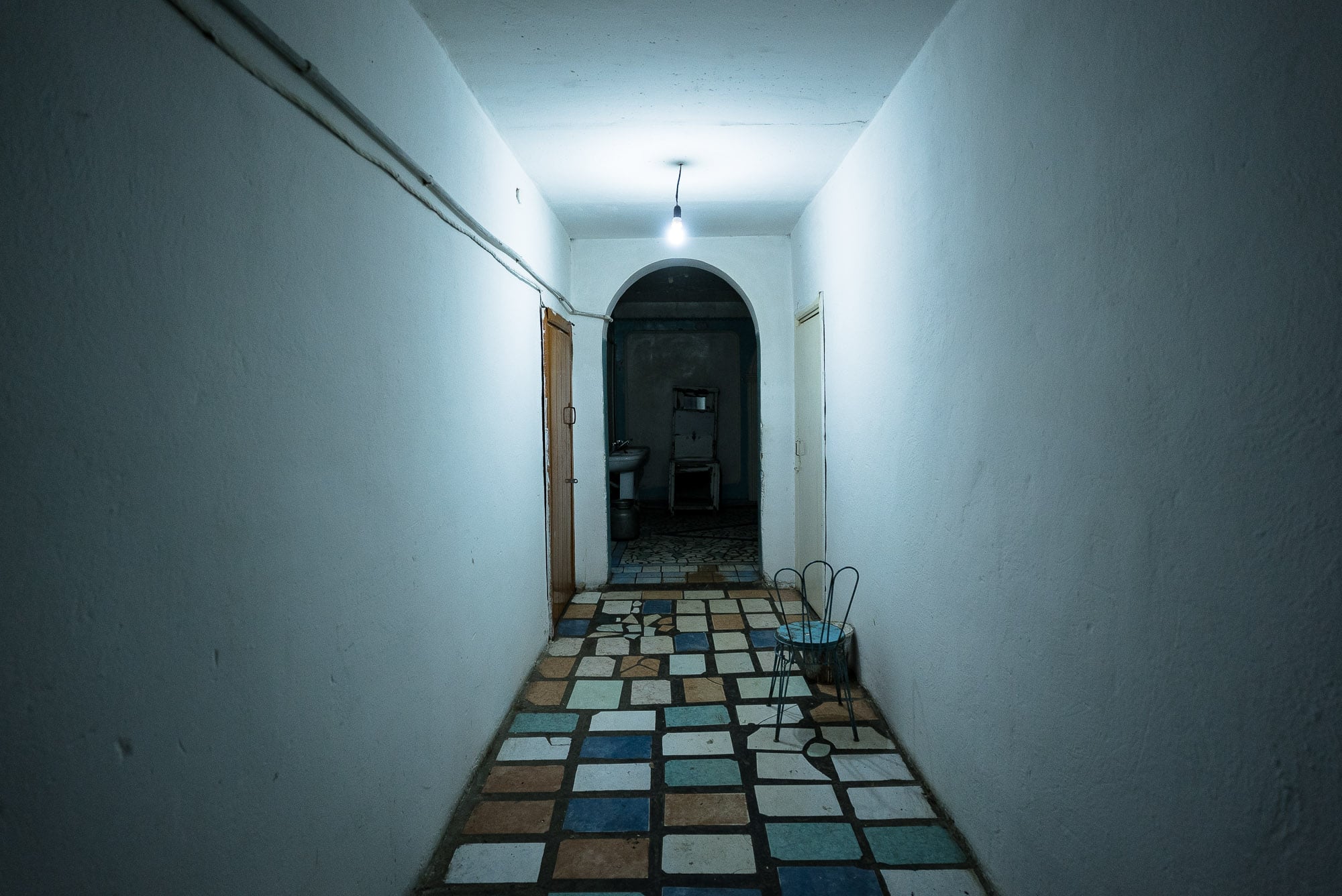 My room was behind this door: 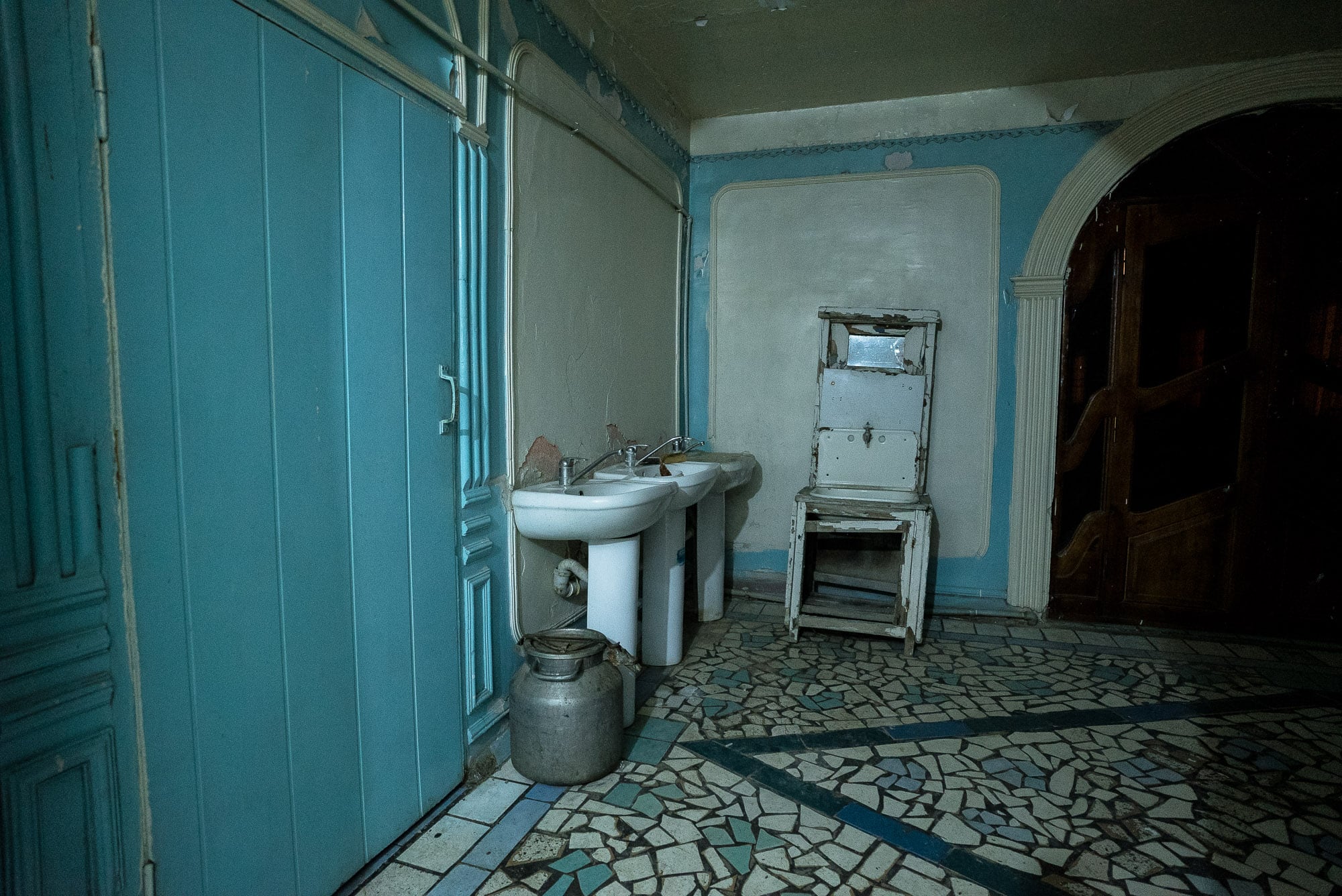 When everything was settled I went out and took a time-lapse of the restaurant that was still working:

And while I was doing this I noticed that there was a dead dog laying just next to the door of the building where I was staying: 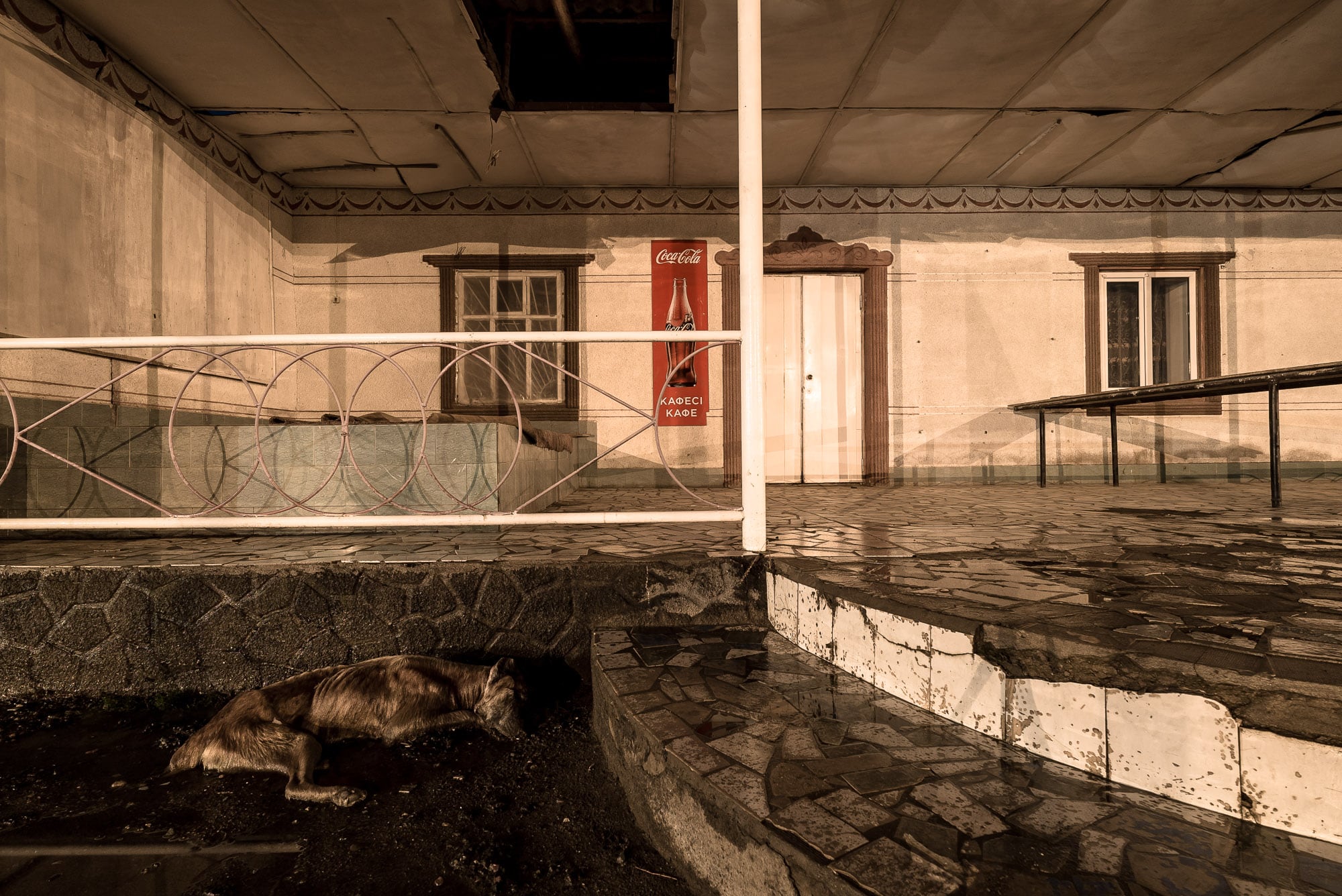 I had seen many dead animals on the road before.

But this one made me sad.