The time-lapse thingy from the night before turned out okay:

I got on the road at around eight, and I took a shadow selfie when I did: 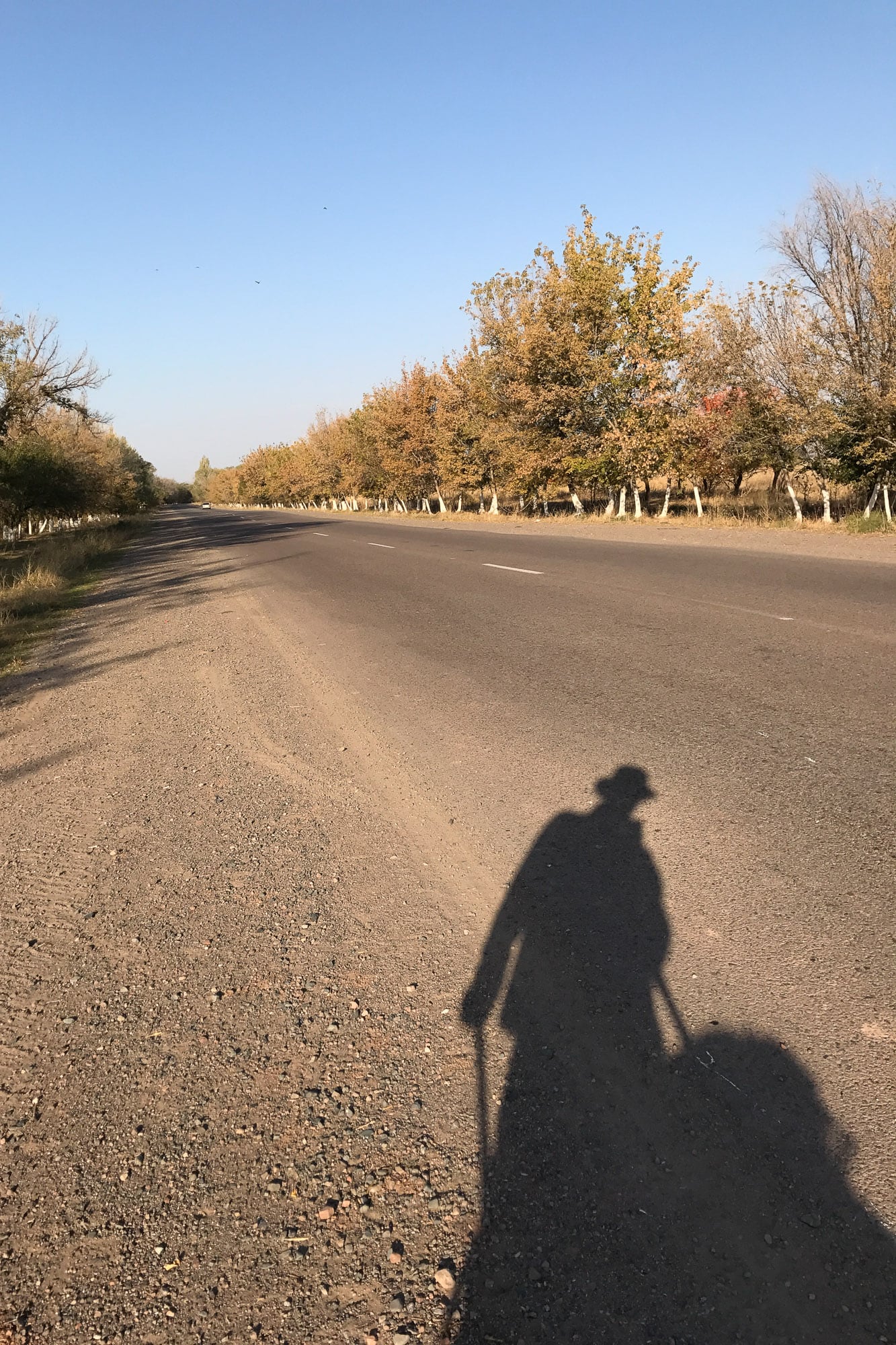 …which was later outdone by a bunch of people on social media. It seems as though almost everybody is better at this than I am.

It was going to be a short and easy walk today: 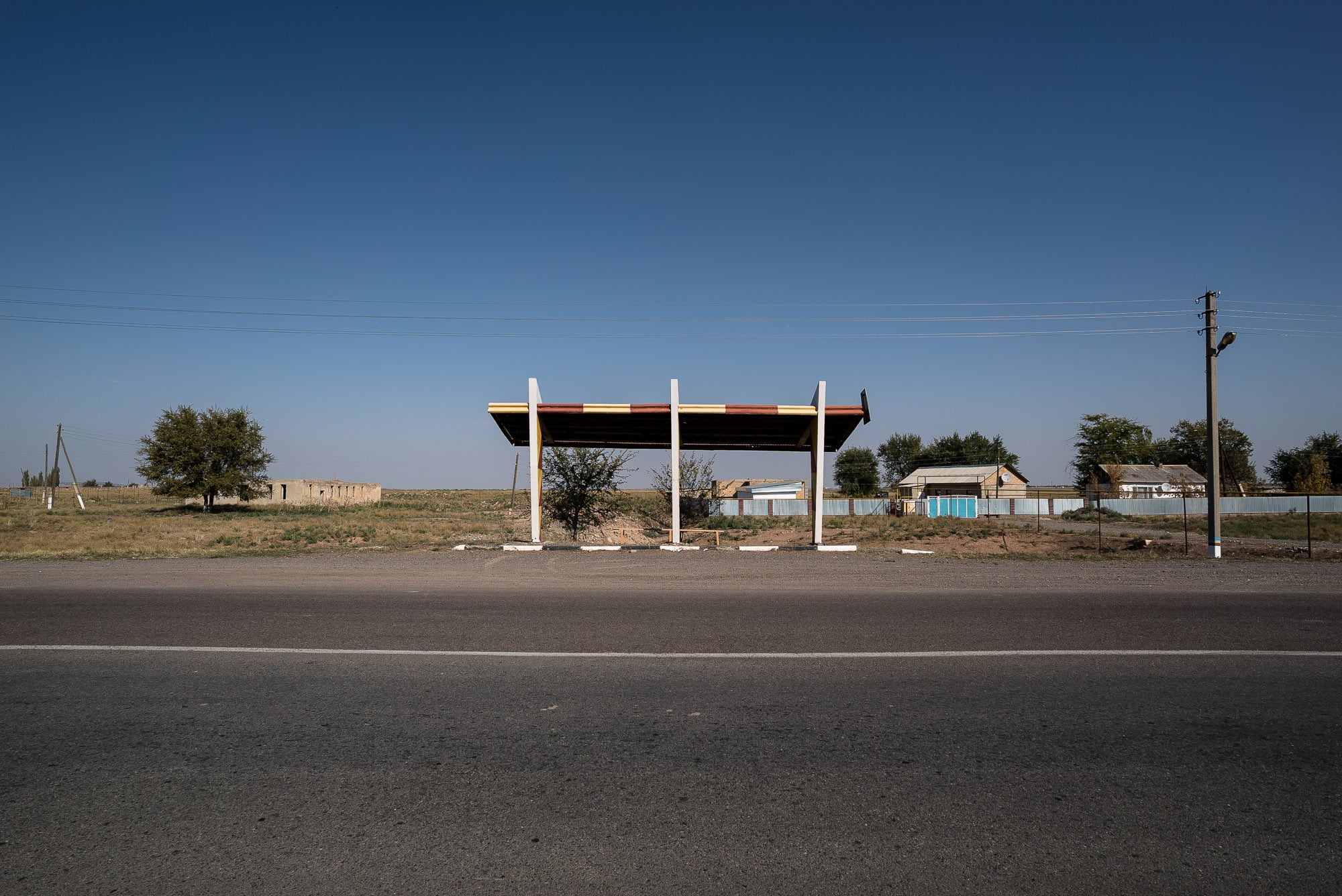 I had a stupid conversation with someone right when I started walking:

Then later I ran into this friendly dude who worked as a veterinarian in the area: 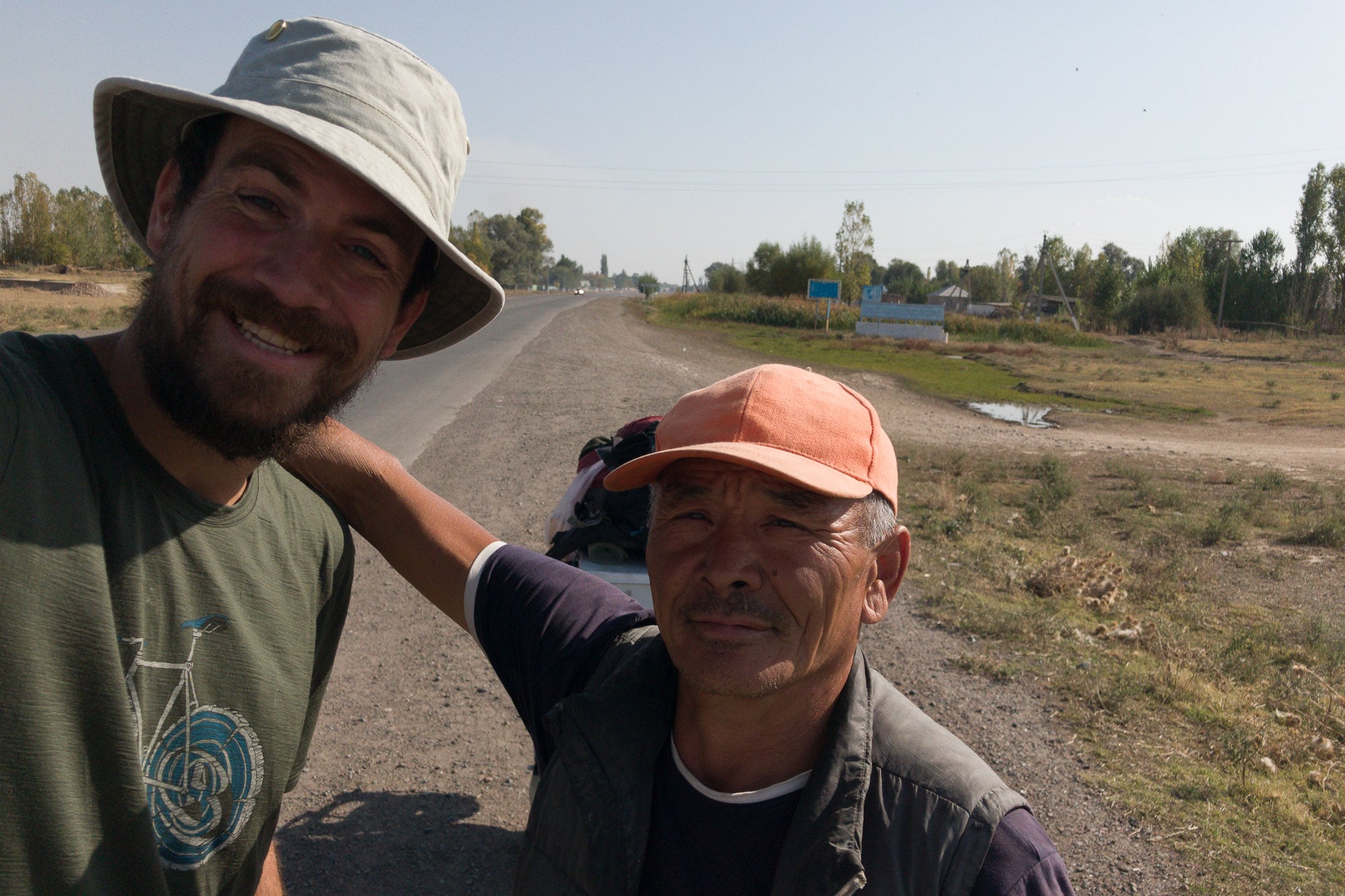 I got out the drone in a little village just to kind of give you an impression of what it’s like out here:

Anyway, I arrived in Kulan around noon. There was a restaurant on the way, but I decided to get to a room first: 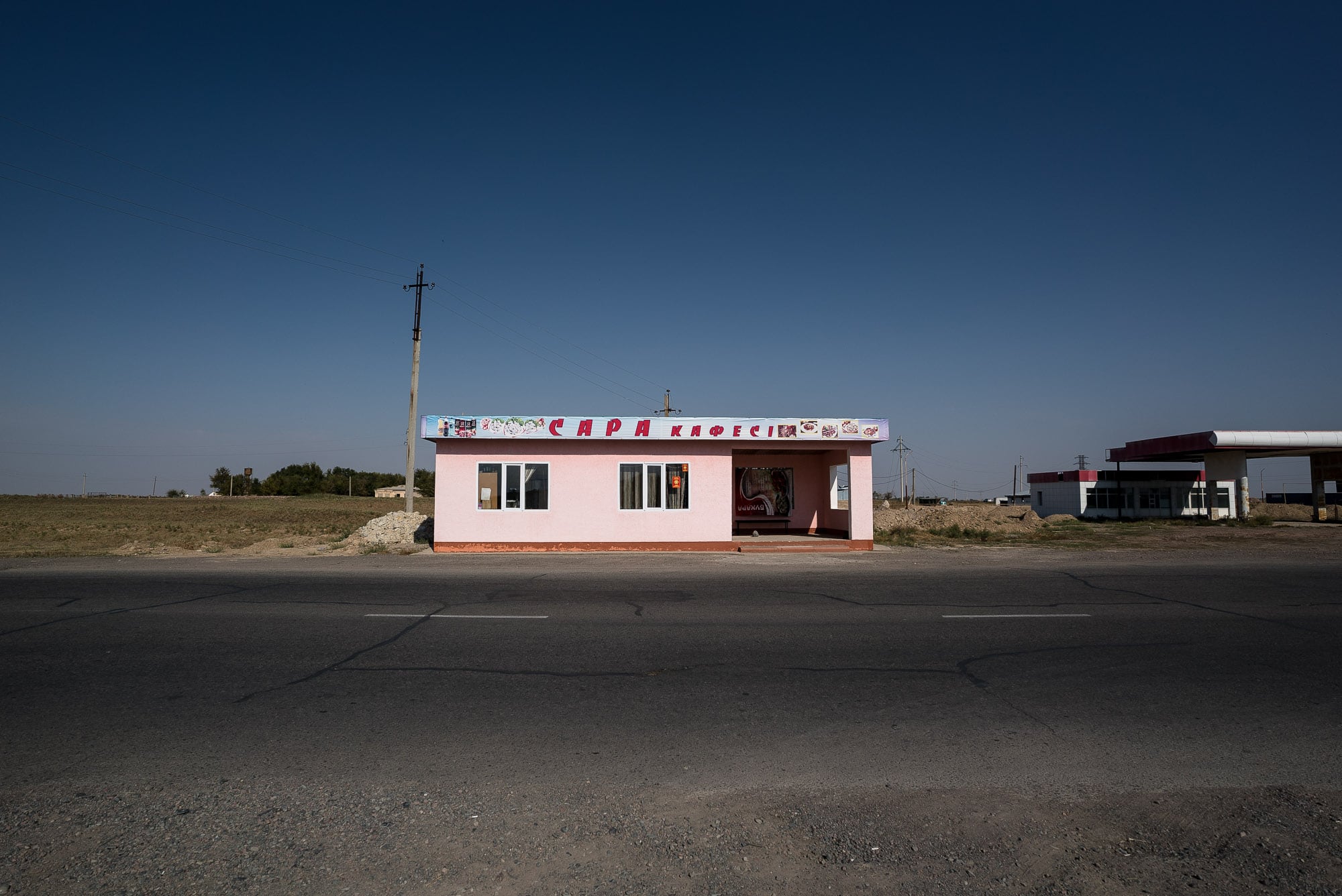 Kulan was a small town with a ridiculously broad road cutting right through it: 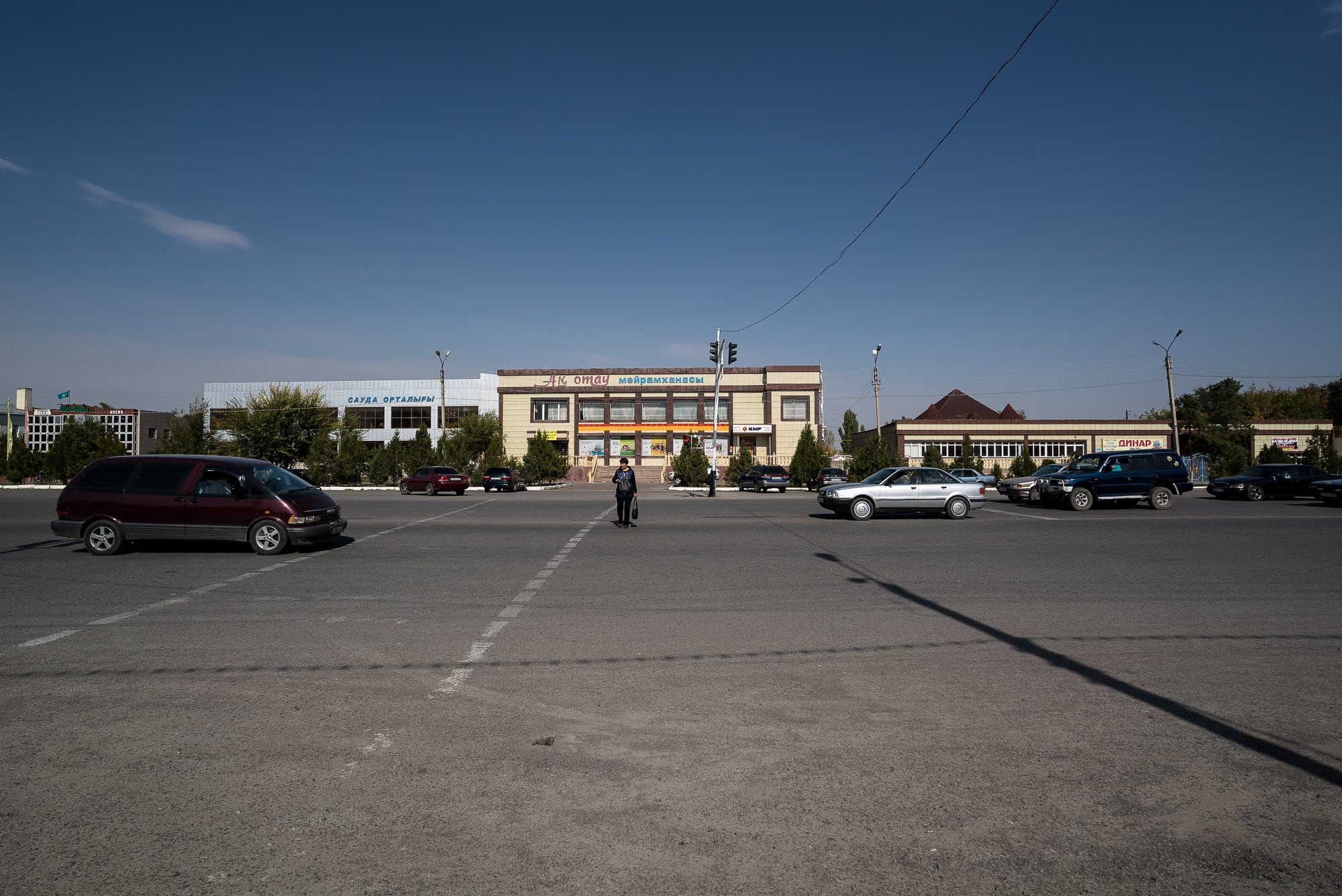 I got a room in this hotel, which was okay but not great: 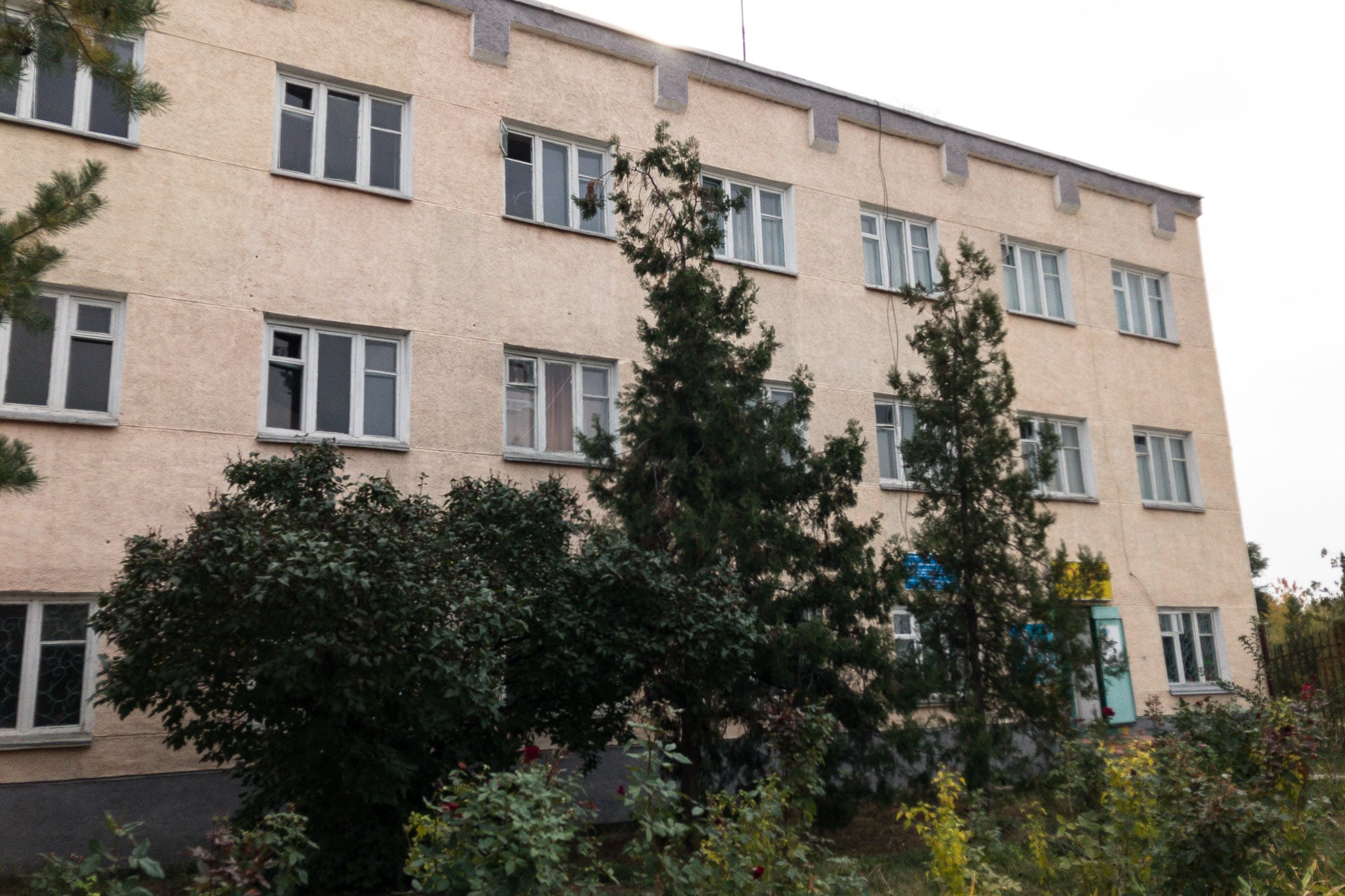 Then I went out for dinner. And as I did, I got ambushed by these two dudes who wanted to drink. I tried to fight them off, because I knew that many “manly men” around here never wanted to stop drinking once they had started. 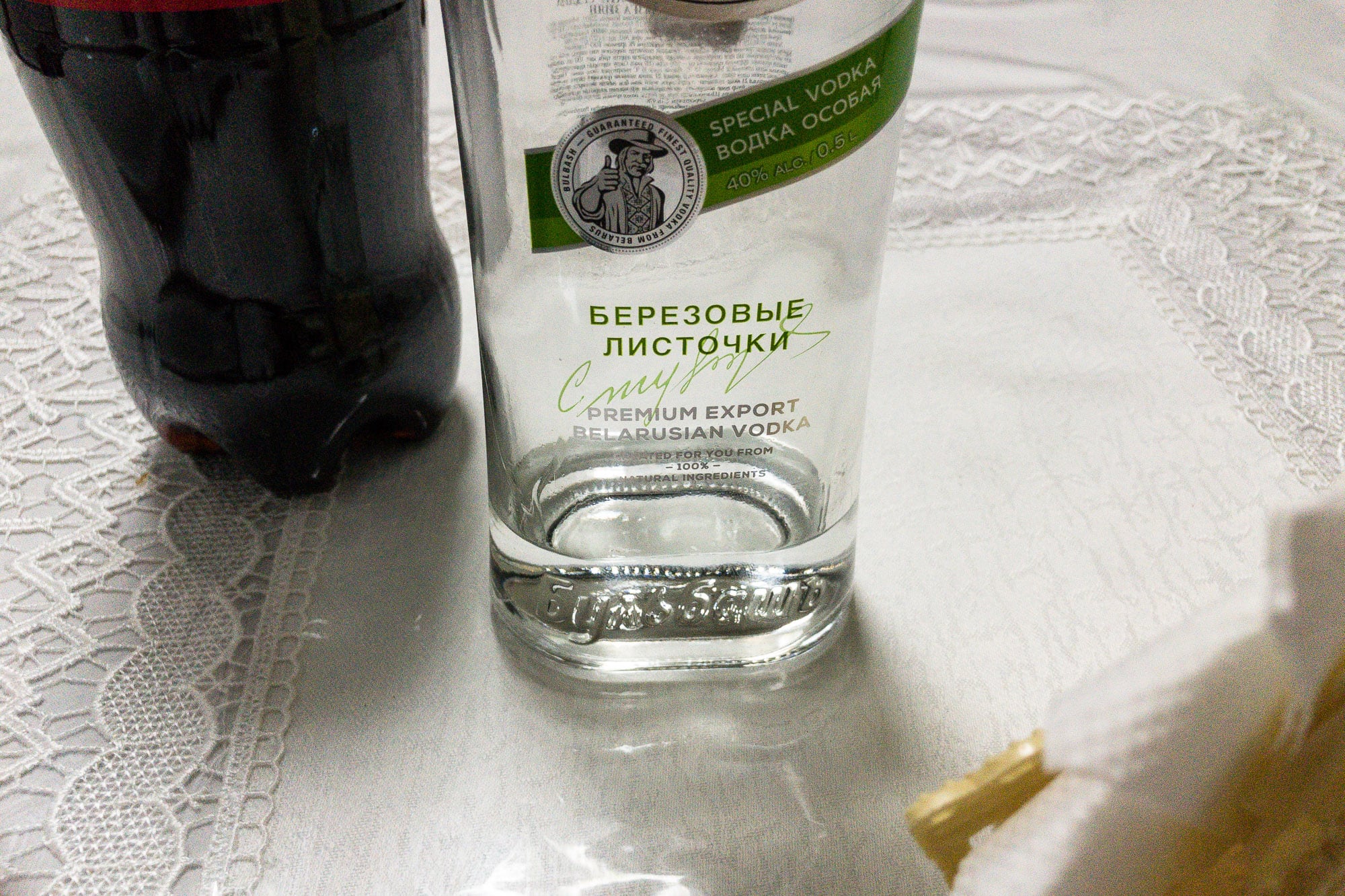 Two bottles later I was fucked: 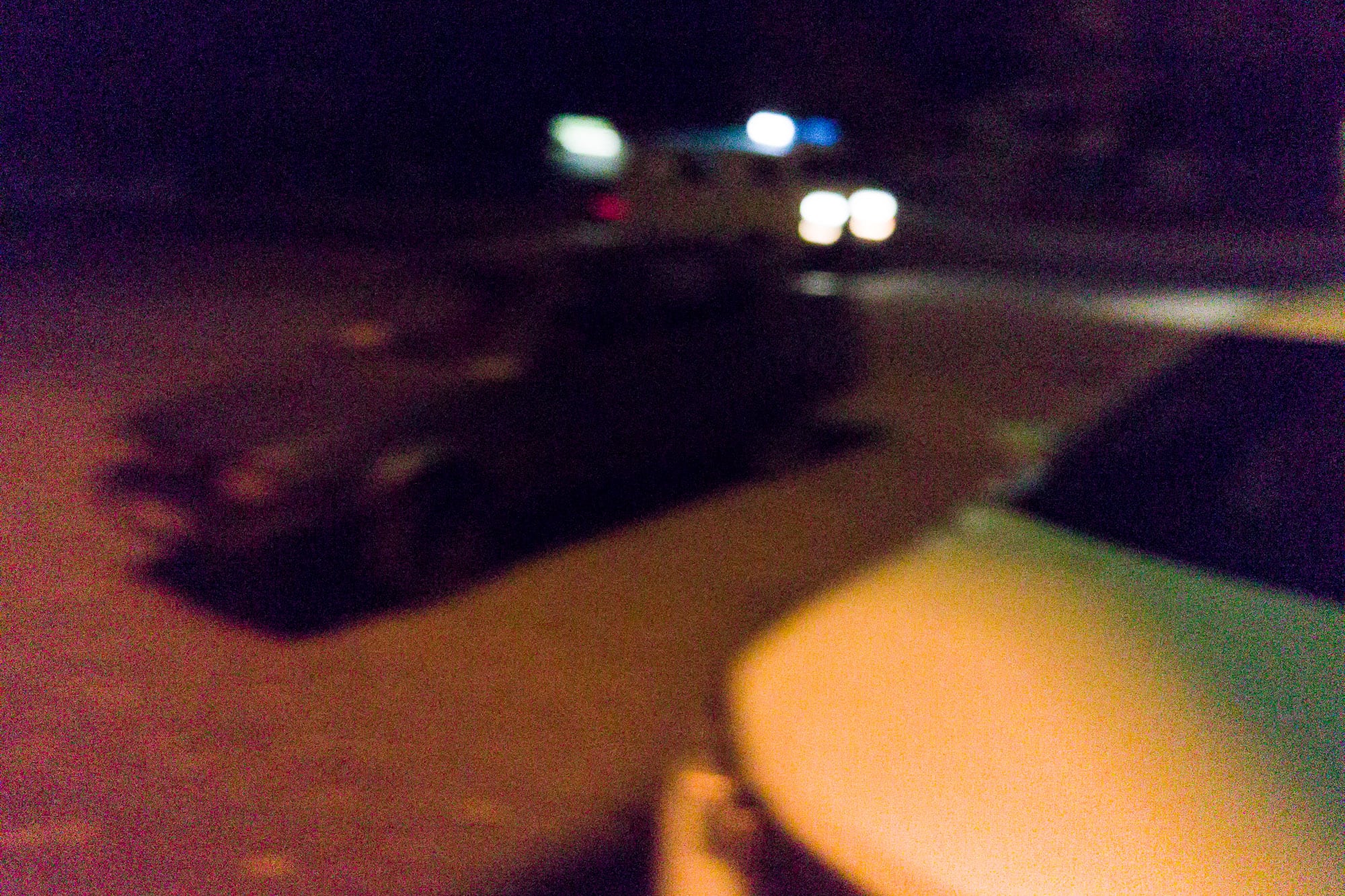 I managed to find my way home. It was dark. Dogs were barking outside.

Day 531
from Kamenka to Kulan