Wore my long pants for the first time today: 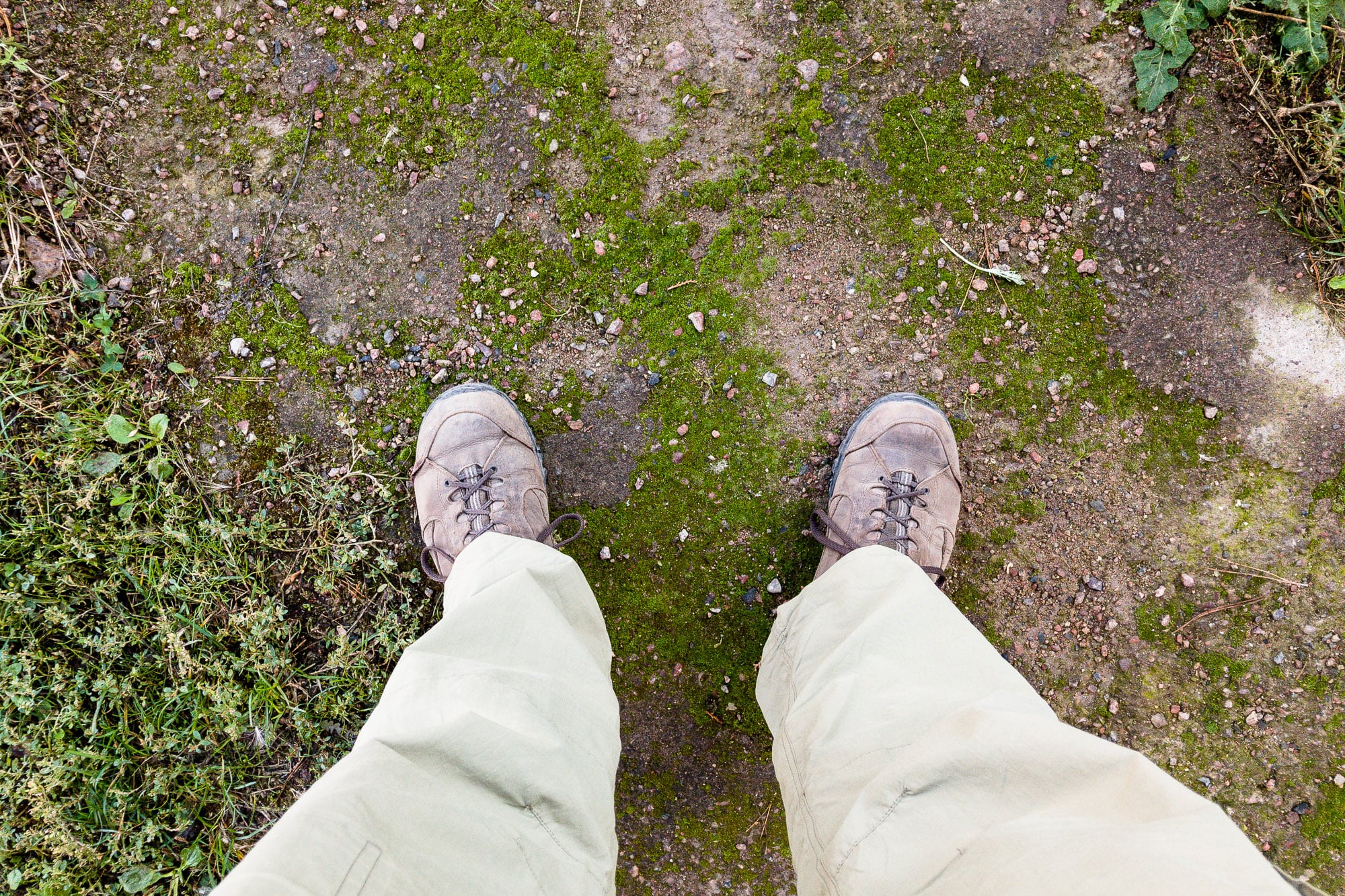 Or rather, I had worn them before, but never when I was walking. But today I thought, yes, it’s cold enough for long pants!

Before the edge of town I stopped in a little shop and got some water, and the shop owner gave me a loaf of bread for the way: 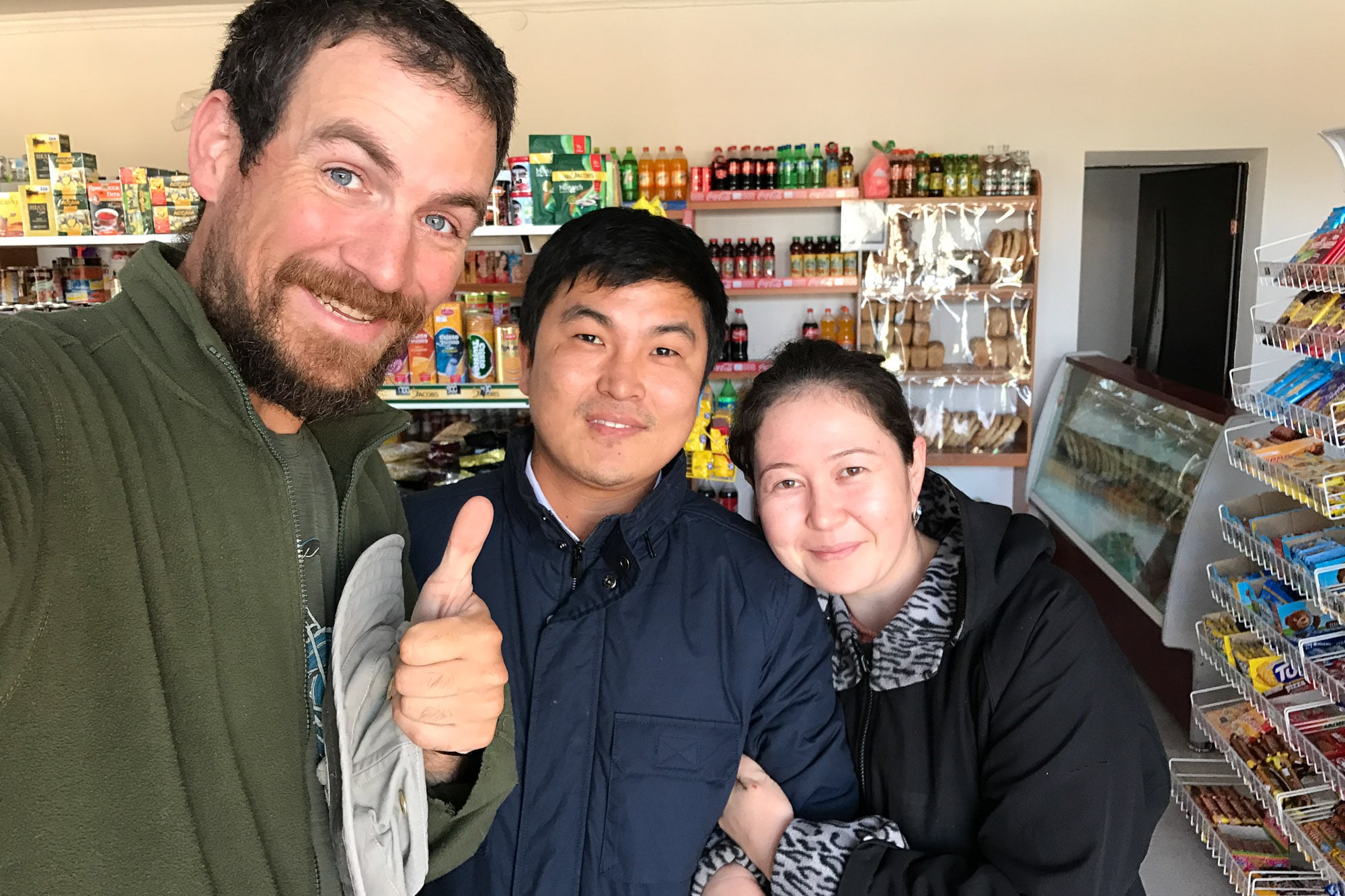 Then I said good-bye to Merki at its town gate: 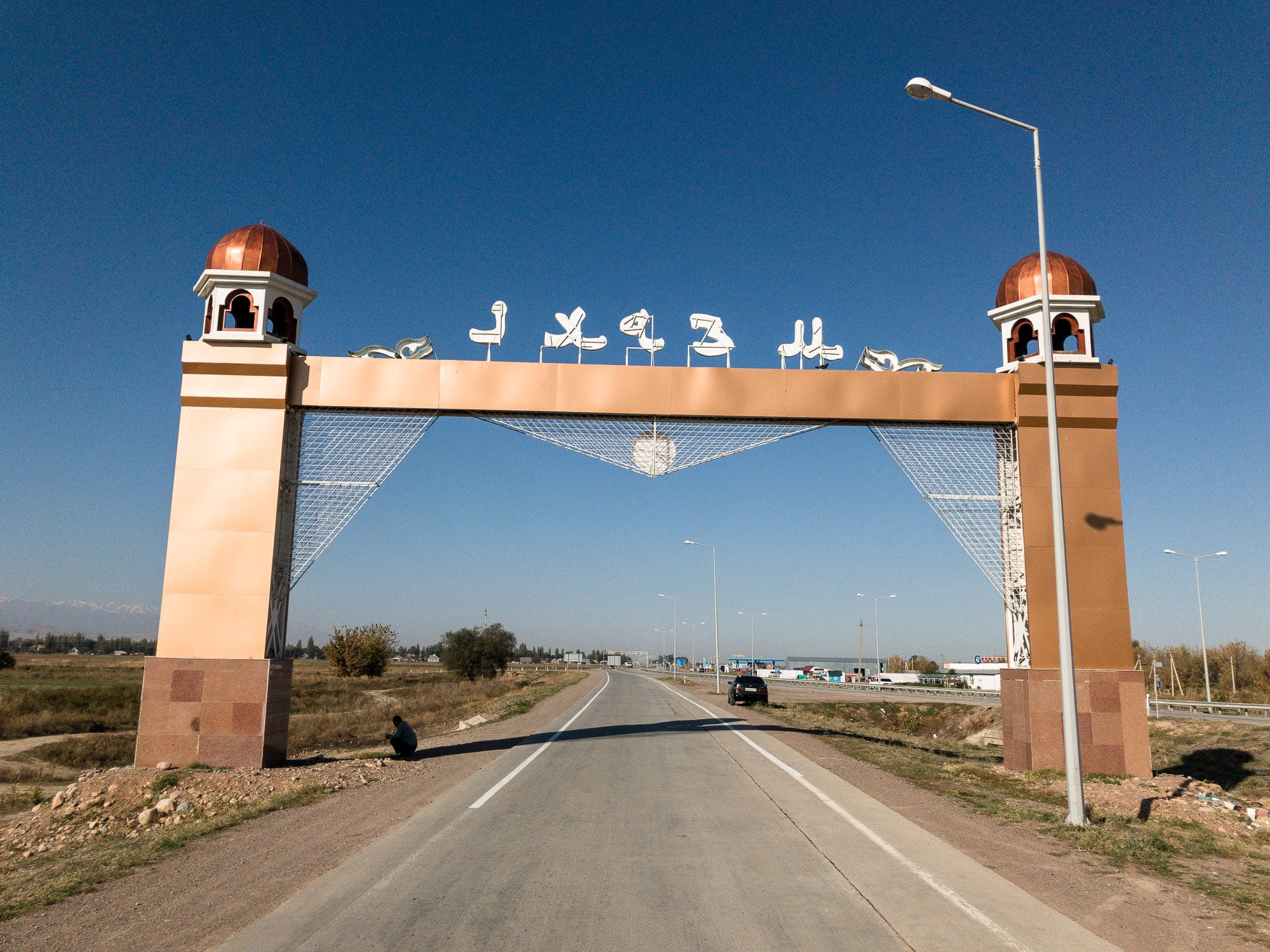 And I took a picture of one of the many German trucks that had somehow made their way into Central Asia to lead a second life here: 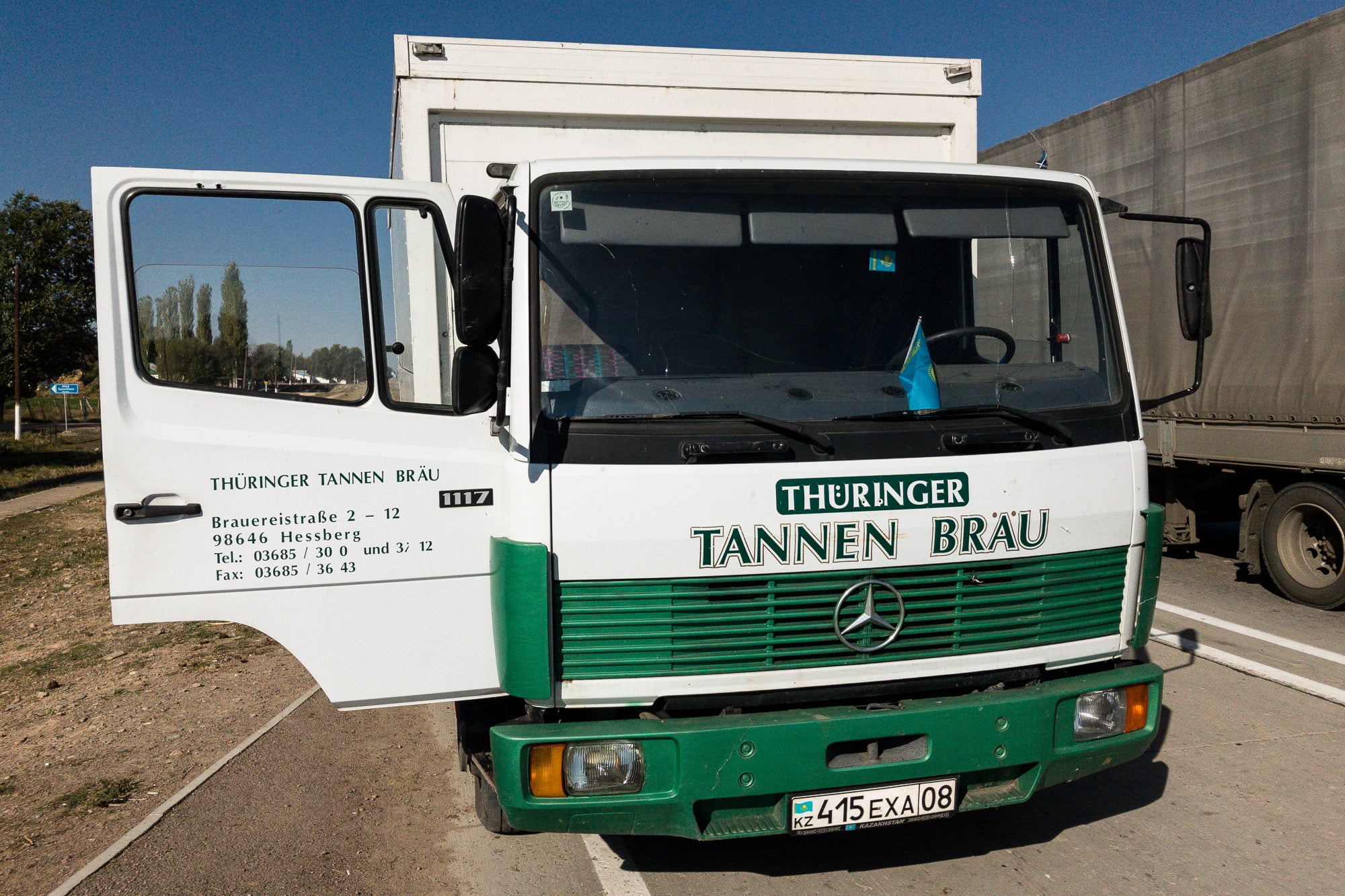 I looked up the company because I wanted to send them the picture of their truck. But according to what I was able to gather from Google, Tannen Bräu is no more.

Well, at least their truck is still around.

And there were a lot of different trucks on the road: 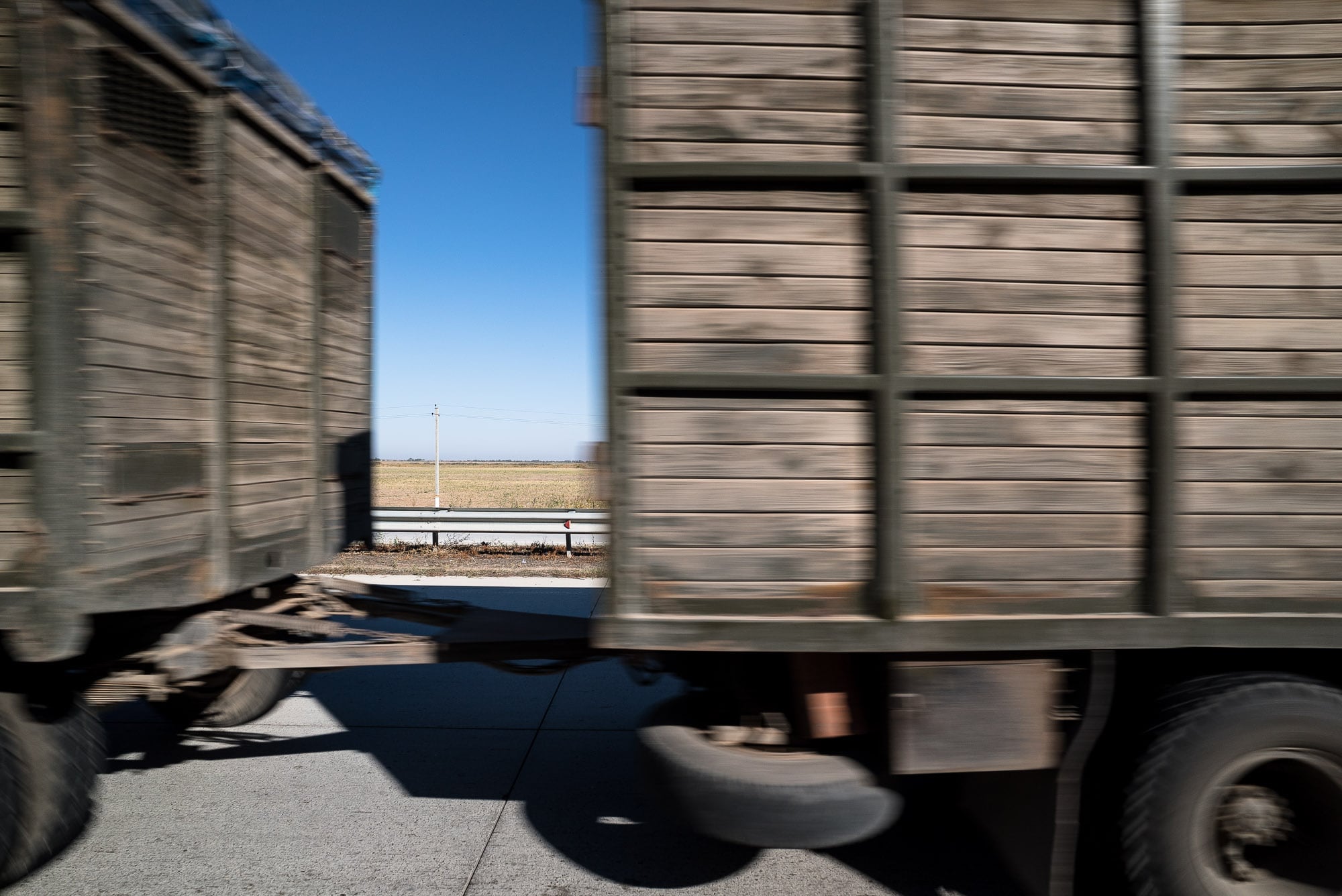 It was a bit boring on the two-lane highway: 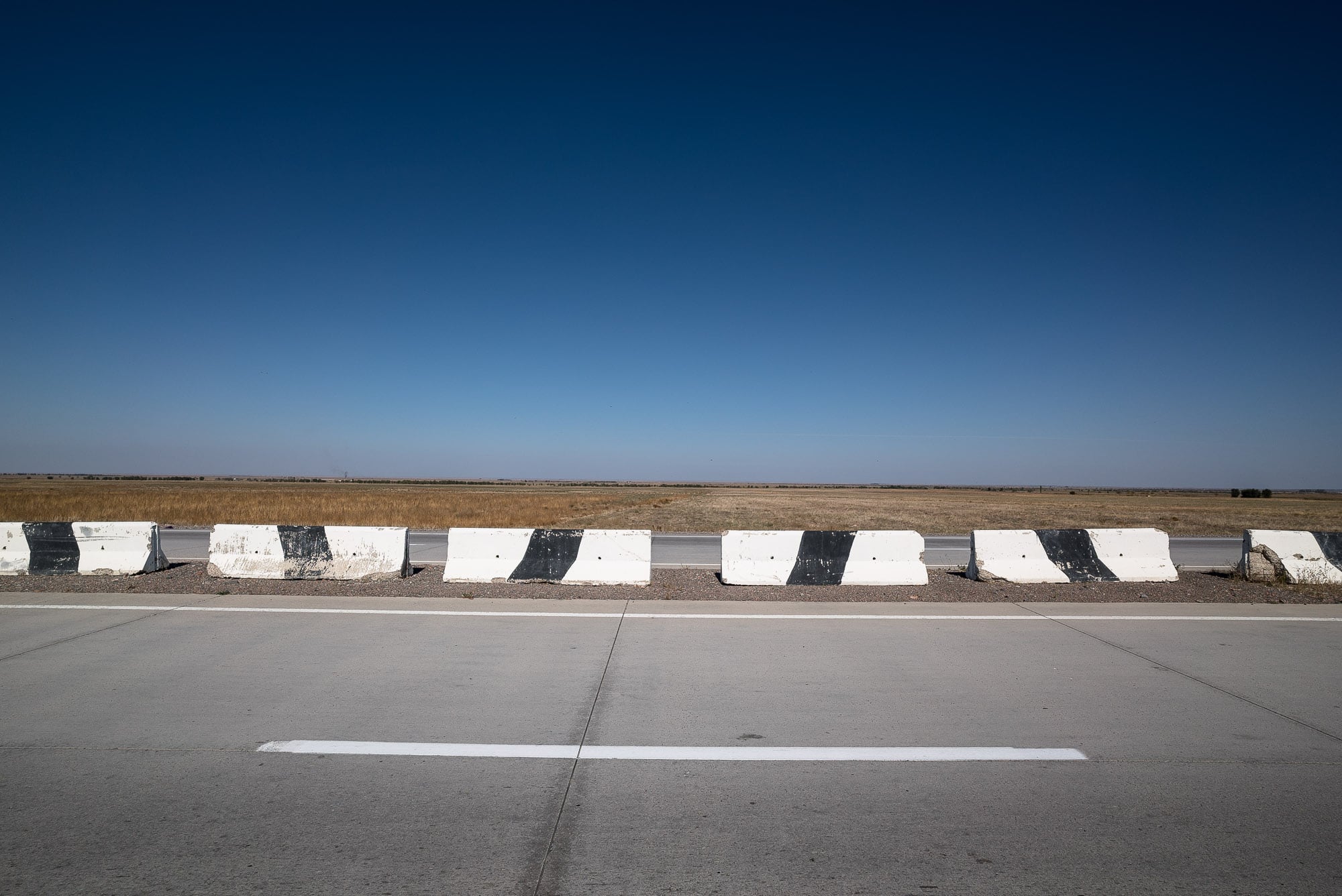 I left the main road once because I felt so bored with it. But the little dirt path that I found didn’t seem to lead anywhere: 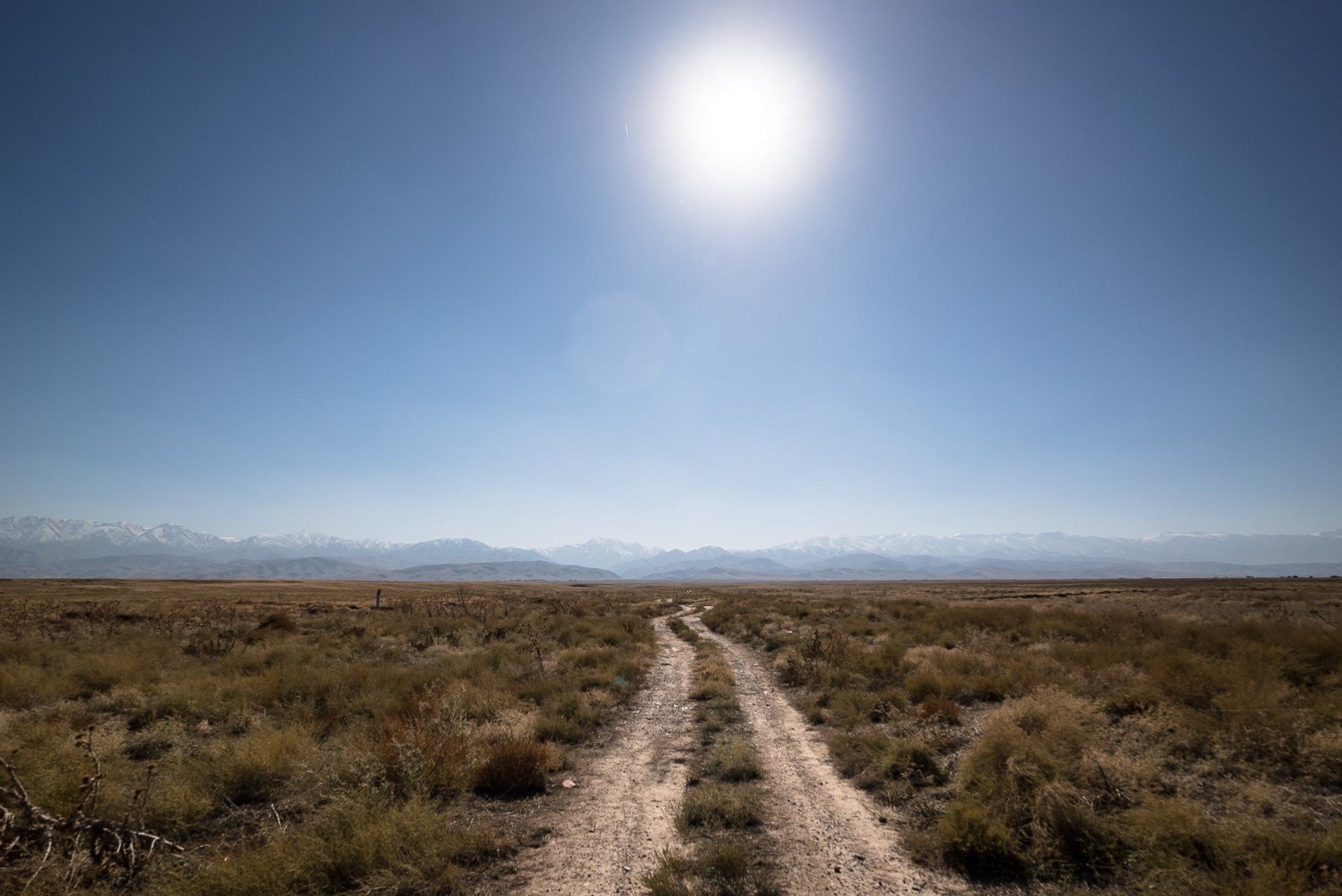 So I went back to the road.

This lady gave me a jar of honey and directions to the next village: 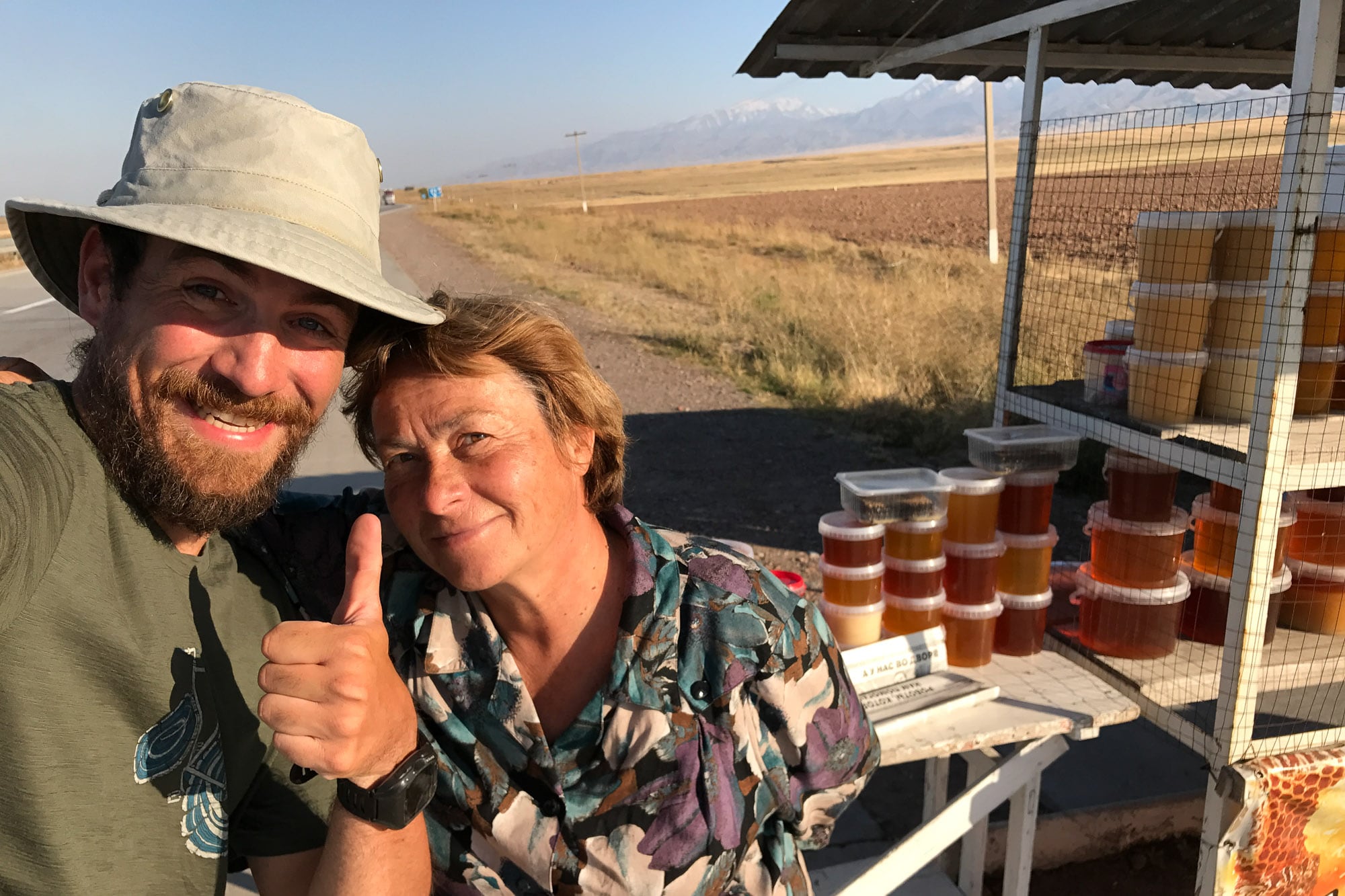 I passed a few graves: 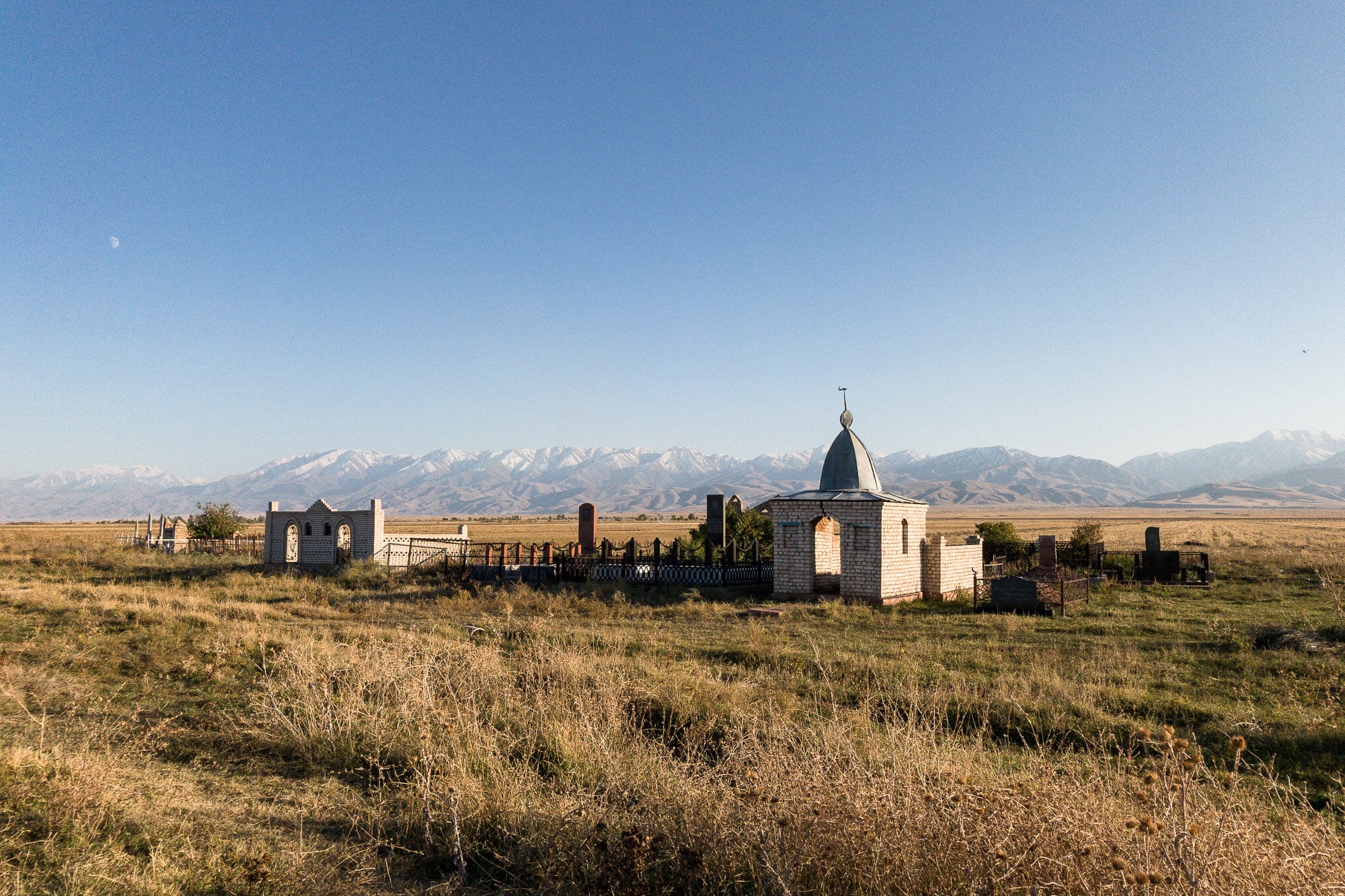 Then I was in a small village called Kamenka. There was not much there in terms of guesthouses or restaurants, the only thing that I could find was a shop. So I went into that shop and asked the owner if she knew anyone who might be able to take me in for the night (I offered to pay a little).

The owner talked to some people, and a few minutes later I was staying with a lady and her son. The son was playing a Kazakh board game with his friend: 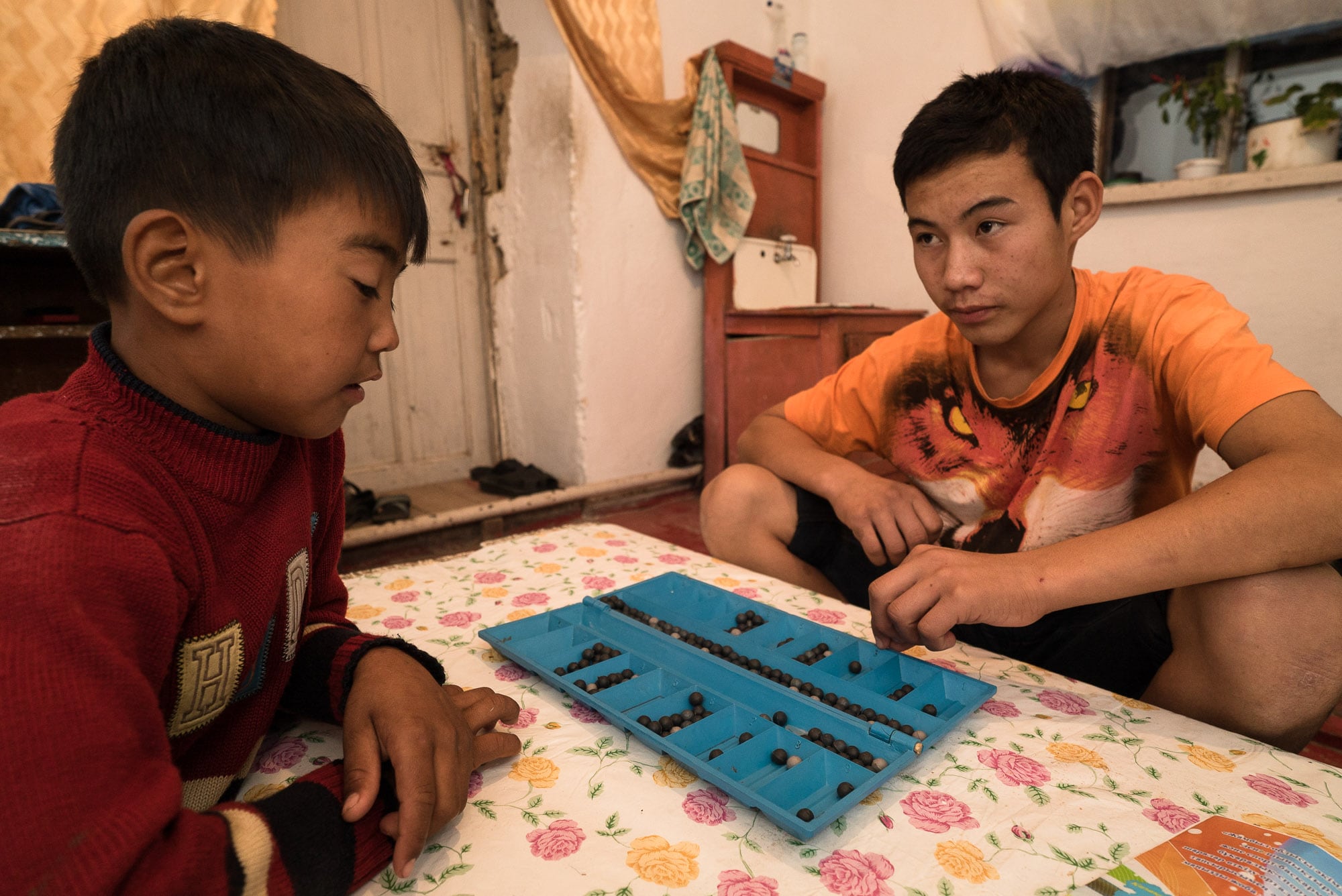 I didn’t manage to fully comprehend the game. It was something about trying to steal the stones in the opponent’s compartments by adding them up as the game went round: 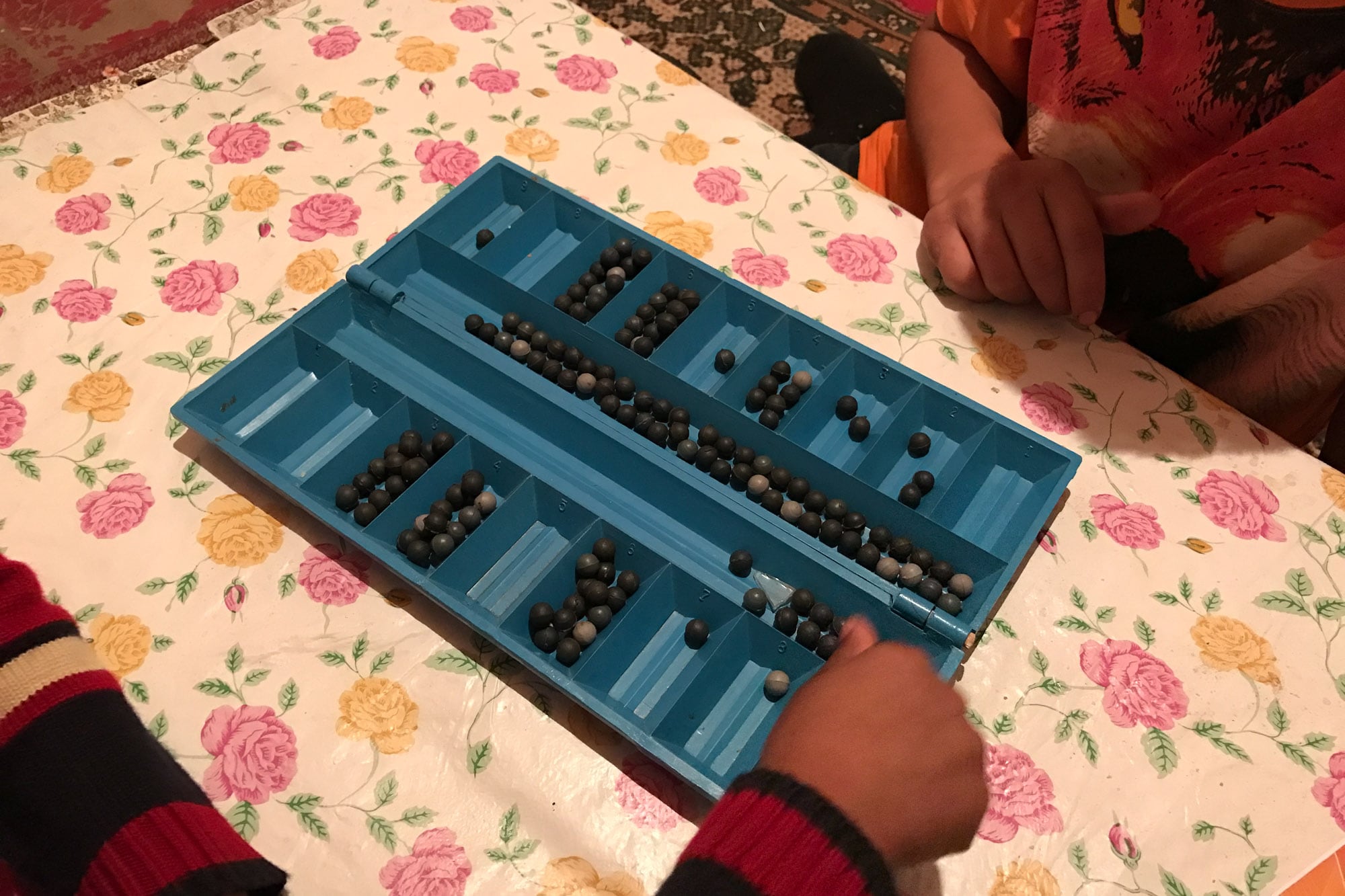 I watched for a while. And while I did this I had one of the cameras shoot a timelapse outside in the yard: 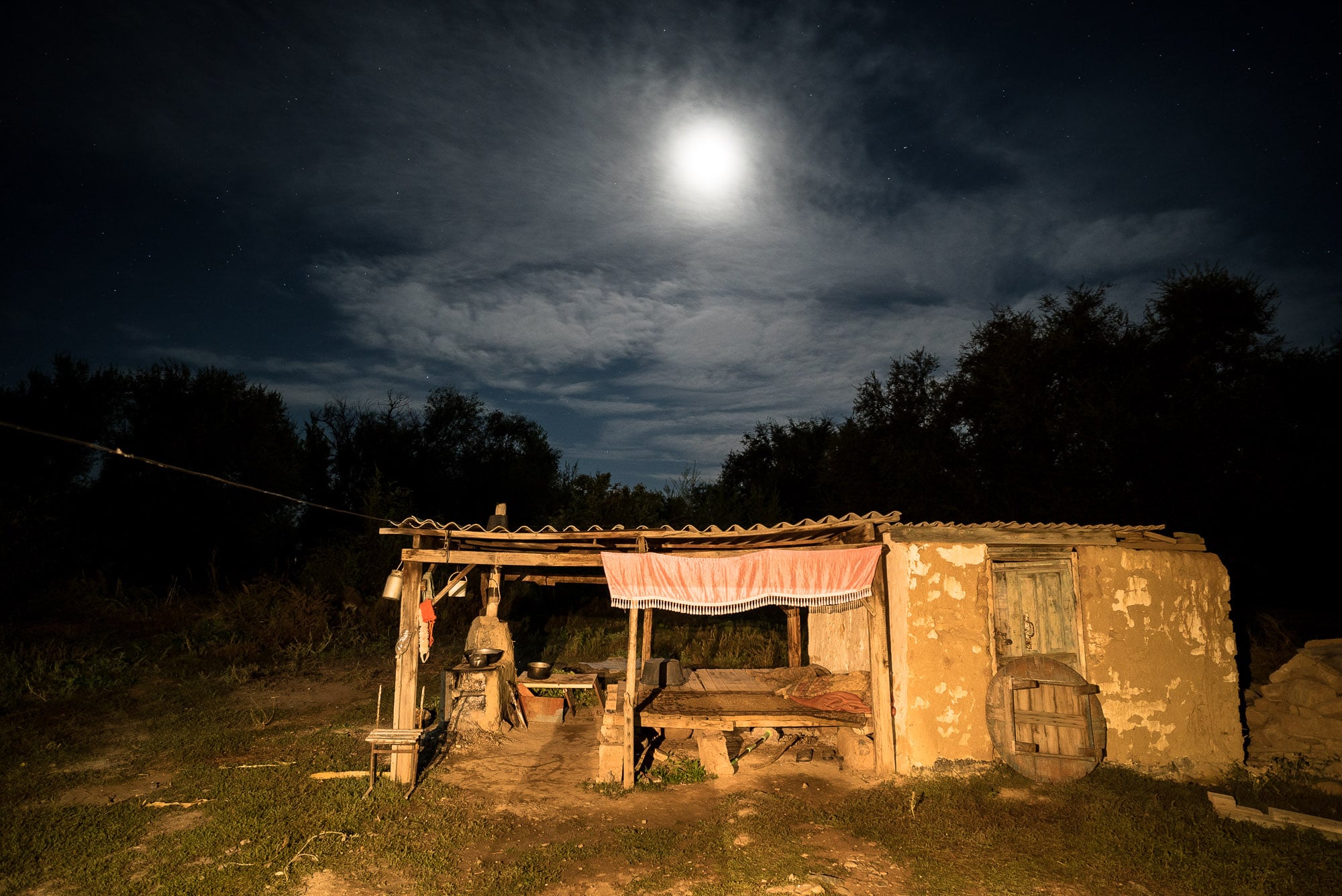 And each time I went out to check on the camera I noticed two things:

Day 530
from Merki to Kamenka