Looked out the window and saw a backyard: 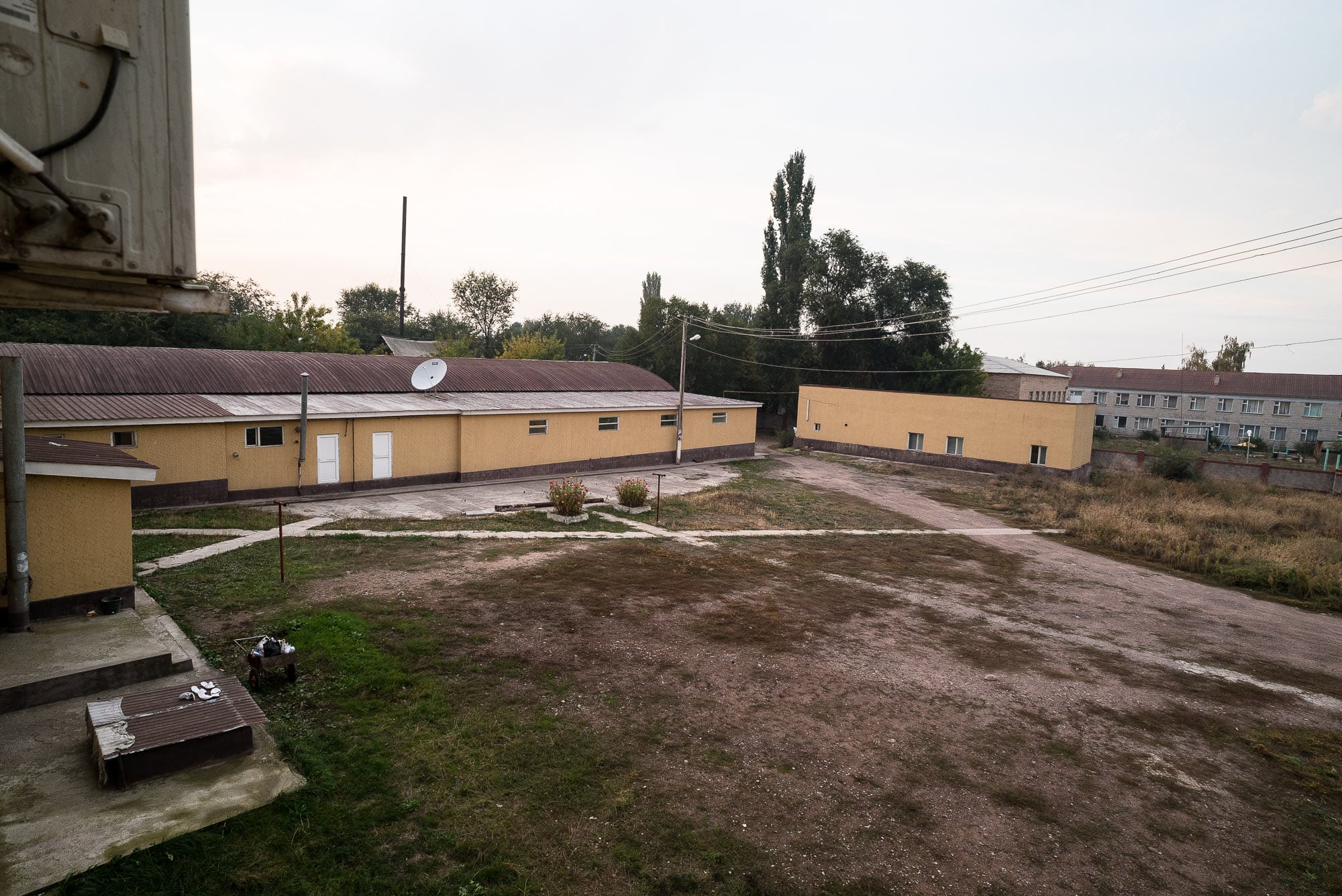 With a truck in it: 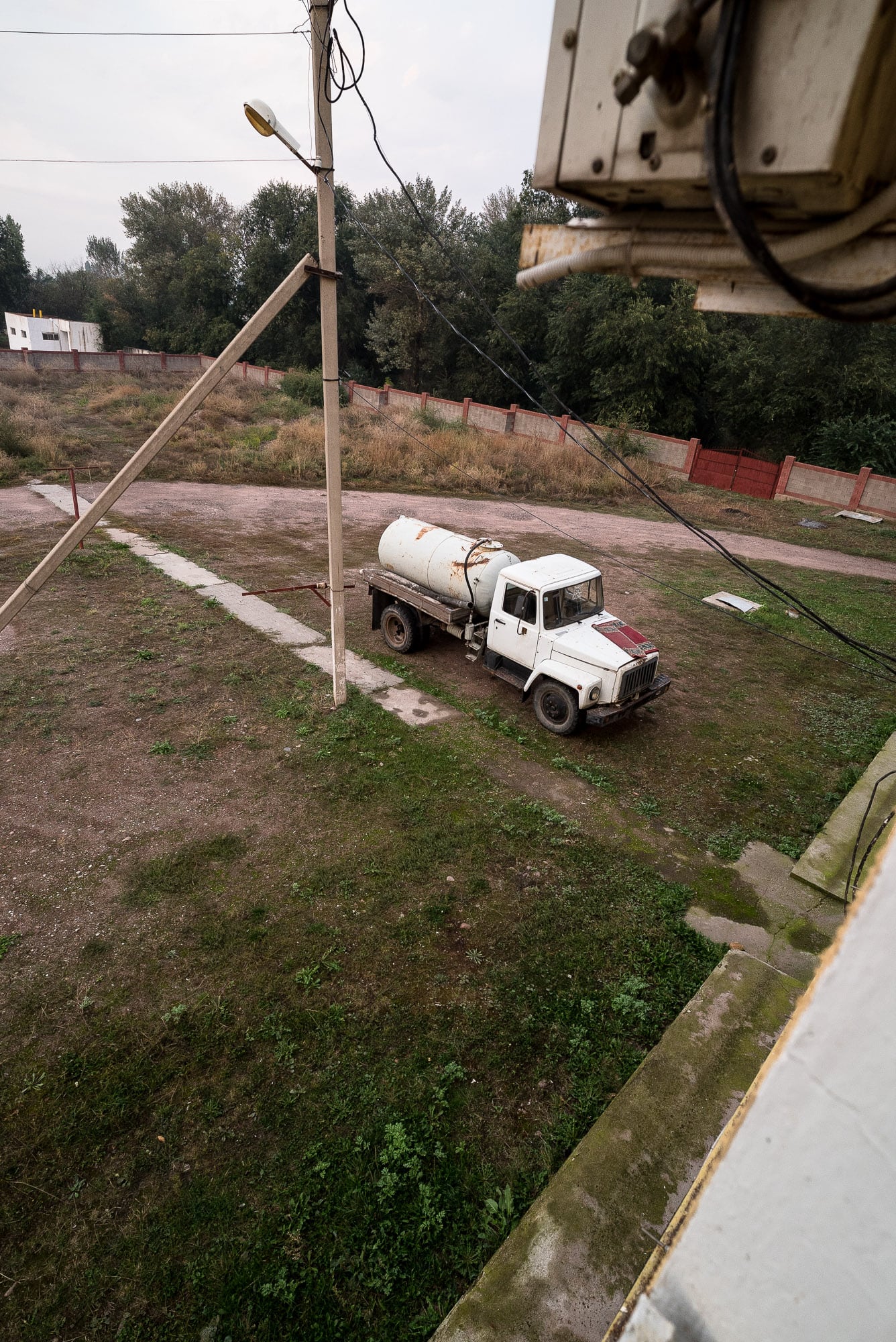 Replied to some emails, wrote some stuff, sorted some photos: 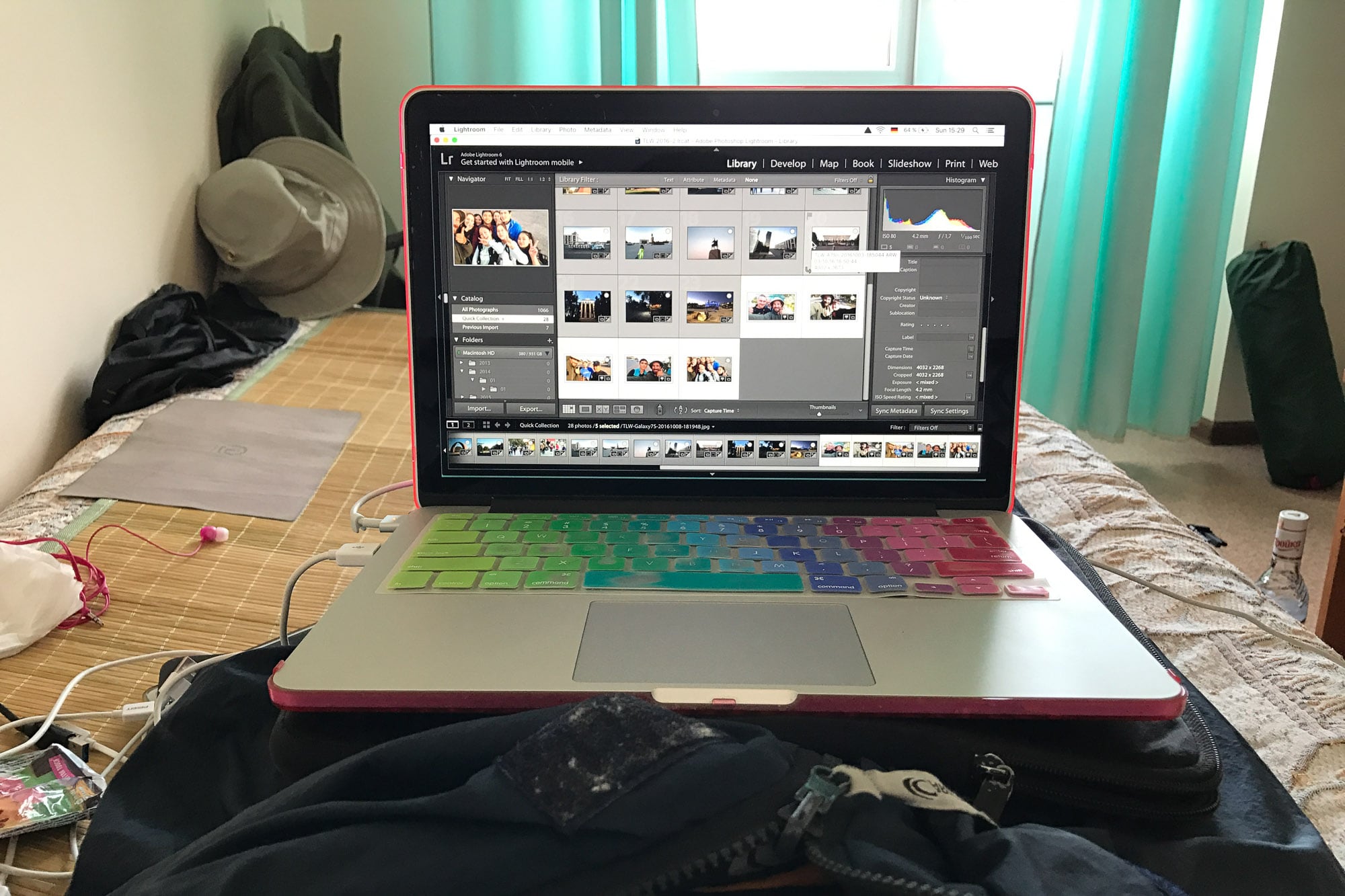 And I put almost all of my clothes into the washing machine in the basement: 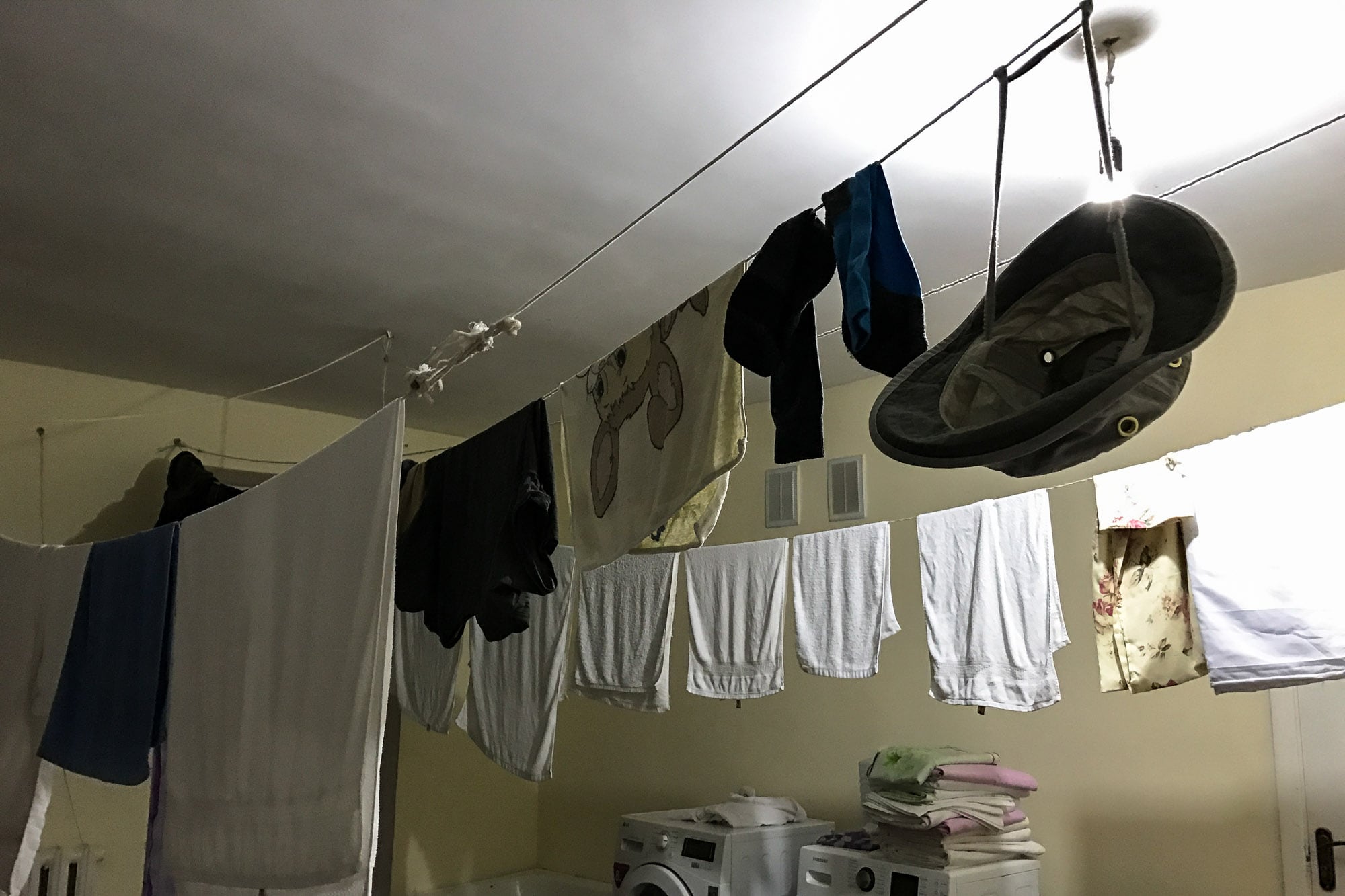 Then I went out to look for some food, eventually ending up in the same restaurant where I had had my dinner the night before: 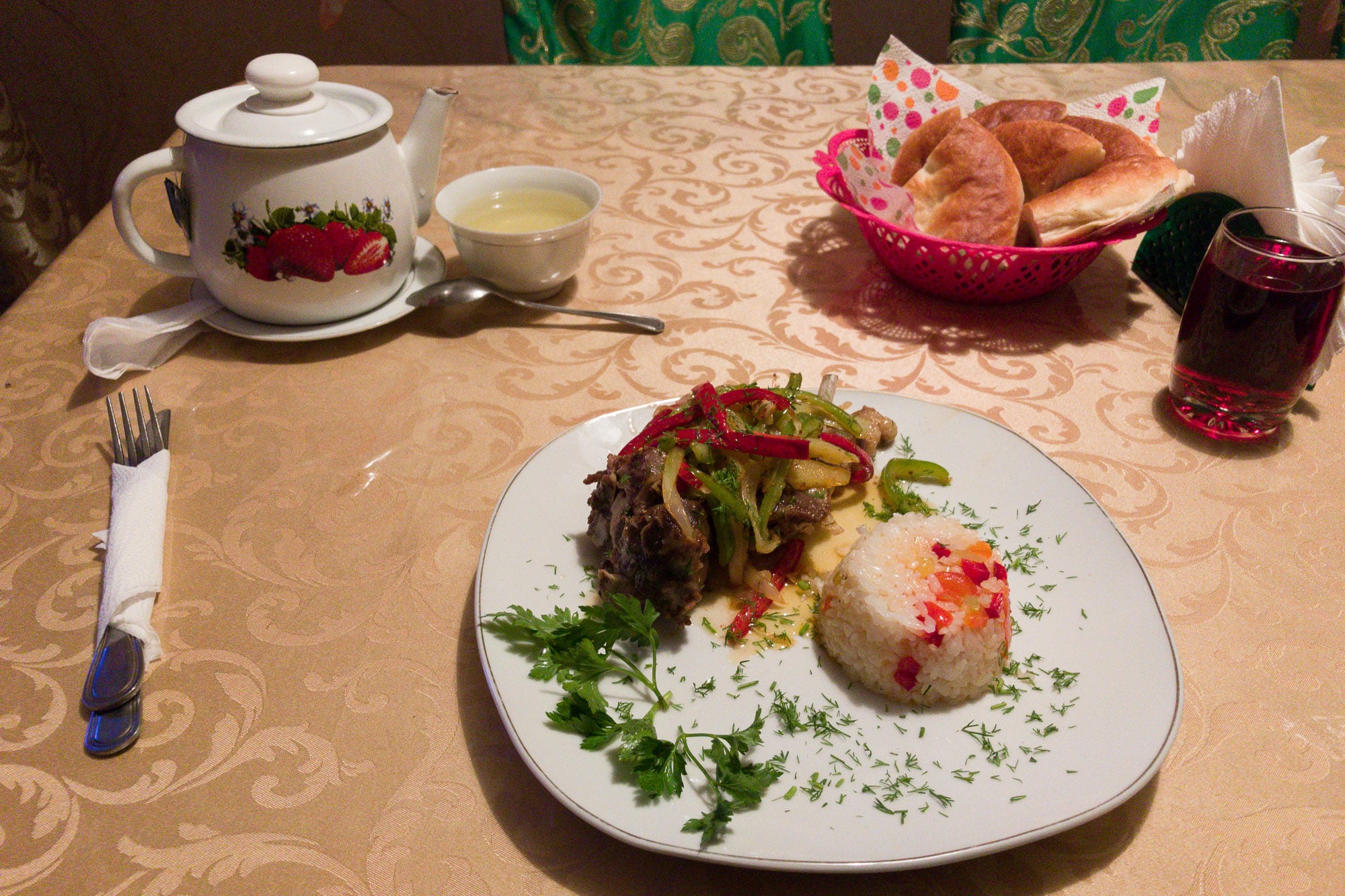 That’s when I noticed that I had just missed a spectacular sunset: 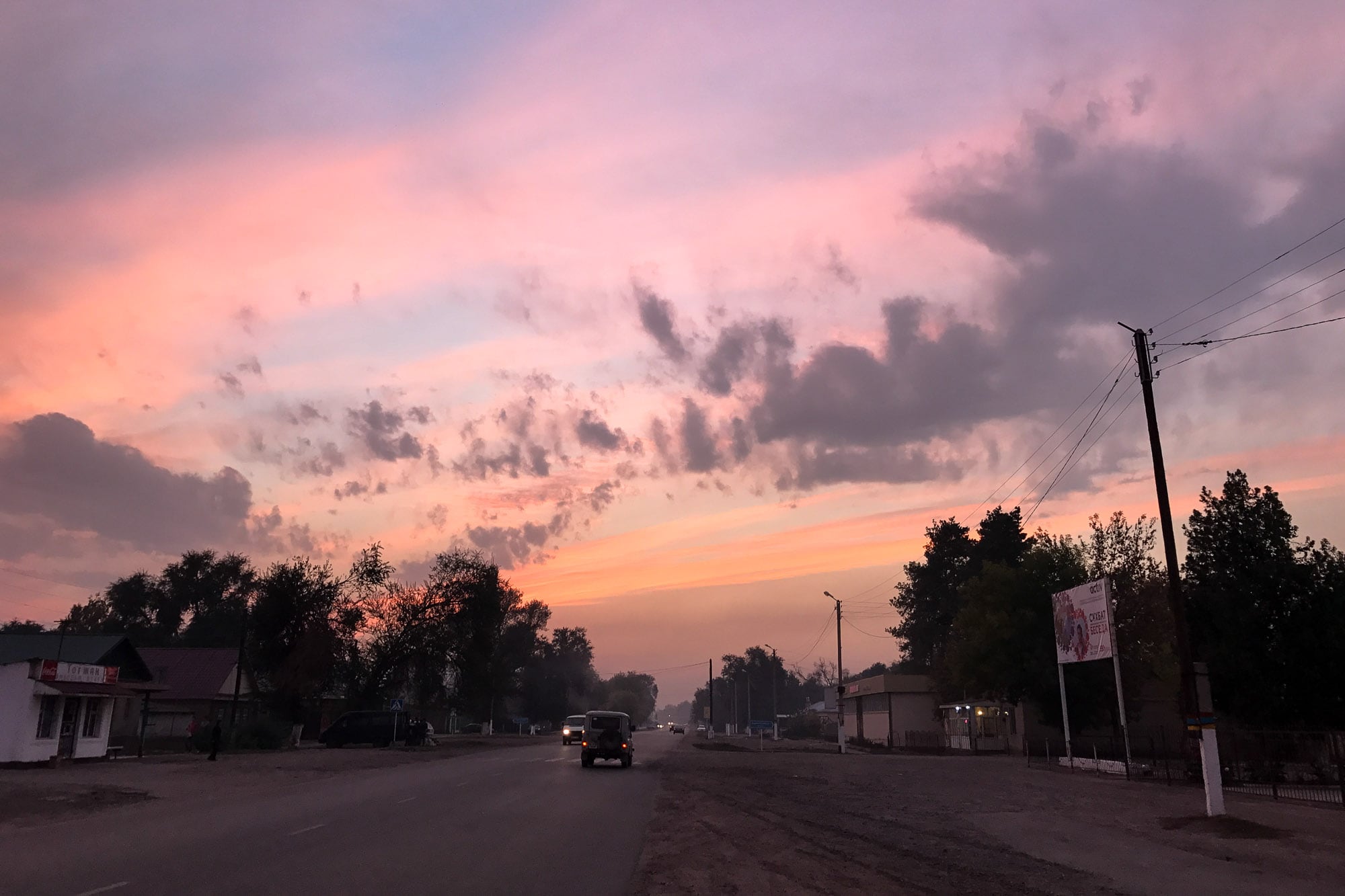 Now you might say: “But there it is in the photograph, that means you didn’t miss it!”

Yeah, that’s technically true. But it felt like witnessing a climax without a build-up. There was no tension, just that one moment of the sun and the clouds splashing their colors all over the sky. I wish I could have seen the whole thing.

So I decided that the day was officially over and I might as well have a little vodka in my room: 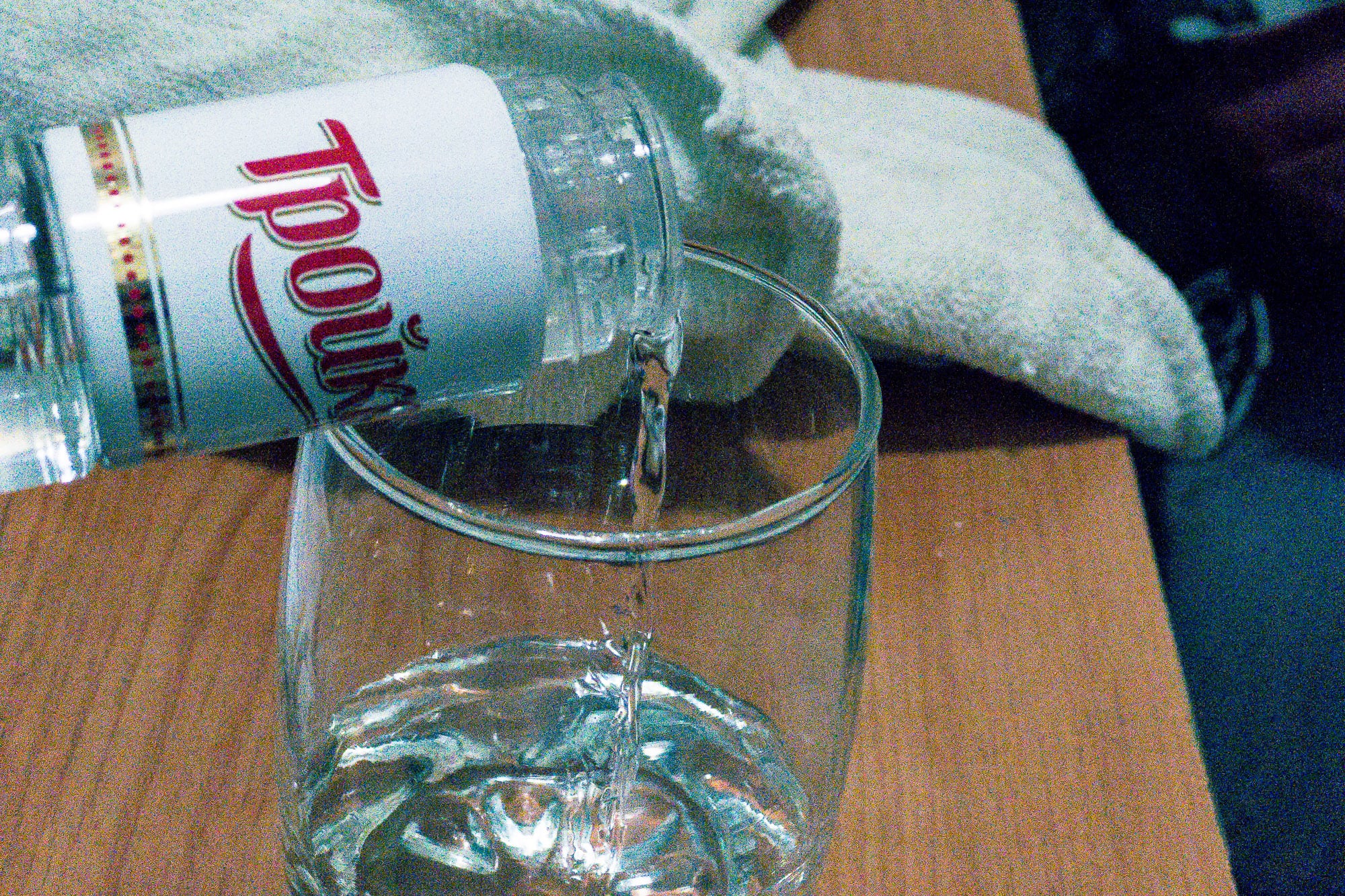 I didn’t have much, though. Just enough to get a taste and forget about the sunset.

Activity: resting
Soundtrack: a sigh at the sunset