I was going to post a lot of pictures today.

Alas, something seems to be wrong with the blog. I upload photos, and they disappear. Not all of them, but many. Guess I’ll just post the ones that somehow made it through.

Not sure what this is going to mean for the future, though.

Anyway, when I was leaving my hotel in the morning, the day still seemed alright: 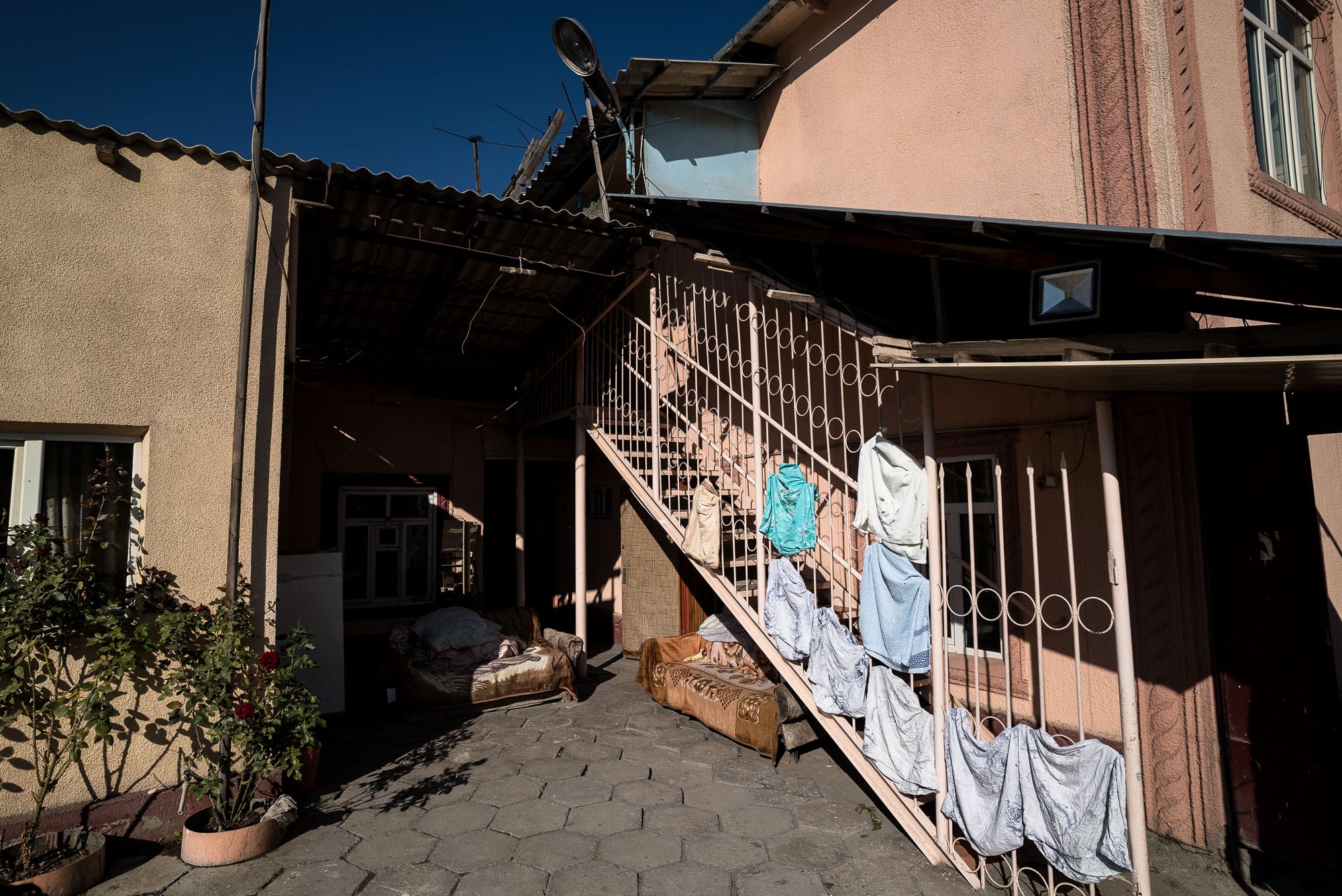 I was planning to walk to a small town called Belovodskoe Беловодск and find a guesthouse there.

So I walked, but when I got to Belovodskoe I had to find out that there was no hotel. I would have to walk another 20km to the next town. Bummer. I wasn’t feeling that happy anyway. And now my mood was just terrible.

I don’t know what it was exactly that felt wrong. Maybe it was just the road that I was walking on that irritated me.

I had to stay on the shoulder of the road, and it was basically just gravel and potholes. There didn’t seem to be enough money or political will to fix it. But there were mosques. I counted at least ten of them. 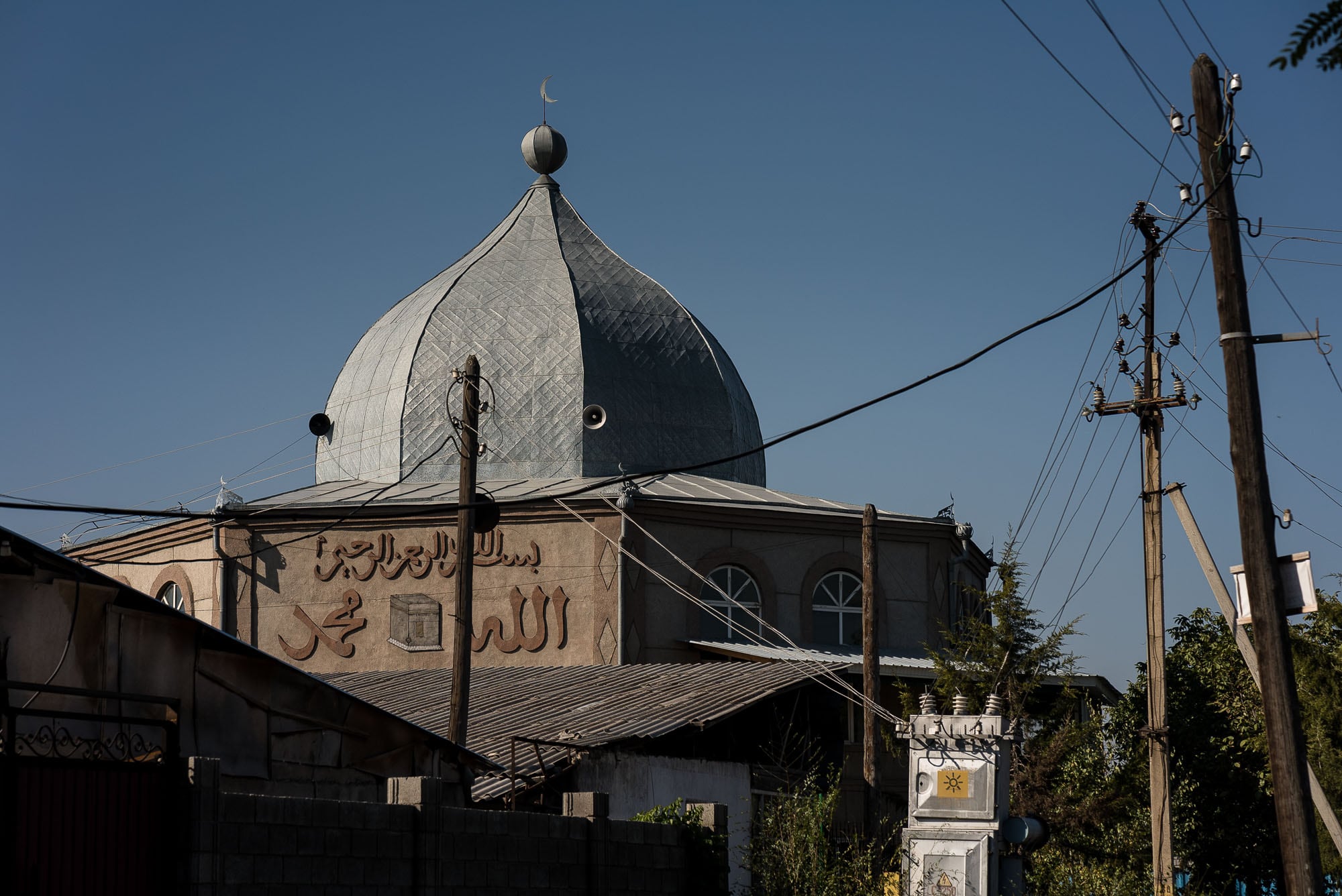 Okay, this one was a church: 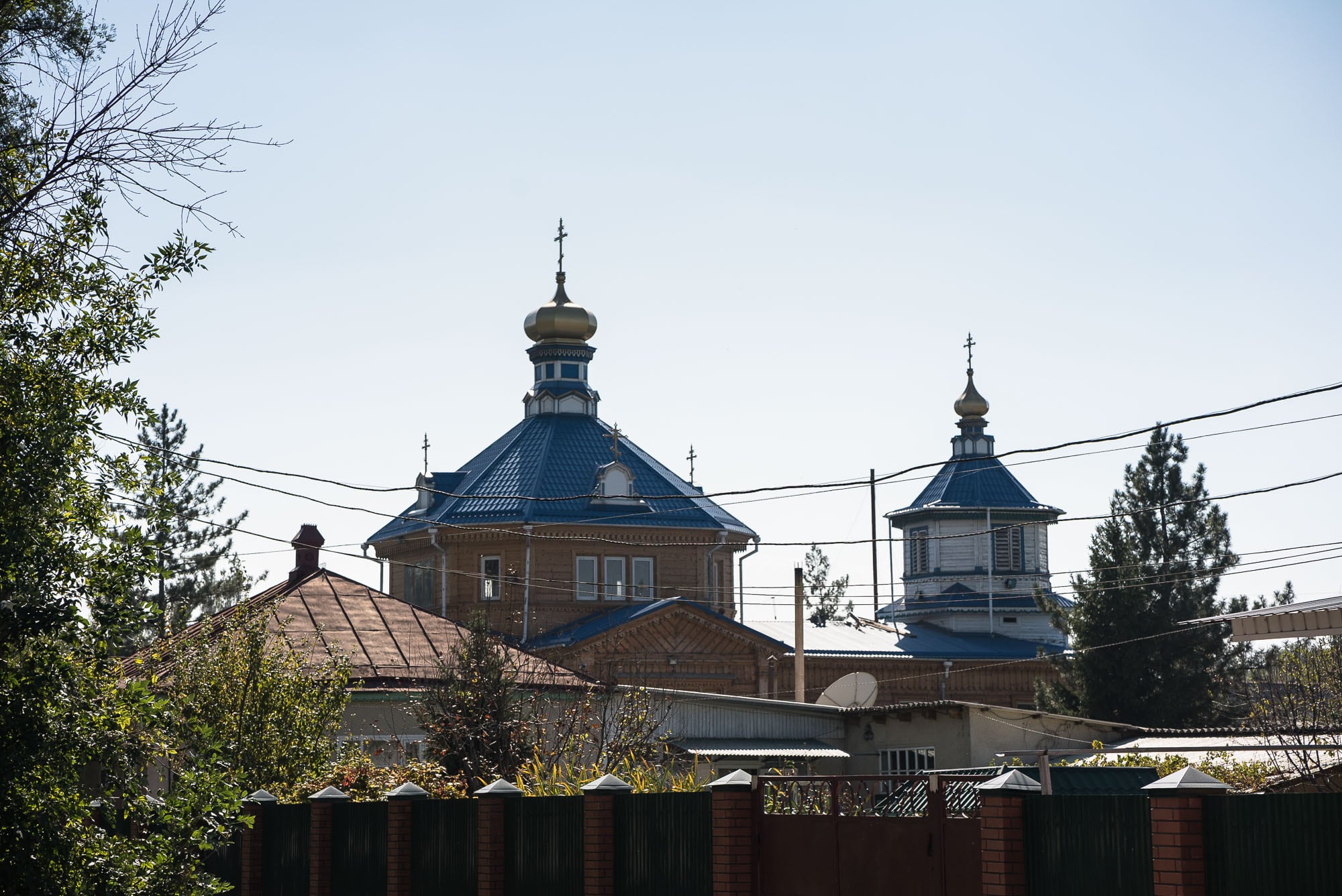 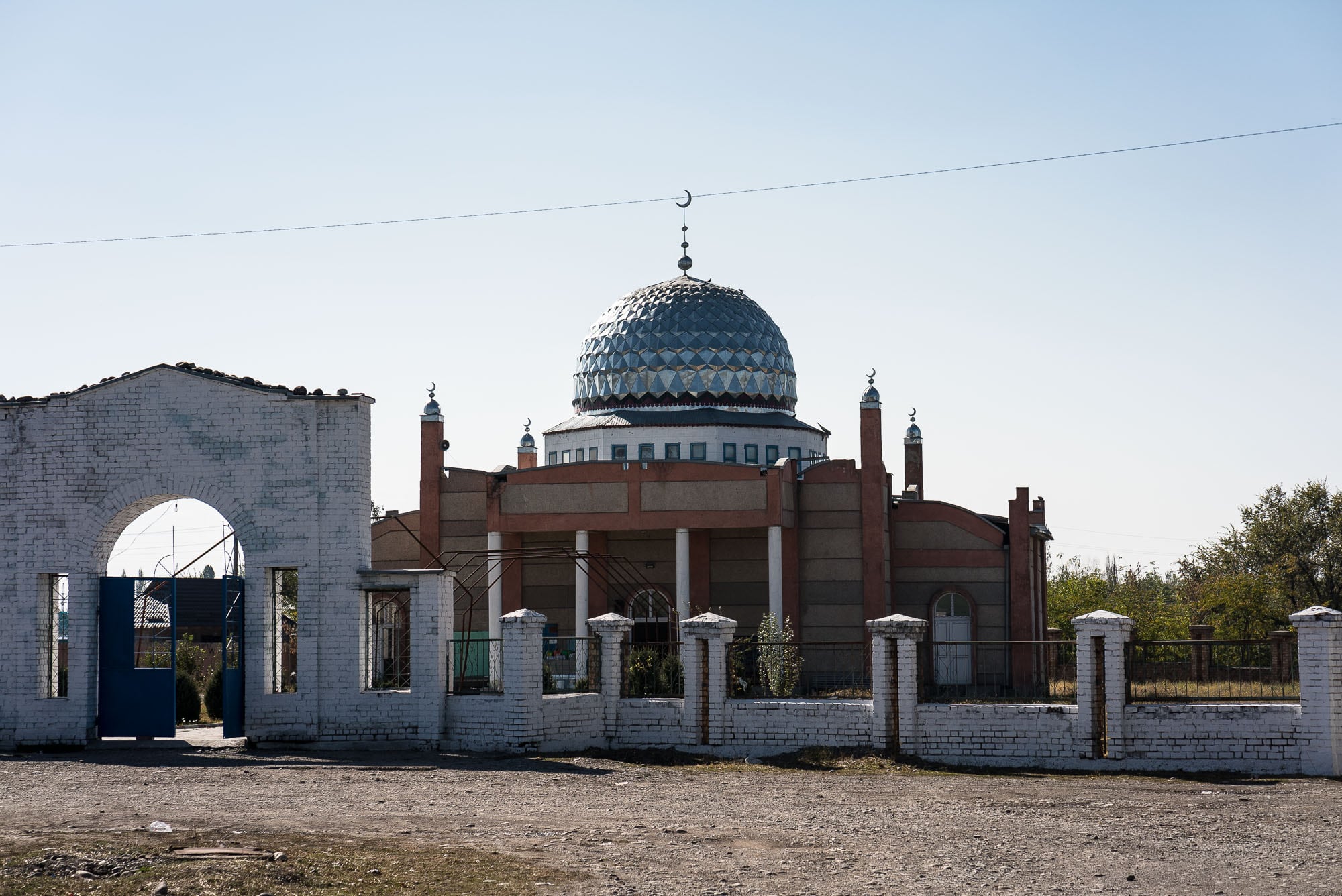 Sometimes I would see the mountains in the distance: 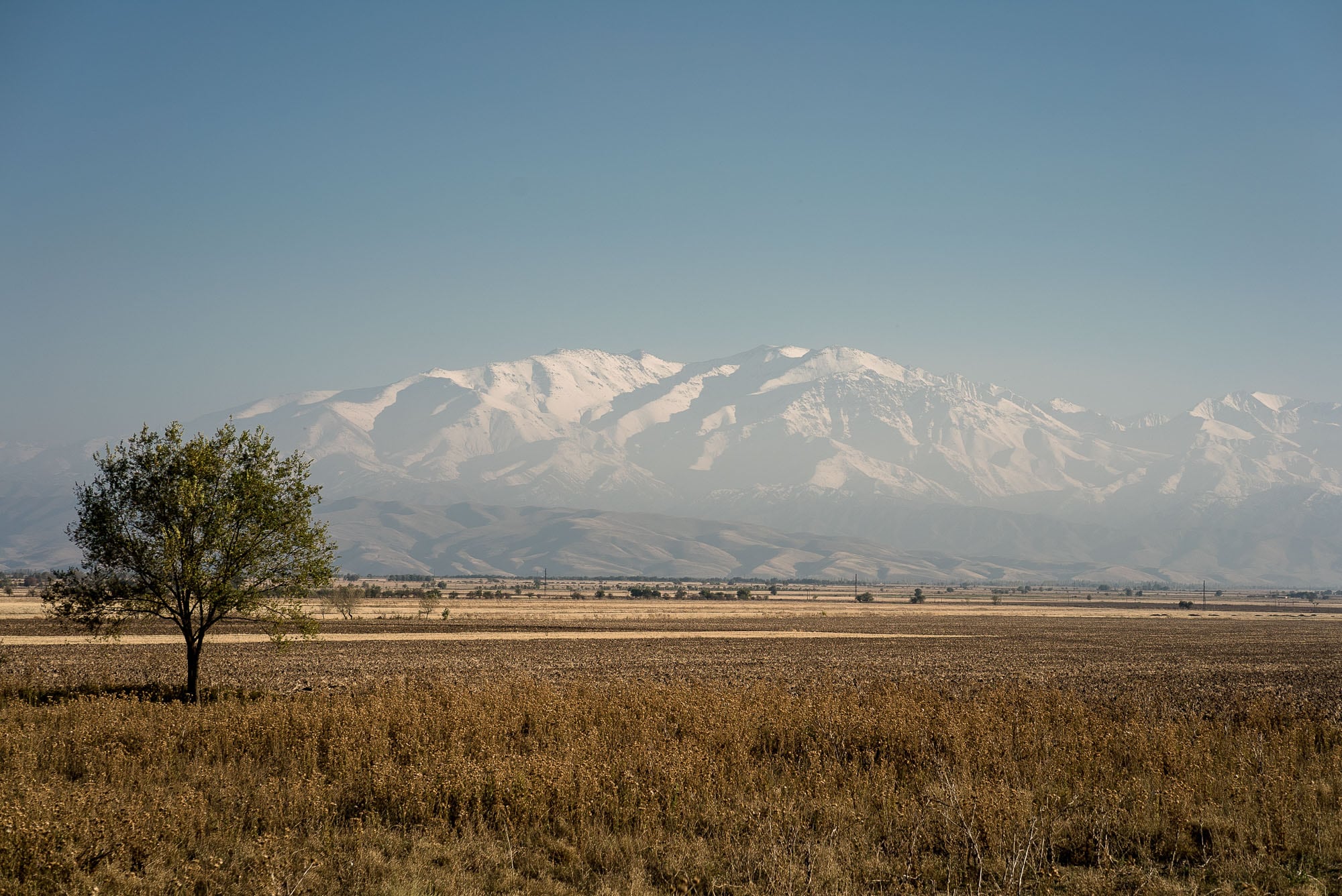 It’s so nice here, except for the traffic, I would think.

Sometimes people would stop for a chat: 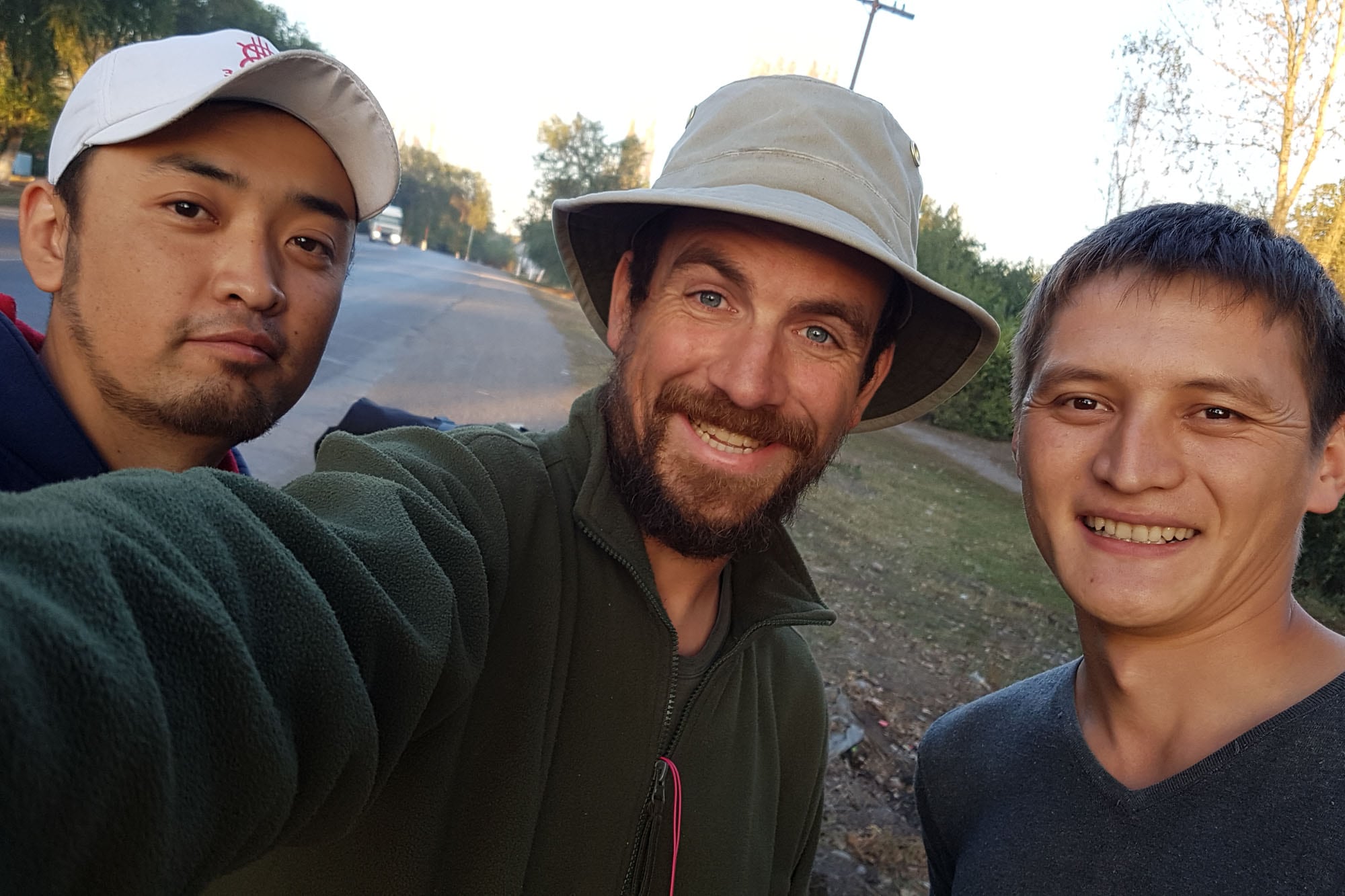 People are so nice when they are not in their cars, I would think. 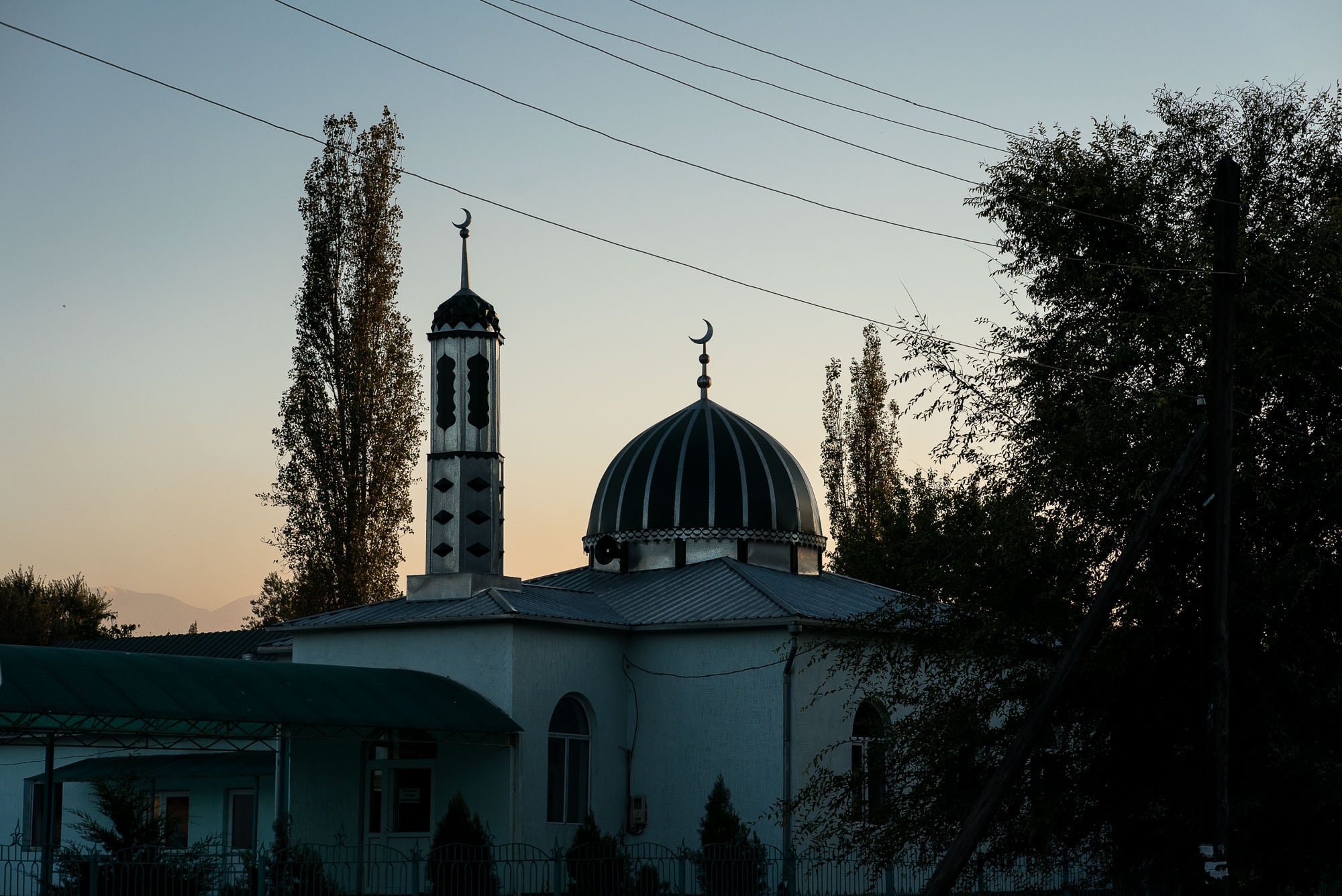 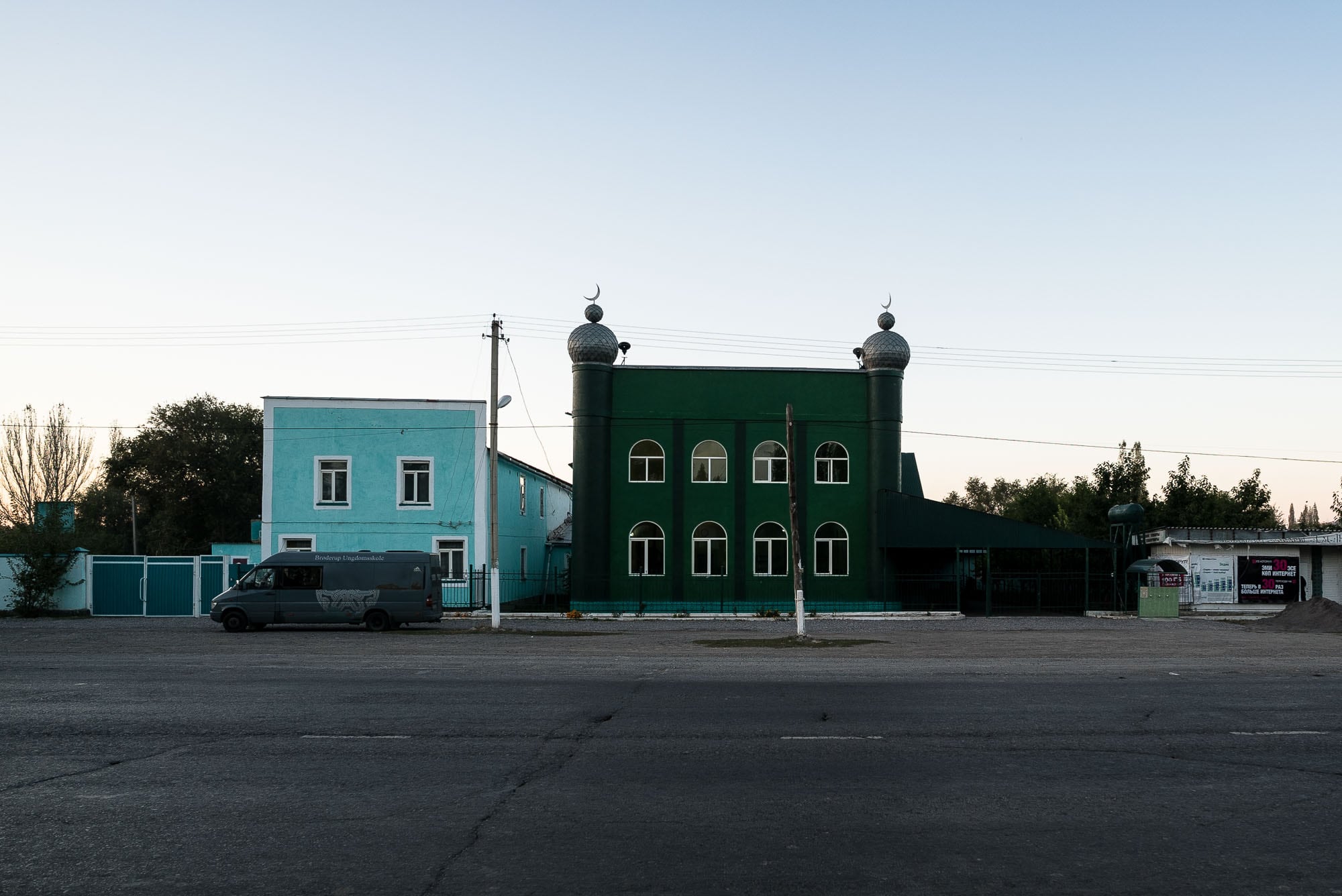 When I arrived in Kara-Balta it was already late: 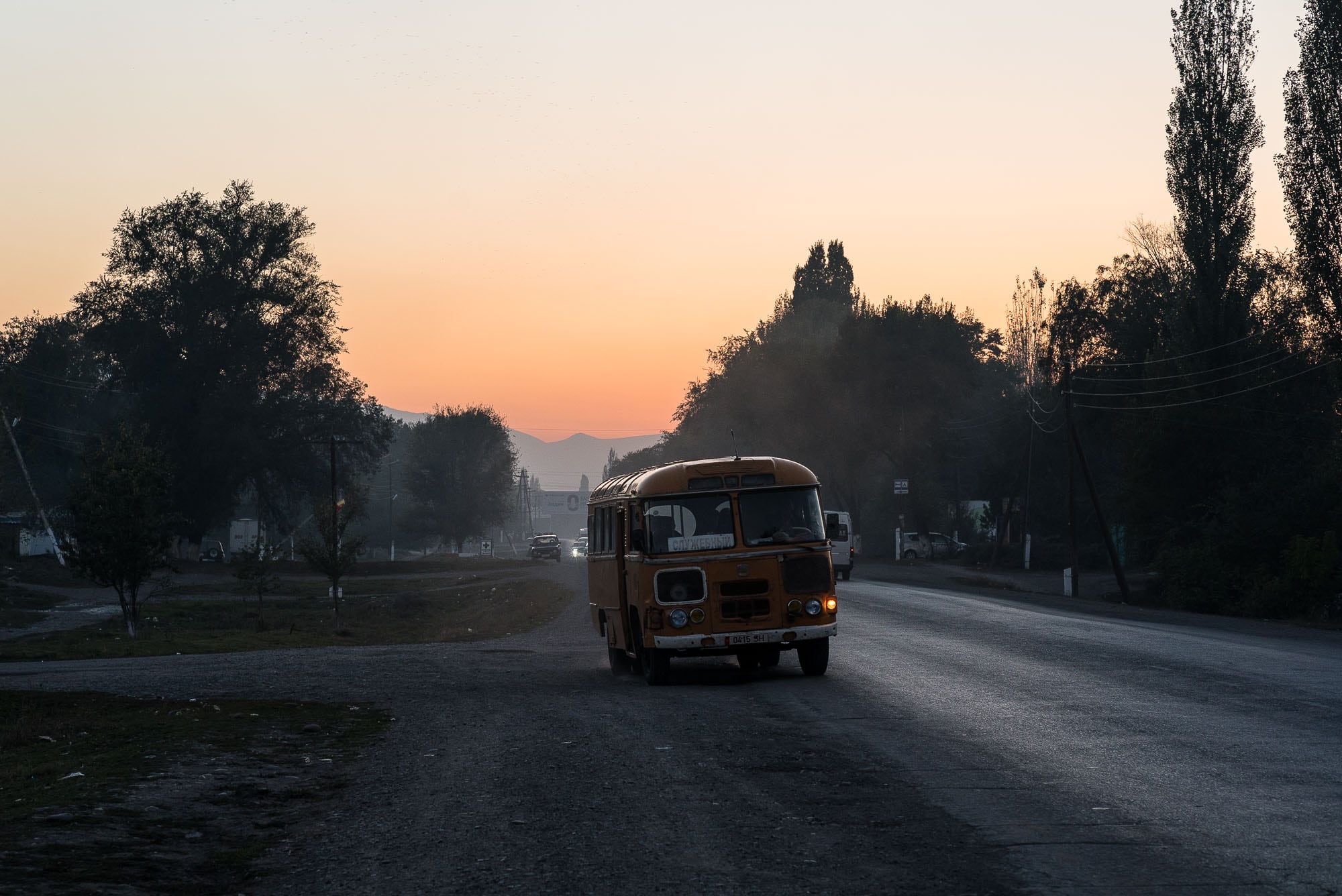 I steered the Caboose through nightfall… 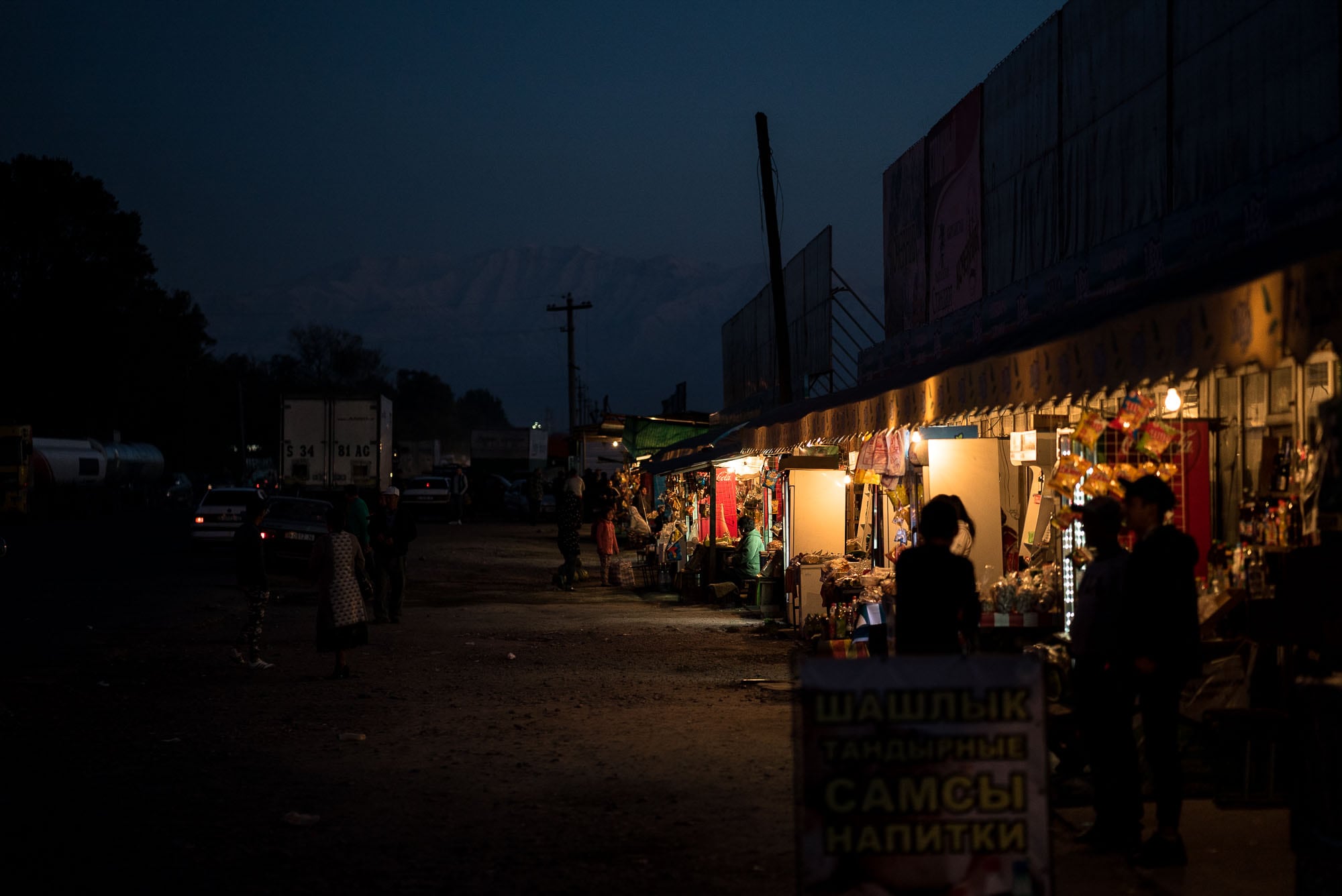 …and past the small-town traffic:

When I got to a place where the hotel was supposed to be located, a taxi driver I asked on the street warned me about it. “It’s not that good”, he said.

And he was right.

It was a relic from the old days. From the USSR. When I got there I had to walk past a fistfight, real old school, with guys screaming at each other at the top of their lungs, with swinging arms and other guys trying to hold them back.

The ladies who worked at the hotel were very nice, though.

They gave me a room in a long corridor: 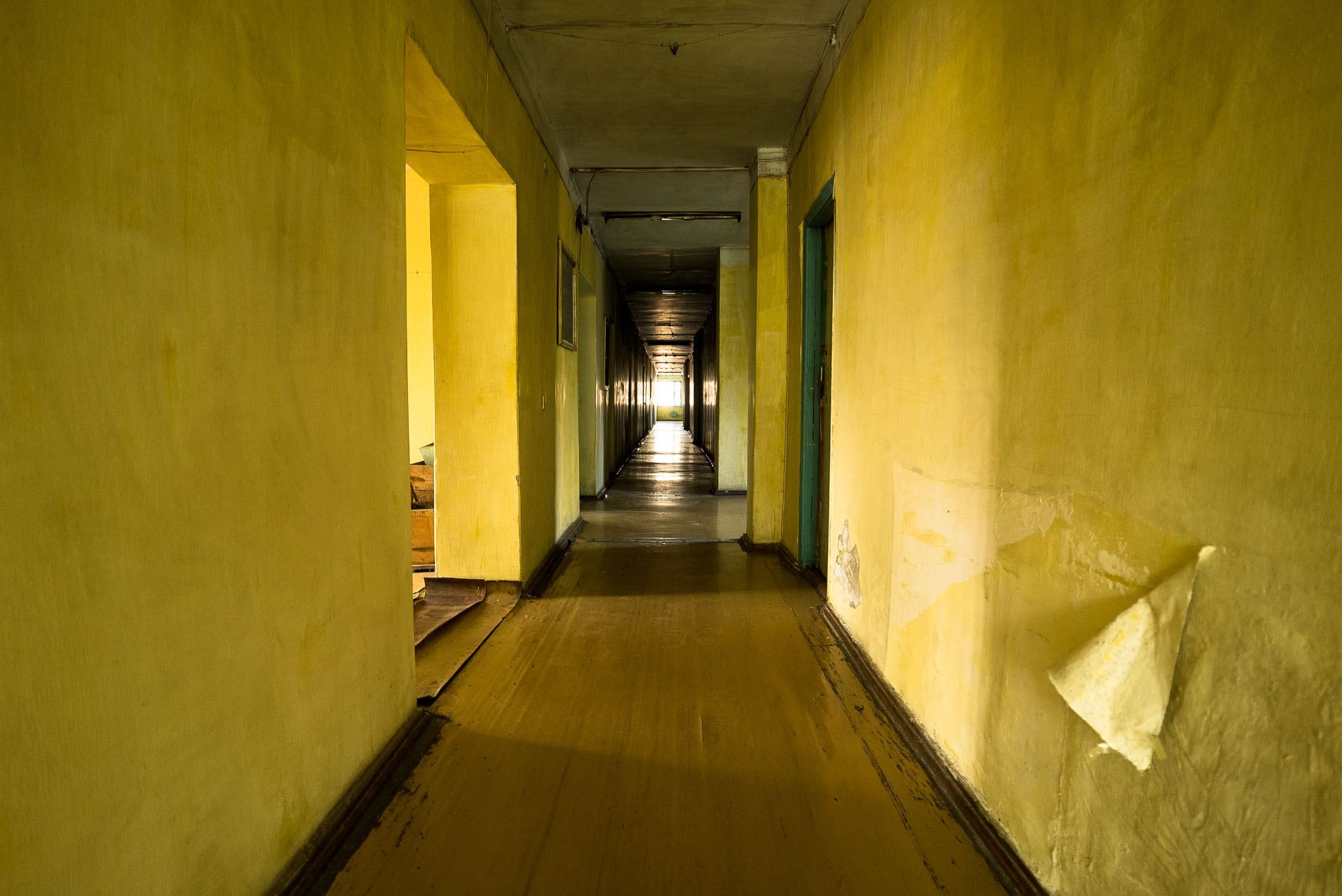 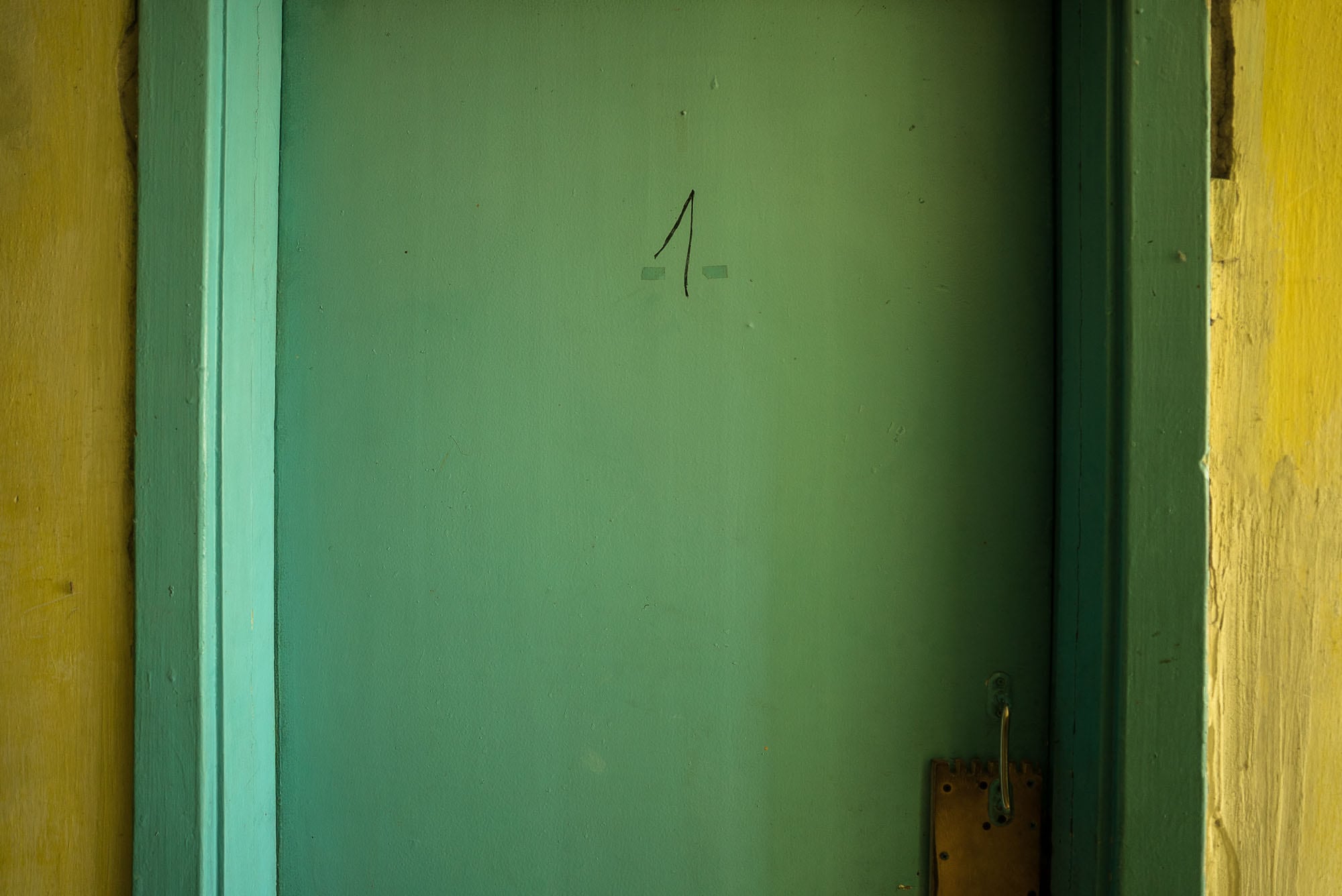 And as much as I would like to show you a picture of the room itself, I just can’t. Because the blog won’t let me upload the photo.

Here’s a shot of the bathroom instead: 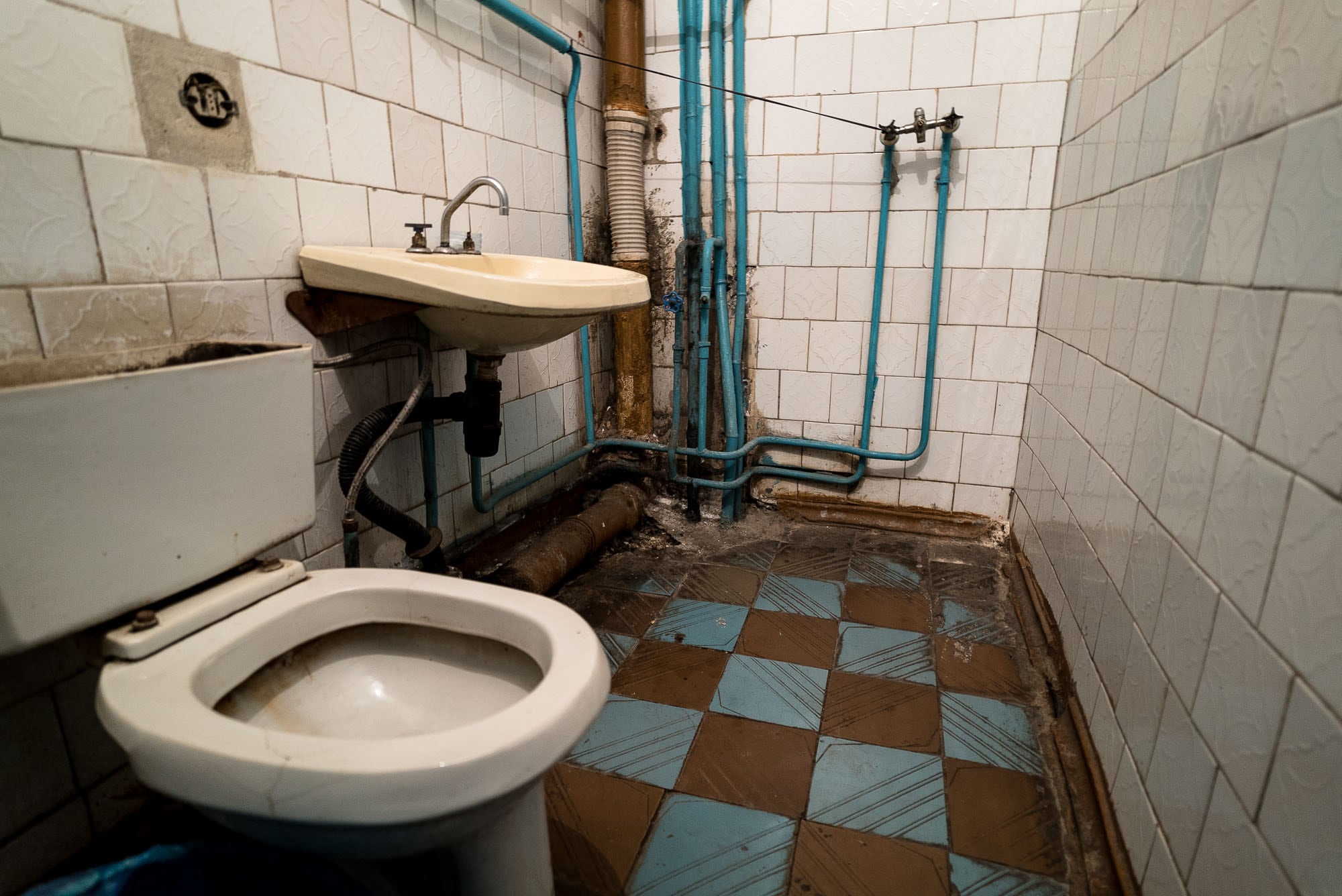 I only ate a bit of dry bread before going to sleep that night.

Because I didn’t want to end up having to use that toilet.