I didn’t leave right away.

Instead I went to a bazaar to find a new stool to sit on: 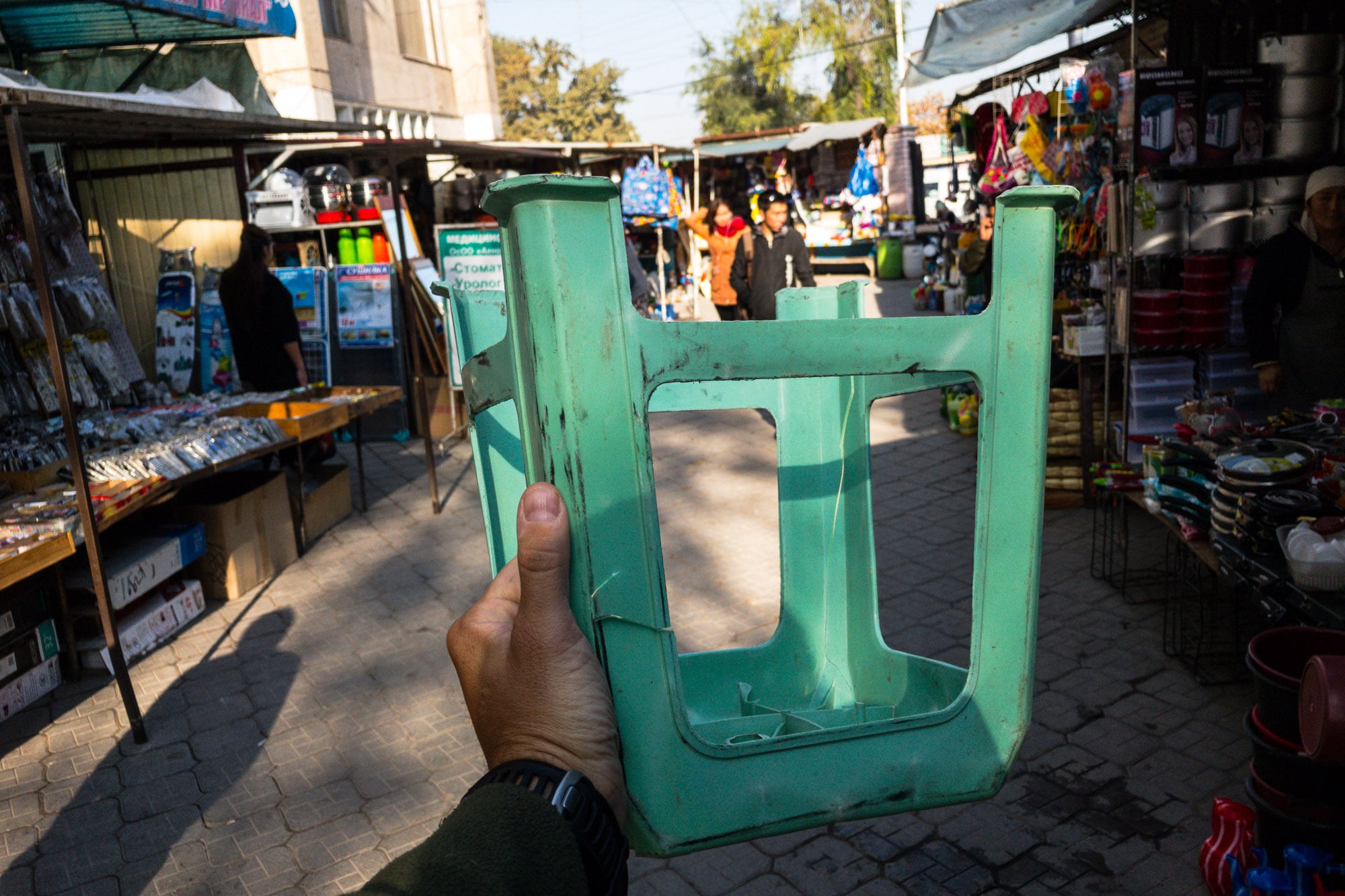 My old one (both of them actually, the green one and the blue one) had finally succumbed to my weight after eight years.

So I roamed Osh Bazaar for a little while: 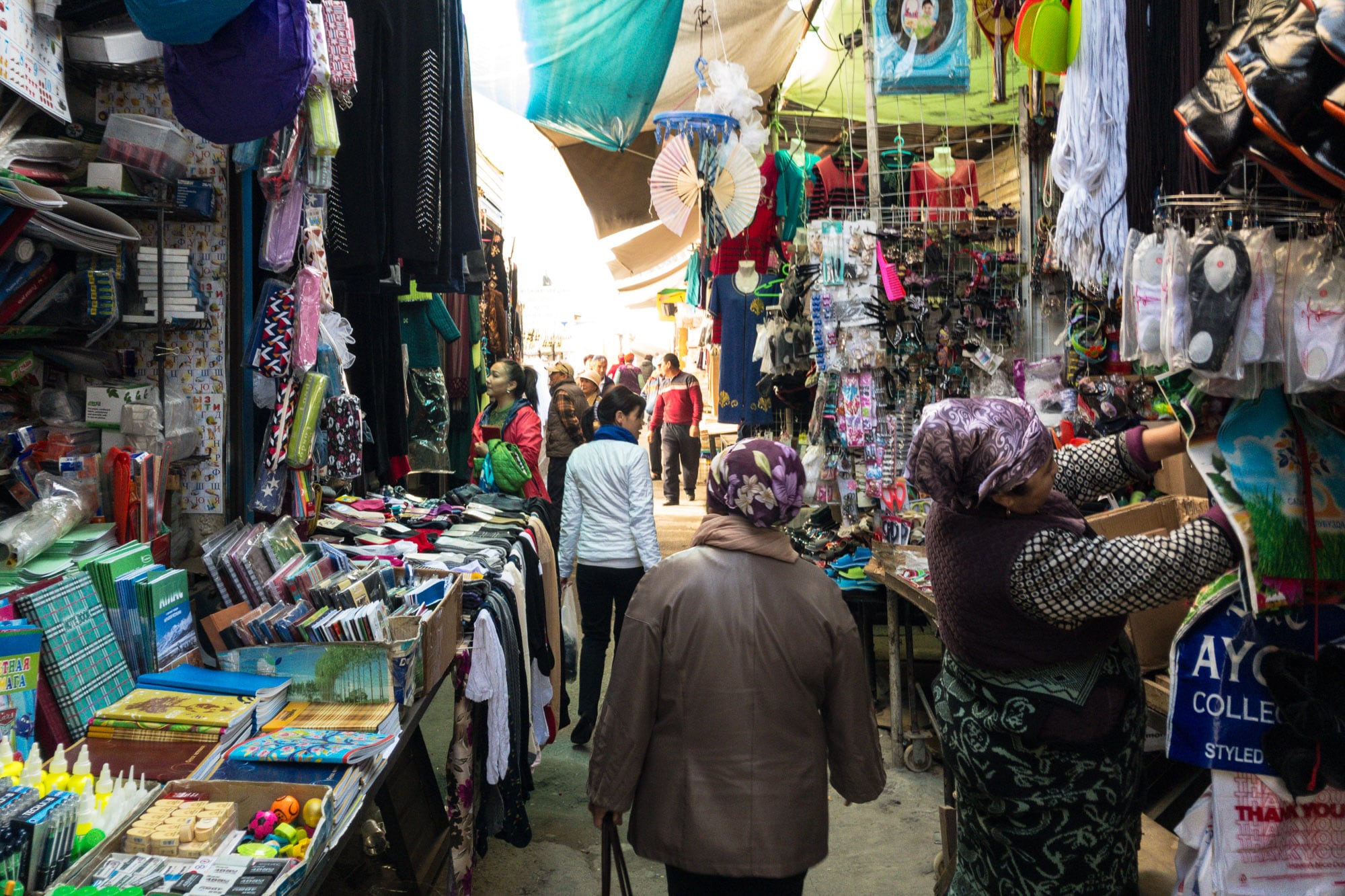 Until I found one: 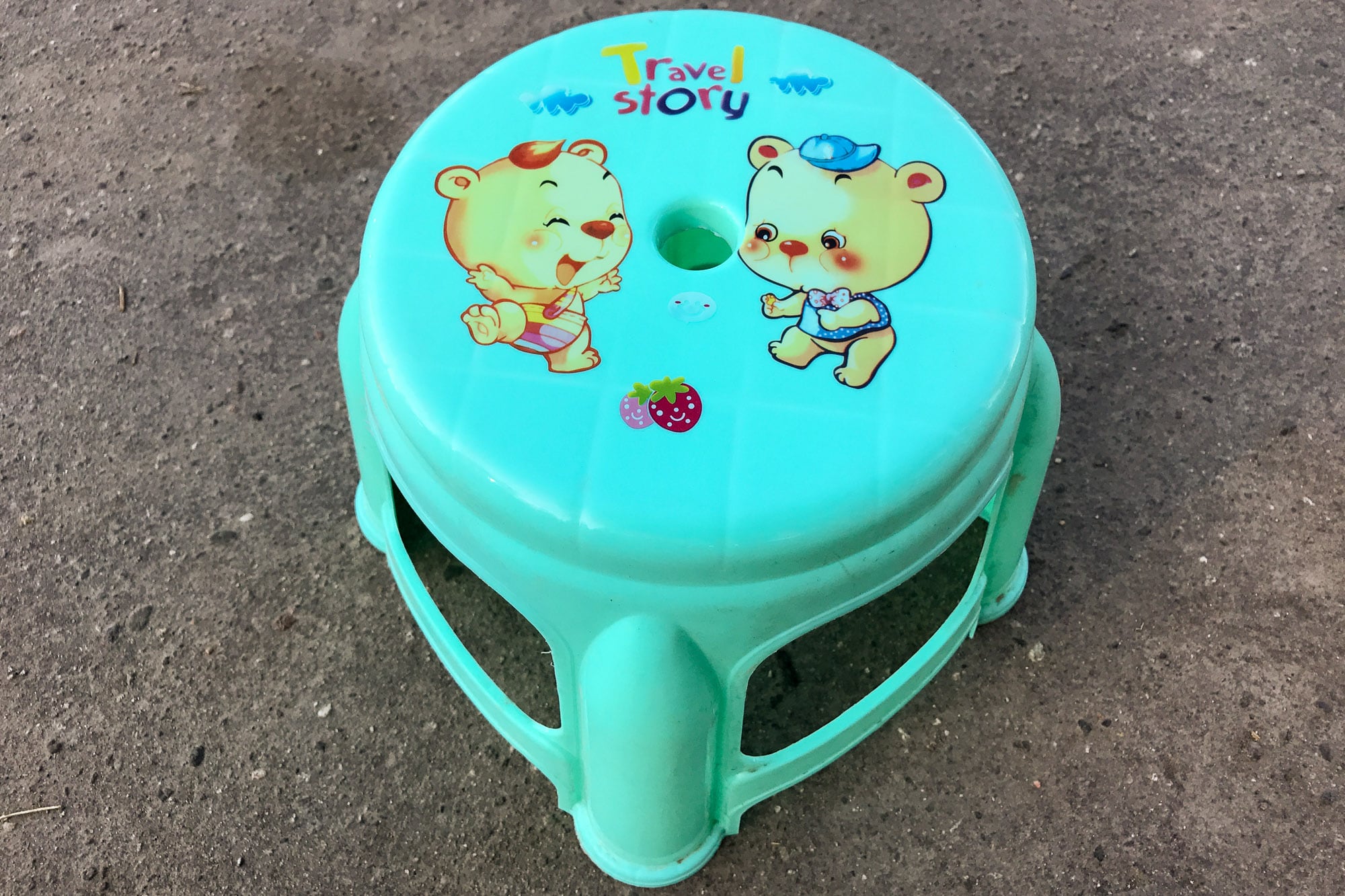 (I found two actually, a green one and a blue one.)

Then I went back to the hostel, loaded up the Caboose and left Bishkek.

The way out was basically just a long, straight road: 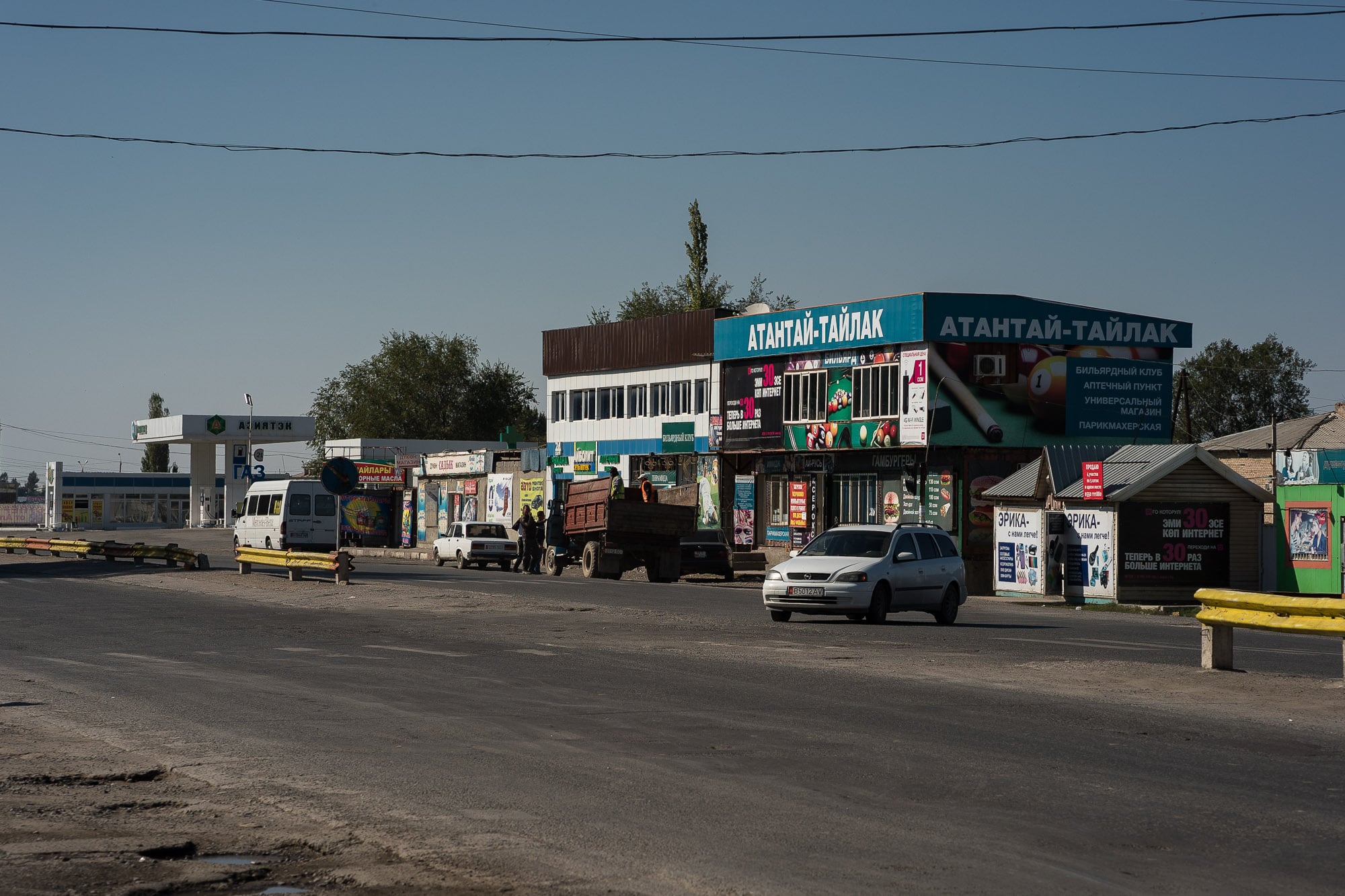 And there were lots of places where people could either repair or wash their cars.

This one was called Avantgarde: 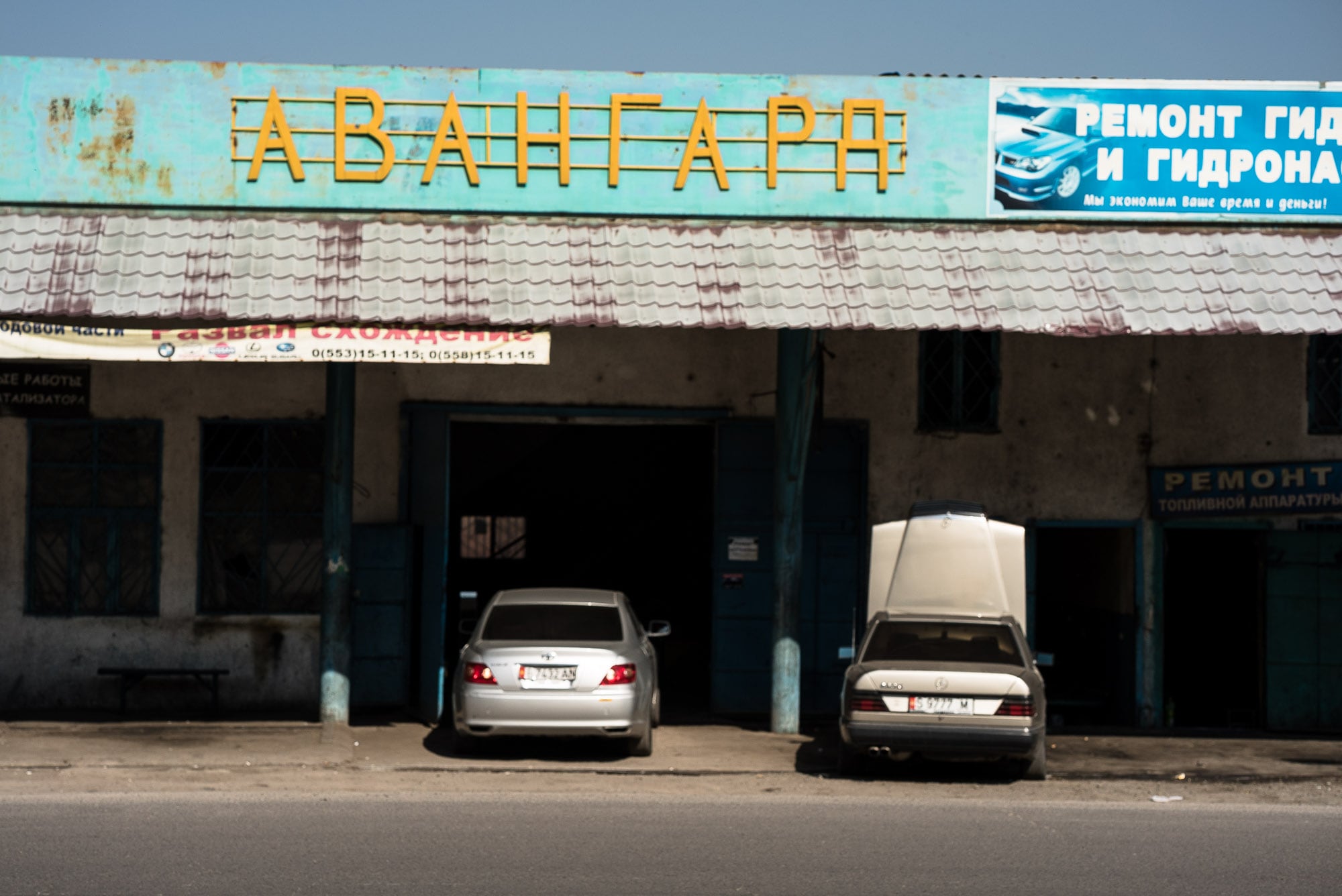 Lunch was in a nice little place next to the road, and it was a particularly good lunch: 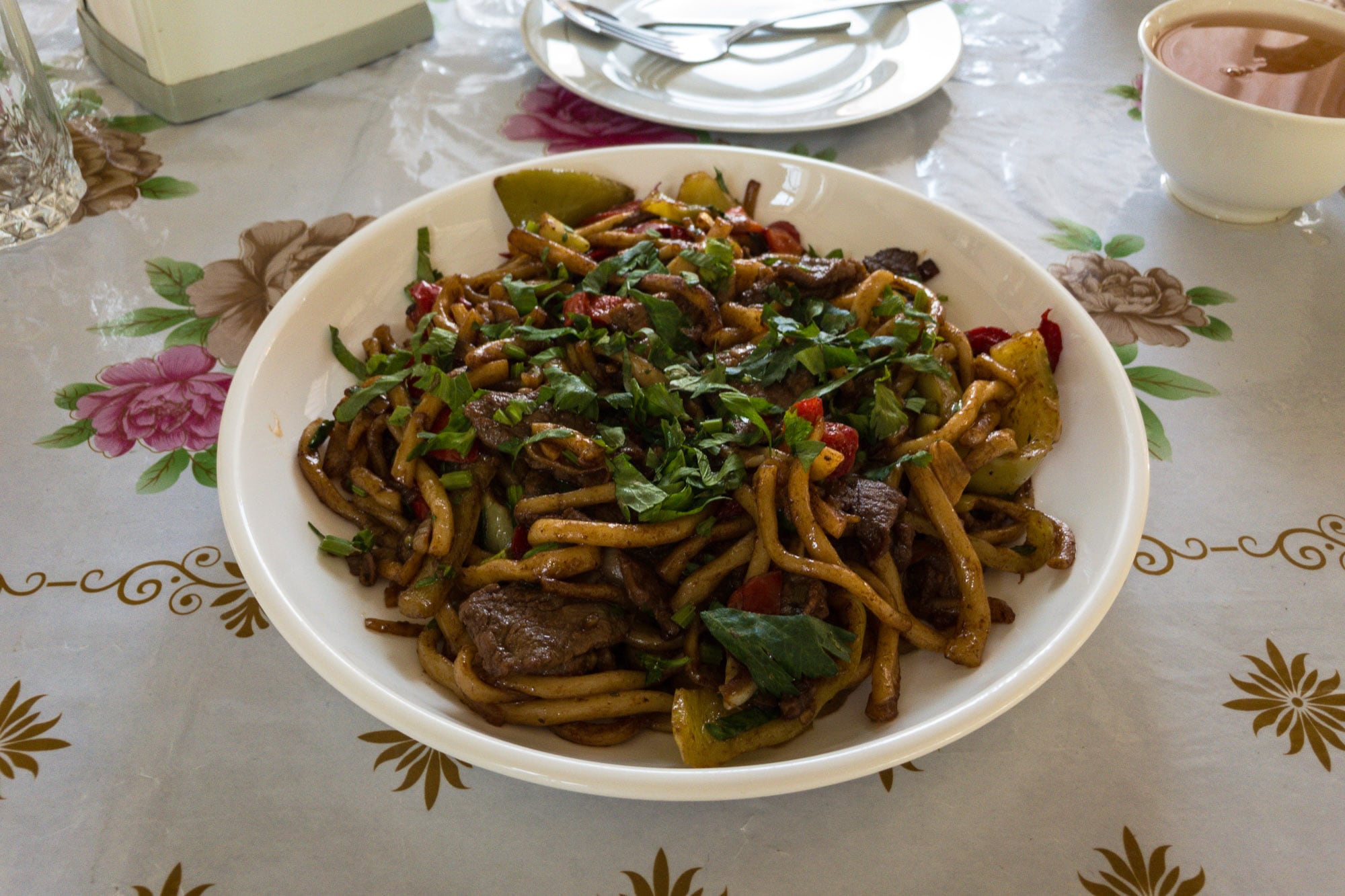 I passed a mosque on the way: 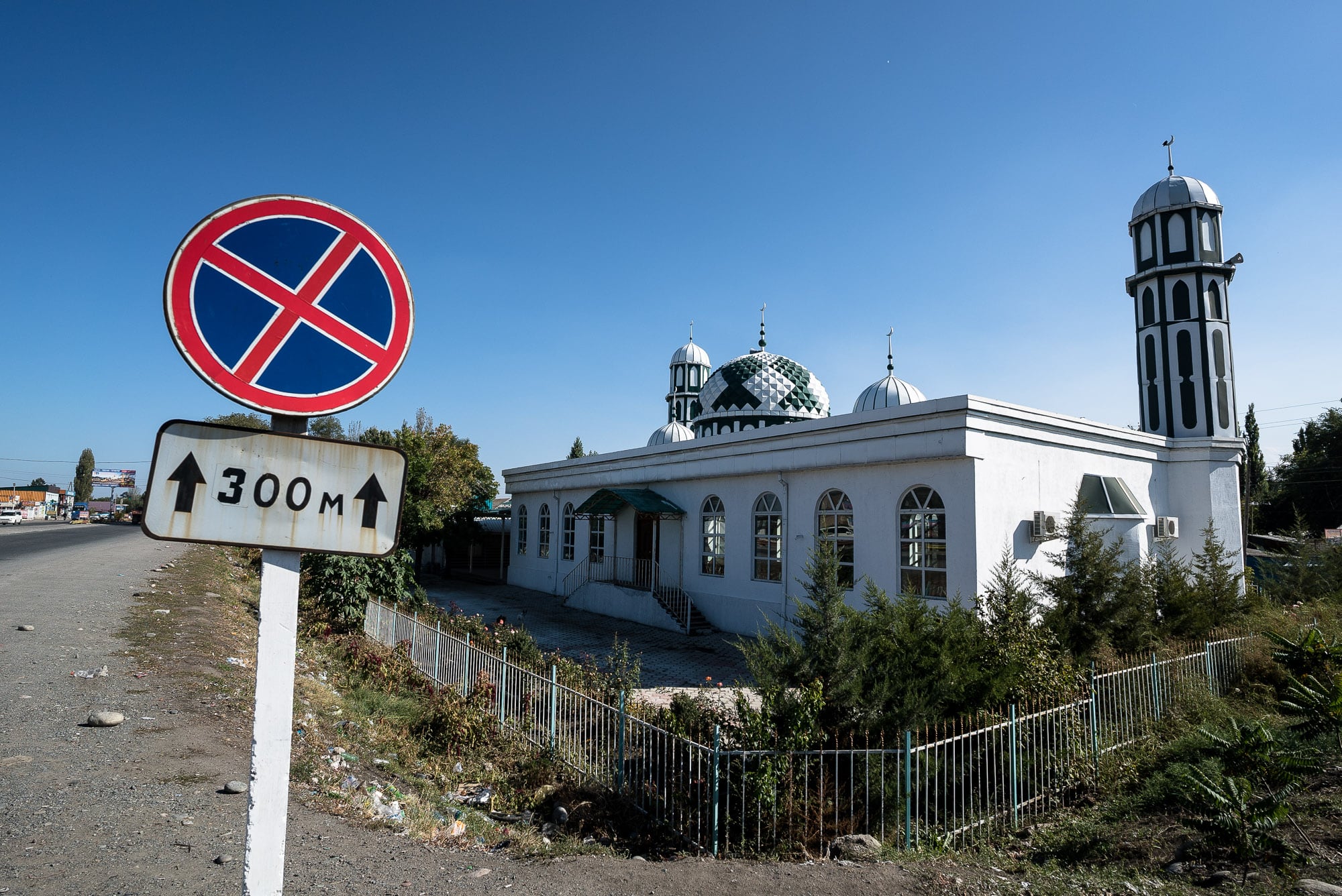 And a made a new walking video. I had been experimenting with a new video series I wanted to start. And after several failed attempts I had finally found a way to work around the limitations of the camera.

The series was going to be called “Let’s Walk”:

Now I only needed to improve the sound.

After a while I could see the open country: 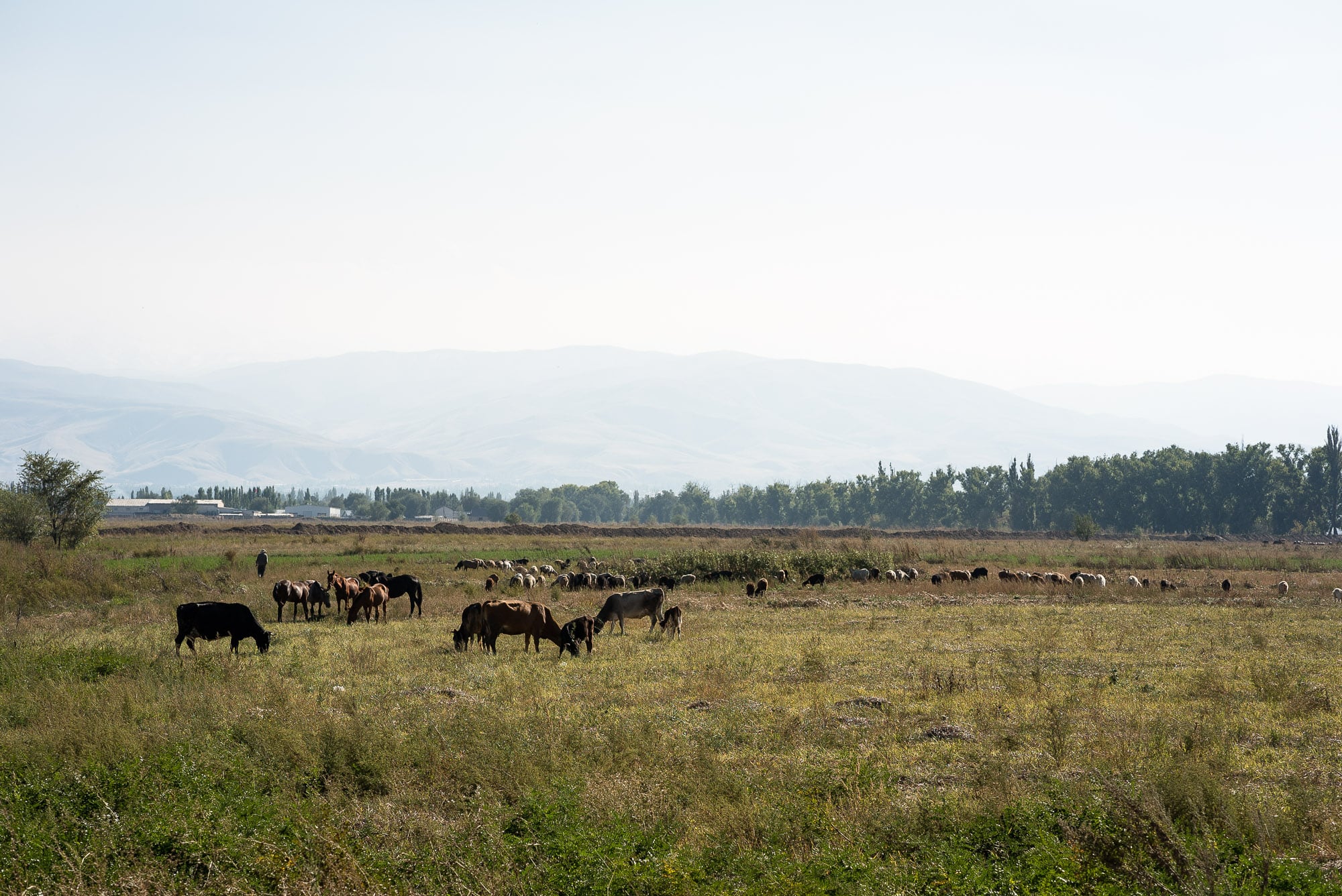 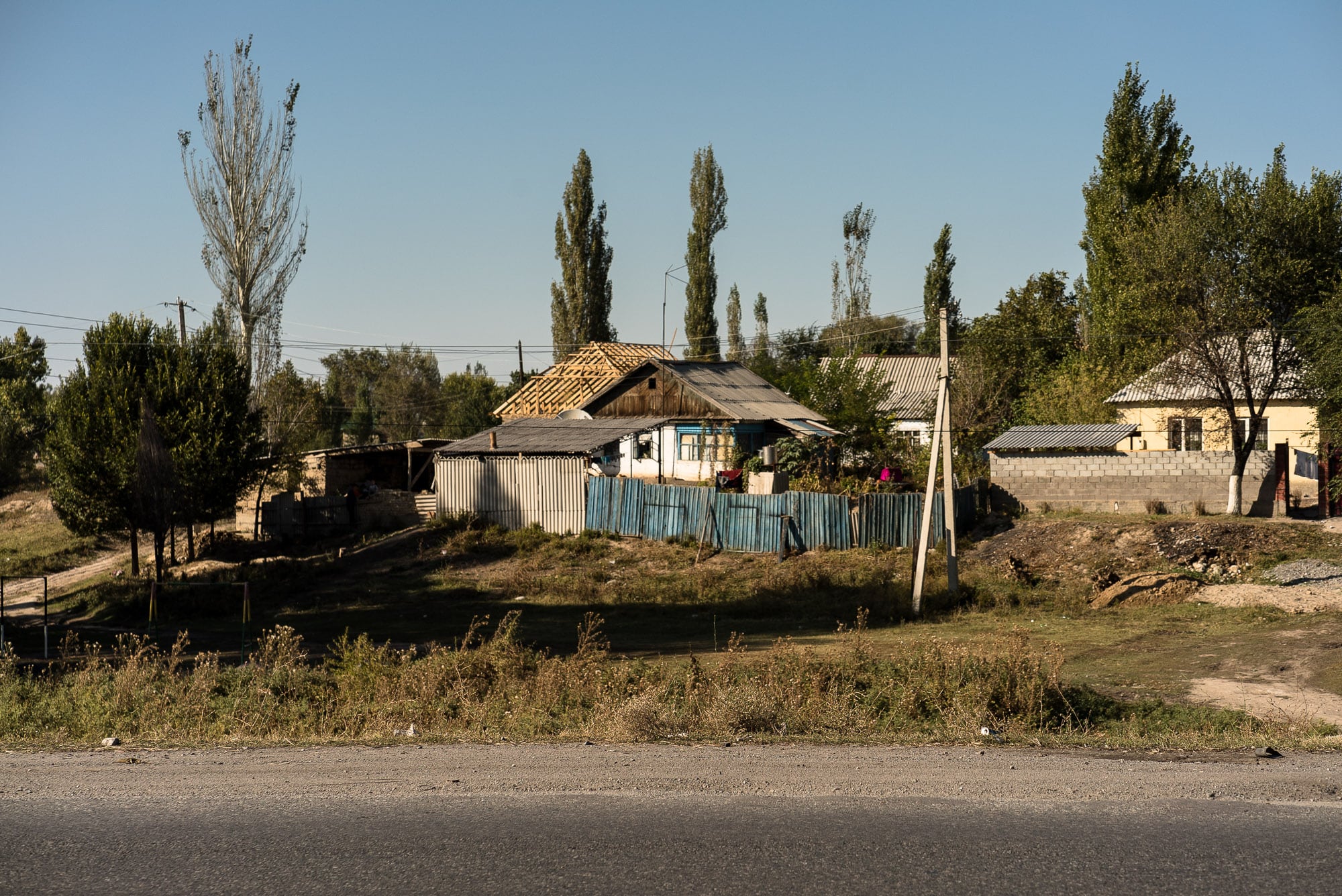 I was listening to a playlist made up of songs that you had recommended for me a few days ago when I was still on the border of Korday. Some of the songs were good.

And I was glad.

Then I reached Sokuluk, a small town with a big monument for the anti-fascist effort during WWII: 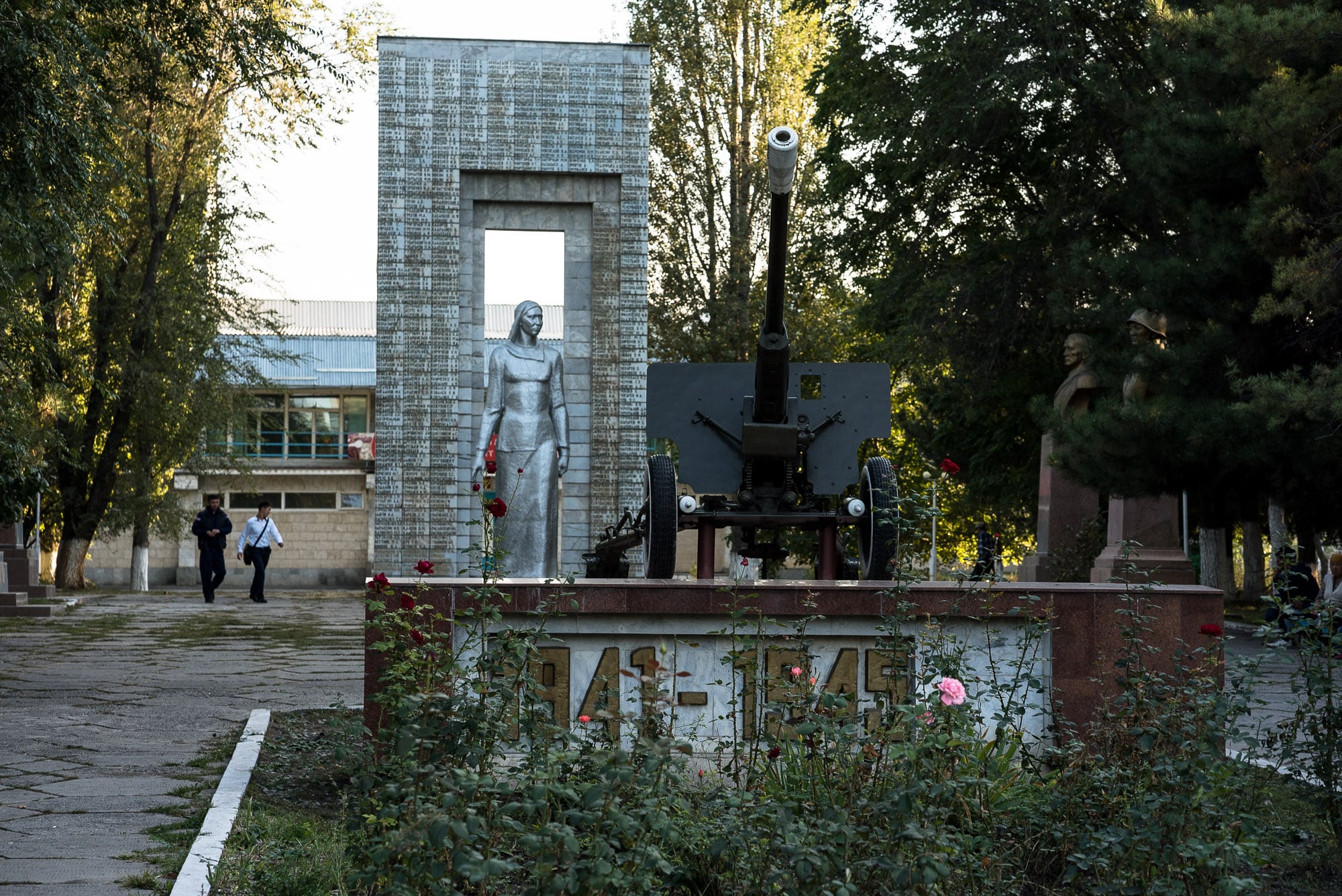 There was a strange “bridge” I had to cross: 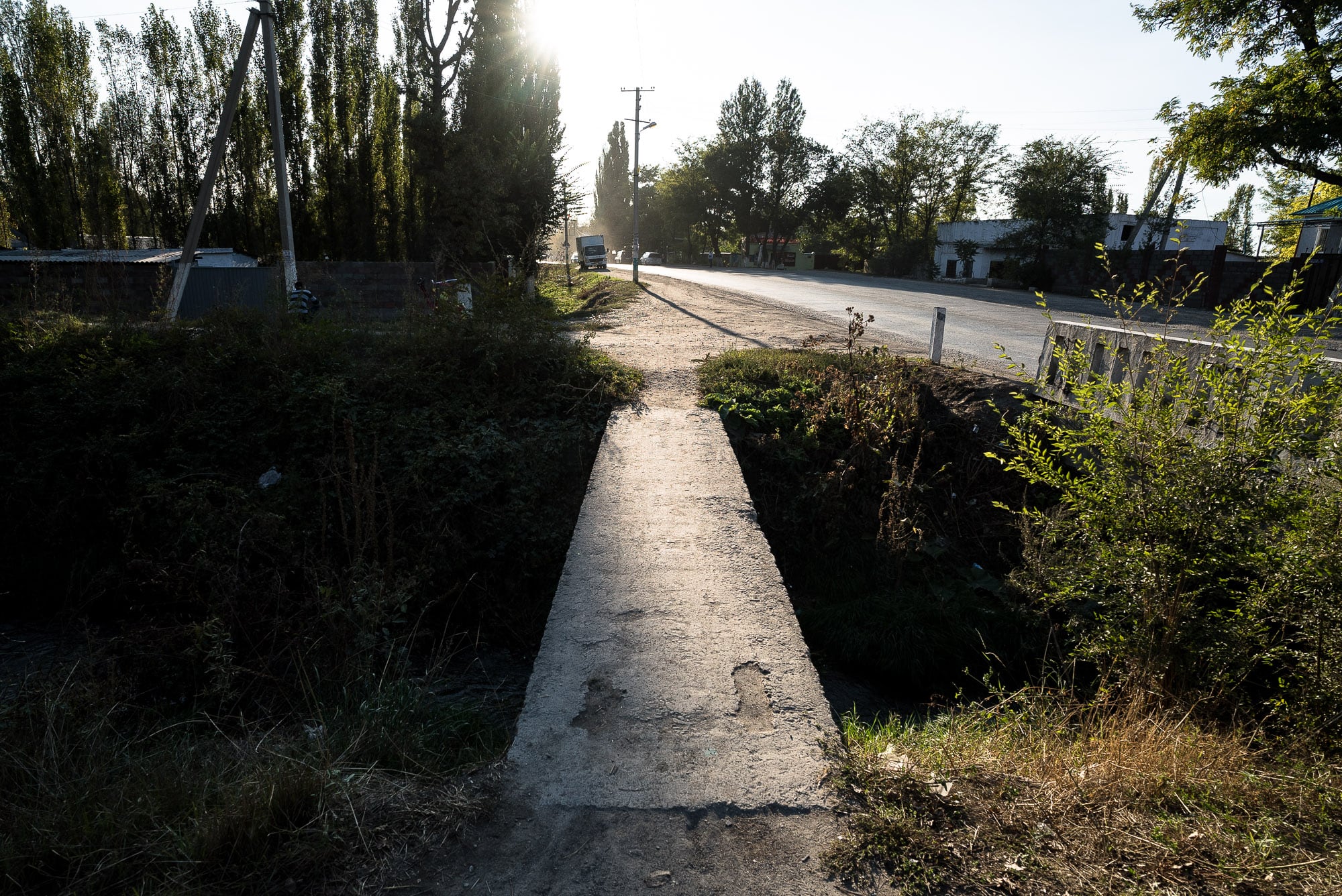 Well, I could have walked around it, but I was totally in the zone, adventure-mode revved up and all, so I walked the bridge and made a video of it:

Then there was this little guy who passed me on his bike, stopped and showed me the way to a hotel: 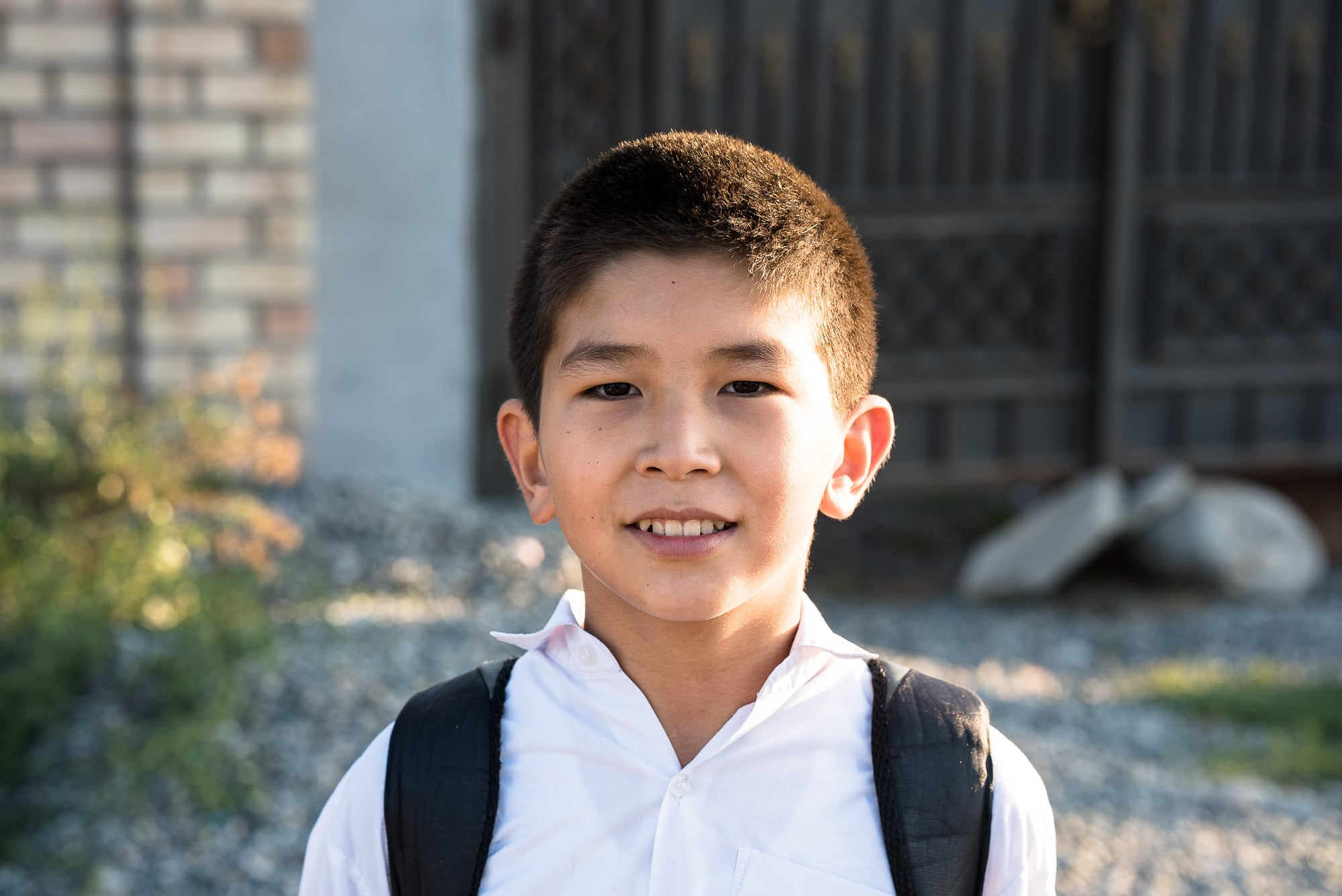 All the while I was hoping that he hadn’t seen my excitement about the bridge.

When I arrived at the hotel, there were several ladies who were working there. They were all very friendly. A drunk man was there, too, he was not just a little drunk but very drunk, and everyone seemed to be annoyed by him.

The room I got was okay.

And the shower! It didn’t look like much, but it was one of the best showers I’ve ever used: 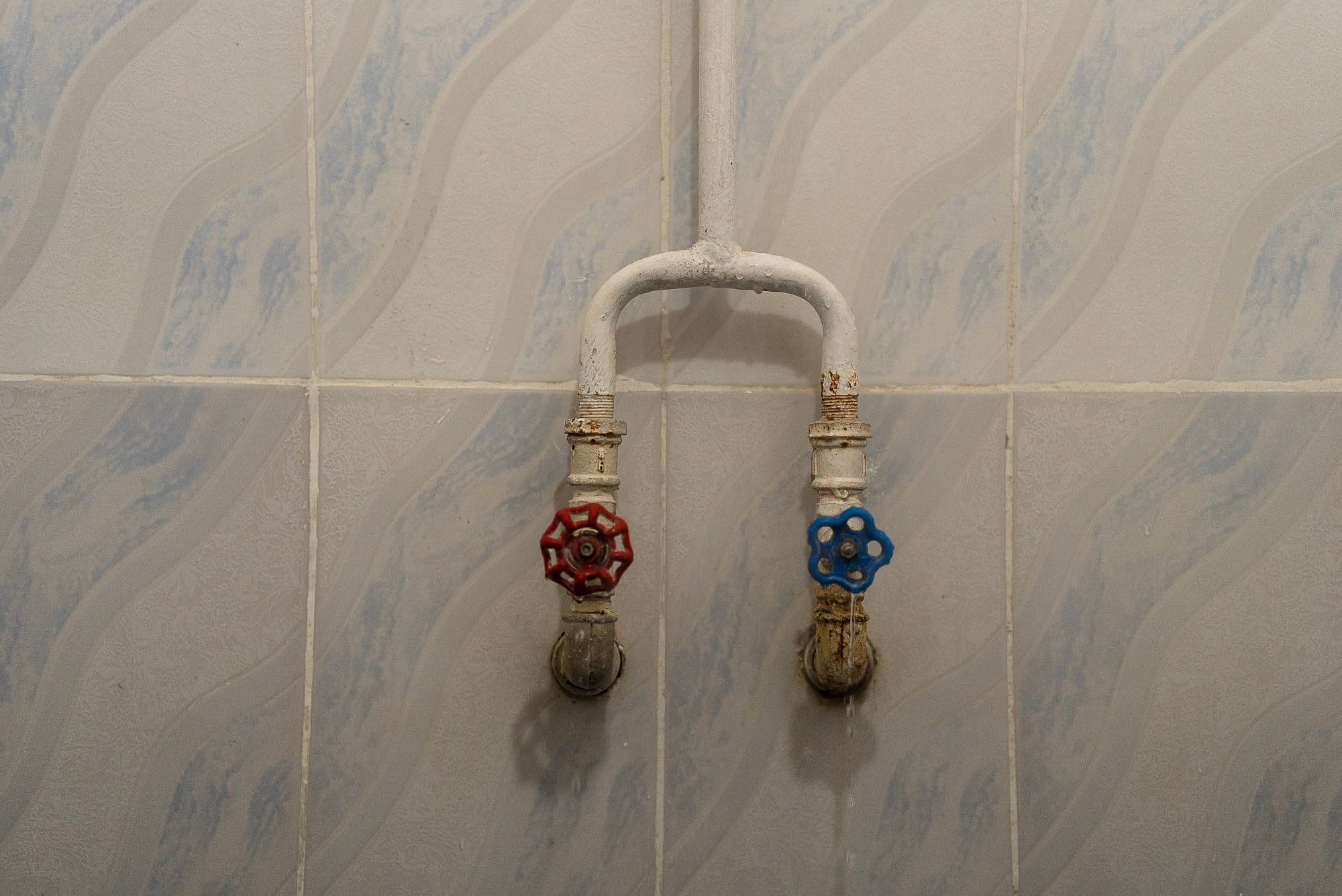 Now, what was so good about that shower, you ask?

I don’t need much porcelain. I just want the water to be good.

So I was glad.

Day 524
from Bishkek to Sokuluk