So the person behind the window (it had been window number 4) had told us to go to a certain address the next morning.

The next morning – that was today. So we went to this building that looked like it was from Soviet times: 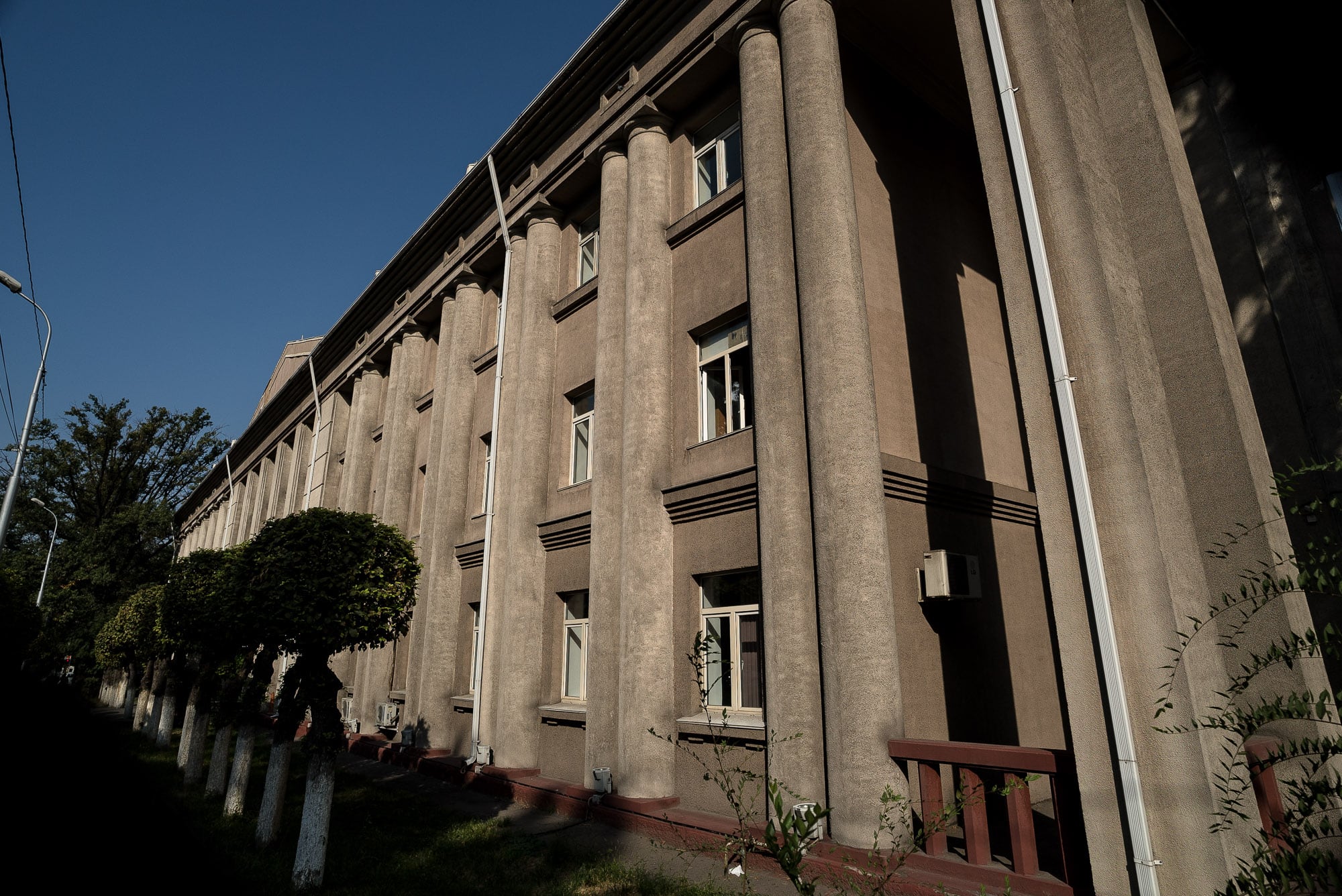 And within the building, it seemed to be just corridors: 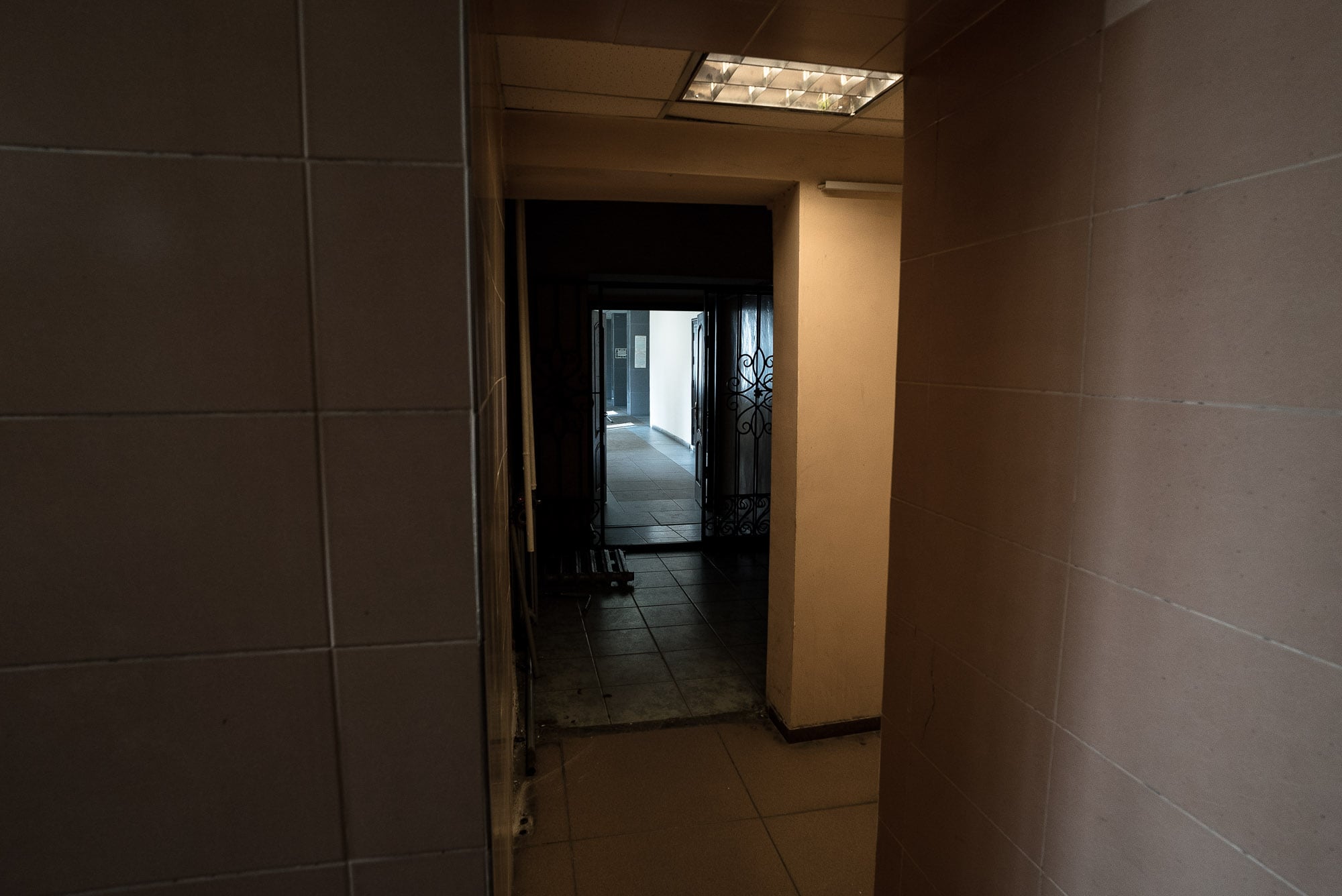 Until finally, after some searching, Virgil and I arrived in a room that was filled with police men. I looked around: there was a pile of police hats on a shelf. There was much handshaking and much standing around importantly. One policeman was hacking something into a computer keyboard.

We were told to wait outside.

Then, just when we thought we couldn’t wait any longer, we were called back into the room. That’s when we had to write a huge paper explaining the whole visa situation. And we had to write it by hand! I looked around: there were other people, and they were also trying to write things on paper.

Aha, I thought, so this was the third circle: a place where the forsaken ones had to write their sins over and over again to the sound of the handshakes and the grunts of policemen.

After this, an oracle in police uniform told us that I was facing three possible consequences:

WTF, we said to each other, Virgil and I: WTAF?

And since we had been told to wait until the afternoon and then go to yet another place, we went to a café and each had a sad salad.

I wrote my worries down into my diary: 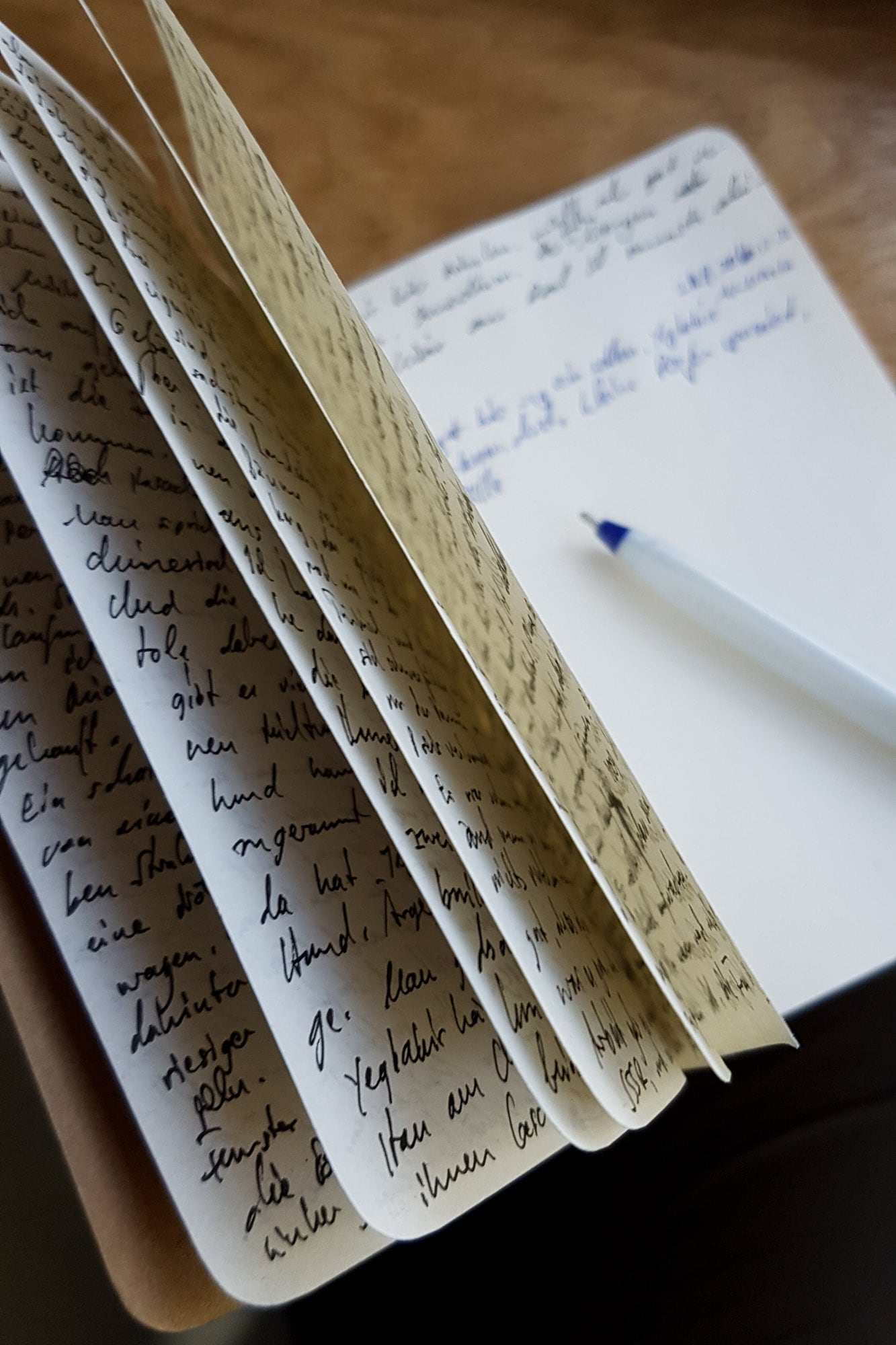 And I understood that this was the fourth circle: you were being cast out of the other circles, seemingly free, but in reality you were left alone with your fear. A fear that had been carefully implanted within your heart.

I dreaded every minute of it.

We went to the next place right on time. It was a courthouse: 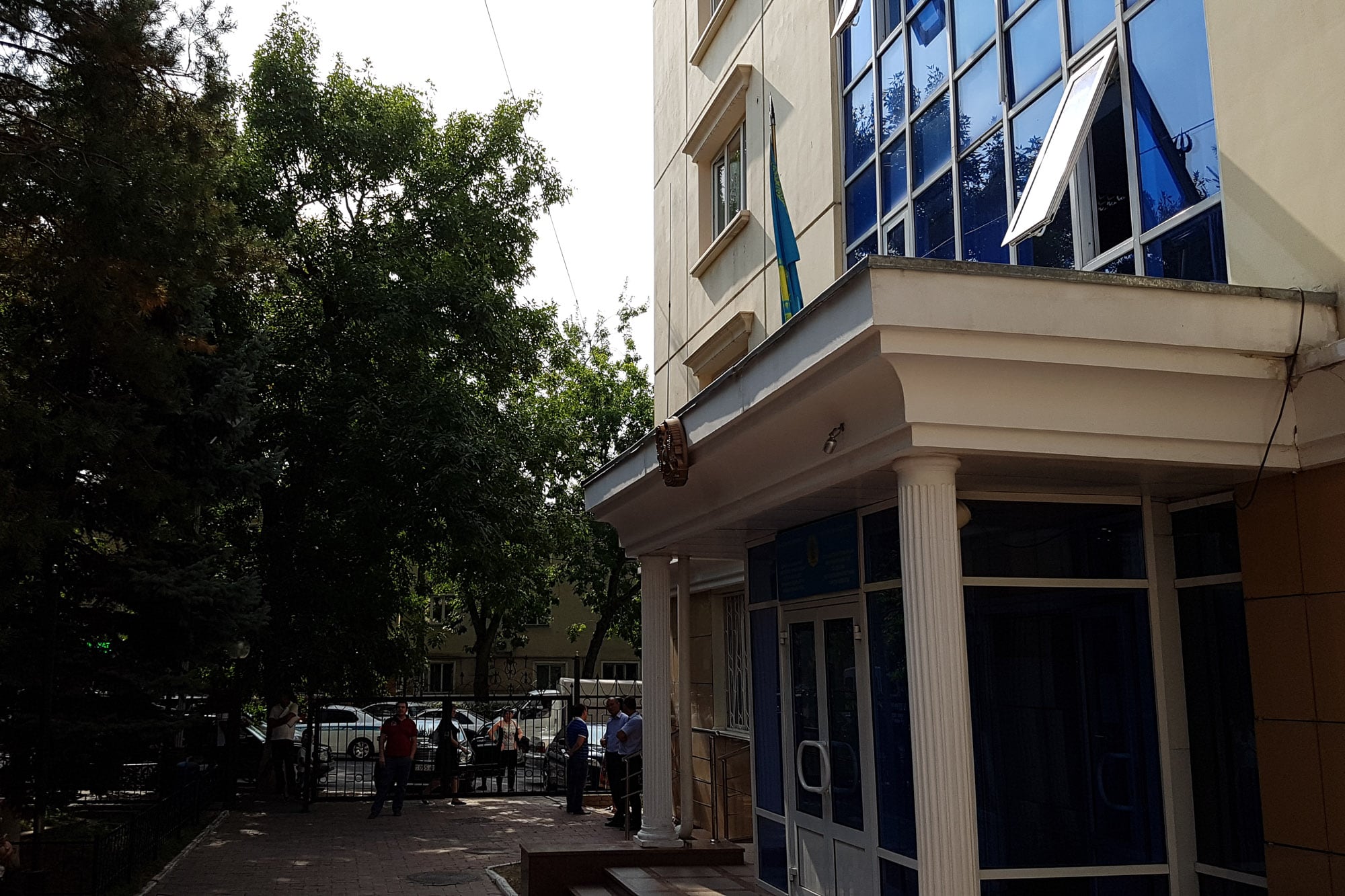 Or rather, it was a building where a lot of people were waiting, and in this building were little rooms where court procedures happened.

We were told to wait outside.

Then we were told to go past the main entrance and wait in a yard inside: 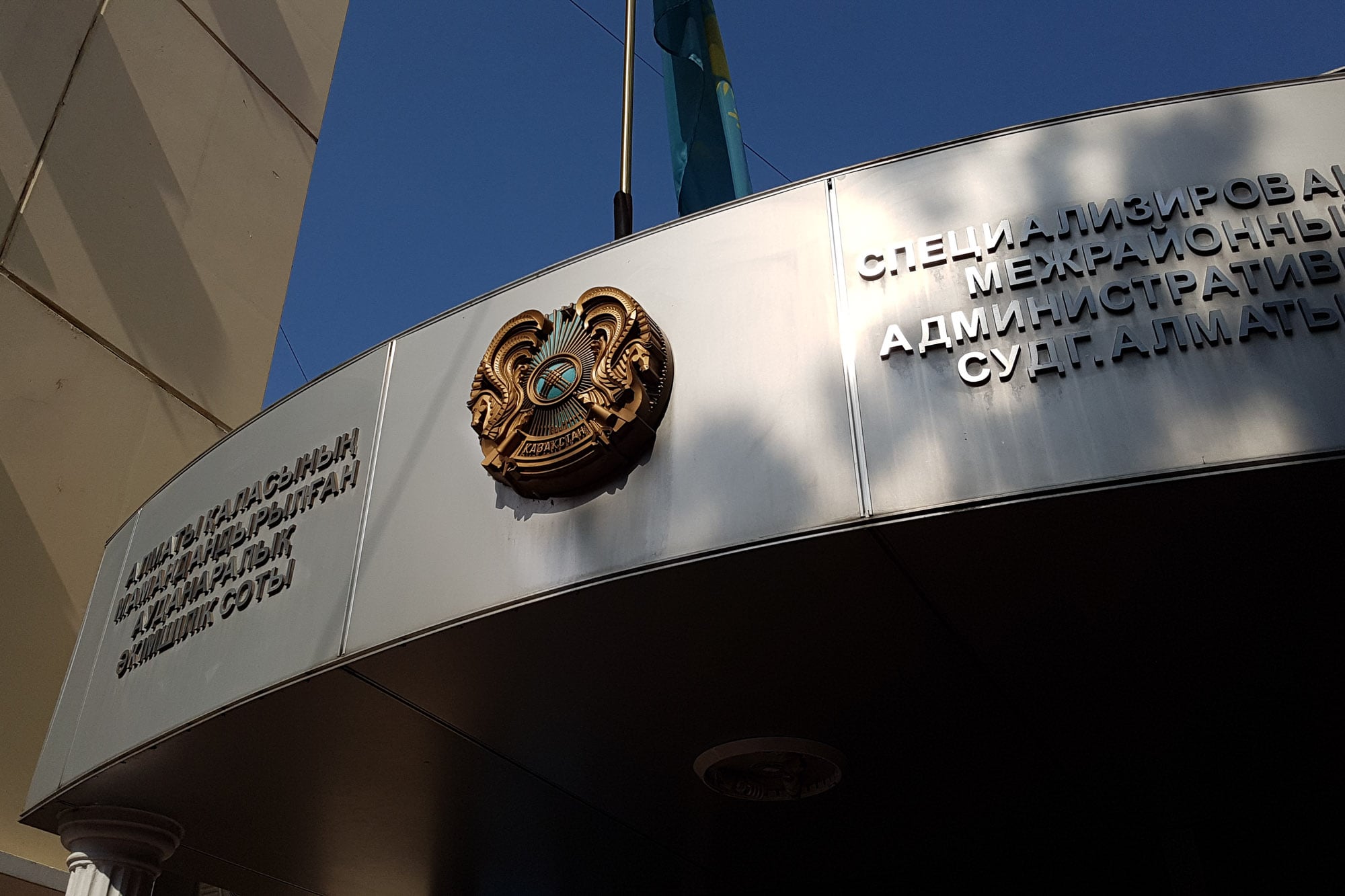 We saw some migrant workers who were apparently from Uzbekistan. They were also waiting. They didn’t look very optimistic. A few of them were arrested right there, while they were still waiting for something else to happen.

Then we were told to wait in the building, next to the door of a courtroom.

This was the fifth circle, and I realized that this was a place where souls were tortured simply by making them wait until they forgot what it was they had been waiting for.

Then suddenly, everything happened really fast: we were ushered into a room, a judge in a judge robe asked me some things, I tried to answer, then he asked me some other things, to which I again tried to provide the appropriate answers, and in the end we established that the visa that I had been on was only a one-time visa. It was a misunderstanding on my part. The judge told me to pay a fine, then he grabbed a little hammer and let it slam on the table just like they do in the movies.

The sixth circle, I thought as we were being pushed out of the courtroom. This had been a place where people looked at you from suspicious eyes in a small room until you started feeling guilty inside. Not confused. Not mistaken. Guilty.

I paid the fine at a fine-paying machine. This seemed to be a nice touch, an attempt to rid the country of corruption.

But did this mean that I was free to go?

“Come back tomorrow in the afternoon”, someone said.

Come back where? I asked. Here?

“No, of course not here”, they said. “Go to window number four!”

So I extended my hotel room for another night. Had a taxi ride with a friendly Kurdish driver who seemed to understand all my troubles (when he wasn’t on the phone): 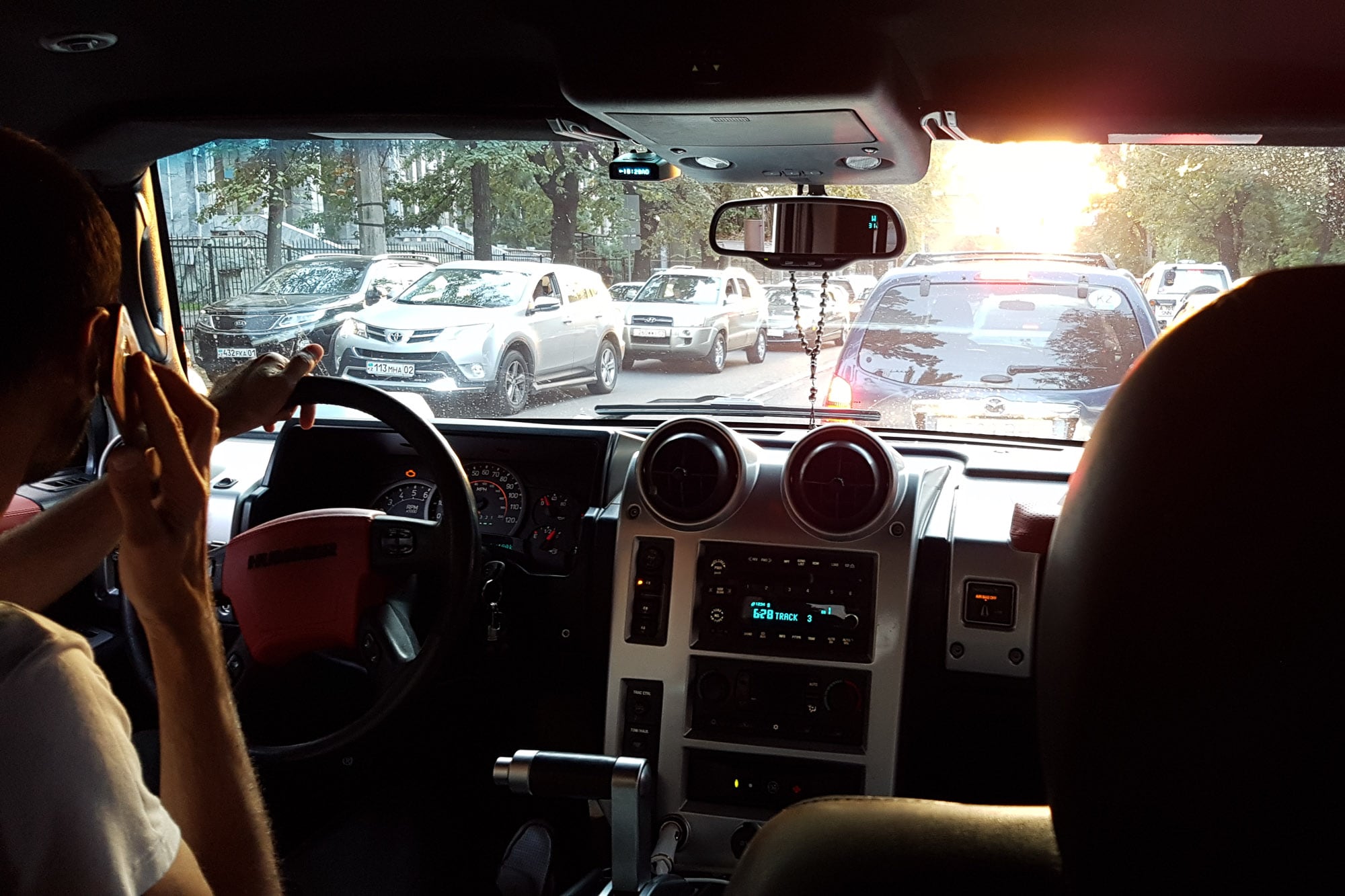 And then I got this shirt: 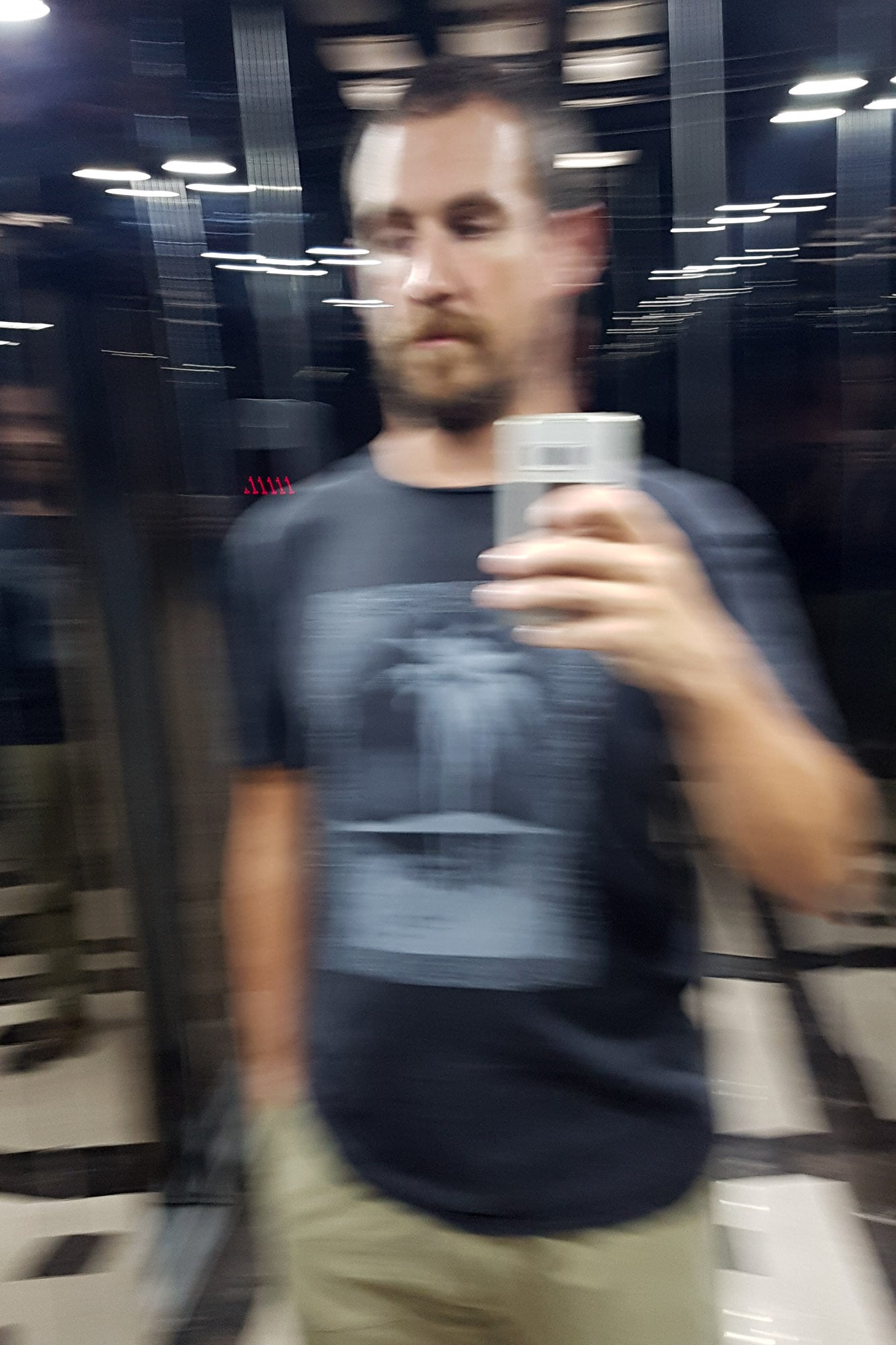 Because I really needed a shirt.