When I left the little town of Uzynagash in the early morning, I was feeling weak. My allergies had returned, and I was still struggling with a case of bad stomach.

It was okay though. I went to a pharmacy to get some meds, then I went to one of these shops to get a few bottles of water and some cookies: 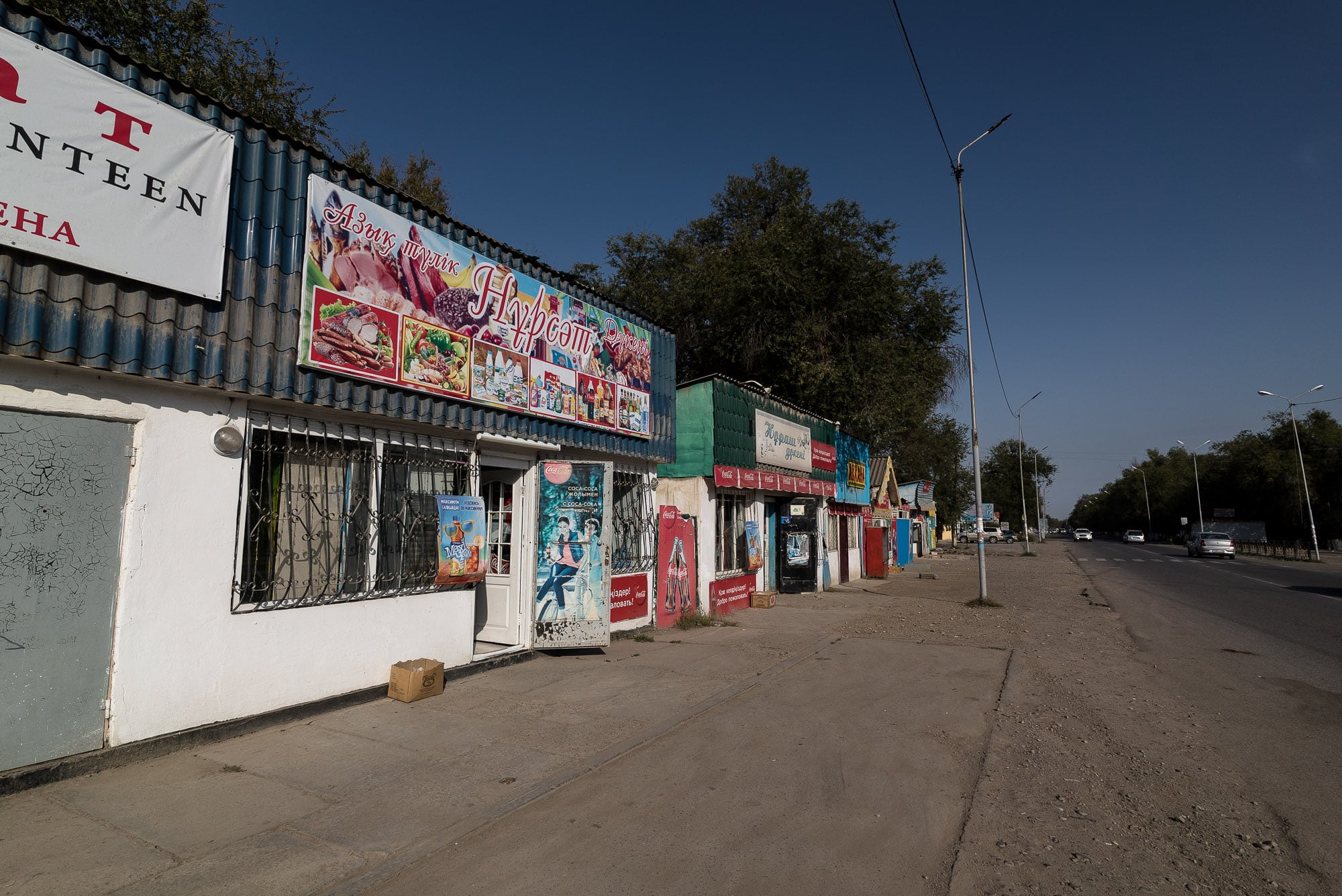 The road from Uzynagash was quiet.

I was happy when I saw this sign because it confirmed an observation that I believed to have made: 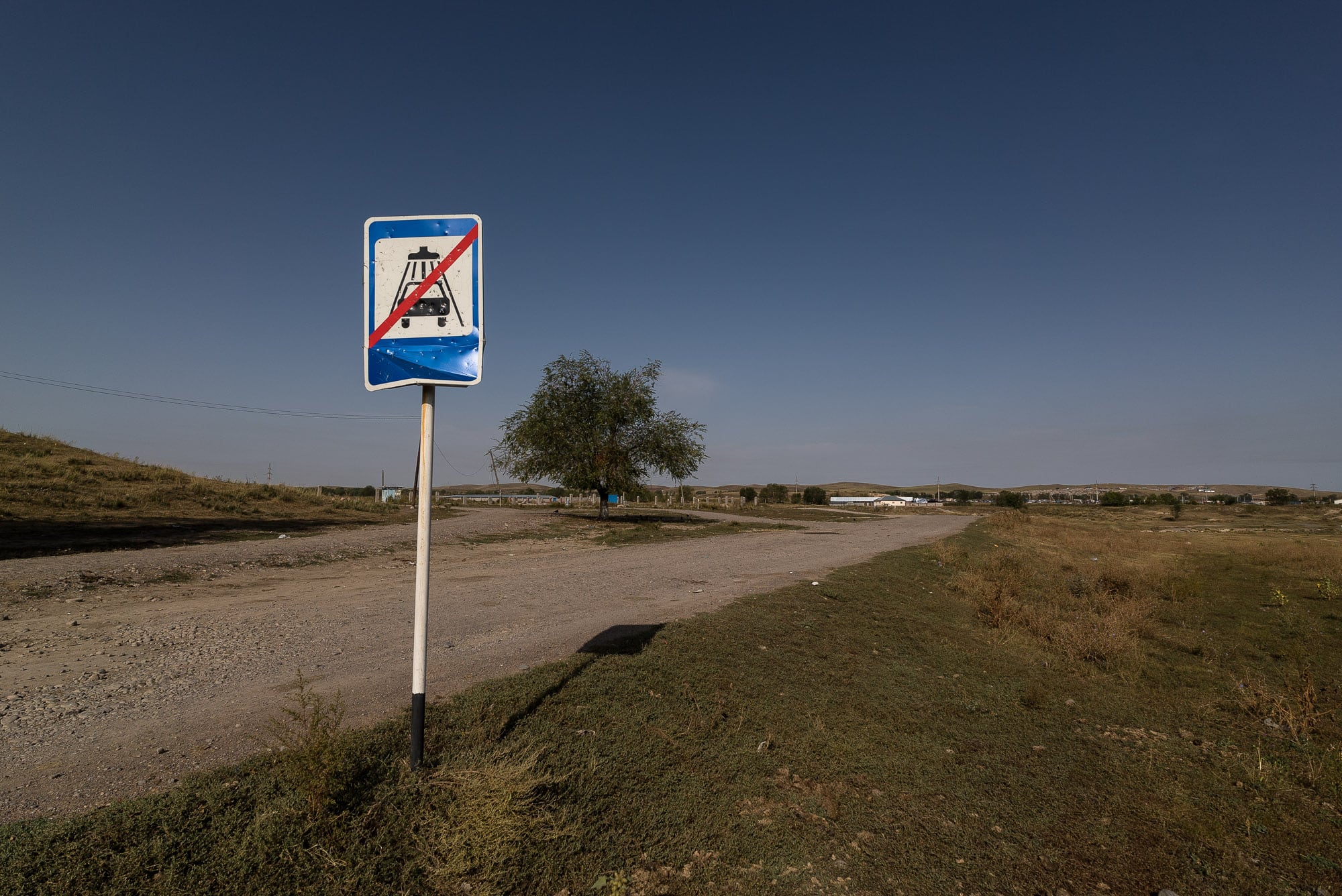 People in this part of the world really liked to wash their cars. For whatever mysterious reason.

When I came close to the main road I saw a road sign that told me to either go to Almaty or Bishkek: 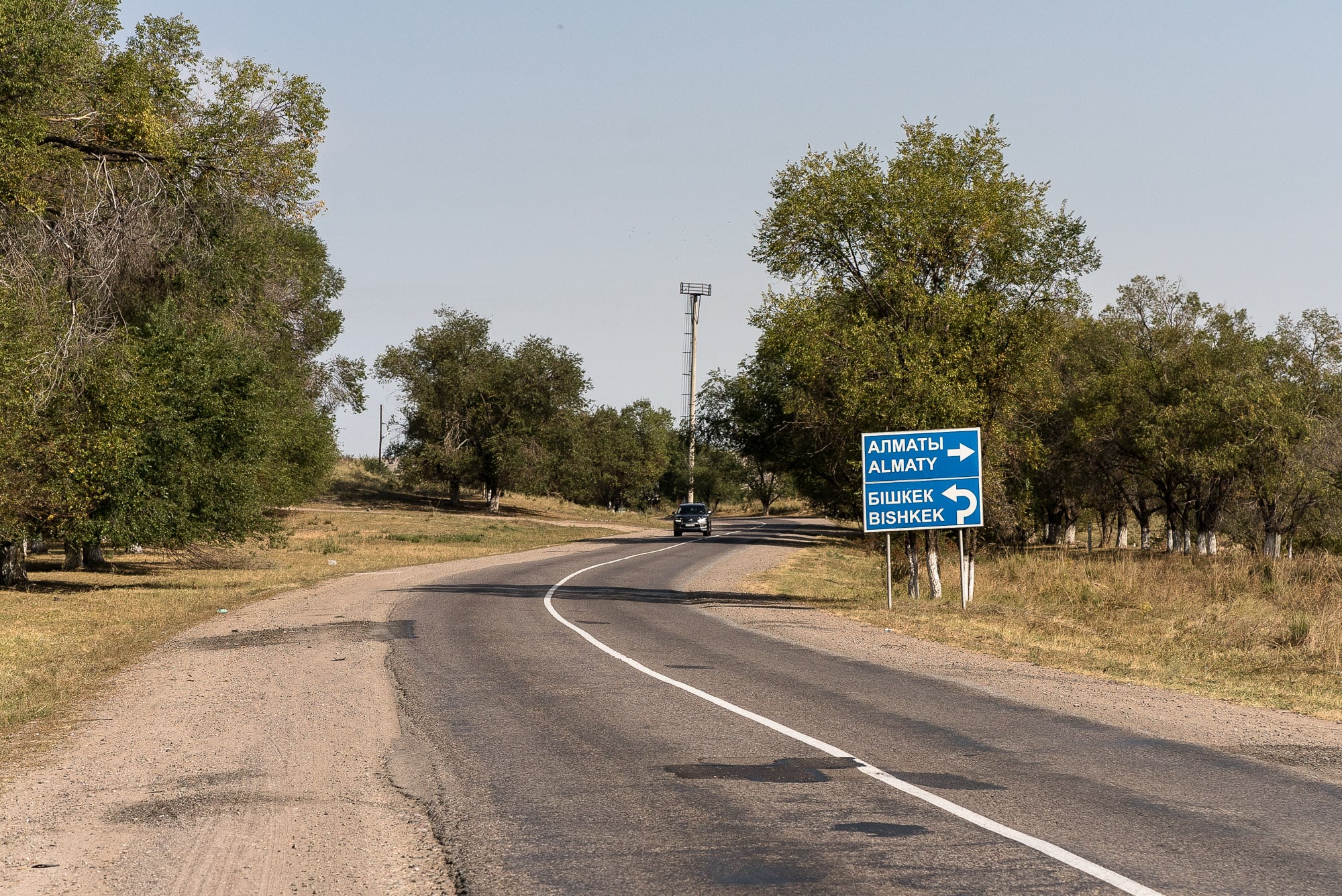 And then I was on the main road again: 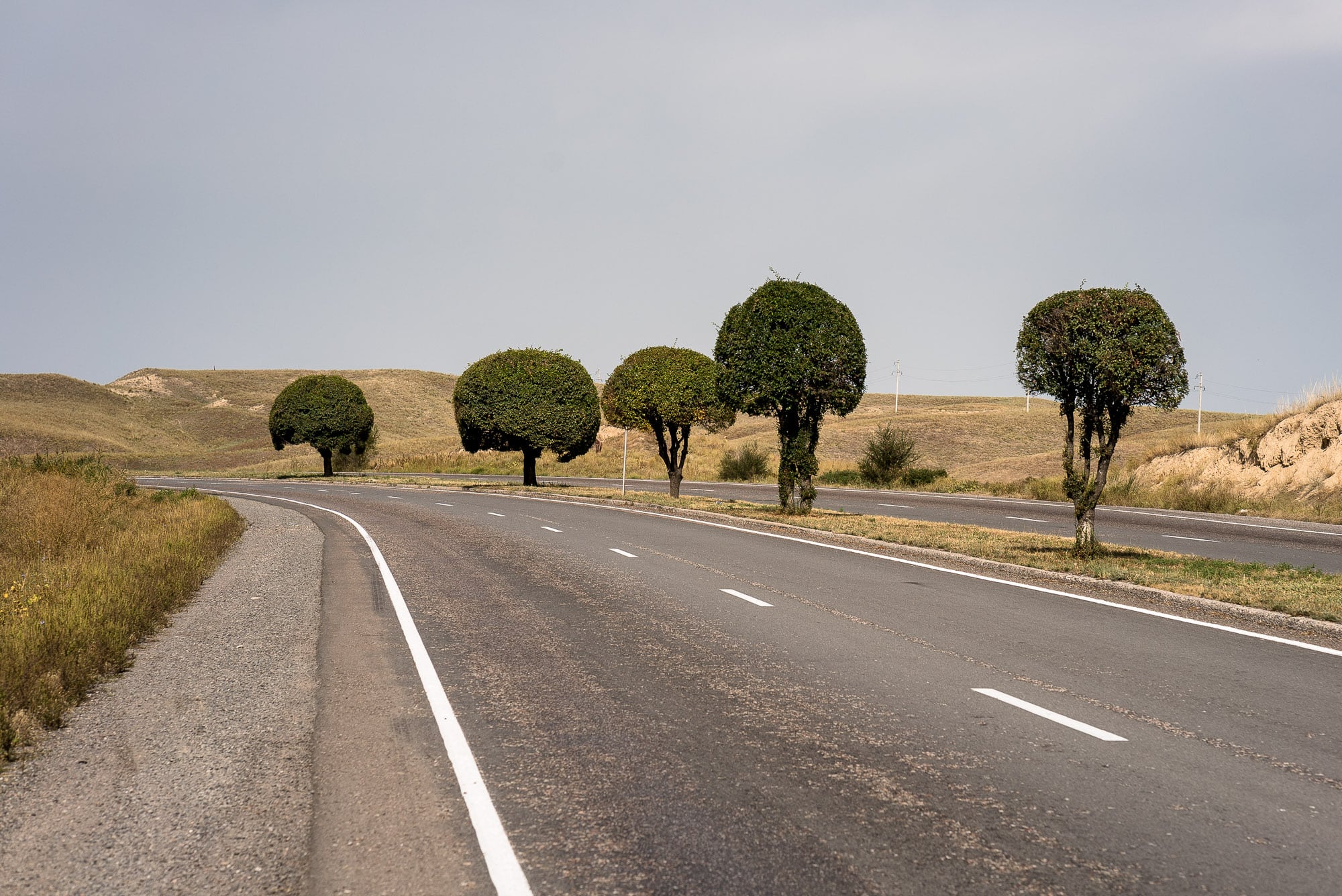 Now, what you have to know is that usually when I take these pictures I wait until there are no cars for a moment. Then I press the shutter. But in reality there were many cars, and they were very loud when they passed:

Everything only appears to be quiet: 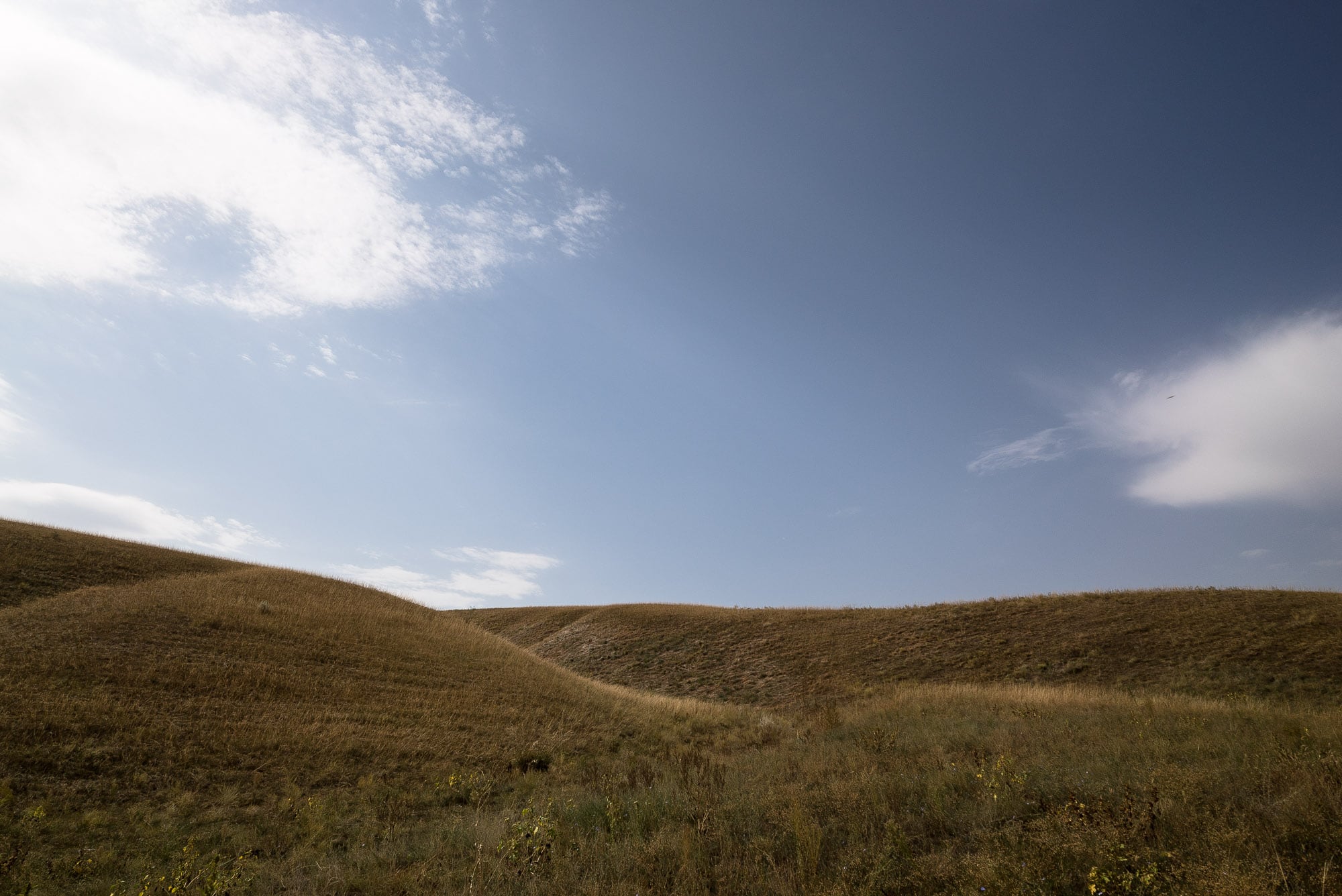 I had lunch in a little village that was lined with little shops: 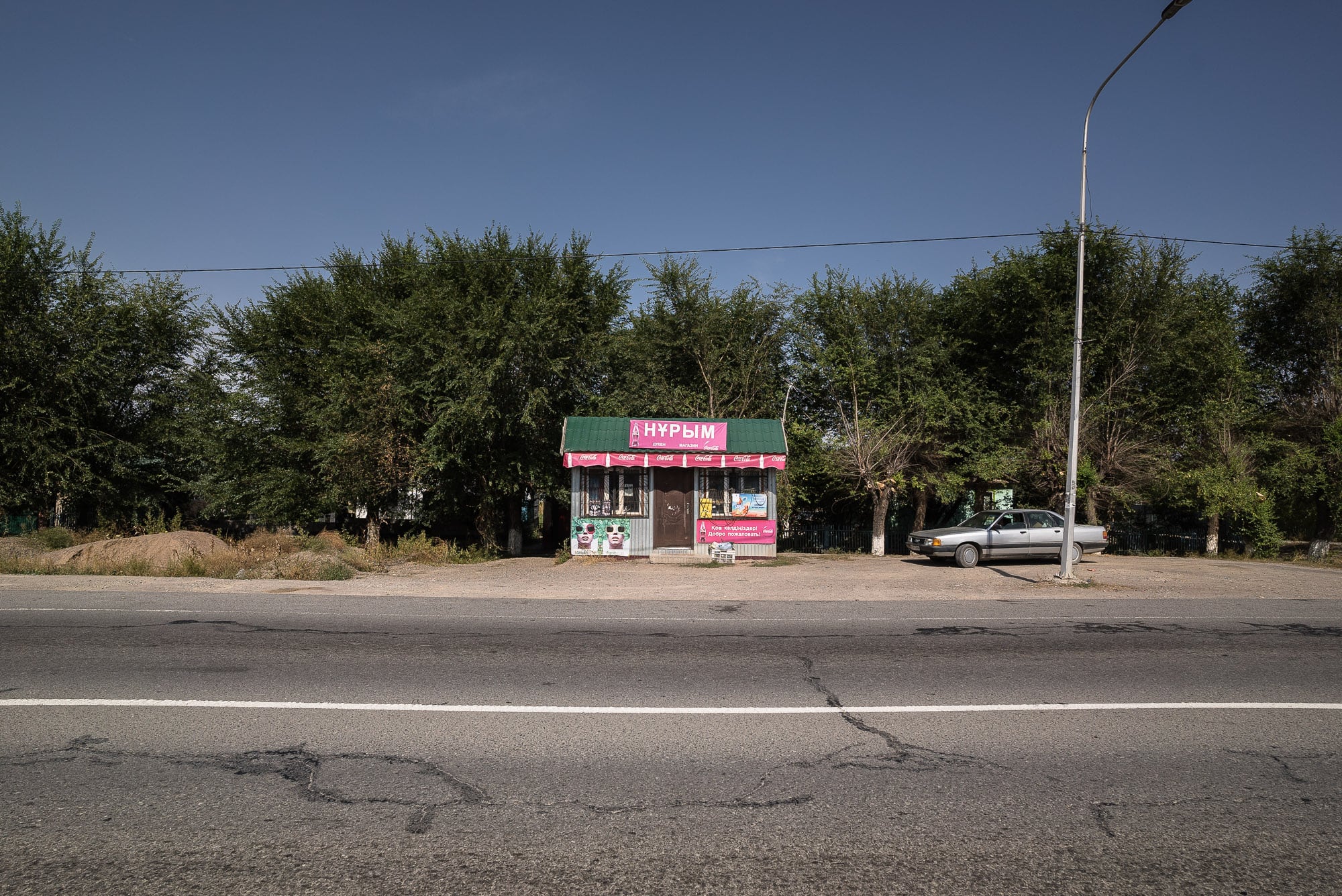 And then I was out in the steppe again: 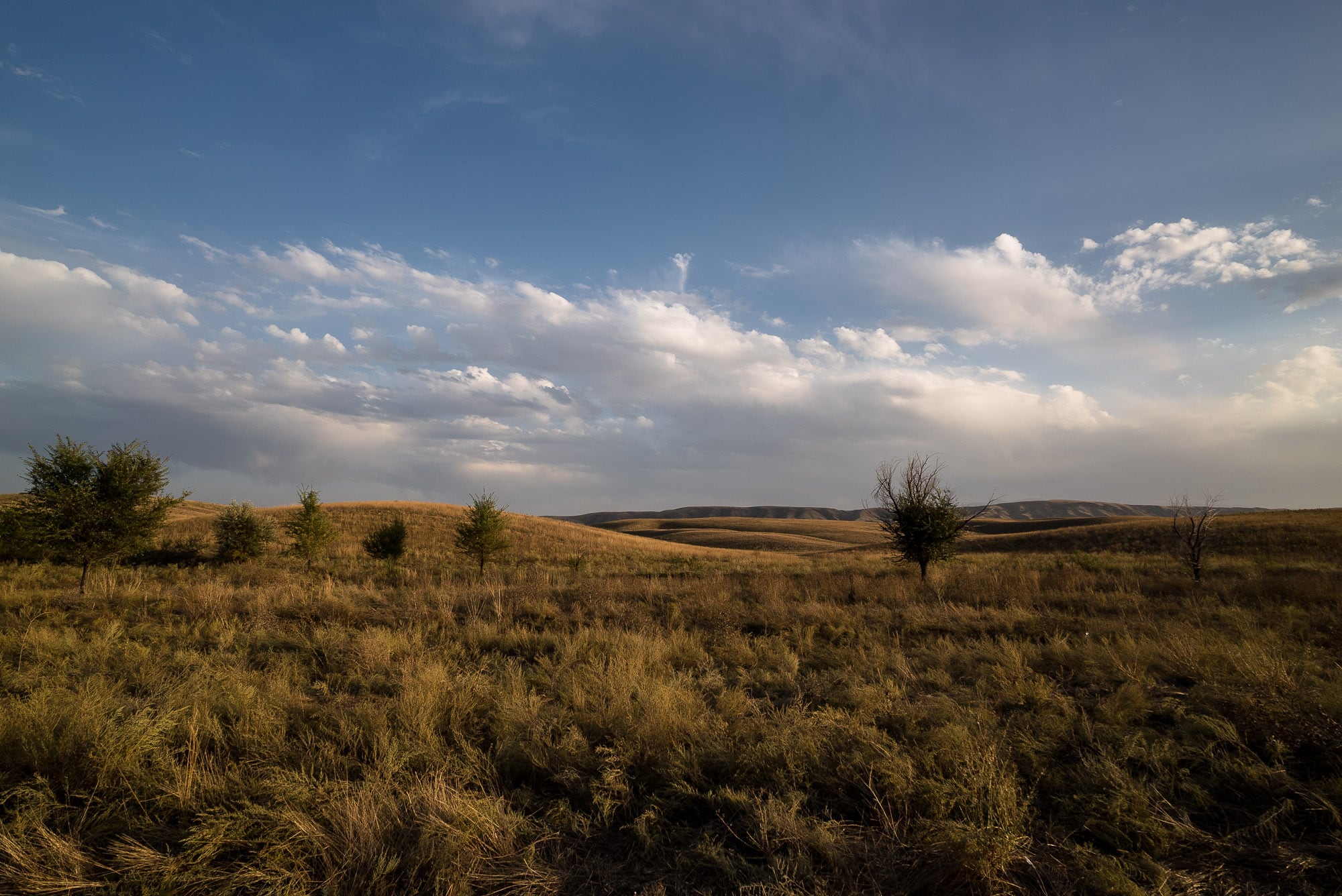 After a few hours, I took a video of myself walking against the sunlight:

And then I realized it was getting dark and I had no place to sleep: 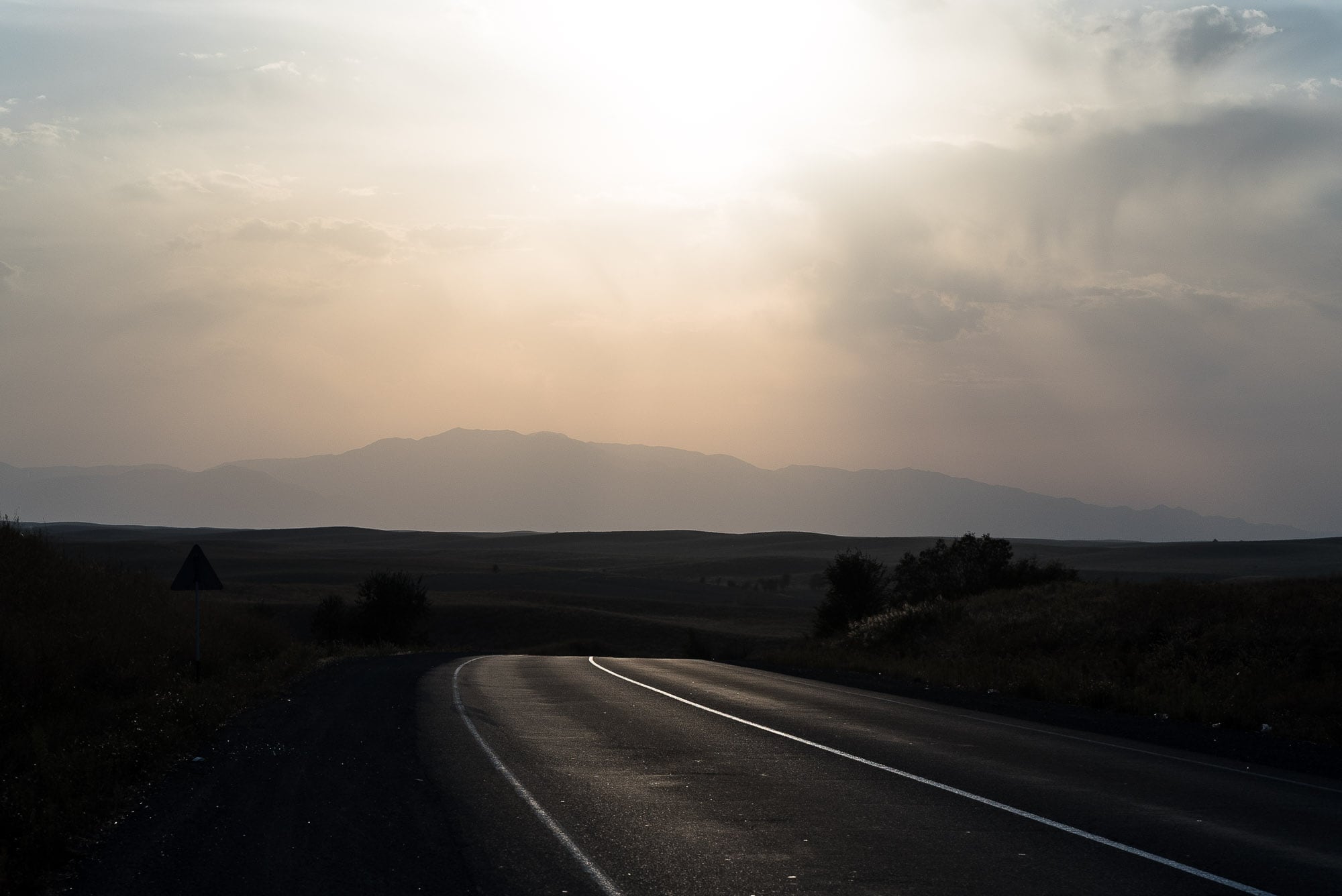 So I left the road and started walking along a gravel path through the steppe: 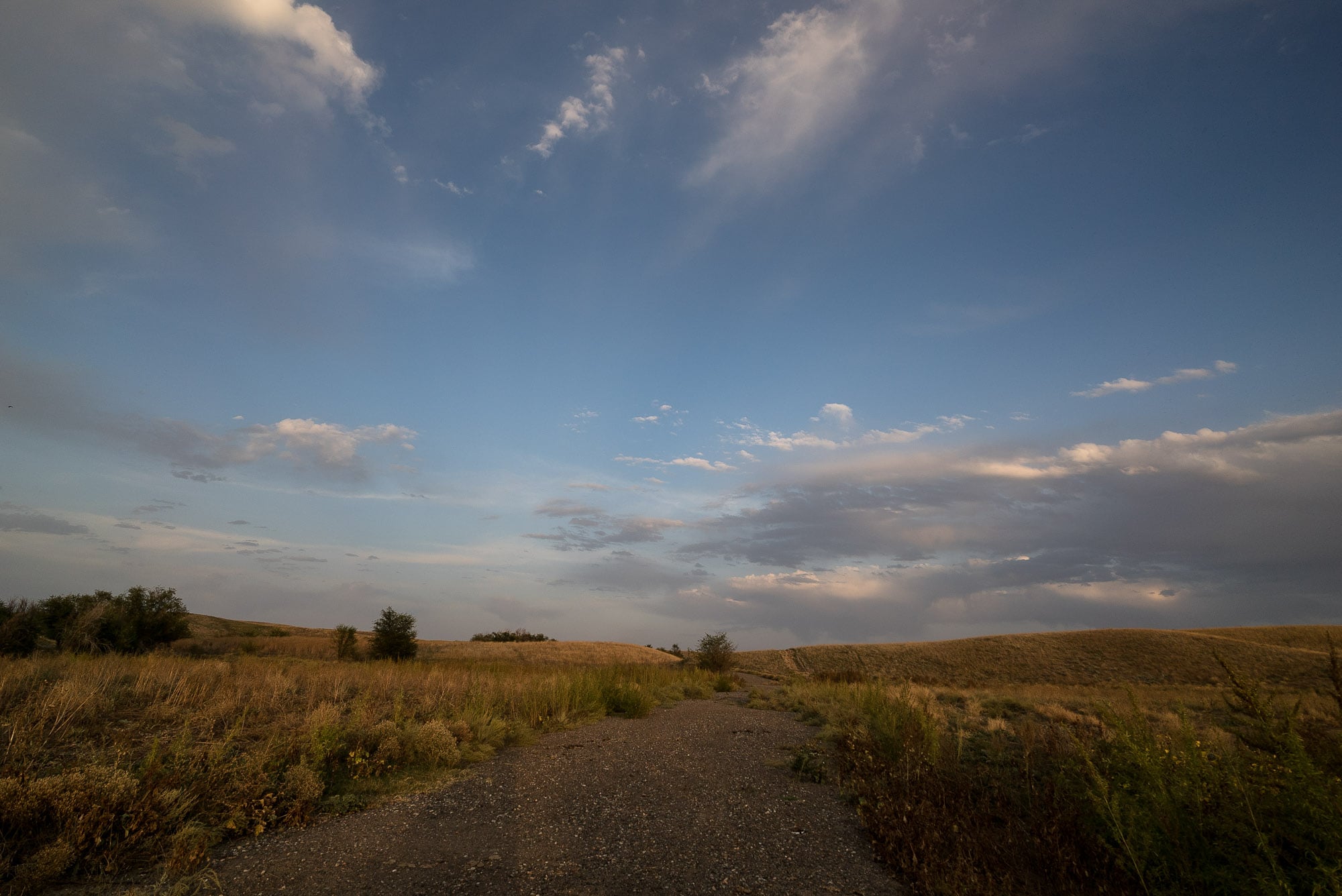 I hated having to look for a place to camp:

But I found one eventually, and I put down the Caboose and got my tent out and laid it out on the ground and pushed the tent nails deep into the ground and set the tent up so that it would stand nice and firm against the wind. Then I ate dinner:

And then it wasn’t so bad.

I ate some nang-bread that I had bought in the afternoon, and along with it I ate a can of beans in tomato sauce that I had brought all the way from China. 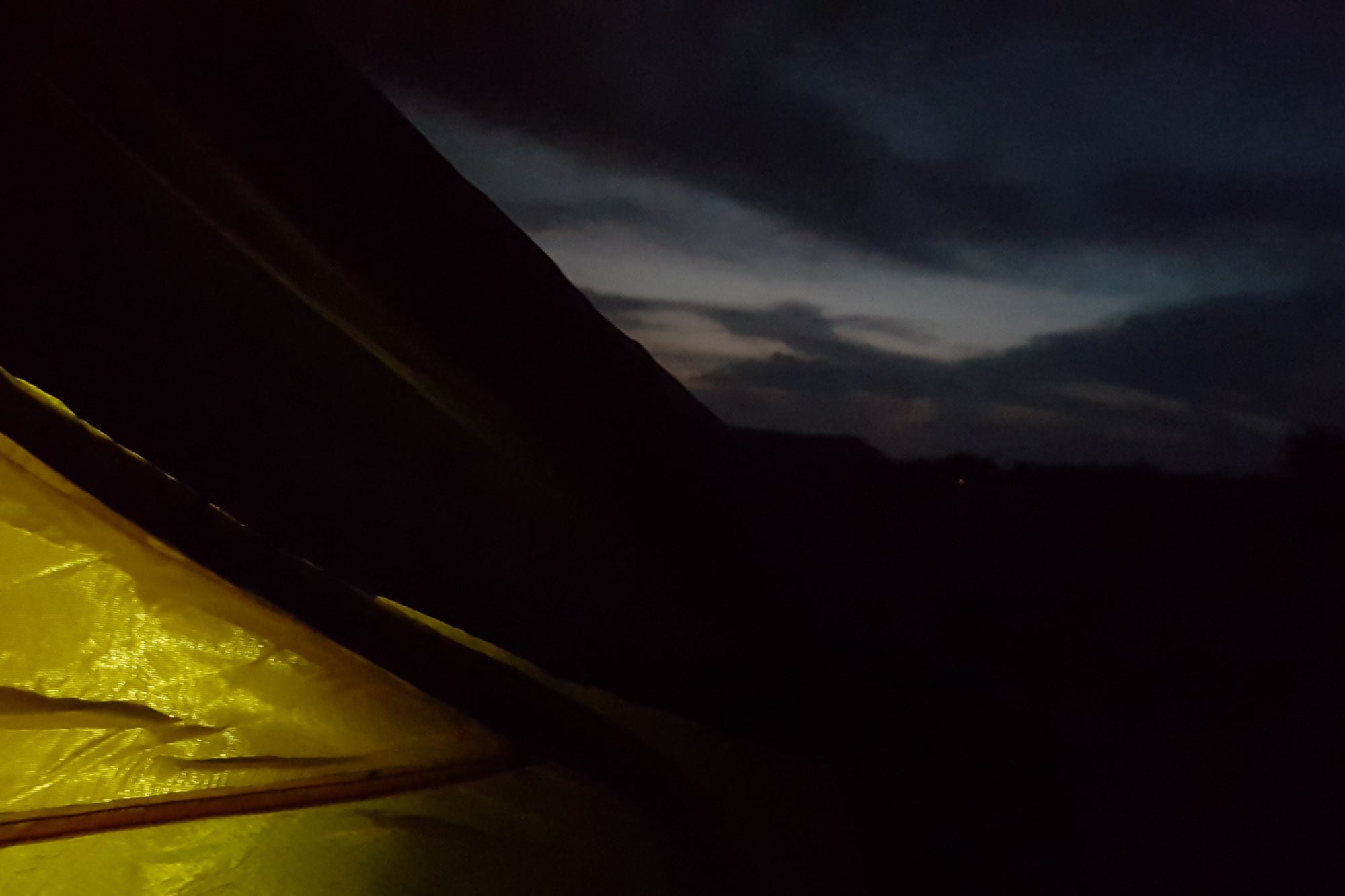 And when it turned dark and cold around me I realized that I wasn’t alone. I had pitched my tent right next to three cows:

I was happy that they were there.

Day 507
from Uzynagash to next to some cows