I left Yegbakir’s family after breakfast, and when I did, it seemed as though the Caboose had found a new friend.

I walked down village roads:

It was neither too hot nor too cold, and everything was quiet: 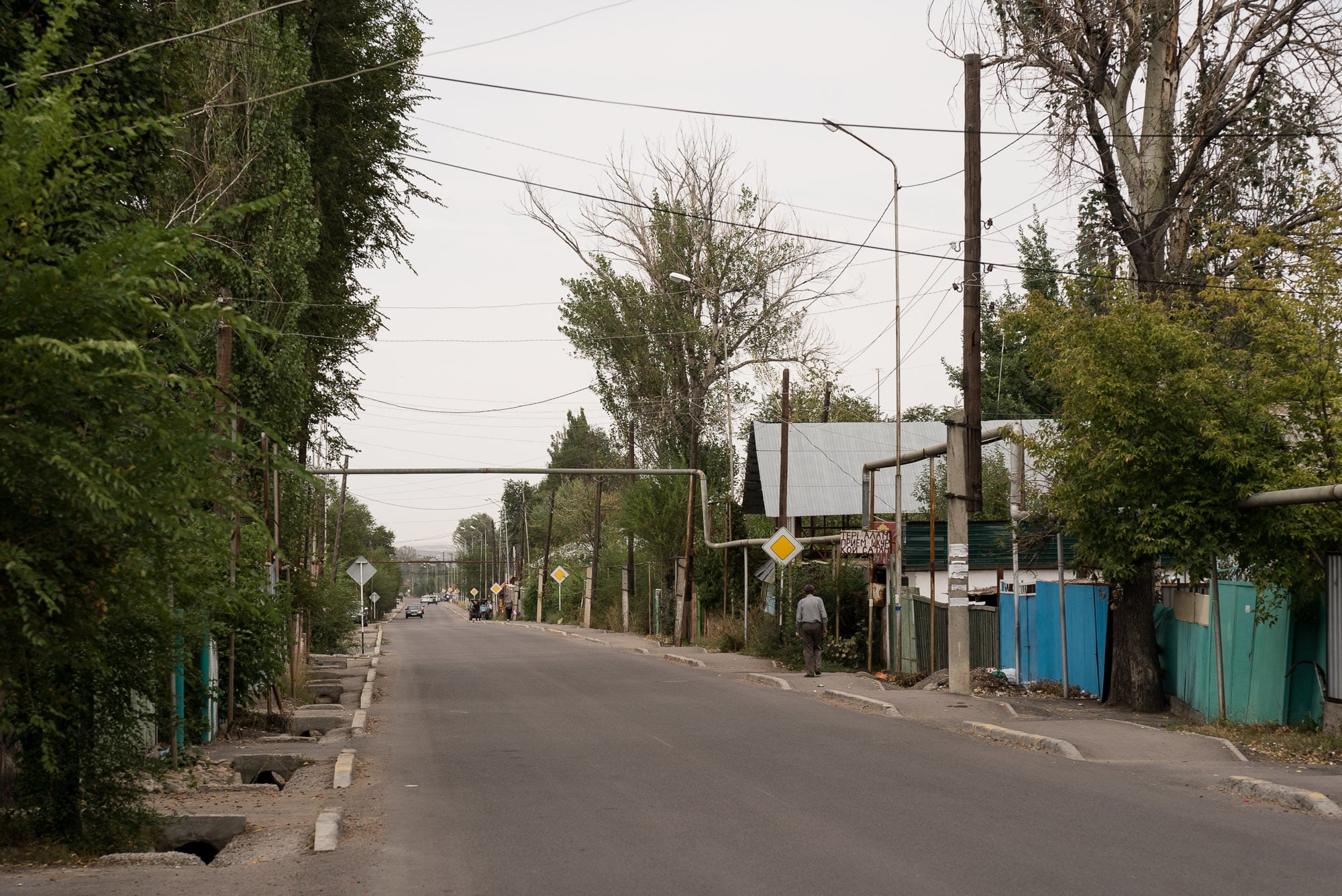 It was very nice.

I felt perfectly happy, and there was only a short moment of irritation when I saw a guy who seemed to be sleeping off his hangover next to the road: 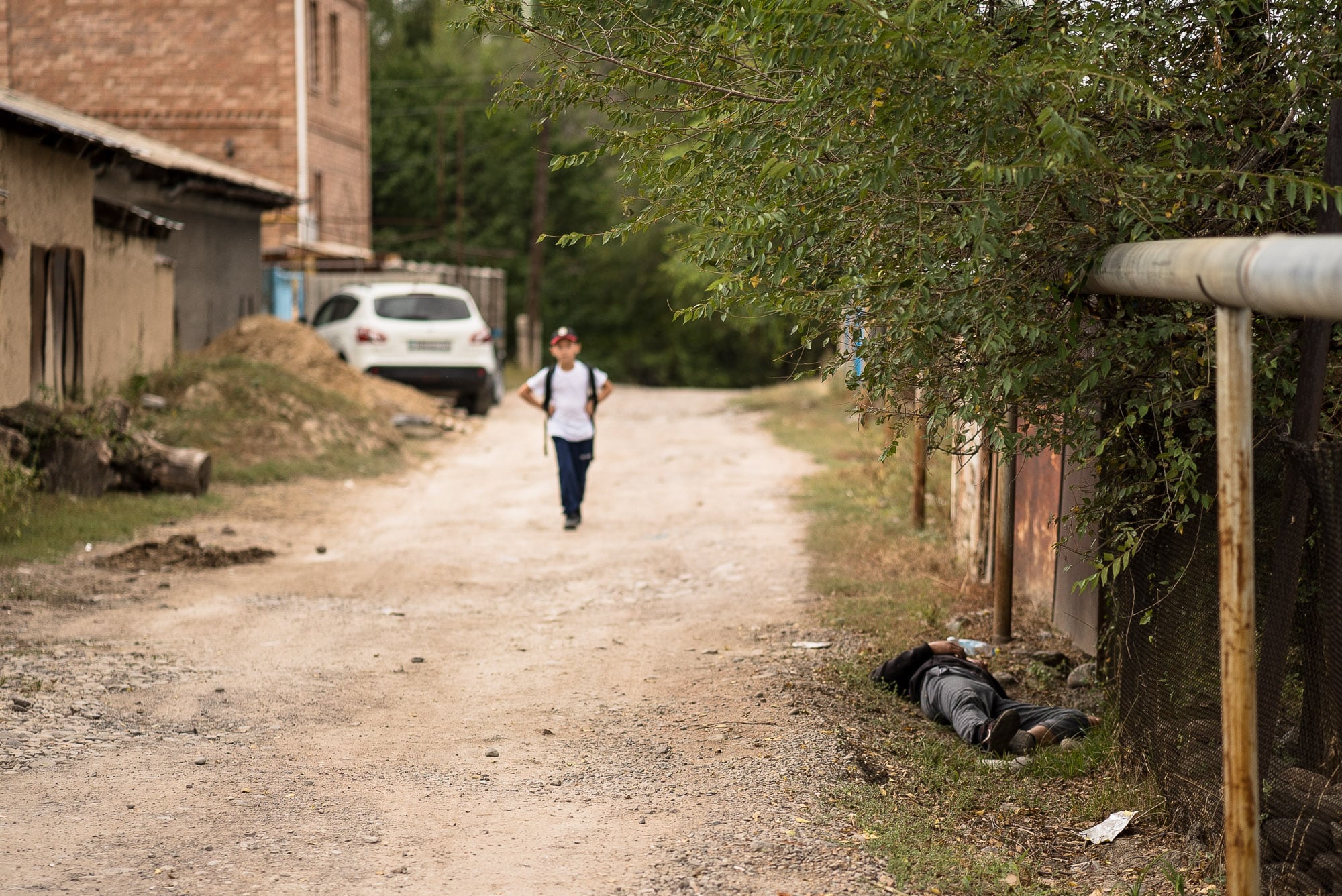 Other people were working: 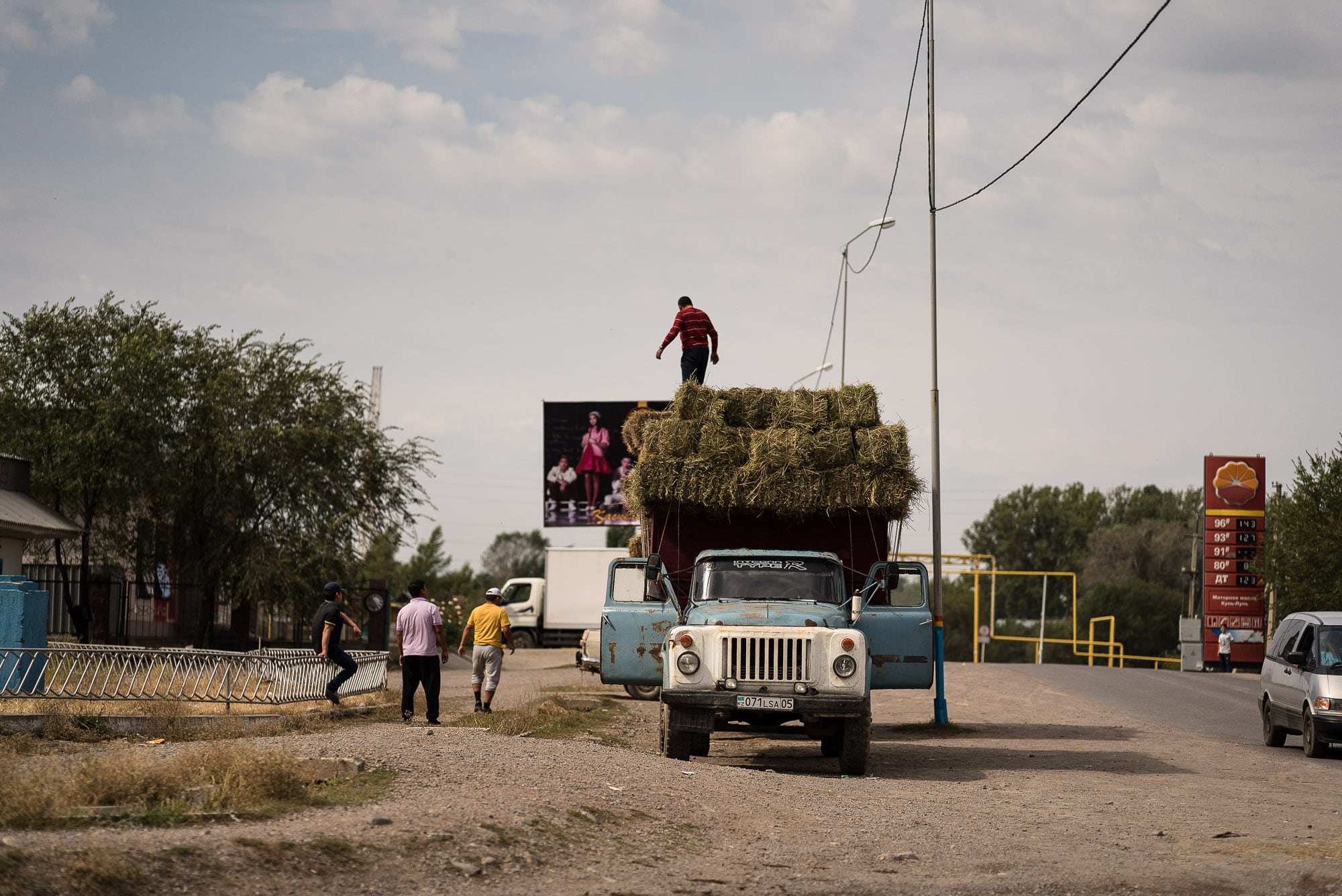 I passed an area that consisted almost exclusively of newly constructed houses: 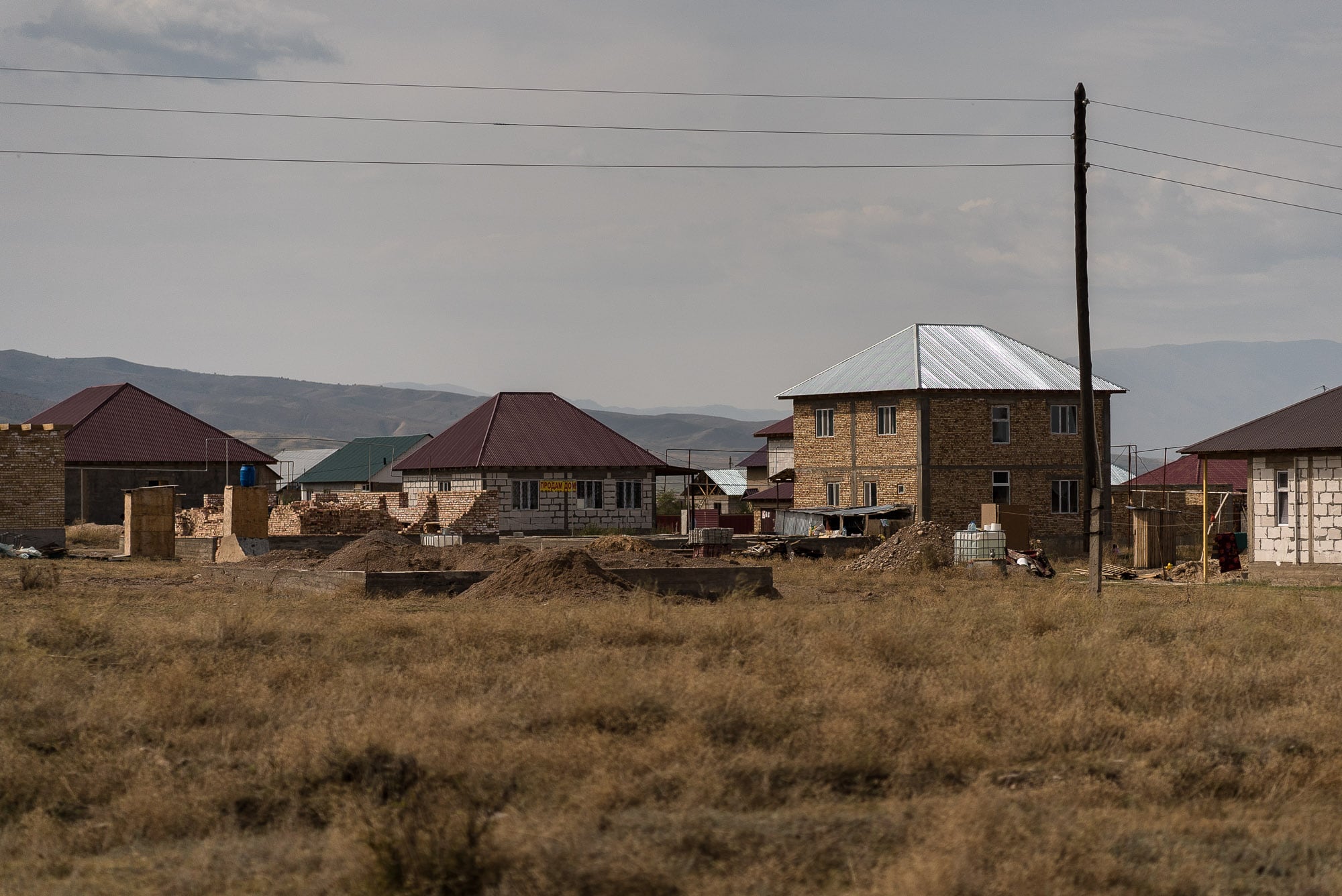 And I saw herds of cattle walk right past them: 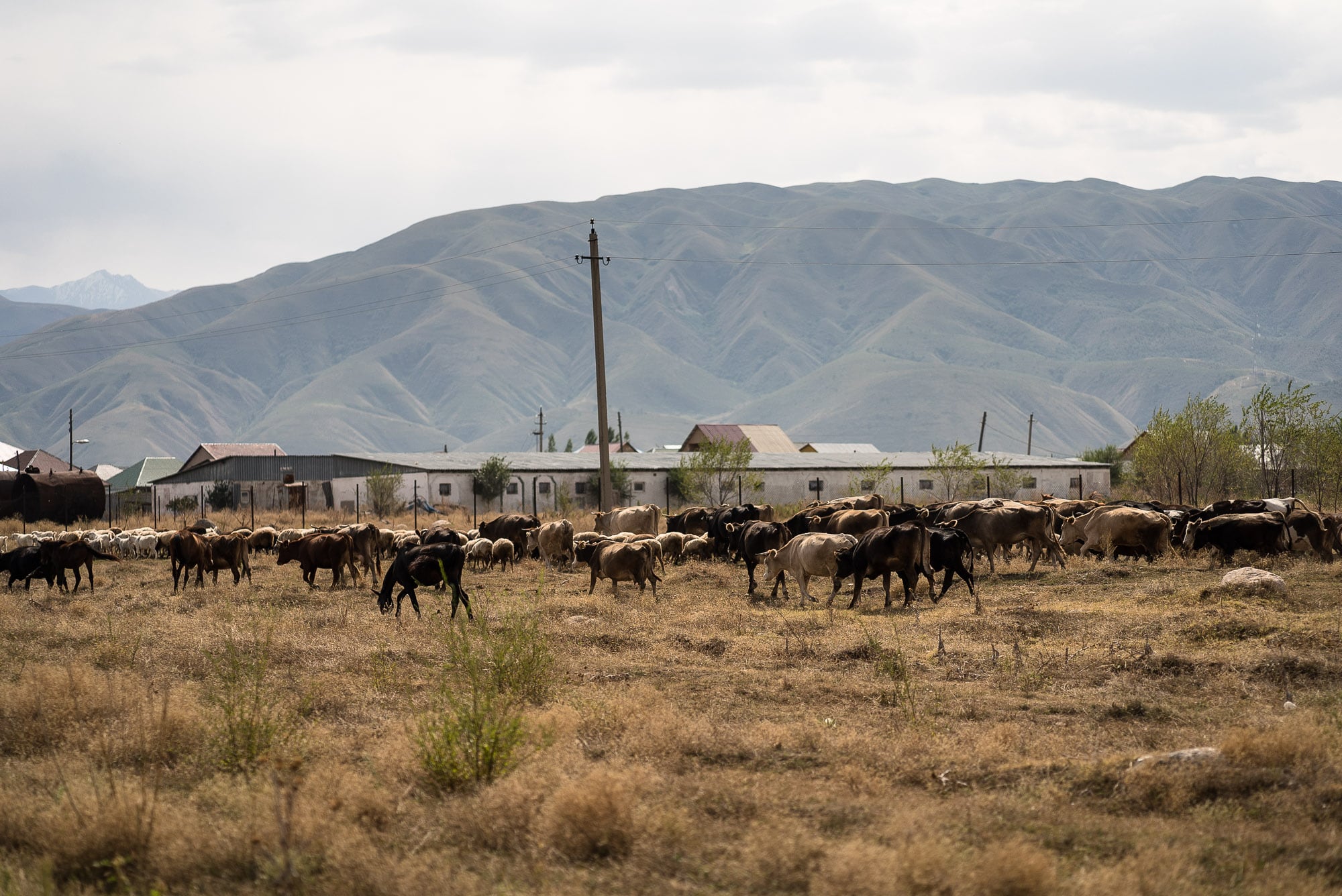 When I sat down next to the road to relax my feet for a while, an Uyghur truck driver named Polat pulled up: 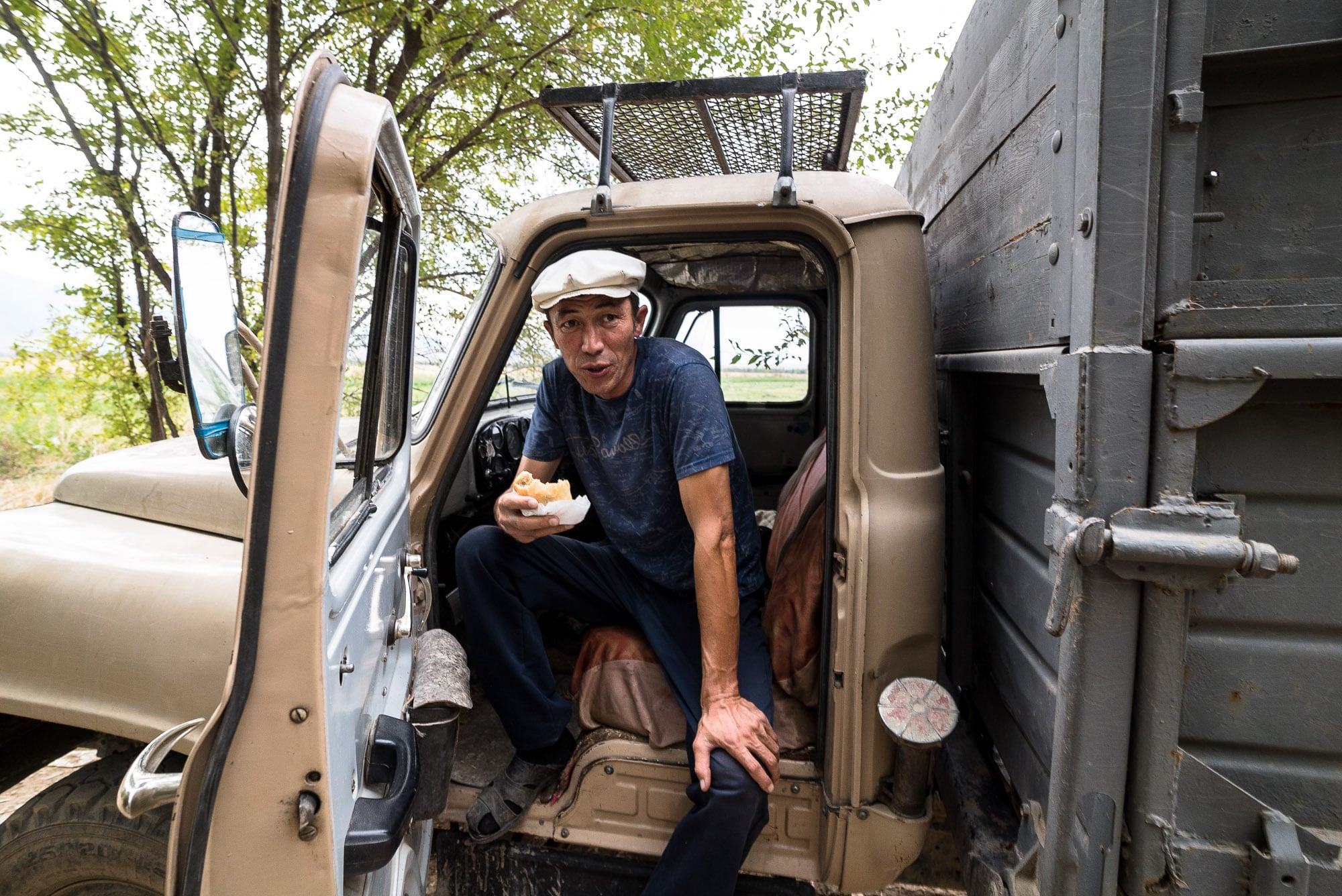 He had seen me a half hour earlier and decided to buy an extra Samsa for me, a roasted bun filled with good stuff that reminded me of a similar thing I had had in Xinjiang a few years ago: 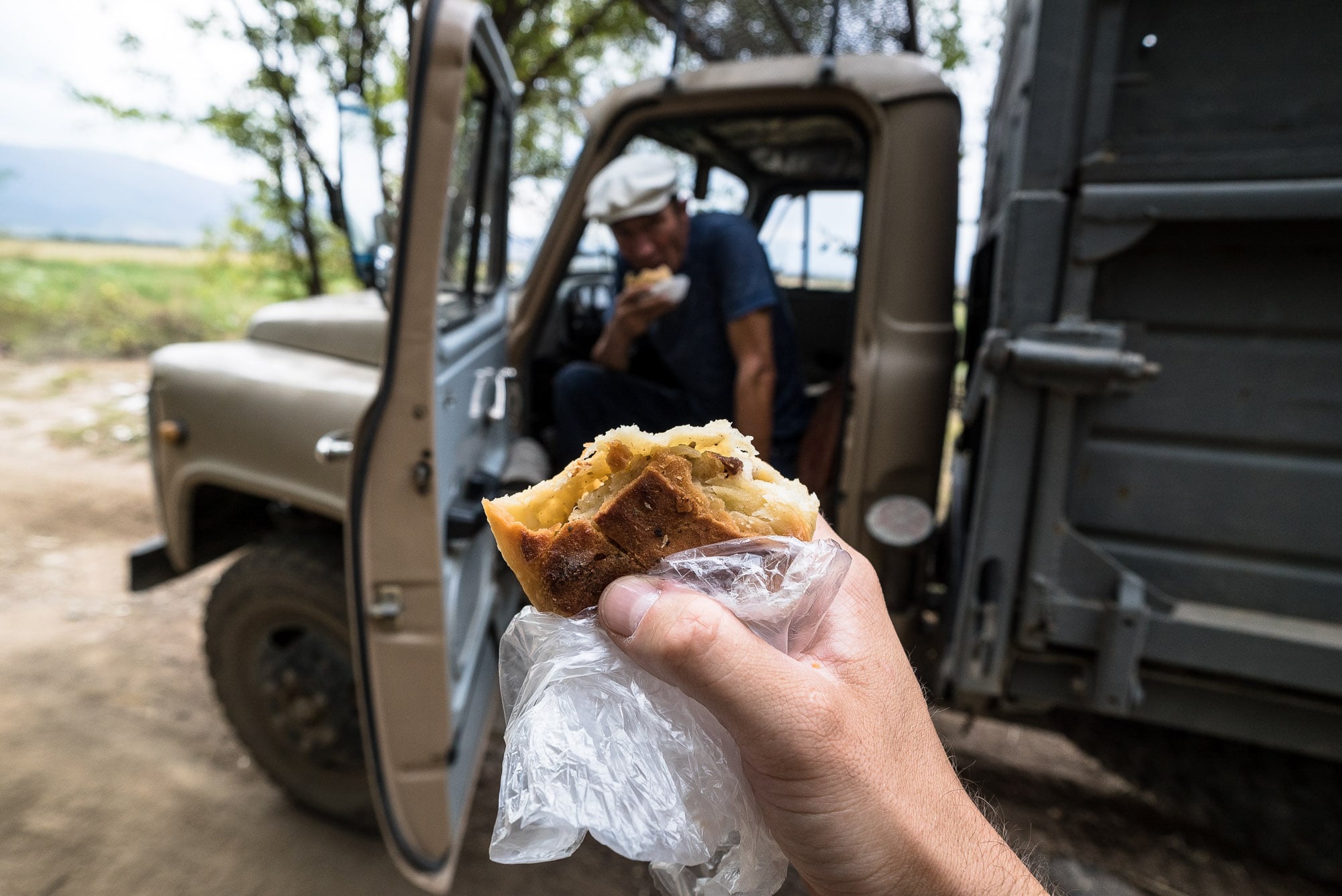 We chatted for a little while, and he told me about an Uyghur singer from Almaty who had died a few years earlier in a mysterious accident in Moscow. The singer’s name was Murat Nasyrov, and Polat liked him very much.

When I left he wished me good luck on the road and advised me to listen to Nasyrov’s stuff: 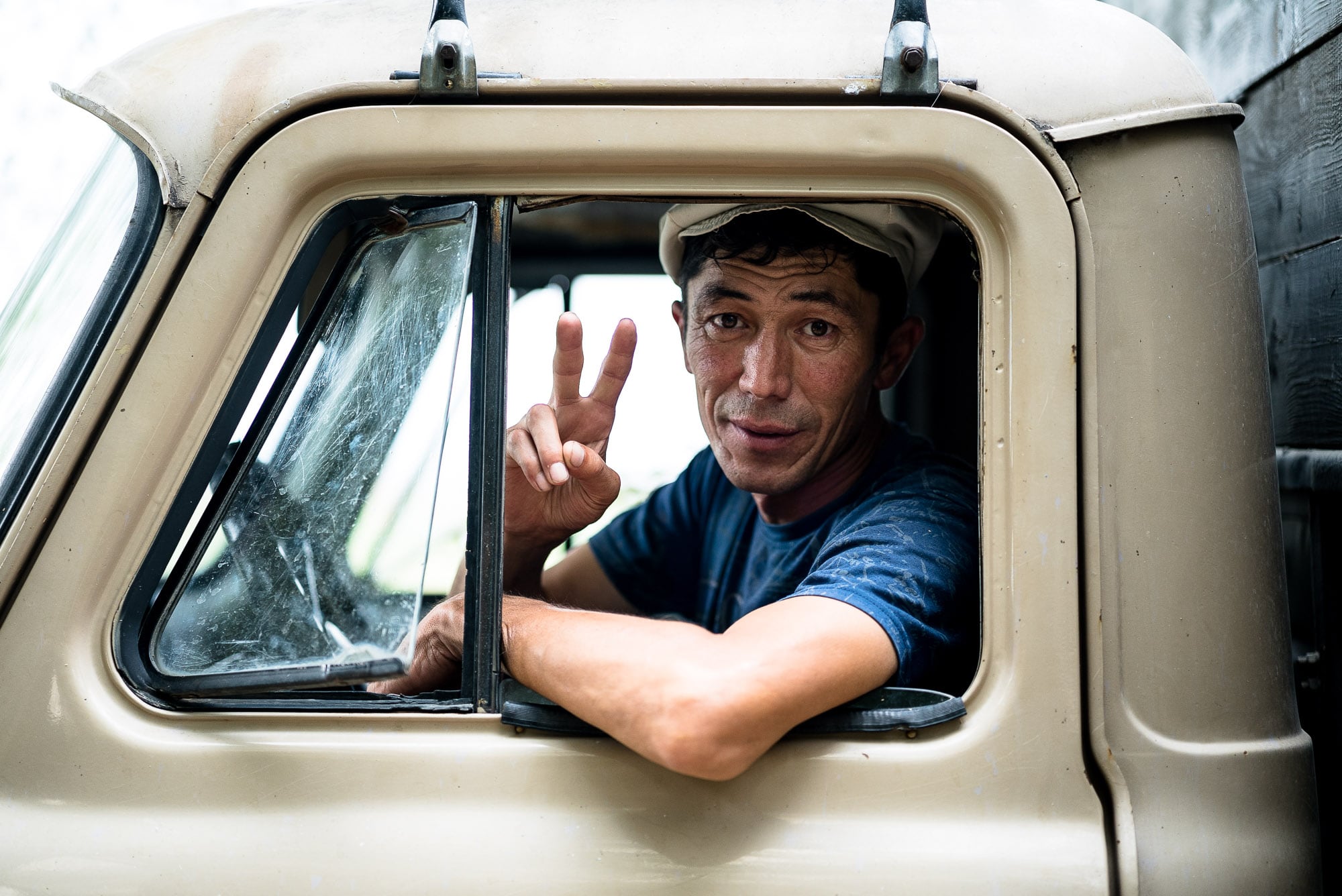 Another friendly guy showed up a bit later and explained the way to a hotel in the next town: 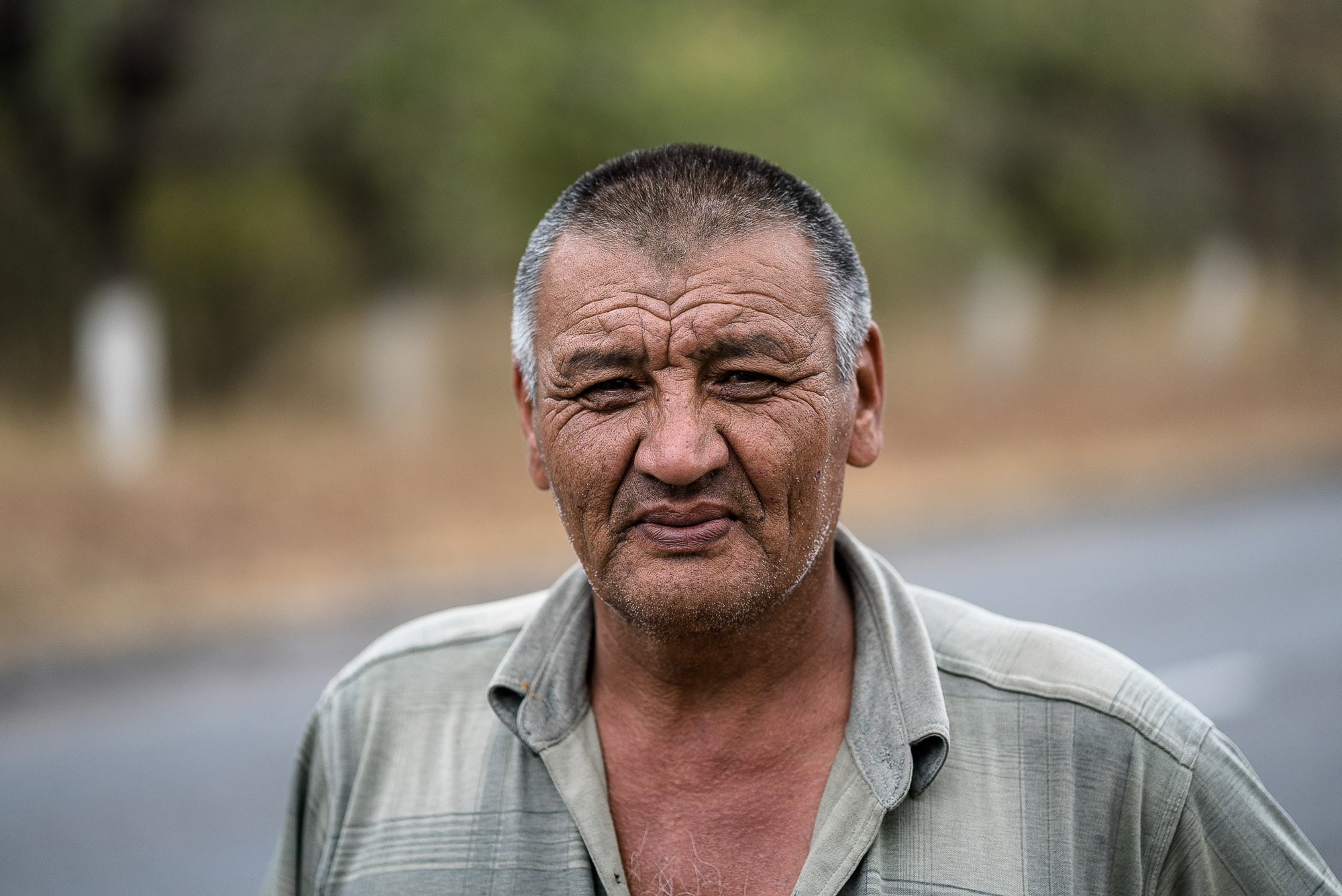 He didn’t introduce himself, or rather: I failed to ask for his name.

Then I reached the little town of Uzynagash: 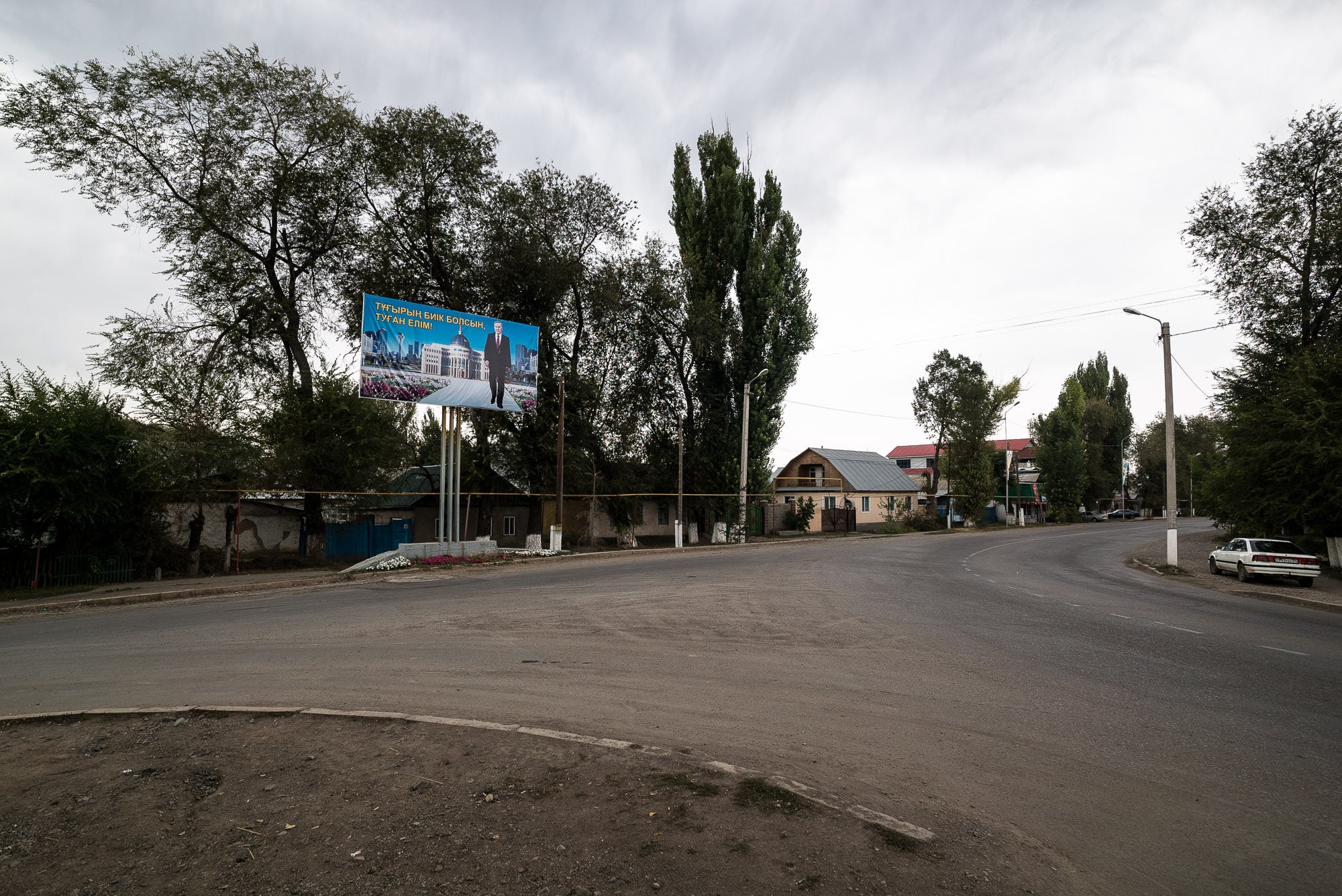 (If you look close you can see the poster of President Nazarbayev walking around under a blue sky.)

Looking at the sky that didn’t belong to the world of posters, I was very happy to be here: 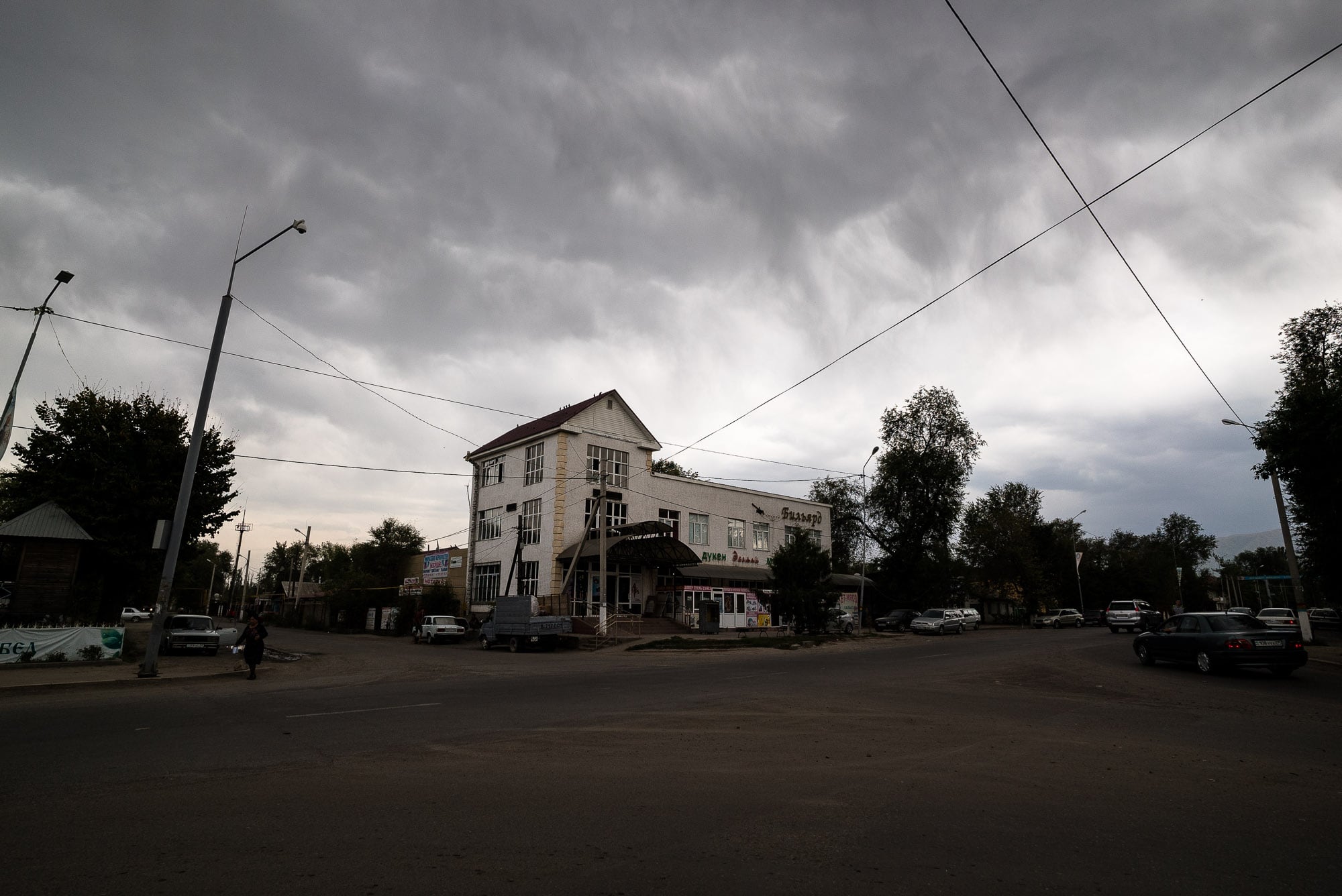 There was a statue of some important man on a horse: 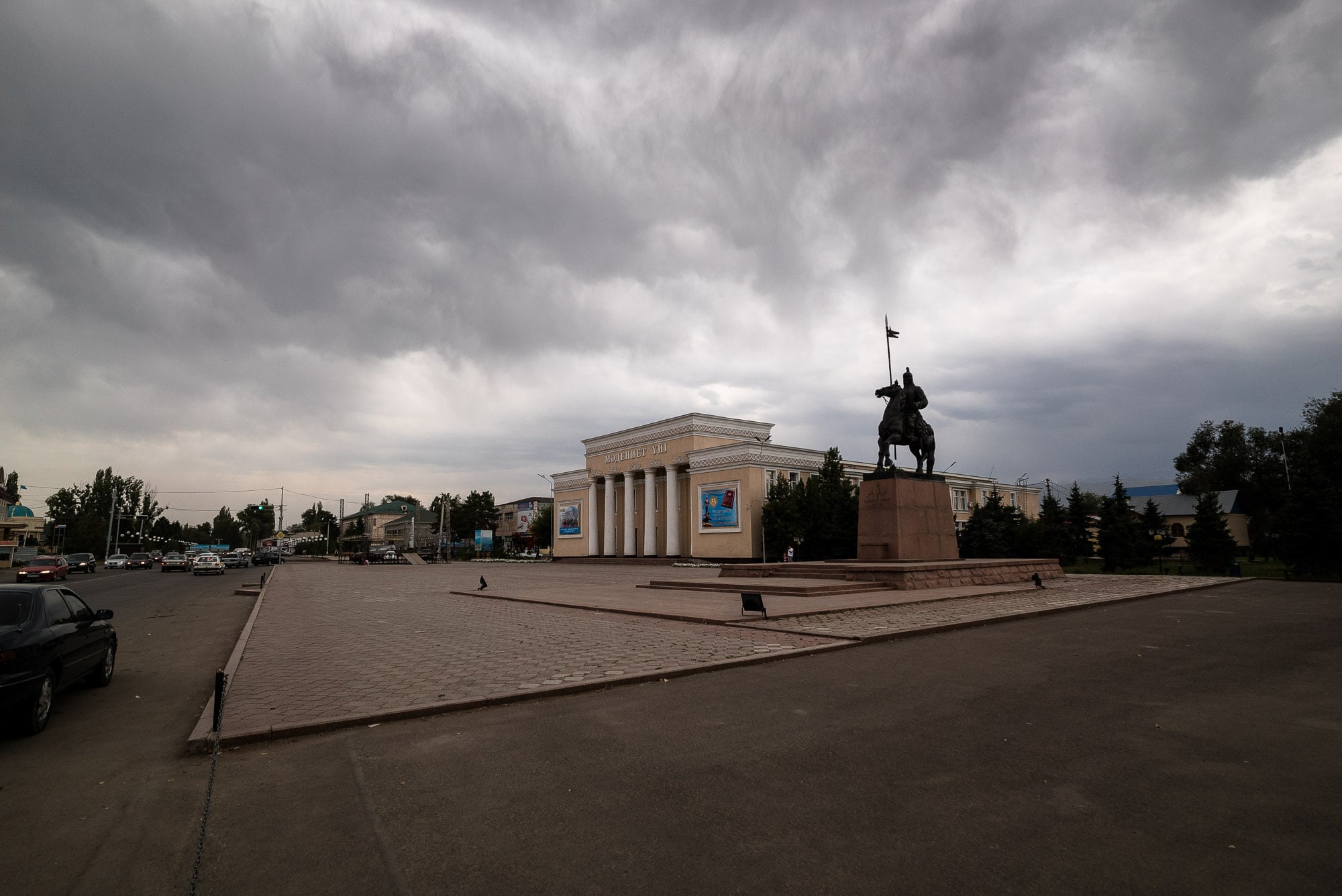 I didn’t know who he was. But I didn’t really care anyway. There were many important men in the world. And sometimes they fell from balconies and died.

All I wanted was a bed and some rest.