Okay, so I finally did it.

I got up, gathered all my things and rolled the Caboose out from her storage and onto the street.

Then I said good-bye to the good people from the hostel I had been staying at: 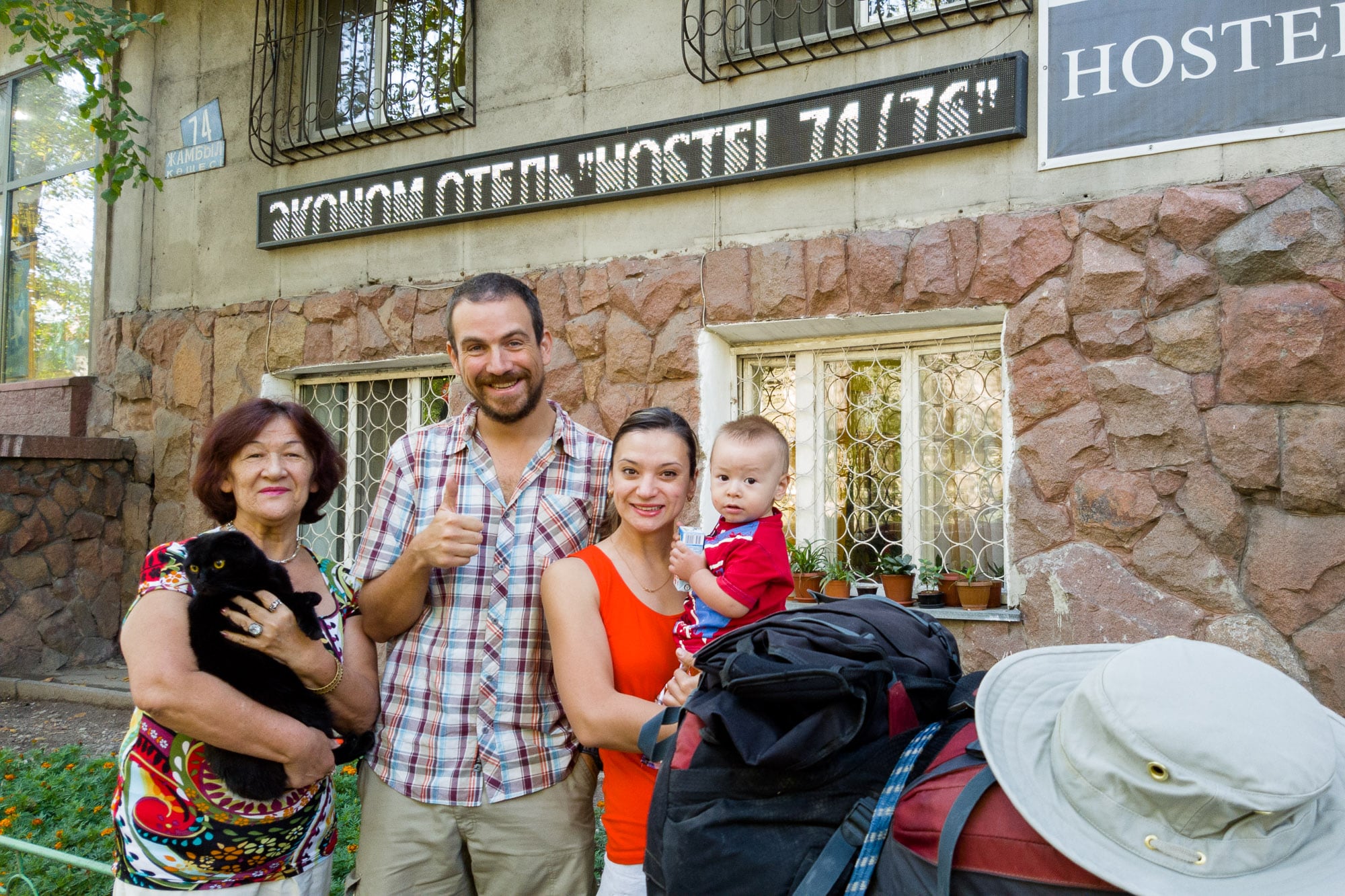 Only Sarkozy (that yellow-eyed demon on the left) kept ignoring me. I suspect that he was only trying to hide his sadness, because: keep your friends close and your enemies closer. And now his arch enemy was leaving!

I left Almaty feeling great. Walking was easy, and the inner city roads were good. I managed to stay on bike lanes for a long time. And one time I noticed this: 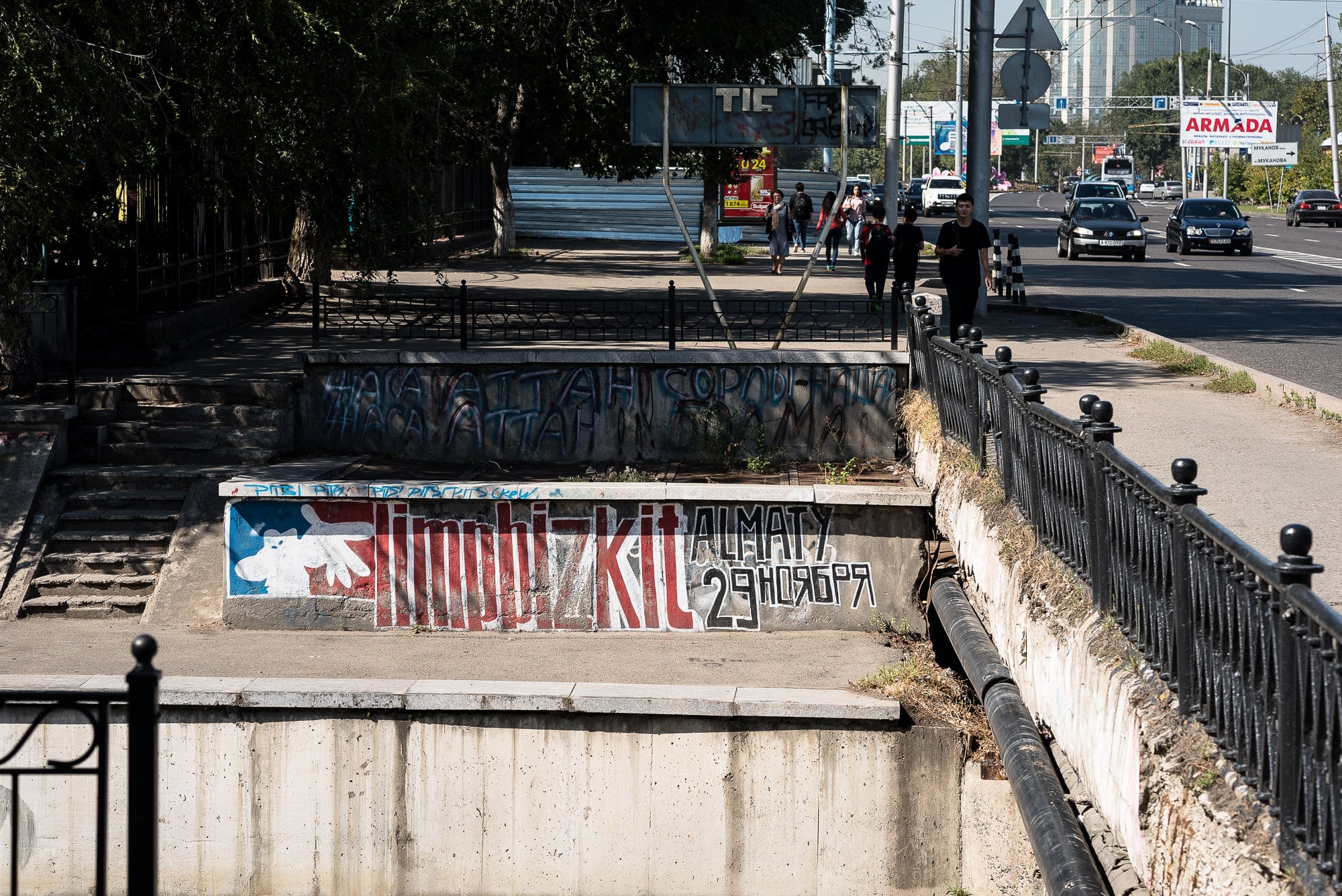 Ah, I thought, so that Durst guy and his little friends don’t even spare Almaty, do they?

I didn’t worry about this, though. I picked up a corncob and cruised down the street: 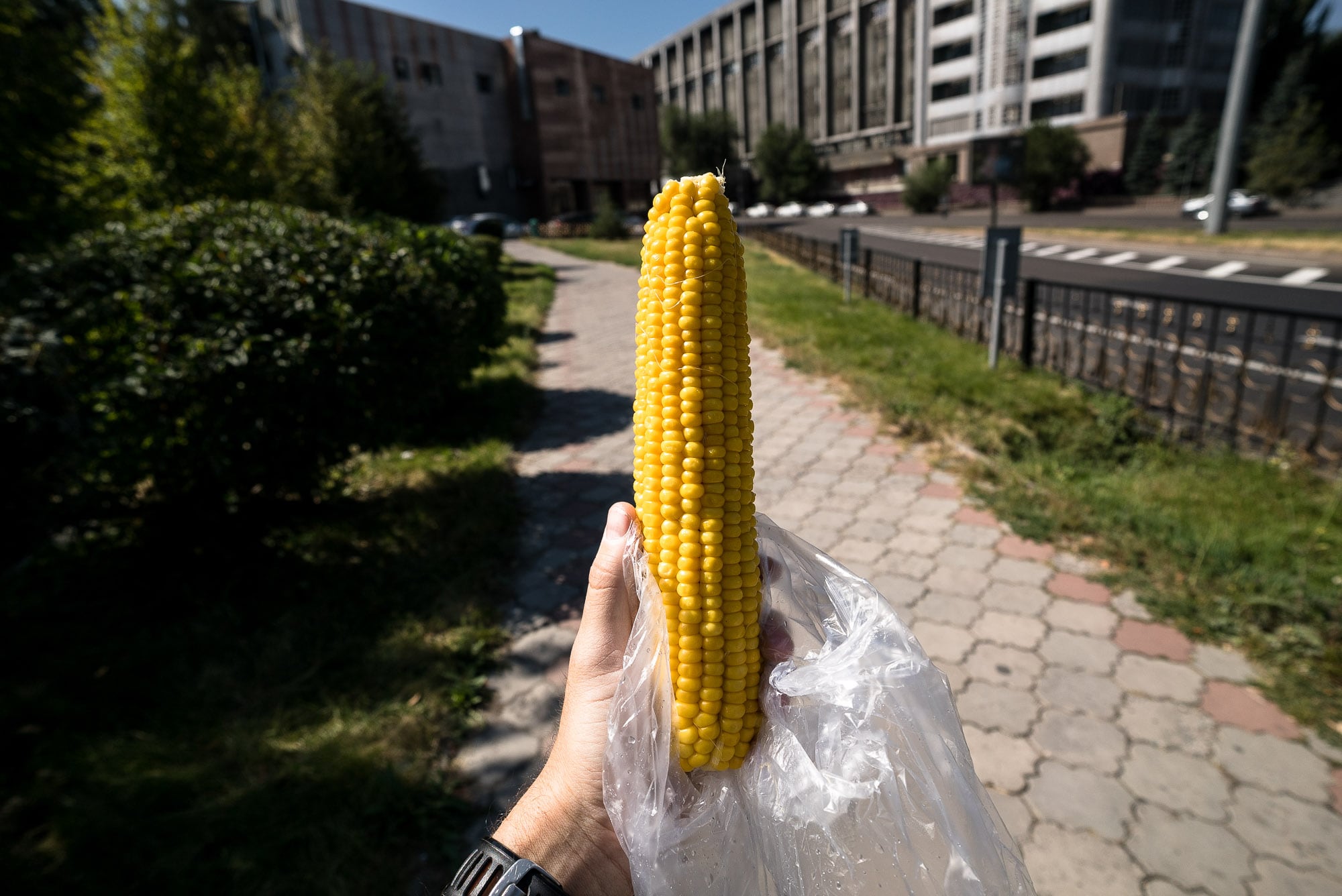 It took quite a while, but at some point Almaty became even greener than it had been downtown: 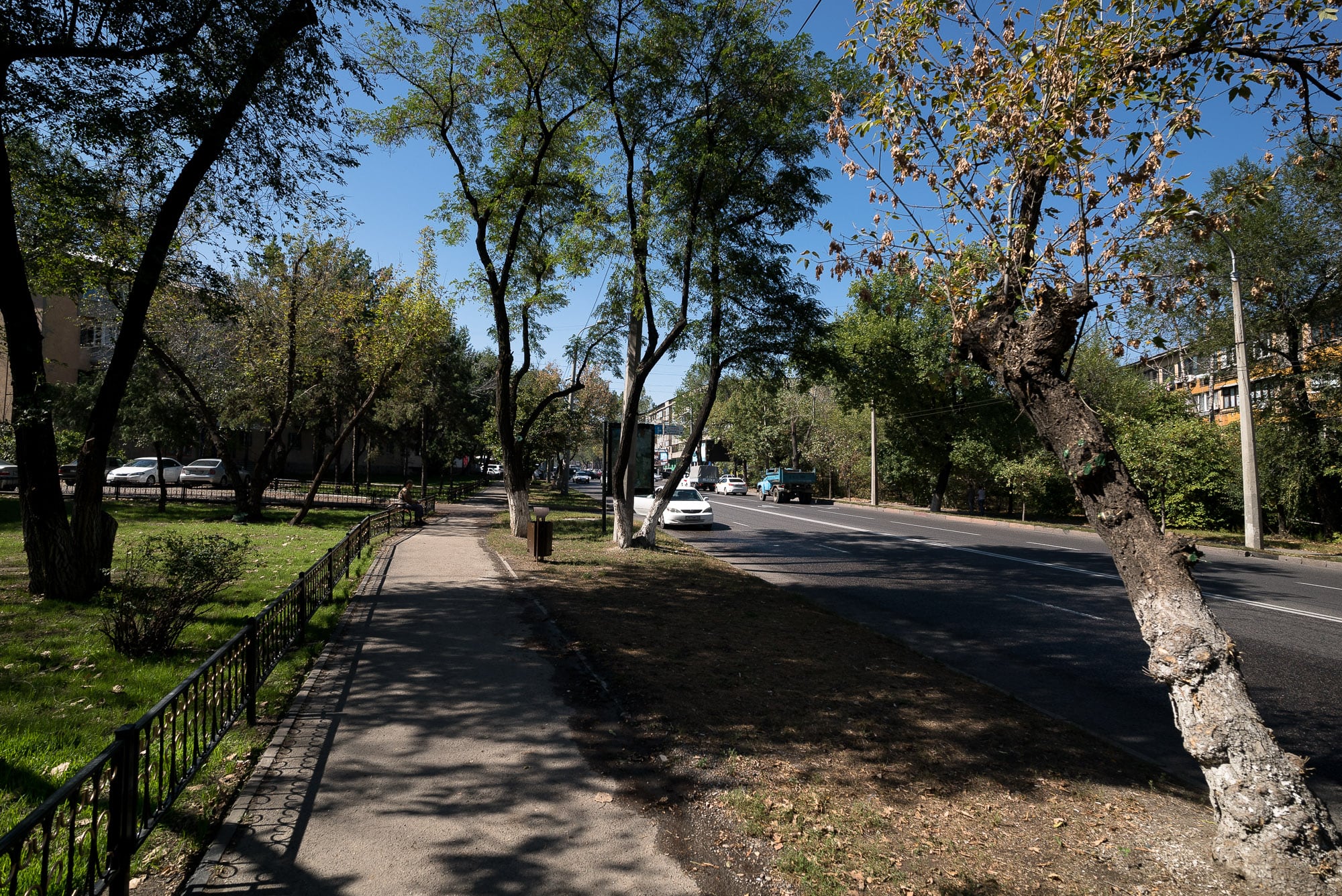 And then, after yet another while, the street became sorta crappy: 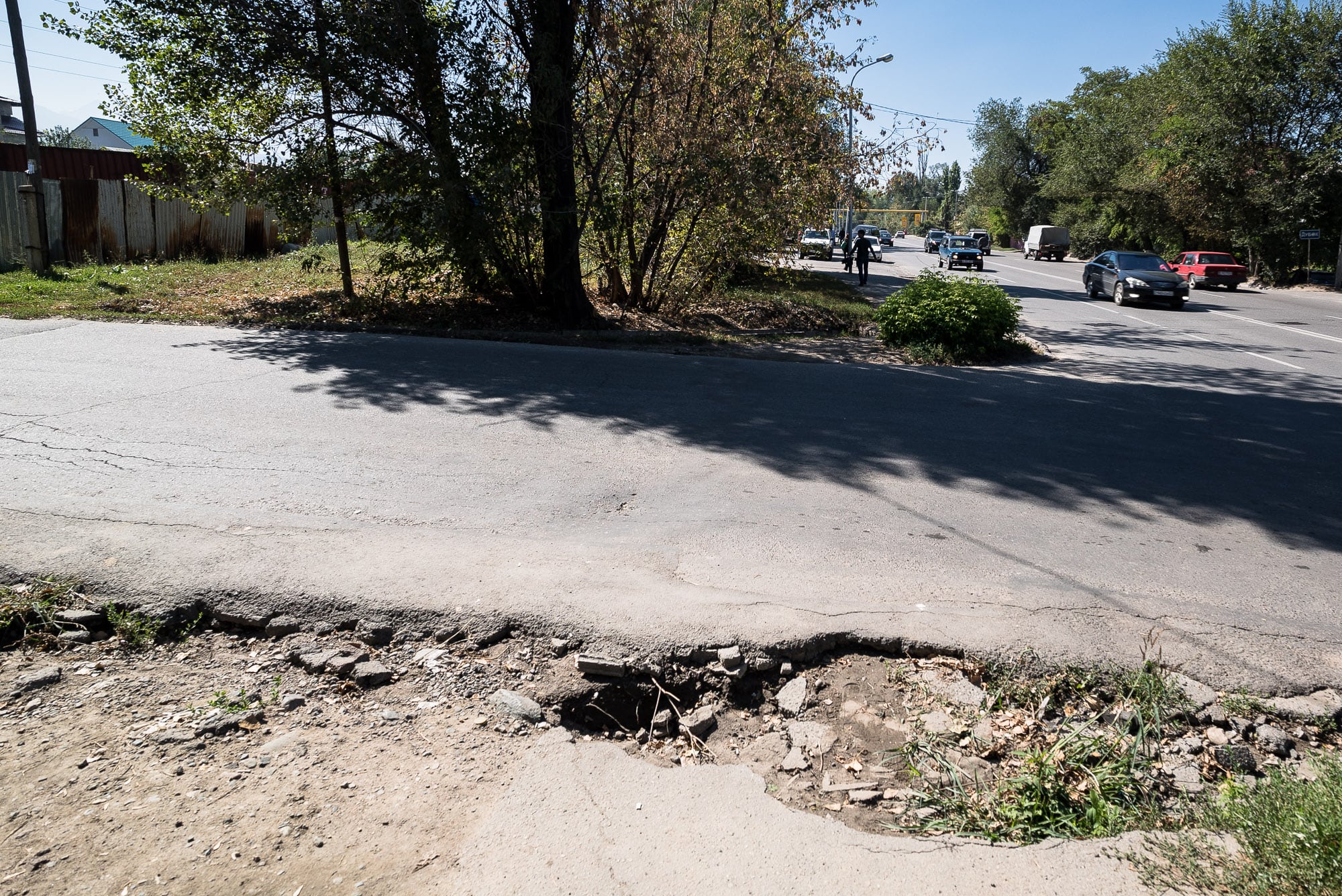 To me, this meant that I was about to leave the city and enter the countryside.

I had lunch on the veranda of a small restaurant, and shortly after that I ran into these guys: 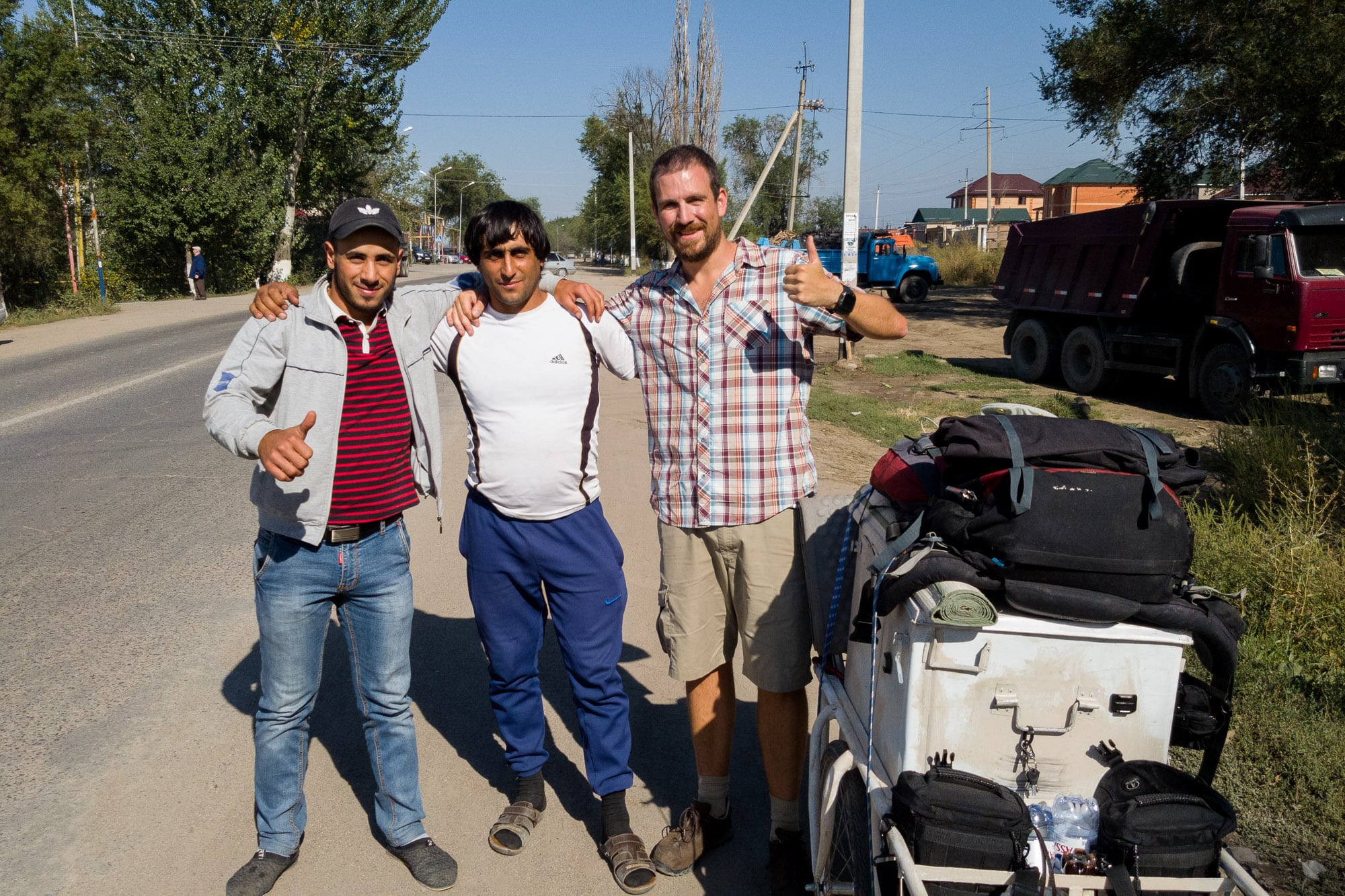 The dude on the left was from Azerbaijan, and his friend was Kurdish. They lived here and worked in construction. Did I need anything, they wanted to know: food, drink, money?

They left me their employer’s business card in case I required their help. Nice guys.

I then went on to purchase something I truly needed – a melon: 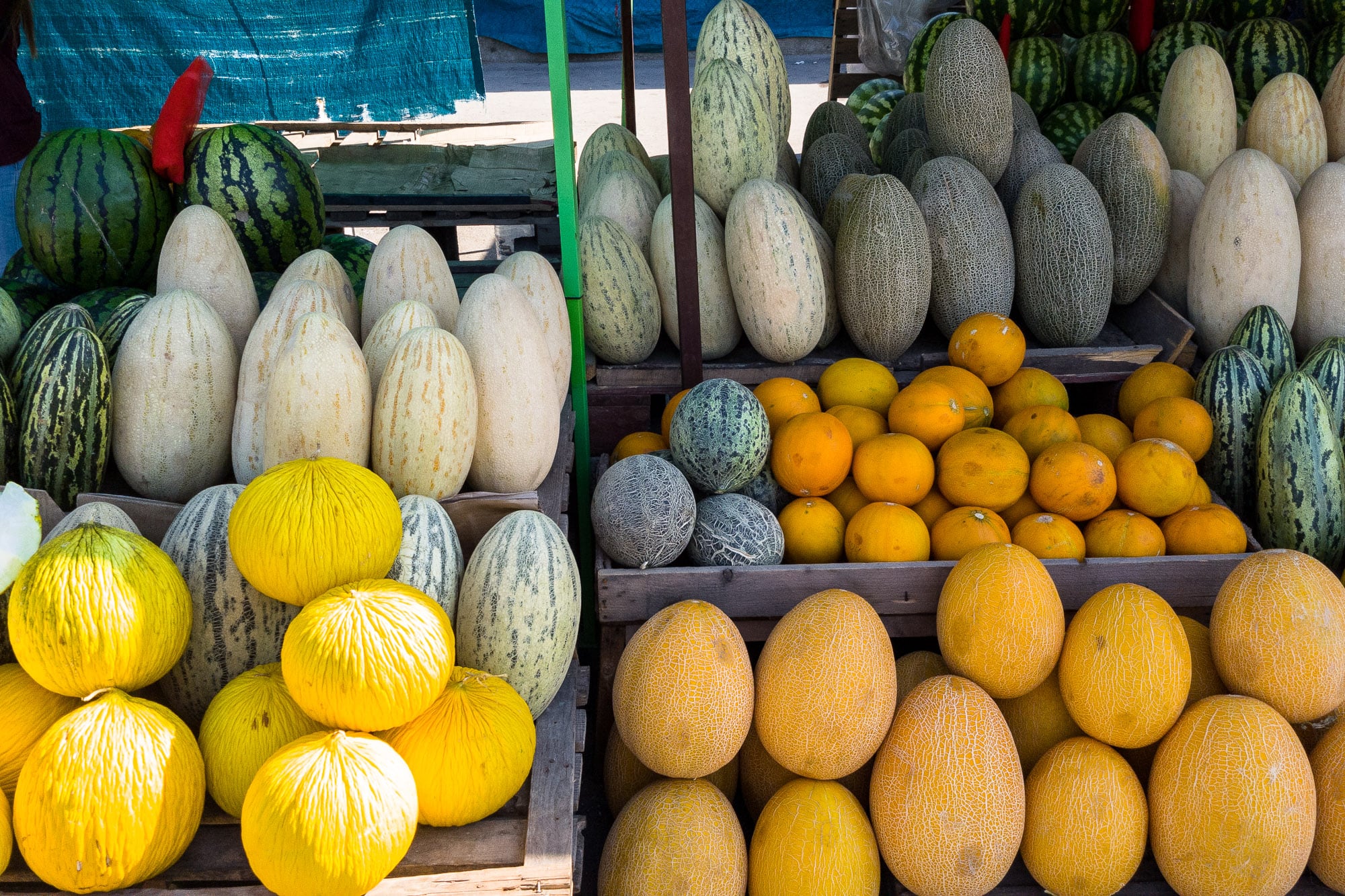 And shortly after that, after buying the melon that I needed, I realized that my phone was gone. My iPhone, with all my contacts and all my music and my downloaded copy of “Ash vs Evil Dead” on it. It was gone. I felt sad.

So I walked back to the place where I had been using it the last time. It was somewhere on this road: 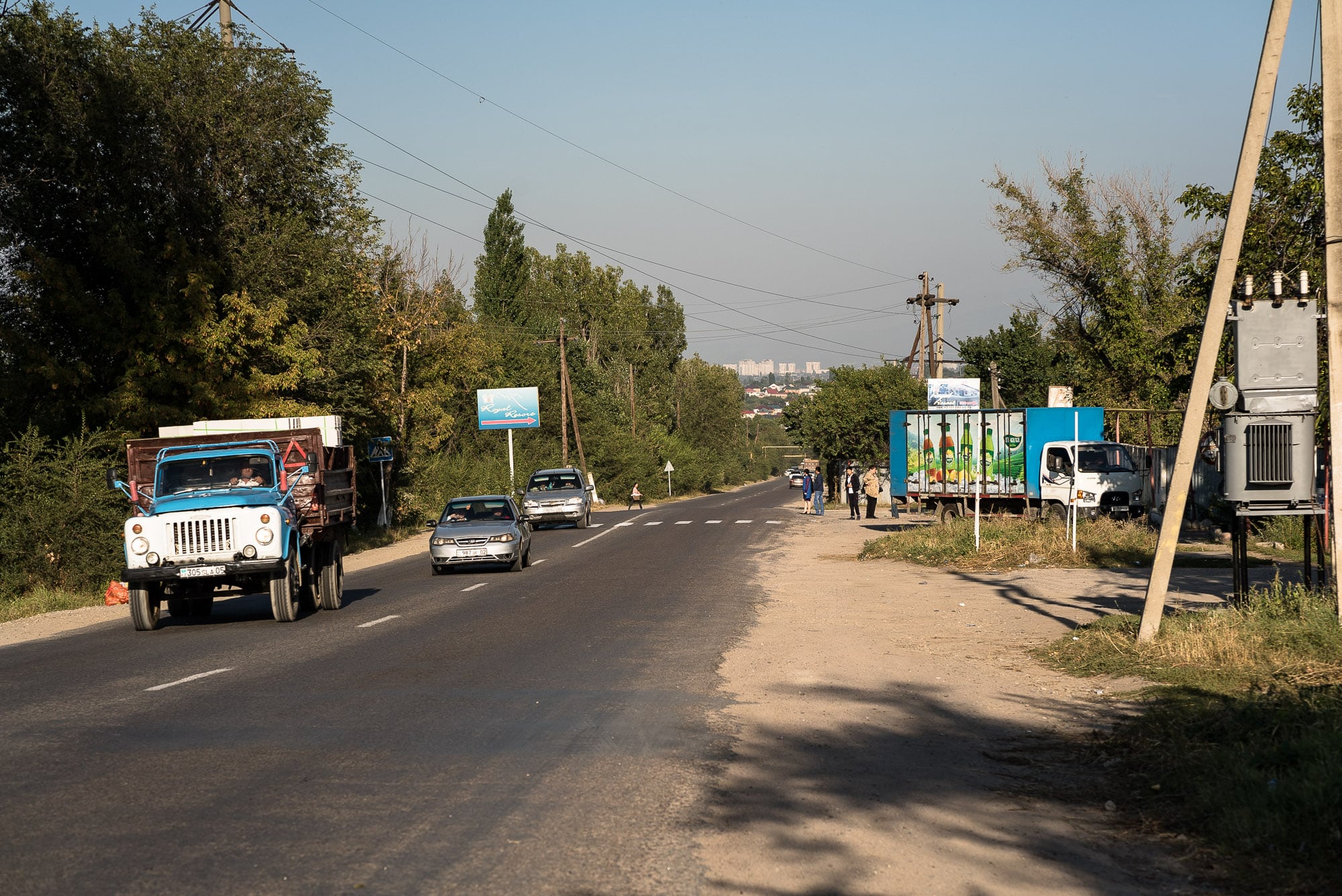 I kept asking everyone if they had seen it. I also asked my friends from the construction crew. But no, the phone was gone.

I gave up and kept walking until grassland was around me: 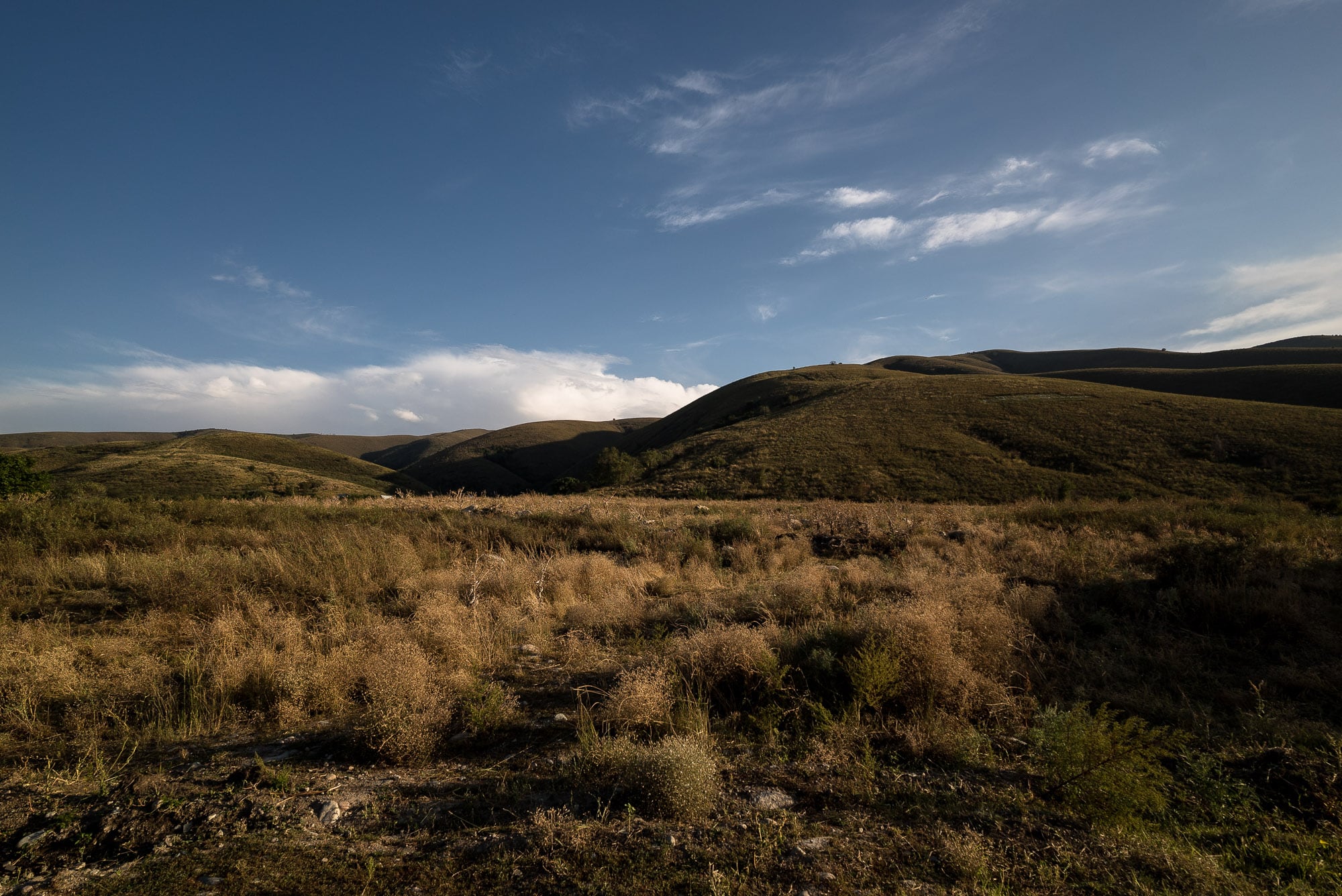 Grassland with the occasional yurt: 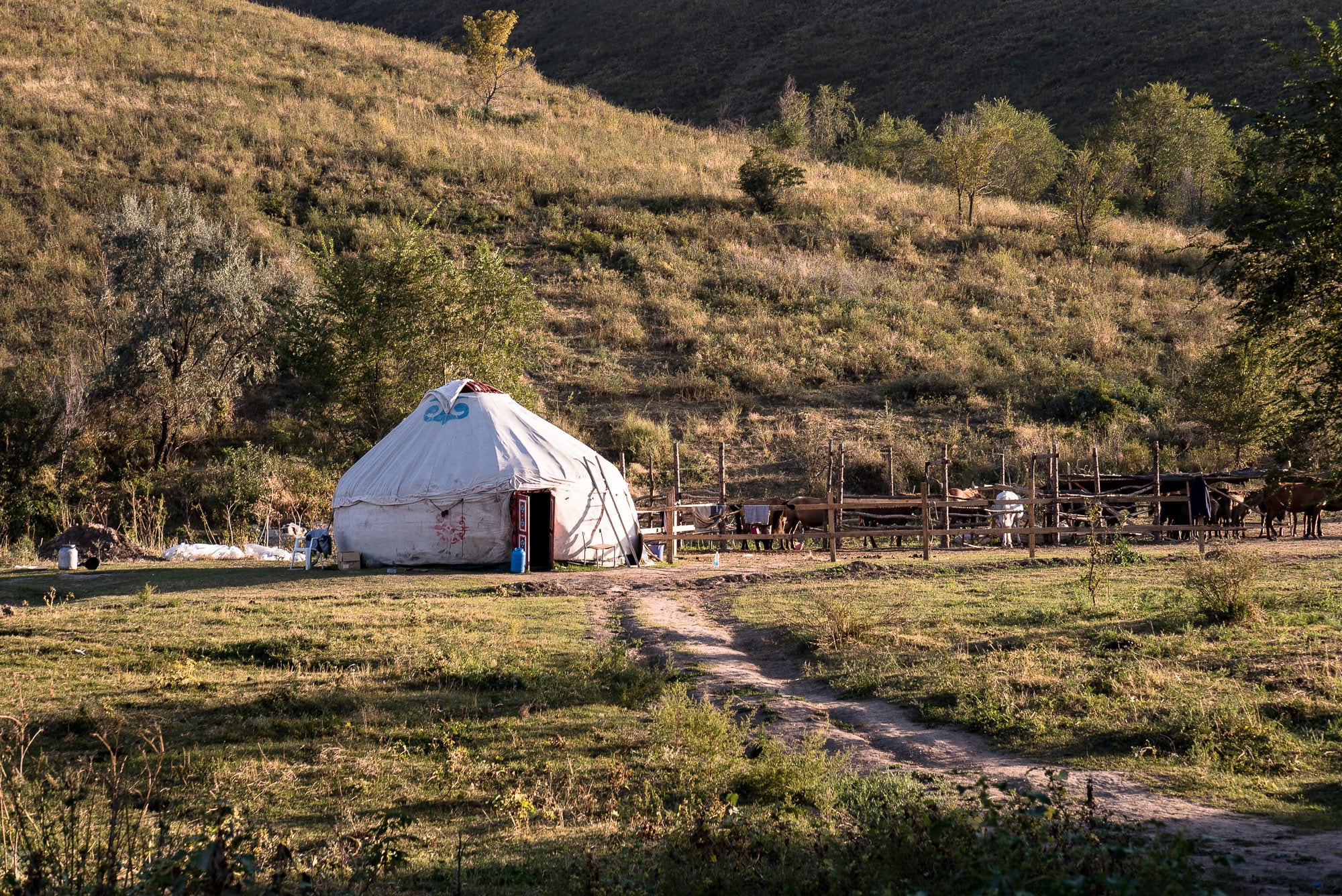 I kept walking until the sky turned pink and golden from the setting sun:

I kept walking until darkness fell: 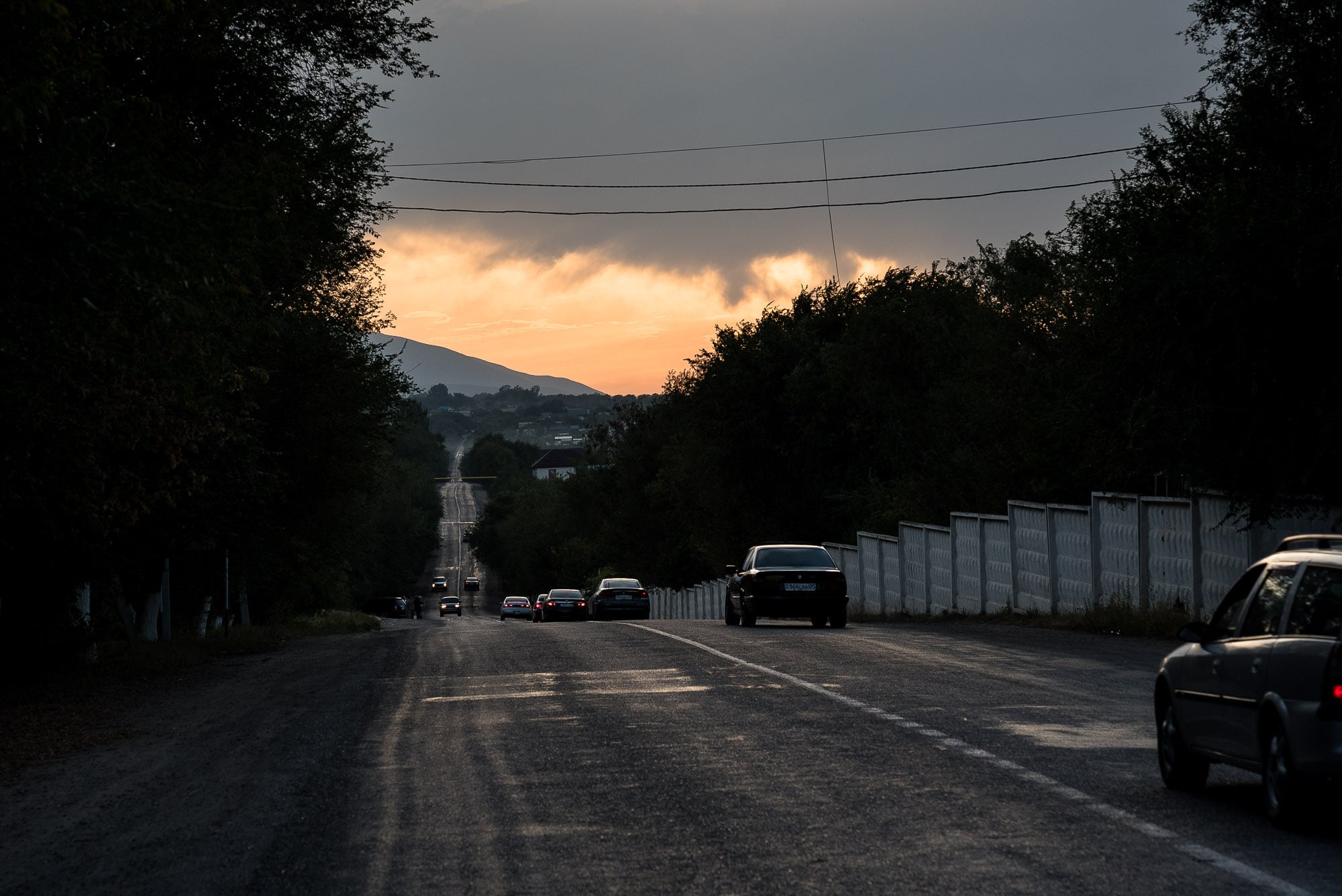 And then I reached the outskirts of the little town of Kaskelen. Here I asked Djumali and his wife for the way to a hotel: 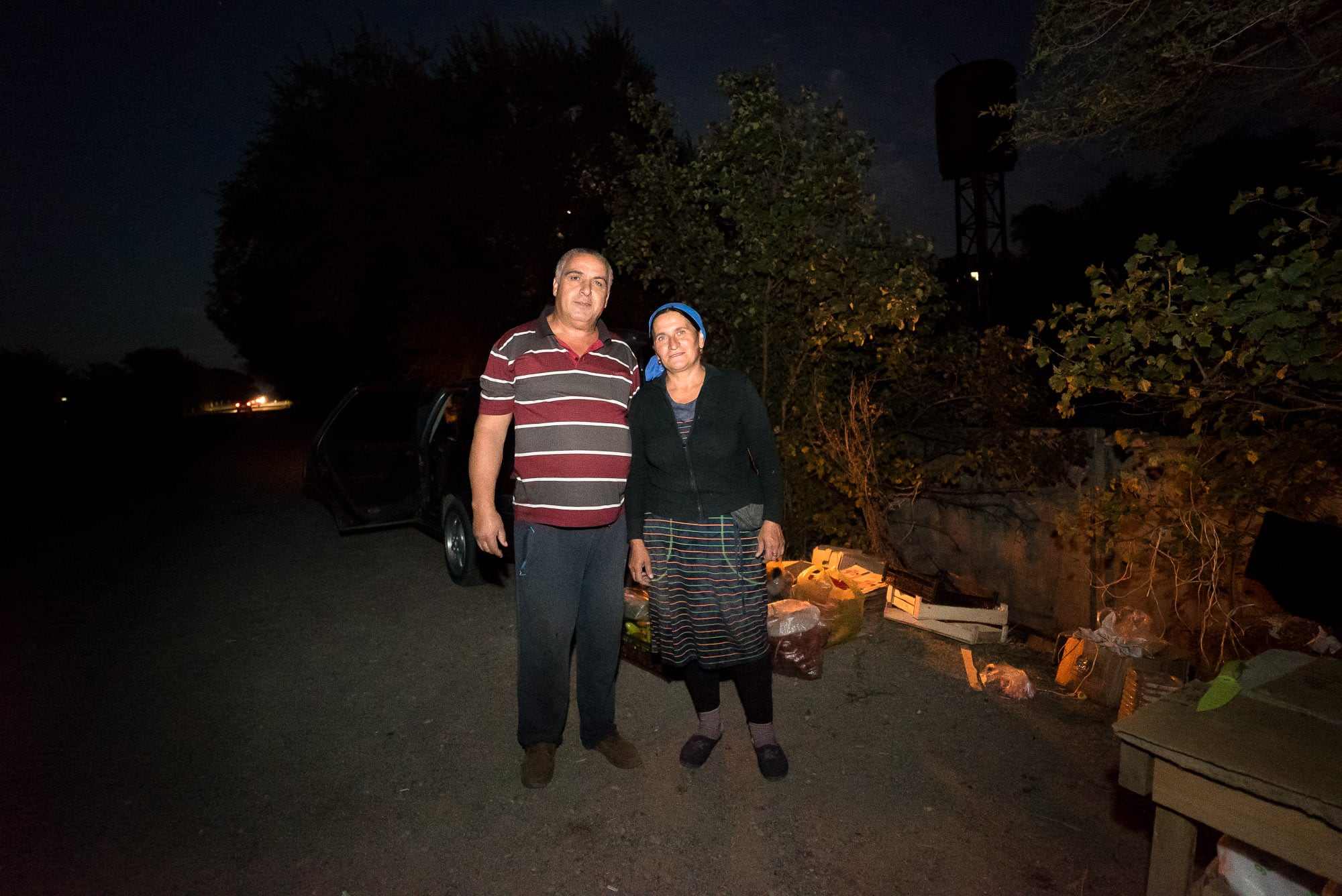 They were just packing up their fruit and their vegetables that they had been selling next to the road. Djumali was very happy when I told him that I came from a place close to Hanover, Germany.

“Paderborn!” he said. He was of Turkish origin and had lived in Uzbekistan before. His daughter lived in Germany.

He told me he would wait for me in the city to show me the way to the hotel.

I walked through the darkness for a while: 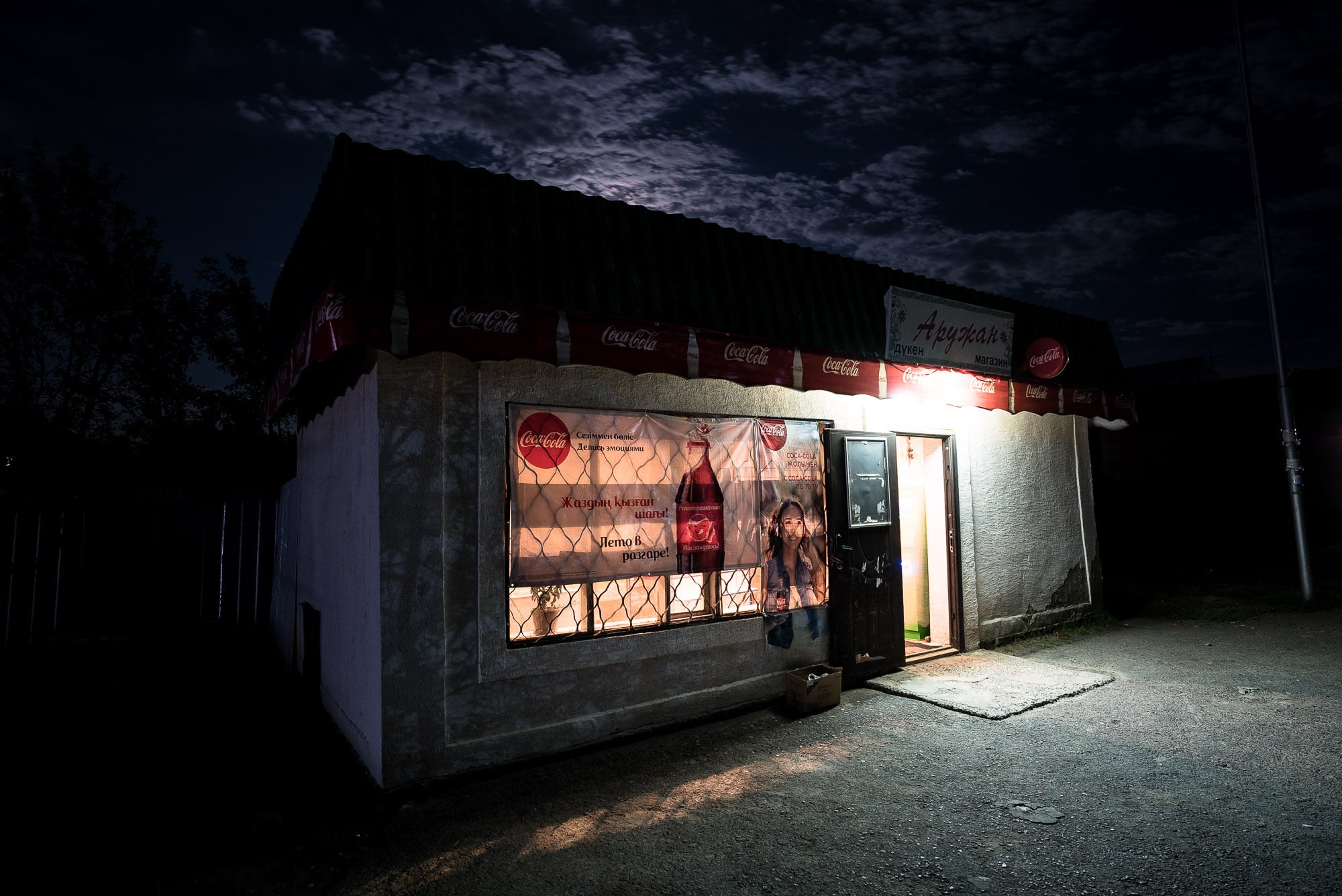 Then Djumali miraculously appeared in front of me. We walked the last two kilometers to the hotel together. He helped me check in, then he called his son to pick us up by car, so we could have dinner at his house: 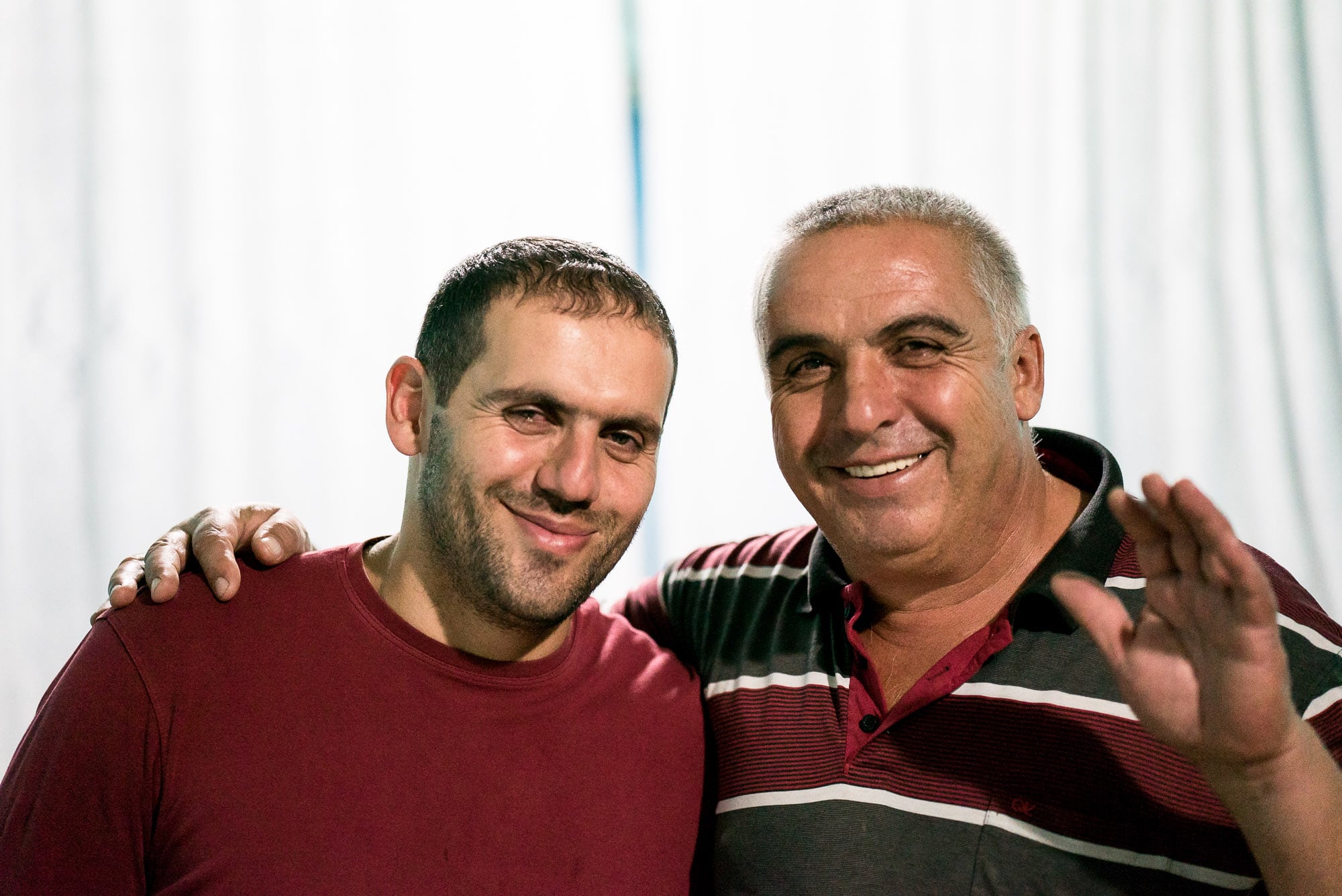 I got a big plate of homemade pelmeni, and I was advised to dip them into Ayran, garlic water or tomato sauce. It was glorious.

At the end of the day, when we sat there having tea and cookies, I had almost forgotten the loss of my hipster device. And it was all thanks to this good man: 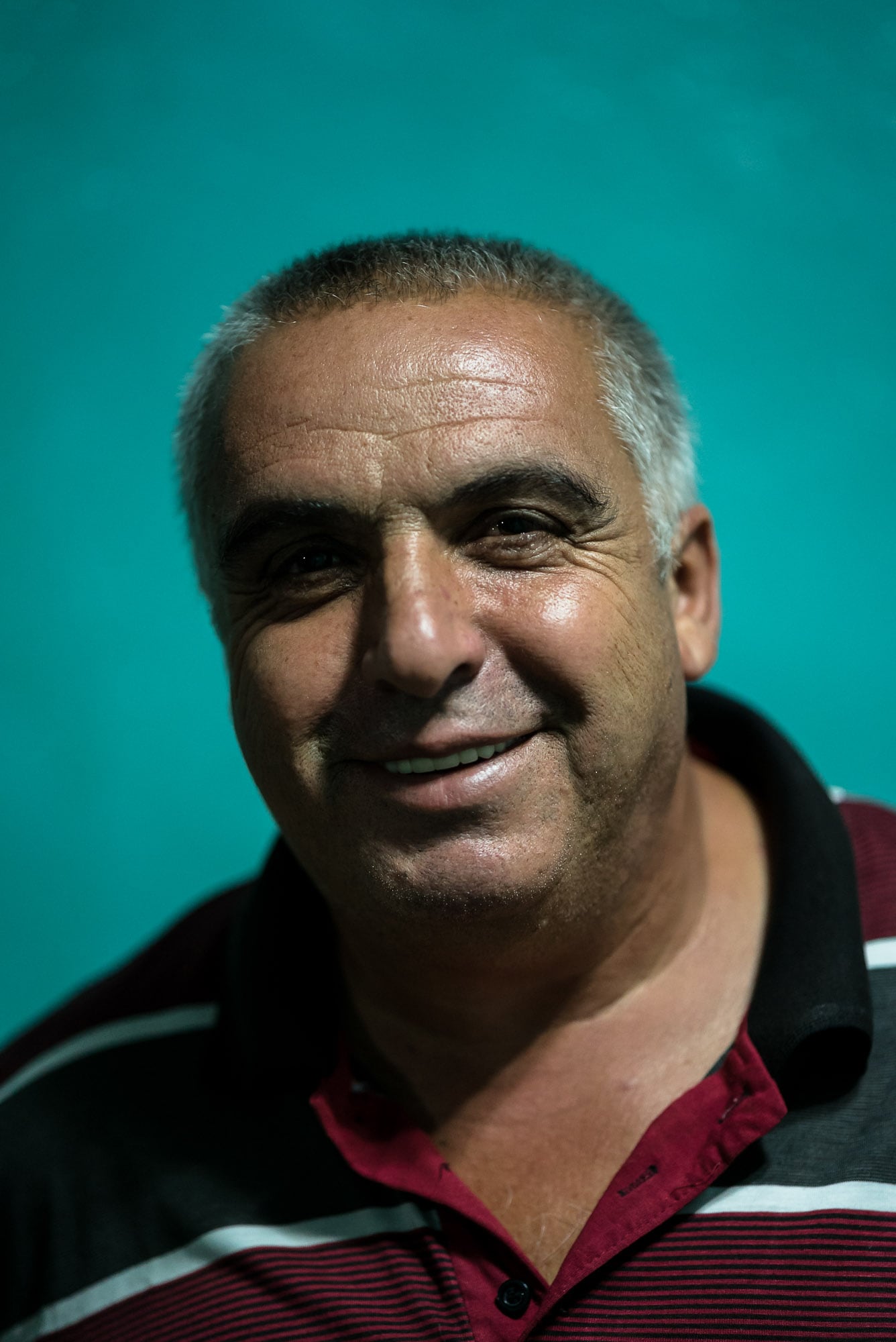 Day 504
from Almaty to Kaskelen

Activity: walking
Soundtrack: Wisdom In Chains - "Songs To My Killer"