I like it when my blog posts are up to date. I mean, this is the internet, and it feels nice to know that everything we read about just happened or is still happening, as opposed to, say, reading articles in magazines or newspapers that are days or even weeks old.

But there is a problem with being up to date.

Yesterday when I wrote up my blog post about the rant, I didn’t know yet that I would end up joining a tour group and going to an art exhibition later that night.

It was called Artbat Fest, and it took place in a tram depot: 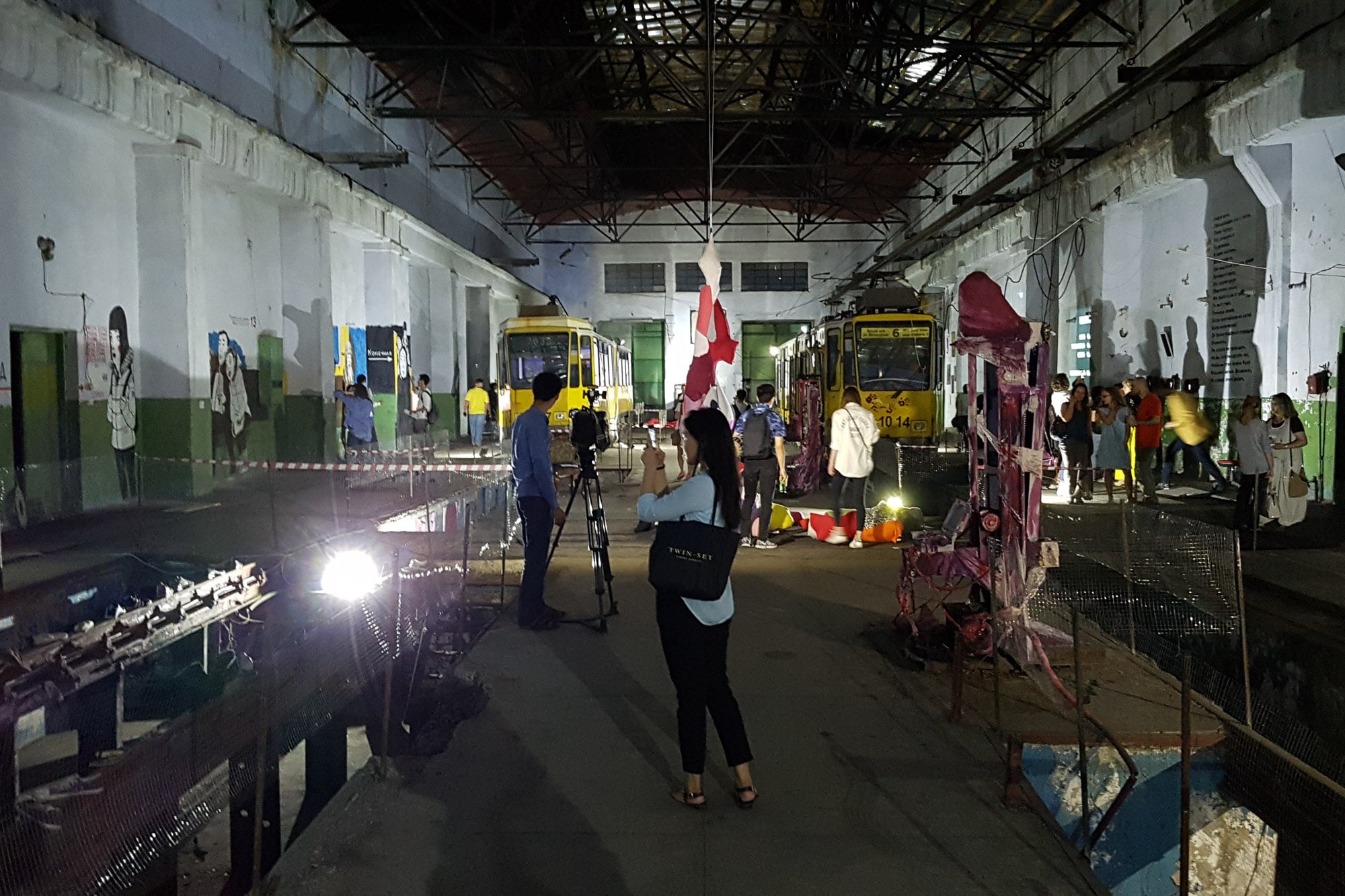 The trams themselves had been abolished by the city after an accident a short while ago.

I wondered whether the other visitors of the exhibition were experiencing a feeling of nostalgia when they saw those trams.

I did, if only because there was a German notice in the window: 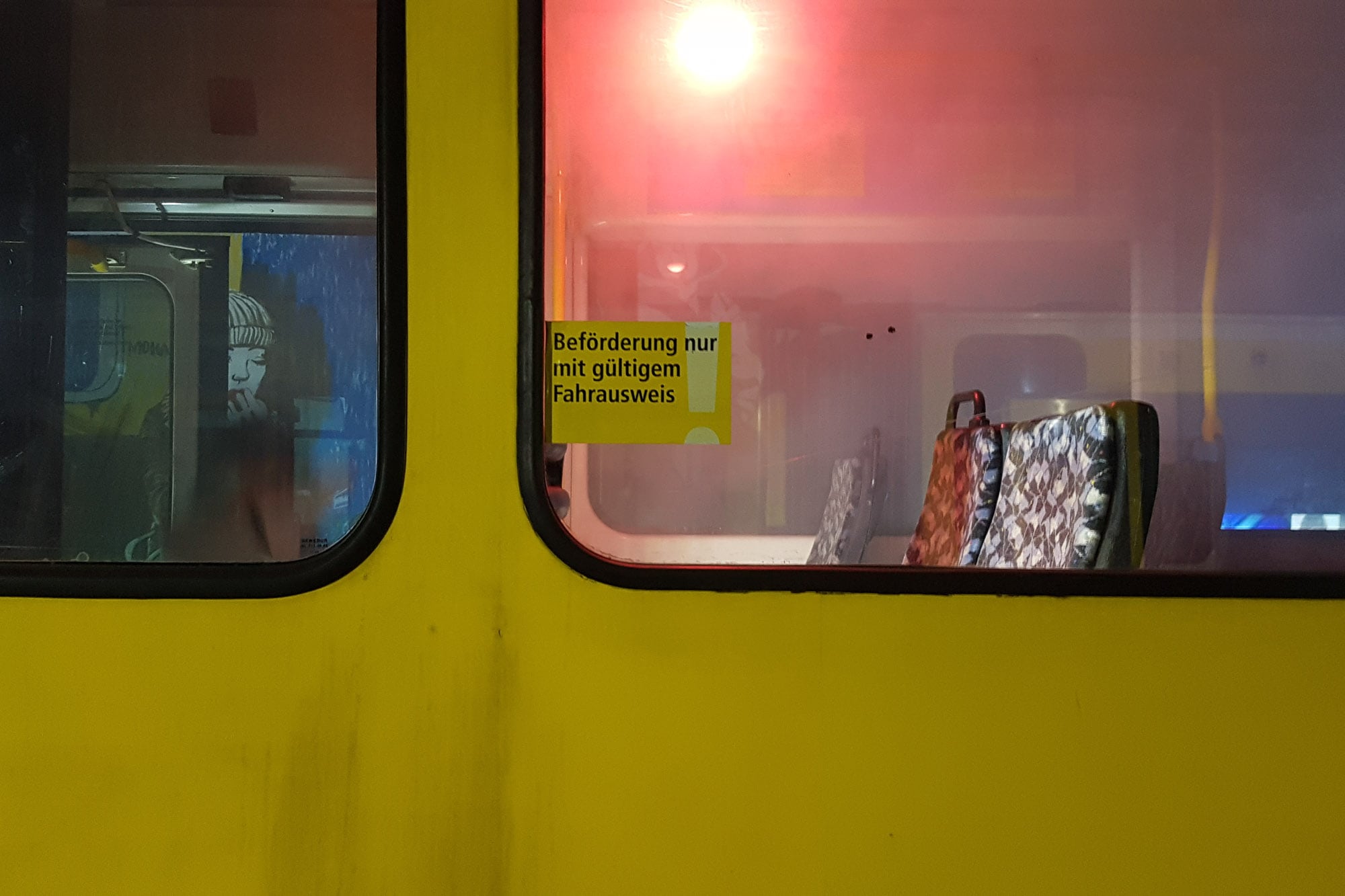 “Transportation only with a valid ticket!” – it doesn’t get any more German than this.

The exhibition itself was interesting.

There was beer. There was music. There were installations (some of which looked rather sexual). There were masks on a wall: 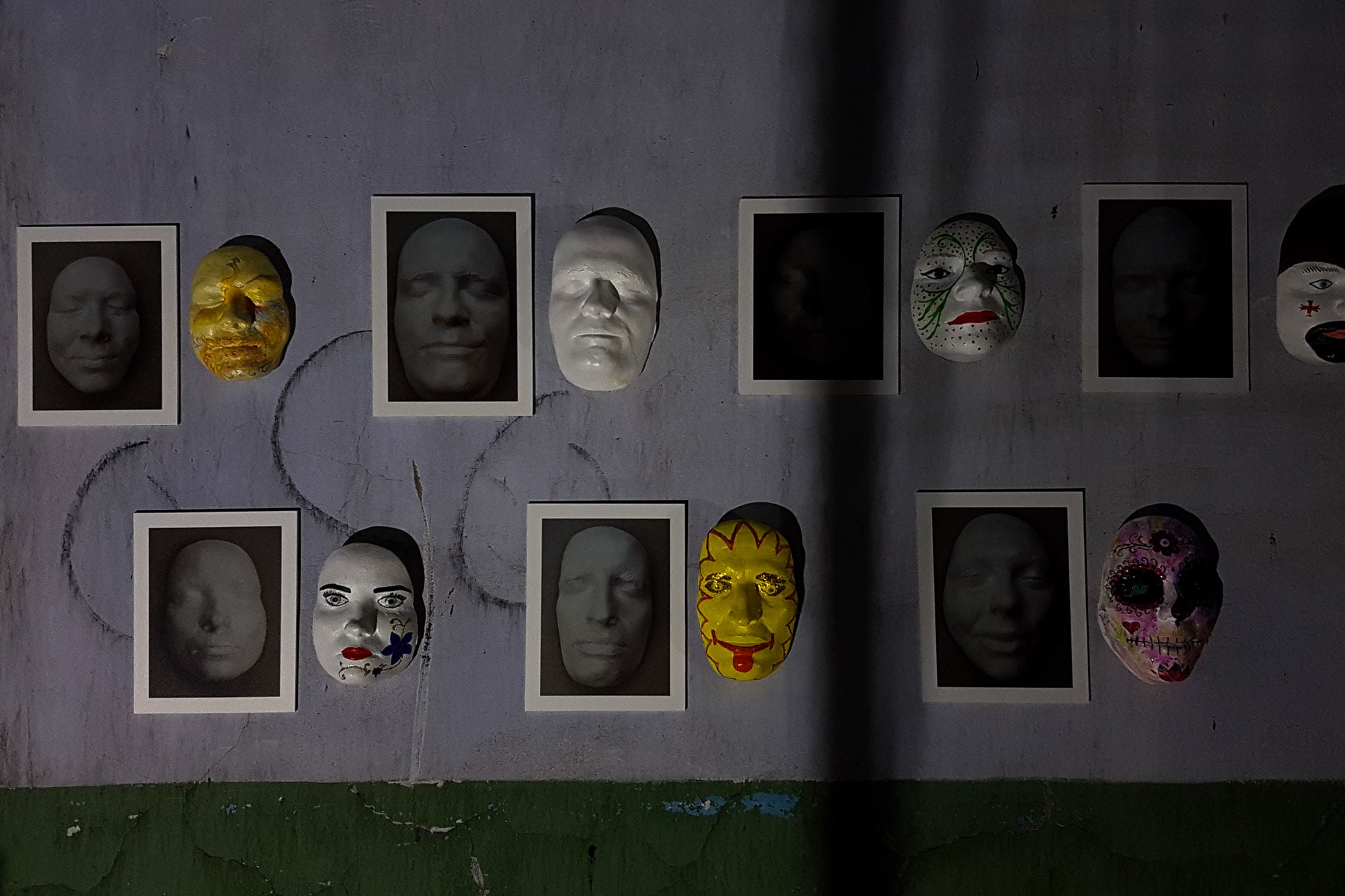 There was a lady clad only in red cloth standing on a pedestal: 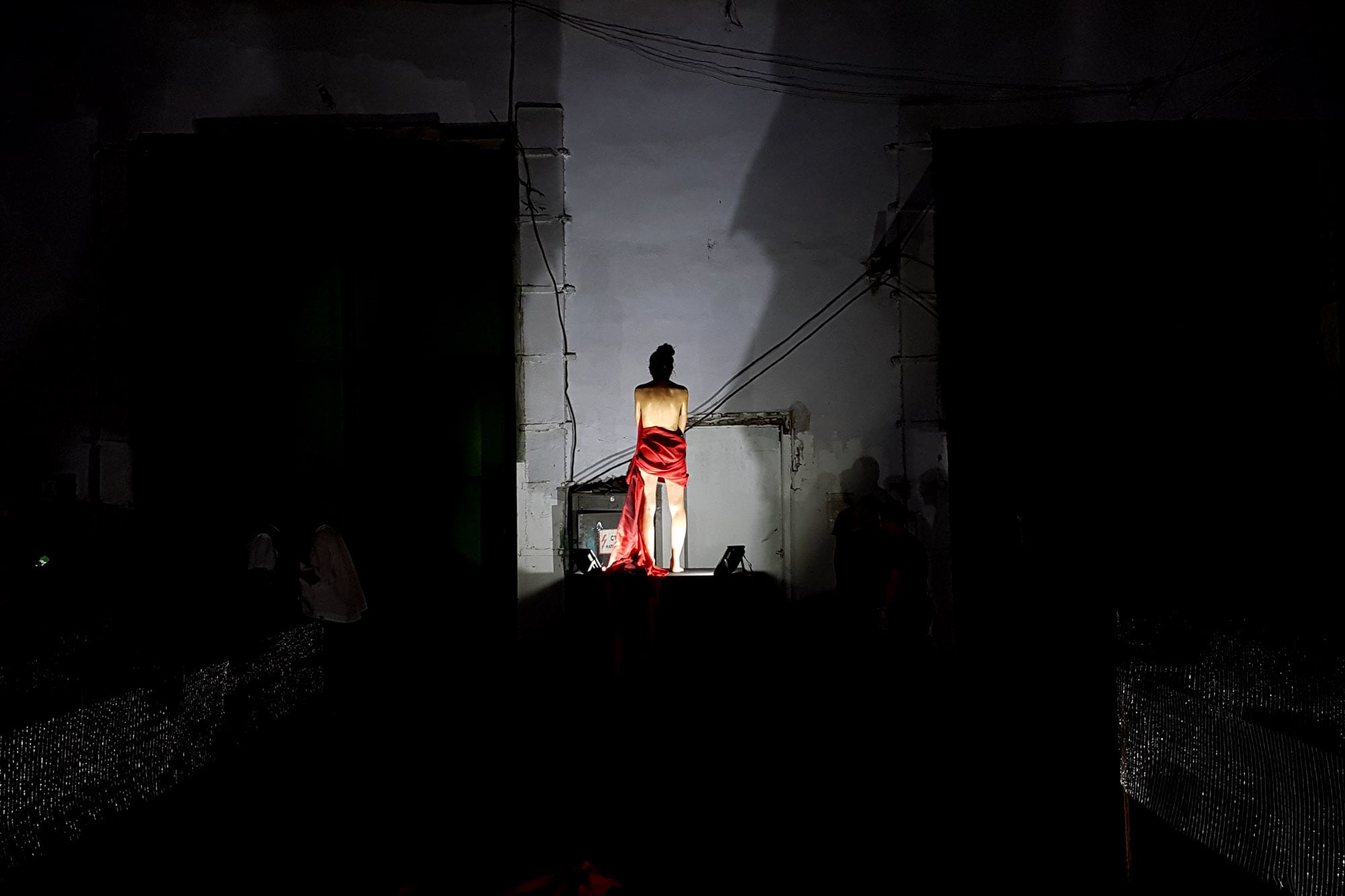 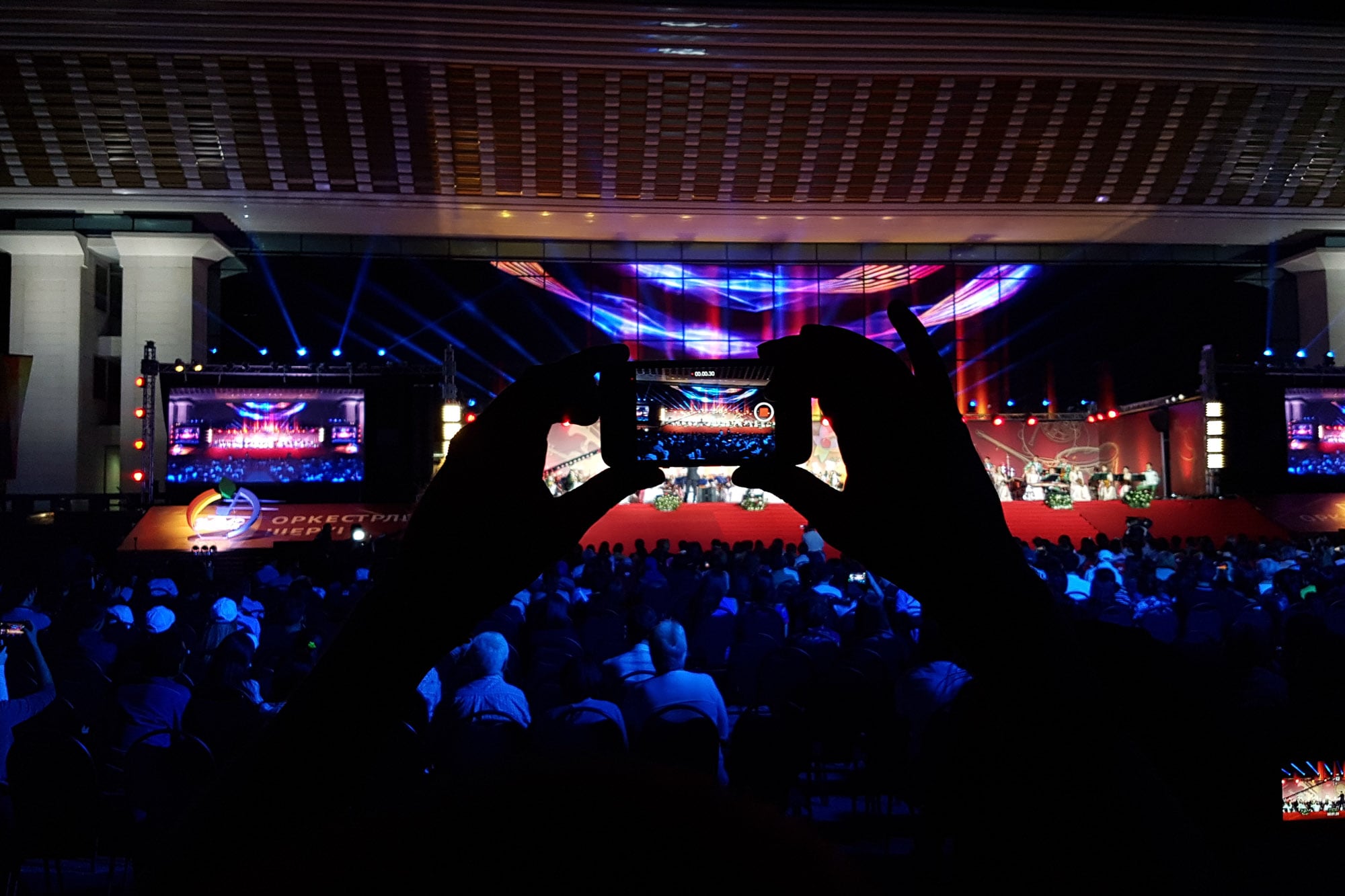 And then I ran into Sangul: 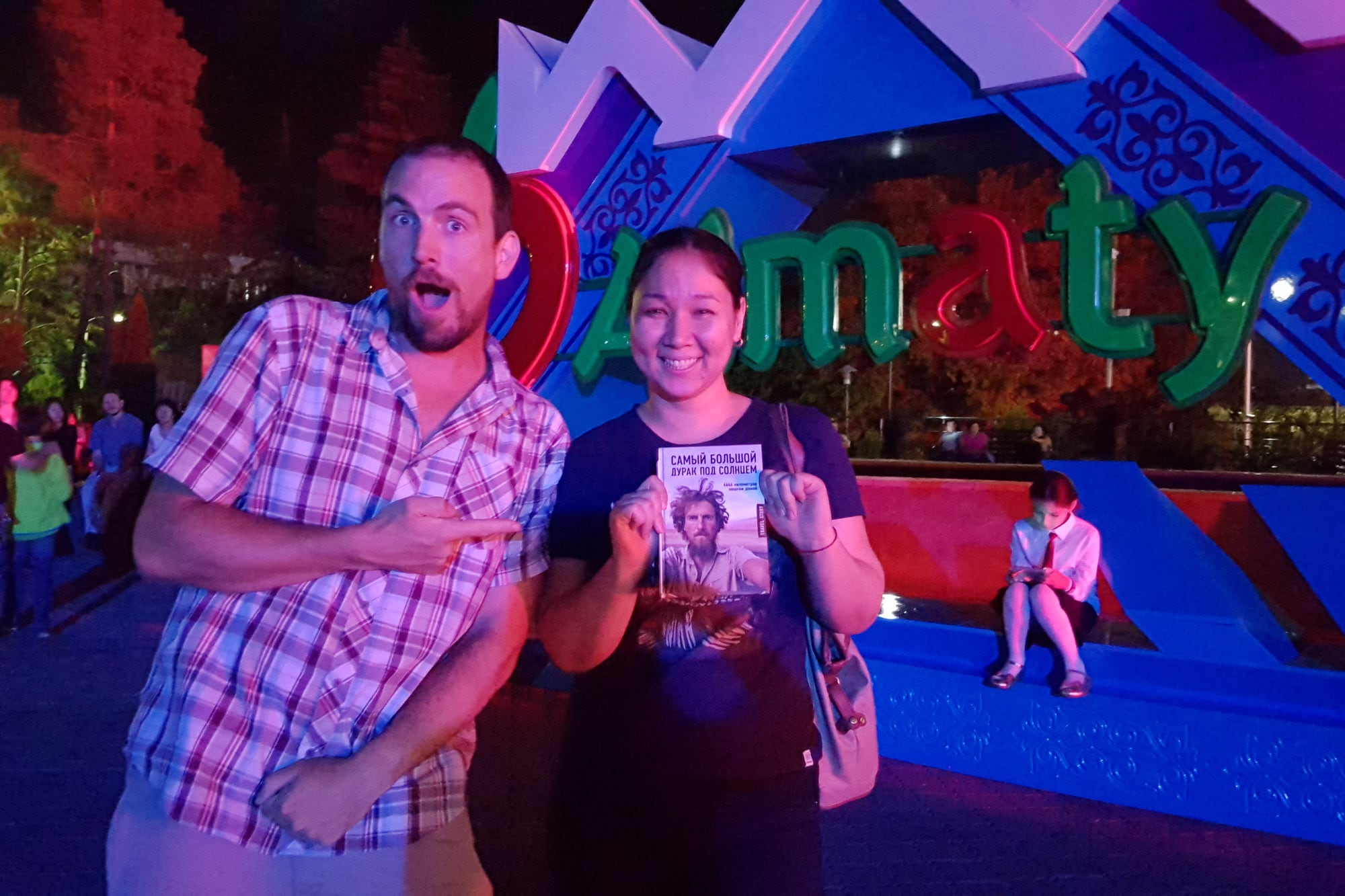 She recognized me because she was currently reading my book. And not only was she reading my book, but she had it with her right there that night at the open air concert.

So there you have it. All of these things happened on the night of September 2nd.

Sometime after midnight I bought a bottle of water here at this little shop: 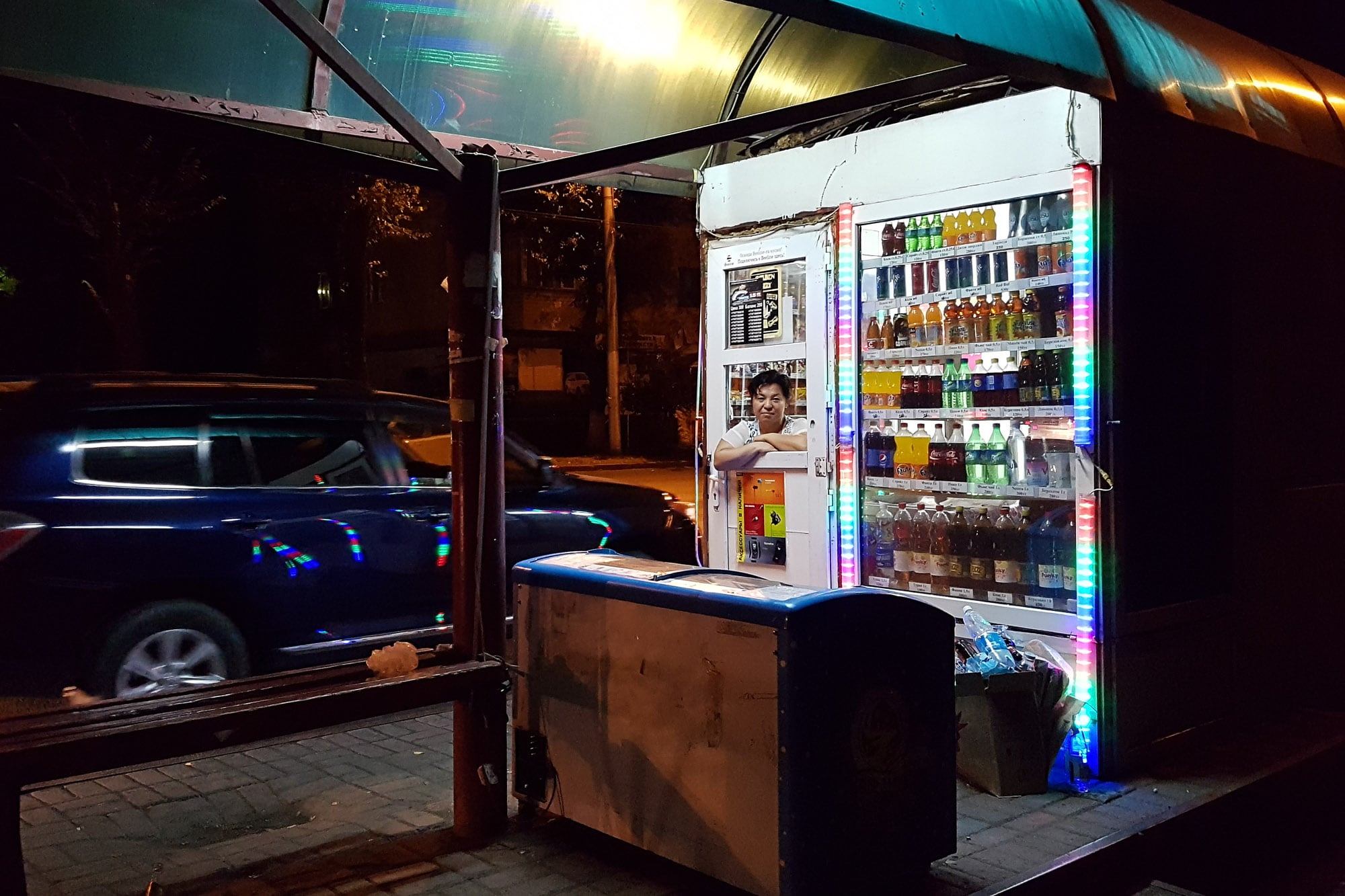 Which technically makes it something that happened on September 3rd.

Then I woke up.

Then I went to my physical therapy: 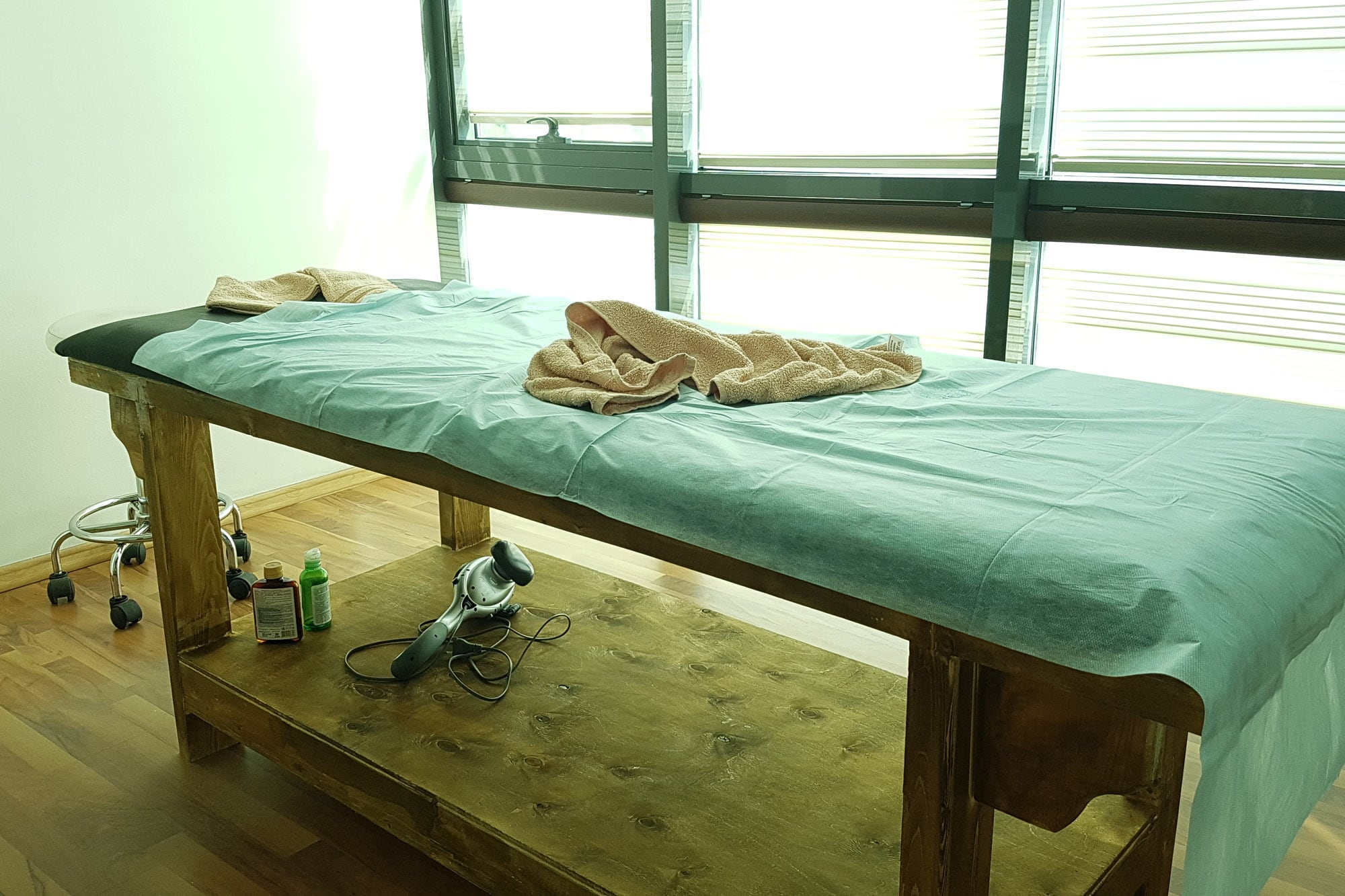 Does walking count? I asked him.

Well, I didn’t have sex that day.

Instead I went out to have a certain Georgian dish:

But then I ended up having a different one: 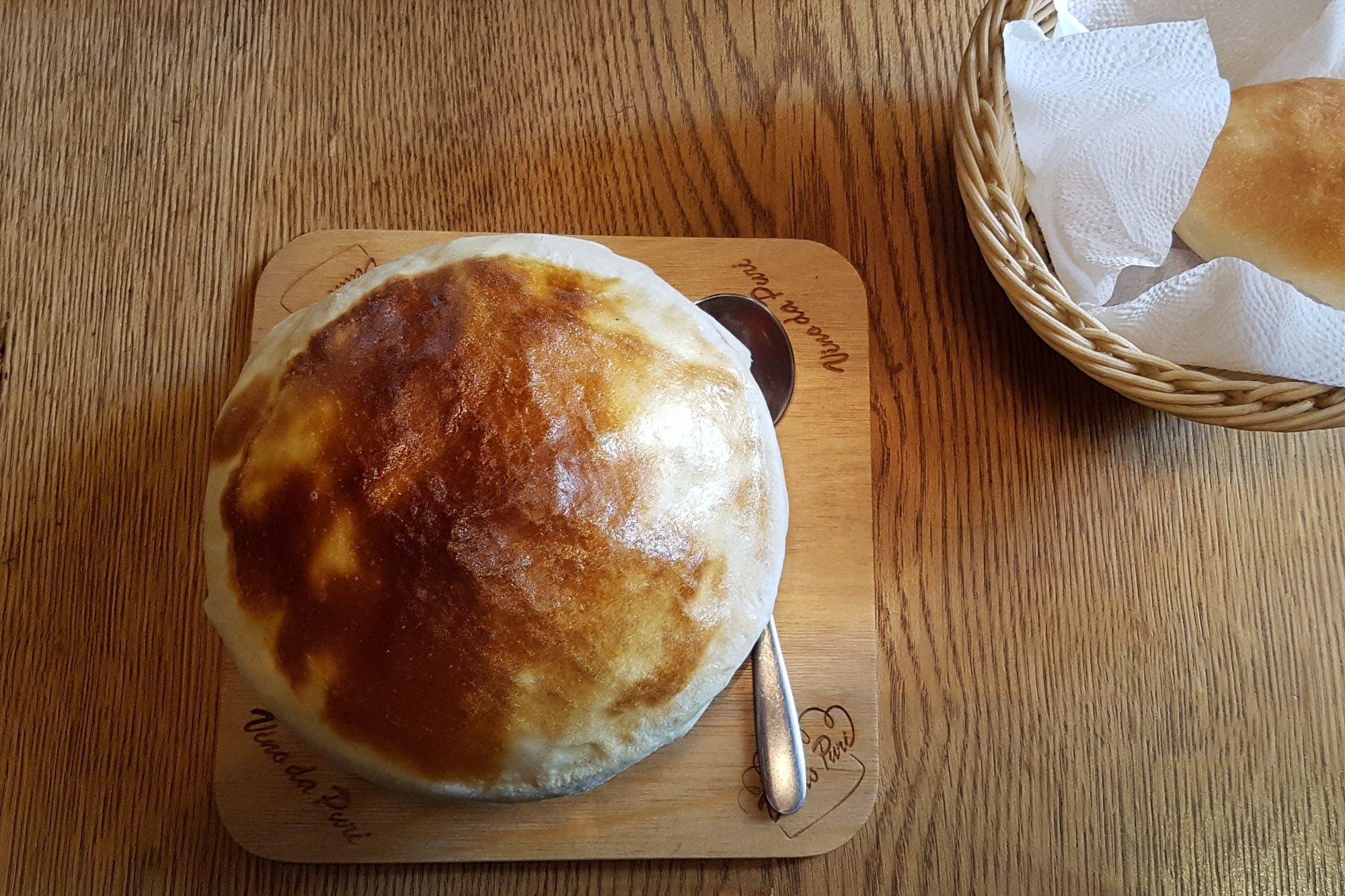 Which was also pretty damn good.