Today was going to be easier than yesterday. Less km, less traffic on the road. Someone had told me about a village with a hotel about 30km to the West and about an alternative road that ran about 5km south of the main road.

So I went looking for it: 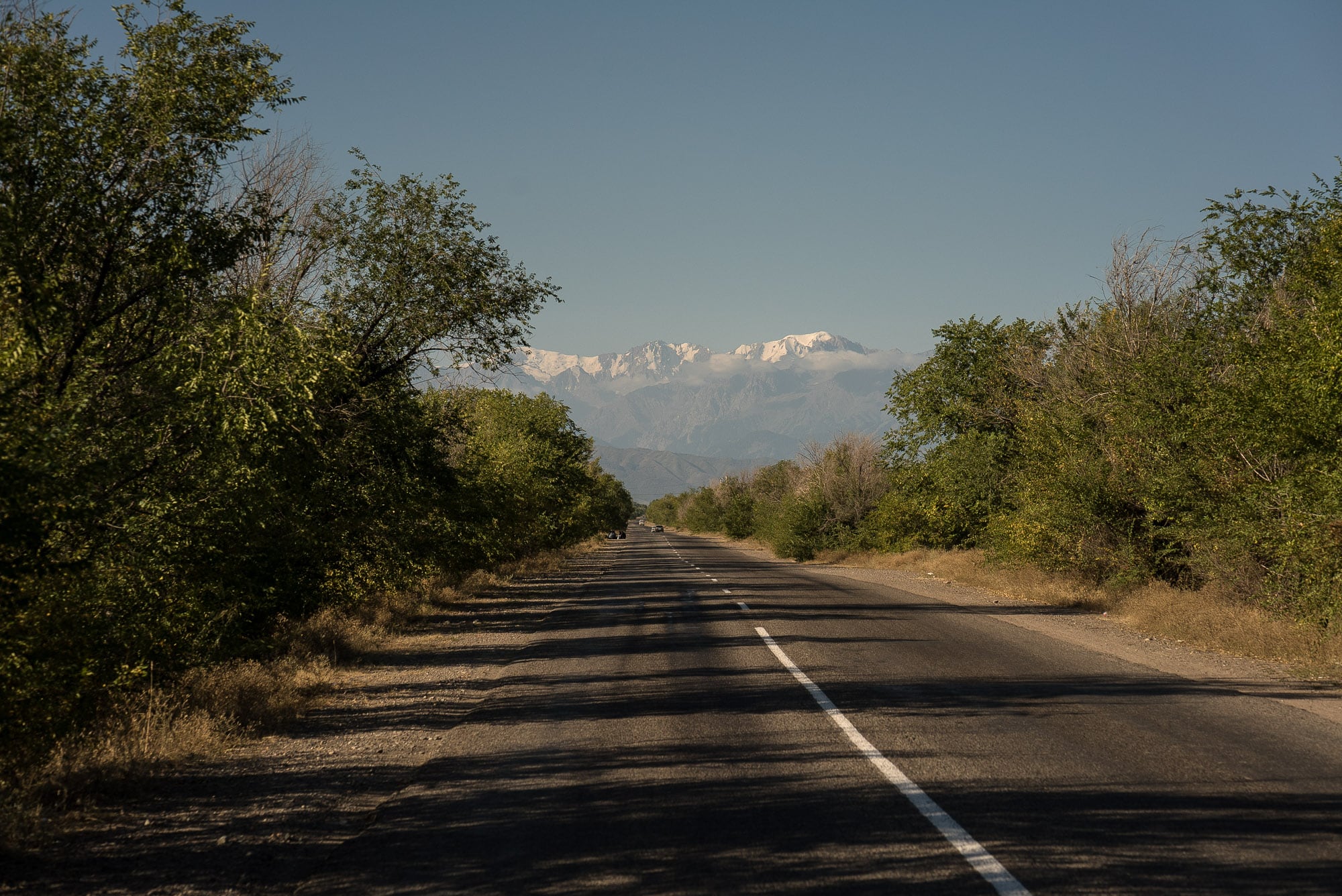 I could see the mountains in the distance, and I felt very optimistic about everything:

One time I passed by a vegetable stand that was propped up next to the road, but there was nobody there and no sign indicating prices, so I didn’t really know what to do if I wanted to get some tomatoes: 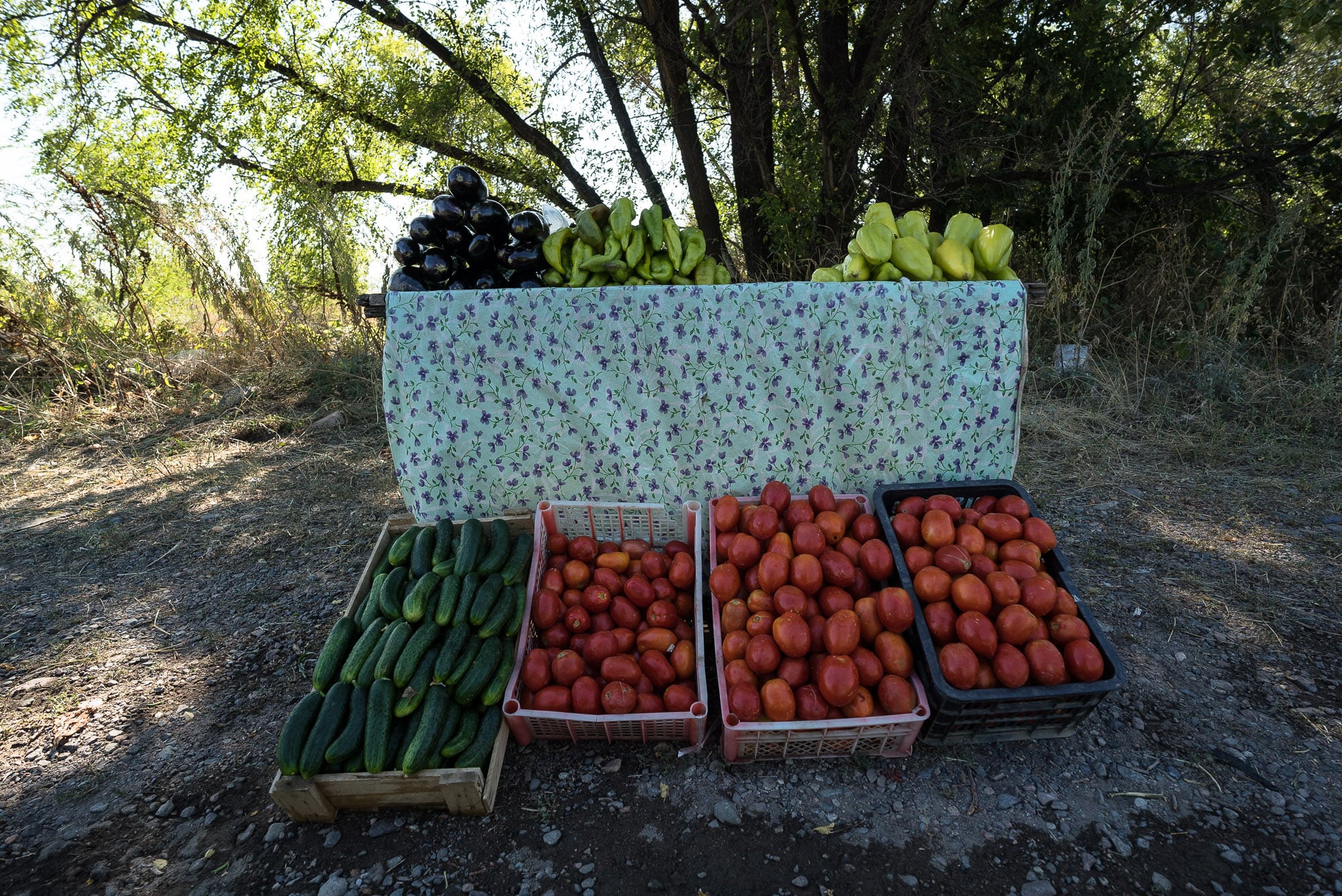 I really would have liked some tomatoes.

Then I found the other road: 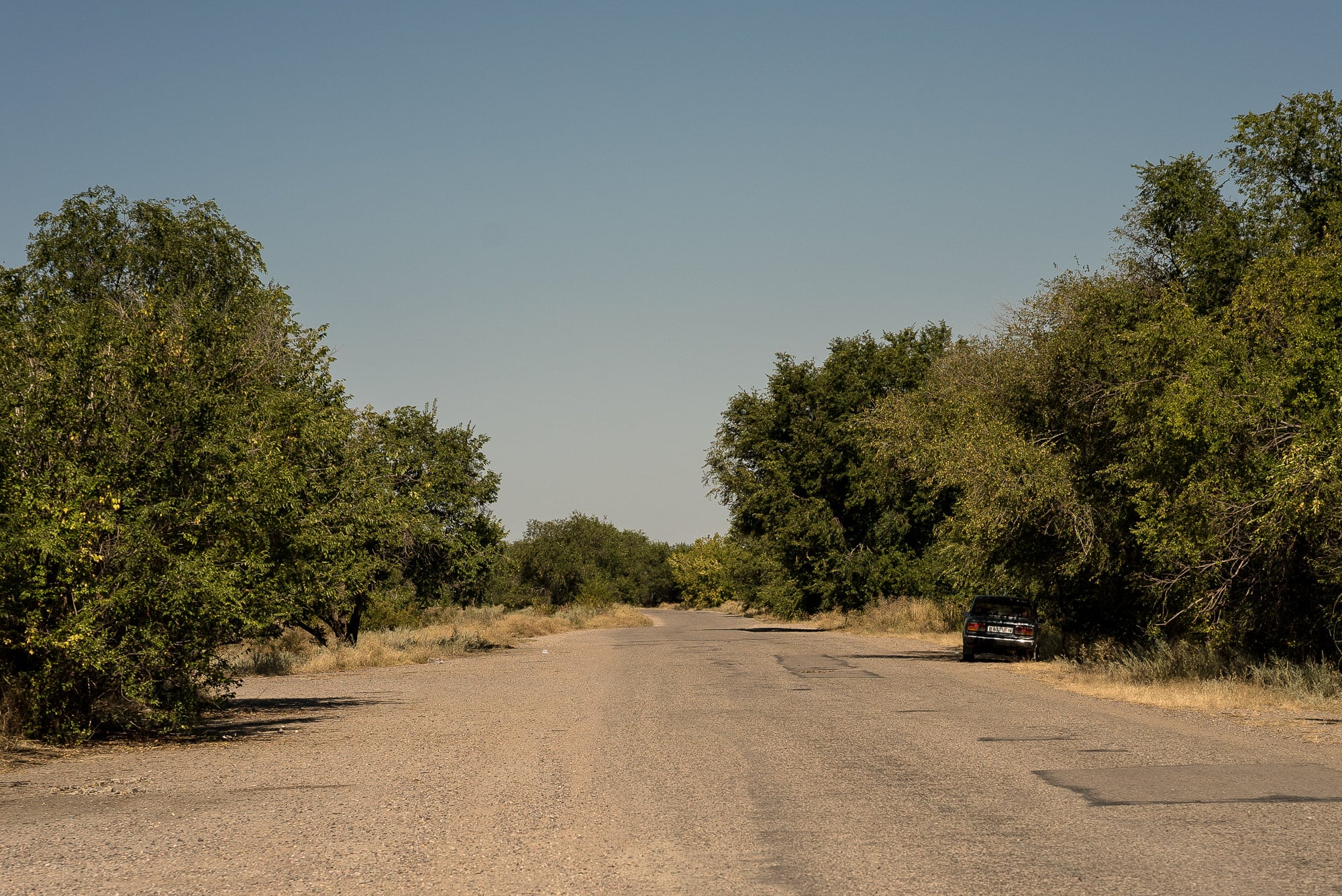 It was very quiet:

One time I had to make a little detour around a bridge: 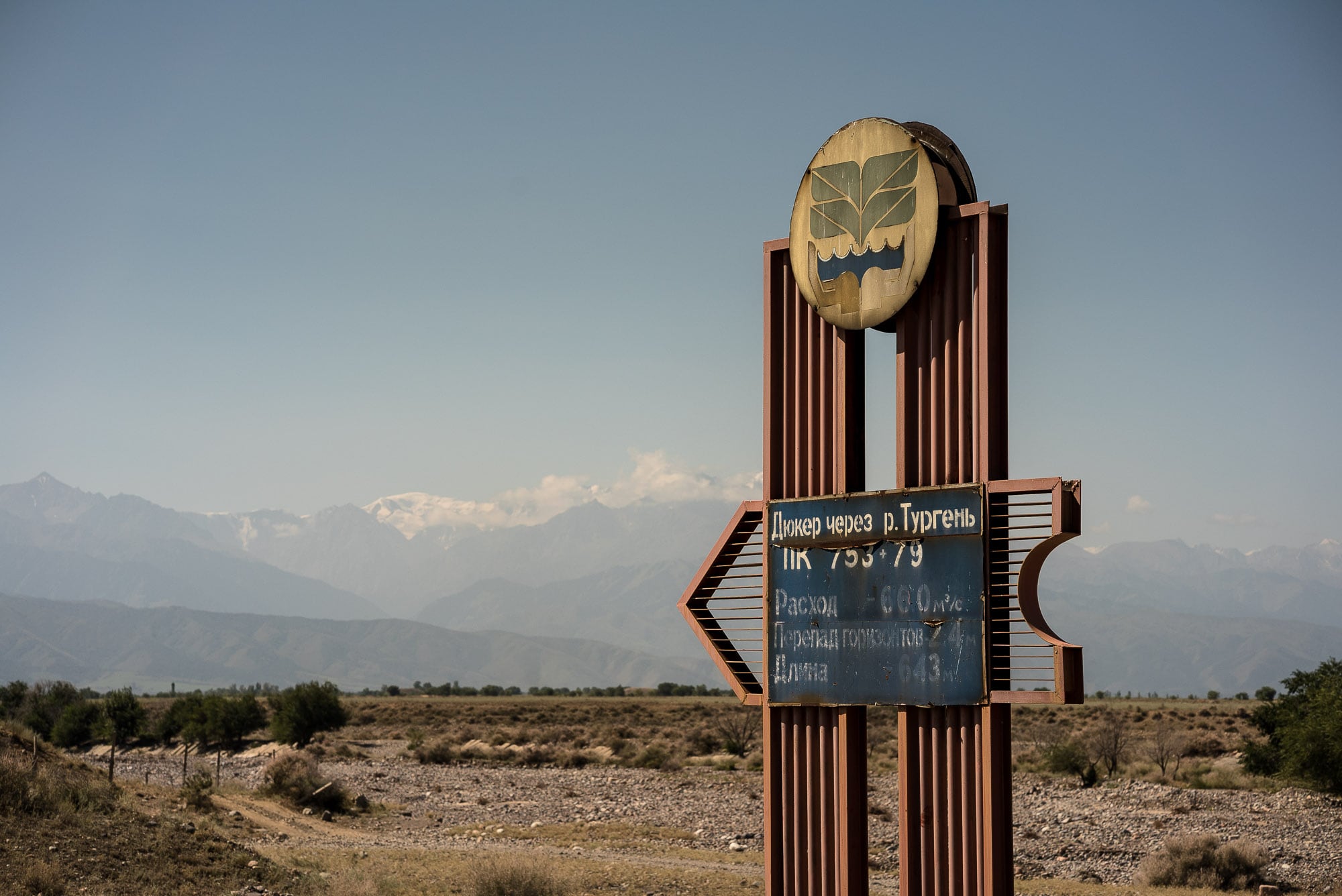 This was because the bridge had collapsed, and even the other bridge (the one that was part of the detour) had partially collapsed: 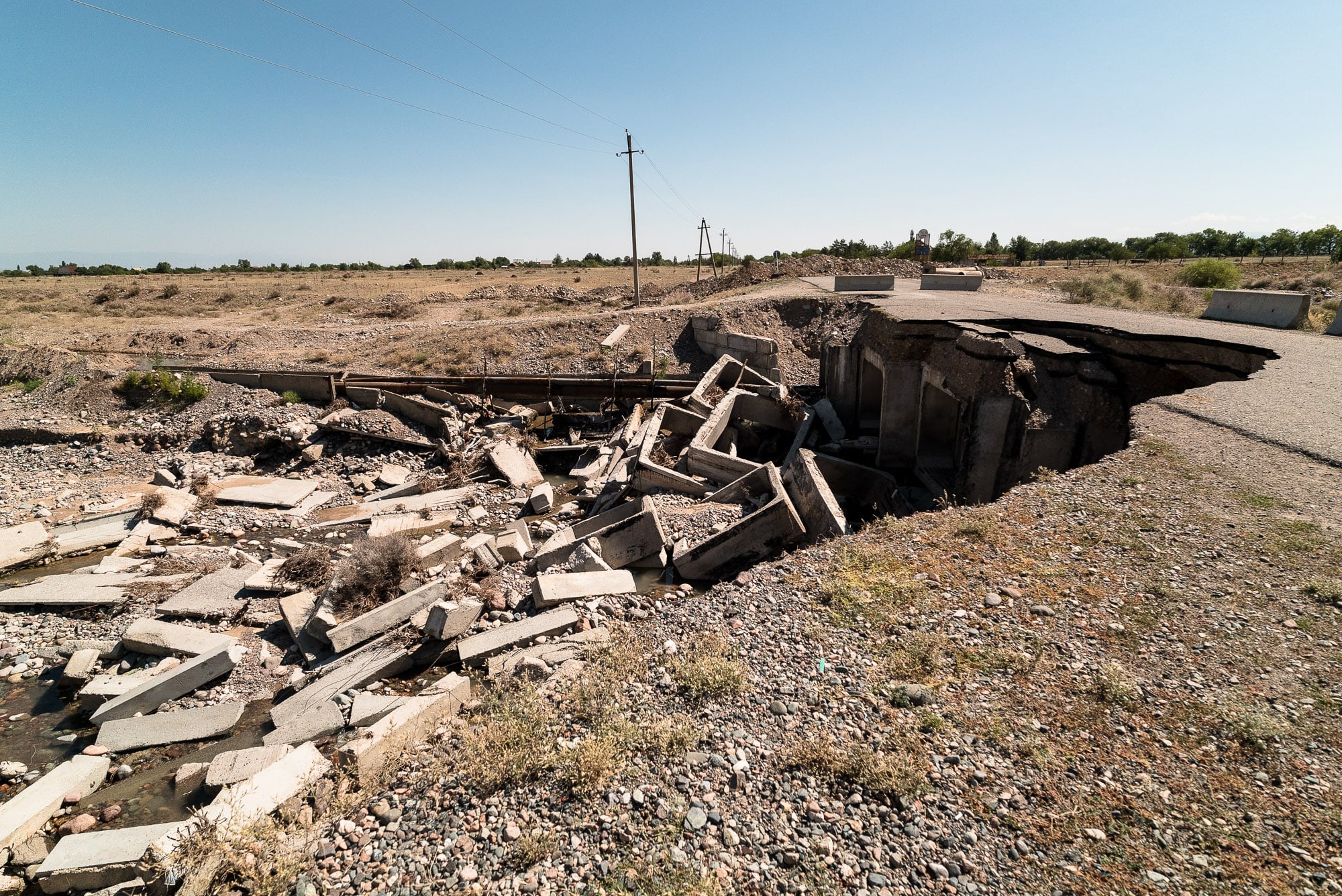 The road ran next to a canal: 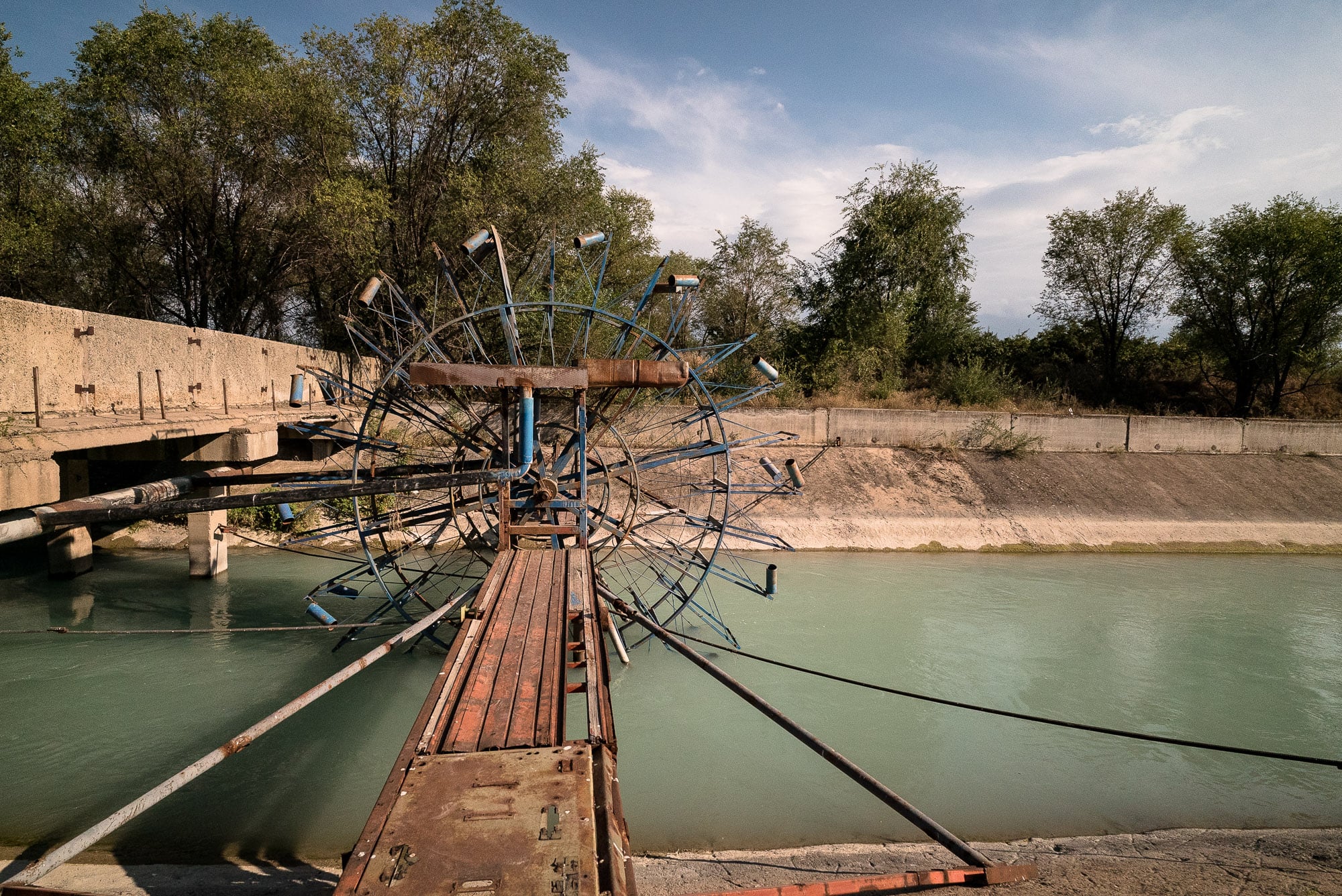 I noticed some young men swimming in it: 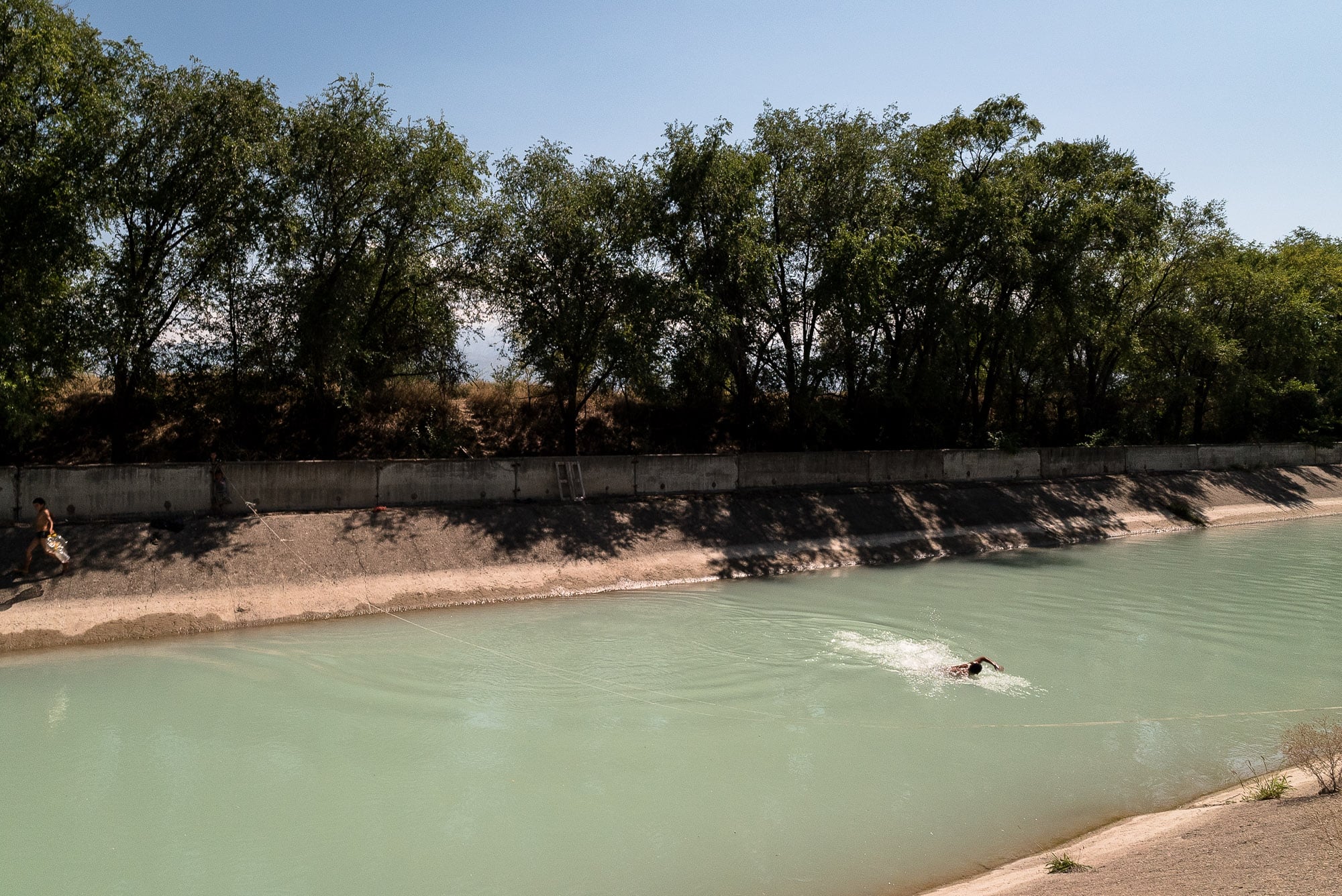 You swimmin’? I sheepishly asked them.
“You walkin’?” they asked back. 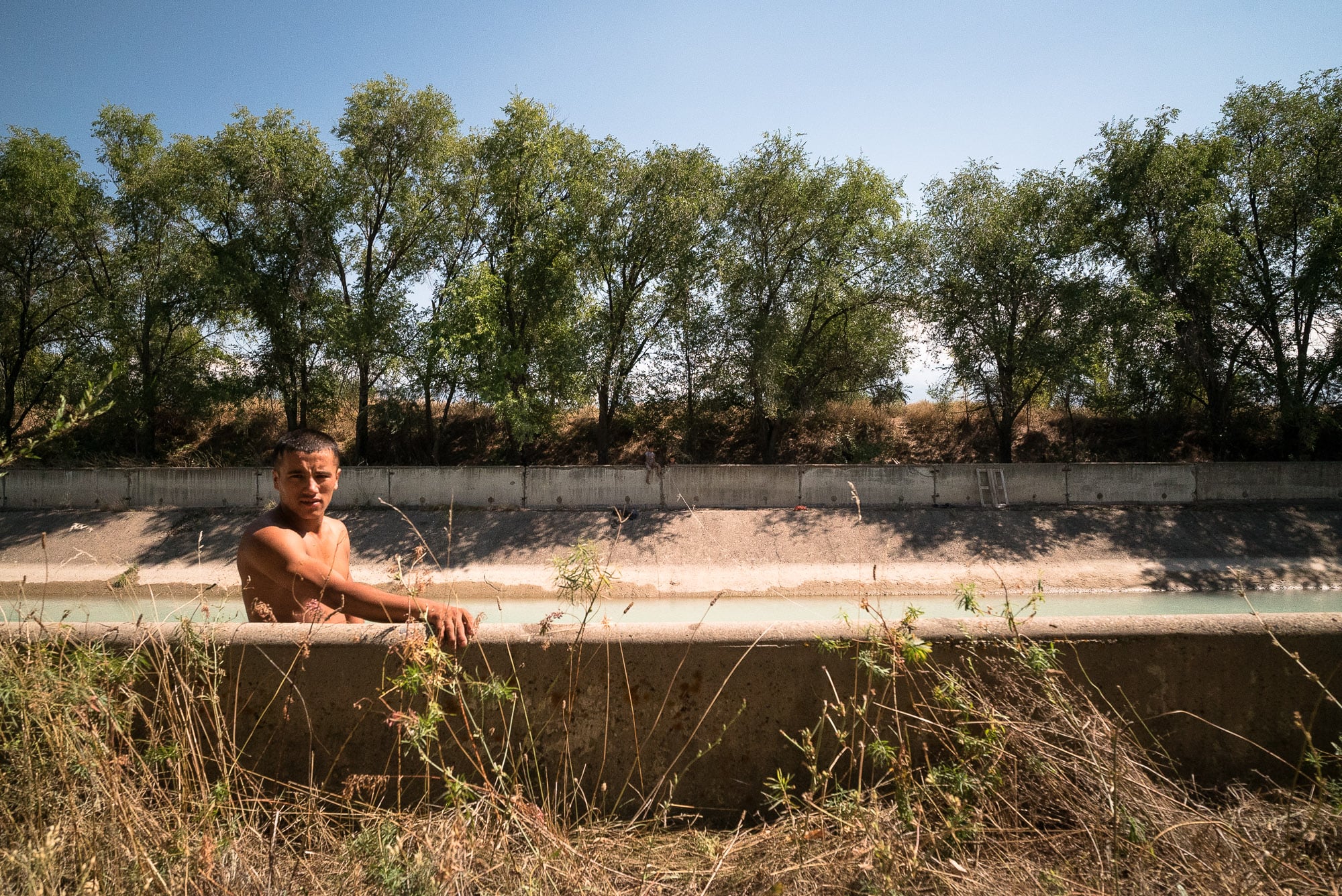 Then, after a few hours of the quiet road and the canal, I saw my first little village: 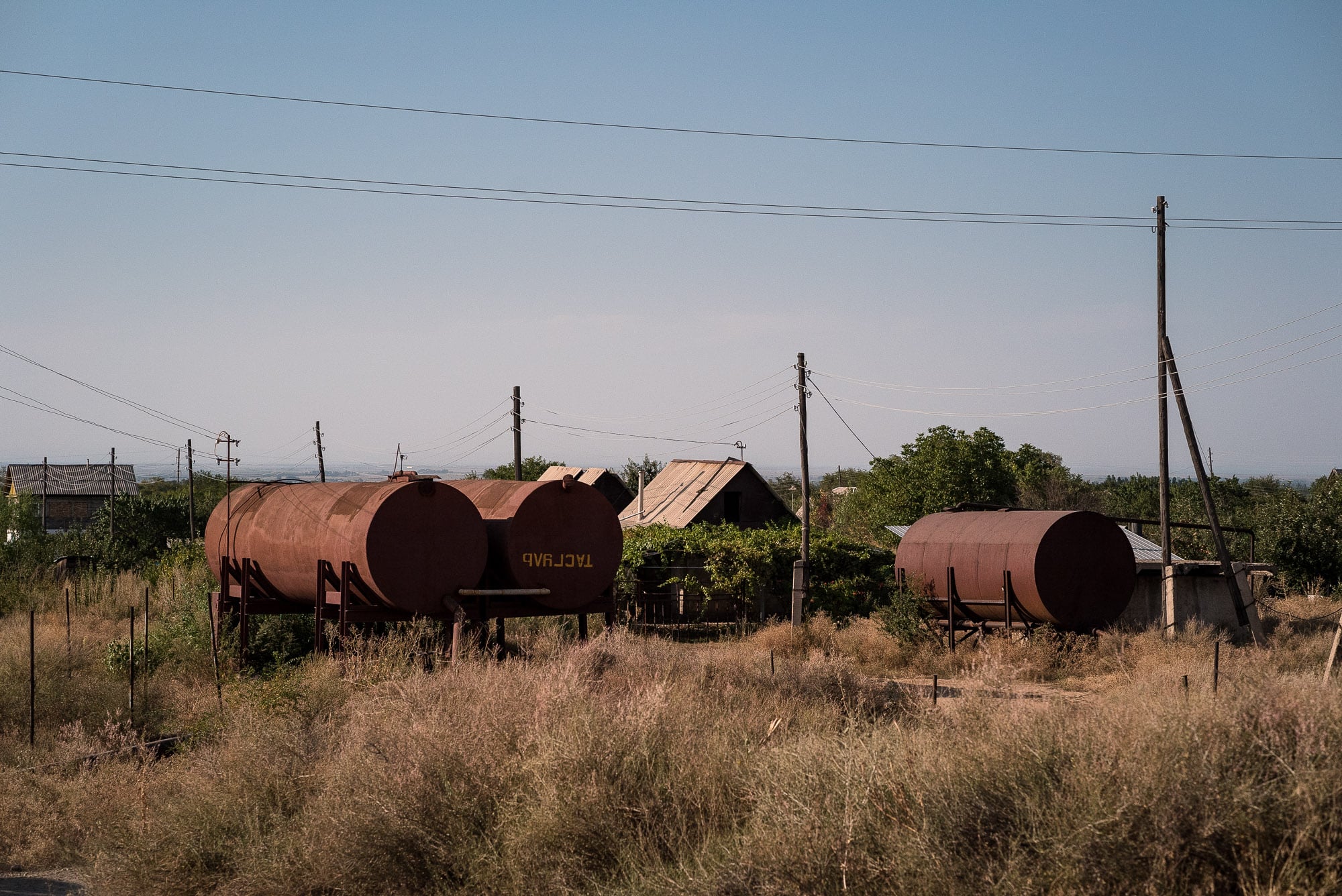 And then I saw what looked like a mine: 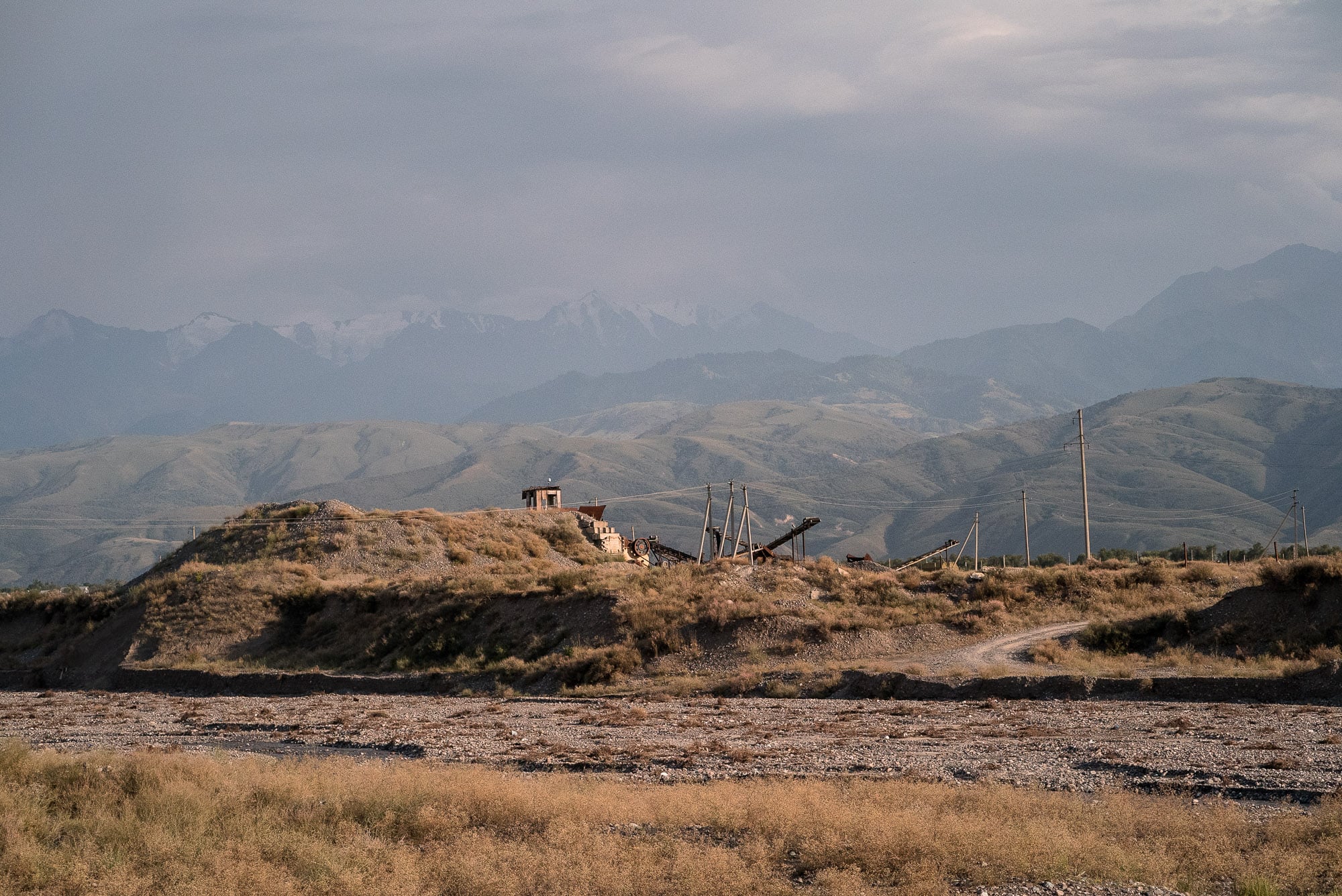 Eventually I was left with two options: either keep walking on the quiet road, camp out for the night and eventually run out of water, or go back to the main road with all its traffic (and with all its shops, food places and hotels).

I decided to go back to the main road: 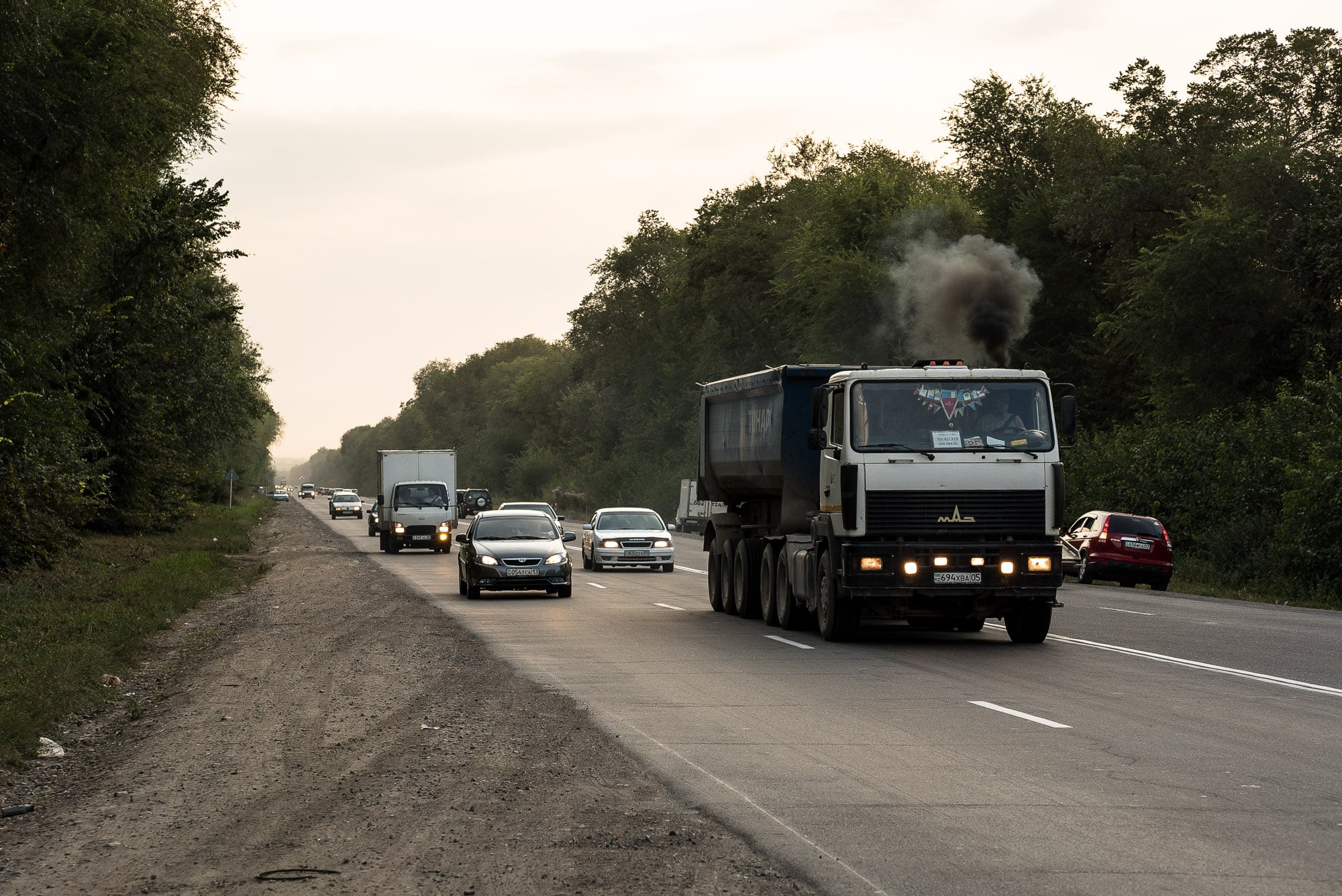 Traffic seemed pretty bad after spending the day on the quiet road:

It wasn’t far to the village with the hotel, so I put in my earphones and listened to some angry music. My steps were long and striding.

I passed a place where a guy in a car was selling honey: 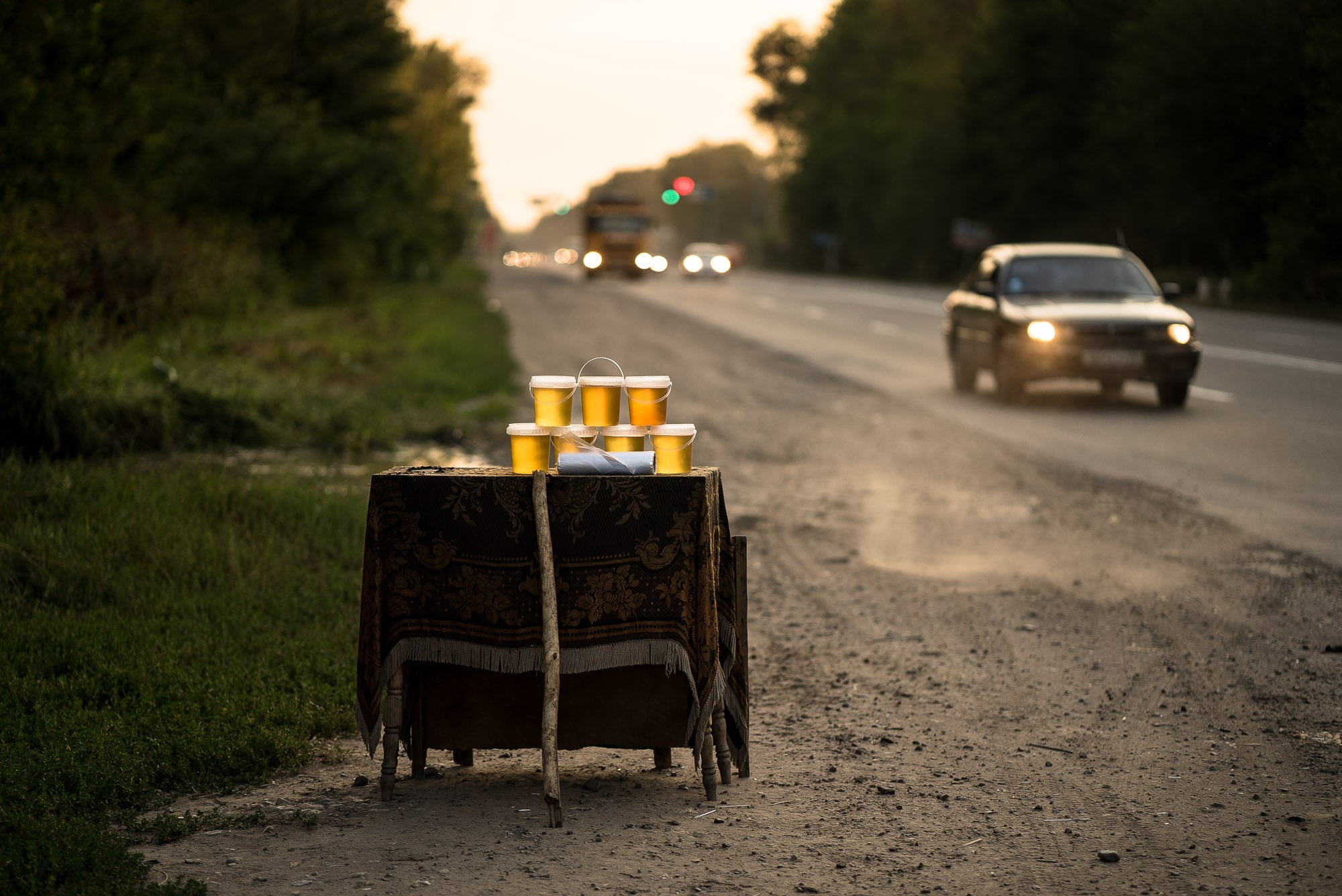 I passed what looked like two very romantic loos: 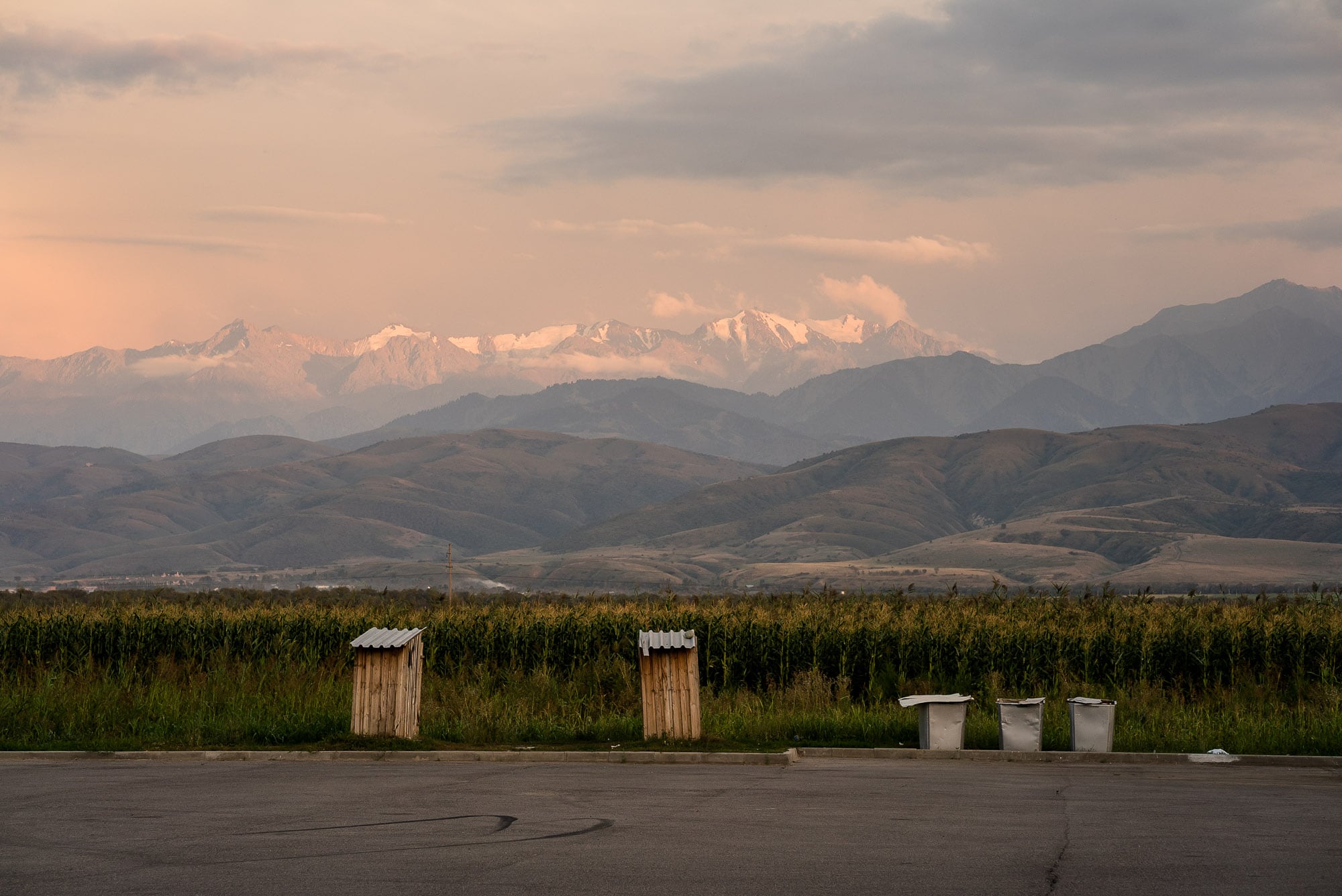 I passed people using the last light of day to finish up their work in the fields: 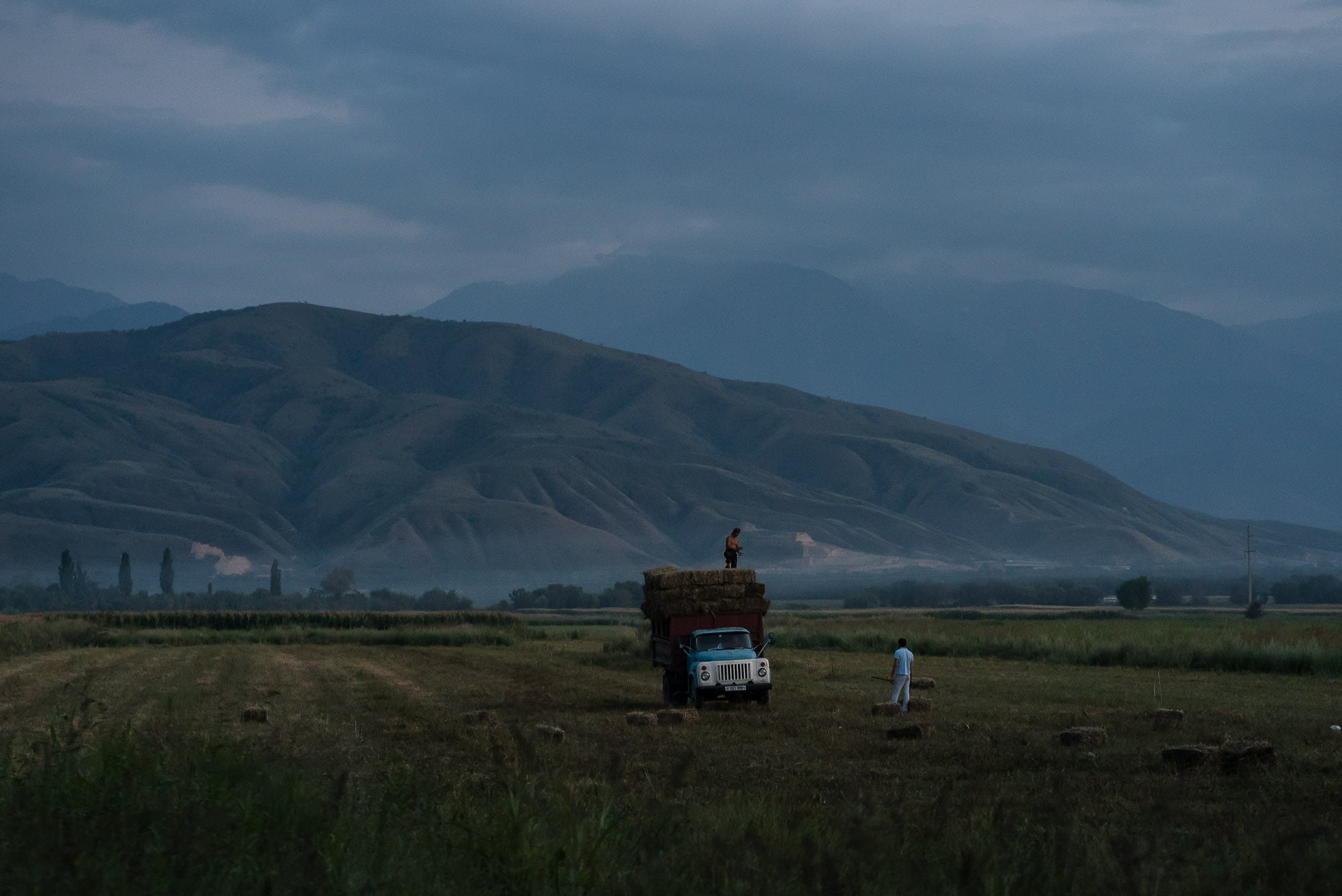 Then night fell, and I was still walking:

When I finally got to the hotel in the little village I had heard about, they told me that they were completely booked. No rooms. No beds. Nothing. They didn’t smile or anything, they just shook their heads. 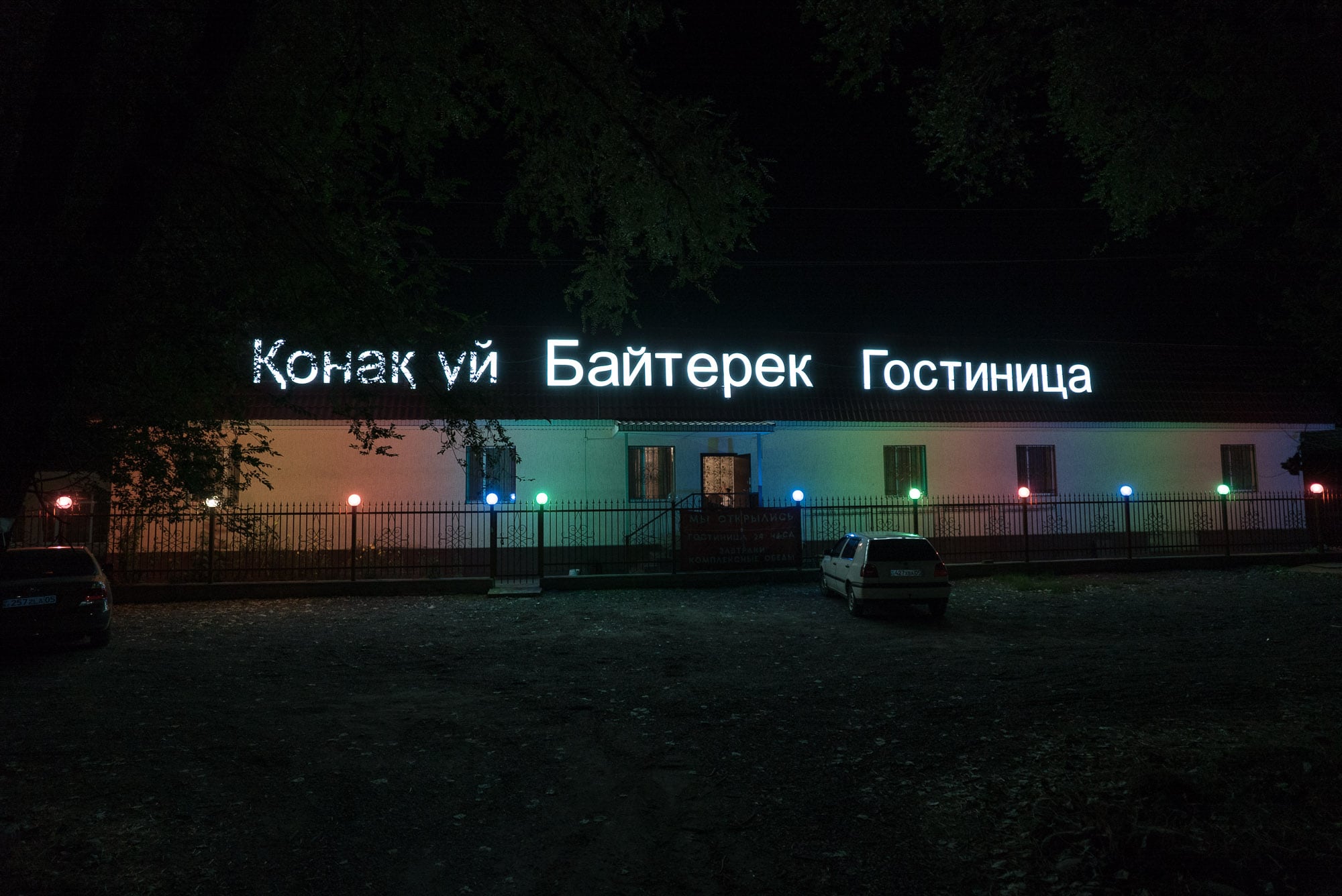 I shook the dust off my feet.

Then I kept walking.

People were out having dinner:

I was hungry too, so I got myself a nan: 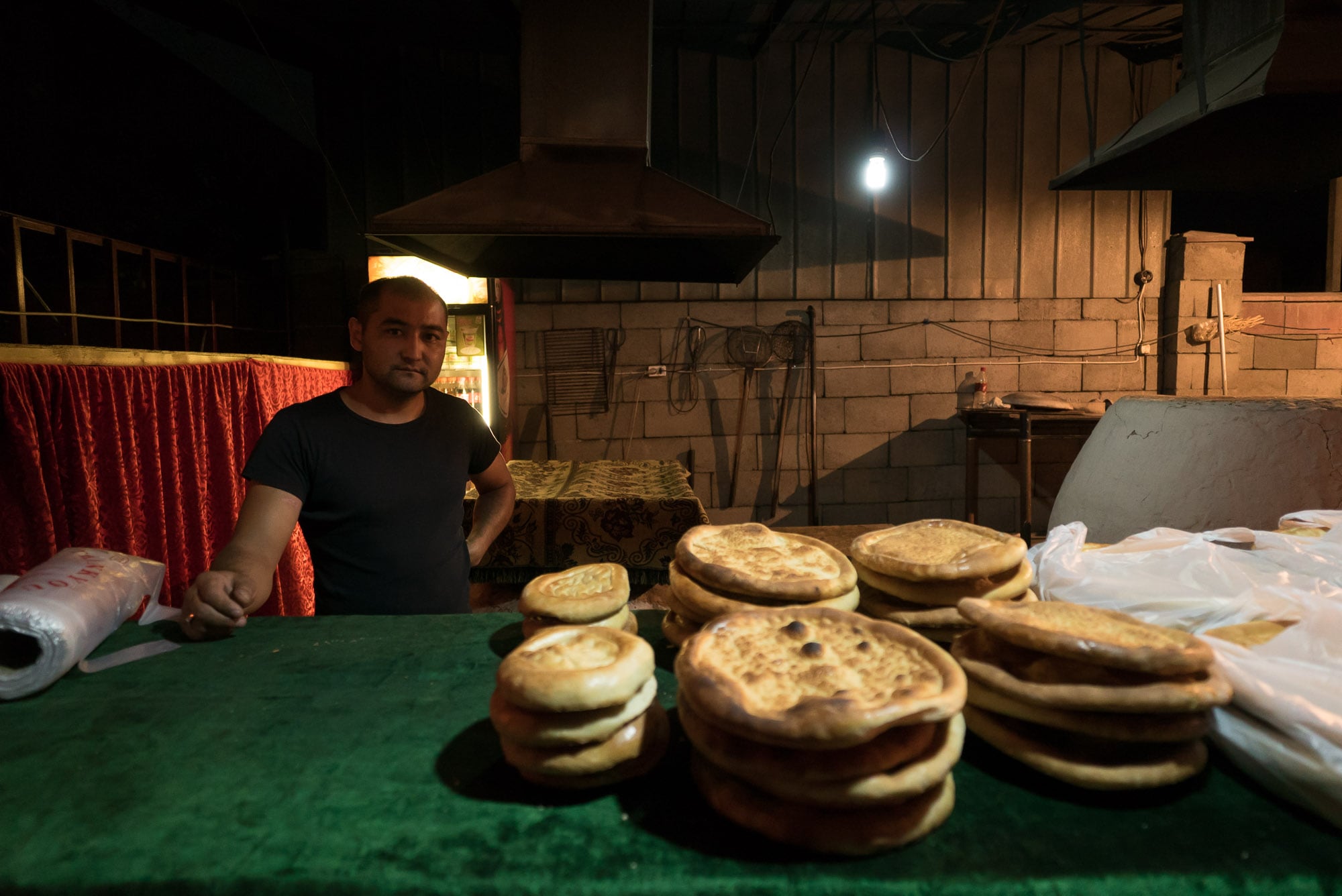 It tasted like it was from the morning: old and dry. I washed it down right there with a bottle of strawberry juice. I didn’t care.

Then I went back into the darkness.

One time I passed three drunk young men who asked me if I was “from here”. No, I said, look at me, I am not from here. They looked at me with glassy eyes. Then they stumbled on.

Another time I passed a drunk sleeping next to the road. He kept mumbling in his sleep. I kept going.

After a while I reached a second hotel: 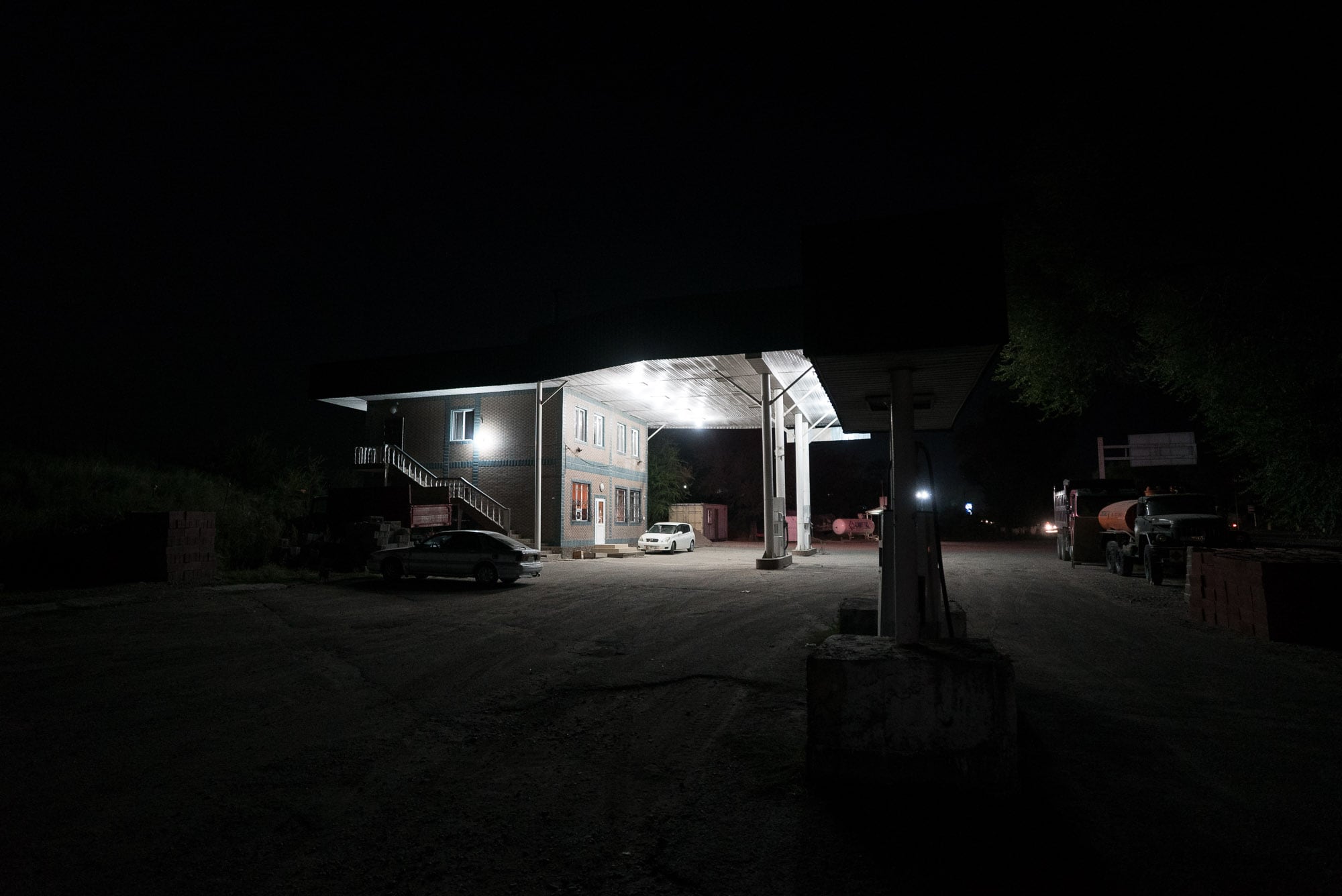 They, too, told me that they were fully booked. I looked at my watch: 50km. I didn’t know what to think.

In the next village, I decided to try my look in a small roadside shop. Is there a hotel anywhere here? I asked the owner. 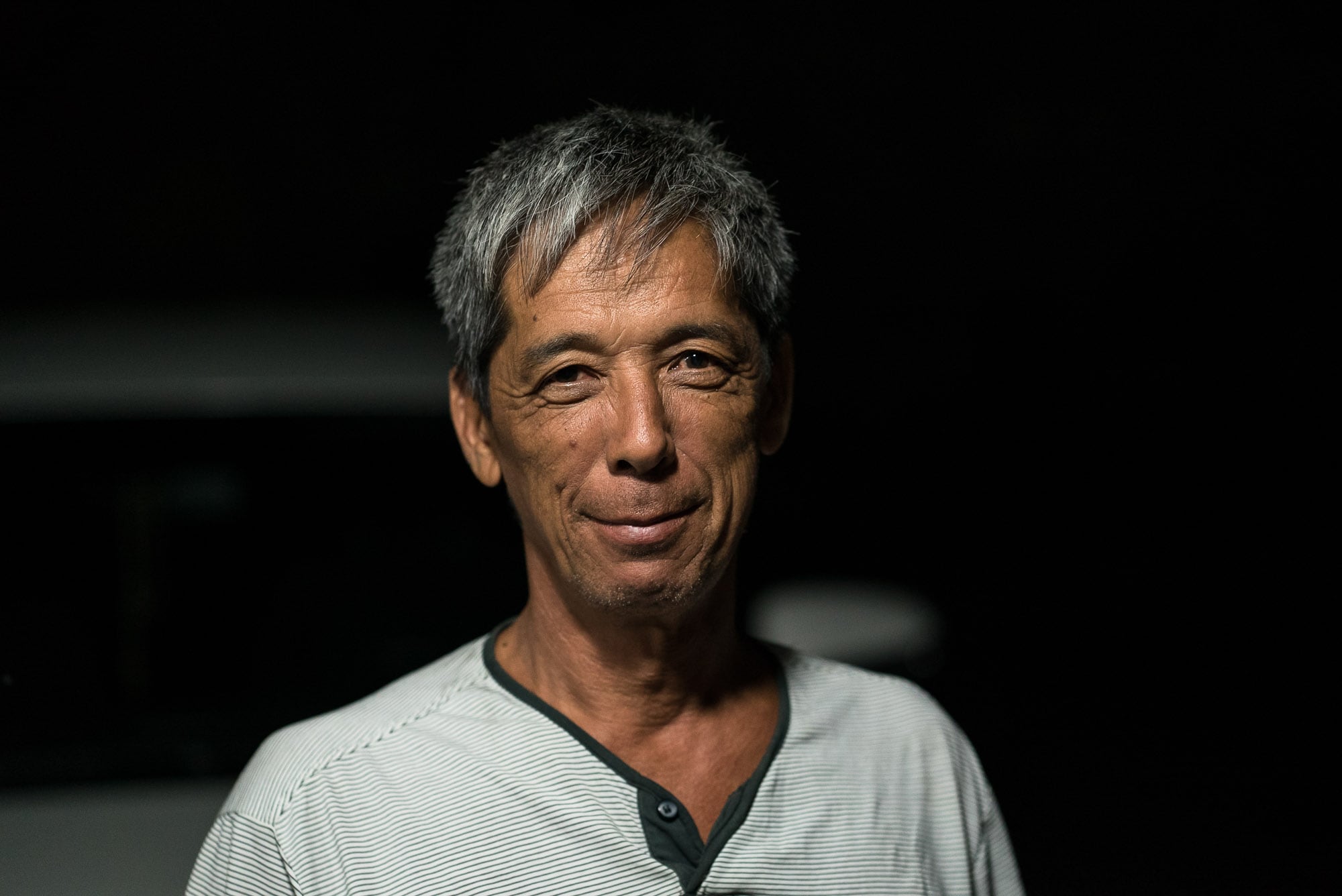 He took me to this place: 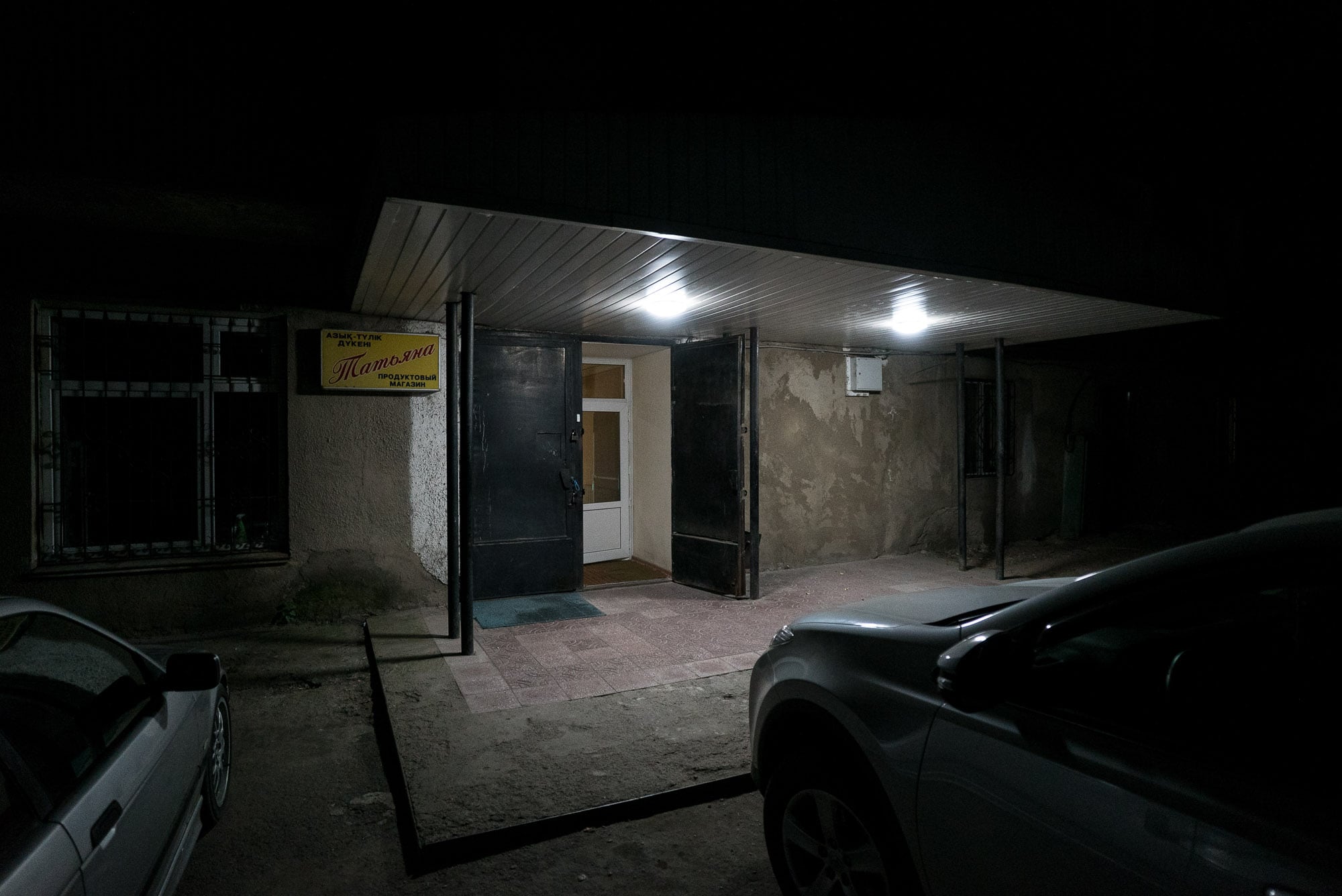 I would have never recognized it as a hotel, but it was one.

The owner, a lady called Sveta, was a bit serious at first, but after a while she apparently made up her mind that I was a likeable idiot, and she was very nice.

We stored the box in the corridor: 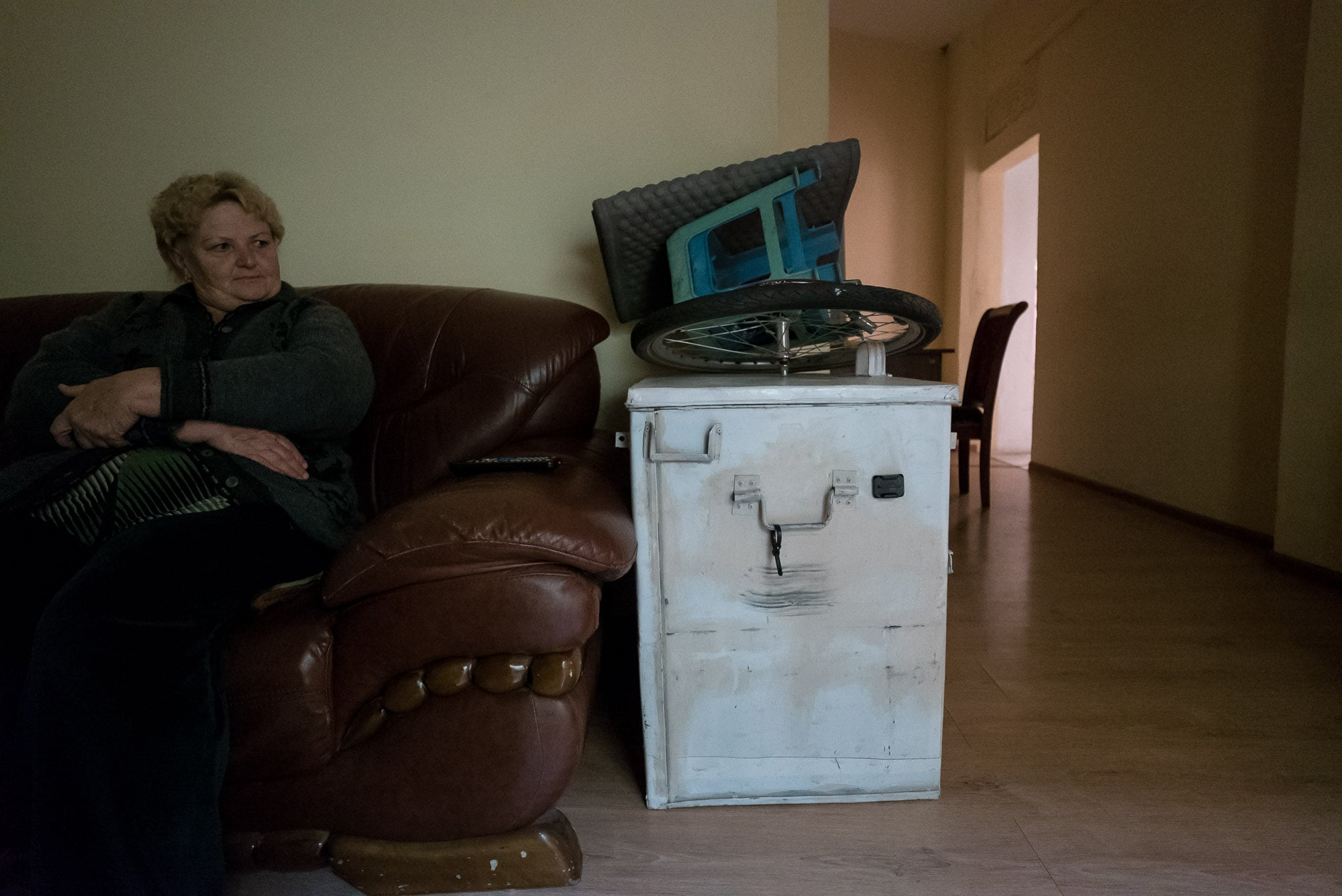 …and the Caboose in a back room: 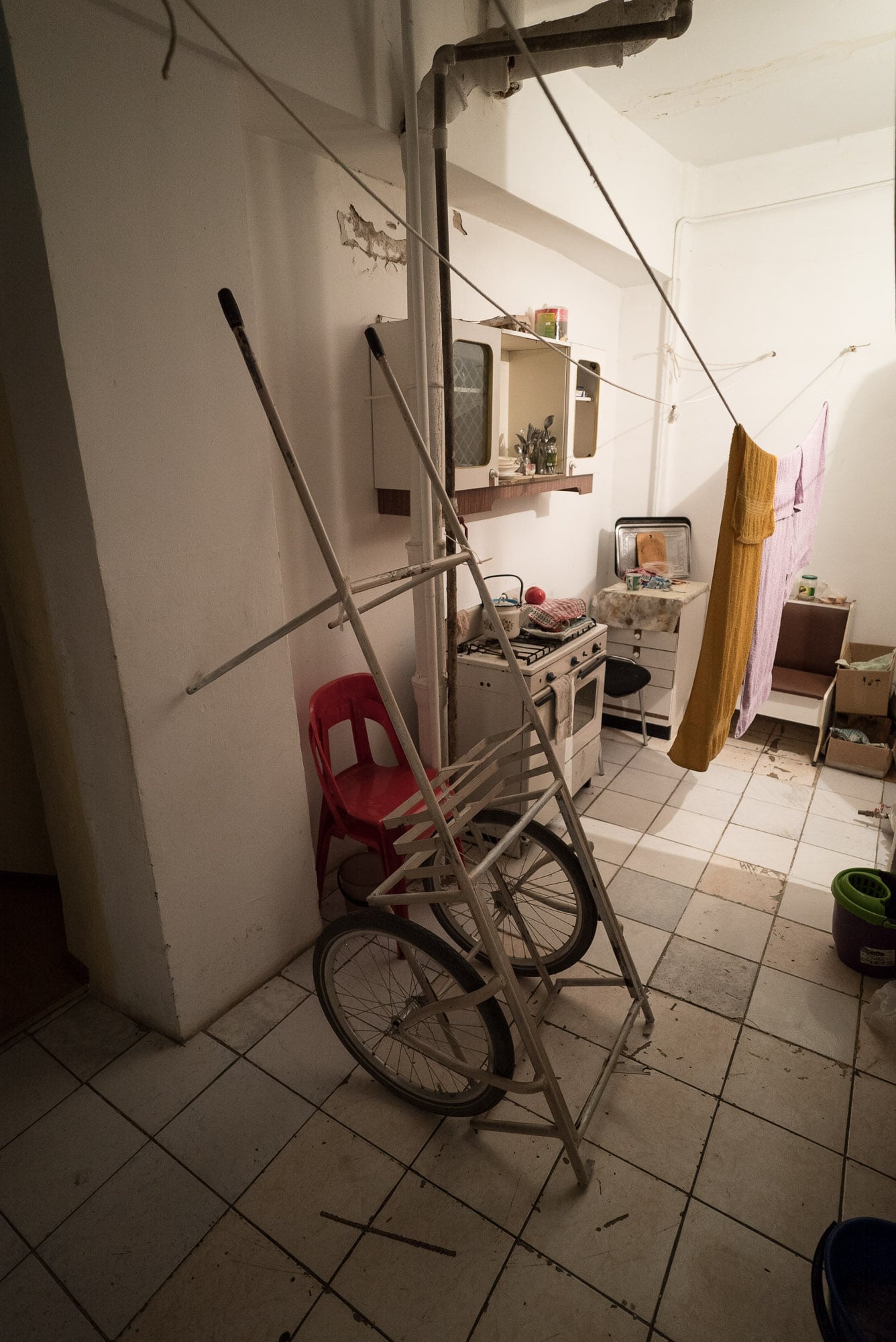 I got a room, let my stuff drop onto the floor and stepped into the shower.

But cold was good.

Activity: walking
Soundtrack: Sick Of It All - "Never Back Down"