When I woke up I noticed that the rooms had an interesting pricing structure: 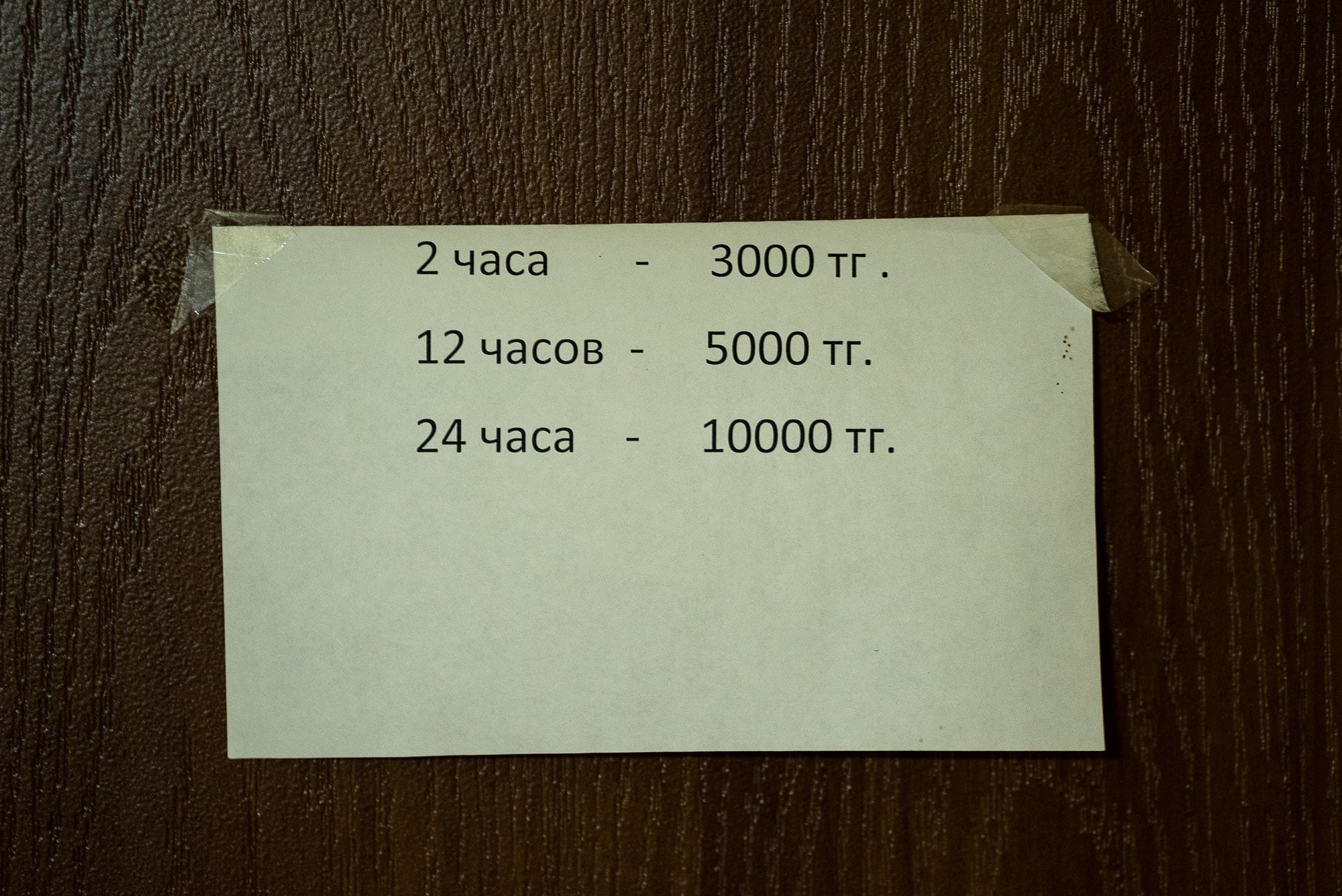 I figured that people who rented a room for just two hours probably needed it in order to play a nice game of monopoly (albeit a quick one).

I didn’t have anyone to play with, so I massaged my legs and feet for a while, and then I got on the road.

The first thing I saw was an airplane: 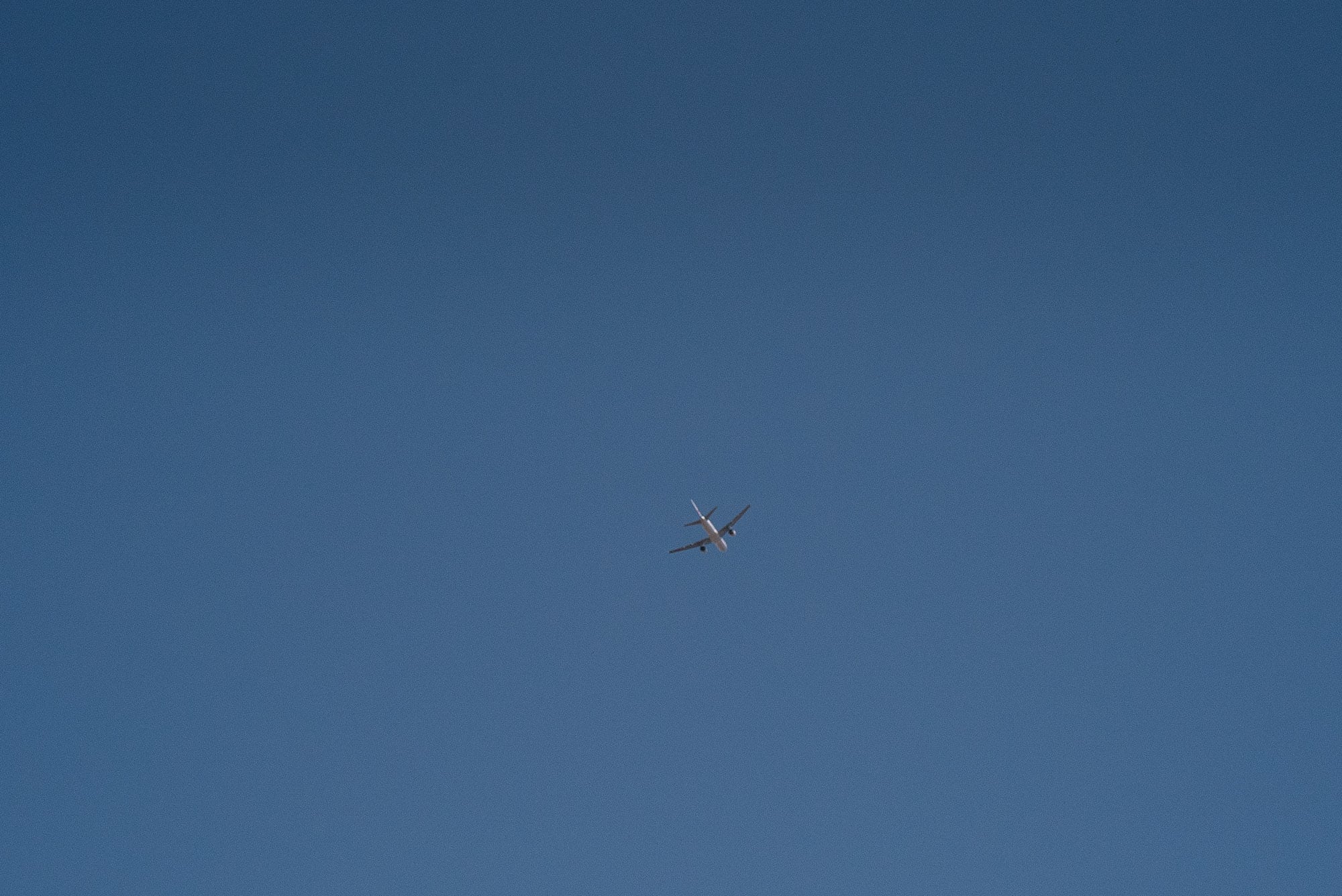 I was close to the city, and closer yet to its airport.

Sometimes the pipes next to the road reminded me of neo-plasticist artworks: 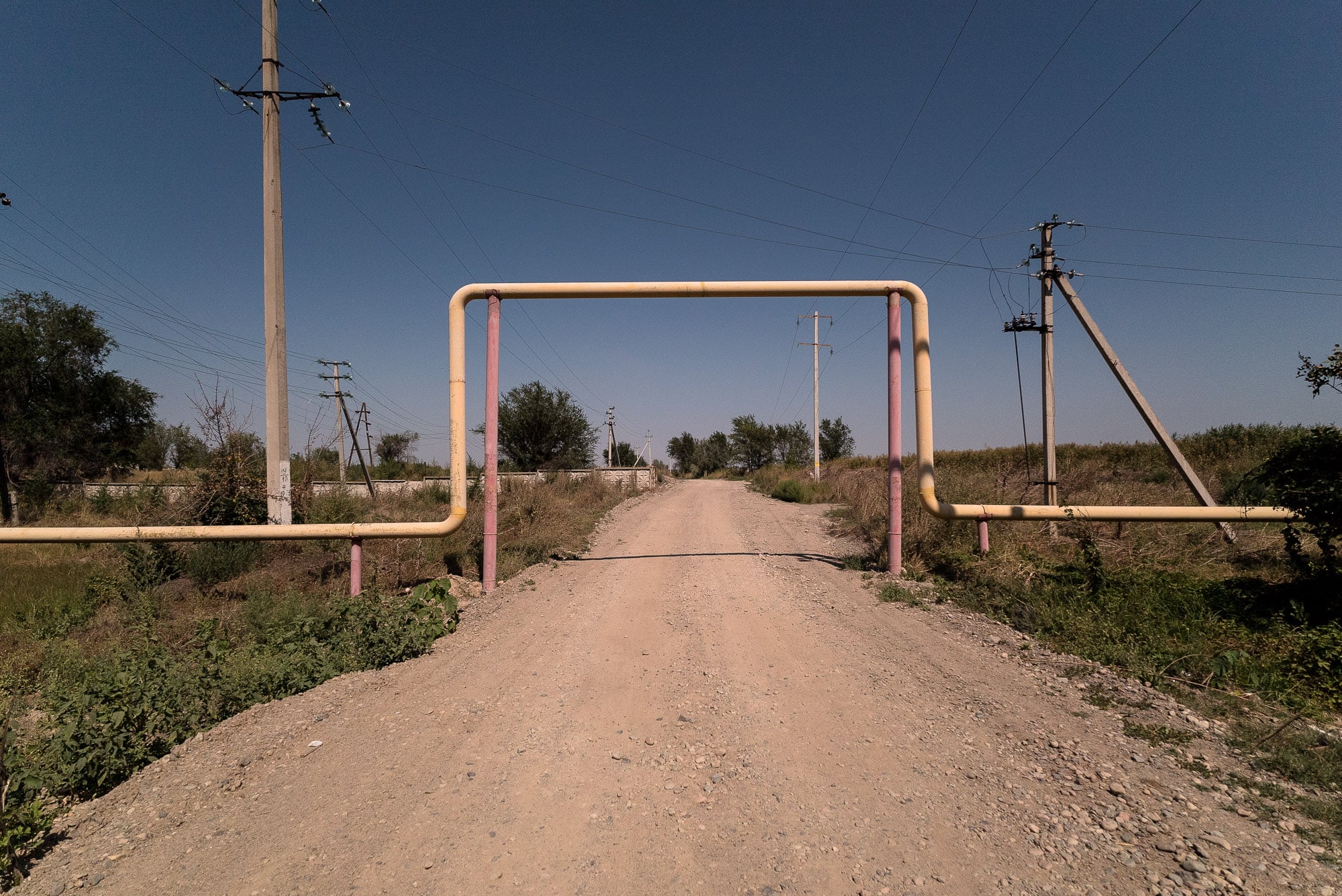 I saw a mall once: 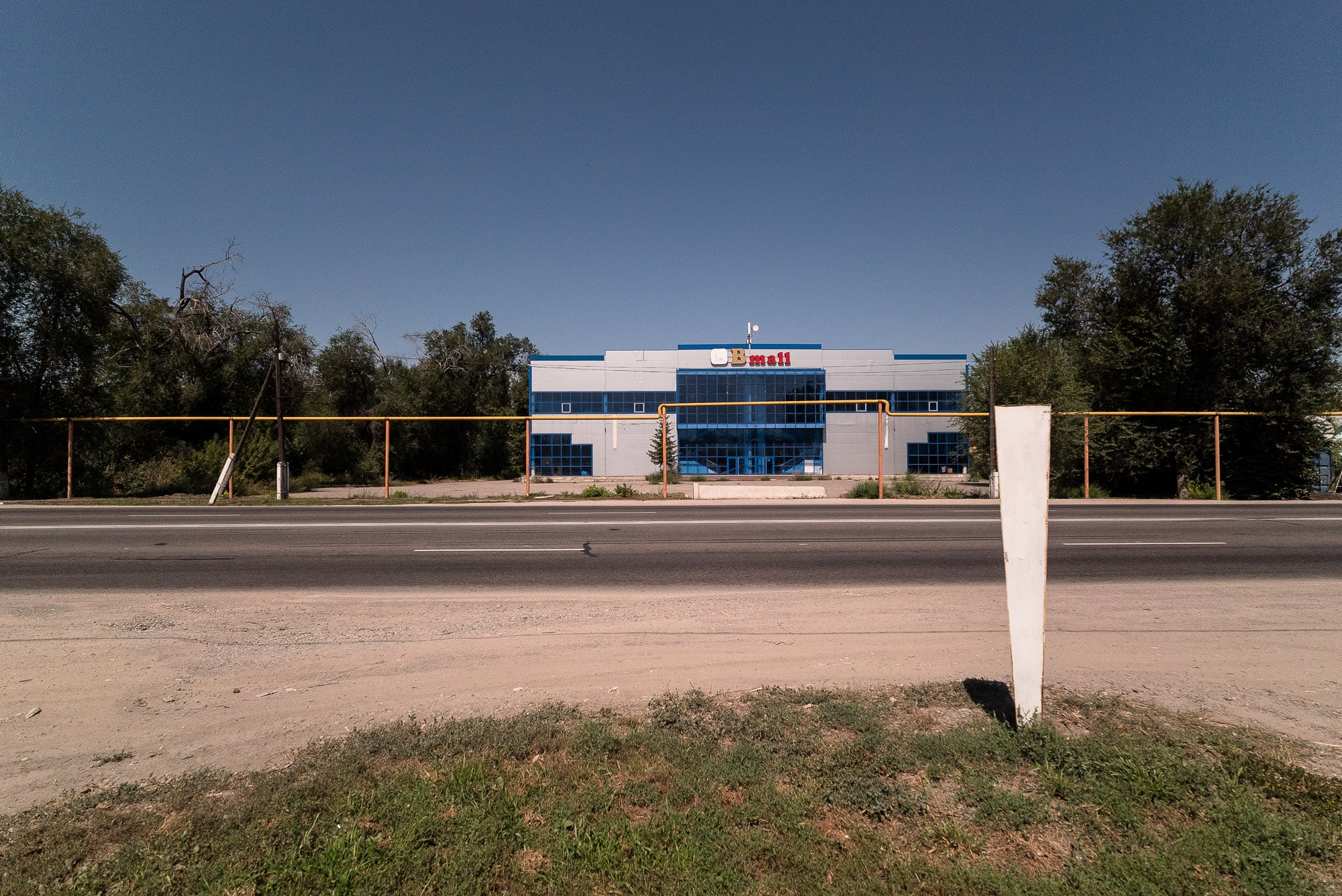 Had lunch in this place: 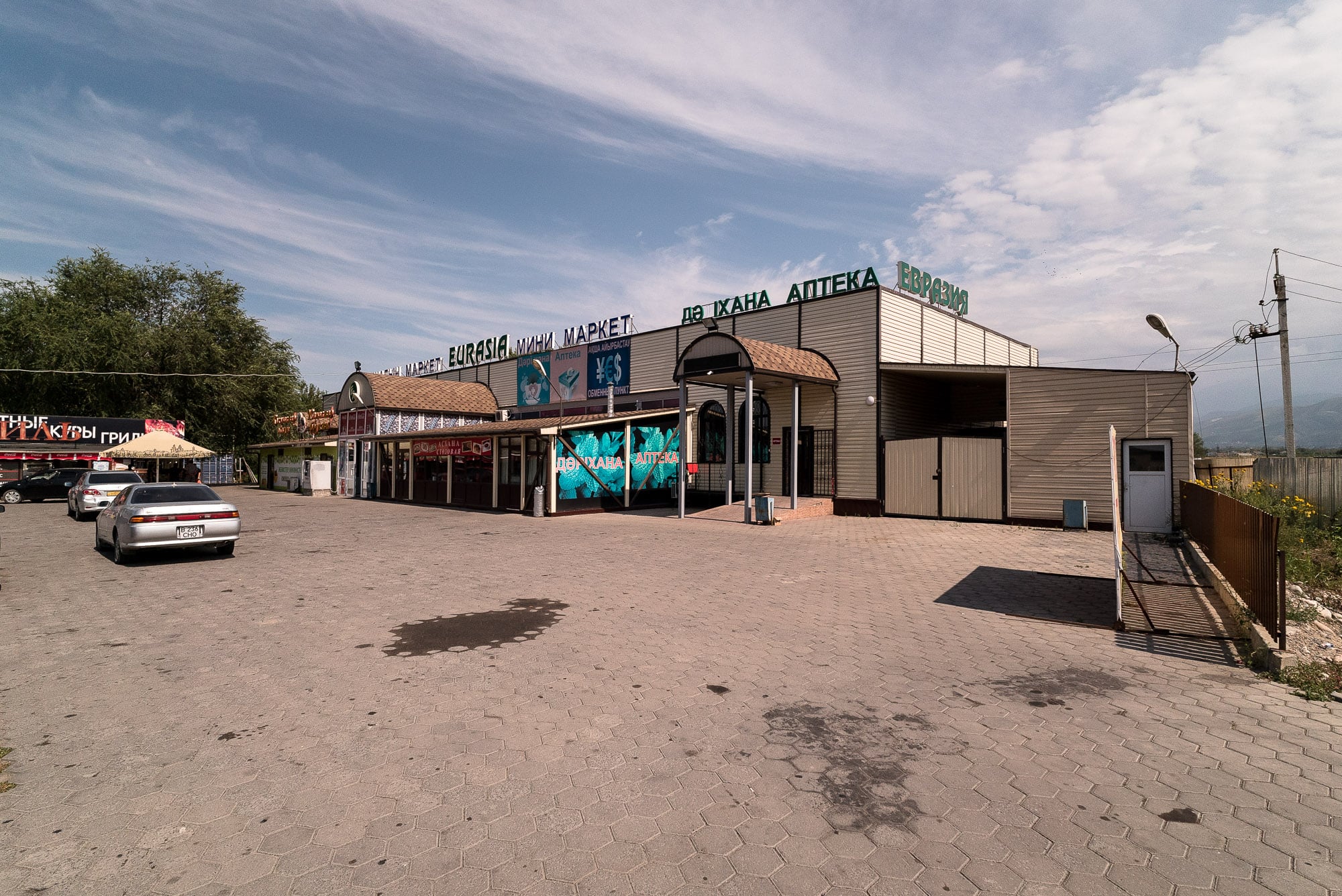 And then there was the time when I saw a little dog that came running next to me and my Caboose:

At first I thought he was a happy dog. But he wasn’t.

In fact he was absolutely miserable: 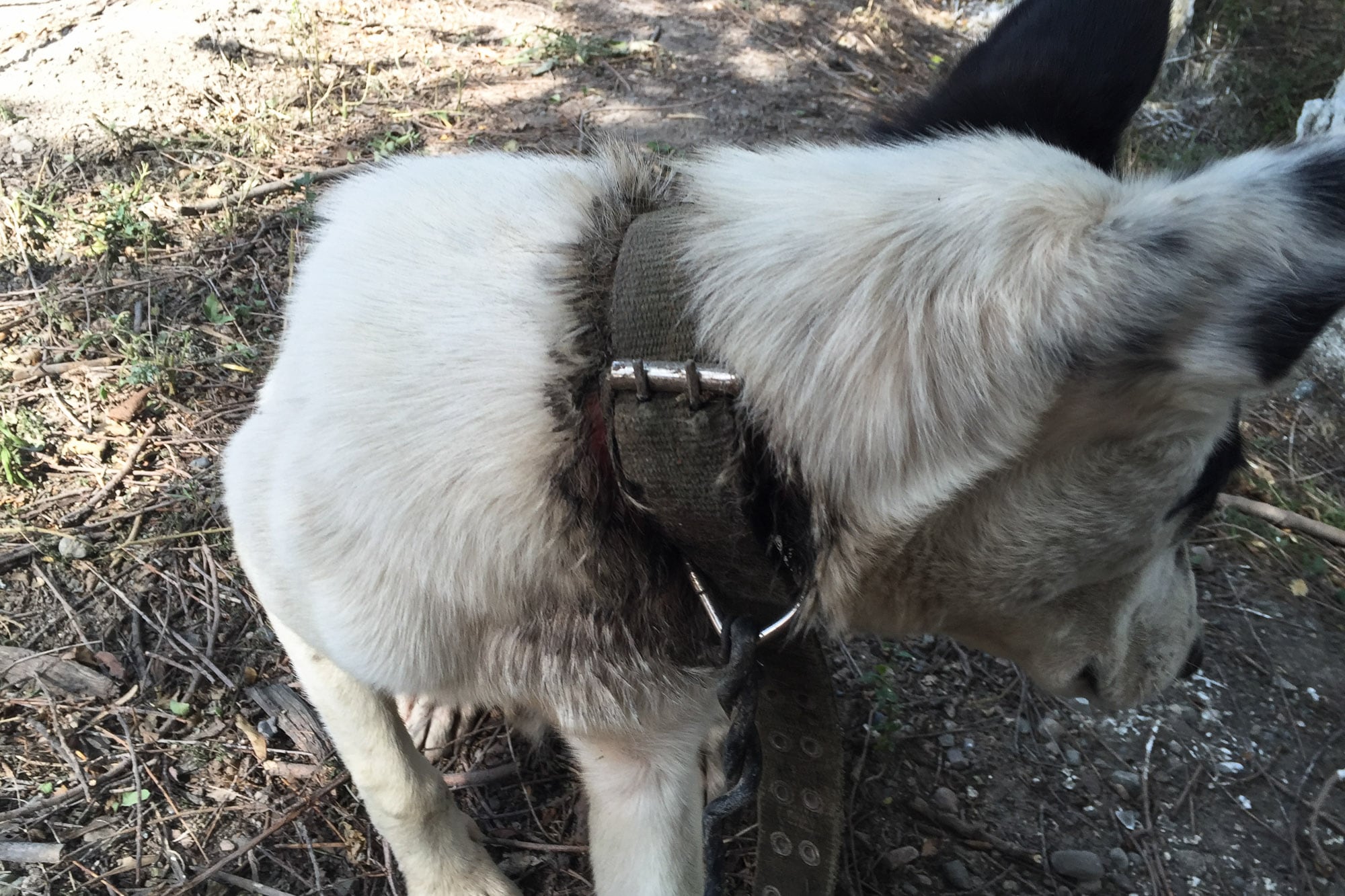 Here’s what I think had happened to him: when he was still very little someone put a collar on his neck. Then, for whatever reason, he ran away. But of course he didn’t stop growing. So at some point he was actually too big for his collar, and it started cutting into his flesh, making breathing and swallowing difficult for him.

When I found him, his neck was an open wound. I gave him some canned meat and tried to get rid of the collar for him. But I failed:

There is a fine line between helping and getting bitten. 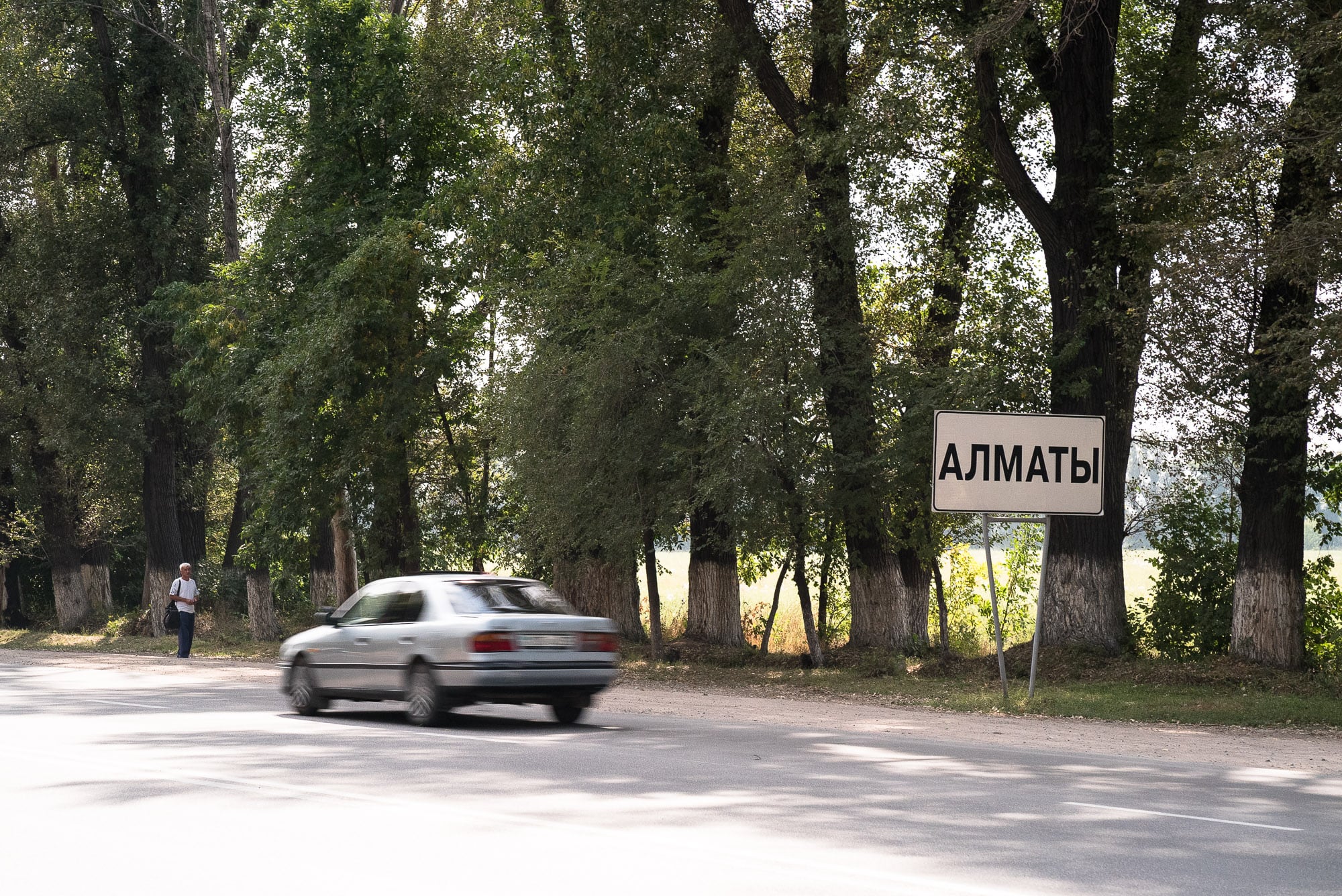 …which was coincidentally also when I passed a luxury car store: 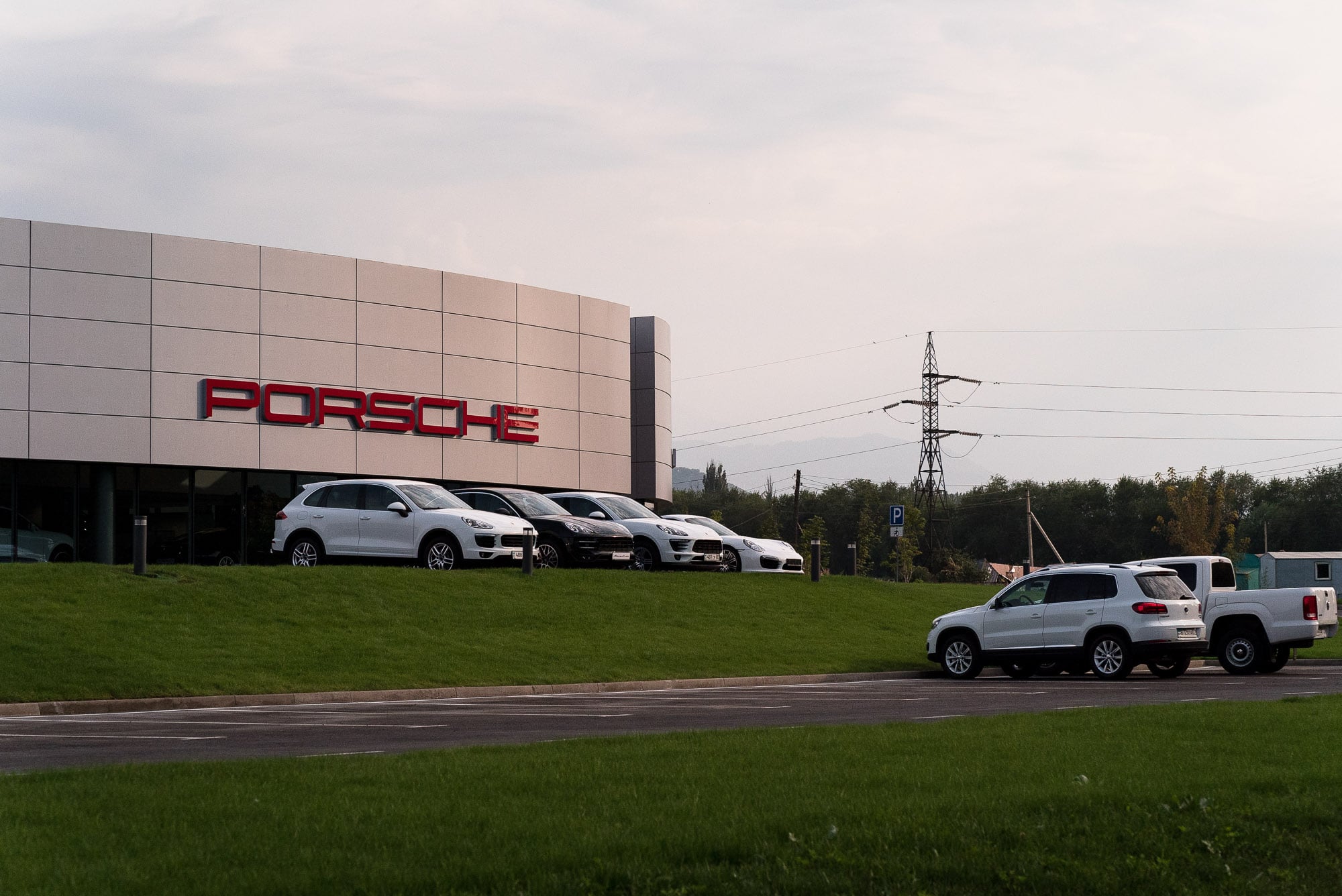 …and a new stadium in the making: 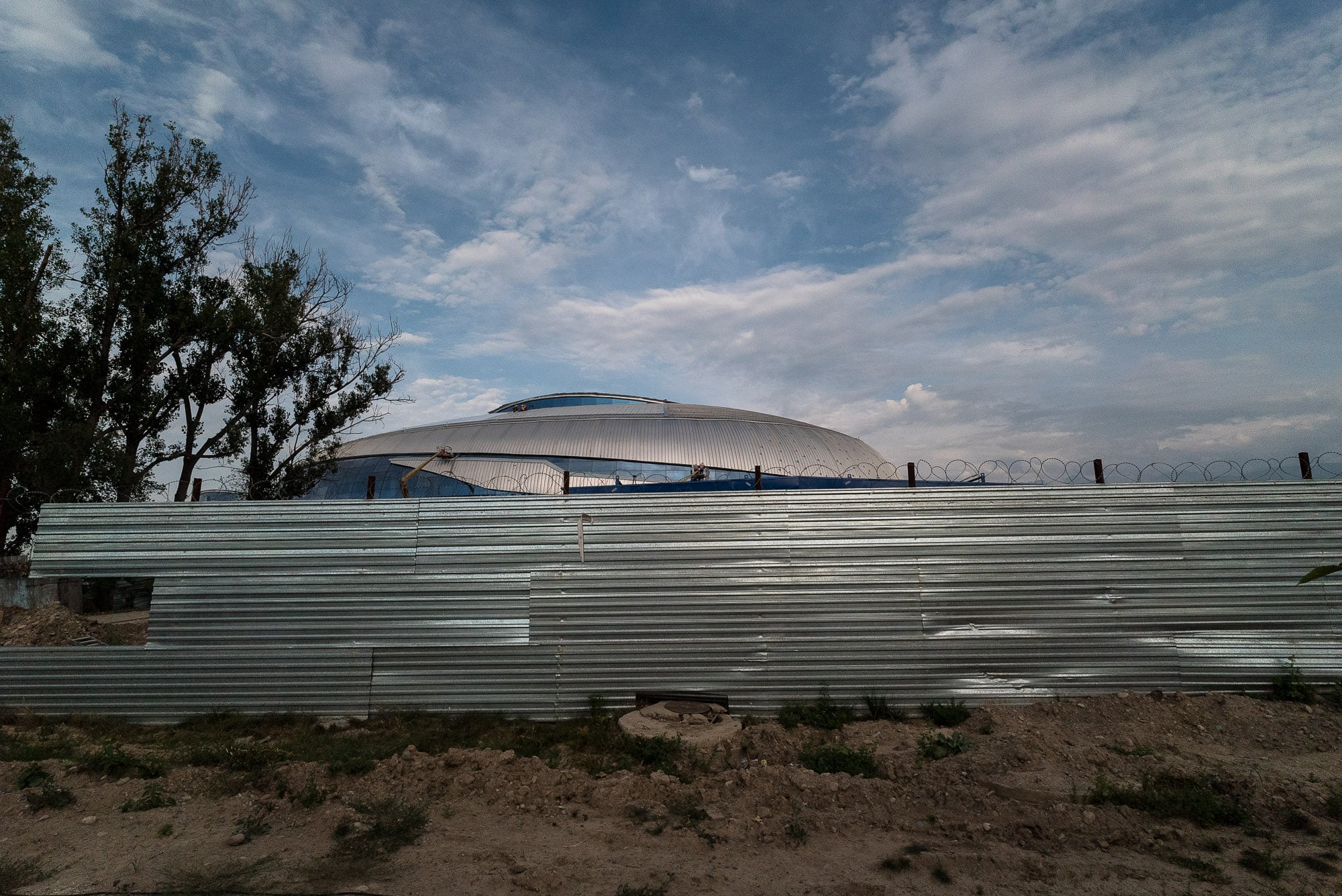 It turned out pretty difficult to navigate the outskirts of Almaty with the Caboose, because sometimes there would be no sidewalk, while at other times I had to go through underpasses like this one: 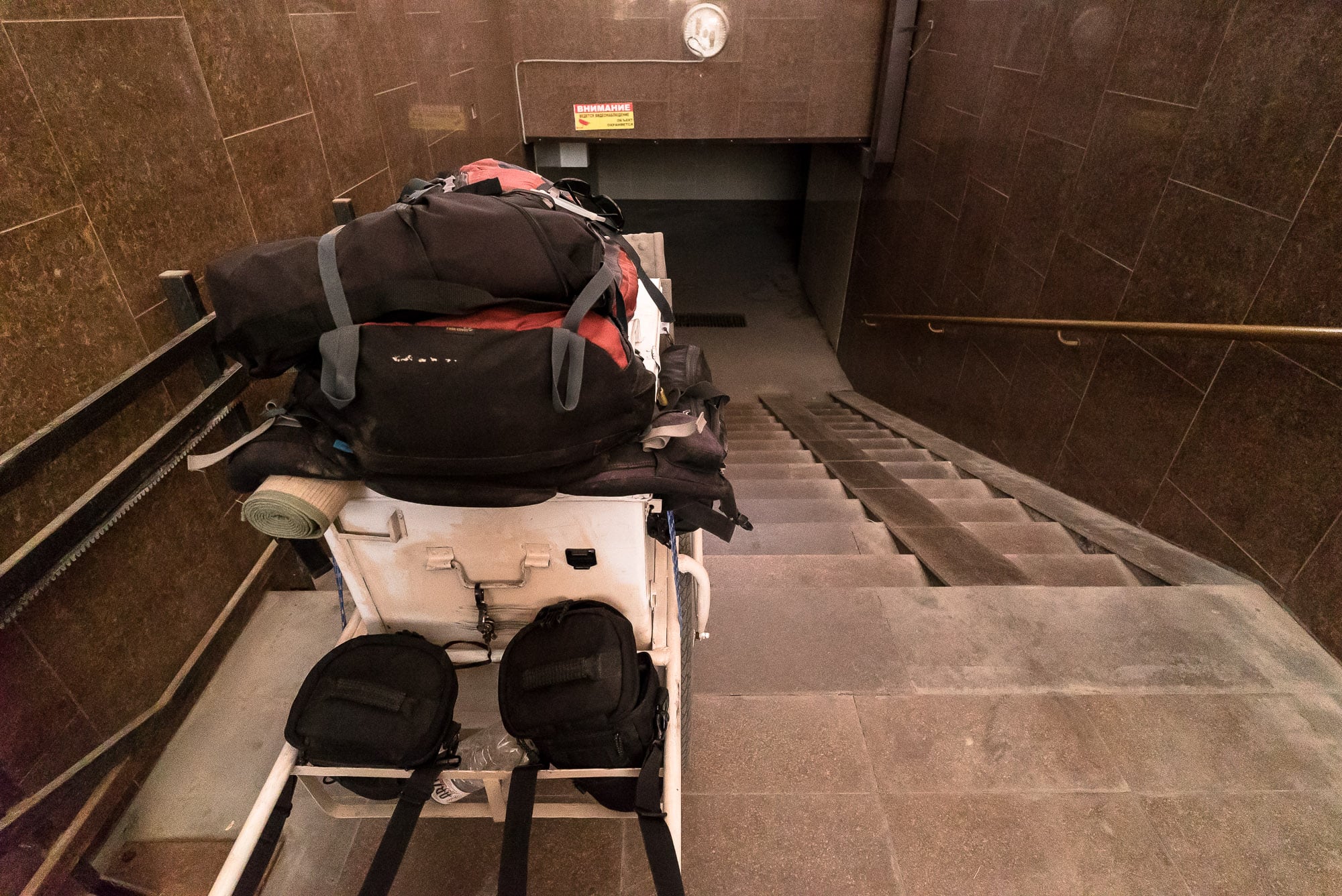 Three things about this video:

Sometimes the outskirts felt like I was still in the countryside: 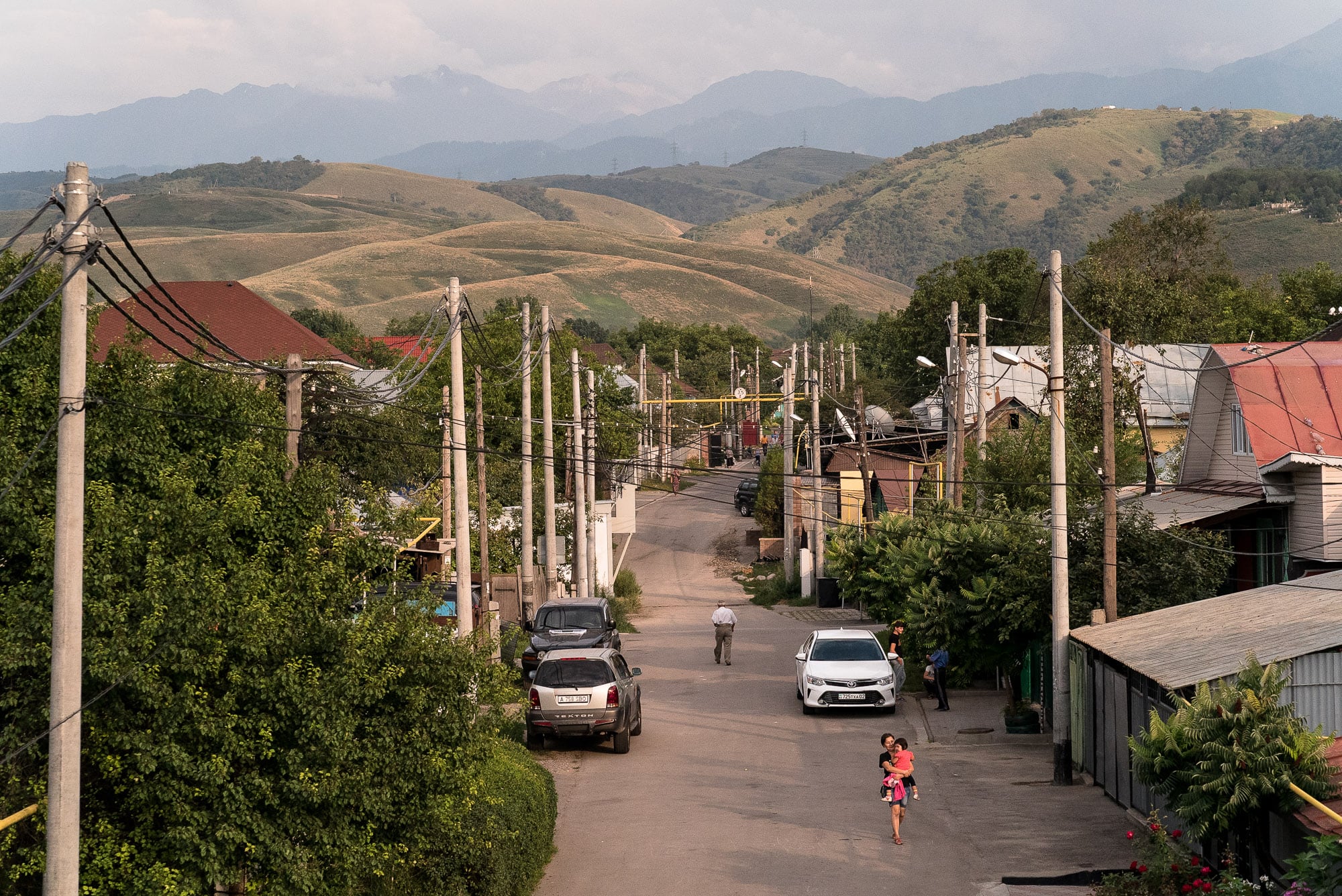 While at other times I passed through parks that looked like Germany in fall: 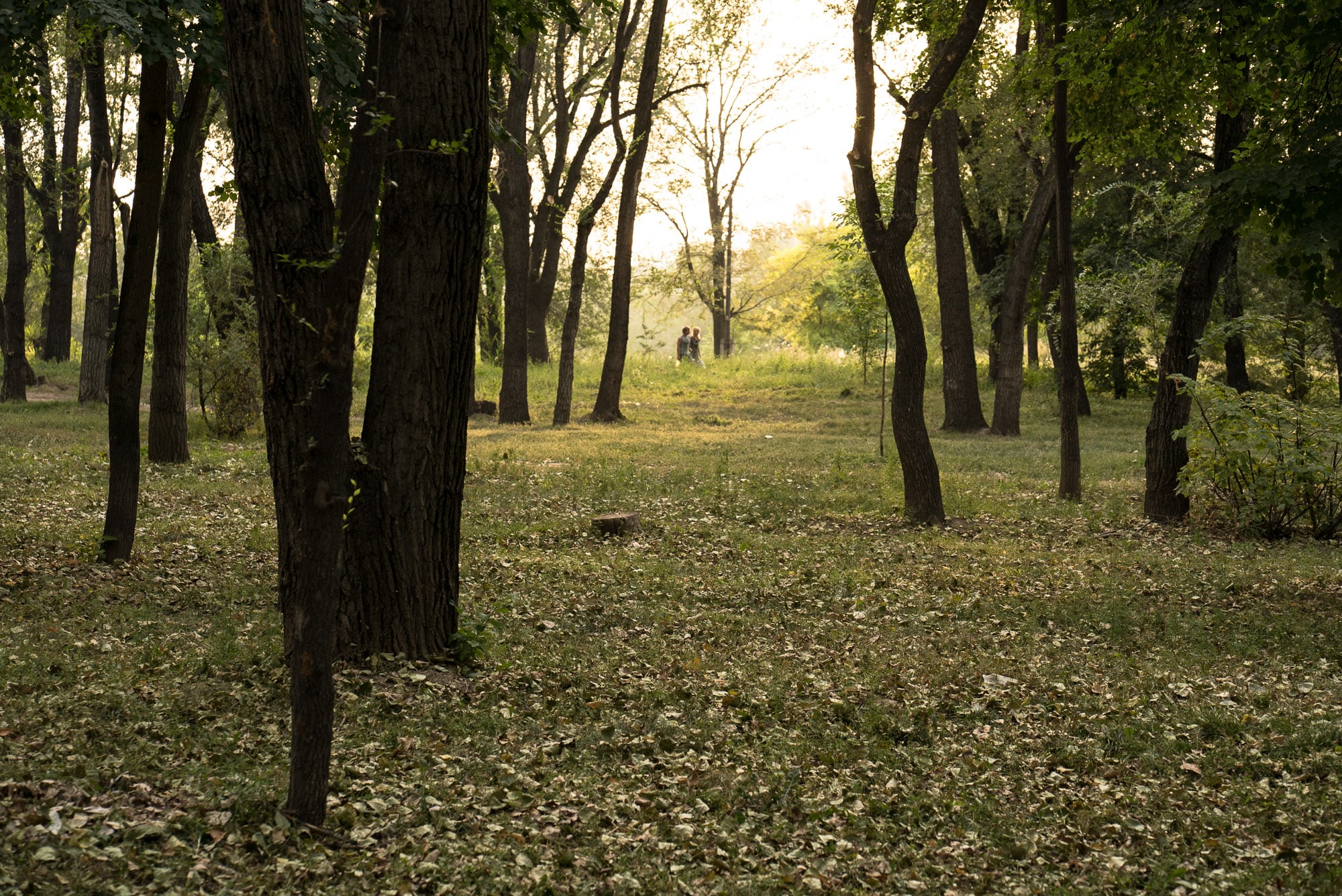 A dog that wasn’t quite as unlucky as the one before greeted me from a back alley:

Oh, and remember what I told you about the abundance of shipping containers in this part of the world?

Here’s one that even has air-conditioning: 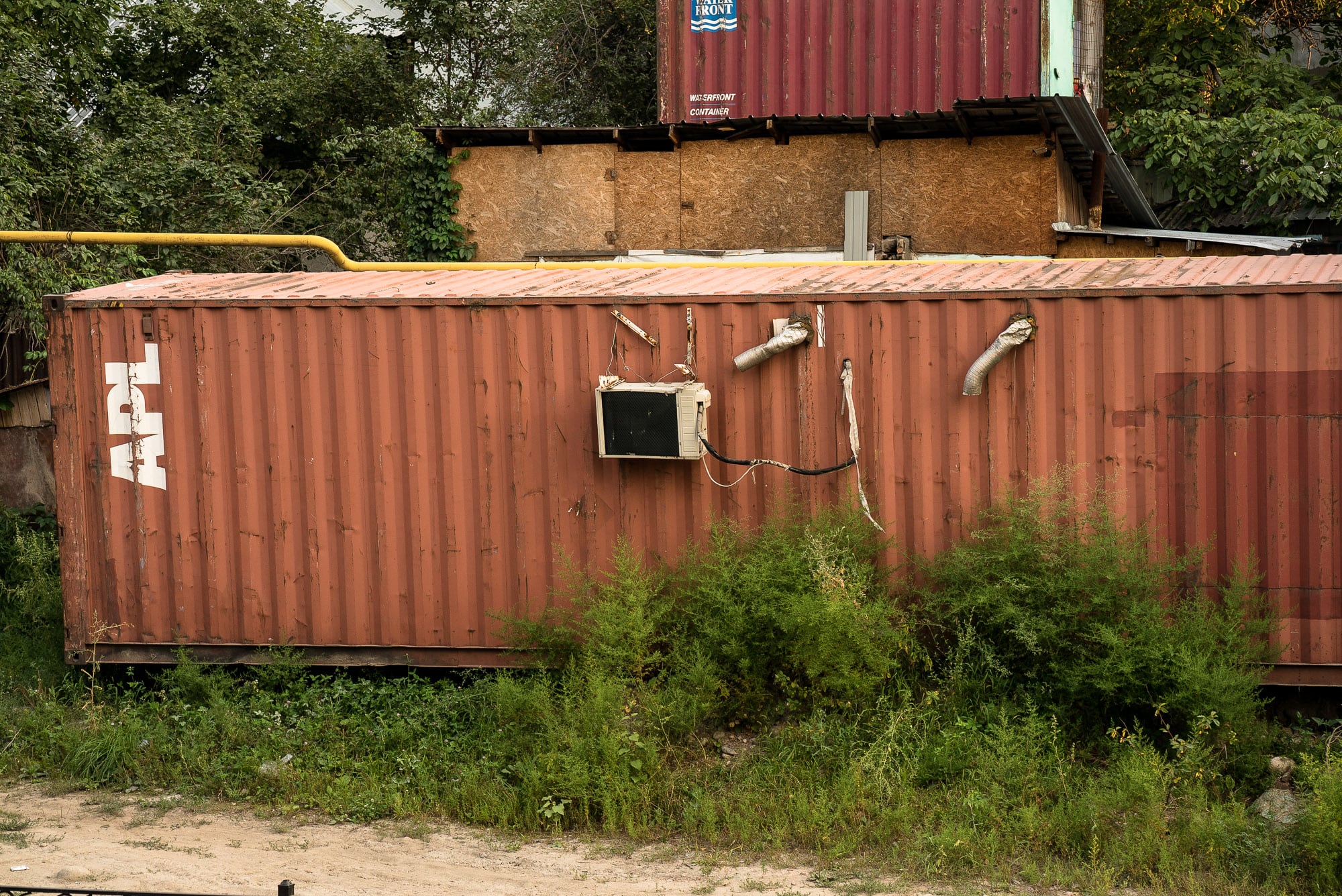 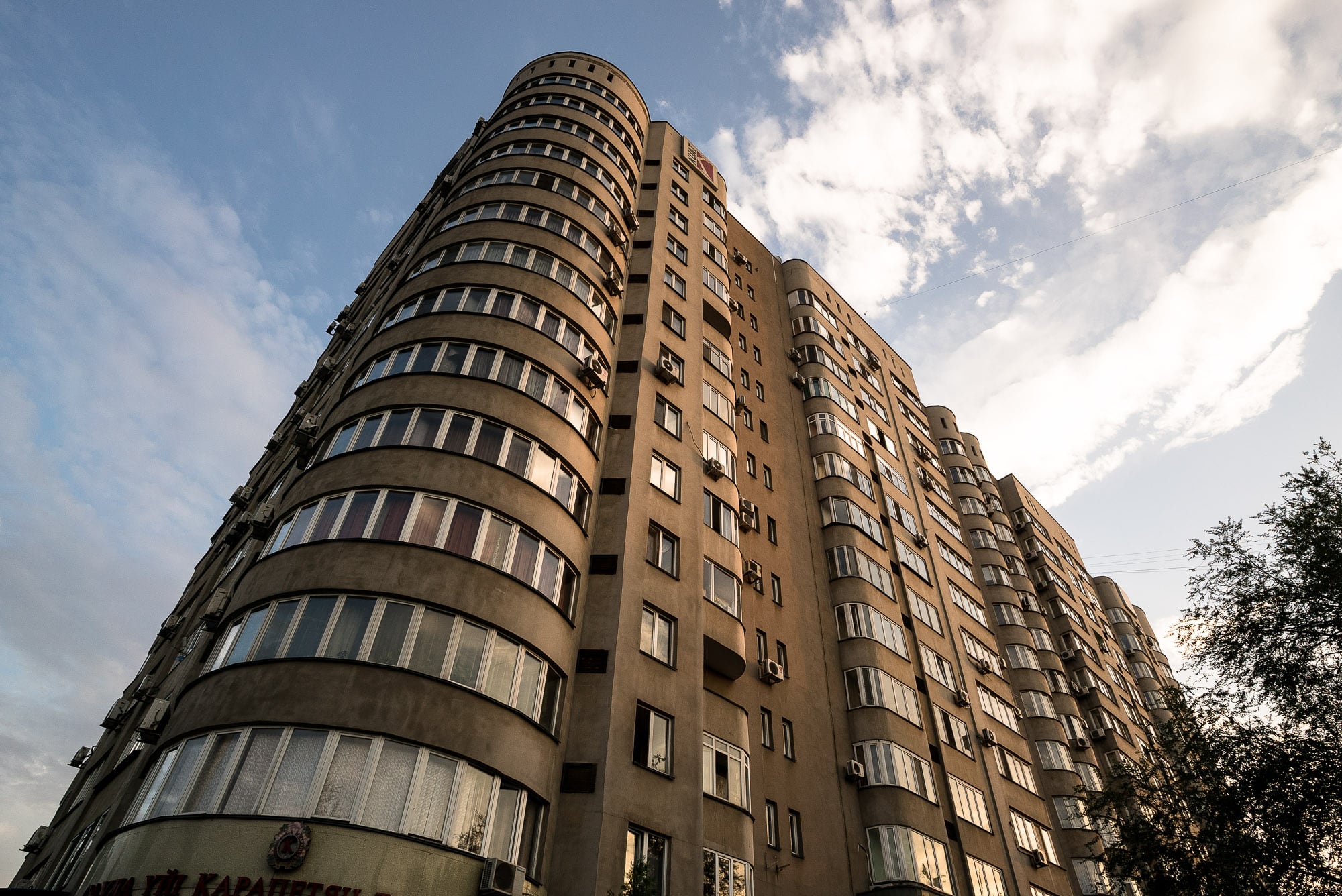 Tall buildings with chic restaurants in them: 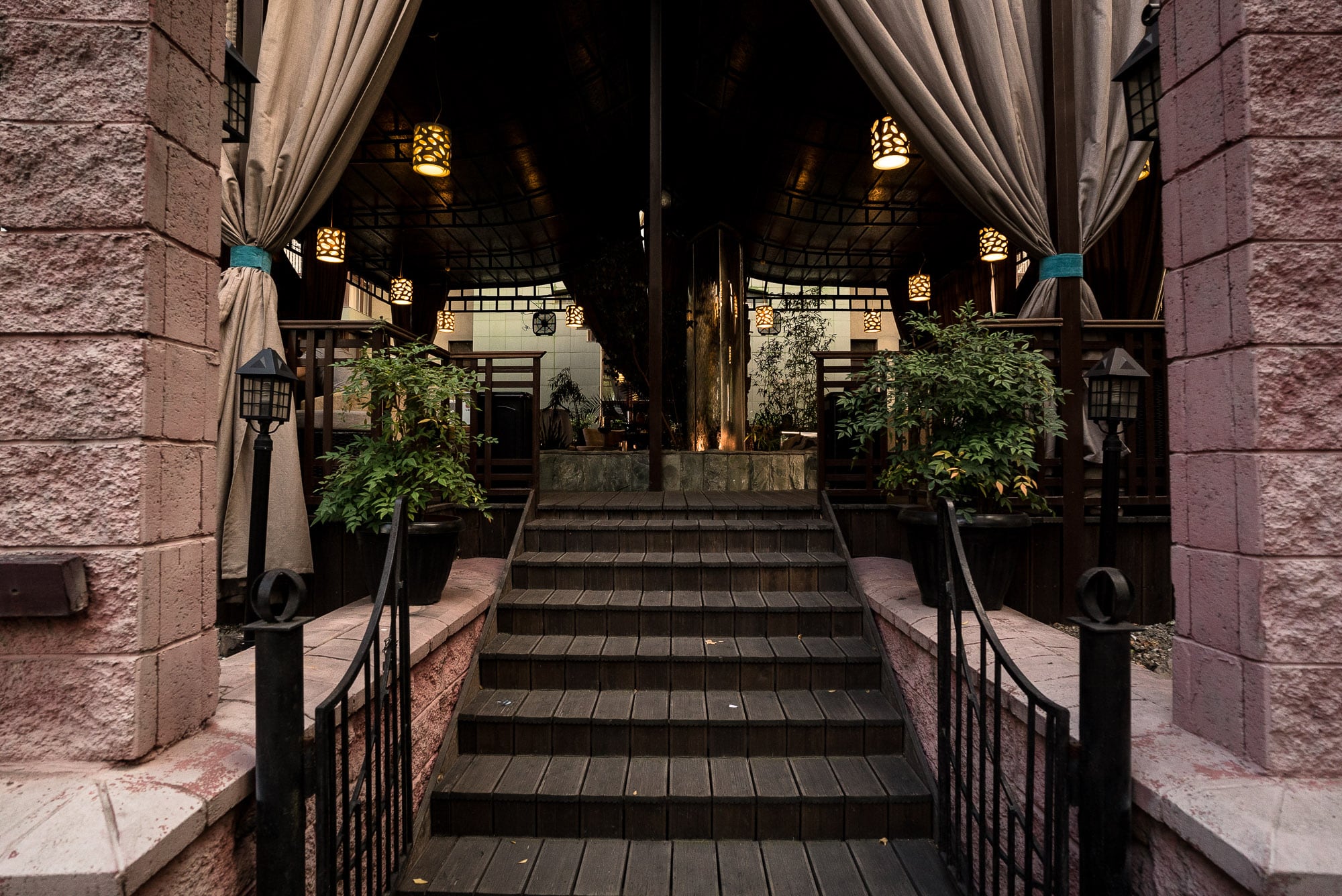 One time I ran into Murat and his friends: 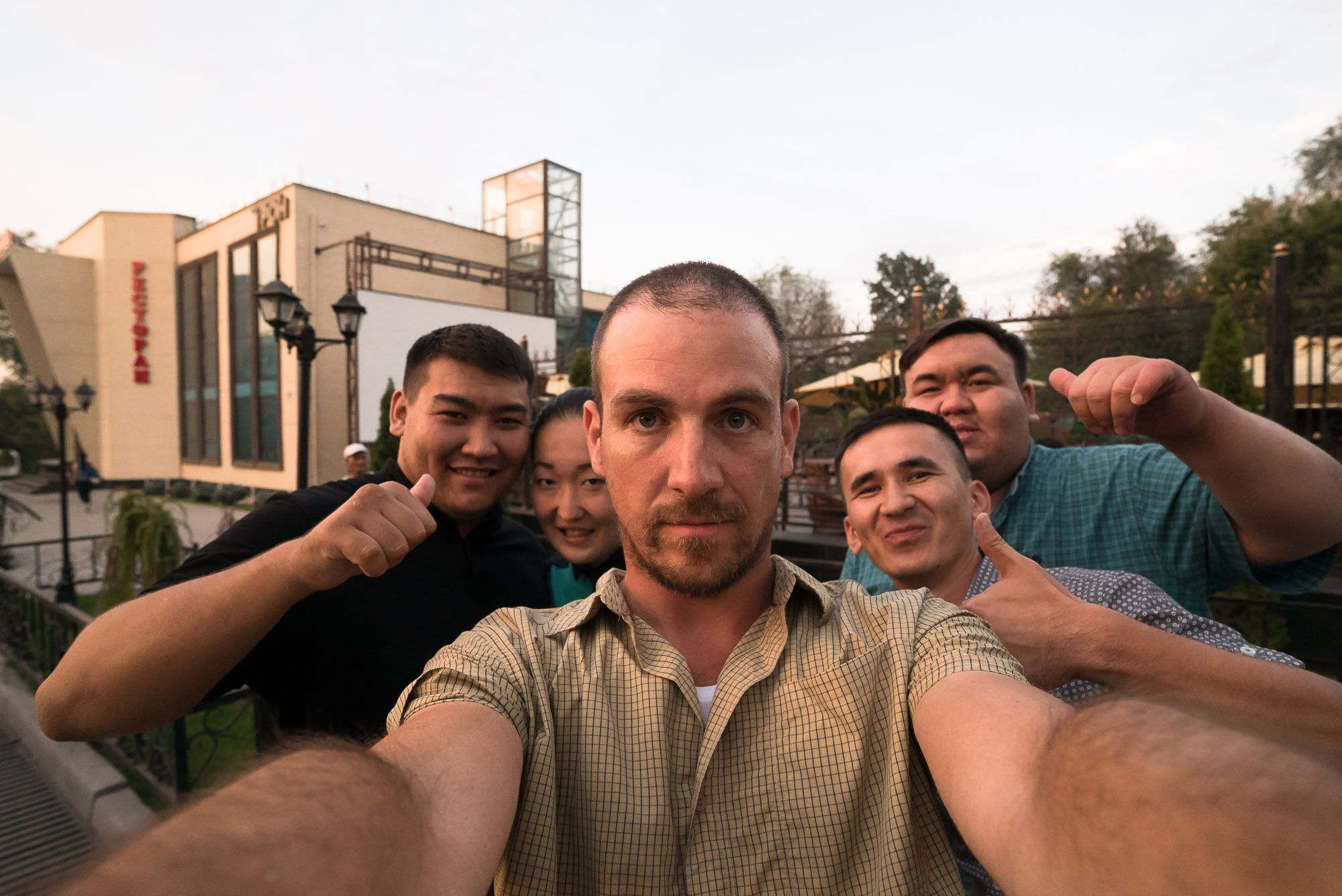 Murat (on the right) had spent some time in Turkey. He had gigantic hands with which he crushed mine. He didn’t mean it in a bad way. He was just that big.

“Welcome to Almaty.” he said.

And yes, I felt welcome.

I walked until darkness fell: 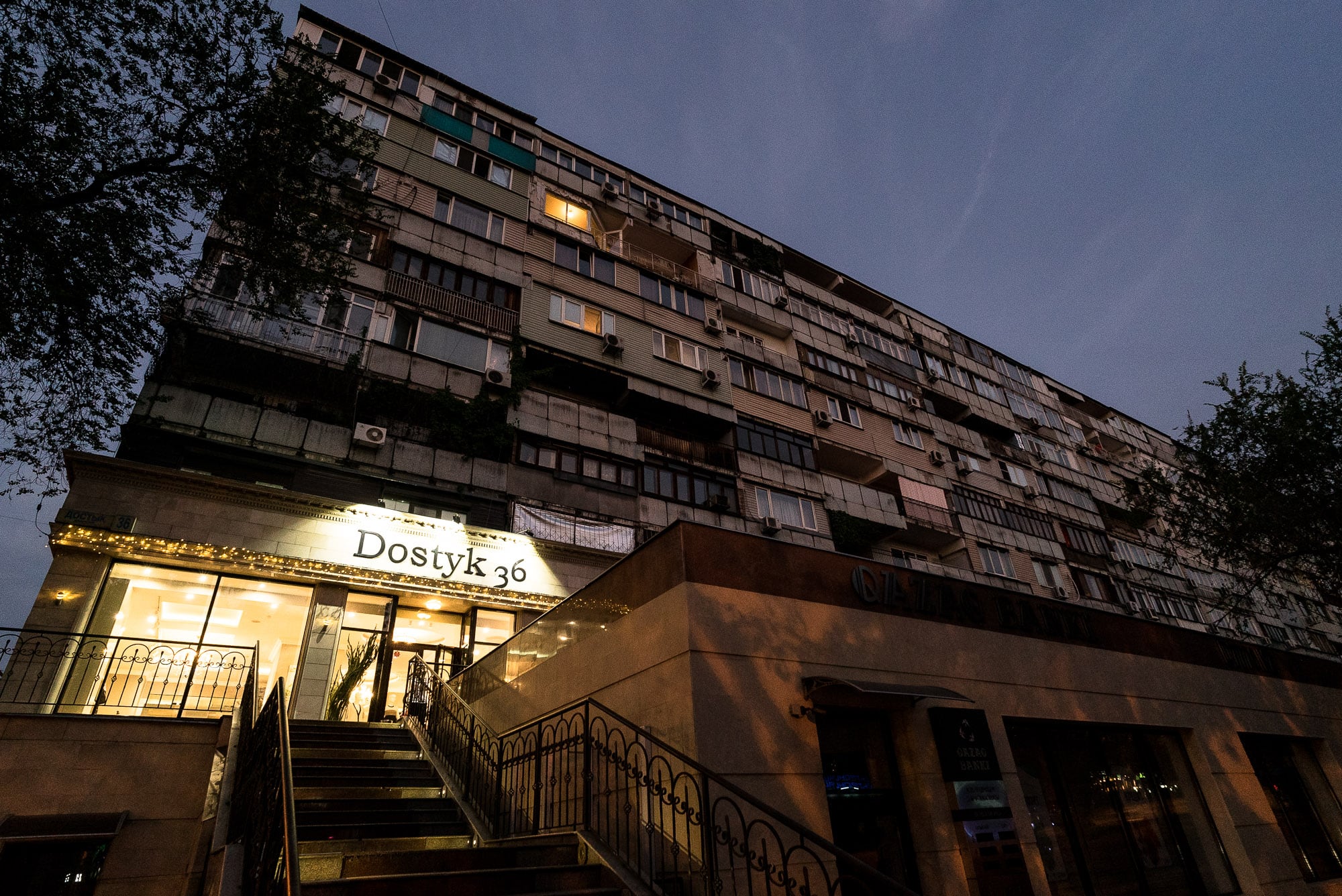 And then I walked some more, through a city that was overwhelming with all its monuments and water fountains: 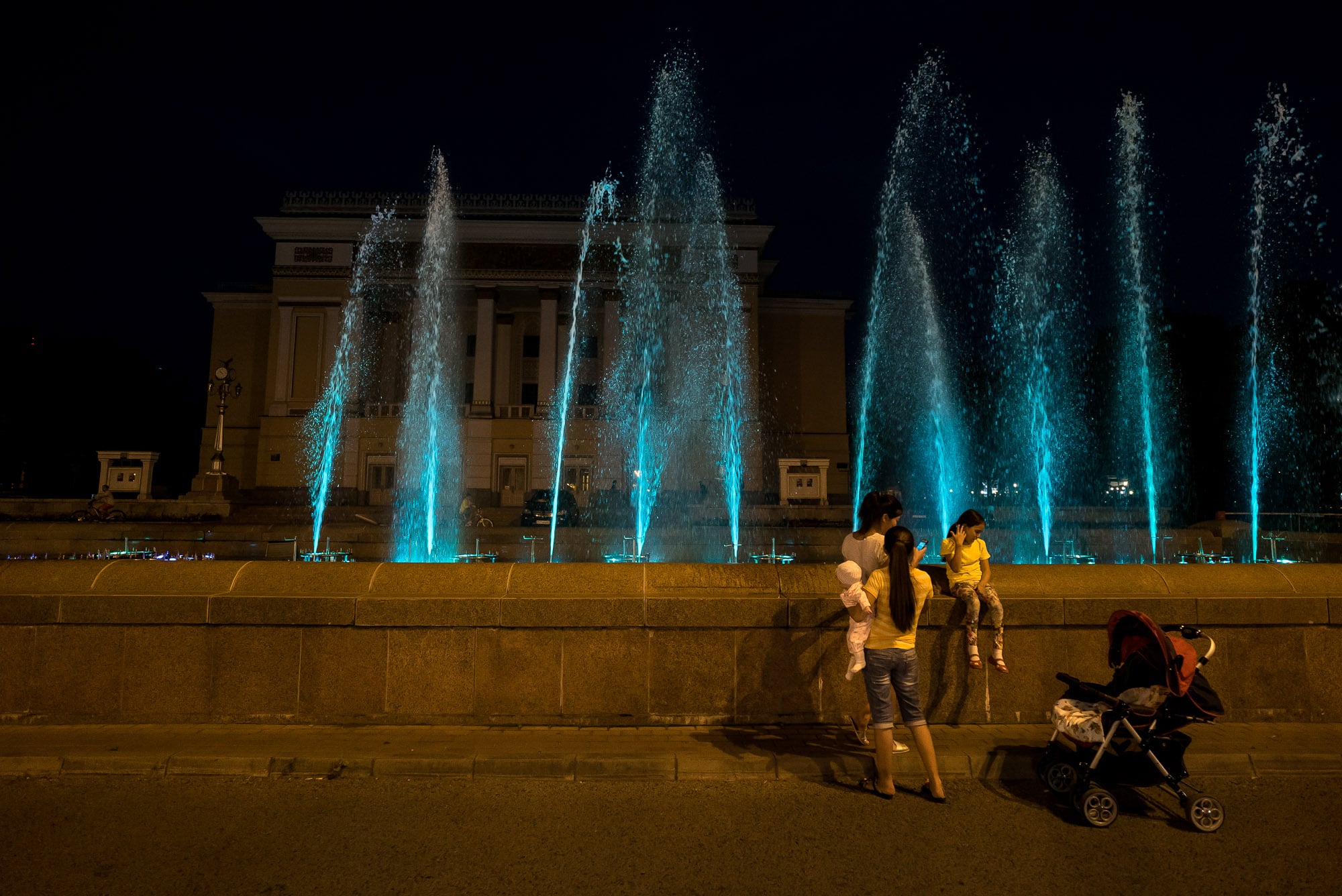 And if you look closely at the map above, you will see that I passed the place where I was planning to sleep, then walked 3km in the wrong direction, upon which I had to walk the same 3km back.

But I did arrive at some point.

Day 476
from Karabulak to Almaty