With practically no sleep during the night before, I got up early and packed my things. Then I got going. 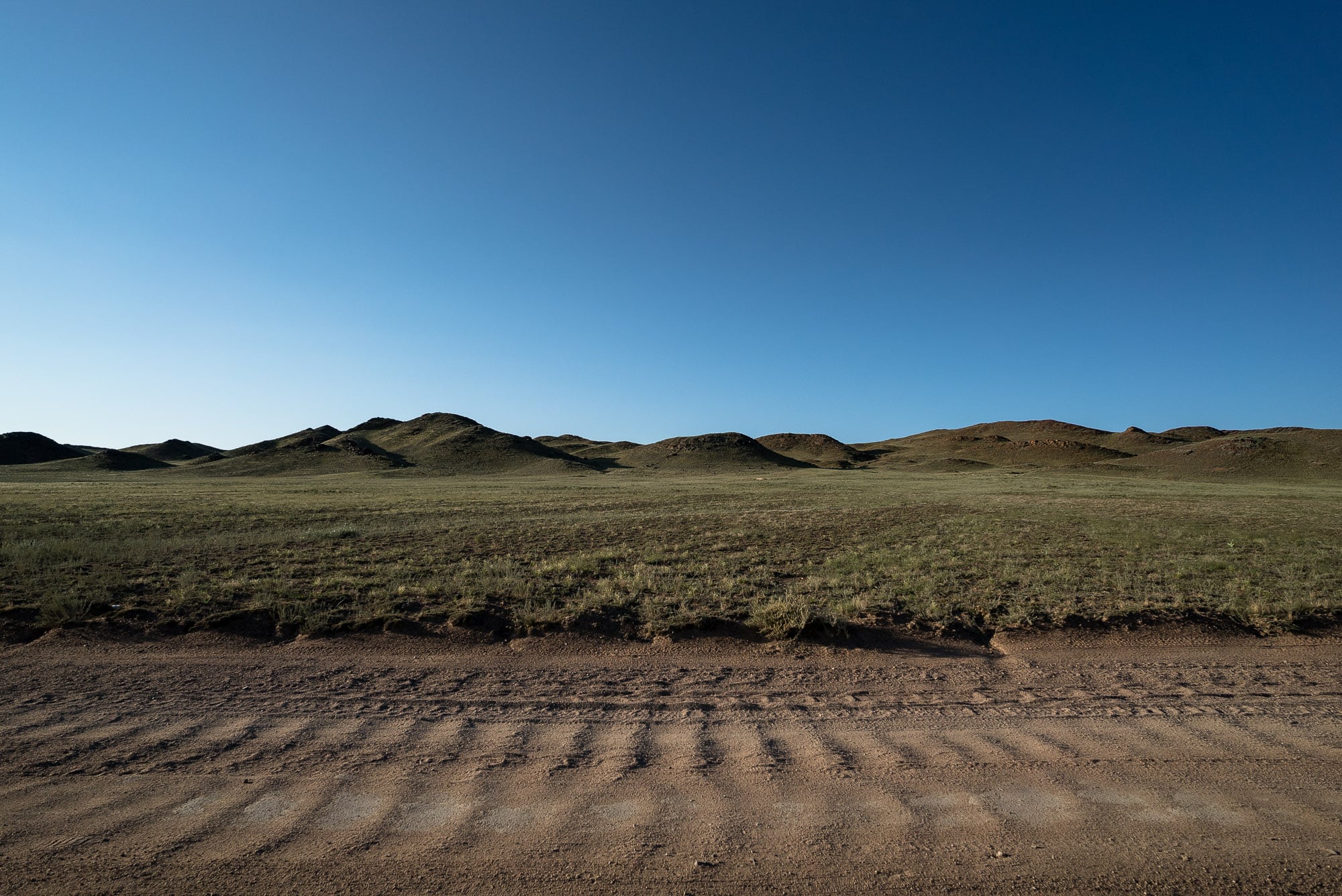 Once I ran into tourists, two young men with backpacks. They had apparently asked a cabbie to drop them off at the canyon. The problem was just that they were still 10km from the place.

Do you have any water? I asked them.
“Not much.” they said.
Okay, you have met the right guy then, I said, pointing at my bottles, of which I had plenty.
They gave me a funny look. Then one of them asked: “So you sell water?”

Shortly after this I hit the main road. It was made of asphalt, and it was almost completely straight: 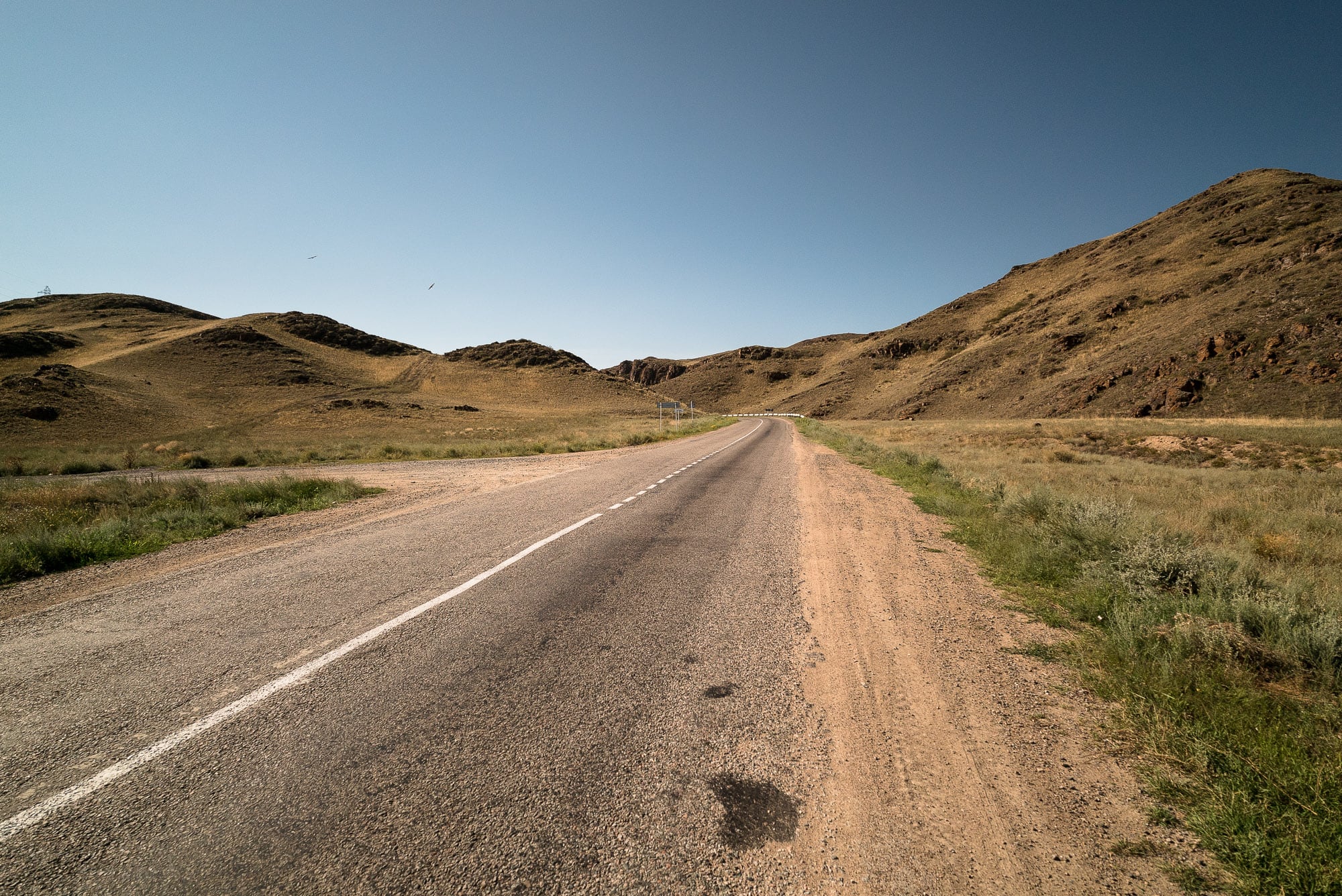 I saw a horse once. We just kind of stared at each other: 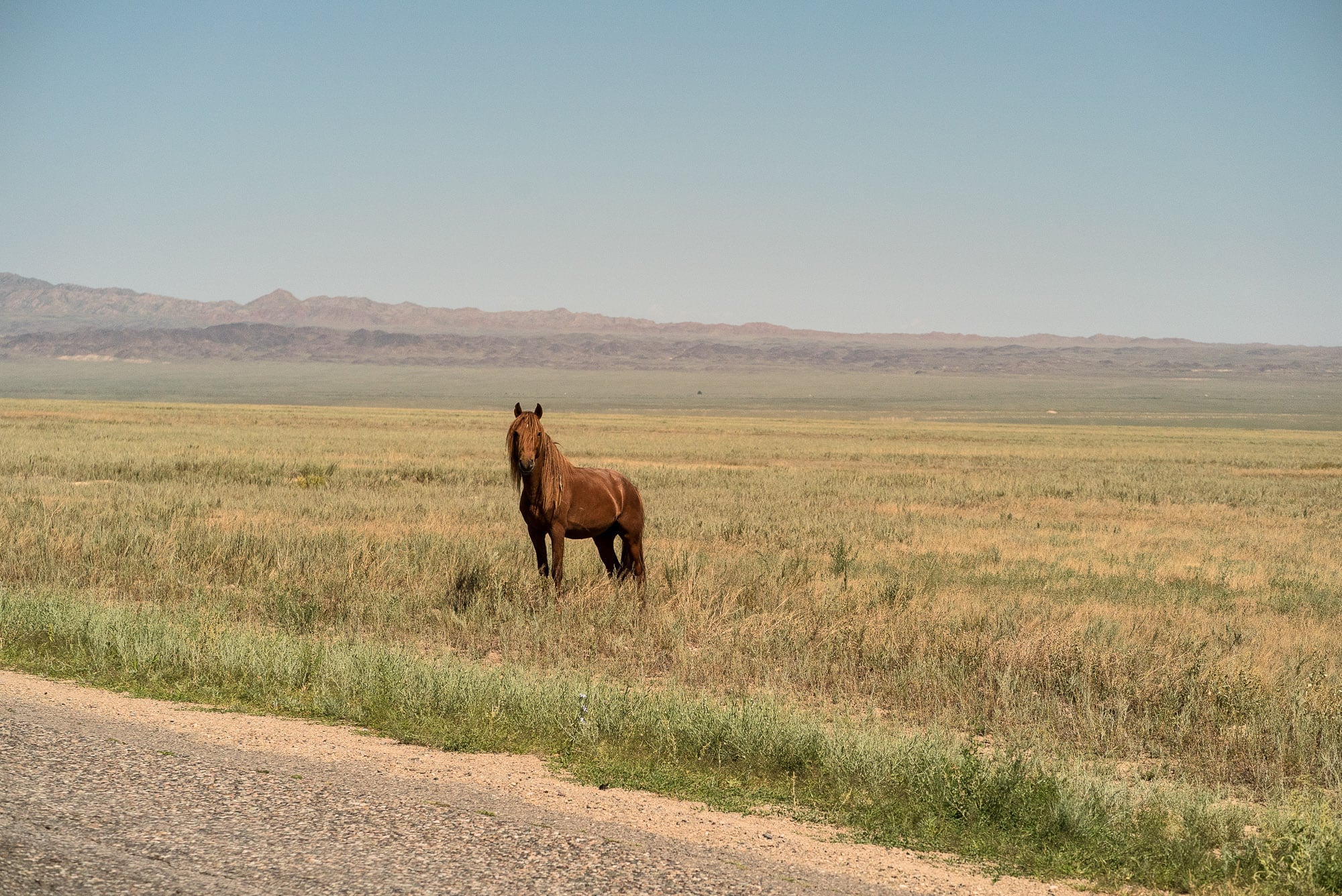 Once I saw a weird little building: 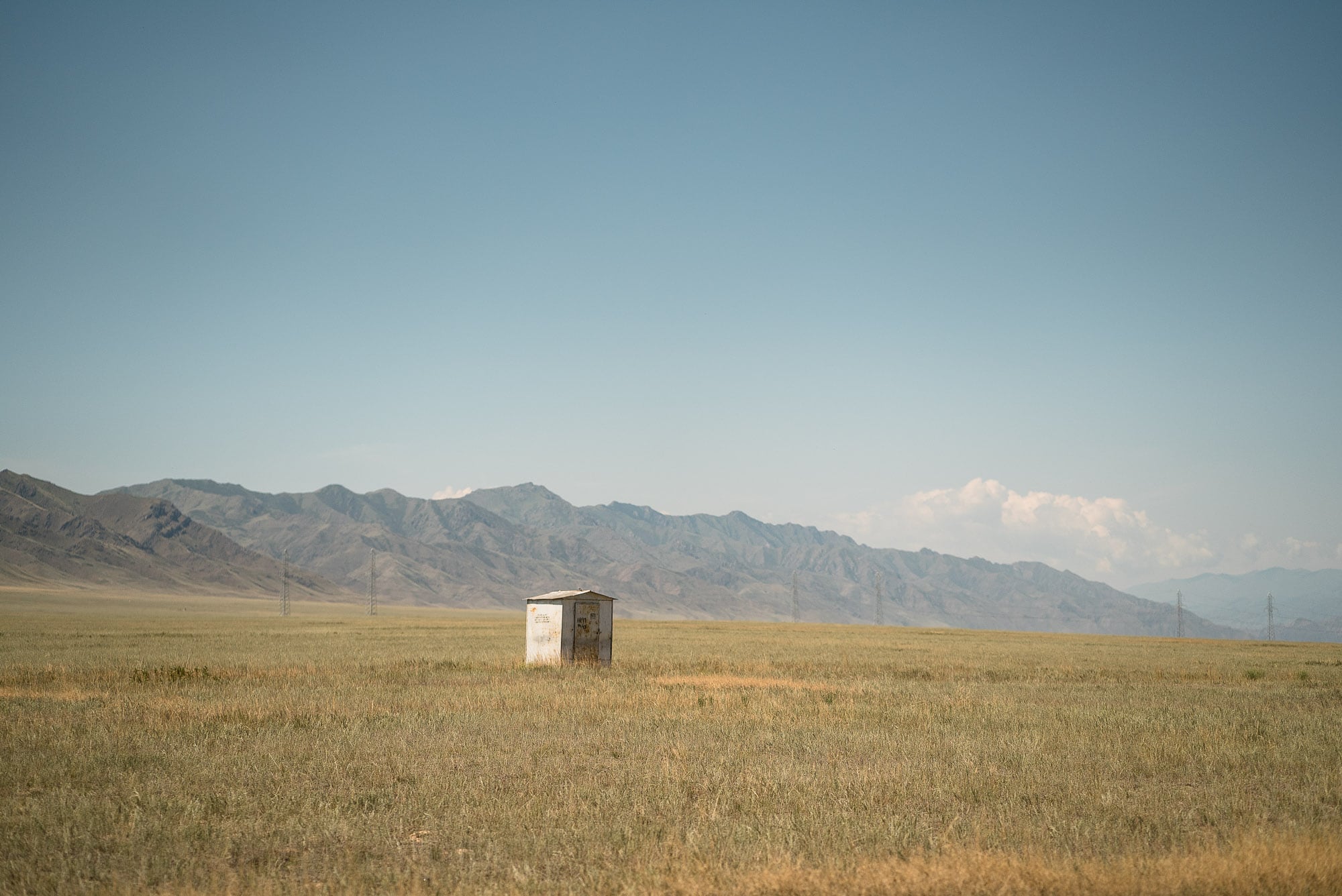 There was nothing else. Just flat land, steppe is what it’s called I believe.

One time, something really good happened though:

Then, at some point in the afternoon, I saw this thing: 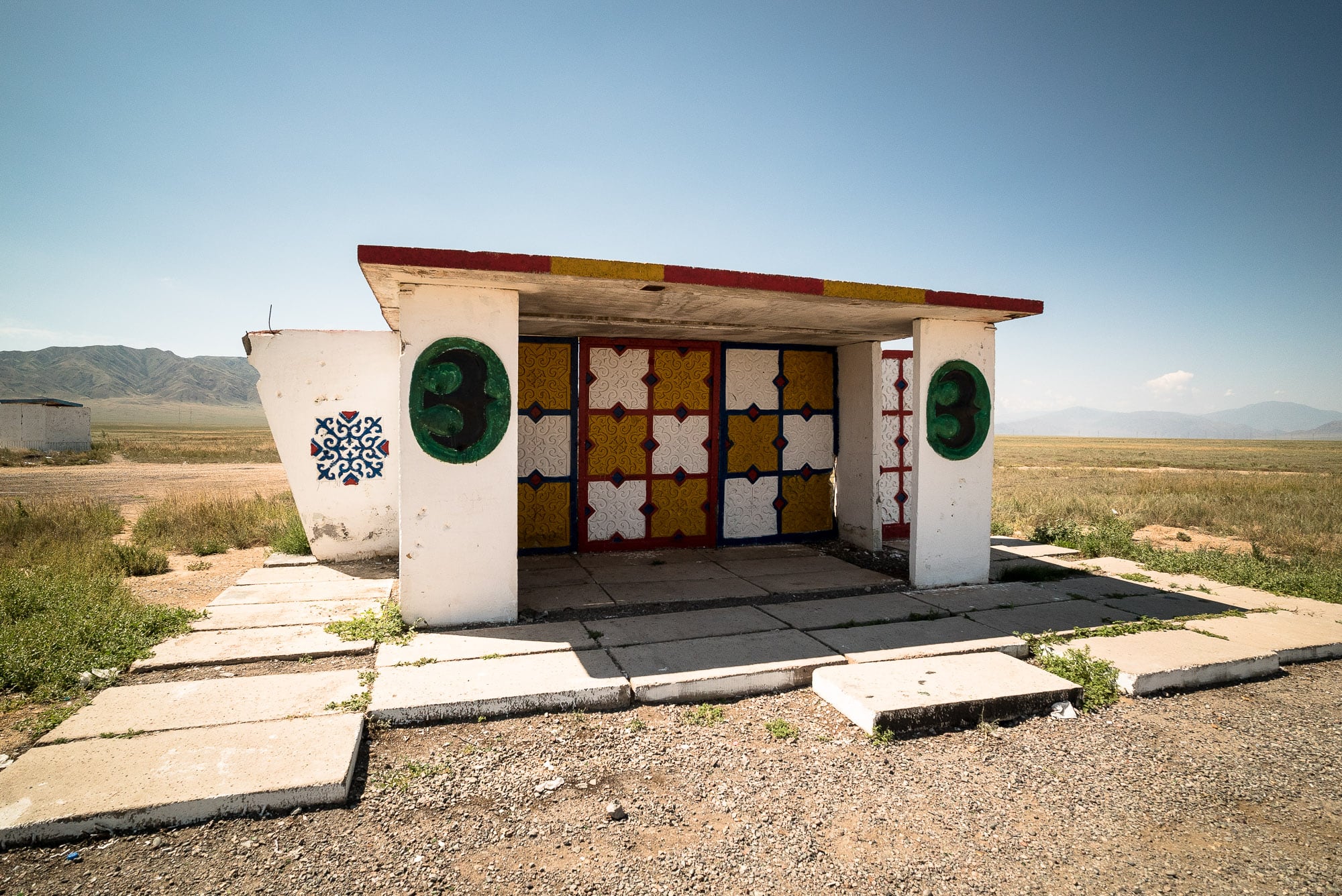 I didn’t know what it was and I didn’t care. This was the first shady spot that I had seen all day.

So I stretched out on my raffia mat. Everything felt good for a few minutes. Then a bunch of flies appeared and started circling around me. They looked like regular houseflies, but for some reason they appeared to be able to bite. I am not kidding. They would sit on my legs (on my socks preferably), and after a while there would be this feeling of pain, like a sting. They didn’t leave any bite marks though.

I killed the ones I was able to kill.

The rest of the way was just as repetitive as before.

I saw a grave and a tree once: 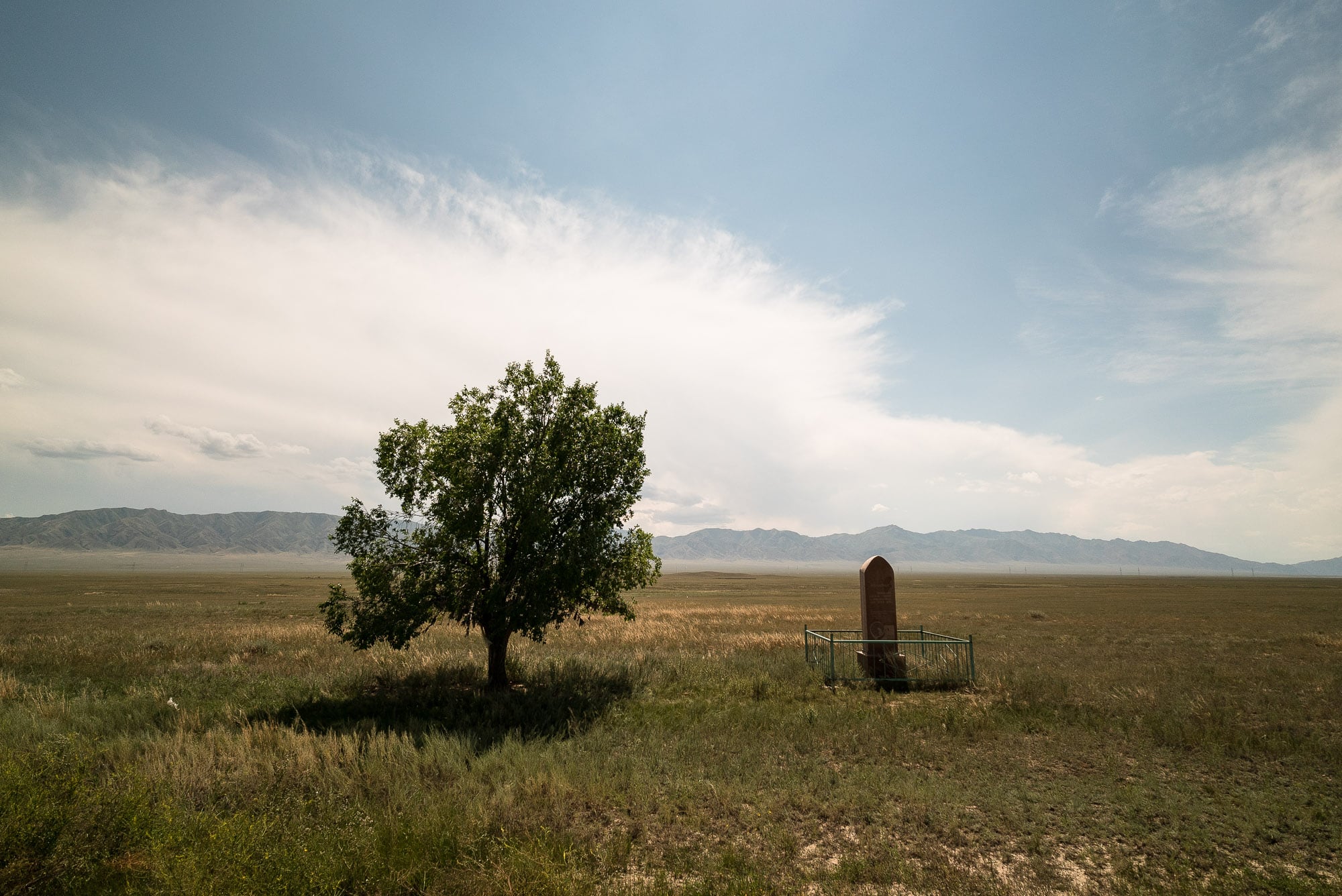 Must have been an important person to have a tree next to one’s grave.

Then I saw what seemed like a storm gathering in the distance: 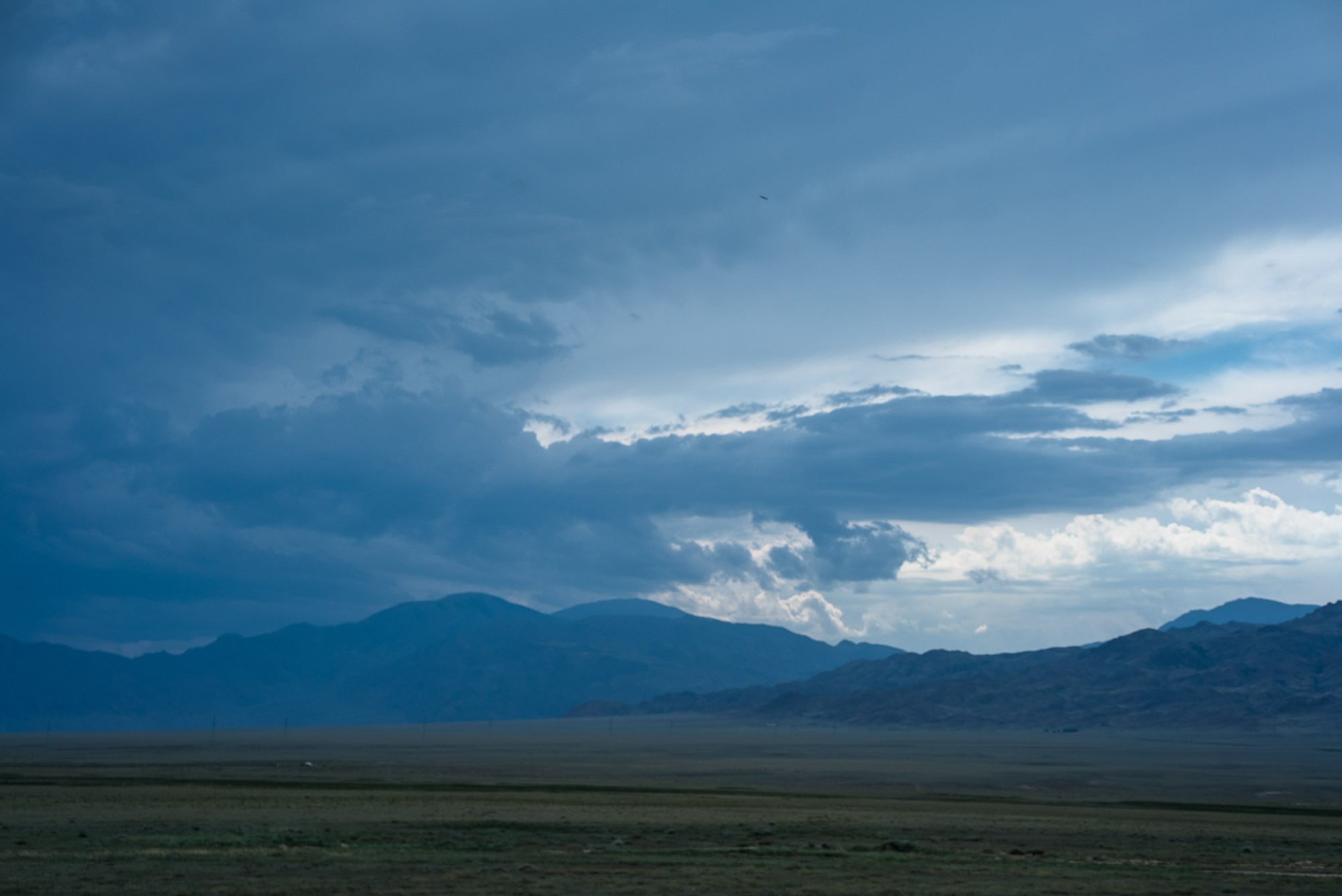 Storms suck when there is nothing around you but flat land.

So I was very happy once I got to this little settlement next to the mountains. It was called Kokpek, and it seemed to consist of basically just shops and restaurants that catered to people who were driving past: 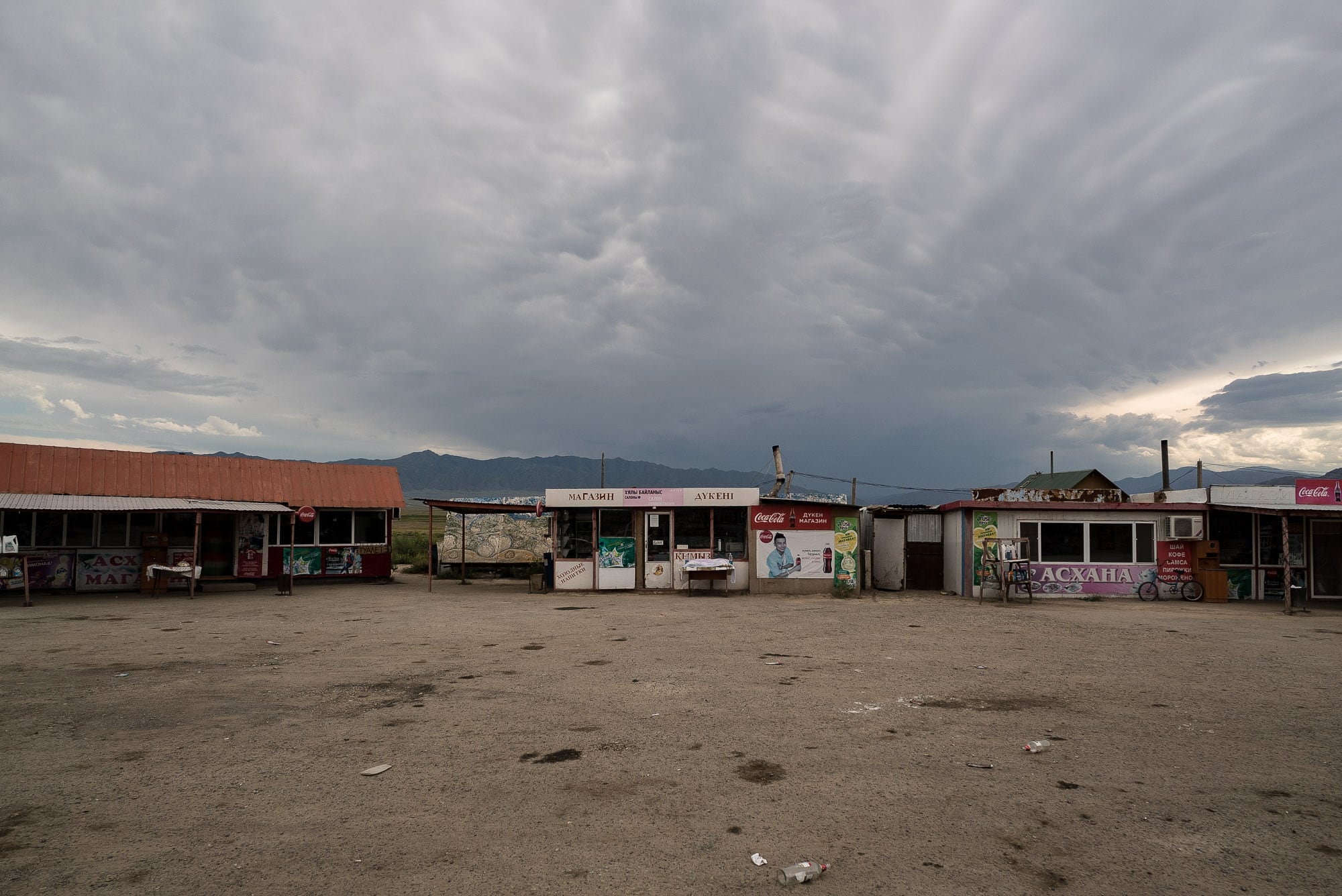 I went to the biggest restaurant and asked if they knew of a hotel in this place, a guesthouse, anything.

And so it was done: 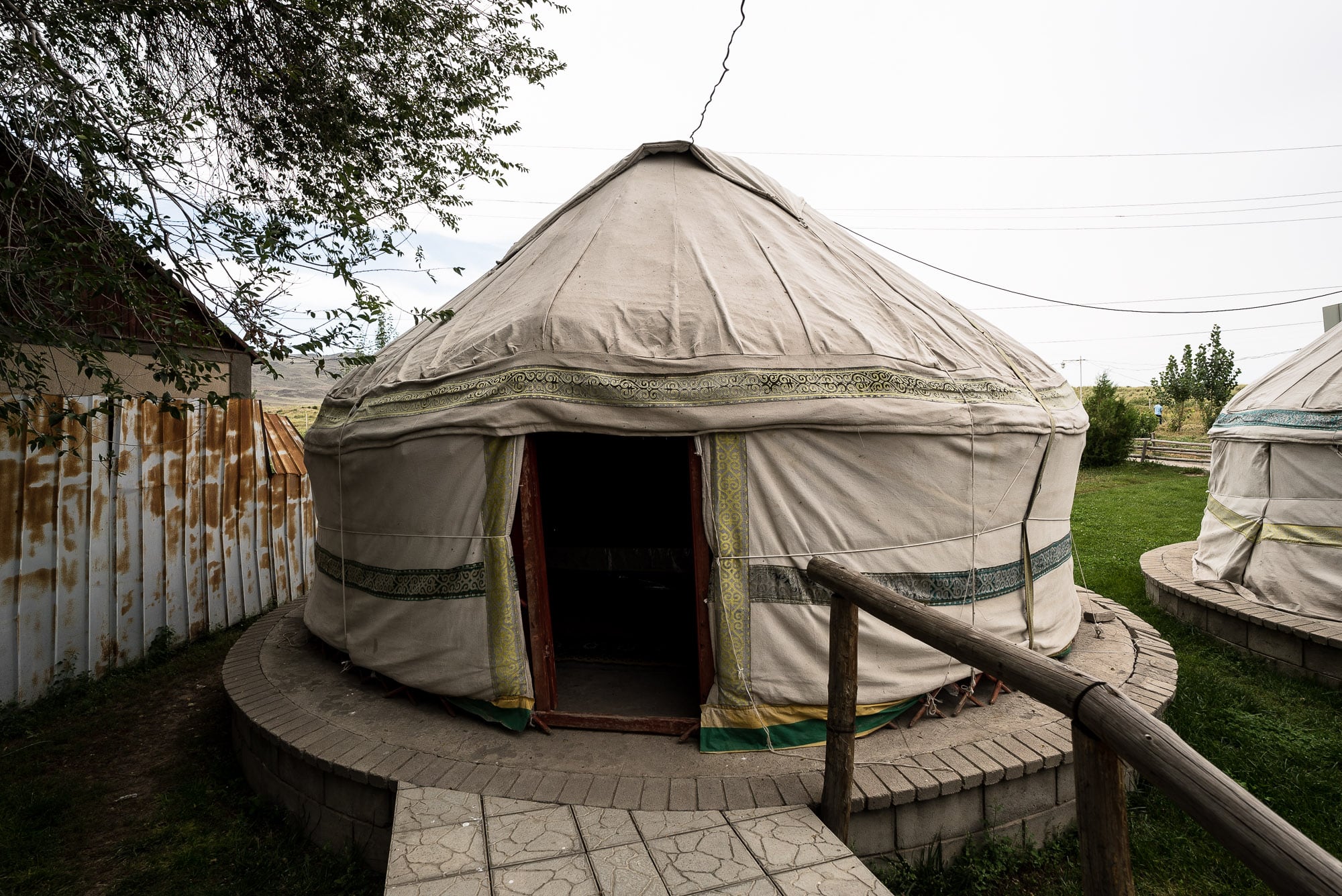 I talked to an Italian travel group for a while, marvelled at the beauty of one of the waitresses for a while (sadly, I didn’t take a picture), and I had a very good meal of lagman: 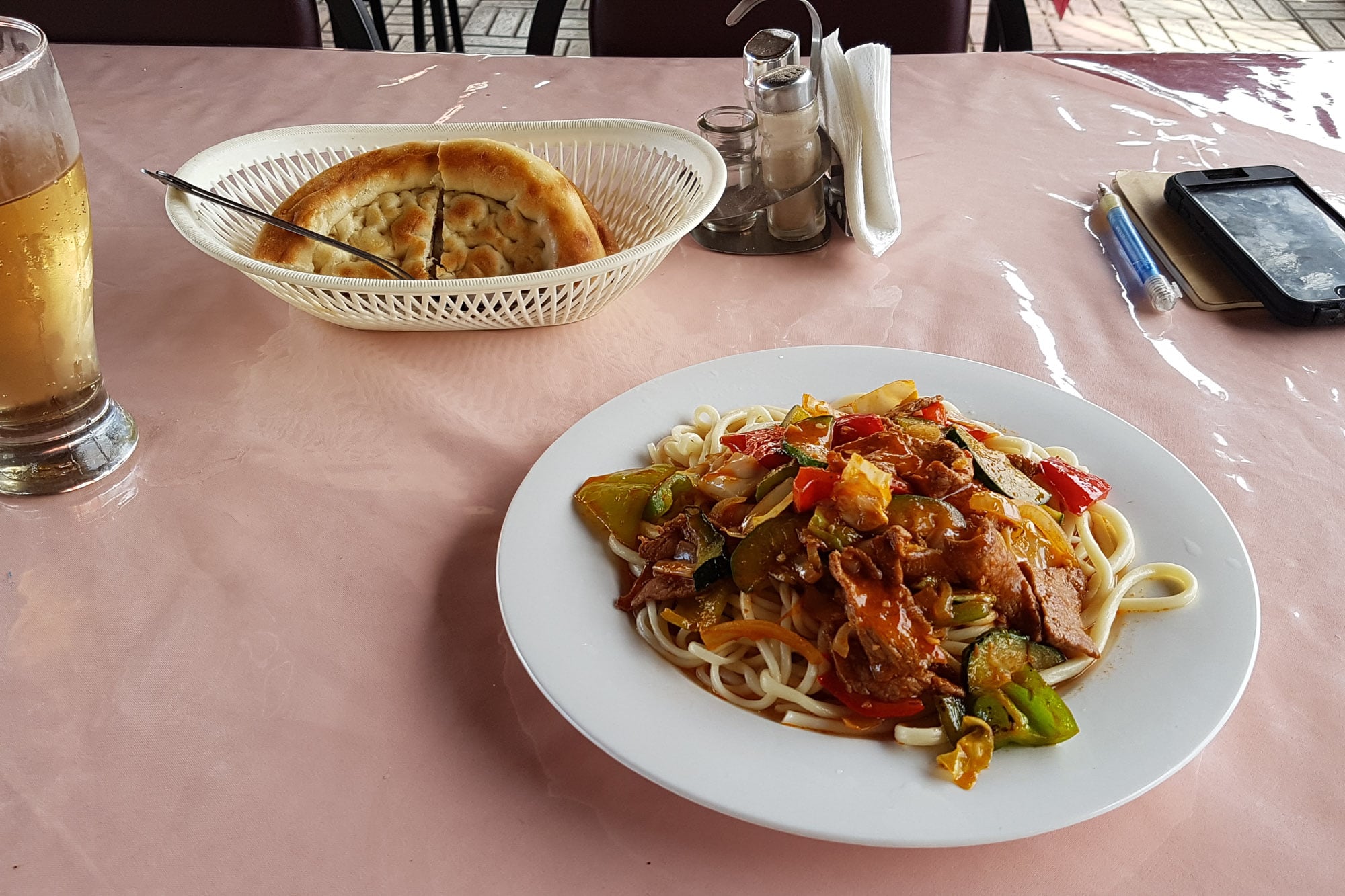 Then I put my feet in the water: 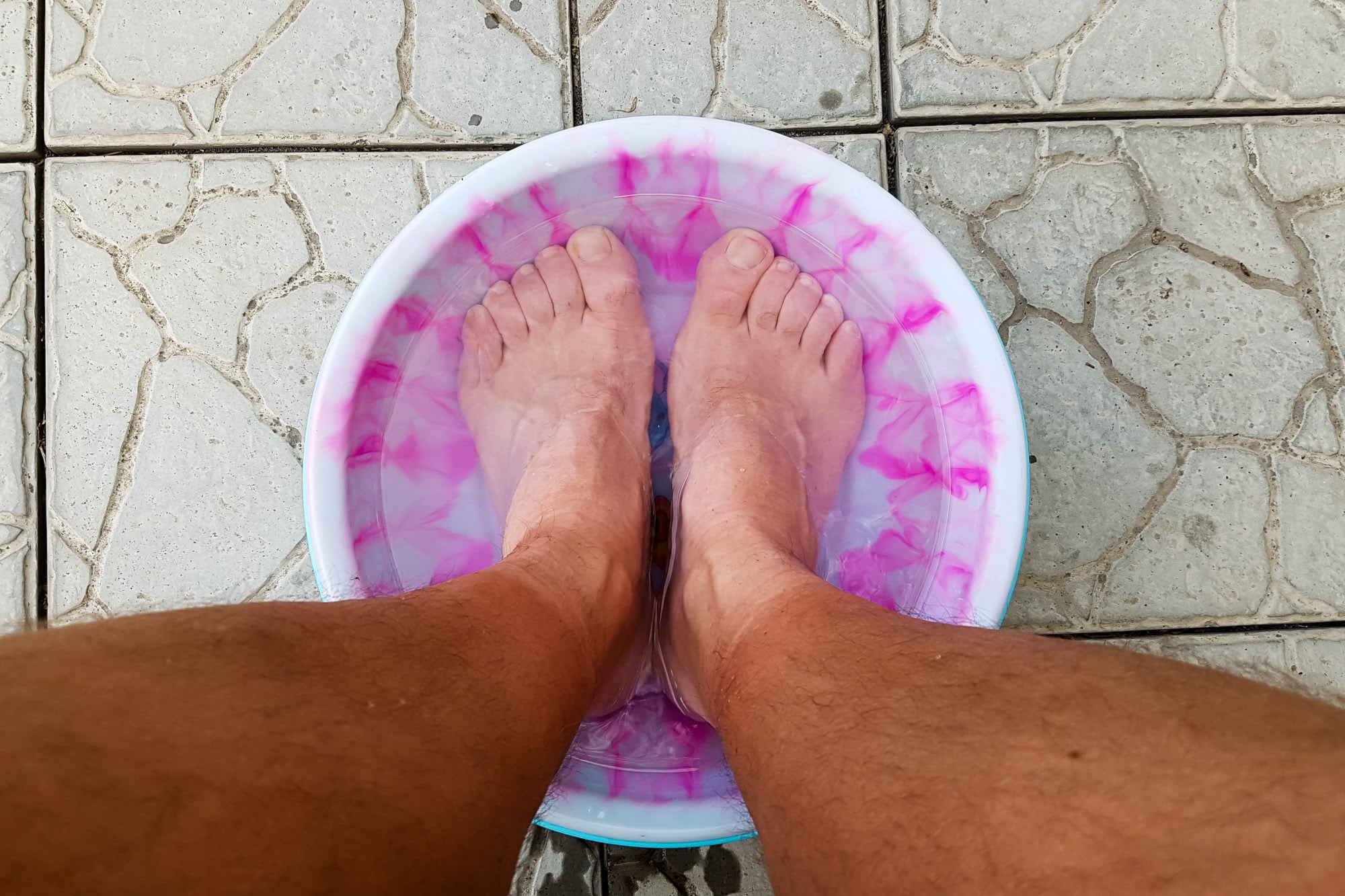 And then I finally went to sleep.

Day 470
from above Charyn Canyon to Kokpek