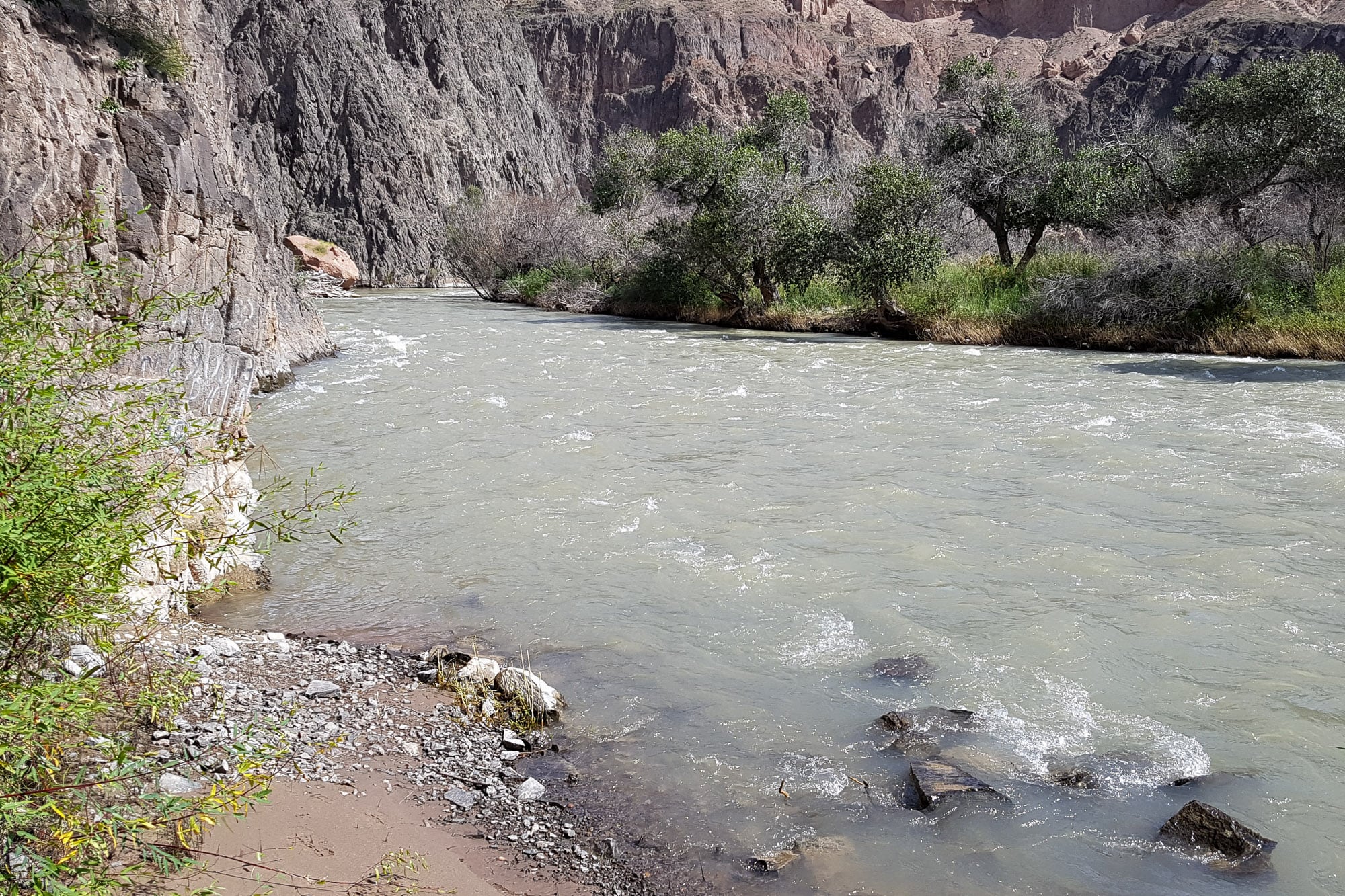 Well it wasn’t really hidden, actually it was really close to the eco park. But nobody seemed to be looking for it, so I was the only one there all day:

At first I kept my shorts on. Then I got rid of them, too.

And in keeping with the tradition of December 2008, here it is, the butt photo: 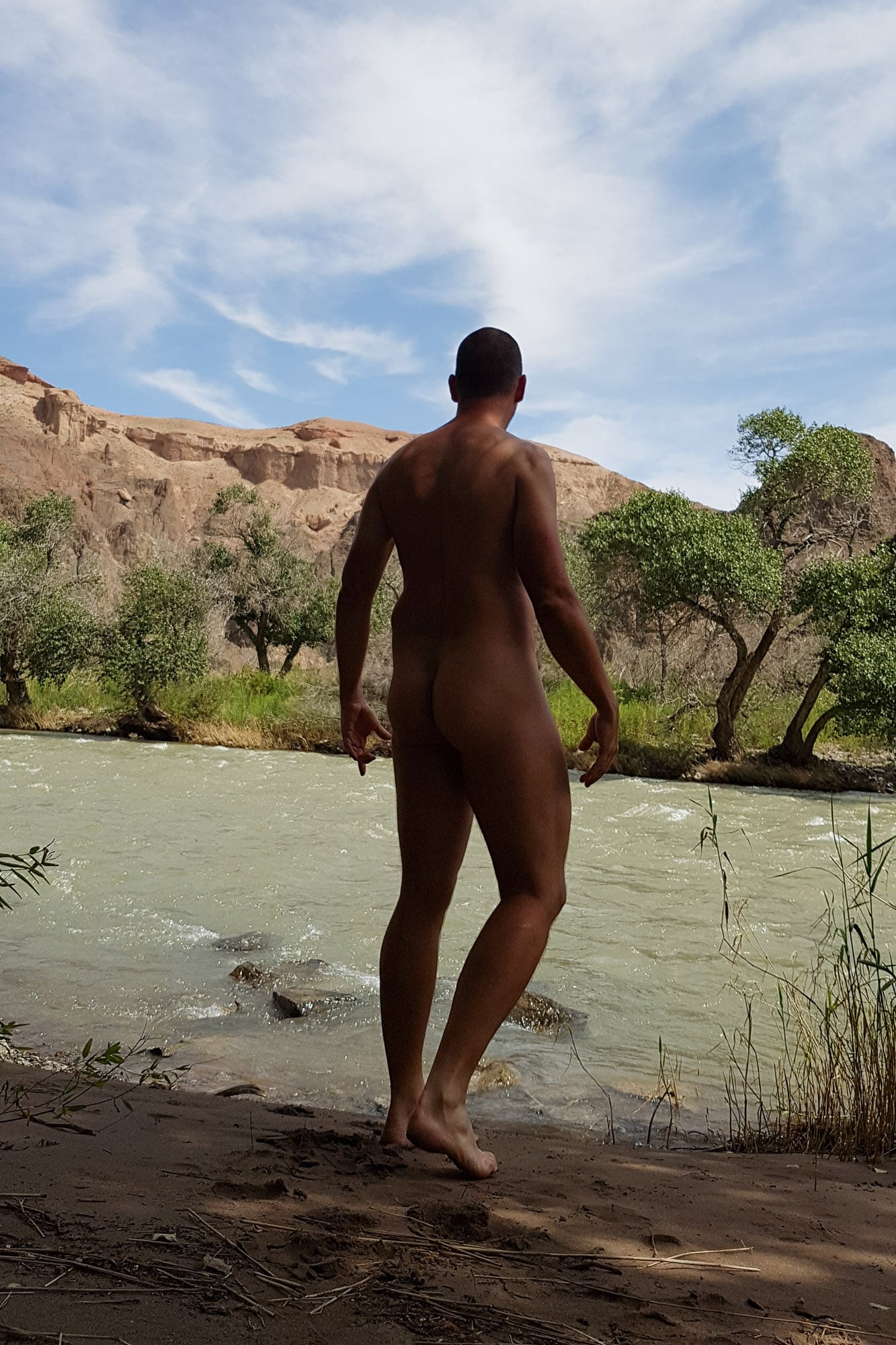 I spent a good part of the day there in the sun. One time I noticed a fellow athlete:

And then, after I had put my pants back on and left the hidden spot, some dudes spotted me. They were on vacation here from the far west of the country. They were having food, to which they invited me, mutton with potatoes. And they were drinking: 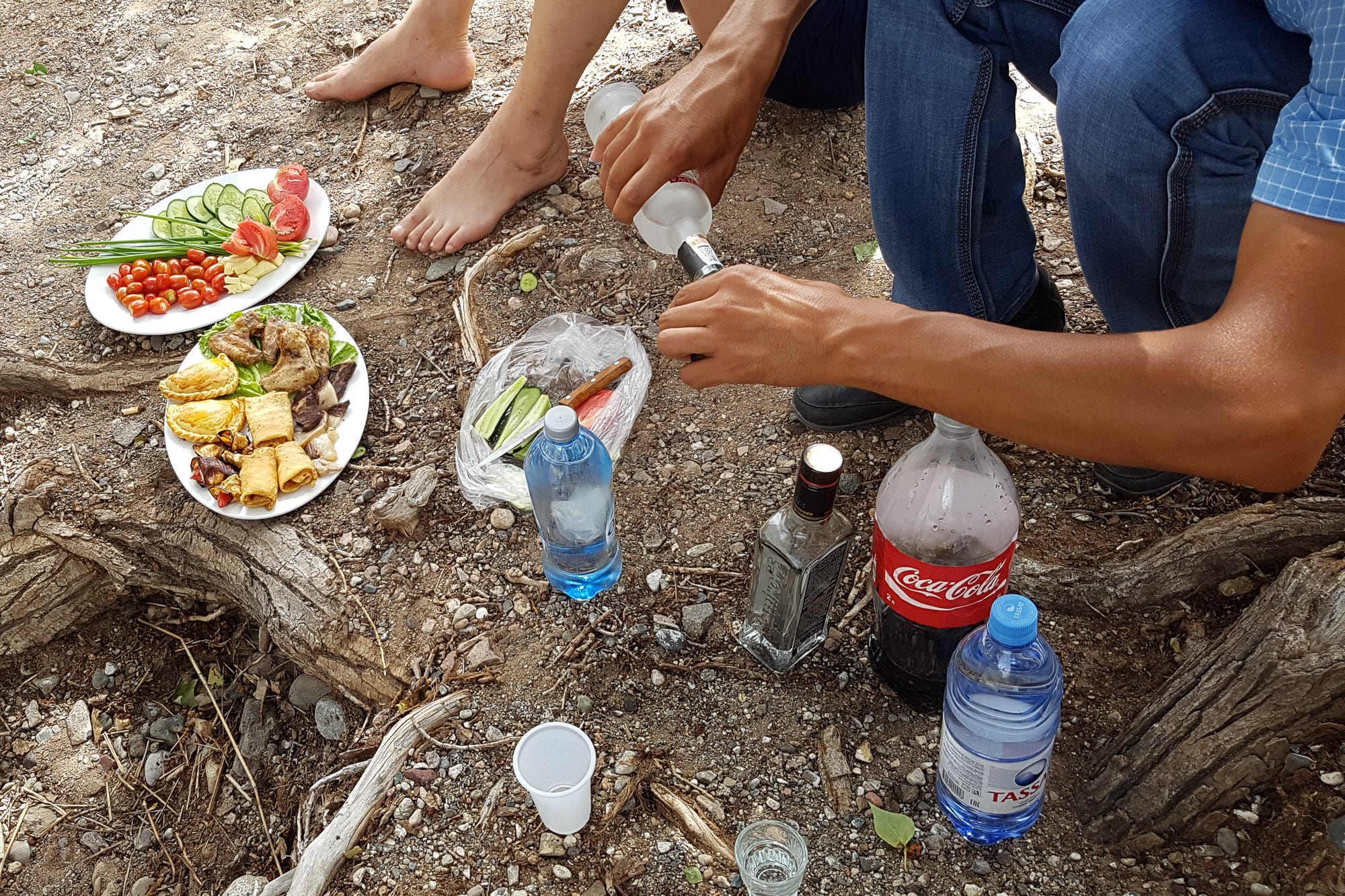 “To friendship!” I would say.
“To nature!”
“To the canyon!”
“To all ze nice peeeople of Kzakhssstannnn…”