People had been telling me about the REAL canyon. It wasn’t here where I was. It was somewhere far away, and it was supposed to be awesome.

So I left the place with the nice trees and the nice feeling of safety and got back on the road: 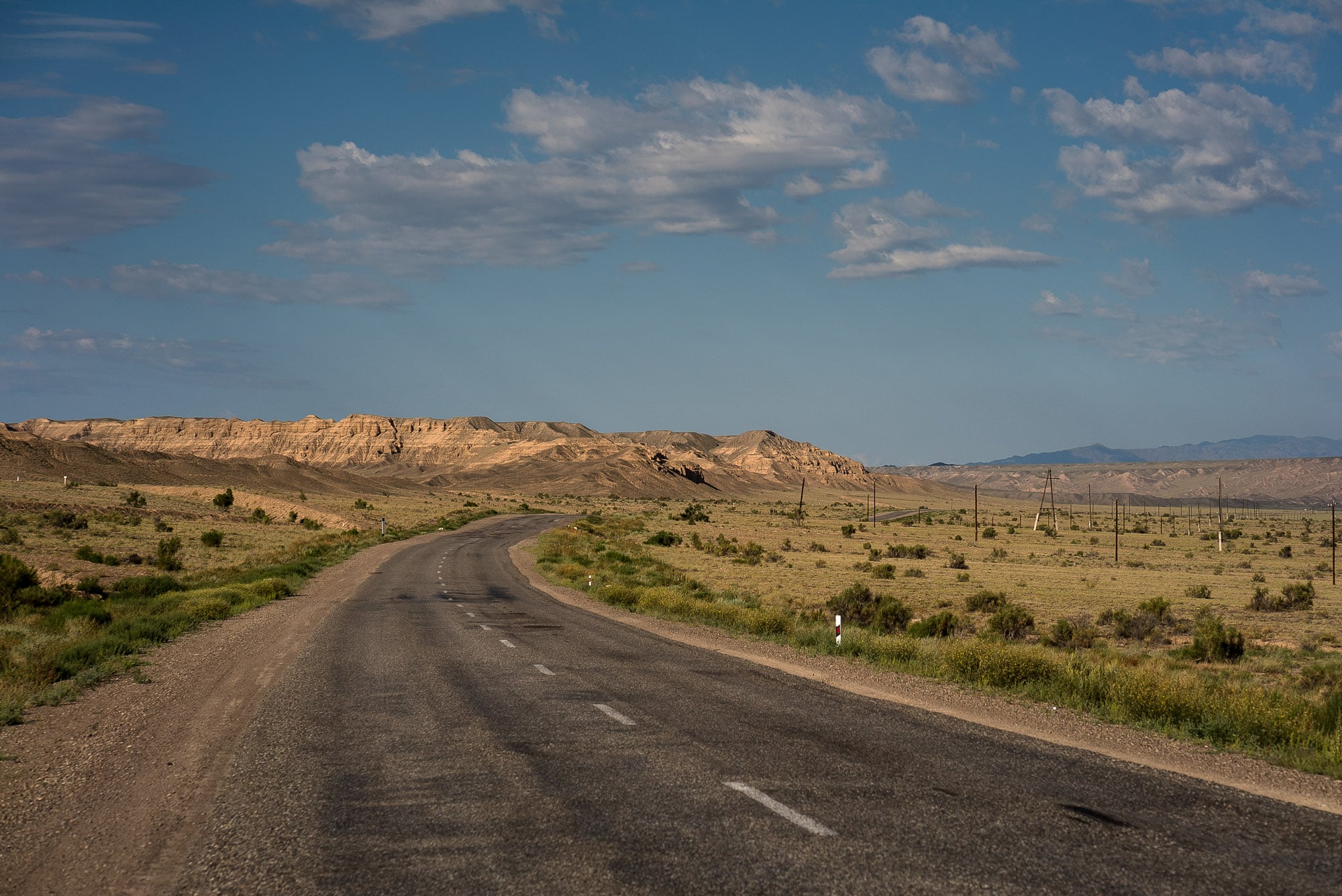 I crossed the river that was forming the canyon and some of the wetlands that came along with it: 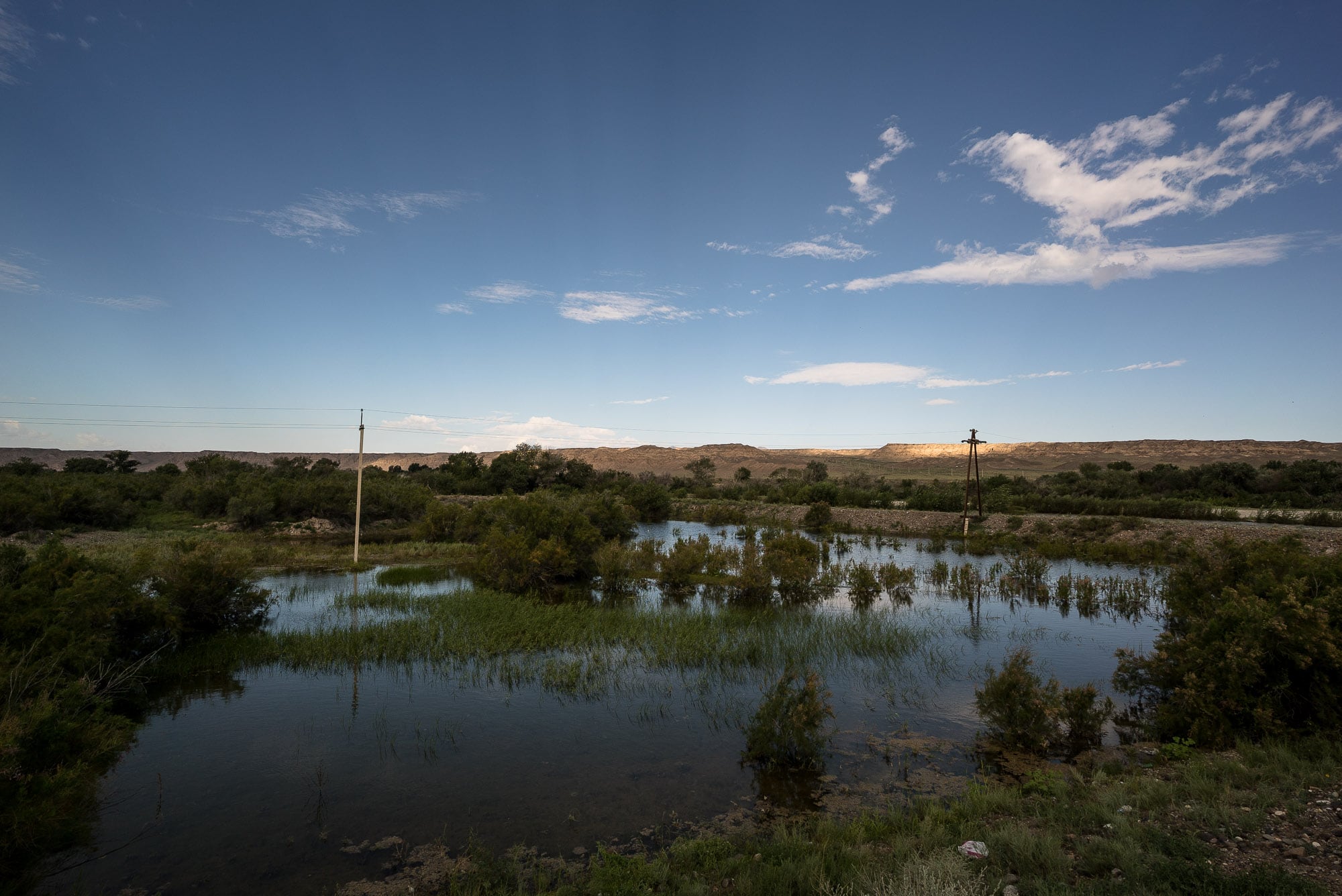 Then I ran into a bunch of Uyghur gentlemen who were apparently celebrating something: 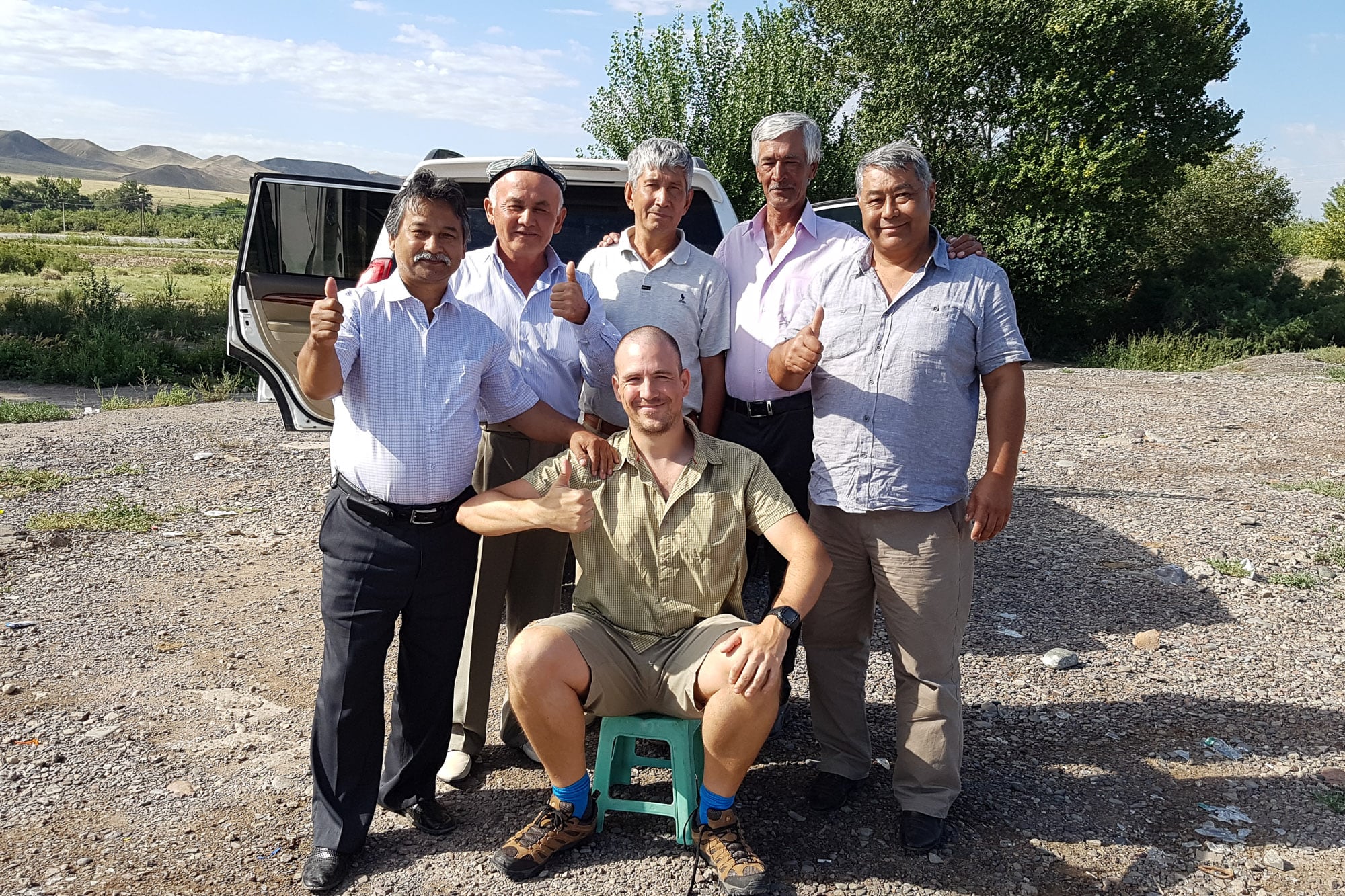 I never found out what it was, but they were very friendly. They gave me bread and tomatoes, and they toasted with vodka and I toasted with water.

Then they got into their car and drove off, and I was left to wonder at the shards of glass on the ground. Apparently quite a few people had celebrated in this place before: 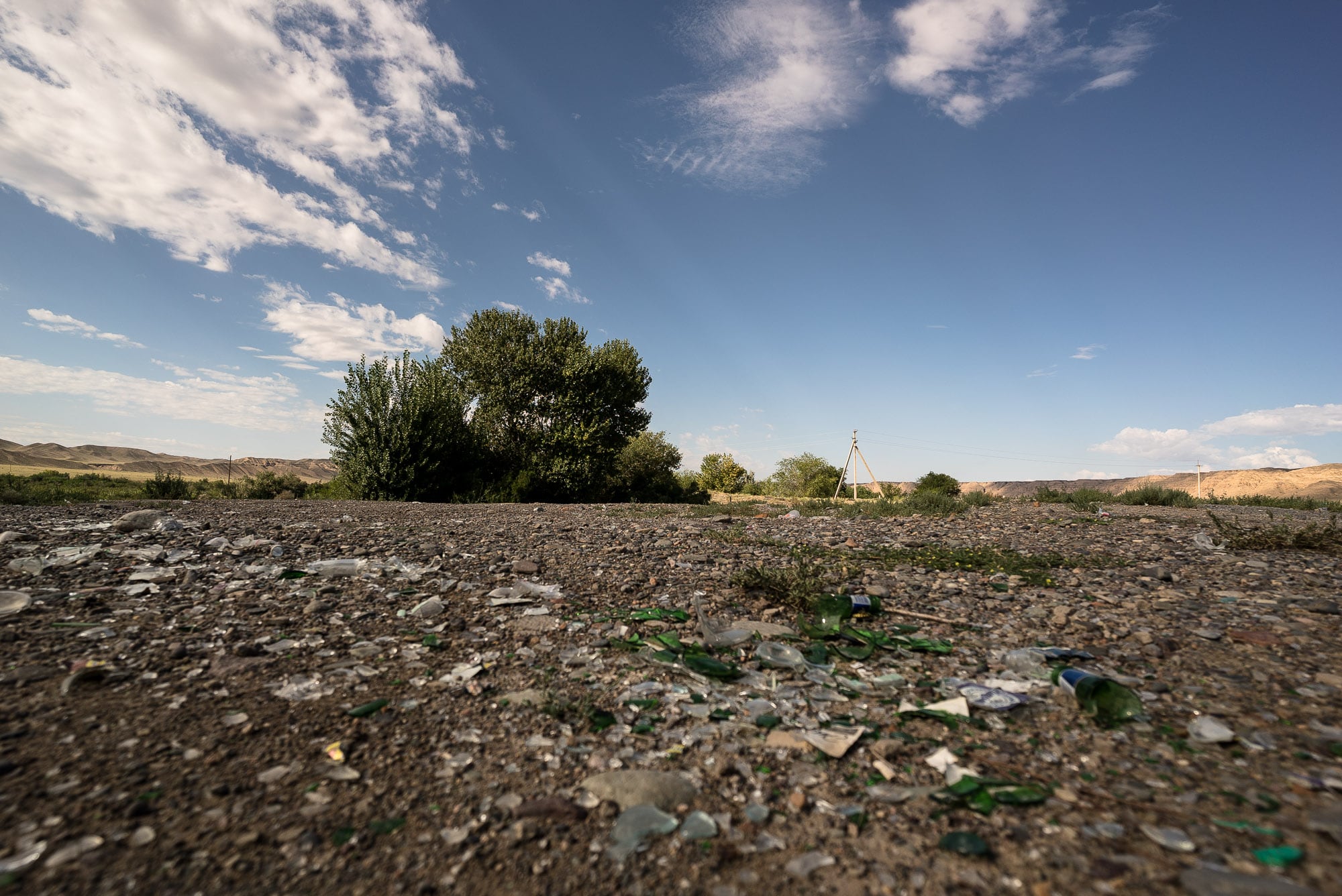 Then came an uphill slope. It was so steep that the large trucks on the road next to me had to shift into first gear and were sometimes even slower than I was. There was much roaring of engines and I saw many a pitiful face from the drivers.

But we all got to the top eventually. 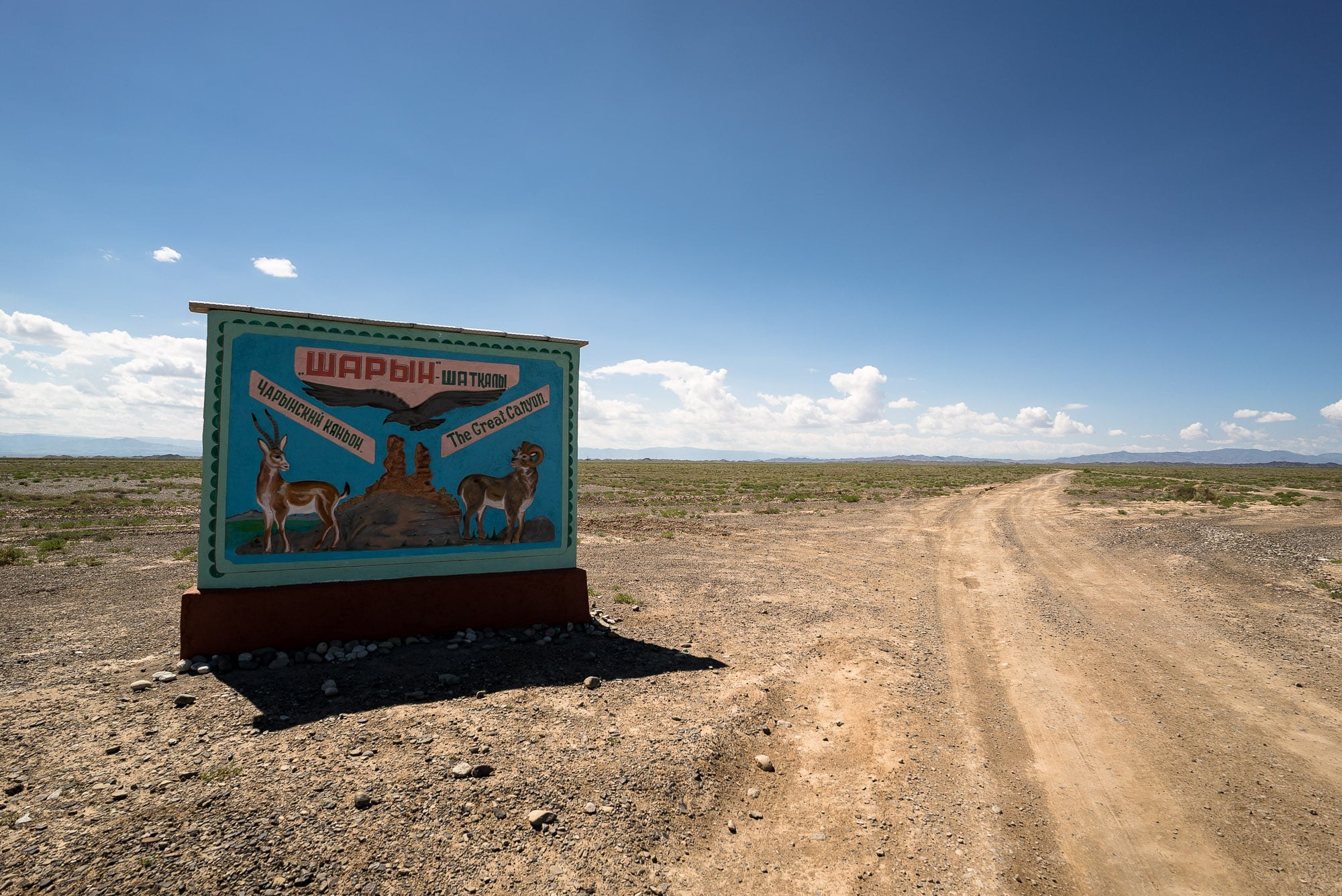 The canyon was near.

I left the asphalt and got onto this gravel road: 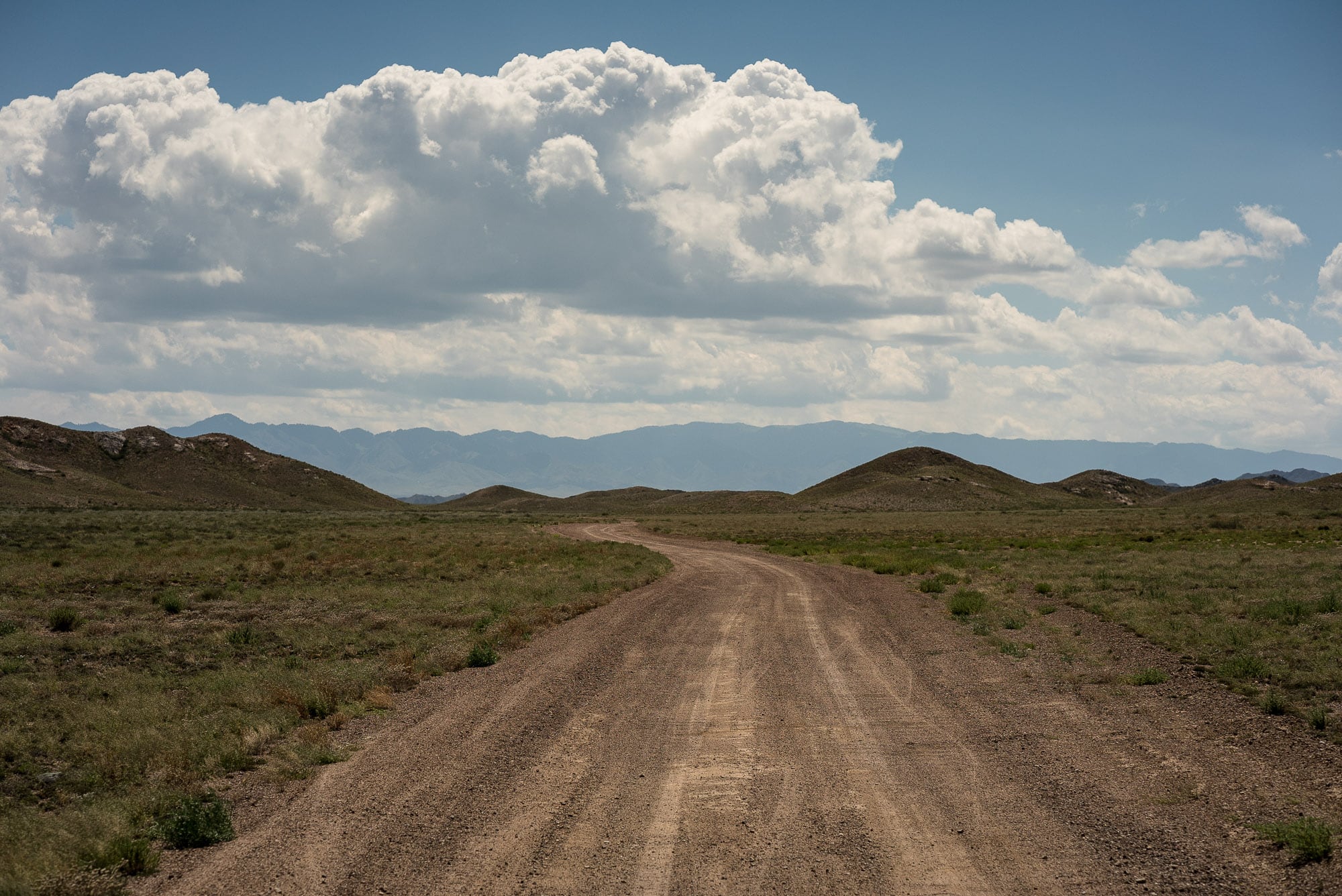 It wasn’t a nice gravel road like you would imagine (or like I had imagined). It was bumpy, and the gravel was thick:

It went on like this for more than 20km. Sometimes it even looked like a veritable desert: 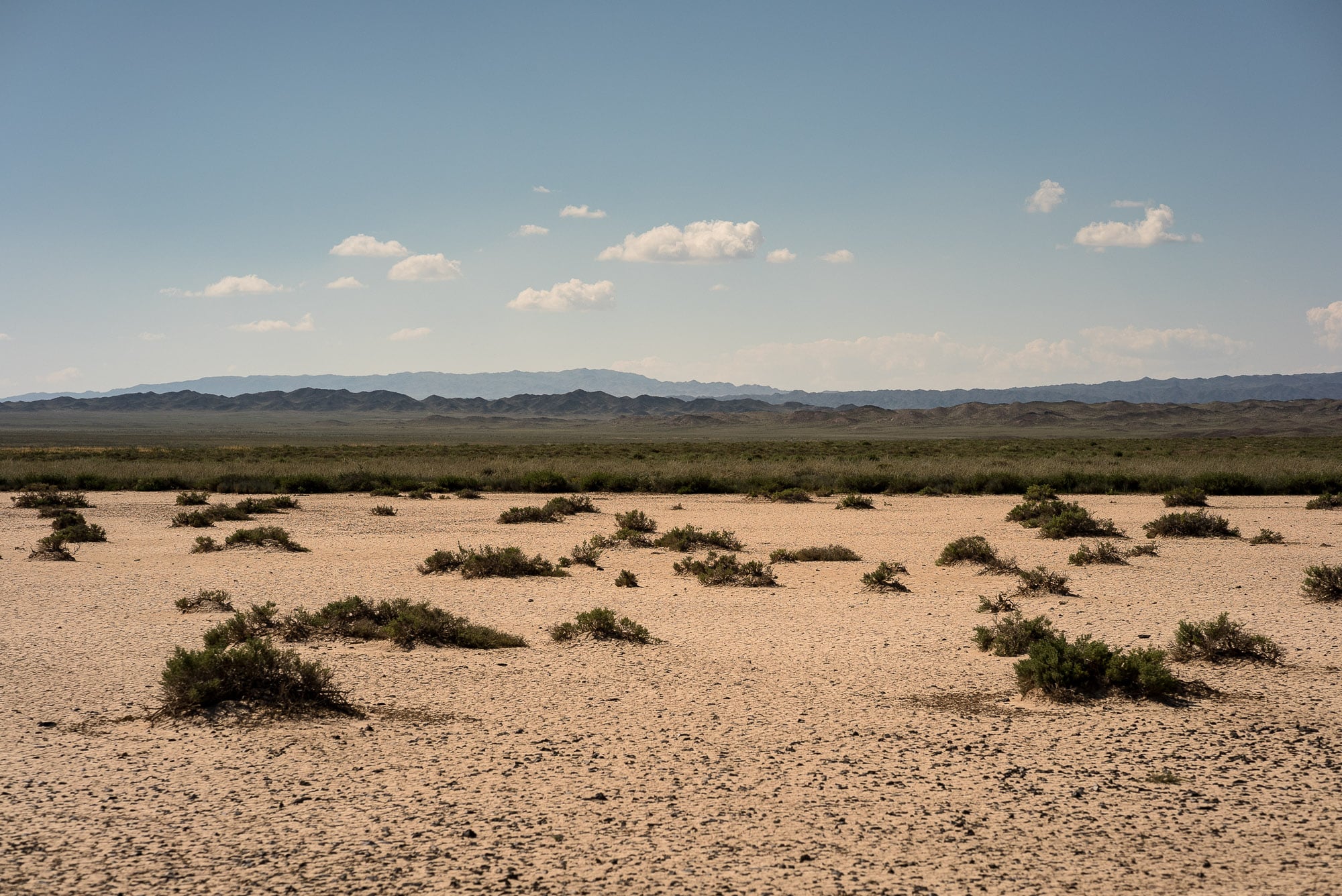 Oh, and there were cars sometimes. I counted five of them on that gravel road. Five cars and two cyclists from Argentina.

And there was no shade in sight.

I took a lunch break where I had some corn and some bread next to the road. And I made an exciting discovery:

Okay, maybe it wasn’t all that exciting.

After hours of walking I reached a particularly lonely looking ticket office: 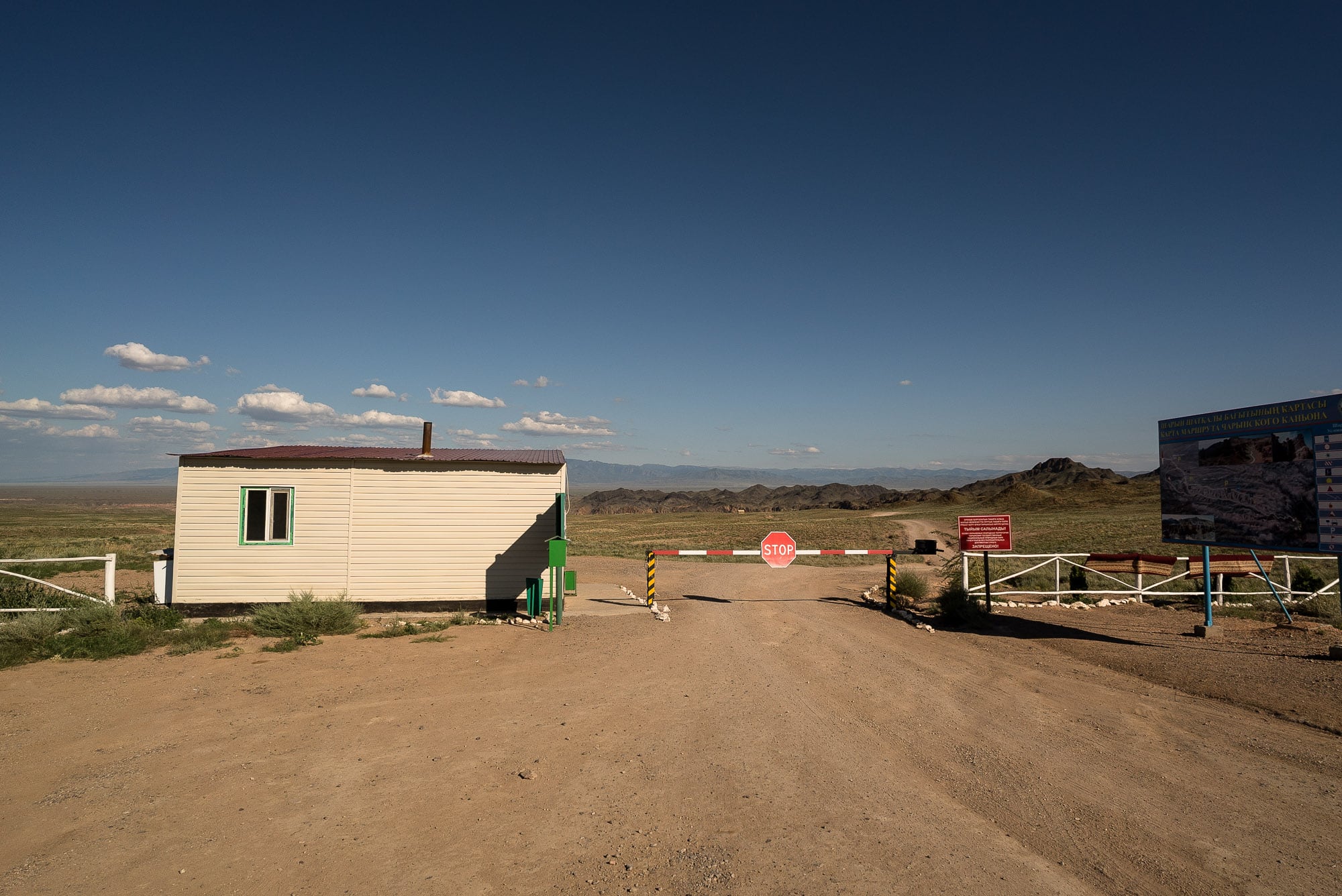 The guy that worked there took down my passport credentials and had me sign something, then he saw the Caboose and started laughing. Was I really traveling with THAT?

We decided to take a photo together: 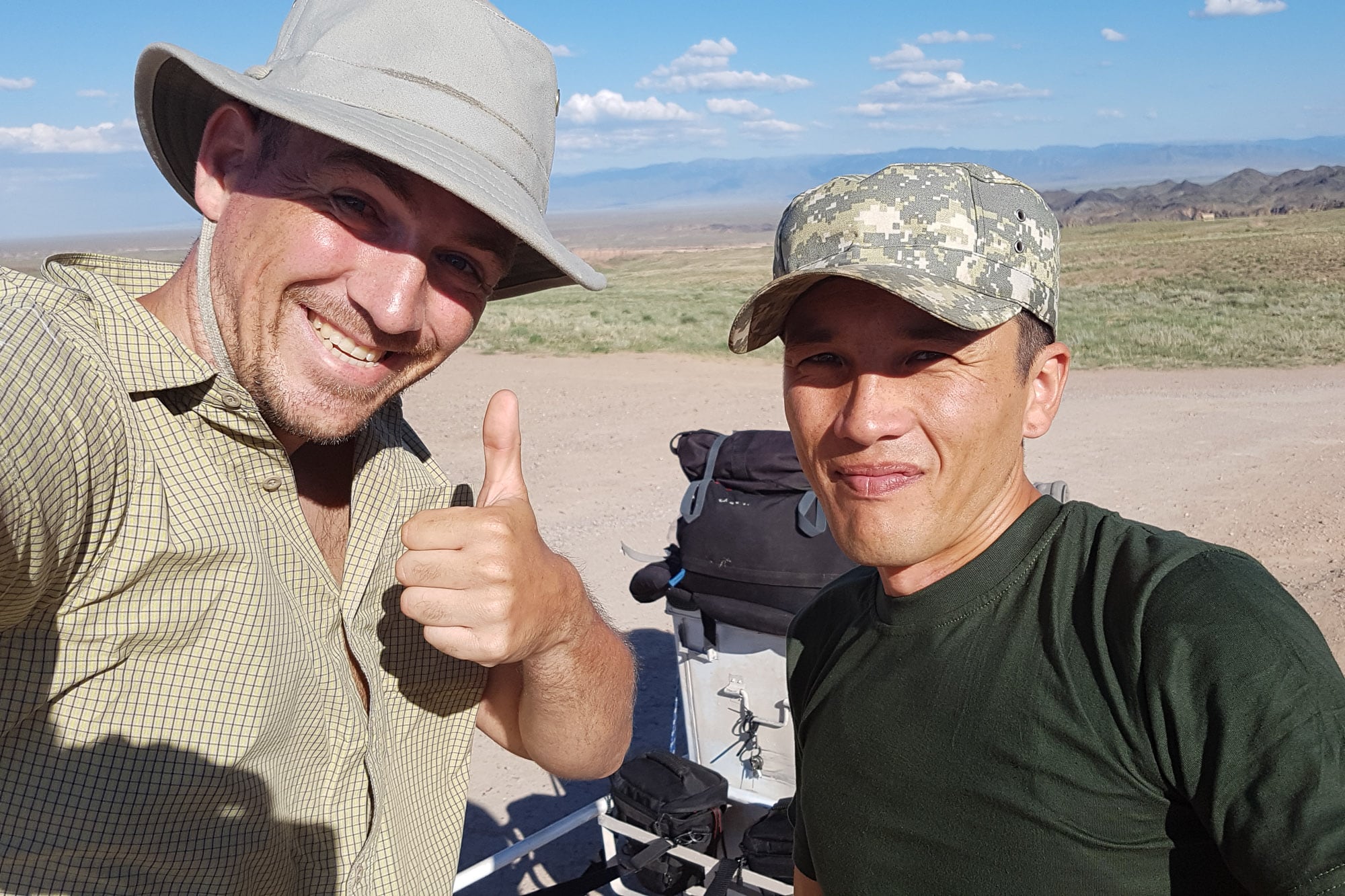 He strongly advised me against descending into the canyon though, at least not with the Caboose.

“The road is not that good.” he said.

And he turned out to be right: 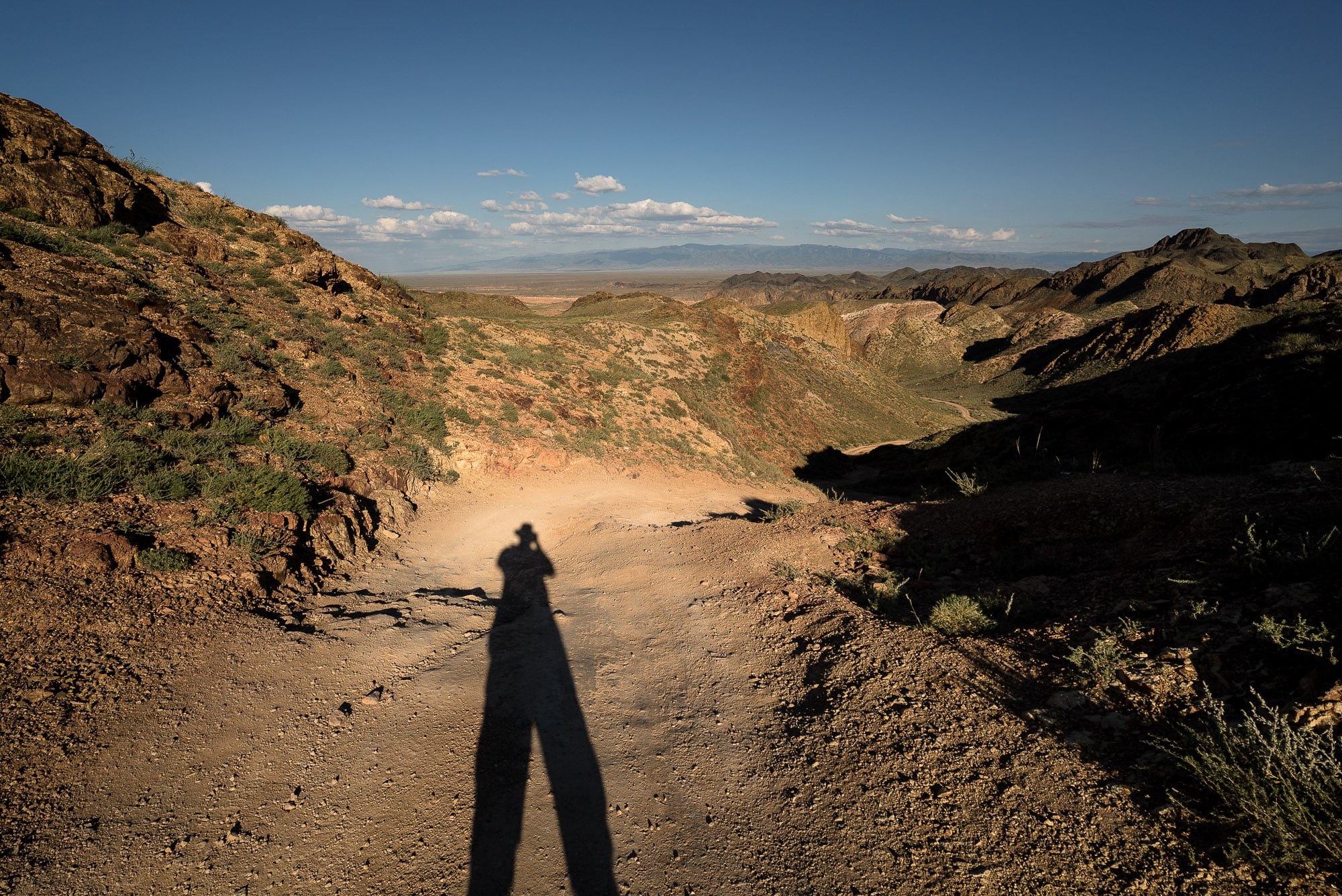 I came up with this plan where the Caboose (having no brakes) and I (having no brain) would crisscross the bad road down into the canyon, thereby avoiding gaining too much speed.

I felt terrible for the Caboose. She had been so brave all the way, and here I was subjecting her to things that she clearly didn’t like. What a selfish bastard I was!

We fell two times. But we eventually made it to a place where the road was a bit better: 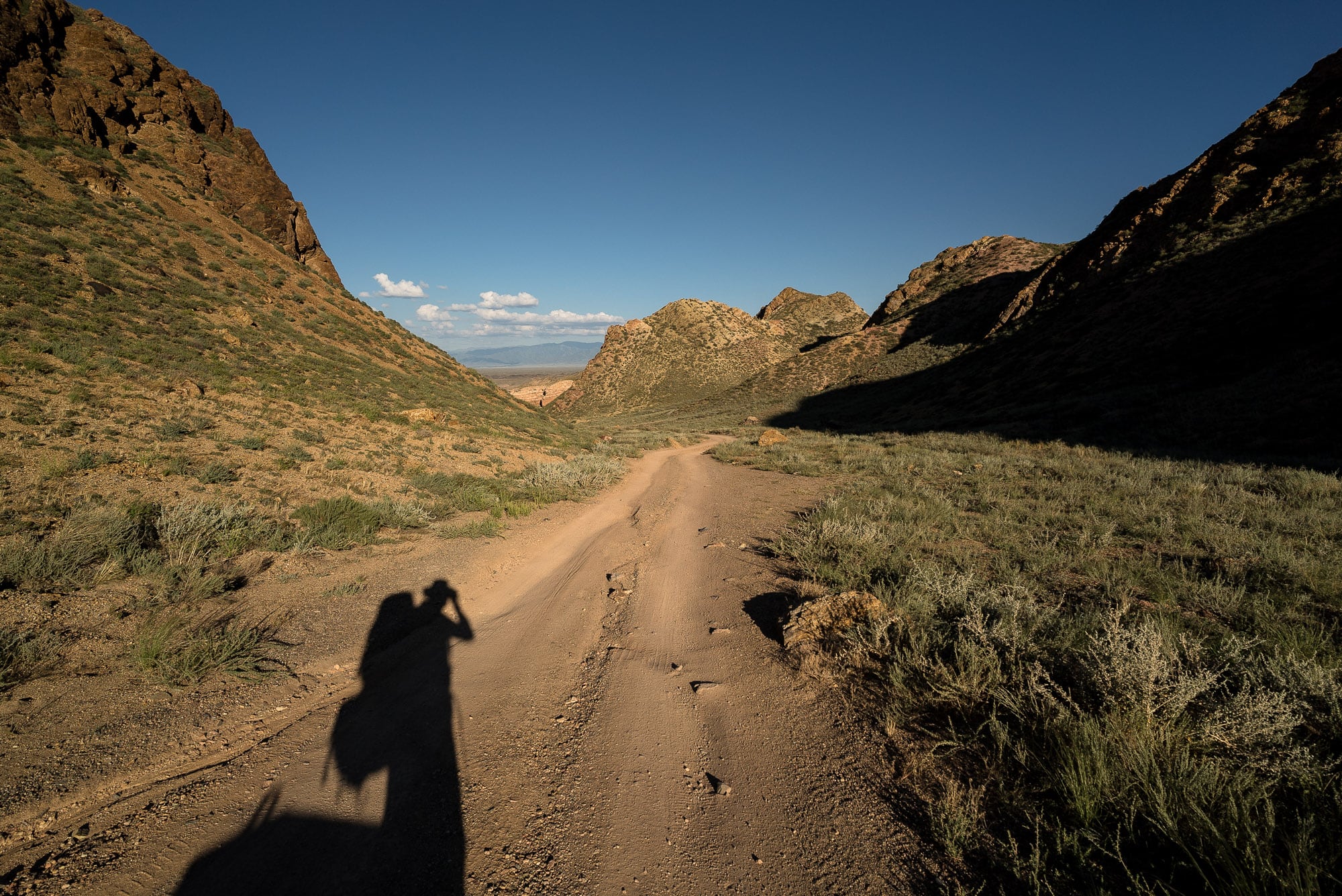 The canyon turned out to be quite nice: 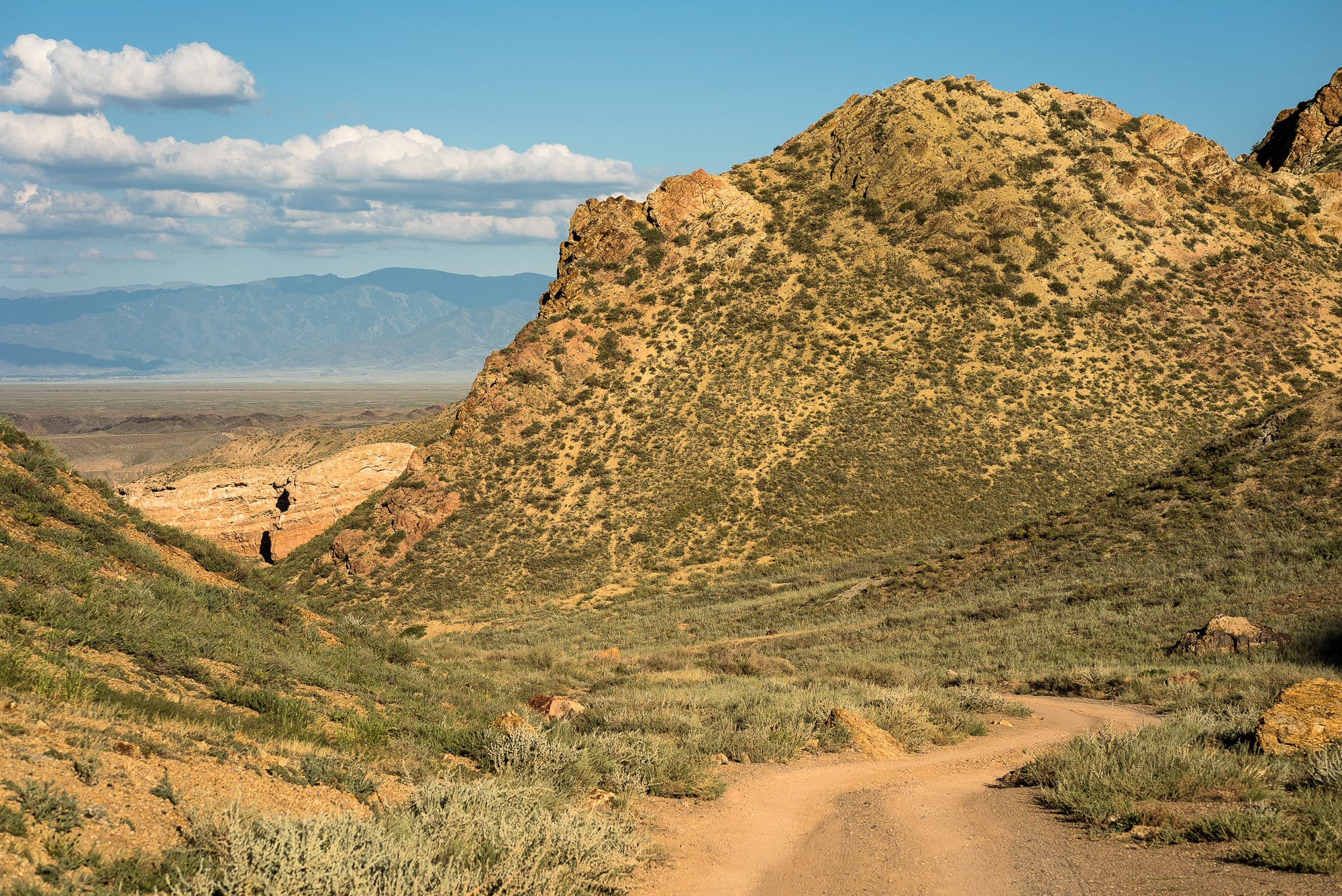 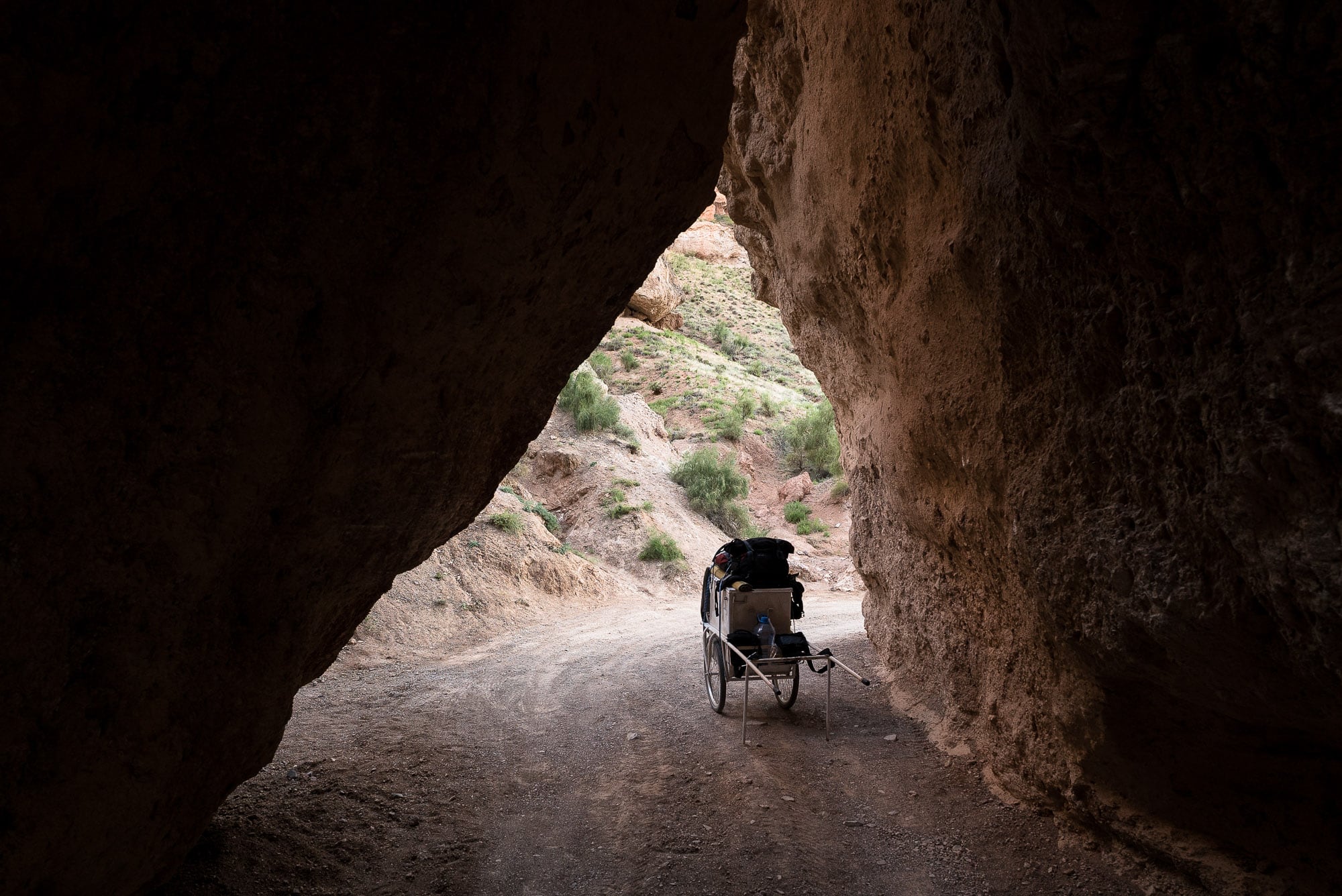 And when we got there the light was just right: 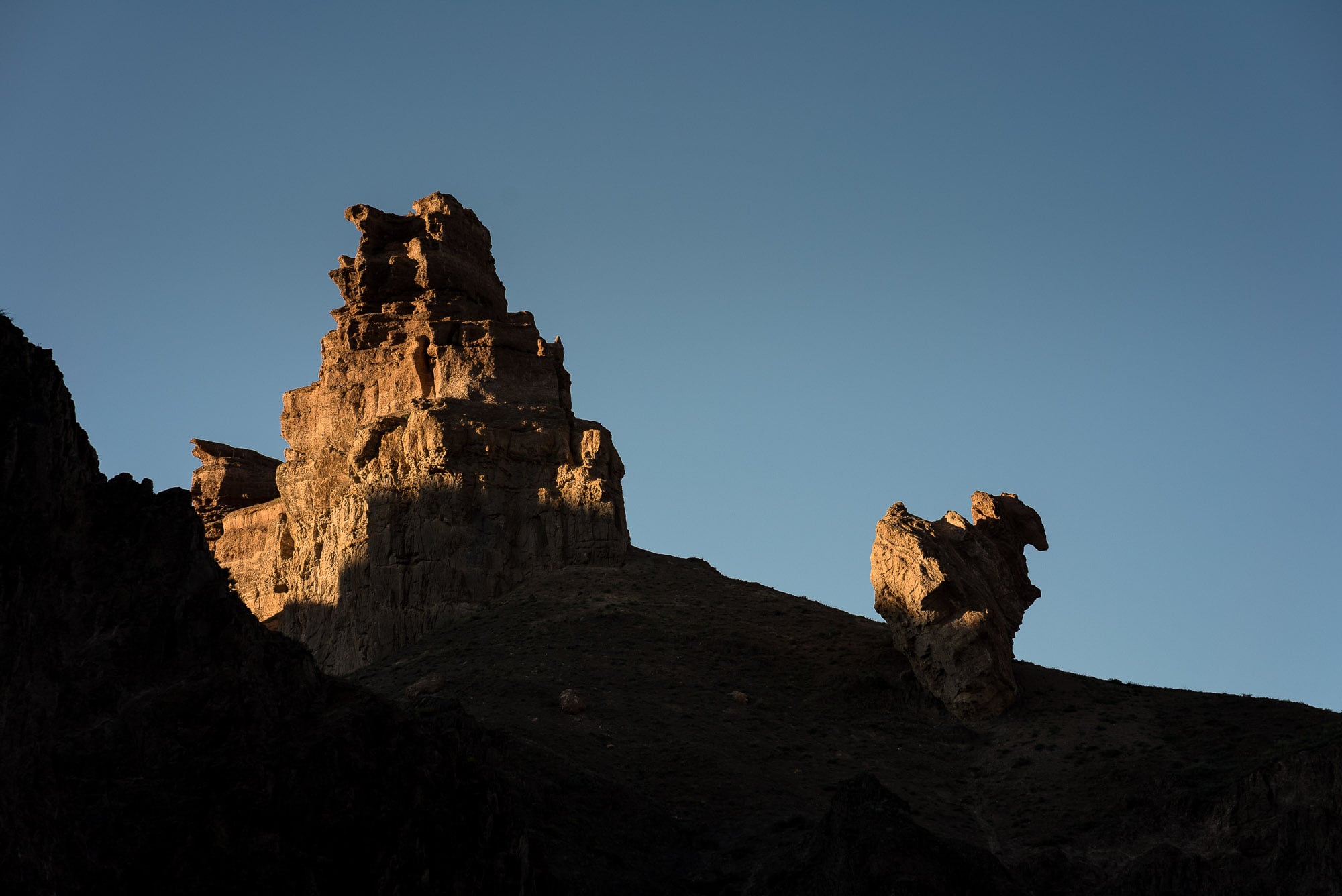 There was a sort of “eco park” at the bottom of the canyon. They rented out yurts that were a bit expensive and bungalows that were pretty cheap. I took a bungalow, then I got something to eat in a small café: 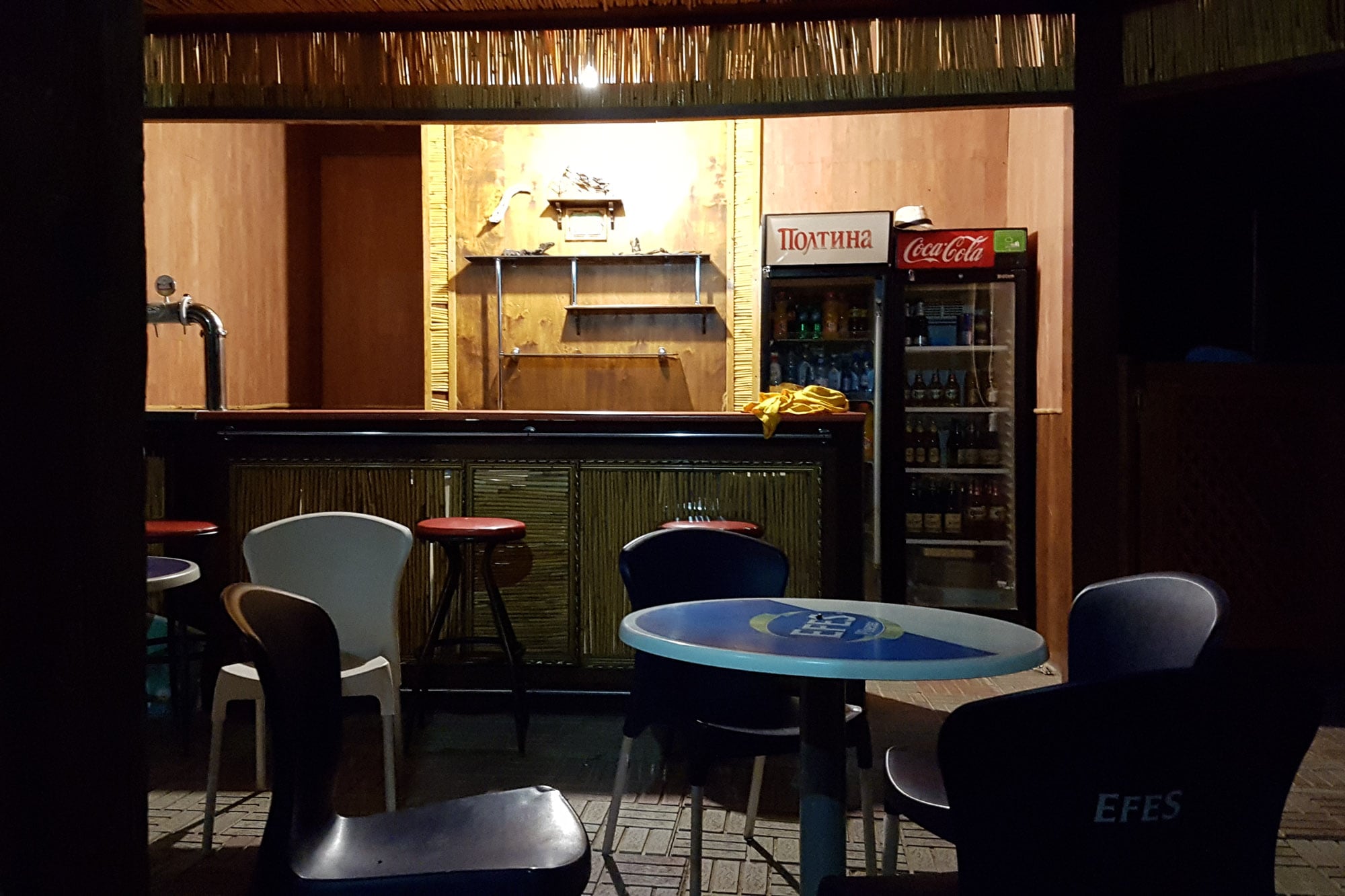 Finally, I was really in the canyon:

I decided to stay here for a few days, give the Caboose and myself time to rest and just take it easy.

It was already dark when I was done with my dinner, and all I could hear was the sound of the river and crickets all around.

That’s when I looked up: 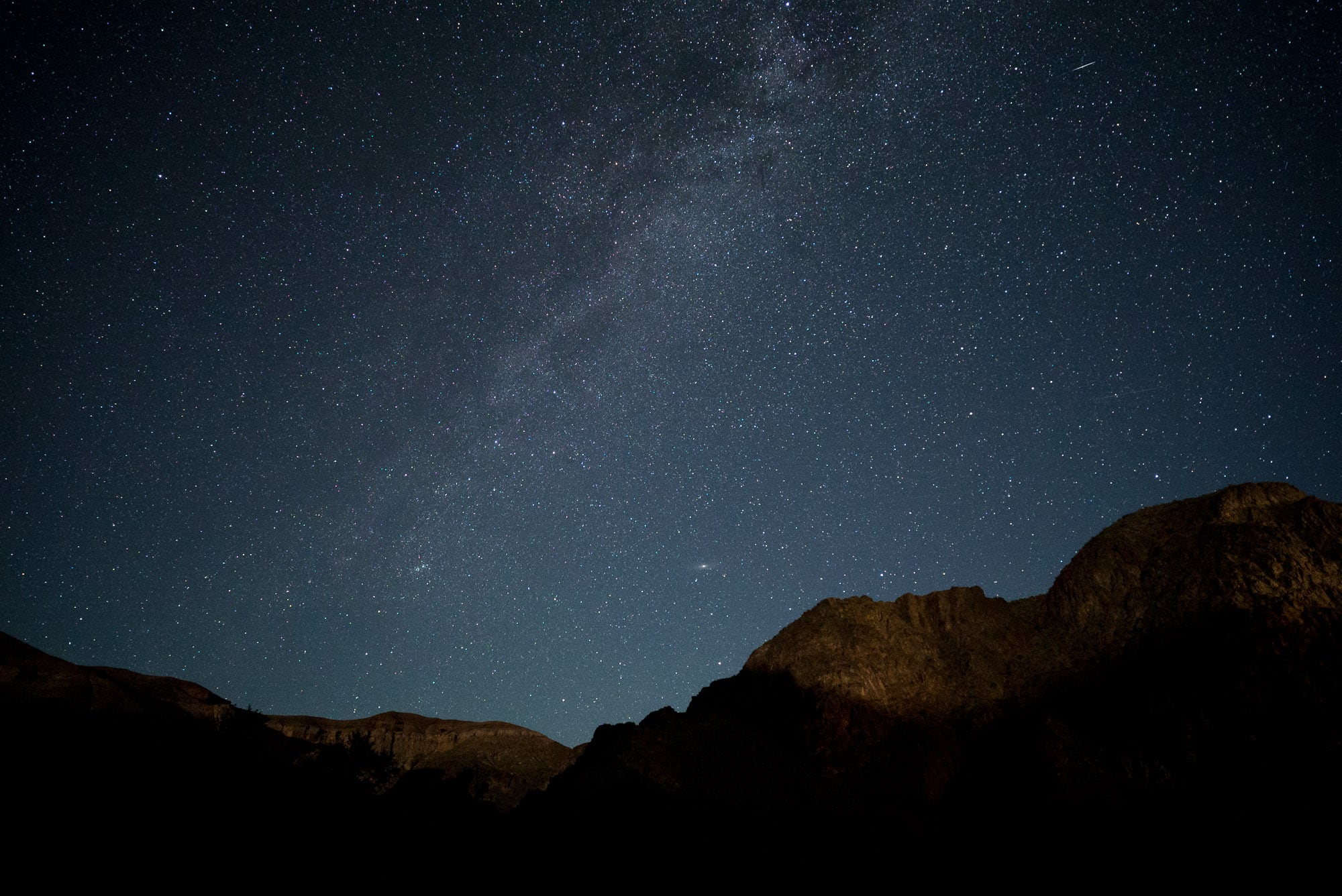 And saw the universe.