I woke up at five in the morning. I was in a small room on a sort of kang-style bed: 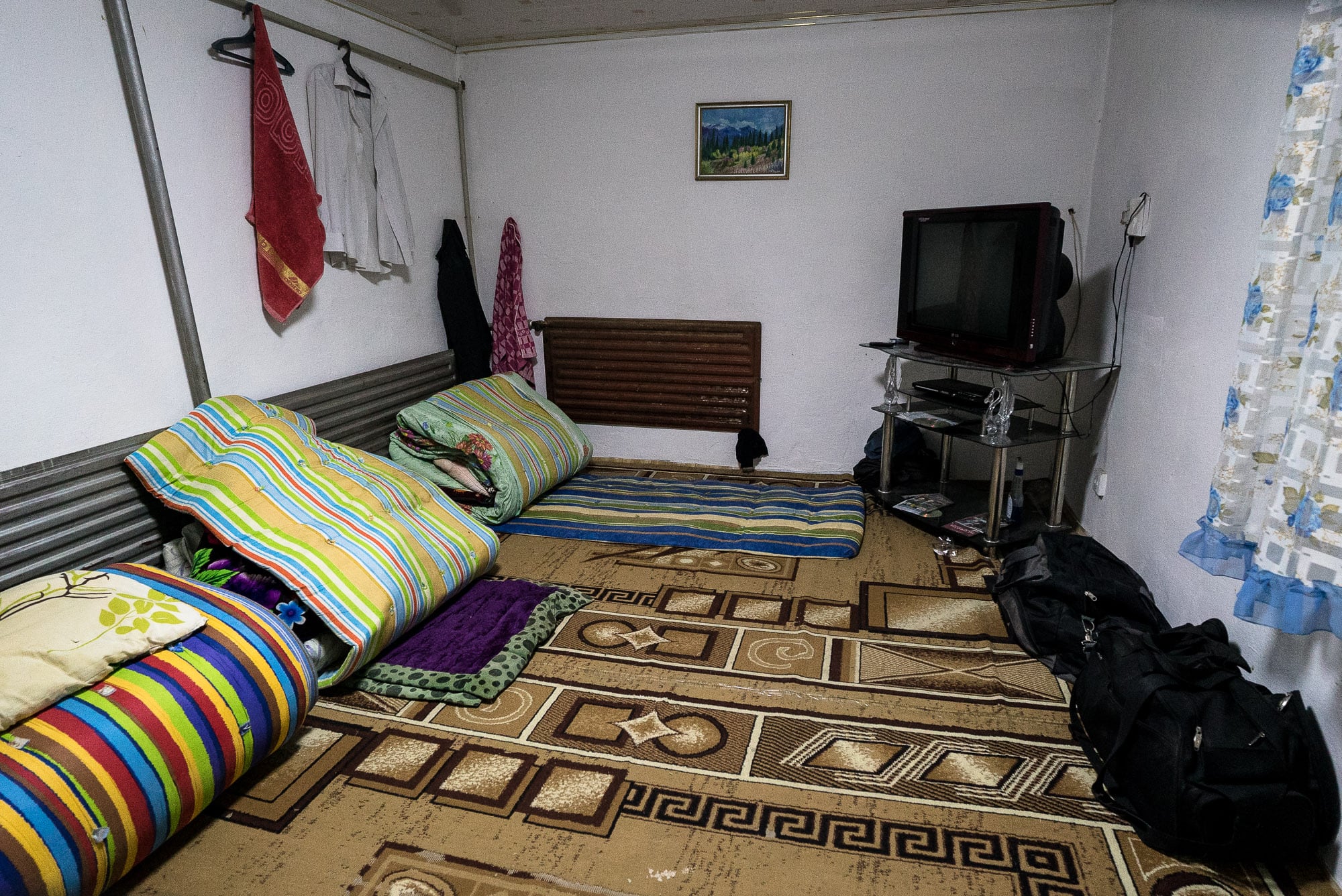 And I wasn’t alone. I had spent the night with a man who introduced himself as Jackson: 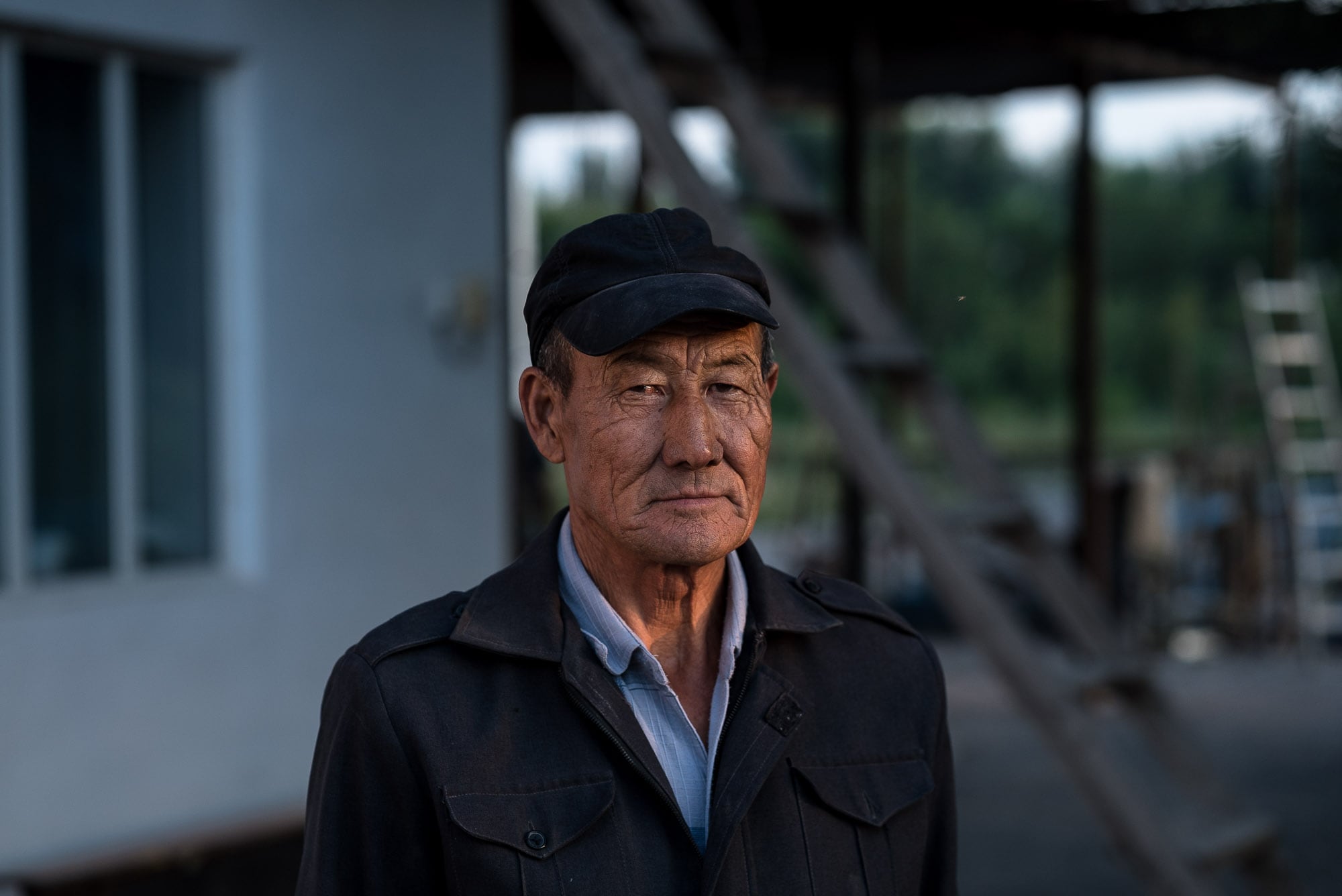 Apparently because his original name sounded a bit alike.

And Jackson had to get up early in the morning to go to work. He said something about a tractor, and I gathered that he had a construction job.

He wasn’t the owner of the place either.

The owner was this man: 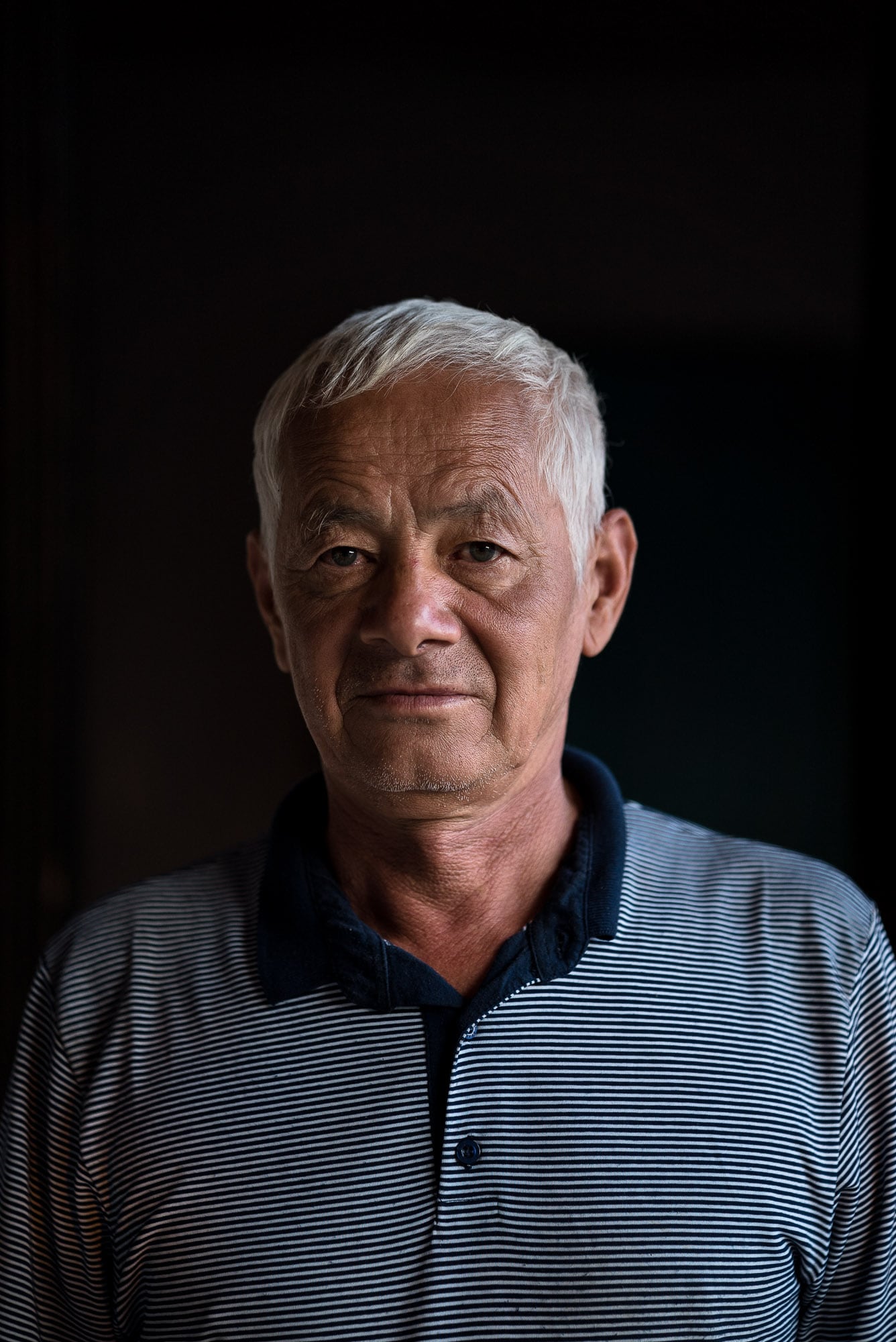 Hassen (forgive me for being unsure about the spelling). I had walked around the little village the night before when I bumped into two girls who were taking an evening stroll.

“Does this place have a guesthouse?” I asked them.

But after asking around a bit more they took me to a house and left me there. Hassen lived there, they said, and Hassen might have a room.

I knocked on a window, and first Jackson came out (“My name is Jackson.”), and then Hassen appeared. Everyone was a bit at a loss at what to do with me.

“Why don’t you guys just stay in this room together?” Hassen said eventually. He was going to spend the night in a back room anyway.

Kazakh people had been telling me about how there were supposed to be a lot of evildoers in their country. I hadn’t met any, though. Everyone had been nice and friendly to me from the moment I entered the country.

I said goodbye to Hassen and Jackson, then I got back on the road:

It was a long straight road: 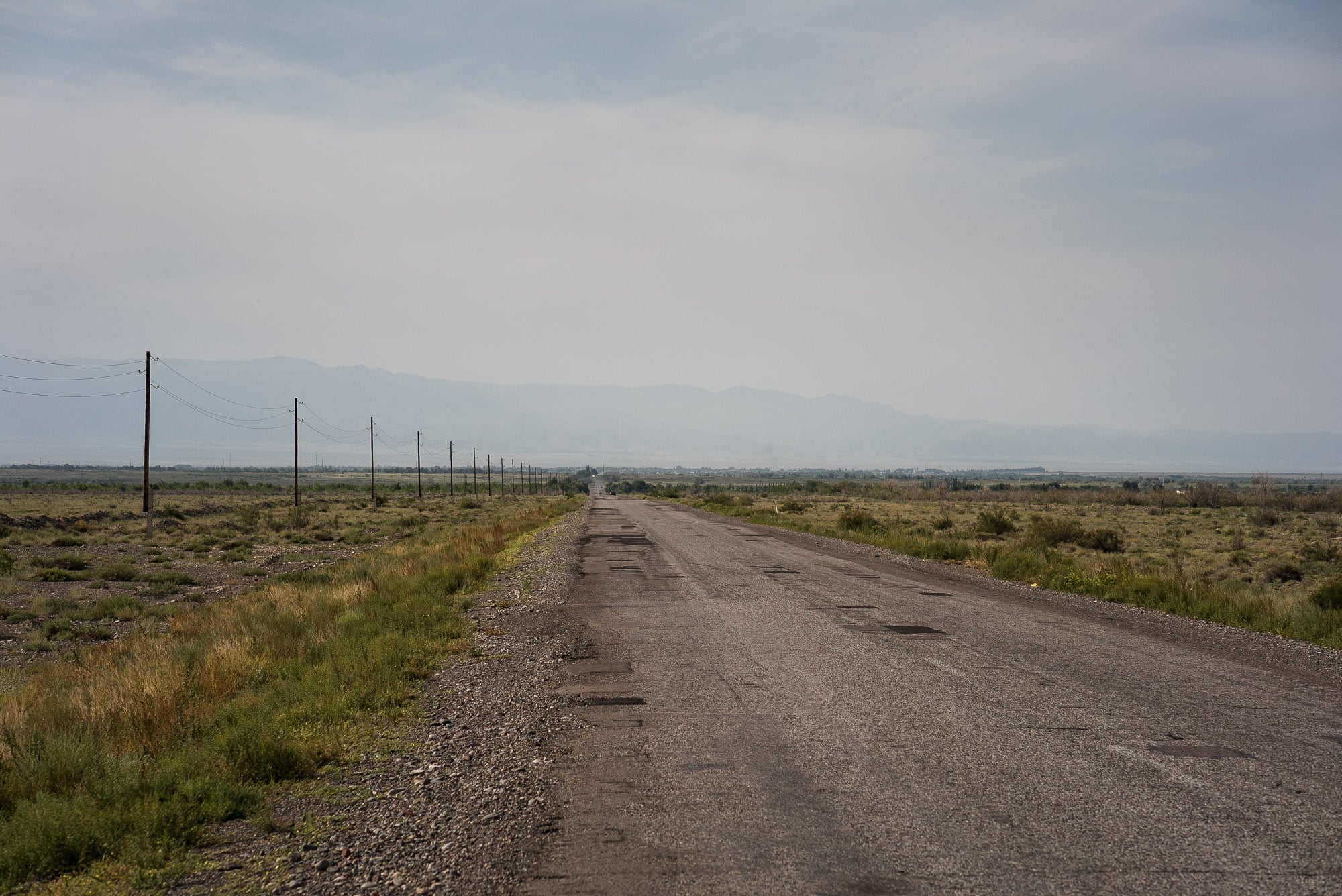 And I was tired as hell.

One time I stopped for a long break at a melon stand: 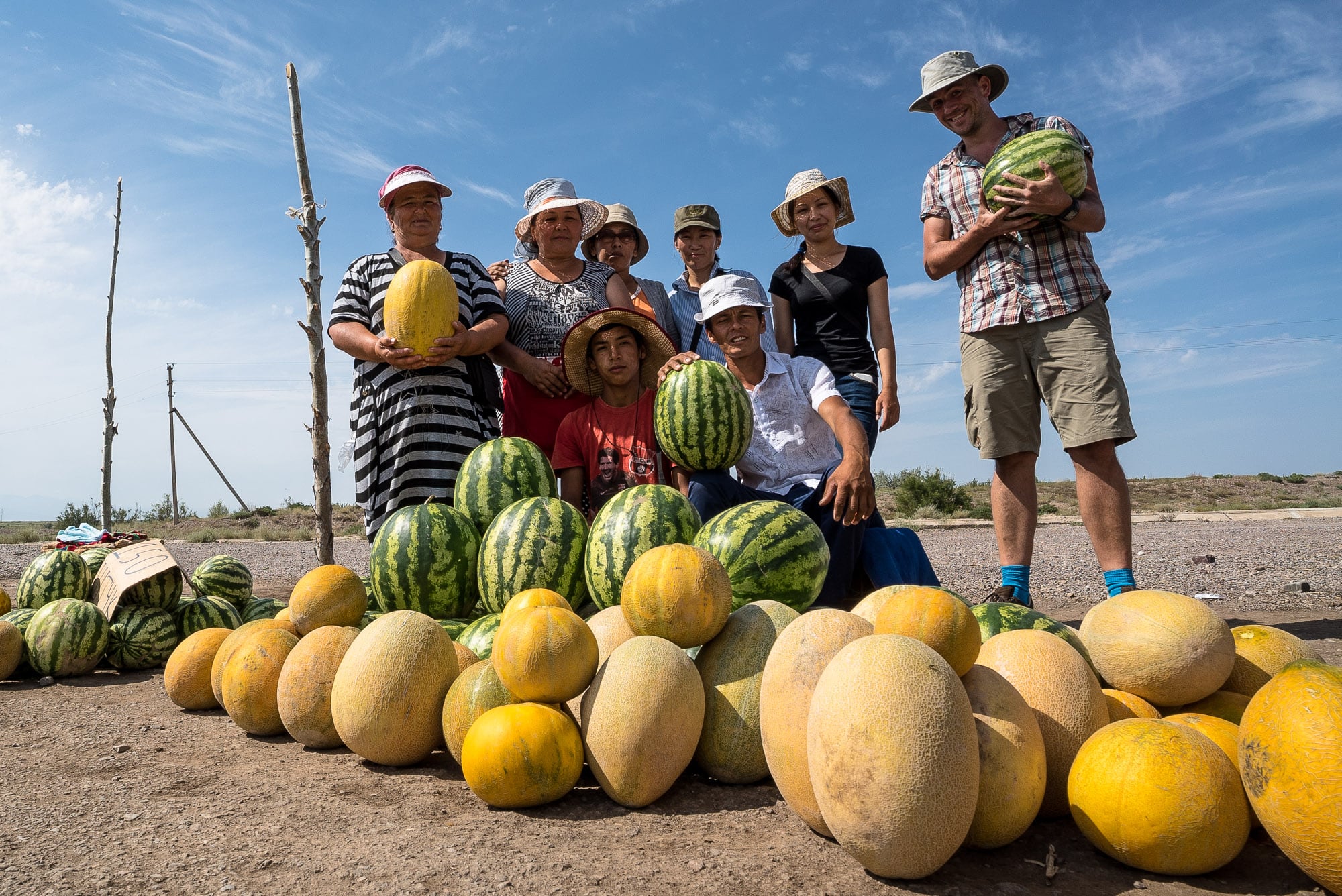 The owners told me they were Uyghurs, and that this part of Kazakhstan was Uyghur land. They gave me a melon and some grapes for free, and when we had taken our photos together they said: “Why don’t you just send them to us via Whatsapp?”

And then I returned to walking: 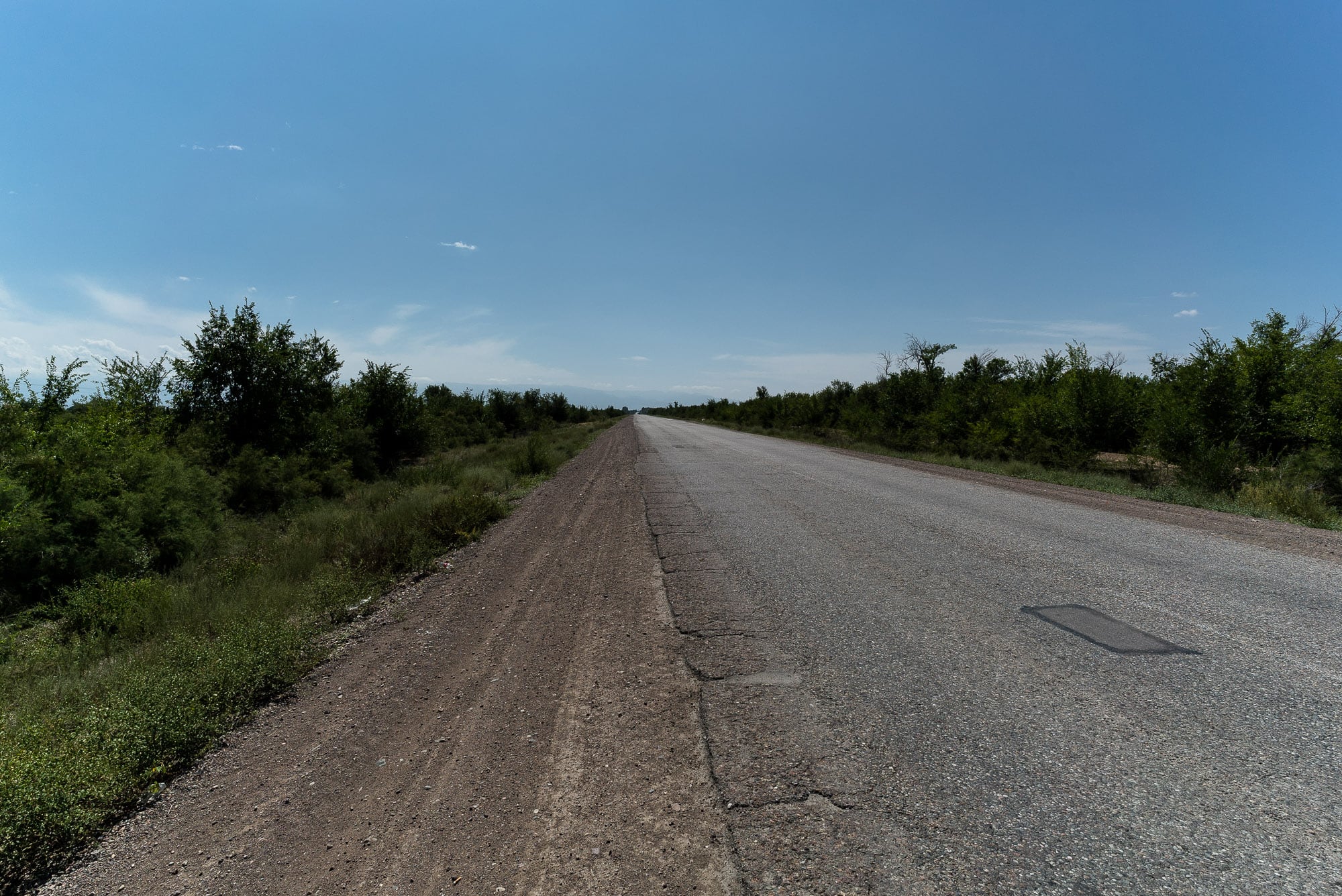 It was awful. Sometimes I would notice someone who hadn’t made it. A dog, a cat, or this poor creature: 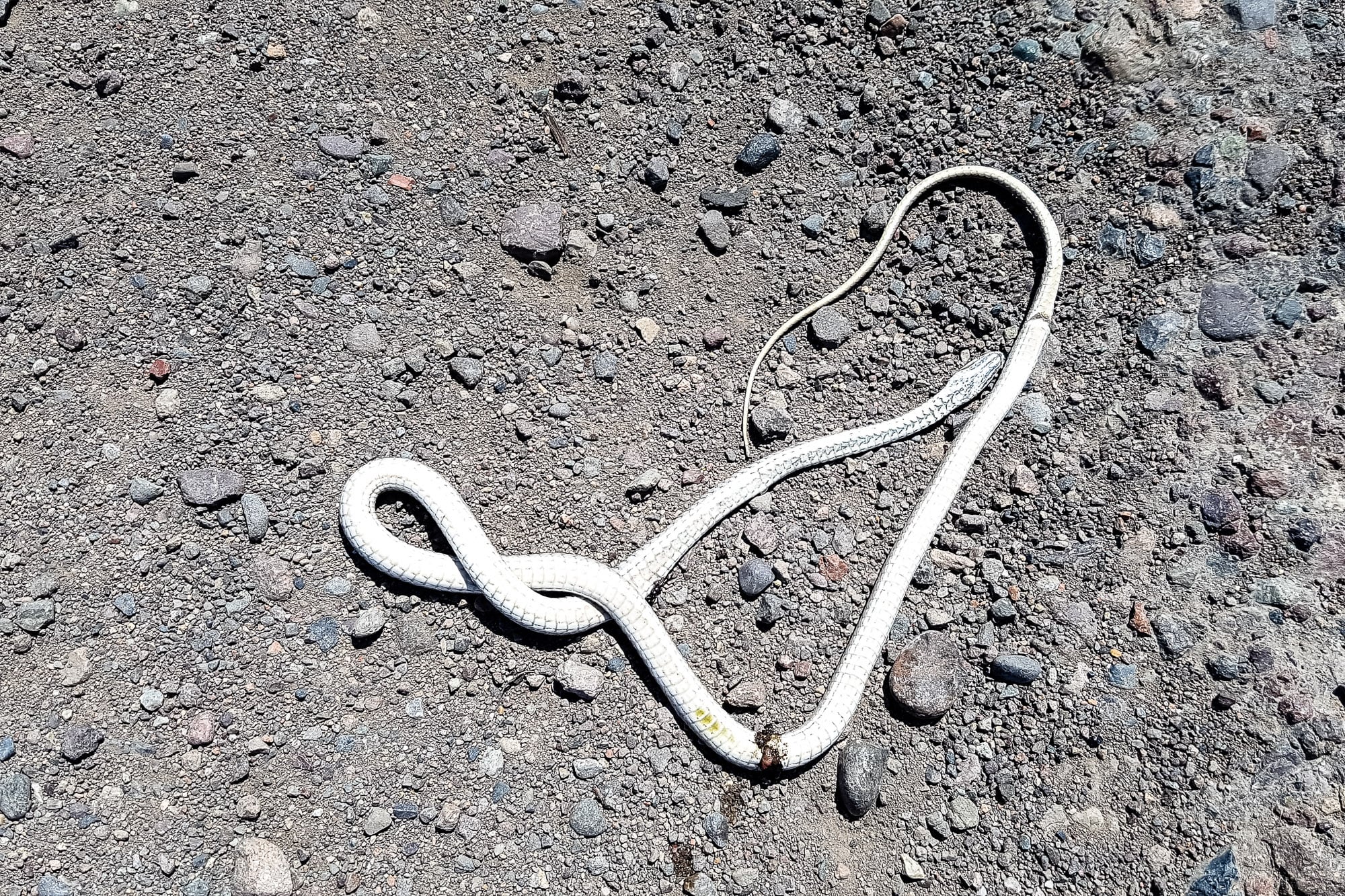 One time I curled up in the corner of a bus stop because it was so hot: 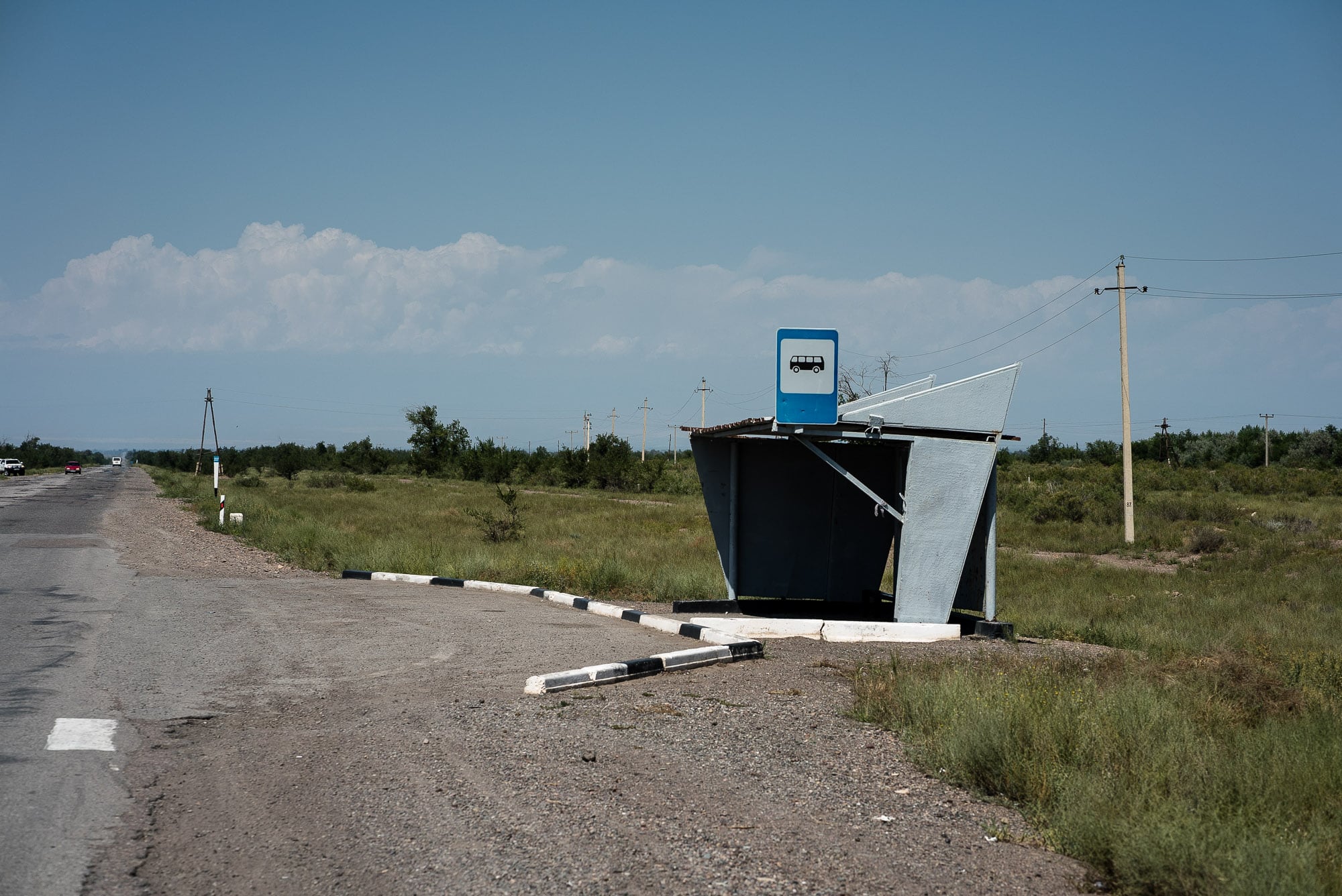 But then I eventually made it to the city. Or should I say: to the settlement.

A few boys on bikes kept me company during the last few kilometers: 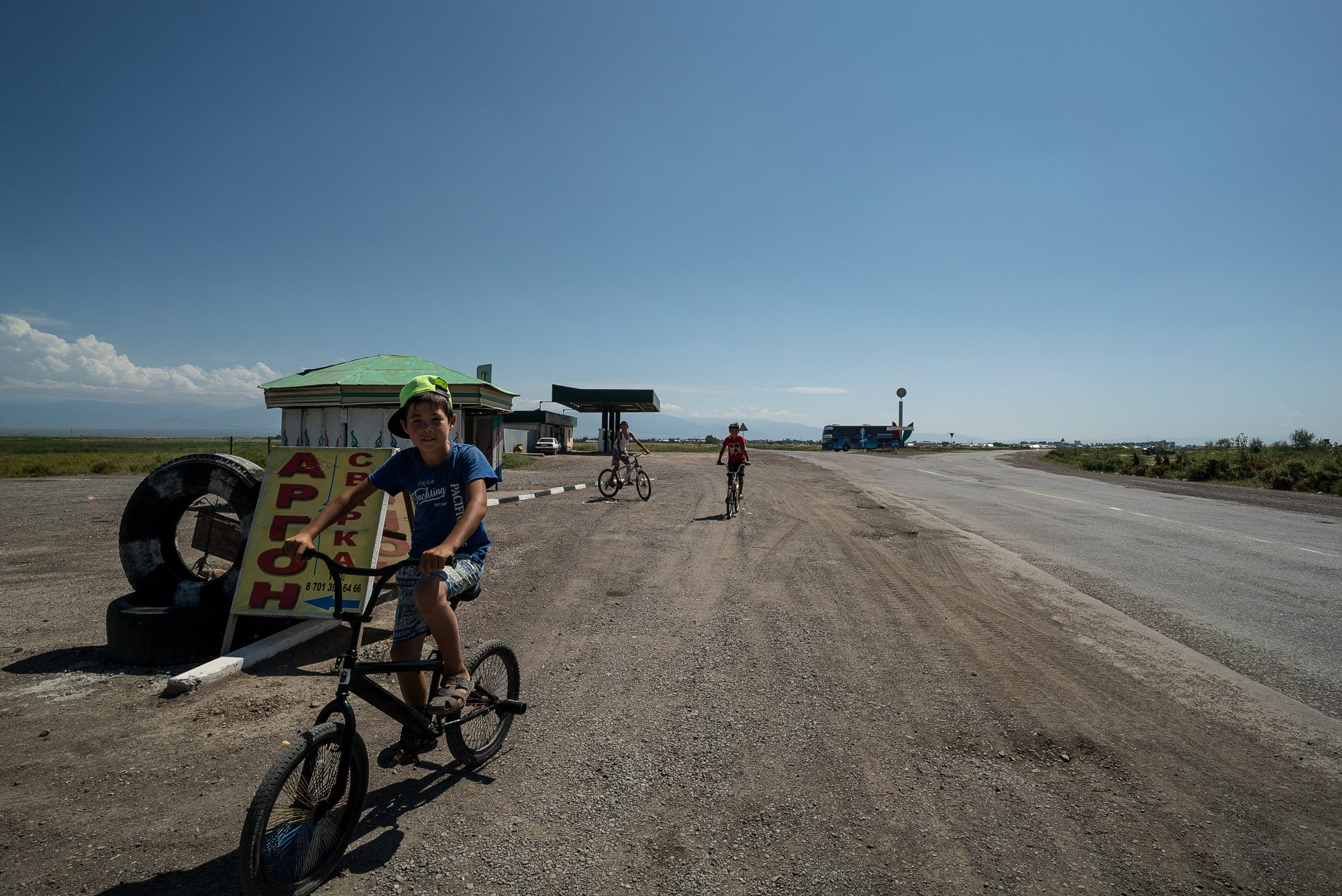 They were nice, but one of them had this weird habit of constantly asking for money, which for some reason made me feel a bit uncomfortable. I wanted to stop in a shop and buy some cold lemonade for all of us. But once I arrived there they had already left.