When I got up this morning, I figured I’d do a bit more walking than the day before: 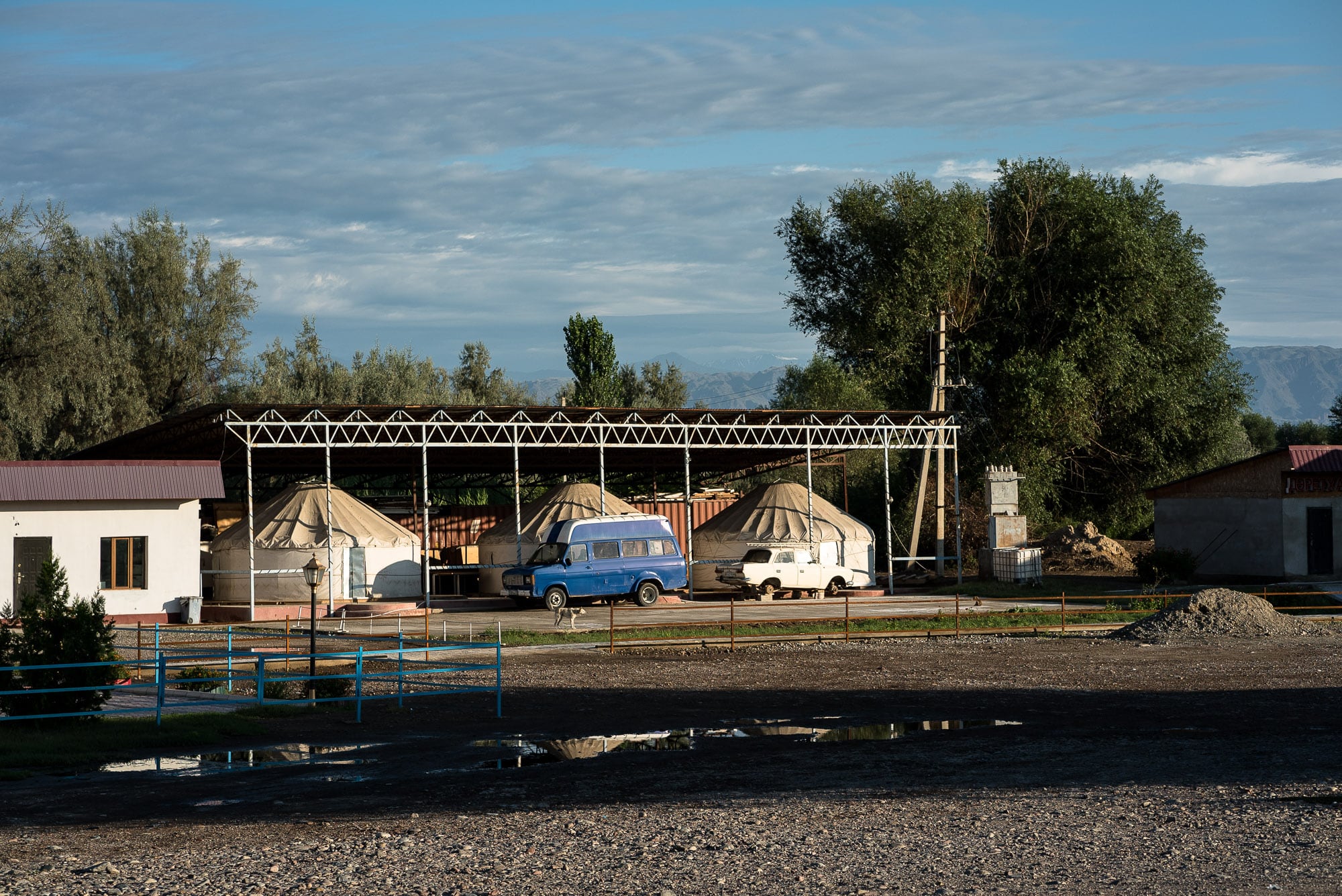 It was easy at first: 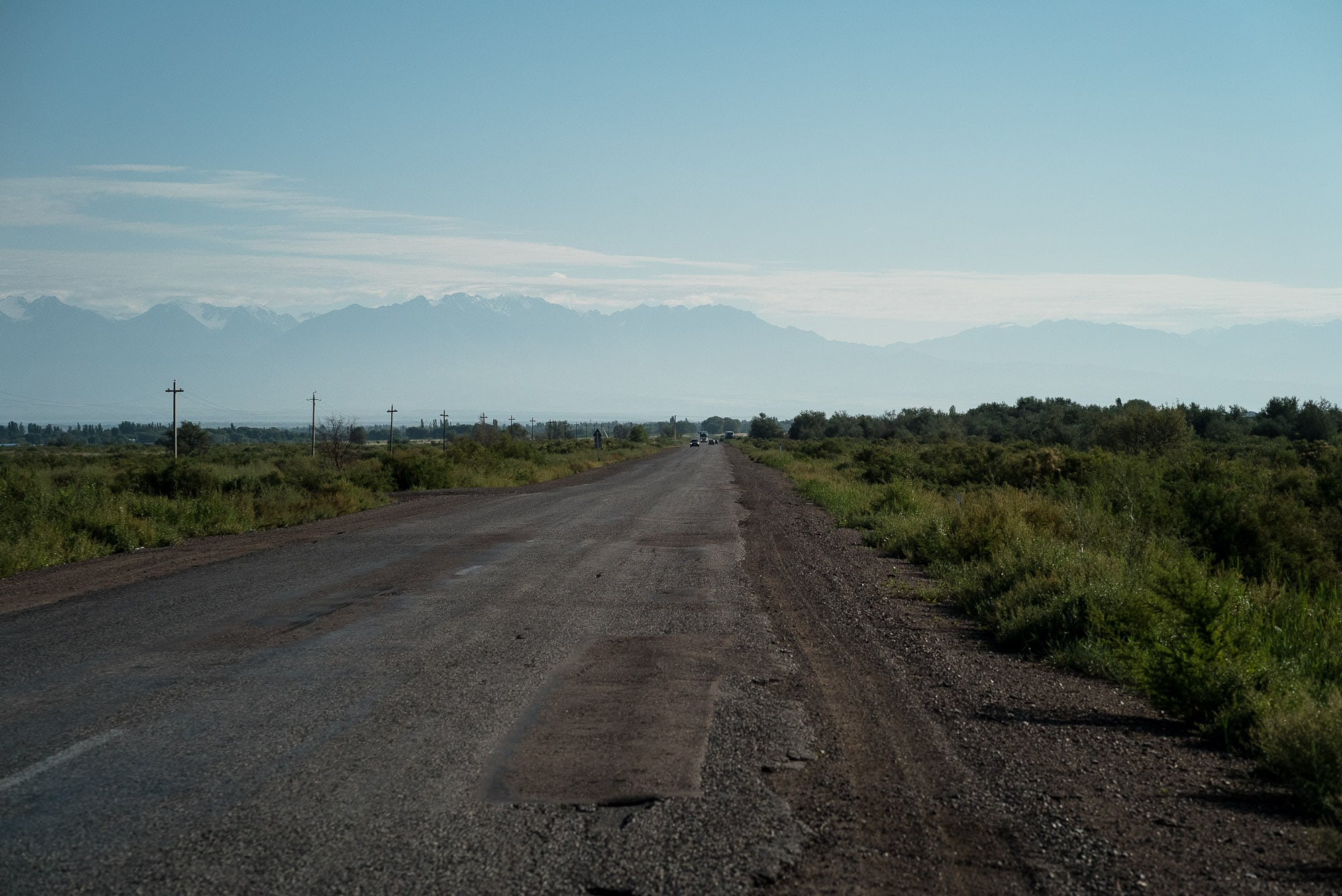 I walked a light 20km, and I basically felt invincible. There were no villages. One time these two serious-looking guys stopped just to give me a lollipop: 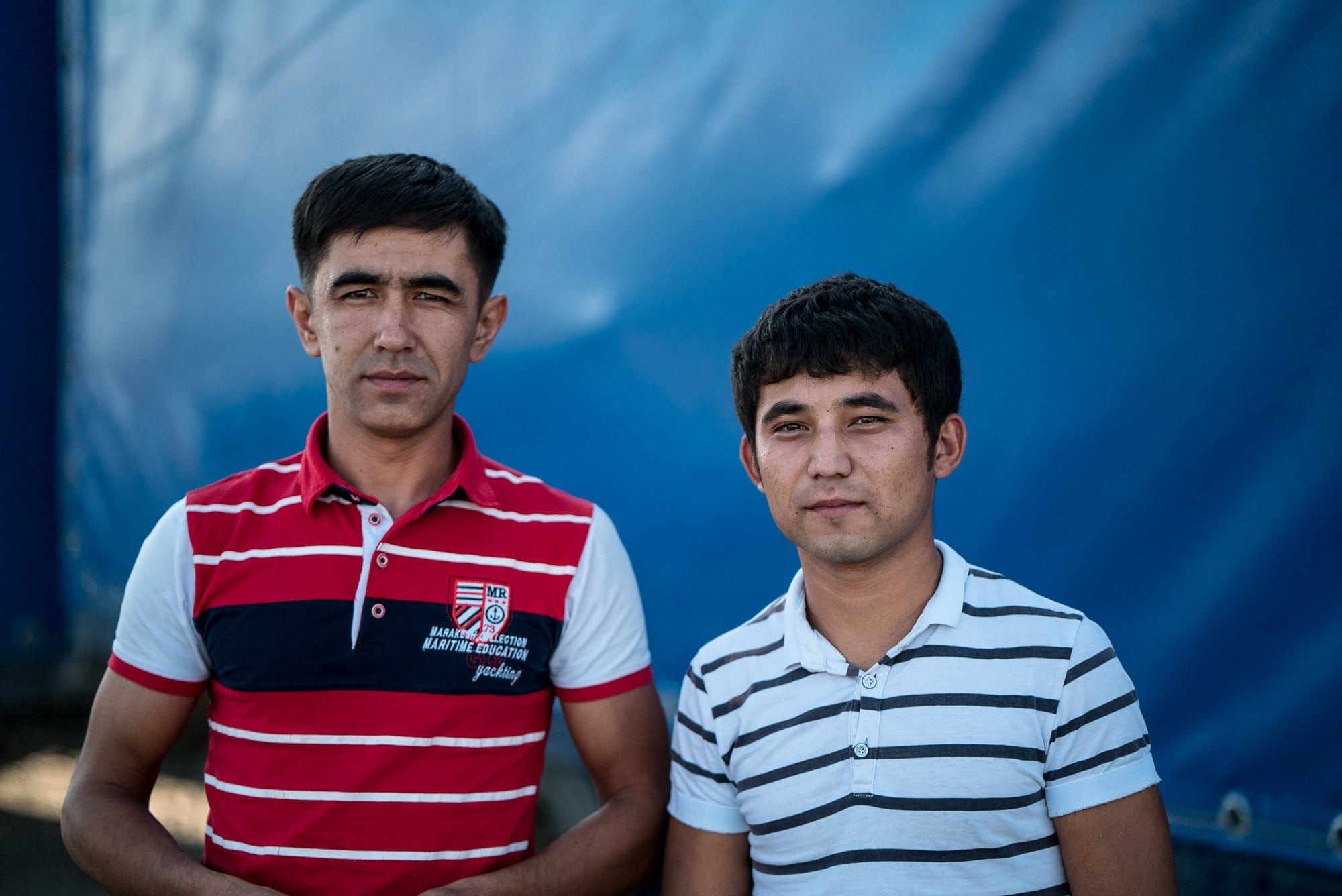 I offered them some of the cookies I had in my backpack, then I kept walking until I got to this place: 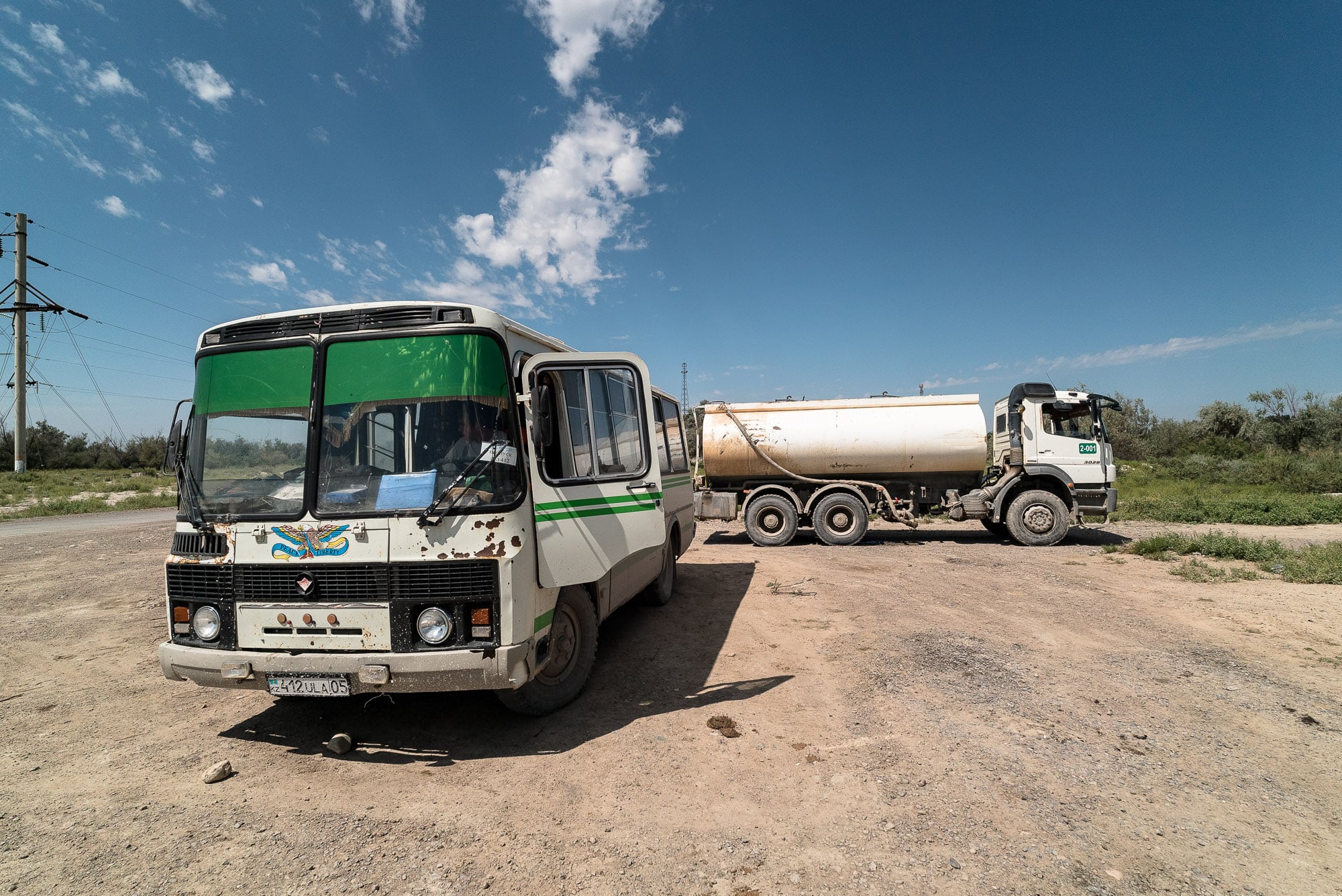 A bunch of cars and trucks parked around a house. I parked the Caboose between them and went in to investigate: 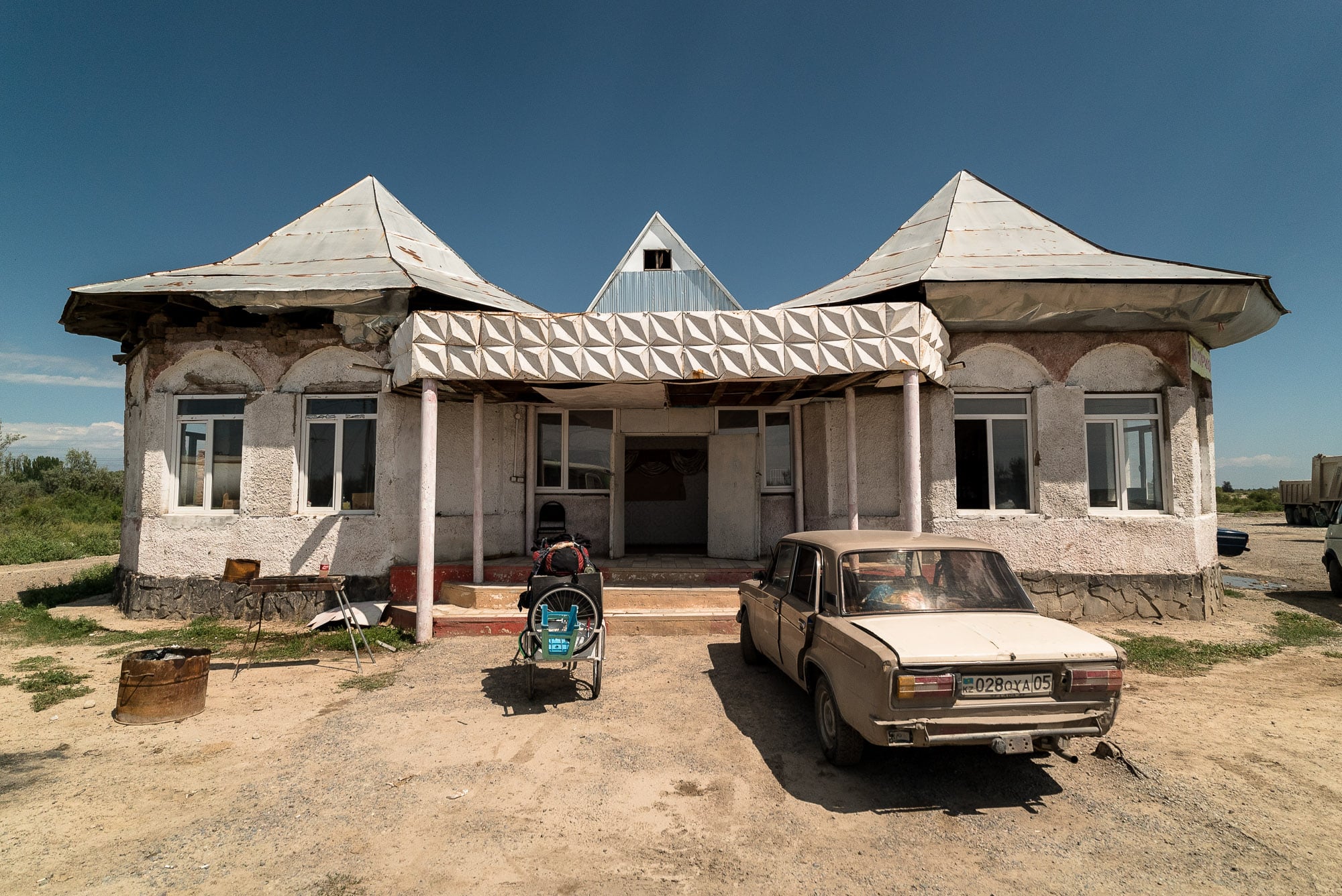 It was a food place with an attached shop. I wasn’t hungry, so I just got some water and a coke.

The people in the place thought I was funny to be walking around here. They went on to warn me about the road conditions ahead. They turned out to be right, of course.

I kept walking and reached a large bridge: 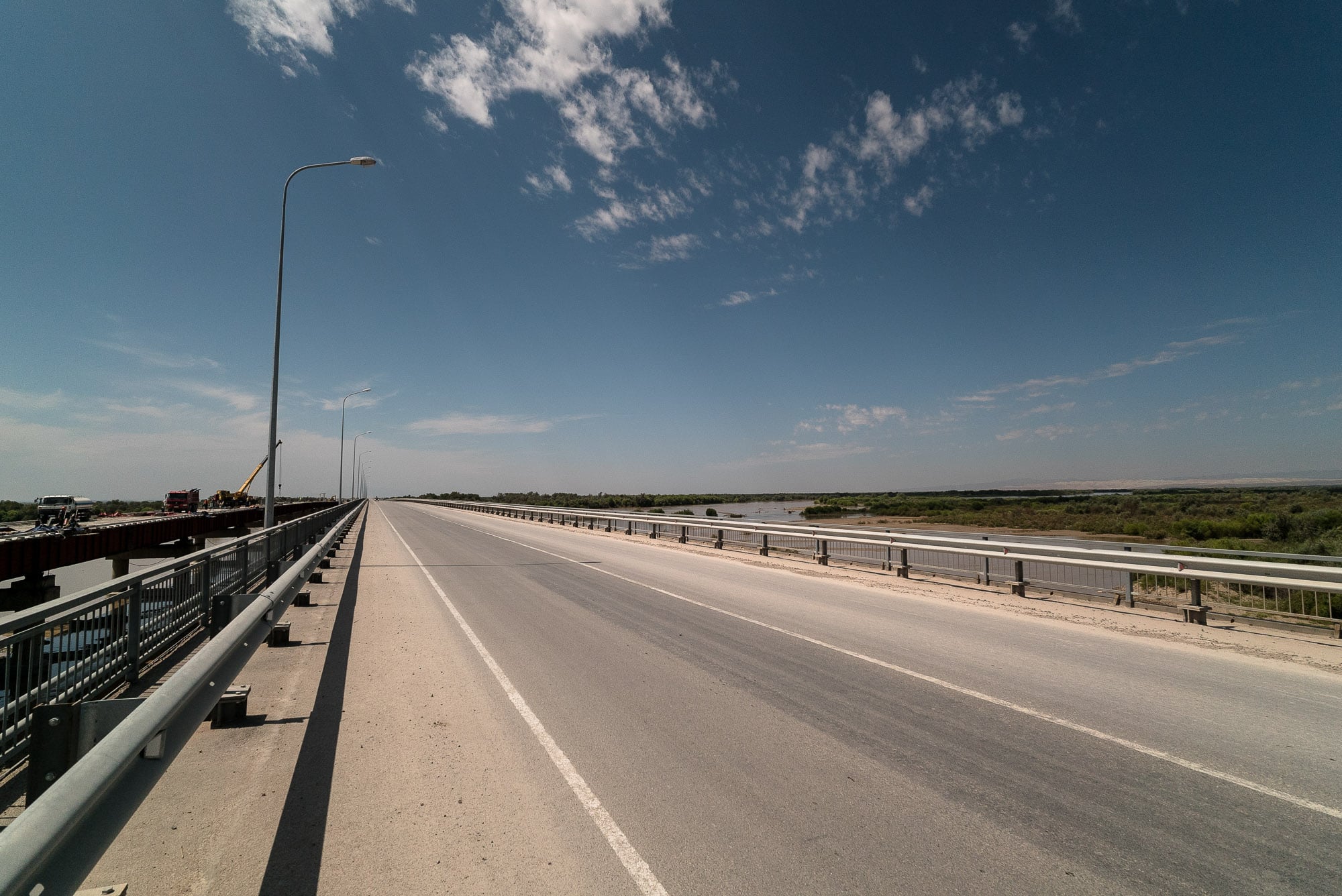 It went across the Ili River which I had seen (or not seen) once before in Yining. 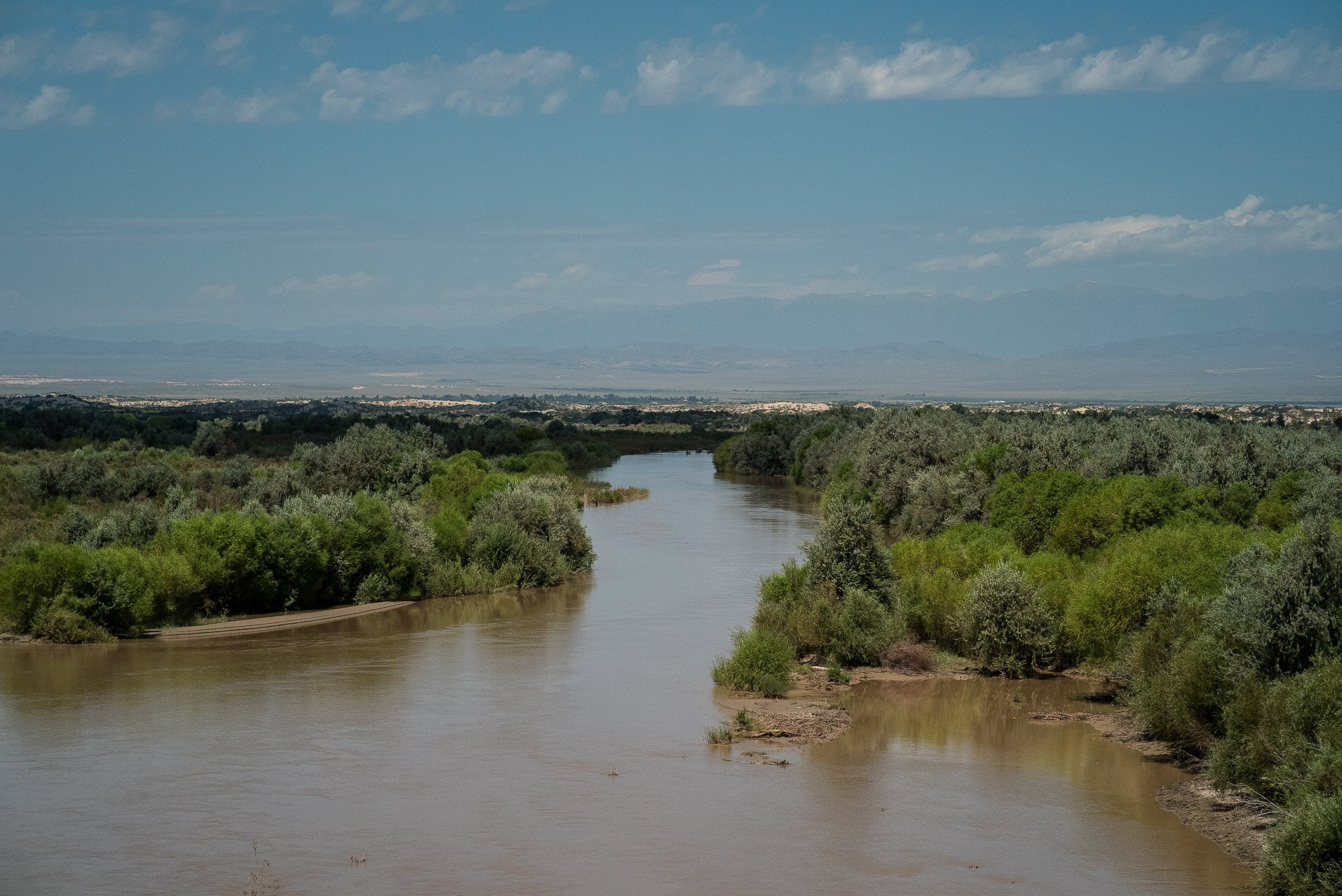 Then I ran into Thomas and his friend, both from Germany, both riding their motorcycles across Central Asia: 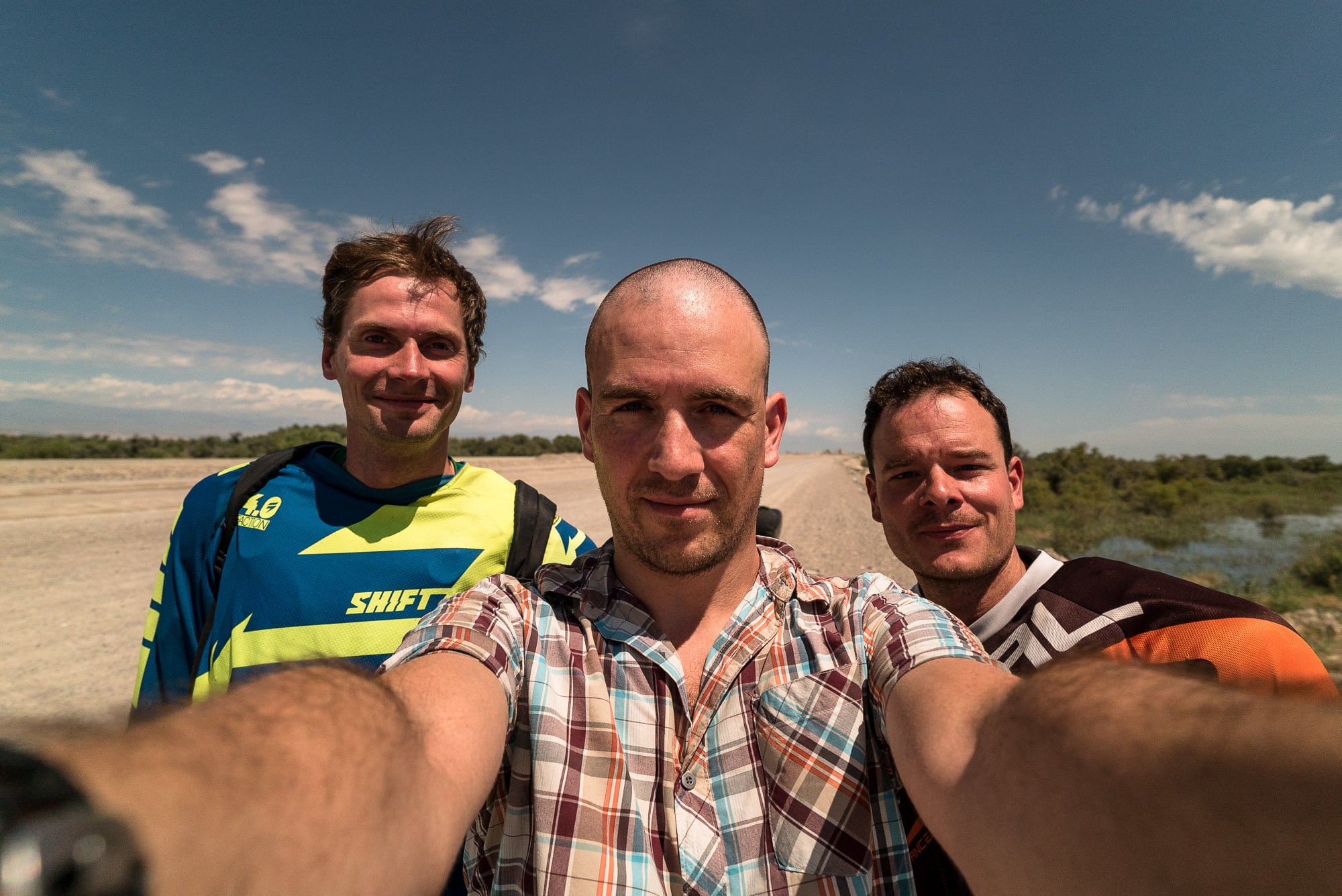 We all knew that there was no real answer.

We went our ways, and I found a resting place under a tree: 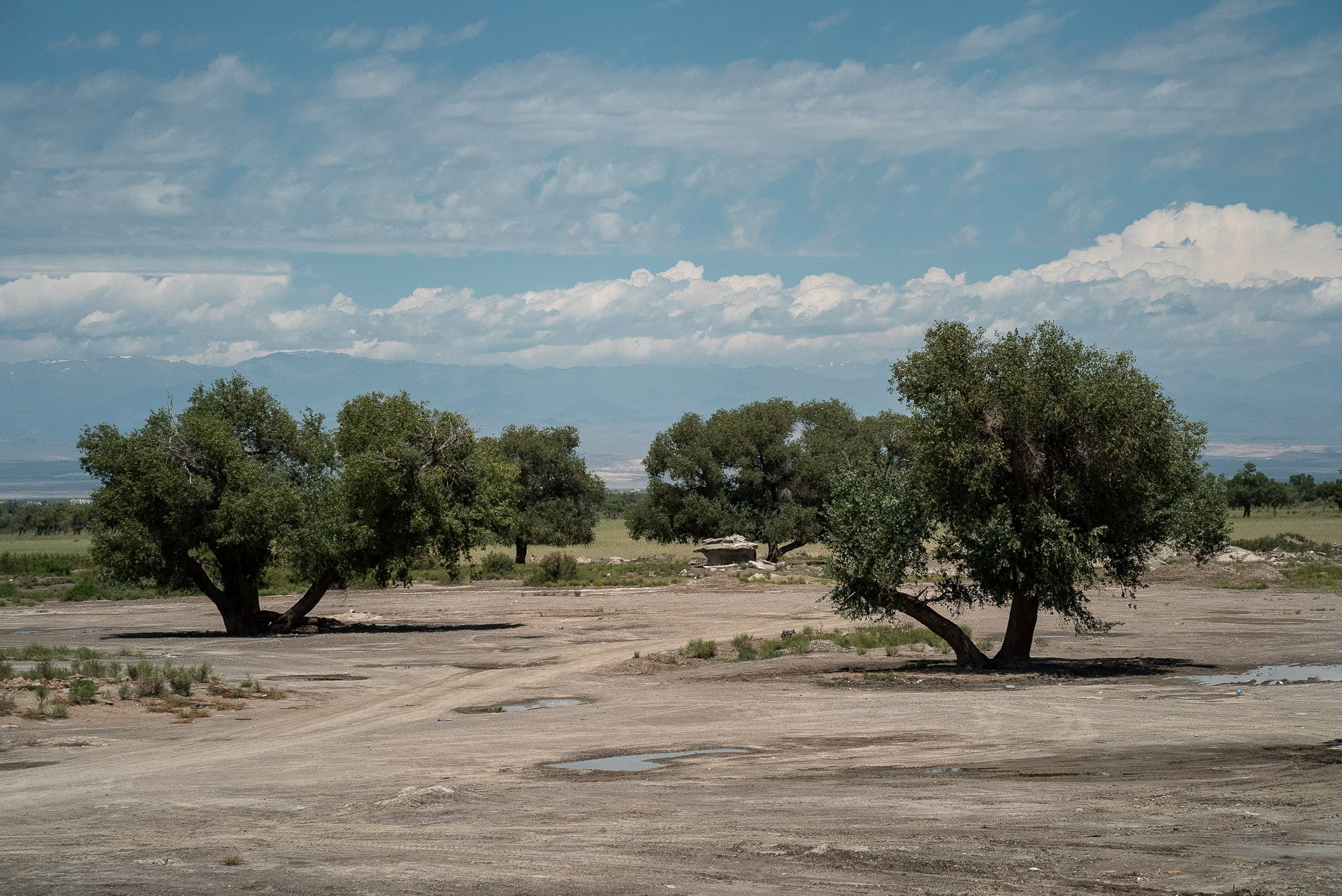 There were some ants and mosquitos, but it was all good:

I stayed there for a few hours, trying to get some sleep (which I somehow couldn’t), then I got back onto the road, which was basically one long construction site: 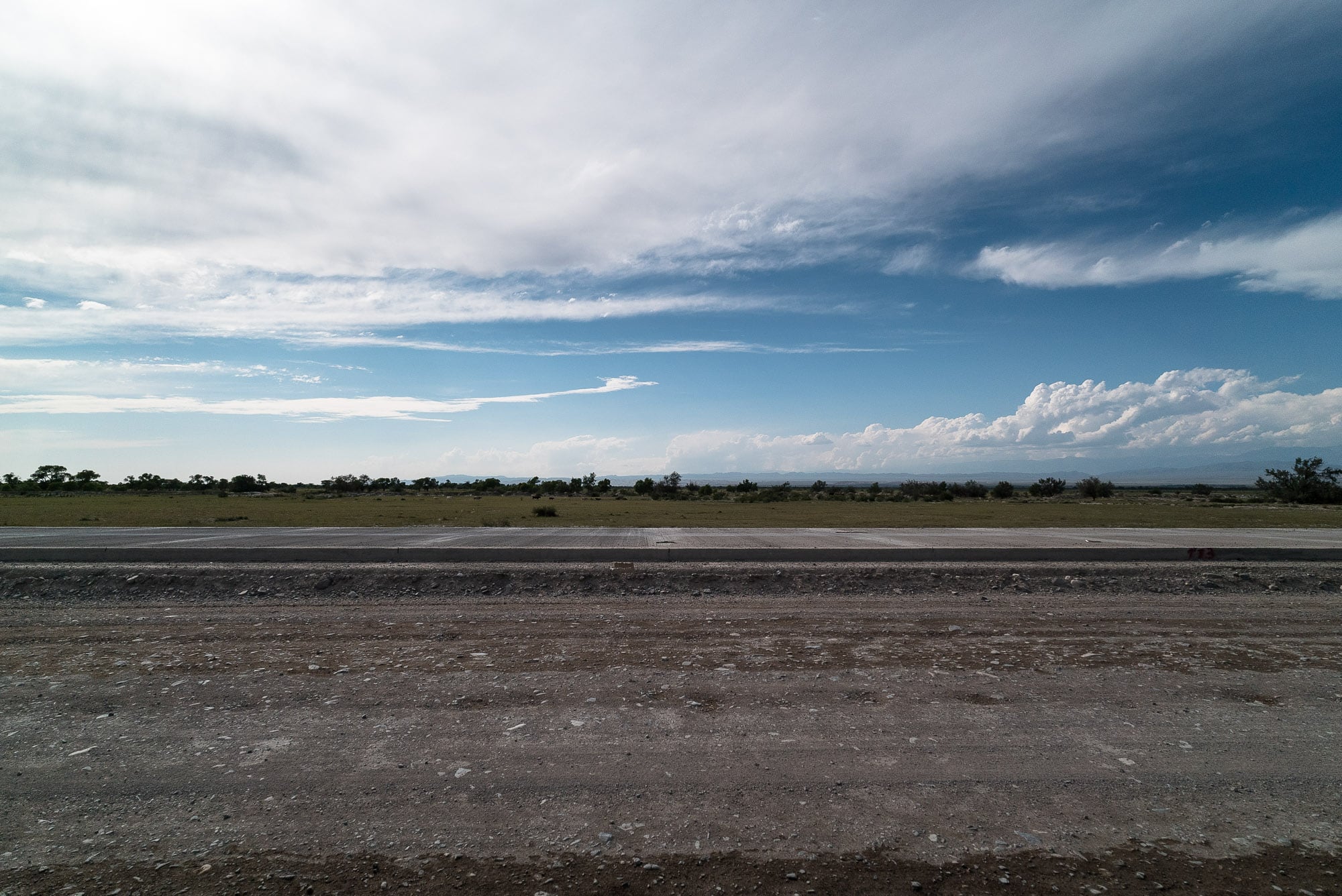 I figured I would walk for two or three more hours and then just pitch my tent somewhere, but there were shrubs on both sides of the road: 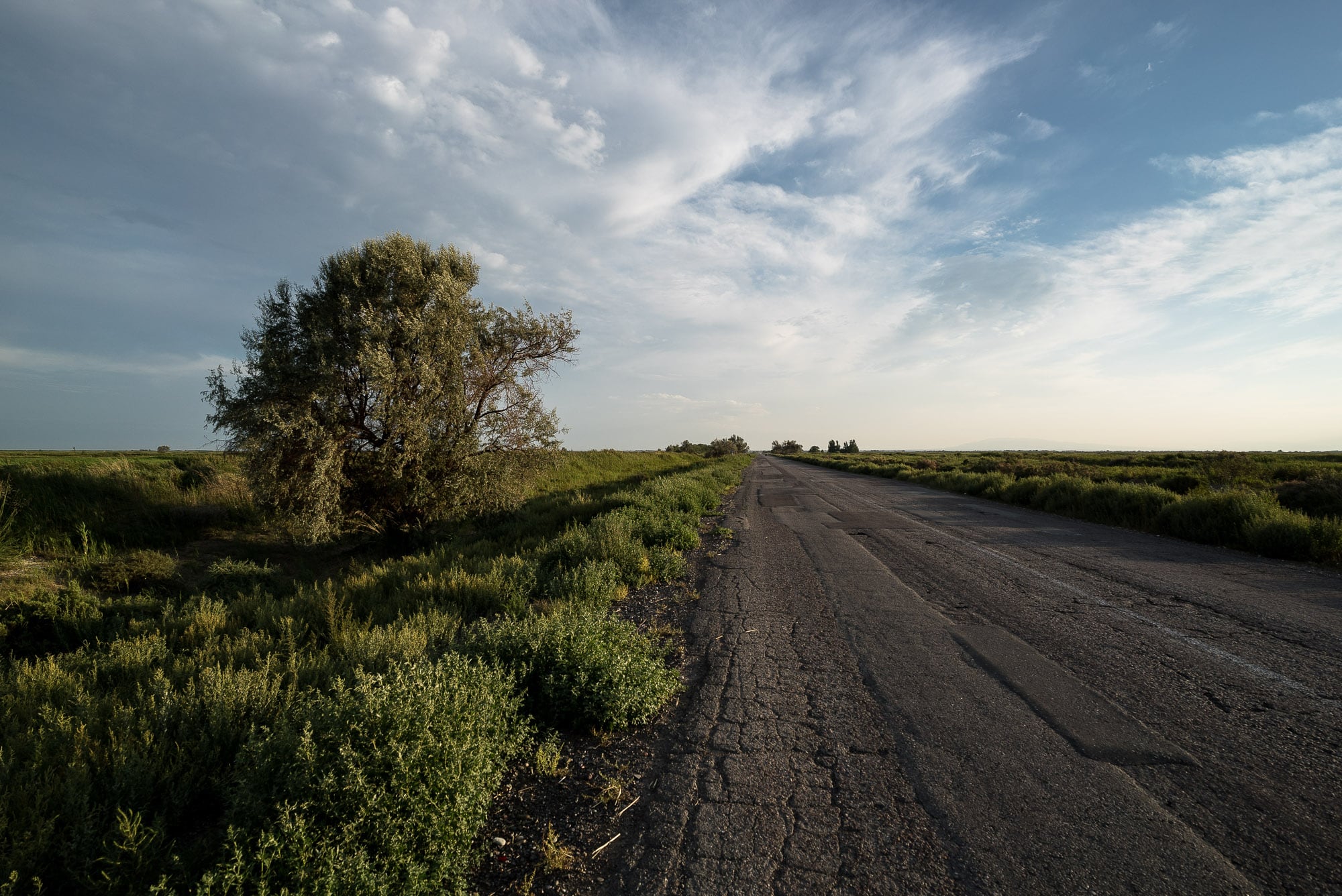 Remember the Knights Who Say Ni?

Well I could have given them not just one shrubbery, but a million billion shrubberies.

And then the mosquitoes came back, and when they did, they came back in force:

Yes, there are times when walking sucks.

I put my little headlamp on and gave the Caboose another one so we would be seen by the drivers: 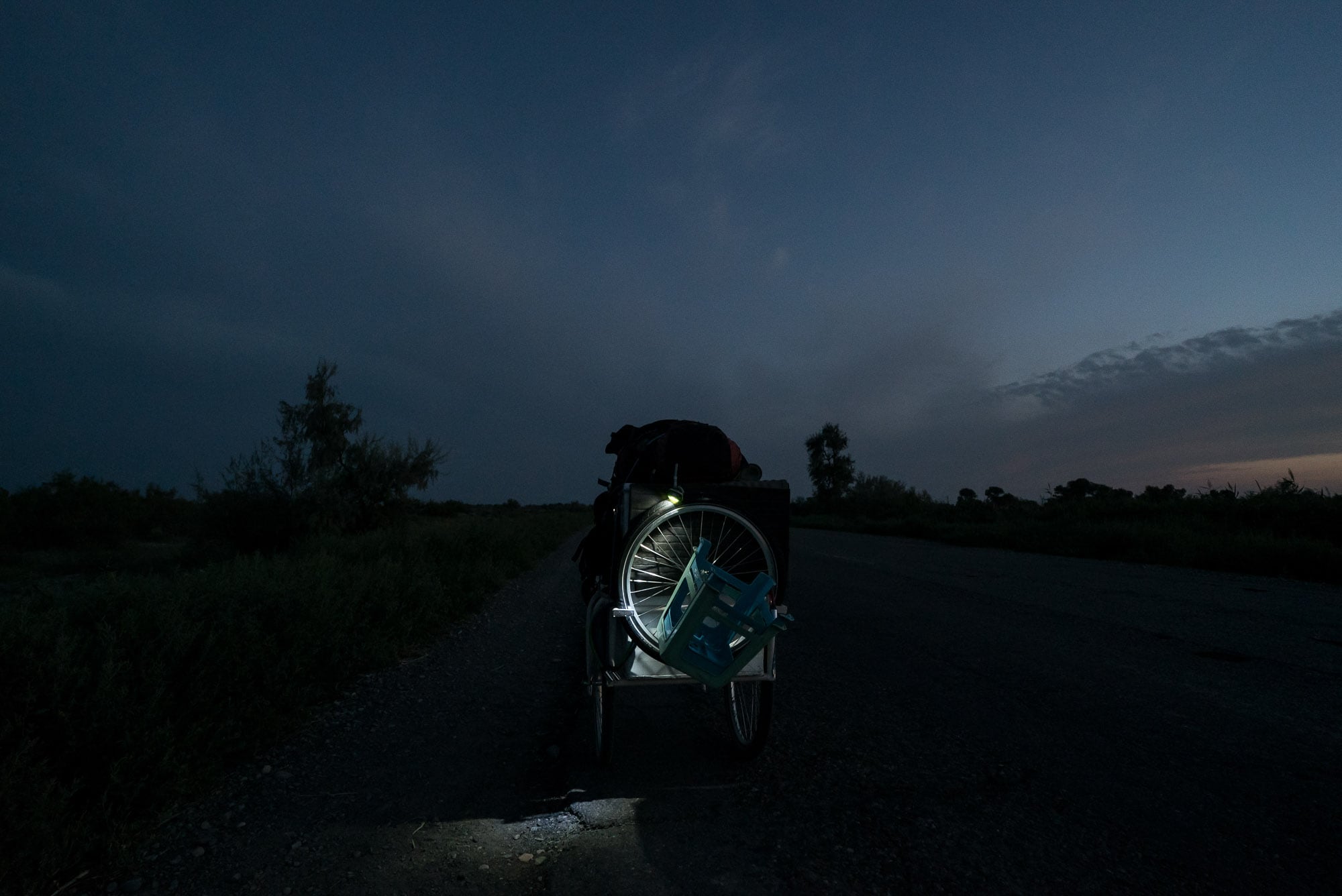 And we were. Unfortunately, we were also seen by every blood-sucking insect ever. Sometimes when I looked up the swarm of mosquitoes buzzing around my forehead looked like a cloud of white snow.

And sometimes, when I turned my head to the side, I could see water next to the road: 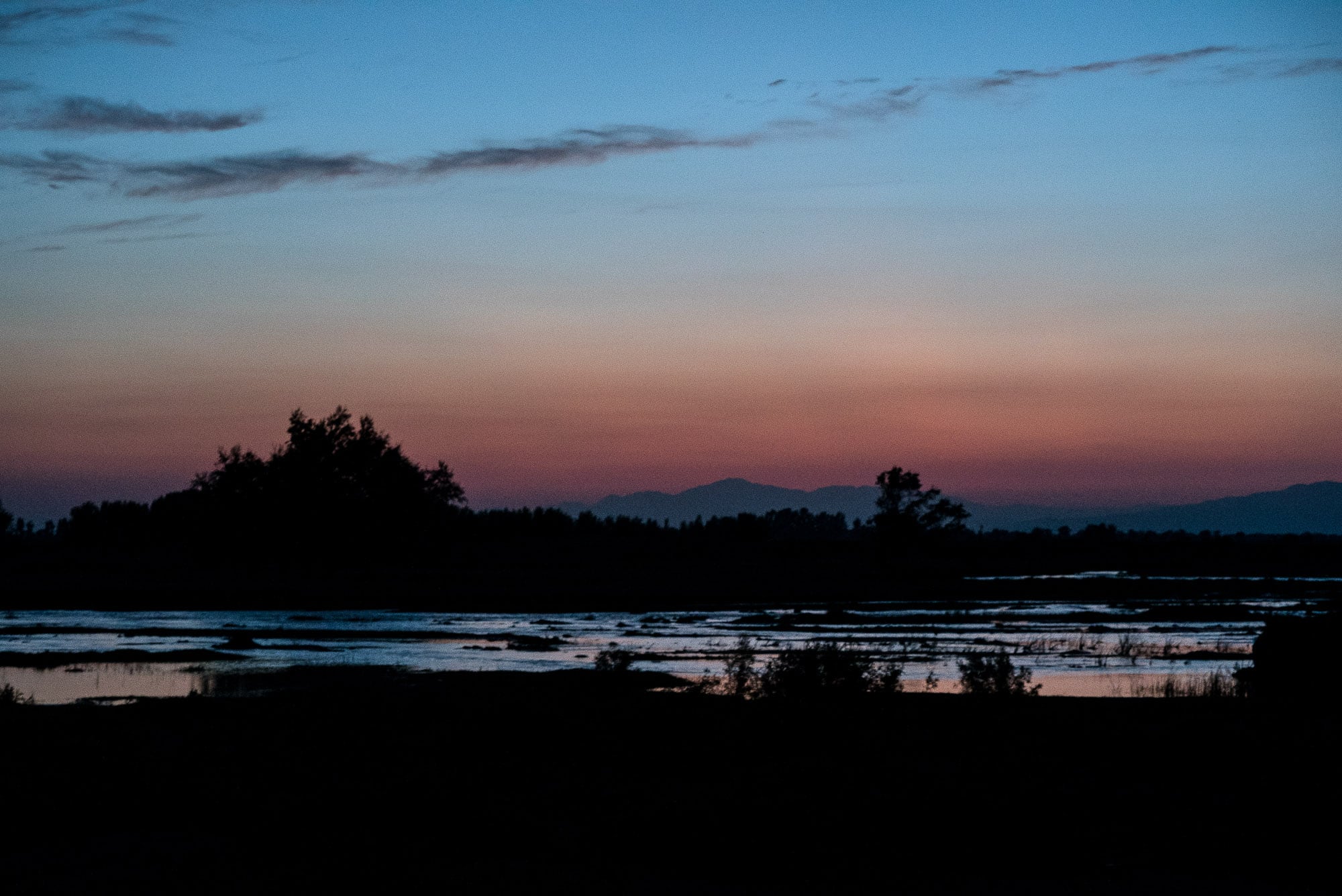 Was I walking through a damn swamp?

I reached a settlement at around ten. That’s when I saw a travel coach parked outside a large restaurant: 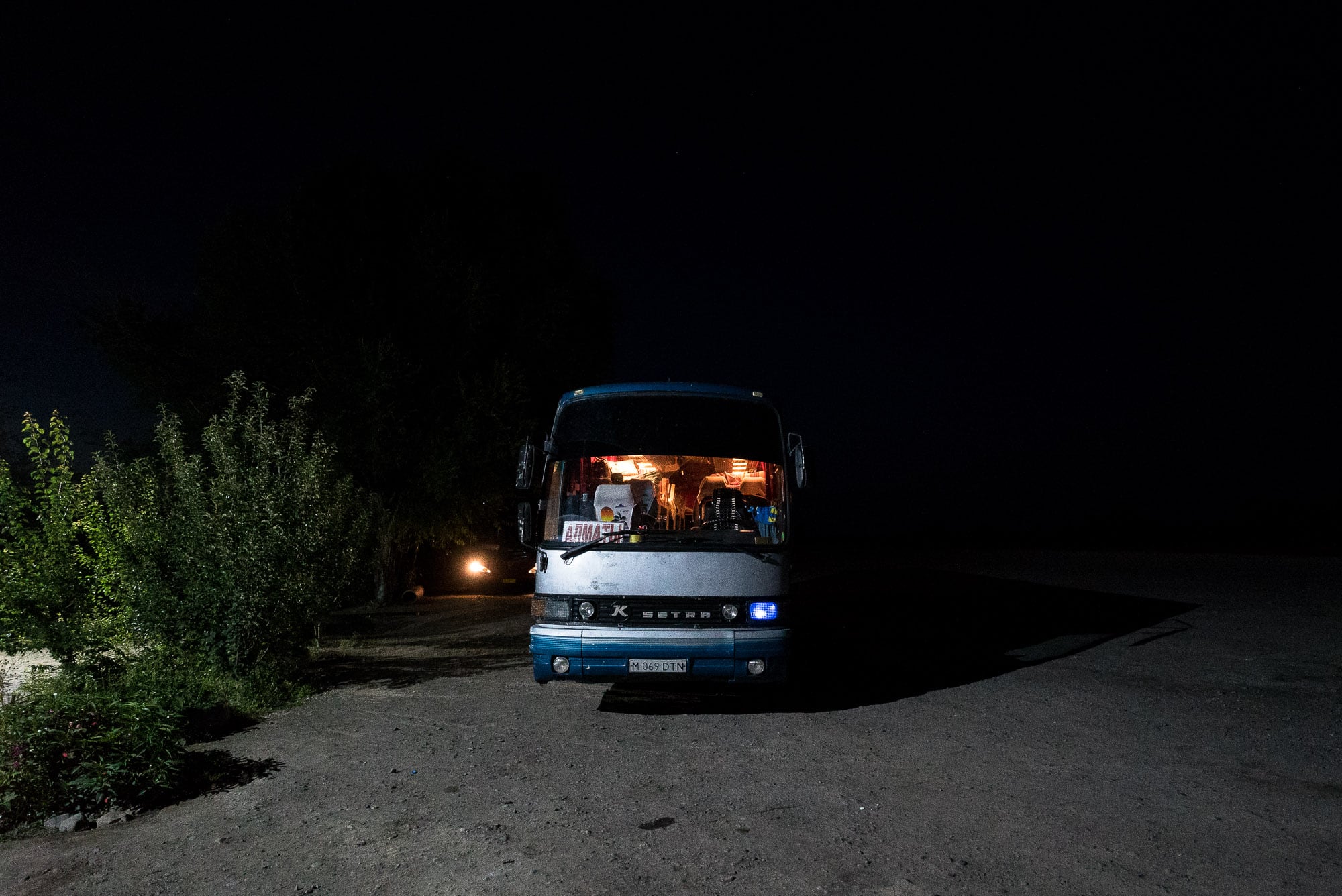 Hallelujah, I thought, because this place seemed to have it all: a large banquet hall, a shop, lots of people dining, everything!

“Do you have rooms?” I asked a person who worked there.

“Nope.” She shook her head.

…and I might tell you tomorrow where and how I slept.