I left early in the morning, and when I did, I saw a sparrow’s nest that the people here were keeping next to a window: 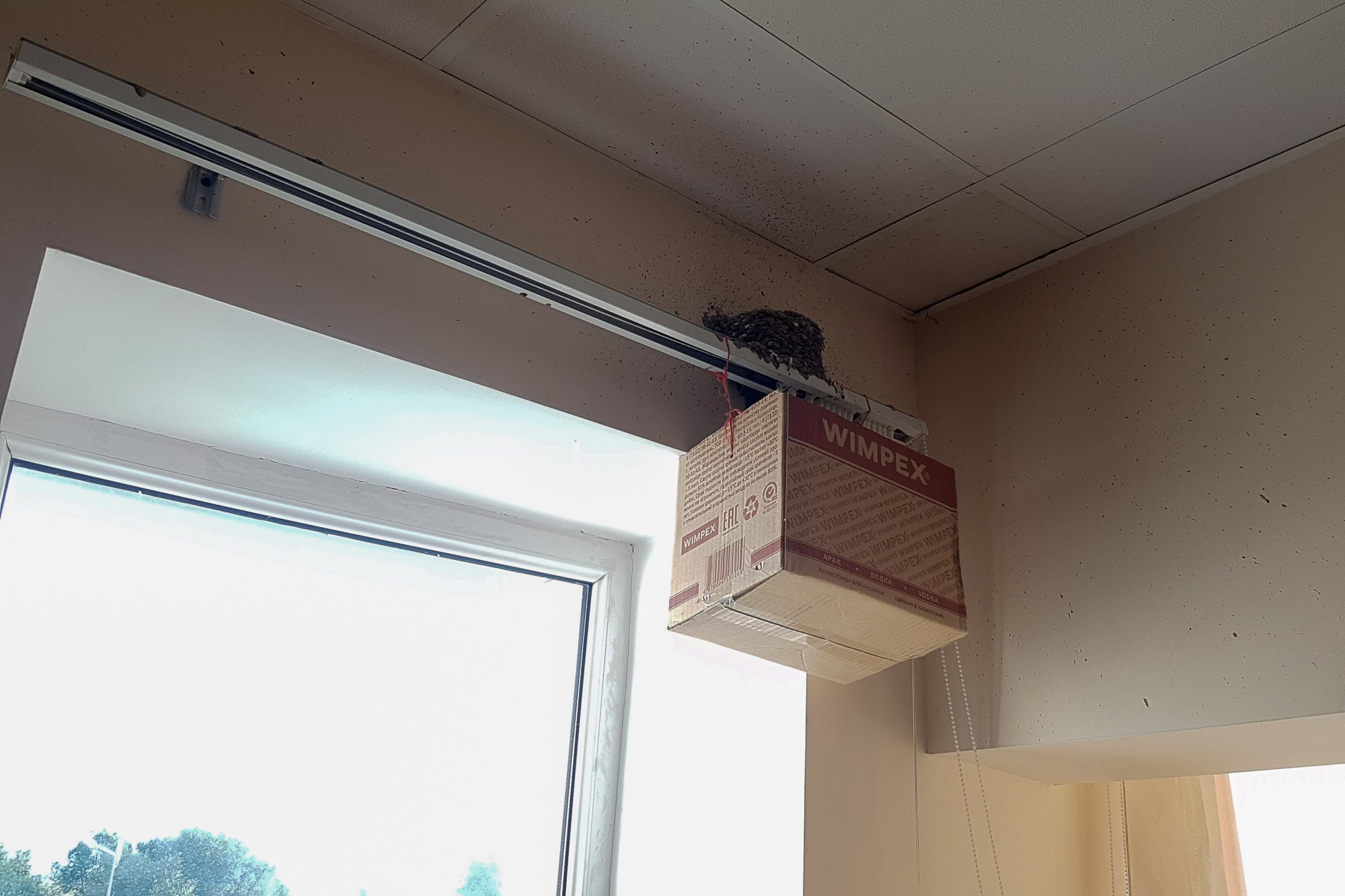 I had noticed the bird in the corridor the night before, but I had thought nothing of it. Now I knew that the bird somehow belonged here.

Walking was tough but good. The weather was excellent – not too cold, not too hot – and I was accompanied by the mountains in the distance: 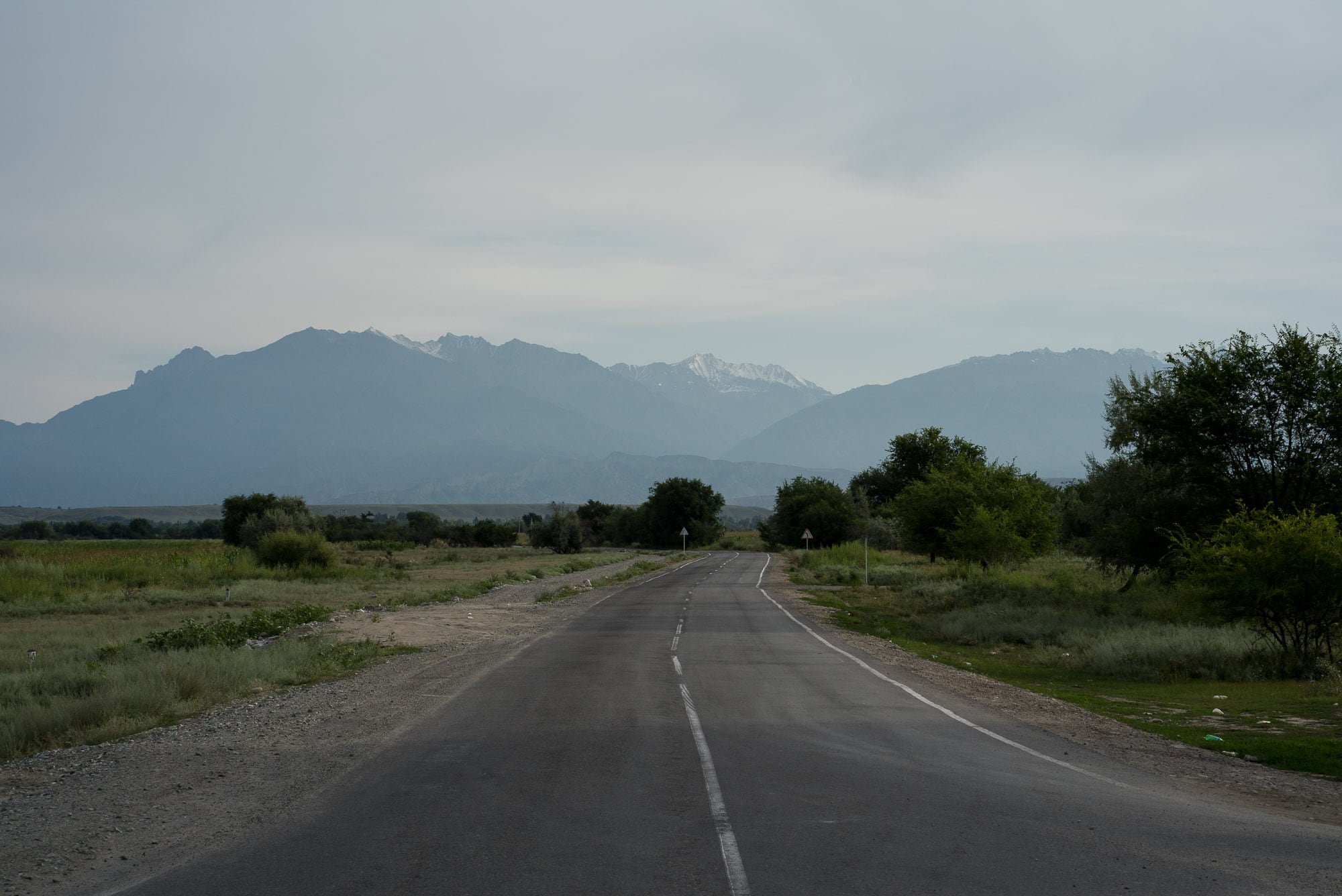 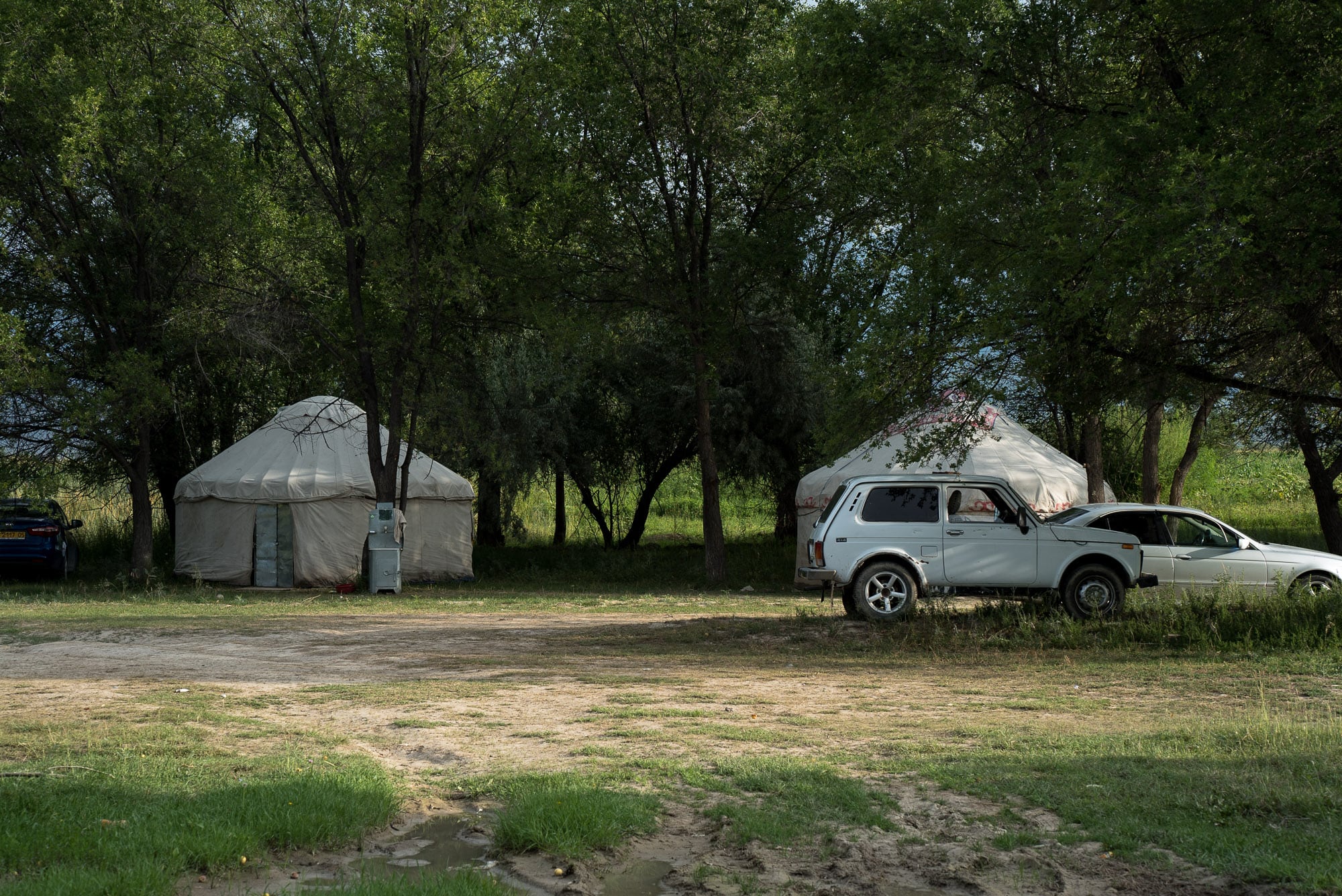 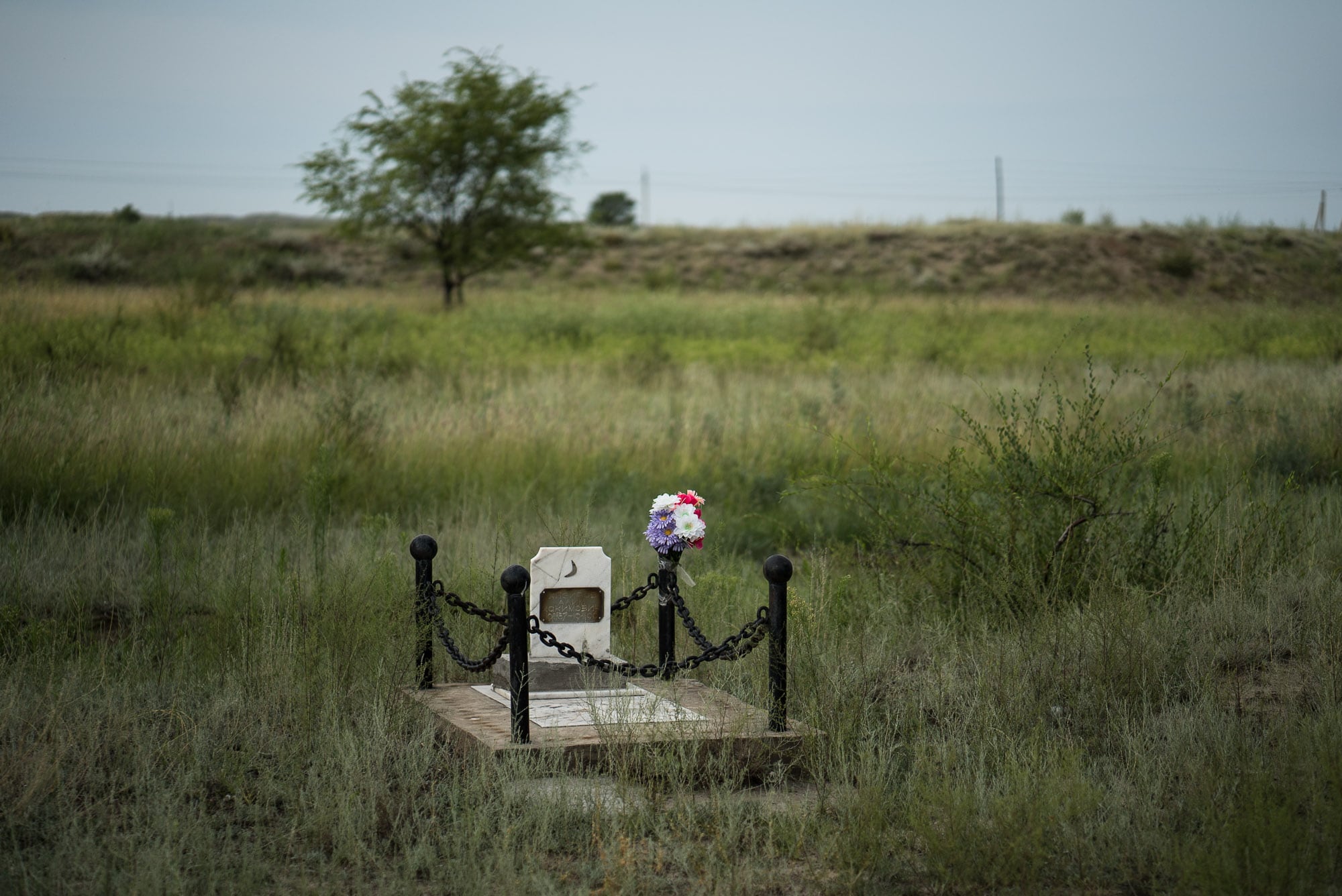 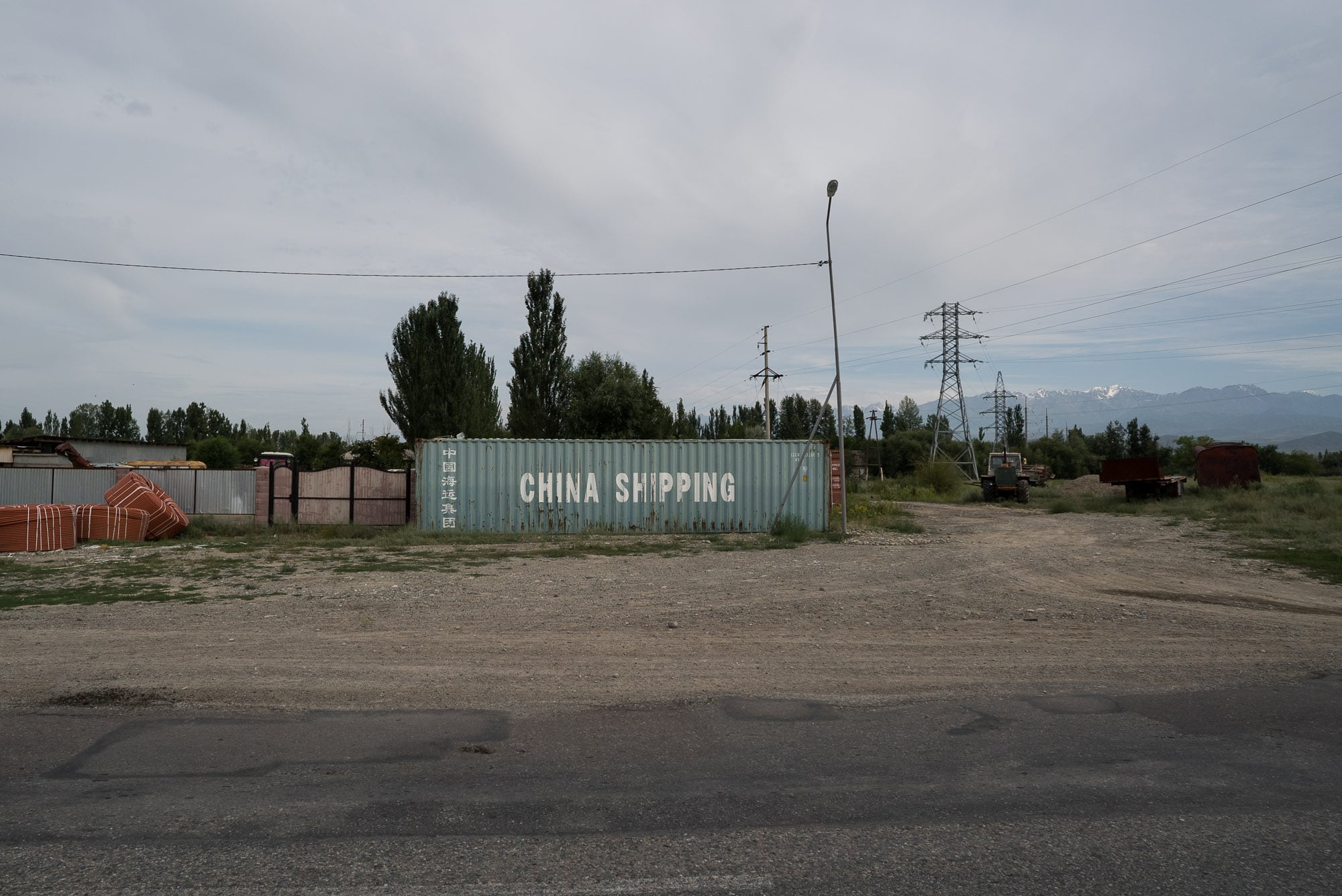 It seems as though many people here use these containers to build all kinds of stuff out of them. If you look closely, even the oven that I got my nan-bread out of was somehow attached to a container: 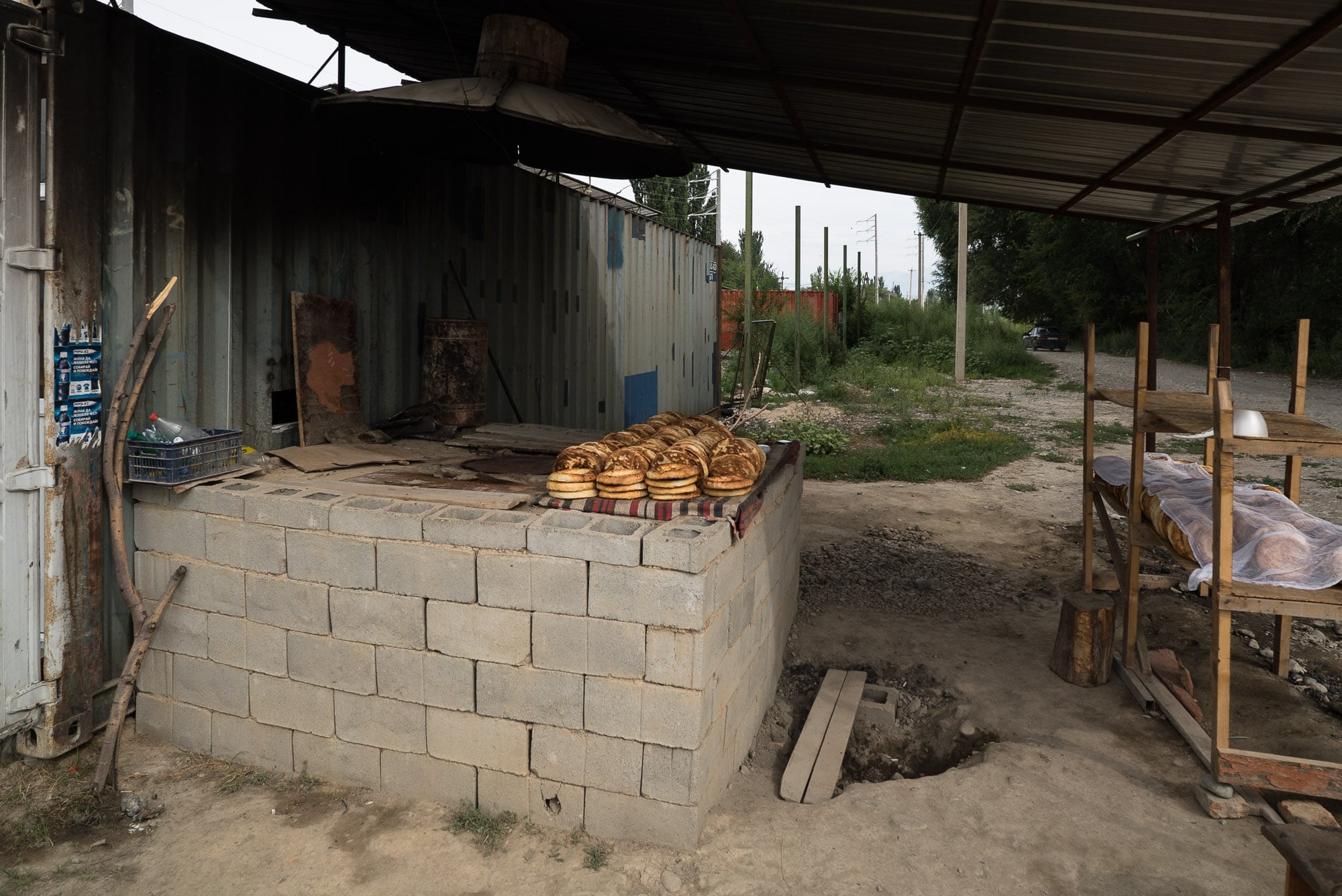 There were some villages on the way. They were tiny though: 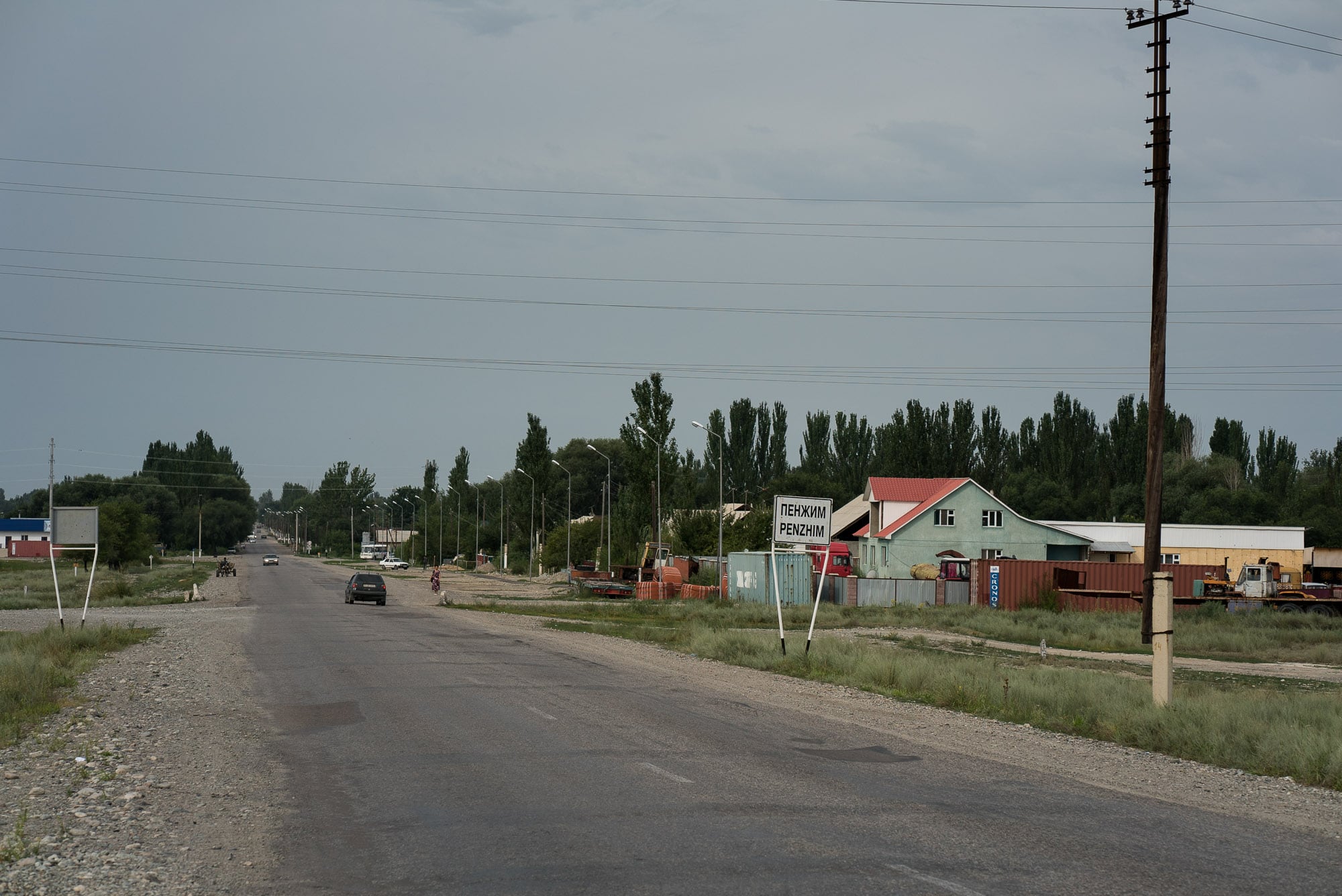 Sometimes a random cow would be peeking at me from somewhere: 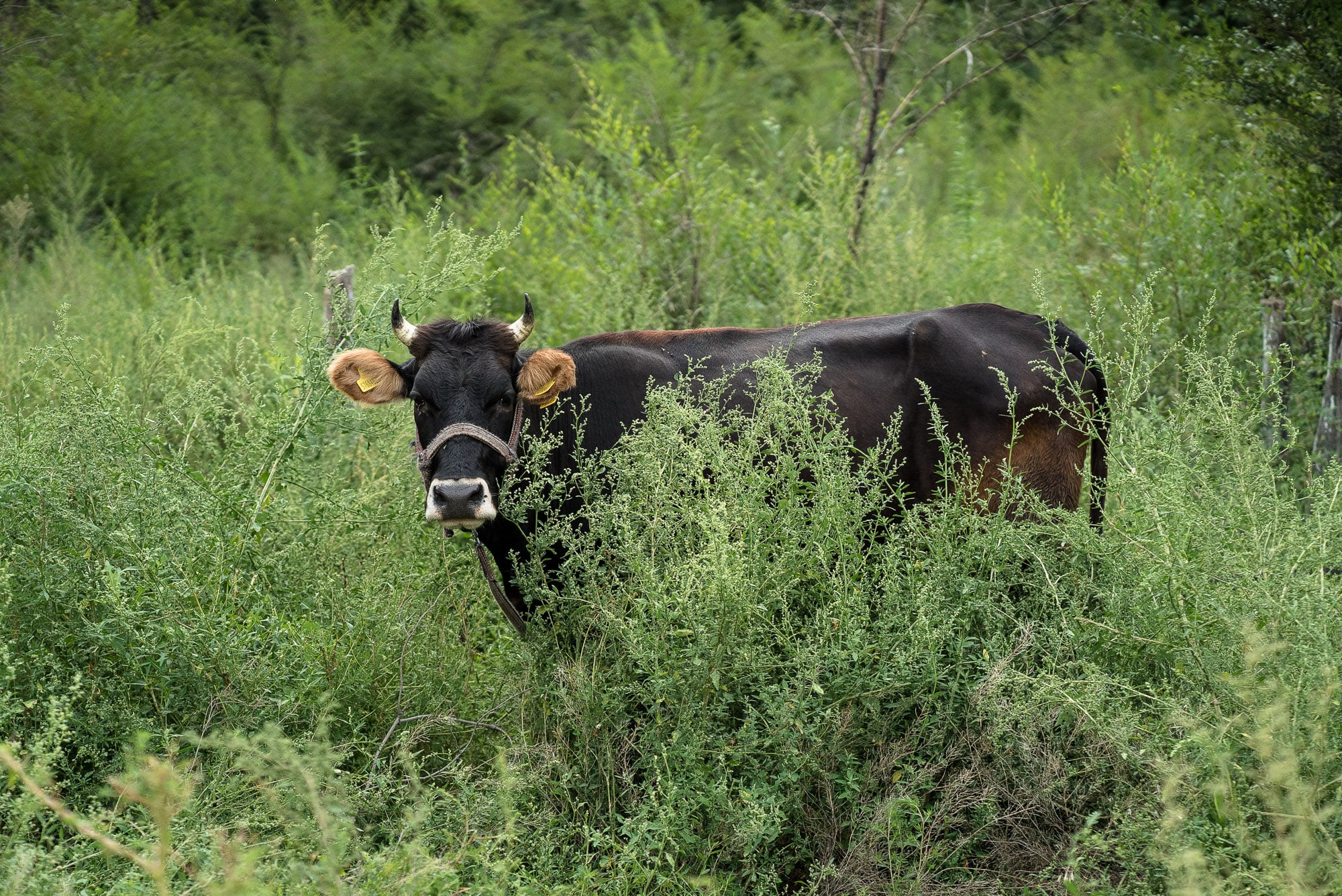 Yet some of the villages had little shops where I could get water. I could have also purchased fashion articles though: 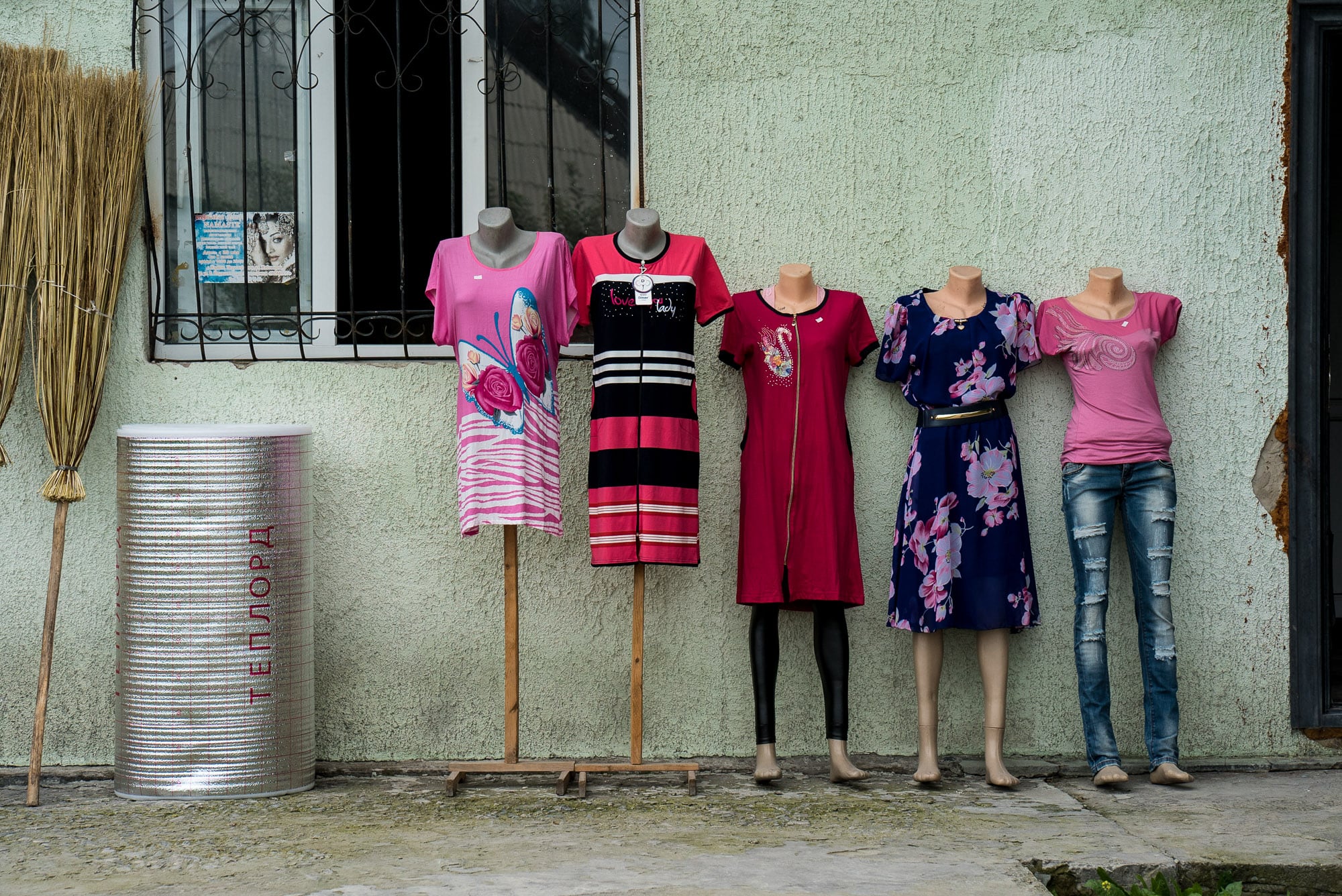 One time I got stopped by these two gentlemen: 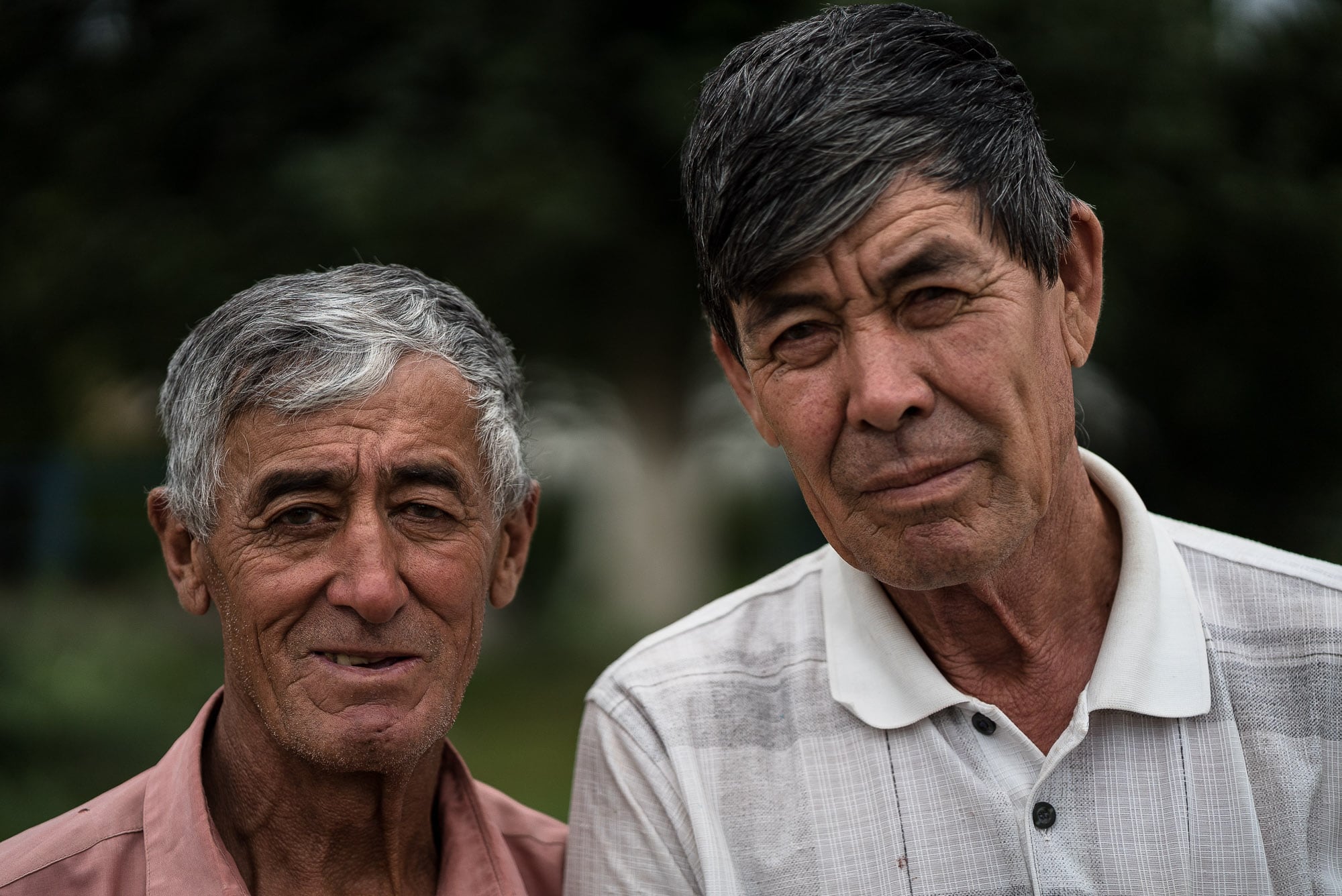 They patiently chatted with me for a while, knowing that my Russian abilities were very limited. Then we decided to take pictures. “Look,” they said, “tell them we are from Avat.”

Which I just did.

Here are some thoughts from the road:

I arrived in the city of Zharkent in the afternoon. I knew it was a city because everybody had been telling me that it was, and also because some of the buildings there had not just one floor but SEVERAL floors: 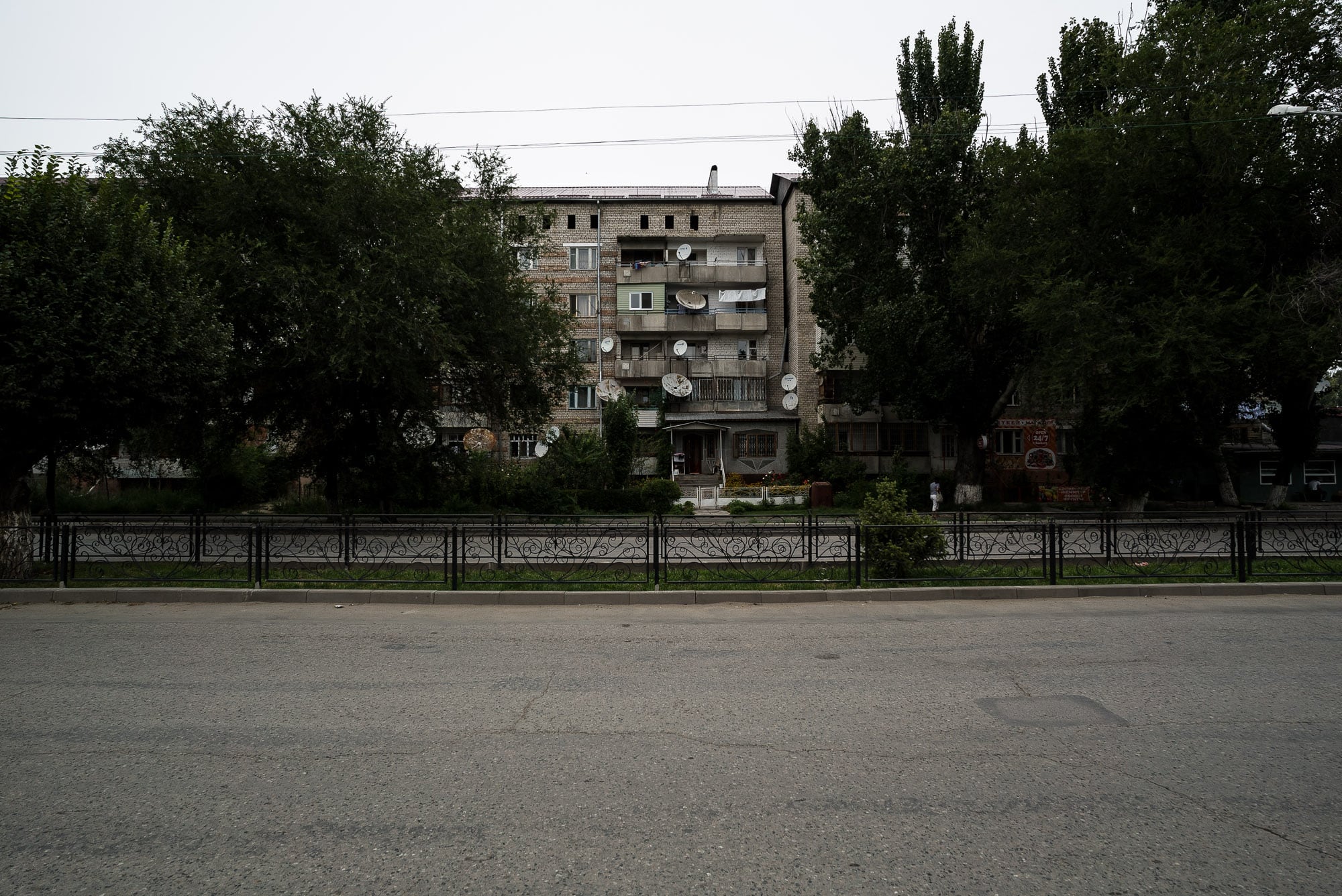 But there was another hint – it was here in Zharkent that I saw my very first traffic light in Kazakhstan: 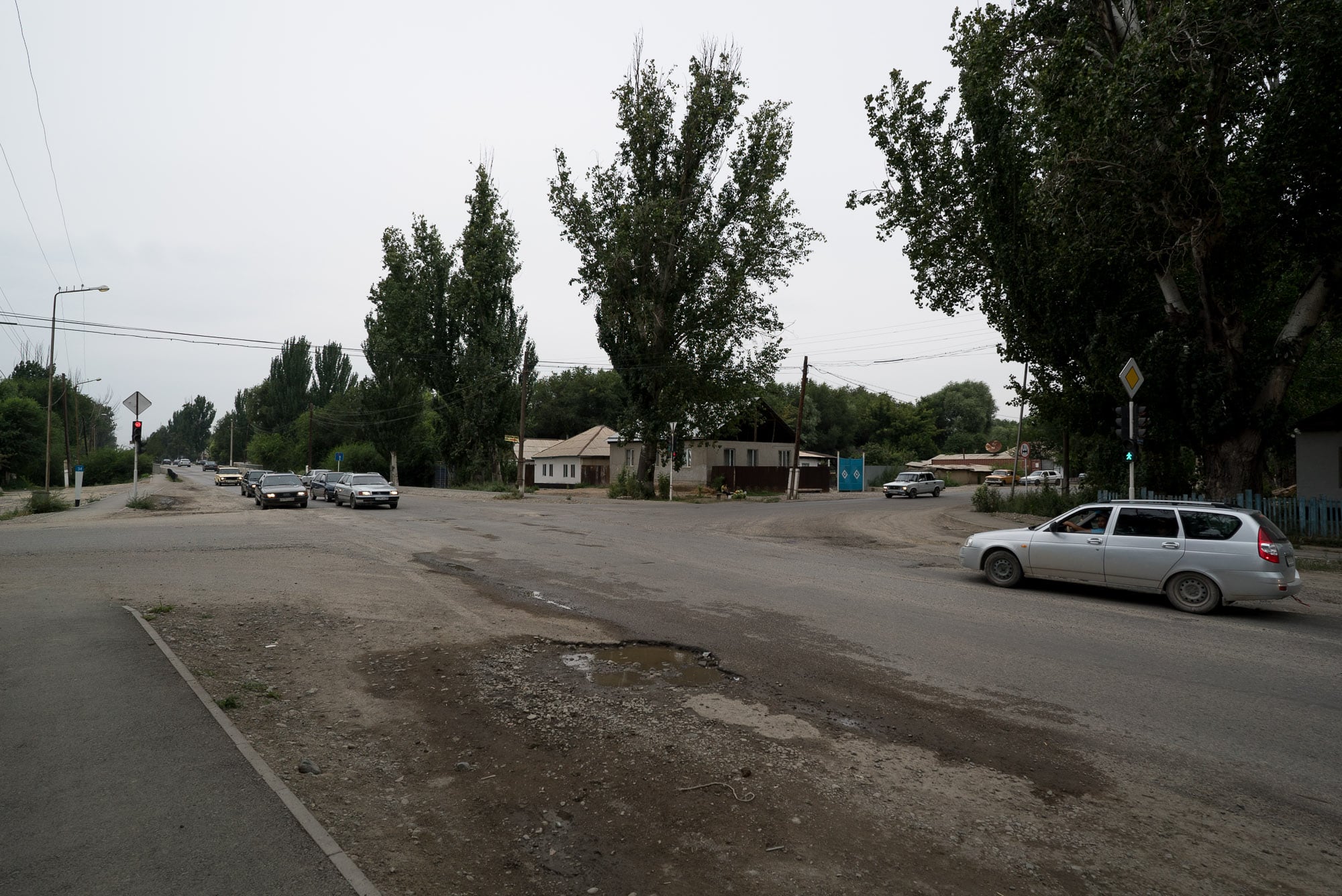 It was a nice light, and all drivers that I saw seemed to be willing to obey it. I stood there for a while, and then I decided to call this particular traffic light “Francis”.

A good name for a good light.