Uncle Shen and I went to get a train ticket today: 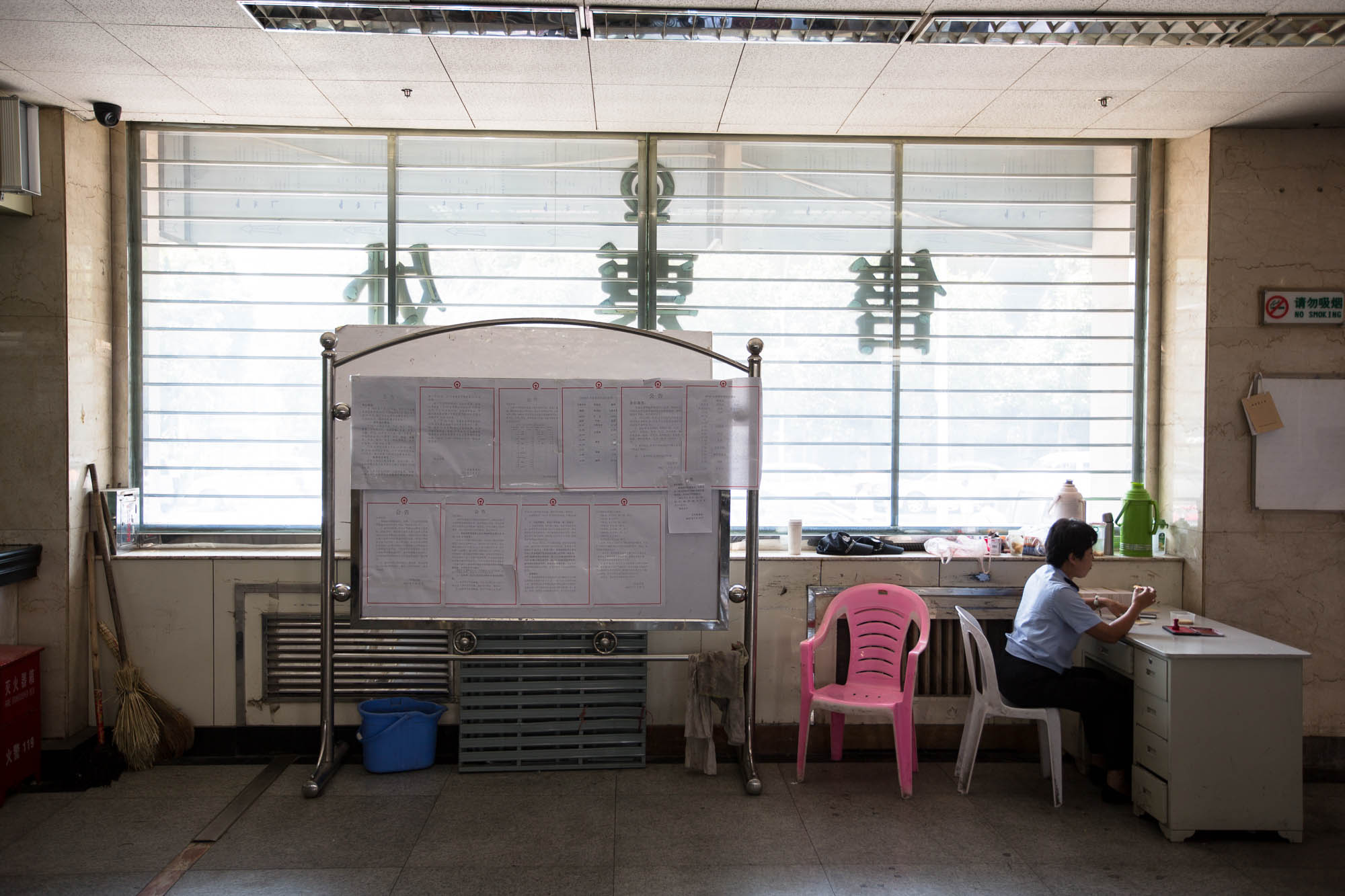 We stopped at a roadside stall that was serving Niubi Liangfen 牛B凉粉. This was interesting not because of the food itself (liangfen is a dish of cold mung bean starch jelly), but because of the name: niu 牛 means “cow”, and the B stands for the character 屄 – pronounced bi, meaning “cunt”. This Northern slang expression “cow cunt” means something like “awesome”. I have tried to shed a little light on this in another post before. 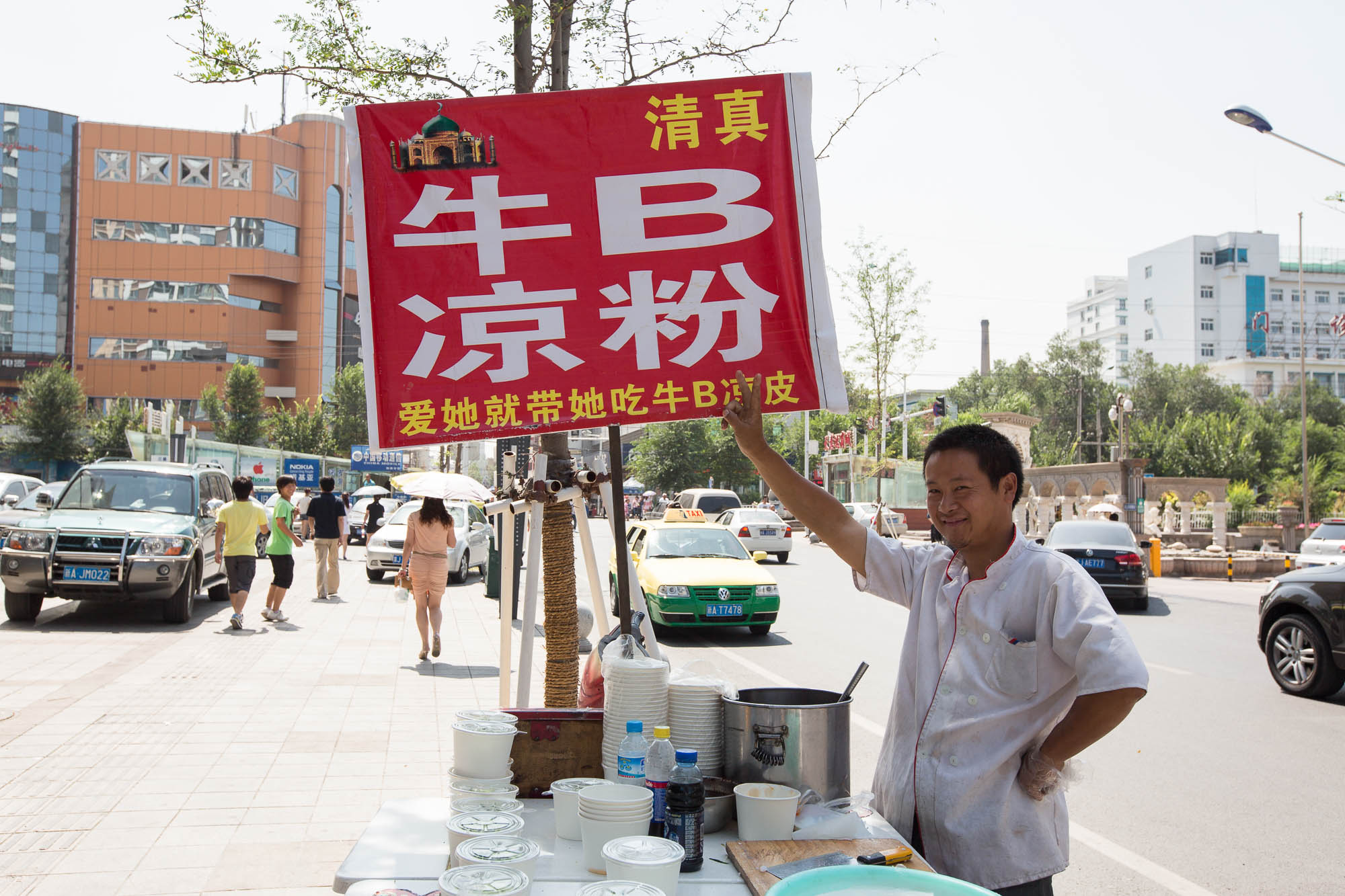 Anyway, I didn’t dare to try the awesome cow cunting food, mainly because I was scared that my stomach wasn’t awesome enough just yet. After all, I had only been in China for a few days this summer. 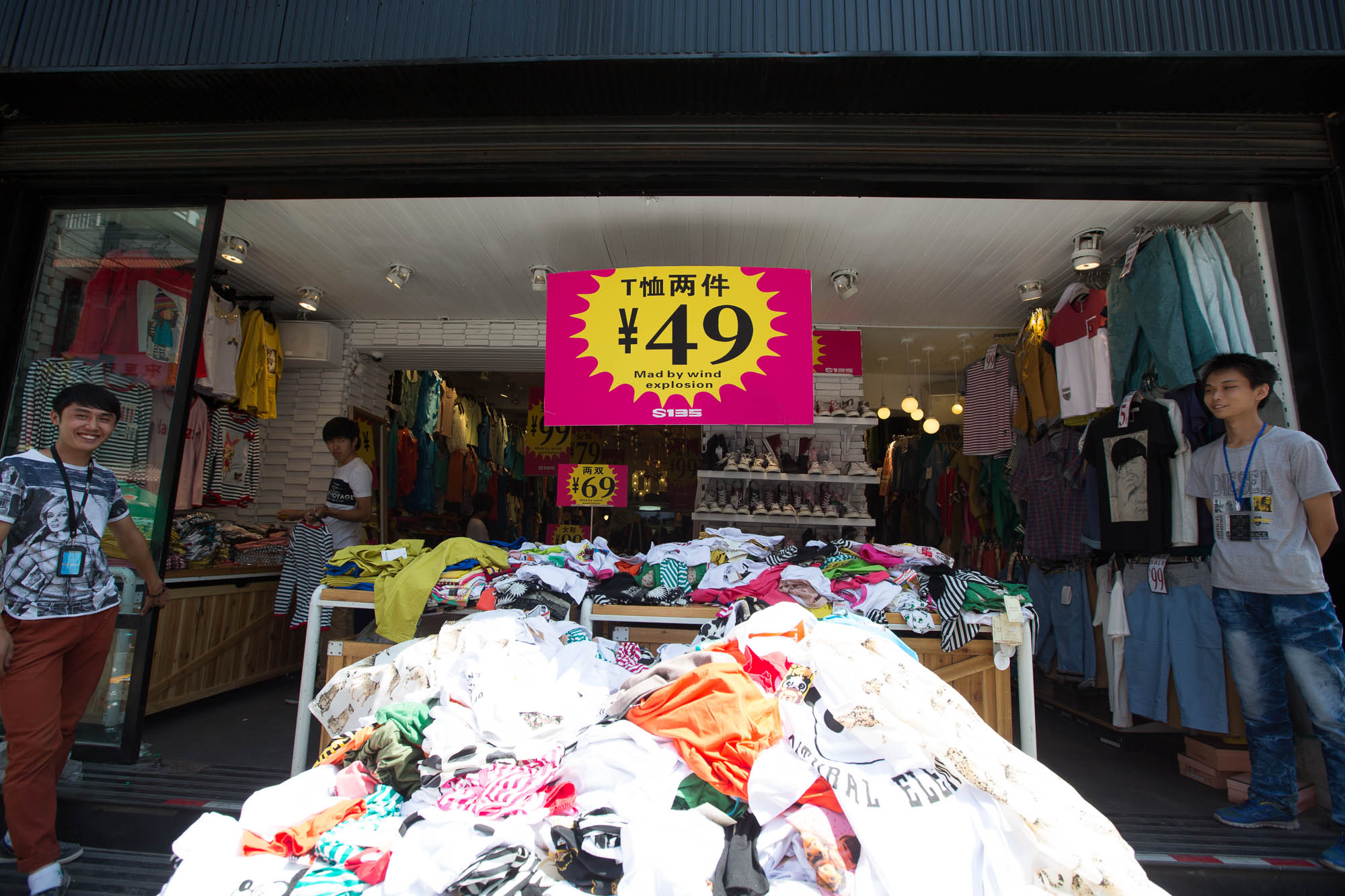 Since I wasn’t allowed to carry a GPS in China (no foreigners are, much to my surprise in 2010), I bought a guide book to Xinjiang: 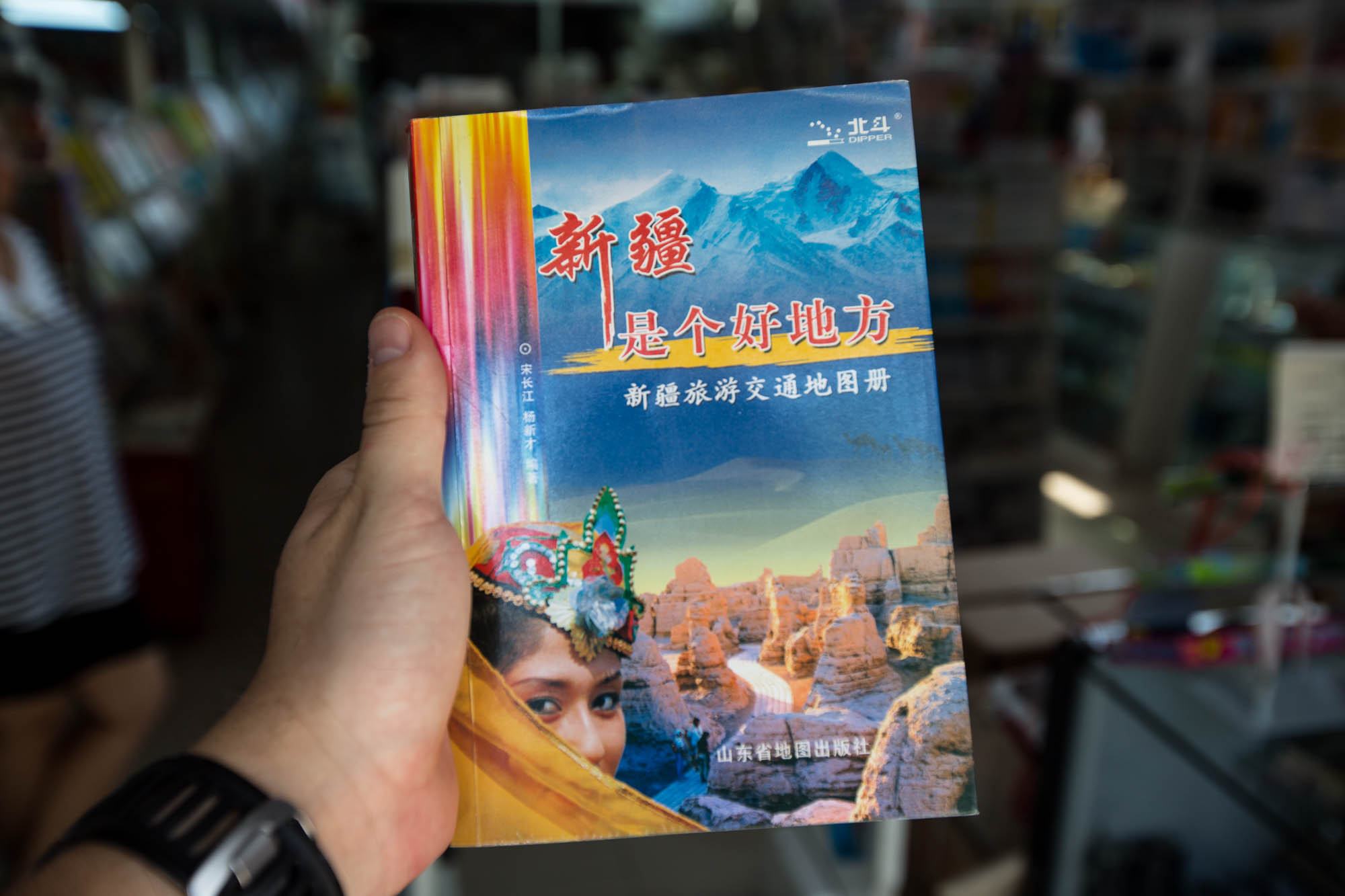 “Xinjiang is a good place 新疆是个好地方” – The book had a bunch of maps in it and some tips for the ambitious tourist. I could only hope this would be enough.

Then Uncle Shen took me to a Uyghur food court where I tasted some of the local specialties: 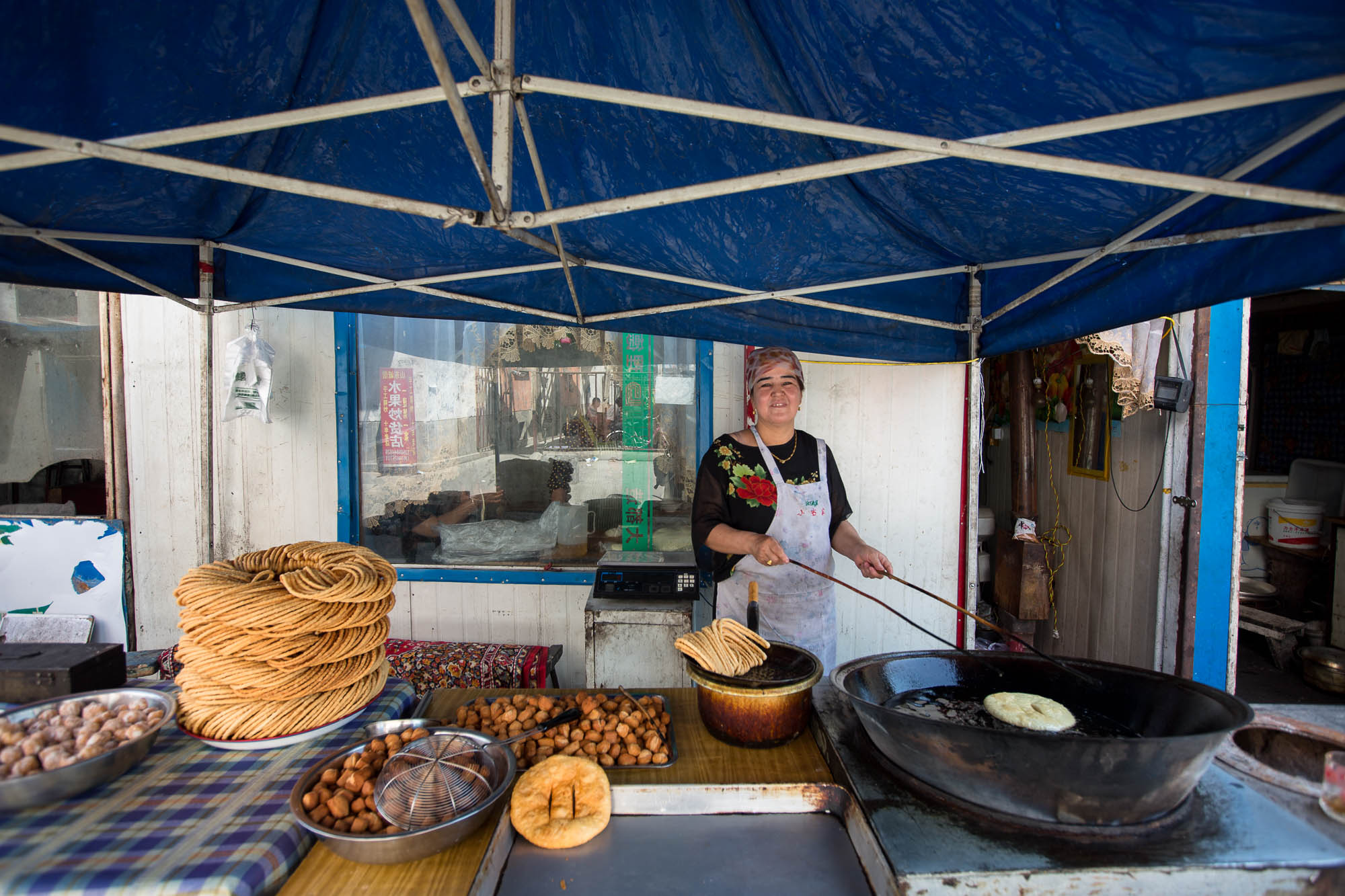 From what I could find out, it apparently started with the color white and the color black, and some long beards were also involved. I never got it right though.

Later that night, Uncle Shen and me had one last dinner before I was going to leave town. We walked through back alleys: 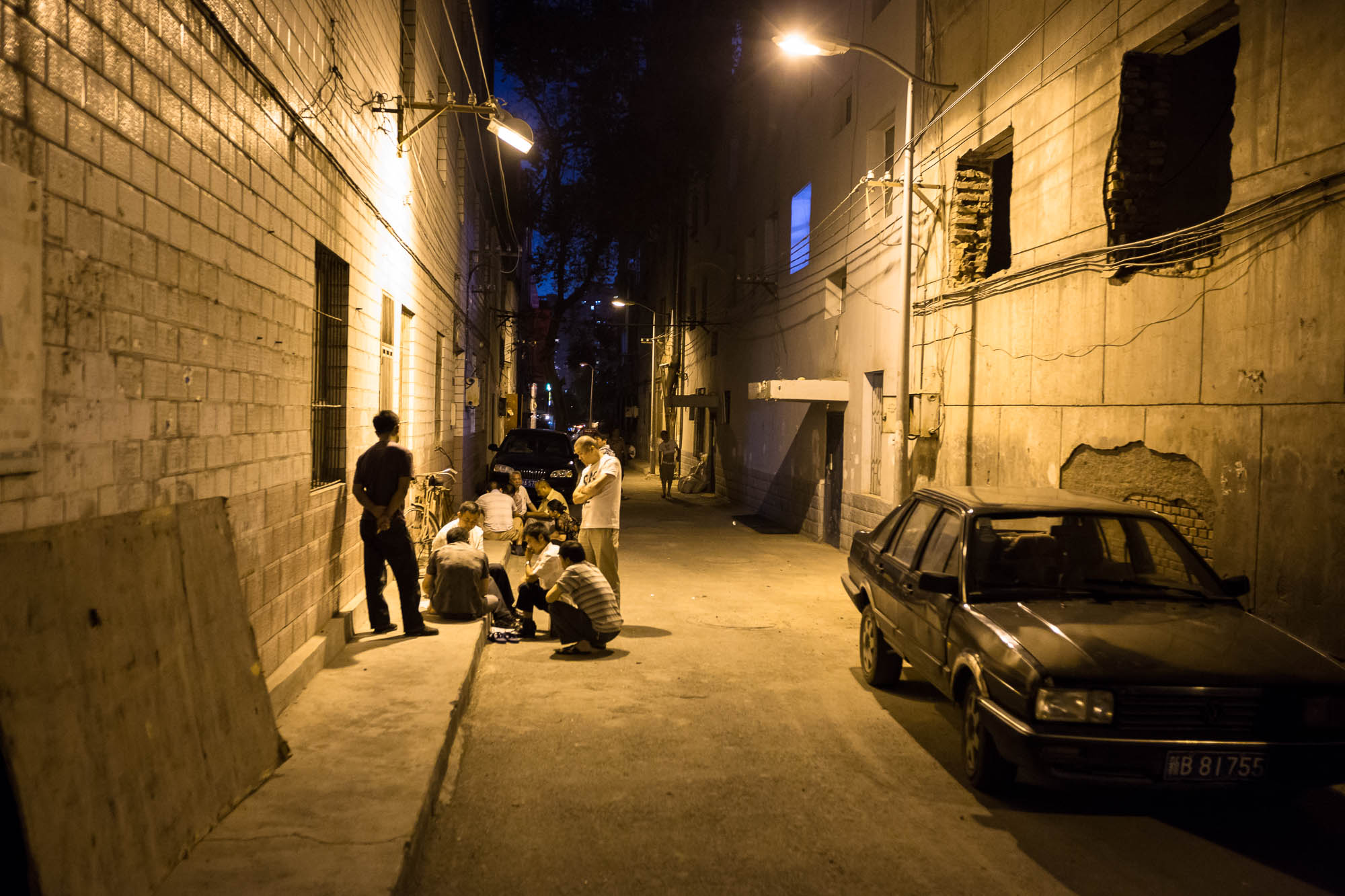 And I managed to find a real gem for you:

Now this is somewhat the official way to wear your shirt tugged up on a warm summer night in Northern China. Notice the gentle slapping of the belly fat. That’s how it’s done yo.