The next morning, Uncle Shen came over to pick me up.

He was still riding his bike around (this time it was a foldable bicycle): 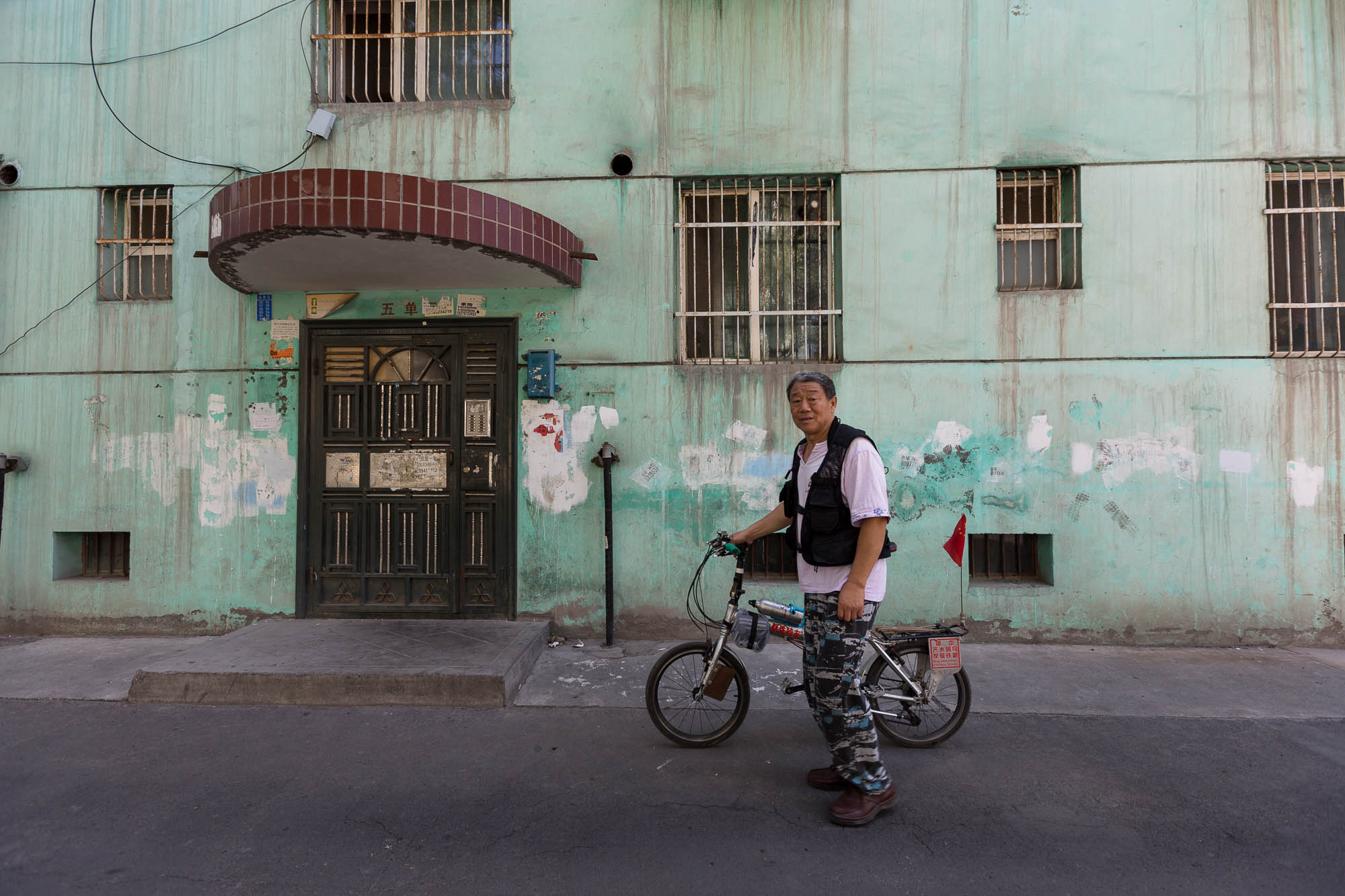 …and I was happy to see that Lulu the dog was still there too: 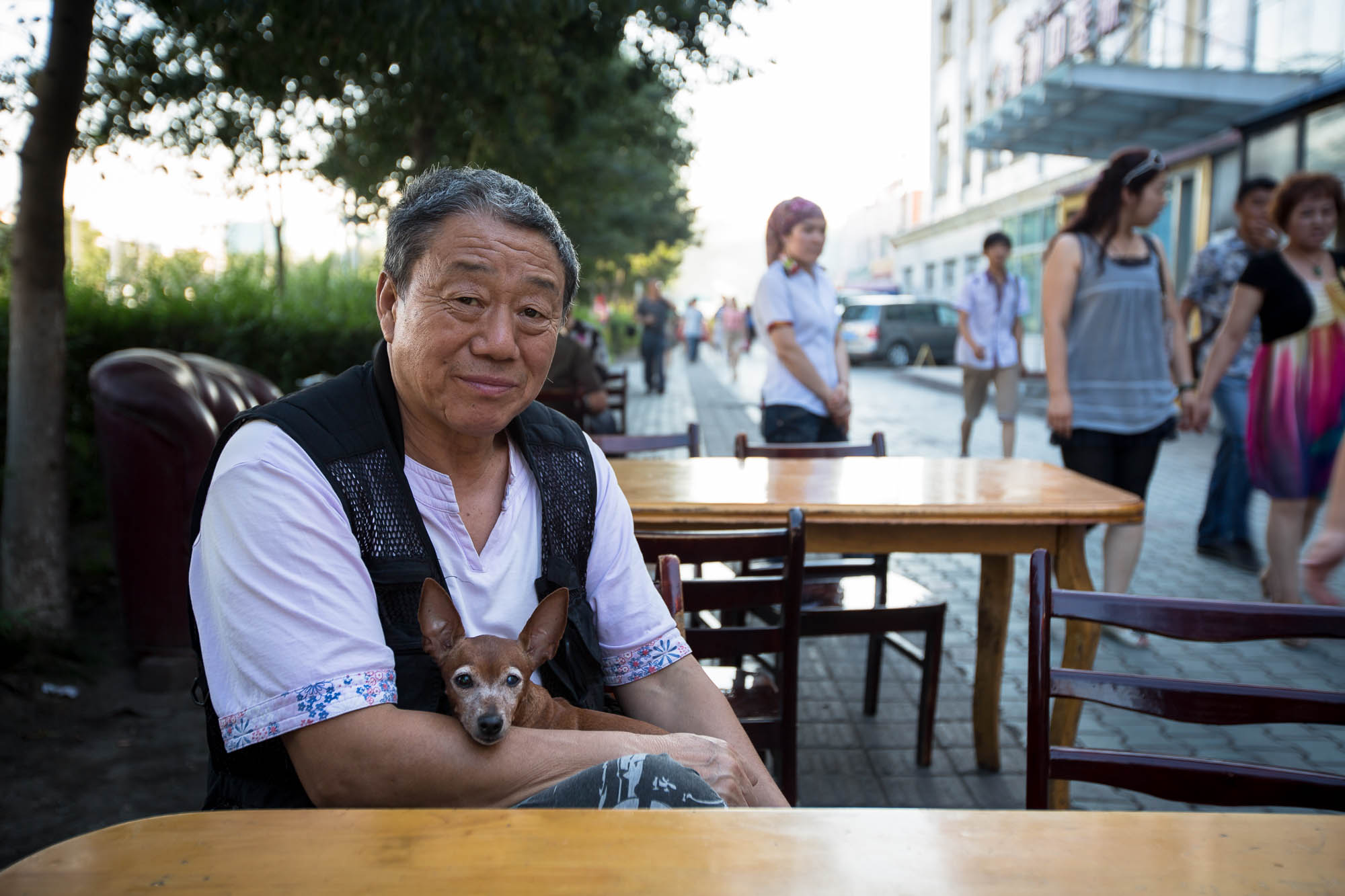 Ürümqi actually felt a bit more relaxed than the last time I was here.

We went to an electronics mall to pick up some batteries: 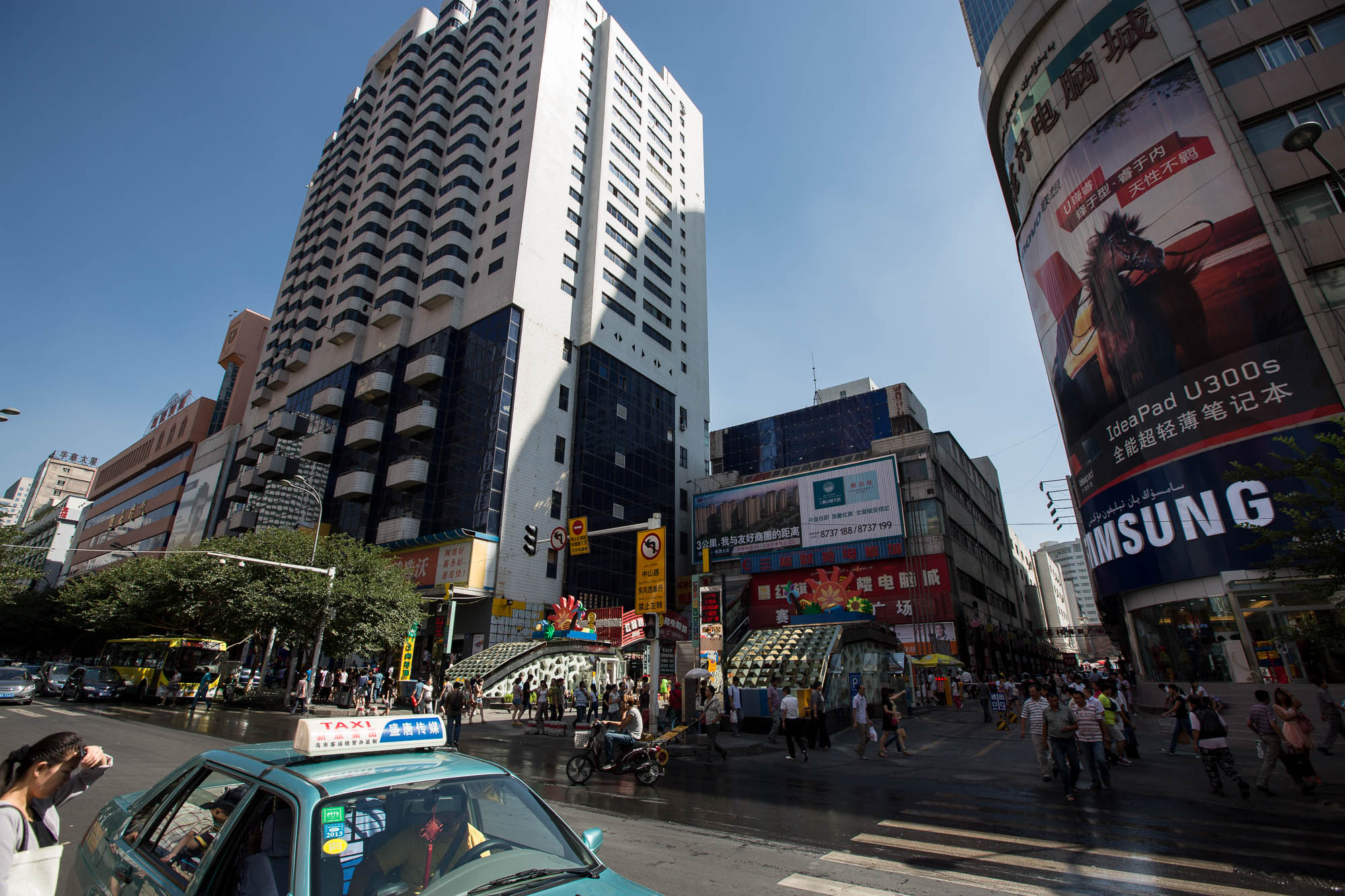 And we wound up chatting with the people at the store for a while: 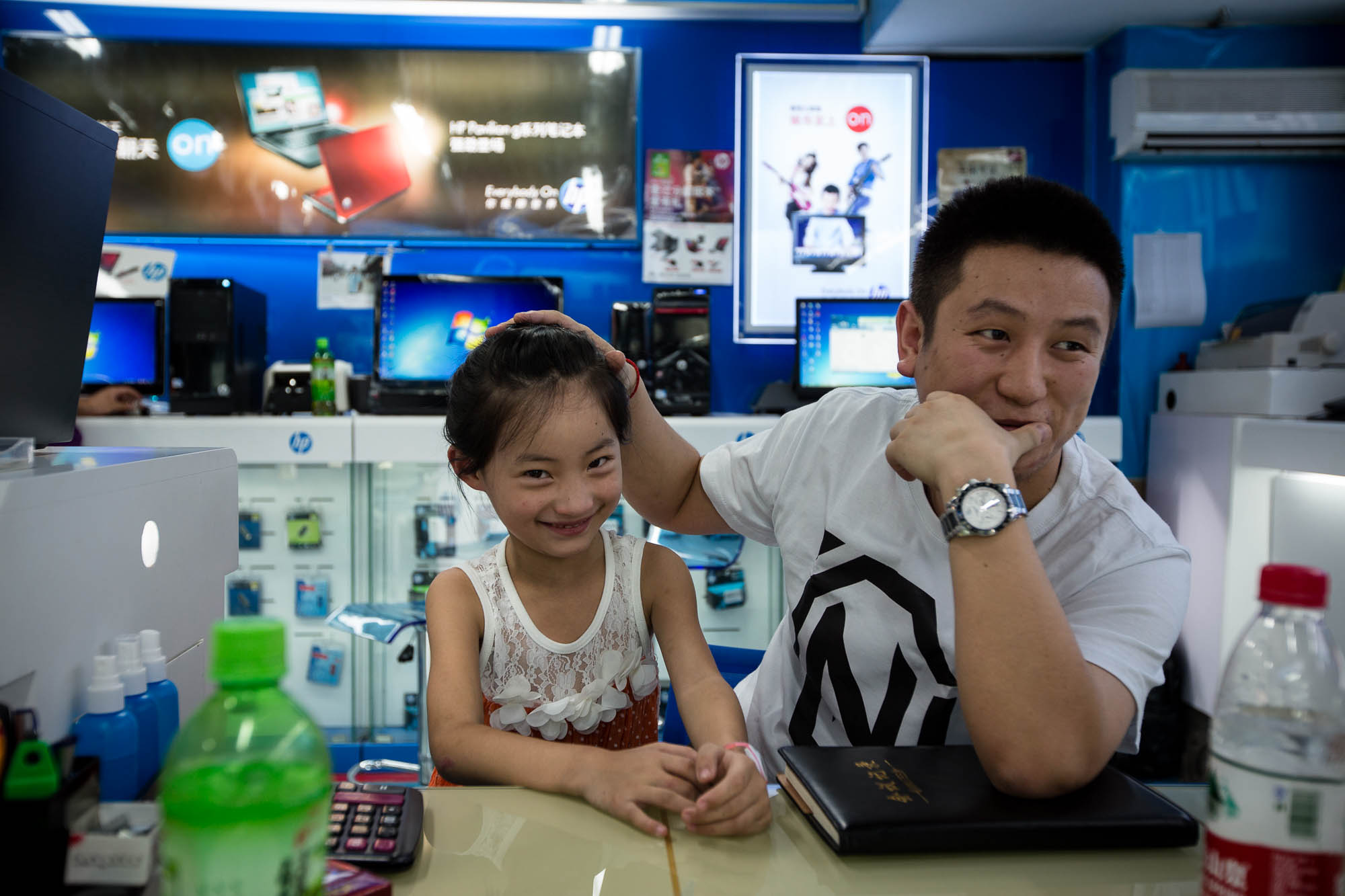 Then we walked around taking some pictures: 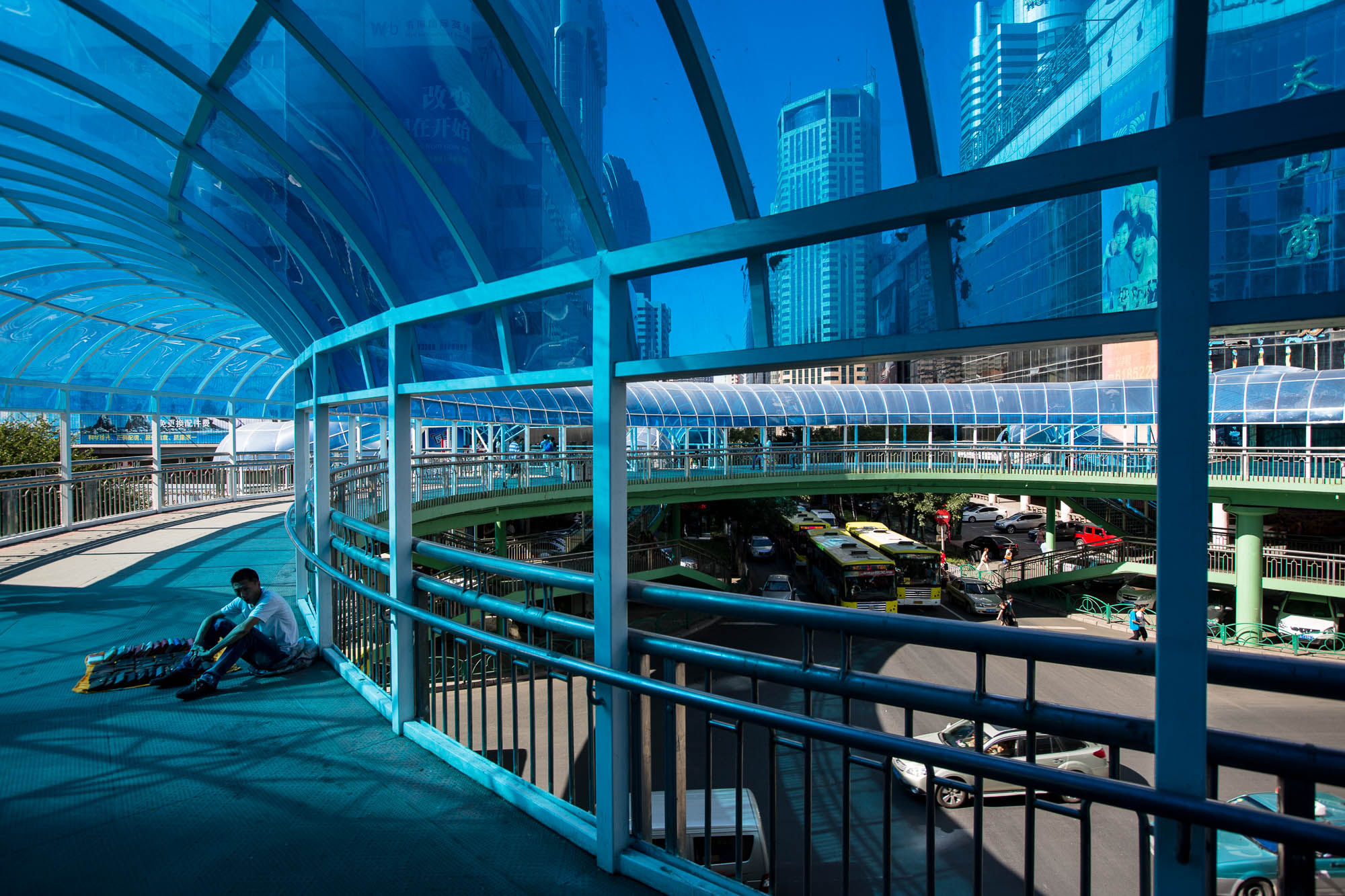 And I marveled at the “BRT”: 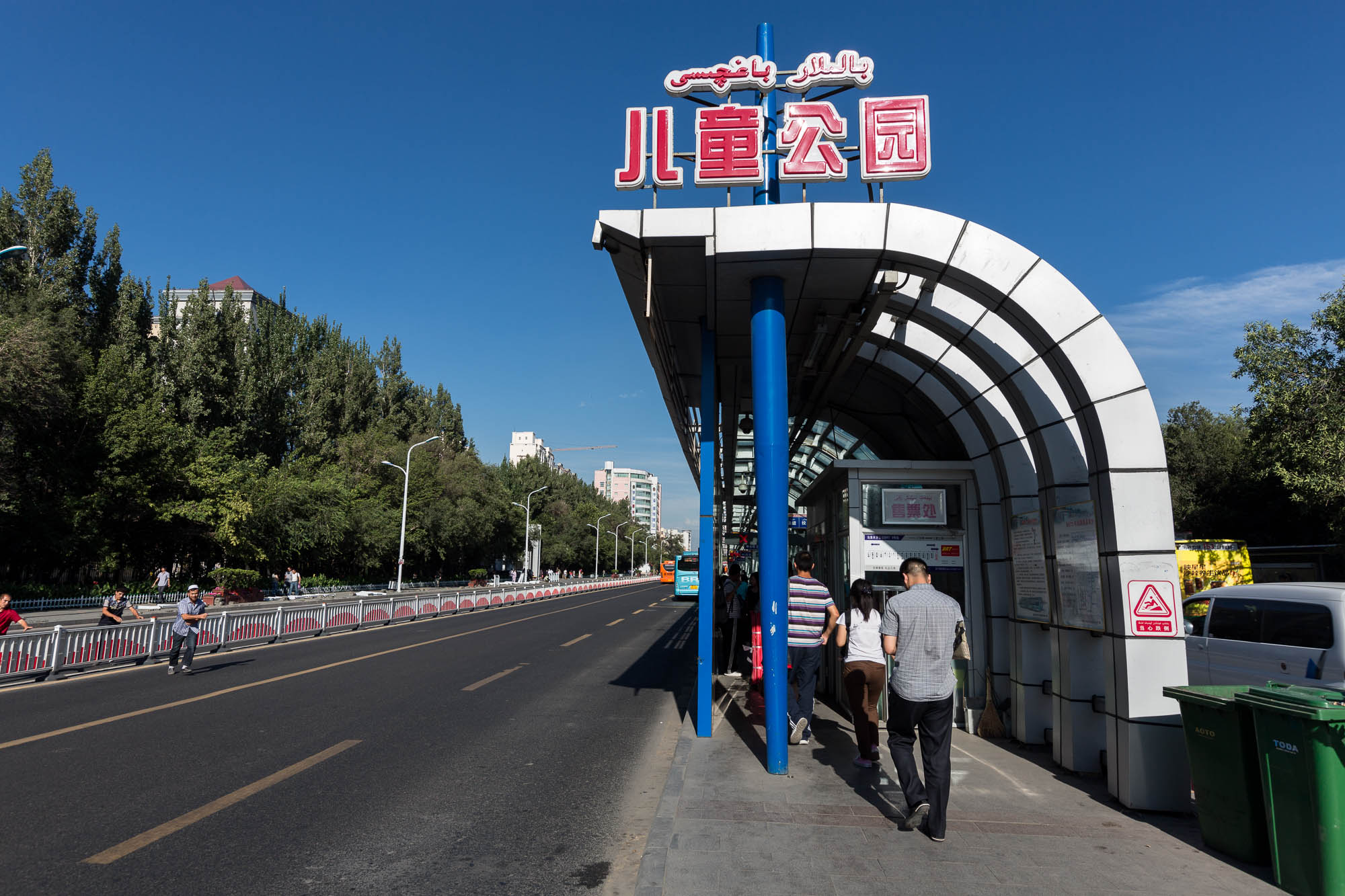 What looked like it could have been a metro system at first turned out to be a bus network with specially designated lanes and automatic gates that was supposed to be more efficient than the buses traveling on the regular roads: 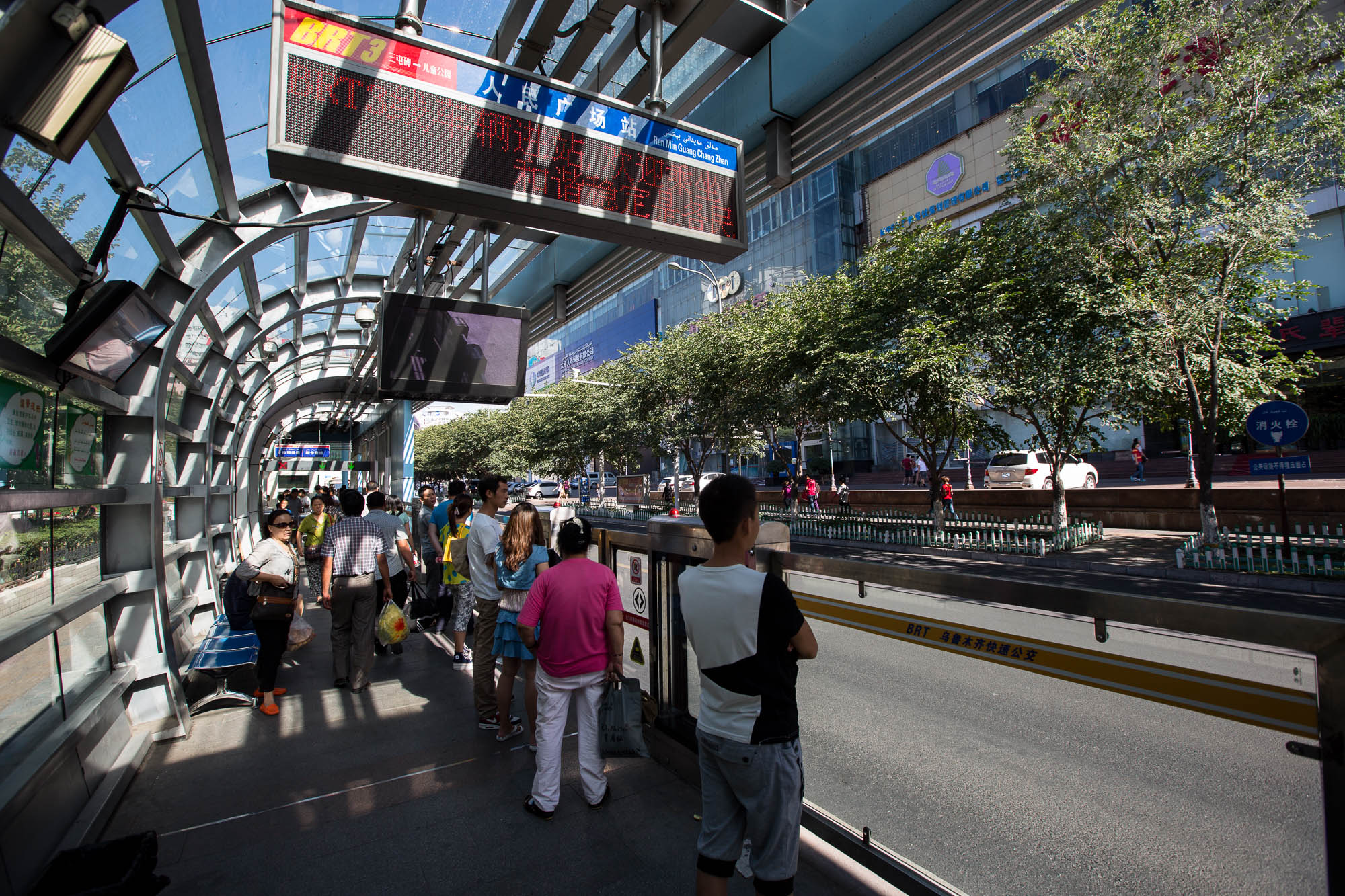 I wasn’t very sure whether the local drivers were happily embracing this new concept, since designating lanes for the BRT basically meant taking lanes from them.

All of this didn’t matter to the soccer fans though: 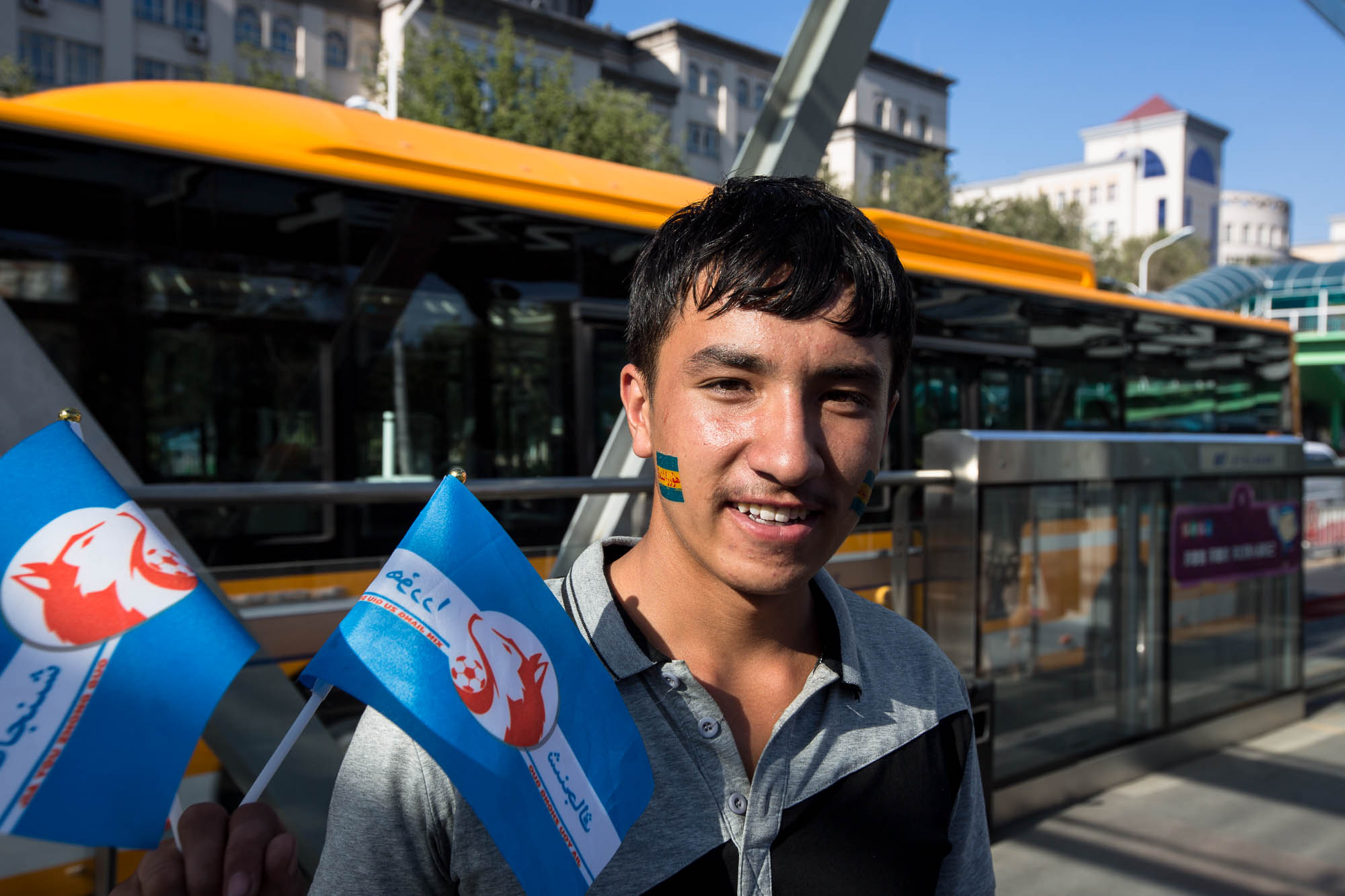 Xinjiang was playing the neighboring province of Qinghai 青海: 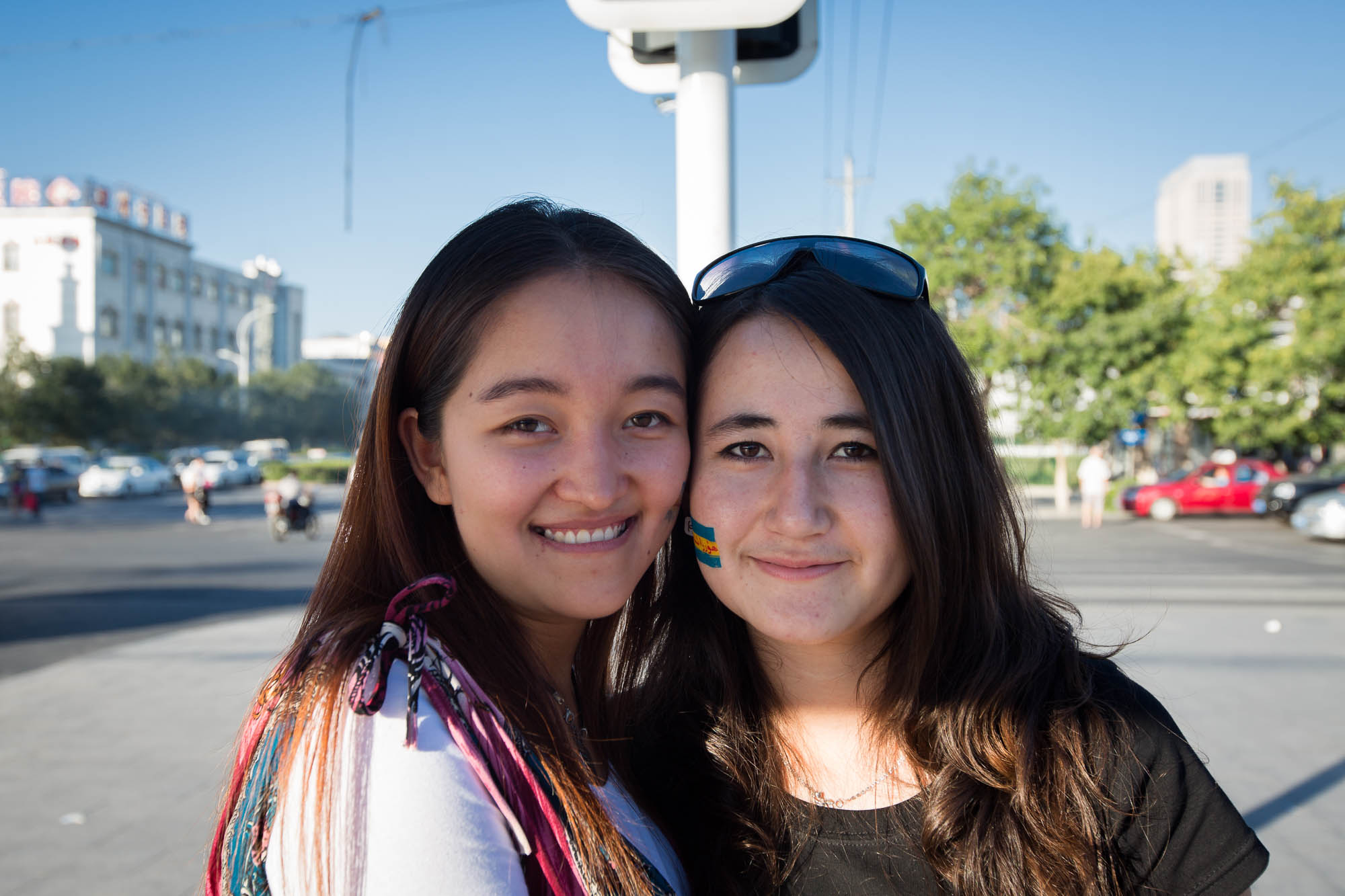 I heard some vuvuzelas and some cheering, and Xinjiang won 3:0.

Later that evening, Uncle Shen said hello for the camera:

It was good to be back.

Activity: waiting
Soundtrack: the sound of the vuvuzela