This post is about a 21km walk from Jiuguan to Baijing. It snows for the first time, and I see my first bit of the Great Wall.

Everything was white, and it was… SNOW!!

I said goodbye to the friendly farmers where I had spent the night: Then I rushed out the door. 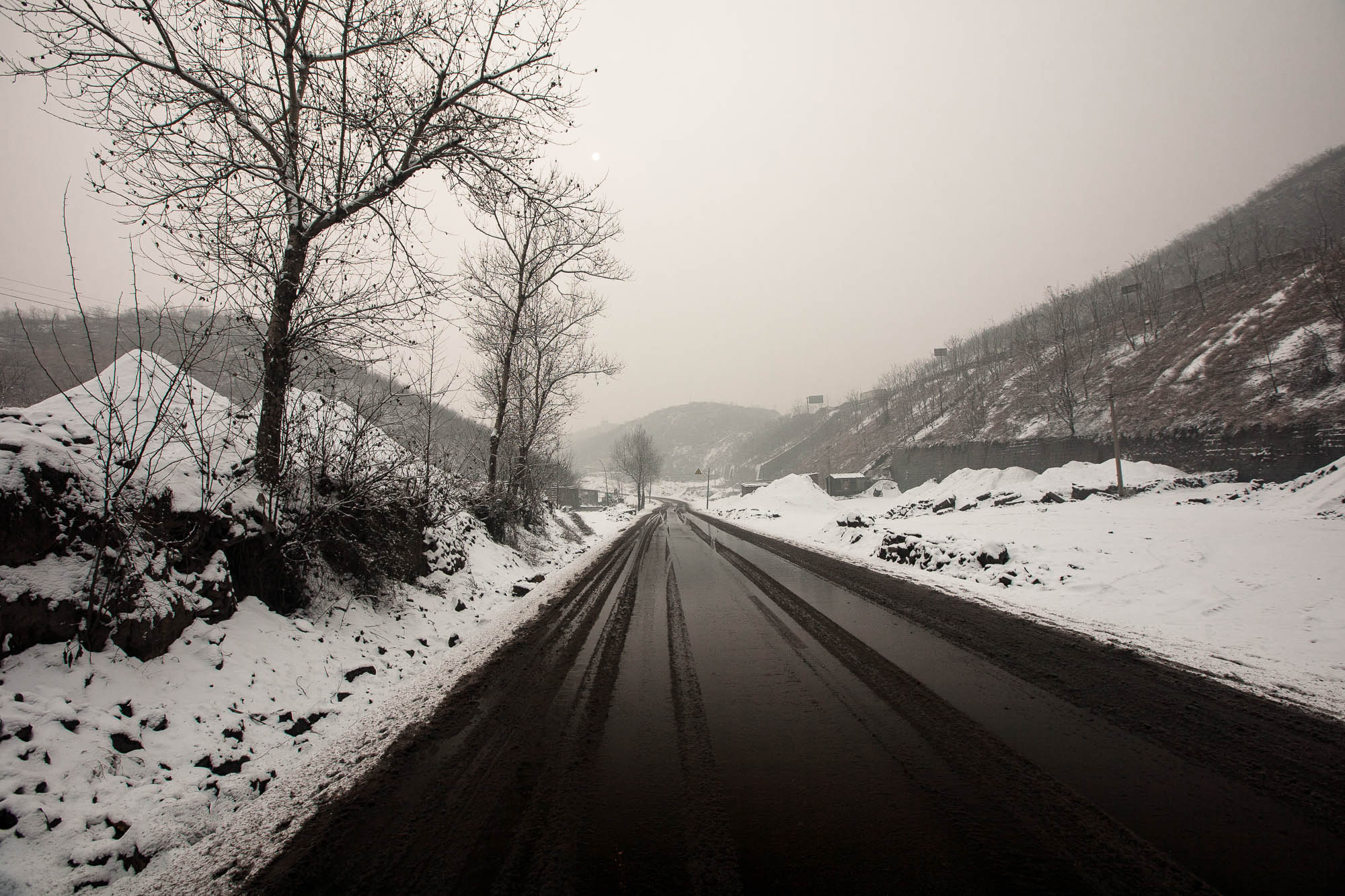 I didn’t expect this kind of weather would be a problem for anybody, but absolutely nothing moved on the road, no cars, no bikes, no people – except for me.

Then I saw my first bit of the Great Wall 长城 on this trip: This section is called Guguan 固关, and it has been restored and opened up as a park. You’d have to buy a ticket to get in. That is, during the tourist season you would.

Since everything was closed and I was desperate to go in anyways, a kind soul showed me a way around the main gate: Eventually I had to climb back down and continue walking, though.

People had been telling me that I would find a lot of traditional things in Shanxi, and it was true: 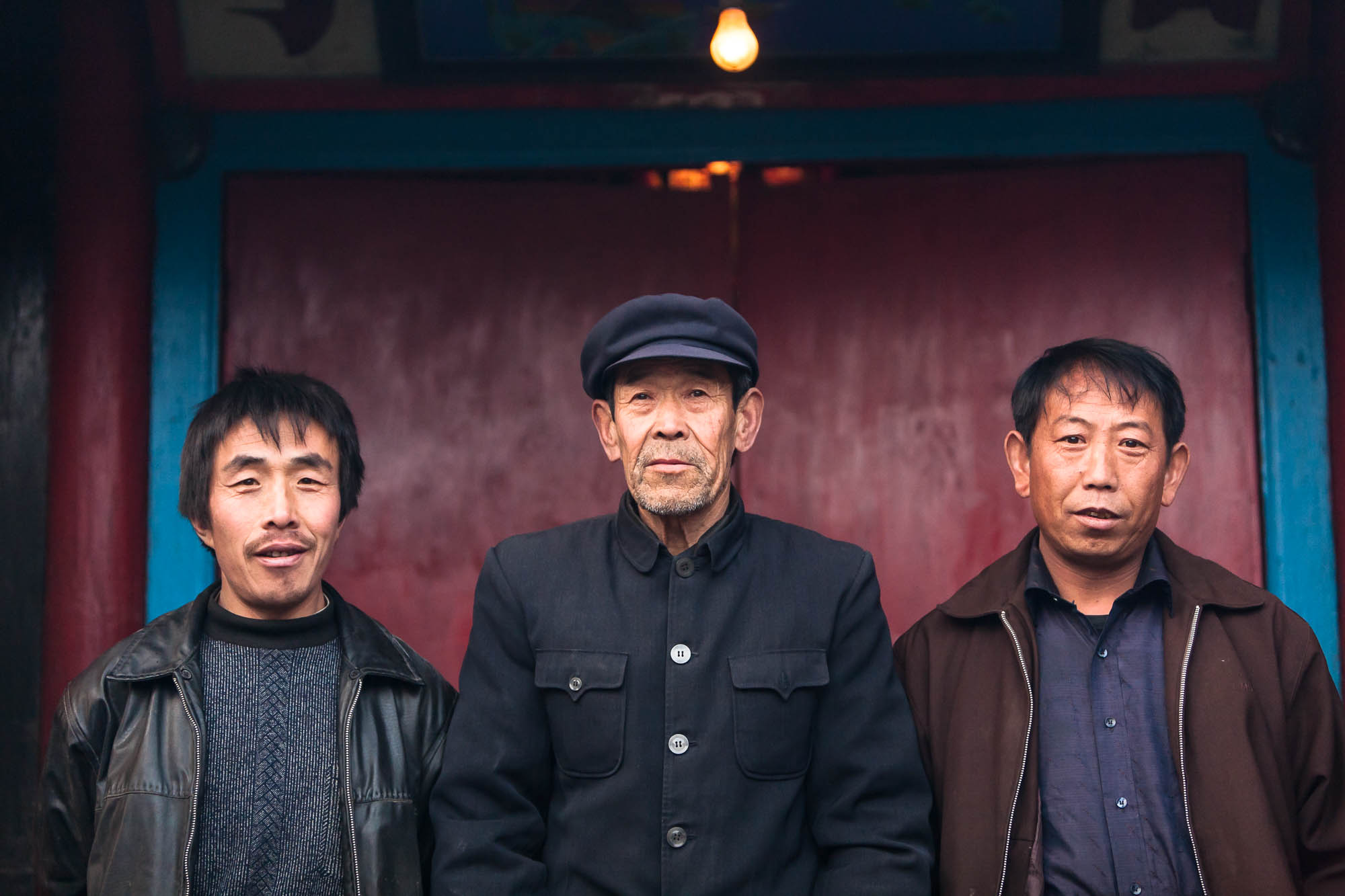 These gentlemen from a tiny stone village called Baimujing 柏木井 were so kind as to open up their temple for me, so I could have a look and take some pictures: This wasn’t a tourist attraction. It wasn’t historically protected or dedicated to any specific religion. It was just the private temple of a small mountain village. What I really liked about it was the feeling of lived spirituality and living tradition that I found there.

This was their temple. I liked that thought.

Further down the road that I had to walk from Jiuguan to Baijing I got the kid-shot for the day: Like a strawberry in all the black & white outside. She was a bit shy, but her friend was having all the more fun.

And I found something else that was interesting: This was in a small restaurant next to my hotel. The hand belongs to the woman who was waiting tables.

me: “A Buddhist symbol?” I have managed to find a hotel without heating – again.

It’s not that they don’t HAVE a radiator here. Two guys in blue collars have been running about the place trying to fix the damn thing for the last three hours.

Now they’re telling me the job is done.

It should get warmer in a while.

I really hope it will.