This post is about a 26km walk from Xinle to Zhengding. I hang out with some middle-school students in their work unit.

I said good-bye to my friends in Xinle today. Life in the spa was very pleasant, but eventually I had to get going, no matter what.

On the road I saw someone who seemed to be carrying a lot heavier yoke than me. The official retiring age in China is sixty. Many a good man is forced to work unimaginably hard until his last breath, though.

And so is many a good woman.

You can see them everywhere.

I shot wide-angle shots today, obviously, since I had my baby back. 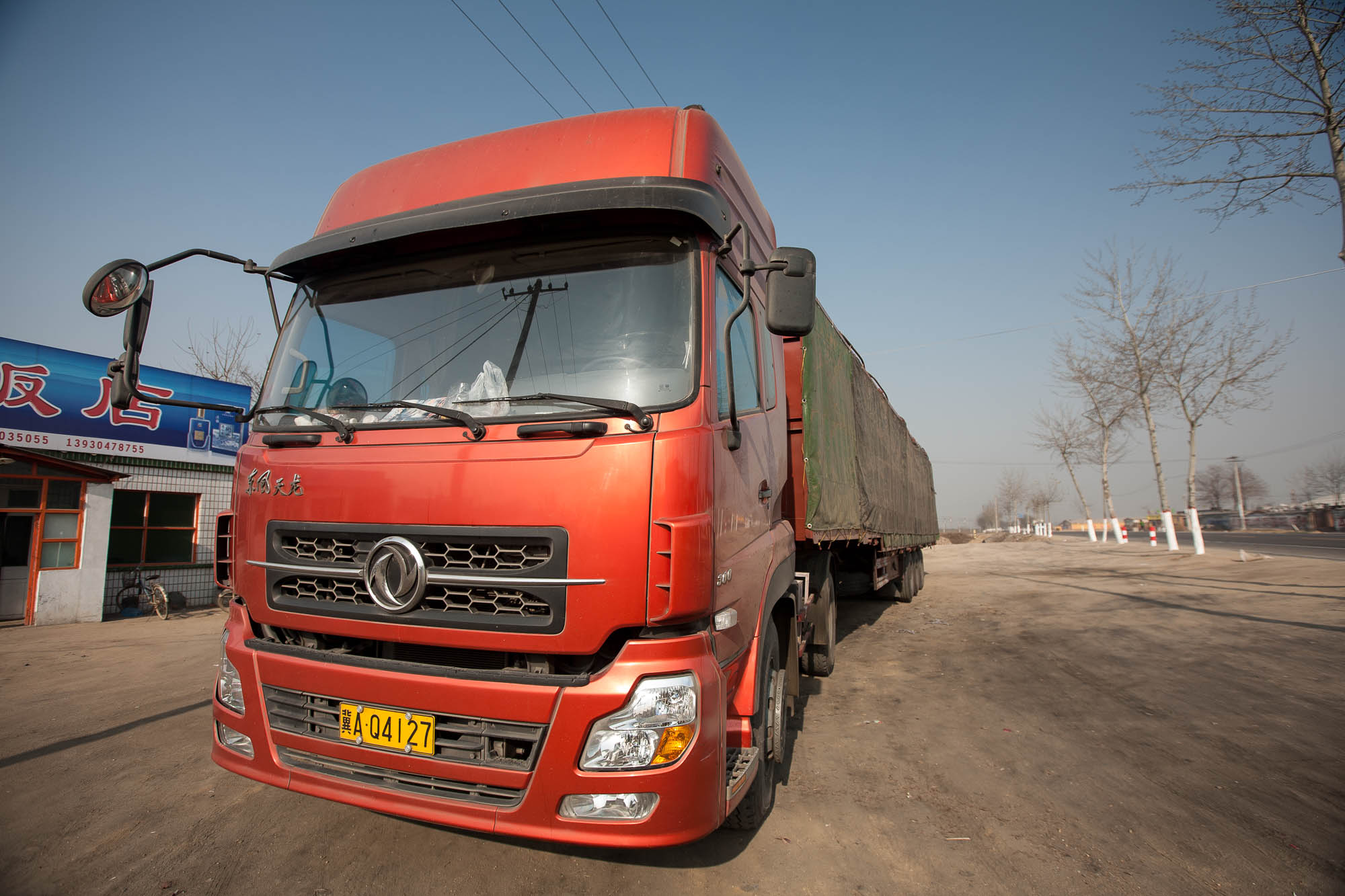 The generous use of space. And the feeling of a wide perspective.

At some point, while I was just minding my own business, quietly walking along G107, a group of brave middle school students came to hold me up: They invited me to their school, which was in the center of a work unit: Work units often feel like independent little towns. They have almost everything people need in their daily life.

I chatted with the kids for a while, and I found them extraordinarily eloquent and nice to talk to. They spoke standard, dialect-free Mandarin, which is always pleasant to the foreign ear.

We found a place to shoot some fun pictures: 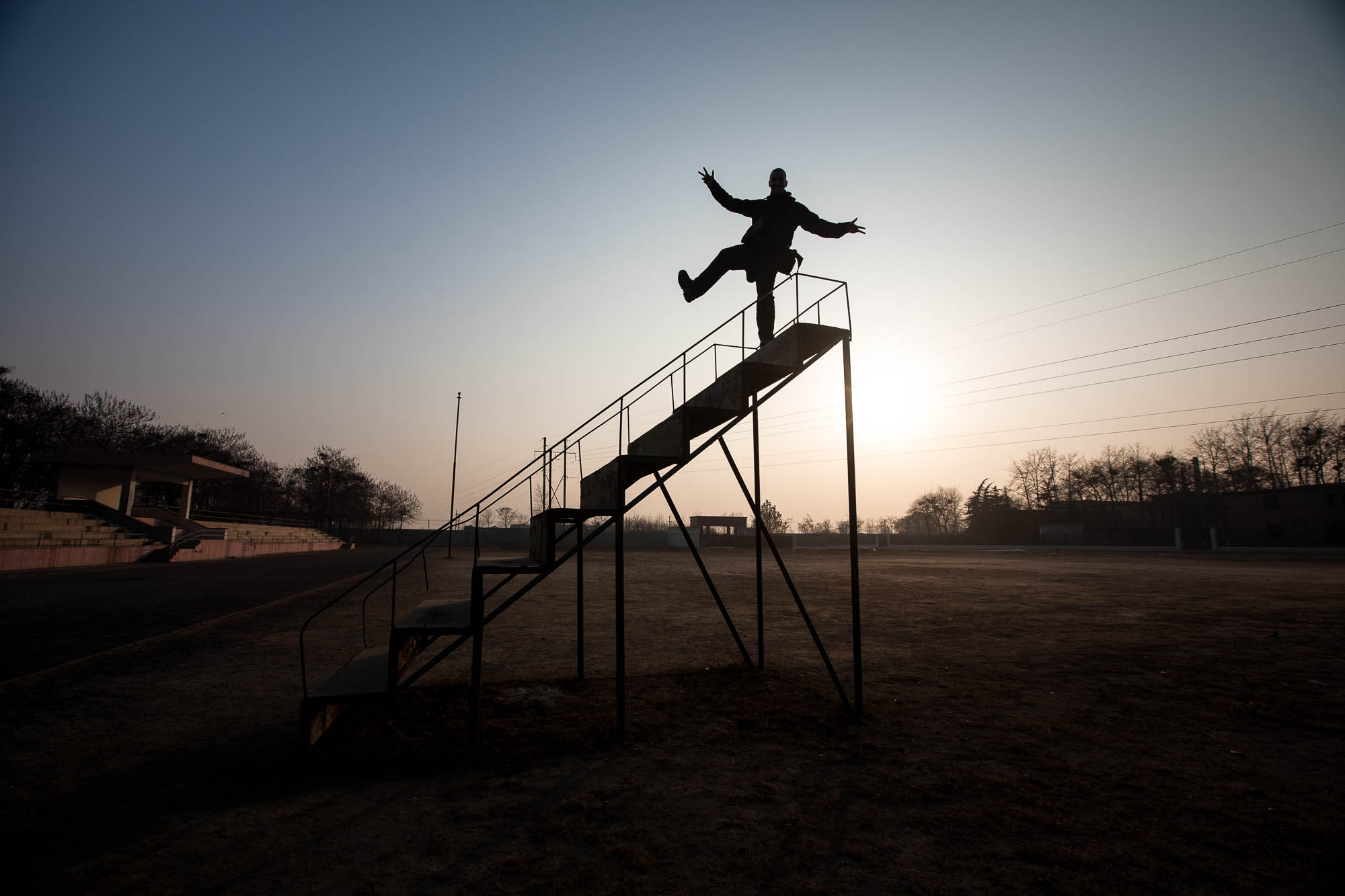 I was trying to explain the word “dramatic” – since I didn’t know the Chinese expression (shame on me).

Then I took a group picture of my new friends: I hope they’ll soon get a chance to look at this. From what I know these kids rarely have the time to be idle or play or get online.  The pressure to succeed in their studies is just too much.

I wish them luck.

When I continued to walk it was already getting dark, and some of the way became a bit of a helter-skelter: 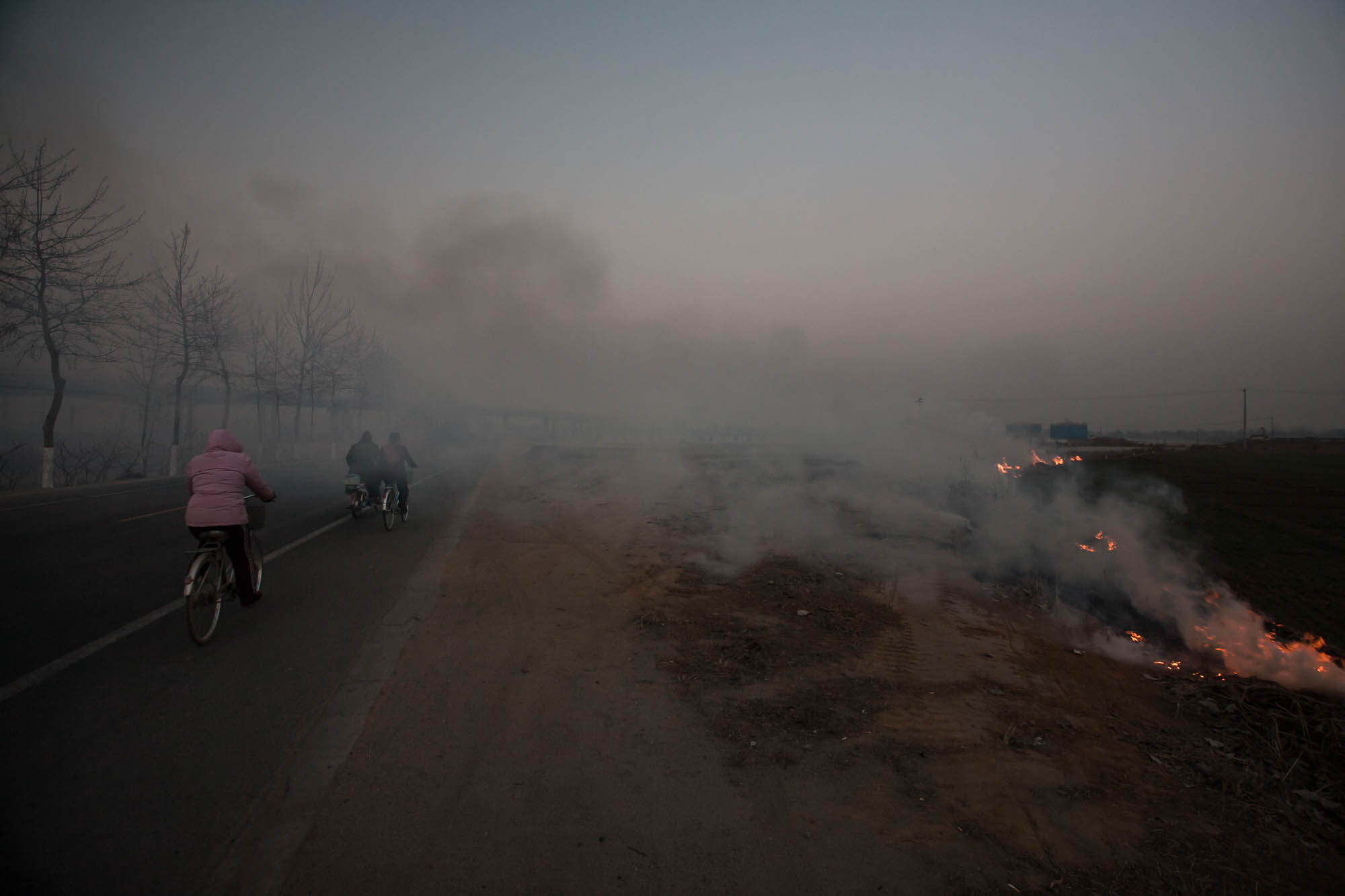 Now I’m in my hotel room on the outskirts of Zhengding. There’s a police series on TV, I have just had a nice and tasteful dinner, and I’m looking at the photograph above, the one of the old guy pulling his cart.

I guess my yoke is easy and my burden is light after all.