This post is about a 13km walk from Fangshunqiao to Wangdu. An immense fog has swallowed up the land, and I see a few accidents.

I could hardly see. 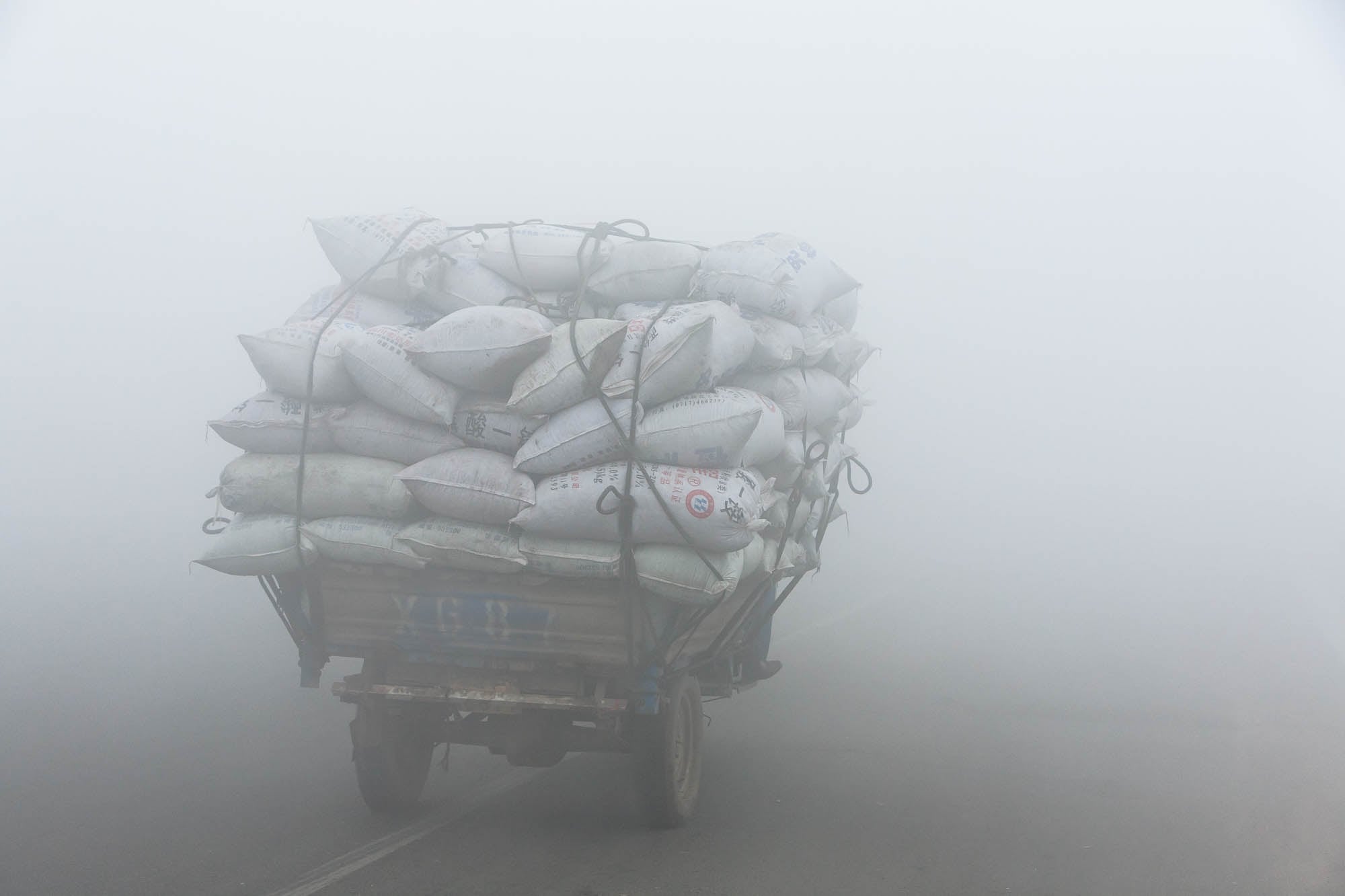 Everything was white, and it wasn’t snow.

Holding the land in its soft embrace, the fog brought destruction to the ones who drove haste-fully. I counted four massive accidents today. From what I could tell, there was a lot of physical damage, but nobody had been seriously hurt.

To me, though, the fog brought pure and absolute joy. It was as if very place… 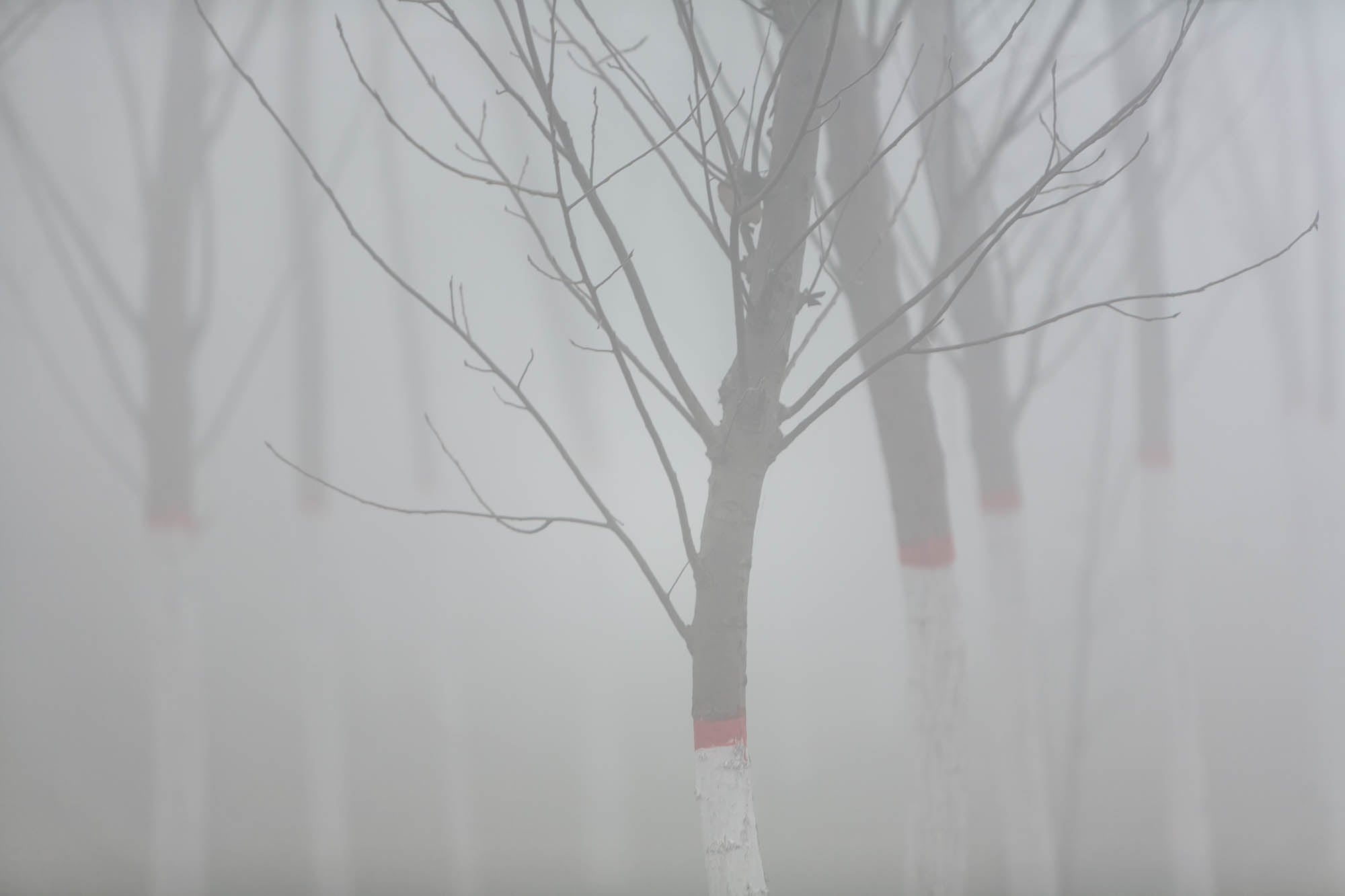 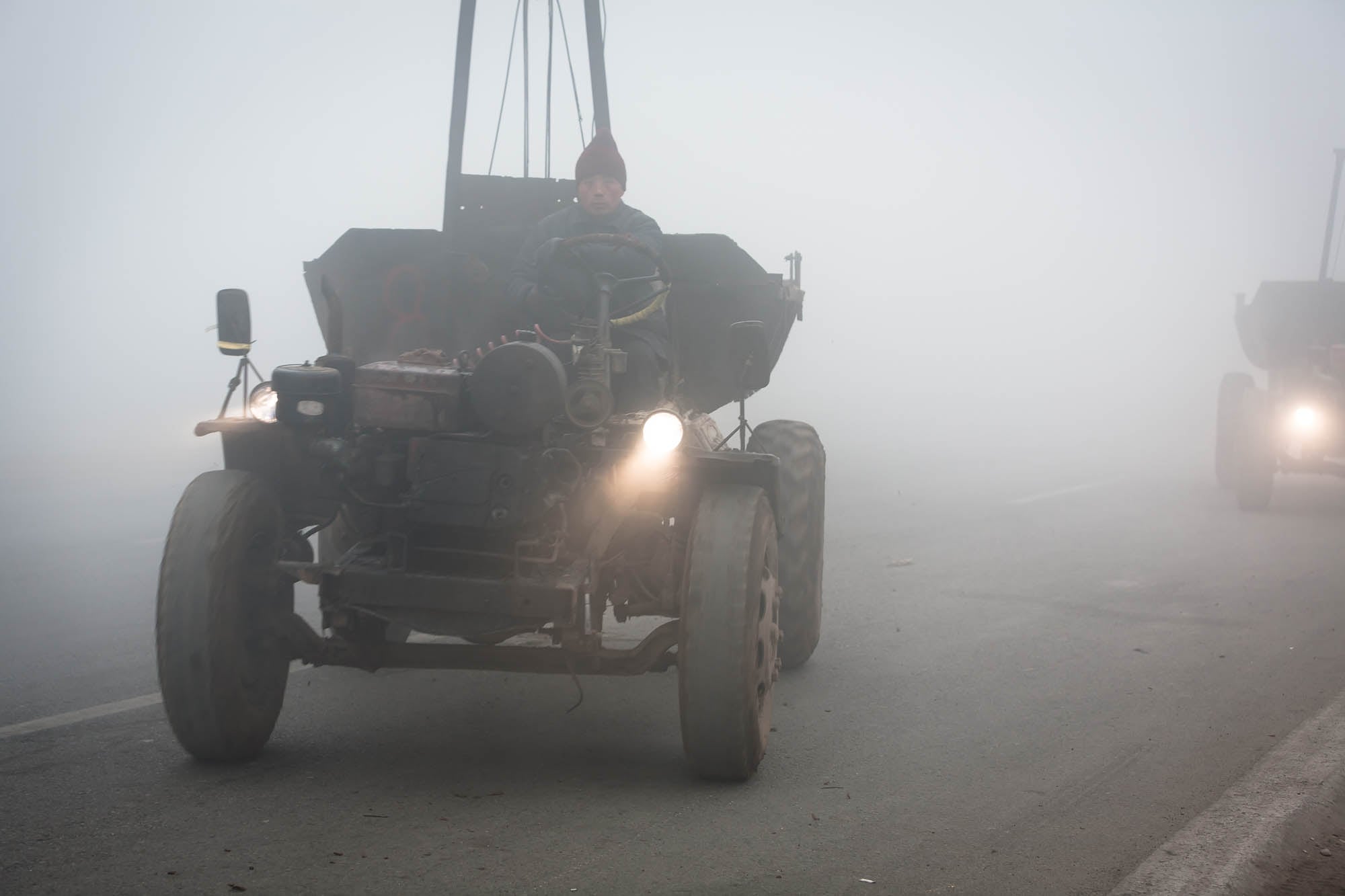 Stumbling through that beautiful whiteness I accidentally ended up at the annual market of a small village.

It was called Kongcun 孔村. When I got there, it struck me how virtually everyone seemed gifted with a certain amount of happiness. It was very charming. 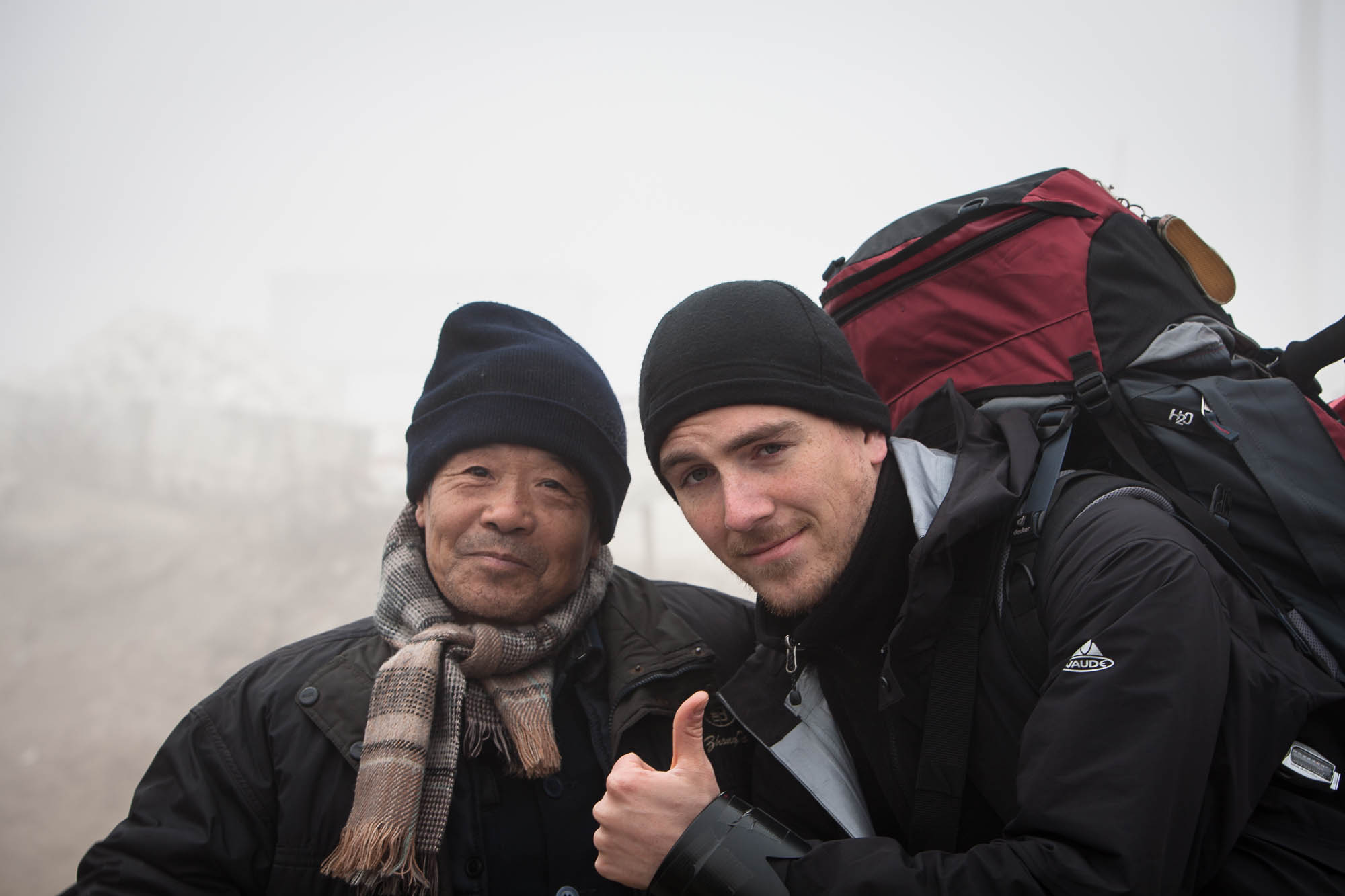 A police officer gave me some tangerines to eat and a pat on the back. Some people cracked jokes about the size of my shoes.

One guy got his 1,6m buddy and asked him in front of everybody: “You and this foreigner – who’s taller, eh?” There was great laughter and hallo!

Some people even came up to me and wanted to have their picture taken. This was something new for me, because most people I had been photographing so far had been a bit reluctant.

I hope the villagers can all see their picture. 看到这张“孔村合影”让我心里高兴！

When I got to the end of the village, there was a recycle yard. There were car wrecks. There was trash. And there was debris everywhere. But the fog was covering it all up.

While I was just standing around there, someone got a little friend and made him pose for the camera. He was a little bit shy, so we gave him a bigger kid as back-up. I love both the kids’ expressions on this picture.

The little one looks kind of like me on my baby photographs. He seems to be trying to maintain his physical balance while also trying to figure out what the hell is going on.

The big one reminds me of myself when I was his age and looking cool (both posture and face) started becoming a serious issue.

There doesn’t seem to be much color in any of these pictures, huh? This was because the fog never cleared up. It was only in the evening as I reached a bigger settlement that I would see colors again. And it was mighty green.

I hope I was right, and nobody died or got seriously injured during my walk from Fangshunqiao to Wangdu today.