This post is about a 24km walk from Iuriu de Câmpie to Dezmir. I reach the outskirts of Cluj and sleep in a tiny house.

It had rained hard during the night. When I got up and opened the door, there was a myst in the air. I could see a cloud crawl over the hilltops in the distance.

Pedro came and said some things that I did not understand. His facial expression seemed to suggest that they were good things,  so I smiled and gave a thumbs up. Then he waved goodbye and trotted off.

I went to the barn, surprised the pig that was sleeping in the barn, got the Caboose, and loaded her up. Then I trampled through the mud until I was back on the road. I took a breath of relief and marvelled at my luck: those dirt paths through the fields would’ve been impossible to do today.

I was glad to be back on the asphalt. The weather forecast saw another thunderstorm coming my way. I decided to wing it and walk as far as I could before it hit.

There was an uphill, then a holiday resort village called Cojocna, and then another uphill. I hit the main road to Cluj at about five in the afternoon. At this point the clouds had pulled themselves together and decided to become a full-blown thunderstorm after all. I made my way down the busy road, along a never-ending stream of cars and trucks, under an increasingly dark sky, wondering where I should spend the night.

The first guest house on the map didn’t exist anymore. The second one was fully booked. The third one was booked as well. I looked back at the map. TINY HOUSE it said in a place about three kilometers from me, and when I clicked on it, the price seemed okay. 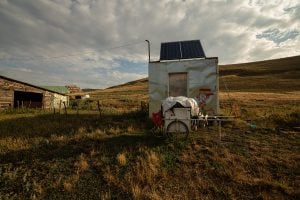 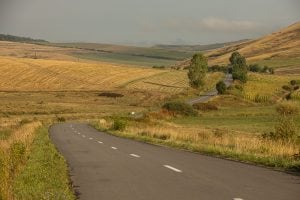 the road to Cluj 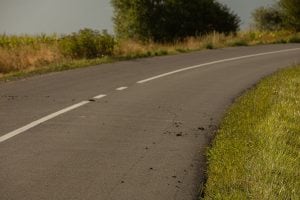 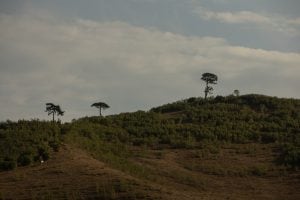 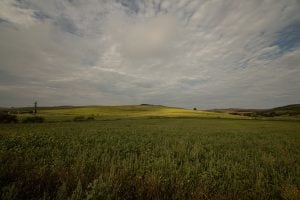 clouds over the fields 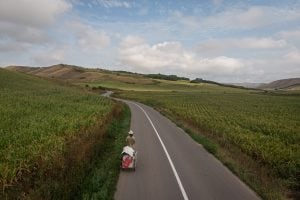 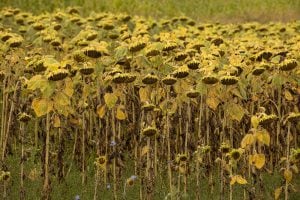 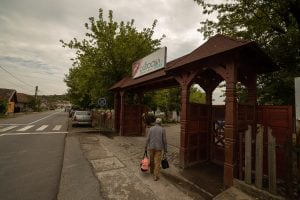 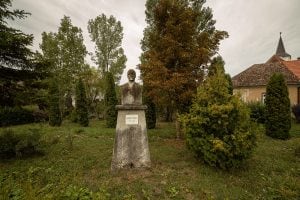 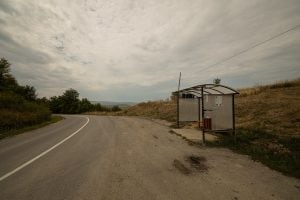 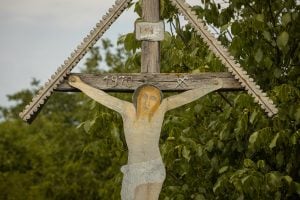 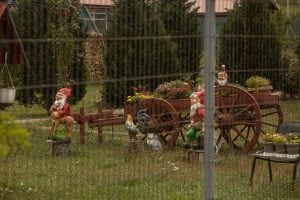 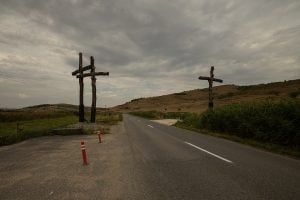 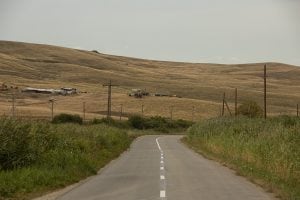 the hills before Cluj 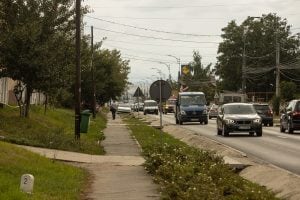 traffic on the road to Cluj 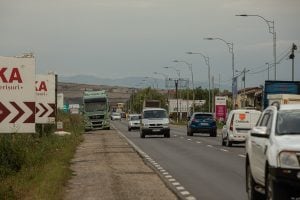 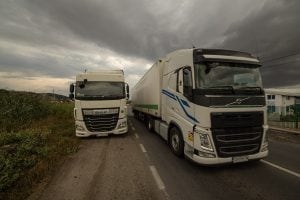 how are we supposed to squeeze past? 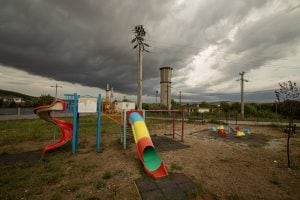 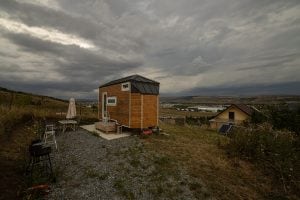 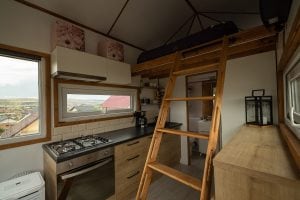 inside the tiny house 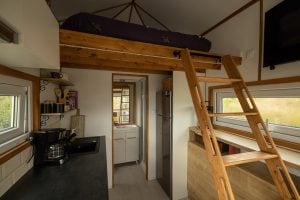 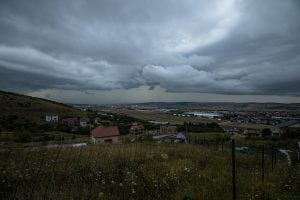 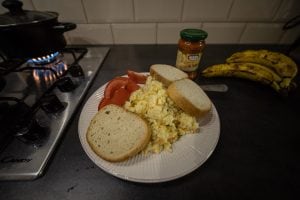