This post is about a 32km walk from Godeanu to Ponoarele. I start off with a morning beer, and toward the end I struggle a bit.

The night was good, but it was over too early. I had pitched the tent in the shade of the late afternoon, which meant that now it was in the morning sun.

I got up and brushed my teeth, packed up the tent and all the other things, then I opened the beer that Christian had given me the day before. Somehow I had been hoping that the night would cool it down a bit, but it hadn’t. I drank it anyway, overlooking the cross and the hills that I had walked the day before.

The road was nowhere near as difficult as the day before. It went up and down past fields and little villages, and sometimes it would cross a patch of forest.

It was in a forest that I ran into Calin. He had stopped his car to get some water from a drinking fountain. I had stopped the Caboose to do the same. We started talking, and it turned out that he lived on the other side of the mountains, in a town that I would likely cross on my way. He had come here to measure an ancient church in a village nearby. “Gotta try to protect them before they’re gone,” he said.

I got caught in a rainstorm a little bit after that. It wasn’t so bad. I waited it out under the cover of a tree.

The last two or three hours of walking were difficult, though. I could feel the exhaustion of the day before in my legs, and I found myself struggling with the uphills and the downhills. I sat down a lot, and I munched on trail mix a lot. When I finally got to the village of Ponoarele, I was too tired to go and try to find something to eat. 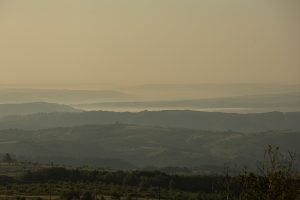 early morning at the Cross Of Godeanu 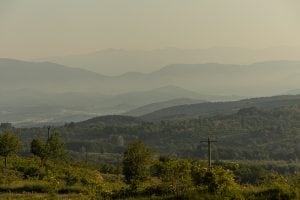 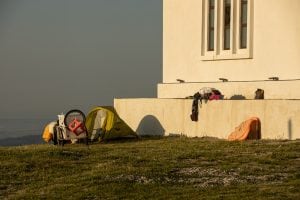 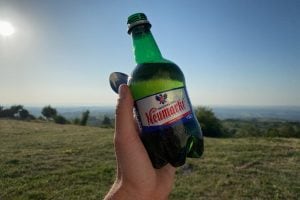 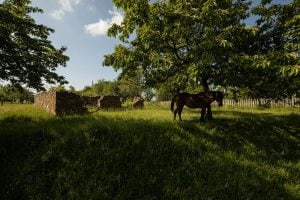 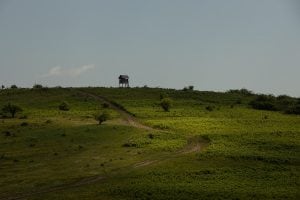 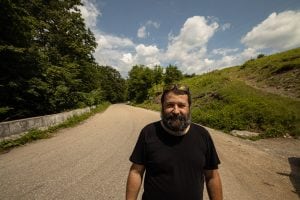 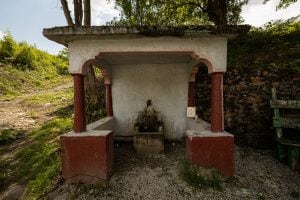 drinking fountain in the Romanian forest 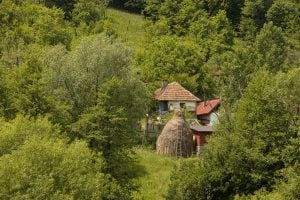 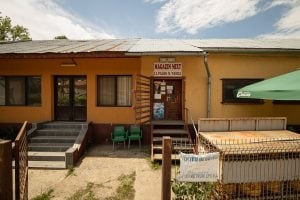 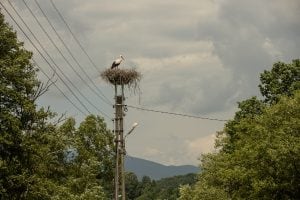 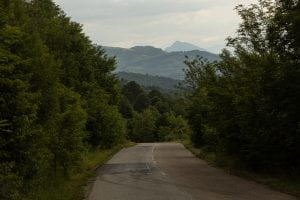 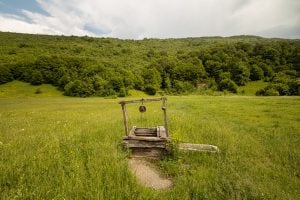 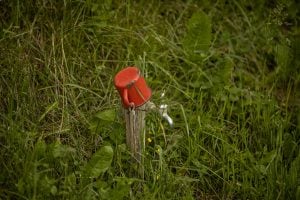 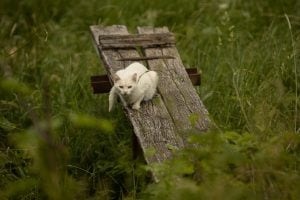 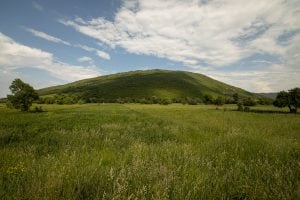 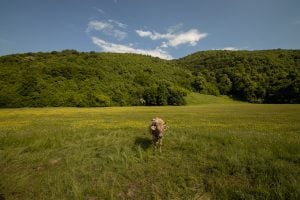 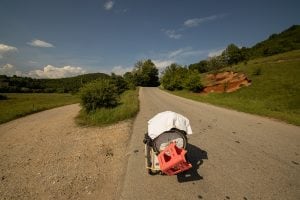 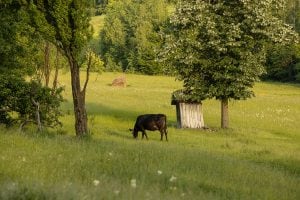 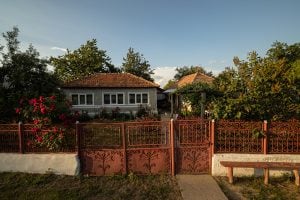 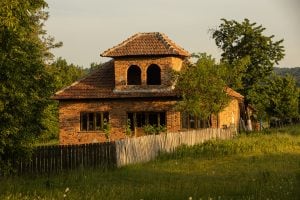 not sure if this house was abandoned or unfinished 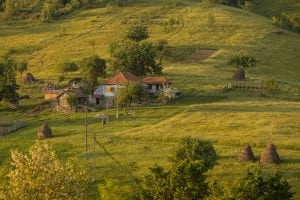 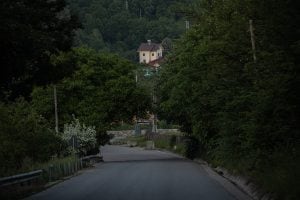