This post is about a 22km walk from Dragoman to Dimitrovgrad. I pass the border from Bulgaria into Serbia.

People had warned me about the highway to the border: it was under construction, and so it was very narrow and very dusty. Also it was apparently quite busy.

I stayed on the narrow, dusty, busy highway for only a few minutes. Then I got to a place where a small road branched off of it. I talked to an old man in a car and learned that this was a side road that also led to the border.

The side road was awesome. It was old and bumpy, and most of it was cobblestone, which made it a bit difficult to walk on. But there was almost no traffic on it, and most of the time I heard nothing but the birds and the wind in the trees. Also, the road was romantic: it followed the ancient Roman via militaris that led from Istanbul to Belgrade.

I loved the road.

When I ran into a guy on his afternoon walk we started talking and ended up going to his house to have tea. His name was Offer, and he had moved here from Israel. He wanted to be in the forest, he said, and far away from the crowds and the noise. There was a shy black cat in his yard, and during the next few hours, as we were sitting there having tea, I did not see a single other human being.

I reached the border in the late afternoon, after navigating through an almost impossible stretch of road work. And then I was there. The road widened, and there were all these lanes leading into what looked like toll stations. I got out my passport and braced myself. Too many of my border experiences had been complicated.

But only a short time later I was on the other side. This had been the easiest border so far. One passport check on each side, no weird questions, no suspicions, no opening up of the Caboose, nothing.

They had just let me through.

The walk from Dragoman to Dimitrovgrad: 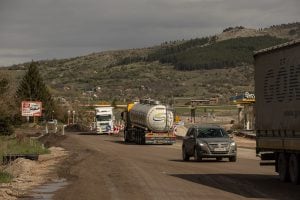 highway to the Kalotina border 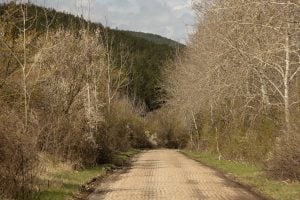 the old road from Dragoman to Dimitrovgrad 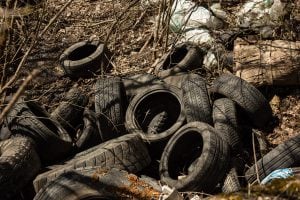 someone dumped his tires by the road 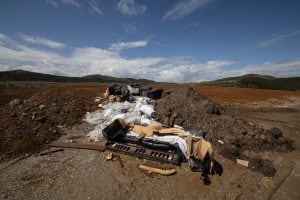 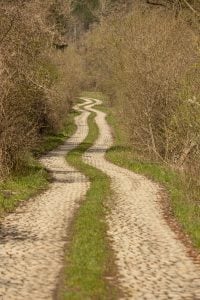 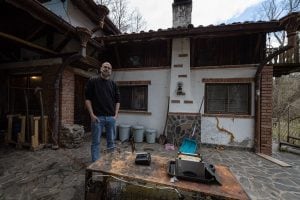 Offer in his yard 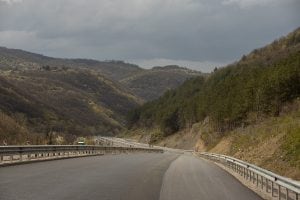 the new highway from Dragoman to Dimitrovgrad 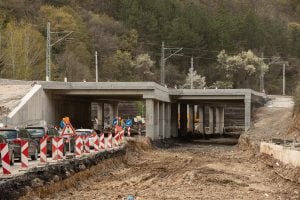 road work at the Kalotina border 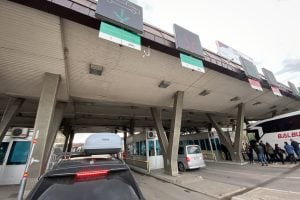 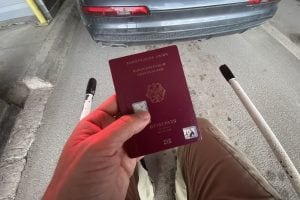 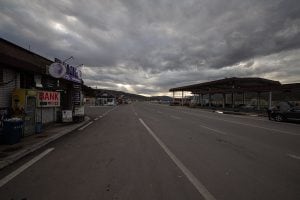 The Longest Way has arrived in Serbia 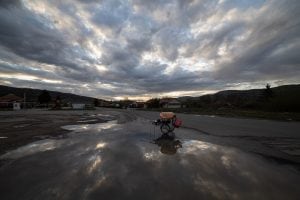 the Caboose in Serbia 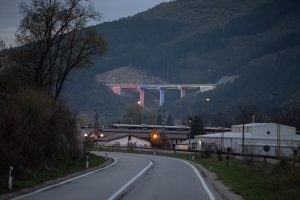 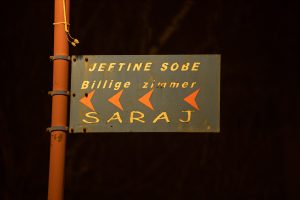 Day 537
from Dragoman to Dimitrovgrad