This post is about a 10km walk from the Chapel Of The Virgin Mary to Lozen. I take the wrong way and end up having a difficult day.

The night had been surprisingly okay. I got up and put on a pair of dry shoes from the depths of the Caboose. Then I said goodbye to the abandoned house and the chapel, and I started walking.

This was where I made my mistake. I needed to get to the village of Lozen near Sofia. It was where my friends lived, and where the Caboose was going to wait for me while I was in Germany. There were two ways to Lozen: either the main road or a string of gravel roads and little paths through the countryside.

I chose the latter, and that was my mistake.

on the gravel road

The gravel road seemed okay at first. It was muddy, sure, and in some places the melting snow had collected in large puddles. But it wasn’t so bad. And I preferred it to the main road with its crazy drivers.

The night before a driver had stopped his car to yell at me. It was late at night, and I was wearing my reflective vest and my head torch. I was walking on the left side of the road in order to be able to see the oncoming traffic. One driver had somehow still managed to see me only very late, swerving and honking his horn, and then he had stopped his car behind me, and I had listened to him yell into the darkness while I kept walking on.

I preferred a road without drivers.

when do you turn around?

The path I had chosen showed its true face when it went through an underpass across the highway. There was a mud pit in that underpass. It looked like Woodstock. I chose to fight my way through the mud, thinking that this was going to be the worst, and that it would get better after.

There is a thing called escalation of commitment. It’s often referred to as the sunk-cost fallacy. It’s basically when you go to a club and you pay 20 bucks at the door, and then once you’re in you realize that it sucks, but you decide to stay anyway because you have already paid the 20 bucks, and so you end up punishing yourself for hours in that shitty club, committing to your initial bad decision.

I was thinking about this as I was dragging myself and the Caboose through the mud, as we got stuck, as I stepped into a body of water, first with one foot, then with the other.

What the hell was I doing out here, and why didn’t I just go back?

There was, however, a redeeming moment. One time I arrived at a pasture with two beautiful black horses on it. When they saw me from afar they started sidling about, throwing their heads up and down, and I was pretty sure that they couldn’t stand me for some reason.

But then they came right up to the fence.

“What the fuck, dude?” they asked me.

I know, dudes, I replied.

Yeah, turns out I took the wrong way.

It was so beautiful I wanted to cry.

Waking up in the abandoned building near the Chapel Of The Virgin Mary: 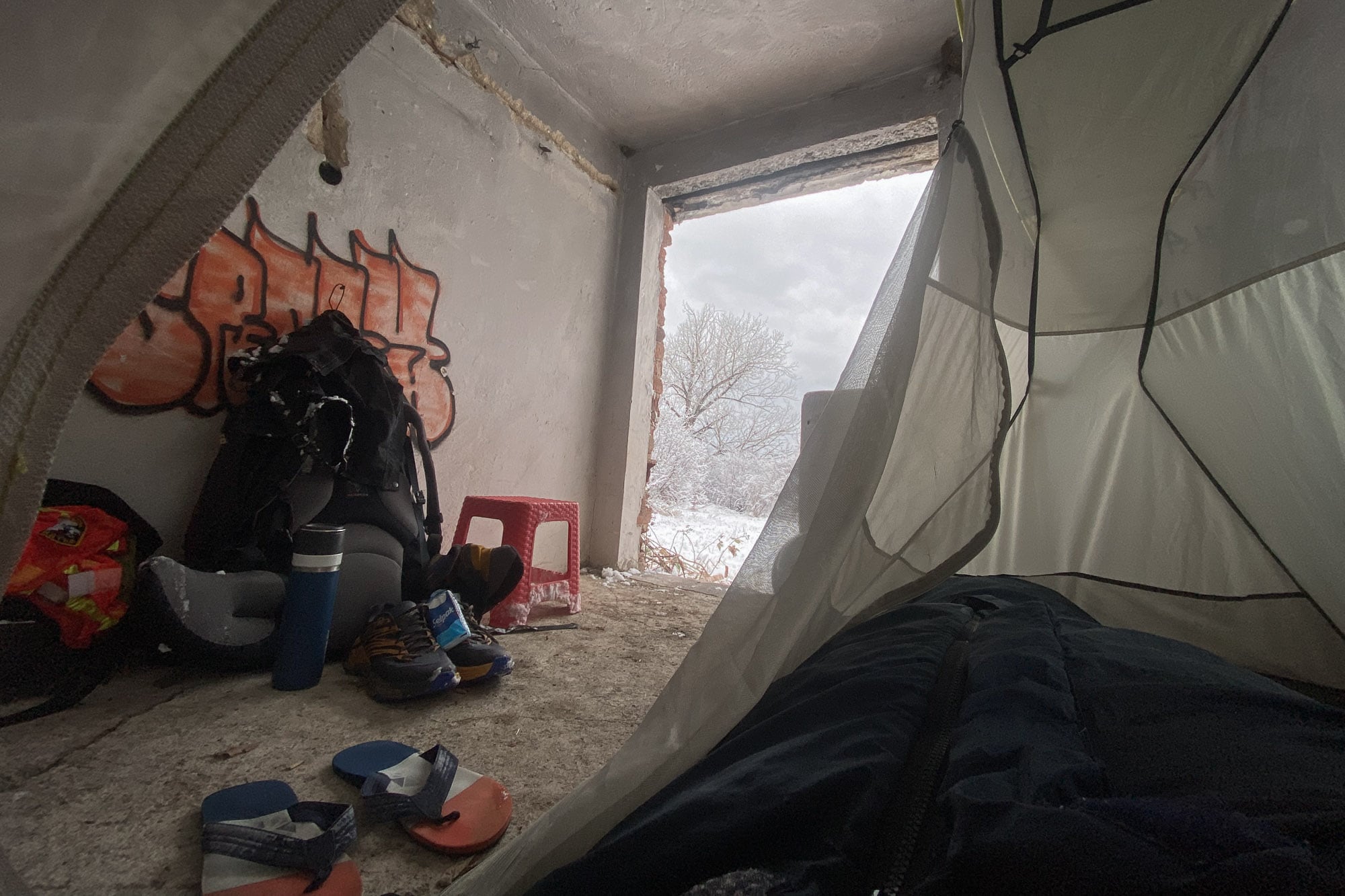 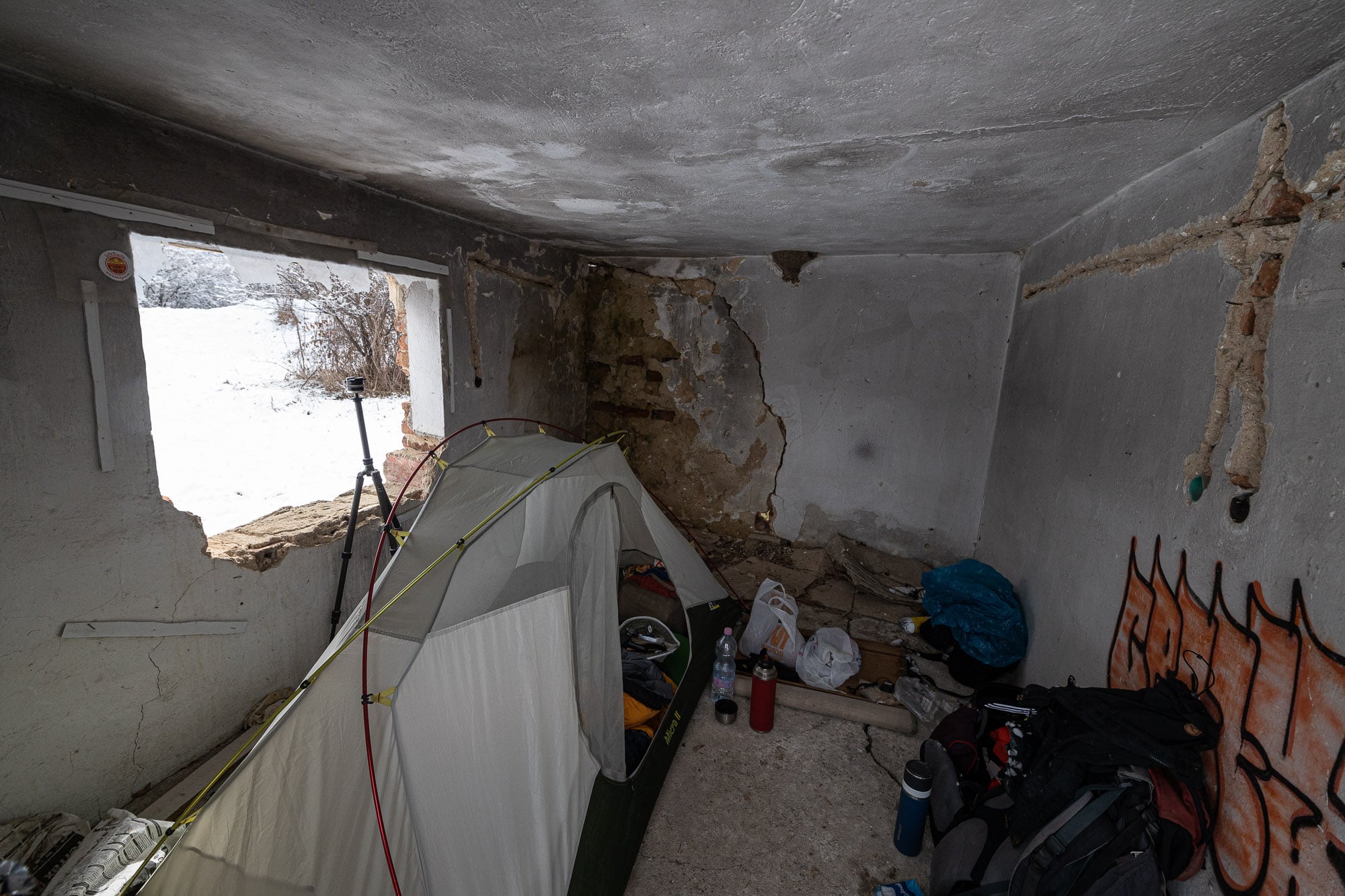 The Chapel Of The Virgin Mary: 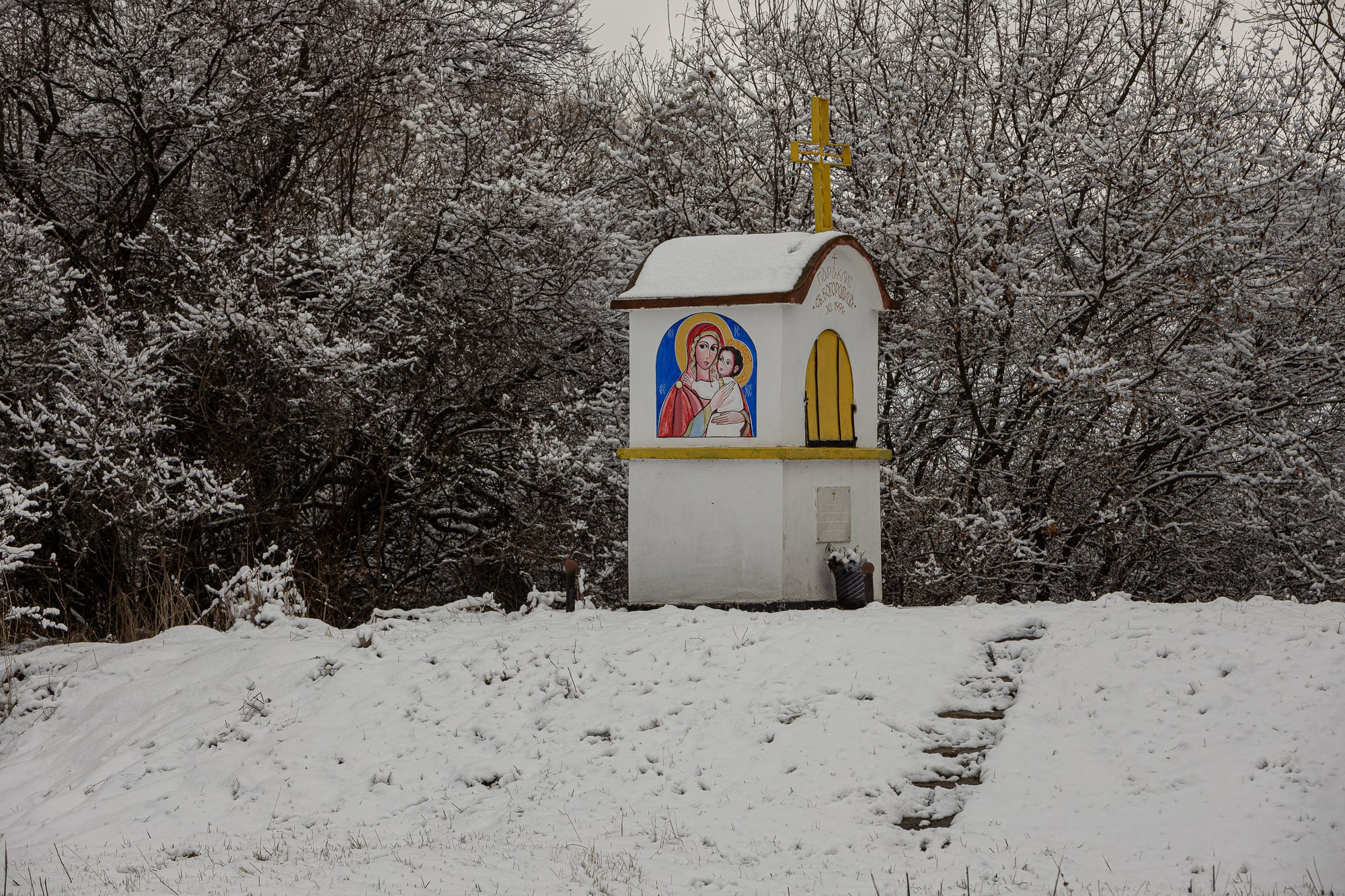 Beginning of the wrong way to walk from the Chapel Of The Virgin Mary to Lozen: 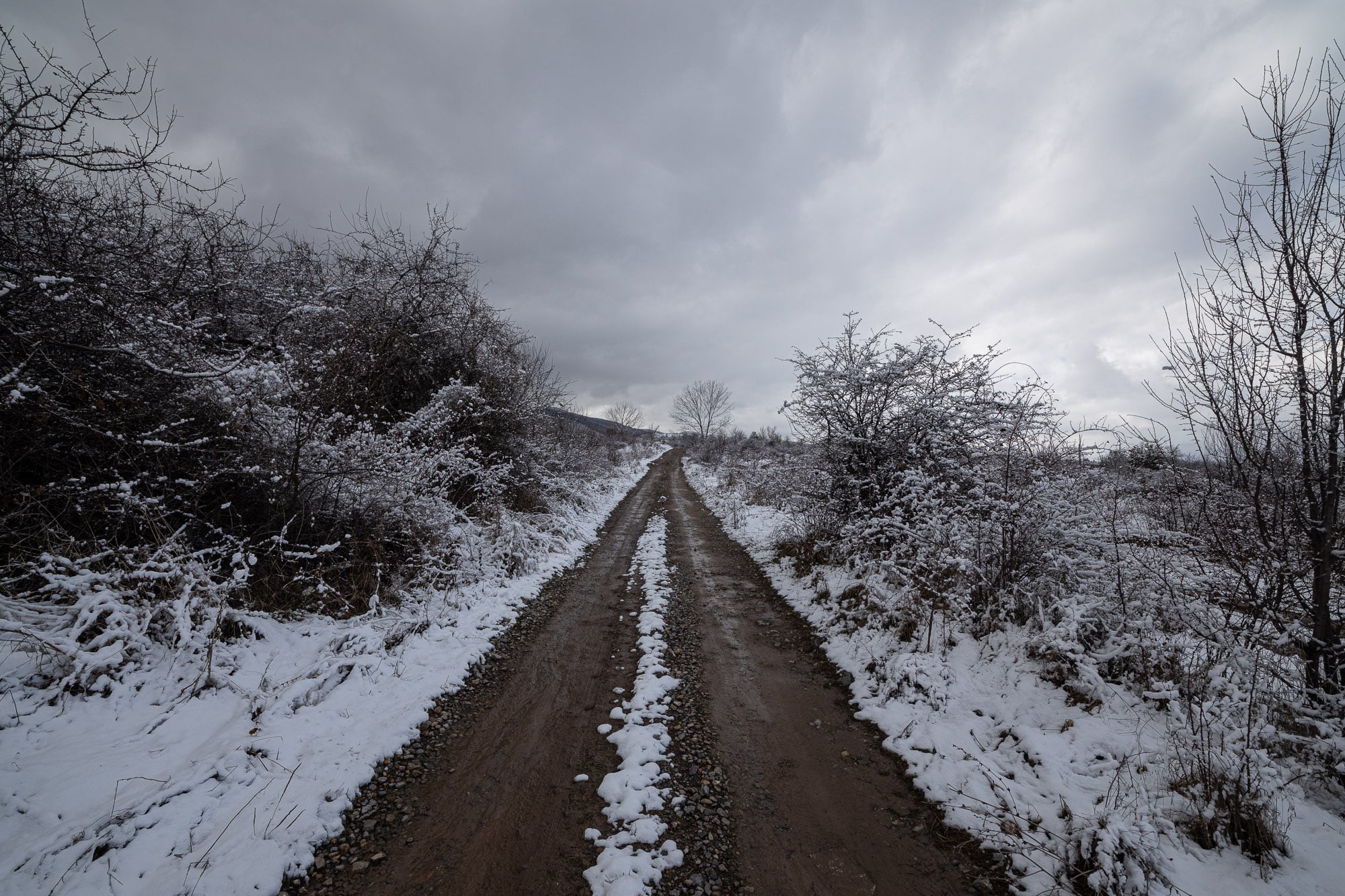 Both ways are wrong (but I don’t know that yet): 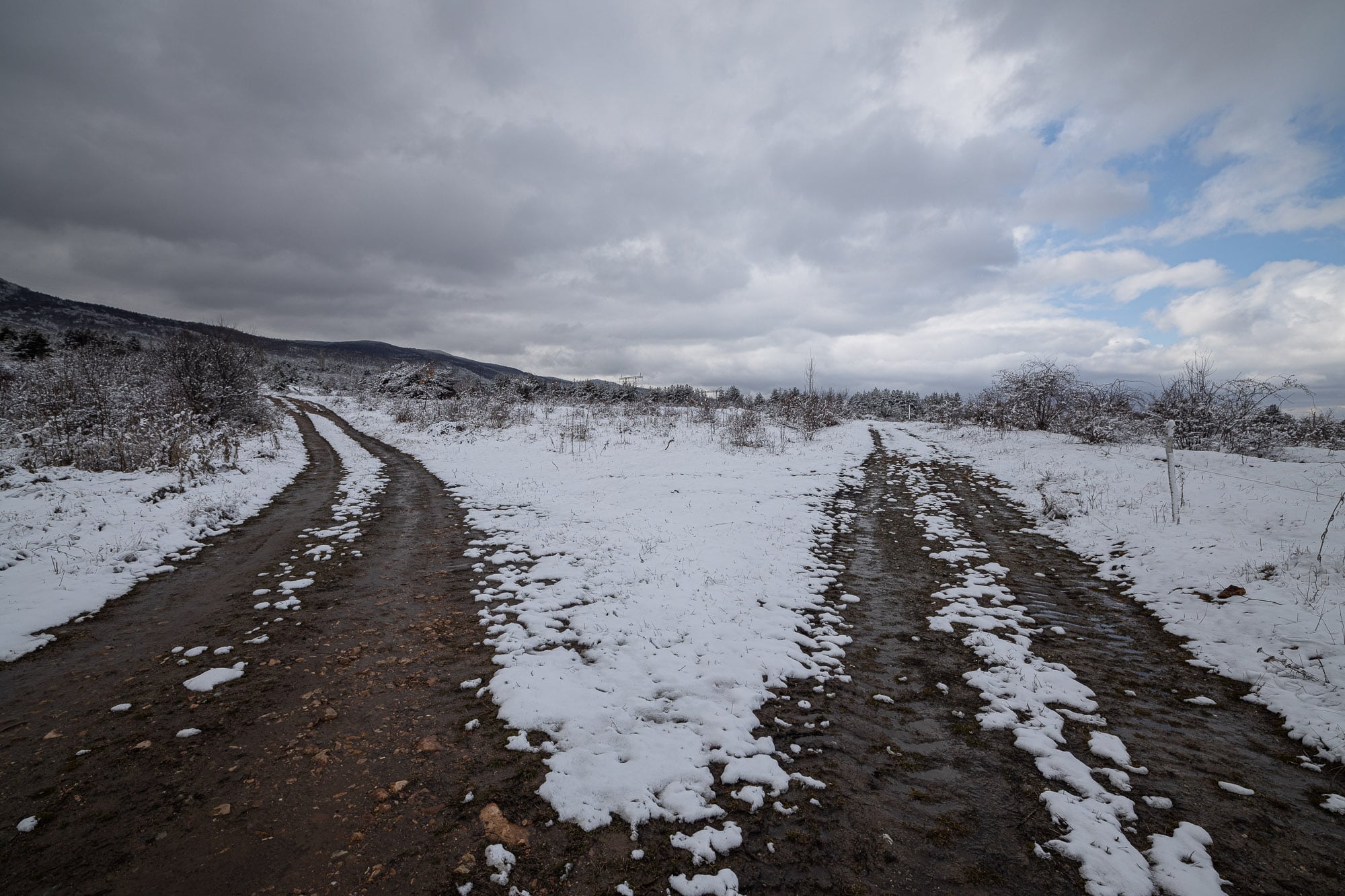 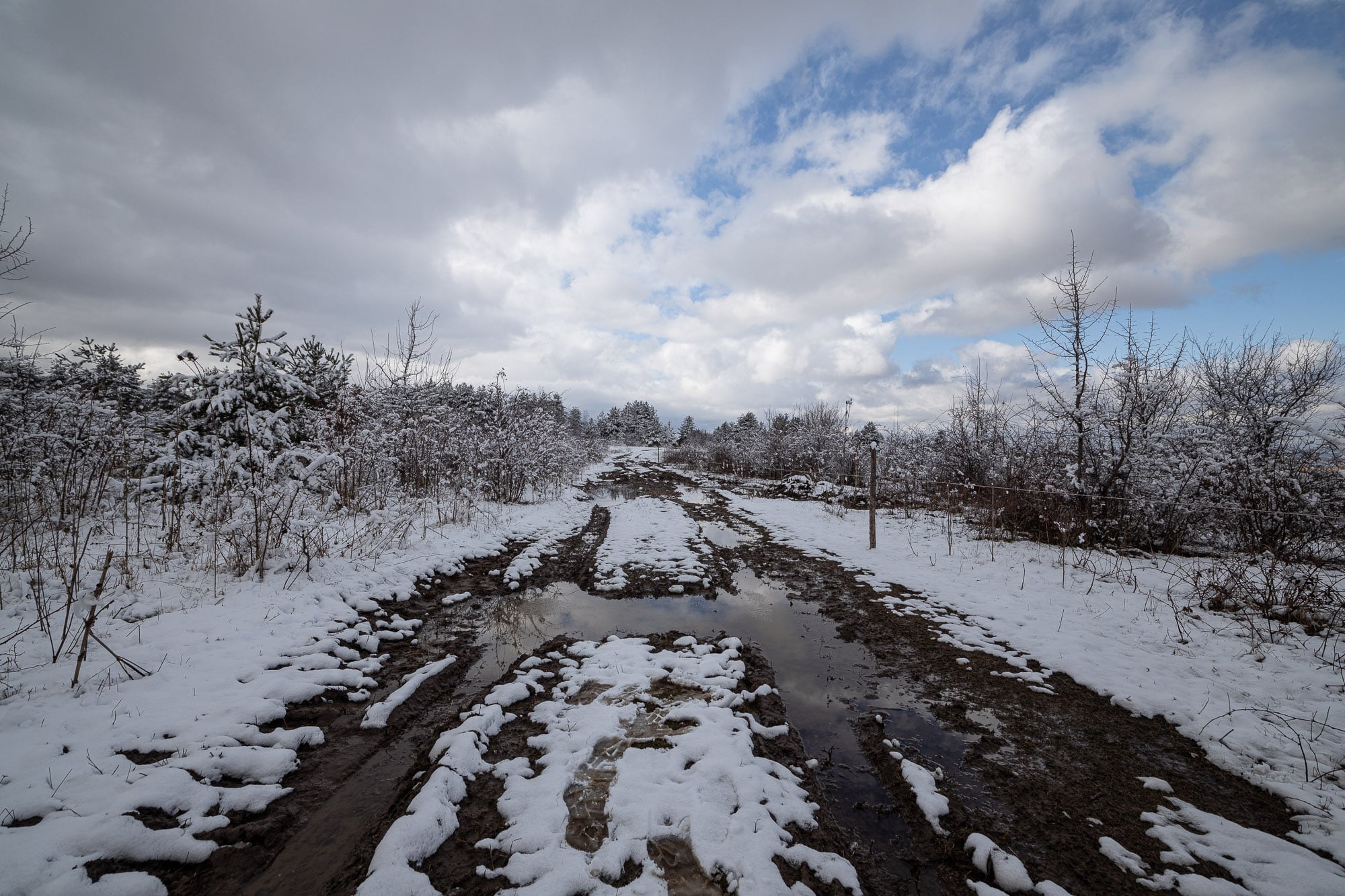 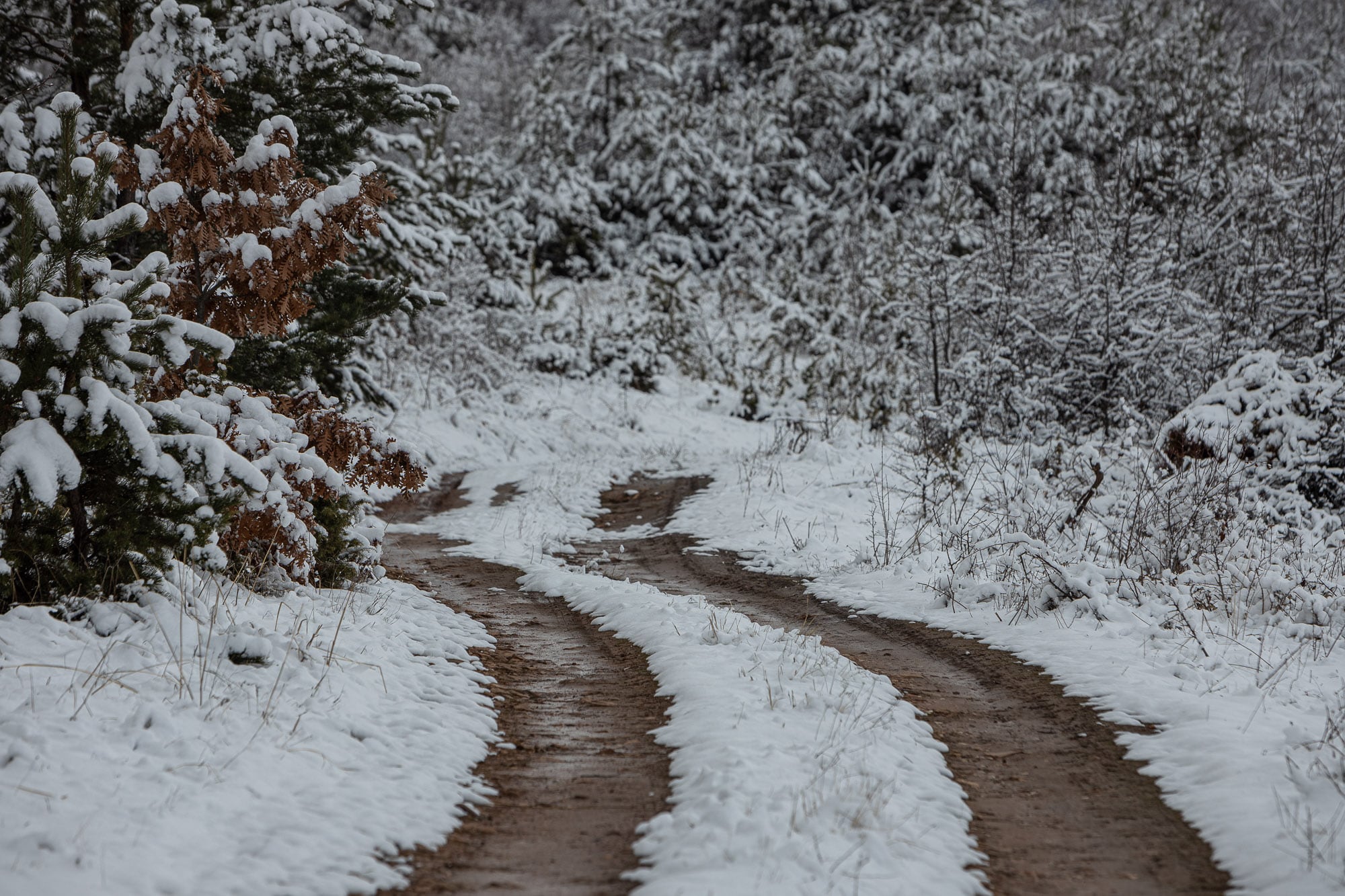 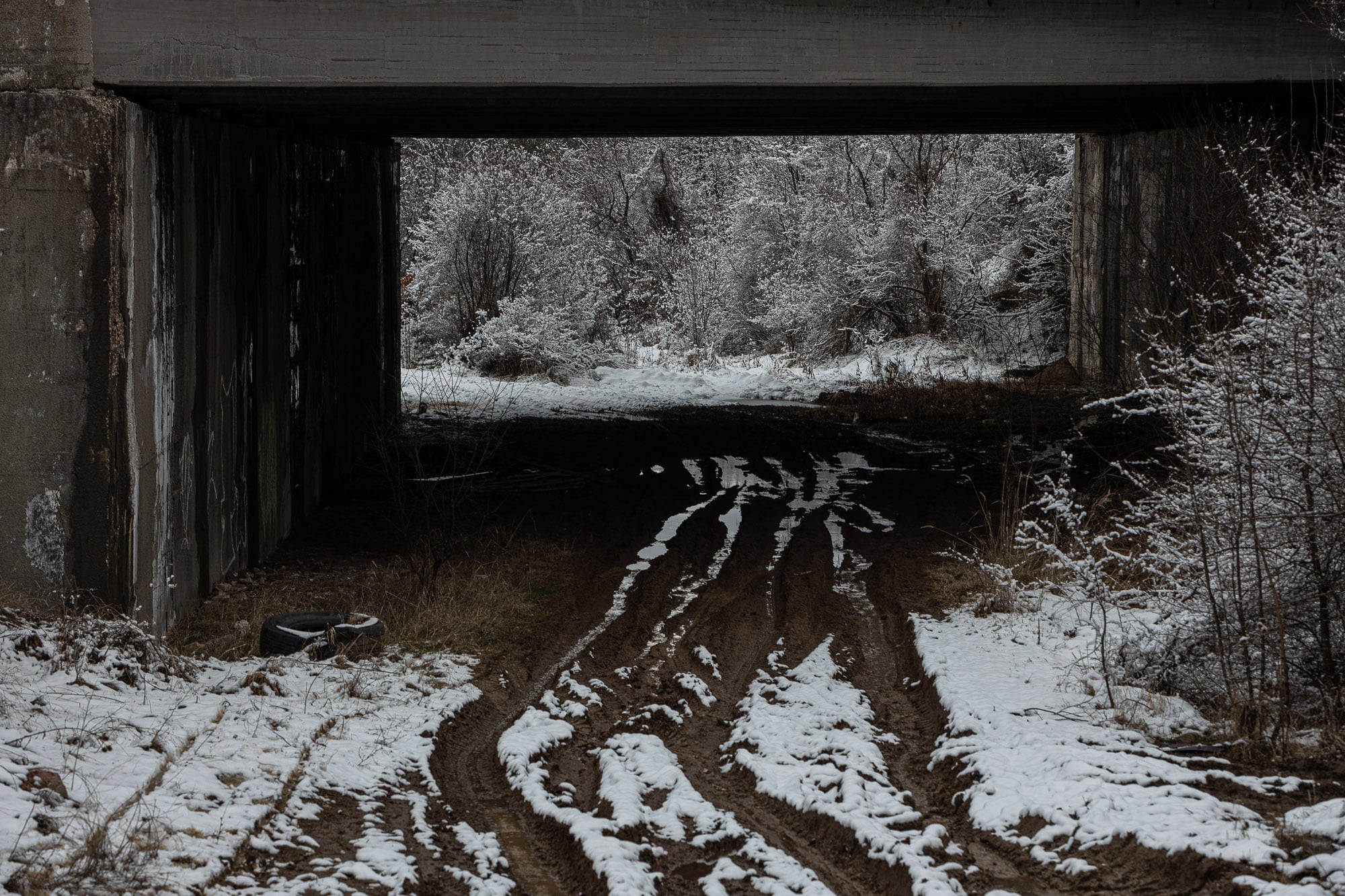 Sofia from the distance: 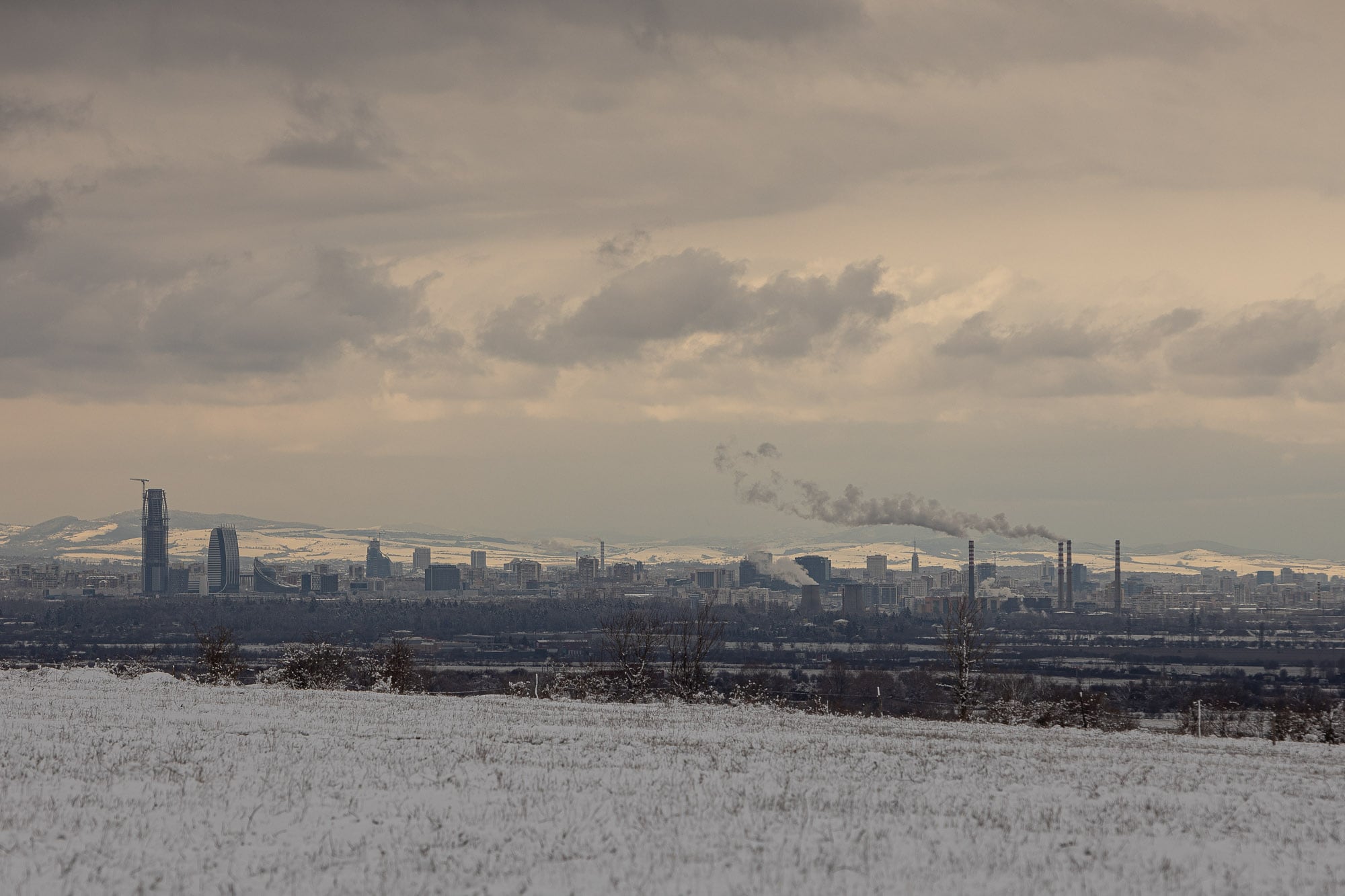 Water on the path: 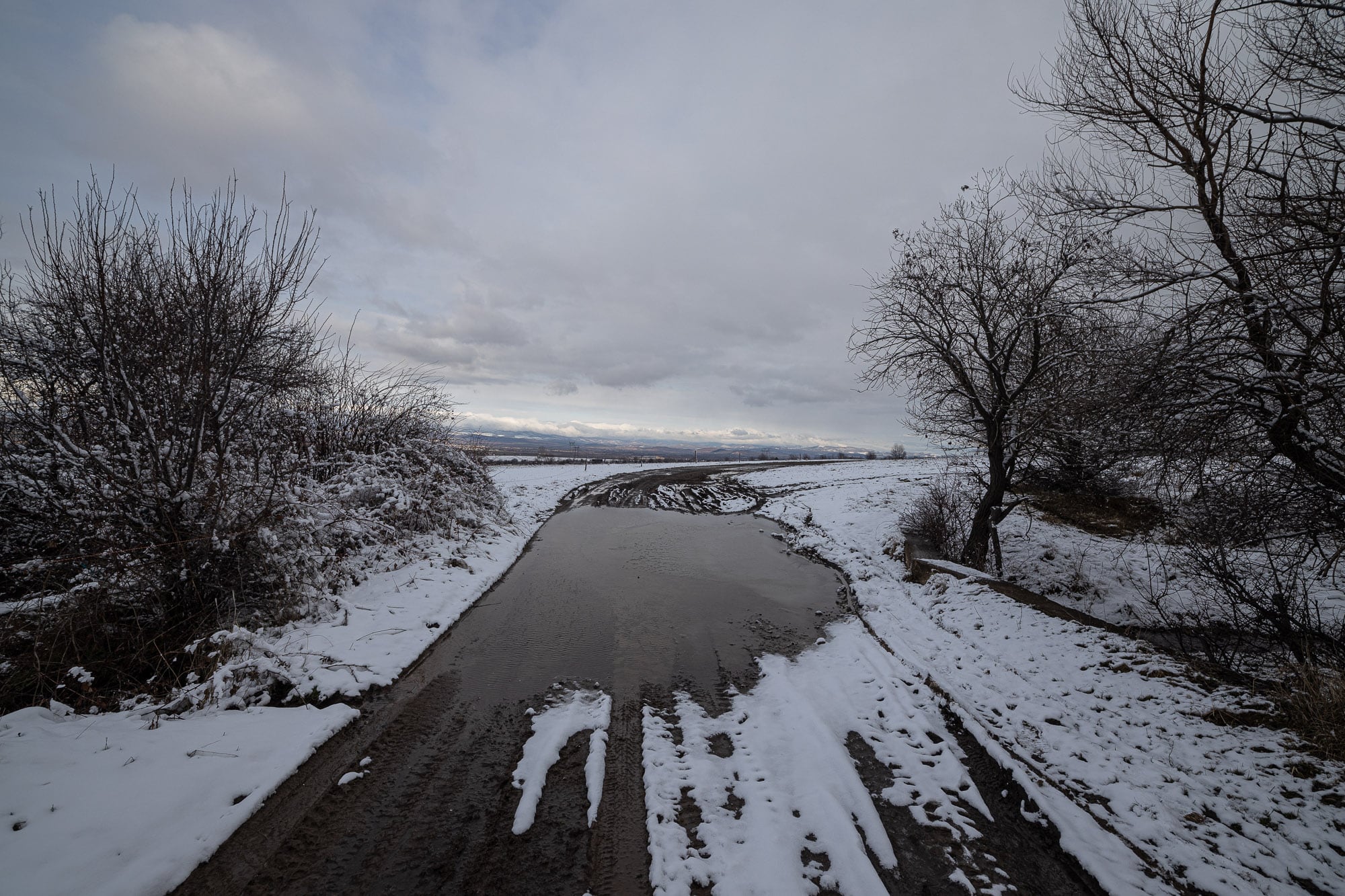 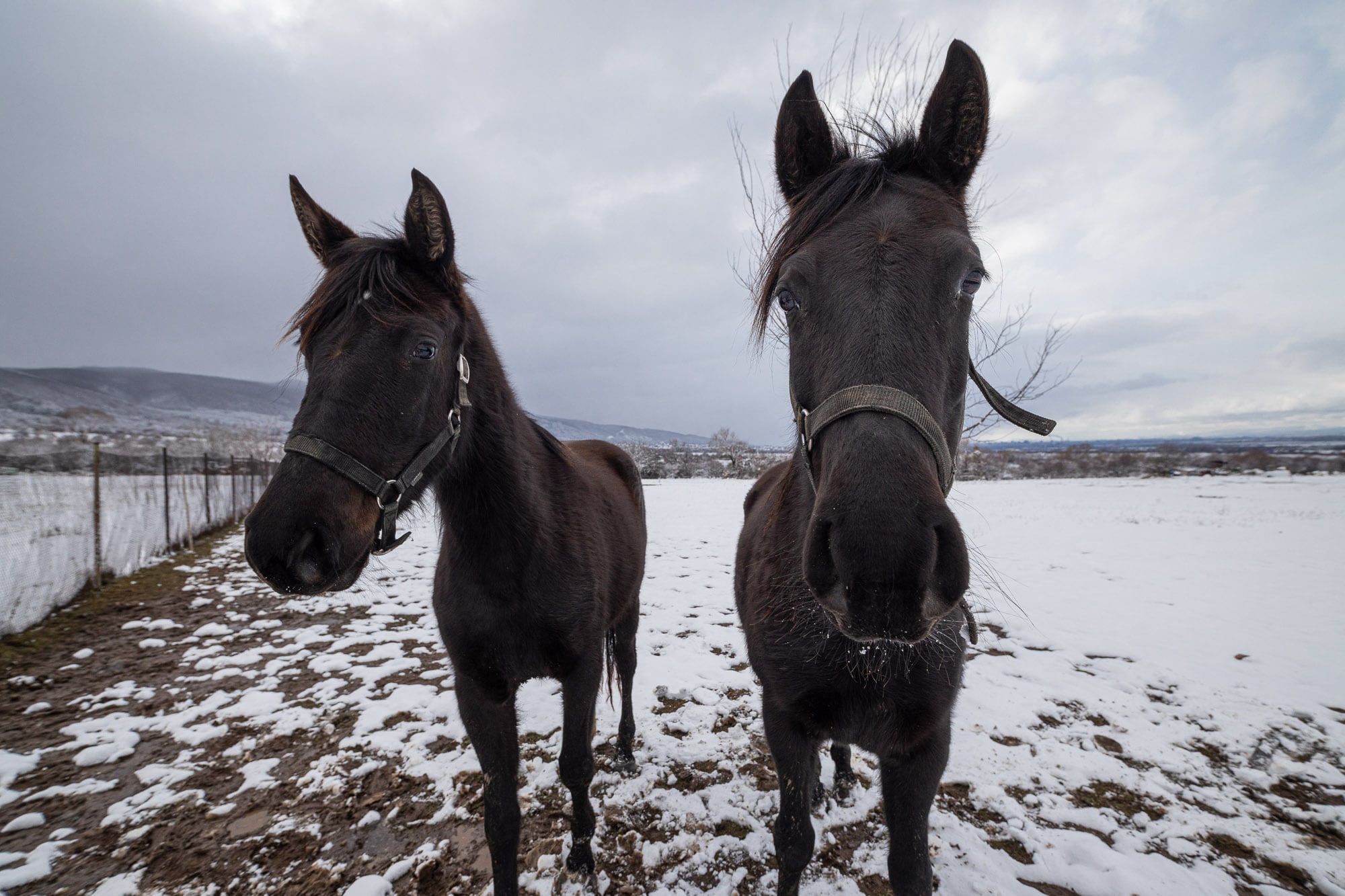 The Caboose hating it: 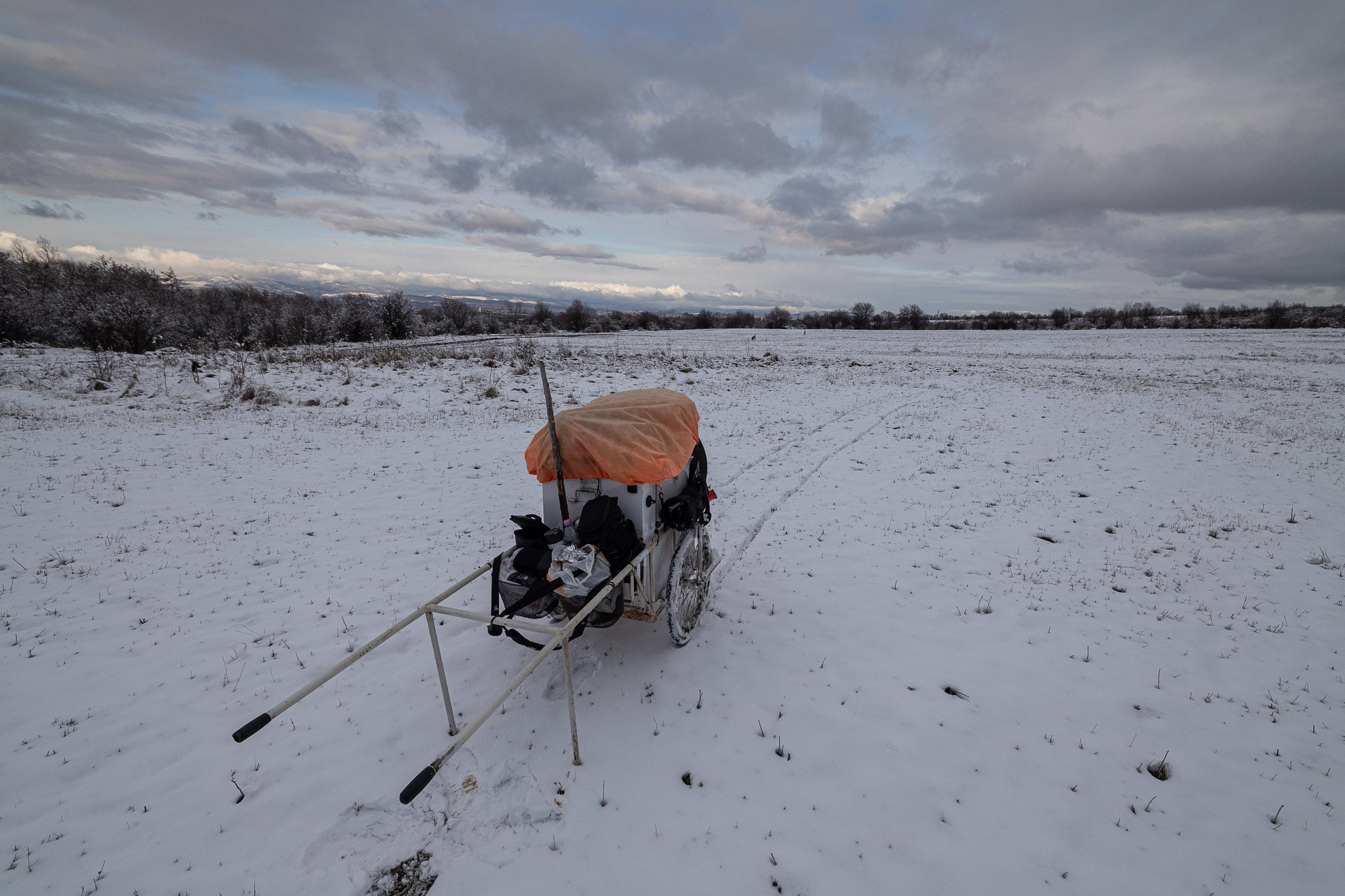 Water crossing on the way: 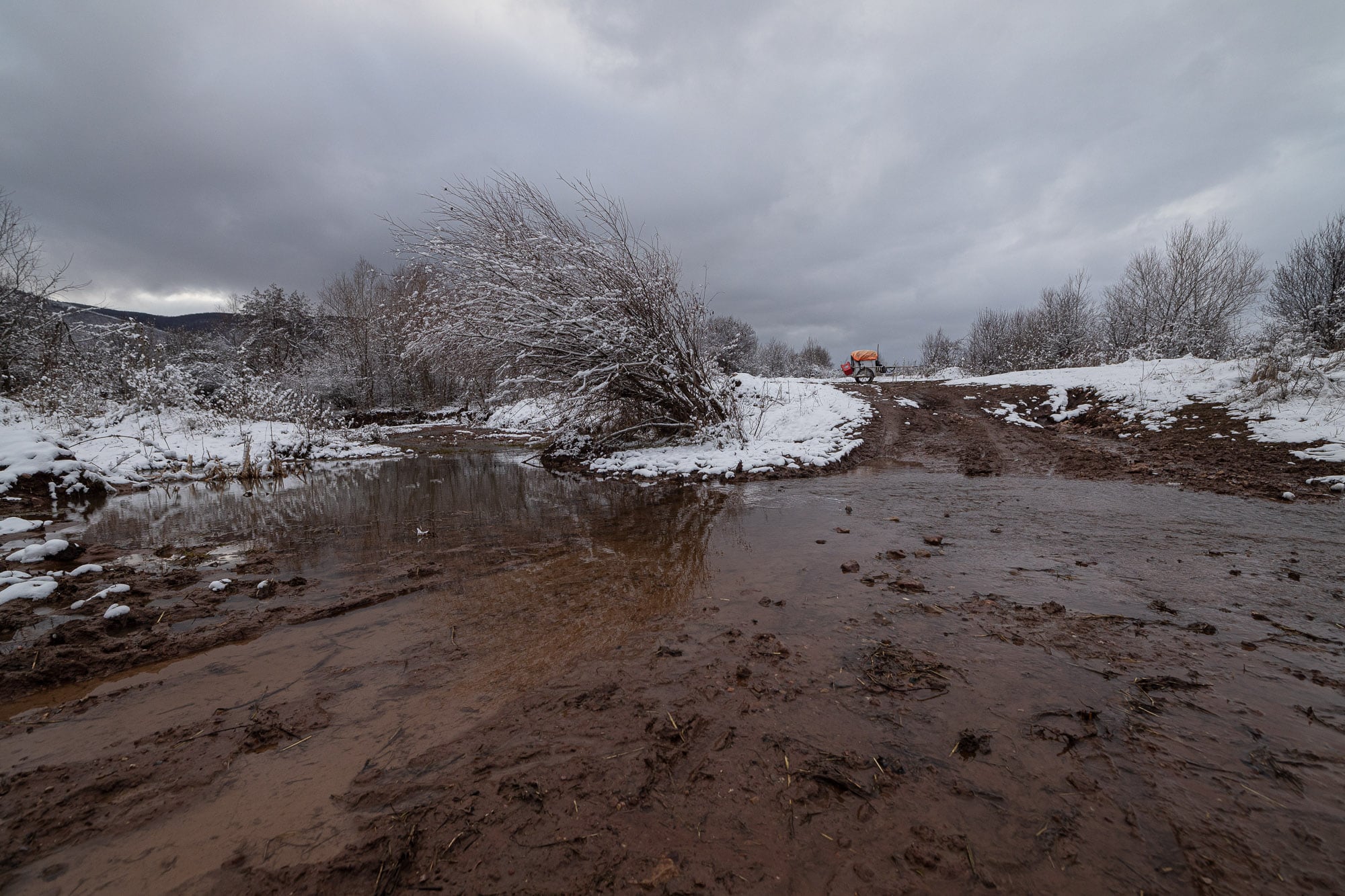 I got wet feet somewhere around here: 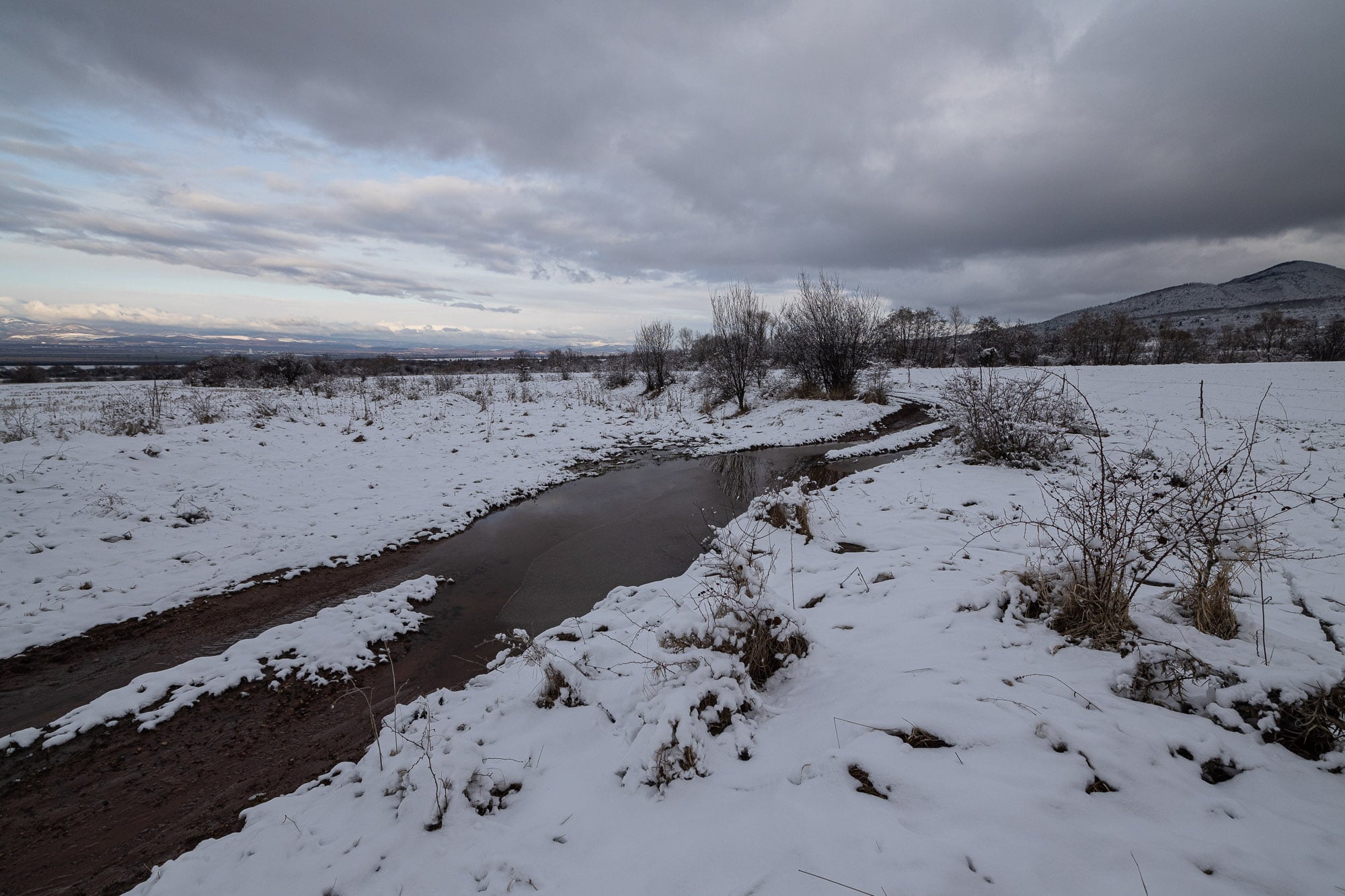 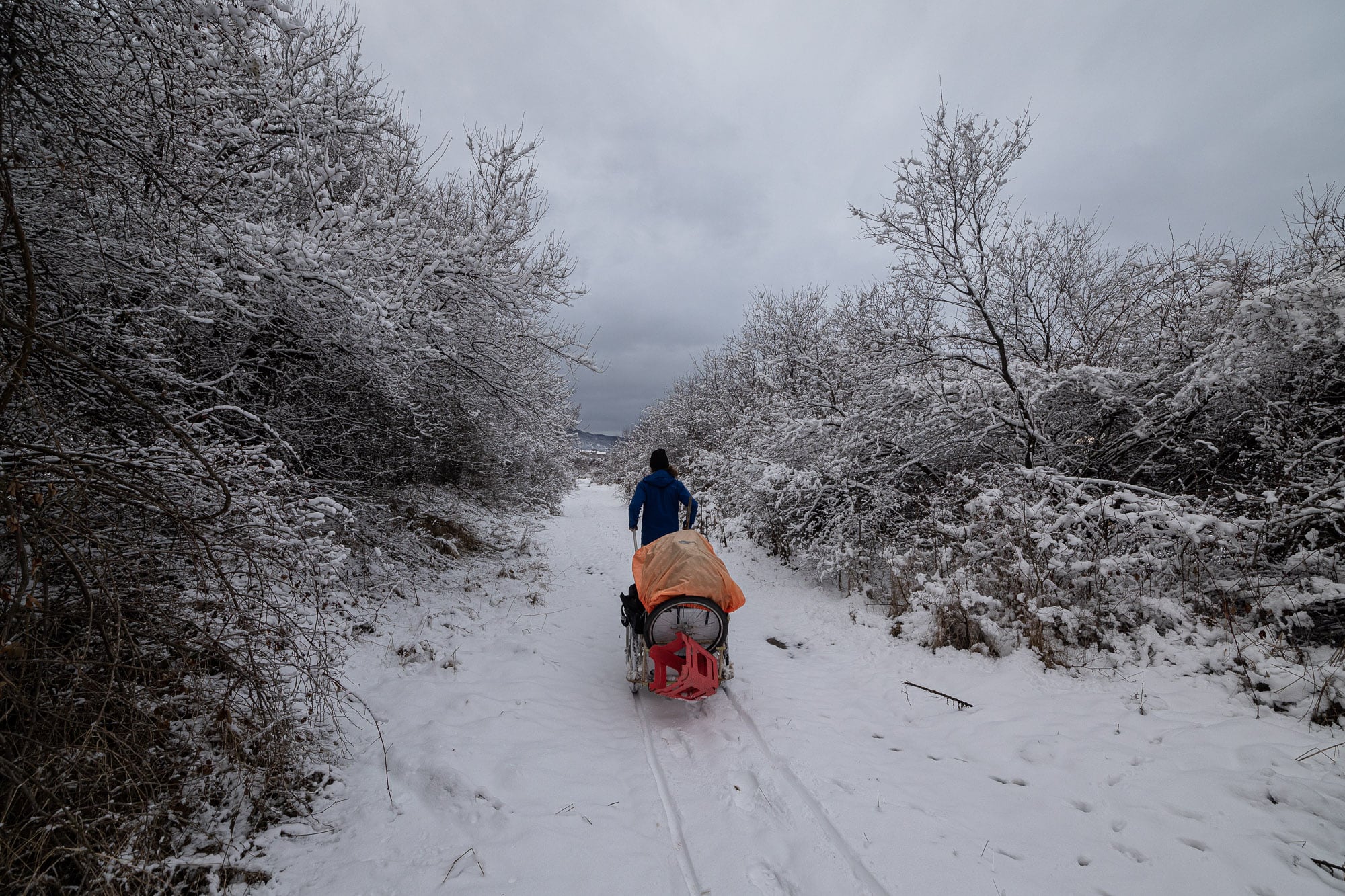 Massive ruin on the hillside: 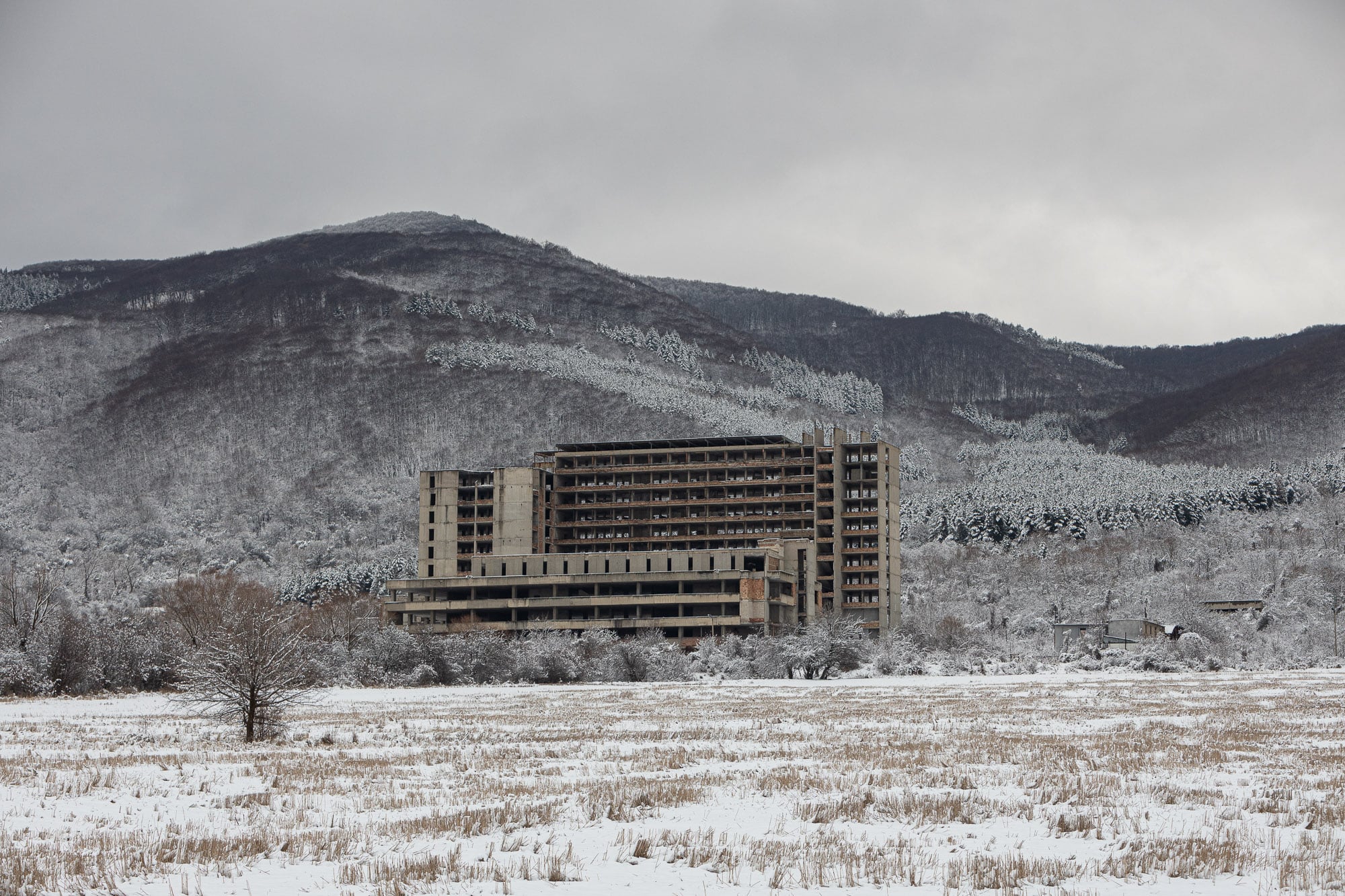 Day 533
from Chapel Of The Virgin Mary to Lozen