This post is about a 19km walk from Bryagovo to a roadside chapel. I pass the village of Iskra, which got its name from a partisan in WWII.

I said goodbye to my hosts and continued walking southwest. This wasn’t the shortest way to Plovdiv (or to my home to Germany) but I wanted to walk on the quiet roads along the pretty mountains. The sun was out, and everything felt easy.

When I reached the village of Iskra, I noticed that it looked particularly clean and well-kept. Also, the walls on both sides of the main road had been painted in the same bright white, as if they had been calcimined. There were drawings of different figures from Bulgarian history on them, along with quotes, dates, and short introductions.

I looked up the village, and apparently it had gotten its name from a Jewish Bulgarian partisan in World War II: Clara Ashkenazi aka Iskra. She had been born just a bit north of here in 1922. She had taken up the fight against Nazism at a tender age, and in 1944, when she was just 21, she had been killed here, near the village that later got her name.

She would have turned 100 this year.

I walked through the afternoon and into the evening, until the sky turned deep blue. There were trees on both sides of the road, and there didn’t seem to be any good spots to pitch my tent. Then I noticed a little chapel in the distance. It was in the fields, and I had to leave the road to get there, but when I did, I found out that it was behind a fence. There was even a gate with a little padlock.

But the fence had an opening, held together by a piece of string. I carefully pulled back the string and got through. The Caboose reluctantly followed. She didn’t like trespassing. But the patio behind the church was a perfect place to camp, protected from rain and wind and the eyes of other people.

With my hosts Miriam and Aleksander: 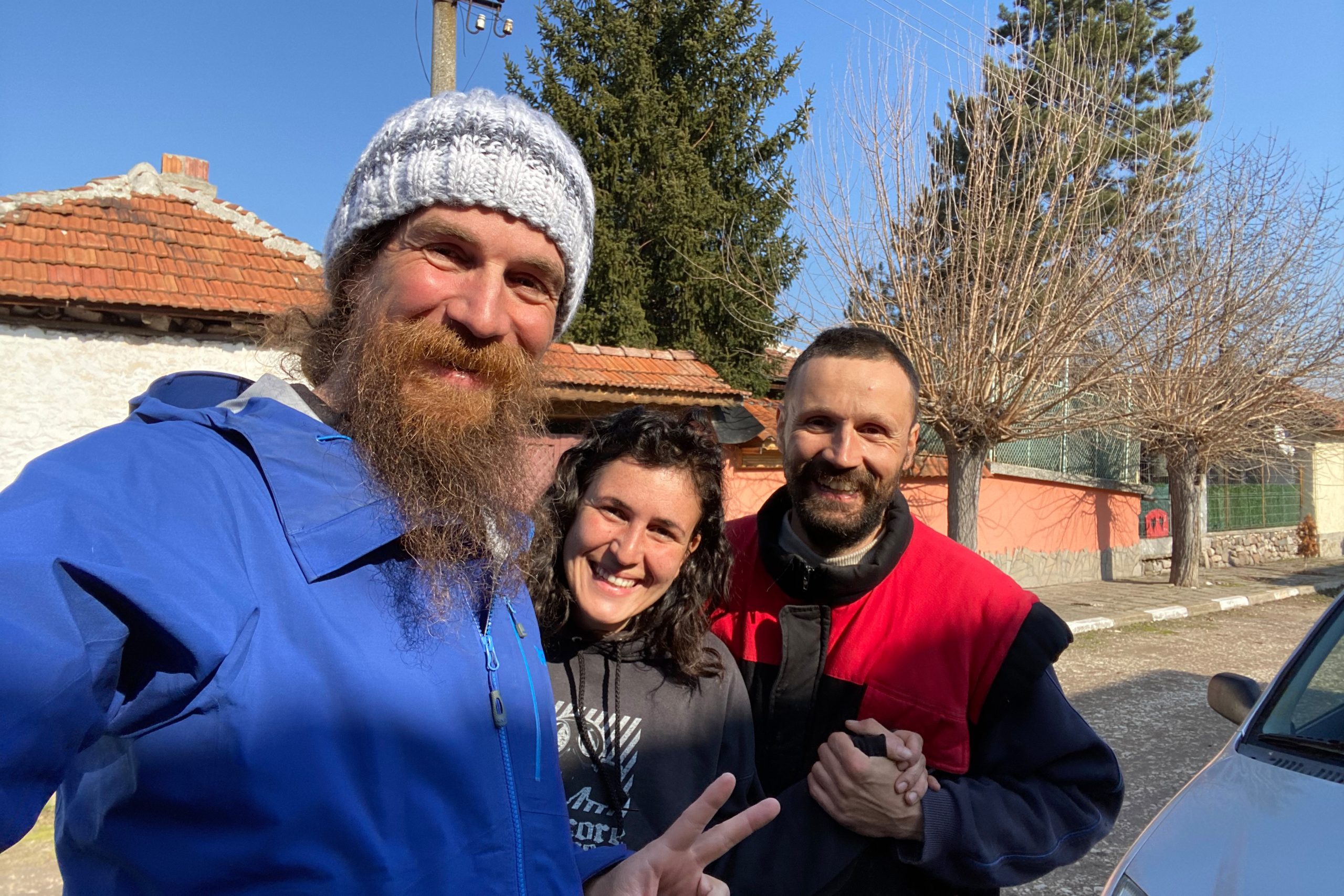 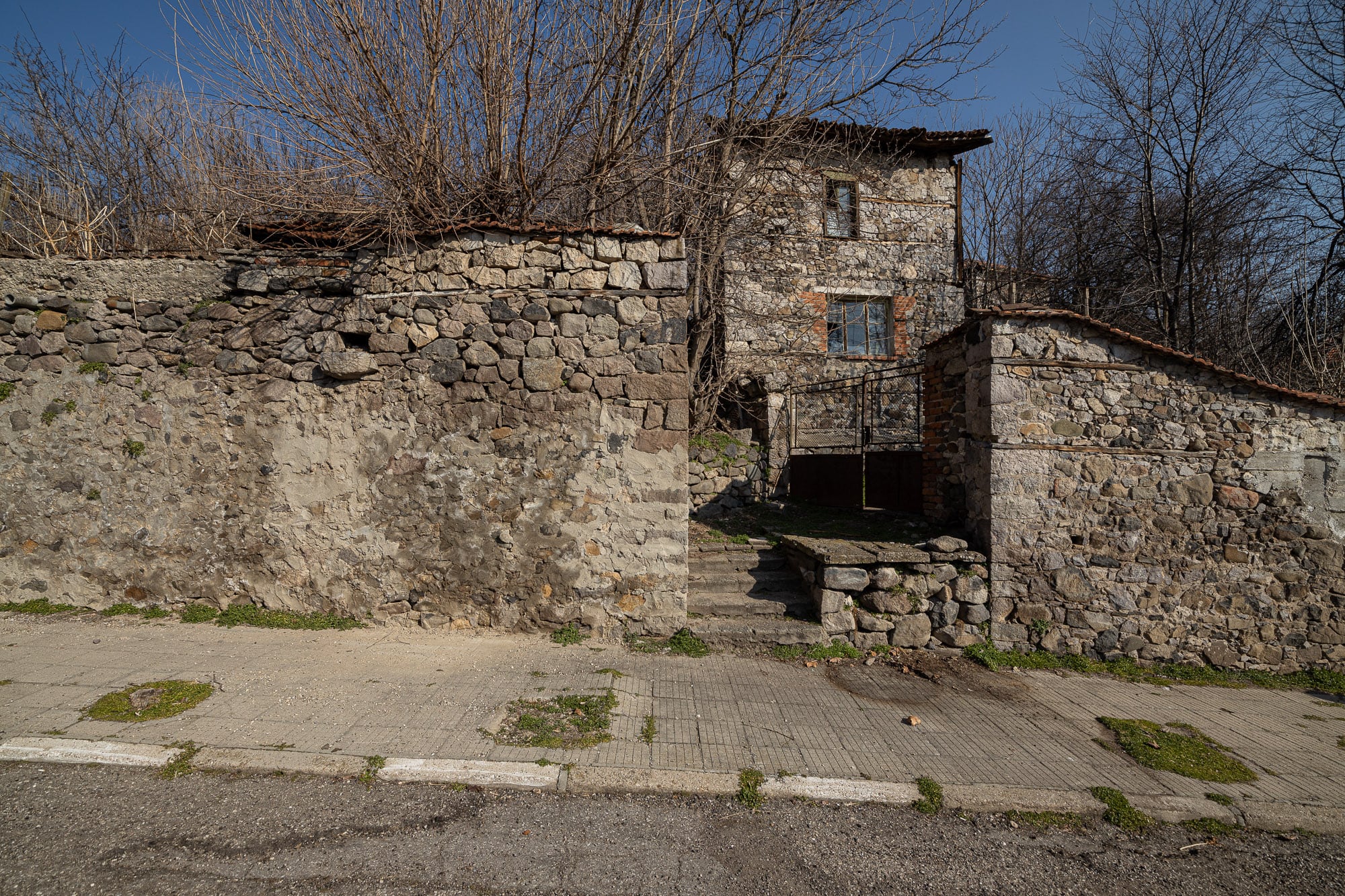 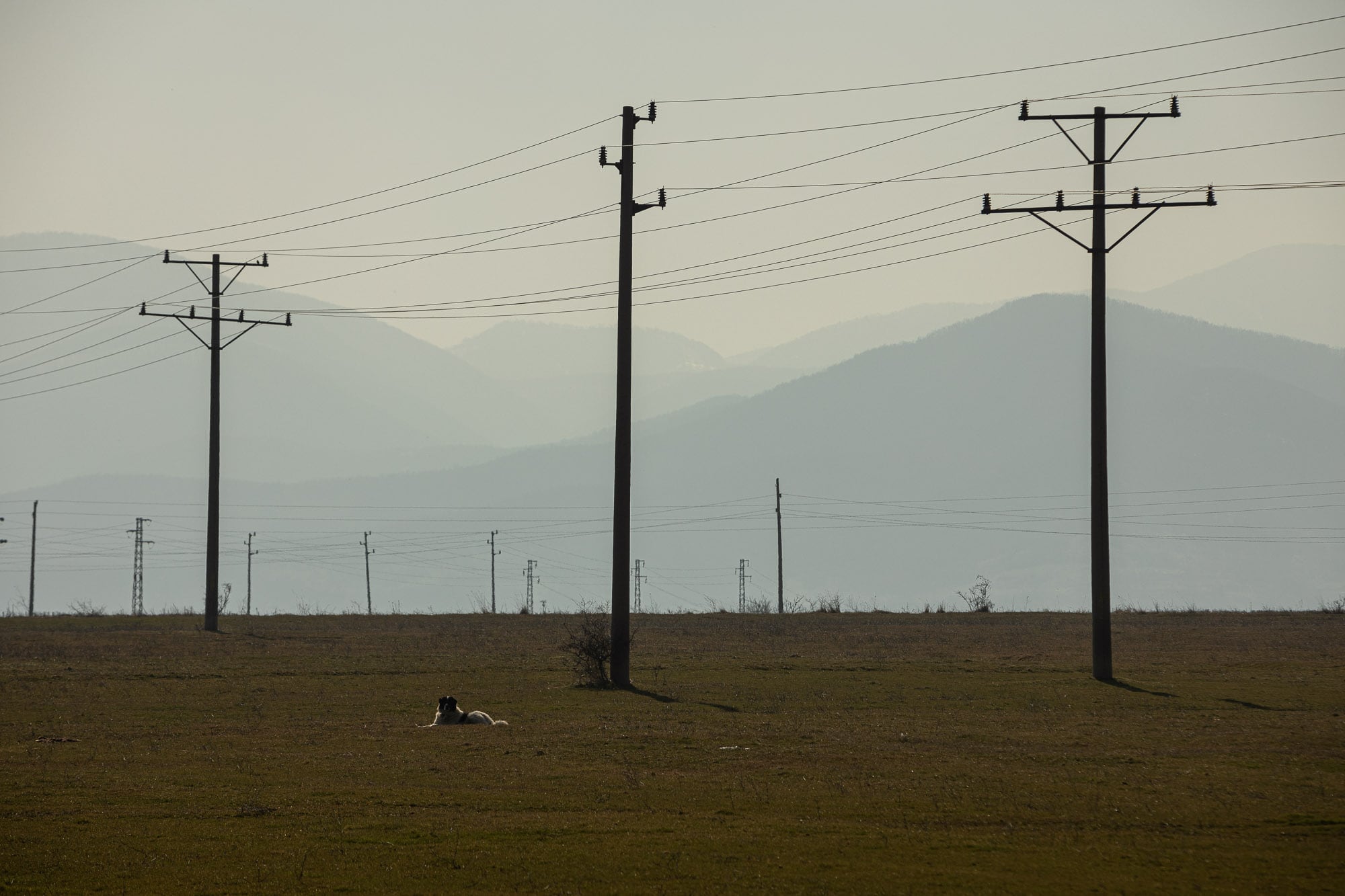 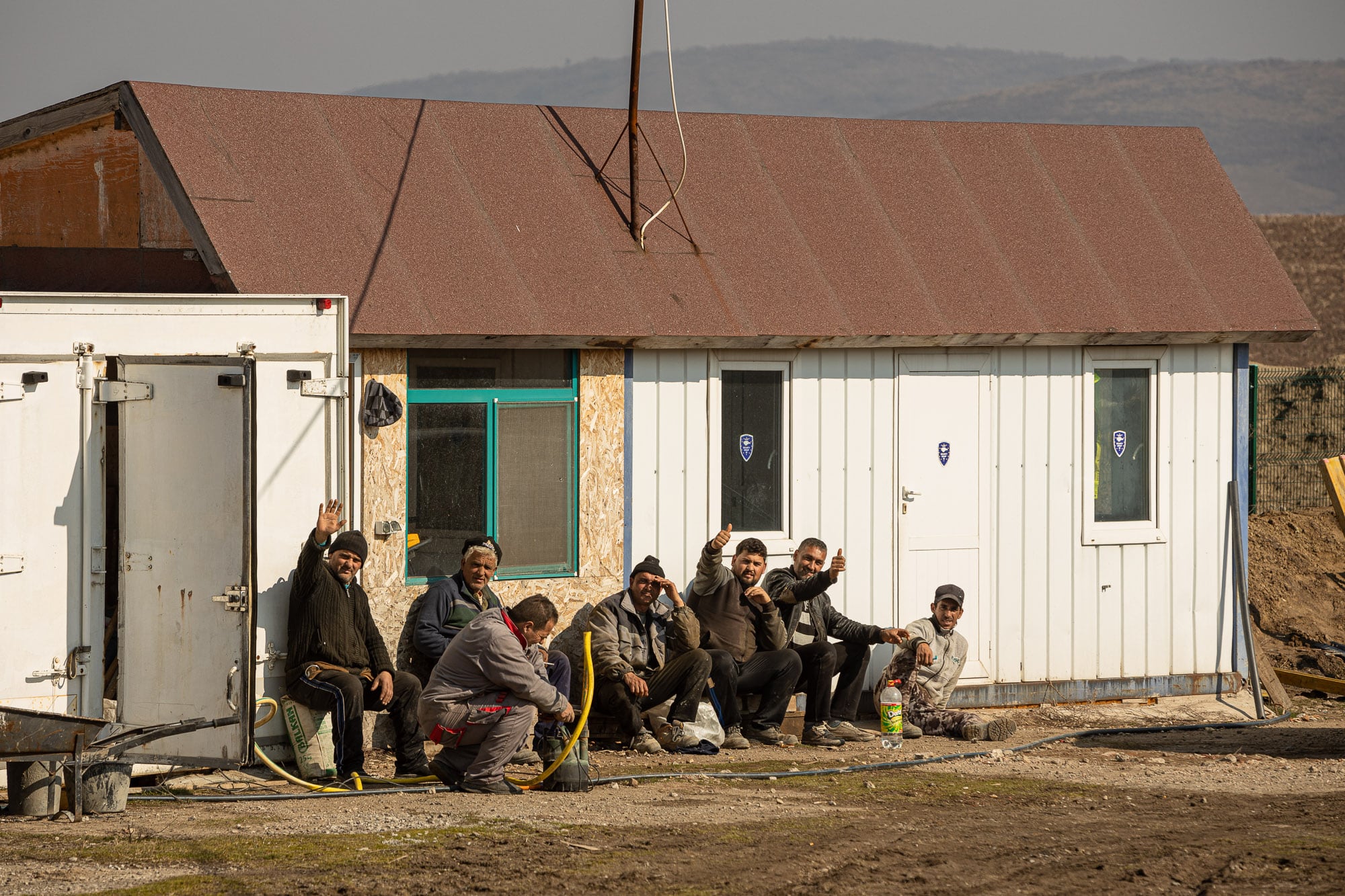 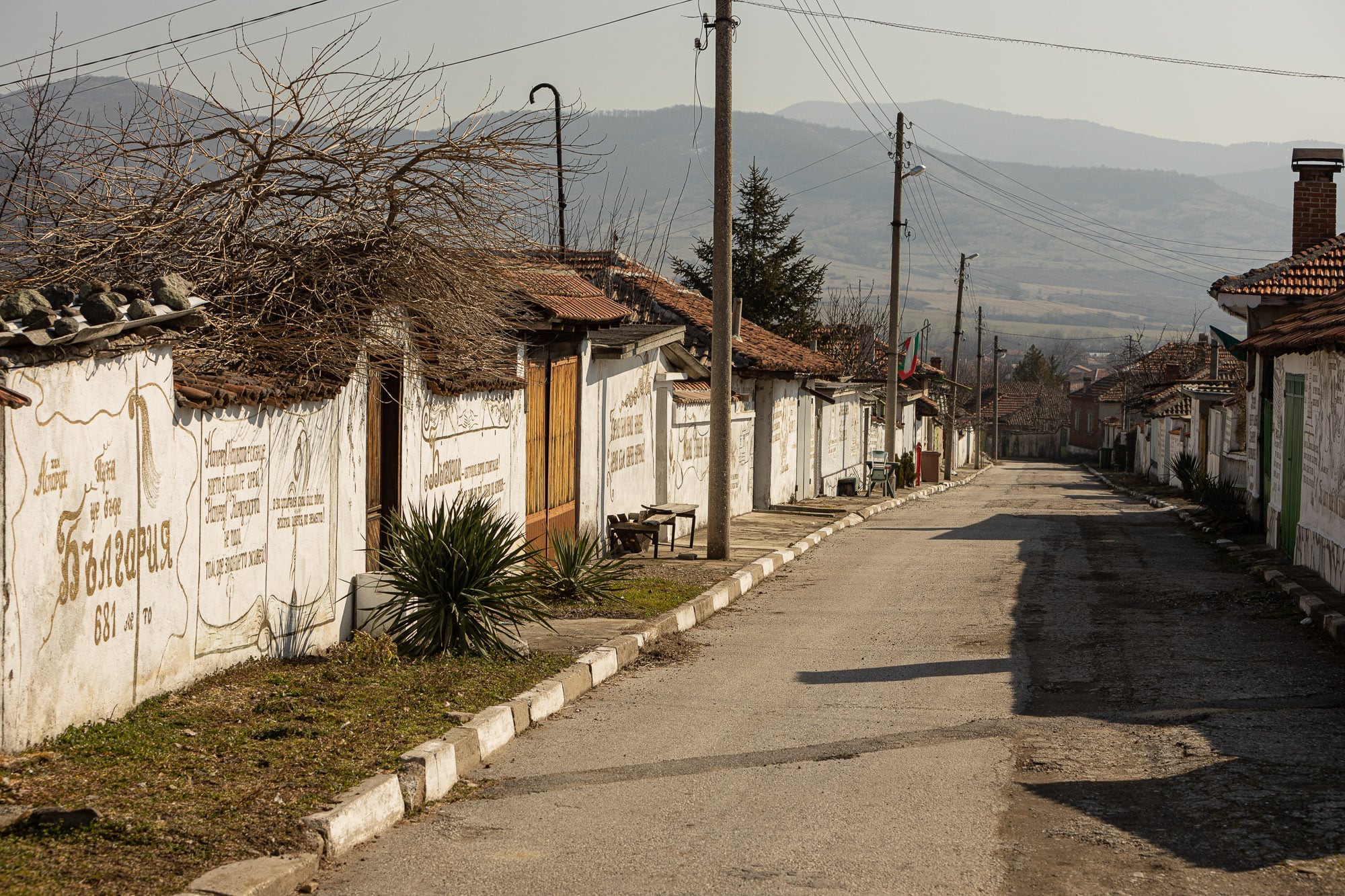 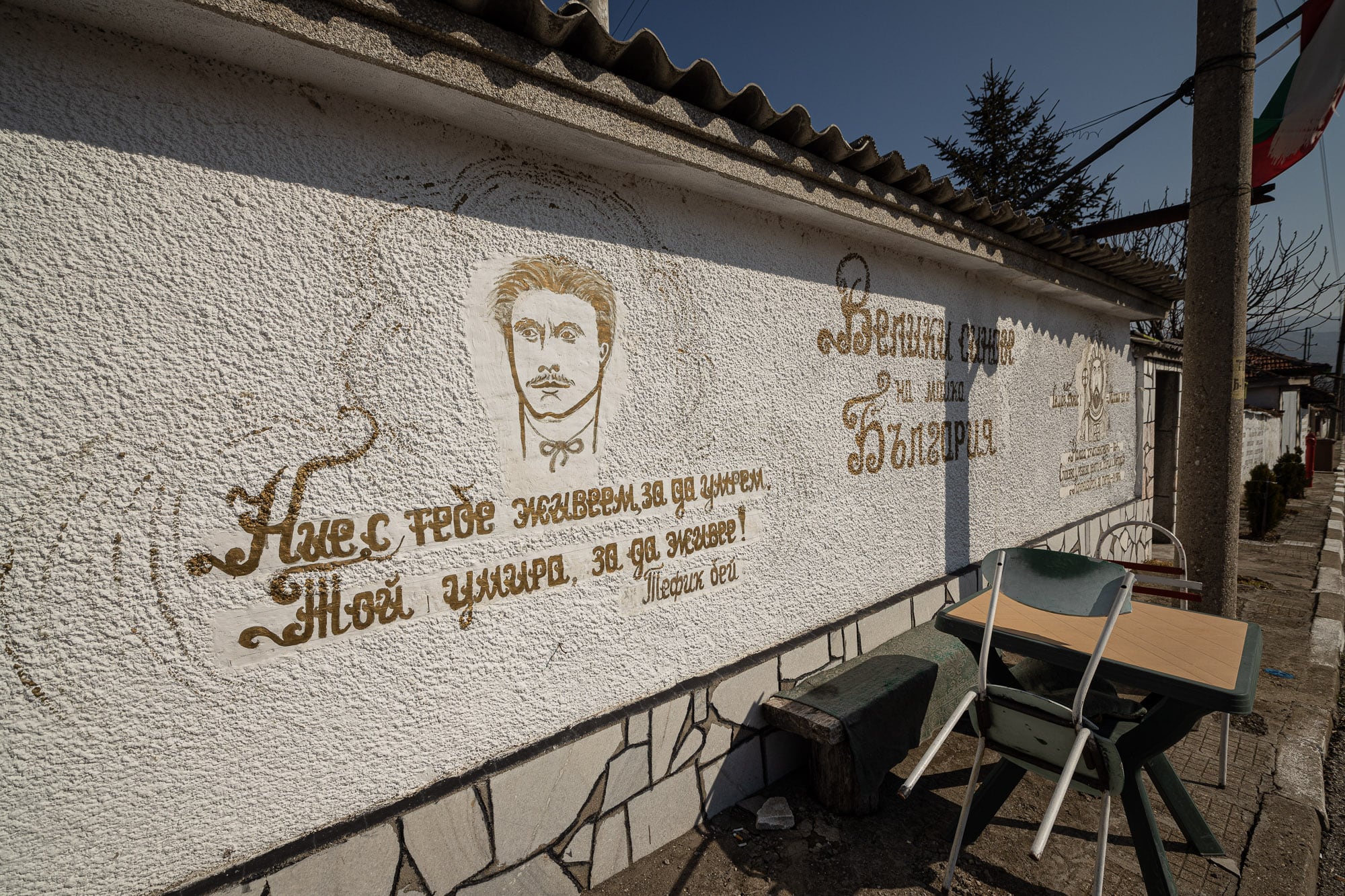 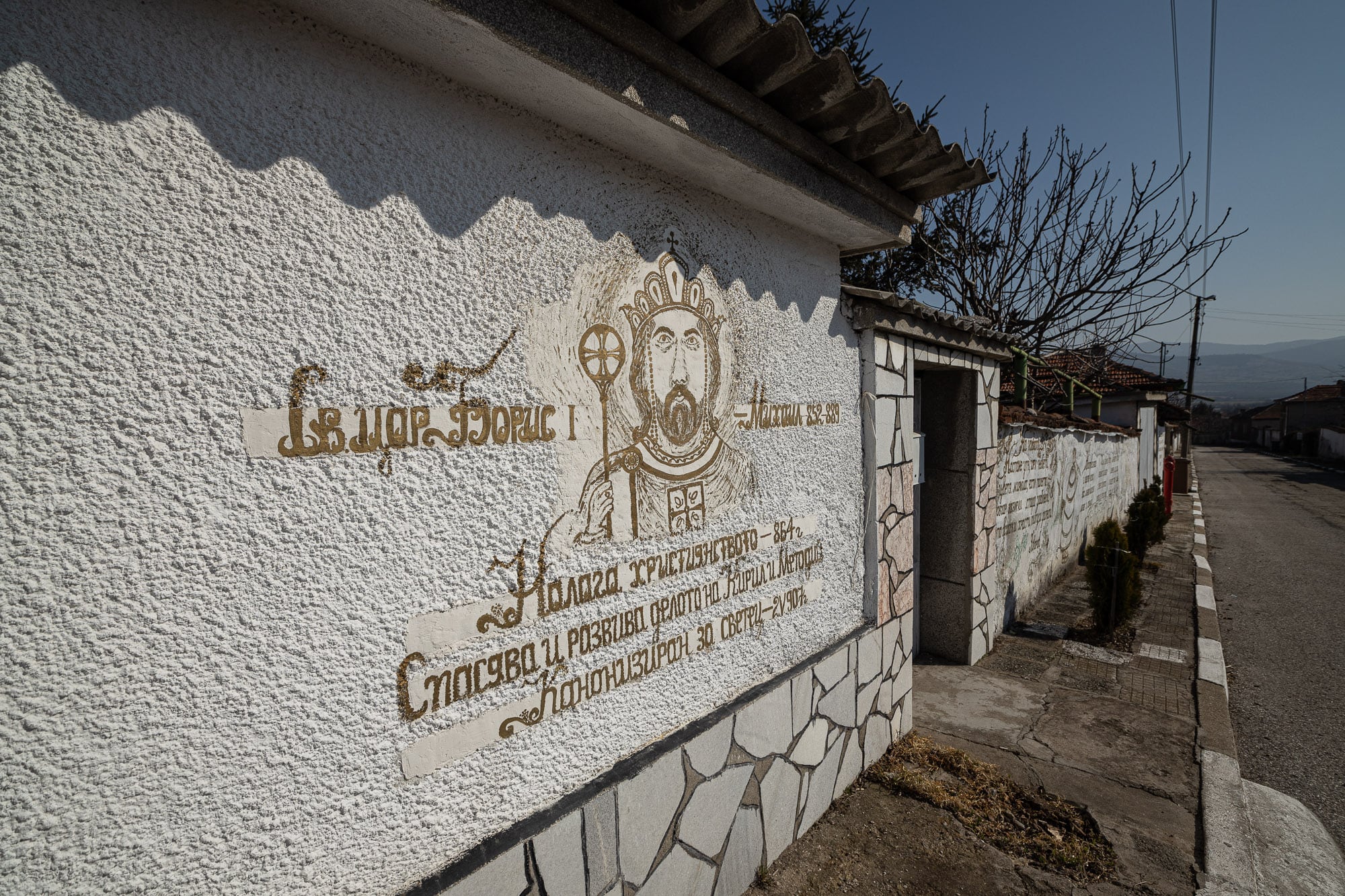 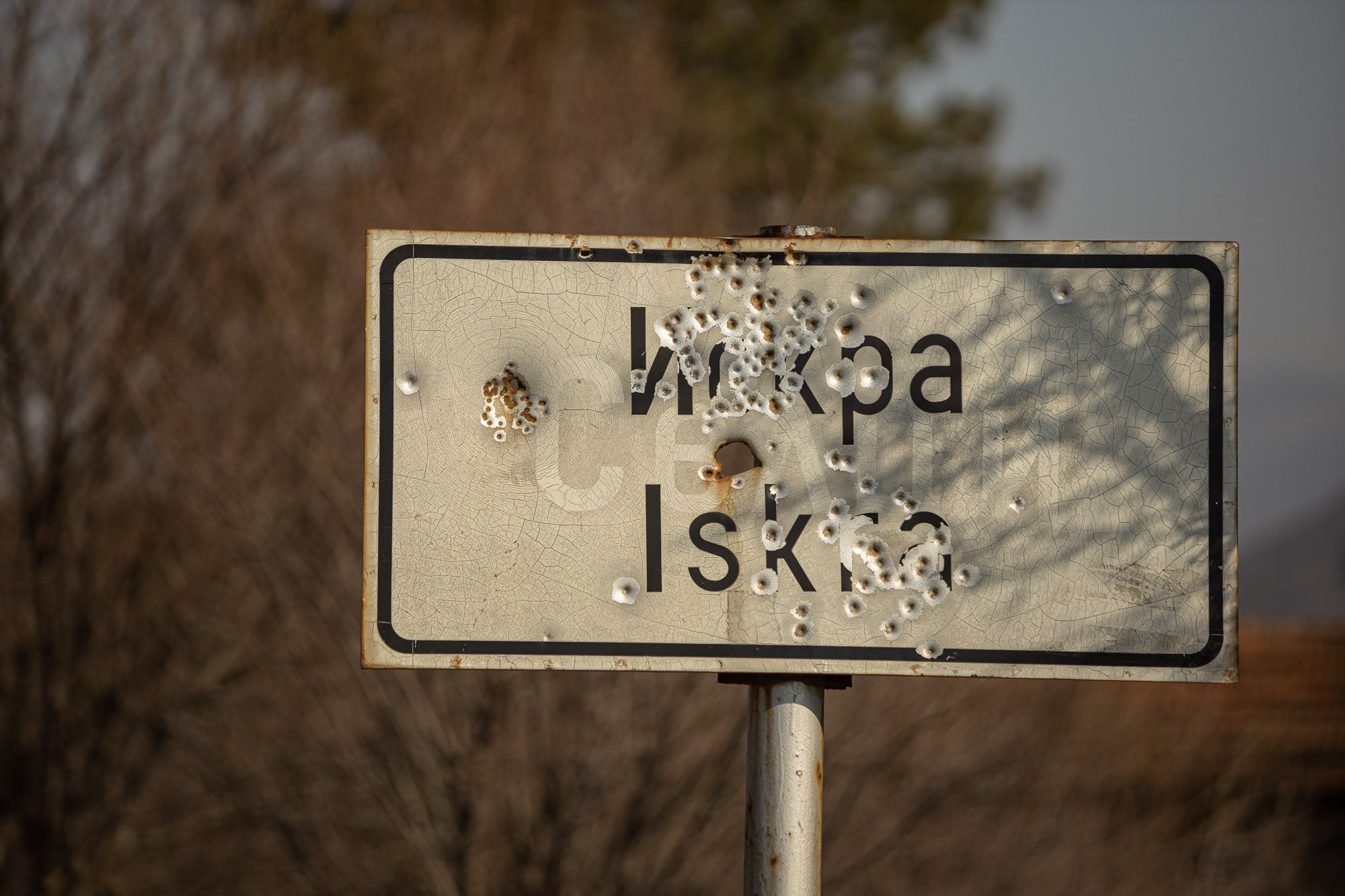 The hills in the distance: 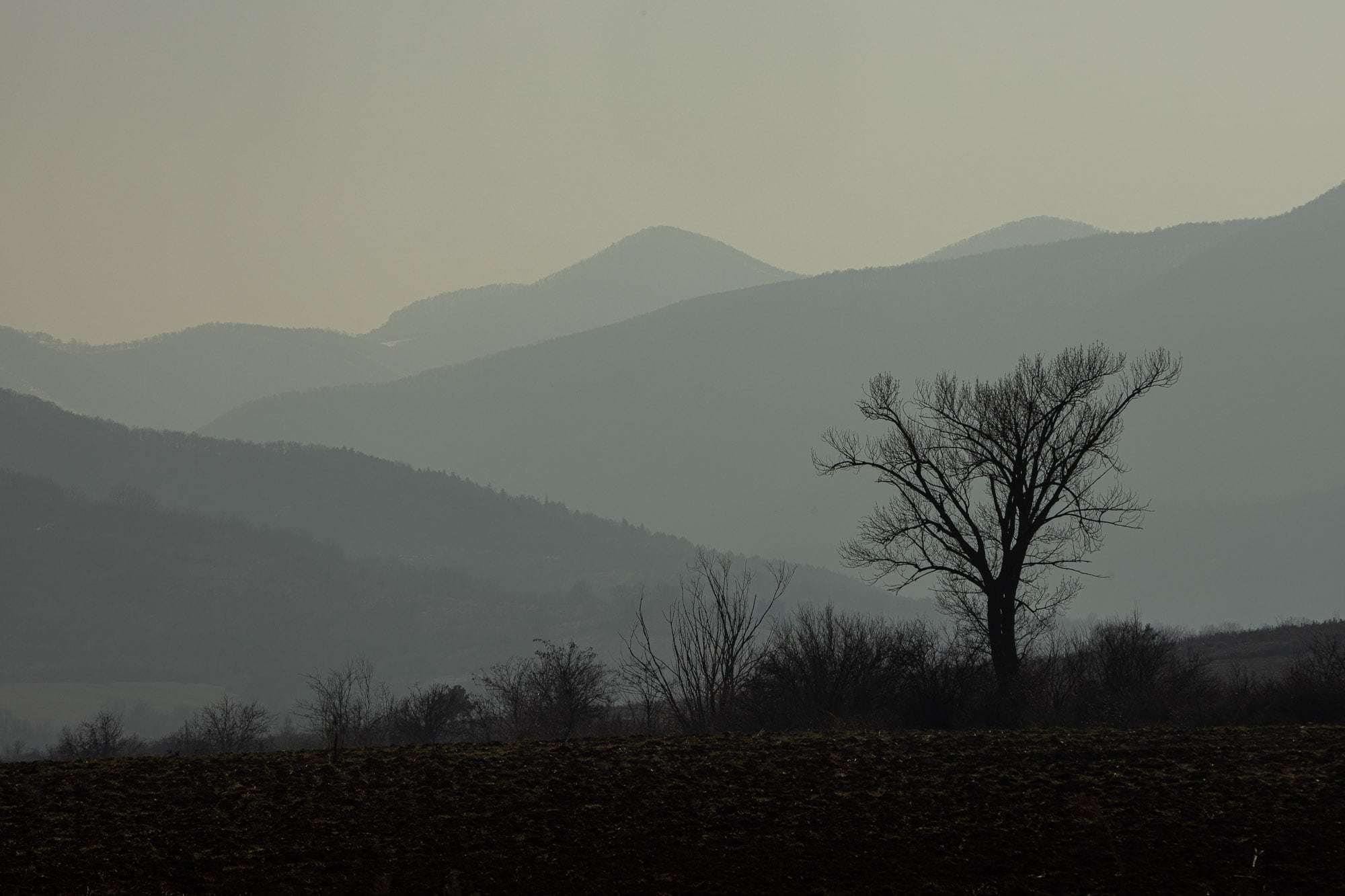 The road to walk from Iskra to the roadside chapel: 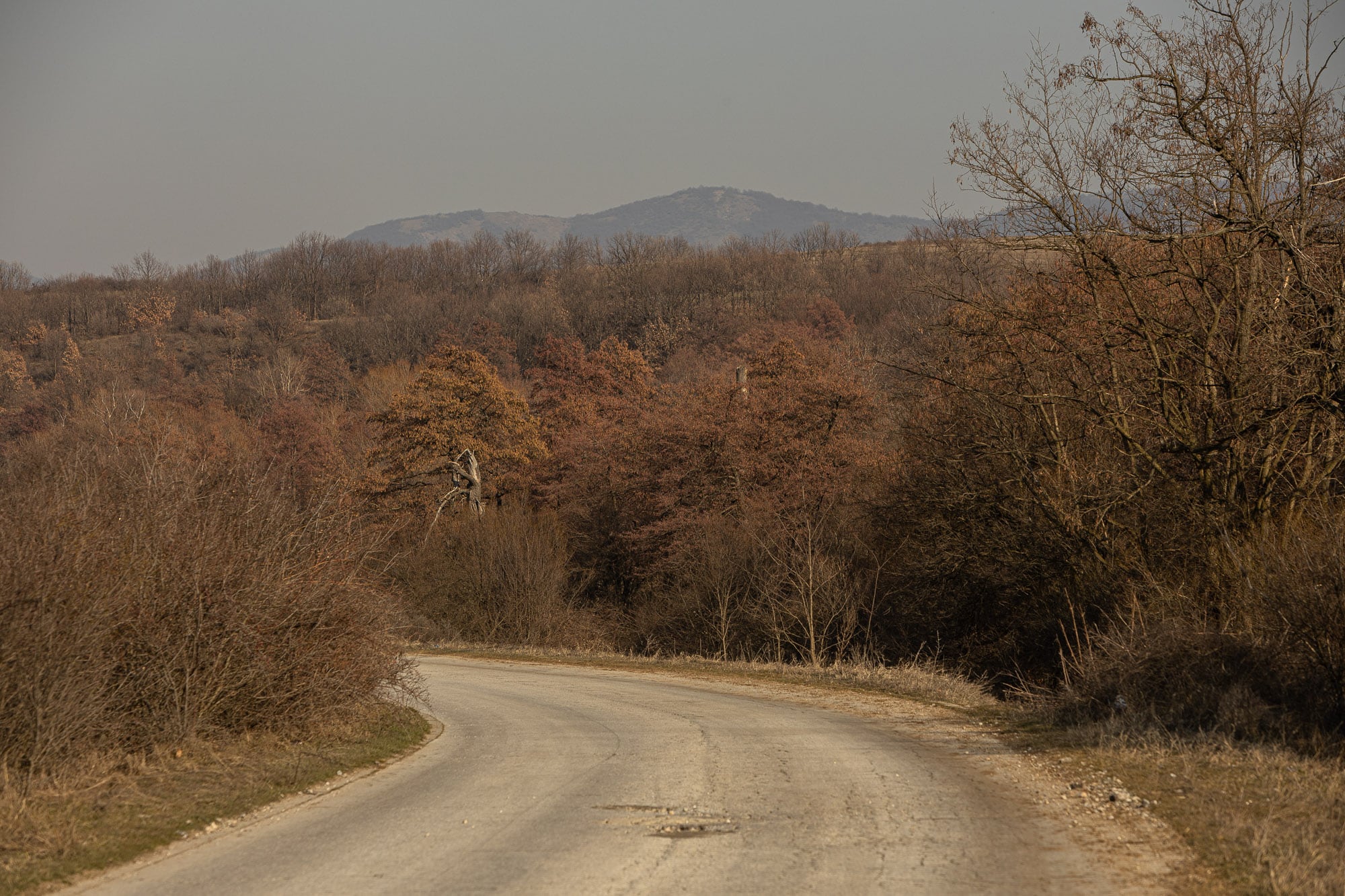 A cross in the distance: 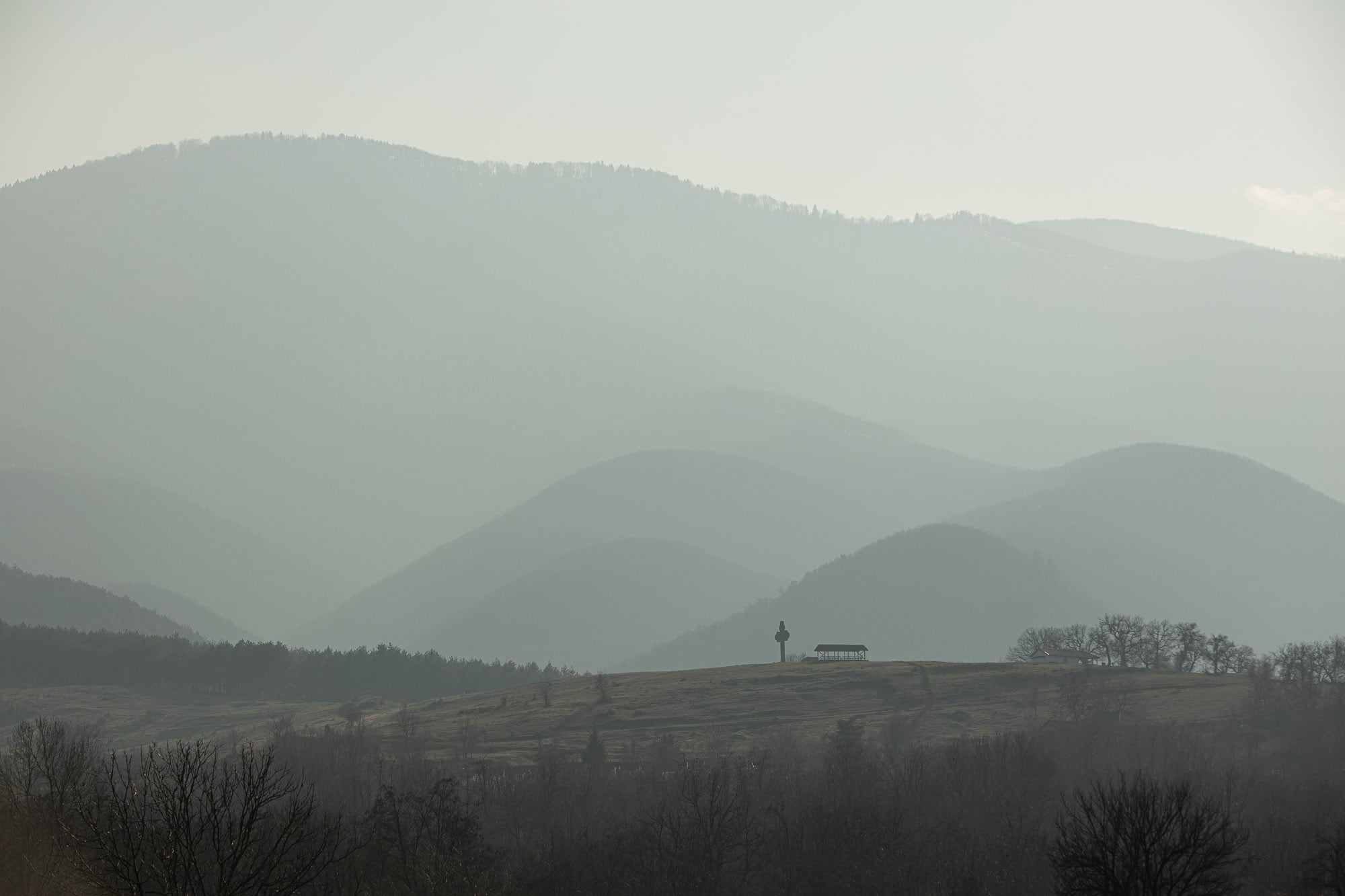 Memorial for Ango, who presumably liked his car very much: 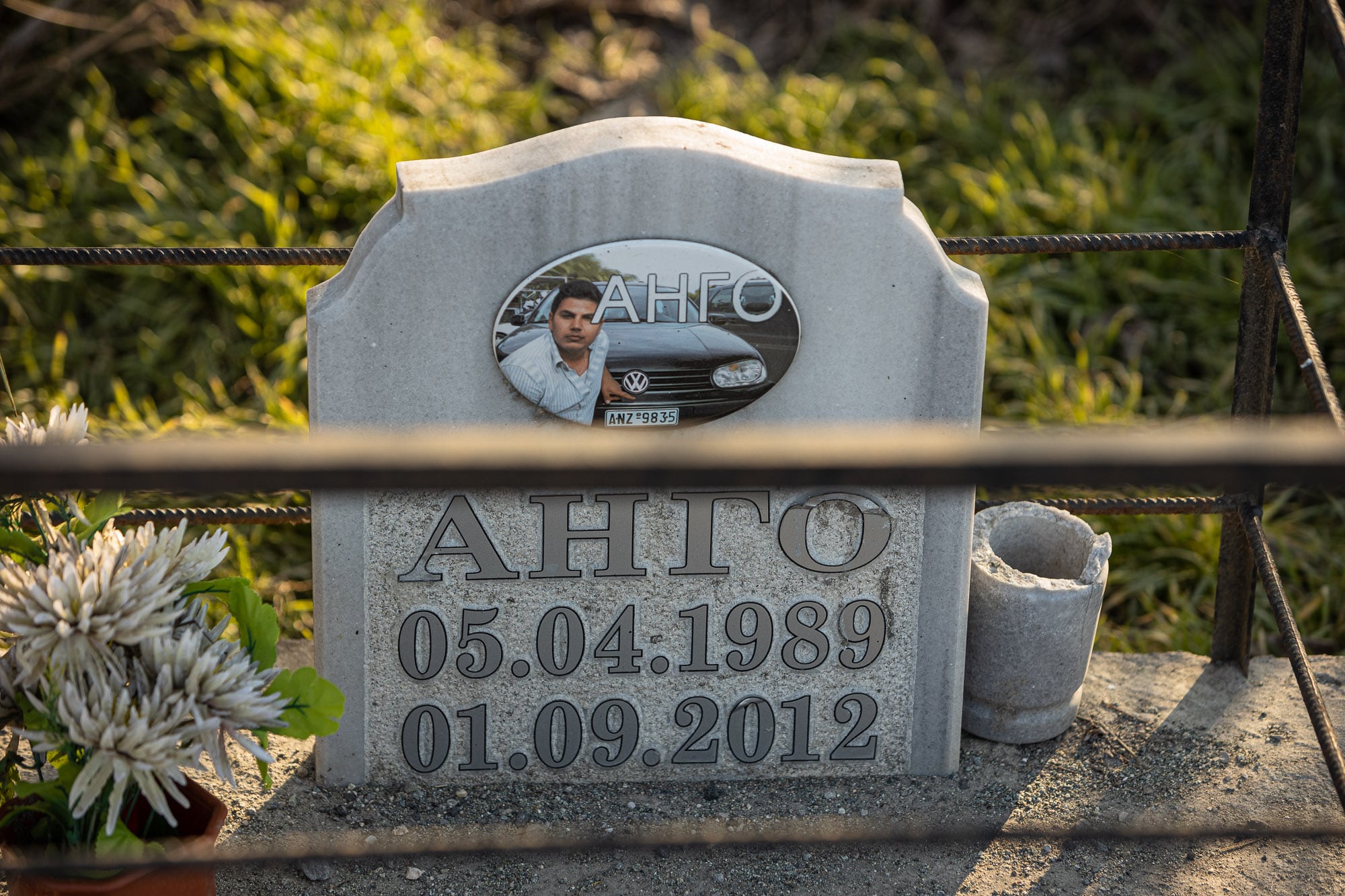 This reminded me of a scene 7000km earlier, on a country road in Kazakhstan: 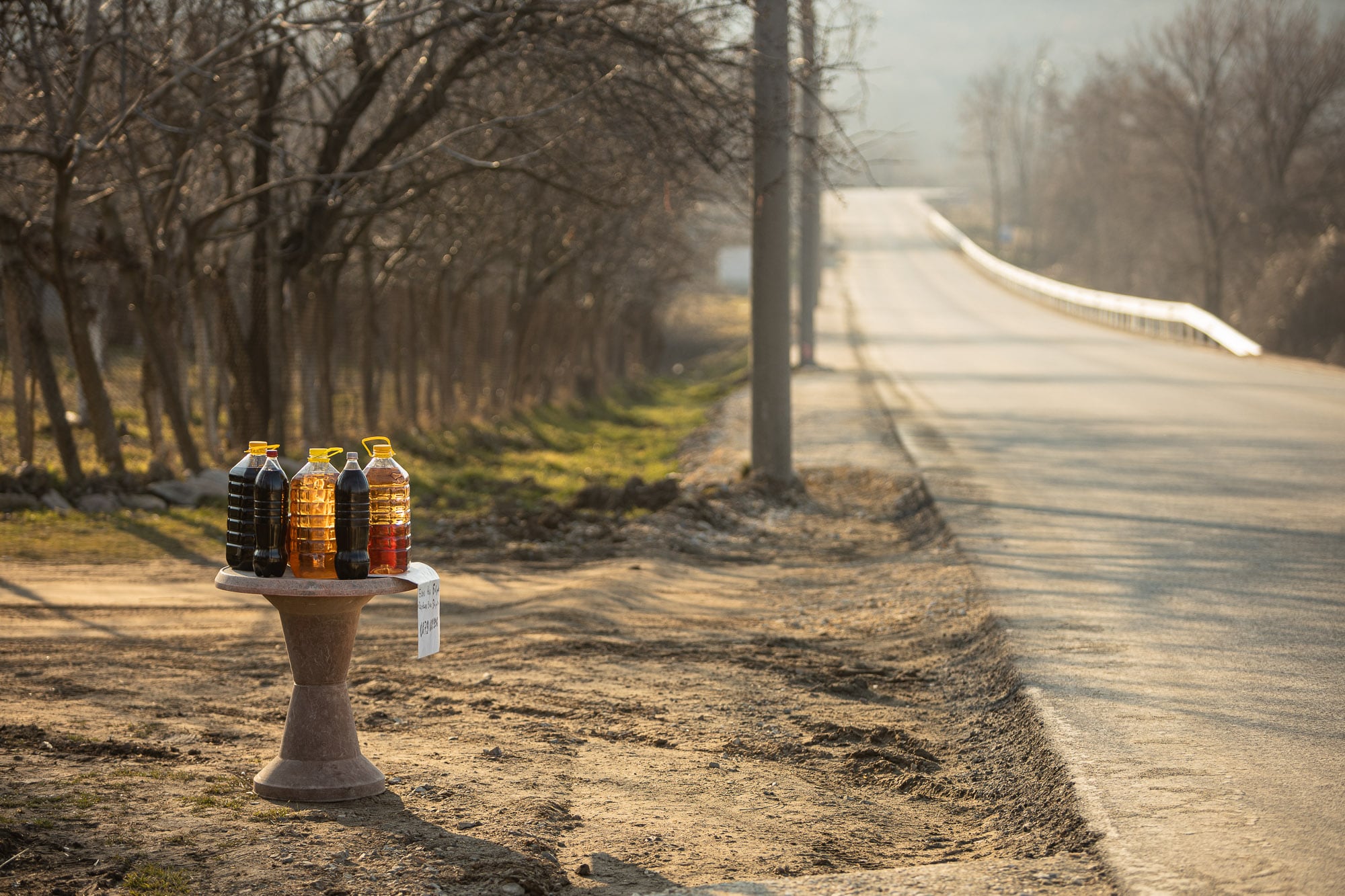 In Kazakhstan it had been honey on sale, here it was wine: 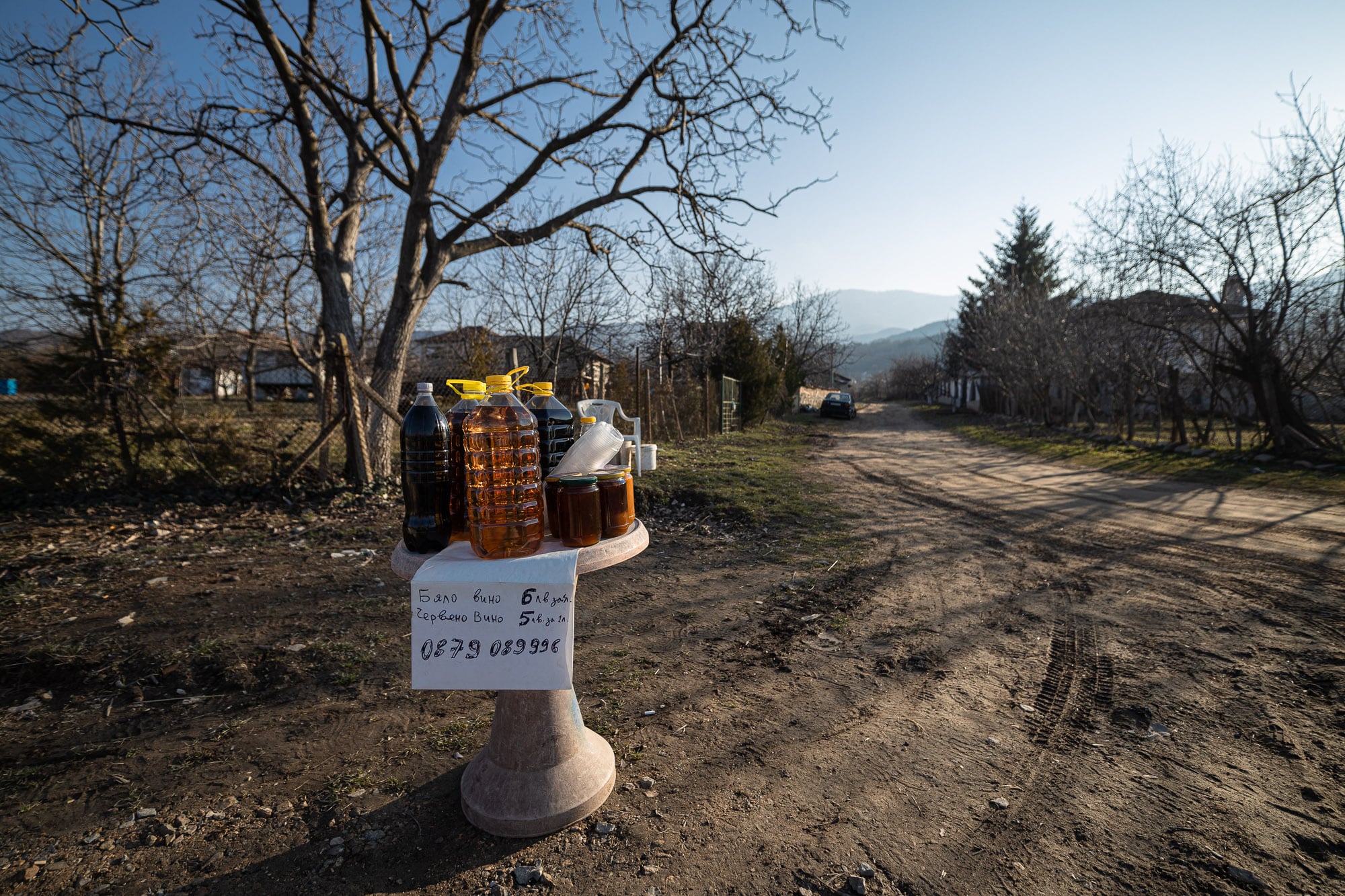 The end of the walk from Bryagovo to the roadside chapel: 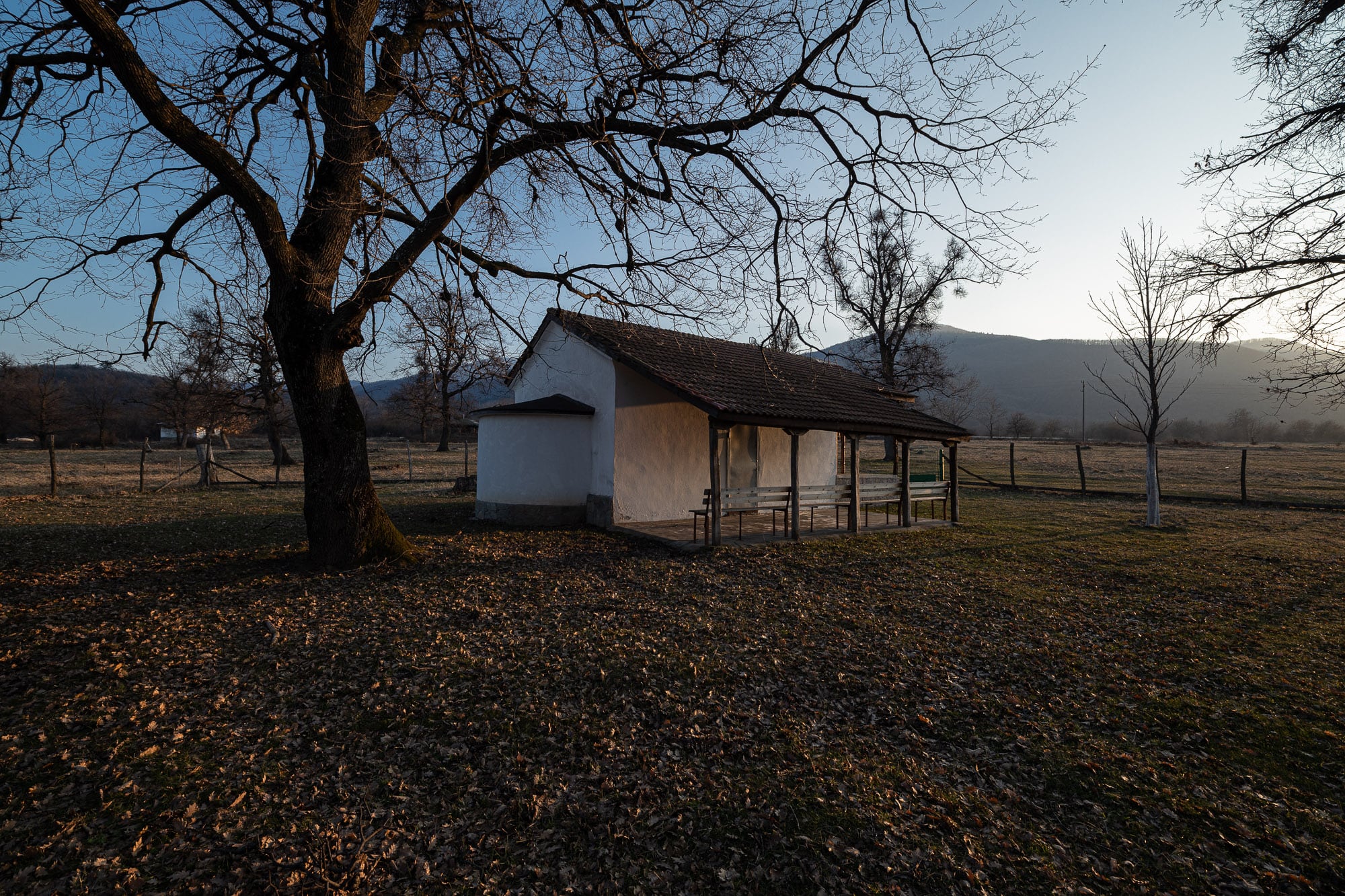 Day 523
from Bryagovo to roadside chapel