This post is about a 24km walk from Harmanli to Aleksandrovo. I stop at the biggest refugee camp in Bulgaria, where people are unhappy.

The first thing I saw was the wall of the old Caravanserai of Harmanli. It was all that was left of it. Then I crossed a river where I saw a group of men sitting around a hookah. I waved at them, and they waved back.

Then I reached the camp.

home for a thousand

The Harmanli Refugee Camp is the biggest of its kind in Bulgaria. It houses more than 1000 people, and unlike the closed camp in Lyubimets it’s an open camp where people can go out during the day. It had been in the news in 2016 (BBC/Guardian) because of a protest among the refugees that had evolved into a riot.

When I arrived at the gate the guards were sitting outside having lunch. I asked them if I could go into the camp and look around. I wasn’t surprised when they told me no.

Can I hang out here at the gate and talk to people? I asked them.

Is being a guard here an okay job?

“Doesn’t pay much, and sometimes there is some violence among the refugees.”

Where are the refugees from?

At some point a few men came out and we started talking. They were from Syria. One of them was a young telecom engineer who spoke good English. When I asked him about the conditions in the camp he shook his head.

At least it was still better than being in the closed camp in Lyubimets, he said. He had been there for almost three months. It wasn’t criminals who ended up in that camp, as I had been told, some people were just unlucky. He sighed. Europe had been a disappointment. First he had seen his home being bombed from all sides, and then he had made the difficult journey to get here. And now he was being treated this way.

“The border guards told me to go back and fight ISIS,” he said. Then he pointed at his own slender physique, glasses and all, and repeated the words: “Fight ISIS? How am I supposed to fight ISIS?”

He showed me some pictures from the inside of the camp. 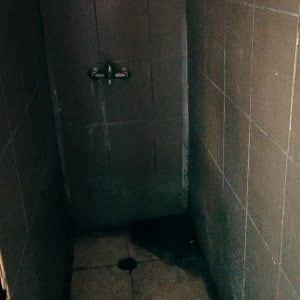 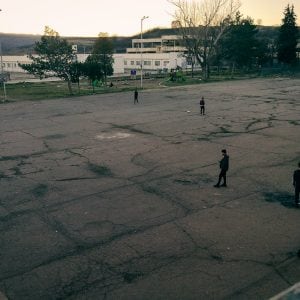 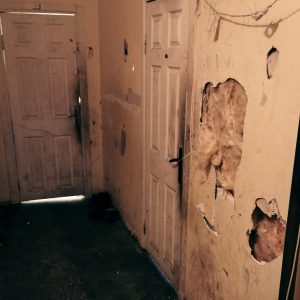 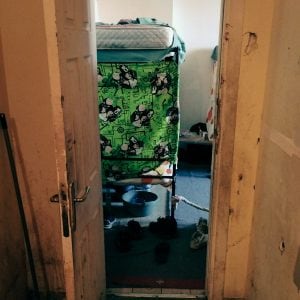 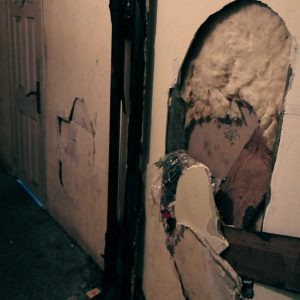 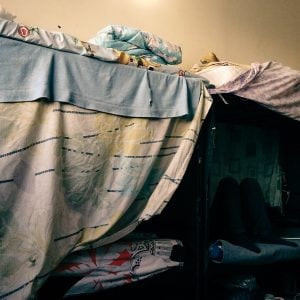 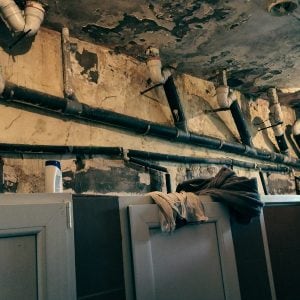 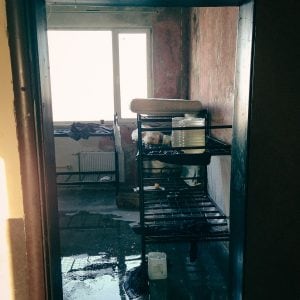 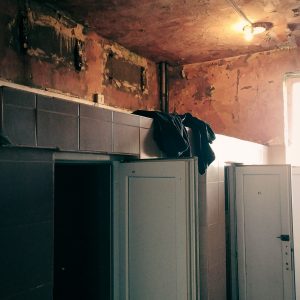 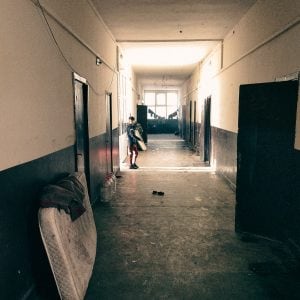 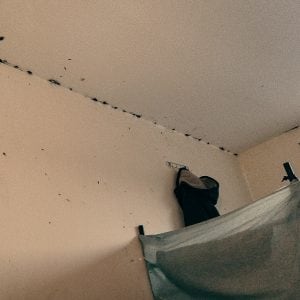 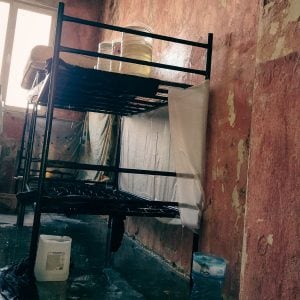 “You know, it feels a bit like living in a war zone,” he summed it up, “just without the war itself.”

all we need is love

When I left the camp I walked along one of its outer walls for a while. It was an odd sight: the wall was about 3m tall and crowned with razor wire, but it had been painted in bright colors. There were stylish graffiti and slogans all over it. THE TRUTH ALWAYS WINS read one of them. ALL WE NEED IS LOVE read another.

When I got to the end of the wall it wasn’t painted anymore, instead it had returned to its natural state of grey. The razor wire was still there. But here, too, there were some graffiti. They weren’t stylish or fancy, just hastily scrawled words and slogans. ACAB read one of them, a classic. FREEDOM FOR THE HARMANLI 21 read another.

I looked up the Harmanli 21. It turned out that they were a group of refugees who had been held responsible for the riots in the Harmanli Refugee Camp back in 2016. Most of them had been returned to their home countries.

The wall of the Caravanserai of Harmanli: 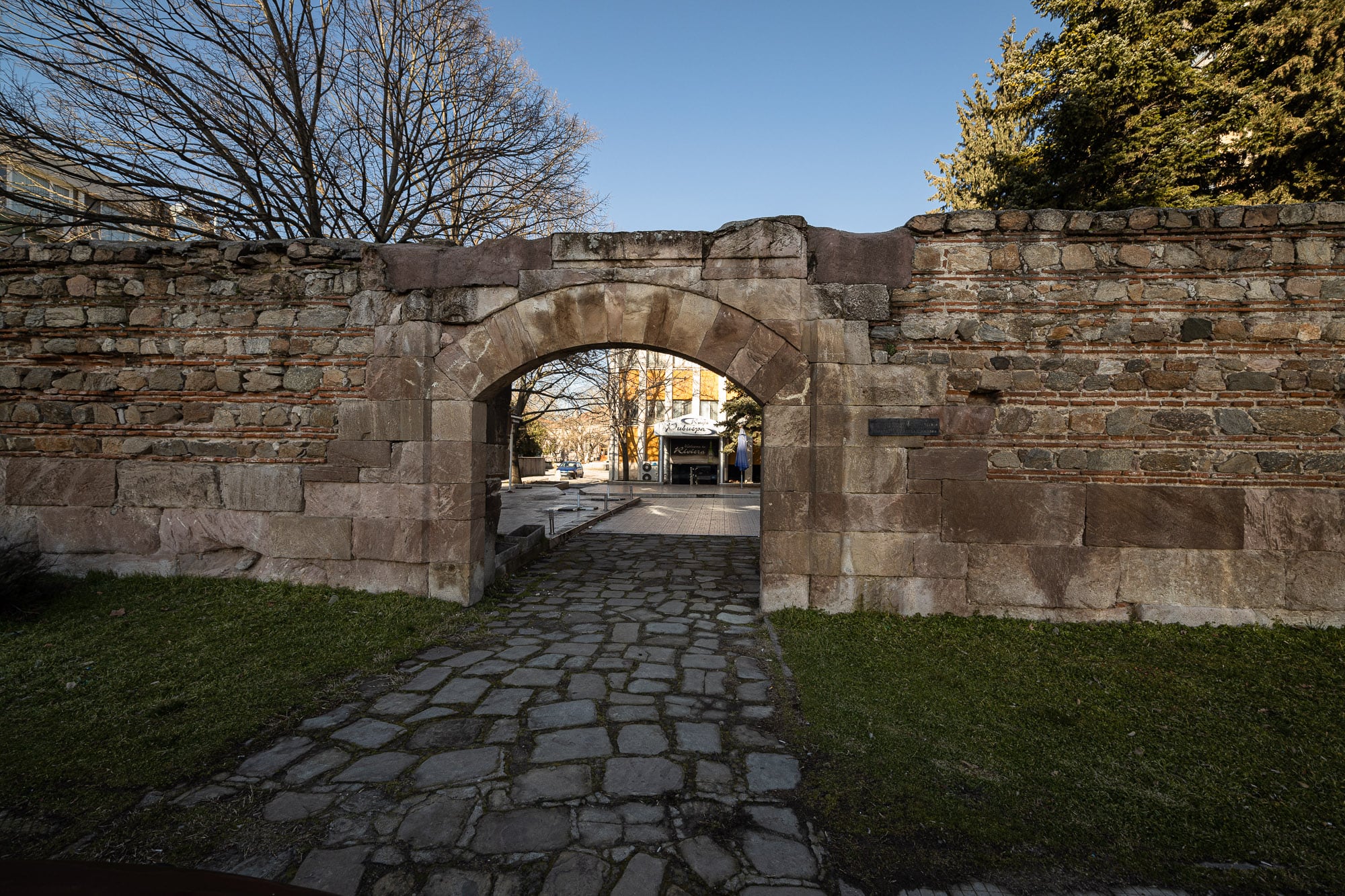 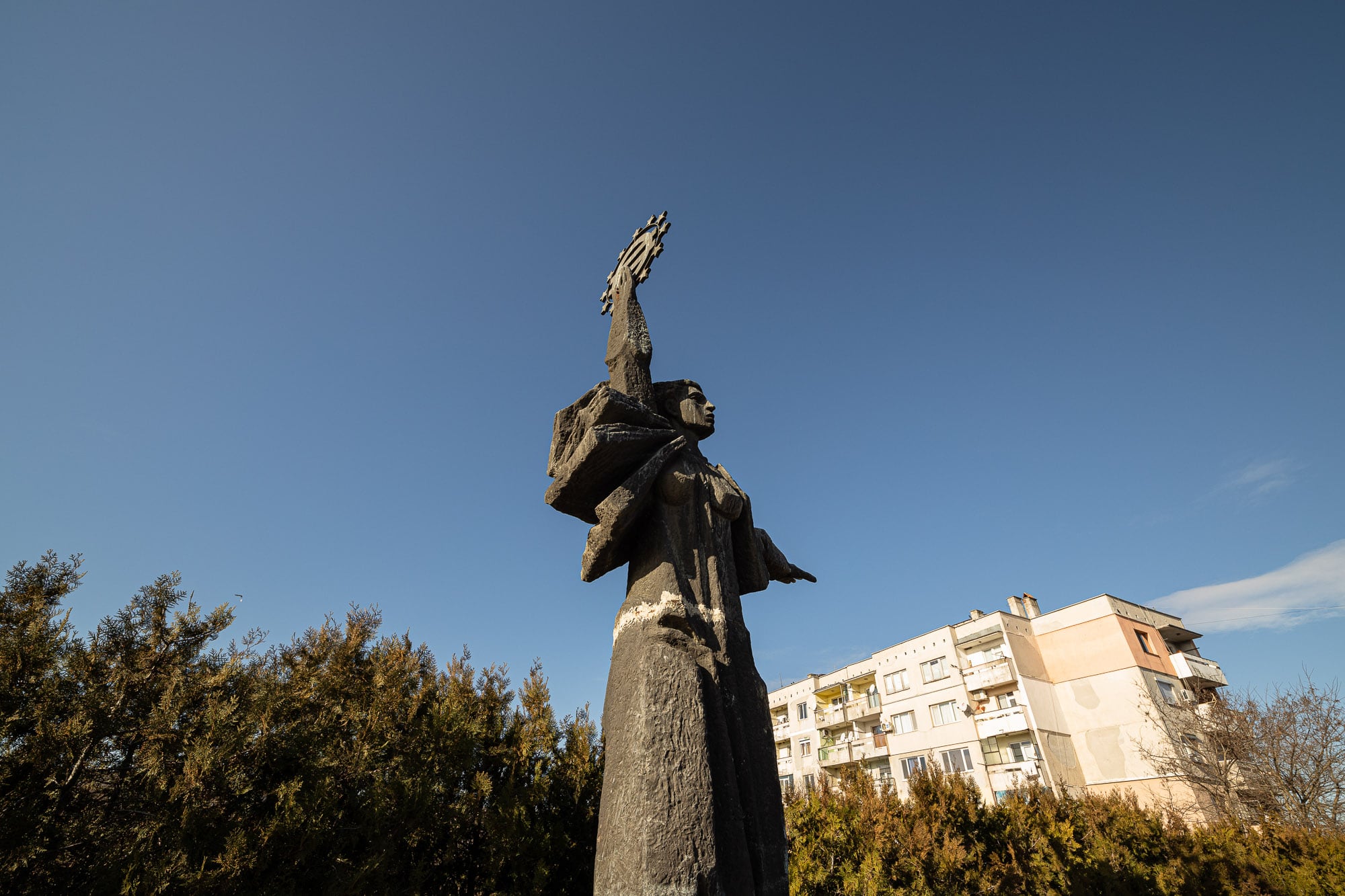 The gate of the Harmanli Refugee Camp: 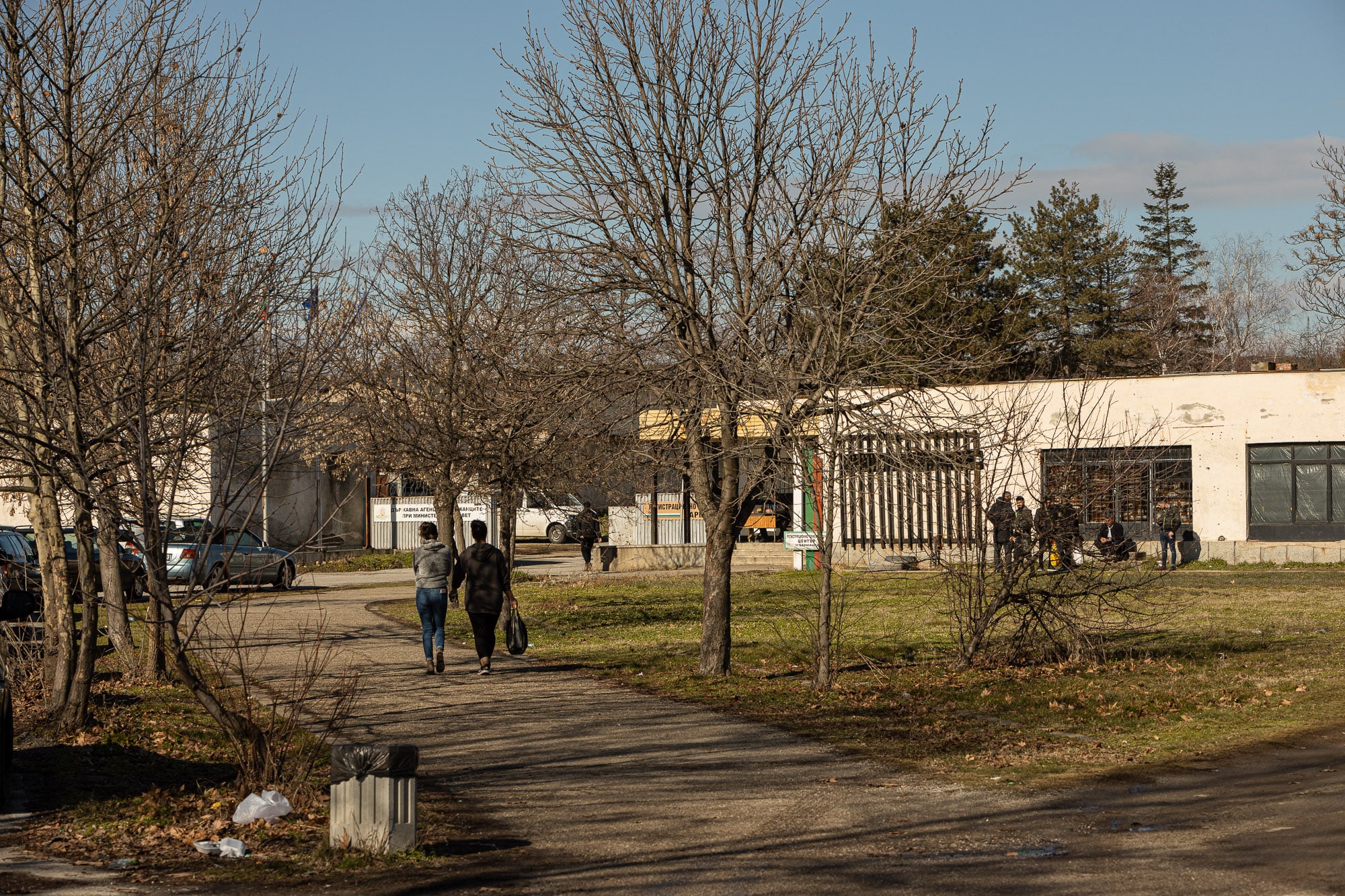 The outer wall of the Harmanli Refugee Camp: 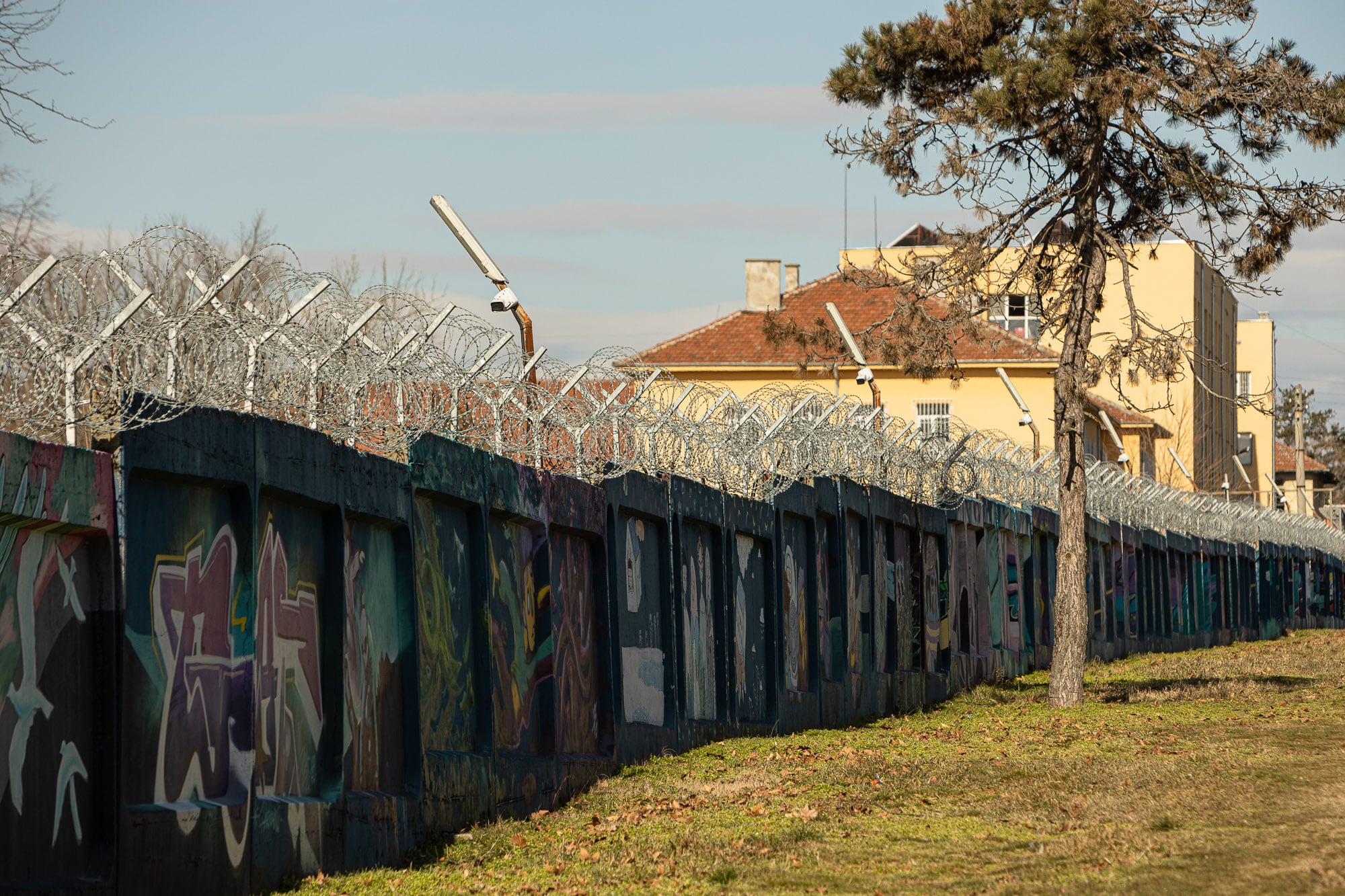 The Truth Will Always Win graffito: 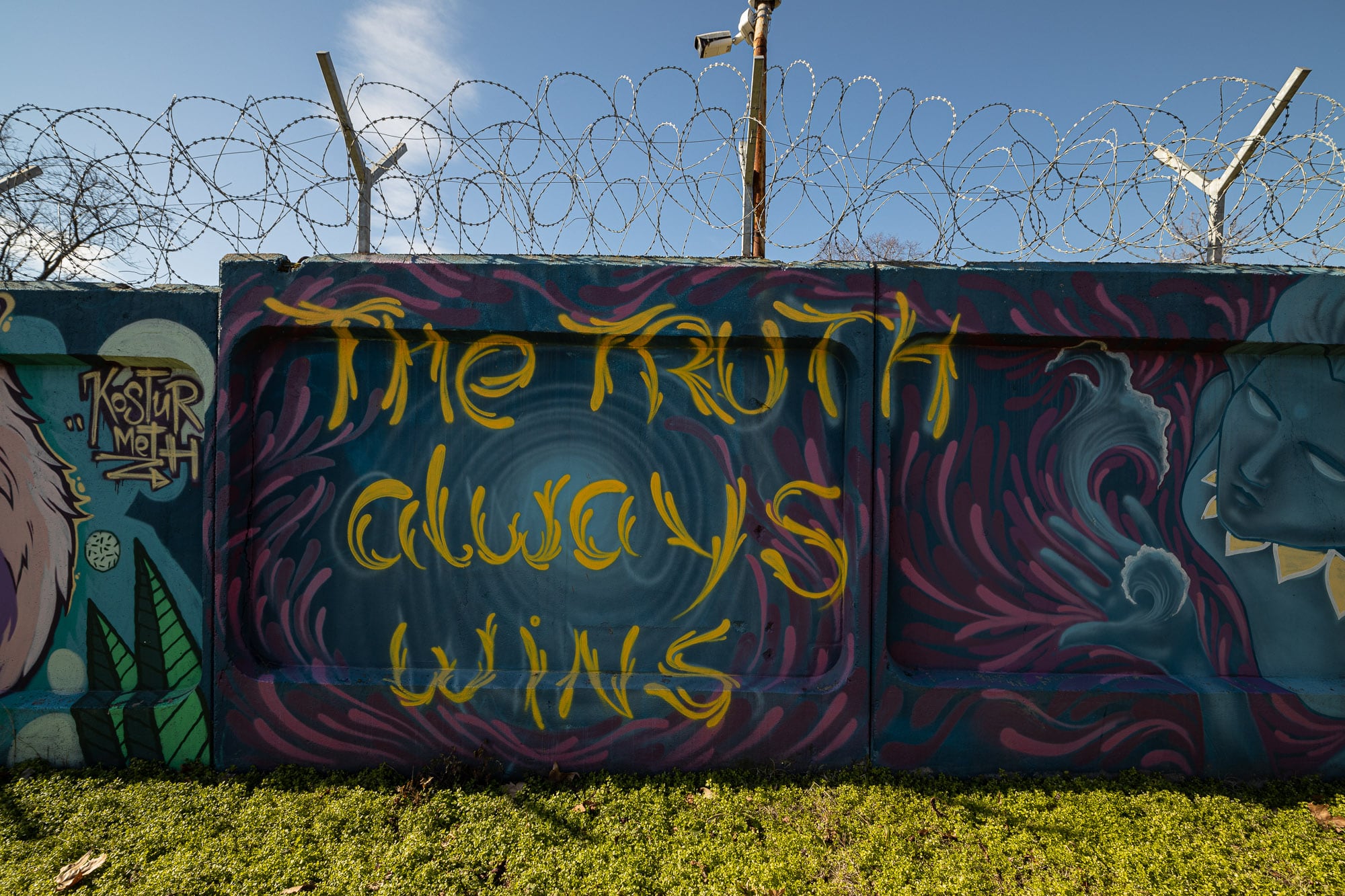 All We Need Is Love graffito 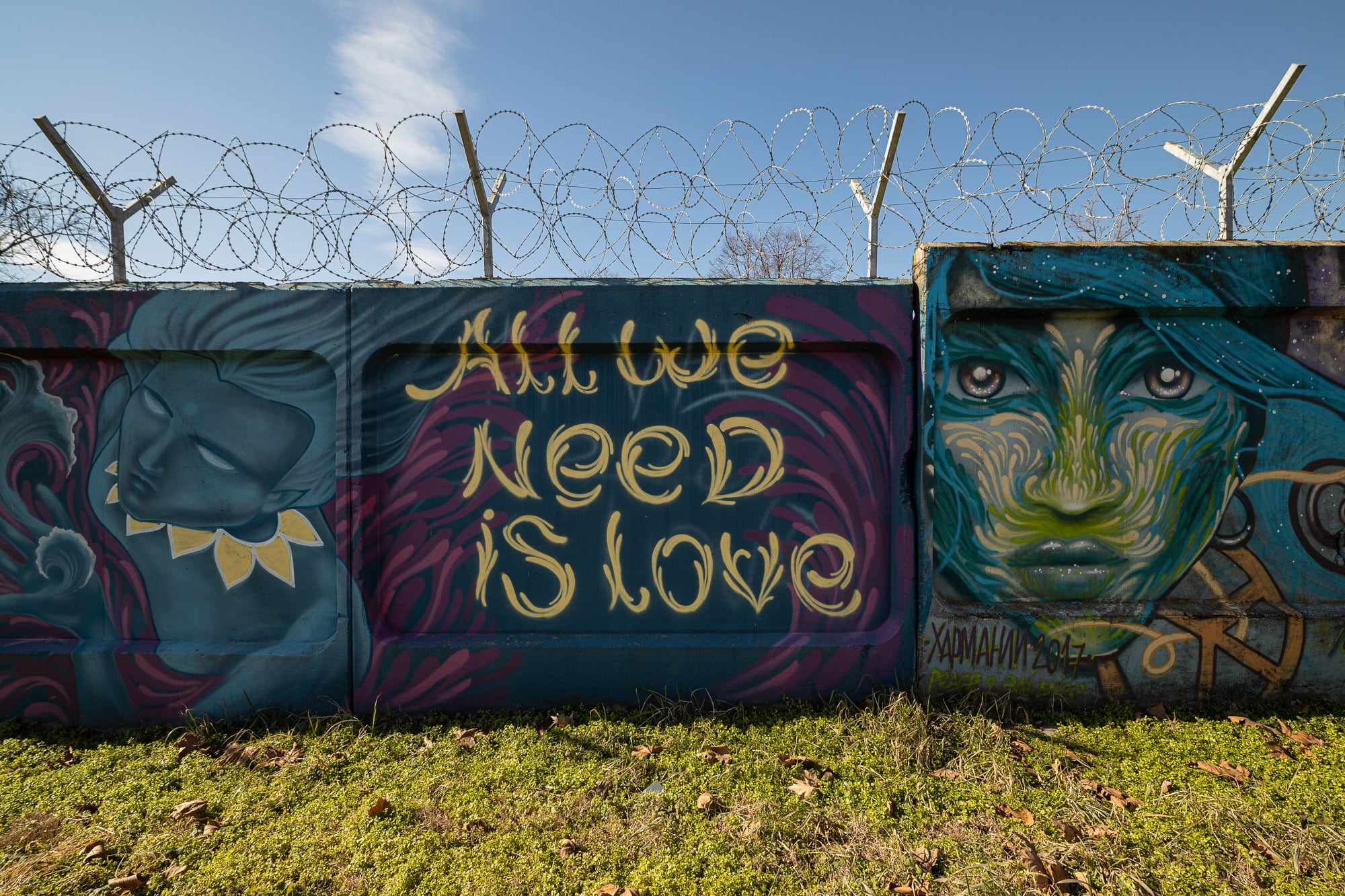 ACAB and Freedom For The Harmanli 21 graffiti: 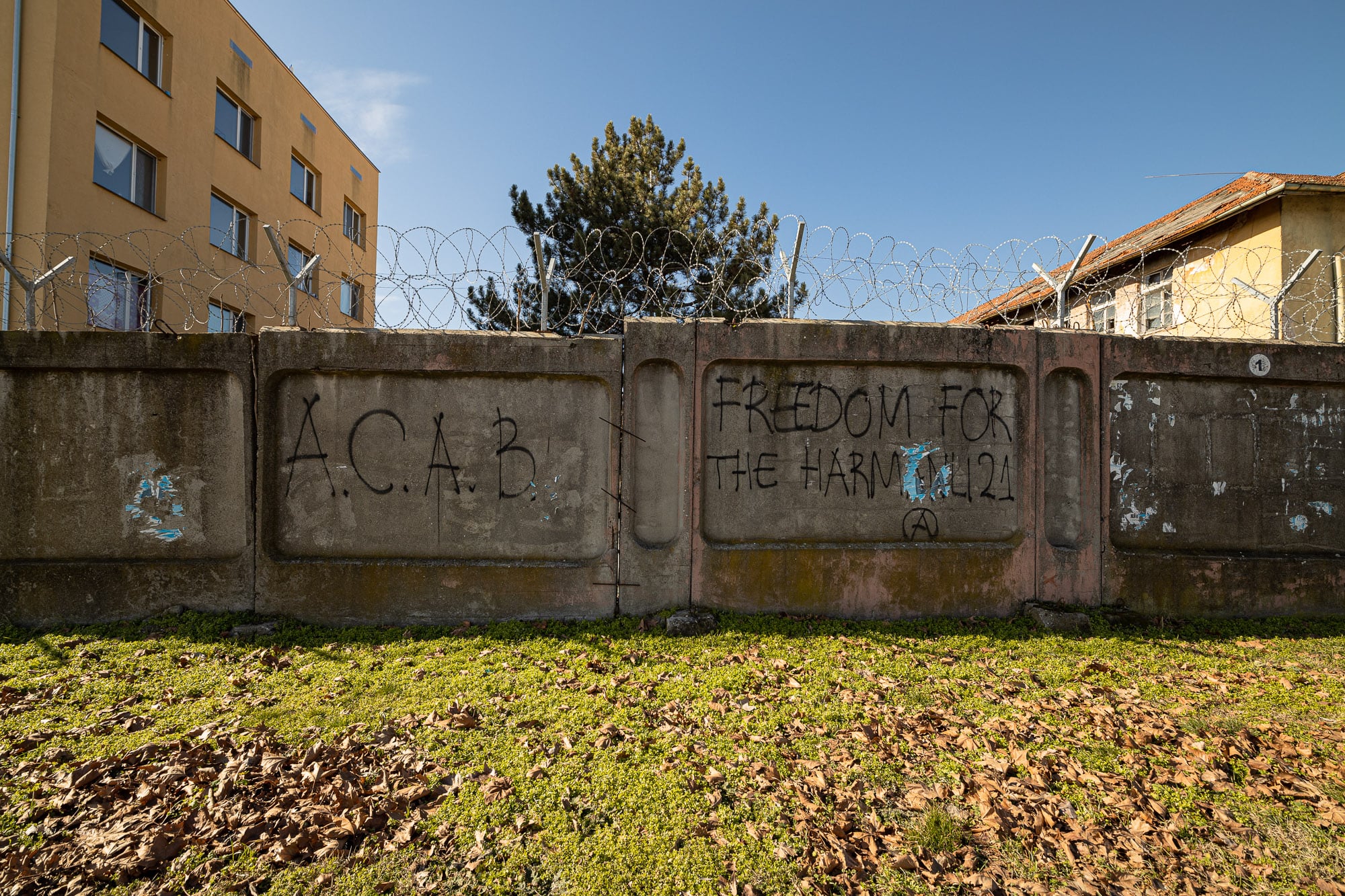 The road to walk from Harmanli to Aleksandrovo: 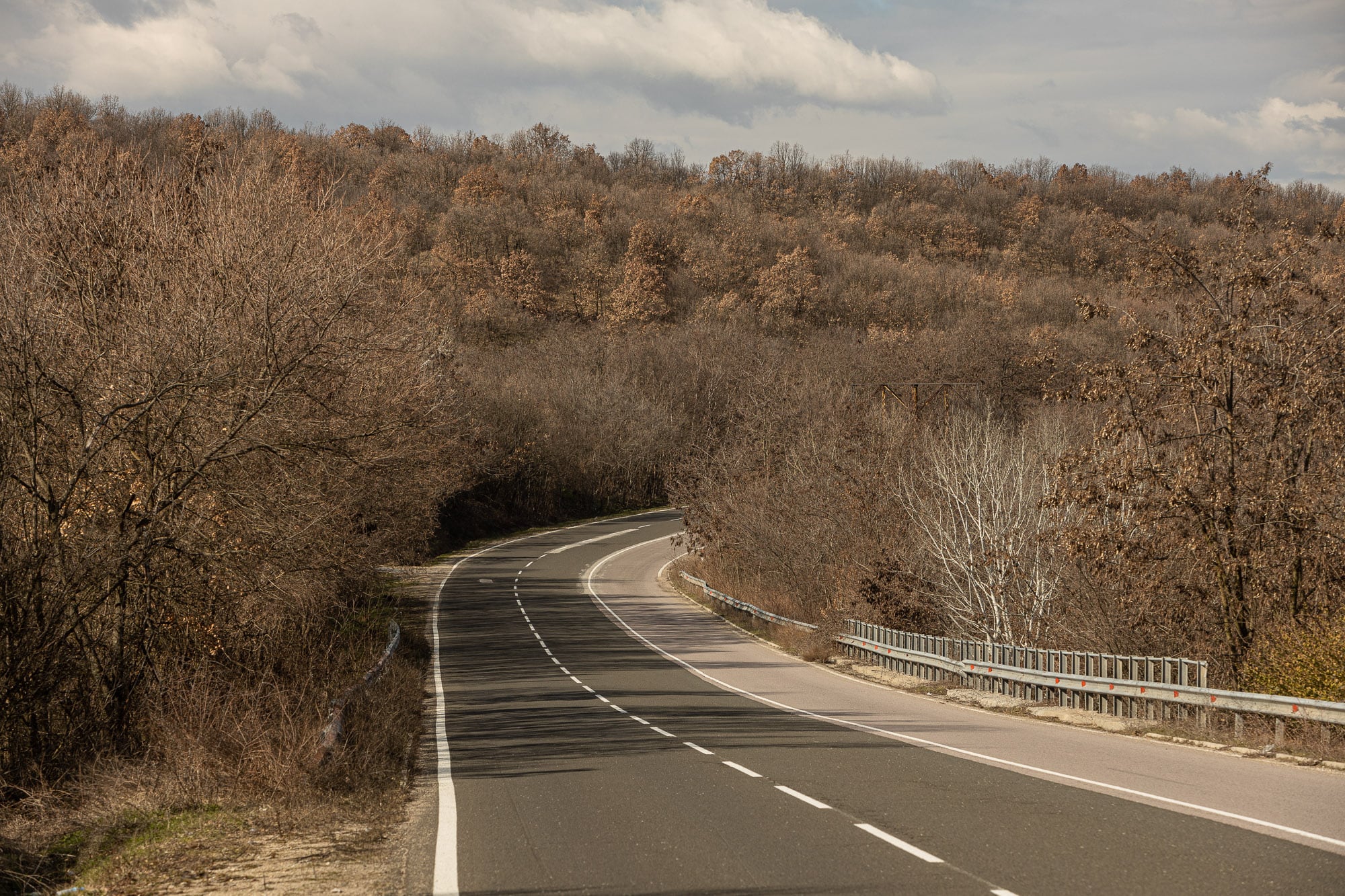 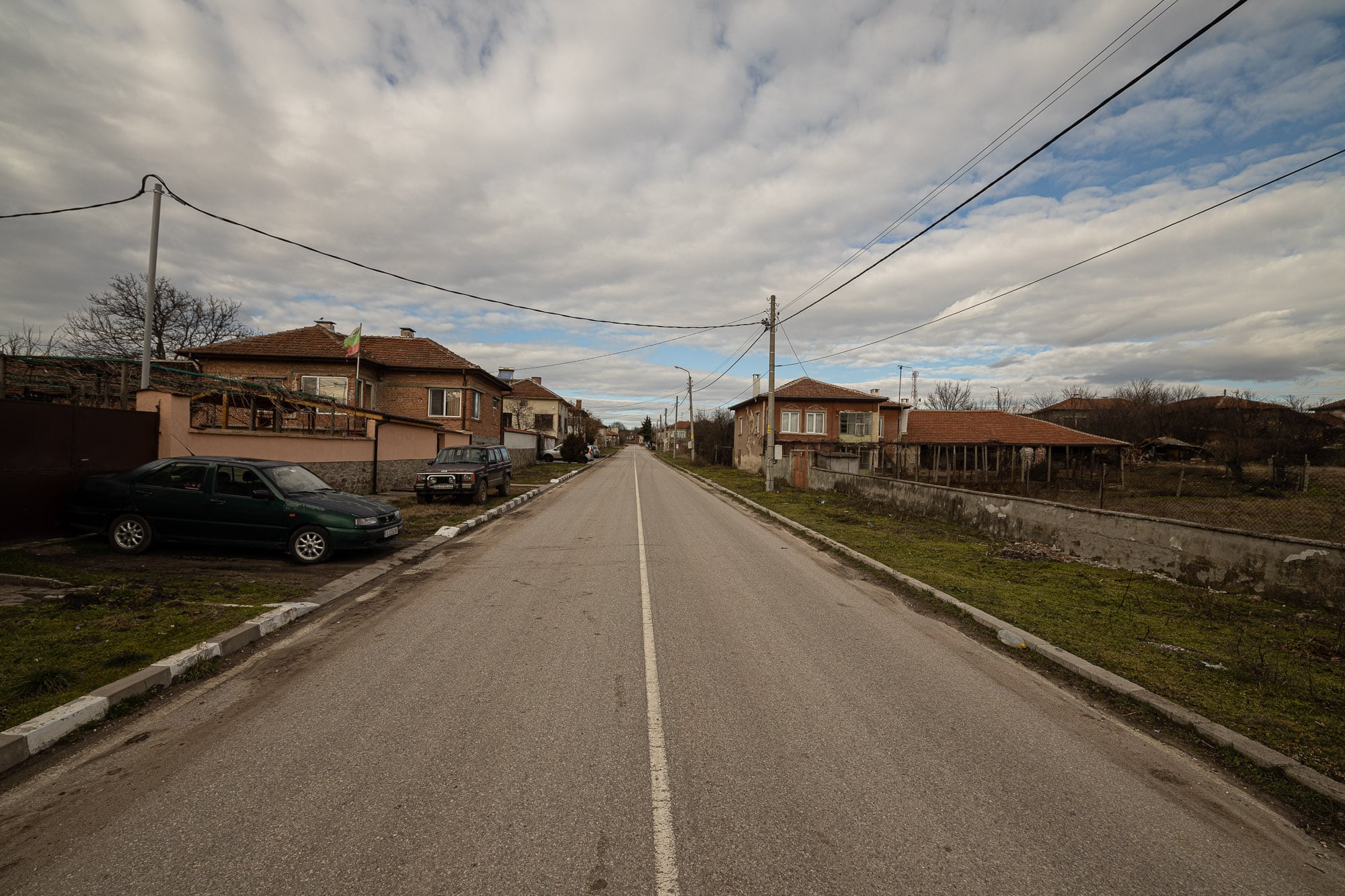 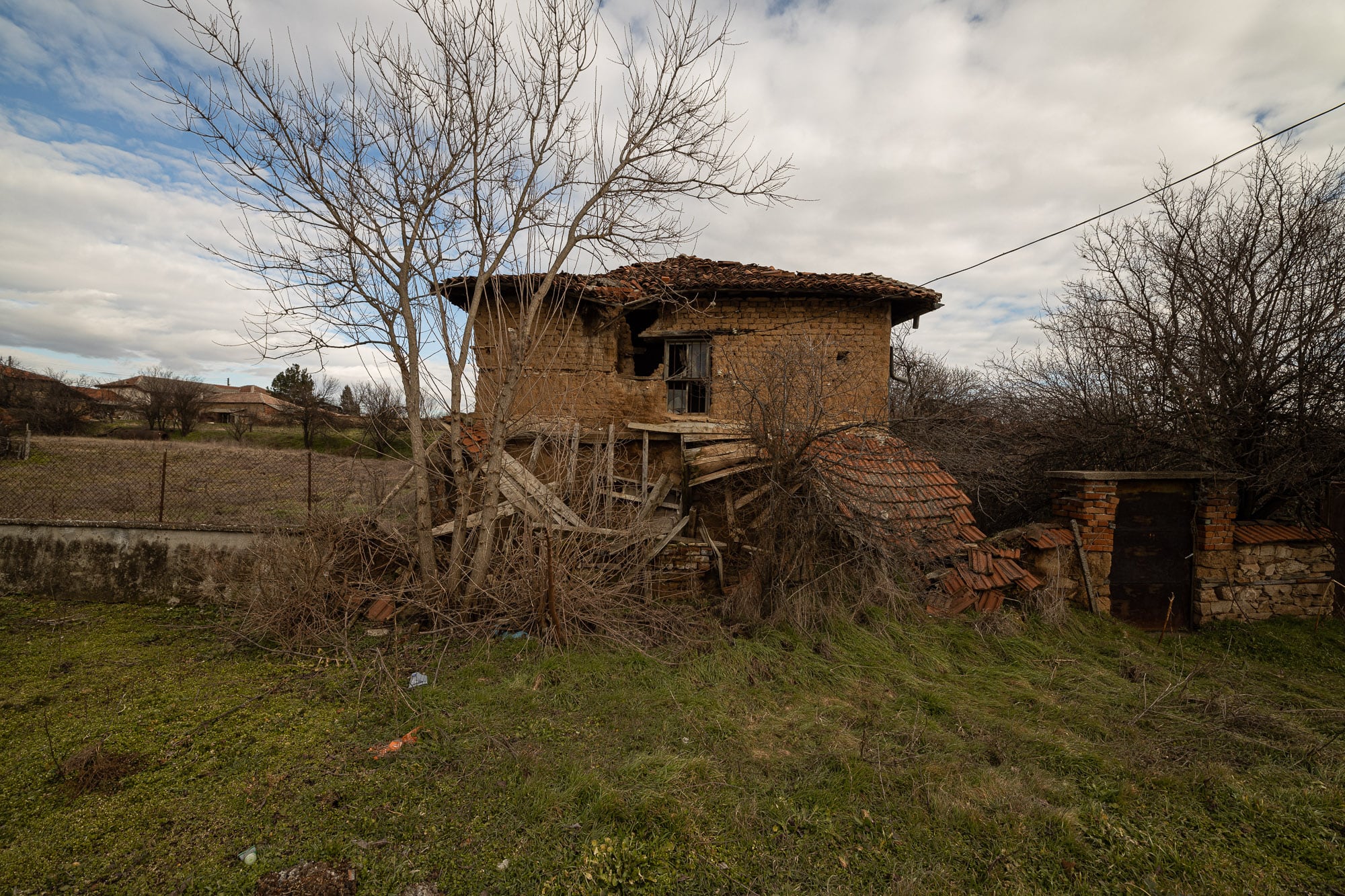 (Sexy) coffee machines are all over Bulgaria: 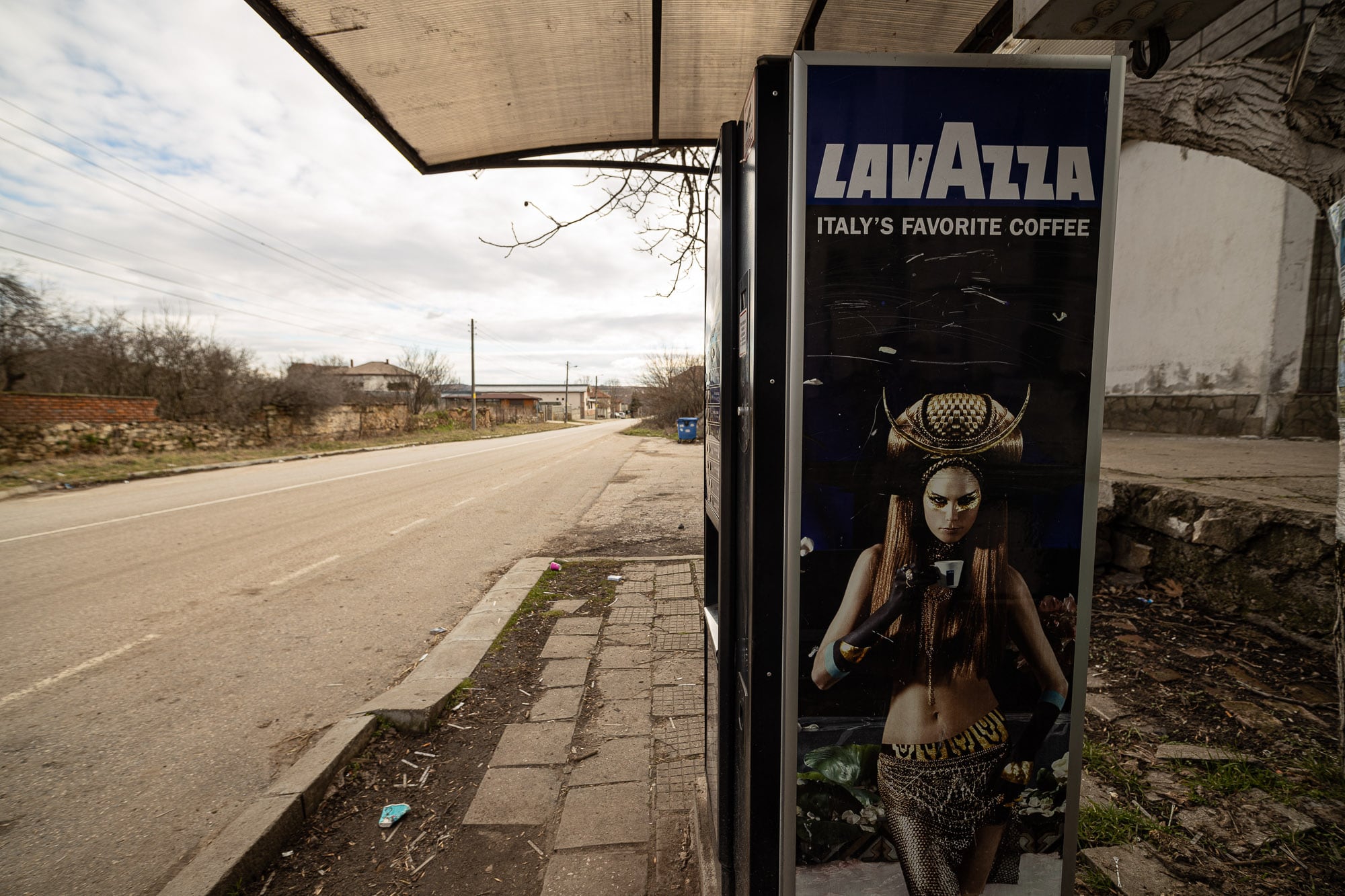 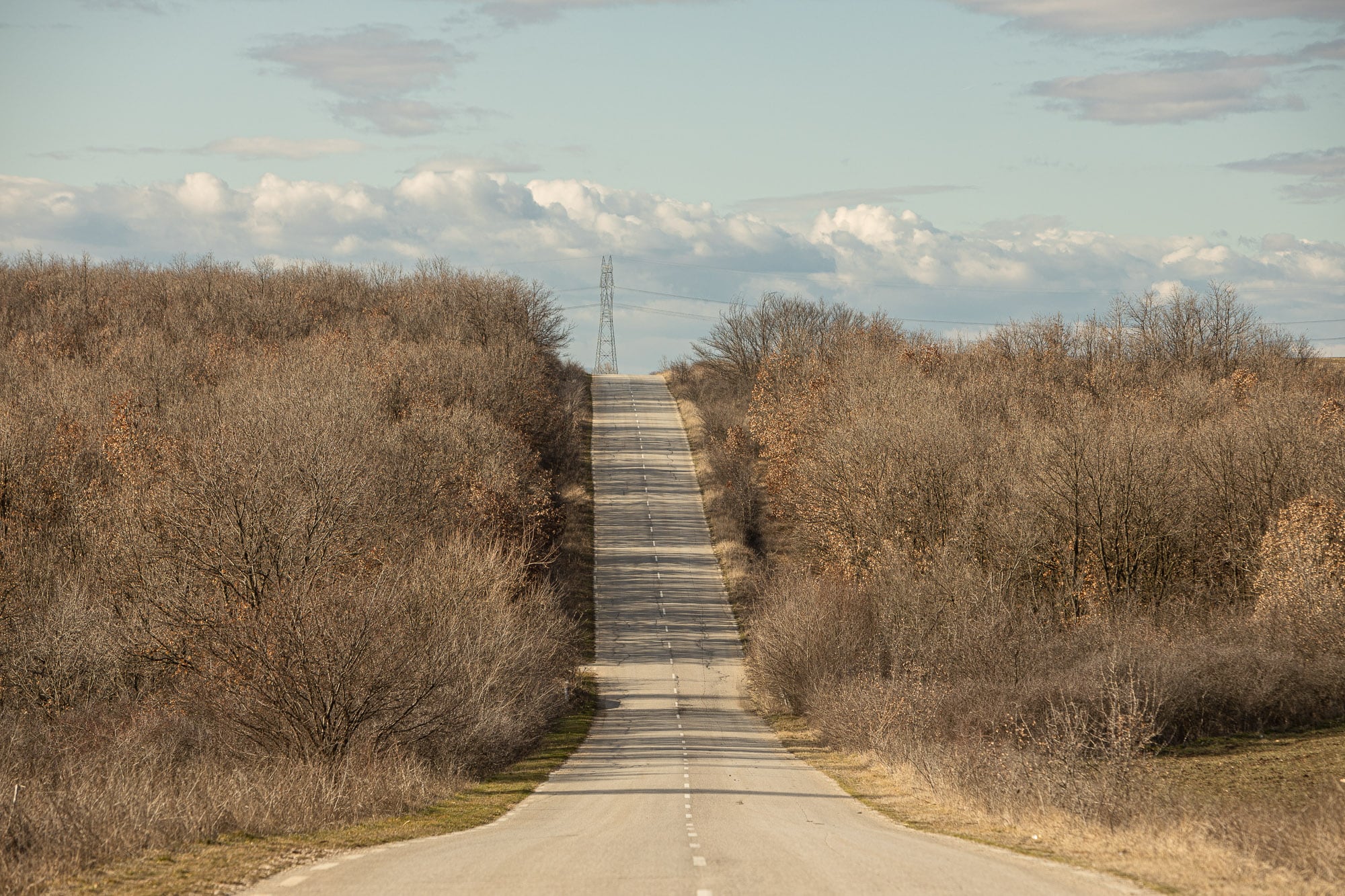 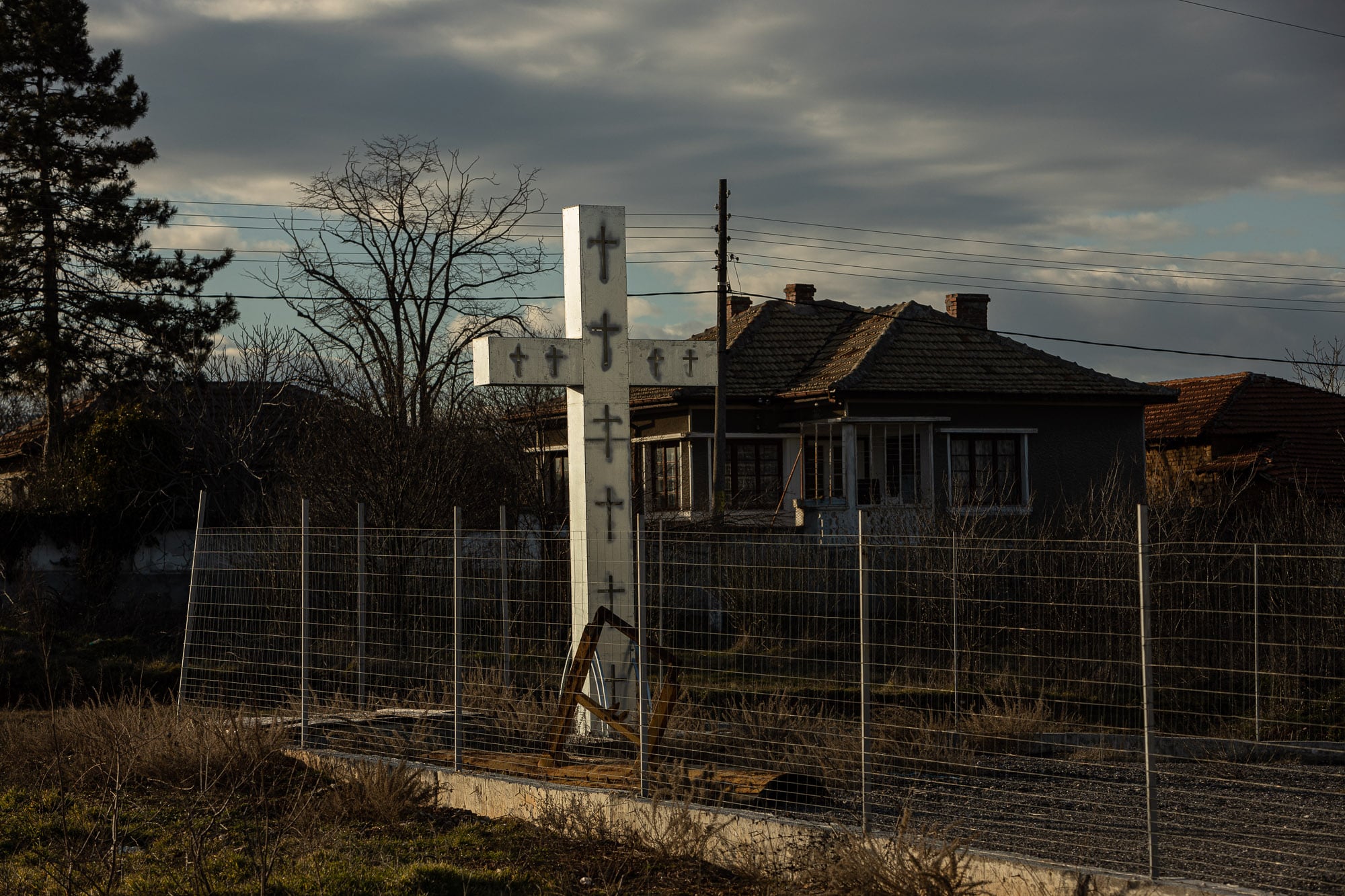 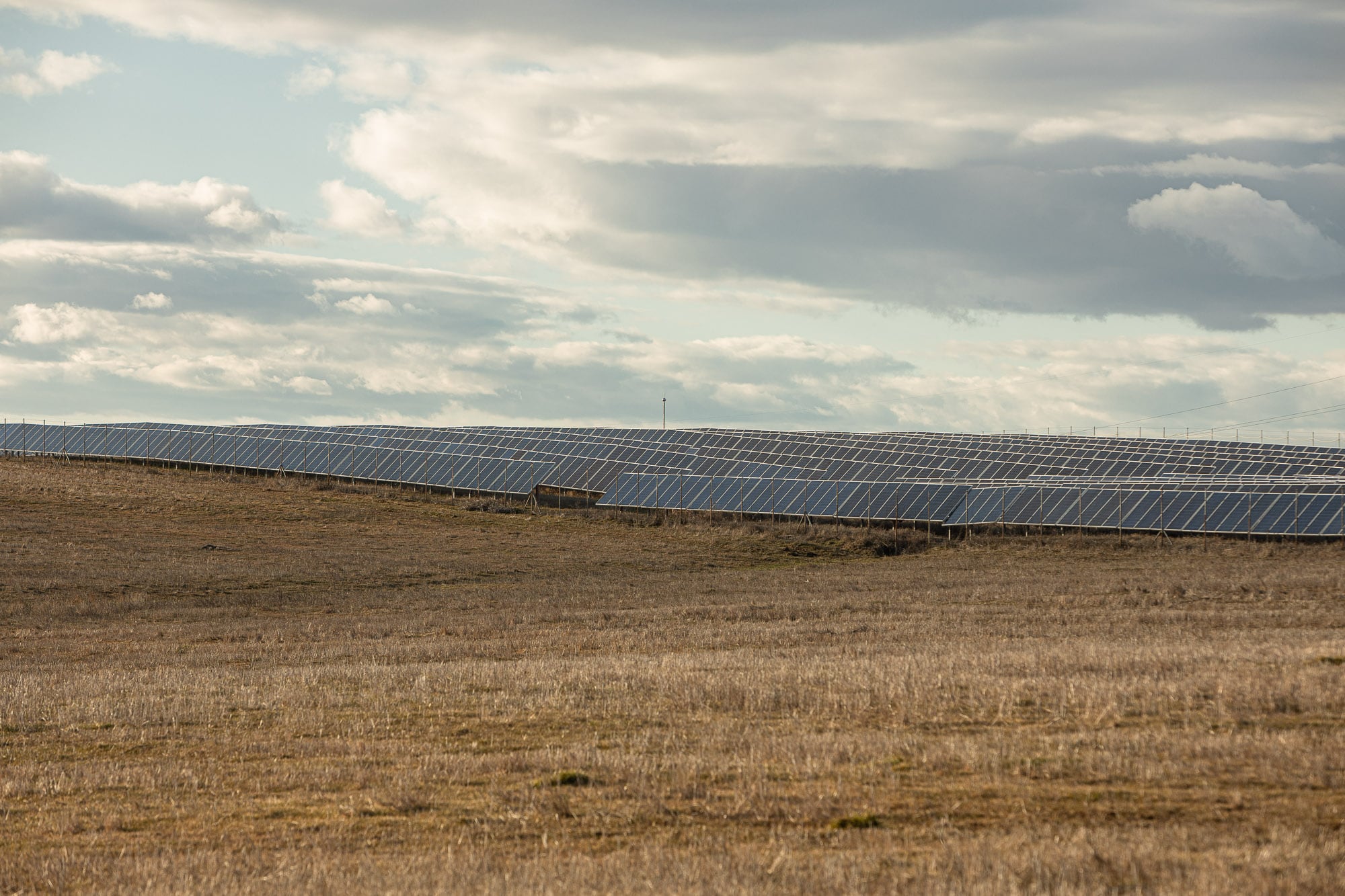 The end of the walk from Harmanli to Aleksandrovo: 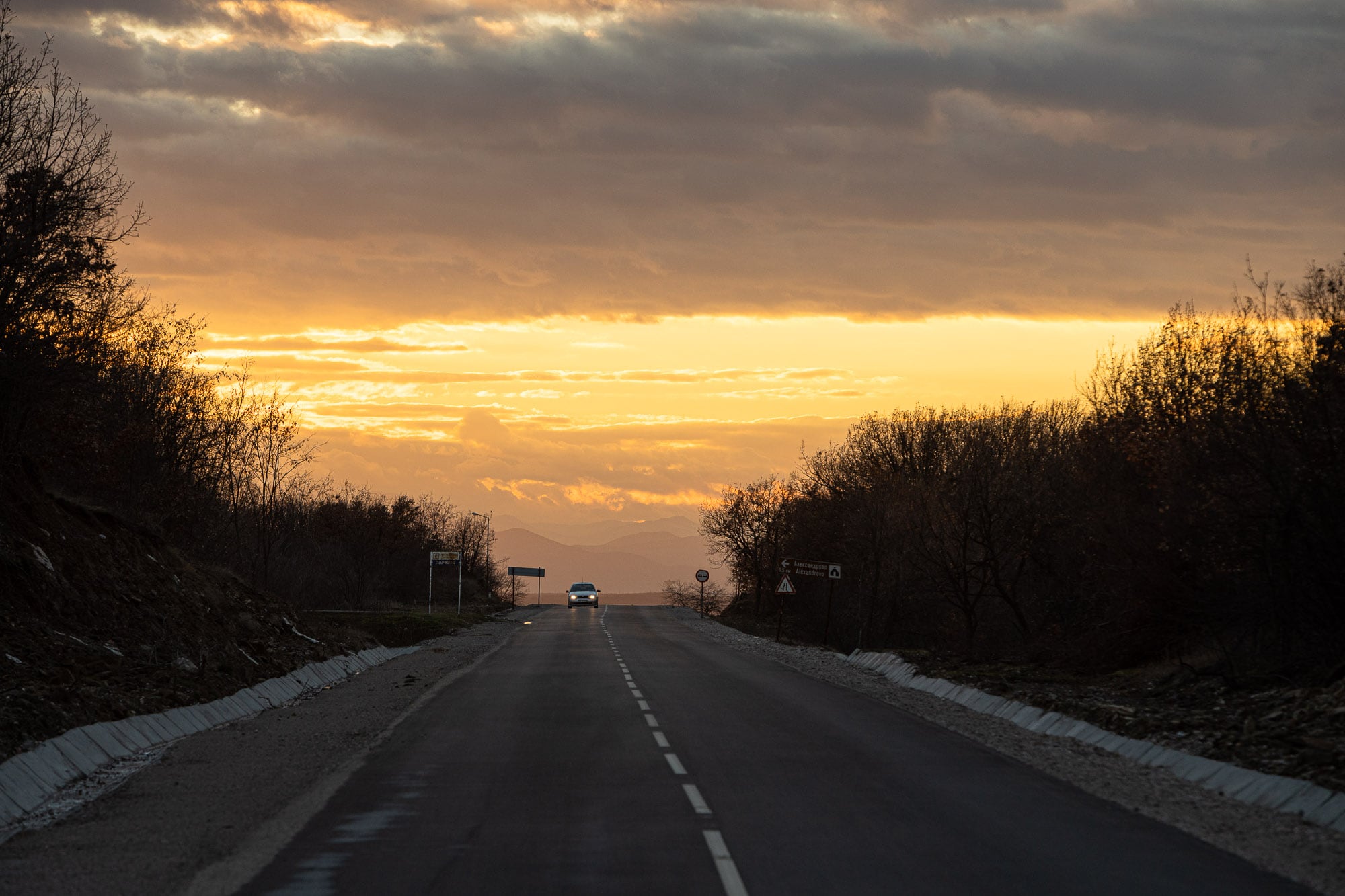 Day 518
from Harmanli to Aleksadrovo