This post is about a visit at the Thracian Tomb of Aleksandrovo. I appreciate the fact that it’s a good replica.

I was staying with a lovely family who had a campground in the village of Aleksandrovo. And because they had a car and they were going downtown anyway, I finally had the chance to go to a clinic and get my Covid booster shot. In Bulgaria, unlike in Turkey, you could do that with a foreign passport.

There were a few other people waiting in line. They were mostly old ladies. The woman next to me helped me fill out my papers. When I asked her if she had also come for the shot, she said that she wasn’t planning to get vaccinated. At all. We both smiled awkwardly. There was a strong mutual you’re-an-idiot-but-it’s-okay vibe in the air.

My vaccination was smooth sailing. There was no pain and there were no side effects. I asked the nurse for some candy but I didn’t get any. I felt happy anyway. Moving from Johnson & Johnson to Pfizer/BioNtech felt like an upgrade.

Back in the village I went straight to the local museum. It was outside in the hills, and it housed a permanent exhibition dedicated to the famous Thracian tomb of Aleksandrovo.

The tomb reminded me of a place that I had visited many years earlier and some 12,000 kilometers to the east: the Terracotta Army in Central China. It was much, much smaller, yes. But both were graves, both had the form of burial mounds, both were from the same epoch (the Thracian tomb being about a century older), and both had been accidentally discovered just a few decades earlier.

The Thracian tomb in the museum wasn’t real, though. In order to preserve the original artifacts, a team of specialists had created an exact replica of the whole thing and put it in the museum for visitors to see. This seemed a bit odd at first, but the more I thought about it, the more I liked the idea.

It meant that I could experience the “tomb” without having to feel bad for breathing, taking photos, or touching anything. There were no other visitors in the museum, and the guards left me alone while I went into the tomb replica and sat down on the sarcophagus replica.

There were paintings on the walls. Four guys on horses, three guys on foot, and a naked man with an axe were hunting a few animals. They all had Hellenistic noses: long and straight. The riders had genie shoes: tight and pointed up at the tips. The naked man with the axe had a weird penis. 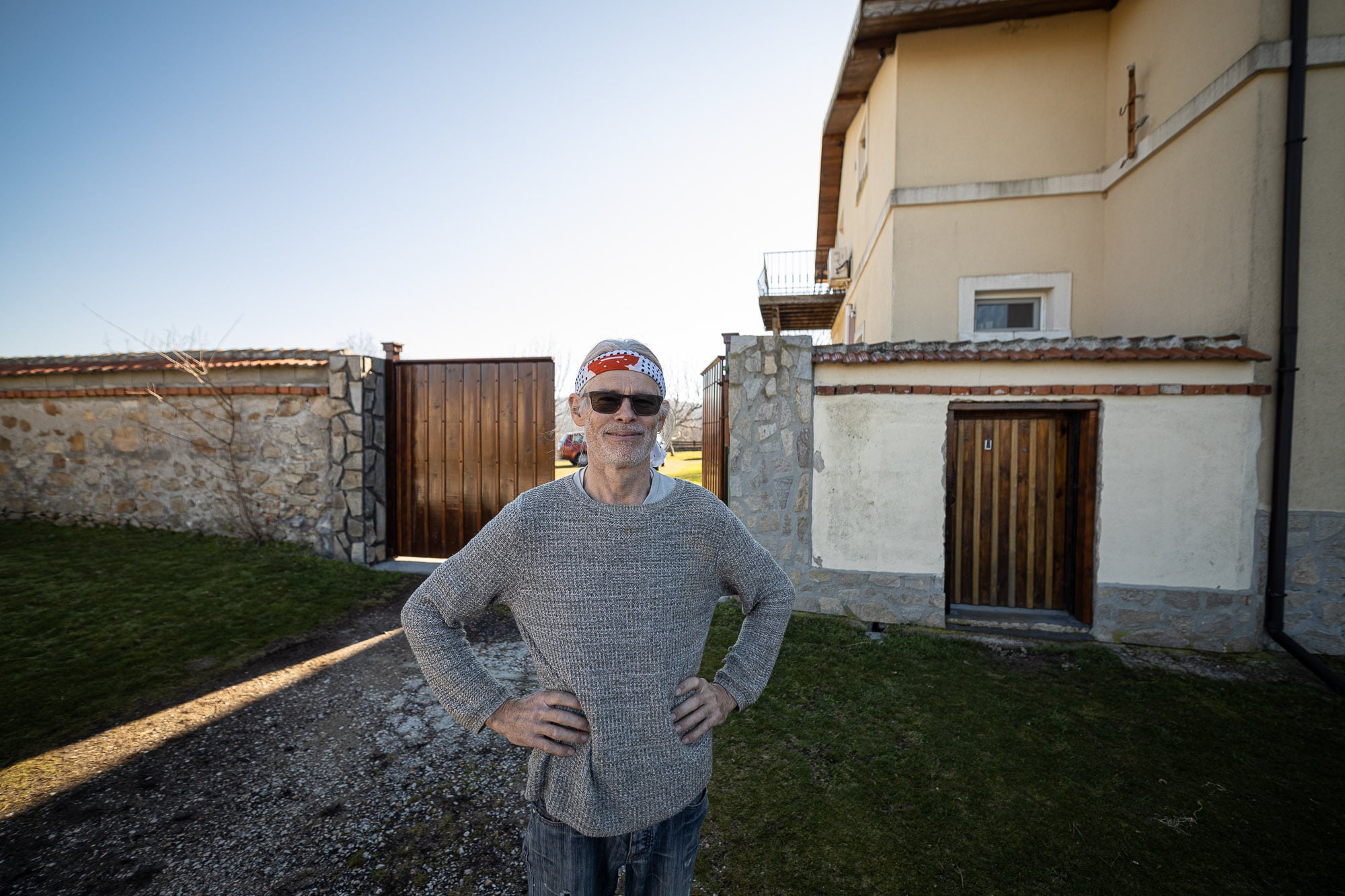 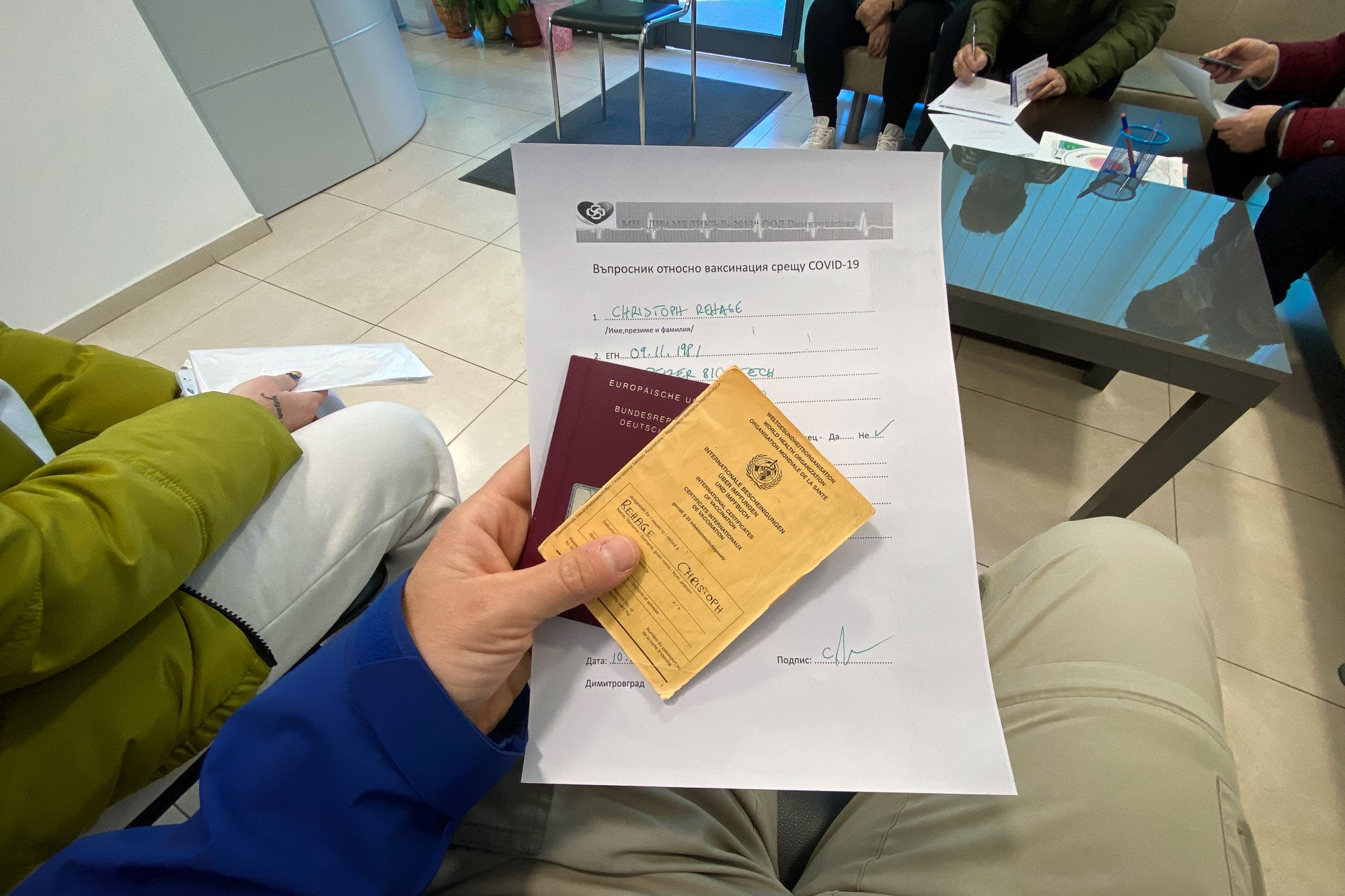 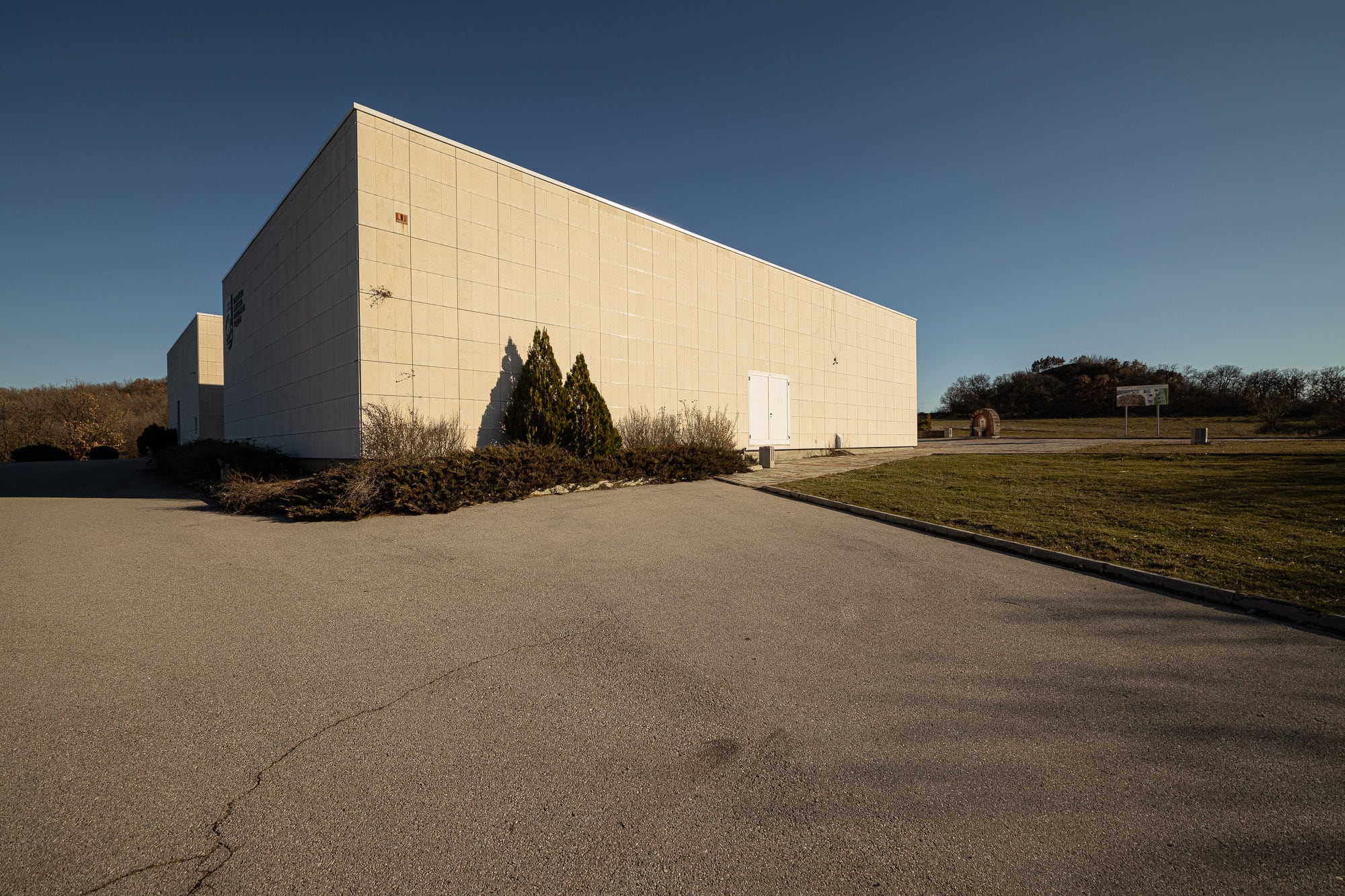 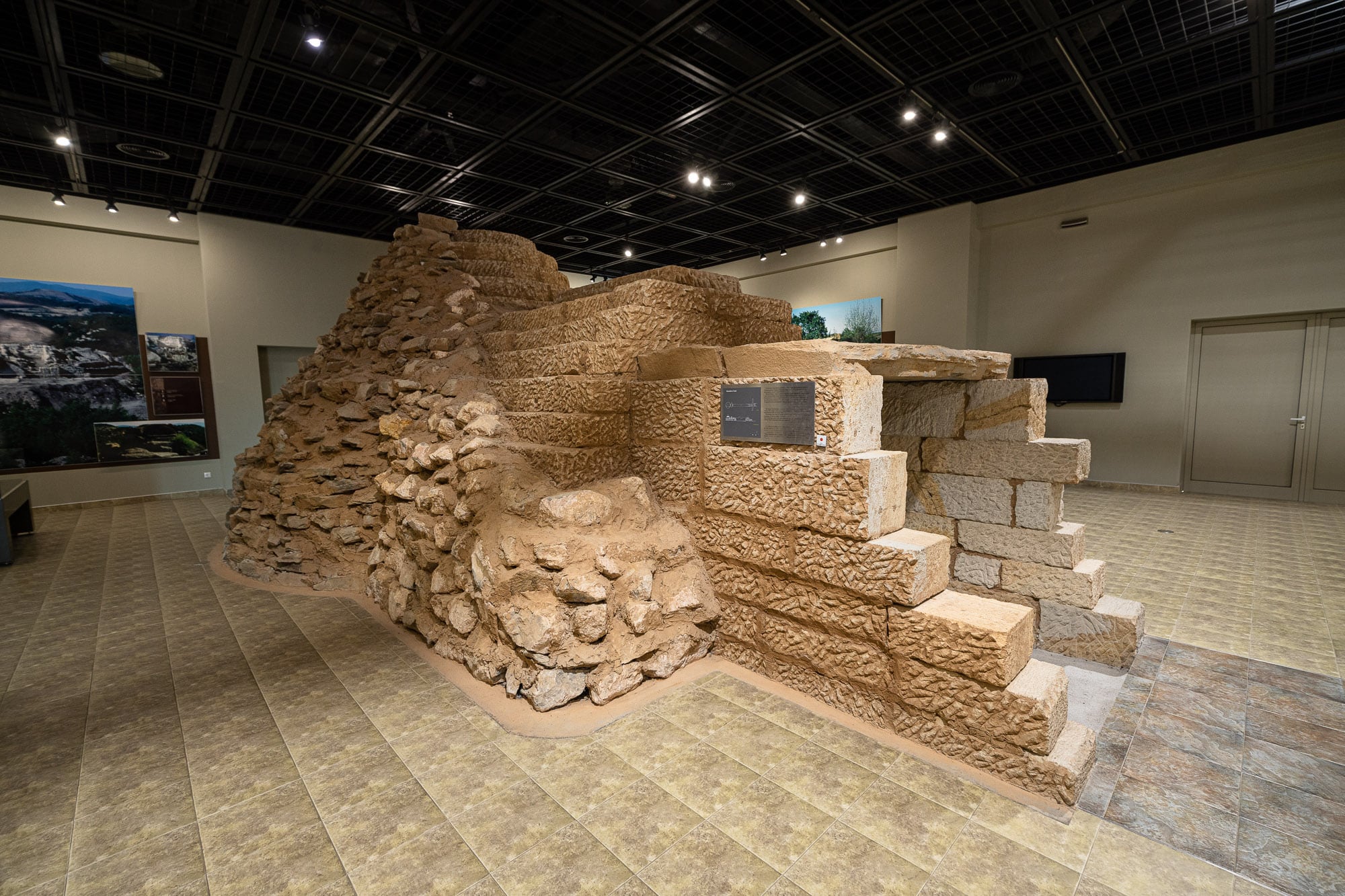 Inside the replica of the tomb: 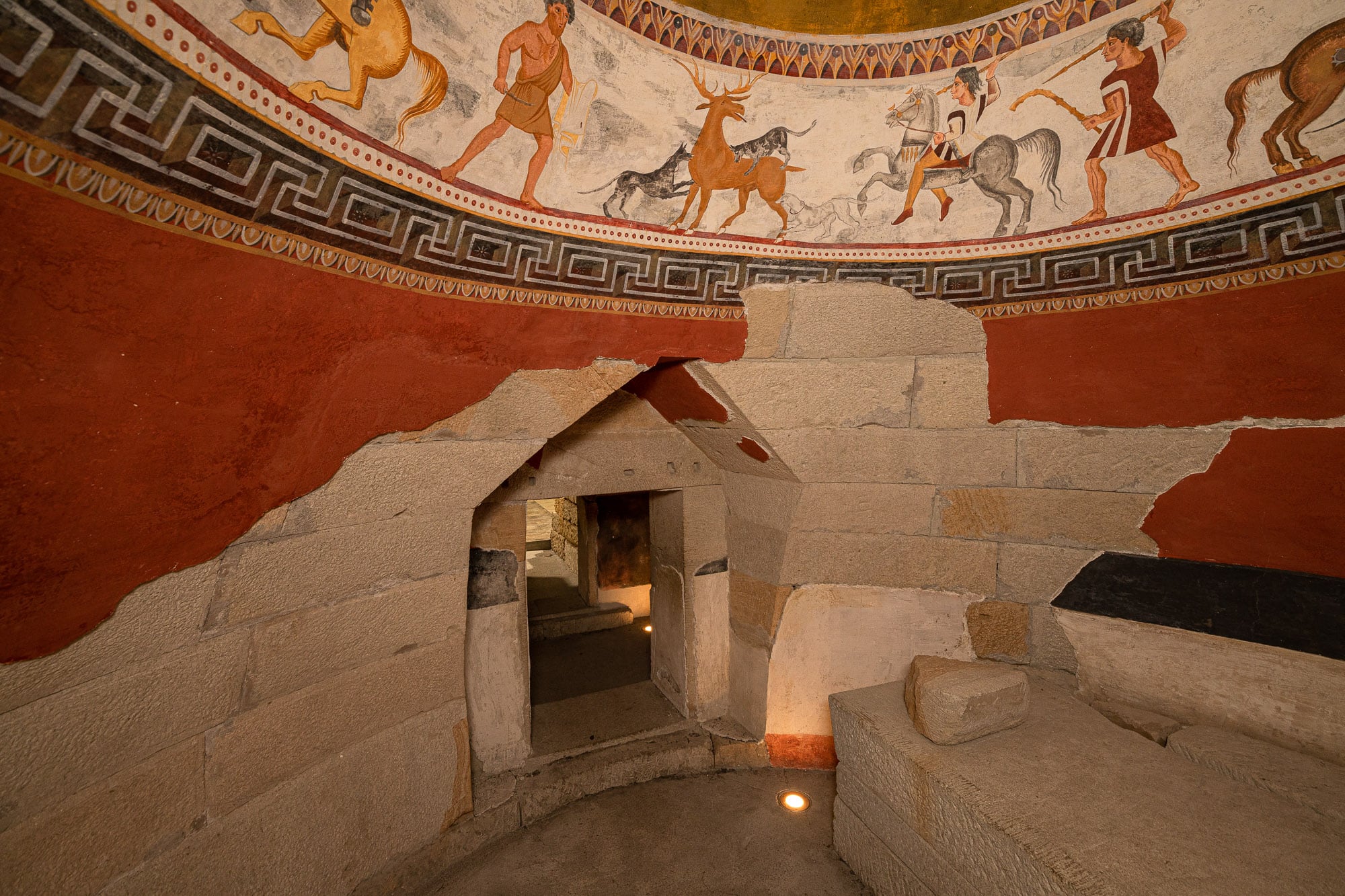 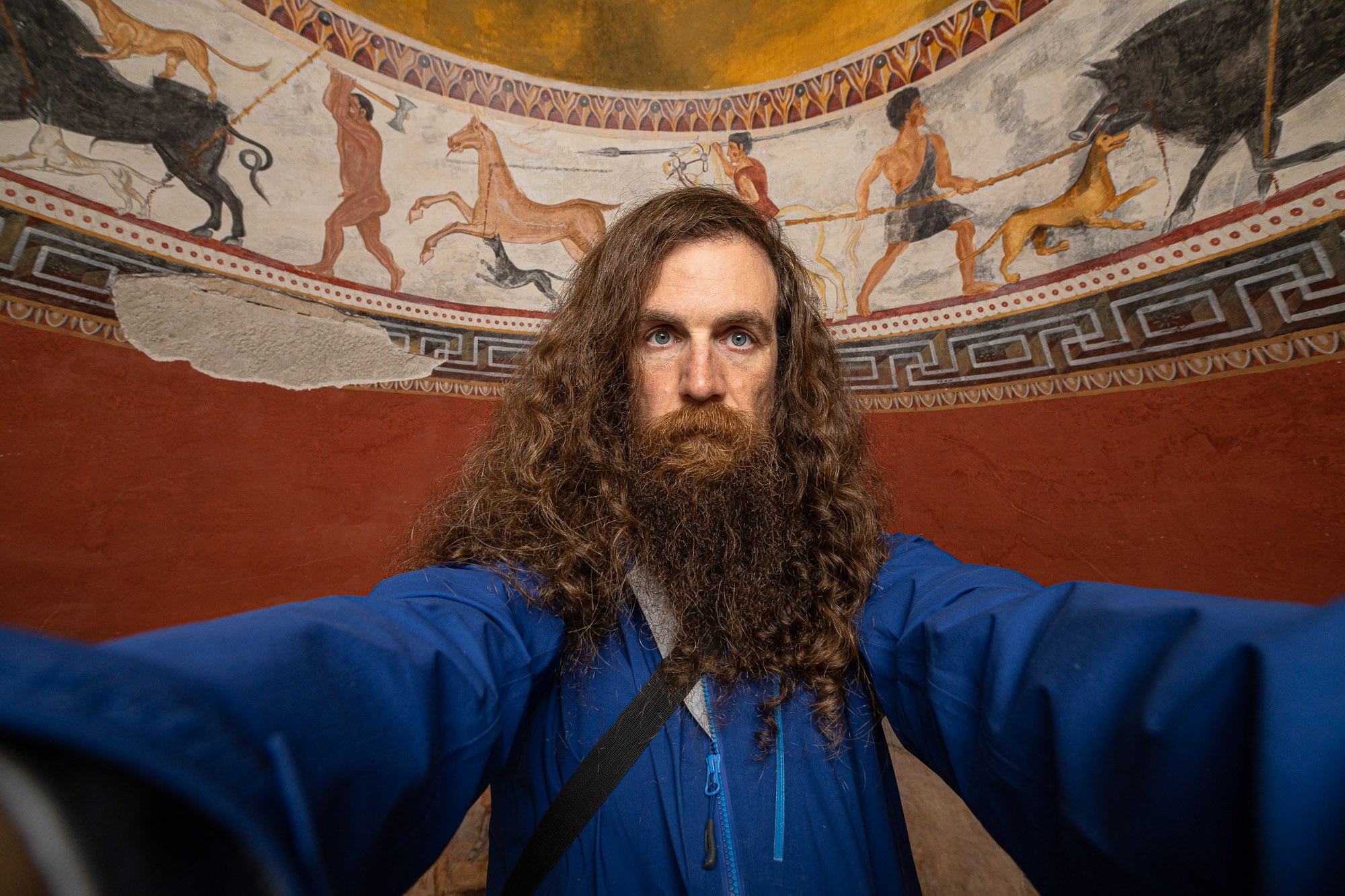 Gold jewellery that is more than 6000 years old: 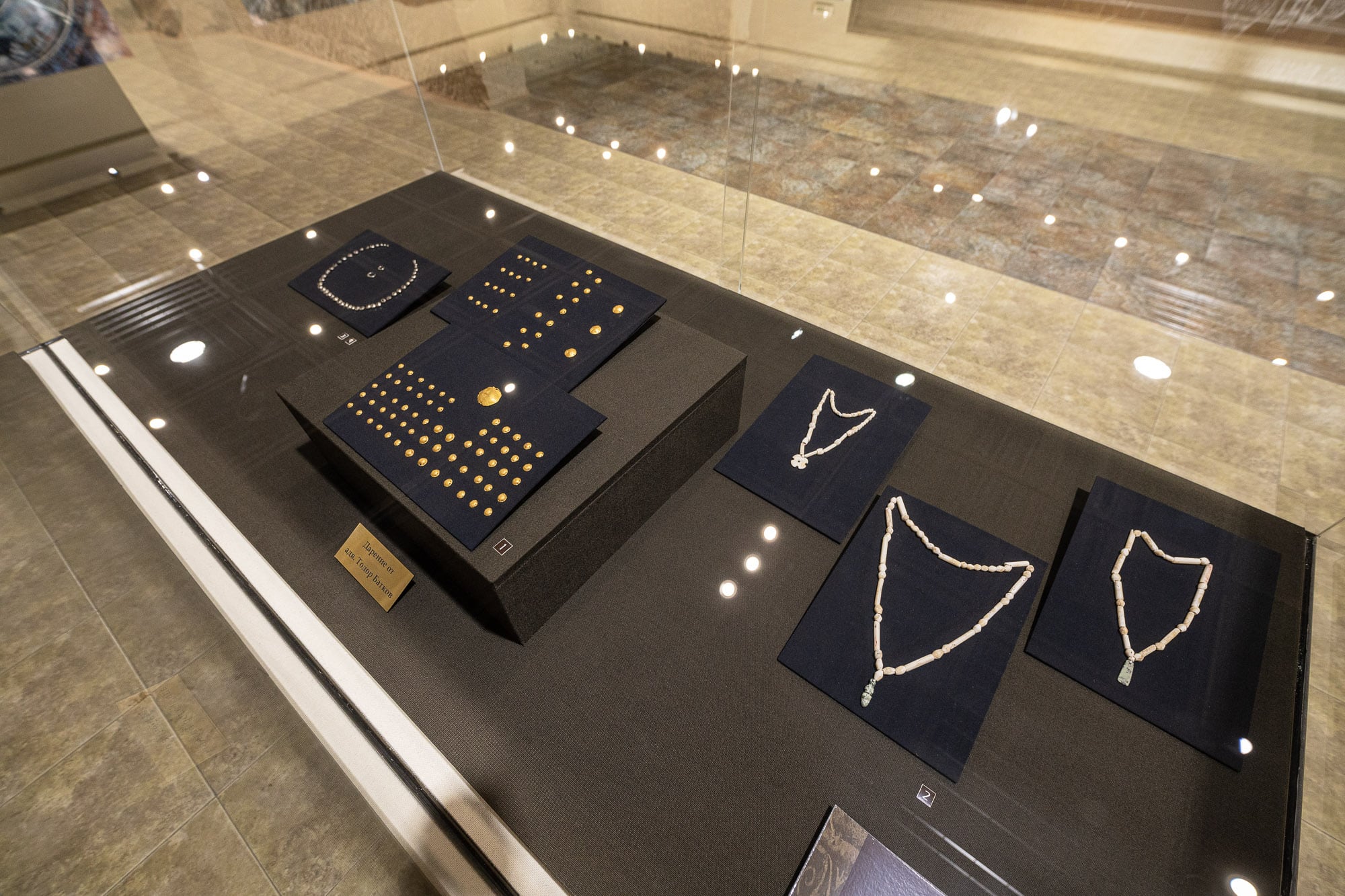 A flock of sheep on their way home: 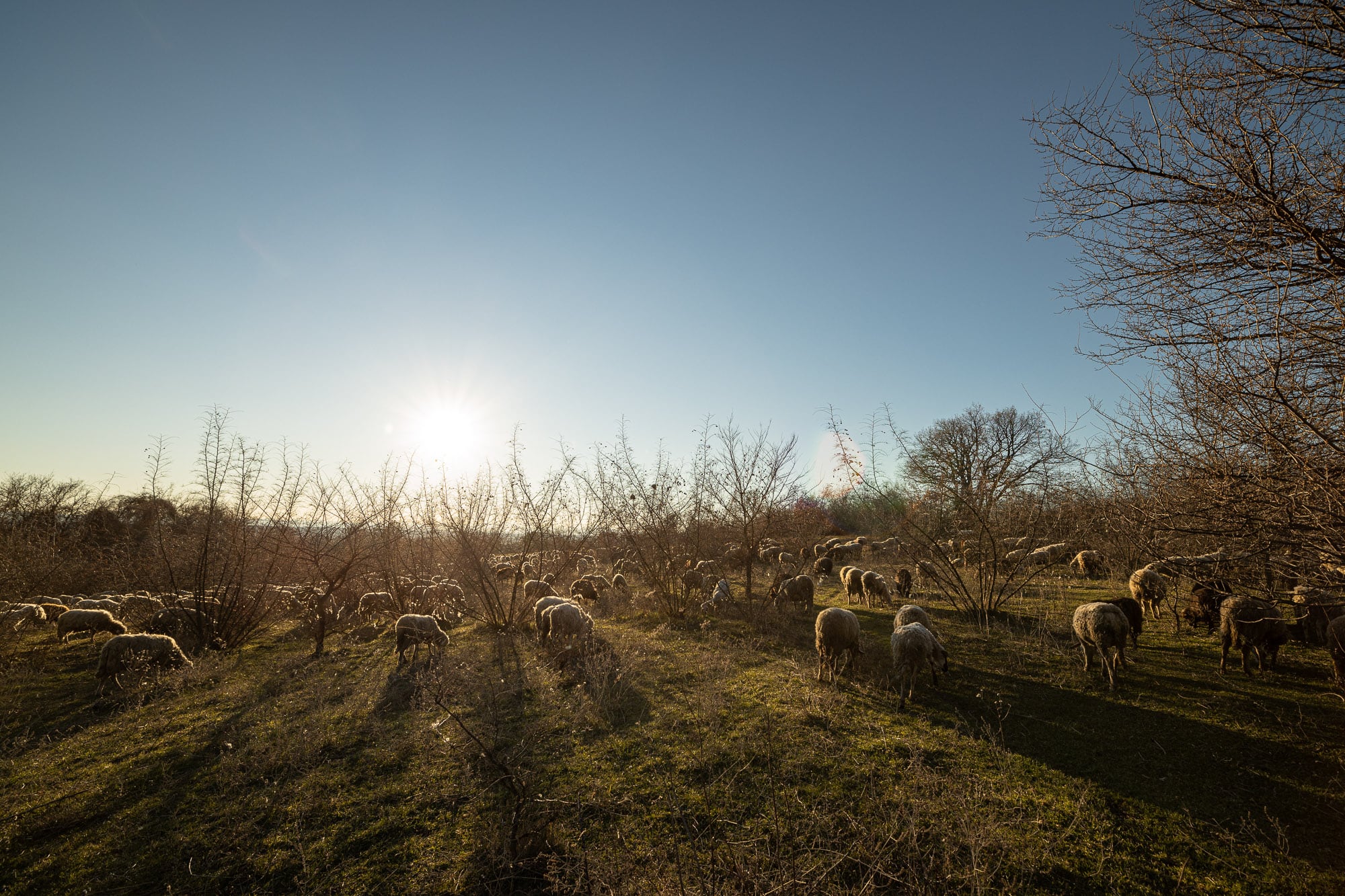 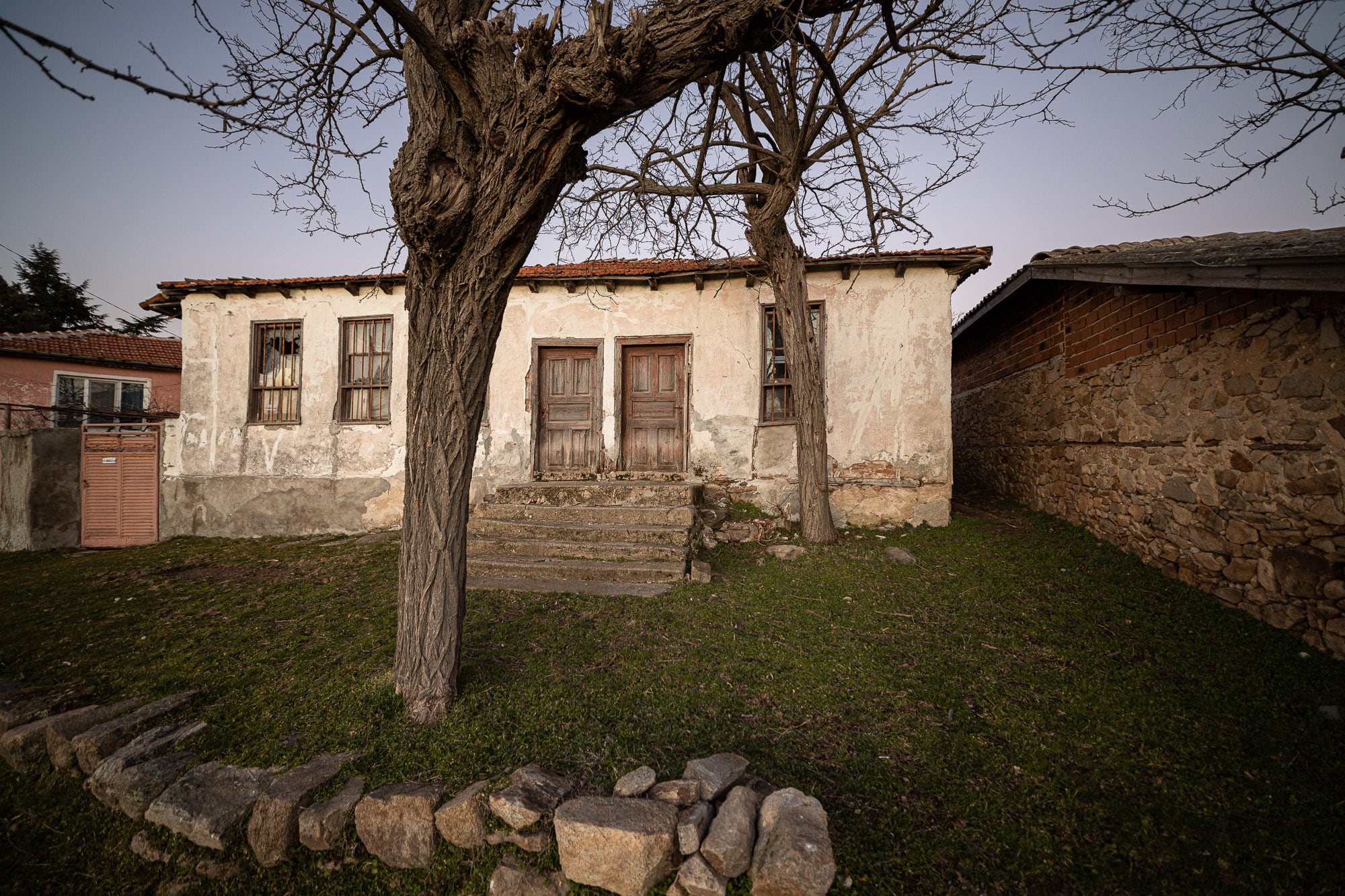 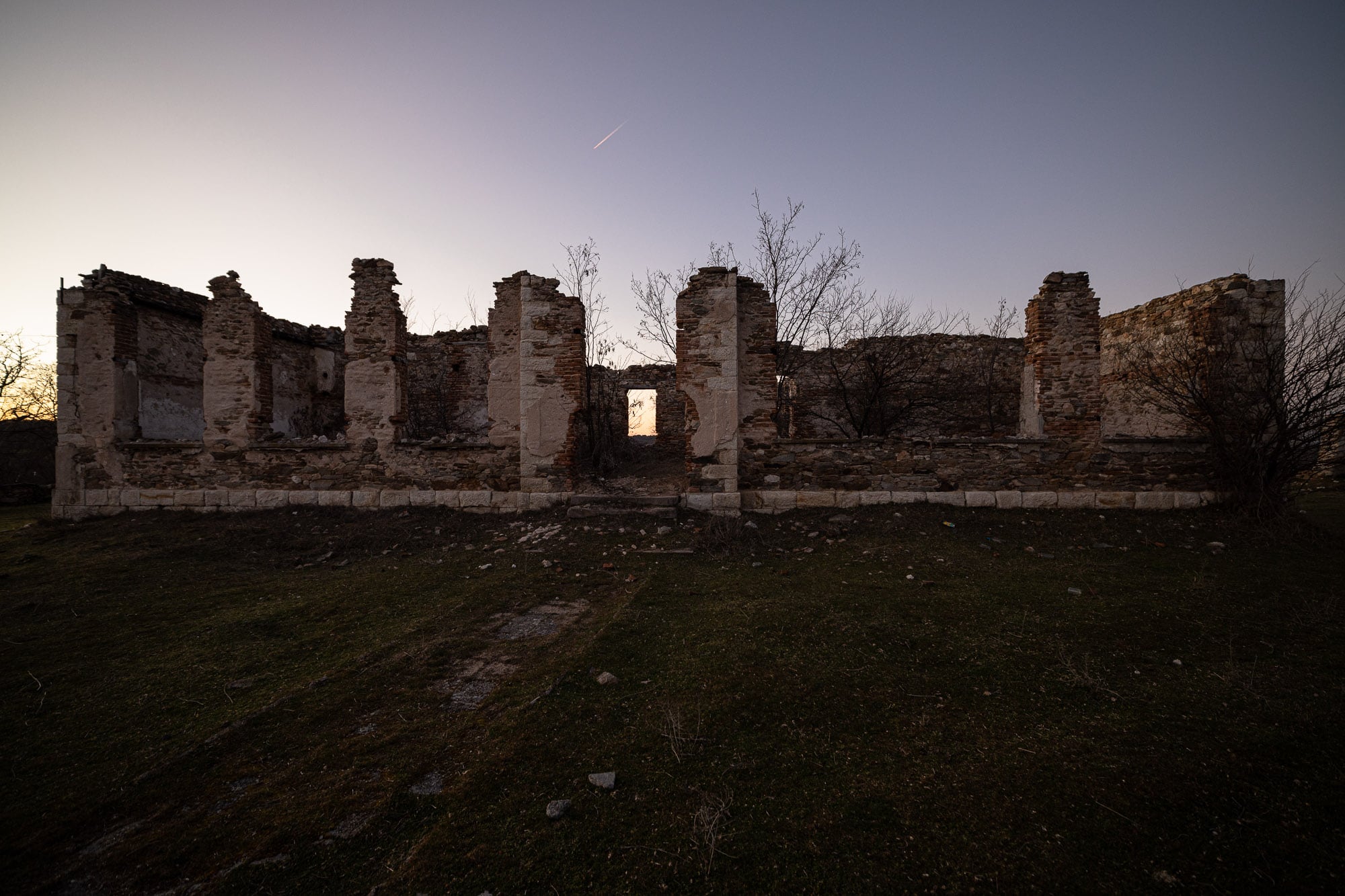