This post is about a 23km walk from Ayancik to Doganli. I ended up staying in a sawmill where some gentlemen were having a drink.

My legs weren’t ready to leave. They wanted to stay. They reminded me of it every time I walked up the stairs. How could they be so heavy?

But the weather forecast was talking about heavy rain on Sunday. That was in two days. I didn’t want to spend a nice sunny time in Ayancik and then get rained on when I was walking in the hills and the forest.

So I decided to ignore my legs, pack up, and start walking.

There was one problem, though: the direct road to Türkeli had been swept away in the disaster. Nobody seemed to know how much of it had been repaired by now, and everyone told me to take a detour around the hills.

So I headed south. There was a bridge on the map. The navigation said it wasn’t usable anymore, but people had been telling me that it was fine. I held my fingers crossed on the way there, as if that changed anything.

And there was a bridge. And it was usable. The fingers had worked.

a problem with slopes

Shortly after that the ascent started. I don’t know if my GPS readout was correct, but it told me we got up to 400 meters. The slopes were so steep that heavy trucks moved just barely faster than me. I hated it and I loved it, all at once.

When I had finally reached the highest point, I started looking for a place to camp. Everything was sloped. And if it wasn’t sloped, then it was fenced off. I asked here and there, but people mostly just shrugged and pointed further down the road.

A little bit further down the road a gentleman waved at me to follow him to a sawmill. He showed me a garage with a table and a few couches where I could sleep. Then he called his friends.

The friends arrived with fruits, bread, cheese, and rakı. I said no, I didn’t want to drink, and then I watched them pour water into their rakı, and I saw how it changed color and became white like milk. Aslan sütü they called it, lion’s milk. I changed my mind. A little bit would be okay, no?

When the evening was over we had toasted countless times. There had been a guitar playing and singing of Turkish songs, arms stretched out and faces overcome with emotion. We had tried to feed peanuts to a hungry cat. And there had been screaming arguments about geopolitics.

Then they were all gone, except for the gentleman who had invited me in the beginning. He remained seated at the table, arms crossed, quietly mumbling to himself.

I went to the washrooms in the mosque across the street and brushed my teeth. Then I got out my bowl and washed my feet. And then, just as I was starting to wonder how we would make our sleeping arrangements, the drunk and I, one of the other gentlemen appeared and took him home.

I fell asleep on one of the couches. 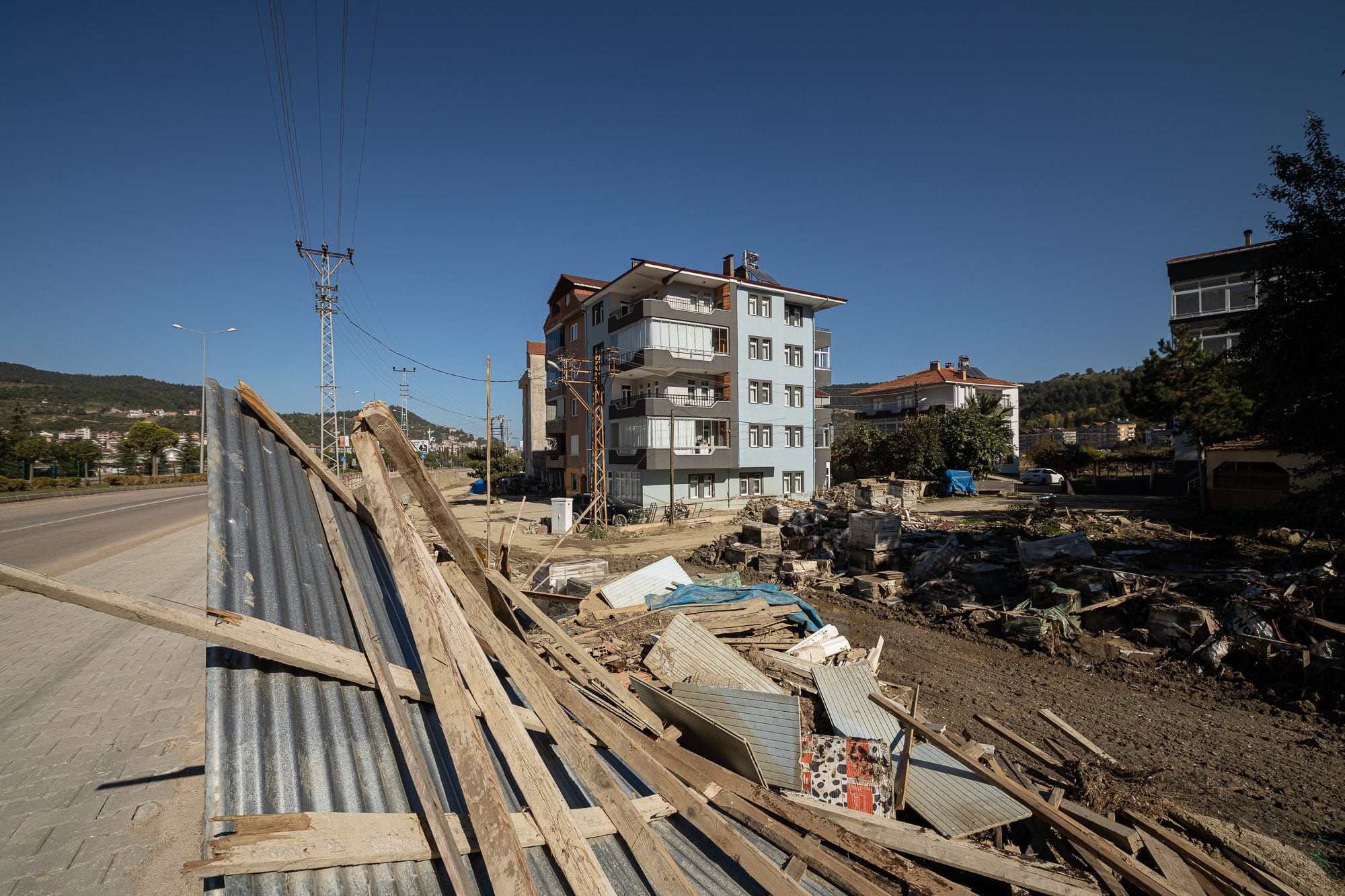 The bridge that was there: 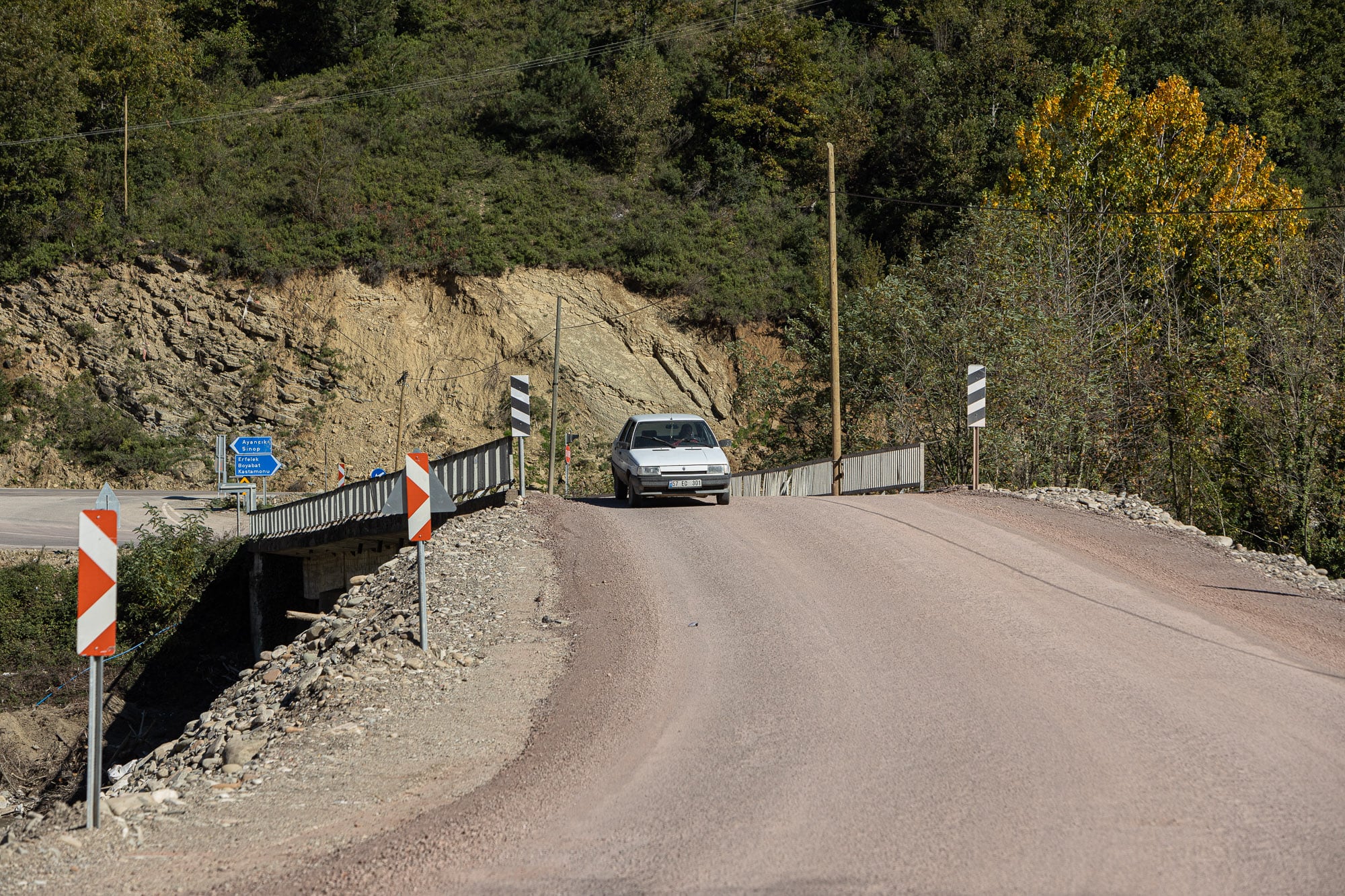 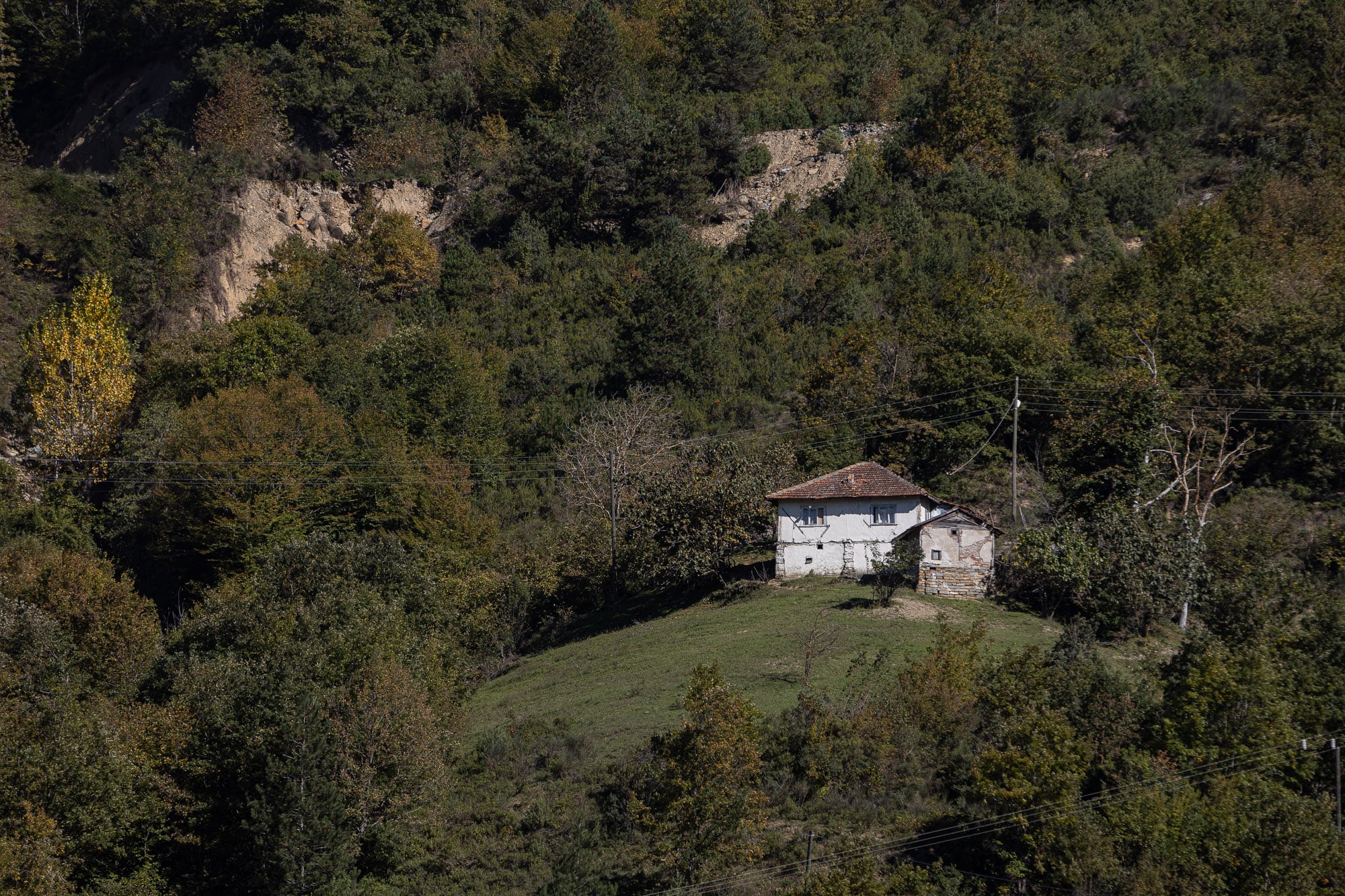 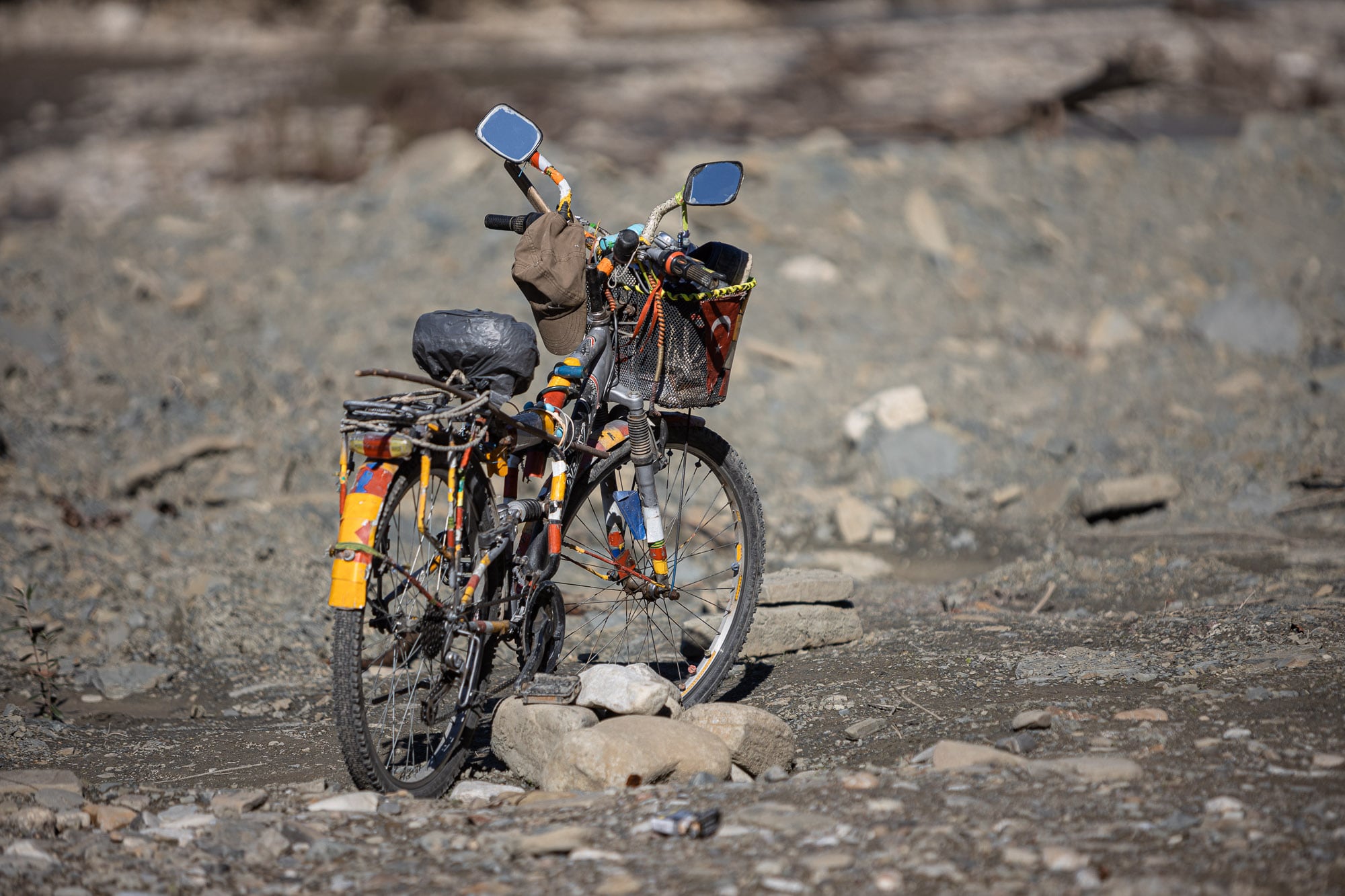 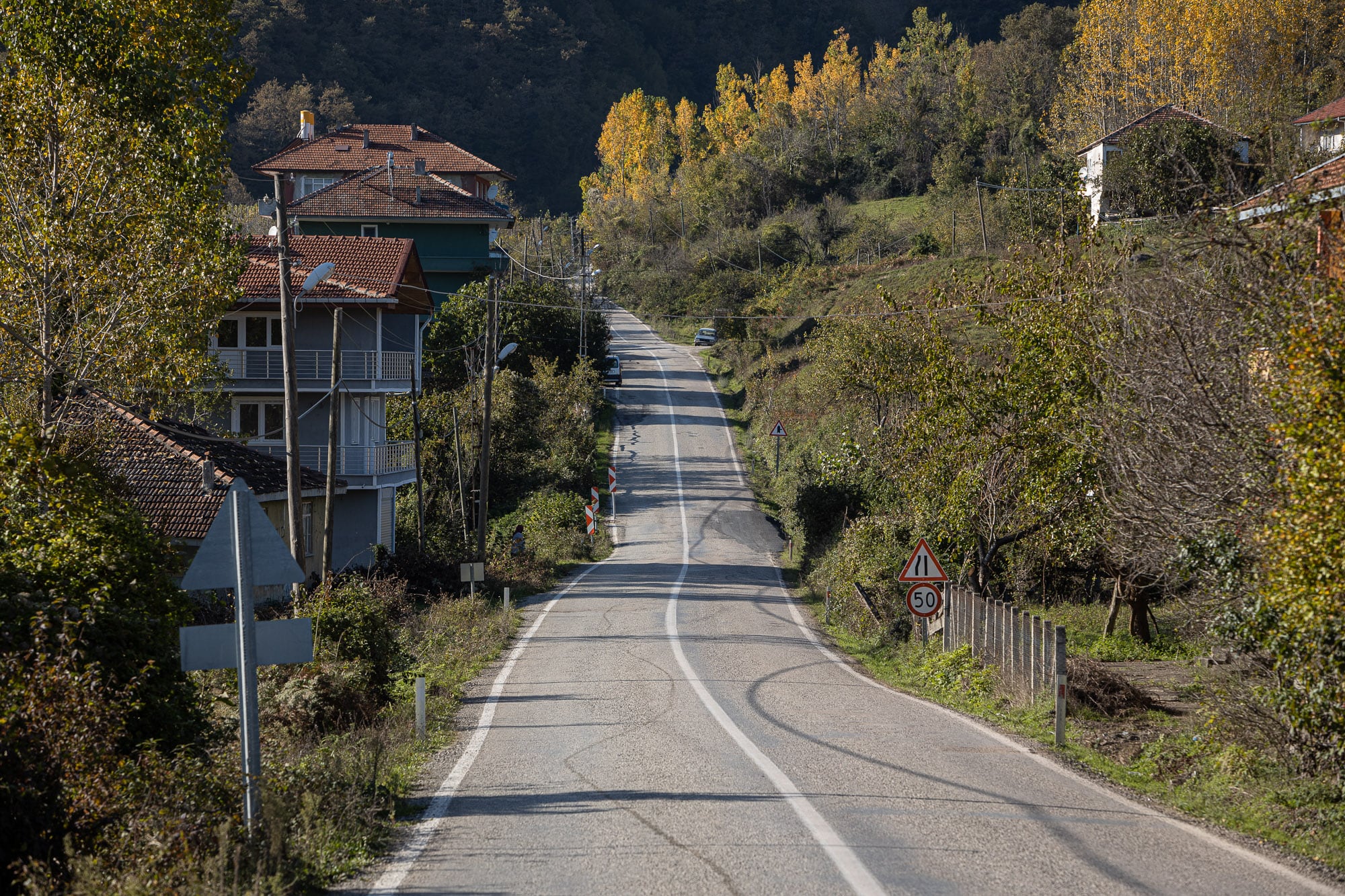 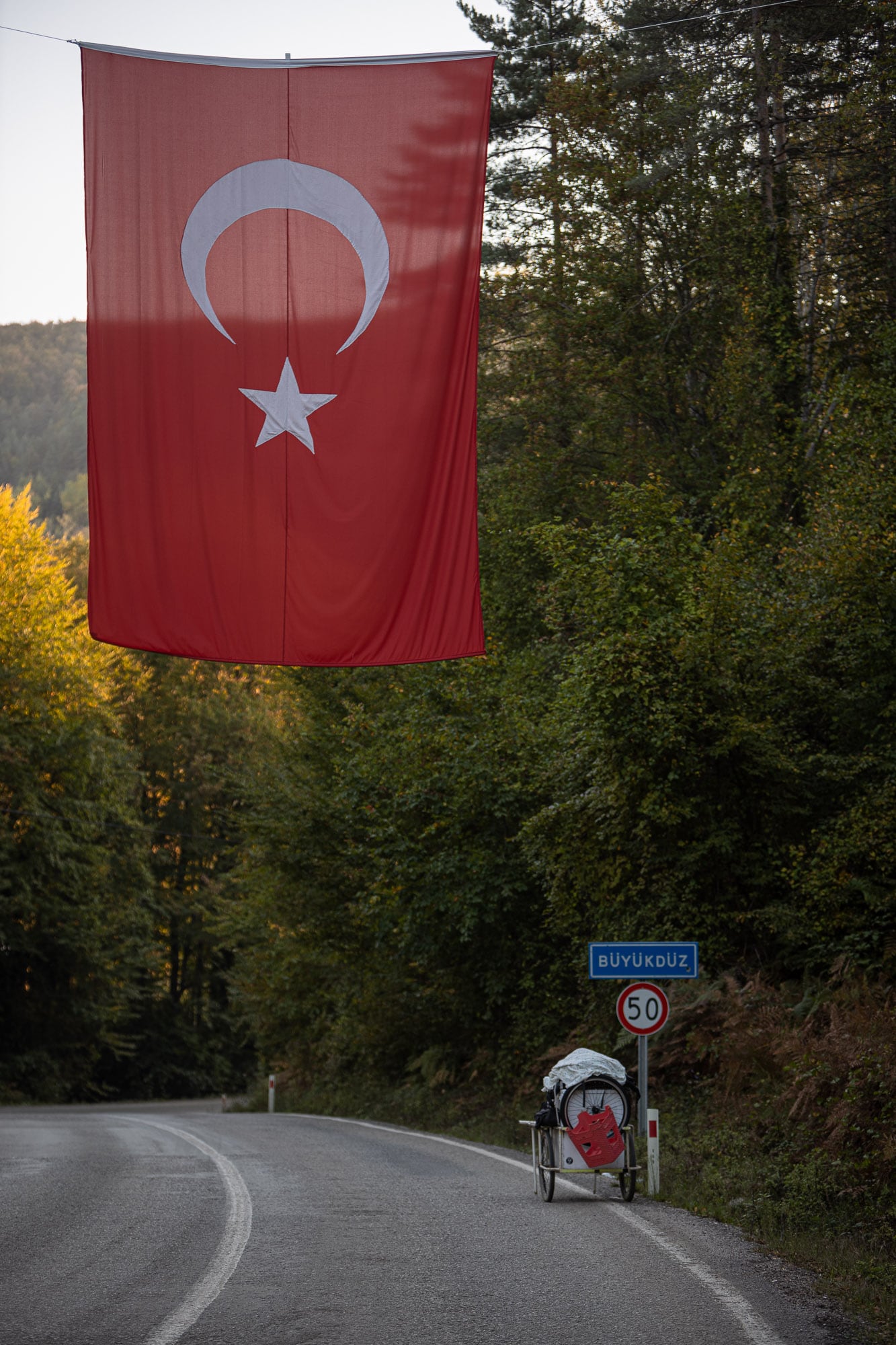 Sunset in the hills: 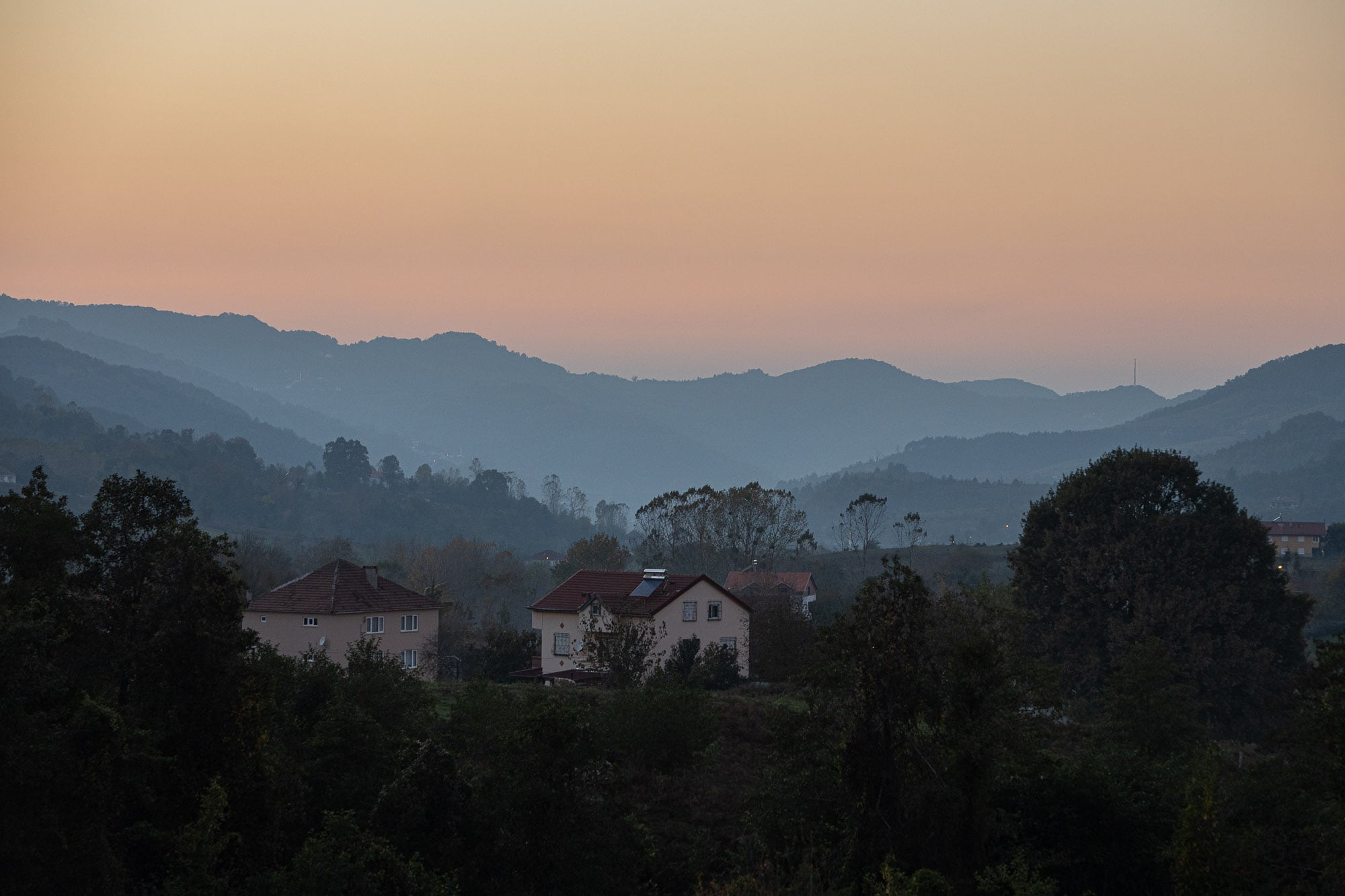 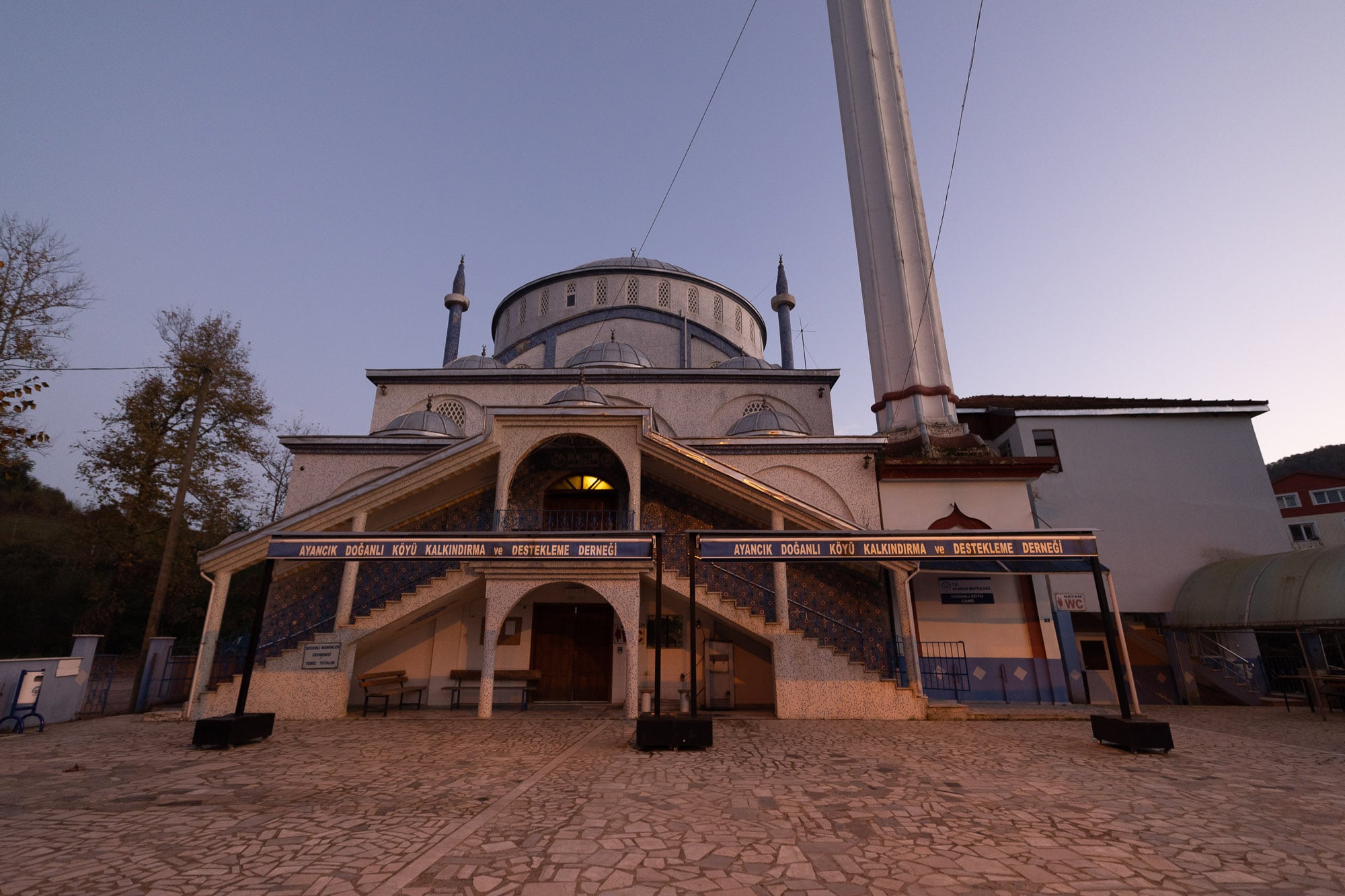 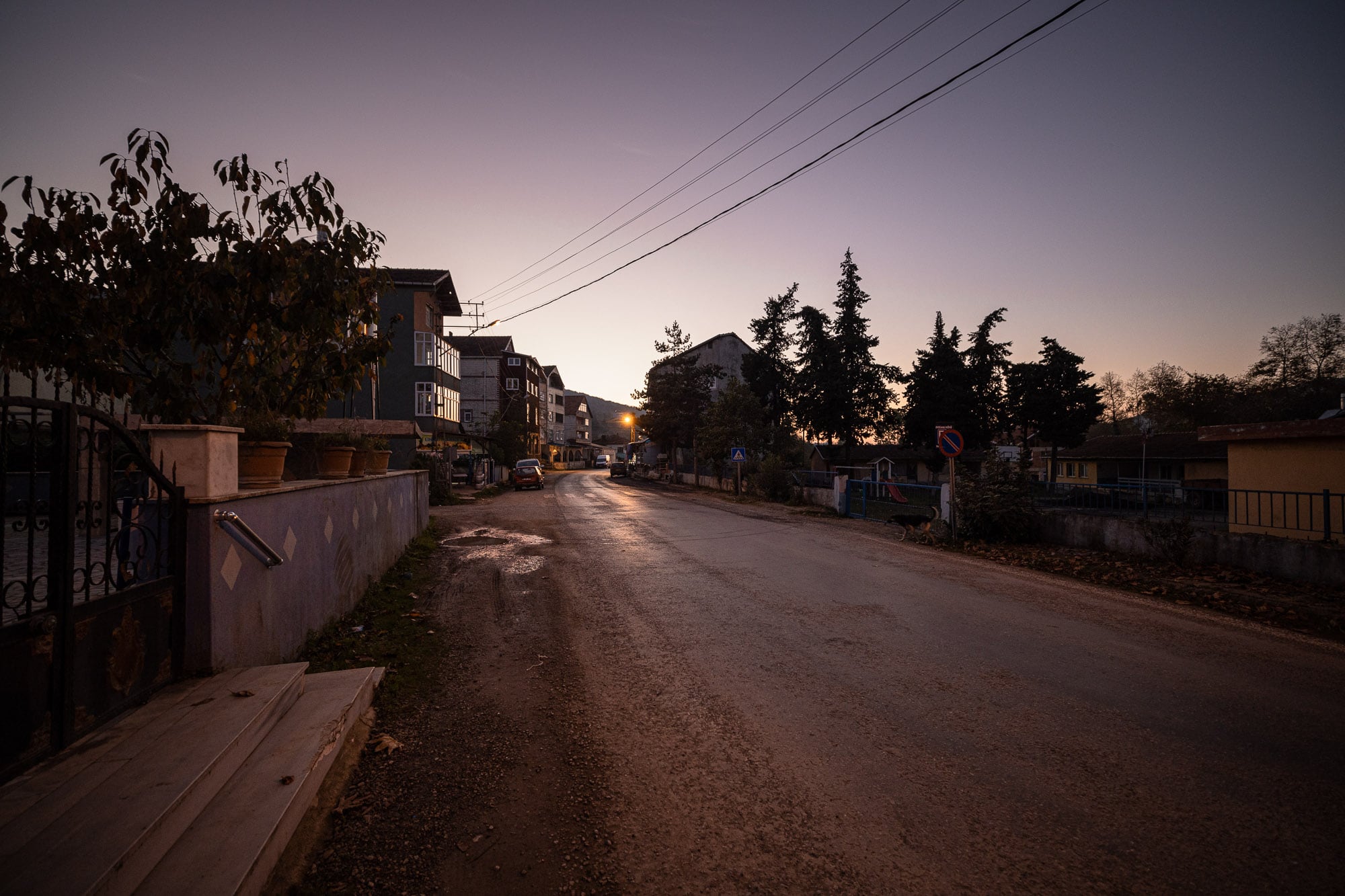 Rakı in the sawmill: 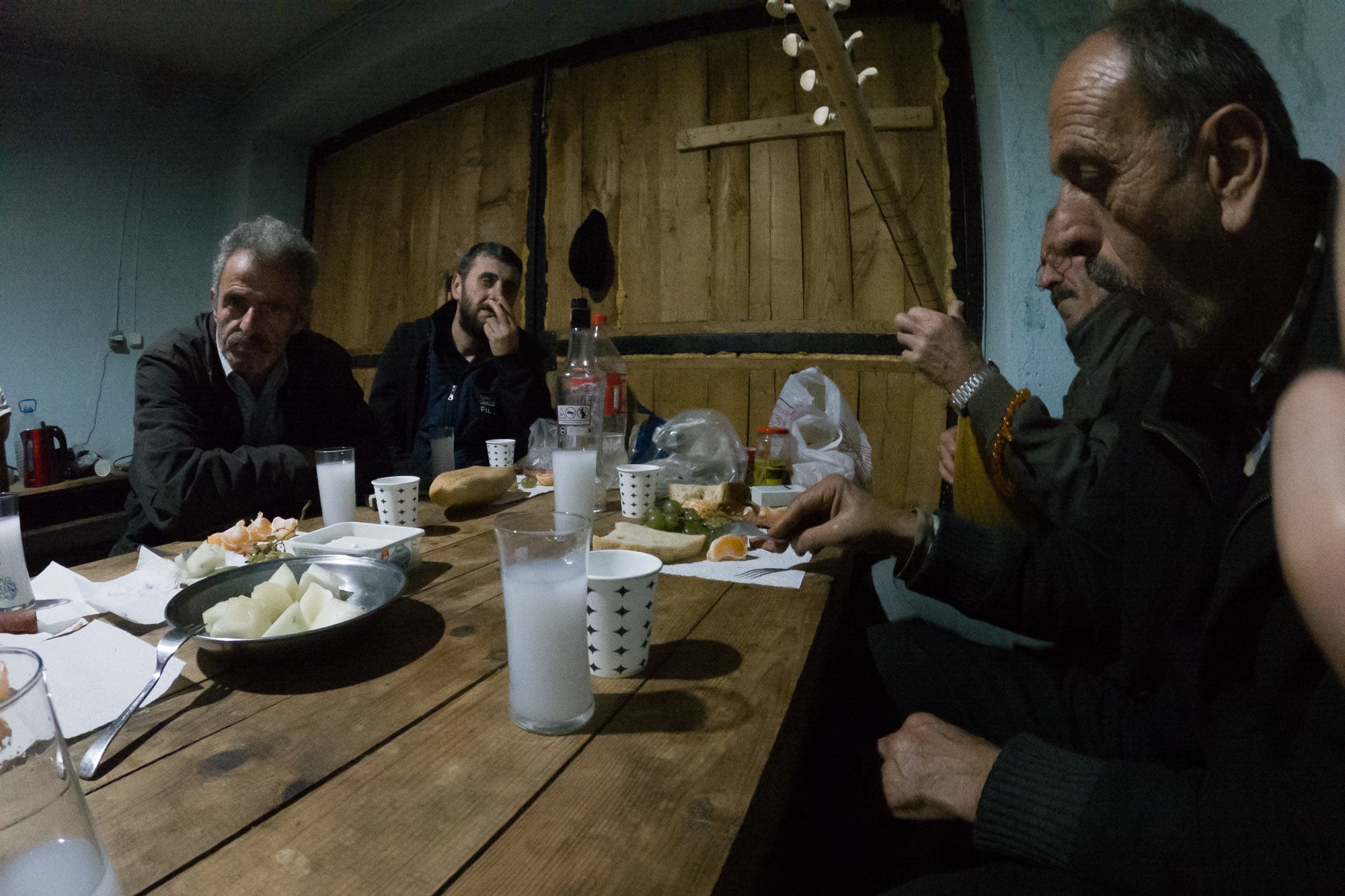 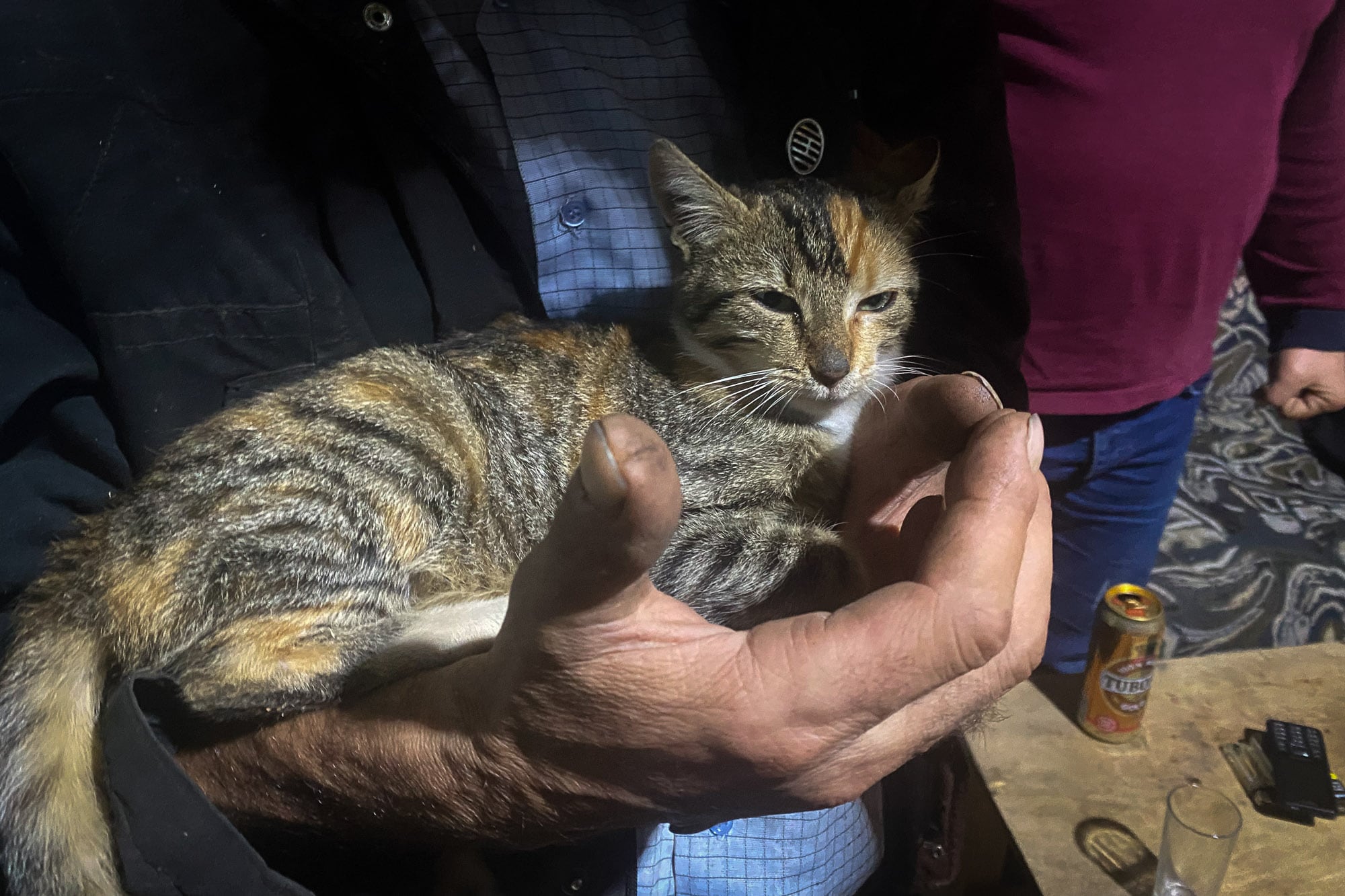 In the sawmill, after the party: 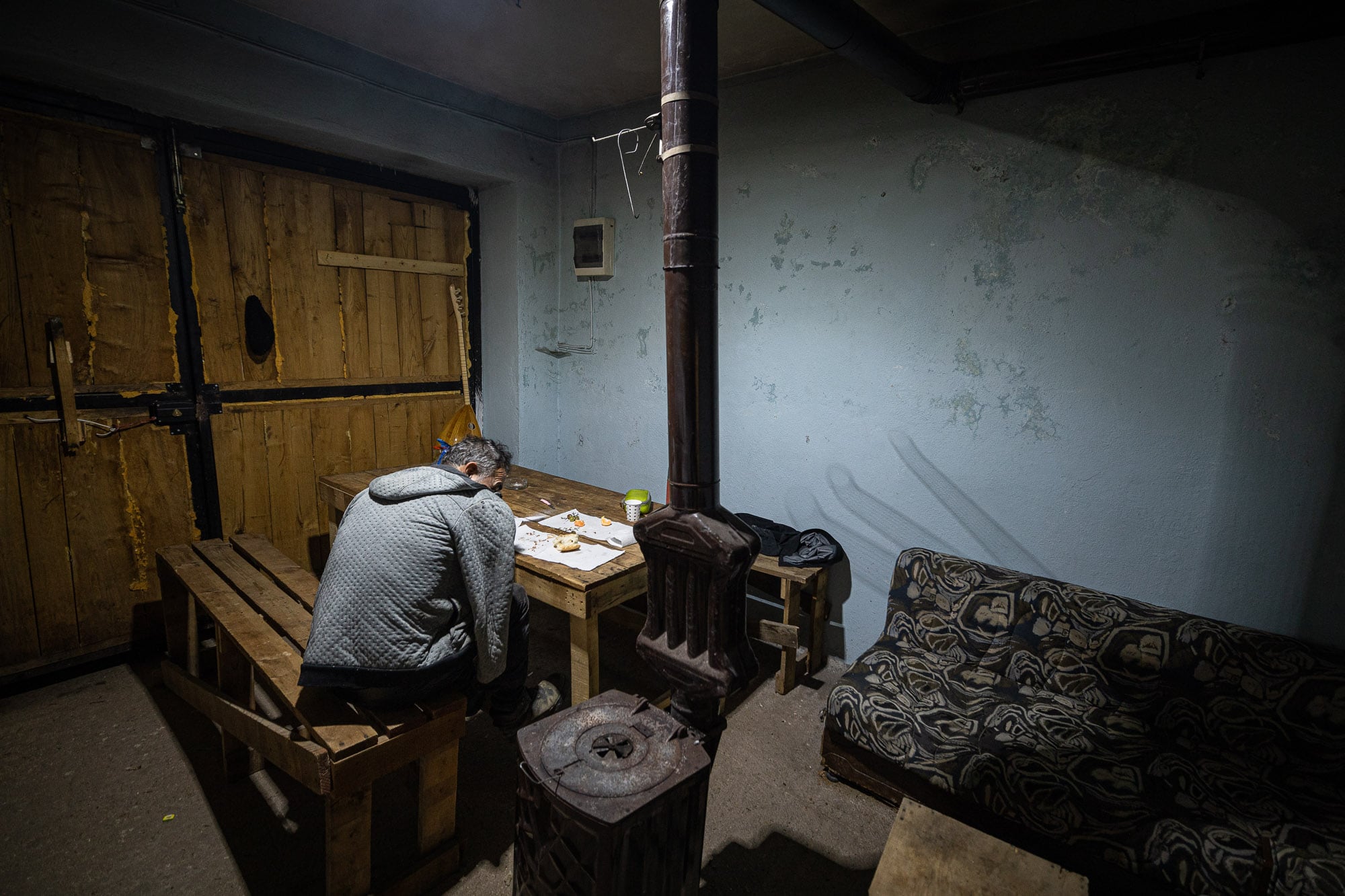