This post is about an 18km walk from Doganli to Türkeli. First I was awoken by a hedgehog, then by the prayer call. In the end I met an Ösi.

At night, a hedgehog came to visit. Or rather: it seemed like the hedgehog was a regular guest in the saw mill, and my presence was a nuisance. So the hedgehog decided to flee. I managed to take a picture of its butt while it was wiggling its way out the door.

Then everything was quiet again.

one good thing and one bad thing about mosques

I woke up from the morning prayer call. The good thing about staying right next to the mosque was the availability of their washrooms. The bad thing became apparent now as I lay in the darkness: it sounded as if the muezzin was calling everyone from the inside of my skull.

I left after breakfast. The road led downhill, and the sun was friendly. It should have been an easy walk, but my legs were heavy, and I ended up taking lots of breaks.

When a gentleman invited me to his house for tea, I gladly accepted. His name was Ünal, and he had spent a long time in Moscow. This meant that we could talk in Russian, which was nice for both of us.

One time I saw a house that was ornamented almost like a mosque, and I laughed. It seemed like something only a very quirky person would do. Then I noticed a second one just like it, and then a few more. Was this the latest fad in rural Northern Turkish architecture?

I also saw some German-looking building and some people constructing houses that looked quite modern.

Germans to the rescue

I arrived in Türkeli after dark. There was an öğretmenevi, a Teachers’ House, where I was planning to get a room. But all its lights were off, and when I went inside to inquire, the only thing I could hear was my own echo.

Luckily for me, there are a lot of Germans in Turkey. Let me explain: Germany doesn’t classify its population along ethnicities, so it’s hard to say how many German nationals with a Turkish background there are. But estimates range around 3 million. Or maybe more.

When these people go to Turkey, they are sometimes being referred to as almancı – “from Germany”. This seems to be a slightly derogatory term, playing on their perceived Germanness. They are apparently often thought of as rich and gullible.

I like meeting them, because it’s nice for me to be able to talk to someone in German. And it happens often.

So when I asked two backgammon players on a square if they knew of a hotel anywhere around, I wasn’t surprised when they replied in perfect German. Yes, they said, there was a guy running a neat little guesthouse just a bit down the road. And the guy was Austrian.

The Austrian’s name was Sinan, and he was about as Austrian as they come. We sat together and talked for a long time, and sometimes his Viennese dialect was so heavy that I had to ask him to repeat what he just said. 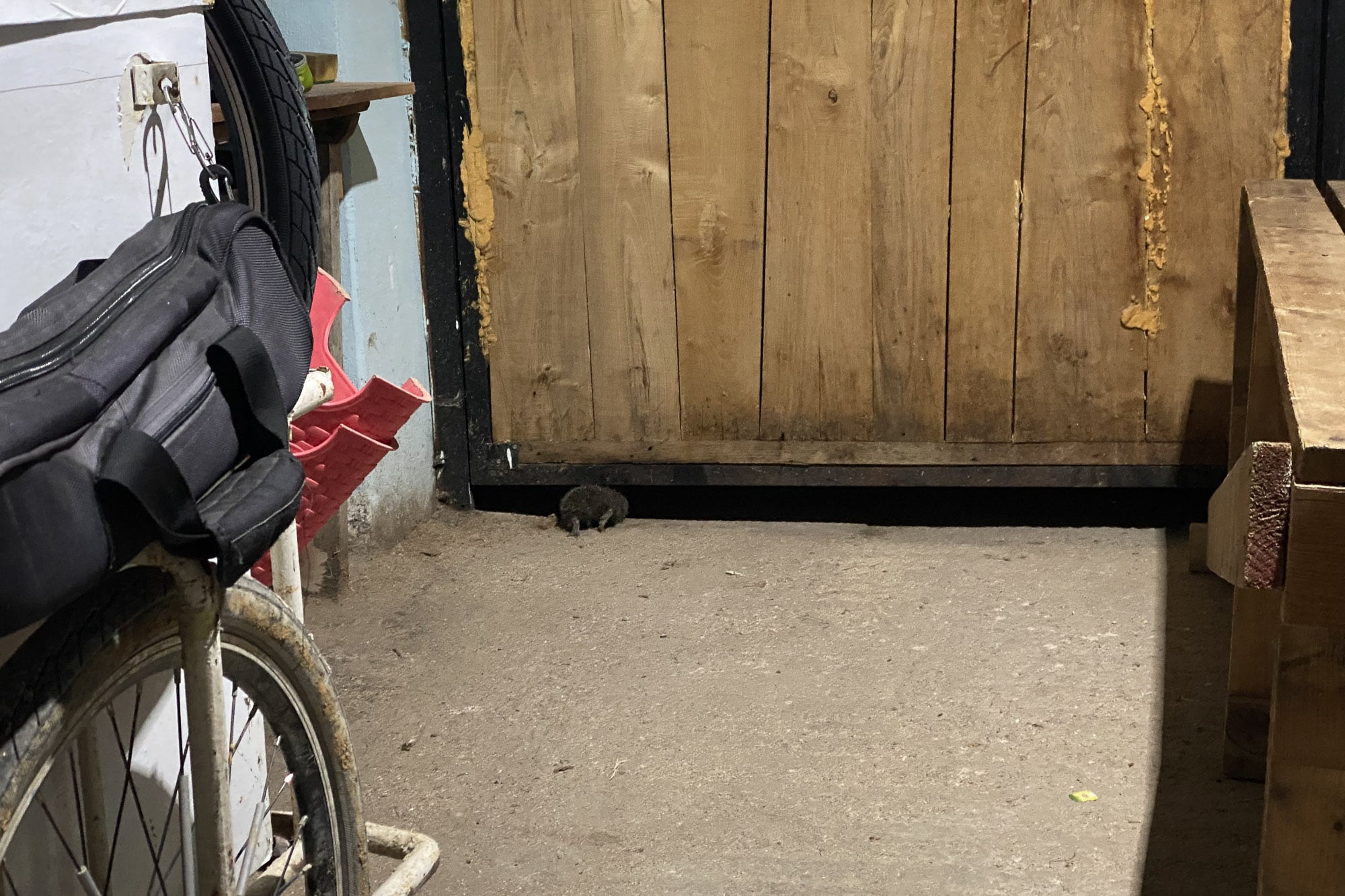 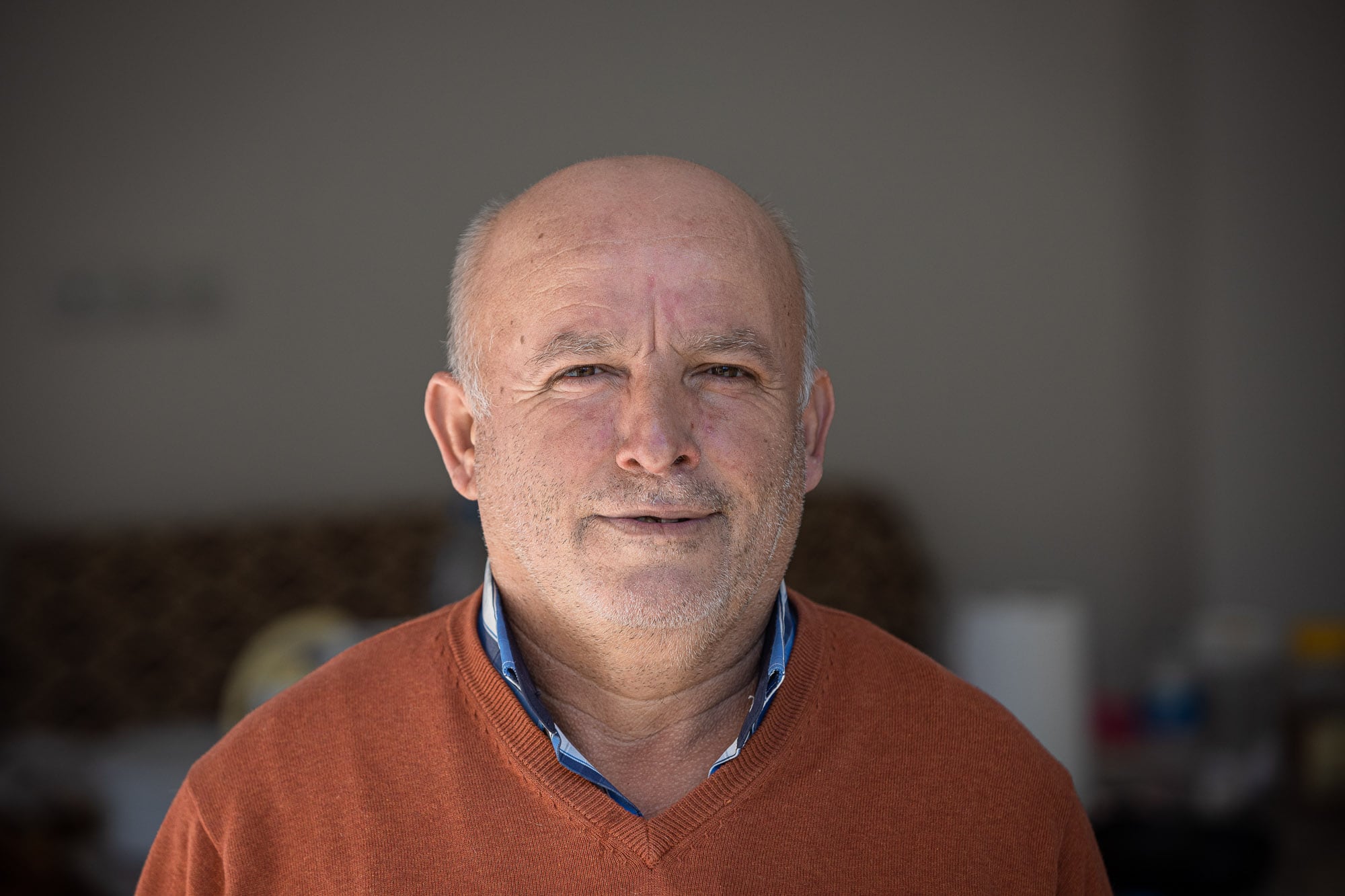 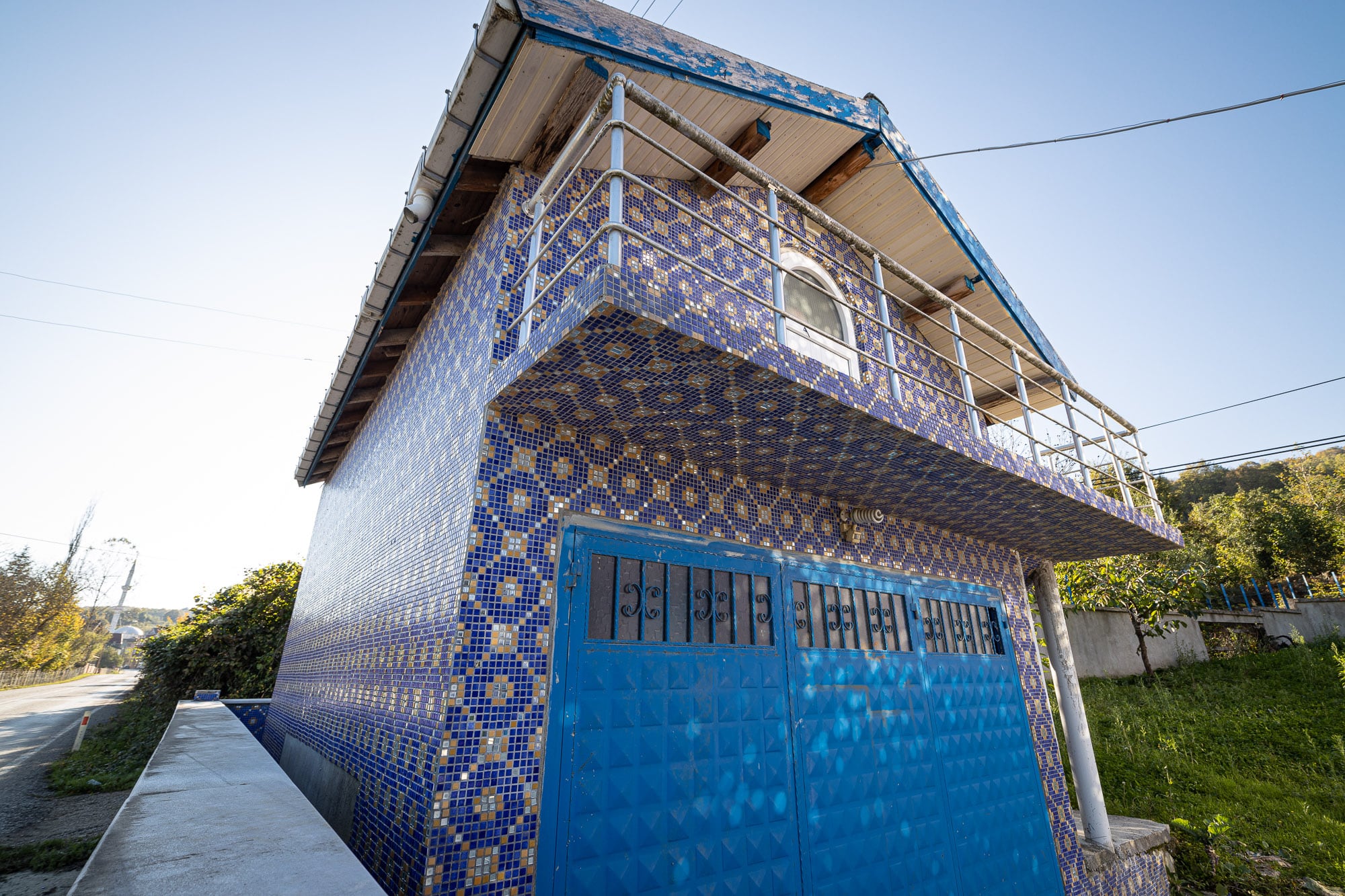 German-looking house in the hills: 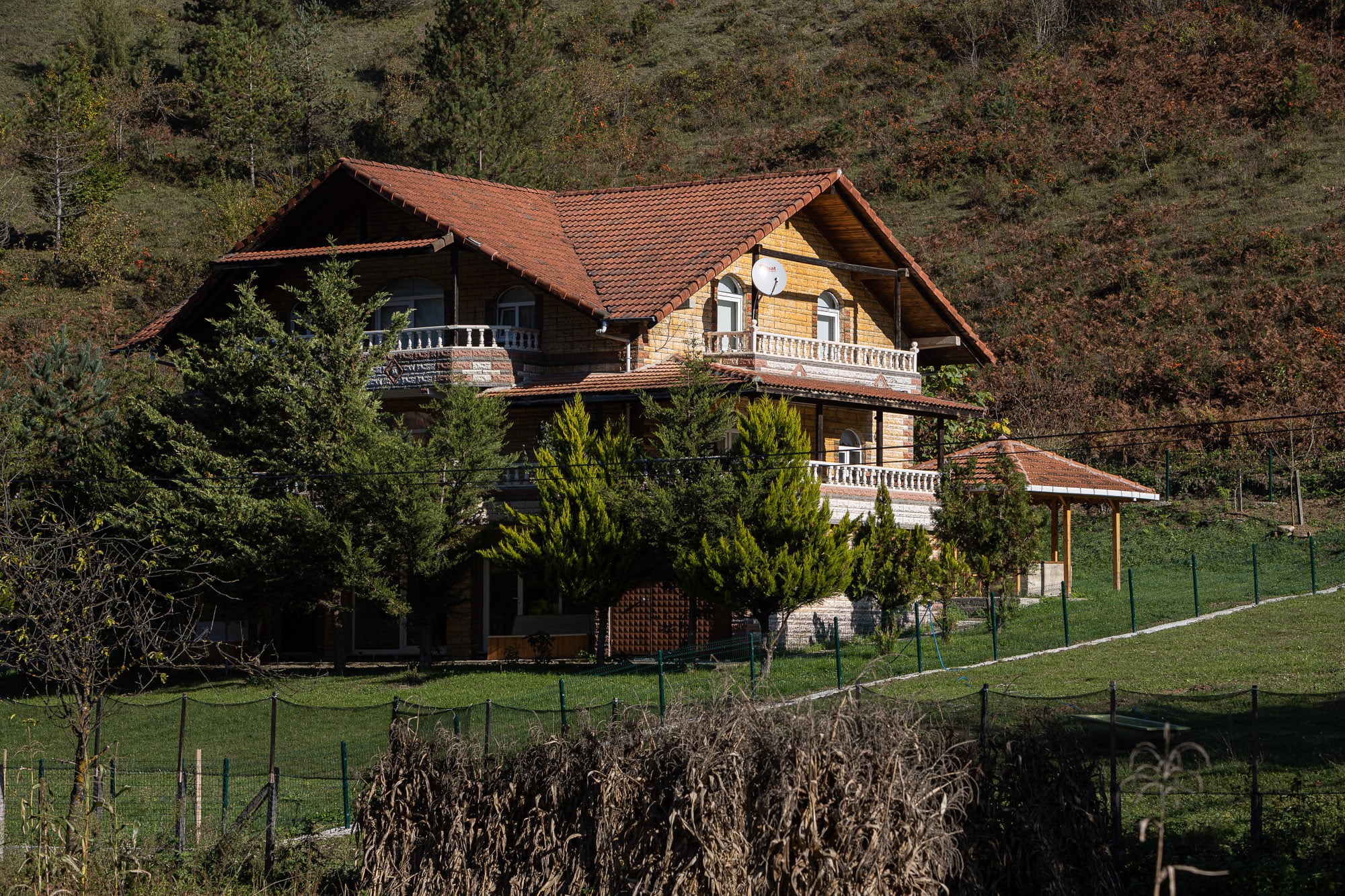 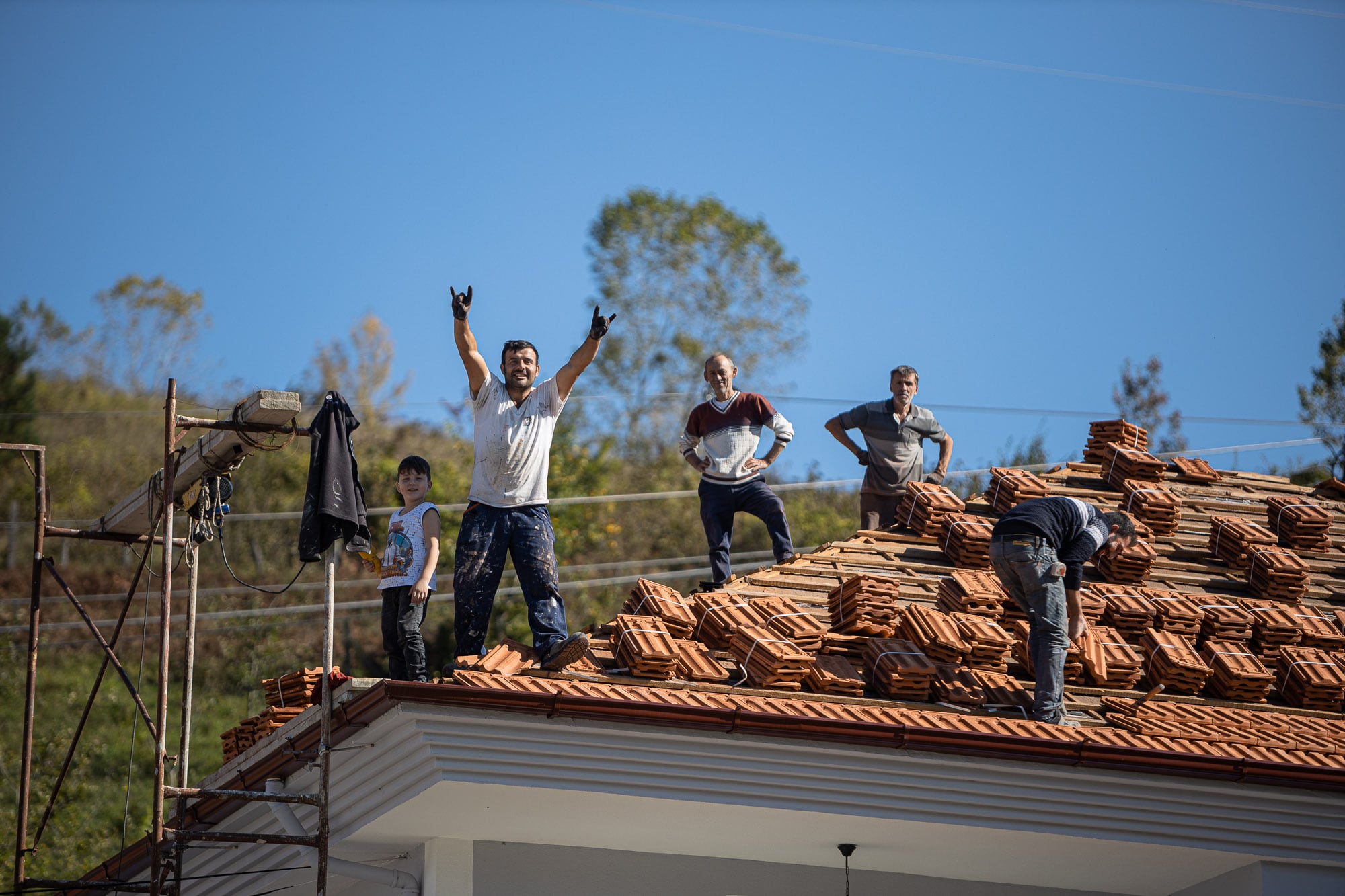 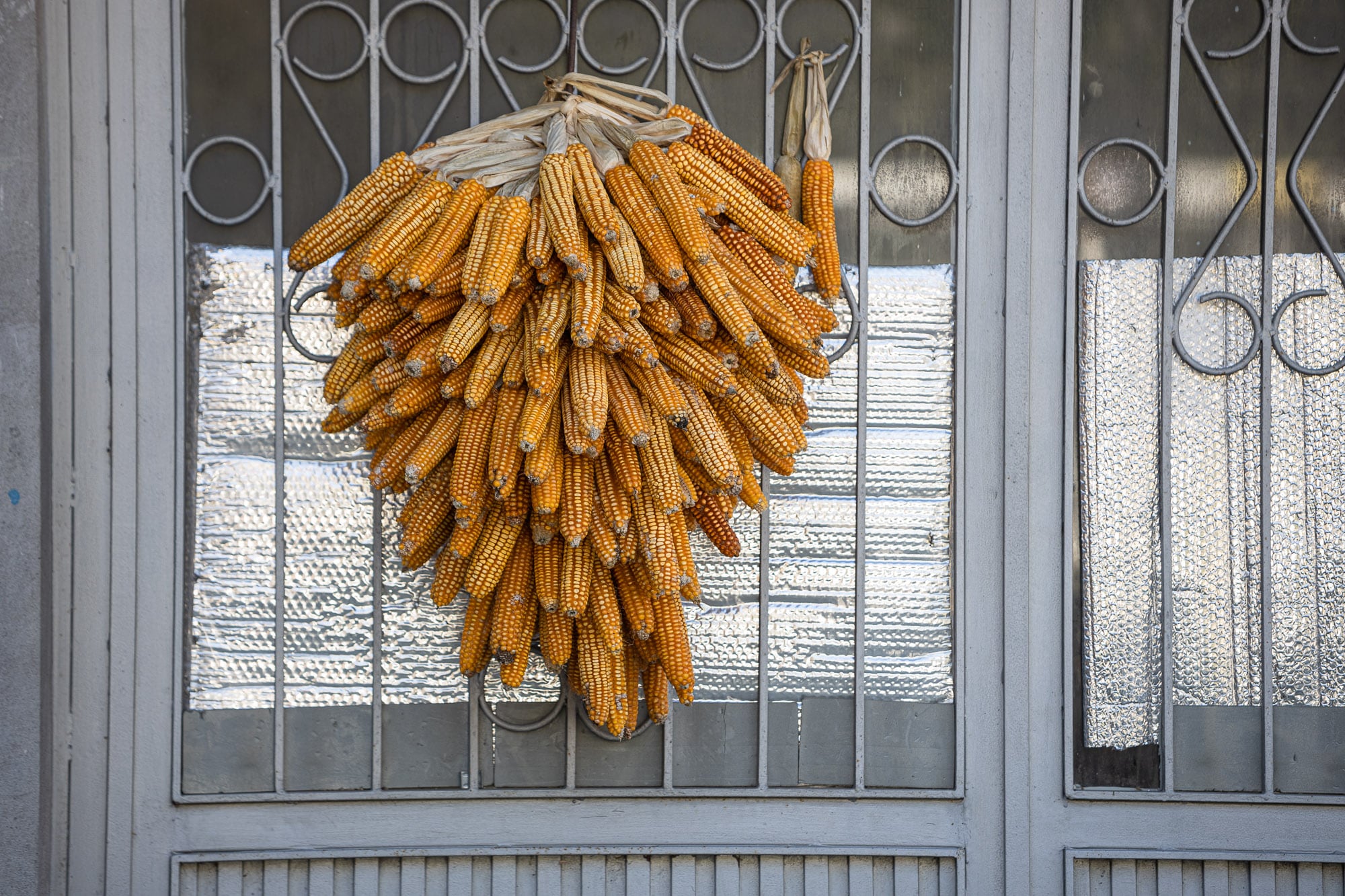 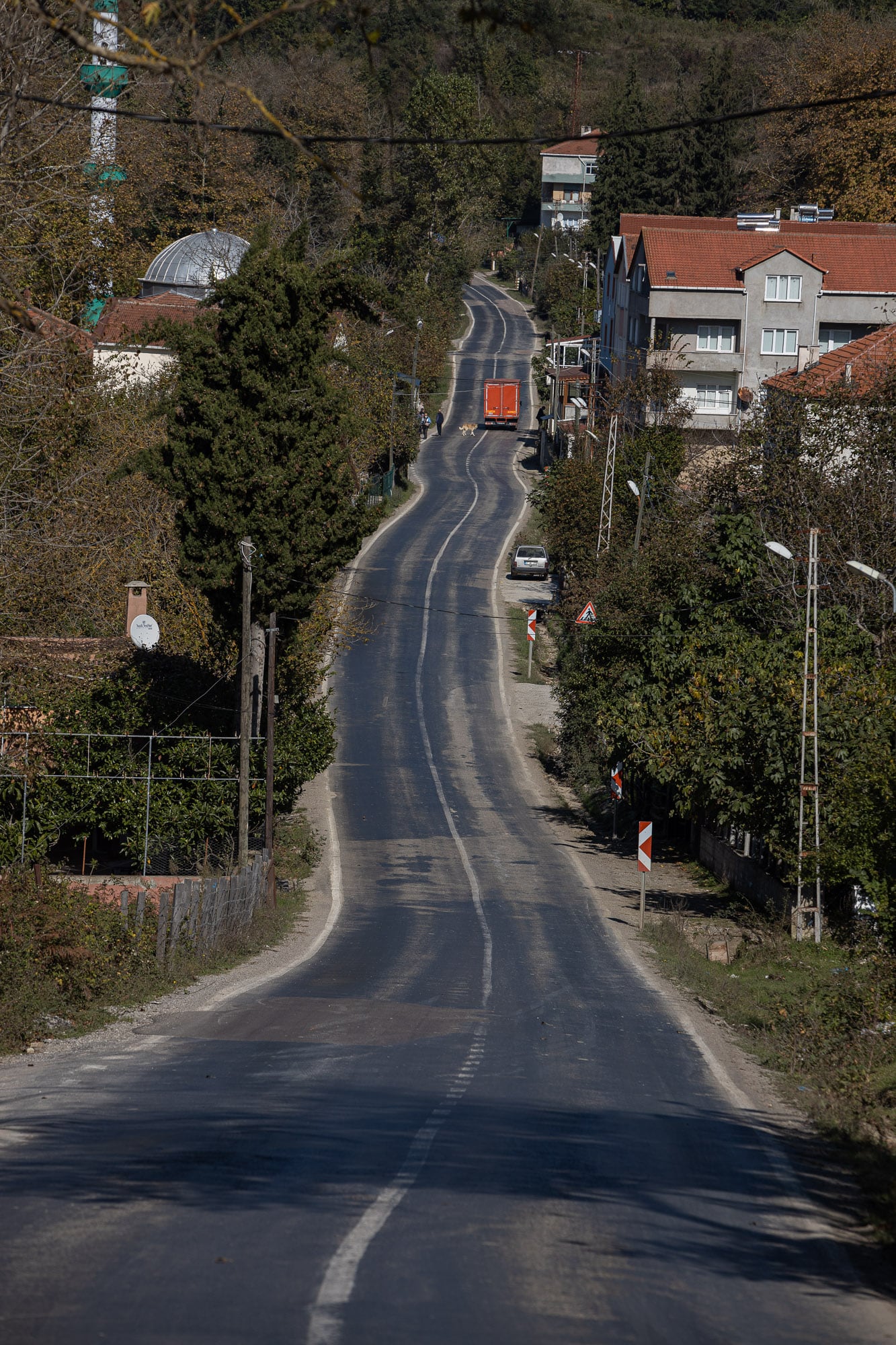 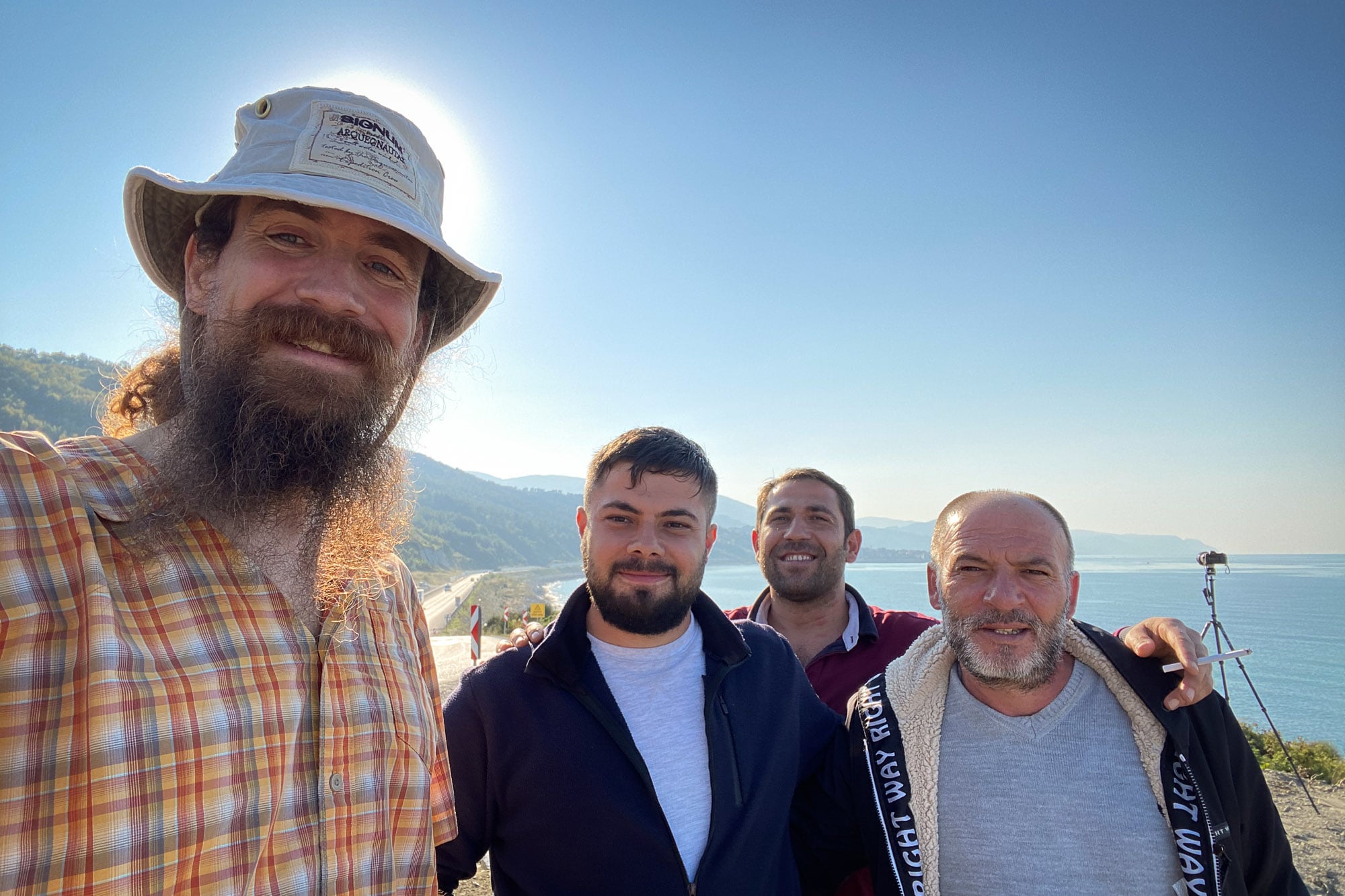 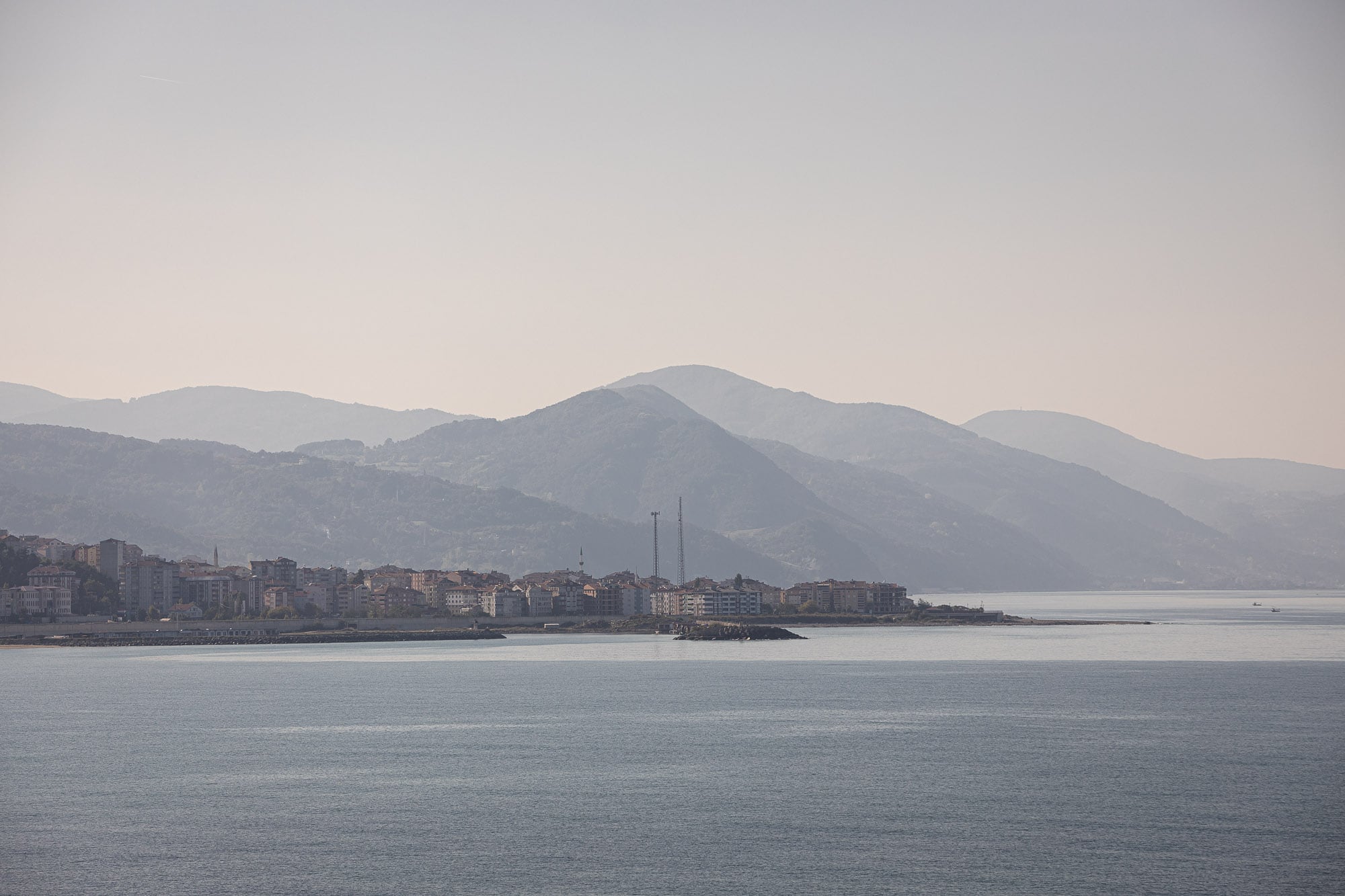 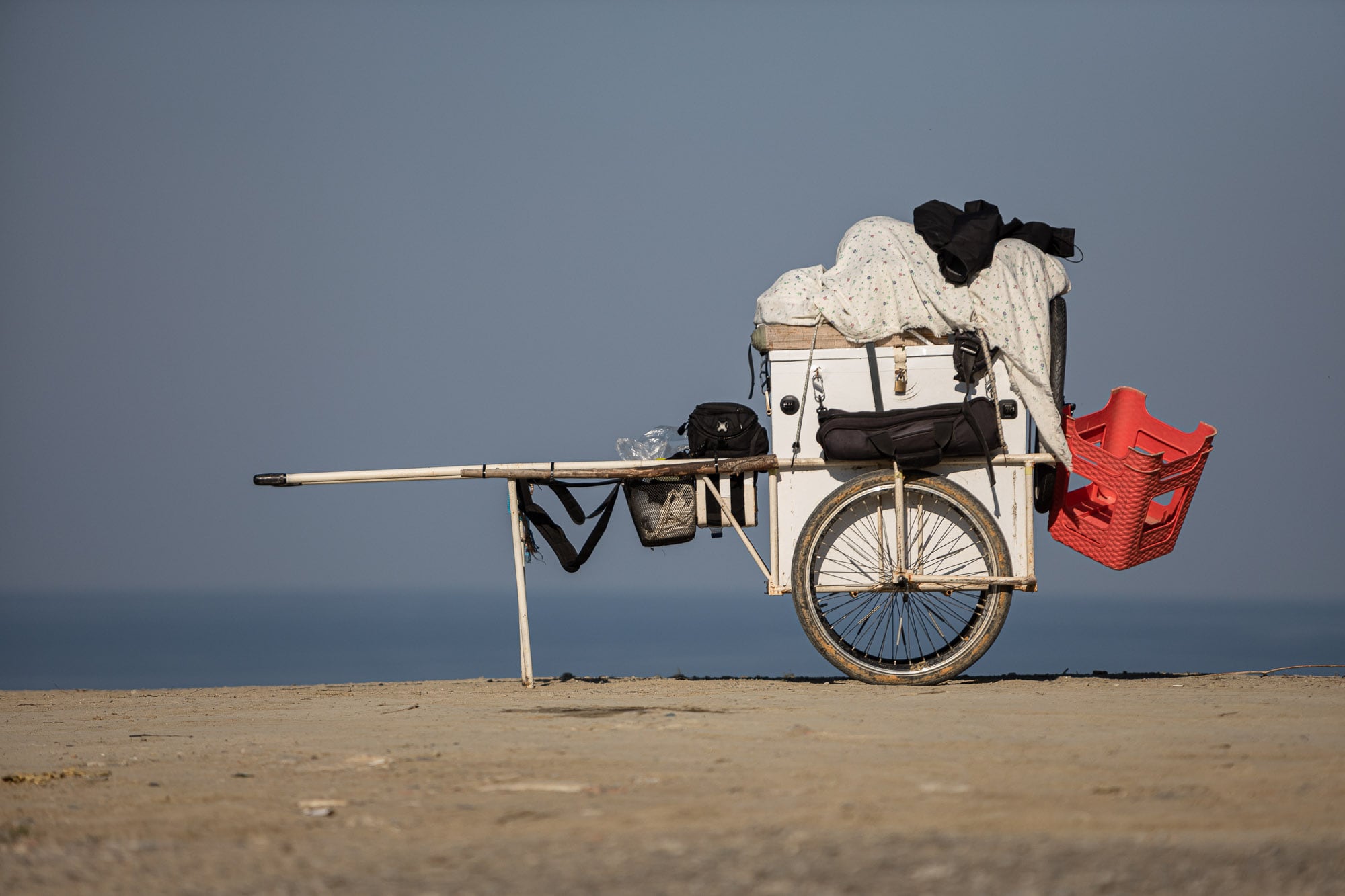 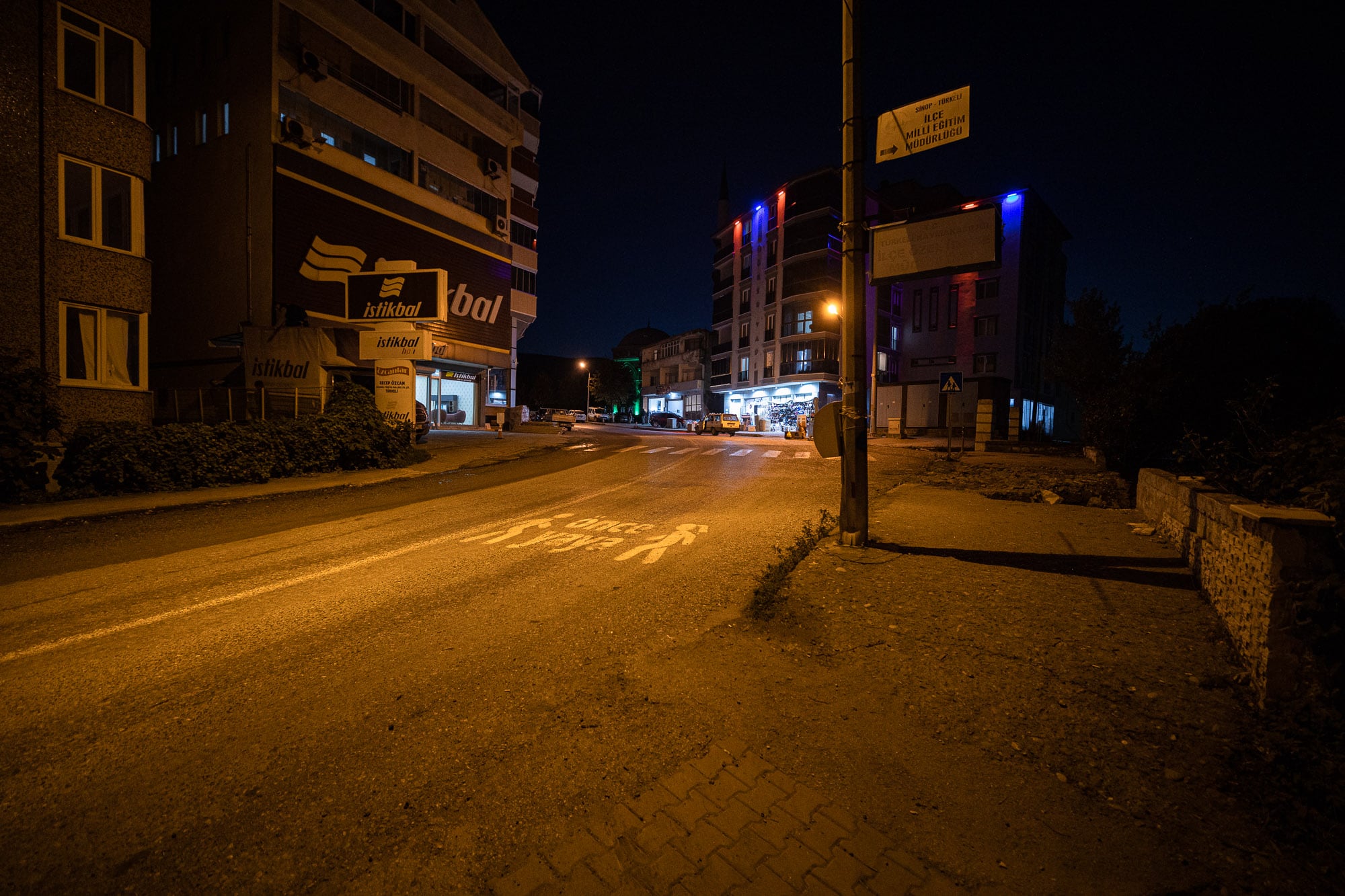 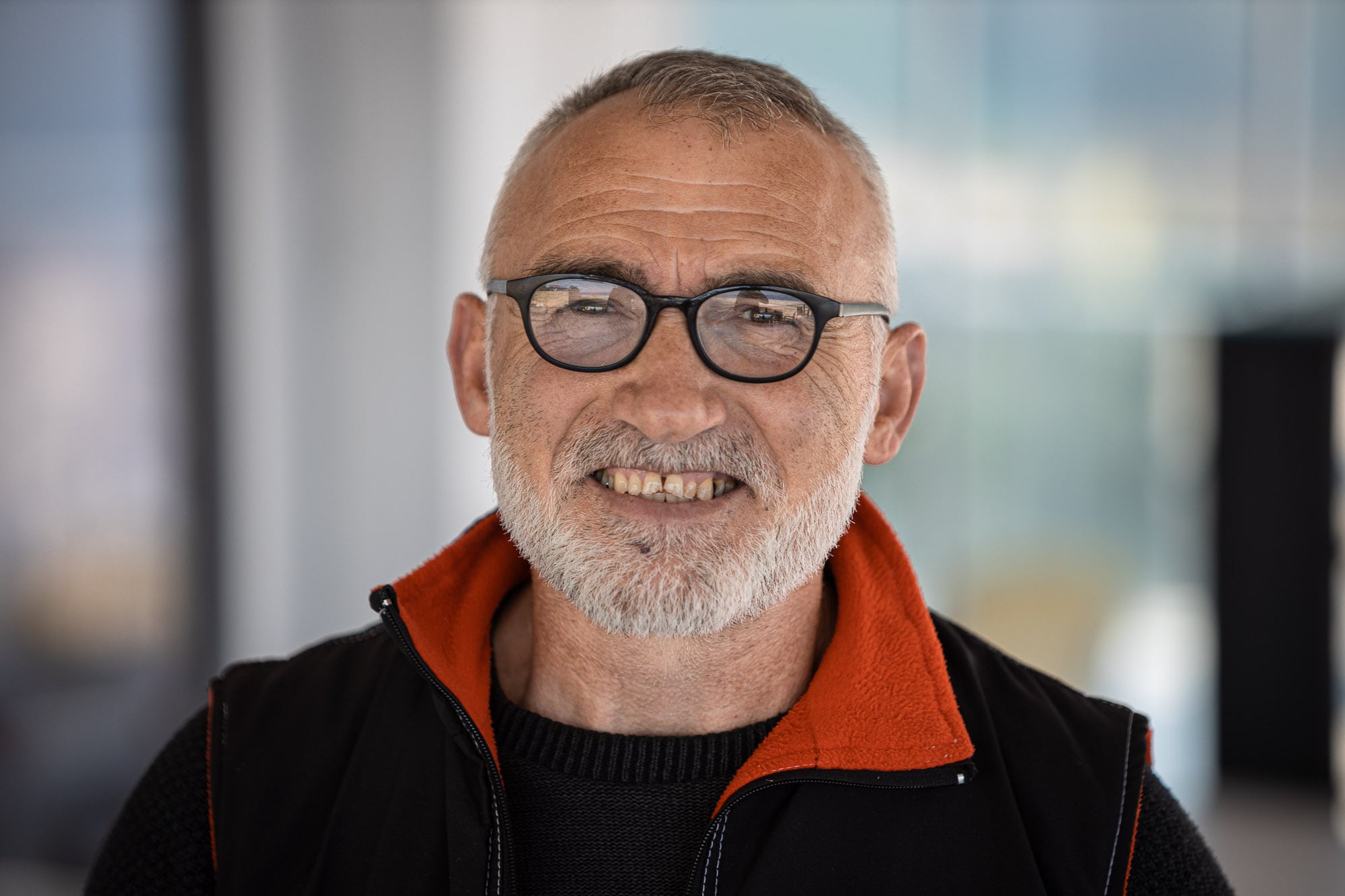