This post is about a 21km walk from Sarikum to Gebelit. I made a dog friend and found one of the best camping spots ever.

The night had been surprisingly quiet. It doesn’t happen often that I manage to pick a good camping spot, but this time I did. Sure, there were a few birds and some other animals making sounds in the trees. But overall it was a good night.

I used the hot water I had gotten in the evening to prepare some oatmeal. Then I sat in a spot where I could look at the waves crashing in on the shore. It was very windy, and I was once again happy about my choice for a camp site. The oatmeal tasted like home.

I followed a gravel road through a forest for a few hours. It was a place of solitude, and for a reason: the road went up, up, up, and the gravel didn’t make it easier. But I liked the silence. I could hear my feet, my breath, the wheels of the Caboose, and the wind in the tree tops.

When I reached the main road, I was glad anyway. Asphalt was just that much easier to walk. I passed a bunch of people who had gathered for a funeral. Then I had some soup in a gas station restaurant. After that, another funeral. I wondered if it had anything to do with Covid.

The road led up and down all day. It was crushing. I took lots of breaks, sometimes in intervals of a few hundred steps. I would drink some tea. Eat an apple. Then I’d walk some more.

At one point a dog decided to come with me for a while. I enjoyed his company, but then he got chased off by two yard dogs in a settlement, and I was alone again.

how to overeat while camping

I had decided to walk no further than a village called Gebelit. There was a place on the shore called Öztürk Restaurant, and the online reviews were raving. And sure enough when I got there, the owner showed me a spot for my tent and said he’d leave the restrooms open during the night for me.

“One moment,” Emre said, “I will bring something.”

An hour and a bowl of soup, a plate of rice with beans, a bunch of little plates with snacks, some bread and some corn bread, some rice pudding, and a few chestnuts later, I could hardly move because I had eaten so much.

So I rolled into my tent and listened to the waves of the Black Sea. 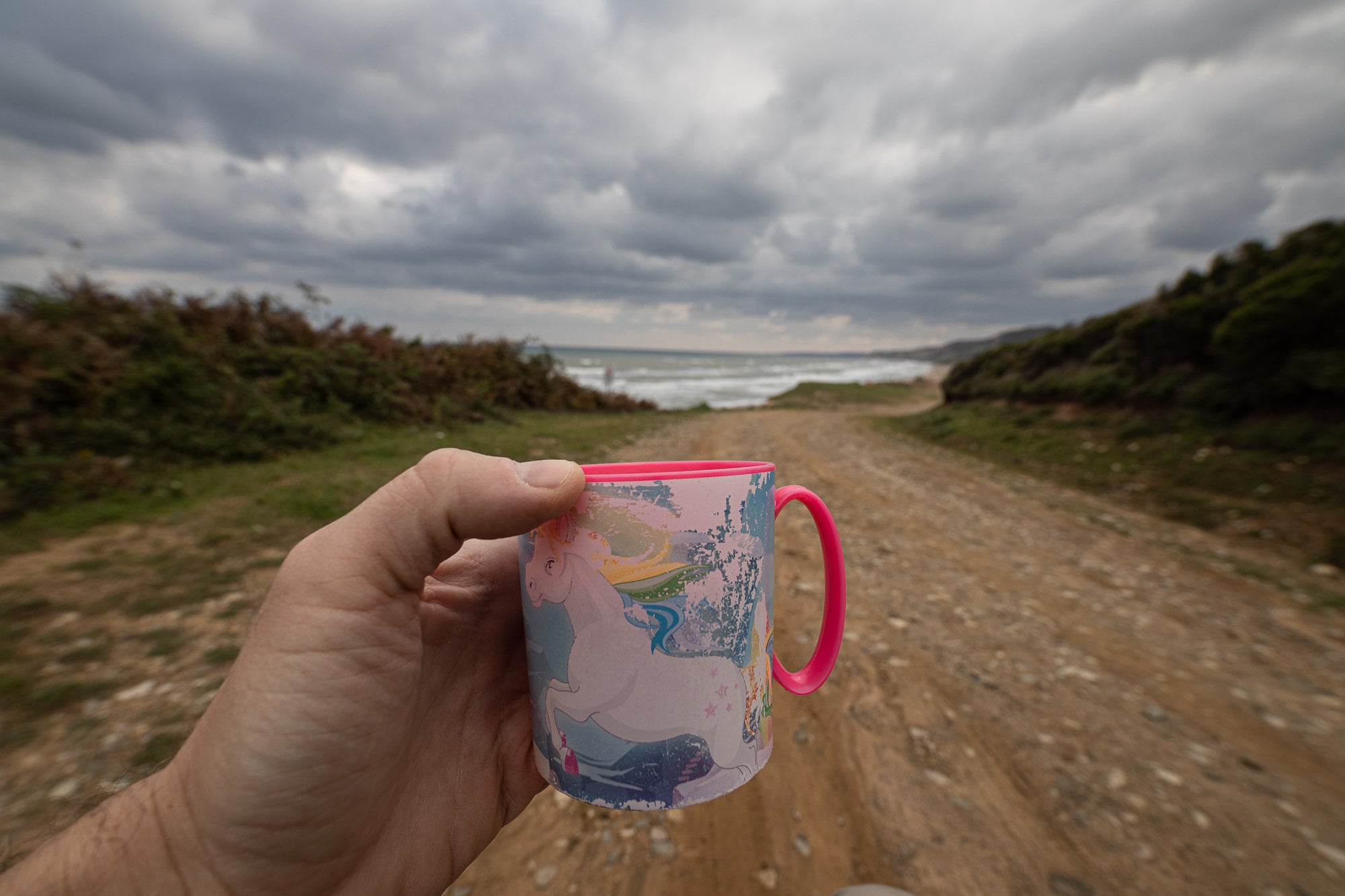 The forest road from Sarikum: 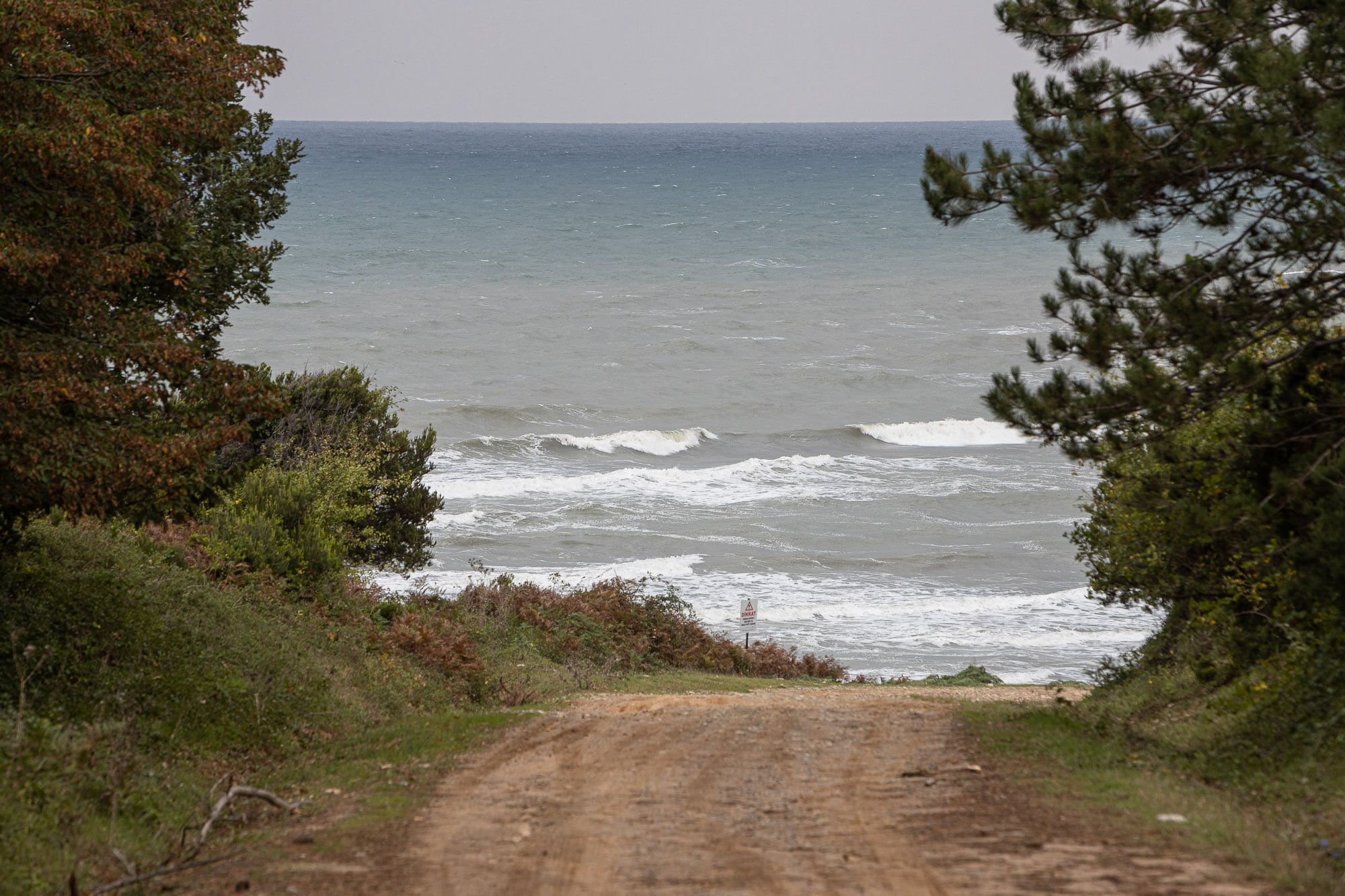 Drone shot with the Caboose during my walk from Sarikum to Gebelit: 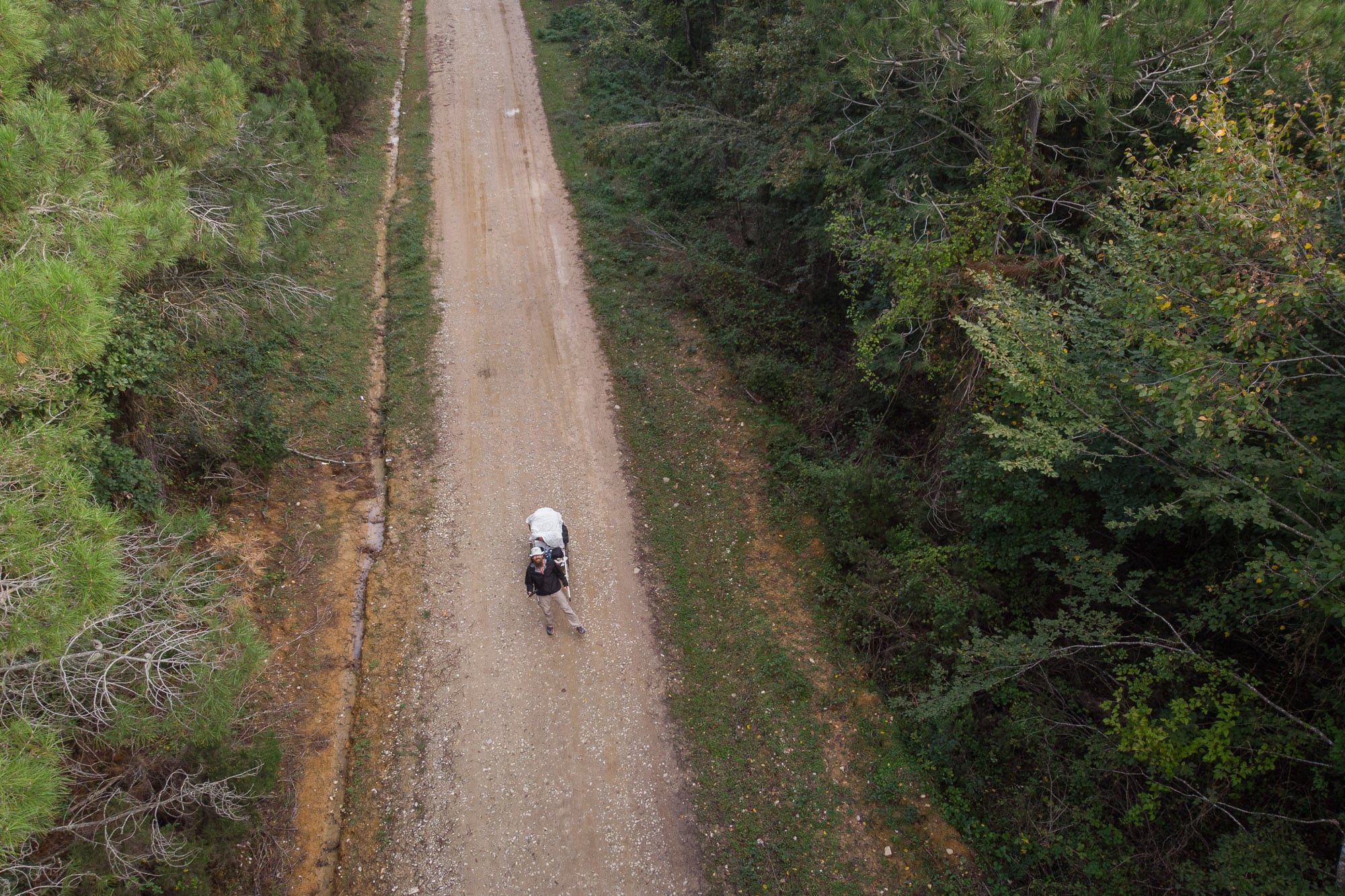 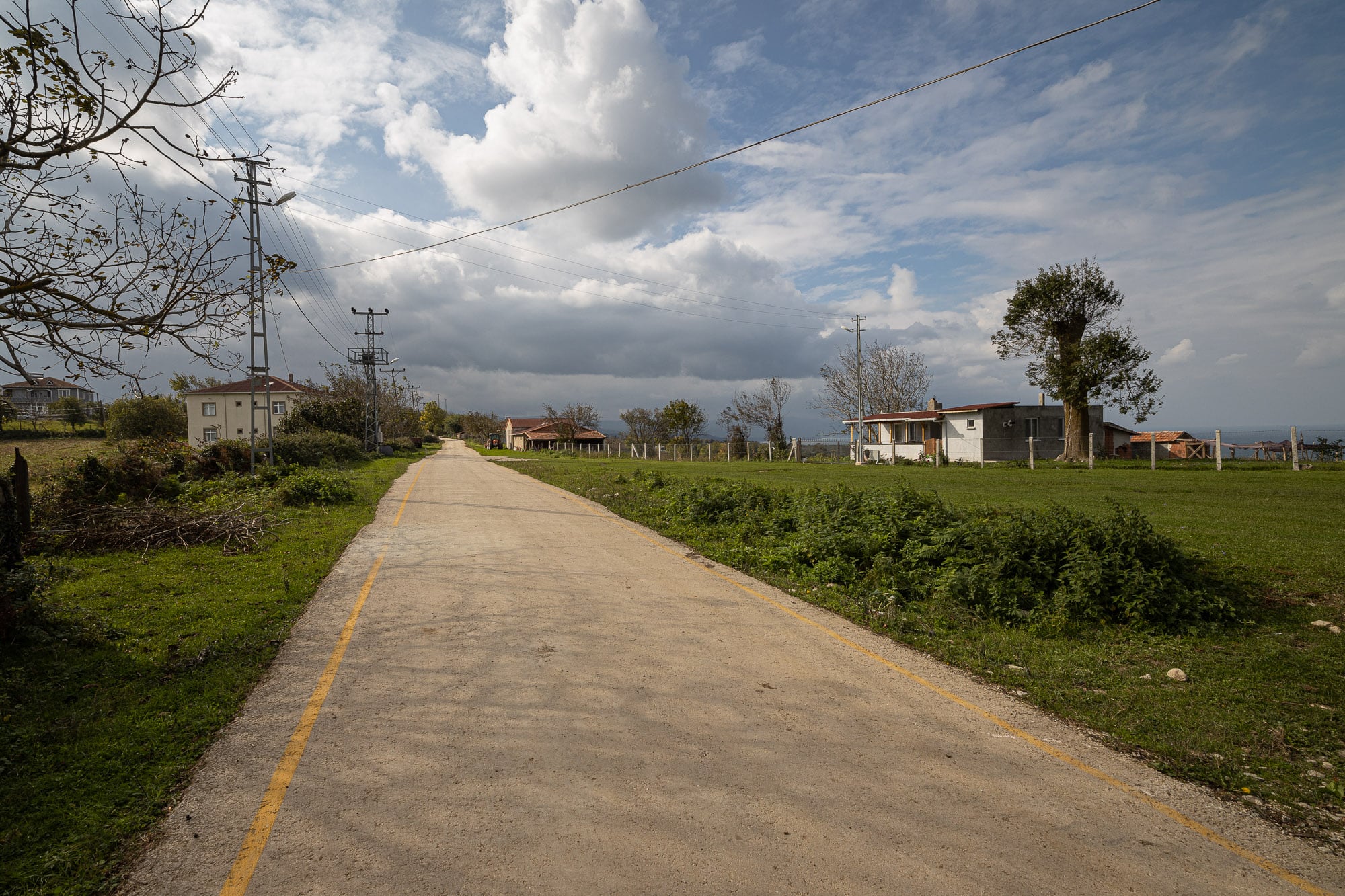 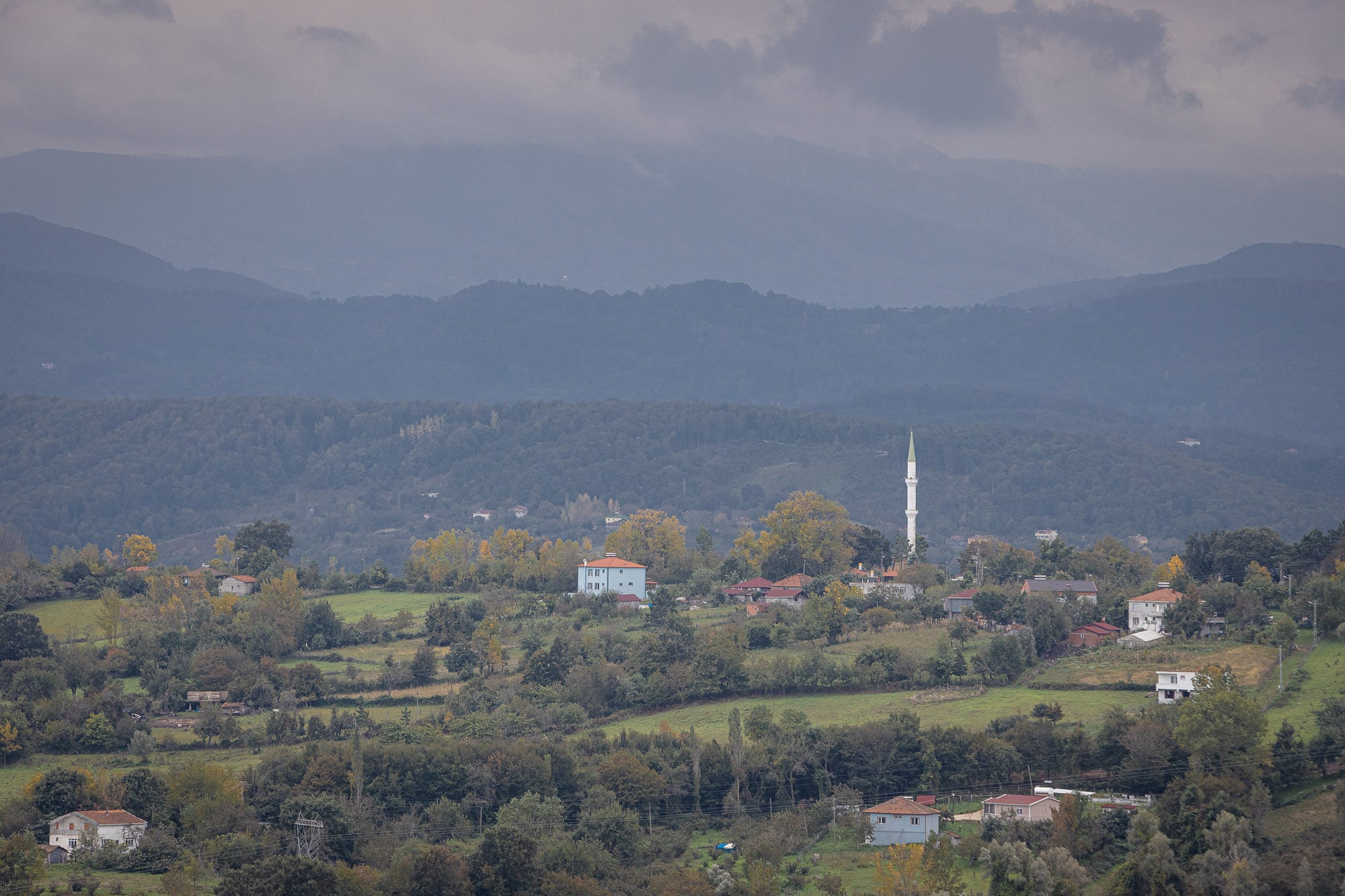 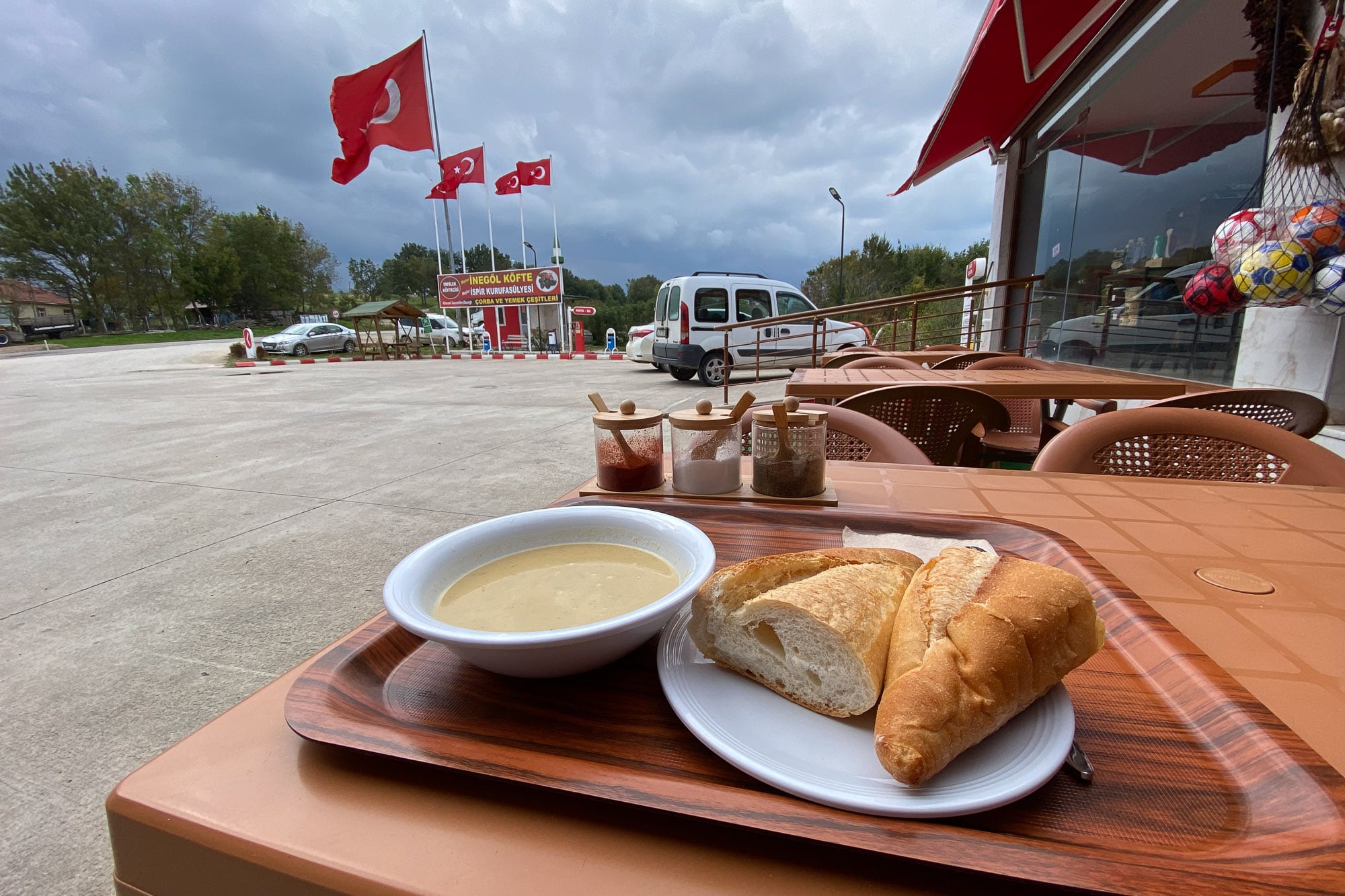 What the road was doing: 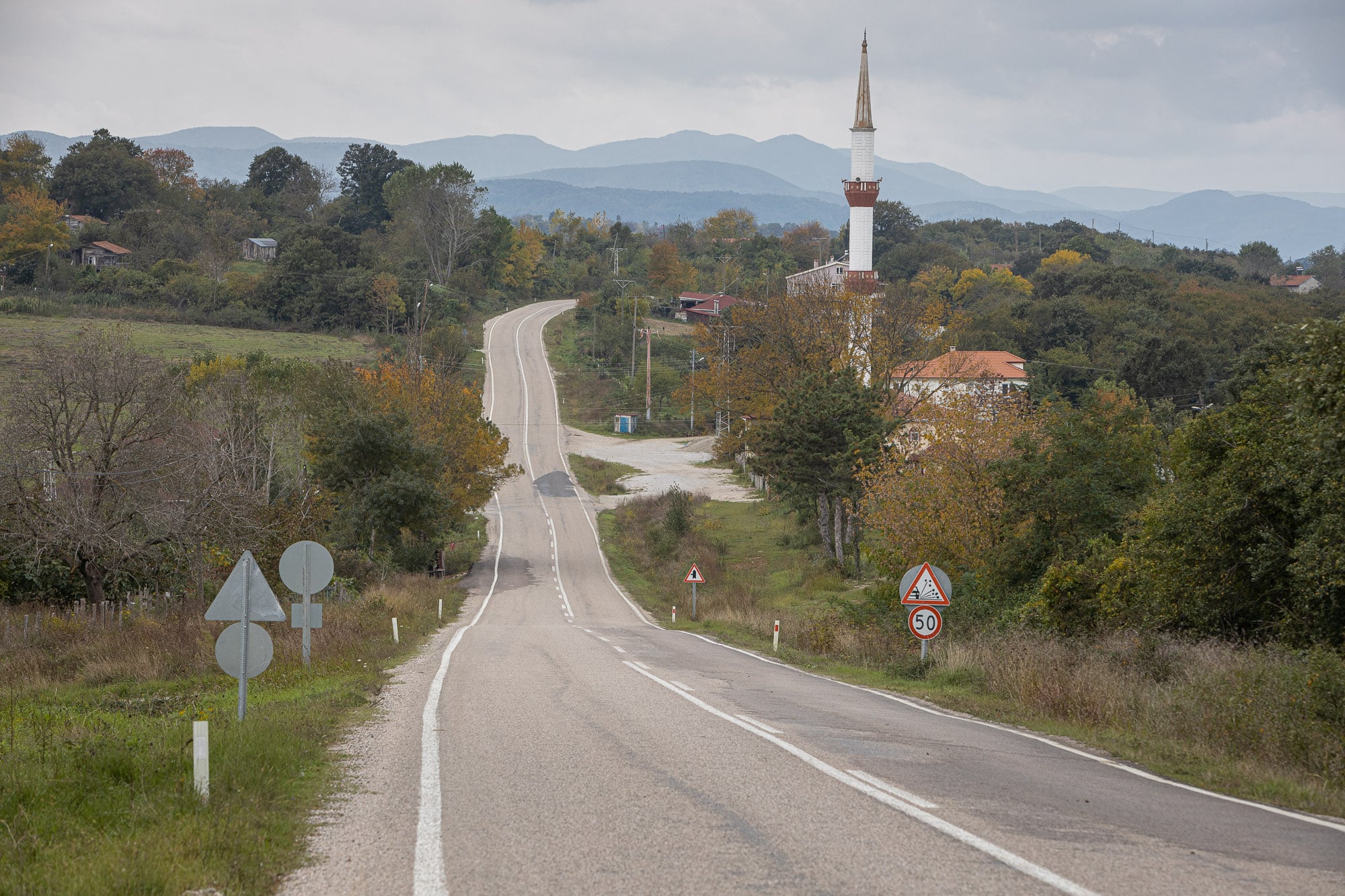 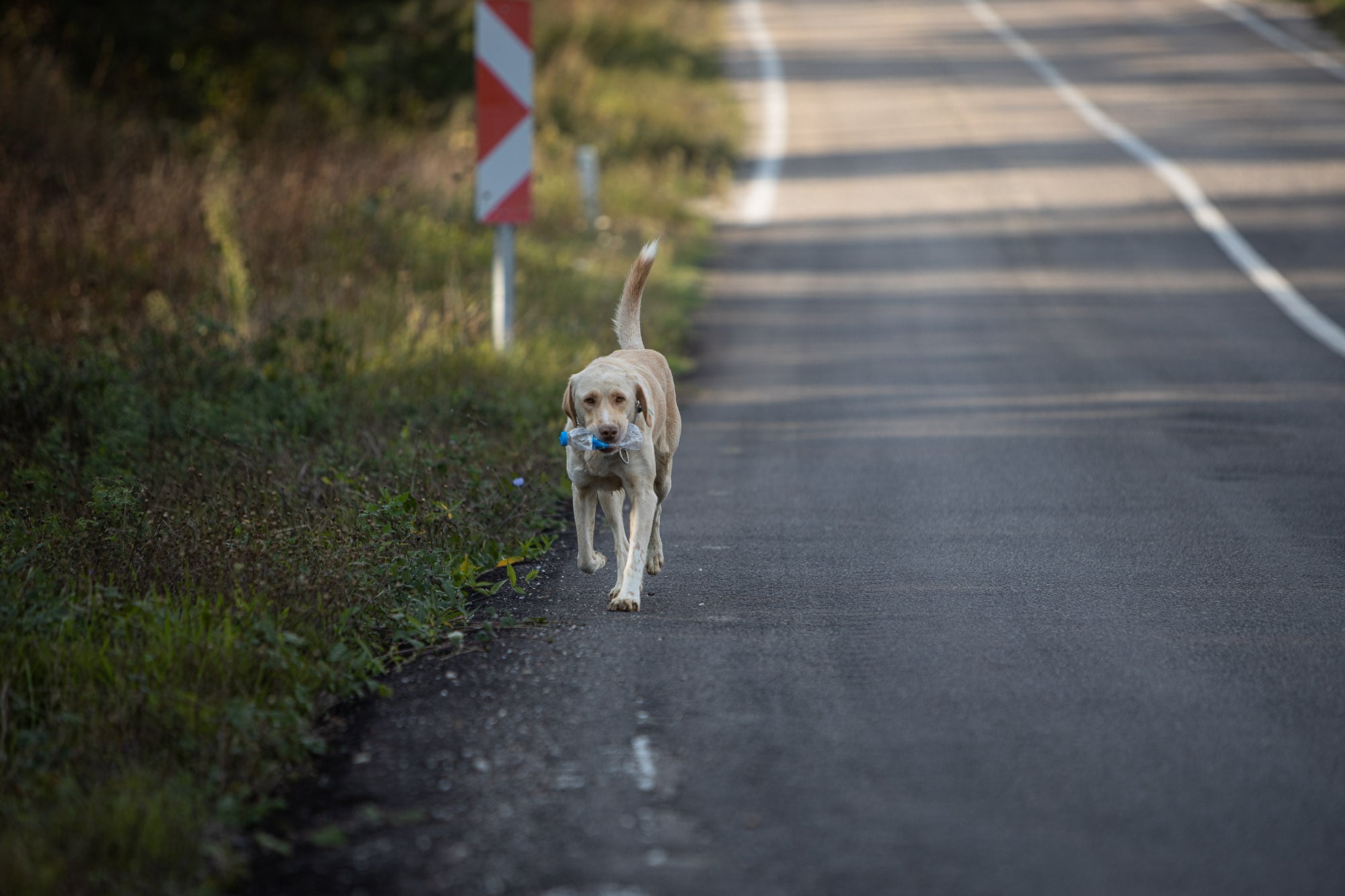 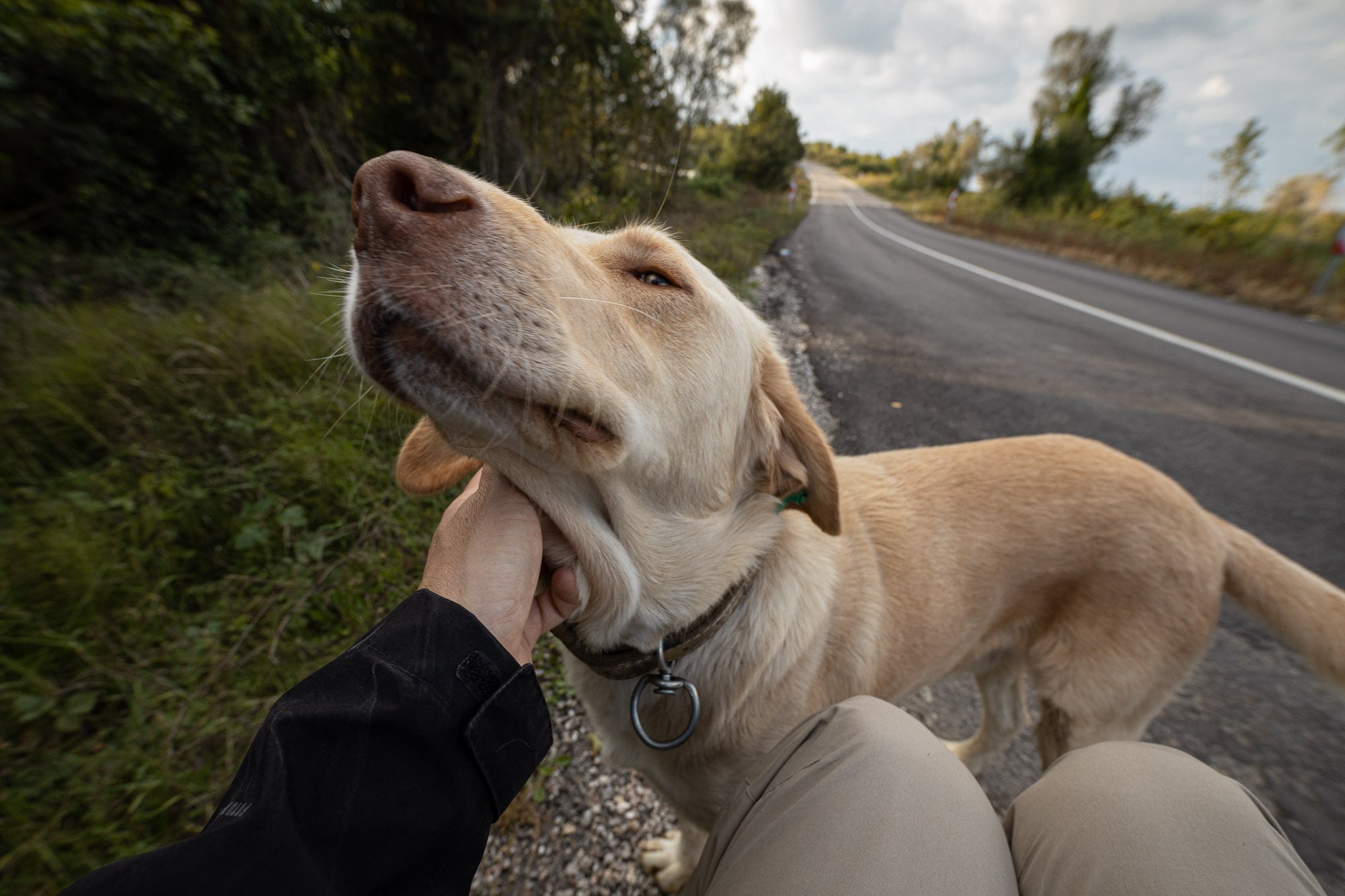 The Black Sea shore in Gebelit: 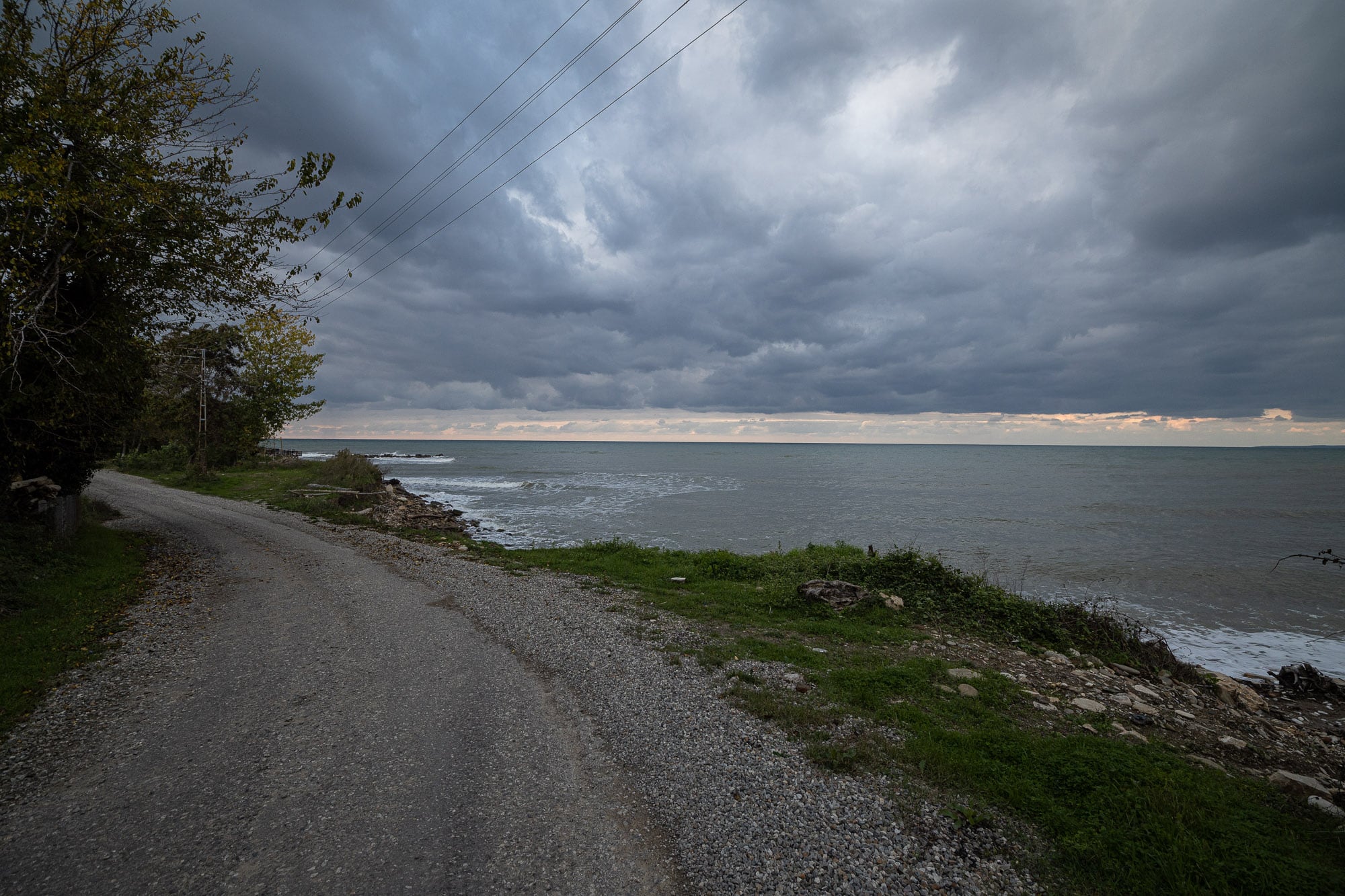 Camp at the Gebelit Öztürk Restaurant: 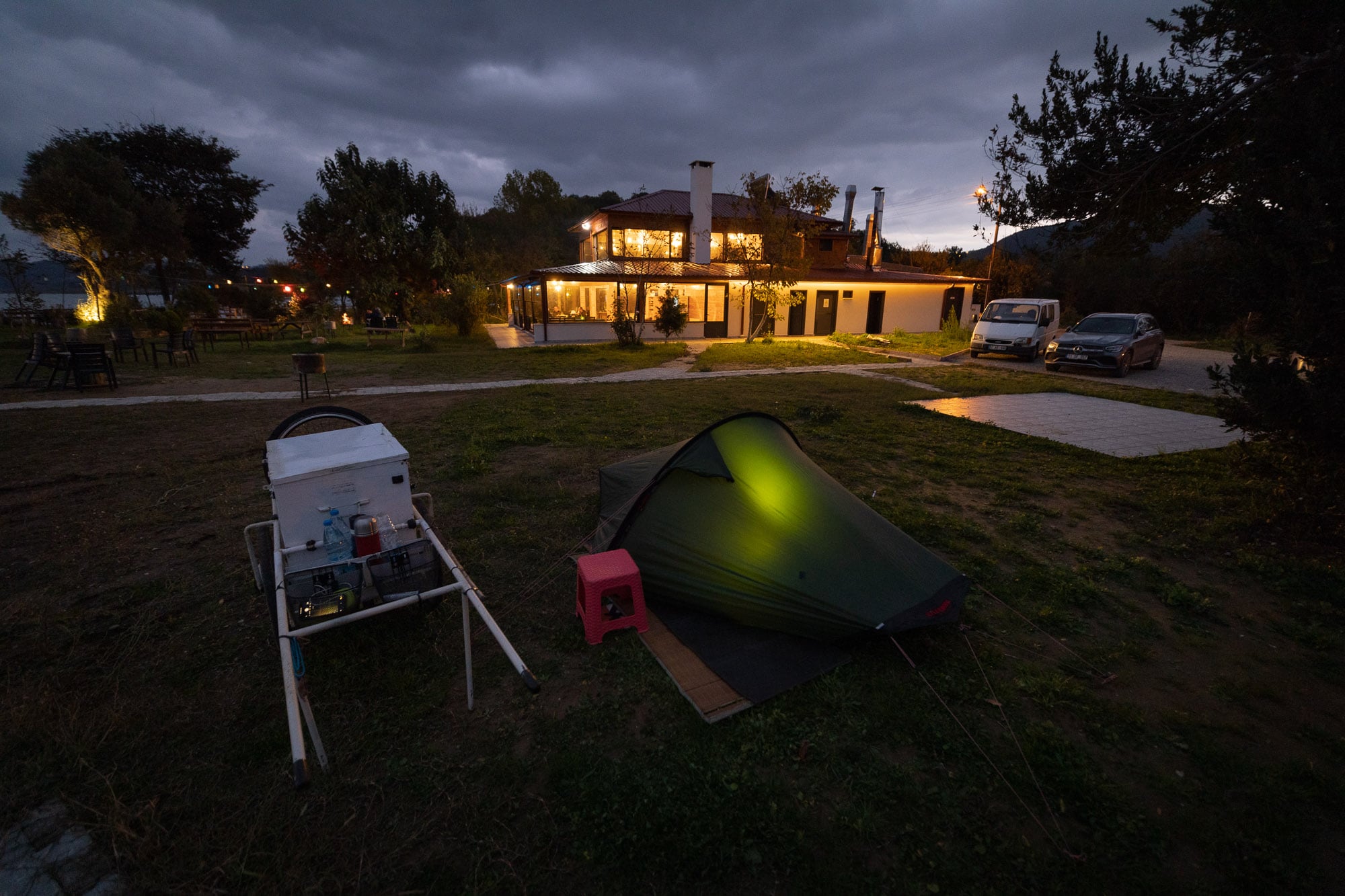 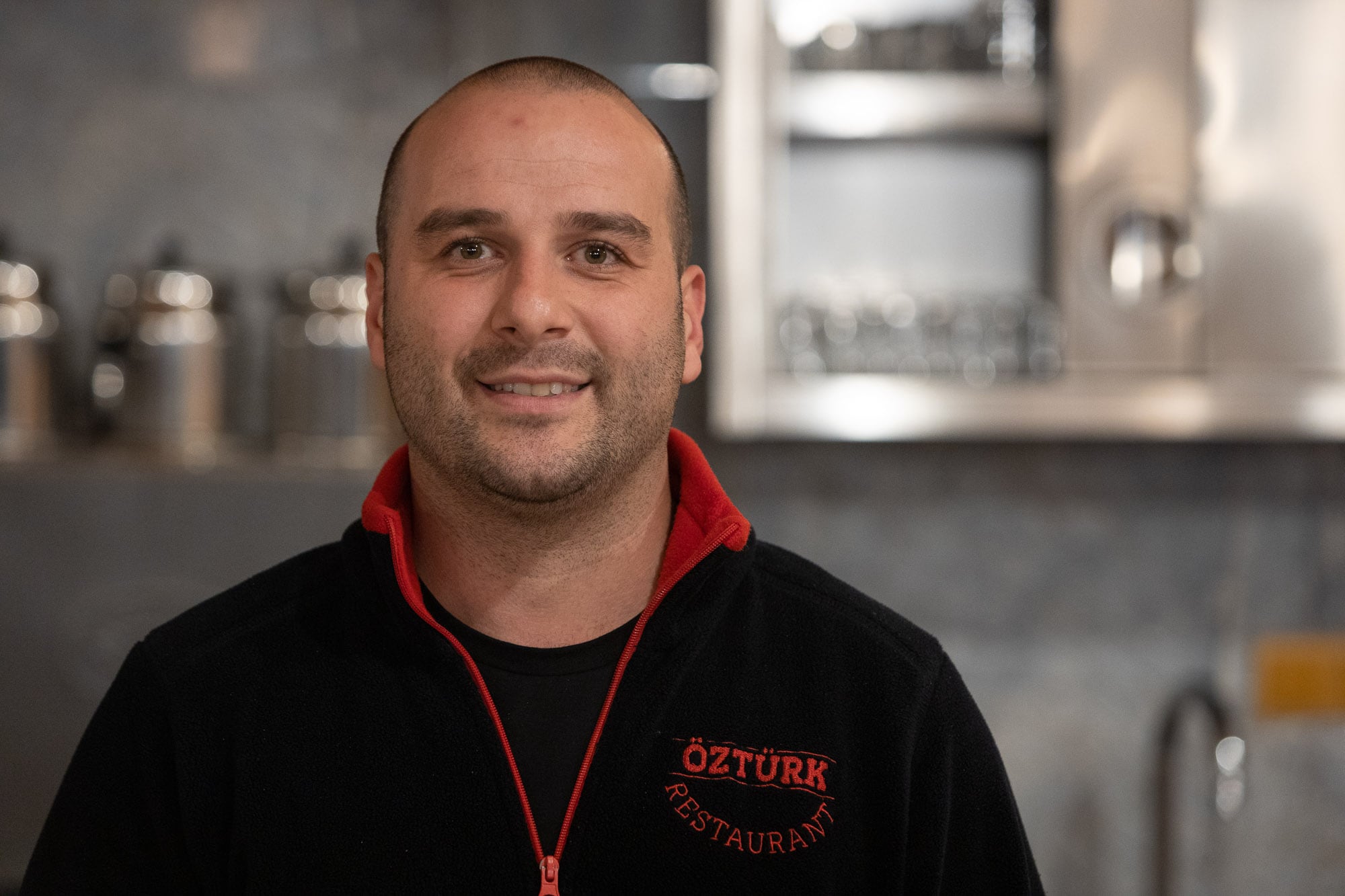