This post is about a 23km walk from Gebelit to Ayancik. I saw some of the destruction left behind by the flood two months earlier.

I don’t often remember my dreams, but tonight I did. In my dream I was in a building with a glass dome, and there was a tornado outside. So I ran downstairs. When I turned to look out of a window, I saw that there was a tsunami coming my way.

I woke up to the sound of the waves. They were crashing in just a few meters from my tent. There were no tornadoes and no tsunamis anywhere to be seen. The morning sun was smiling. I broke camp, dried the tent from the dew, and made oatmeal.

When I got back on the road I could feel the previous days in my bones. I walked slower than before, I breathed louder, and I sat longer.

After a few hours I reached a high point with a view where I decided to rest for a while. The clouds were Simpsons clouds. The Black Sea was sleepy. I saw a fishing boat, and it, too, looked lazy and idle.

I felt tired, but I wanted to press on so I would reach Ayancik before nightfall. There were supposed to be hotels in Ayancik. And besides, most of the terrain in this area seemed a bit steep for camping.

Then I saw the destruction. It was near the end of my walk from Gebelit to Ayancik. There had been a flood two months earlier. It had washed away parts of the road. It had ripped out trees, shaved off mountain slopes and left deep gashes in them.

One time I noticed a road sign pointing to a place up in the mountains. It was called Dereköy. I knew that köy meant village, so I looked up the other word. Dereköy apparently meant something like “creek village”. And indeed there was a little creek splashing gently down the rocks.

That creek must have gotten very angry two months earlier.

When I arrived in Ayancik I saw even more destruction. A river went through the town, and the flood had damaged the main bridge. I also saw a bunch of totalled cars. One of them had been left on the riverbank, mangled beyond recognition. It looked like a monument.

That night, when I left my hotel to find something to eat, I asked someone about the flood. I don’t speak Turkish, so I just said big water in an asking tone. Yes, the guy said, very big water.

How many dead? I wanted to know. Twenty-six, he said. That was the total number. But it got even worse. For six out of those twenty-six he made a gesture with his open hand and used a word that I knew: yok.

Yok means that something isn’t there. The six people that were yok weren’t there anymore.

Their bodies had never been found.

View from my tent in Gebelit: 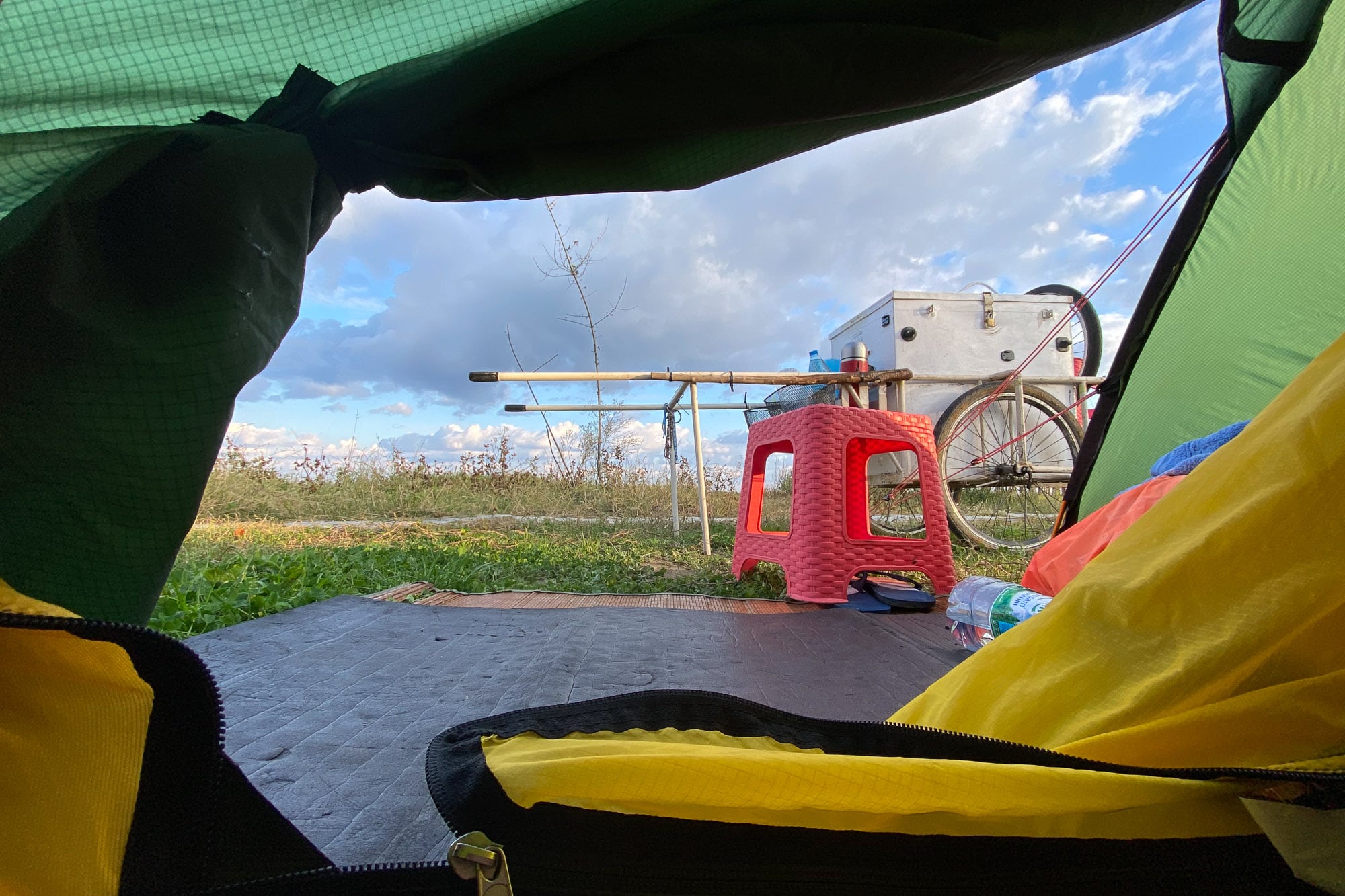 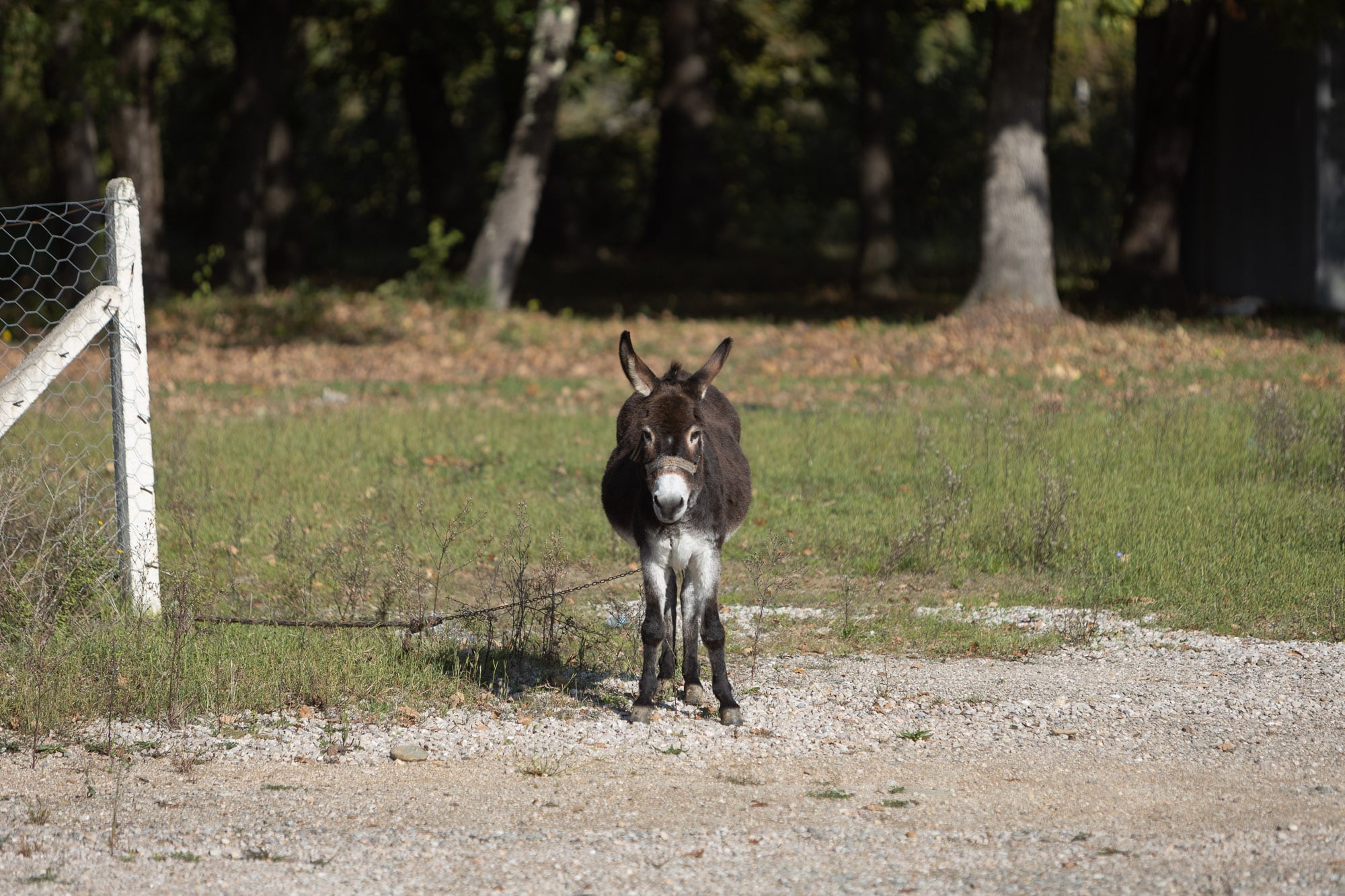 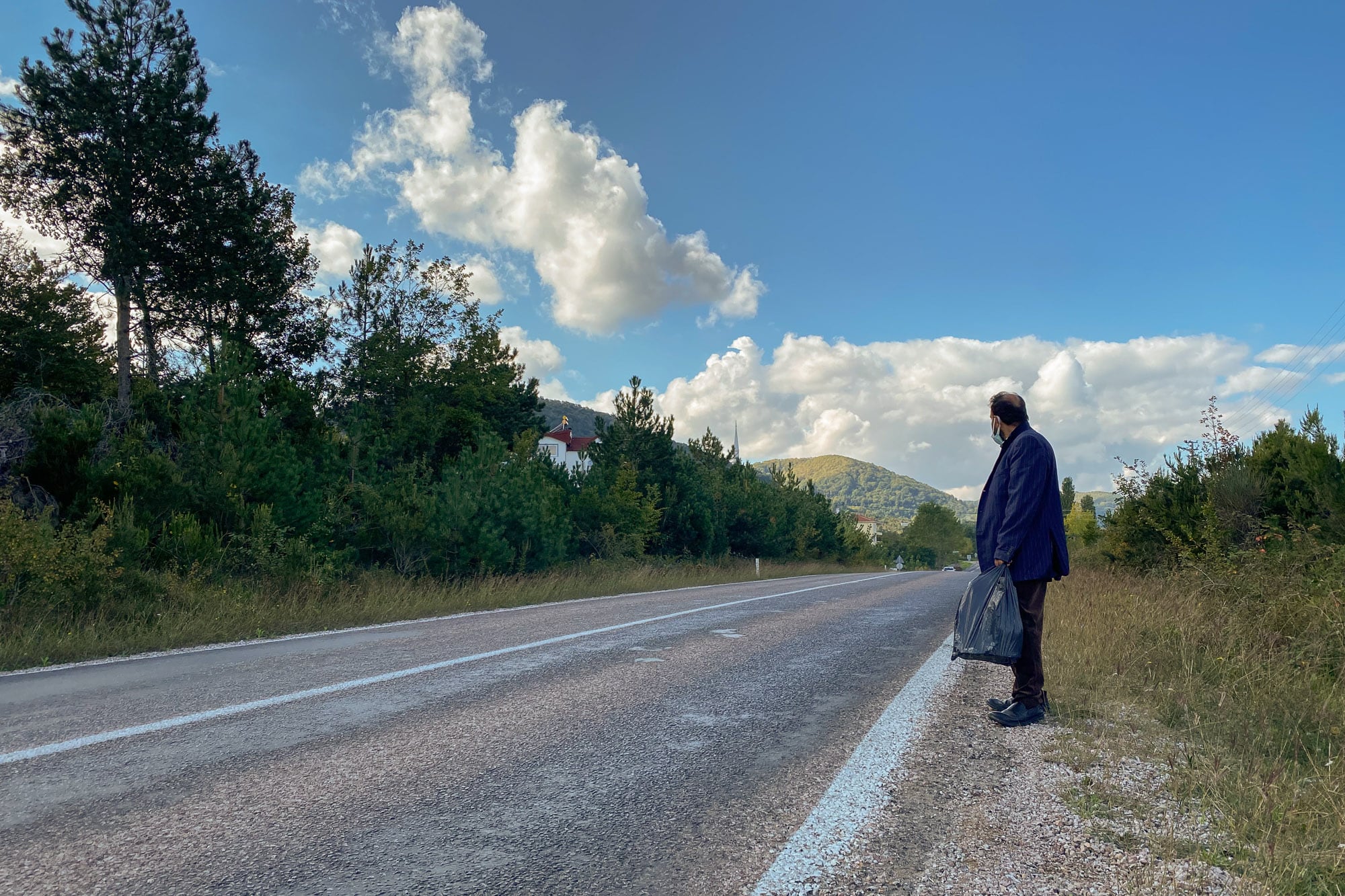 I put a sticker on the Caboose: 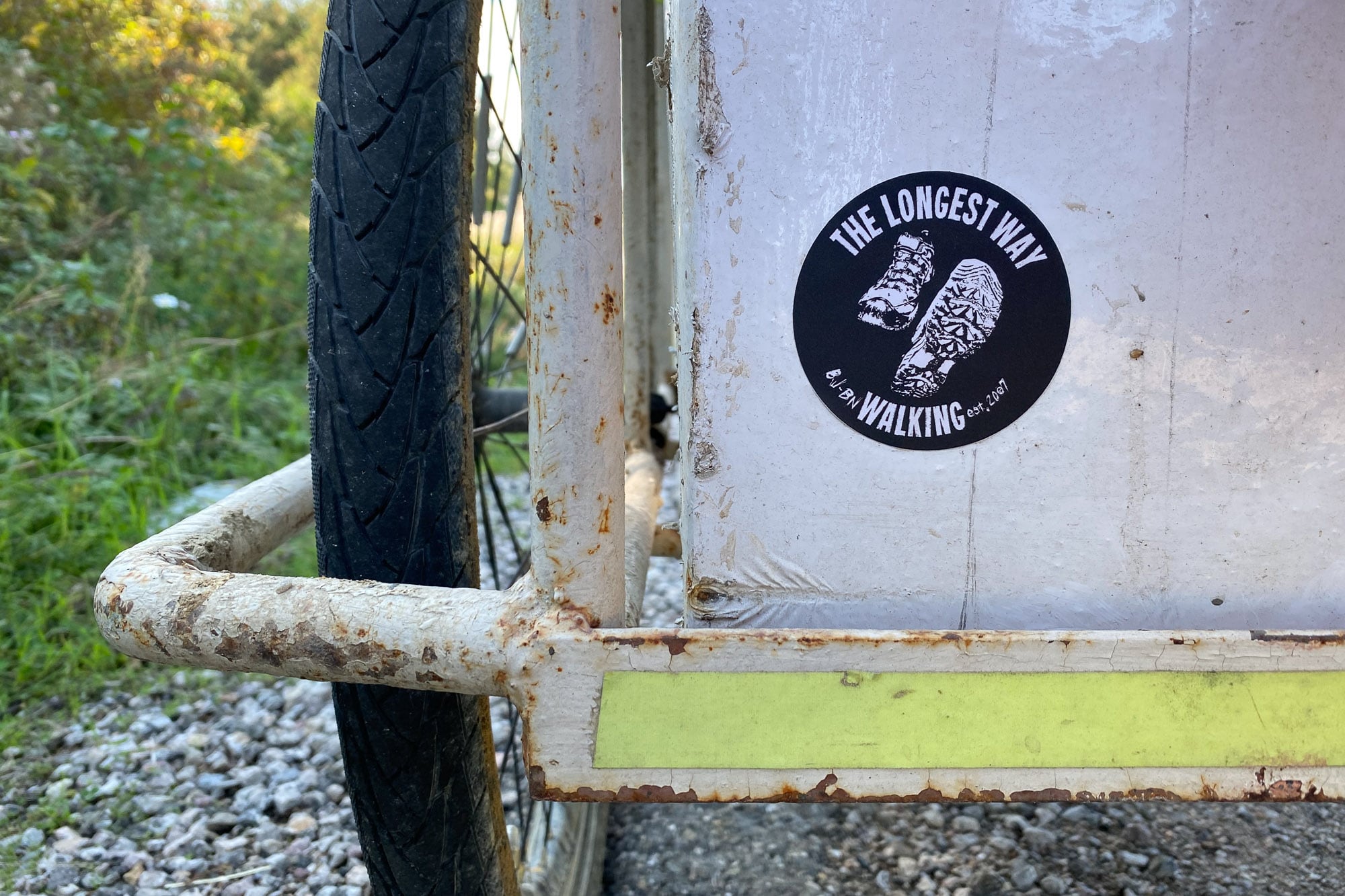 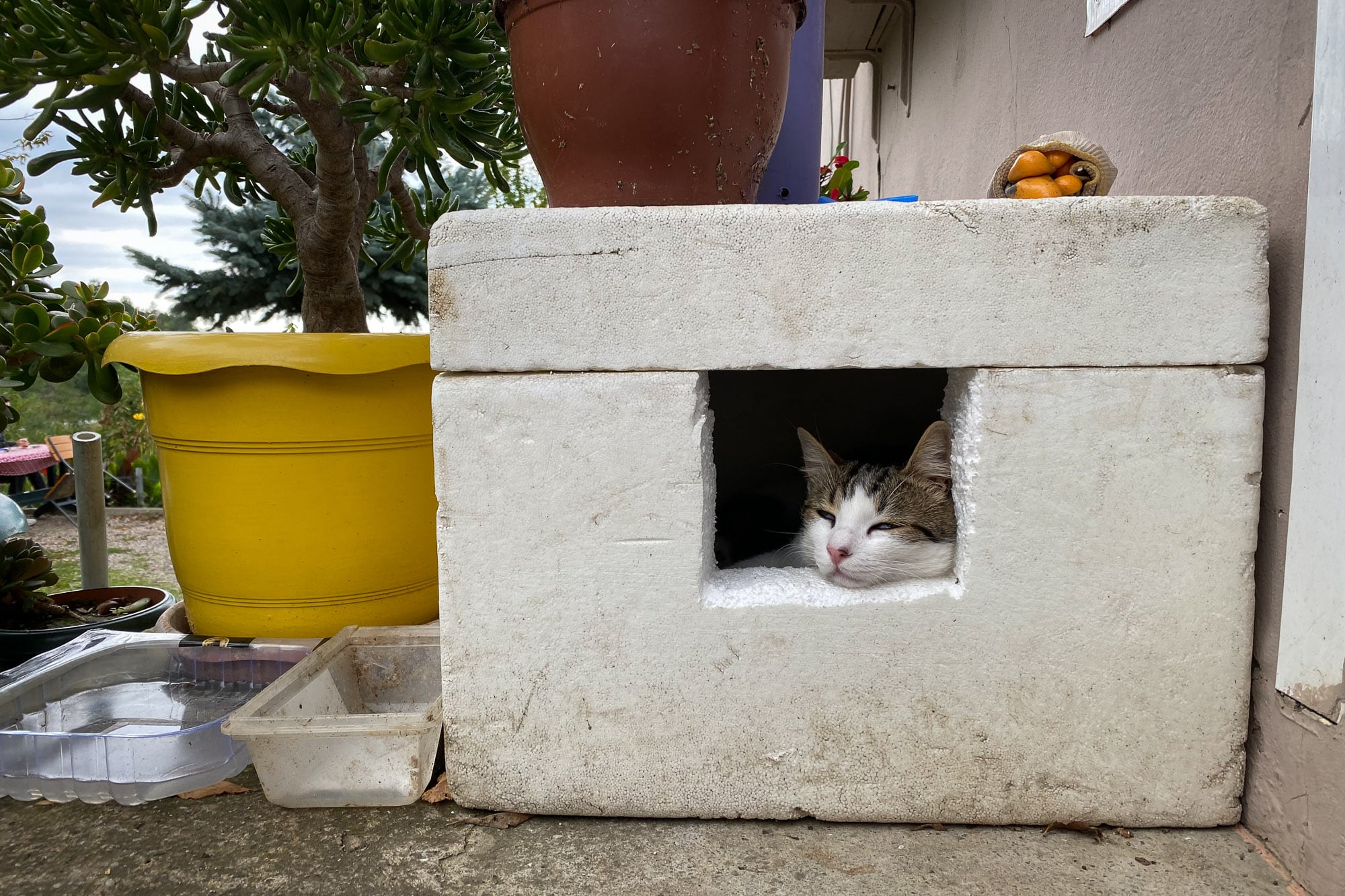 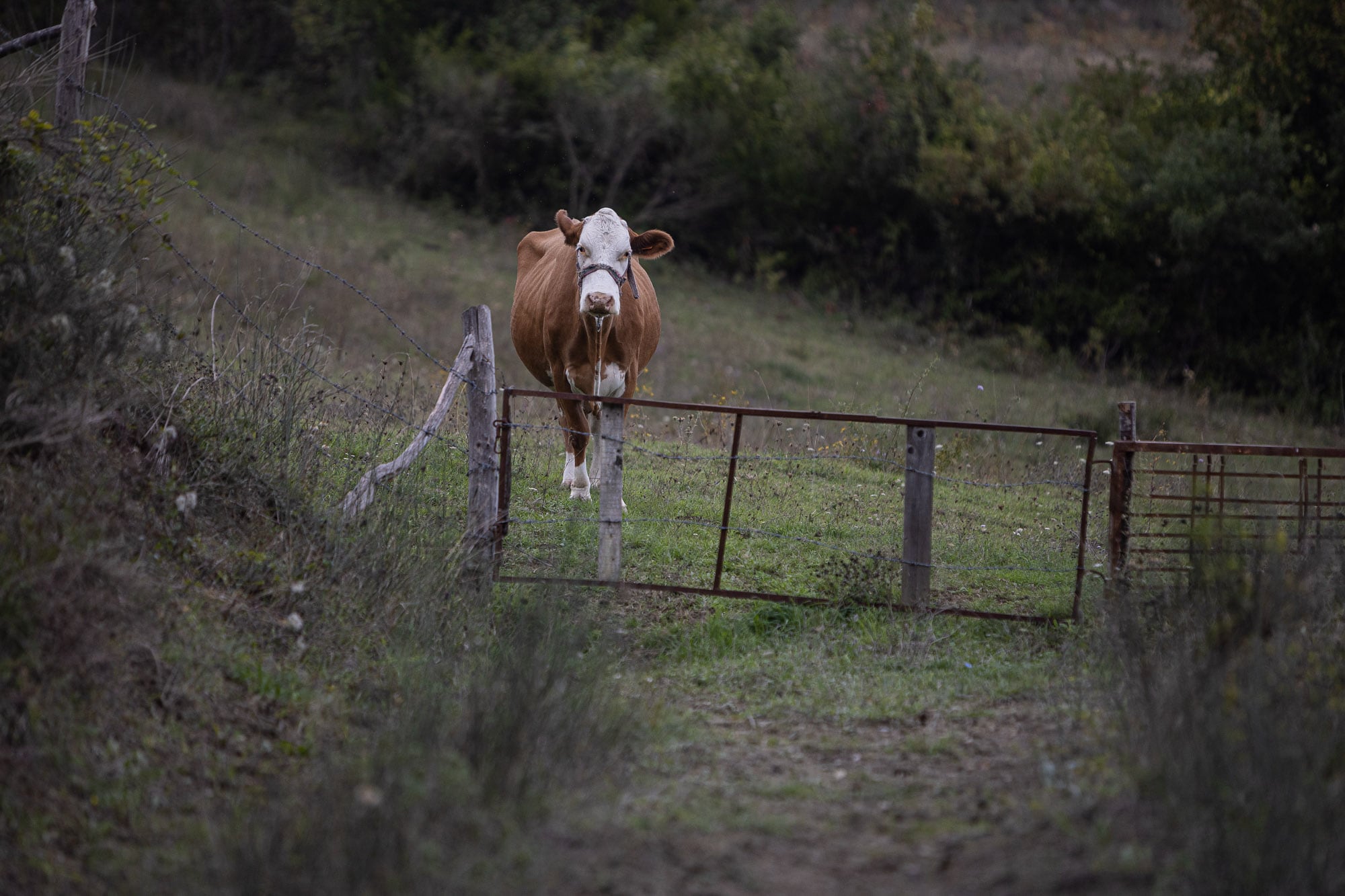 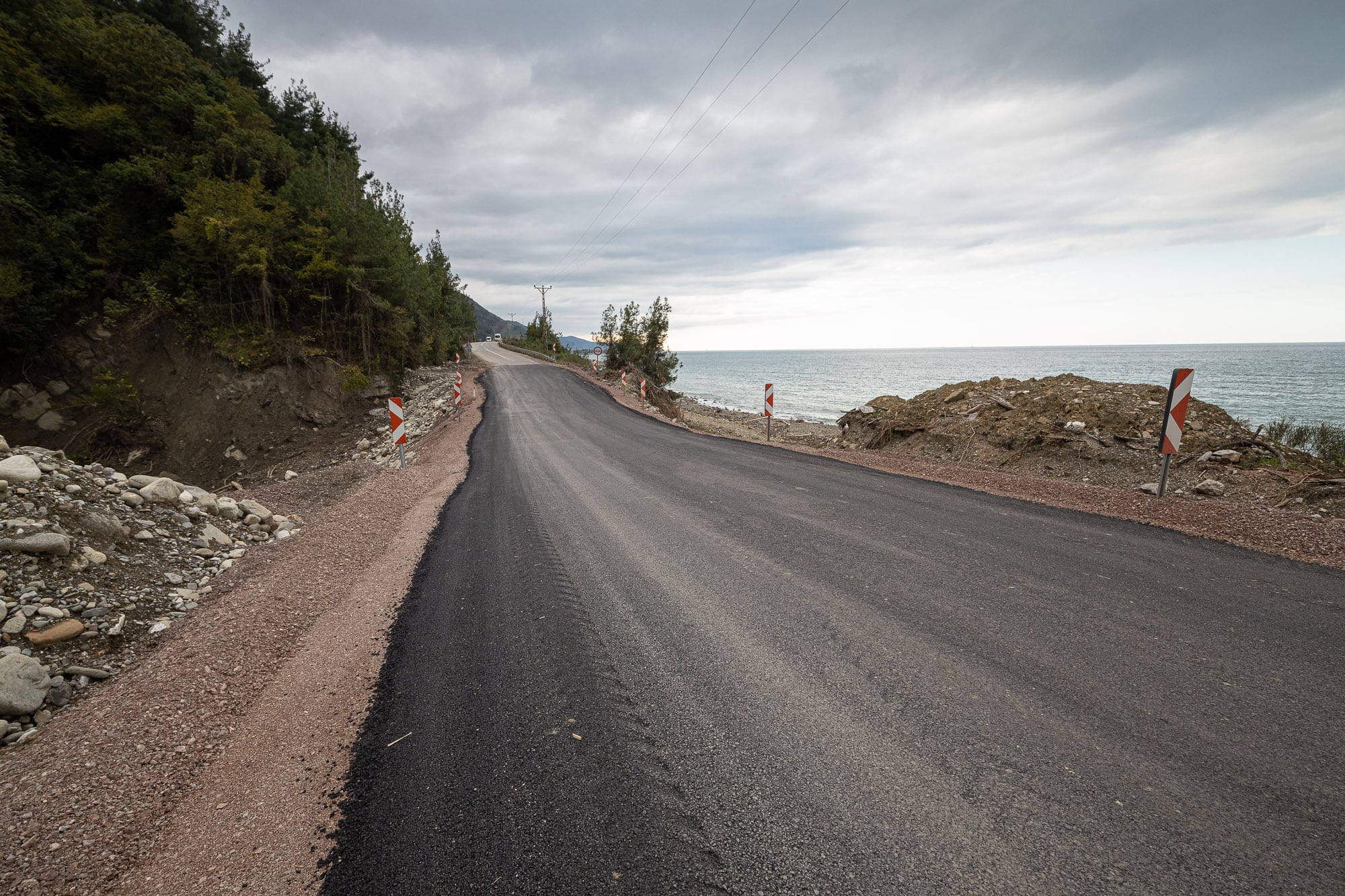 Destruction left behind by the flood near Ayancik: 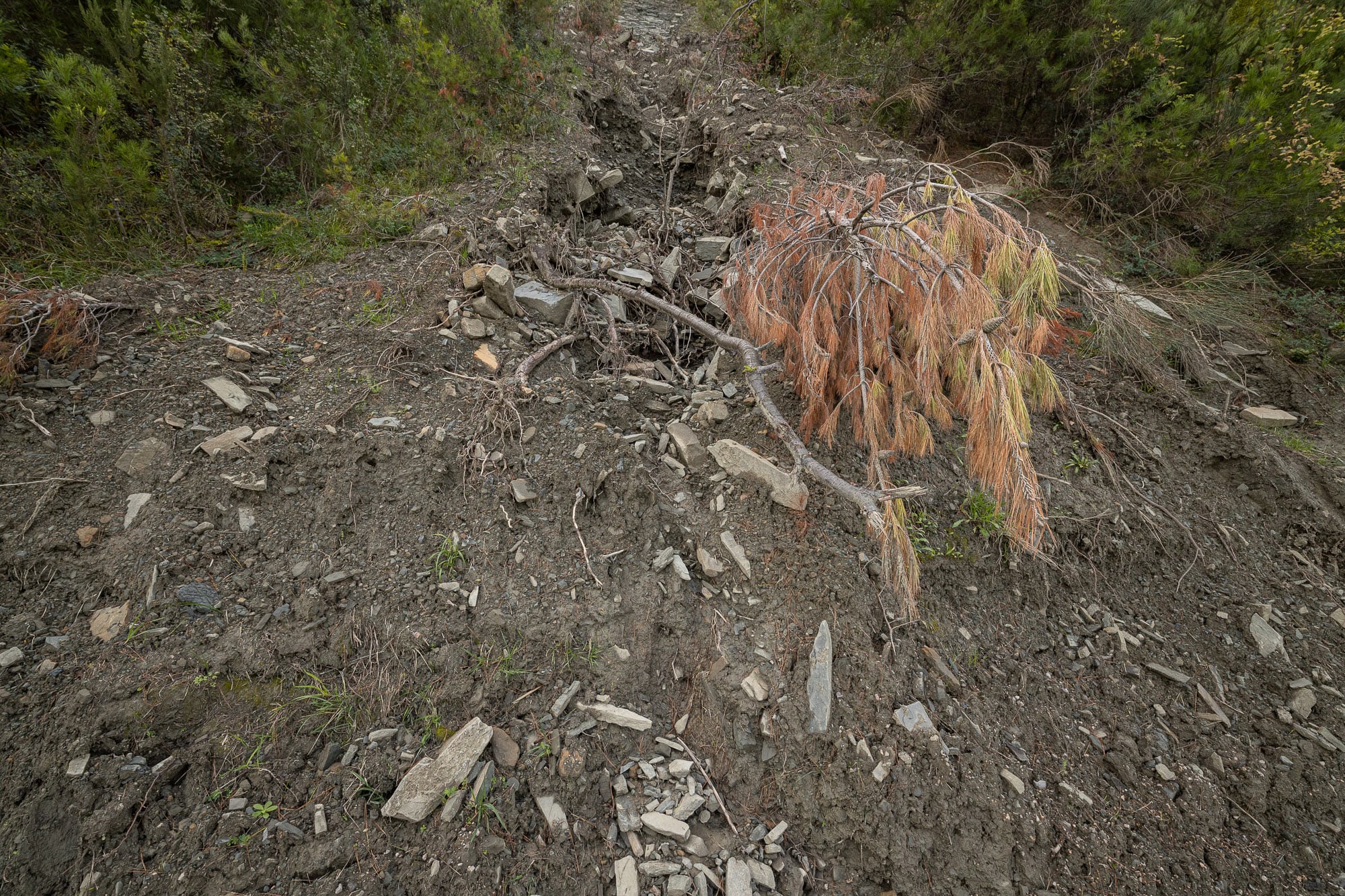 A bunch of totalled cars in Ayancik: 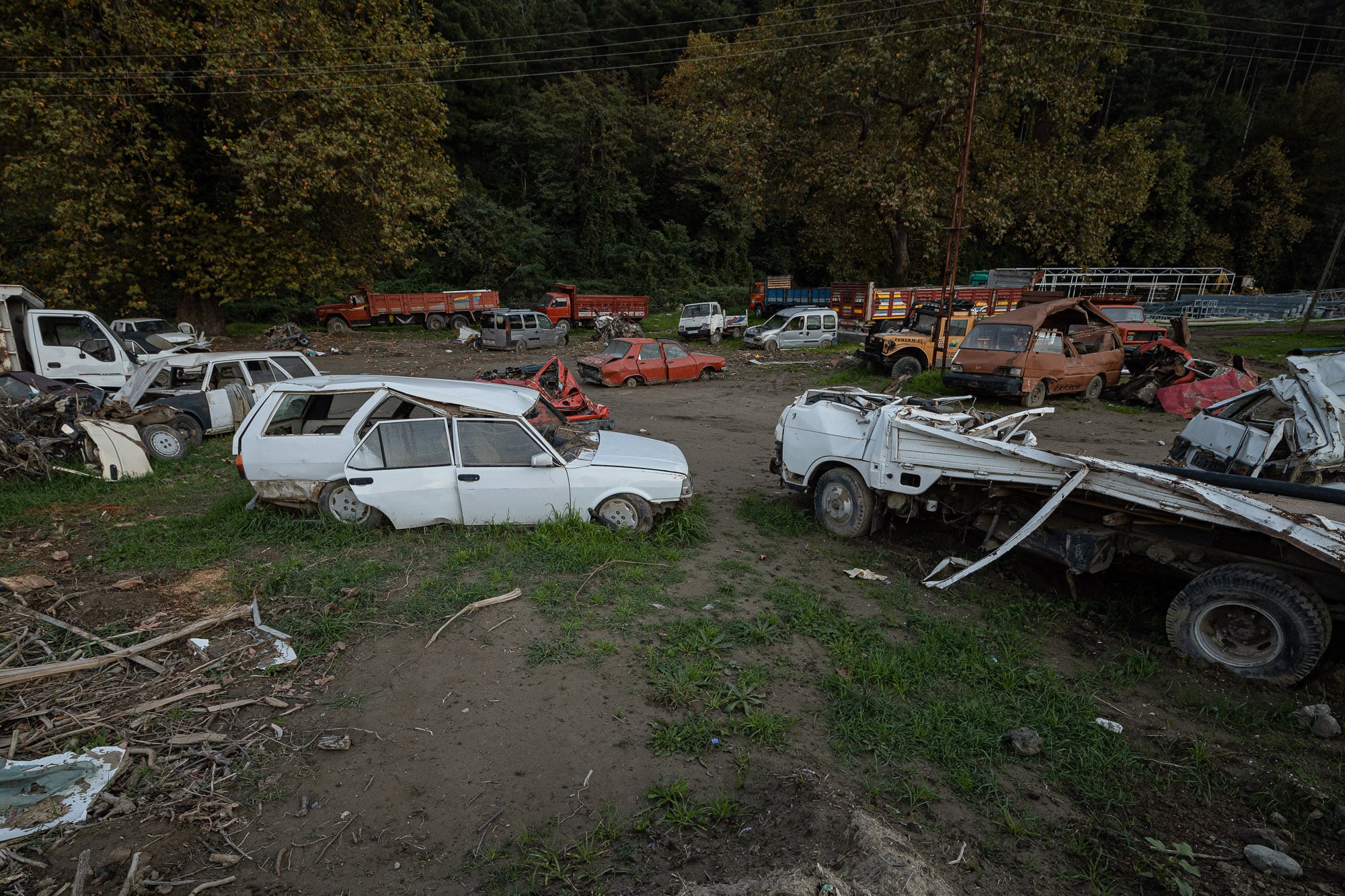 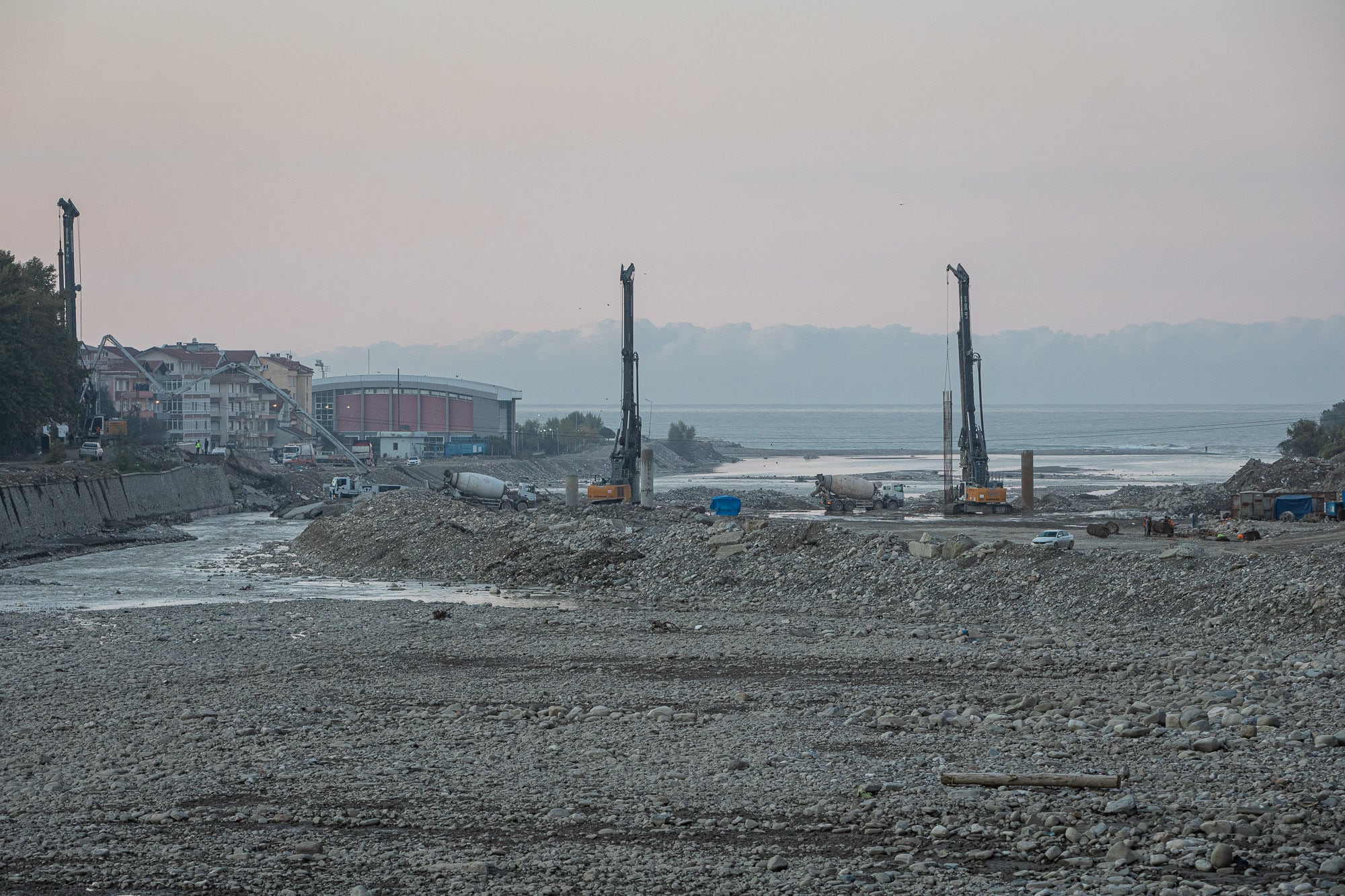 The most mangled car: 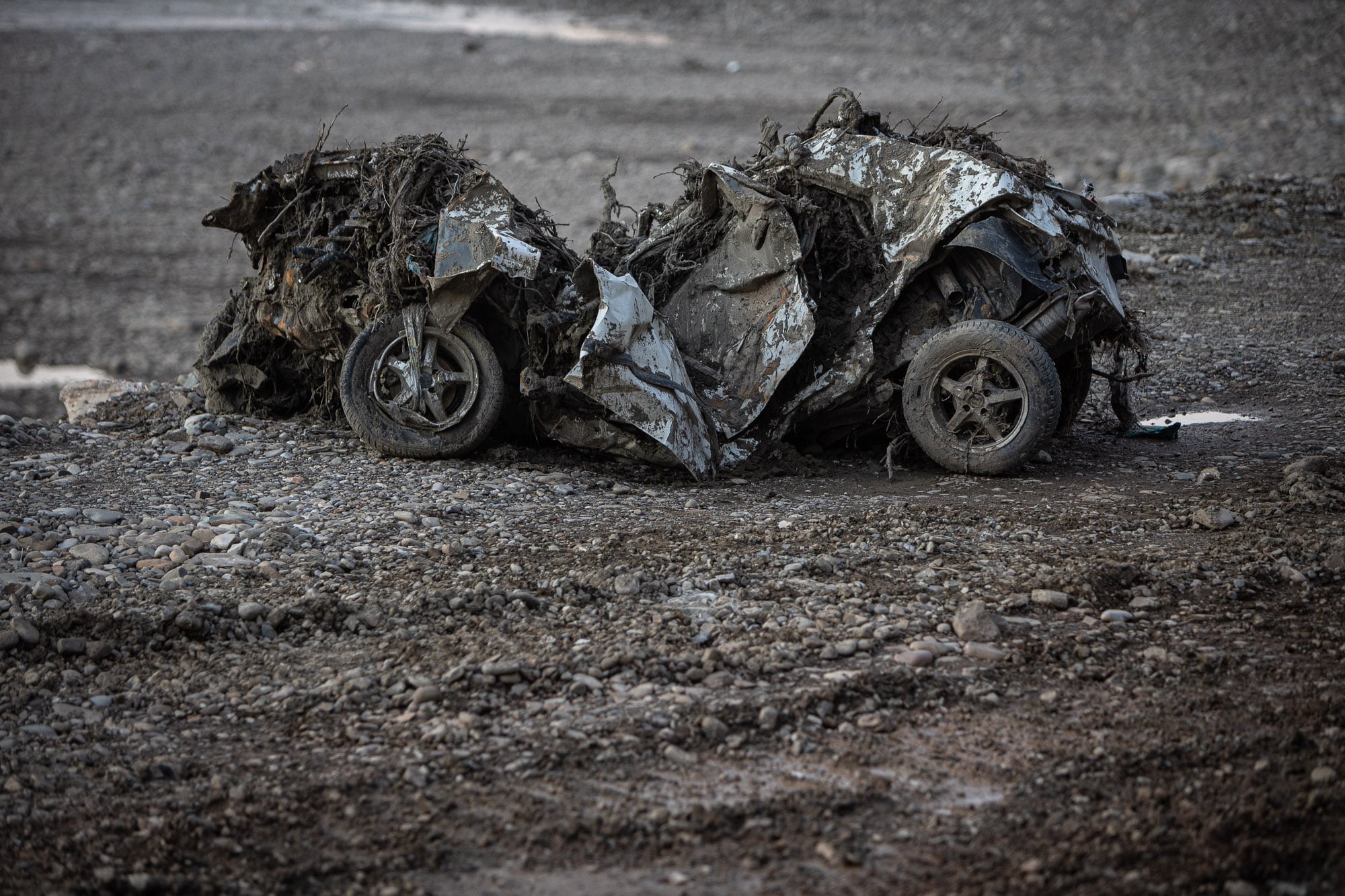 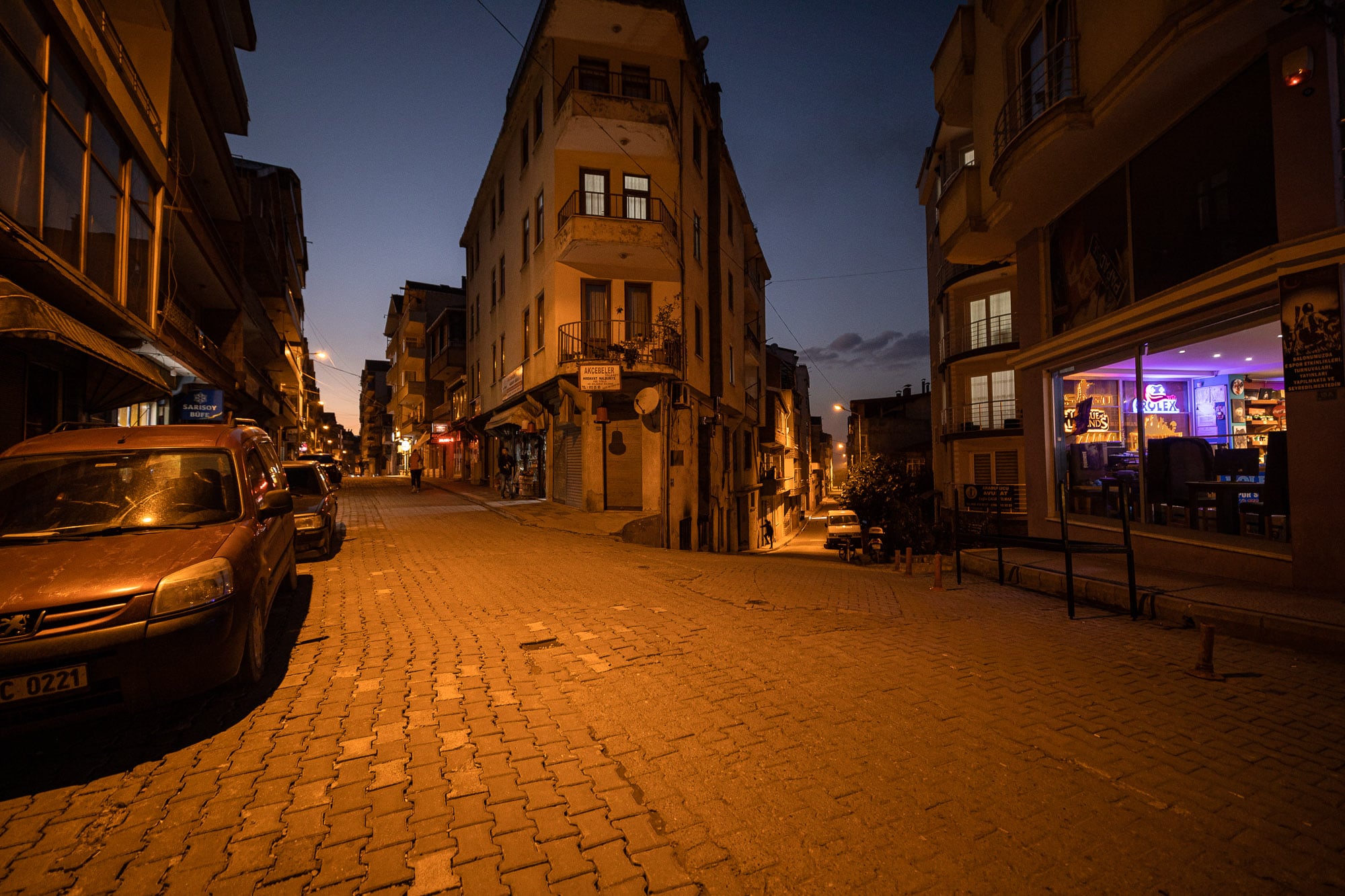