Just as I wake up under the cement roof that has been my home for the night, it starts to rain again. I decide to wait it out. After all, I have apples, nuts, and bread to eat, water to drink, and a tv series to watch. No need to lose hope as long as you have nuts. The only thing I really miss is a cup of hot chocolate.

The series turns out to be a disappointment. In one of its sub-plots, someone kills a friend’s rabbit and then goes and buys another rabbit and paints its face so it looks like the original one. It’s as if the last twenty years of television never existed.

The rain takes two hours to stop. After that I leave the rabbit-killers and venture out into the world again. I have actually slept pretty close to a town. It’s called Sürmene, and it’s got a nicely laid back atmosphere. That and a lot of knives. I count three knife shops until I finally look closer and find out that the knives are produced here. Sürmene knives are a thing, only I didn’t know that.

When a gentleman called Yashar stops his car next to me, I am resting on the ground with my feet up. It’s a good way to rest, but it must have alarmed Yashar, because he showers me with candy bars, wafers, and soft drinks. Then he drives off as if he has to get somewhere really fast. I try one of the soft drinks that he gave me. It’s watermelon-flavored and tastes super artificial. I love it.

And then, just before sunset, I step off the highway and onto a cliff where a couple of cars are already parked. I see only men, many of them, some with liquor bottles. So this is where the drinking happens, I think, and for a moment I am unsure if I should rather watch them or the sky that is turning pink and then orange and then red and then dark over the silent waves of the Black Sea. 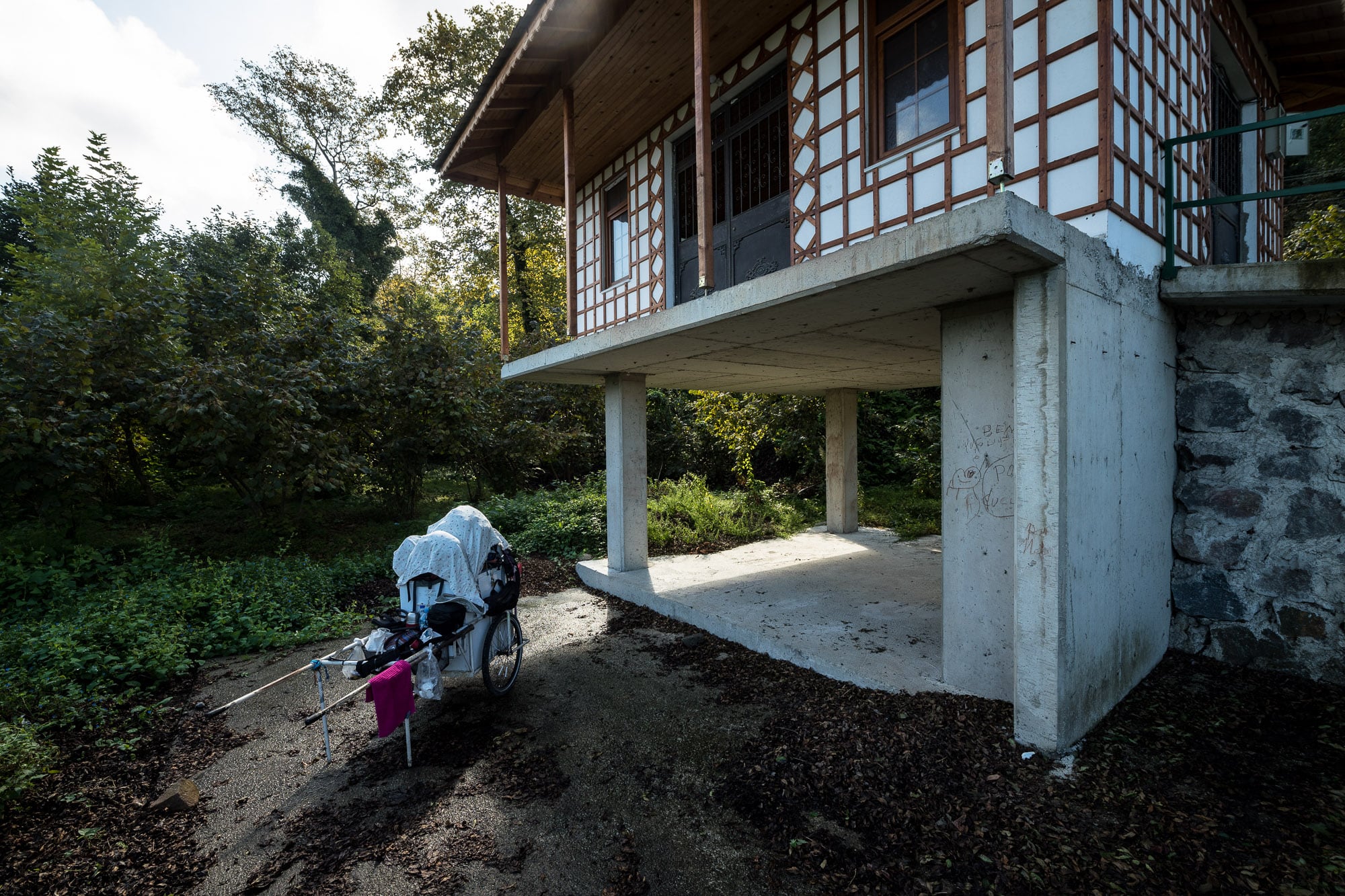 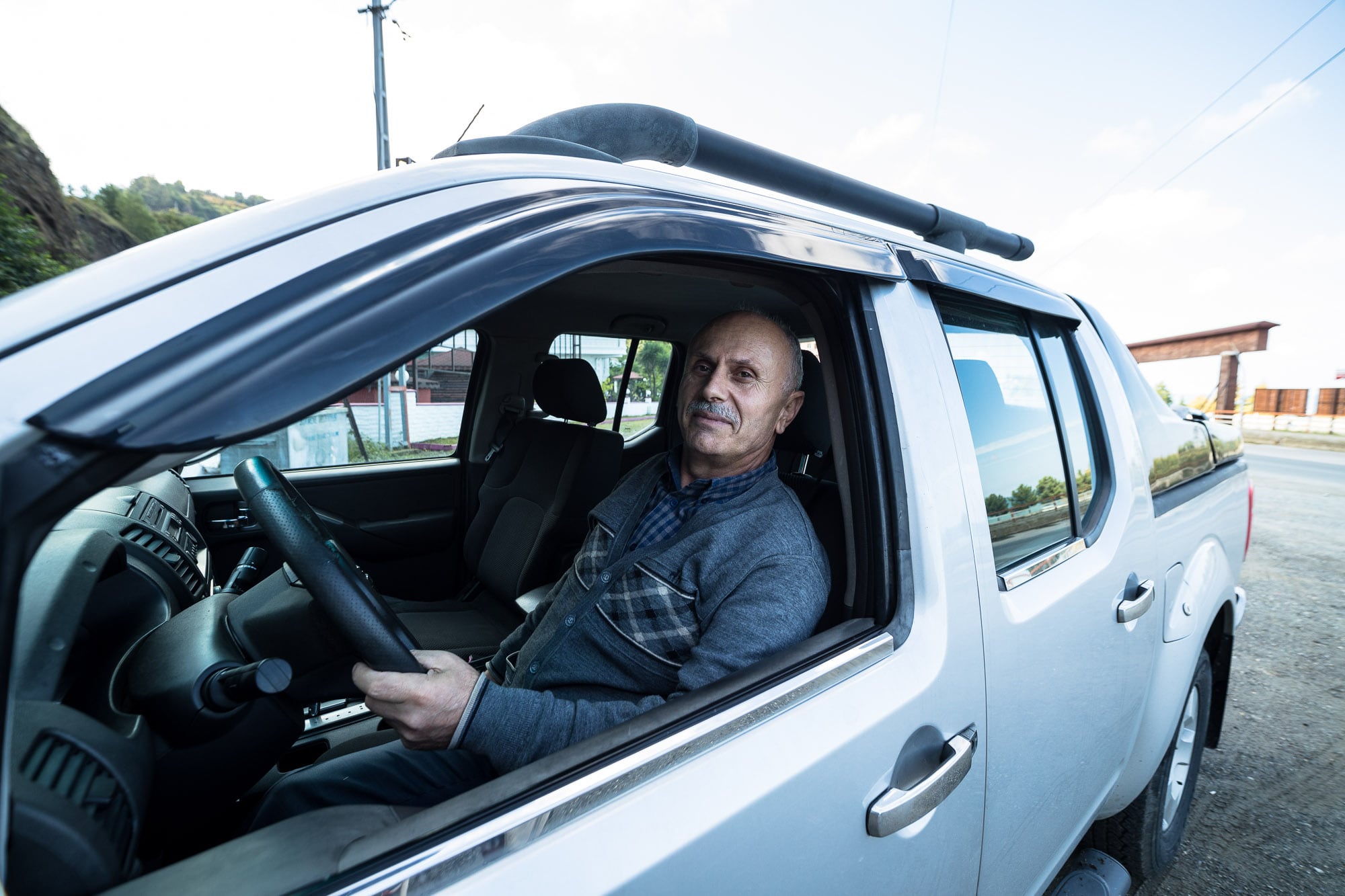 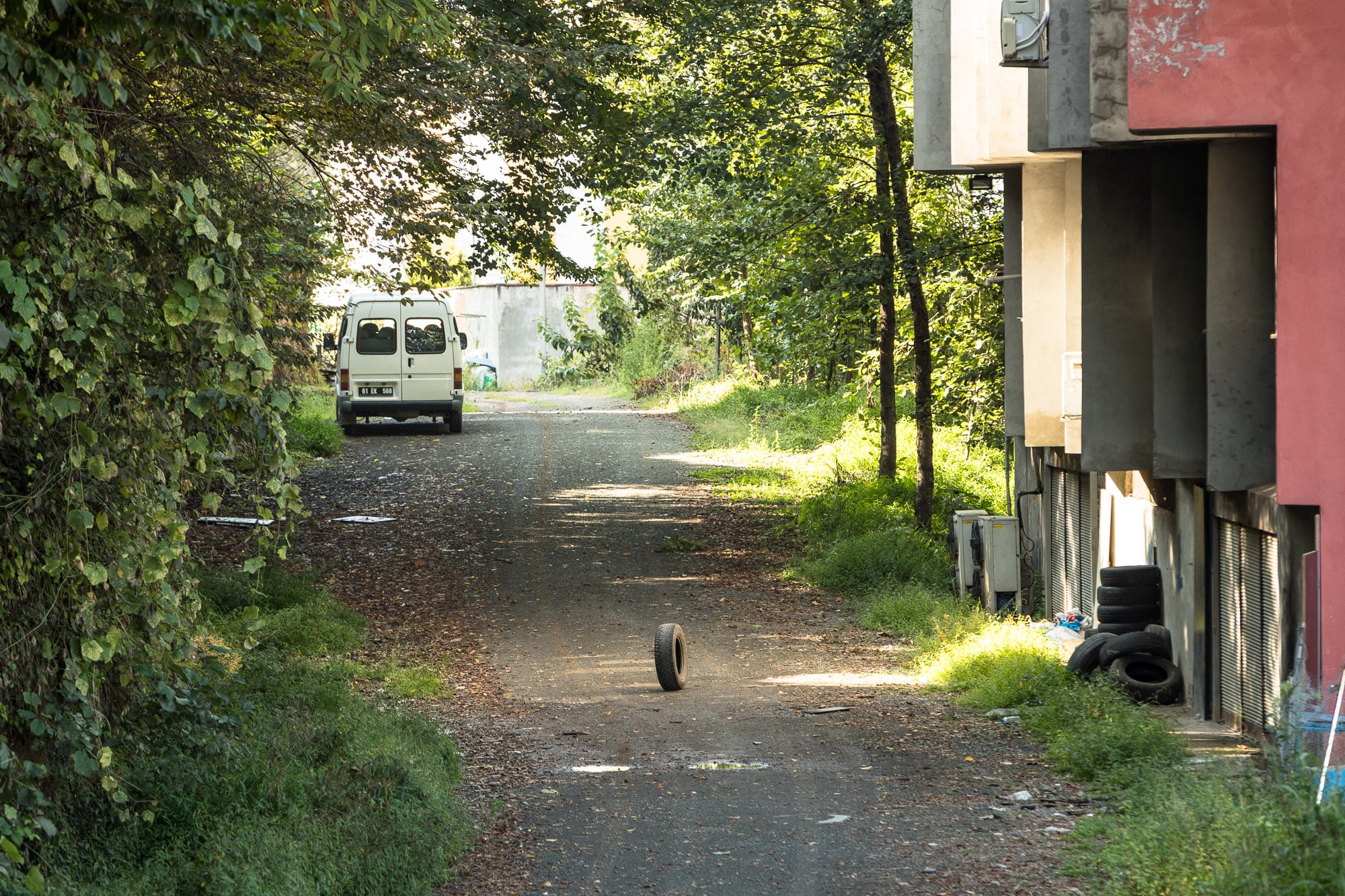 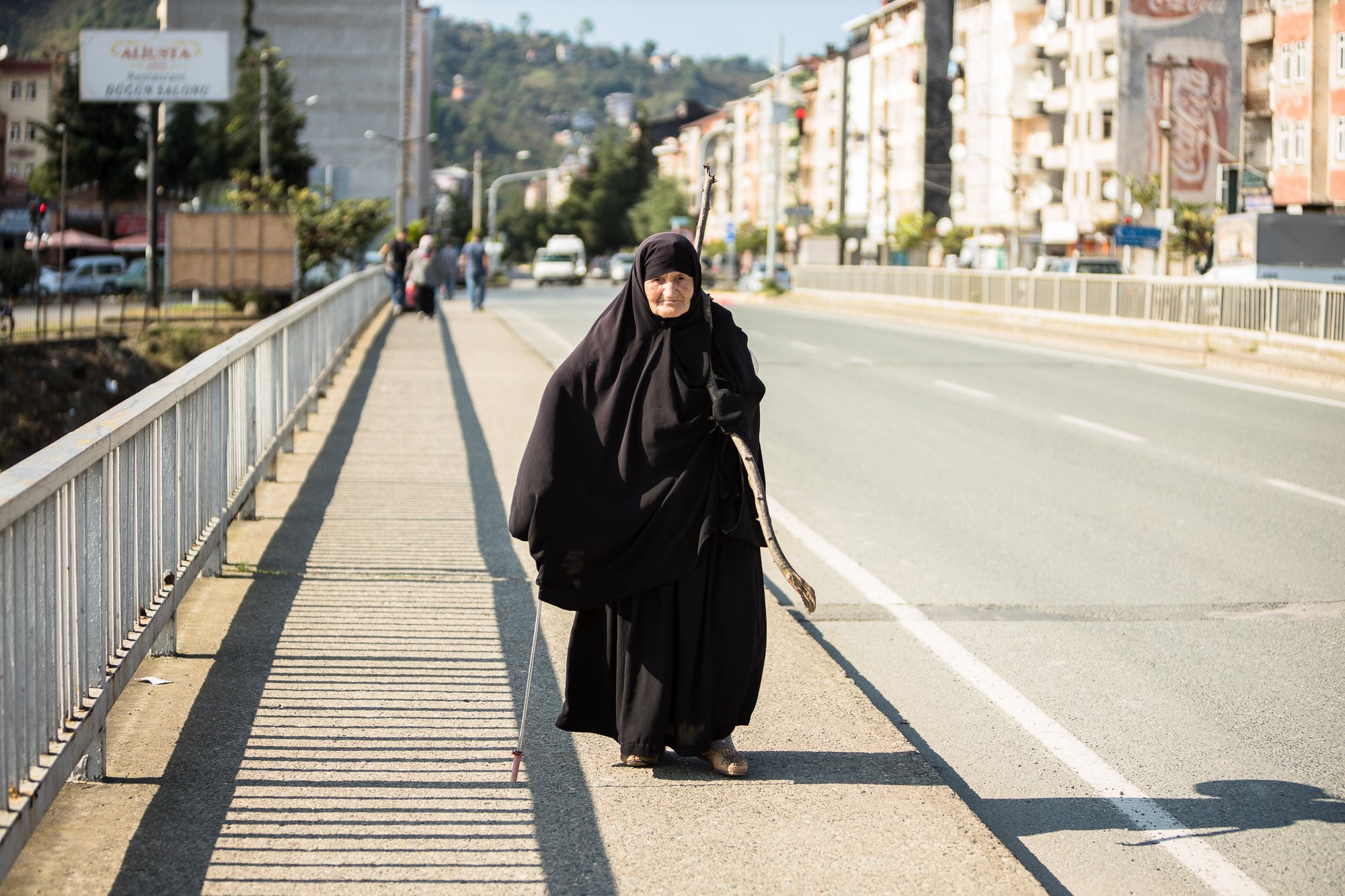 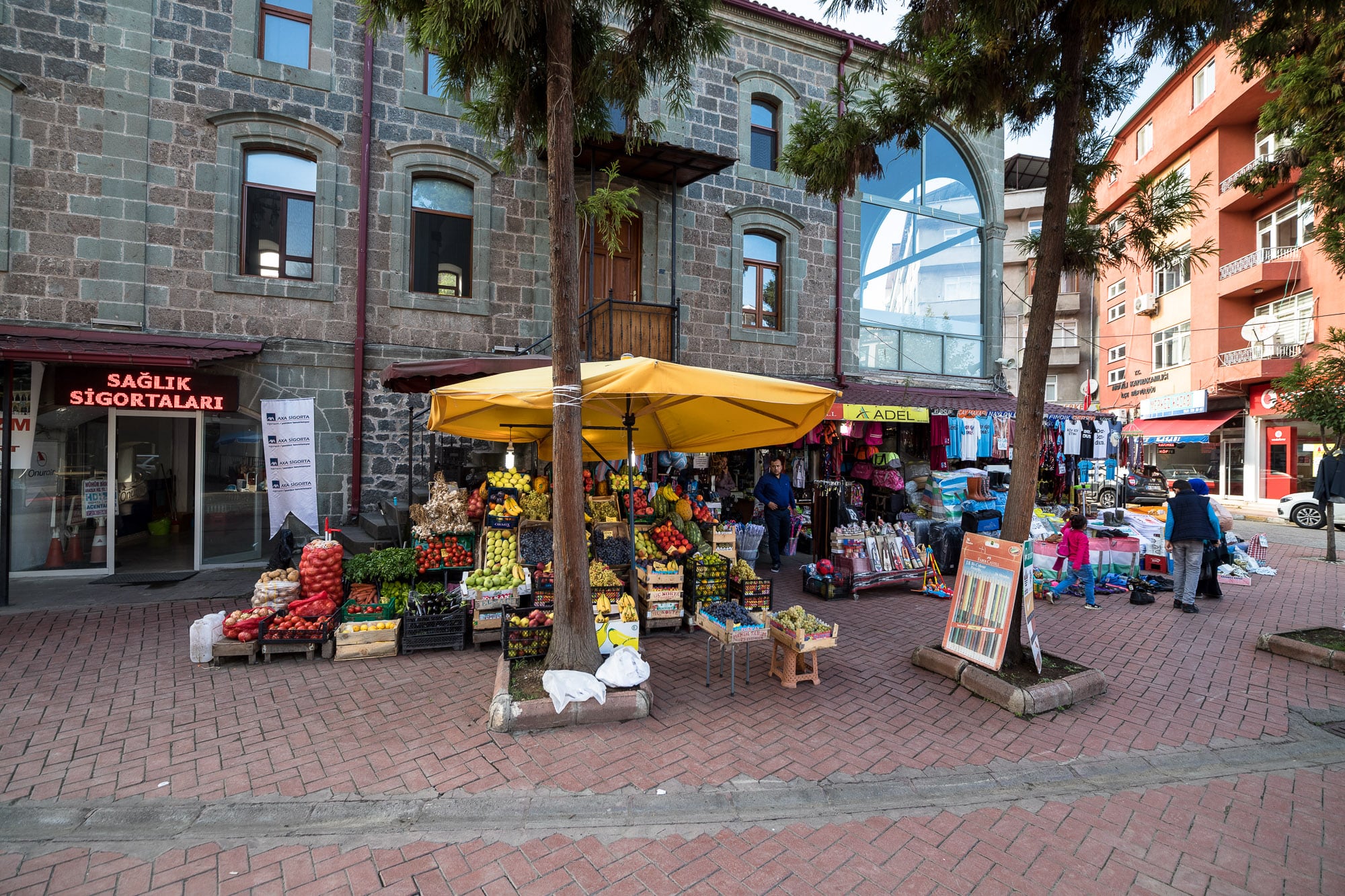 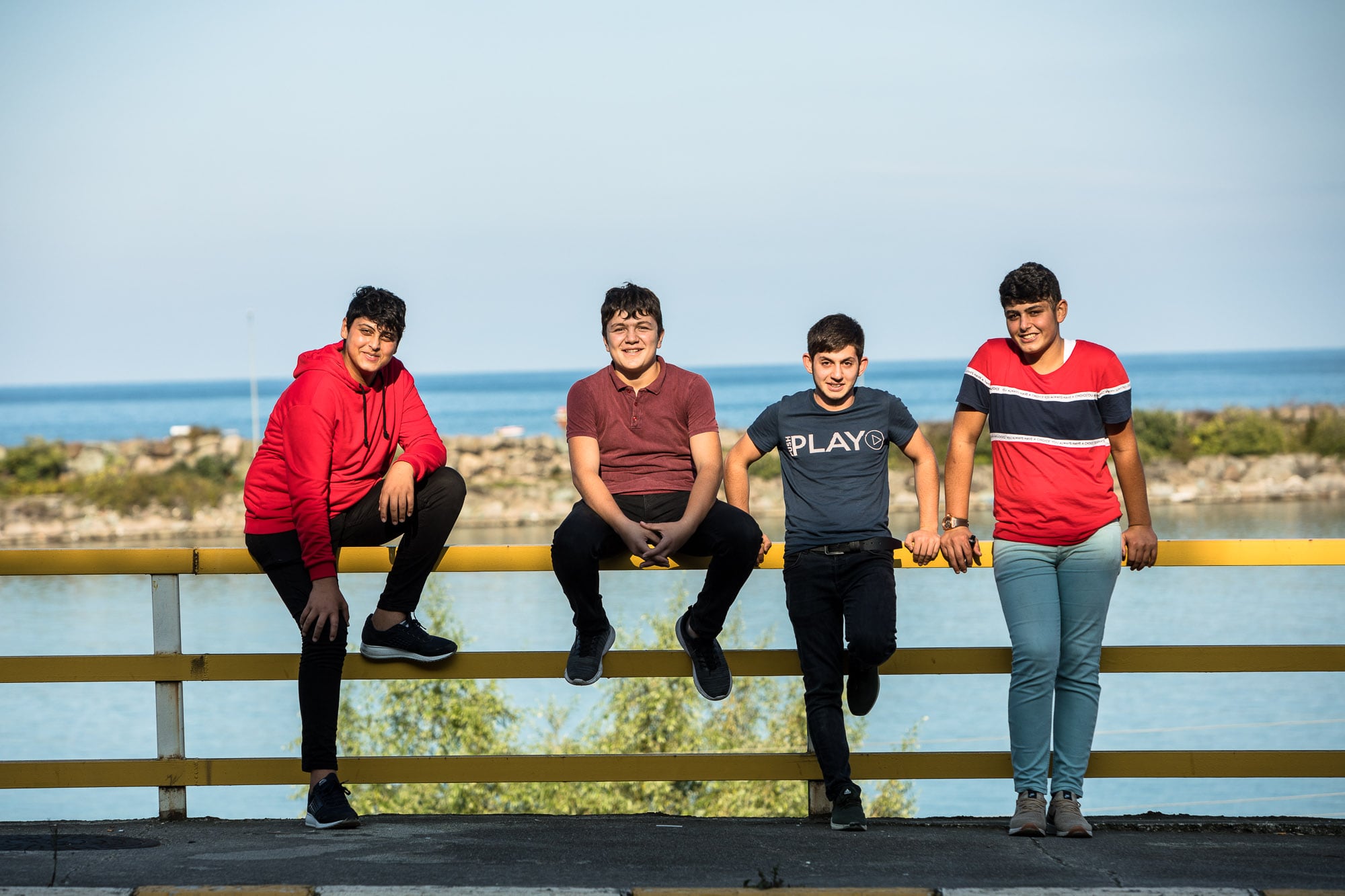 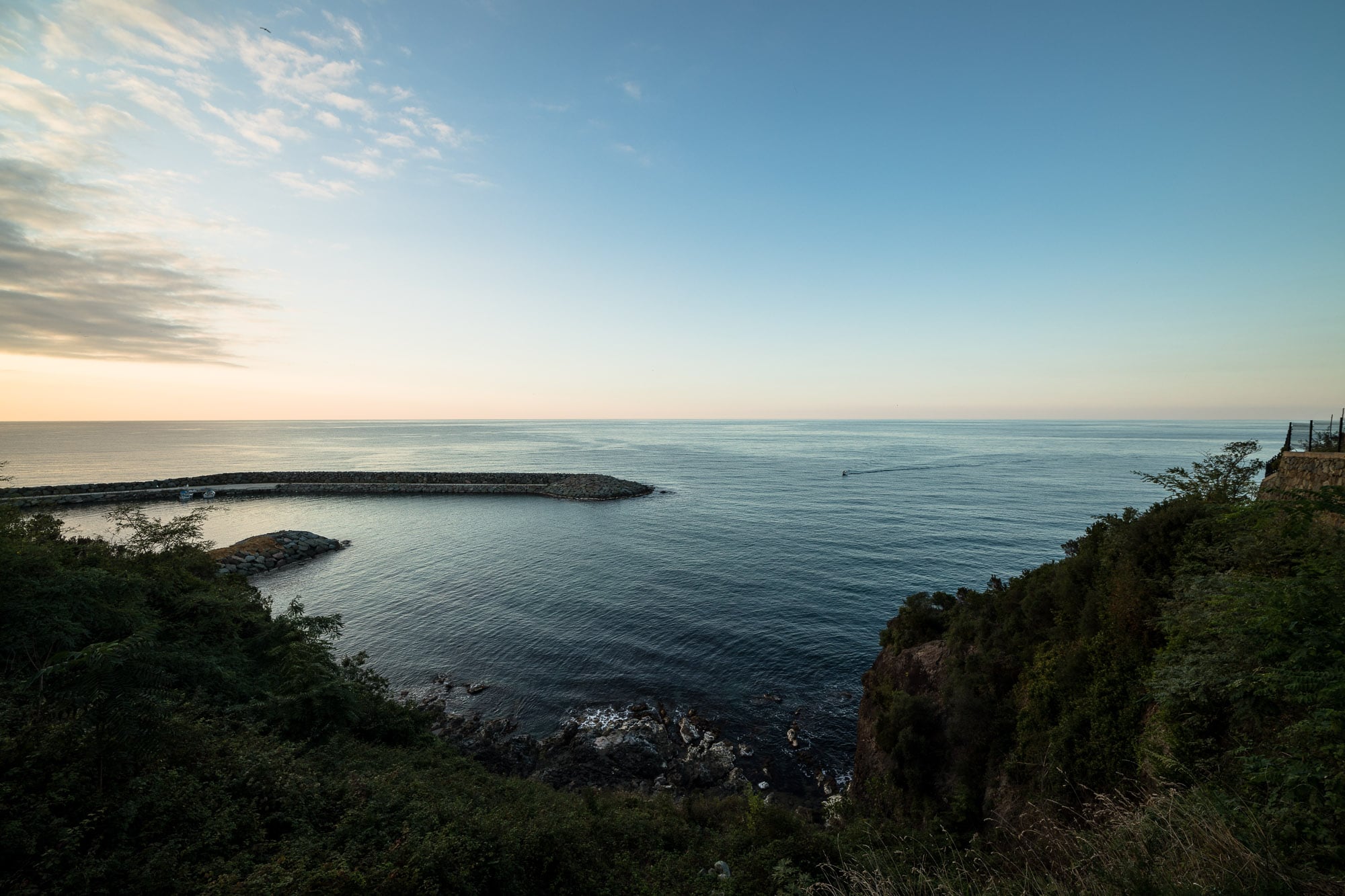 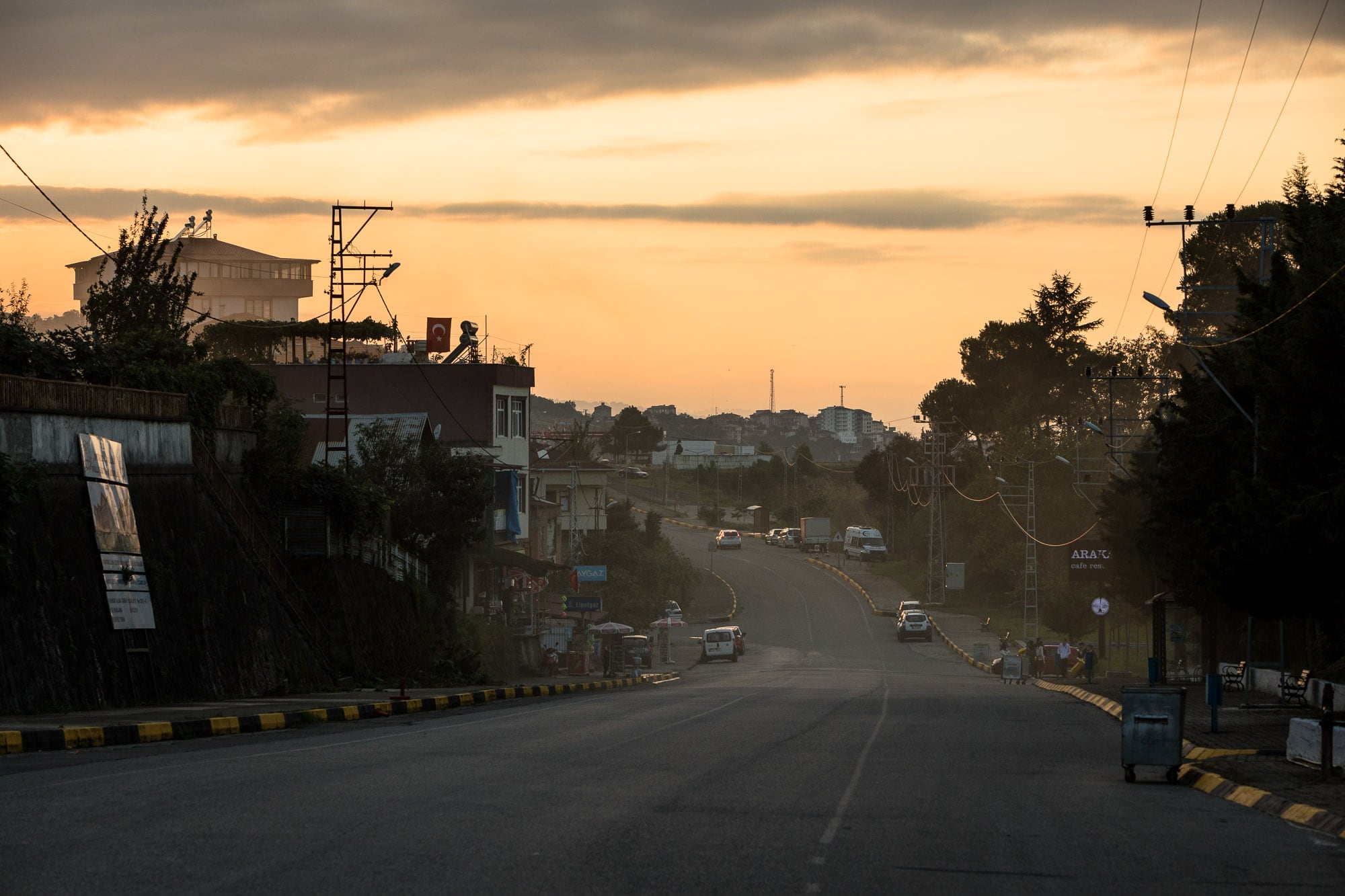 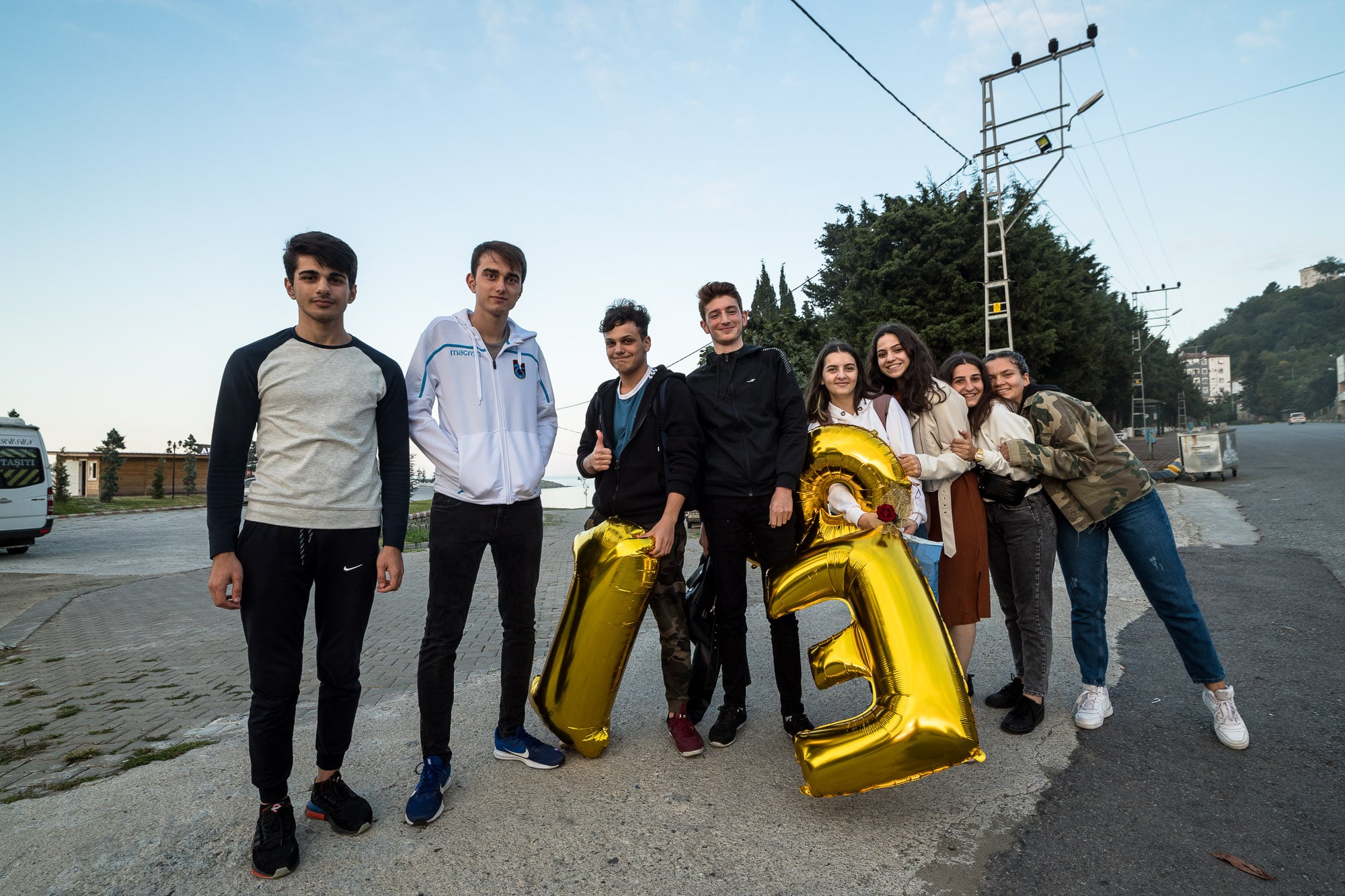 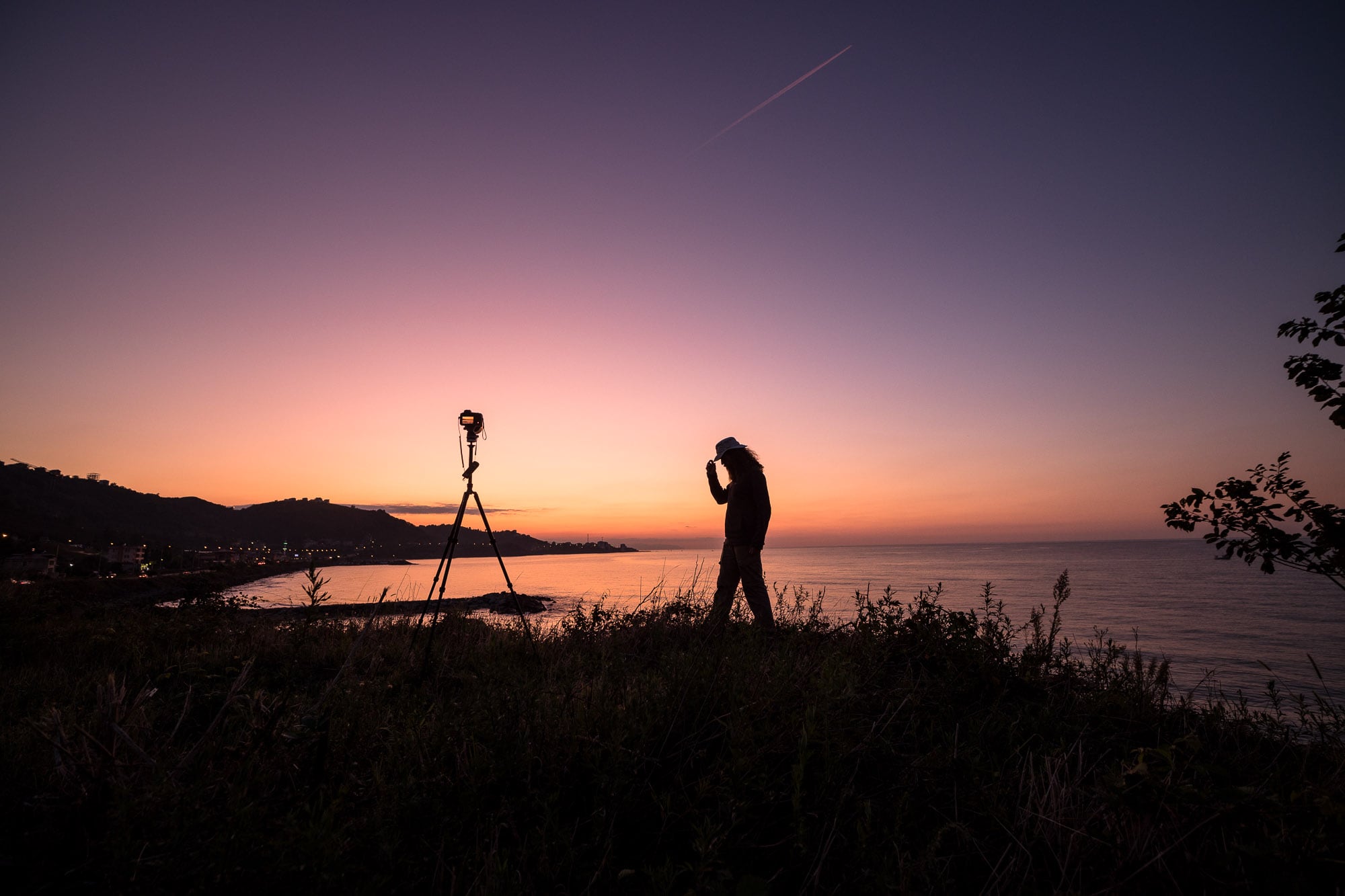 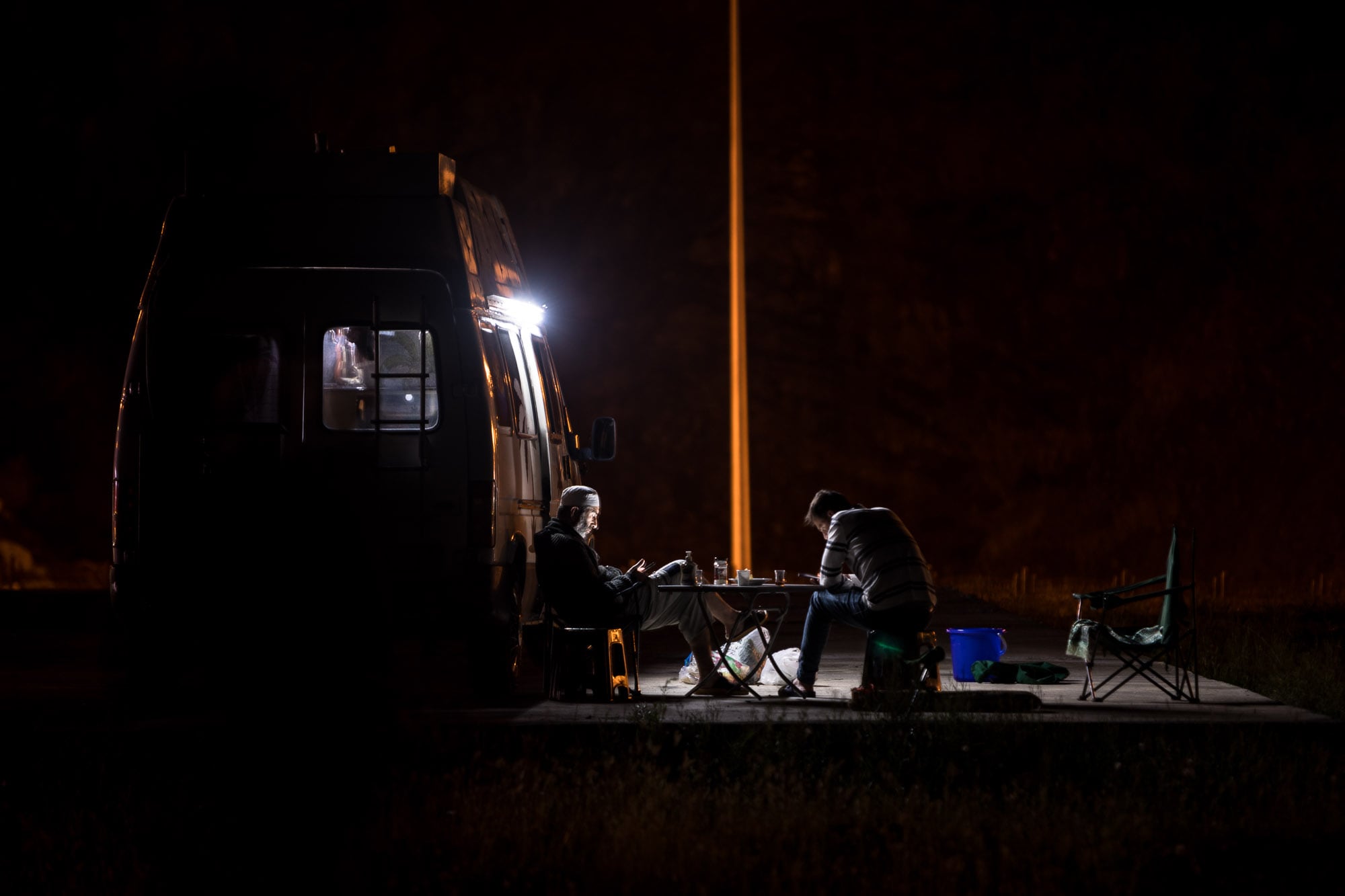 Day 1443
from storehouse to Yesilyali