The good news: My big fat winter sleeping bag was with me, so the night hadn’t been too cold for me. The bad news: everything was wet.

The tent, the sleeping bags, the therma-rest – it was all covered in dew: 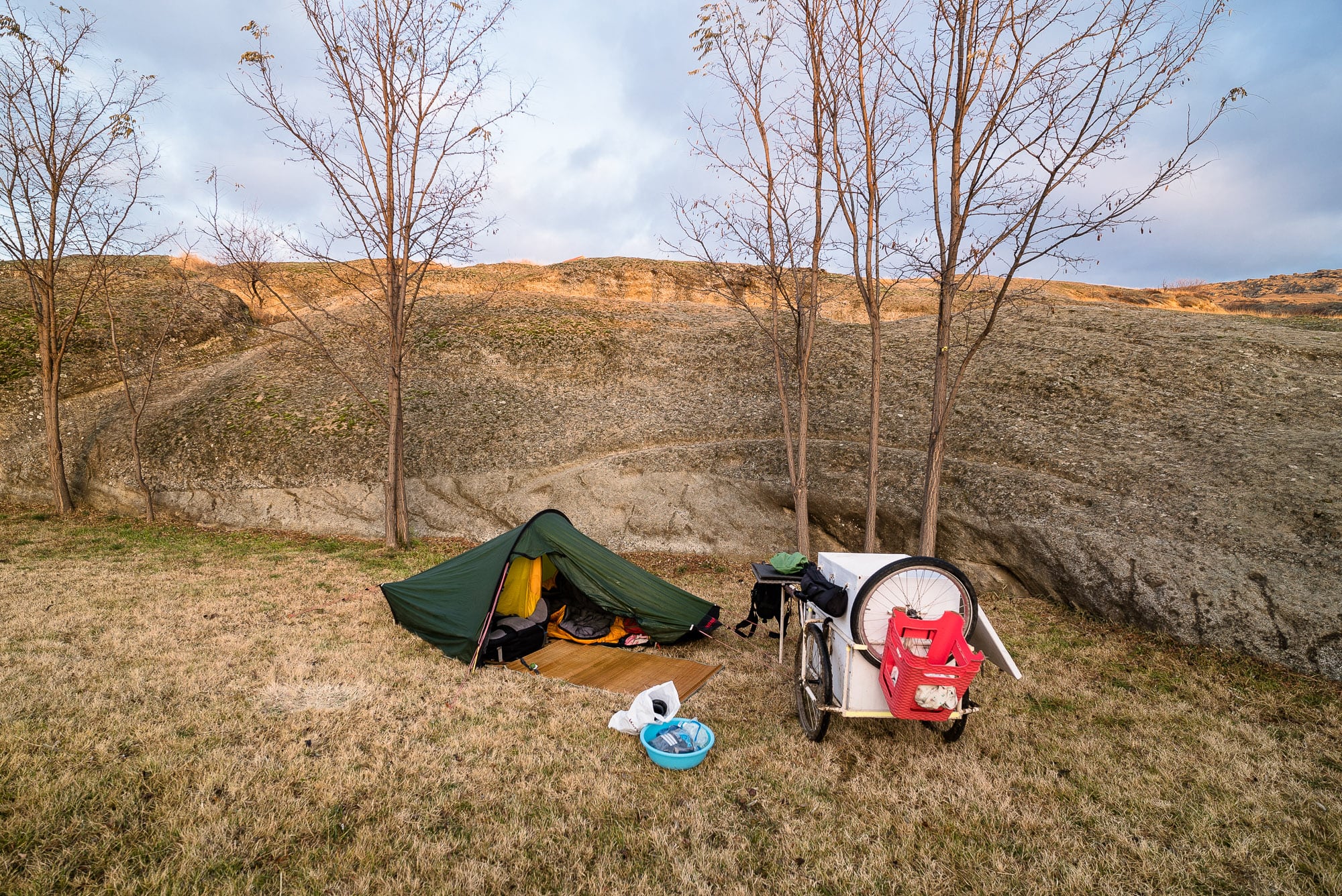 I decided to start the day with some sightseeing. So I bought a ticket for the museum and left the Caboose at the gate. It was an open-air museum with a fantastic view over the river: 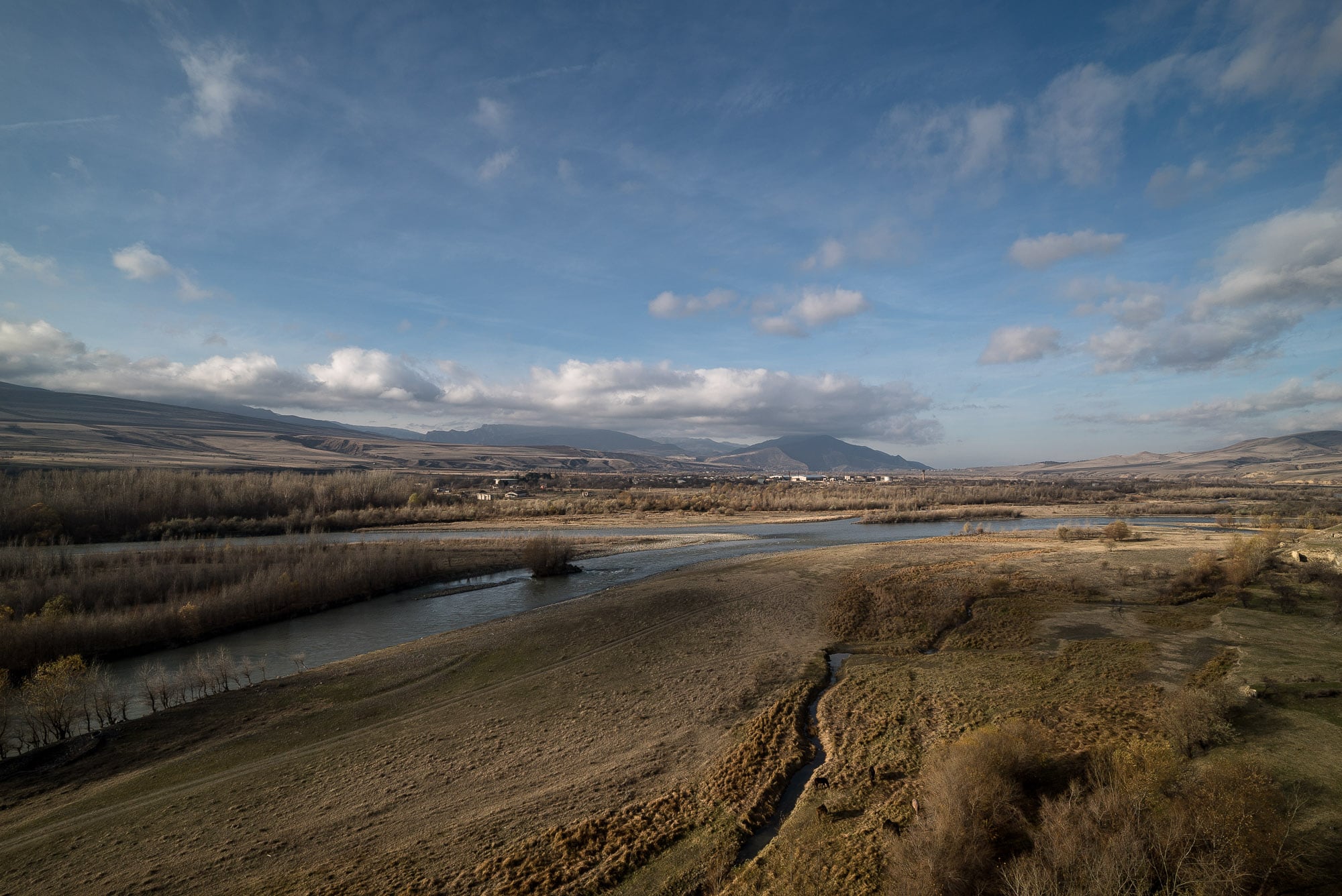 The place was called Uplistsikhe, and it was one of the oldest settlements in the region. Some of the places were literally caves: 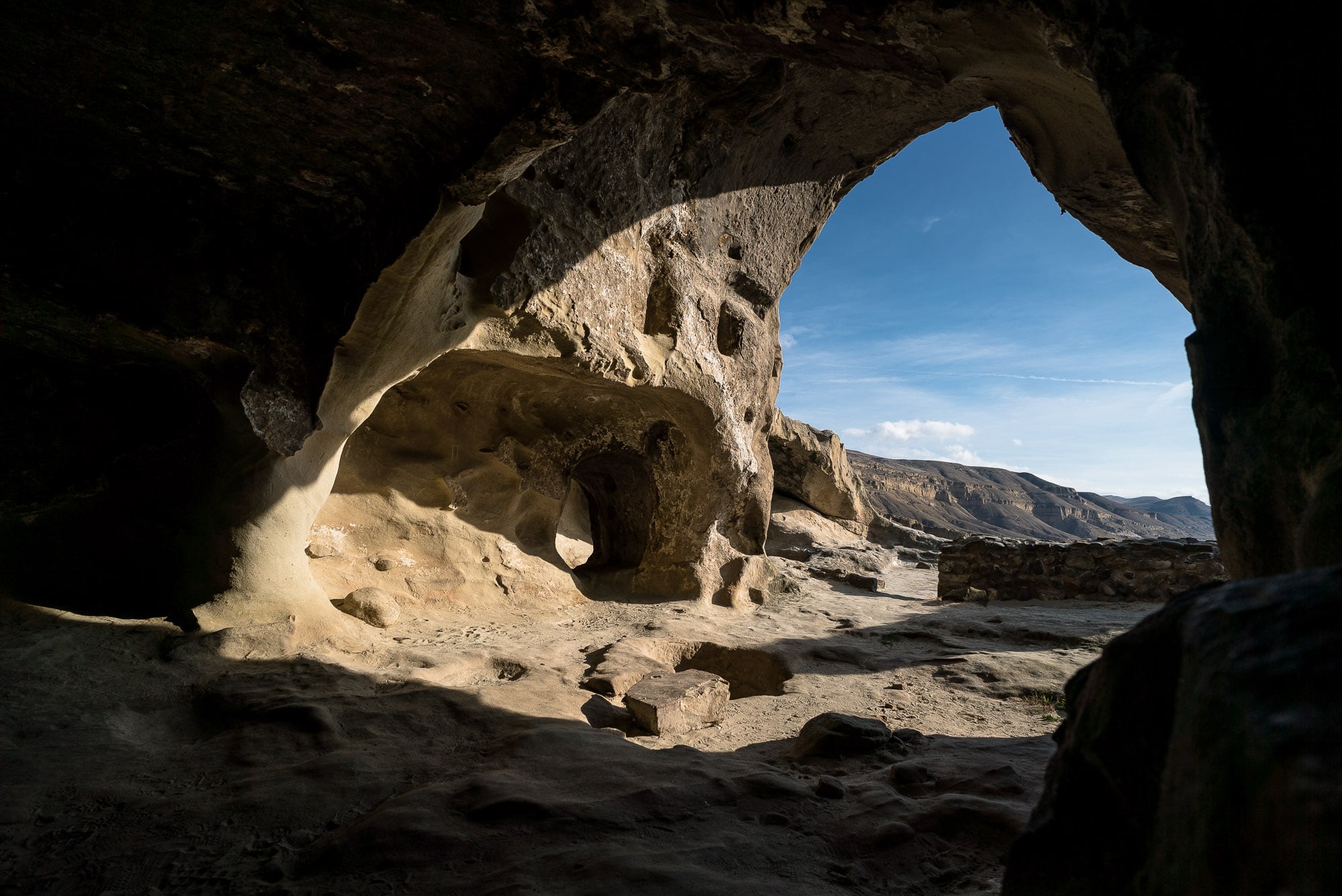 Some others were more advanced, and there was a little church at the top: 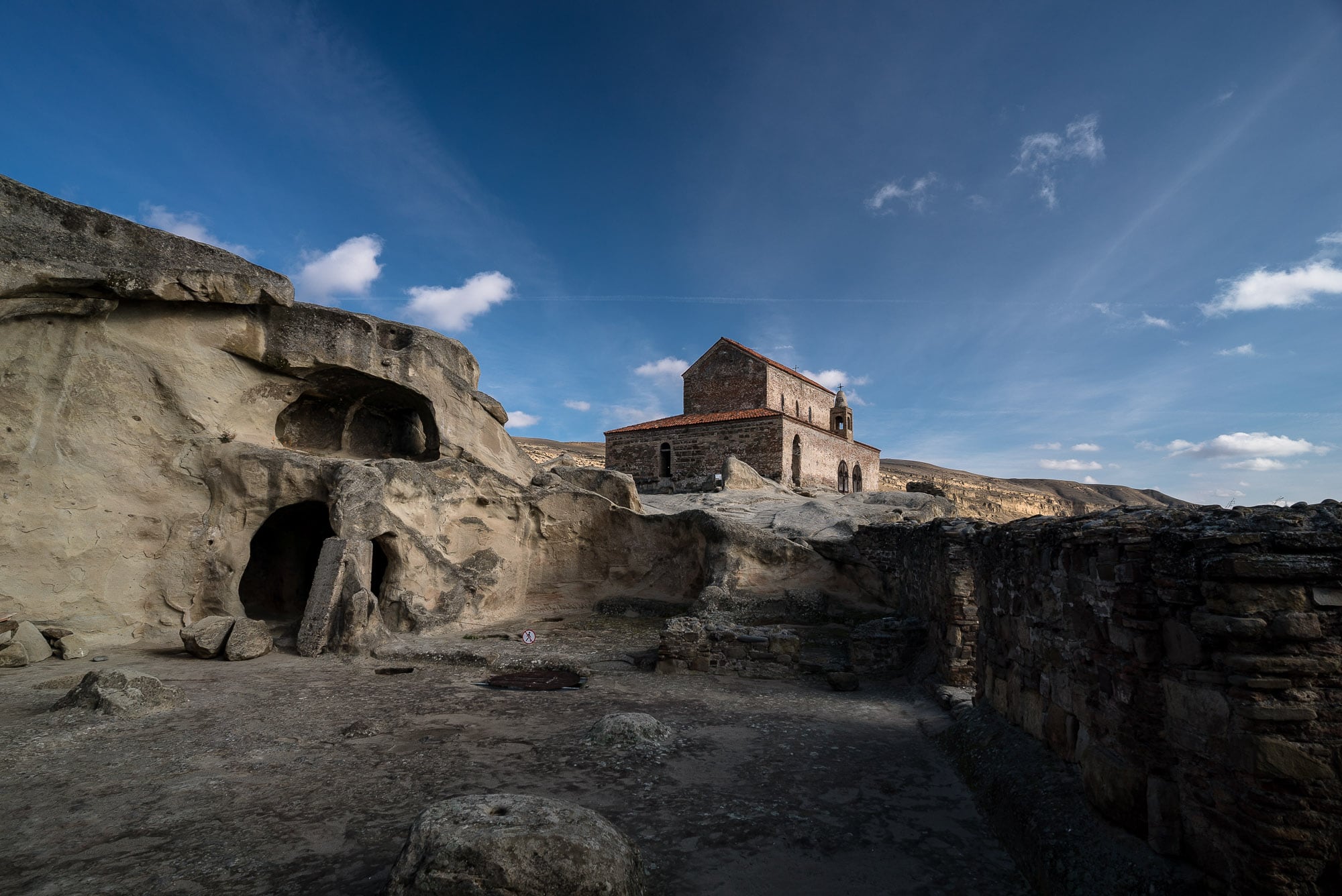 The whole area was very windy, so I sought shelter in the church for a little while: 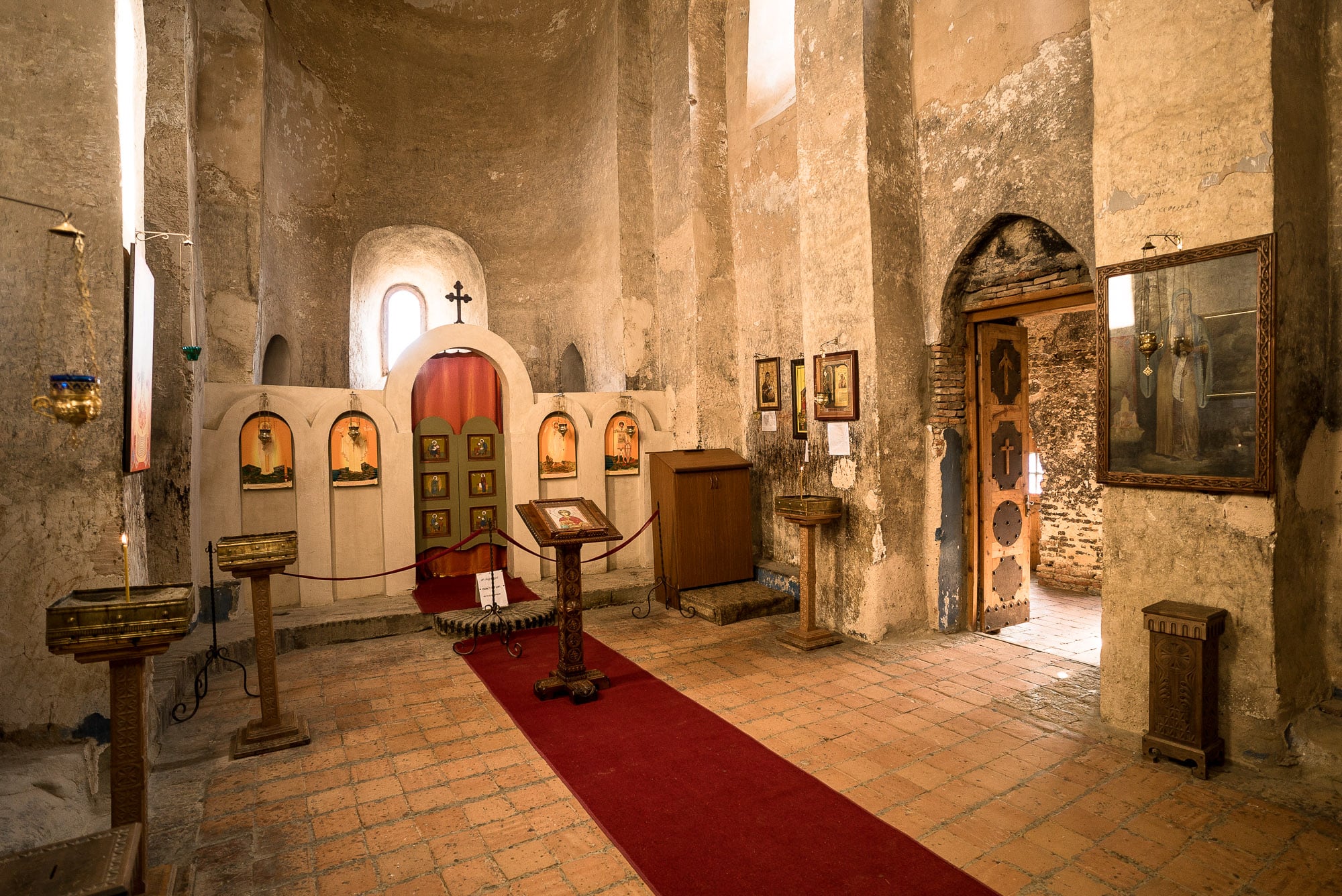 See the walls? How weirdly naked they look compared to the decorum?

Well, I figured that these graffiti could probably provide some clues: 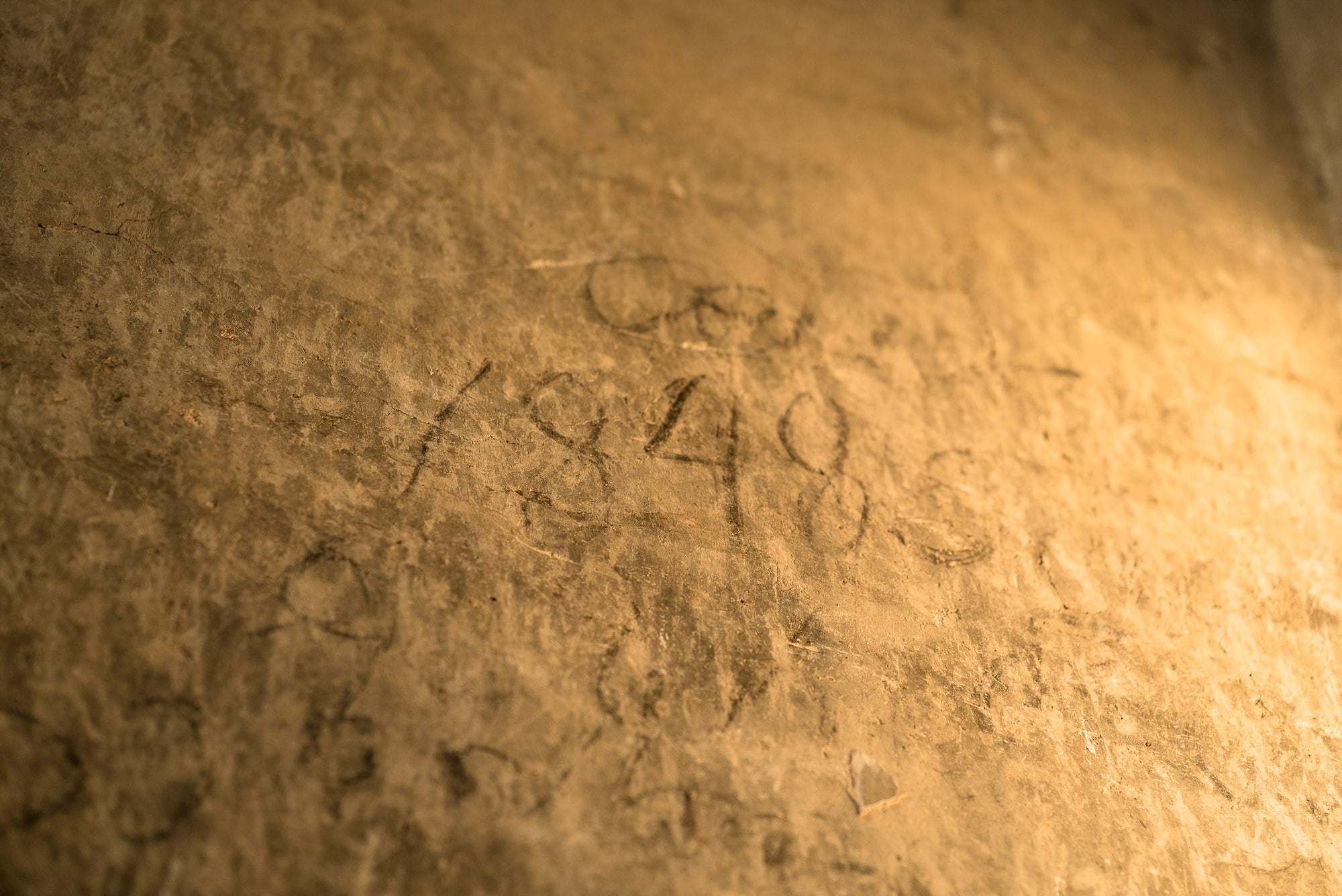 They were from the 19th century, and they were in Russian: 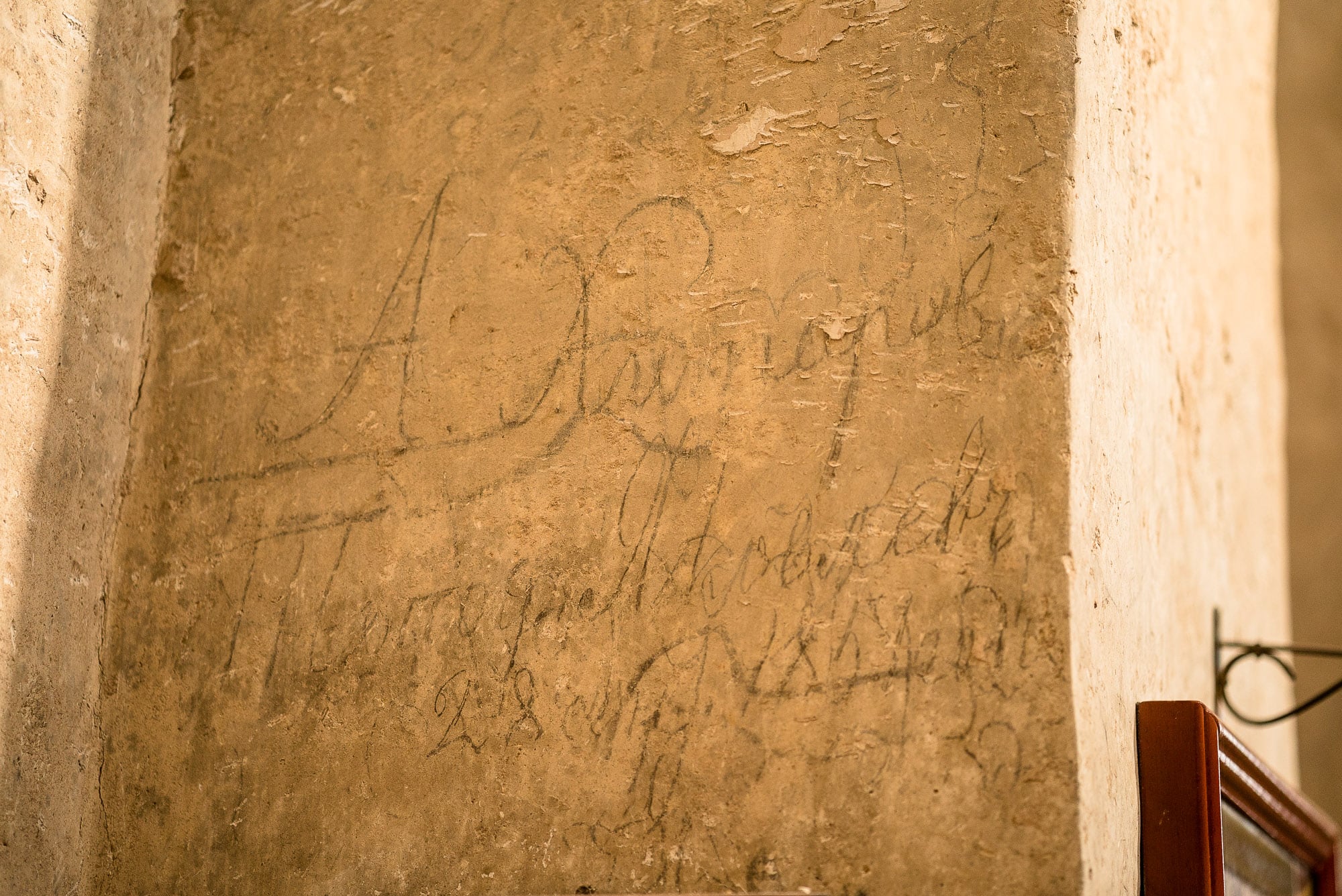 It had always struck me as odd how authors like Lermontov loved to paint the Caucasus as this “romantic” place, when they had actually been there during a time of war (or rather: during a time when they were part of an invasion).

And yet even today Georgia saw lots and lots of Russian tourism. Not that there was anything wrong with tourism.

The churches and the crosses still stood there: 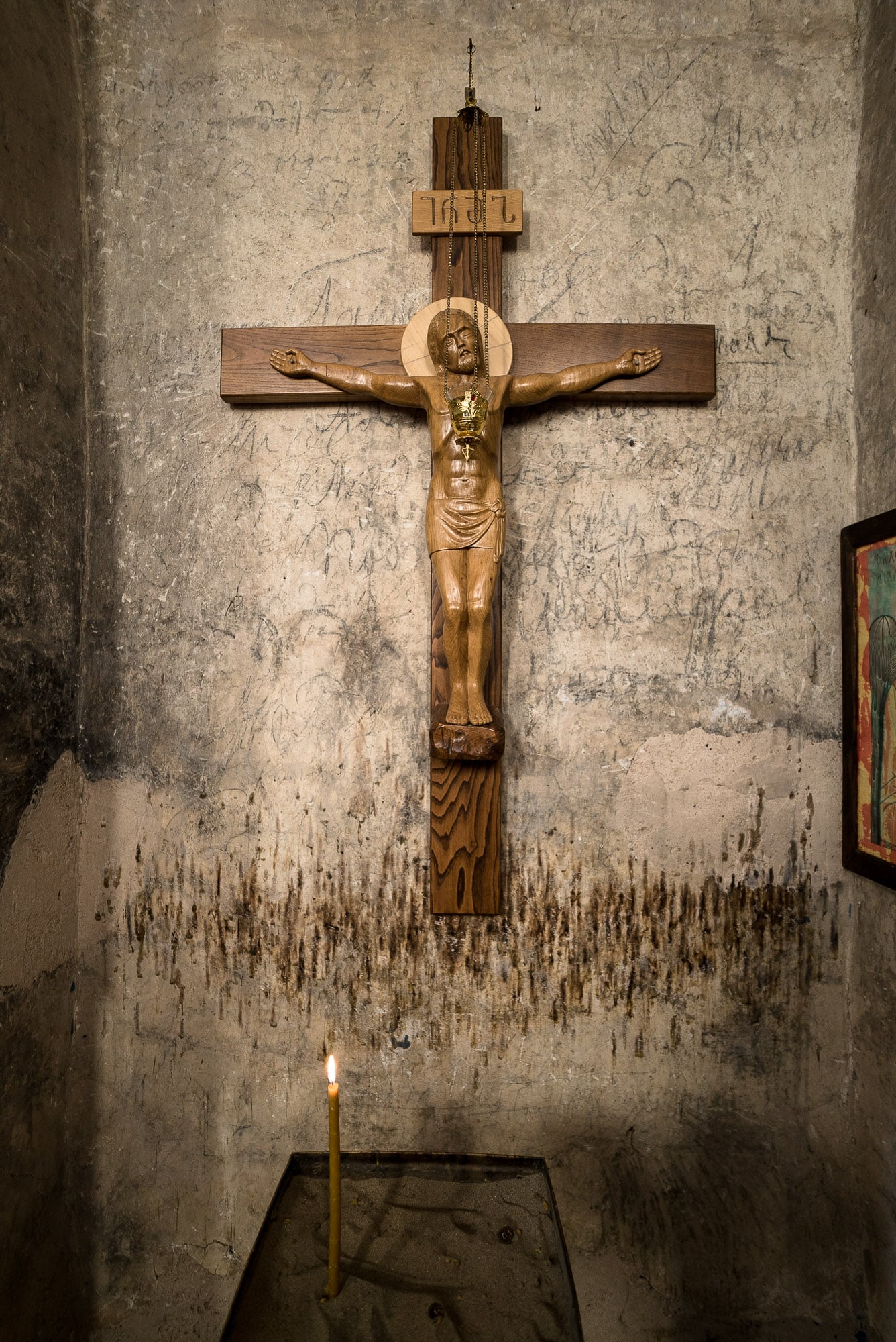 And so did the donkeys: 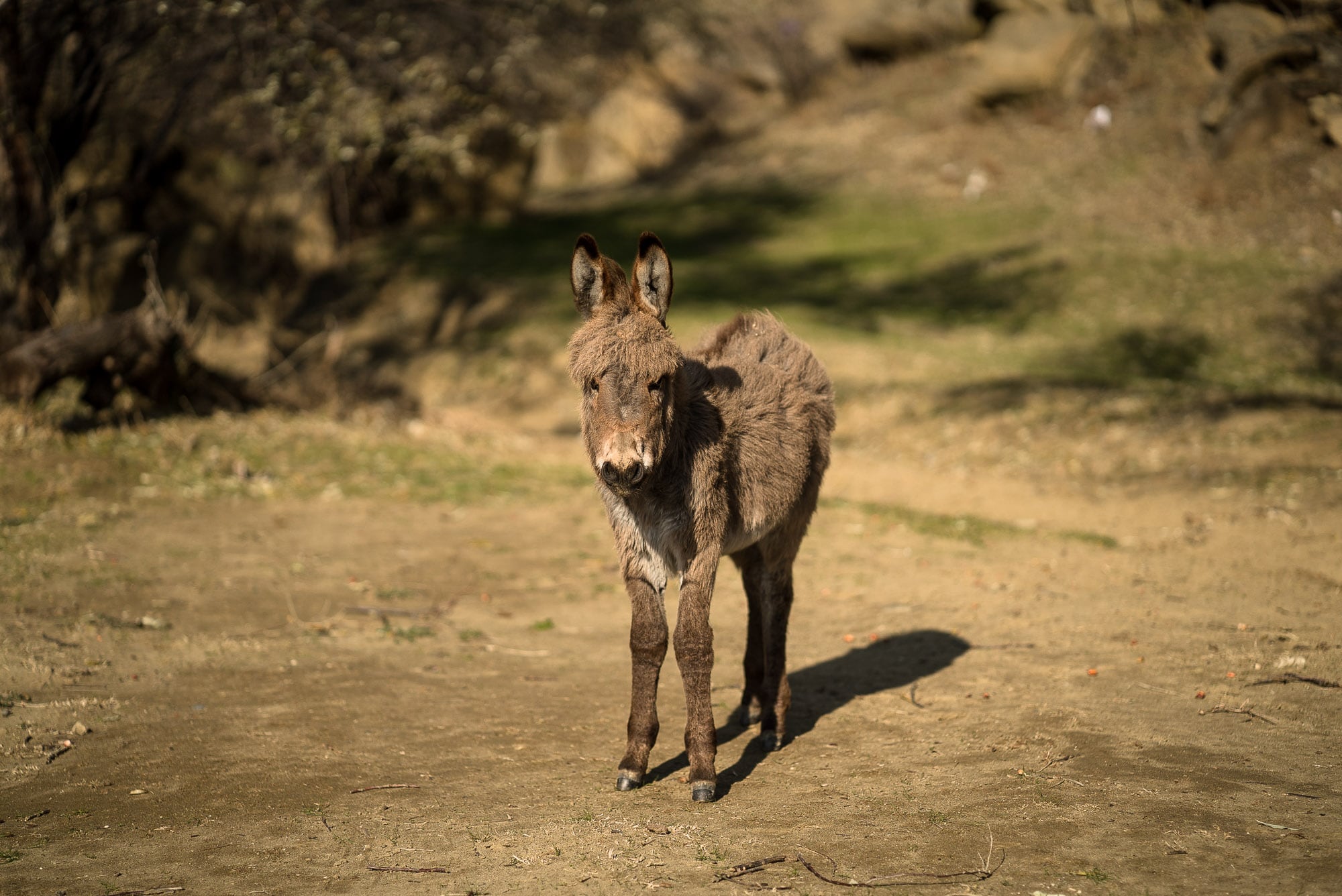 I don’t know much Georgian. Madloba means “thank you”. But one word that I find particularly awesome and thus important in the Georgian language is viruka. It means “little donkey”.

Is it possible to have a favorite word while not knowing any other words? Like, if you have never eaten any fruit besides apples, are you allowed to call apples your favorite fruit?

Anyway, I left Uptlistsikhe in the early afternoon, when the cliffs still looked warm and friendly: 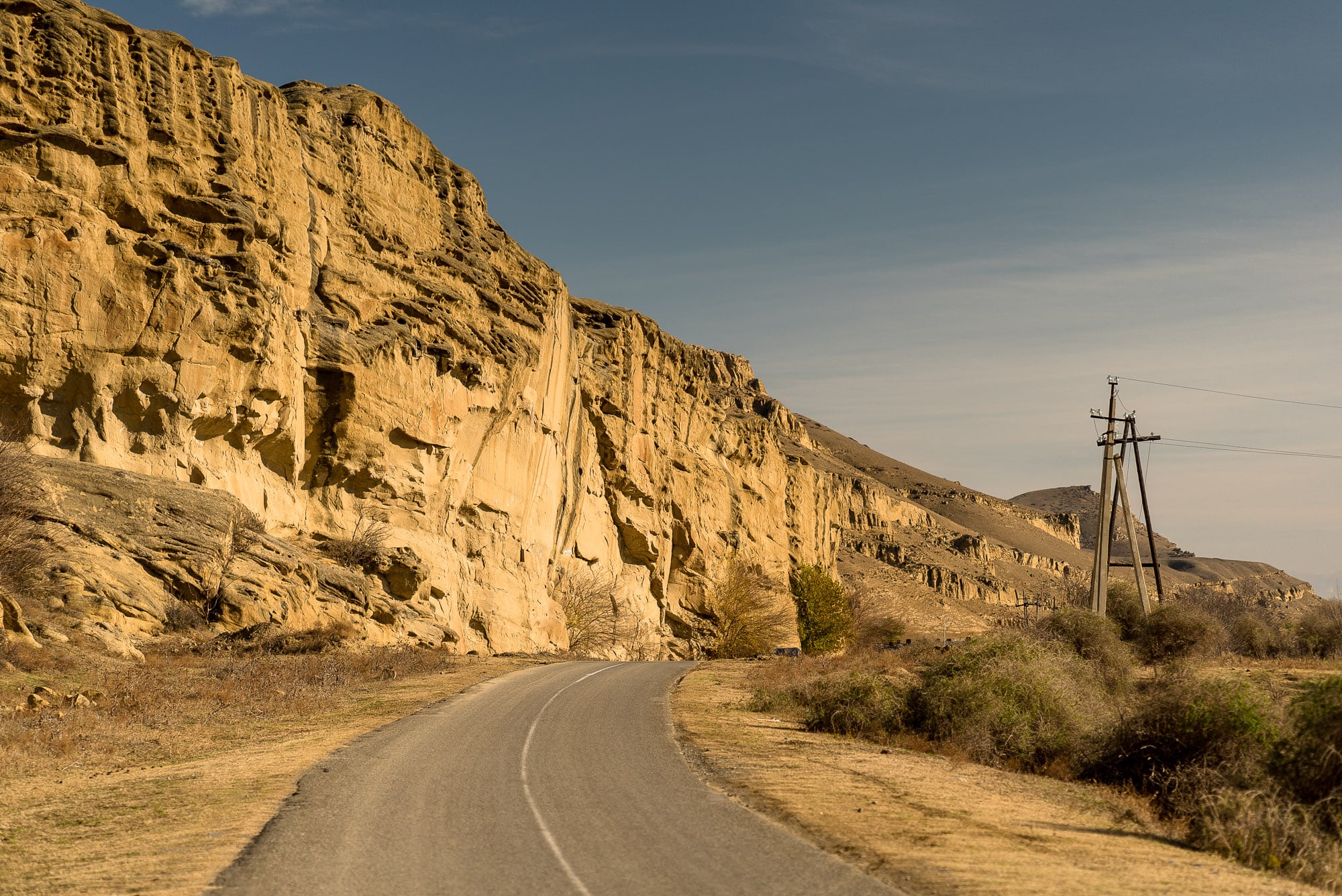 Then I walked on the cold road for a while: 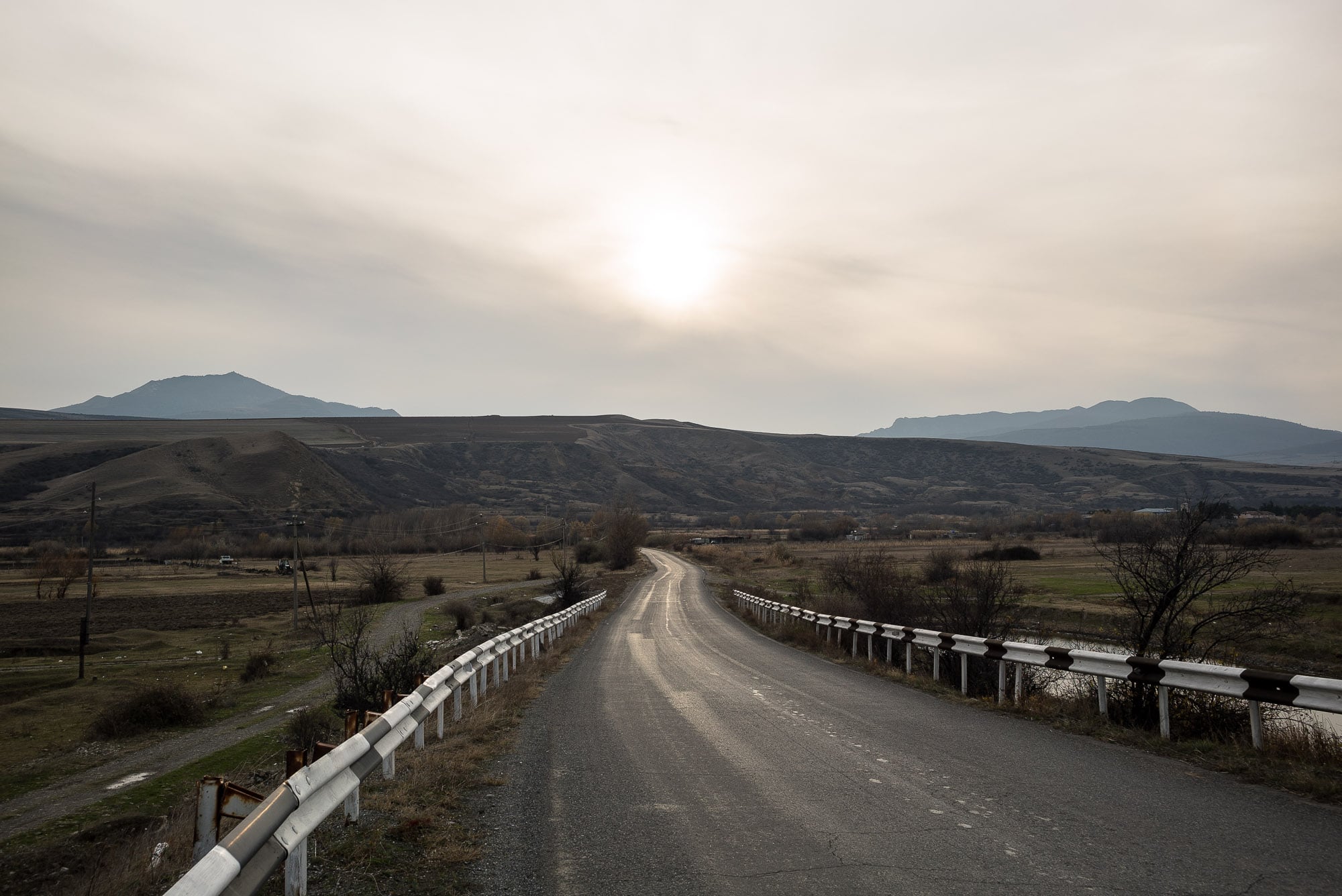 And then, when it was just getting dark, I saw Gori in the distance: 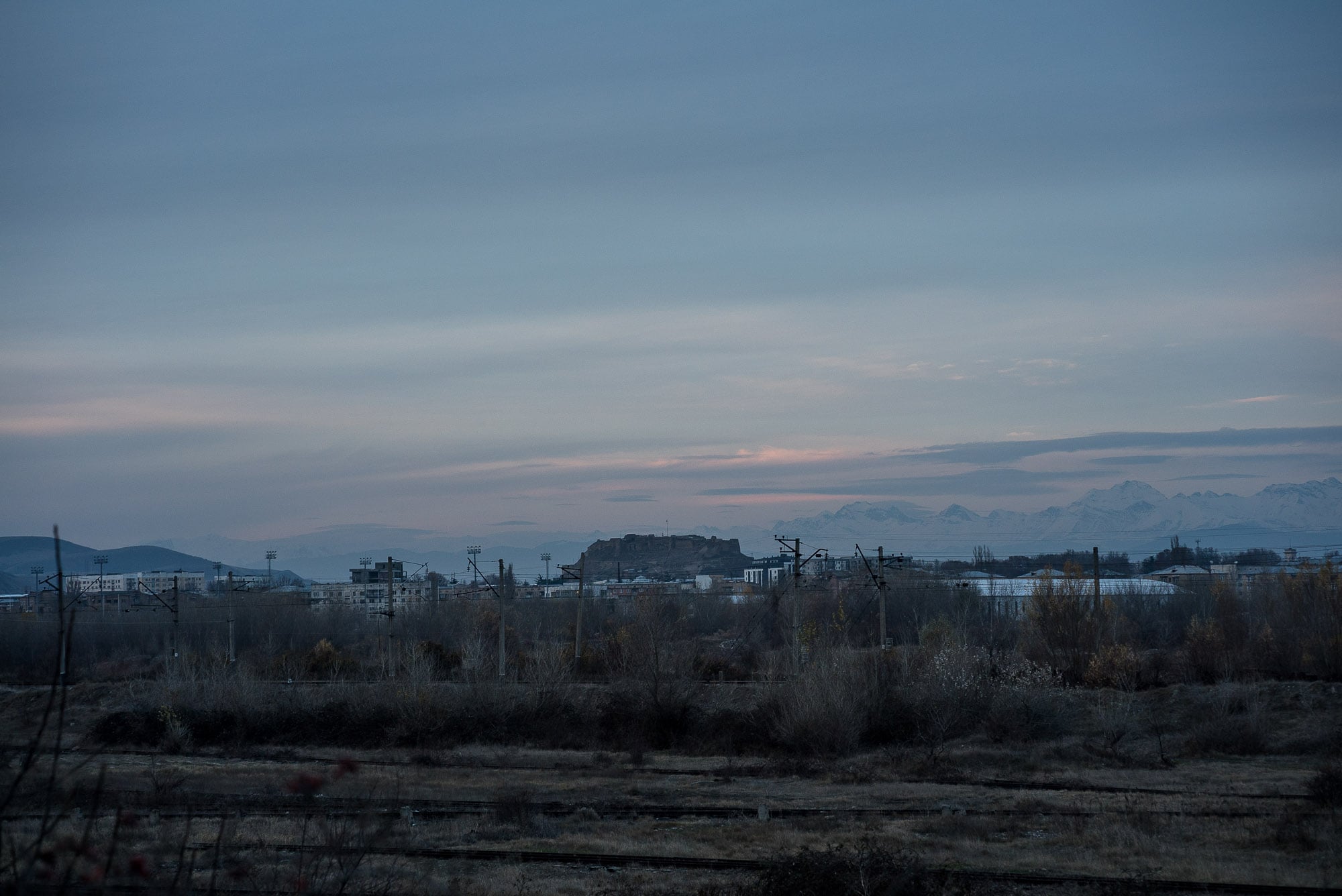 Gori, the birthplace of Stalin.

There was a sign marking the city limits, and on the sign there was a little sticker that said RUSSIA IS AN OCCUPANT, in Russian: 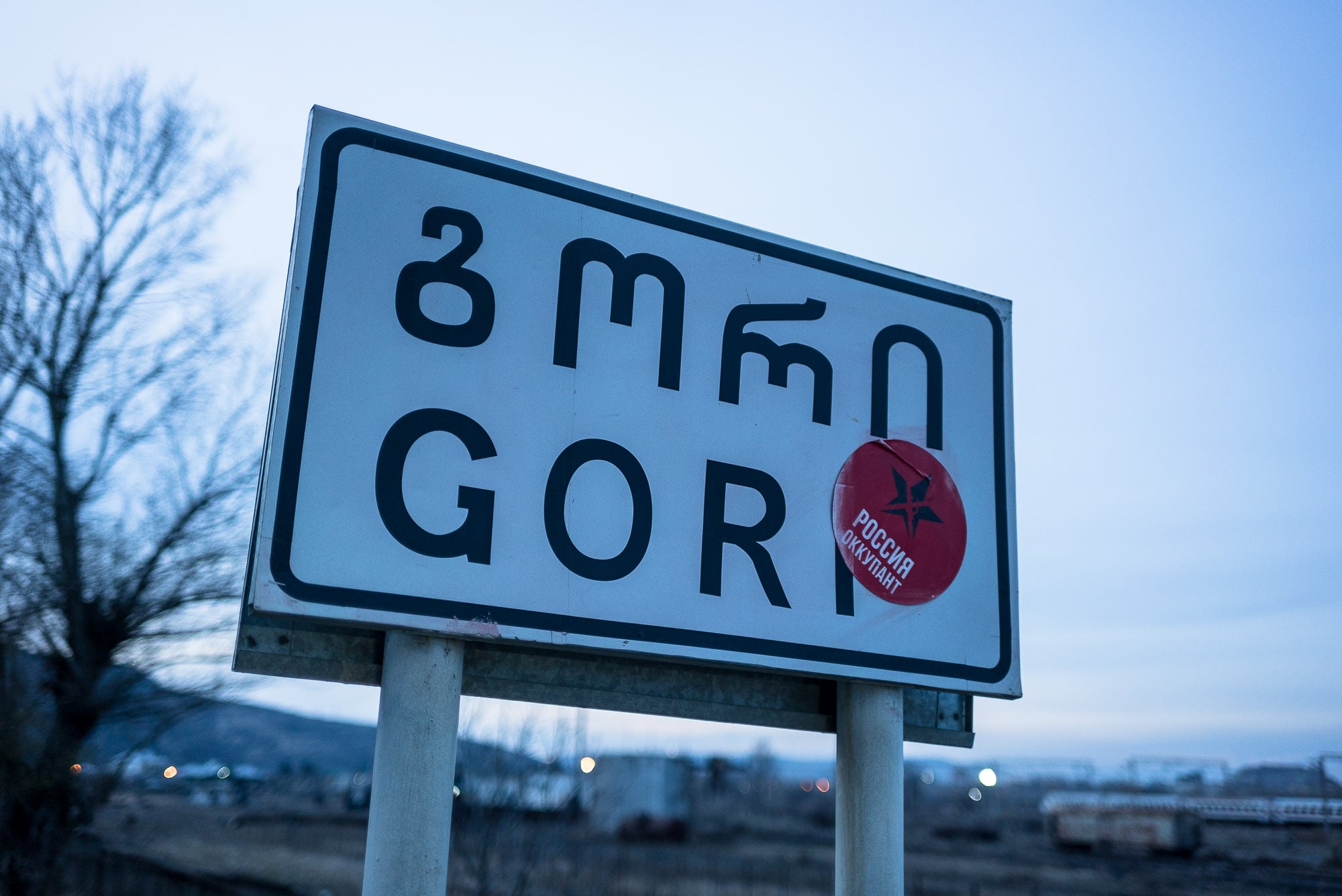 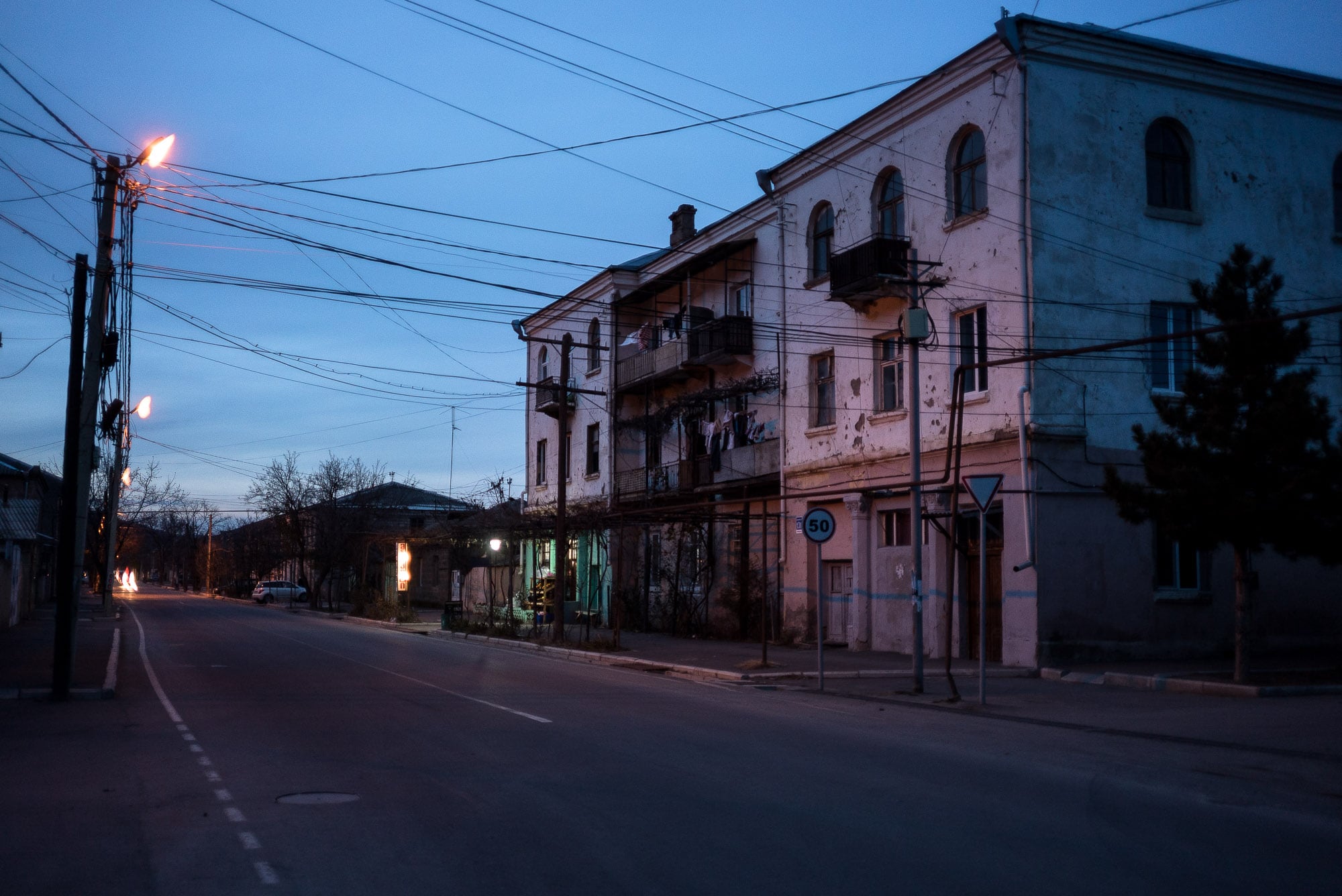 Bright lights were glowing behind a row of khrushchyovka-style buildings: 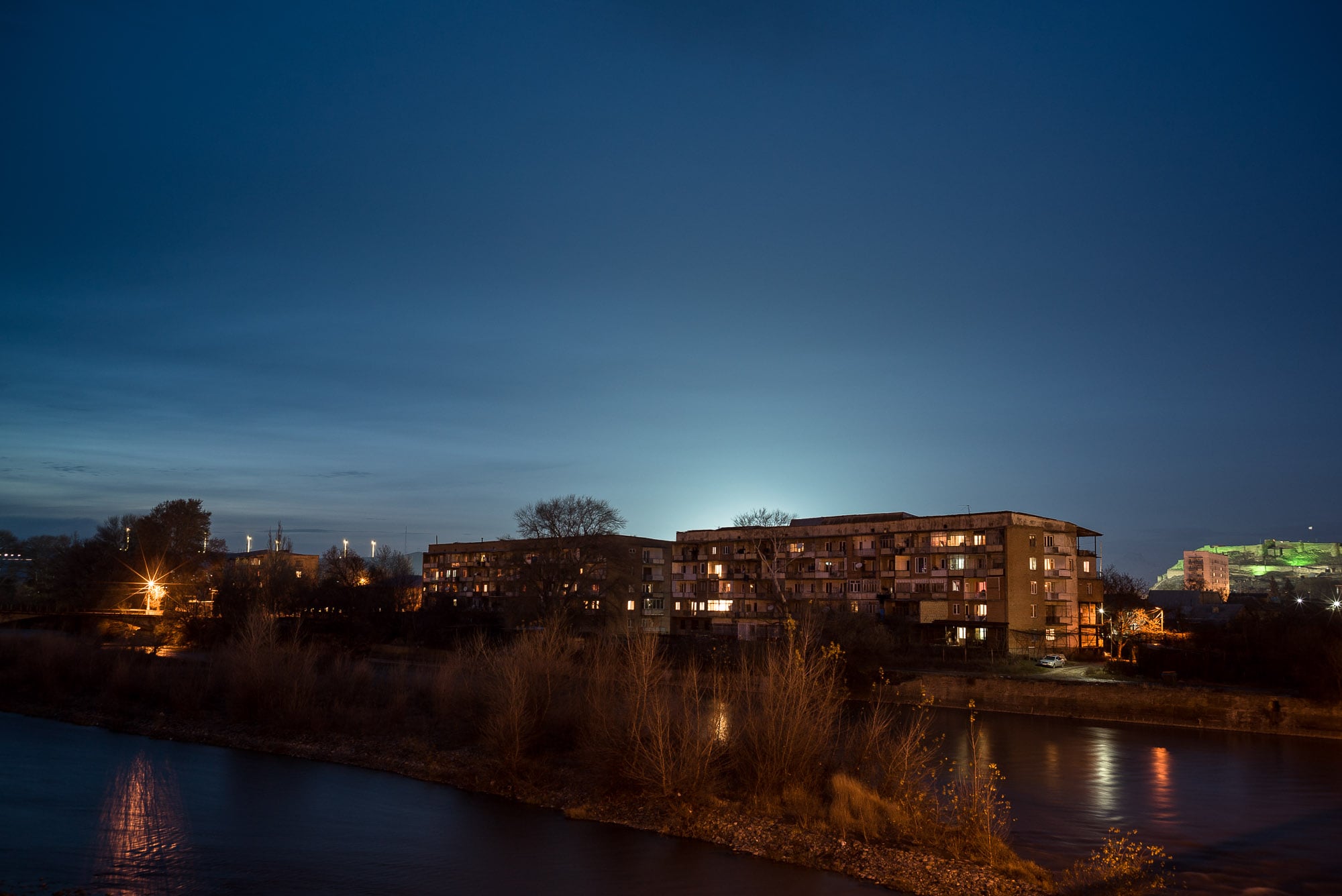 They were illuminating a football match.

Day 1314
from Uplistsikhe to Gori