The world was still wet, but at least it had stopped raining. So I said goodbye to one of my favorite churches ever and got on the road: 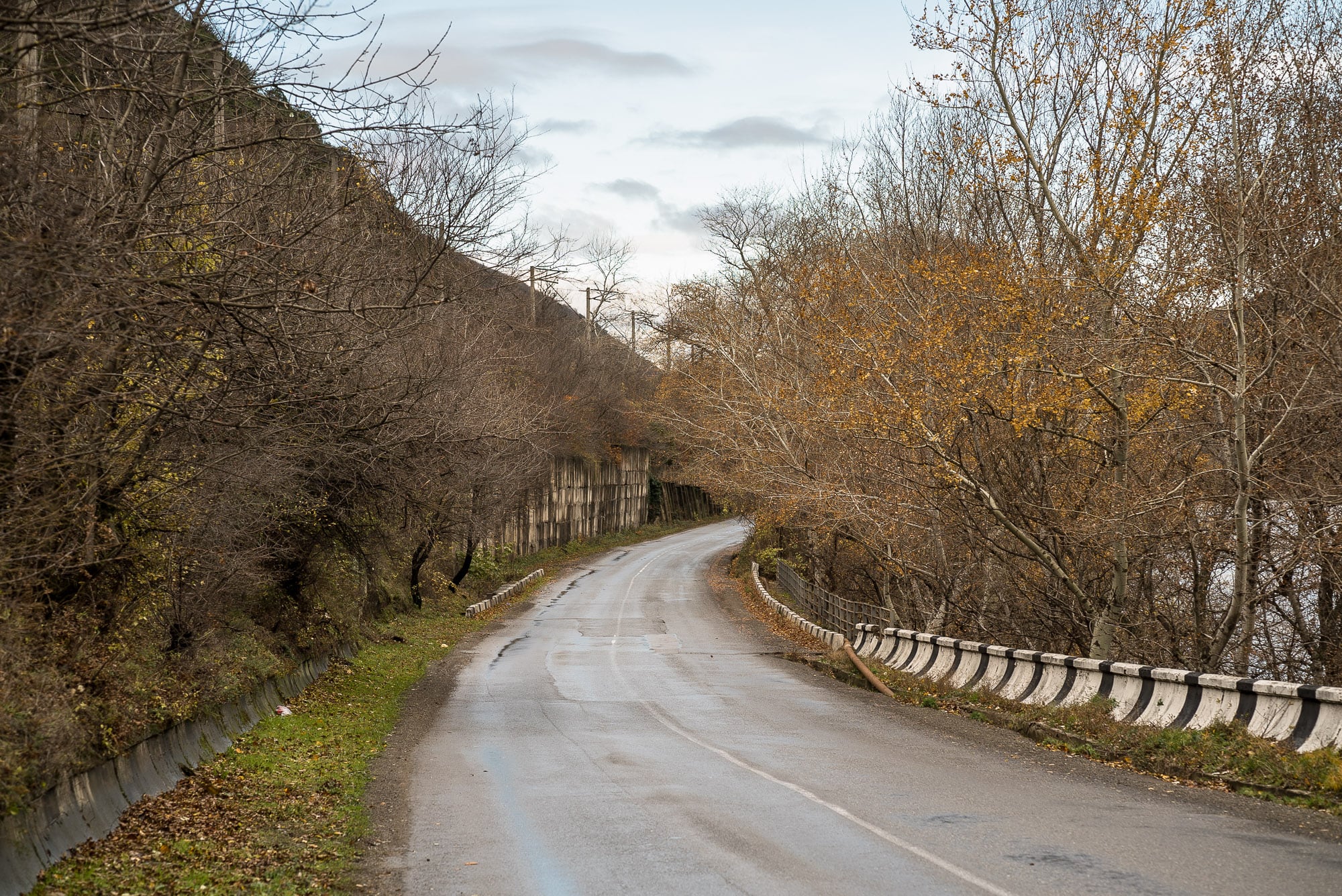 It was quiet. There was hardly any traffic. There were hardly any people. Even the villages seemed empty: 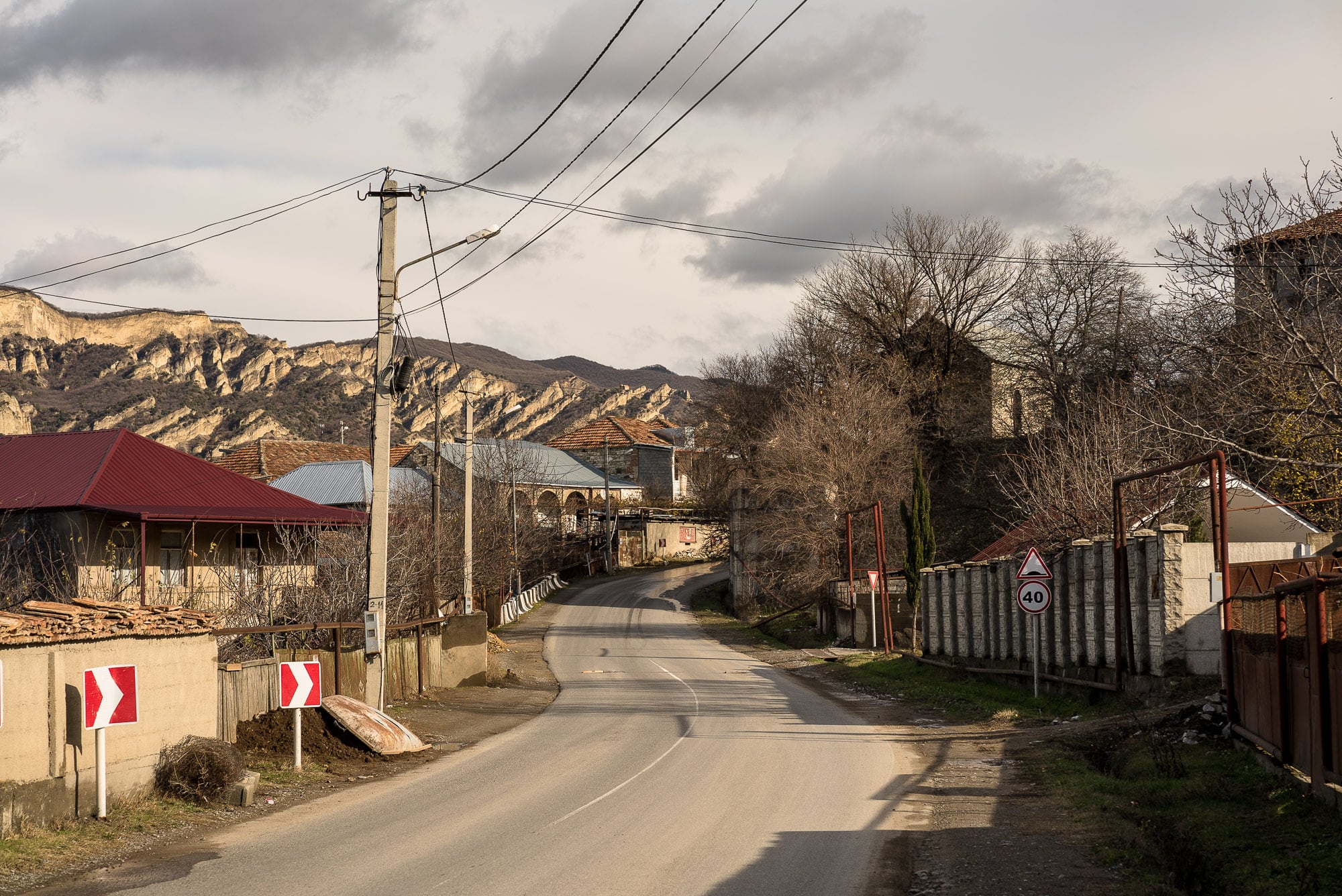 Once I saw a cross by the roadside: 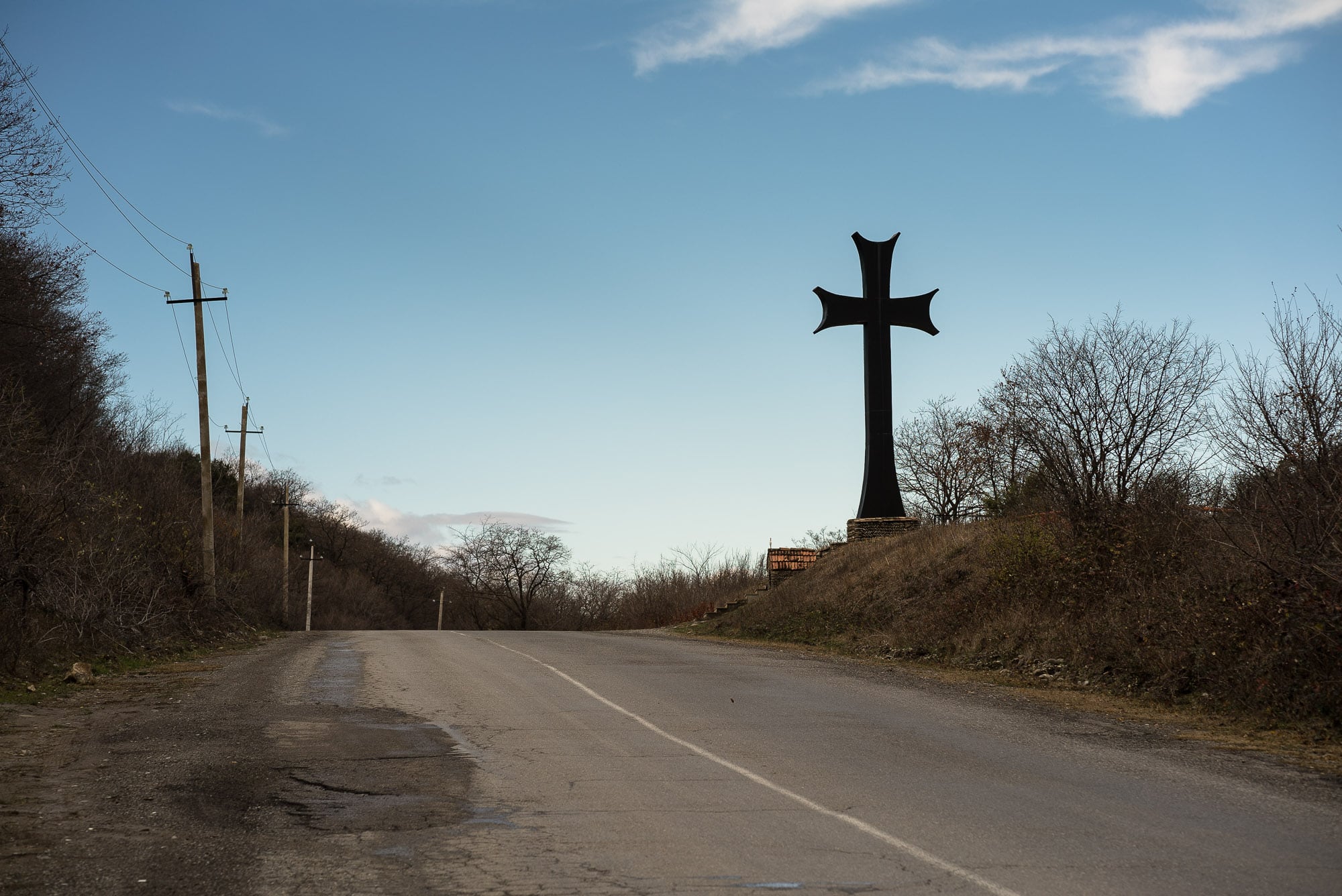 And one time there was a horse: 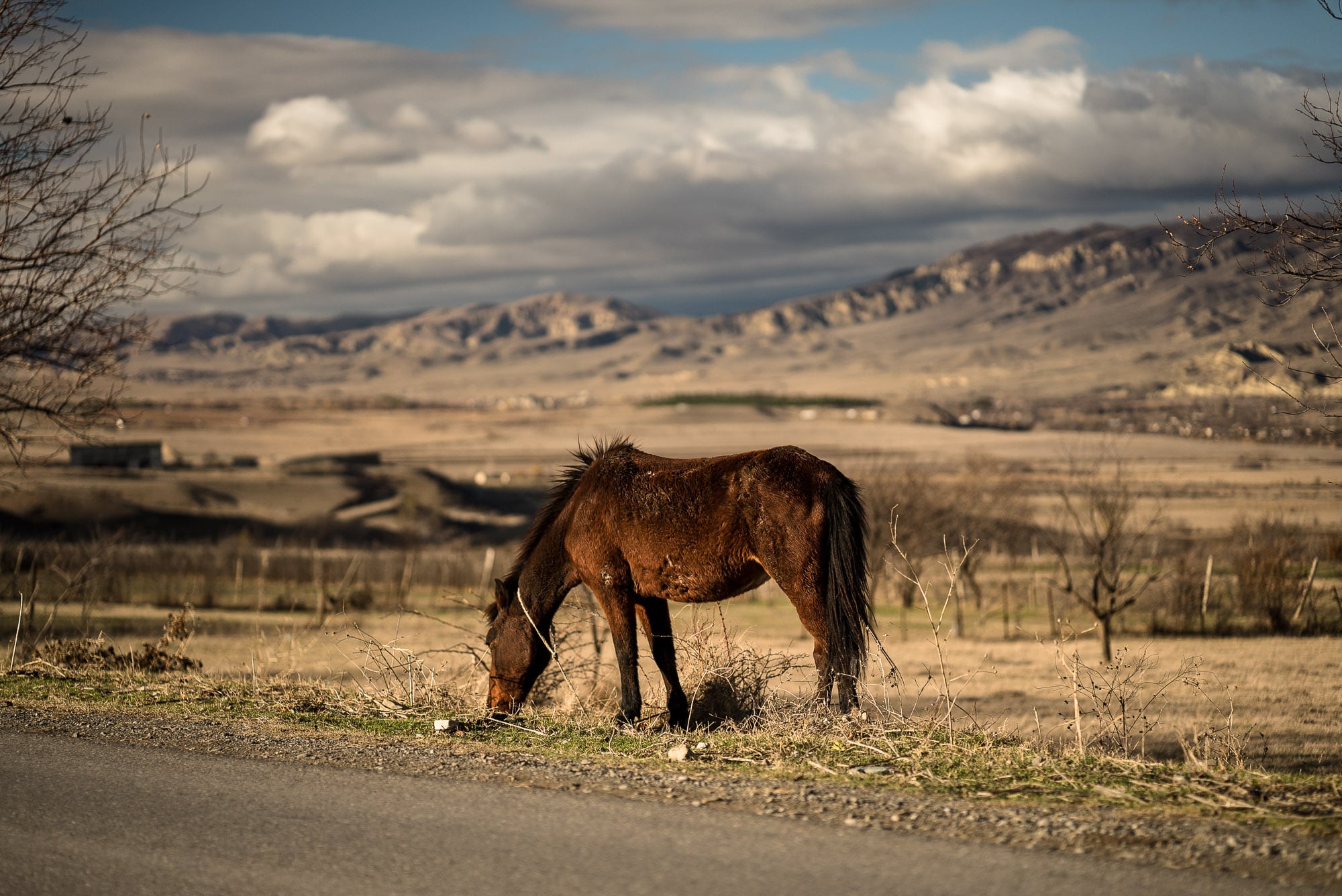 Hello, horse, I said. The horse ignored me.

The hills were naked and brown: 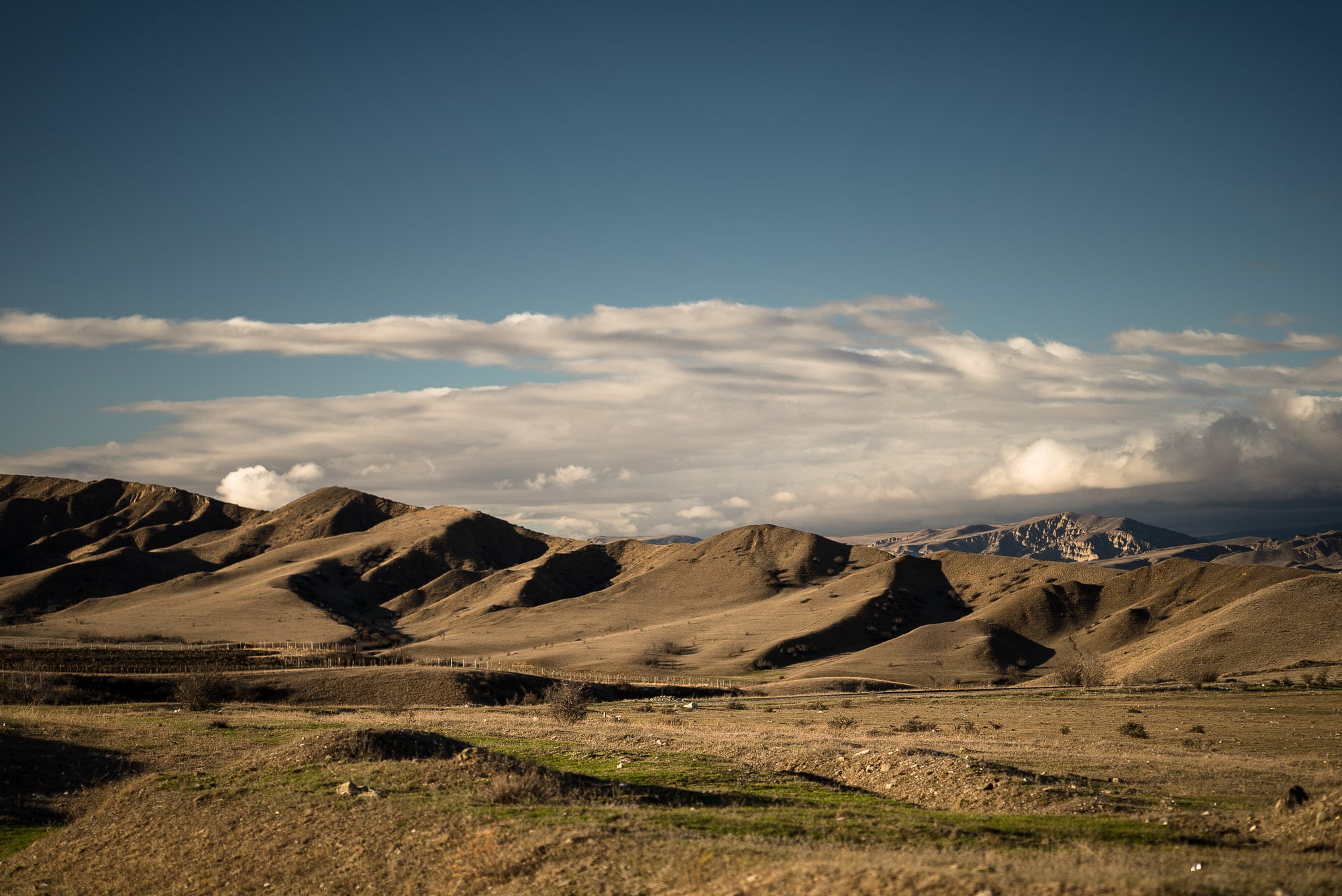 And it was just us four – the Caboose and I. And our shadows: 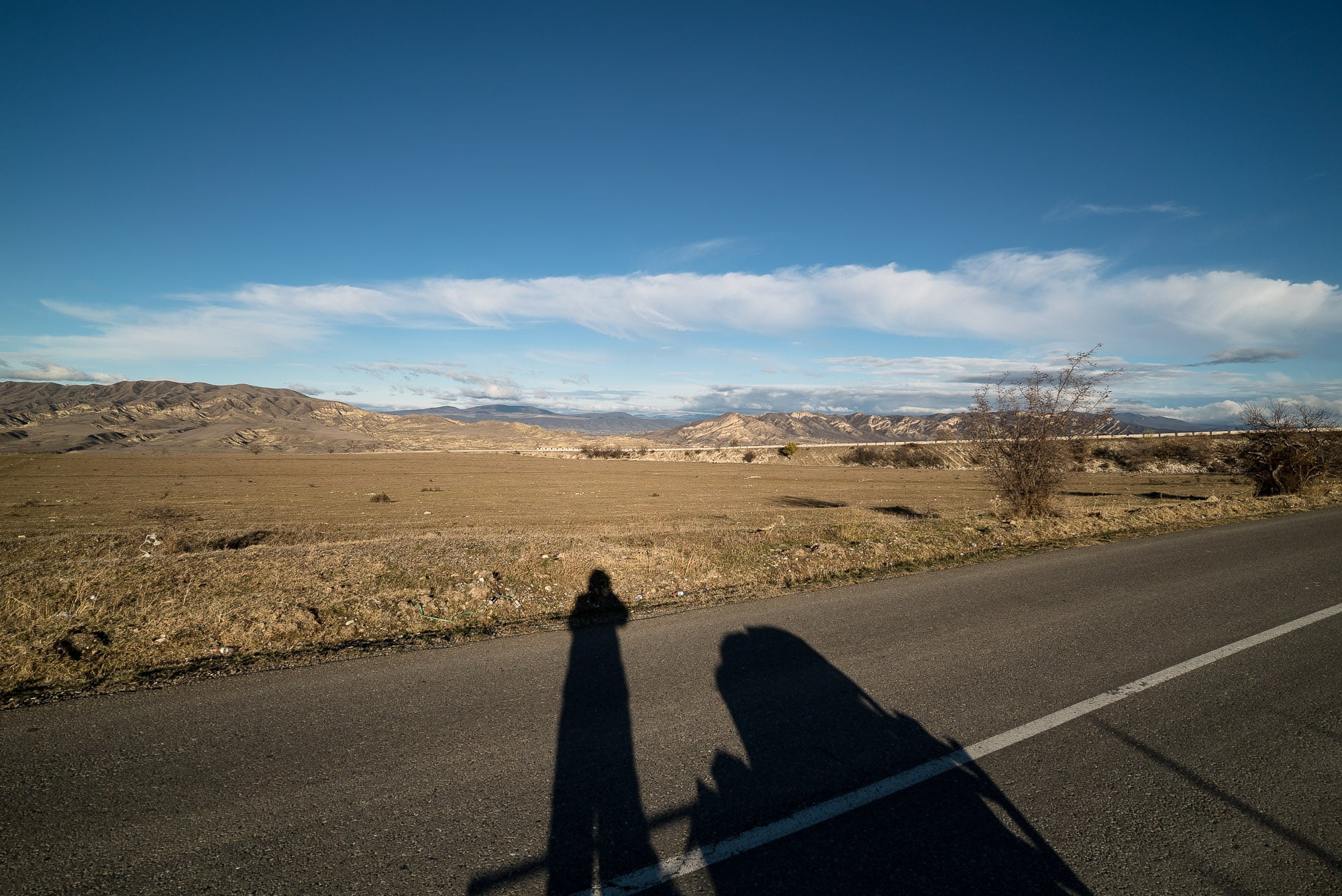 Walking in December meant that nightfall came early – at about six in the evening: 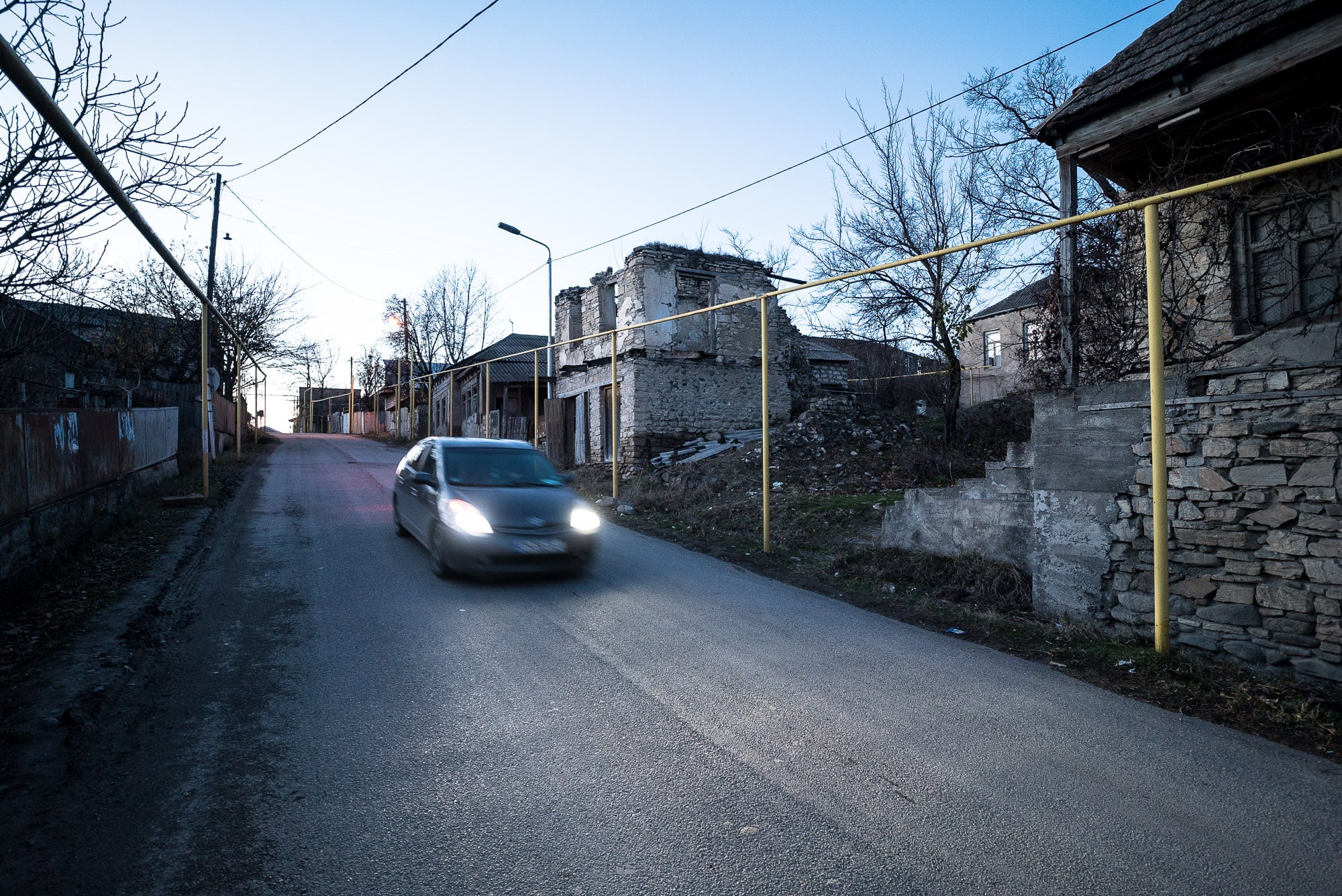 When I got to the small town (or rather: the village) of Kavtiskhevi, I asked around for a hotel or a guesthouse, and some people promised to make some calls, and then I just stood there for a while with this dog staring at me in bewilderment: 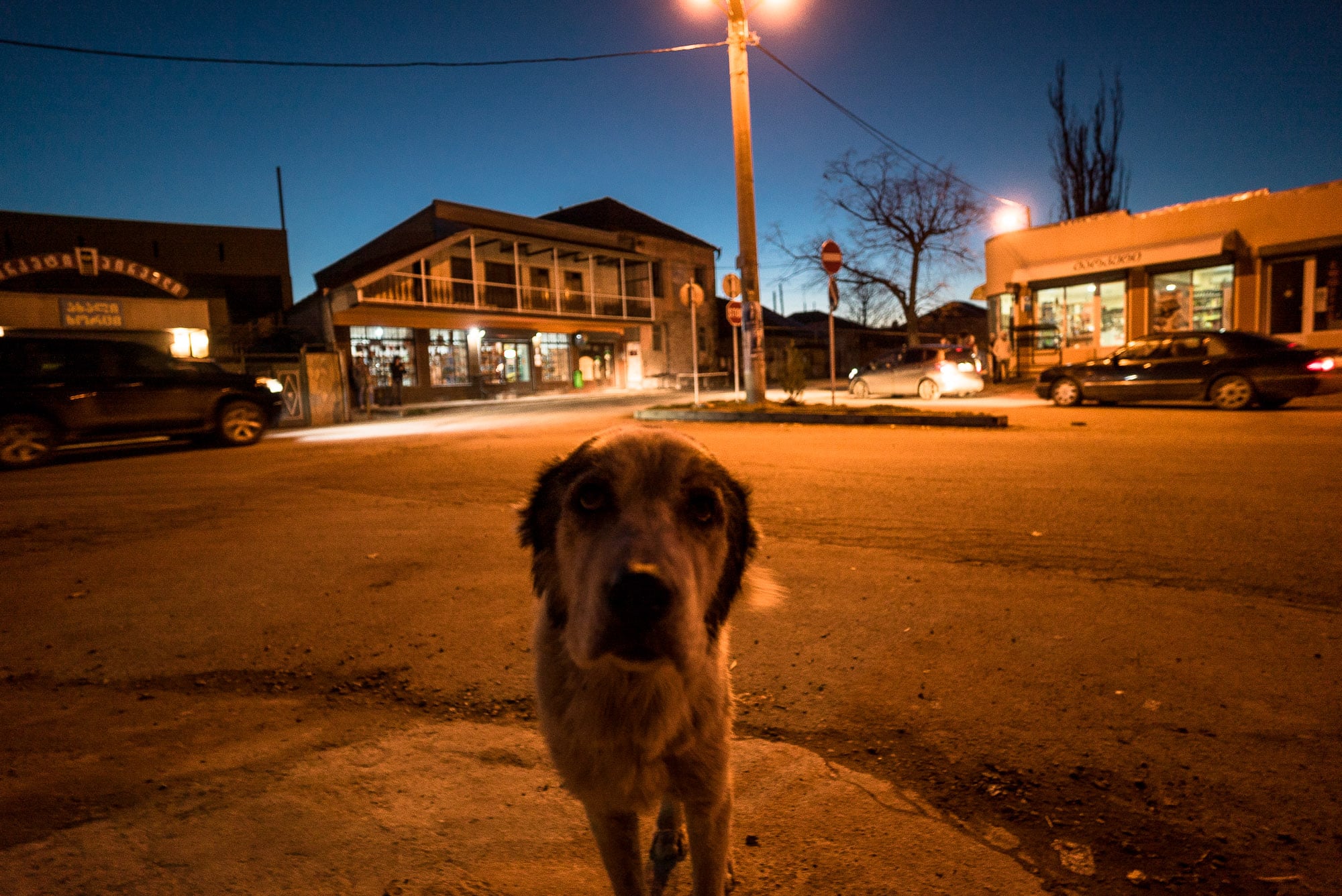 I am just as lost as you, I whispered to him.

Then an old gentleman appeared and told me he’d take me to a guesthouse in his car. I said I couldn’t ride in a car. And so after a while of questioning and explaning we agreed that he would take me there by driving ahead of me.

So we did that: 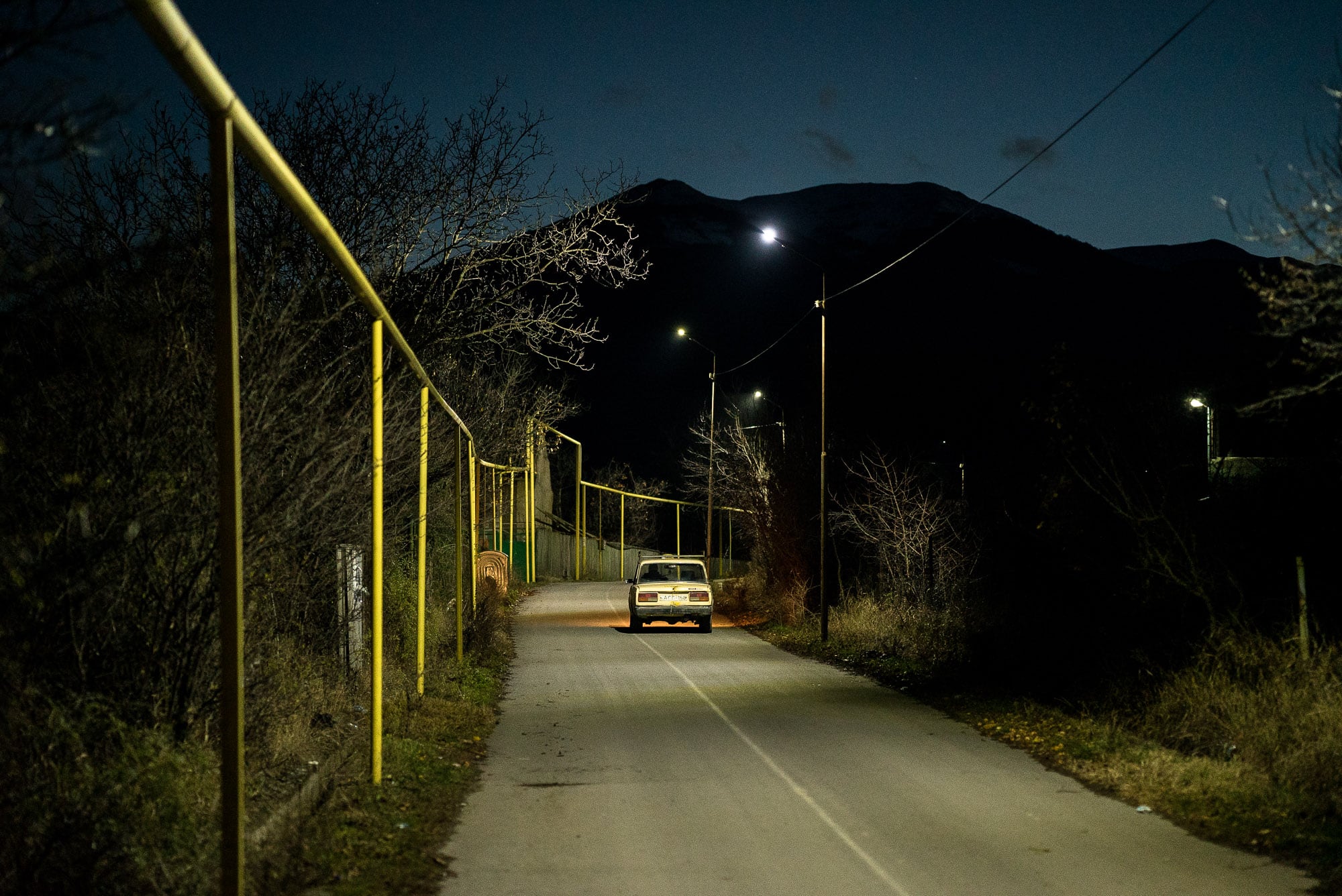 And there was a guesthouse alright. It was mainly for construction crews and seasonal workers, and it was currently occupied by three men (who weren’t home, yet): 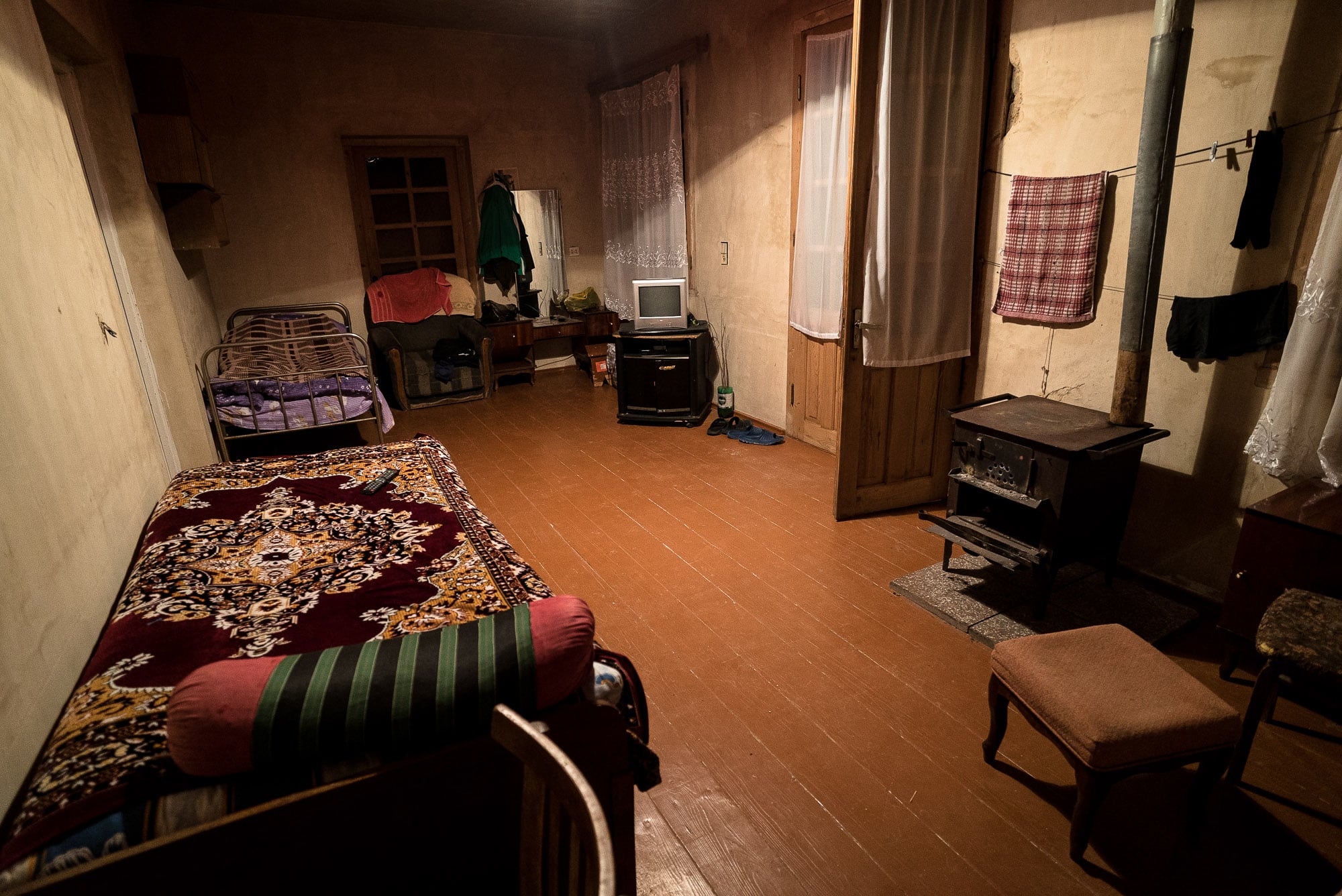 The place seemed to be a from a different era, a time when the village needed to house dozens of workers at the same time – it was so big that I got my own room! And since the beds were very soft, I chose to spread out on the floor: 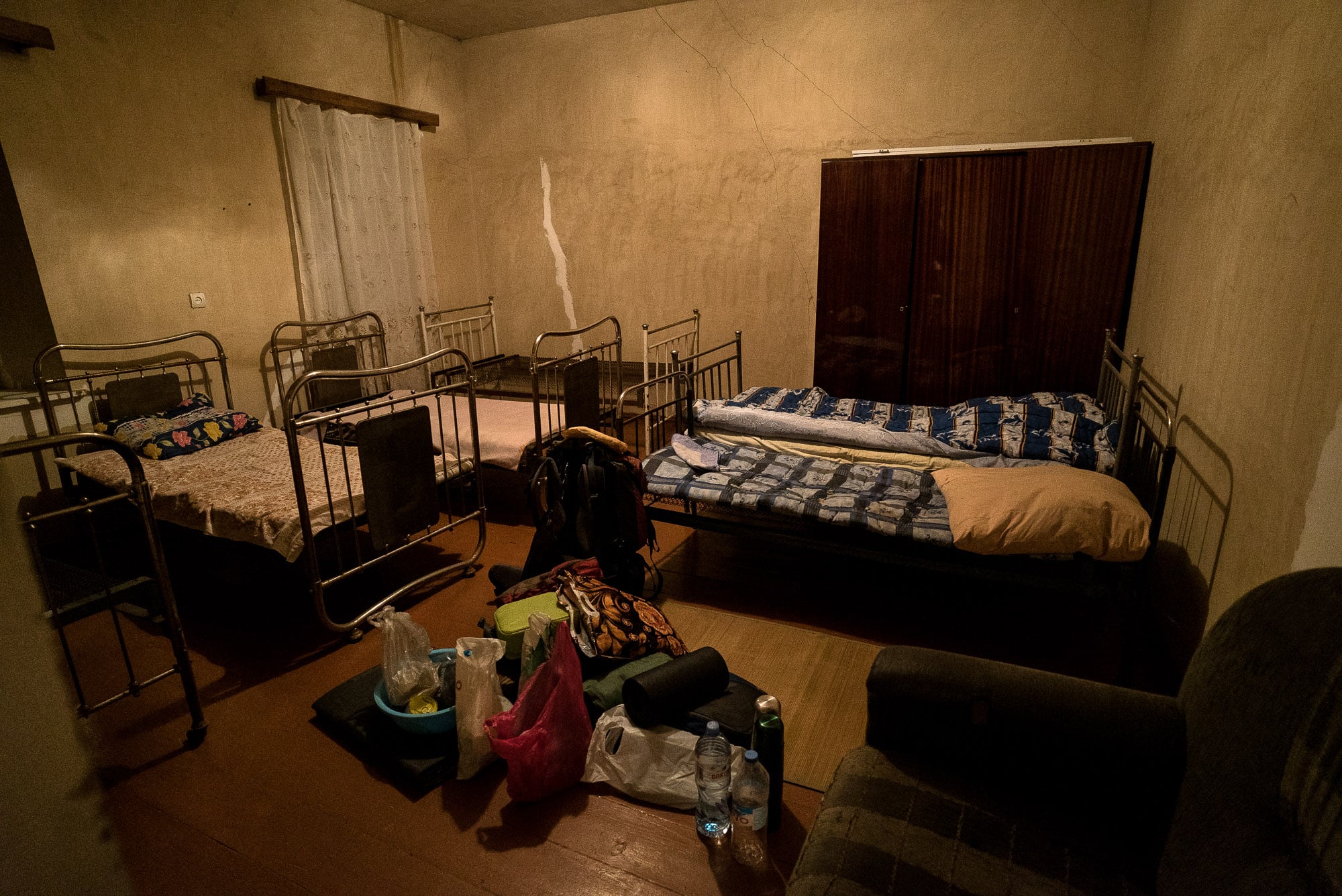 Then I boiled some eggs in the kitchen. Then I bathed my feet. Then I wrote my diary. And then I slept.

Day 1312
from Mtskheta to Kavtiskhevi