The rain had never really stopped.

And it was devious, too. Sometimes it would pause for a few minutes, just enough for the puddles to become still and for the people and the dogs to come outside again: 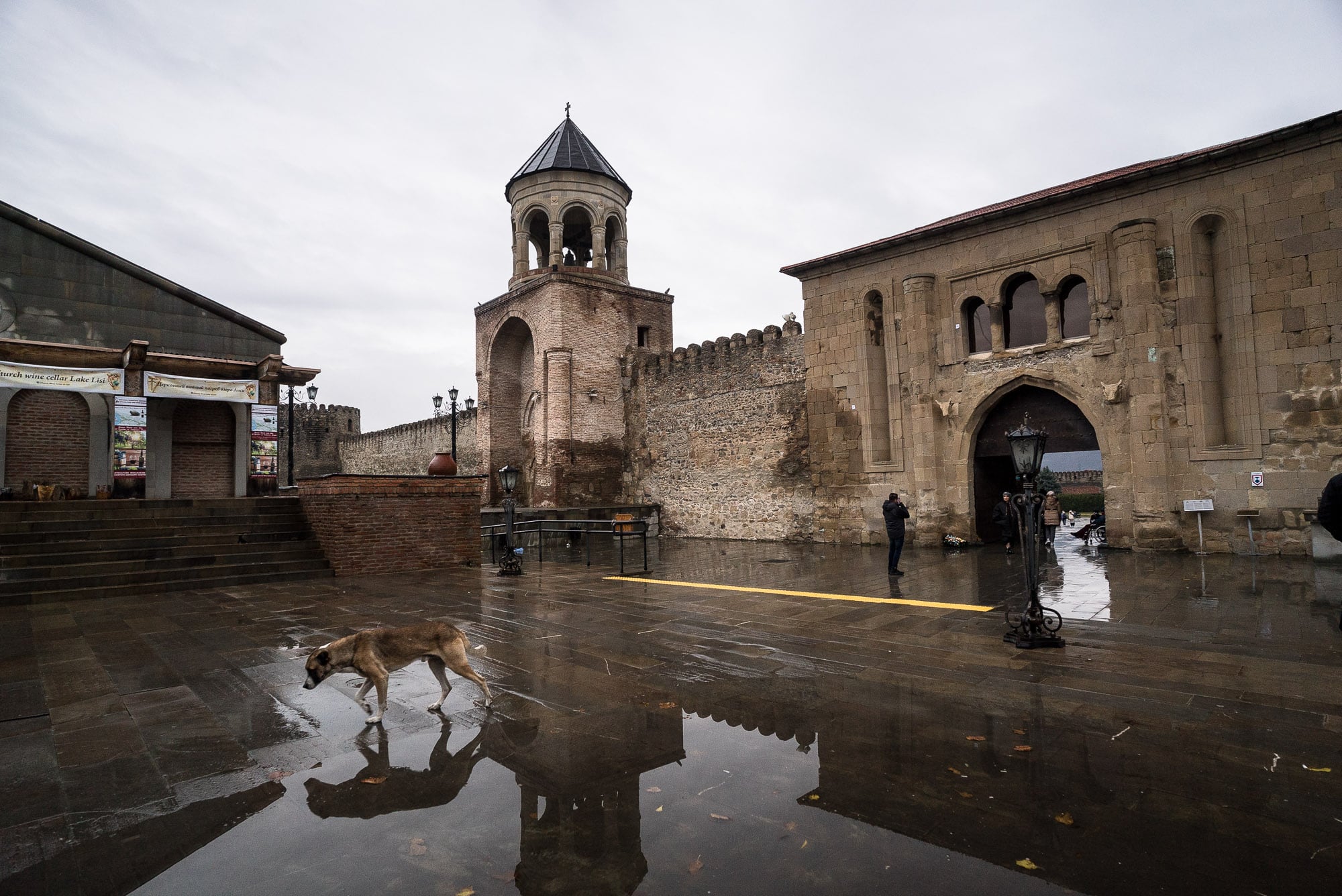 But then it would start all over again – drip-drip-drippity-drop as if there was never going to be another dry day.

I chose to stay in Mtskheta.

Meanwhile, the Svetitskhoveli Cathedral had revealed itself to be one of my favorite churches ever. I didn’t know why exactly that was. It was something about the atmosphere within the old building. It felt special in a very ordinary way.

I don’t think it had anything to do with the fancy stuff, like the much-revered robe of Jesus that had allegedly been buried there: 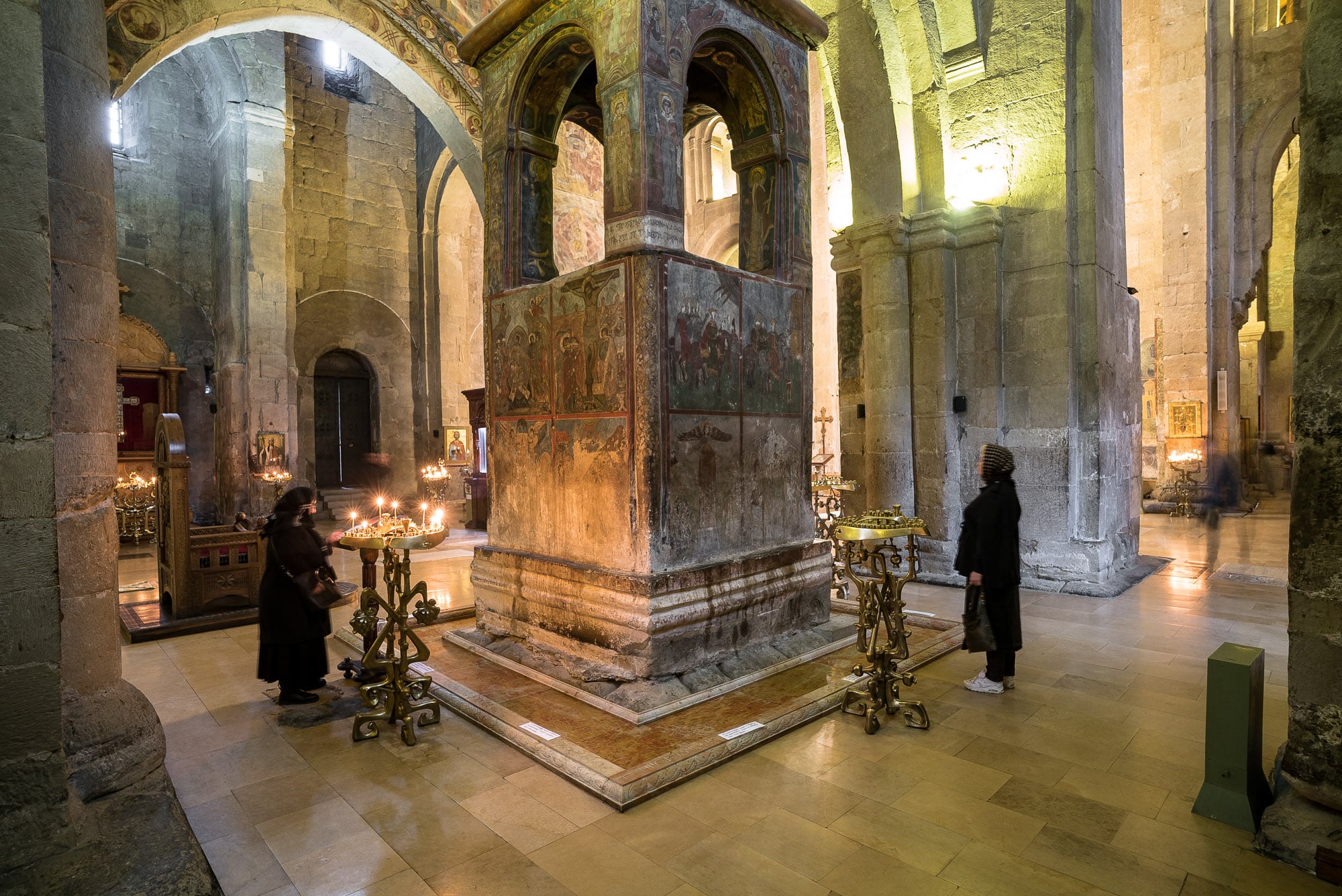 Many churches had relics.

It wasn’t so much about the artworks, either (though I did like them): 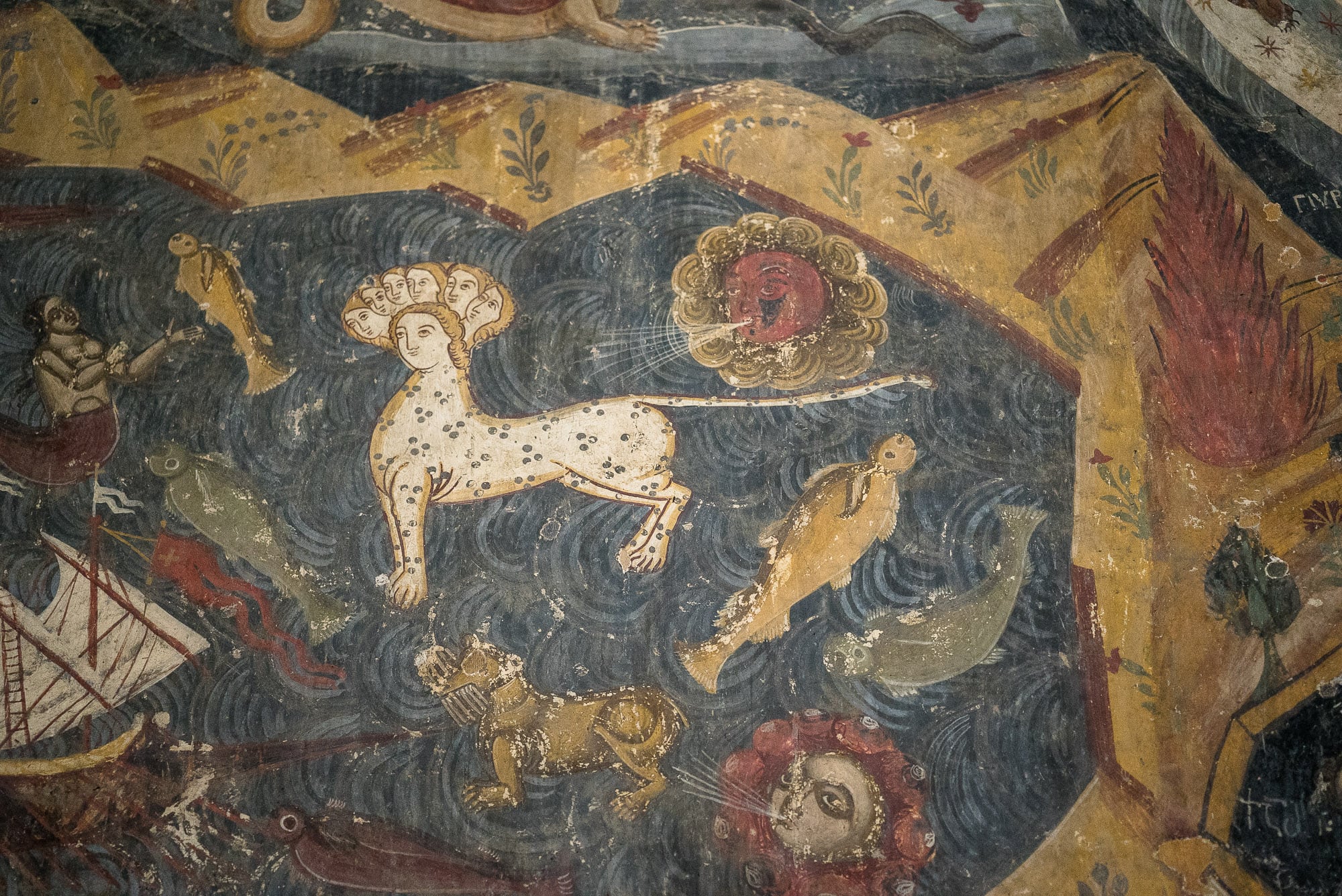 It sure was a pity that the Russians had destroyed the interior of the church rather thoroughly in the 19th century. But that wasn’t it.

No, it was something else, something more personal, something I felt when I lit my two candles (as I usually do when I’m in a church): 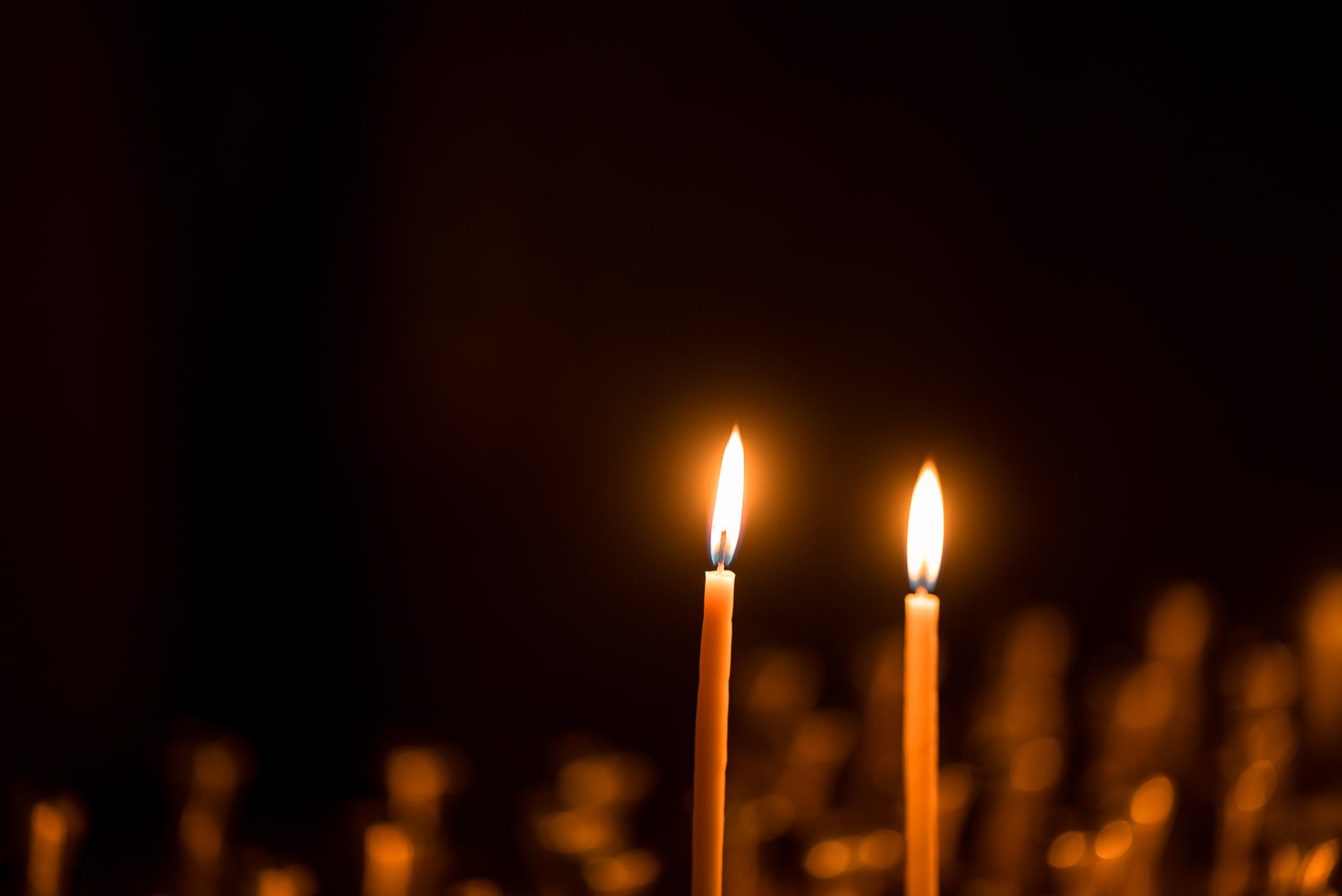 It was when I stood there, locking eyes with the flames, that I realized that I felt at home. Right there, right then.