I was staying in a guesthouse that was nice and warm and very close to the cathedral, and it was even supposed to have a view. Only not so much from my room: 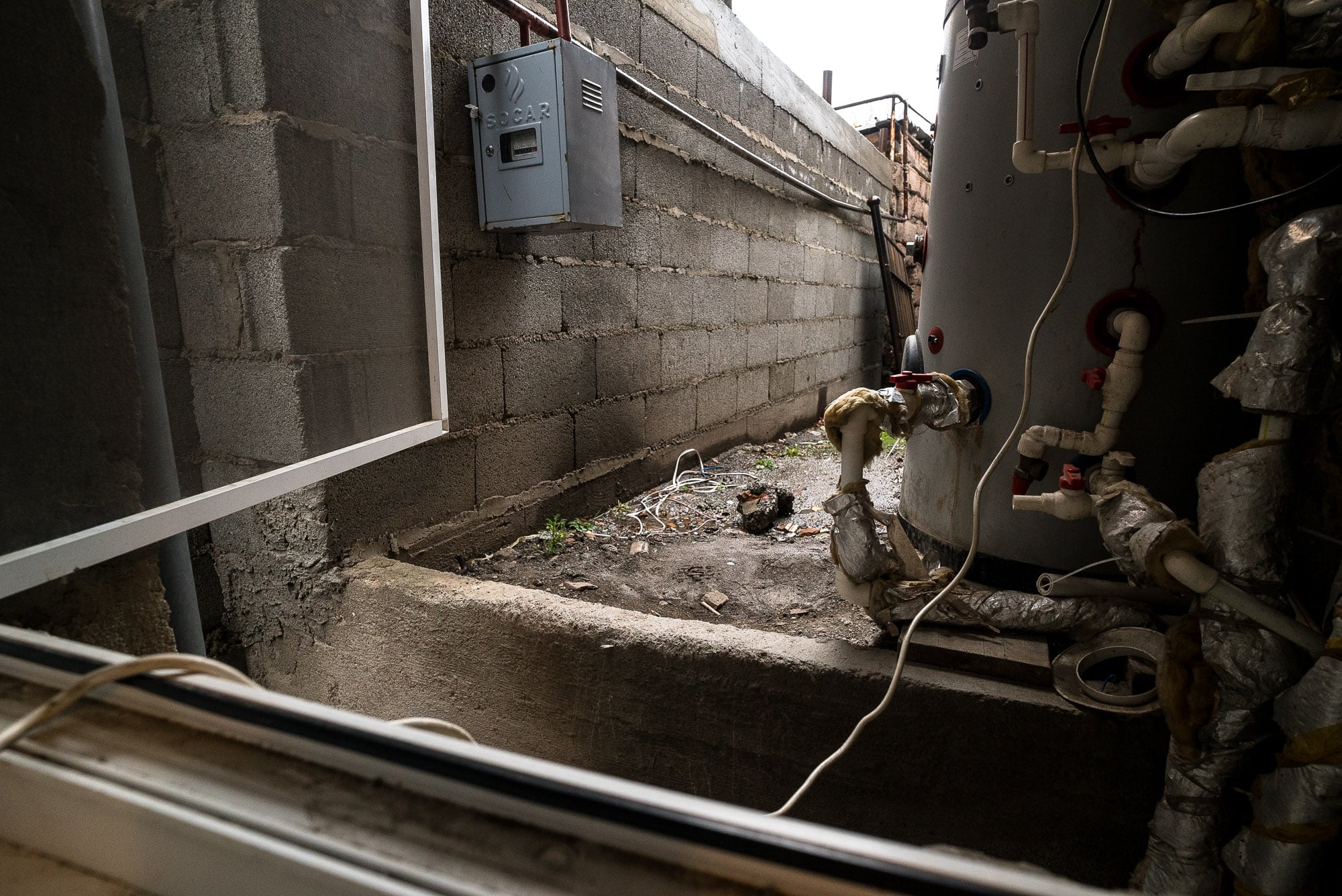 Outside, it was raining in a determined way: 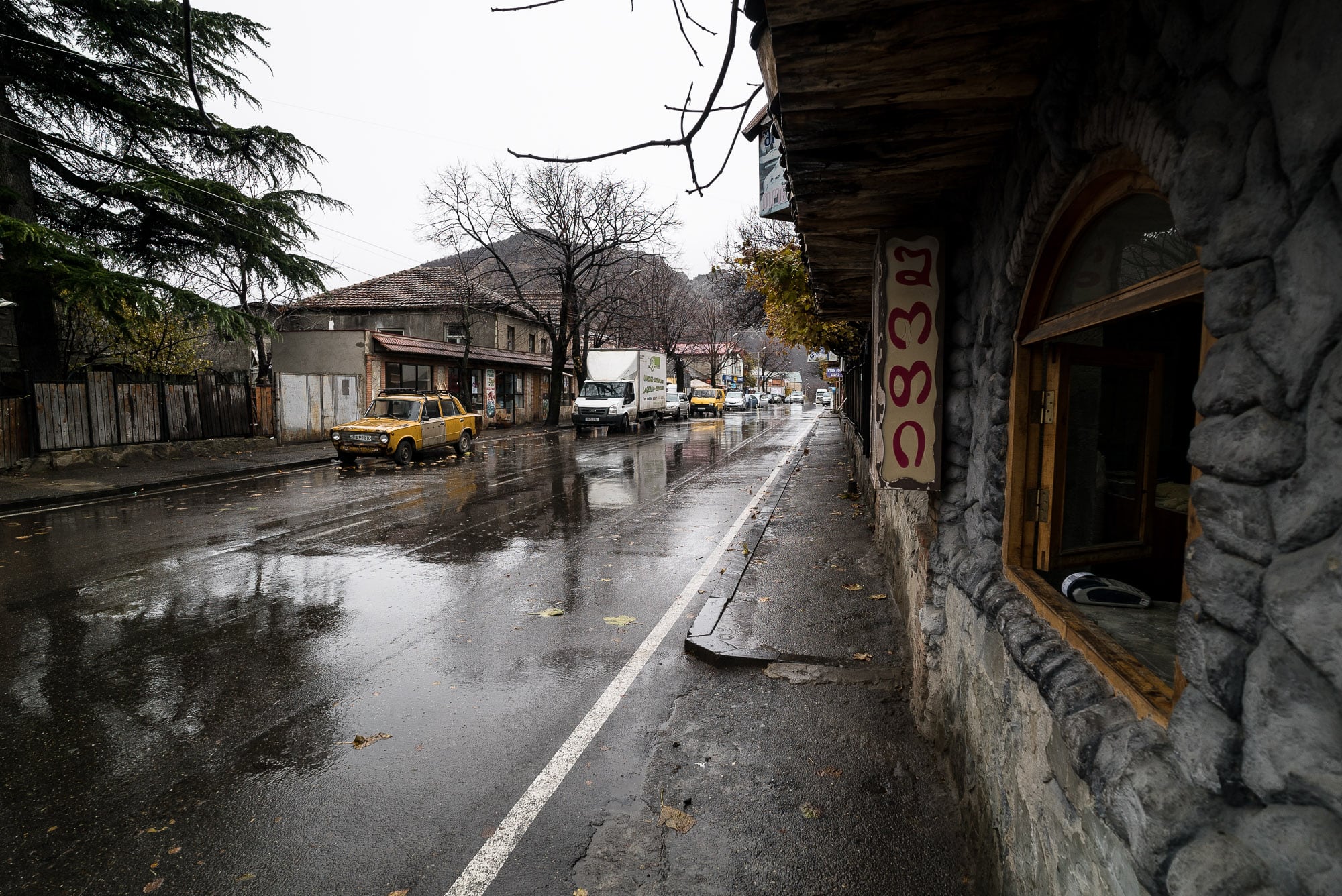 So I stayed in my room most of the day, and only one time in the afternoon I walked the few steps over to the Svetitskhoveli Cathedral: 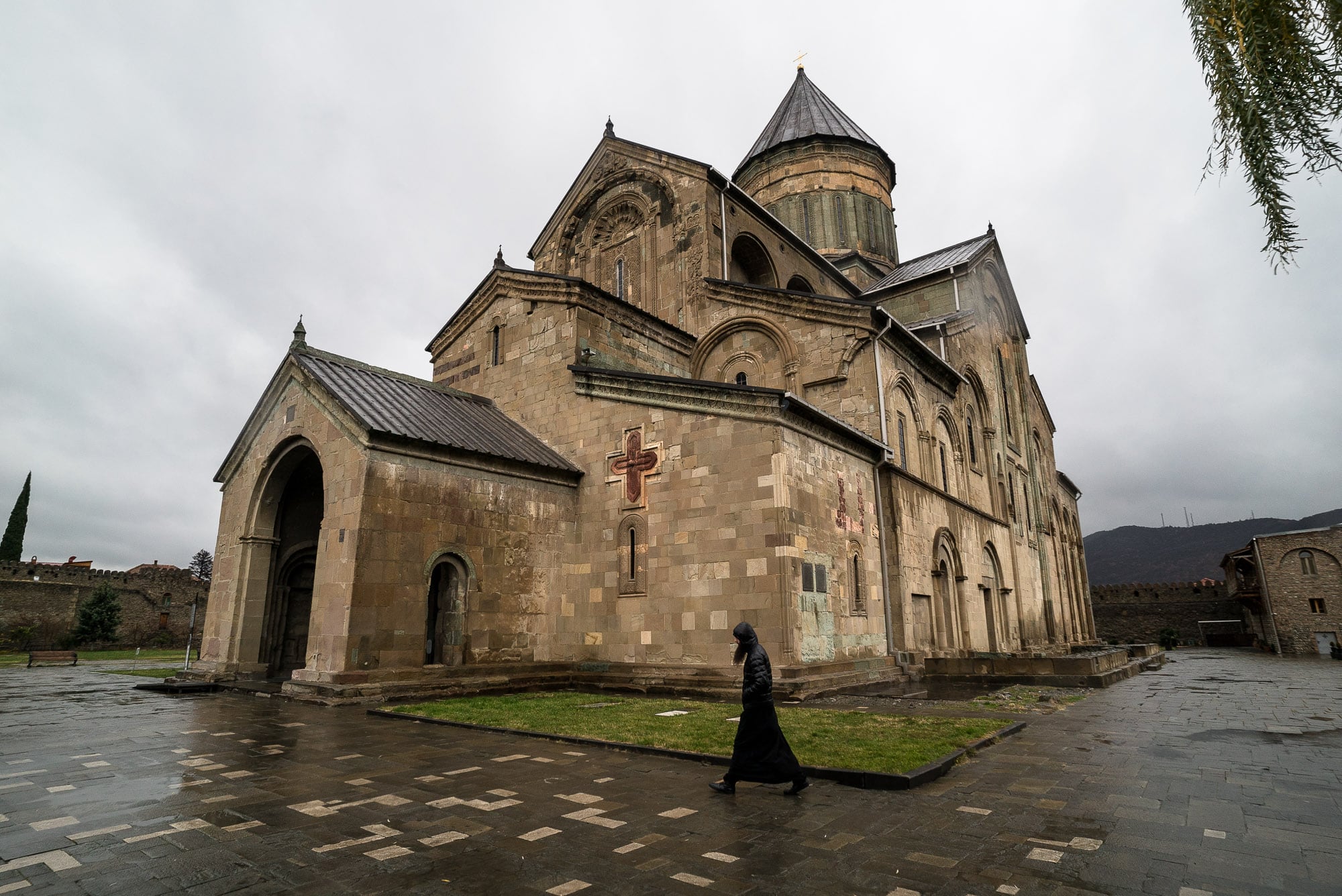 Only this time I went in: 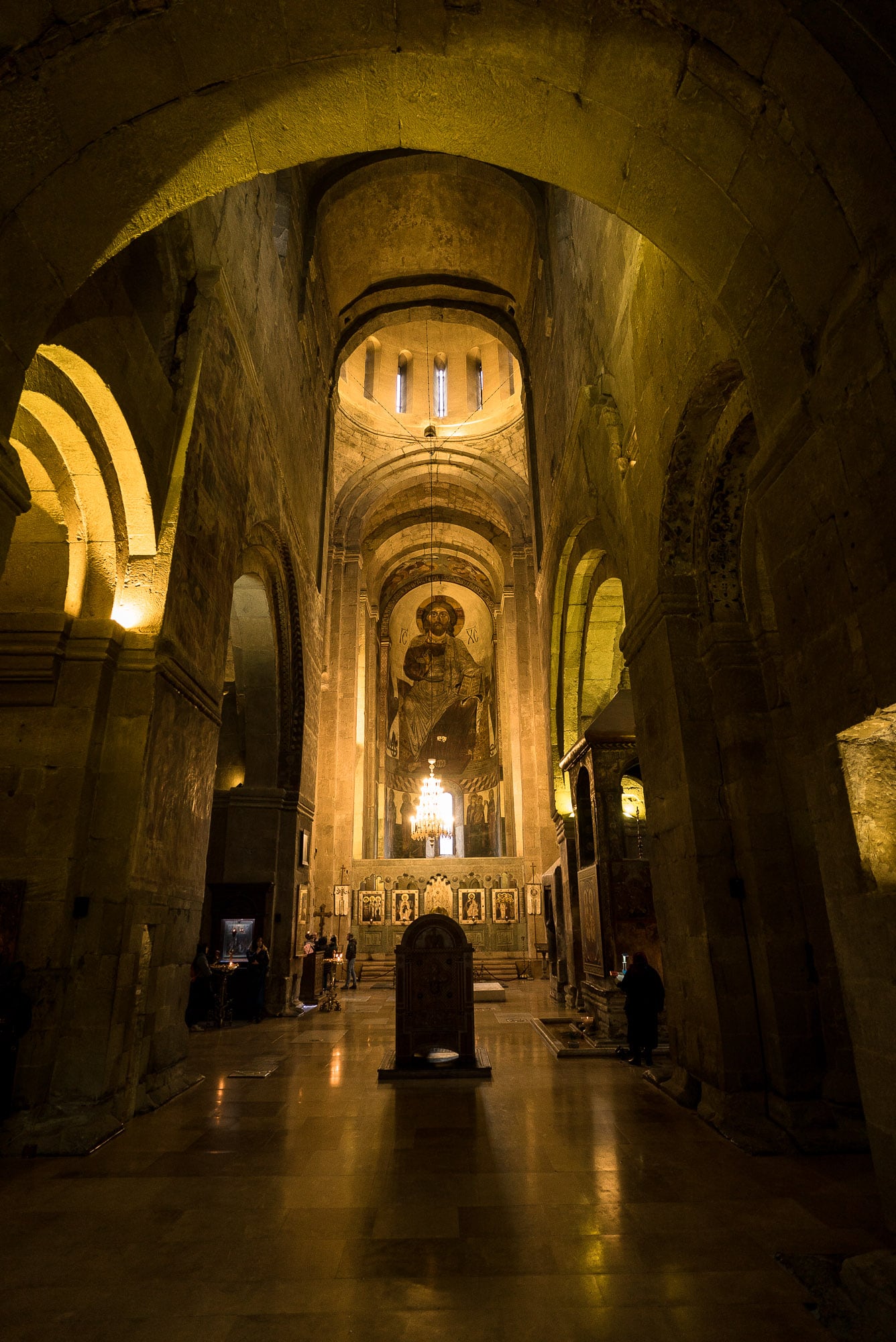 And yes, it was massive: 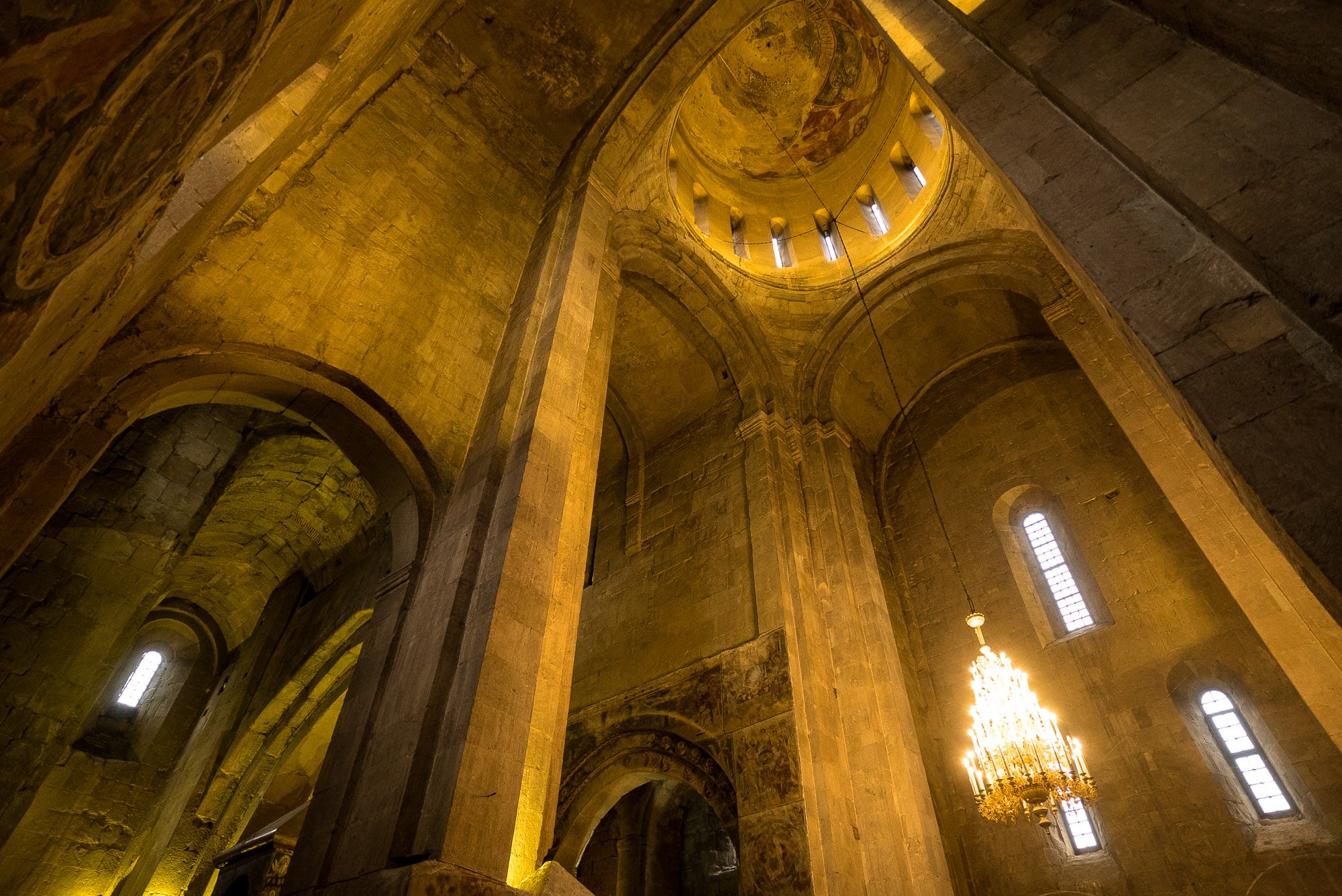 In fact it was so big it even had a mock basilica inside: 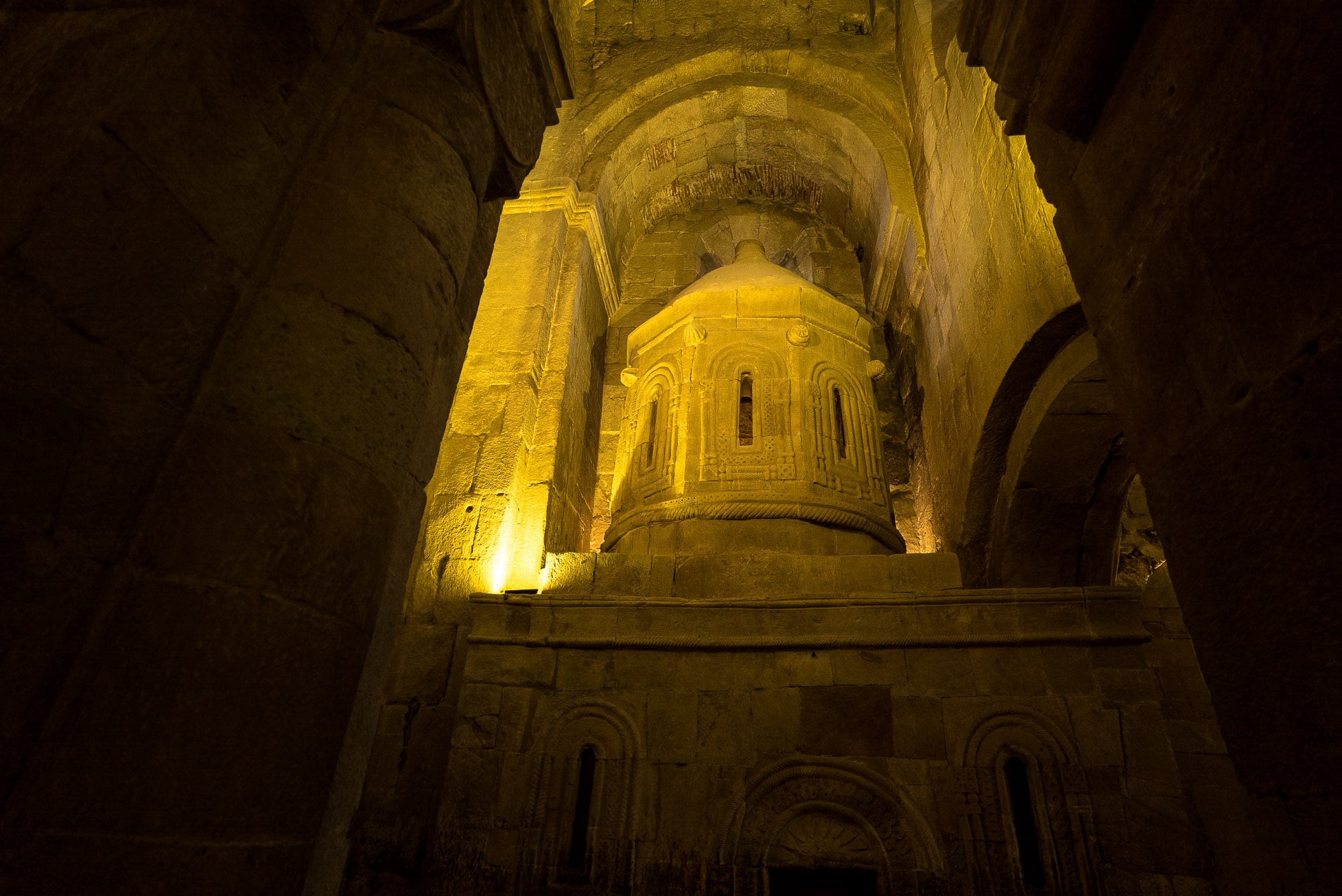 There were icons everywhere: 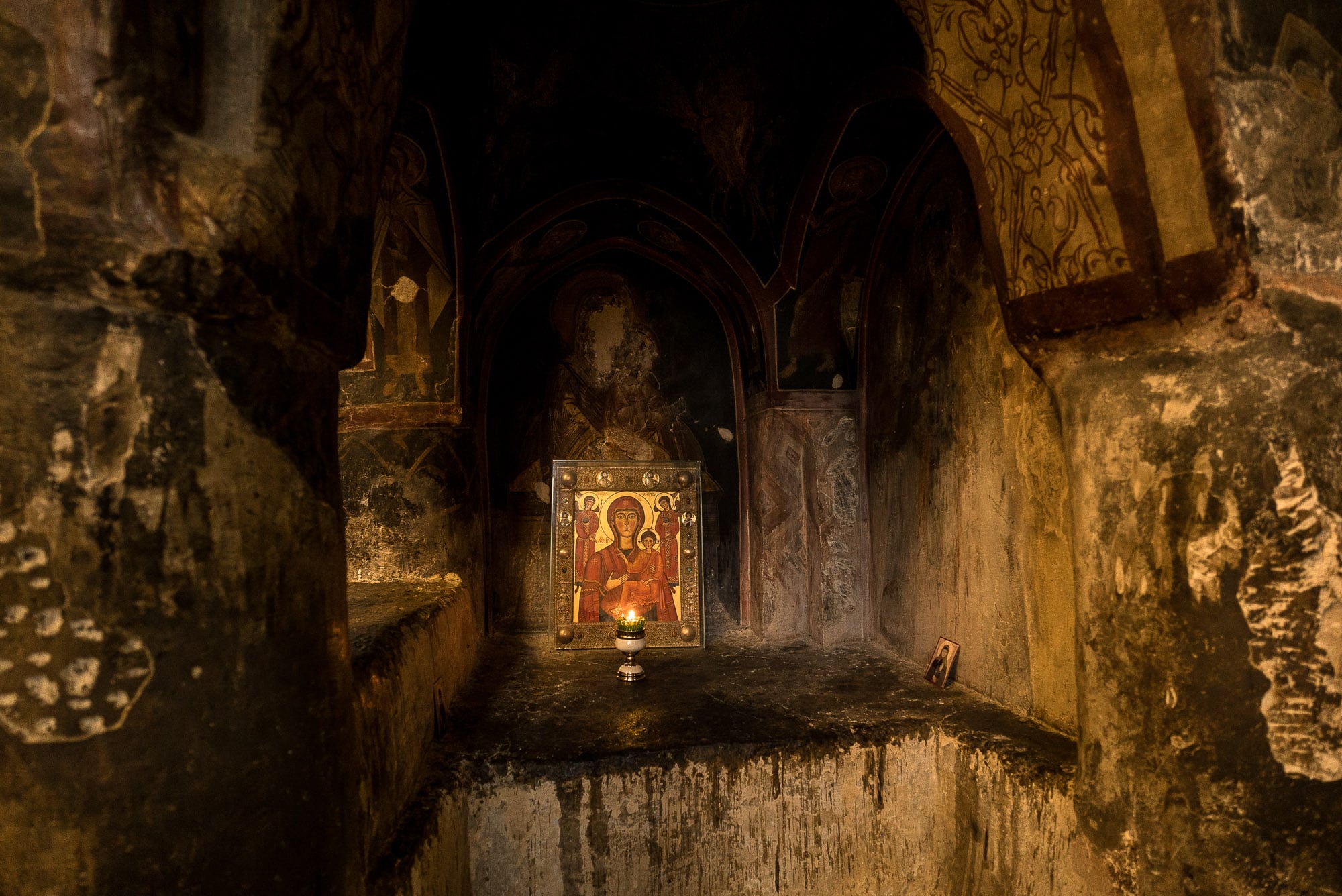 And there was some sort of service going on: 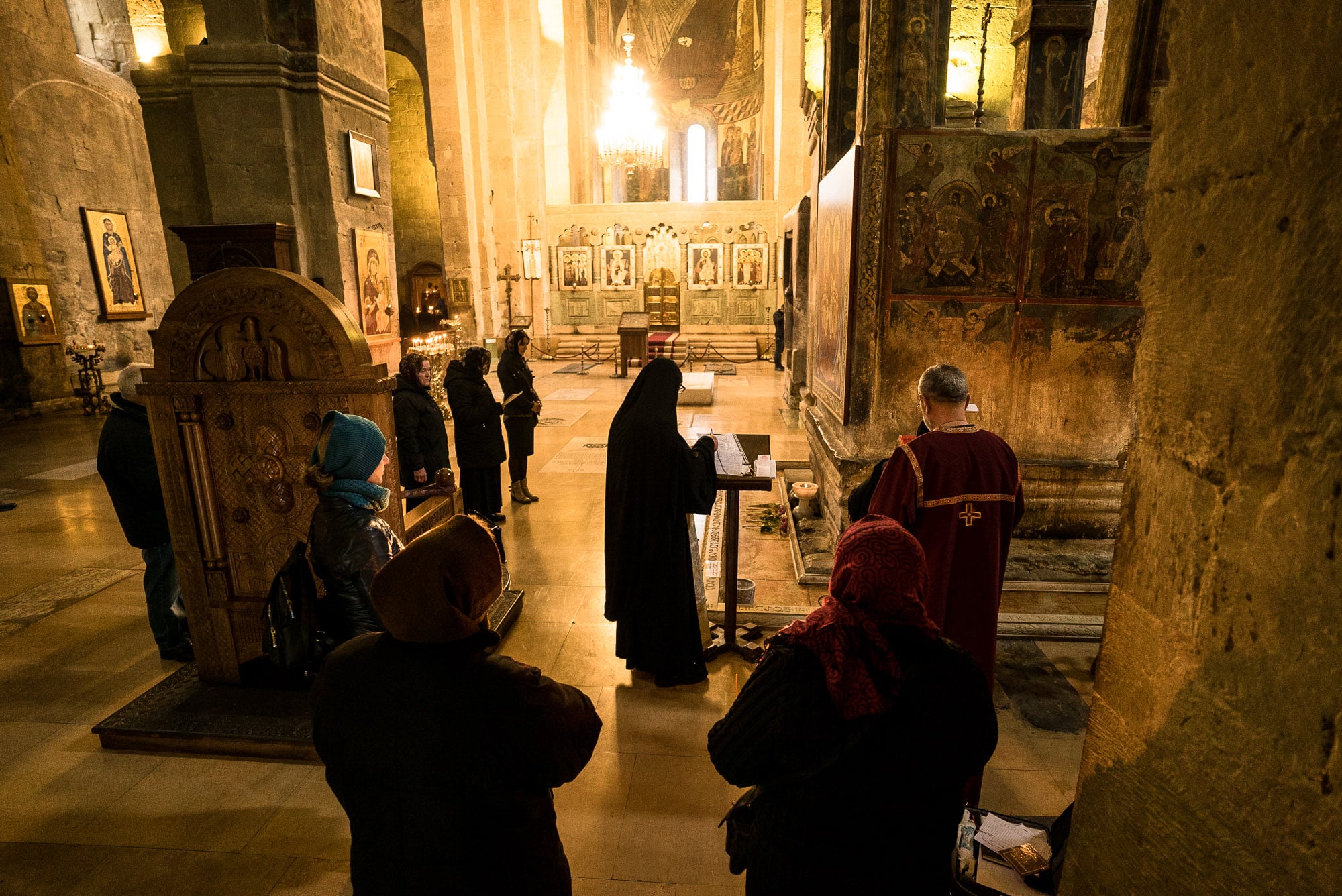 People were singing (or showing each other what to sing): 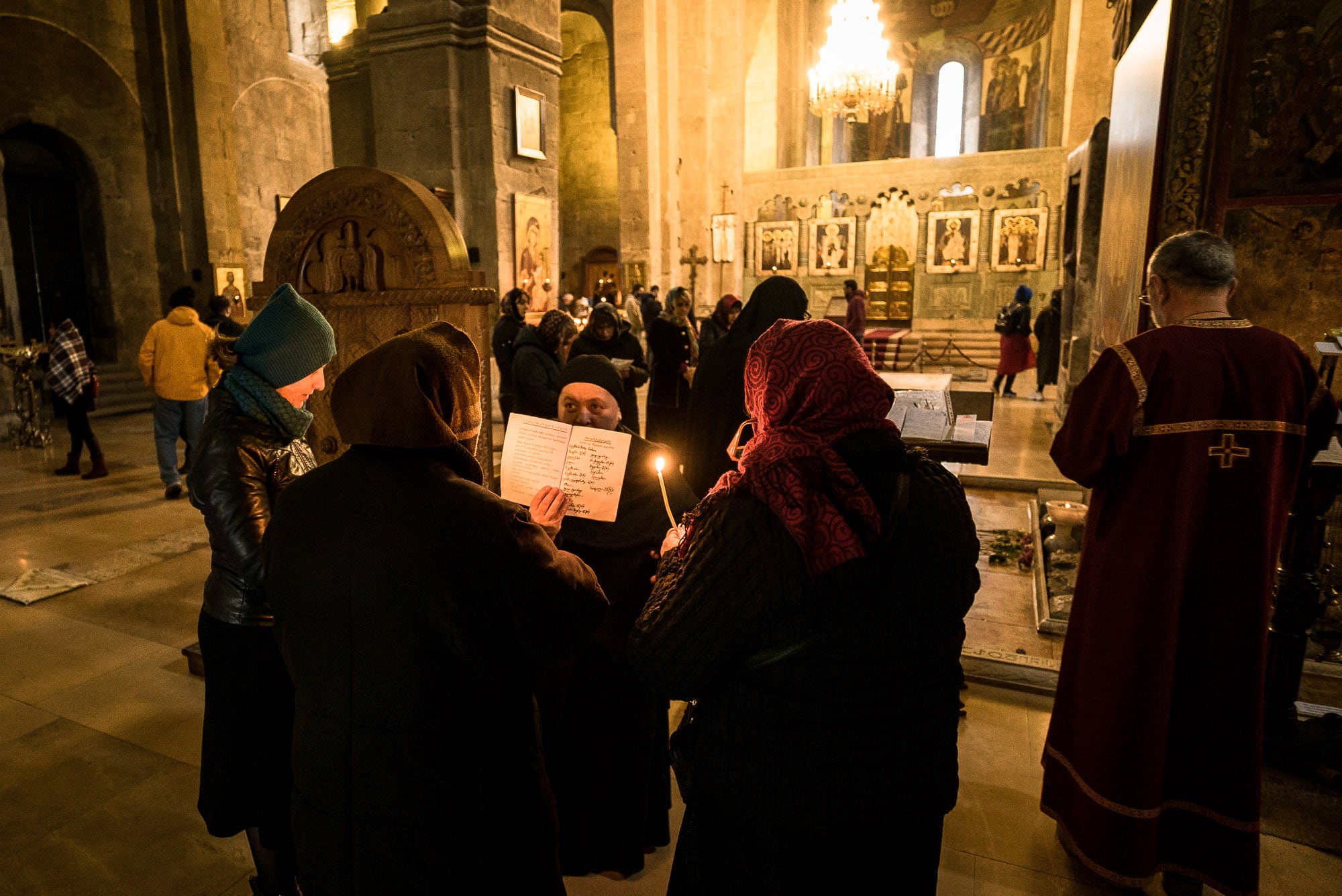 And there was the structure under which the robe of Christ had supposedly been buried: 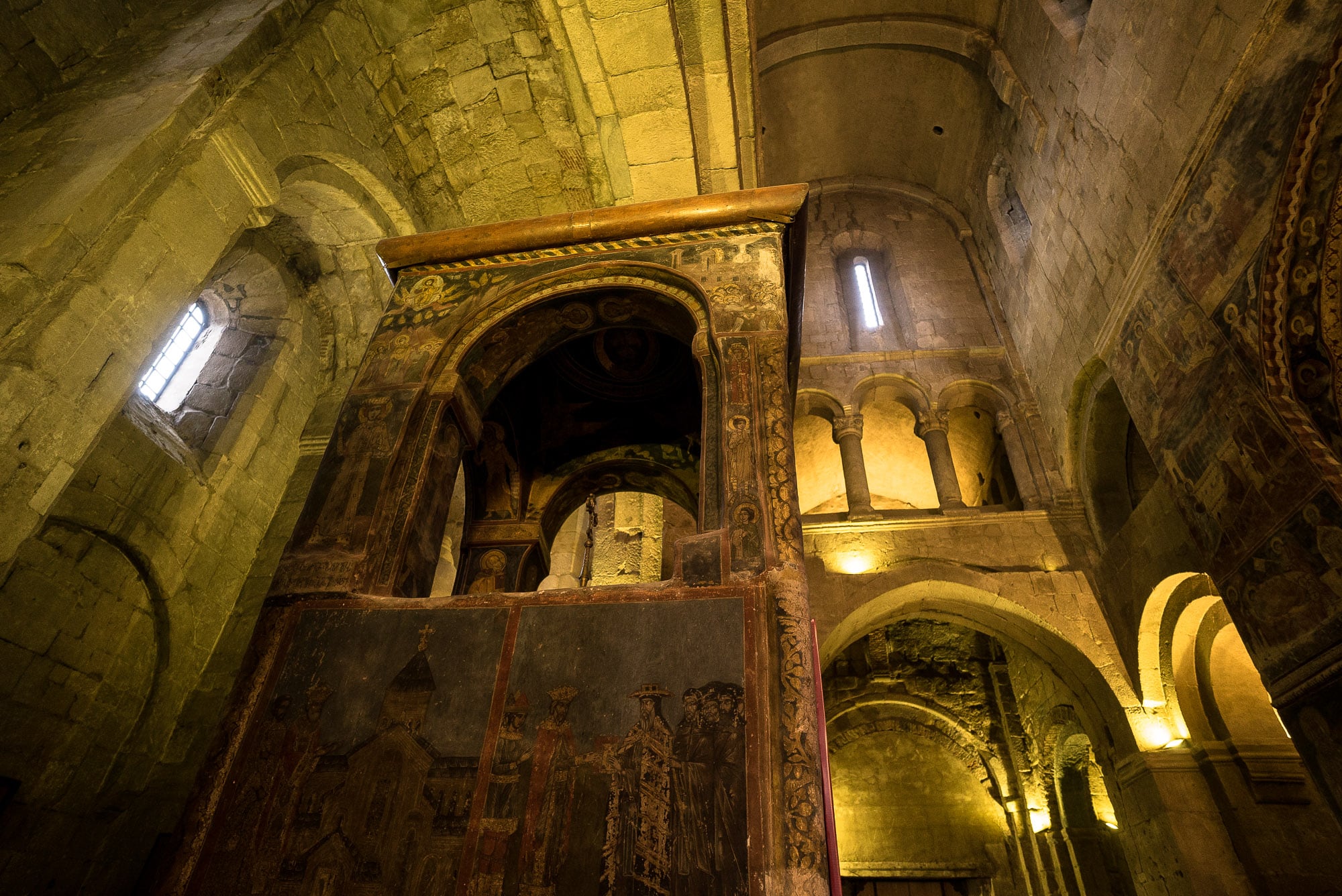 When I went back to my guesthouse, the owner told me to follow him upstairs.

“And don’t forget to bring your camera!” he added. 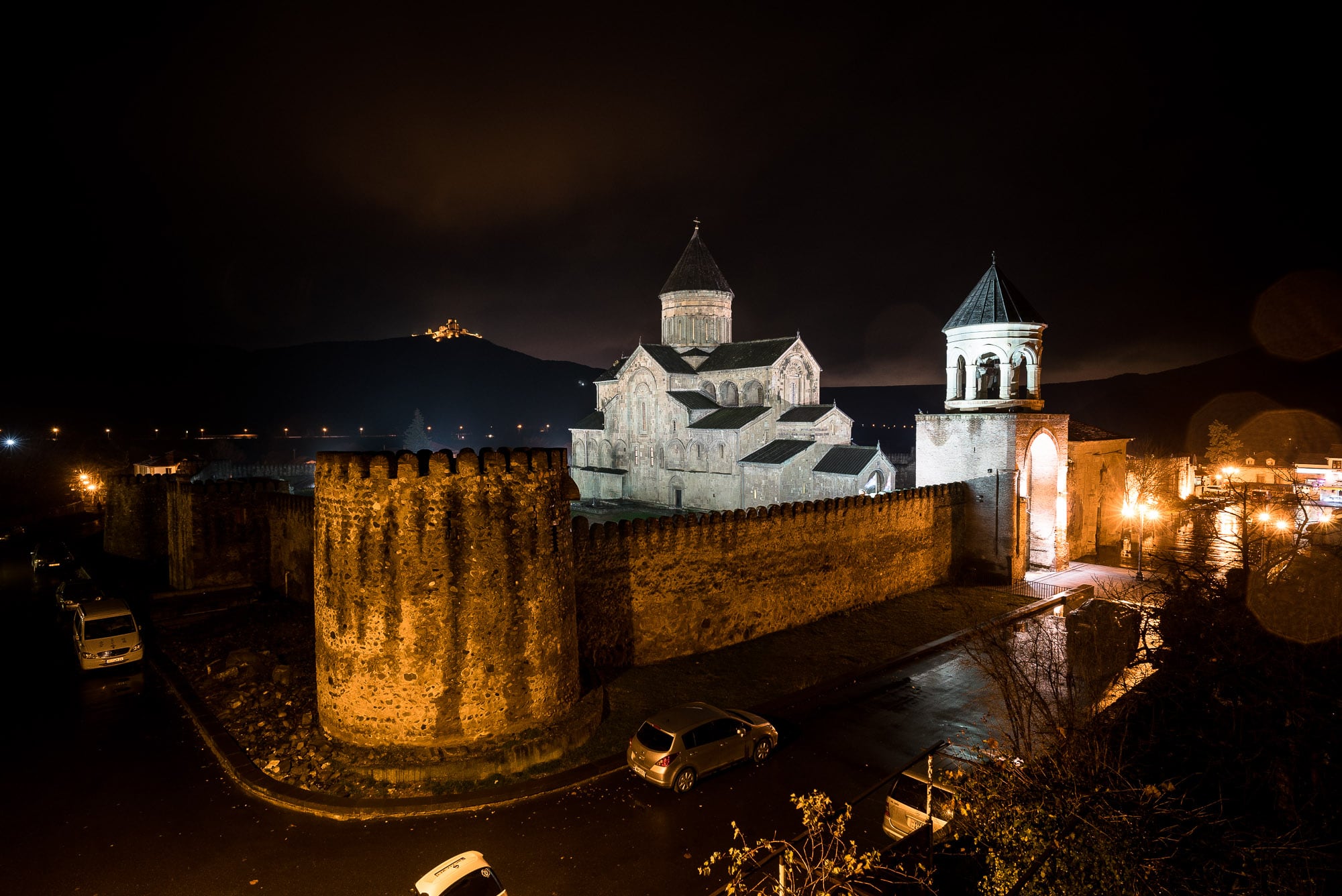 There was a view.