The tiger.
He destroyed his cage.
Yes.

I left the apartment at about ten in the morning: 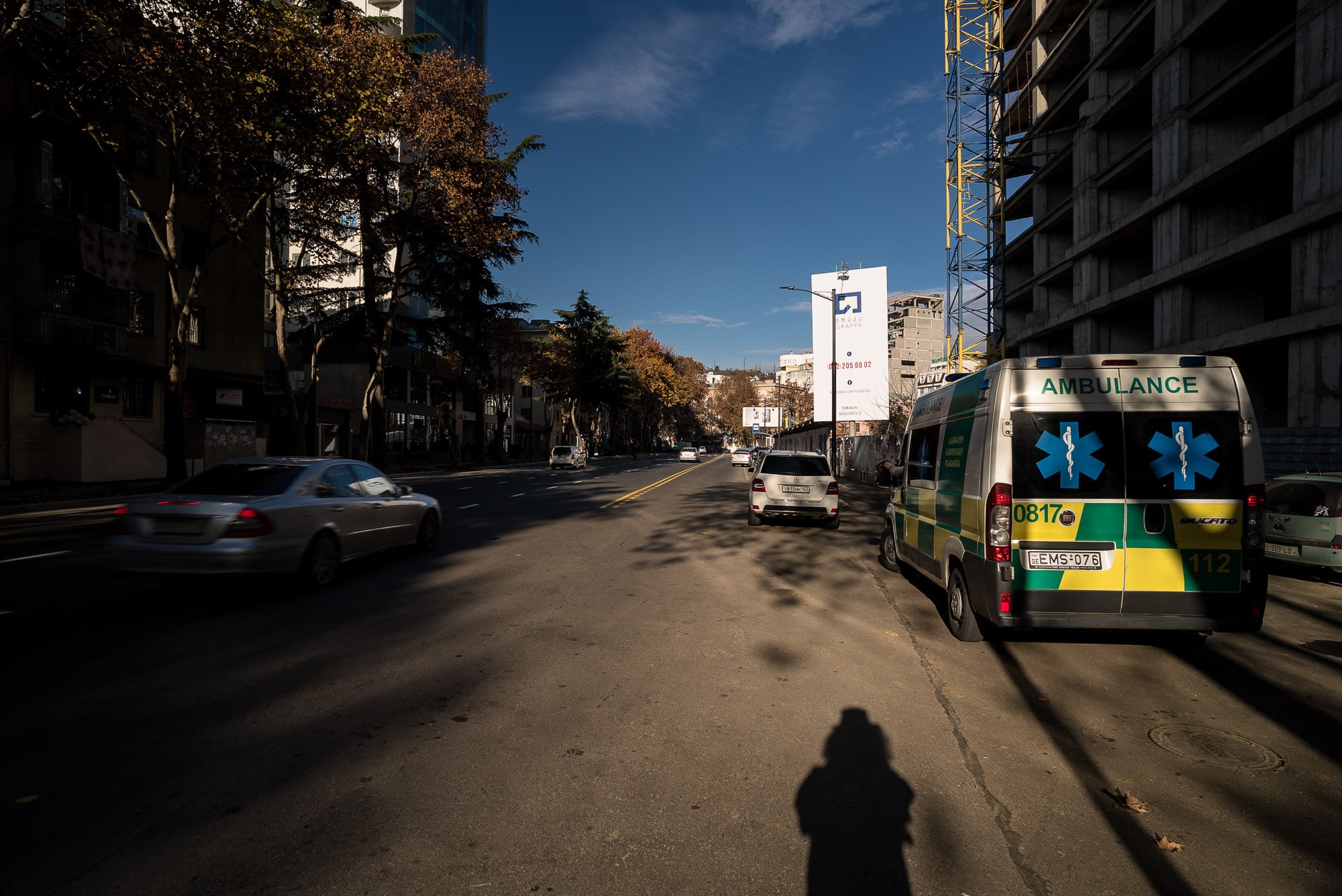 Got the Caboose from her garage, loaded her up, and got on the road. Tbilisi was doing its best to show that it was a big city: 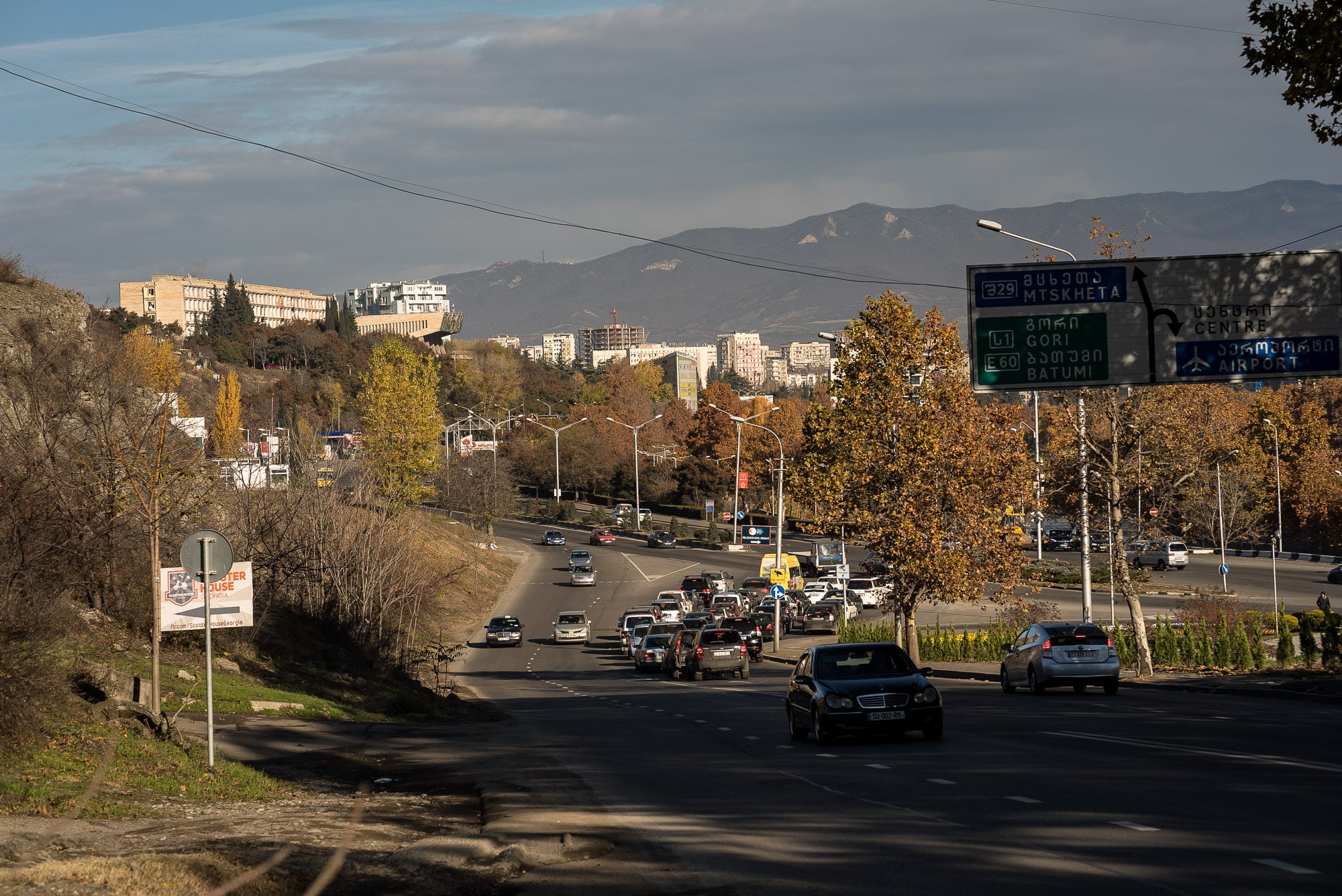 I passed a monument of some horse-riding dude: 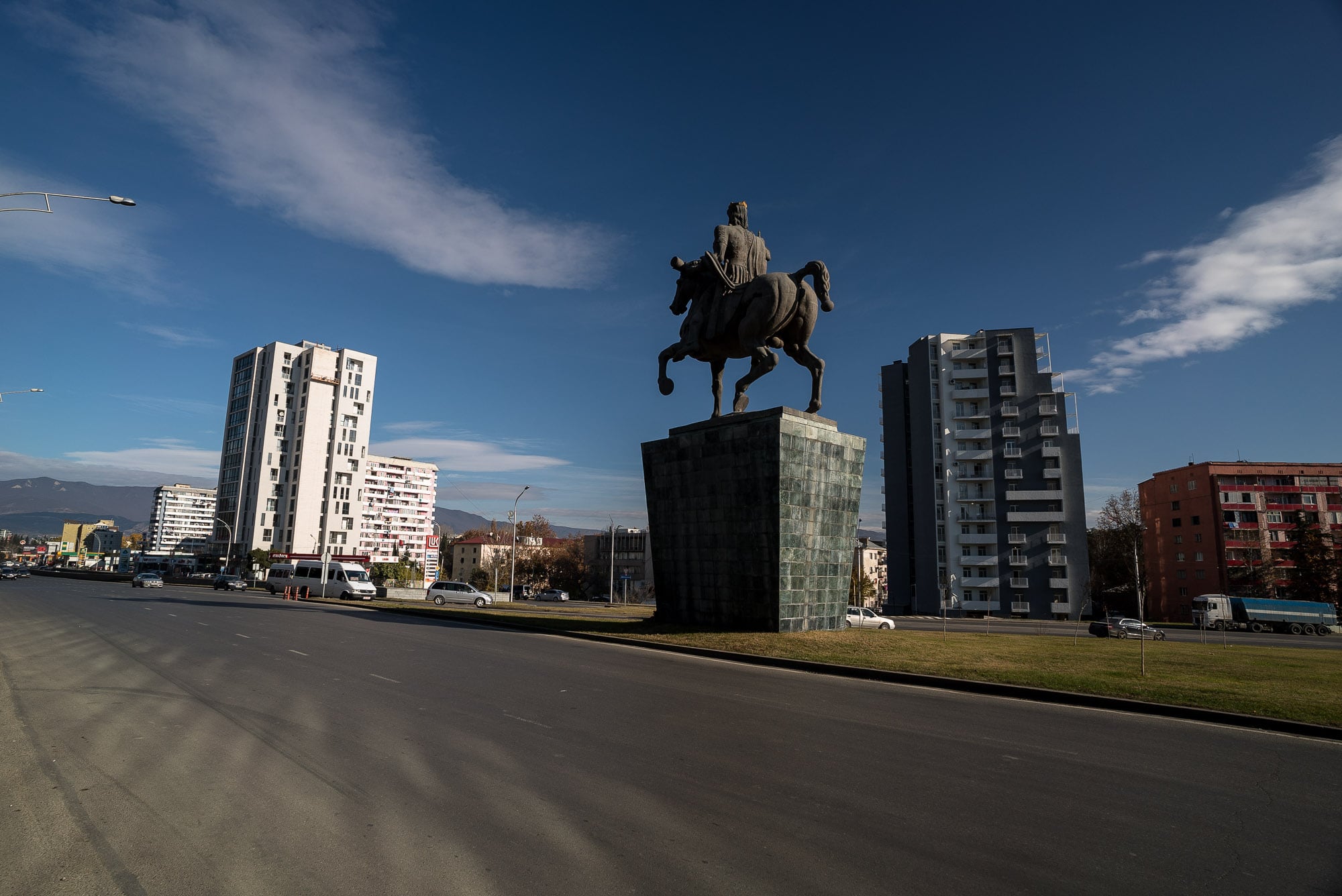 And then, after a few hours, the city was behind me. There was a bridge where some people were fishing: 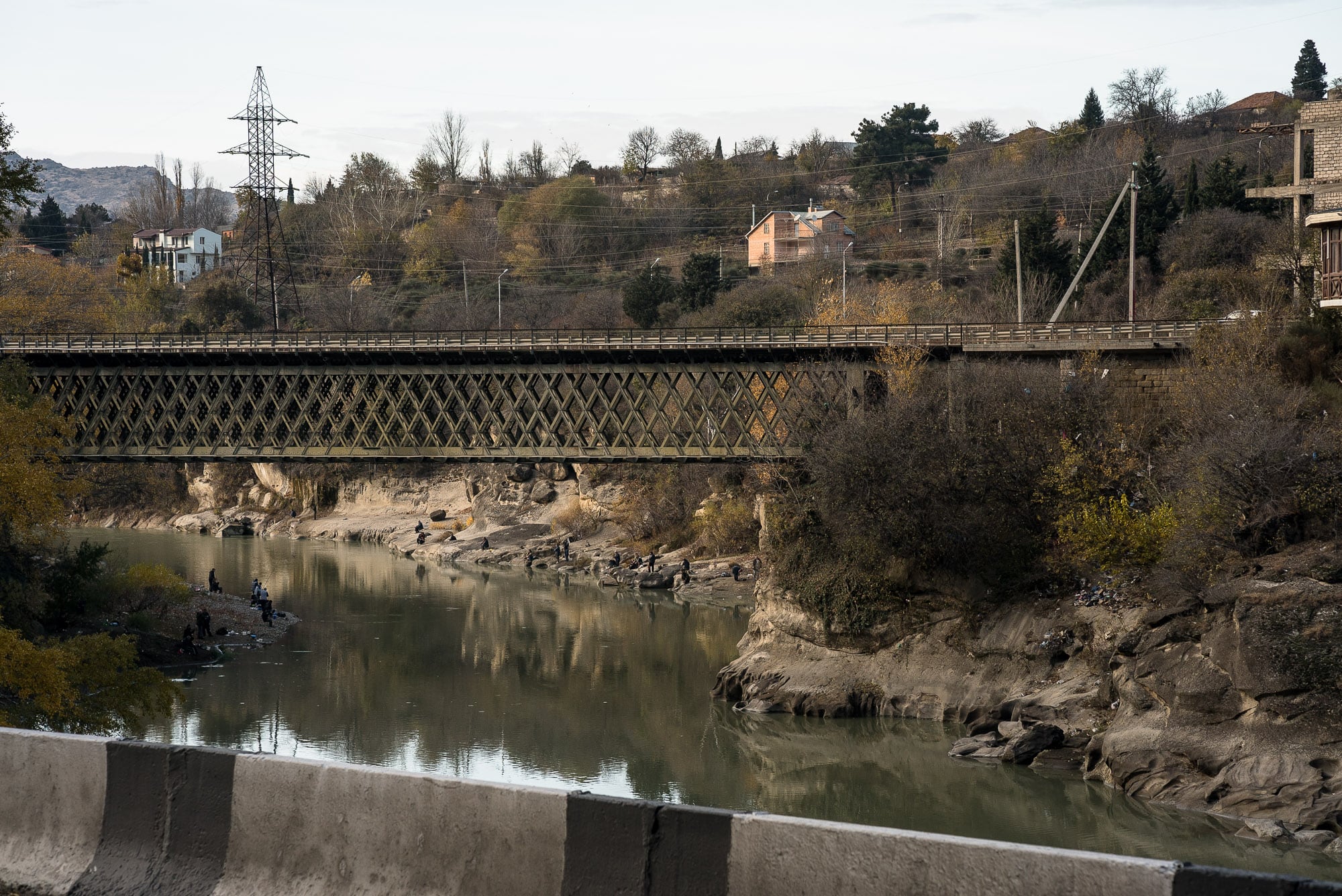 I sat down in the afternoon sun and had some tea, and this doggo came along and stared at me for a while: 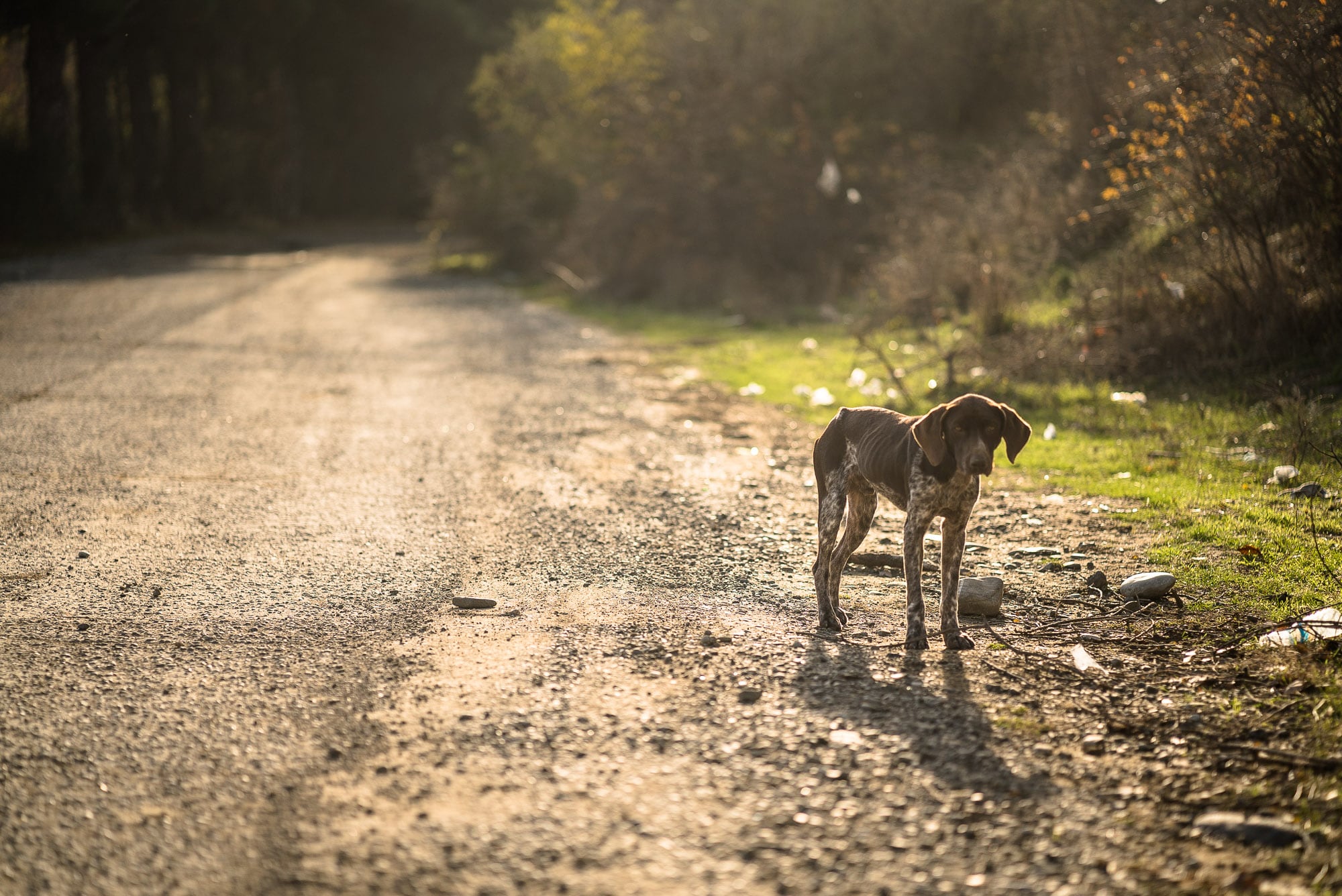 It was nice to not be barked at or otherwise intimidated.

The road was still pretty busy at this point, but then it split into two, and I somehow ended up on the better one (the one with less traffic).

An old lady was selling flowers by the roadside, and I bought a bunch: 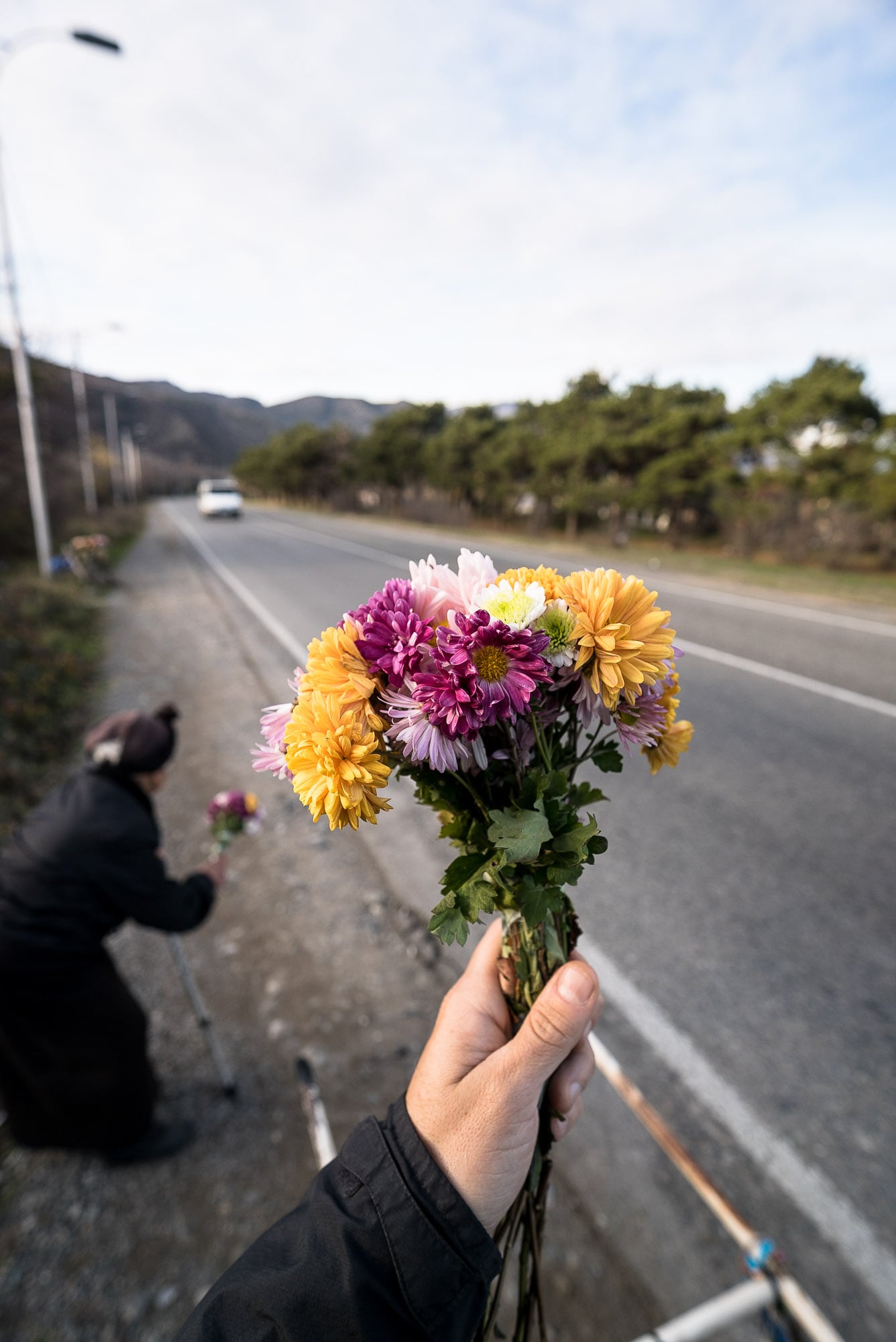 She was eighty years old, and she just stood there, leaning on her cane, holding her flowers: 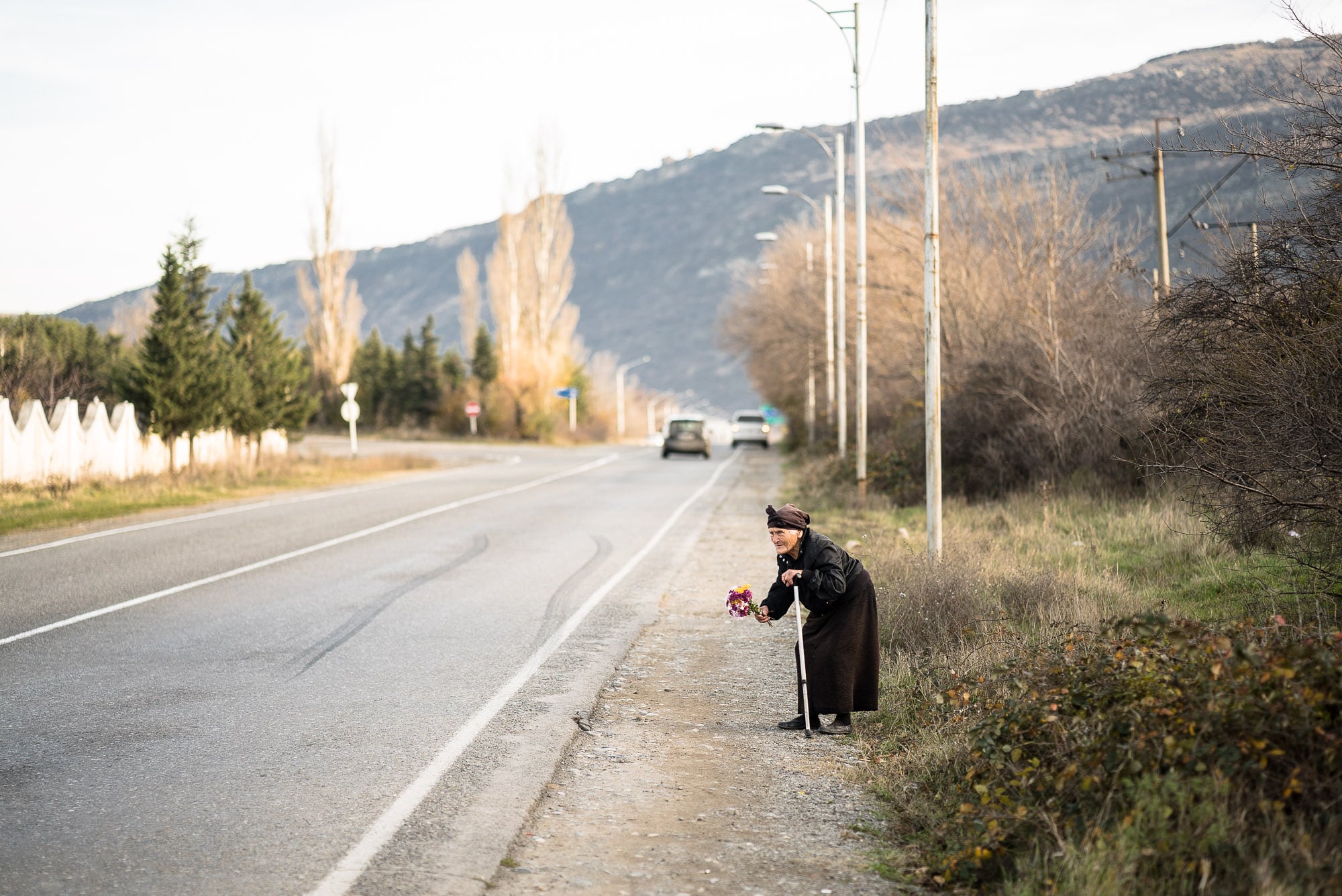 Then there was a river: 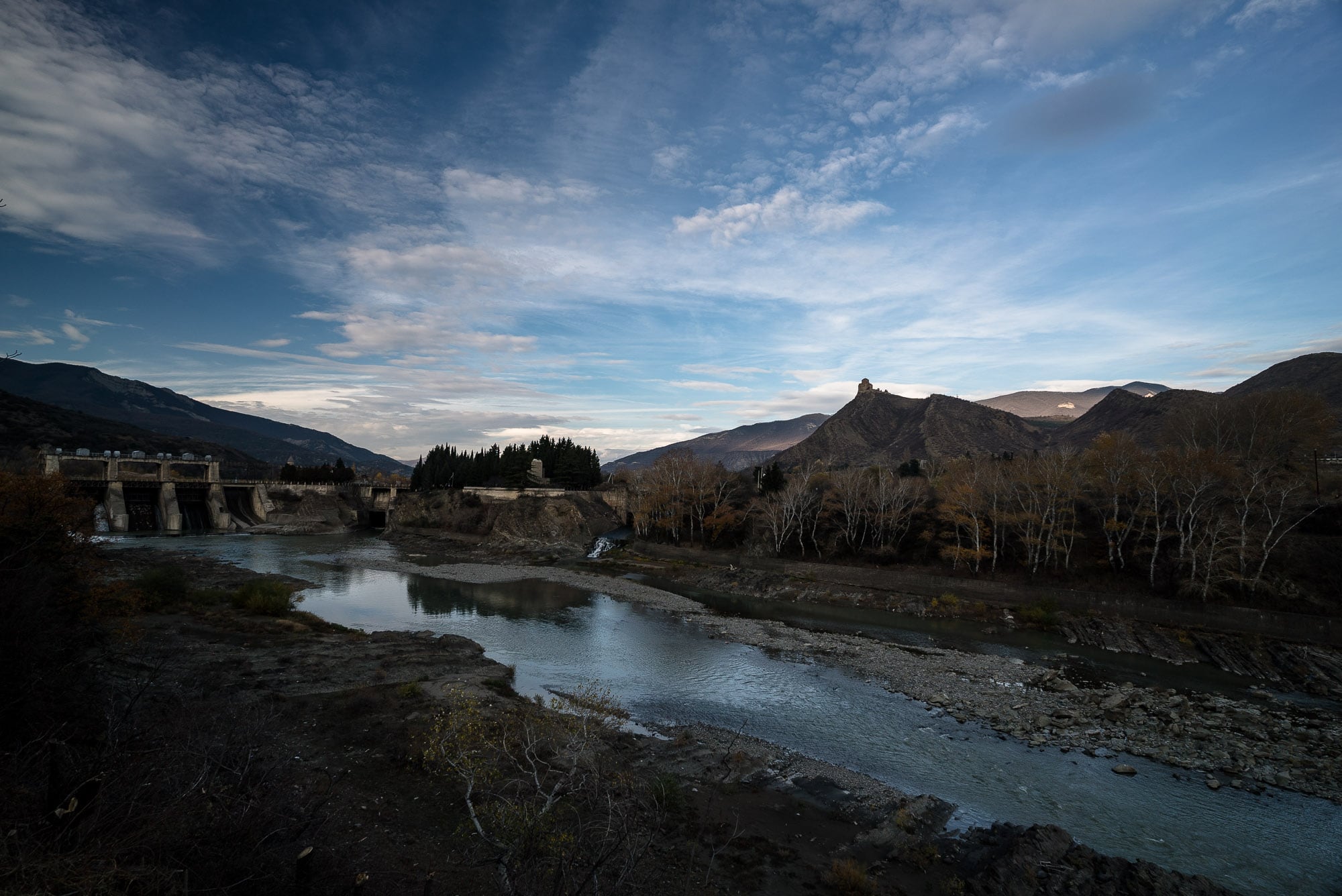 And above it, a monastery on a mountain: 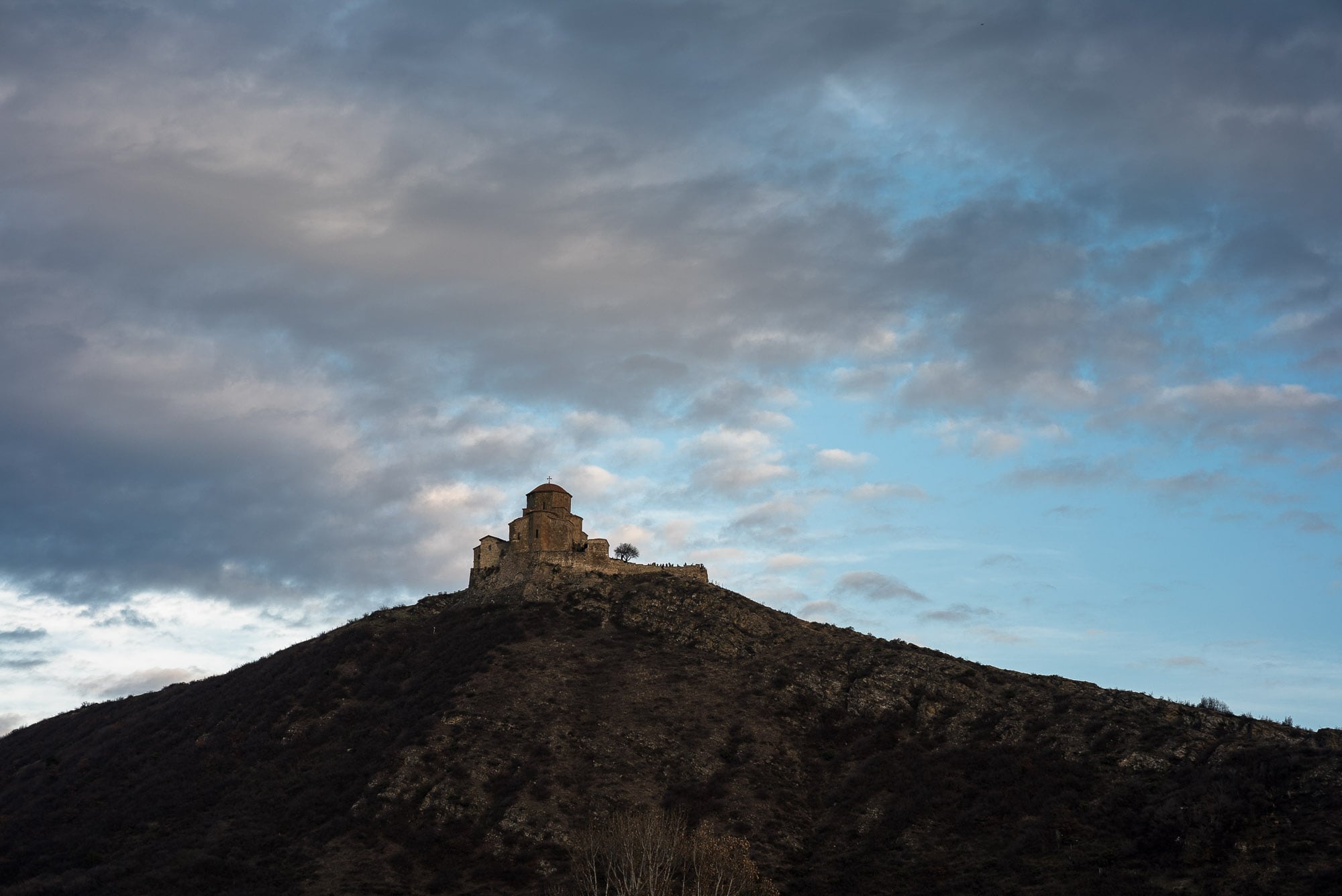 The road was became gentler the further I went: 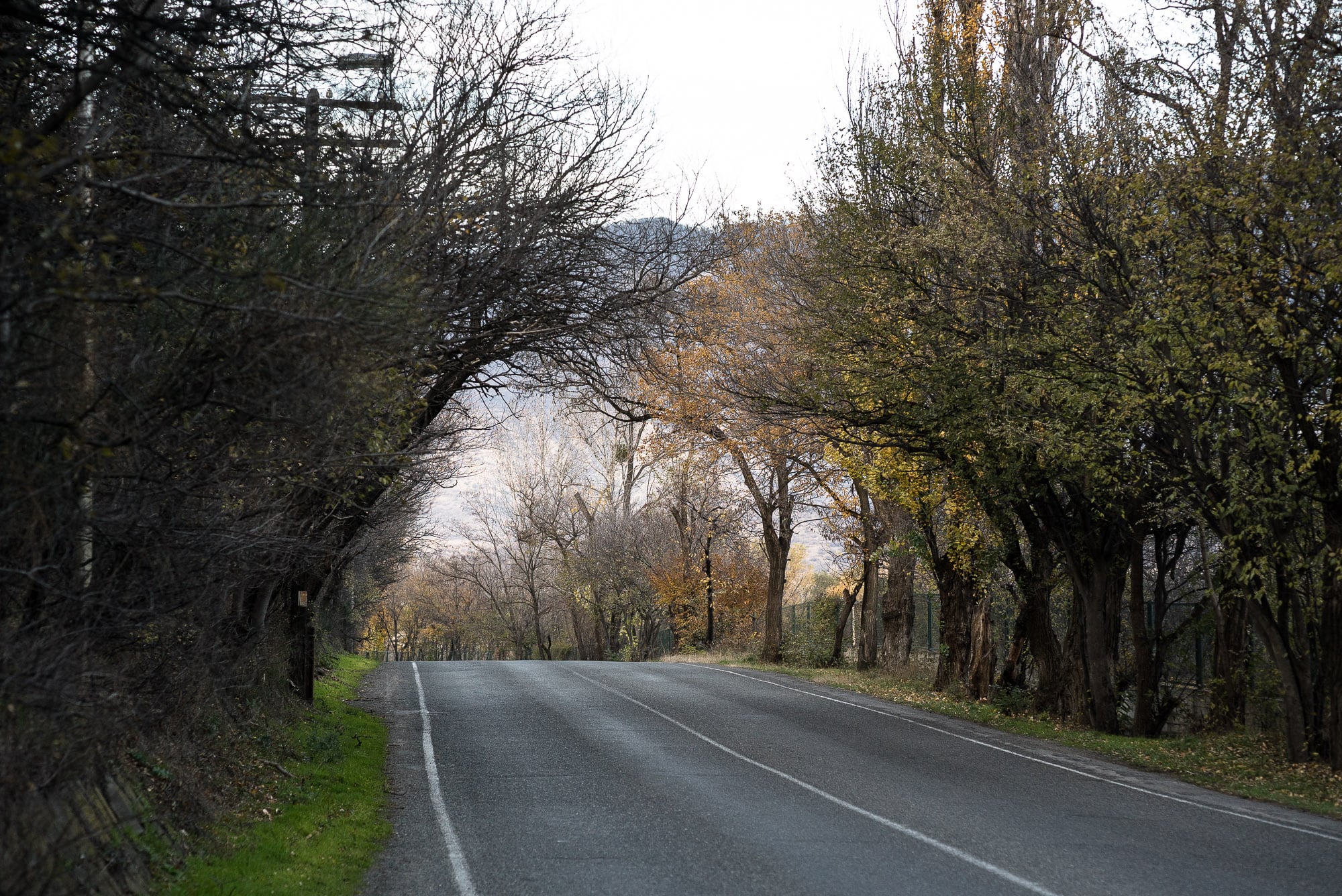 And then I was there, looking at the old town of Mtskheta: 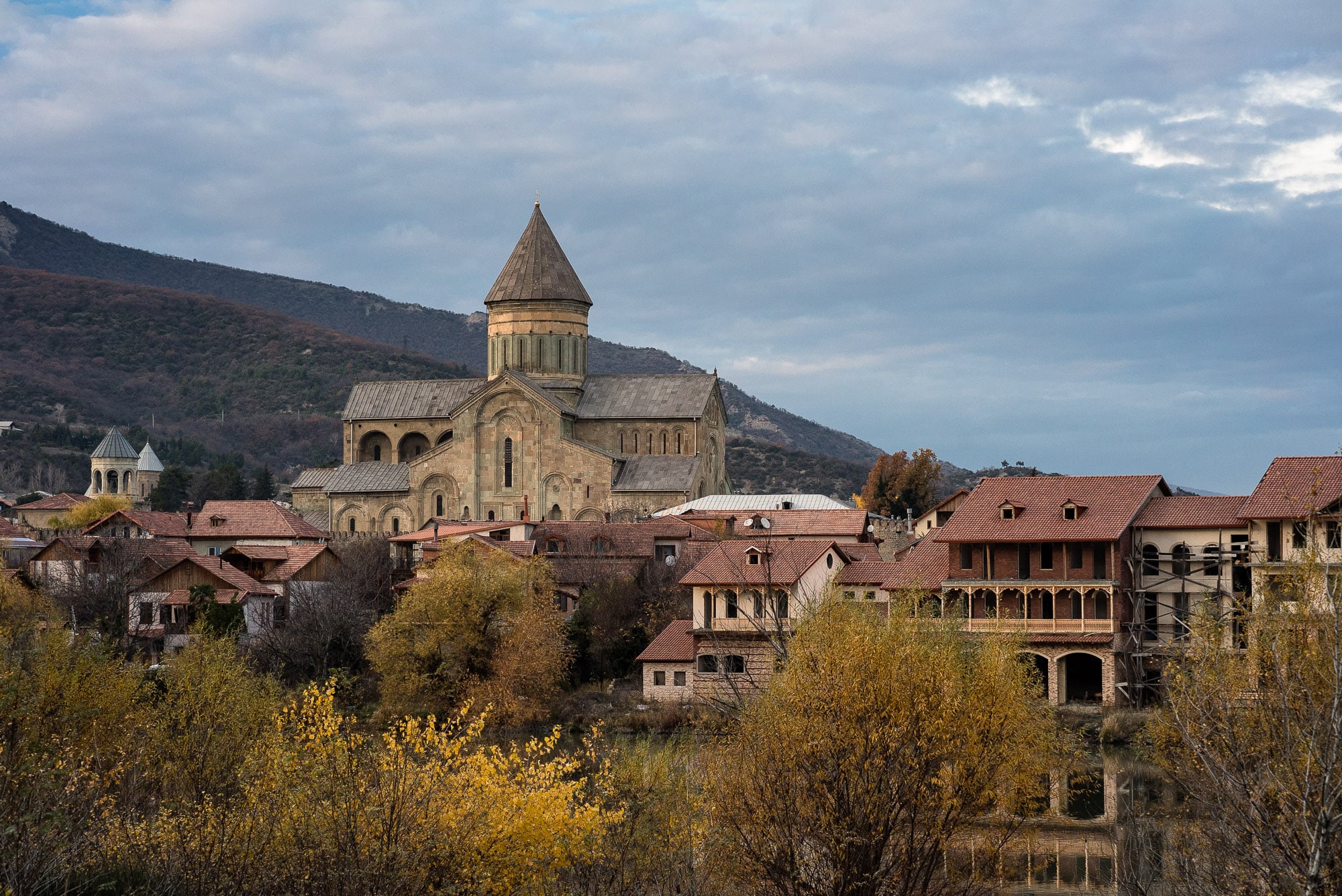 I had to take a little detour in order to get to the cathedral in the center, but when I did, Aleksey from Russia was there, playing his flute: 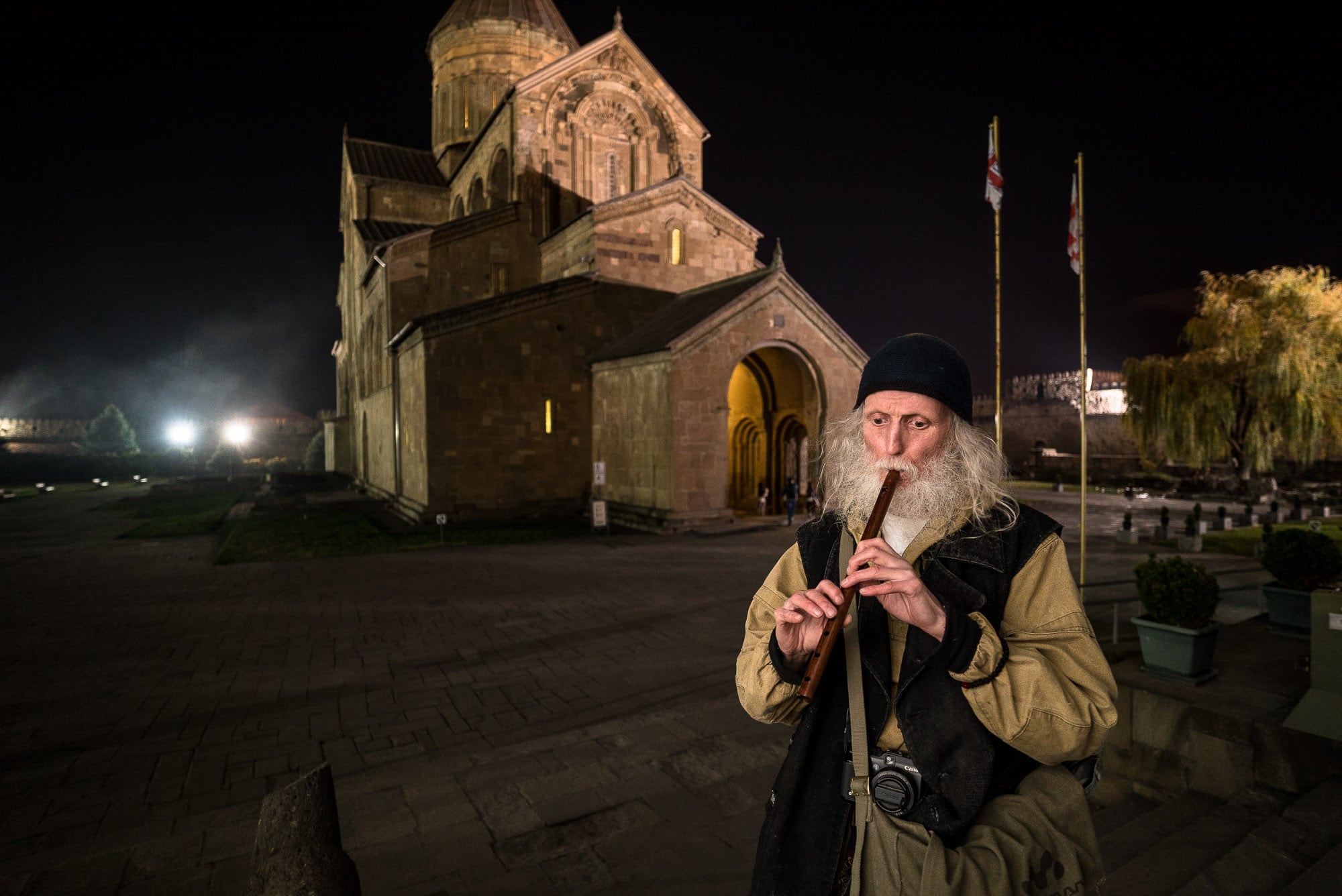 He lived in a monastery on an island near Saint Petersburg. More than twenty years ago, he told me, he had been on his own trip around the world, when he came to the monastery on the island and decided to stay there for a while. Just for a while. For a winter or so.

He had been living there ever since.

Day 1308
from Tbilisi to Mtskheta